Lots of pictures over the past two days, taken in short bursts of time. There didn't seem much to post about, but as I looked over the range of colours, perhaps every colour of the rainbow was represented.
This was taken Monday afternoon by the bike path in North Vancouver leading to the Lions Gate Bridge. I looked up to see a very faint rainbow. It will take a superhuman effort on your part to detect it, but this was all that remained by the time I got off my bike and took the camera out of its case. There were guards waiting near the entrance to Park Royal, just to the left of the path. I have no idea why they have been there for the past few days. A google search gave me no answers, but they asked me what I was doing when I got off the bike. When I told them I was trying to take a picture of the rainbow, they smiled. 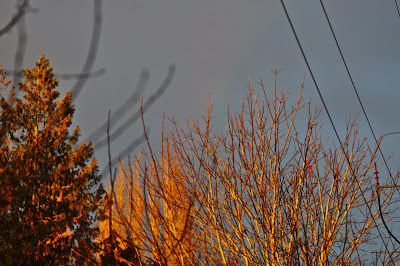 From the top of the bridge, the sky was quite dramatic. The silver lining of many poems seems more like gold to me. 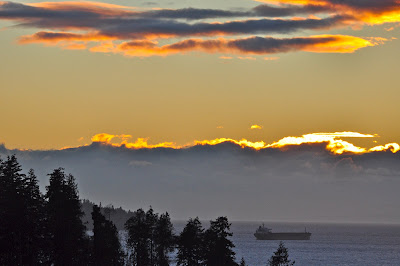 I zoomed in on the fire and smoke section of the sky. 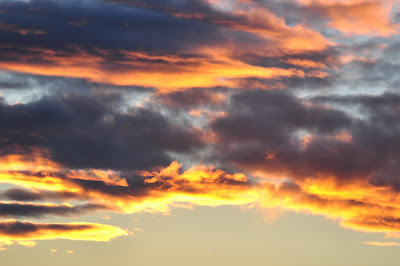 The tugboat and Seaspan carriers passed over pale water that held only the tiniest hint of the drama overhead. 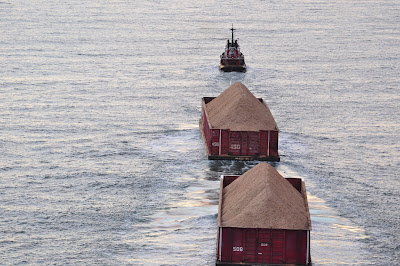 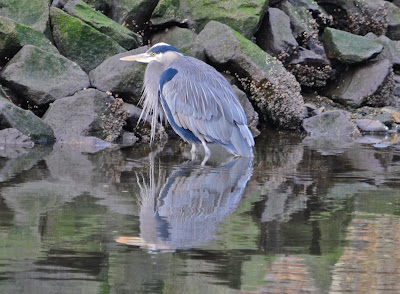 Not so much colour here, but the crow was watching me, and I like crows a lot. With a little imagination, you may detect some cobalt blue against the black. 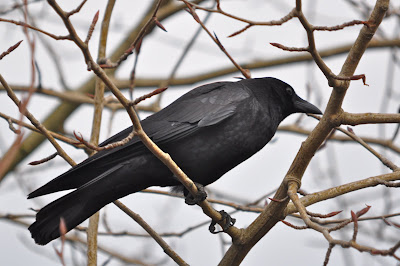 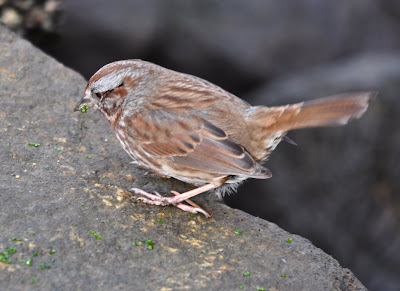 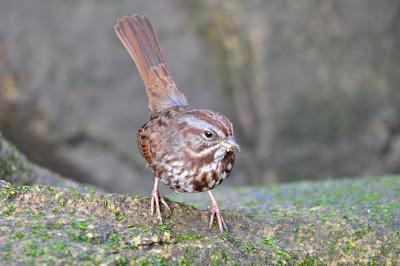 There is always a painting on this wall, and I noticed that it has changed. I tried to find a long-ago post to show the former version, but it will take more time than I have to find it. The unhappy face is hopefully cheered up by the surrounding colours. 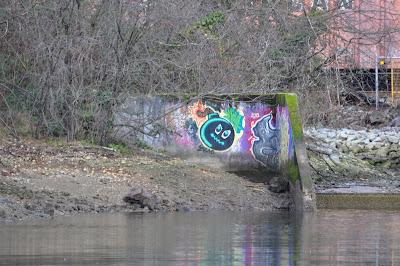 As I step from the rocks to the ground above, a small section of blue crystal twinkles in the light. 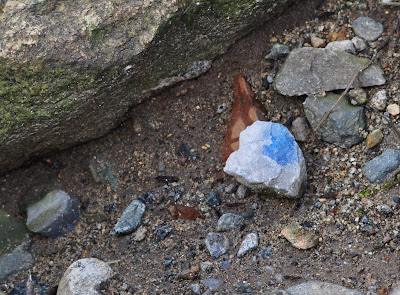 These curlycue branches don't have much colour, but they have character. Heart images in preparation for Valentine's Day? Or... 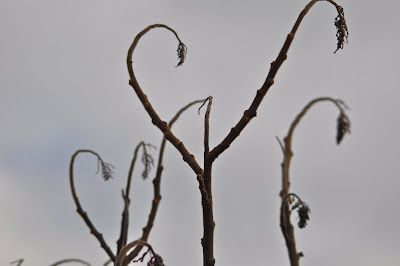 stick-figure people leaning back in a hearty belly-laugh? 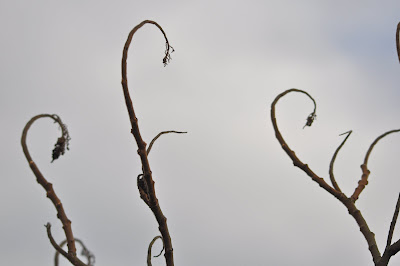 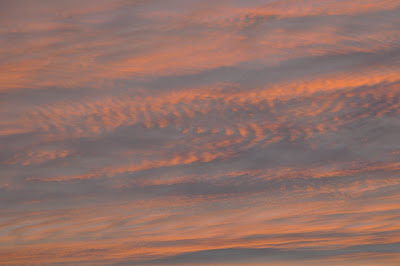 A few minutes later. Front row seats for the show. 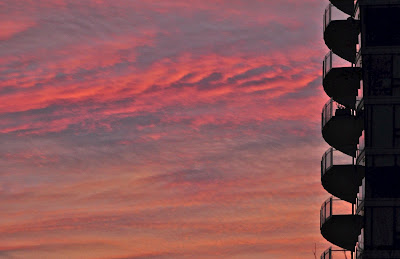 The ducks sit on pinkish water. 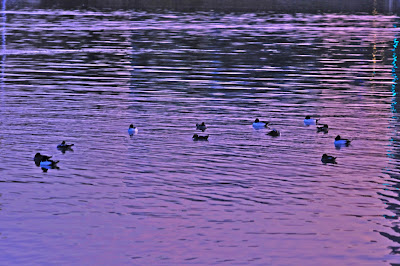 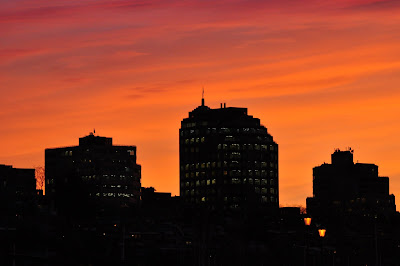 The camera makes the tree branches a bit too chaotic. This is one of those shots that look better with the naked eye. 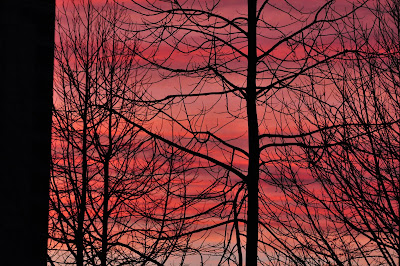 One-third of a silvery moon against purple sky. These shots are in succession, and seconds apart. 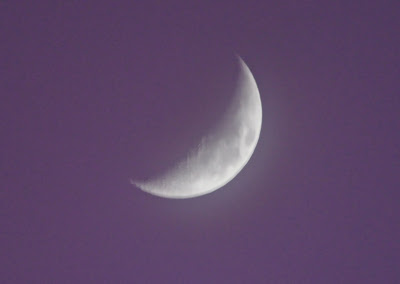 Now, the ducks float across a golden path. 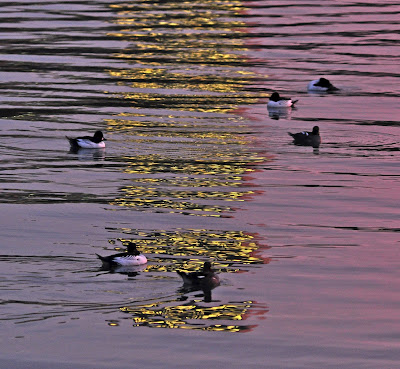 Monk's throws a little red into the mix. 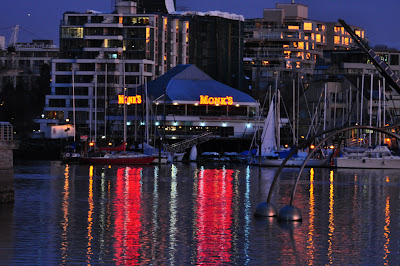 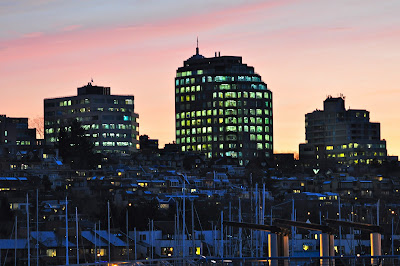 Silhouetted trees over polk-a-dot mystery lights as the show comes to an end. 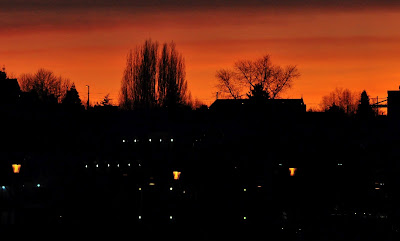 Procrastination comes to an end as well. Time to do some school work. Happy middle-of-the-week to you!
Posted by Black Jack's Carol at 6:00 AM