I lost most of this post when I published, and so took it immediately off the site.  That rather robbed the fun of blogging for a couple of weeks, but here I am again.
Yesterday, I met one of my blogging friends for the first time.  Having enjoyed "Penelope Puddle" for well over a year, it was a great pleasure to spend a few hours with her.  I hope to write about our day soon.
In some unexplainable way, Penelope seems to have inspired me to get back on the blogging wagon.  So, here is what was left of that very long - definitely too long - post.  I have another way-too-long post in the works entitled "Thoughts about Canada."  I began it on Canada Day, and if it publishes, vow never to write such long posts again.  Short ones make so much more sense.
A purple bloom..  the final flower shot during a seawall walk on the evening of June 14th. 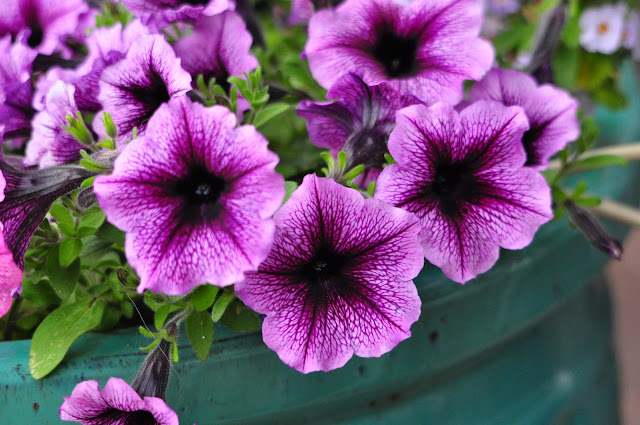 I hurried home to have supper with Bill and watch Game 7 of the Stanley Cup finals between Boston and Vancouver.  I had worn the Canucks shirt with Ryan Kesler's name and the number 17 on the back (kindly lent by a colleague) every game day.  Flattering, it wasn't, but I enjoyed getting into the spirit and I was especially proud to wear Kesler's name.  He played his heart out, even when injured, and I wish him a speedy recovery from his recent hip surgery.  Interestingly, I have just learned that he has the same birthday as my niece, and that is somehow not surprising as she too gives her whole heart to whatever she does.  Sometimes, people walking, riding bikes or driving alongside as I traveled to and from school would call out, "Hey, Kesler!"  That would always make me smile. I stopped by the Lions to record the moment, butterflies dancing in my stomach, but overall, feeling Vancouver had a good chance of making playoff history. 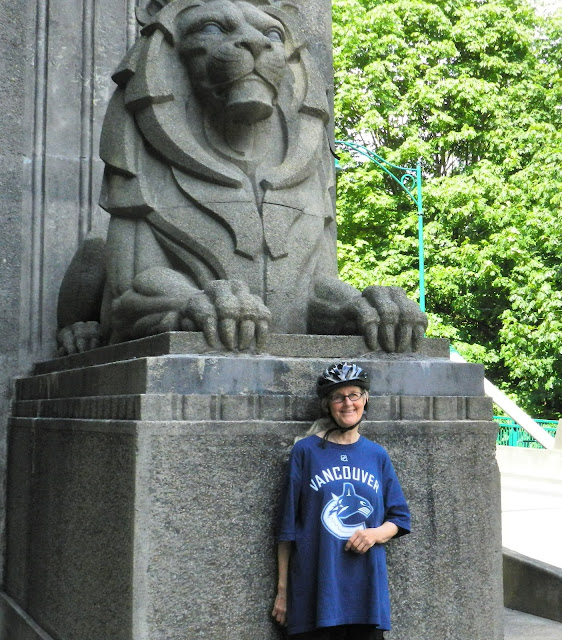 At half time, things were not looking good, and Bill and I went around the corner to Sciue (there is Italian music attached to that link) where we drowned our sorrows in  a delicious latte.  Black Jack waited, as she always does, in the doorway.  Perhaps, her expression said, "Don't give up yet."  More likely, she was showing her perpetual hope that she might earn a treat for her good behaviour. 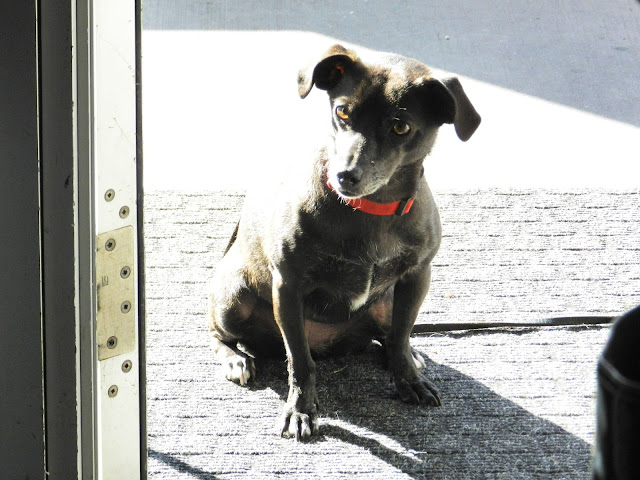 Later, the Stanley Cup justly awarded to Boston, Black Jack retired to the balcony, unable to bear the disappointment (more likely watching the action in the tree).  Shortly afterwards, sirens began to wail, smoke filled the air and Vancouver experienced one of the more shameful nights in its sports history.  How had such a vibrant and fun city deteriorated so quickly to infantile rioting?  I slept very little that night. 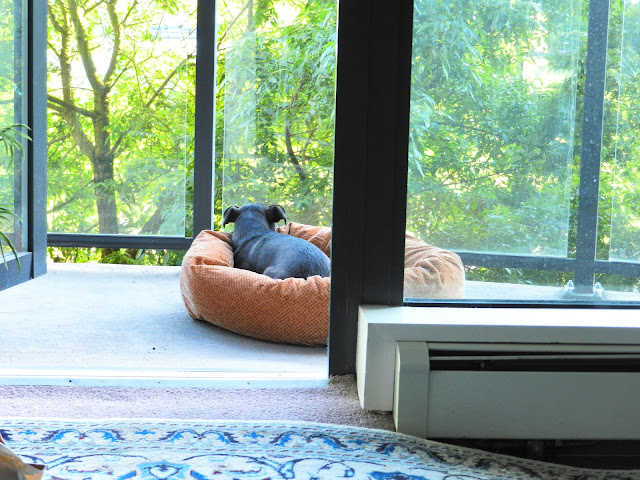 The next day, many of us were in shock.  The international students at my school, mostly uninterested in hockey, had been starting to get into the playoff spirit, but what they saw of the riots convinced them that hockey is a "stupid" game.  We talked about it in class, and they told me that friends and relatives from countries across the world had witnessed the mayhem.  Suddenly, Vancouver was no longer the place to be.  Although I tried to separate the game from the behaviour of thugs, I could see where they were coming from.  I will never understand people who destroy their own beautiful city.  What were they thinking?
I stopped by the heronry that day, and watched three chicks arguing noisily, 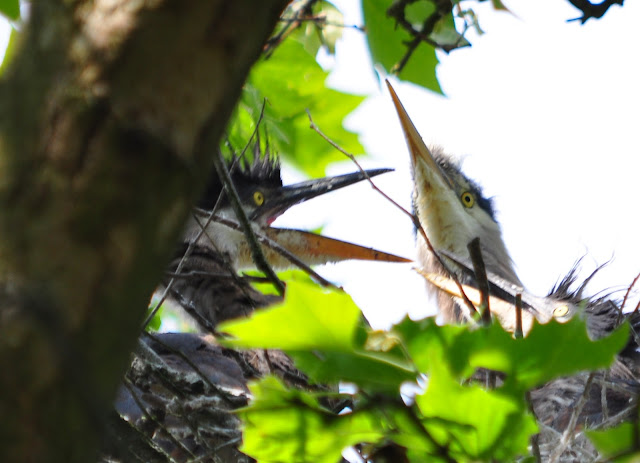 their topknots bristling with one-up-manship. 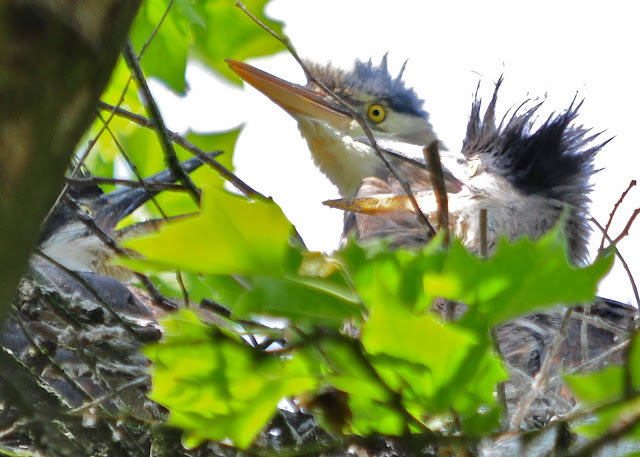 Some lose and some win, and life goes on. 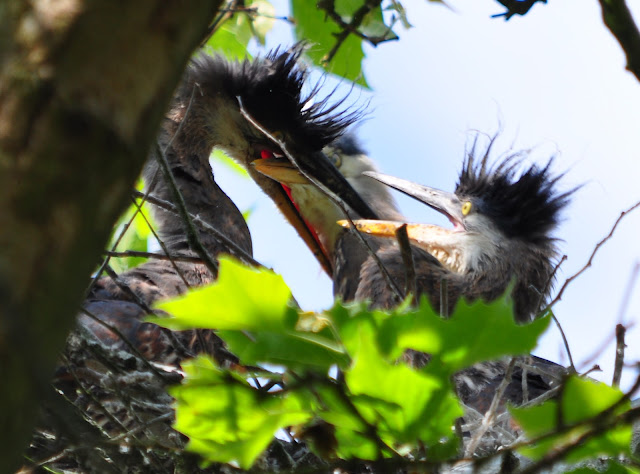 That's it for now.  If any of you are still with me after such a long absence, many thanks for reading.  I will be back soon.
Posted by Black Jack's Carol at 1:10 PM