An Oasis of Opportunities

I am trying ABC Wednesday for the first time, and the letter "O"  brings several words to mind immediately, as I think about my beautiful city of Vancouver.

Living here provides an OASIS of  OPPORTUNITIES for learning by OBSERVATION.  Just a couple of weeks ago, I was OVERJOYED to discover this Bushtit's nest in the park across the street from where I live.  The nest hangs from a branch and is camouflaged, so it is very easy to miss.  It is about the size of a medium sock, and the OPENING shown in this picture is just large enough for the adults to enter. It makes me laugh to see it swinging when they are working inside. 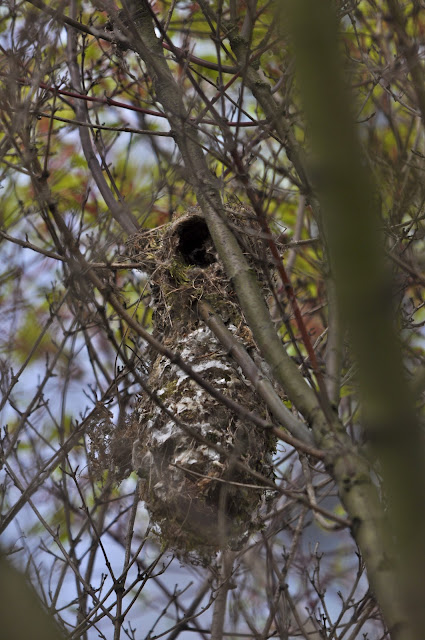 Bushtits are tiny little birds (smaller than chick-a-dees but bigger than hummingbirds) and OUTSTANDING acrobats.  I've shown this picture before, but for new readers, this is an example of the way they are as comfortable upside down as they are right side up. 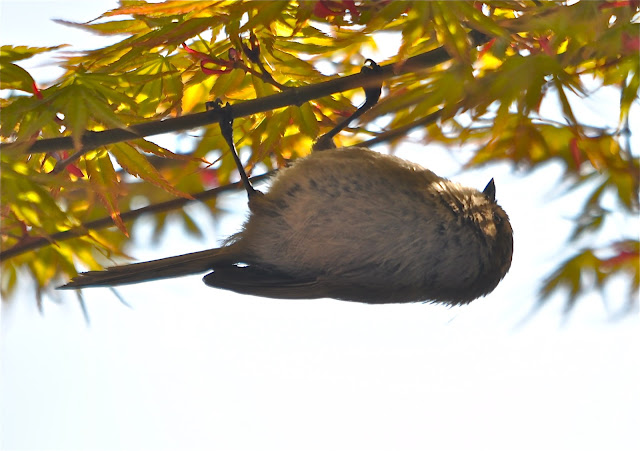 Their nests are made from spider webs, grass and moss.  This bird has something in its mouth that it is about to deposit in the opening. 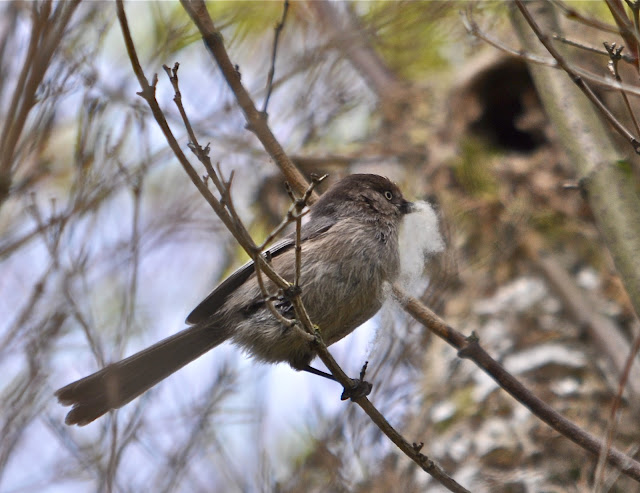 I'm not sure if the material is from a spider web.  It looks more like fluff to me.  In this photograph, I OBSERVED that the Bushtit's tail is much longer than I had realized and has a delicate beauty when fanned OUT. 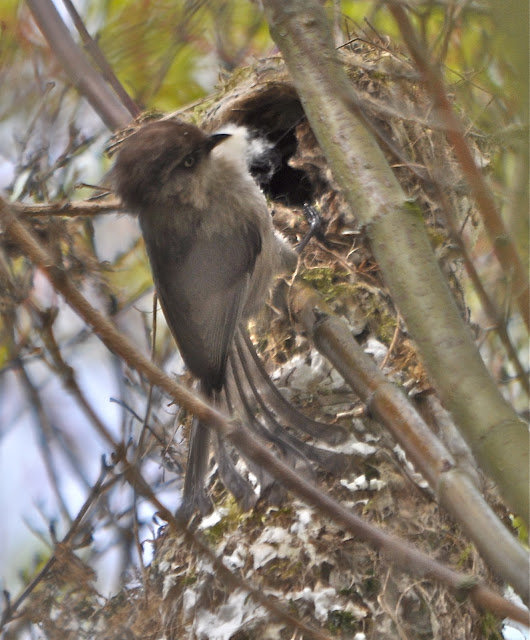 It took a little bit of patience after the Bushtit disappeared through the opening.  First, the nest swung a bit, and still I waited.  Finally, the Bushtit appeared.  It OBSERVED its world, first to the right.. 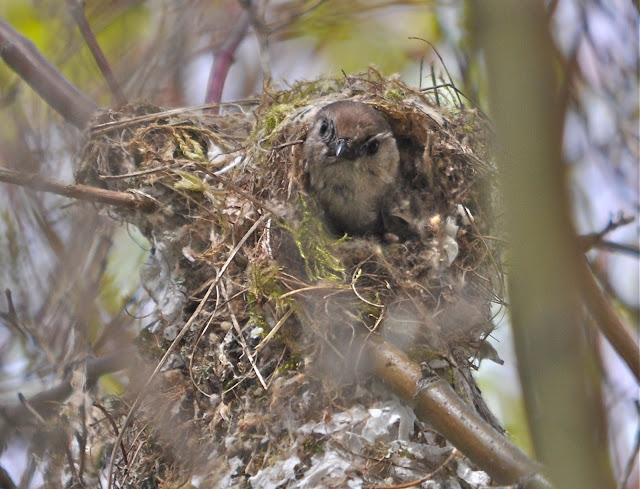 and then to its left, before departing to find more nest material. 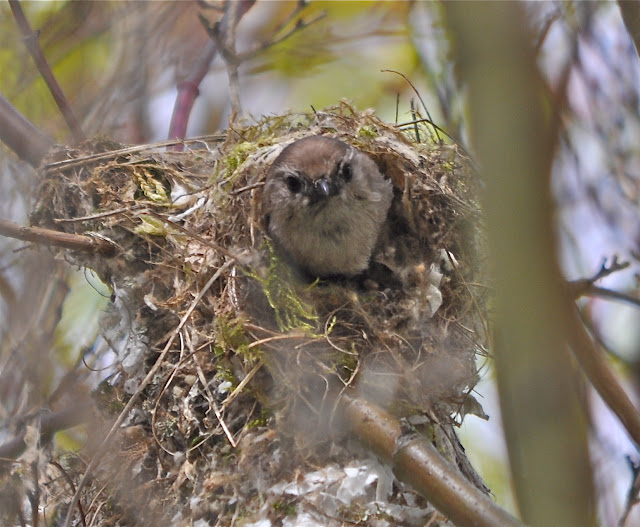 It is easy to understand why so many birds and bees consider the park to be an OASIS.  Right now, there are Magnolias.. 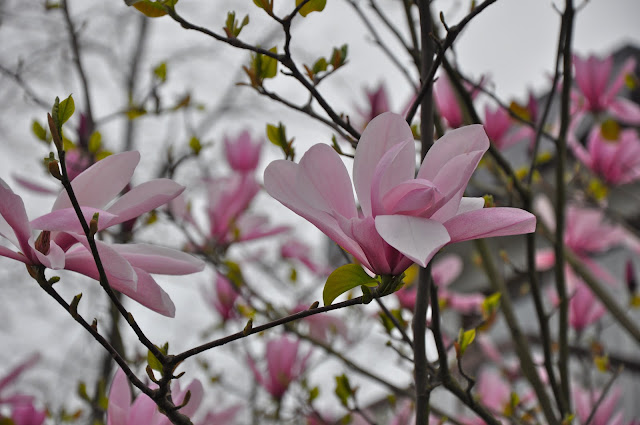 and many other flowers in bloom.  Humans also enjoy its tranquility.  I often spend a few minutes sitting on the park bench, taking in the birdsongs and aromas around me. 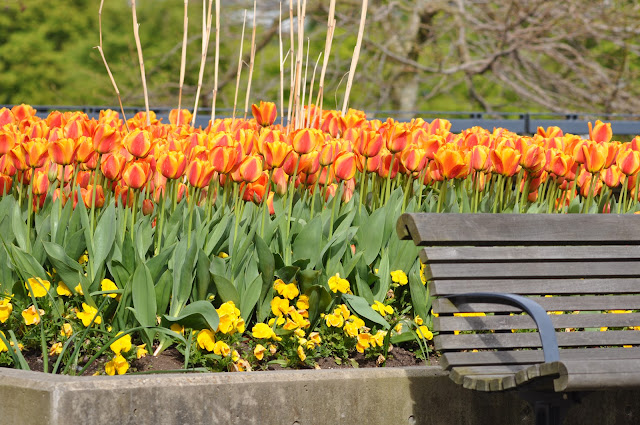 I used to be quite afraid of bumble bees, but have come to enjoy watching them.  I had the feeling this one was OBSERVING me as closely as I was, it. 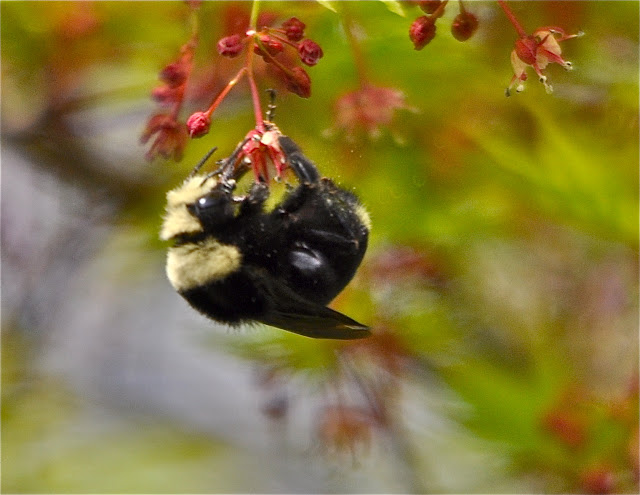 It seemed to have eyes at both ends, but I think that is just an illusion :) 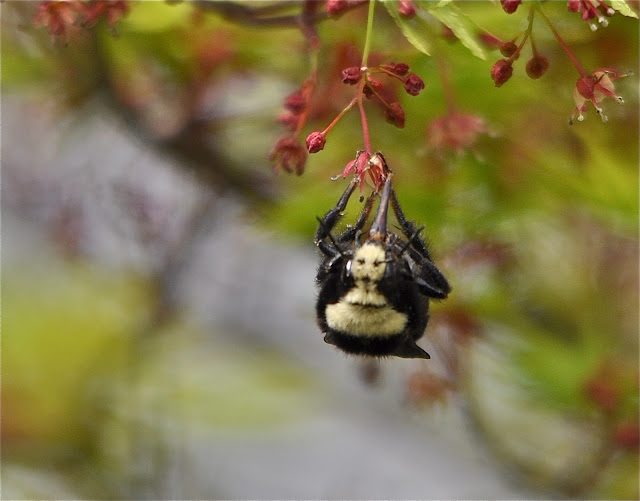 Kinglets also hang out near the Bushtits.  This one OBSERVED me from the side.. 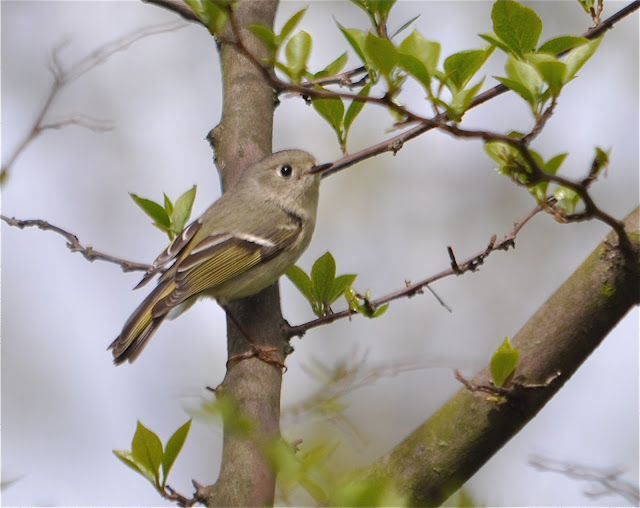 and straight-on as well. 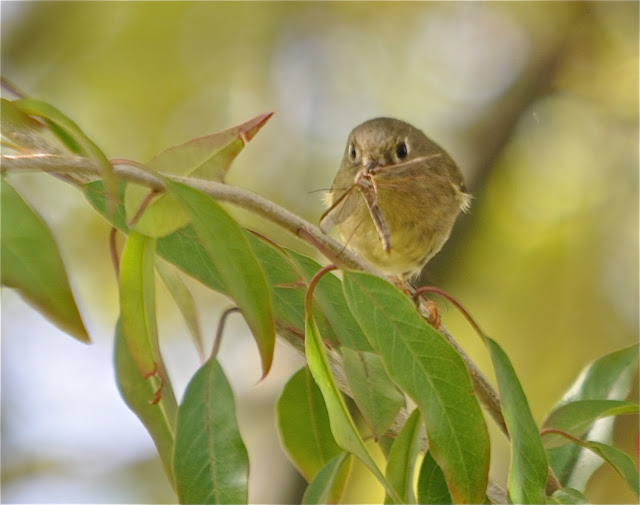 My friend, Bill, and I enjoy many cultural OUTINGS that give us OCCASION for thought and growth.  Last Friday, we saw "Ubuntu" at The Firehall Theatre.  I did not take this wonderful photo, but found it in The Vancouver Courier, where I read a very positive review of the play.  Although OPEN-MINDEDNESS is very important to me, that also entails showing the same level of respectful criticism, regardless of the cultural message in a work.  Both Bill and I loved so many aspects of this play.  The staging, choreography, music and acting were very, very strong - right up there with some of the best we have seen.  However, we both had some problems with the story line, and very few reviewers have addressed this, perhaps worried about appearing to be politically incorrect.  What I personally took from this play, along with an OUTSTANDING evening of  entertainment, was a feeling of being immersed in the aural and visual stimuli that must OVERWHELM newcomers from very different cultures.  I could feel the two African characters' pain in my gut as I OBSERVED them taking the subway and starting new jobs in a bustling city.  That will always stay with me and will result in my growth as a more empathetic human being. 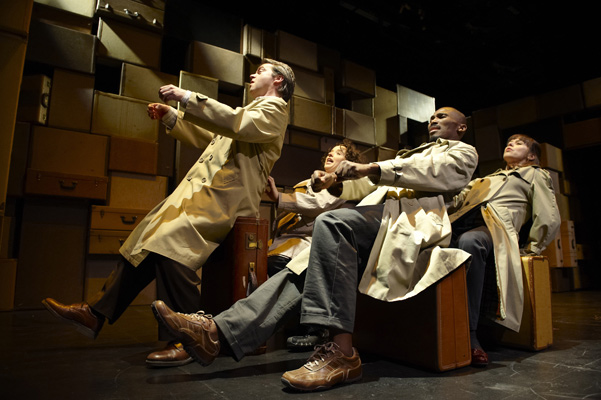 Another OUTING that we very much enjoyed was a dance performance called "Shifting States" that highlighted some OUTSTANDING talent in Vancouver.  My eyes have been OPENED lately to the ways that a human body can move.  It seems to me that contemporary dancers are less confined to classical techniques that require unnaturally thin bodies and movements that result in a high possibility of injury at a young age.  I continue to enjoy classical ballet, but am OVERJOYED to see a wider range of creative expression in the choreography we have been privileged to OBSERVE lately. This photo is taken from the Edam Dance web site but I also want to mention OUT Innerspace, also part of the performance on Sunday evening. 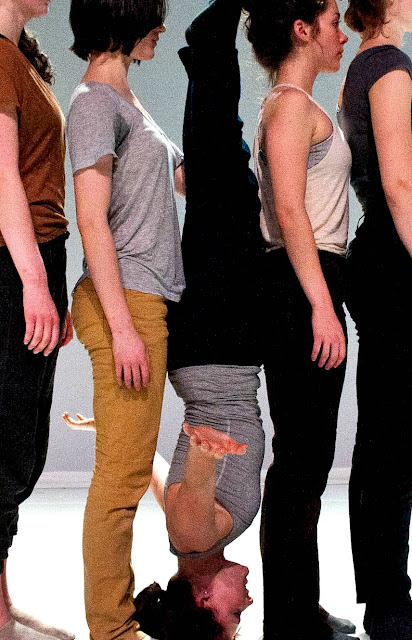 The performance was in this building at 303 East 8th Avenue.  Although the building may at first appear nondescript, it turned out to be a funky and uniquely wonderful venue.  On the left side of the building are five tall windows (not shown, but similar to the tall windows shown at the front), and one scene stays in my mind as a highlight of the performance.  Five girls ran across the floor, and jumped into (not through) the OPEN windows, where they were draped partially OUTSIDE and partially inside the room.  That OPENED my eyes to possibilities of space usage that I would never have thought of on my own.  Another act, "Entrances and Exits" used the two doors at the back of the room.  I learned that this choreography will change, depending upon the particular characteristics of each venue.  The title, "Shifting States" seems more and more appropriate, as I think back to our experience. 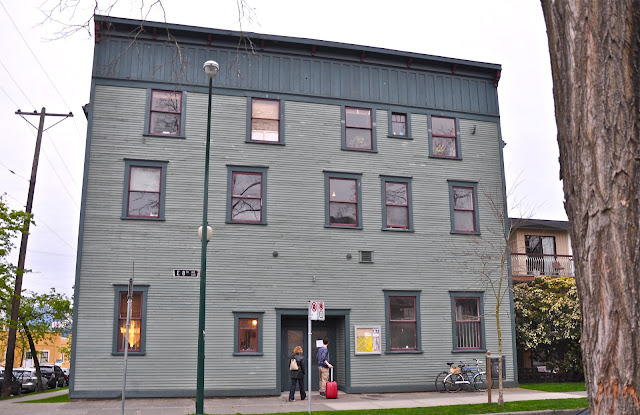 More OBSERVATIONS and some OBLIGING Vancouver people
Other "O" words come to mind as I remember our walk the other evening, just before the performance.  We had arrived early, and so wanted to explore Mount Pleasant, the area around East 8th Avenue.  Moments after we got out of the truck, this skateboarder whizzed by at an insane speed, and Bill was amazed at his sudden way of braking.  (I think he used the side of the board.)  I somehow managed to catch a blurry photo.  I really smiled later when I looked at the picture.  He was OBSERVING his world as much as we were, him. 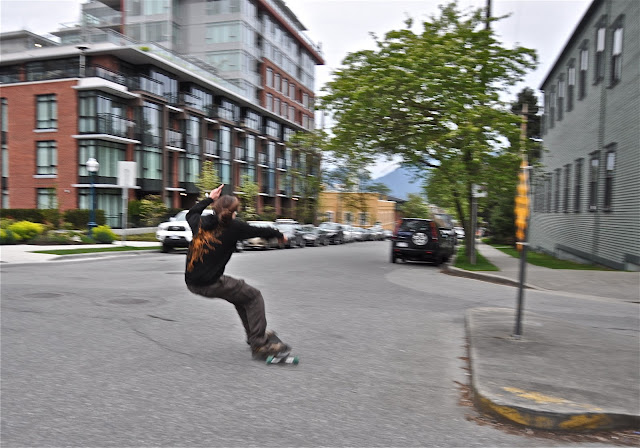 That is indeed a camera in his hand. 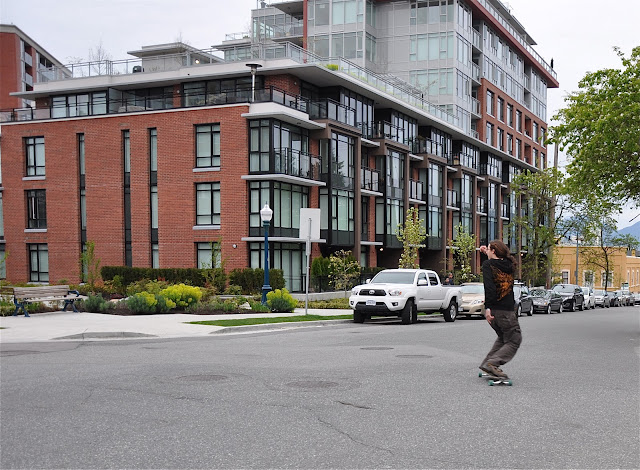 Bill is one of the most OBLIGING people I know, and never turns me down when I ask to take a photo of him.  Thank you, Bill! 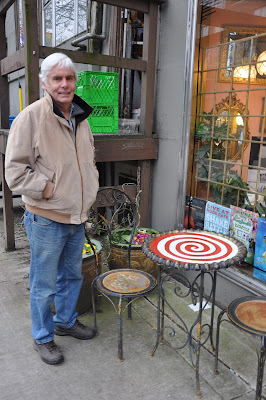 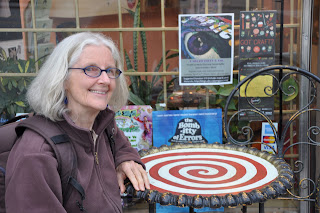 He in turn asked to take one of me, and although I am not always quite so cooperative, I agreed on this OCCASION.  He said it was for Phyllis (his sister), so I have posted it here.  We were in front of a very funky and interesting looking unisex barber shop on Kingsway Street.


Below, you can see two more OBLIGING people who agreed when I asked to take their photos.  They were eating burritos from a restaurant called Budgie's Burritos and they said they were delicious! 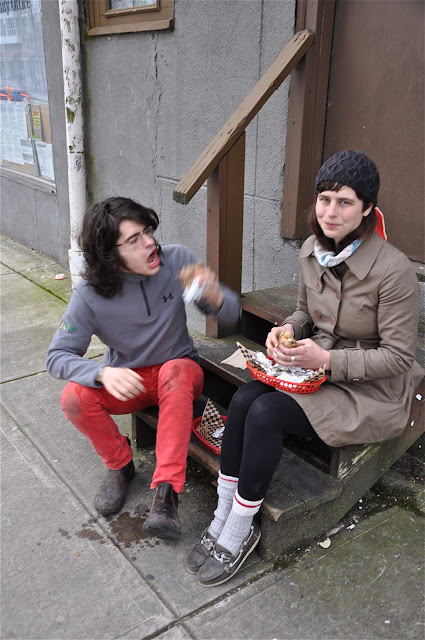 What great smiles they had!  Again, I am struck by what an OASIS of OPPORTUNITIES Vancouver provides.  Nature, entertainment, good food and absolutely fun people.  I didn't learn their names, and they will probably never see this, but I thank these two young people from the bottom of my heart! 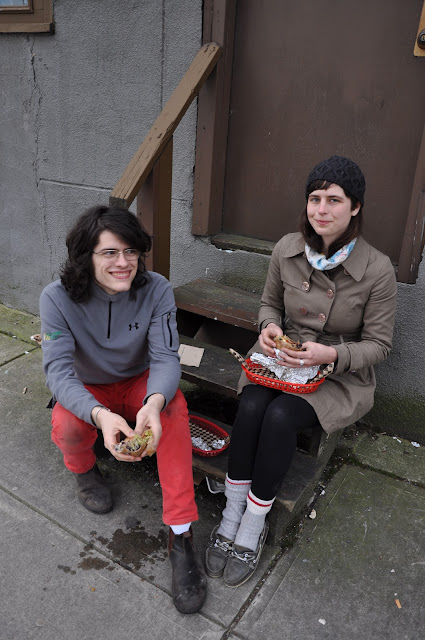 I hope to try Budgie's Burritos myself one day. 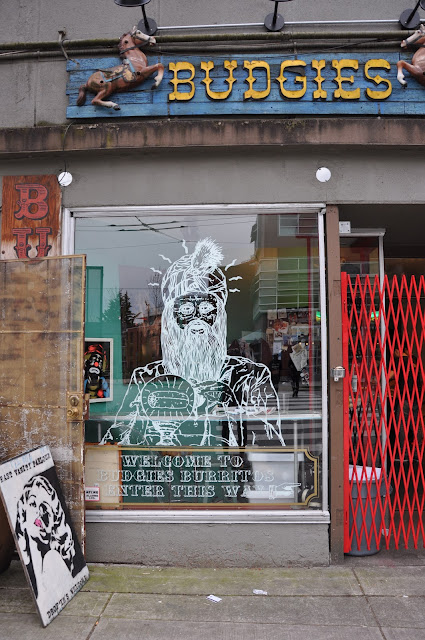 My last OBSERVATION for that walk was a mural that we discovered near the dance venue. I found that another blogger also appreciates it. 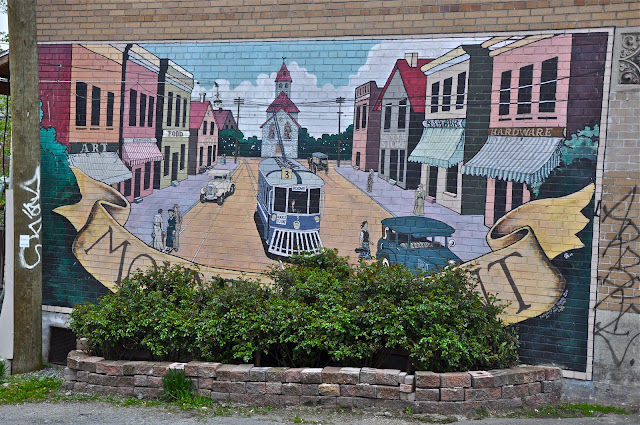 Looking at just one small section of the mural, I loved this violinist about to get into her car. 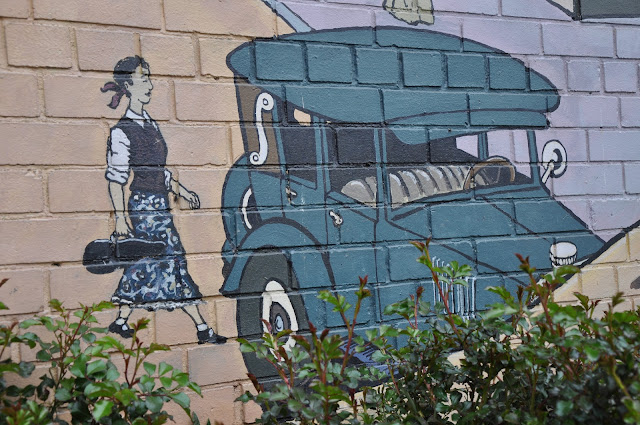 Another section showed a bus from quite some time ago.  The "Hockey Today" sign was particularly appropriate since the Canucks were playing a crucial game the next day.  In fact, they lost to Los Angeles.  My congratulations to The Kings.  They deserved the win.  To the Canucks: I know you gave it everything you had.  You played like gentlemen and I am proud of you.  To the fans: my heartfelt thanks for your mature behaviour! 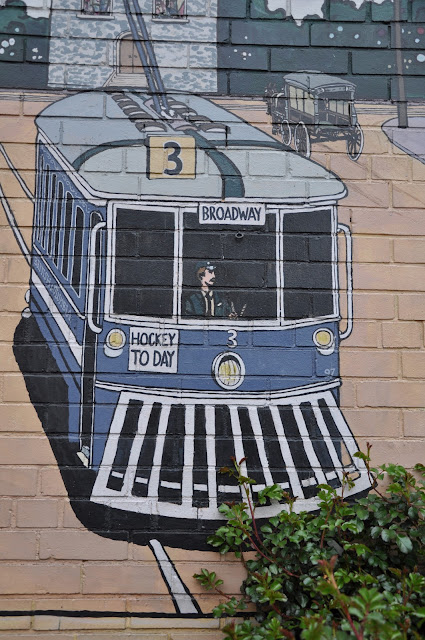 This banner in Mount Pleasant perhaps sums up my OBSERVATIONS about the many OPPORTUNITIES to enjoy in Vancouver.  This beautiful city is truly an OASIS for me. 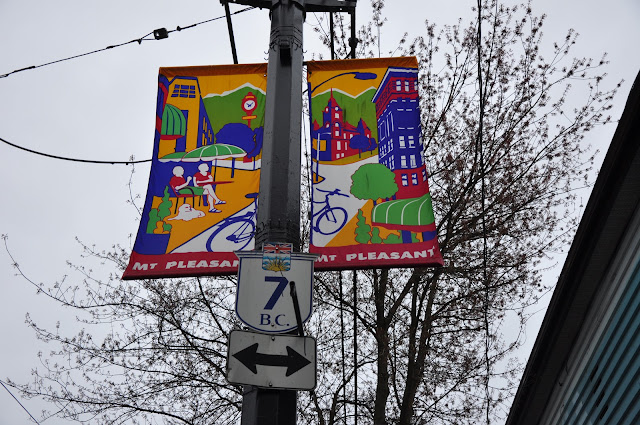