Most of the "critters" I've seen lately were of the winged variety.  All except the otter shots were taken one day during a walk between Sunset Beach and Lost Lagoon, Vancouver, BC.  I saw the otter in Jericho Park on December 23rd, 2009, and showed the photos before but perhaps most blog visitors will be seeing him/her for the first time.  It was, I suspect, a once in a lifetime opportunity to get that close to an otter with a fish.  The final two shots are a little bit disturbing as the poor fish has, in my view, quite a distressed look in its eyes. 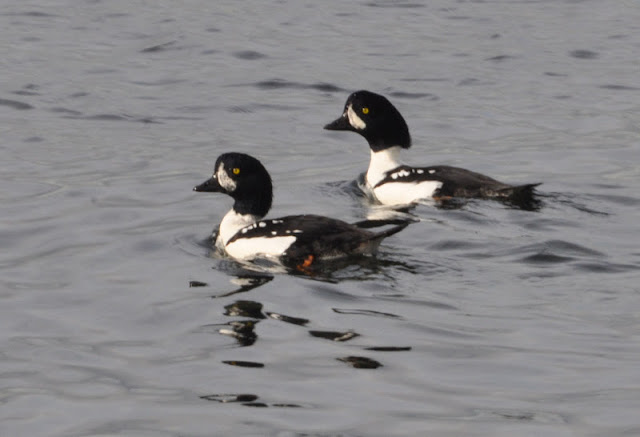 This eagle pair lives in Stanley Park and has been around for a long time.  I love them, except during the heron nesting season.  They have learned that the heron eggs and chicks are very tasty and that makes for some high drama that I accept but still find sad.  This was taken well after the herons had left.  They were very high in a tall tree and I think may have been calling to one of their offspring.  In this shot, the lower one (can't distinguish the male from the female here) calls, and then.. 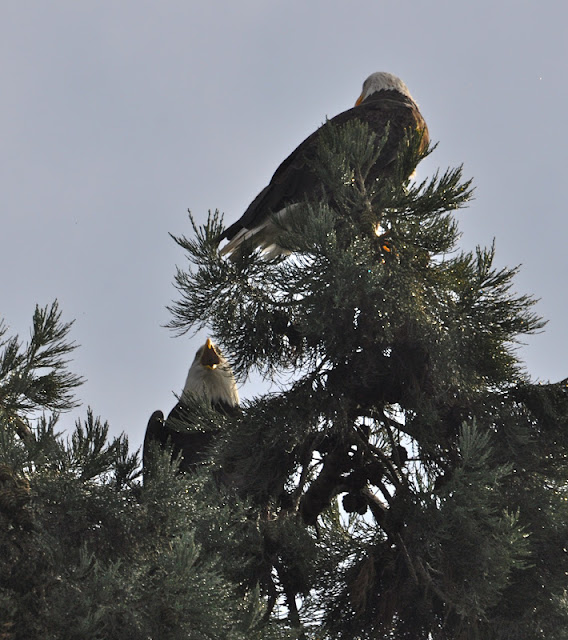 the one at the top joins in the conversation. 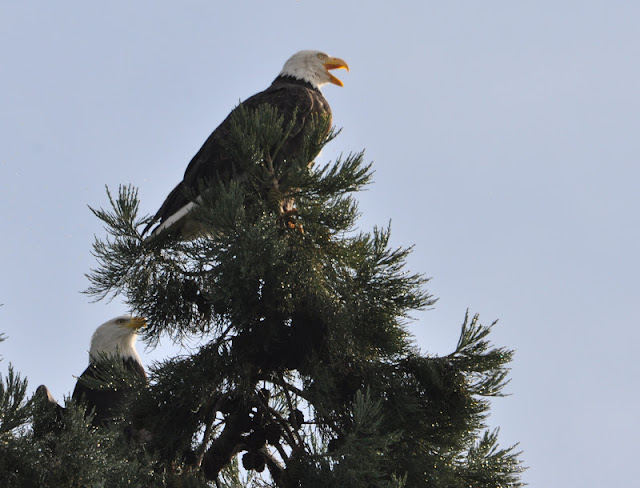 The Mute Swans in Lost Lagoon are not a happy story as they are pinioned, something that disturbs me greatly.  I have hoped for a long time that the Parks Board would phase them out as they are not native species.  If you are interested, you can read about it here. 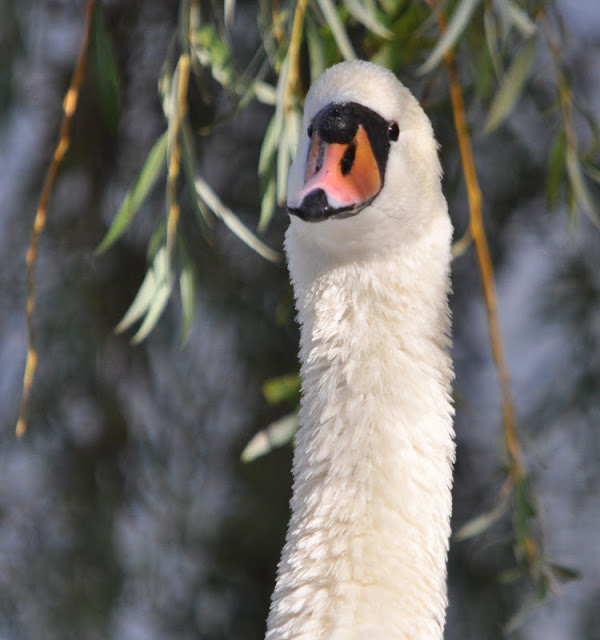 A lady comes every day to feed them.  I'm not sure if she is hired by the parks board but I do know she loves the swans.  Here, you can see the pinioned wing at the left.  This would be similar to breaking the fore arm in a human.  The procedure can never be reversed. 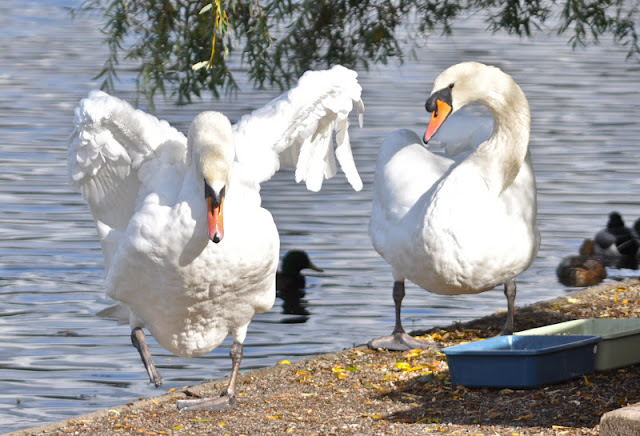 I showed this squirrel before, but not this particular shot.  It was the last taken before I had to pick up my little Black Jack.  I couldn't believe the squirrel showed no fear whatsoever. 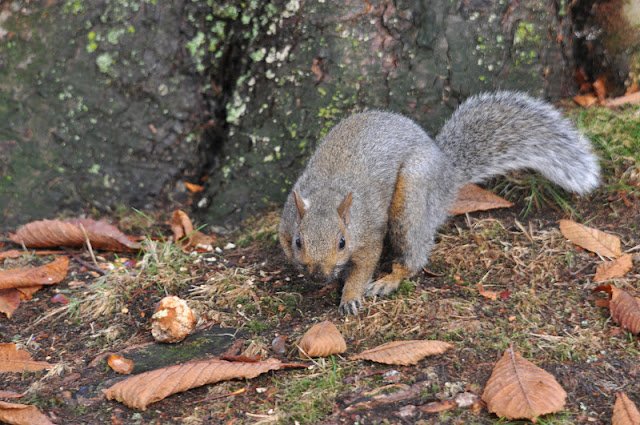 This Wood Duck pair was on Beaver Lake.  The female is in front. 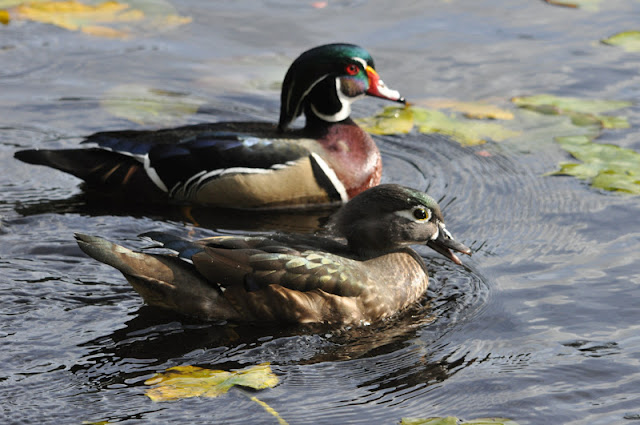 And, here is the otter I mentioned at the beginning of the post. It swam to the other side of the pond.. 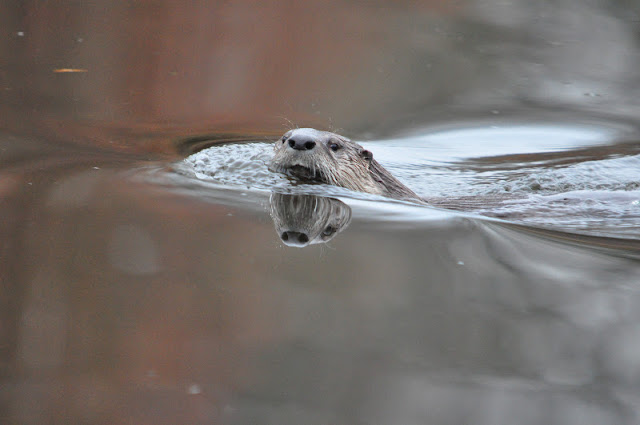 where it spent some time enjoying its feast. 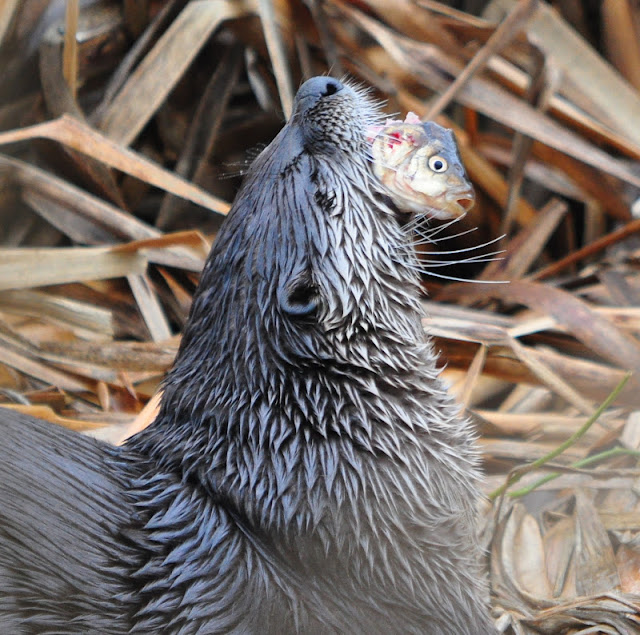 I'm posting these for a weekend blog meme called Camera Critters, so for photos of lots more wildlife, do take some time to stop by for a visit. 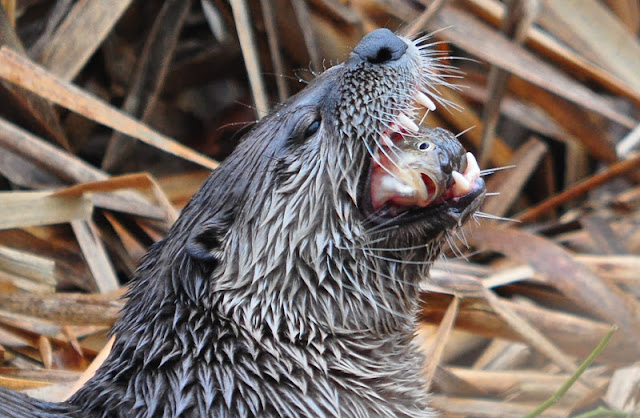 Thanks for visiting my blog.  The weather is pretty gloomy here in Vancouver, but I am really looking forward to hearing the Pacific Baroque Orchestra and Musica Intima in a concert this evening.  I hope you are all enjoying a beautiful Saturday, whatever the weather.
Posted by Black Jack's Carol at 9:01 AM