Recording the journey (Part 2) in Our World

The previous post described Bill's stint in hospital, just the beginning of a journey to good health that will take us through at least the next ten months.  As I write, we've been dealing with some setbacks that, in the end, I think will seem minor.  The bigger picture that I'm holding firmly in my view is one of optimism. 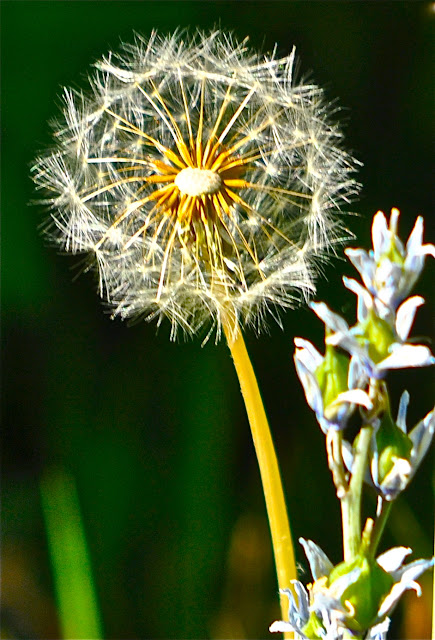 I am retracing steps, going back to May 6th, the day Bill was discharged from hospital.   Black Jack confirmed that she was happy to be watching over him from her clearly much appreciated position in the sun. 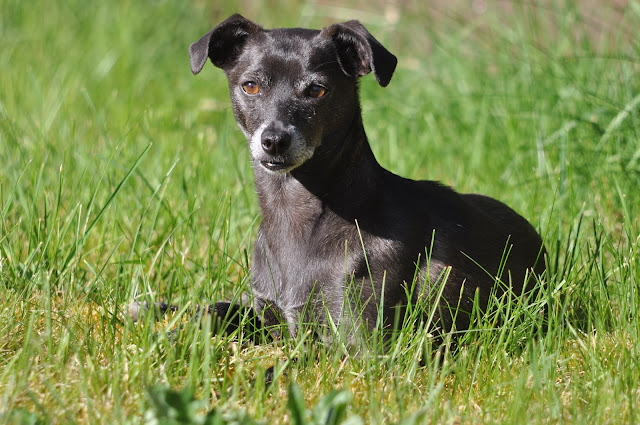 She looked quite regal, I thought, in the picture above, but shortly afterwards, came up with a comical pose after a little dip in the ocean. 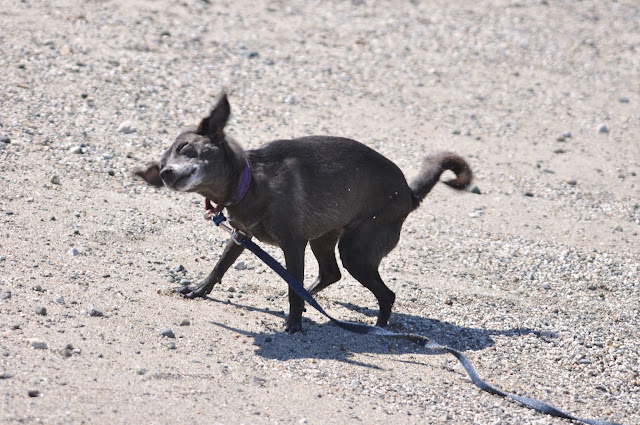 Our walks at first were around the block and at quite a slow pace, all the better for.. 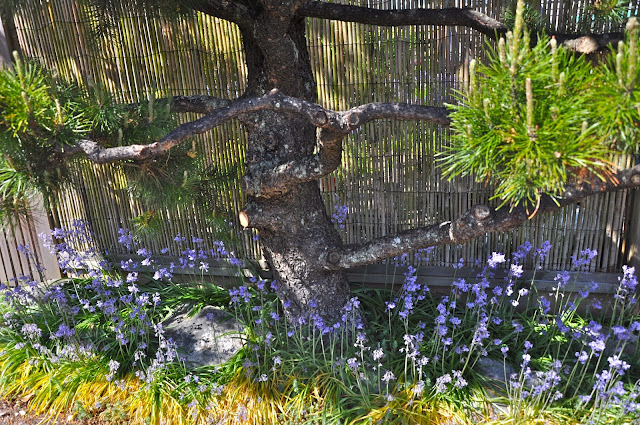 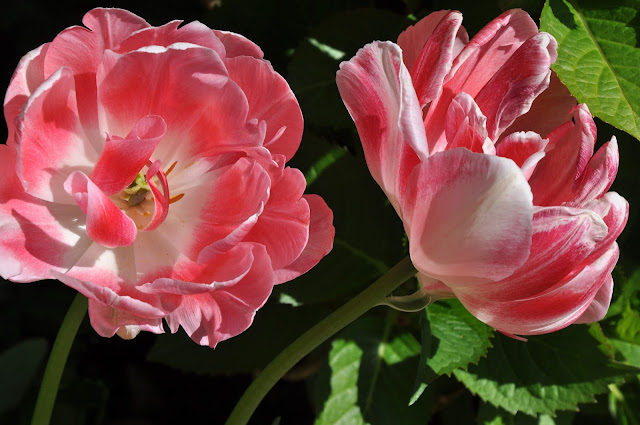 This lady didn't object when Bill sat beside her.. 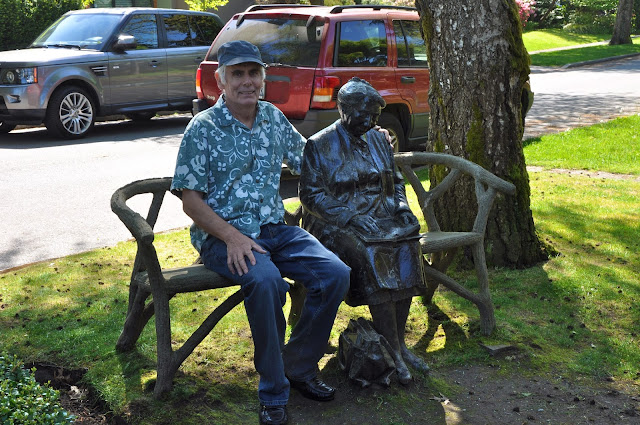 and her dog even offered us a gift. 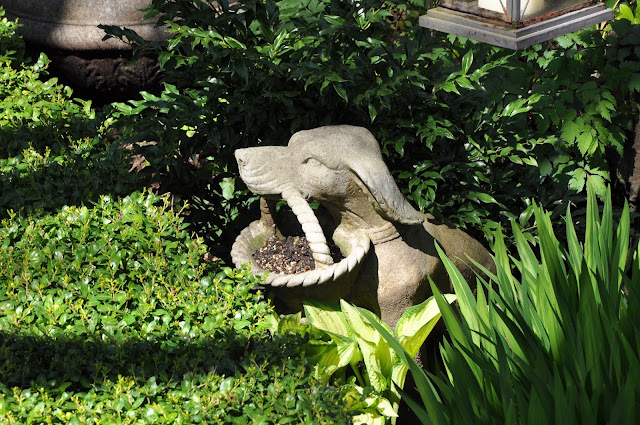 The bears ignored us (which was a good thing) and continued to frolic nearby. 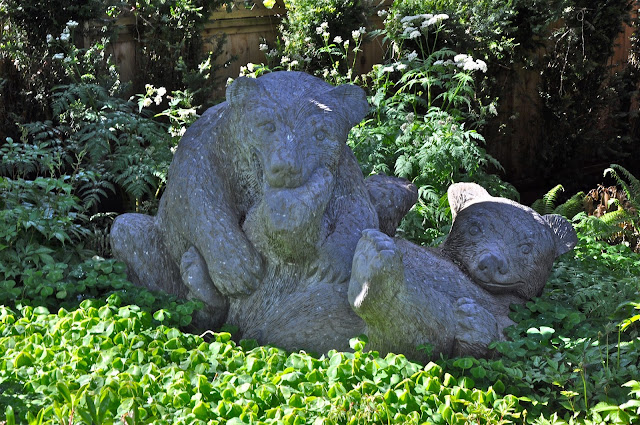 There is a beautiful garden just a block and a half up the street from us, and the kind lady who designs and tends it came out when she saw us stop.  She gave me permission to take pictures, and a day or two later, when I stopped again, told me she was undergoing chemo treatments.  I haven't seen her since, but know.. 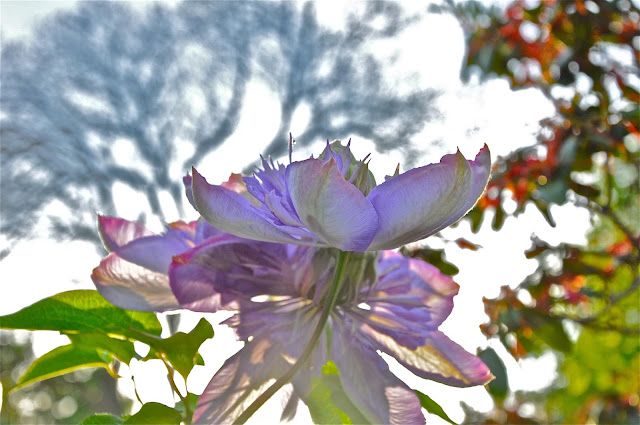 her flowers bring peace and probably a boost along the way to health.  I think of her often. 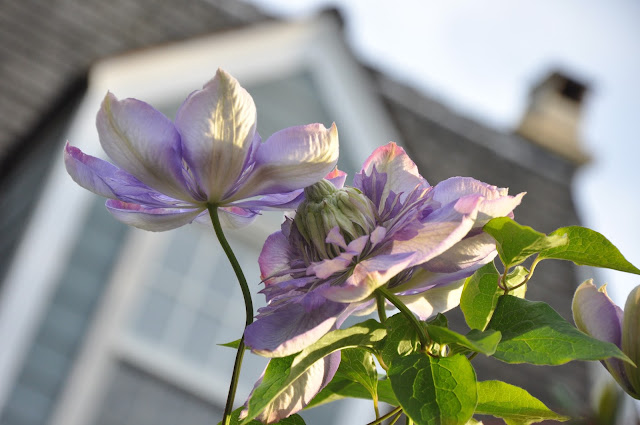 On May 12th, we enjoyed our first return to Jazz Vespers concerts at St. Andrew's Wesley.  It appears they had no objection to Black Jack's presence in the front row.  The minister smiled at her often, as did several members of the congregation. 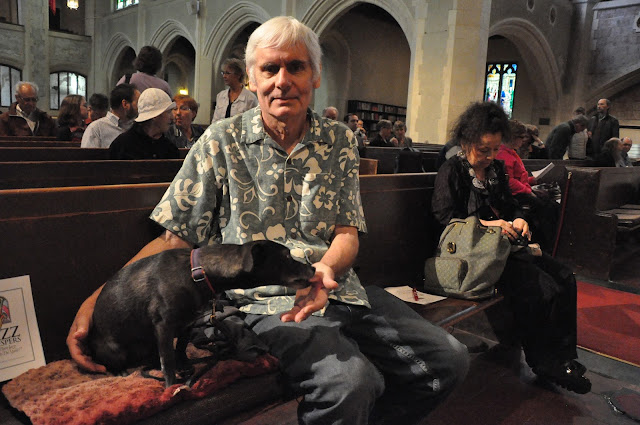 Karin Plato was performing with her ensemble.  I took pictures of each member of her group, but will just offer you two, this one of her drummer deep in concentration.. 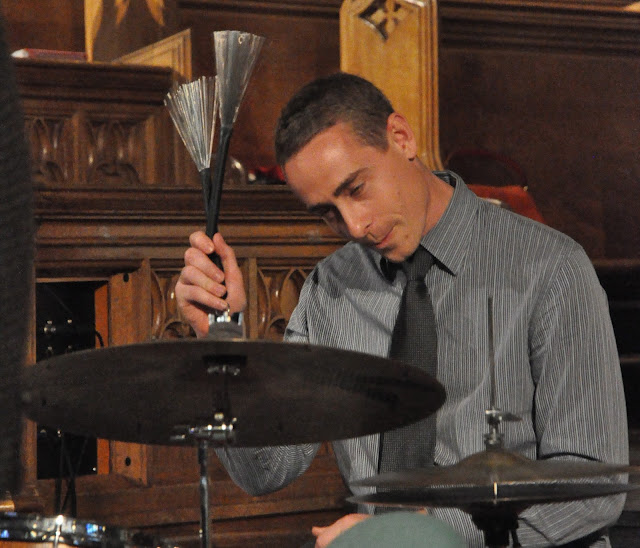 and this one of Karin giving her all in a burst of joyful song. 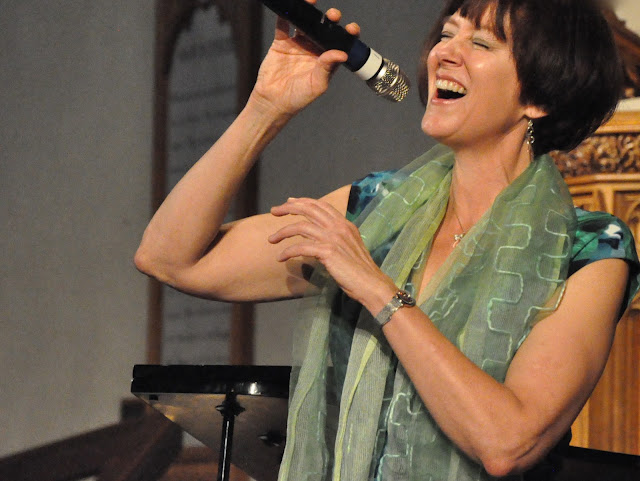 Black Jack seems to like St. Andrew's and made herself at home on Bill's lap, 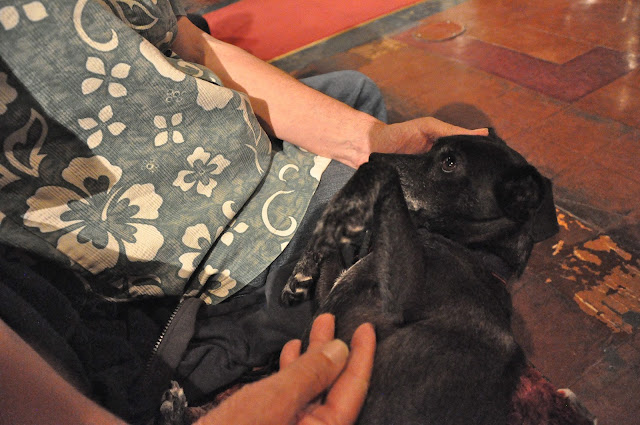 even taking a moment to "smile" for the camera. 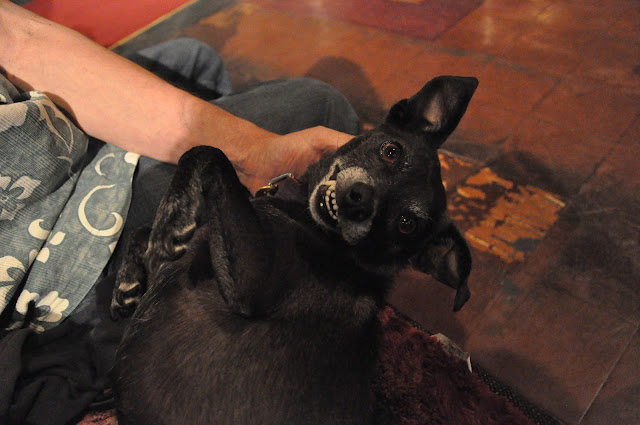 Smiles are always most appreciated, but especially during this bit of a rough patch in our lives, so Black Jack's rather toothy one seems the perfect place to conclude Part 2 of the journey.  Part 3 to follow when time permits, but in the mean time, Bill and I both thank you for the many good wishes.  He is on the wait list to begin chemo treatments this Thursday.  I will keep you posted as to how he fares with that.  In the mean time, keep smiling along with us, and if you have the time, don't forget to stop by Our World Tuesday for a glimpse into the lives of people from all over the world.
Posted by Black Jack's Carol at 6:56 PM