I'm joining up with Good Fences today.  Thank you so much, Theresa!

These two shots go all the way back to November 9th, 2015.  We had ridden our bikes to Granville Island and stopped by the little pond along the bike path before the Burrard Bridge.  You have to look for a while before you see the fence reflections. 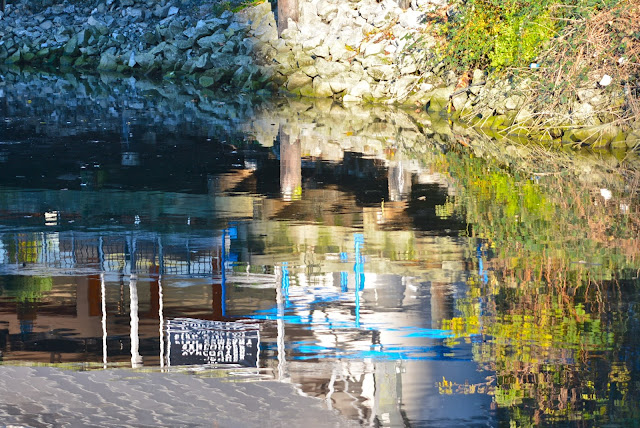 There are condos/apartments on the other side of the pond.  I always wonder about the people who live in them.  They've made some comfy-looking places to sit and watch the world (birds, otters, humans) go by their little piece of the universe, but I've never seen any one sitting outside. 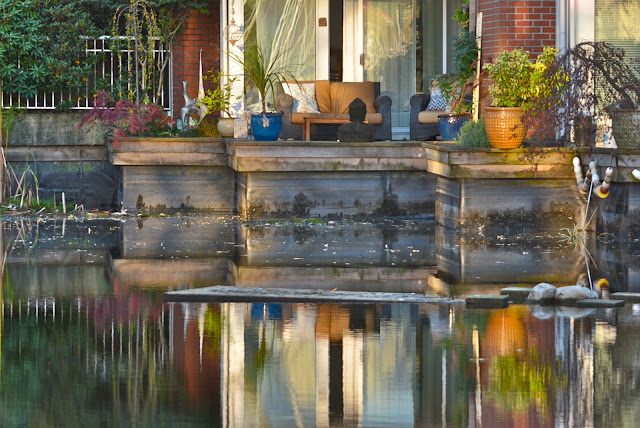 A couple of days later, I took these photos when we walked downtown on a rainy day.  I guess they are more like safety railings than true fences, but both of us.. 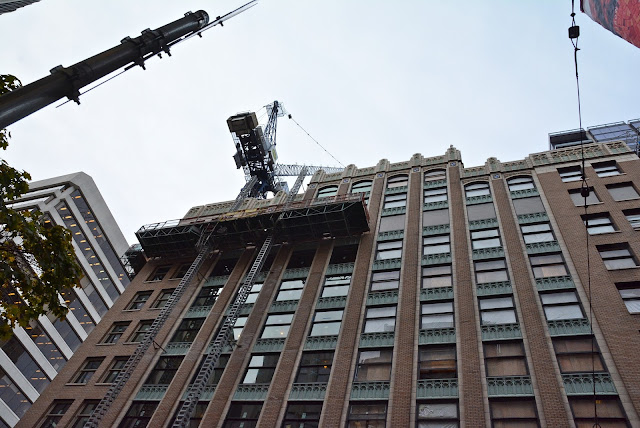 are fascinated by the many heritage buildings.. 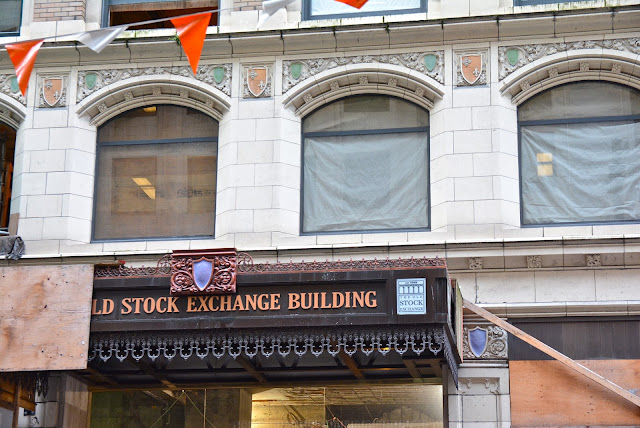 and effort that goes into their upkeep. 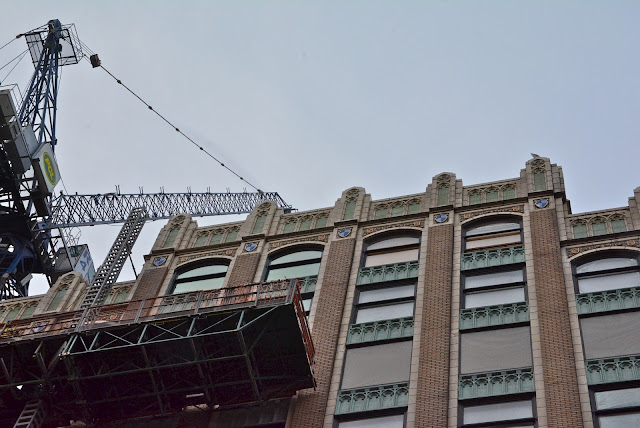 The alley at the side of the building was fascinating as well, though I only captured the world above it that day. 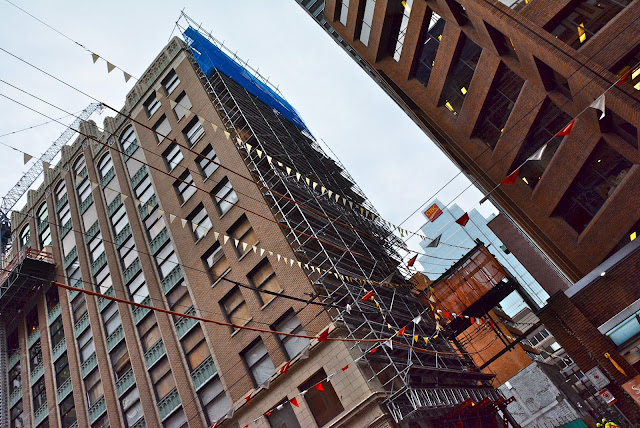 We continued down to the waterfront and wandered into the Royal Canadian.. 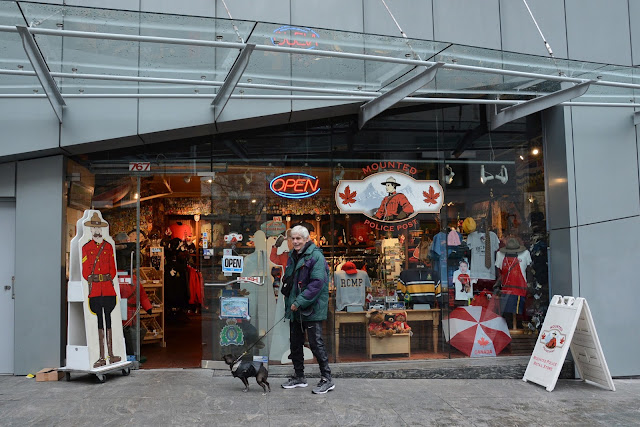 Mounted Police store.  Neither of us had been in it before.  I include this next photo because one of the badges is a State of Texas, Constable County one, and there's a Dallas Police one as well..  just for TexWisGirl :) 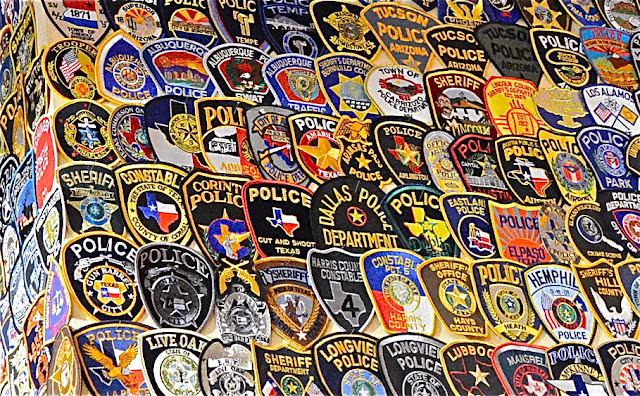 Bill and Black Jack and the kind gentleman at the counter (a sort of fence?) agreed to a photo.  Poor Bill.  He is so very patient with that camera-wielding addiction of mine. 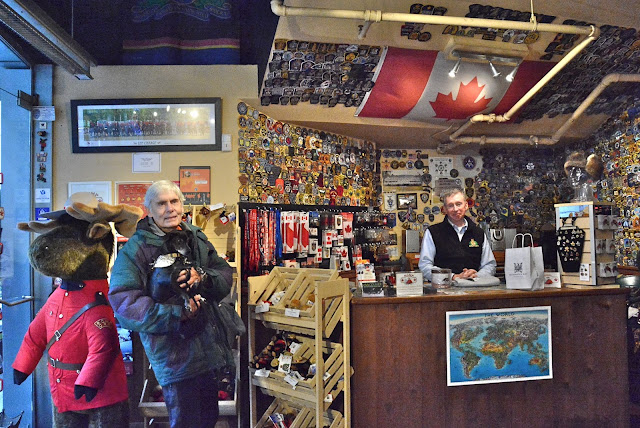 We continued walking into Gas Town.  I had never thought to mention that little fence around the Gassy Jack monument on this meme, so here it is :) 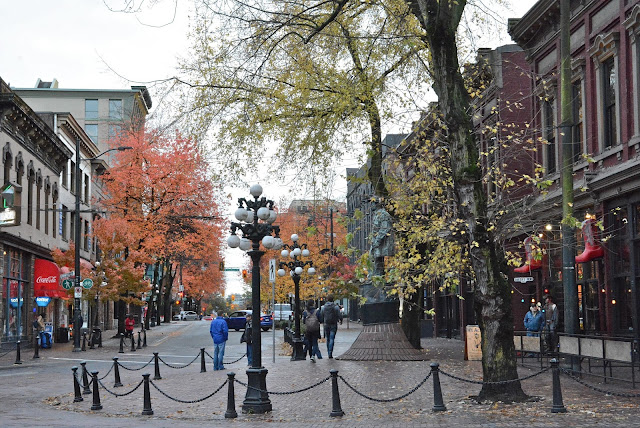 Past the Dominion Building, another heritage building with lots of fencing.. 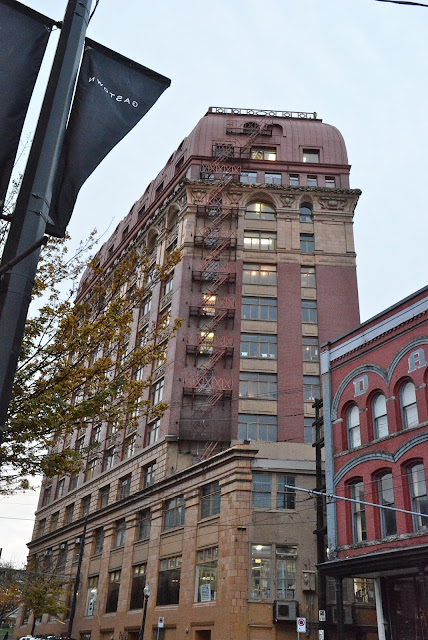 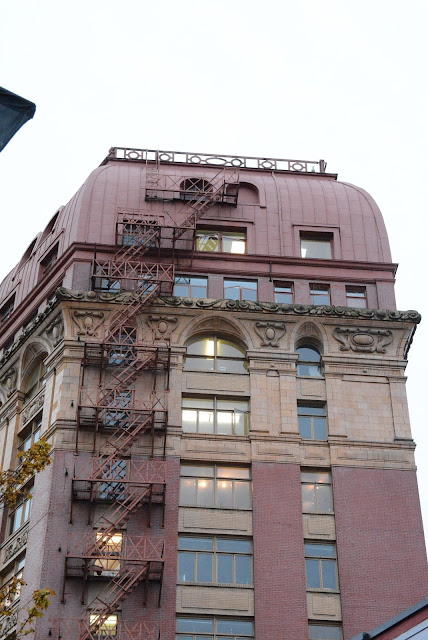 that become more interesting, the closer one zooms. 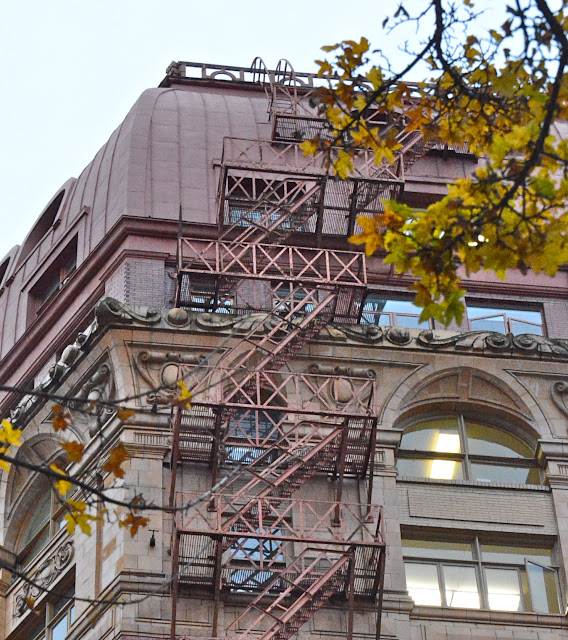 And then, past the war monument that we had visited only a few days earlier. At that time (Remembrance Day, November 11th), we hadn't been able to get close to the monument. 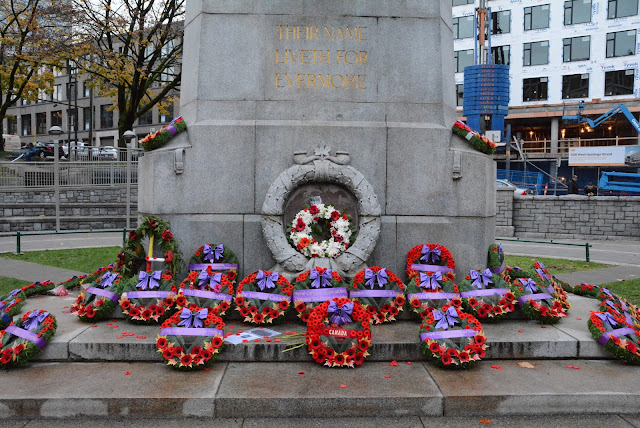 Perhaps, you can make out a few fences in the background. 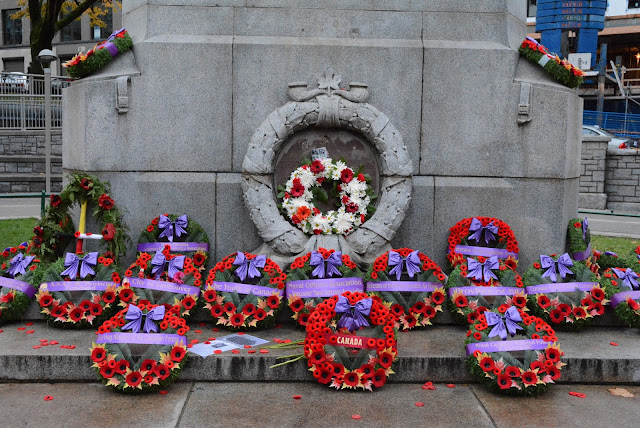 On this day (the 13th), I took time to examine photos carefully placed there.. 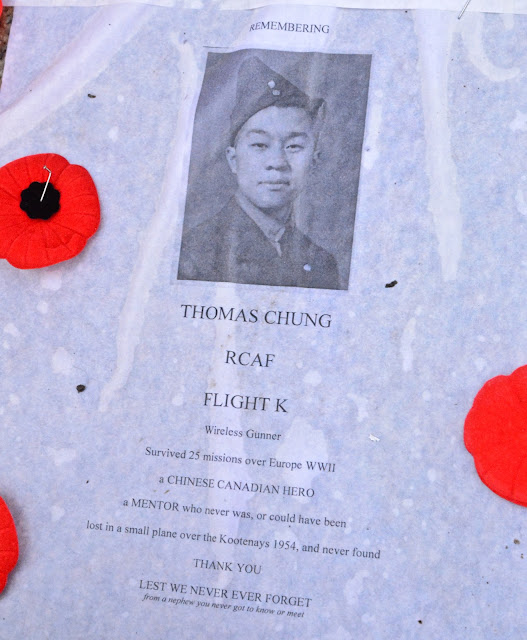 There are many stories of unsung Chinese heroes.  Here is a web site for those of you interested in exploring a part of Canada's history that many do not fully recognize. 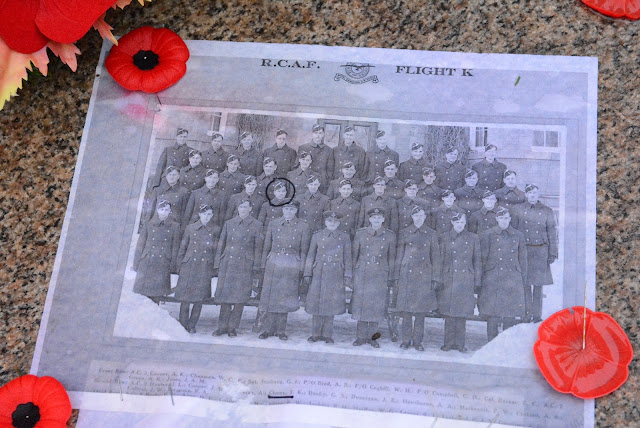 We left the monument as the sun began to set. 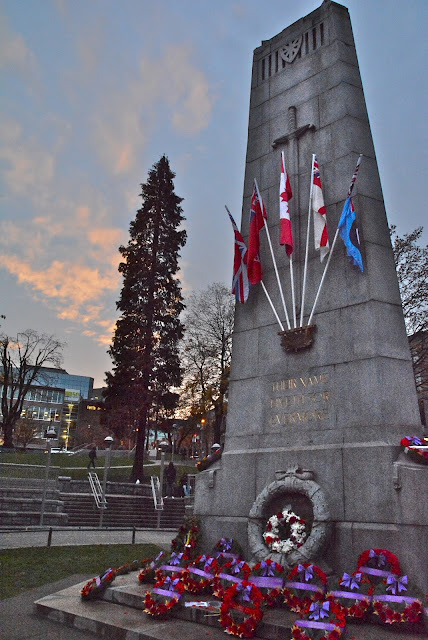 "Let's heal the divide" is the caption on the building in the background.  It strikes me that makes a rather good thought with which to end this post.  Thank you, as always, for taking time to stop by.  Have a wonderful weekend! 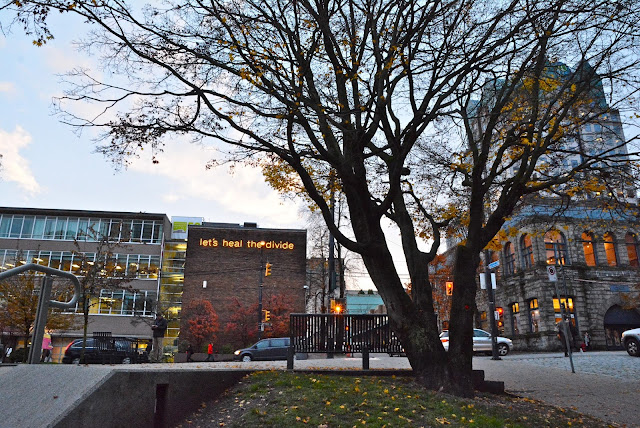