This post strays quite a distance from "bikes birds and beasts" themes but people are a part of my world too, and this feels like the right time to mention a few of them.  Below, you see Lilee-Jean.  As you can tell, she's exudes "Attitude" as she goes about enjoying the good stuff life offers.  There's been a lot of it lately.  She took her first plane trip to meet a grandparent and loved every minute of it.  Then, she got to visit Disneyland and she loved that too.  There's some not-so-good stuff in her life as well, but she's doing her best to ignore that.  She has an aggressive brain tumor that was discovered when she was ten months old.  Surgery and chemo managed to get quite a lot of it.  Her parents were told that she might never walk or talk after that surgery, but she is doing both mightily. I've never met her, but she's been in my thoughts ever since hearing her dad sing "Hallelujah" at Granville Island. 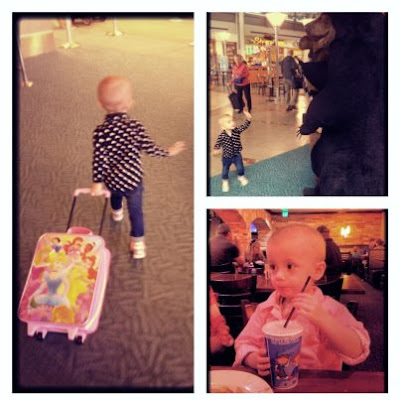 I liked his singing so much, I came home, googled and found him in this you tube performance.  Apparently, I wasn't alone in realizing he has huge talent.


It was during my googling that I learned about Lilee-Jean.  Her mother, Chelsea, has kept a blog since her baby was diagnosed.  She doesn't post very often but her writing is powerful and the words stay with me.  She and Andrew are the kind of parents I would wish for every child.  They recently discovered that the tumor has come back, and in just a few weeks, it has quadrupled in size.  Chelsea wrote these words when she was given the prognosis.
"Two weeks ago Andrew and I walked out of the children's Hospital, our daughter by our side, with shattered hearts and racing minds.  This can't be happening.  It can't be tumor again.  Not her.  Not us.  We're the 10%. We're the miracle.  This can't be happening.  An unstoppable flow of tears accompanied us on the seemingly long drive home."
From the perspective of my 66 years, Chelsea and Andrew are just kids themselves.  They had to make an agonizing decision after that meeting with the doctors.  More surgery, more chemo (radiation would only be possible if Lilee could make it to the age of three), and a greatly reduced quality of life for a little girl who, right now, is not in pain, and is having the time of her life.  The chances of those aggressive treatments working are close to nil.  They have opted, instead, for palliative chemo, hoping to add a little more quality time for Lilee.  It is felt that the tumor will ultimately create havoc in her little brain, but until it does, they are going to live life the best way they know how.  Here are Chelsea's words:
"And we are going to use every second of every minute of every hour of every day whether its weeks months or years we have left to make this the best life Lilee-Jean can have."
She then quoted the humorist, Art Buchwald: "Whether it's the best of times, or the worst of times, it's the only time we've got."
Chelsea and Andrew have a solid support network of family and friends.  Chelsea posted just a couple of minutes ago that they have received a very generous donation that will take the three of them to Hawaii.  Still, I'm guessing that they have all stretched themselves financially and emotionally to just about the breaking point.  Recently, they did a facebook post asking for donations.  Their energy, right now, needs to be on Lilee-Jean, and not on working jobs or paying the rent.  If, and only if, you have a bit extra tucked away that you could spare, I know they could use a helping hand.  If not, a kind note on the blog or on their facebook page would mean a whole lot too.  Positive thoughts and wishes have more power than we often realize. So, I'm hoping you will take from this the same kind of wonderful energy that Lilee-Jean exudes.  I leave you with a picture that makes me smile every time I look at it.  Lilee-Jean loves to dress up and she adores checking herself out in the mirror.  As I said in my comment when I saw it, "You go girl!" 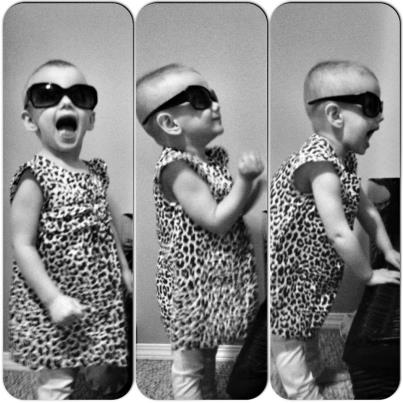 I am posting this story to Our World Tuesday because Lilee-Jean is at the top of my thoughts in my world right now.  Thank you for letting me share the story with you.  You can check out people from across the world by going to that beautiful blog meme.