When I saw a comment by Trubes on a recent post, the enjoyment I found from several years of posting at ABC Wednesday came flooding back.  She and the other volunteers at that meme have truly stood the test of time.  I had dropped out of blogging for 10 months, and had responded less and less to even the kindest of comments.  Yet, there she was, having read my post from beginning to end and taken the time to record her impressions of every detail in it.  Thank you, Trubes.  I am rushing to make it into the "A" posts before it is too late, but I will return to comment on your "Z" post, especially since zithers hold a special place in my heart.  Does this badge (that I have yet to add to my page, but will) mean that the meme will close forever after this tour?  I do hope not, but have to congratulate you, Roger Green, Leslie, Joyce, Gattina, Melody, Pheno, and Troy for running this meme that Mrs. Nesbitt began 10 years ago so very successfully. 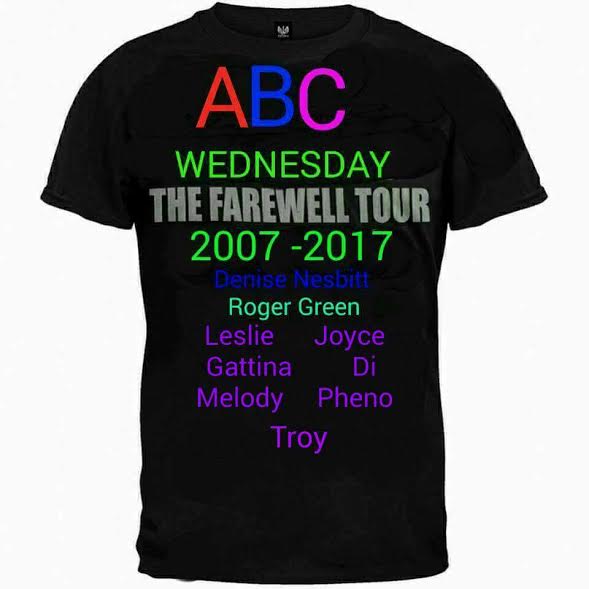 For my "A" post, I have chosen "Art" for the theme.  As a musician, I know I fit into the world of the arts, but having never drawn even stick figures with Any success, I had Assumed that drawing was not something I would ever be Able to do.  In fact, I had pretty much Accepted that idea until Bill's cousin, Maryel, visited us at our favourite café (that also happens to be an Art gallery).  She had recently taken up drawing, and I was blown away by her portrayal of an owl.  What an impressive start to her new hobby.  I posted this photo recently but will put it here Again for anyone who missed it. 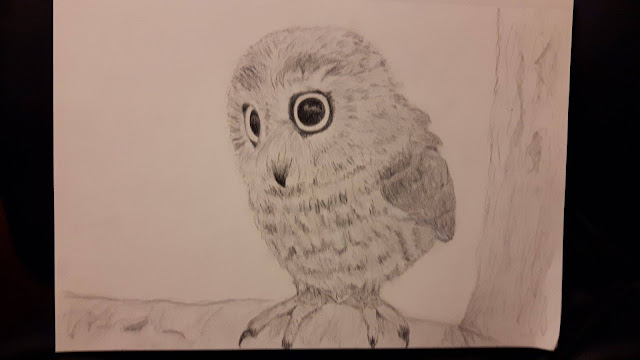 Inspired by Maryel's success, and encouraged by her suggestion of a place where I could buy some pencils and other Art supplies, and even more encouraged by Bill's enthusiasm that I give drawing a try, I decided to Attempt something that started with "A" for this ABC post.  What I found is this Aye-Aye..  or Aie-Aie (I saw both spellings on line, though I think the first is the more common).  This Madagascar lemur was on the extinct list but was rediscovered in the 1950's. You can learn more about it from this video. 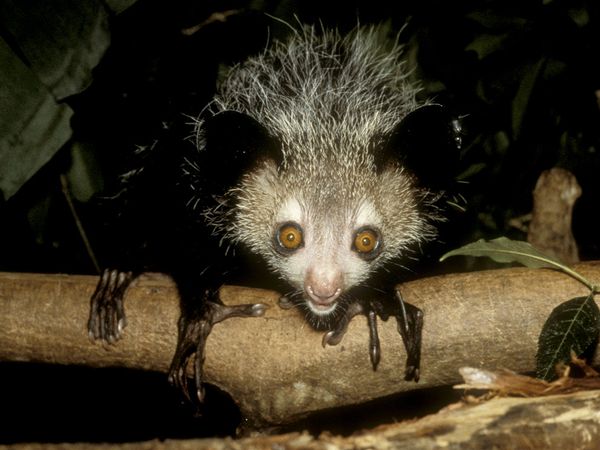 As Maryel told me, you can learn to draw just about anything from youtube.  Sure enough, there was a video to guide me with specific instructions for my Aye-Aye.  How Amazing is that?? I know this isn't perfect.  I have a long way to go, but it sort of looks like an Aye-Aye.  I'm really happy with this beginner effort. 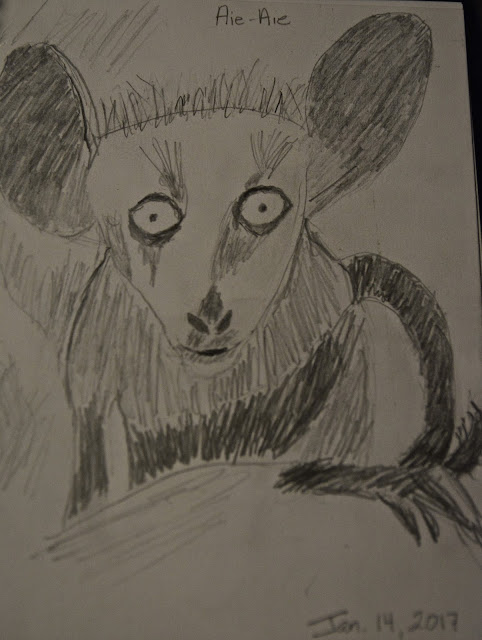 And, because I love to include Black Jack in most posts, here she is.  I took this photo of her yesterday.. 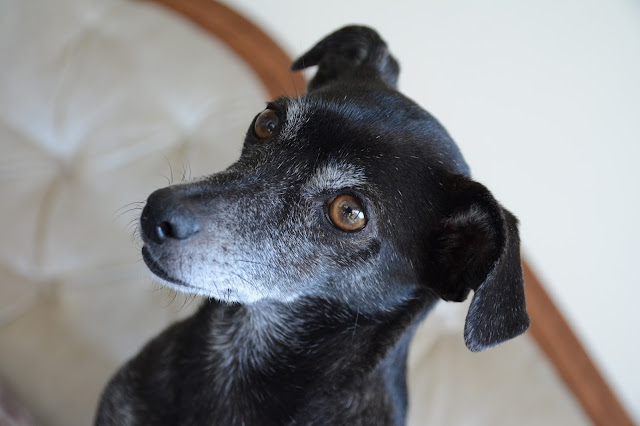 and then I tried to do an Artsy photo by cropping the photo to capture her eyes only.  If you look closely, you can see me in one of her eyes.  You can even see the balcony window behind us. 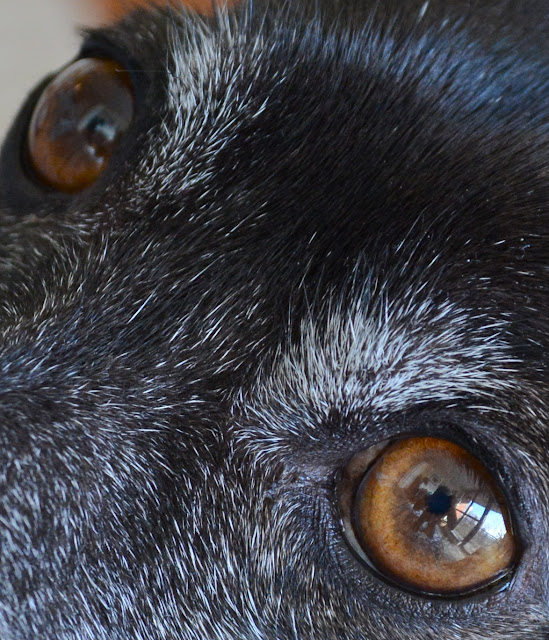 I also love to include my Adored Bill in most photos, and he spontaneously did this pose yesterday.  I think his eyes are not only Adorable.. 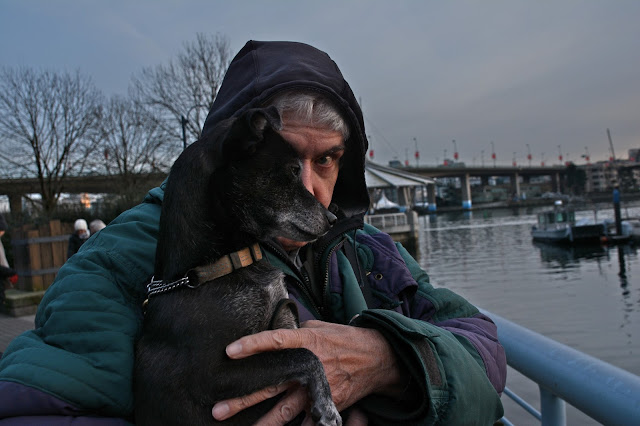 but rather Artsy as well.  I love that you can see the smile in this 2nd shot. 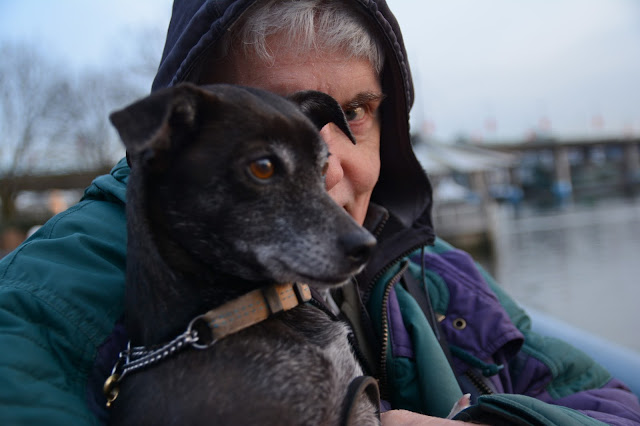 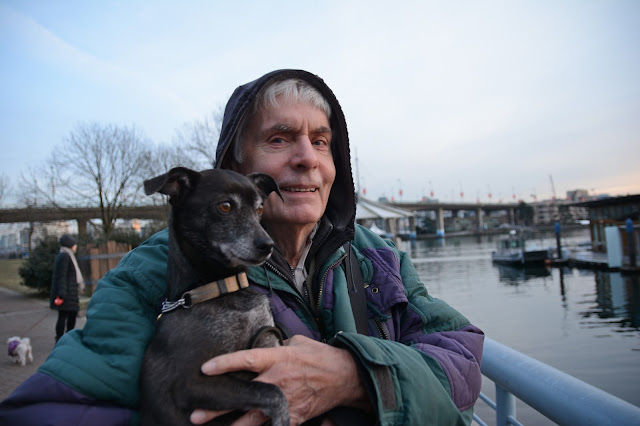 I guess my camera is something of an Art tool as well, and I liked this scenery shot over False Creek, taken moments after the one showing Bill's eyes. 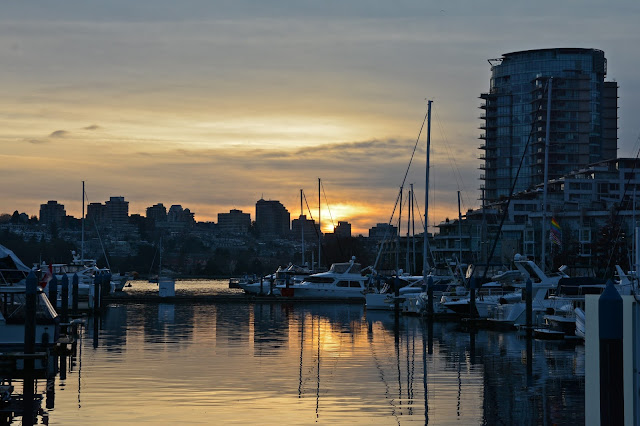 Since the café at Harrison Gallery is surrounded by beautiful Art, I thought you might like to see a couple of professional paintings.  I love these two by Jose Trinidad. 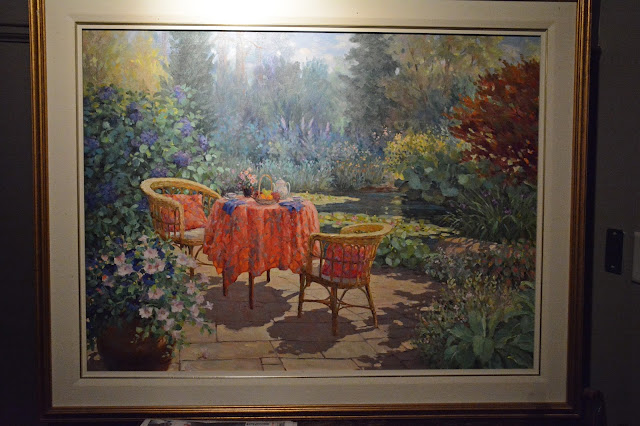 Art Around us enhances life so very much, as do All of you at ABC Wednesday for the many ways you Augment our pleasures.  My deep Appreciation to each one of you!! 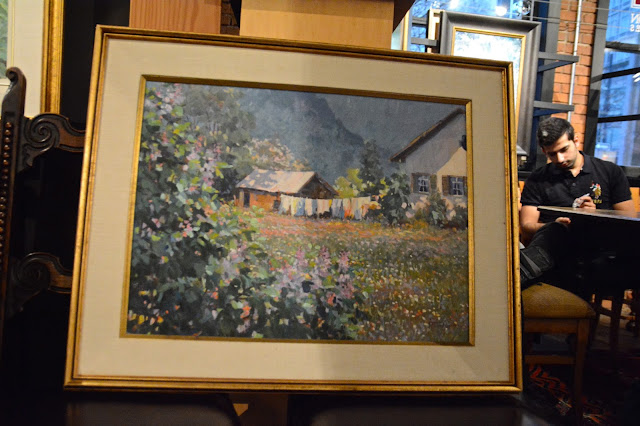