Catching up (a little) for Our World Tuesday

I am catching up with quite a backlog of photos and events that feel important to me.  This was taken in Jericho Park on June 7th, about a month after Bill came home after his surgery.  Bill commented that seeing his "normal" appearance in recent photos is always a surprise as, in his mind, the inner self does not match with the outer picture.  As you can see, Black Jack sees him as she always did.  So do I. 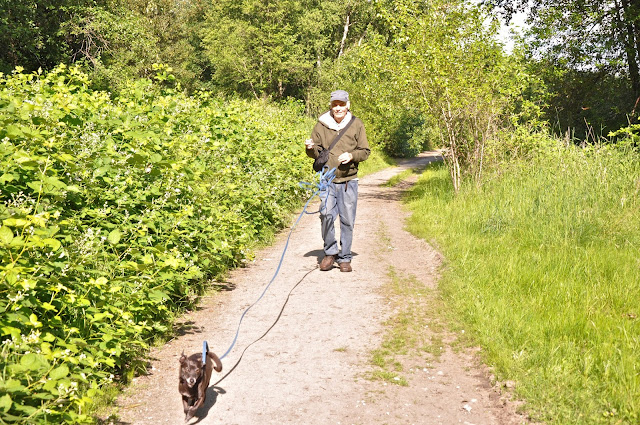 Black Jack has two "TV screens" at Bill's house in Point Grey.  This one (photo taken June 11th) looks over the front lawn, and though she is napping here, I can tell you that she spends many hours checking on the neighbourhood cats, dogs, squirrels and people.  I don't have a recent picture of the back view.  It is slightly less used, but she runs between the two windows quite frequently, something I think of as changing channels. 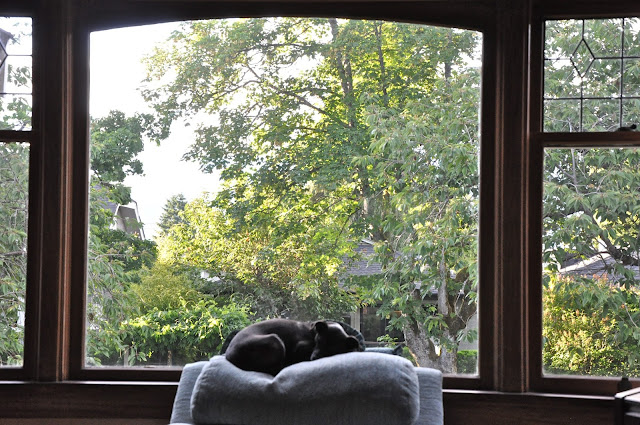 On June 14th, we again walked at Jericho.  This photo of Bill and Black Jack is another favourite of mine. 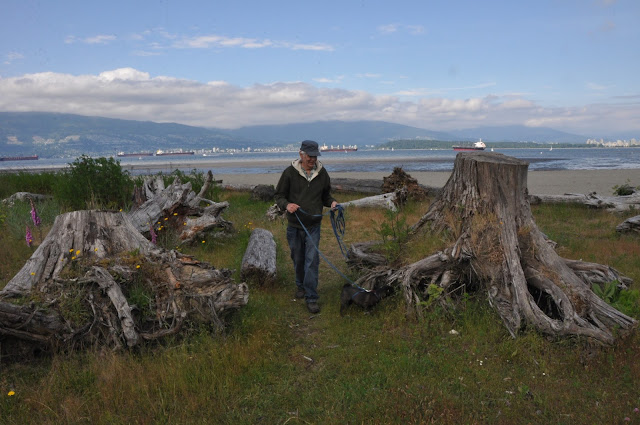 I love this tree and thought it looked especially beautiful in the evening light (on June 18th) when Black Jack and I walked near the Jericho Sailing Club. 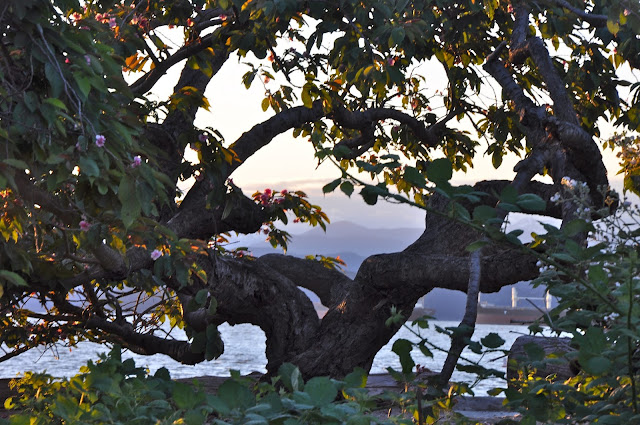 On June 20th, The Bike Gallery set up a care station by Trimble Park.  I use my bike almost every day and really appreciated the free brake check, chain oiling and helpful attitude of.. 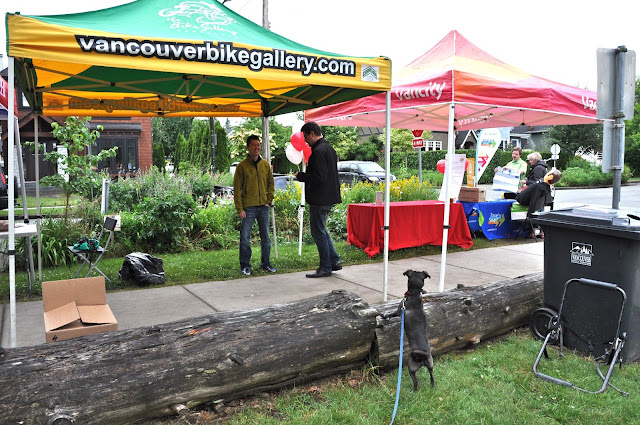 these friendly gentlemen.  Black Jack enjoyed meeting them as well. 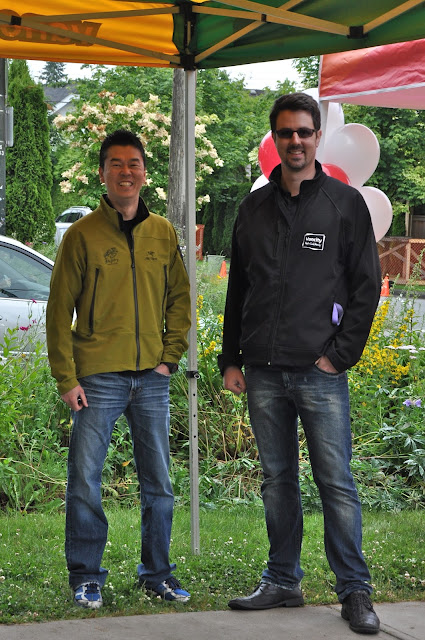 I took the next photo minutes after the bike check.  It shows one of several community gardens near Bill's house.  Neighbours volunteer to take over their care and put a lot of time and effort into making them beautiful.  I am deeply appreciative of their efforts. 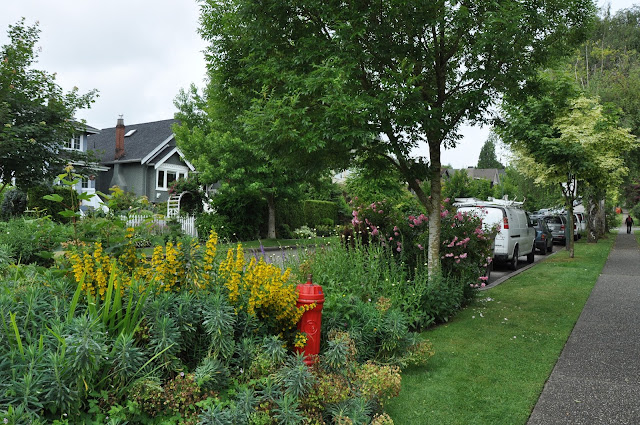 Paul (Bill's nephew-in-law) is on the left in the photo below.  He is a fine violinist and does a concert series each summer with his friend Michael.  This was the first musical performance that I had attended without Bill since meeting him.  I loved the concert but after it finished, it took Paul's beautifully tuned sense of humour to bring me to laughter.  When I asked if I could take a few photos, Paul used Michael's head as a prop for his violin.  Then, his.. 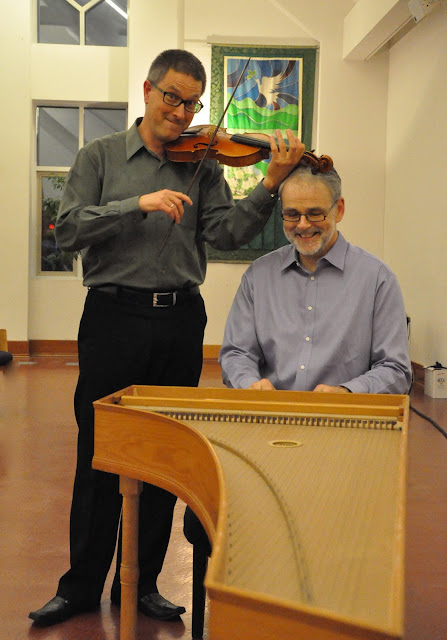 early music specialty was transformed to a hoedown that made all of us laugh, and none.. 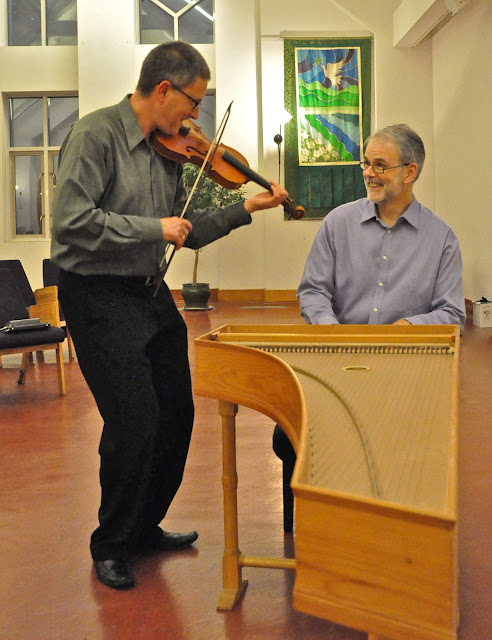 with more hearty enthusiasm than Paul himself.  He is a beautiful person and one of my favourite comedians!  Thanks, Paul! 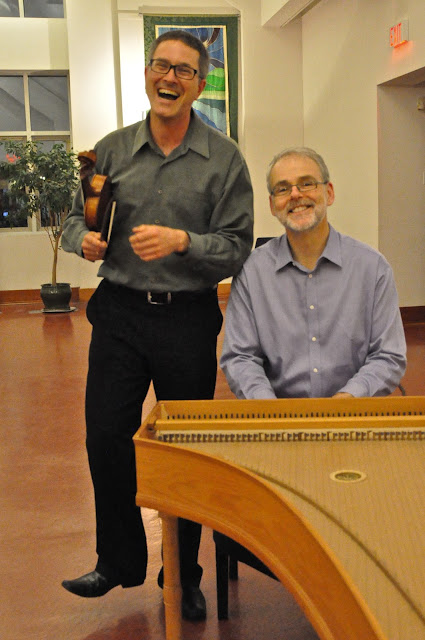 Two flowers to conclude the post.  This one was in the lane behind Bill's house (June 26th).. 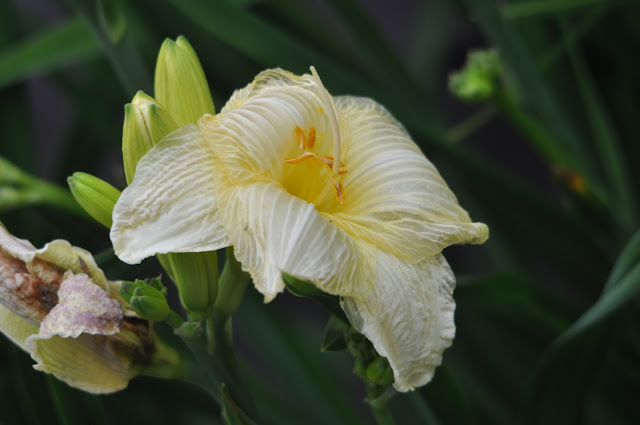 and this one (June 28th) was one street over from his house.  We've had a summer to celebrate this year.  This past July has officially been declared Vancouver's sunniest month ever!  How about that!  No wonder the flowers are so happy!  To learn about the weather and other events in the lives of people around the world, you might want to check out the Our World Tuesday blog meme.  It's an excellent one and a great way to take you on a world tour without leaving home.  Thanks, as always, for stopping by. 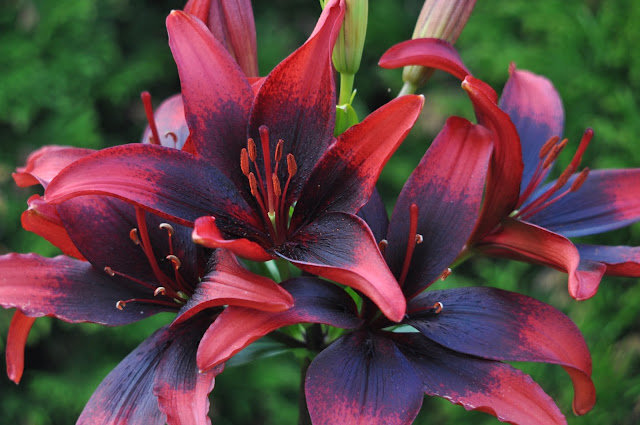