No matter how satisfying my work, there is always some sadness as a holiday comes to an end. A lazy Sunday afternoon walk along the seawall with Bill and Black Jack was enjoyed all the more, knowing that the freedom to follow my whims at the moment they occur is restricted for the next few months.
I didn't take many pictures, but the finches were singing up a storm and this one seemed happy to pose for the camera. 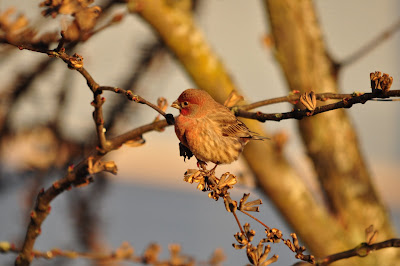 When Bill and I studied the pictures later, we both thought the poor little bird might have a damaged beak. 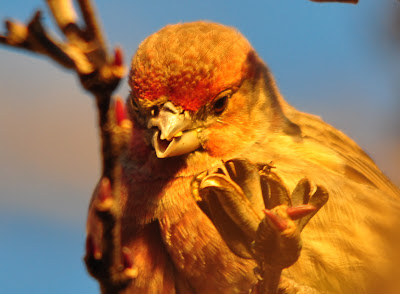 We looked carefully at several different poses, and finally decided hopefully that the bird was a messy eater, and that it was probably just fine. 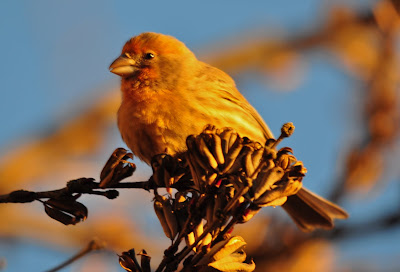 When I awoke this morning, there was not a lot to be seen from my window. 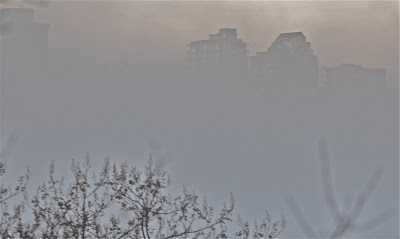 Some of the fog had lifted when I left for school, and the first ten minutes of the ride were uneventful. However, the temperature seemed to lower all of a sudden as I rounded the corner from Beach Avenue onto Denman. I stopped for a red light, put my foot down, and realized there was a thin layer of ice underfoot. Just as I was beginning to wonder whether cycling was the best way to go, a young girl wiped out as she pulled up beside me. She was fine but embarrassed. My decision was made. I left the bike at Spokes, a bike shop at the corner of West Georgia and Denman. It was kind of them to agree to keep the bike until Bill could go and pick it up. (Thank you, Bill!)
I crossed over West Georgia, and while waiting for the bus, took this picture of a sculpture that I later learned is called Solo. Natalie McHaffie, the sculptor, races planes. The link takes you to a short video about "Solo" that I found interesting. I have passed by this spot many times, but only really noticed the sculpture today. 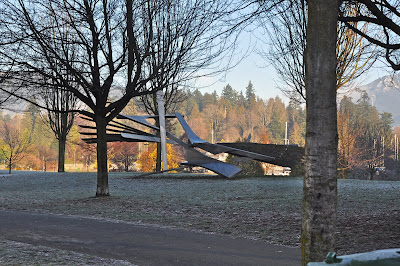 As I sat on the bus, I watched the path to my right, wondering if I had been too hasty in deciding to leave my bike behind. The next four pictures are taken through the bus window. 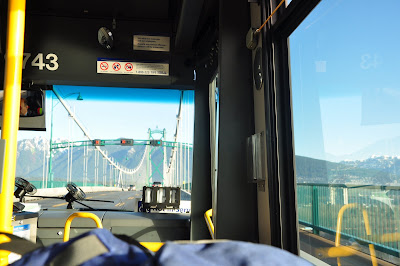 The mist/fog over the water was quite dense, 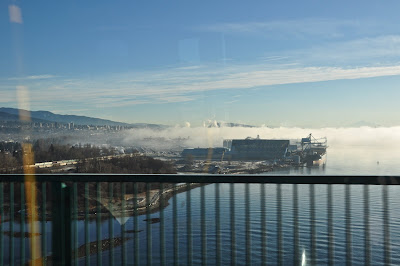 but thinned out over the city of North Vancouver. 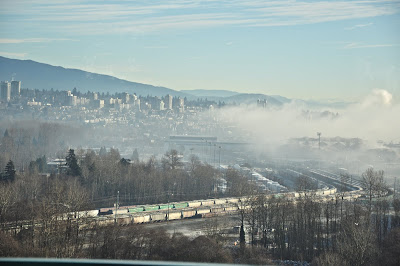 The bridge didn't look slippery at all until the exit ramp (not shown here). It was coated in thick, white frost. Maybe my decision was the right one after all. 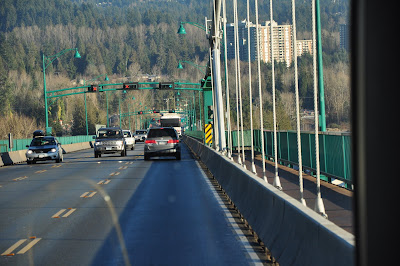 Walking over Fell Street Bridge, I took a minute to look around. When I'm on my bike, my focus is always on the traffic. The railway tracks and the North Shore Auto Mall are shown here. 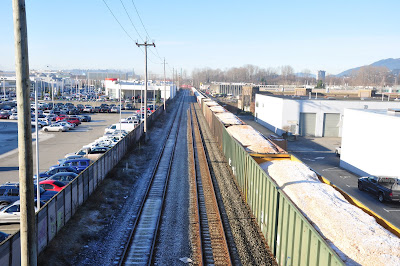 Looking back toward Marine Drive, I could see The Lions, 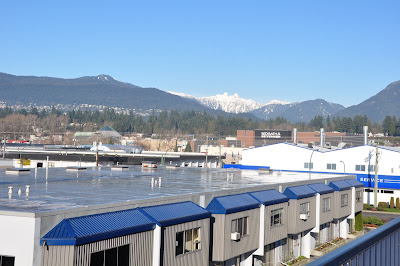 and zoomed in for a better look. That BedBath&Beyond sign is one of the biggest I've ever seen. 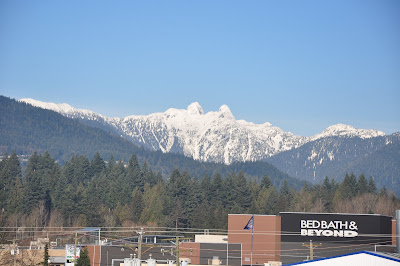 A closer look at the rail cars and their cargo. 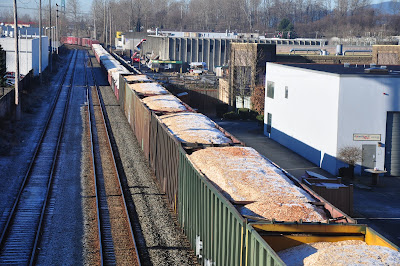 I spent a few minutes checking out the waterfront before entering the school. A cormorant was drying its wings on the pylon where Lawrence and Olivia's nest had been. 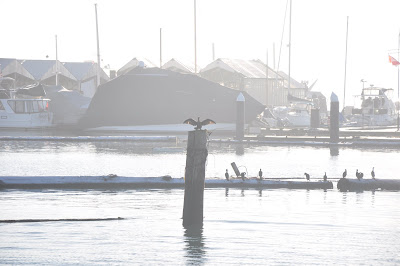 The geese were very active. This one was rushing to join the others for a short trip over to Lonsdale Quay. One seems to give the command, and all the others follow. 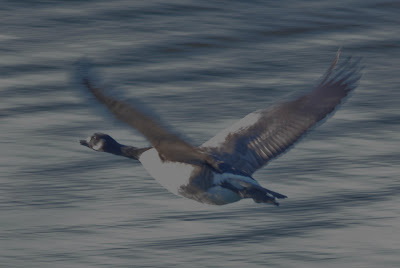 A Kingfisher was watching intently from a tree by the little river, but didn't spy any fish while I was there. The mist was almost gone. 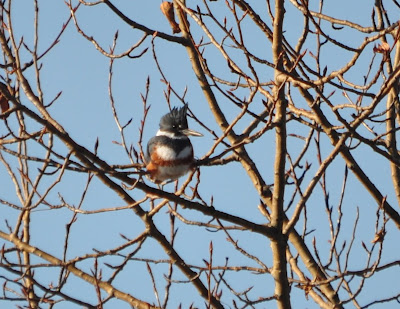 There were many things to do to get ready for the students' return to school tomorrow, and it occurred to me that organization continues to be my biggest challenge. This evening, Black Jack and I walked up Davie Street to Book Warehouse. She loves to go there because the clerk always gives her a delicious treat. I love all bookstores, period. I bought a journal/agenda, and hope to be inspired to keep it up to date by the promise of a brand new semester. That was my day, a good one. I hope yours was as well. 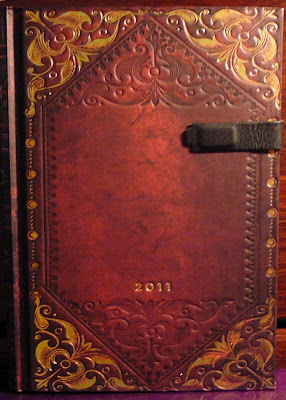