On Thursday, the 31st of March, there was a traffic jam on the Lions Gate Bridge. The only vehicle moving South was my bicycle, and I stopped just after crossing the bridge to record the moment with my Coolpix. I love the camera for its lightness and convenience, but the D90 remains my favourite. 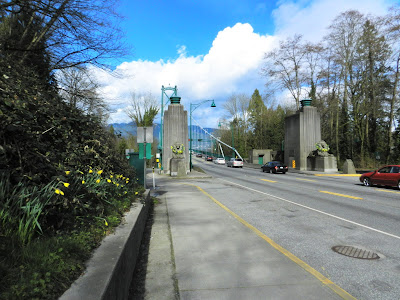 The lions were dressed up in their new Spring outfit. I still haven't figured out who has taken on the job of lions' wardrobe manager. 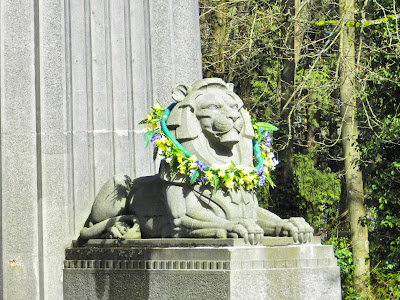 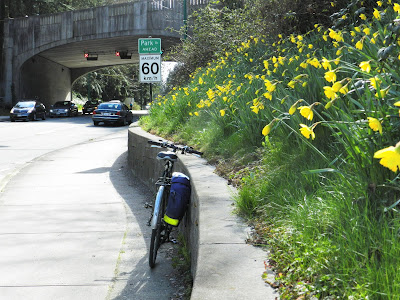 When I arrived home, I took Black Jack and the D90 for a walk. A pair of geese seem to have taken up residence on the rocks in front of David Lam park. I suspect they are expecting little ones fairly soon. 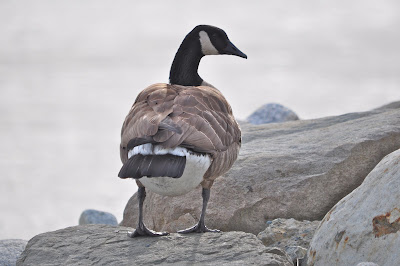 This one eyed my camera and glanced at Black Jack, but didn't seem bothered by either. 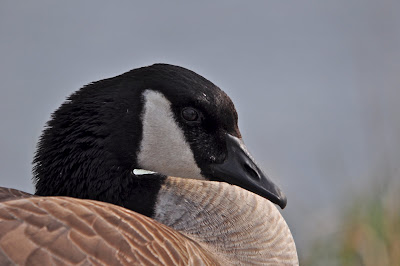 I spent a few minutes admiring the pink flowers, 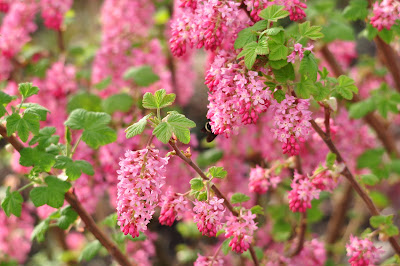 and caught a blurry bee. 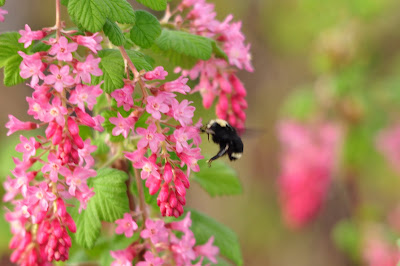 The backgrounds changed from second to second. This smooth green surprised me. 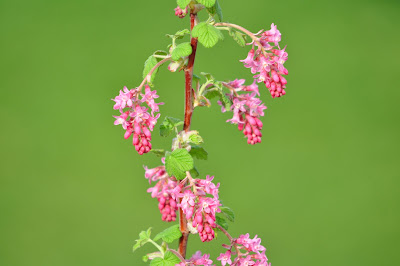 These lovely mystery (to me) yellow flowers have been springing up all over the neighbourhood. 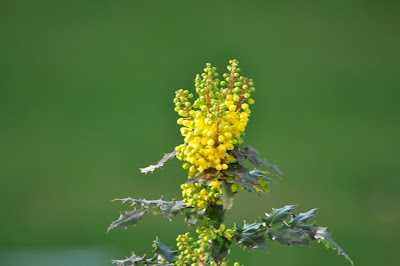 I watched a cormorant come in.. 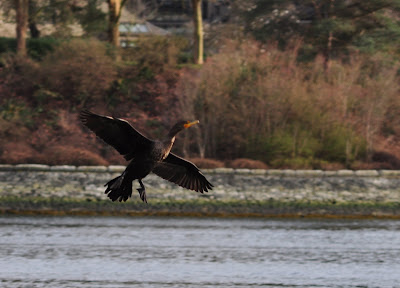 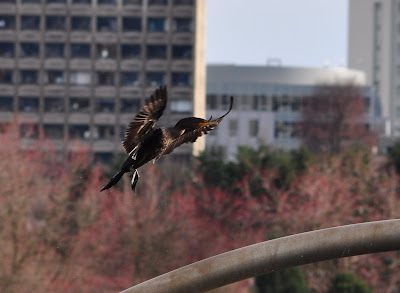 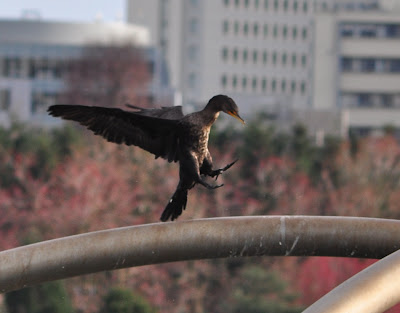 It always surprises me to see Vancouver General Hospital in the background. If I were to ride over there, it would probably take 30 minutes. 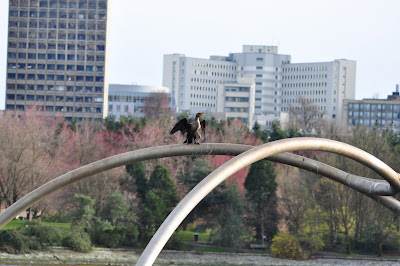 The cormorant spread its wings to dry, and I wondered about 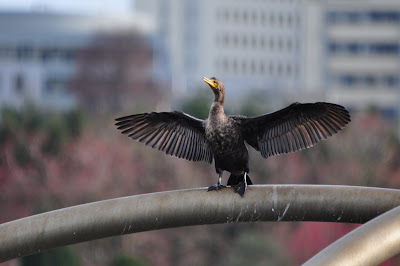 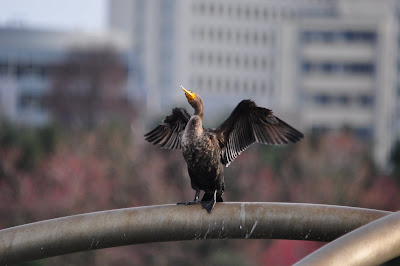 But mostly, I admired its comical expressions and beautiful eyes. 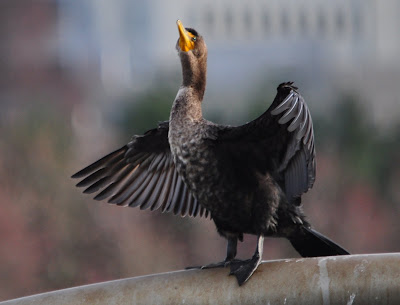 It is Tuesday morning, and I am on the second day of a two-week holiday. Bill and I will leave today for an adventure trip - three days or so, I think. I have quite a bit of catching up to do, and will slowly try to record the notable moments over the past ten days, and maybe even make it all the way up to the new ones that I feel are waiting just around the corner.
Posted by Black Jack's Carol at 6:30 AM