I will repeat this explanation for each post that Bill and I write. His surgery in April and a life-threatening septic infection seven months later, as well as various other complicating factors, caused several episodes of delirium that resulted in cognitive dysfunction.  While he isn't fully recovered yet, the improvement is dramatic and he continues to show steady progress.  It is my great joy and privilege to be by his side to witness that as it happens.  All writing in black is by Bill, as transcribed from his memory journal.  All writing in blue is by Carol.  Thank you so much for reading this.  If ever you have a loved one going through surgery, you will need to be a very strong advocate for them.  Nurses and doctors work hard to bring their patients back to health but they cannot know your loved one as you do.  Report any personality or physical changes you see in him/her and follow up on that report, no matter how the medical system seems designed to resist your efforts.  The danger is not over when a patient wakes up after surgery.  Delirium can turn up a day or two later and mild cases can go undetected for months.  A sudden trigger can push a mild case over the edge.  Understanding that could very well save a life.  I am posting this to Our World Tuesday.  If even one person reads this and helps a loved one, it will have served its purpose.

Sunday, November 24th
Is this where I do the Polar Bear Swim? (We were on the other side of False Creek, and looking across the water at our apartment building.) 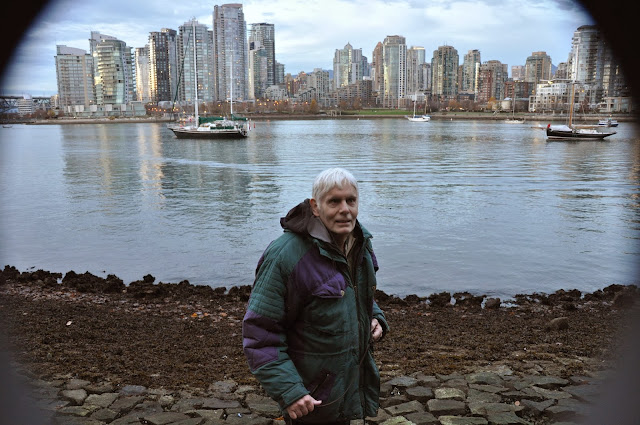 Carol made me walk down here.  I thought it would be an adventure but Bill is steady on his feet :) 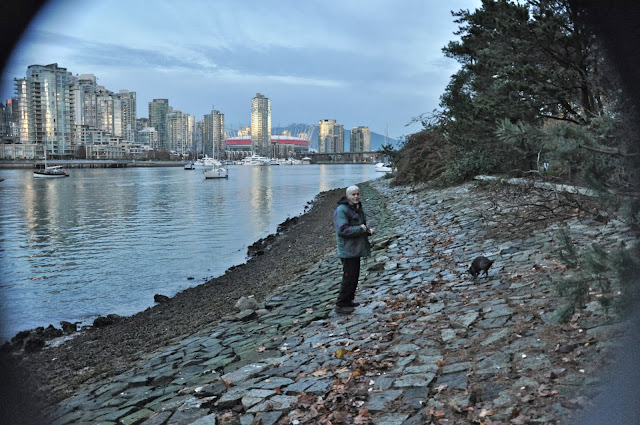 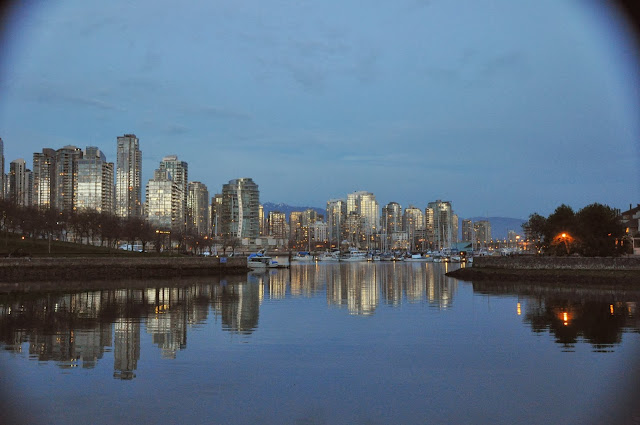 Reflections from Yaletown shore #2 (My favourite) 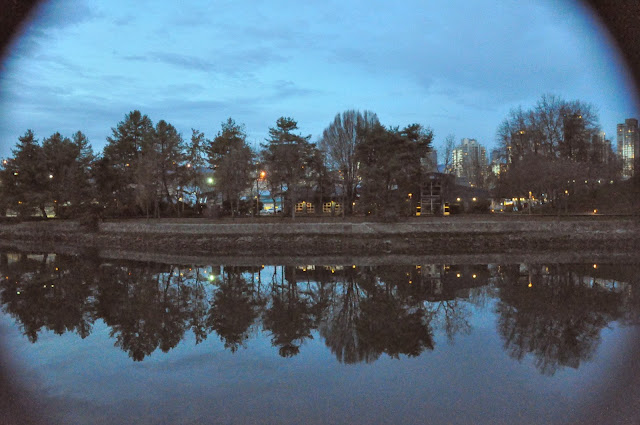 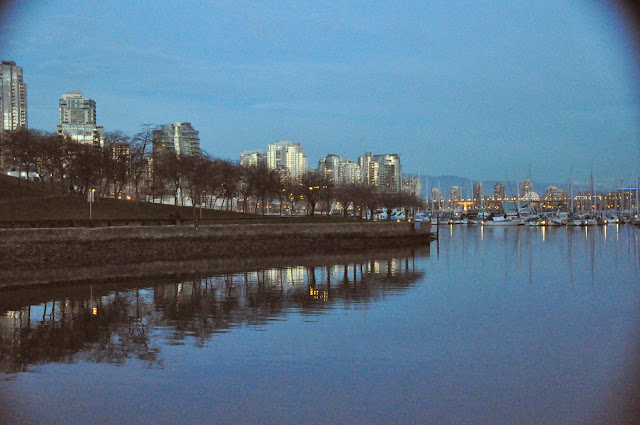 These people thought it was a good idea to make their dog jump to a height it never would attempt on its own.  They seemed like nice people but it is my theory that young people don't value the health of their joints, never mind the health of their pets' joints, until they are faced with osteoarthritis or other injuries.  The dog had to walk around the top of a long section of fence. To fall on the left would have been quite a drop into False Creek.  At just over the half way point, the dog bailed to the right and onto the wooden deck, but they insisted it jump back up (unassisted) and finish its assignment. 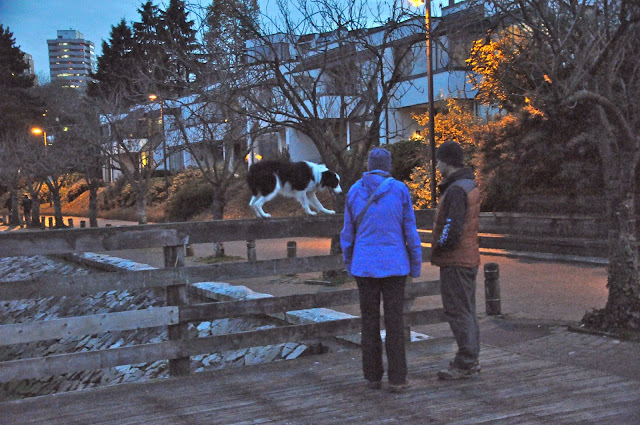 Dancers on Granville Island rehearsing for the musical "Seusical". 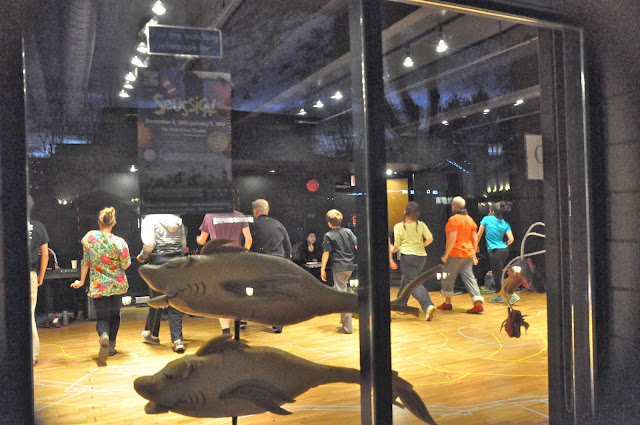 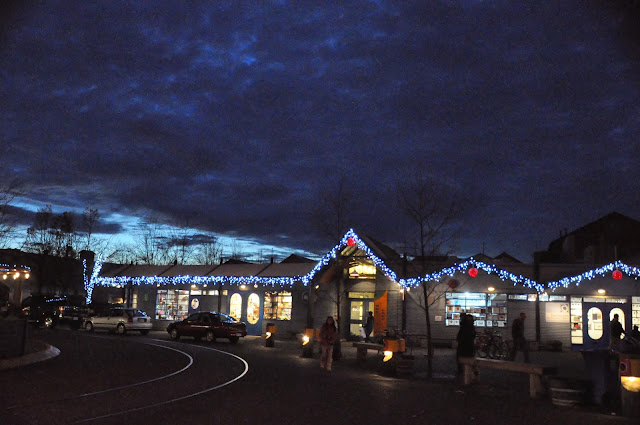 We skipped the roasted chestnuts sold under the red umbrella because of a prior bad experience. 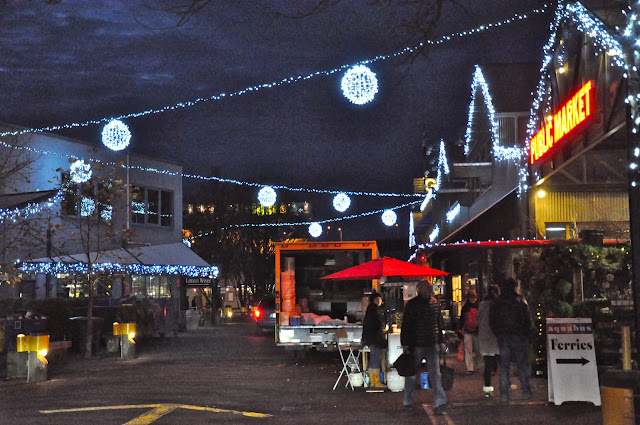 We took the Aquabus home to David Lam Park. 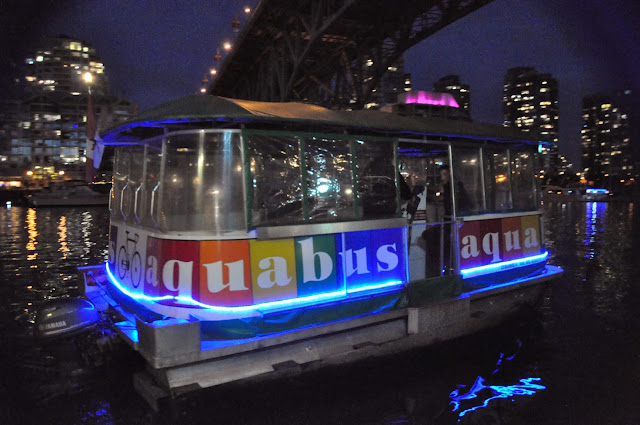 I put a link to the Chopin in my last post, but am guessing most heard the slow introduction and decided against listening to more.  Here's a link to give it a second chance.  It is at the 50 second point that the piano enters.  Bill really enjoyed it this morning at breakfast time and so did I.

We took Black Jack out and met Barrie (my brother in law) who brought frozen items from 4434 West 7th Avenue, the house my Mom had owned since 1957. As of today it is officially the property of the new owners. Thanks to Phyllis and Barrie for the work they did today.  Below is a photo I took of the house several months ago.  I wish the new owners great happiness in their new home. 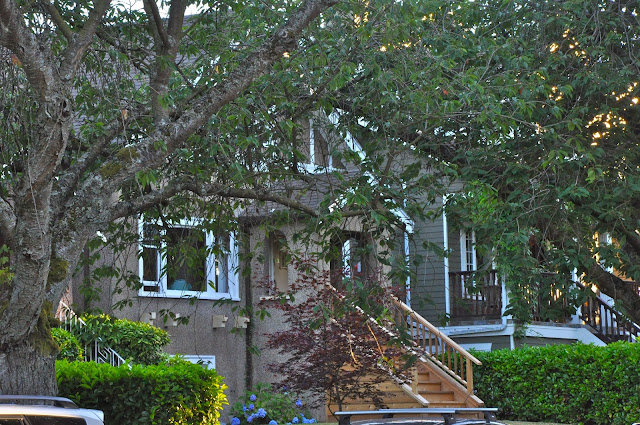 We went to PharmaSave on Pacific Boulevard, a two minute walk from our apartment. The staff there is so helpful.

Next came Winners for new pants. Shopping with Carol is quite painless. Bill and I have identical outlooks on shopping.  Get in, buy quickly, get out fast :)

Finally we had a wonderful lunch at Harrison Galleries on Homer Street. Next we came home and it was nap time for Bill while Carol kept busy trying to organize her closet.

Later we walked with Black Jack on the way to Urban Fare for more kale (very important!).

We have a beautiful route along False Creek (see picture below) on the way to Urban Fare. 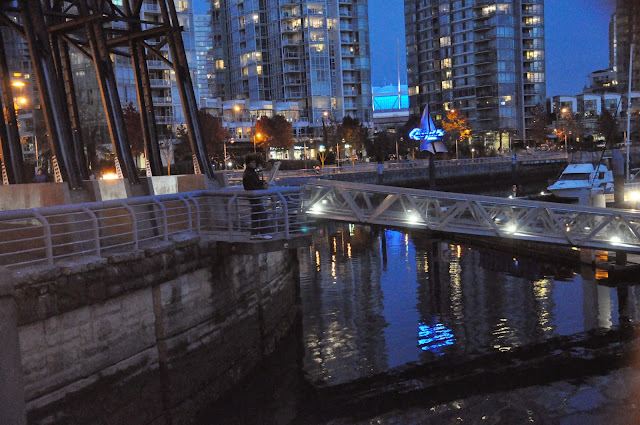 Next we walked to Harrison Galleries where Carol took pictures to prove we had actually been there.. 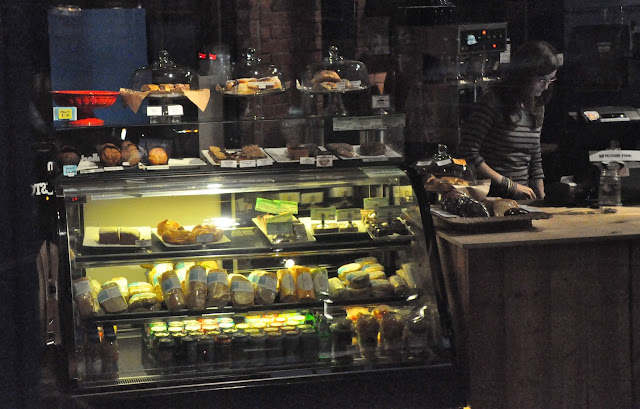 and enjoyed our delicious lunch. 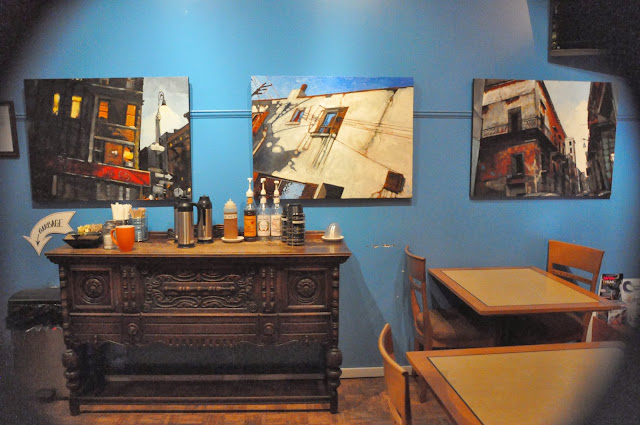 Carol made me pose in front of Harrison Galleries (and ordered me to pretend I was having fun).
Pretty good effort, Bill :) 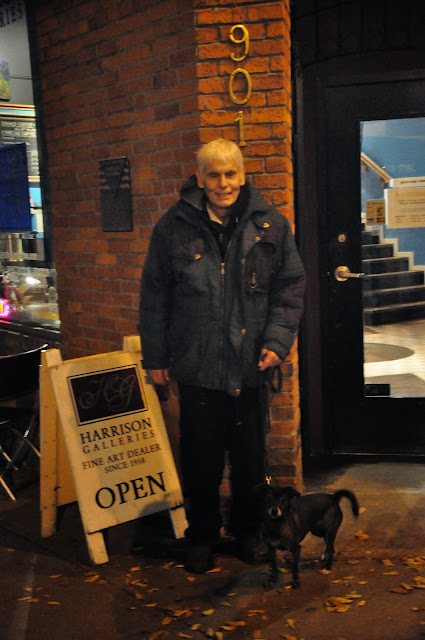 Finally we picked up some supplies at our local PharmaSave.  I really appreciate how knowledgeable and helpful the staff are there.  They even give Black Jack biscuits! 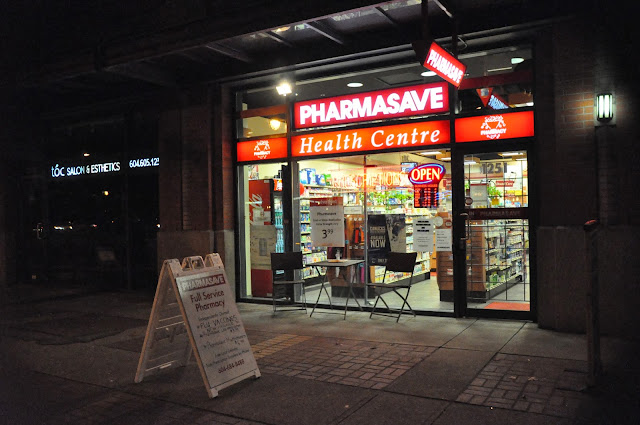 Just after supper I had a memory flashback from when I was about eight years old. Mom (that link will take you to her obituary), Dad, my sister Phyllis and I used to take Sunday drives. Often all four of us would break into singing on these drives. Our favourite song was "She's coming 'round the mountain" which always seemed to end in gales of laughter. Very happy days indeed.  Bill's mother was a woman ahead of her time.  I think the obituary is well worth a read. 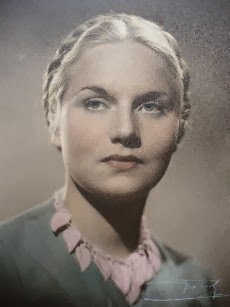 For other stories in the lives of people around the world, don't forget to check out the Our World Tuesday link.  Thank you, as always, for stopping by.
Posted by Black Jack's Carol at 10:58 PM