Posting to TexWisGirl's Good Fences meme today.  Thanks so much, Theresa!

We explored some downtown heritage buildings a few days ago.  This was in the originally BCTel building. 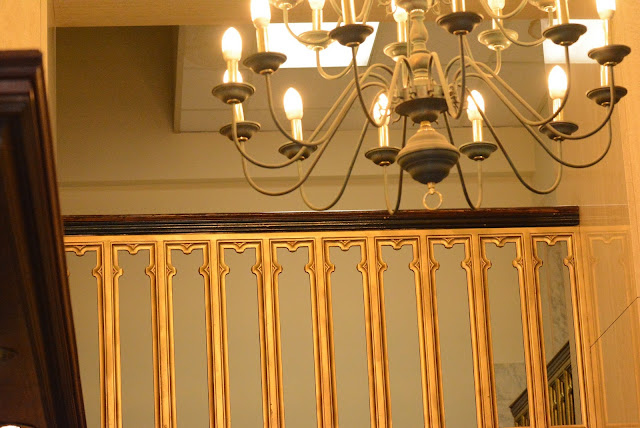 The fire escapes at the back of the building.. 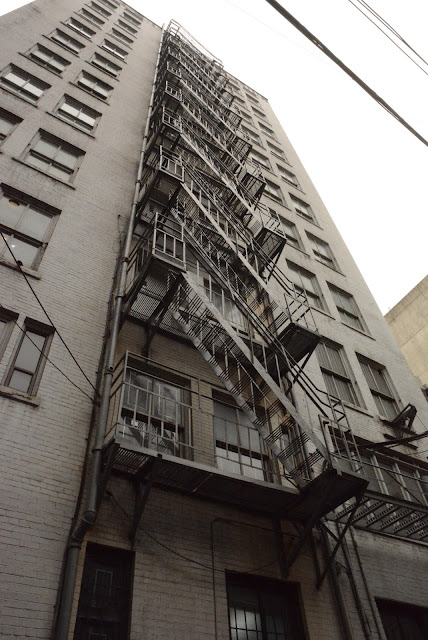 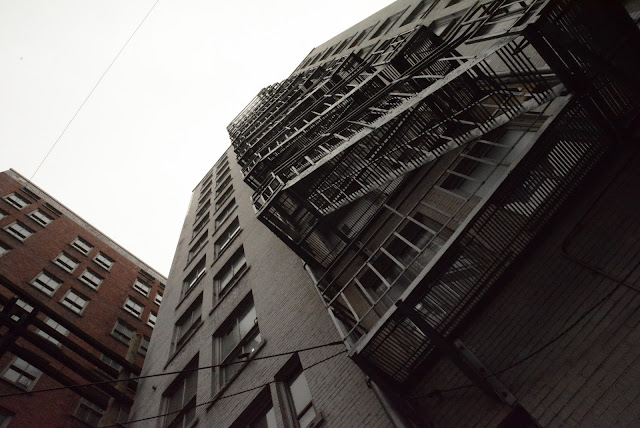 The alleyway had iron railings in front of the first-floor windows. 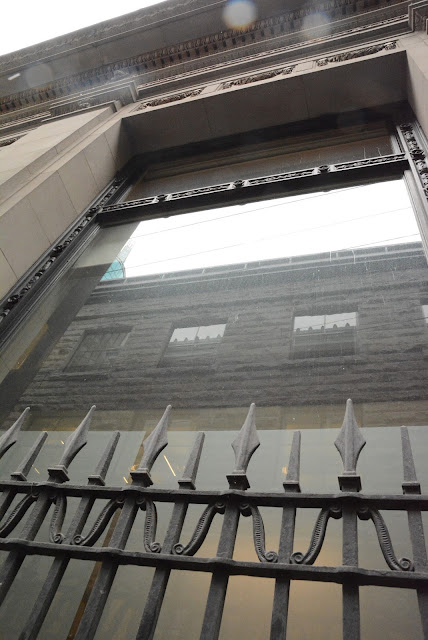 We walked through an alley and came across this ornate fence. 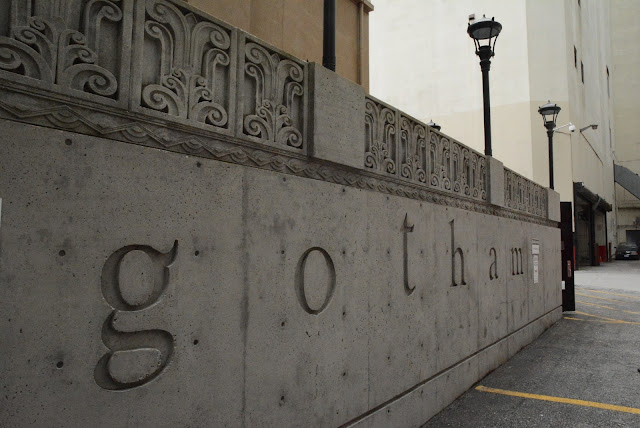 This is a closer look at the fence behind.. 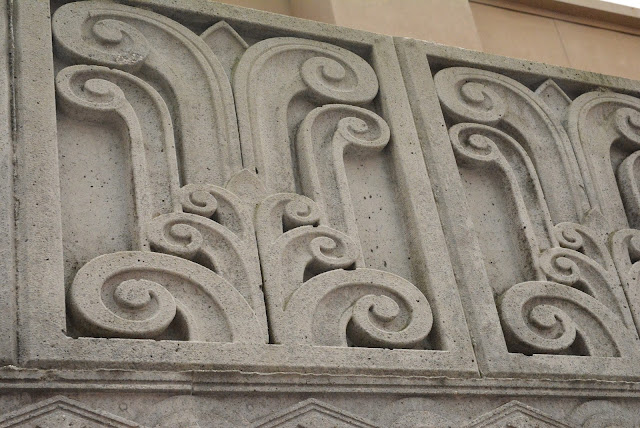 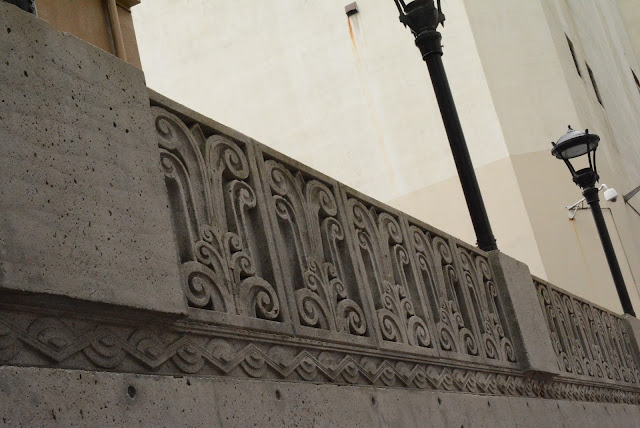 Vancouver's Stanley Park Seawall has been featured many times on my blog.  A couple of days ago, Black Jack led Bill down the steps.. 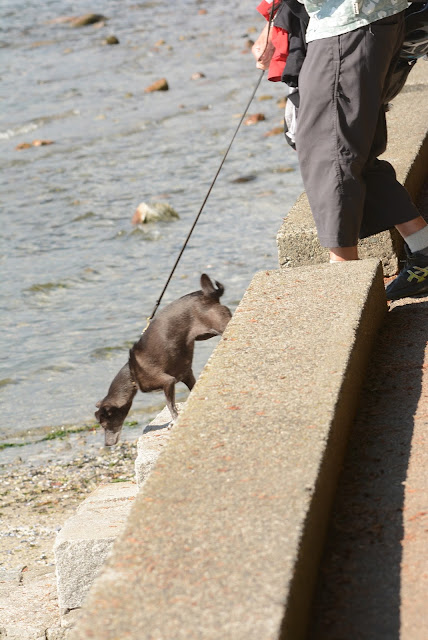 and onto the shoreline.. 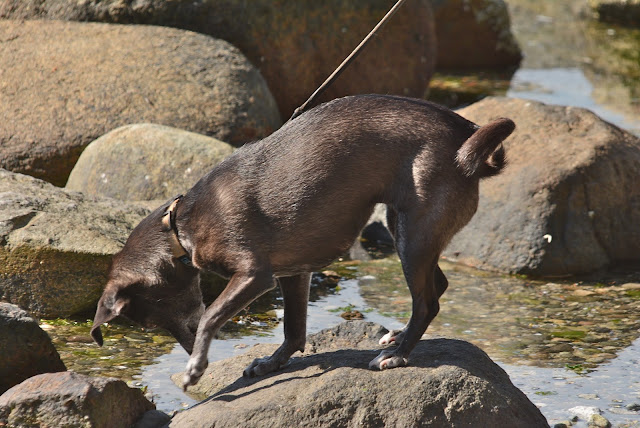 where she happily investigated every detail before.. 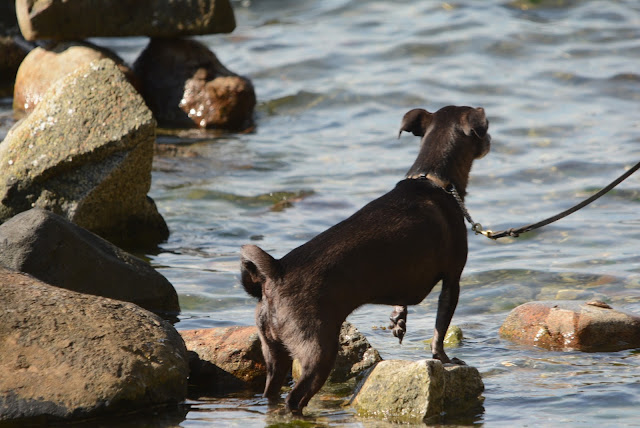 turning to check out.. 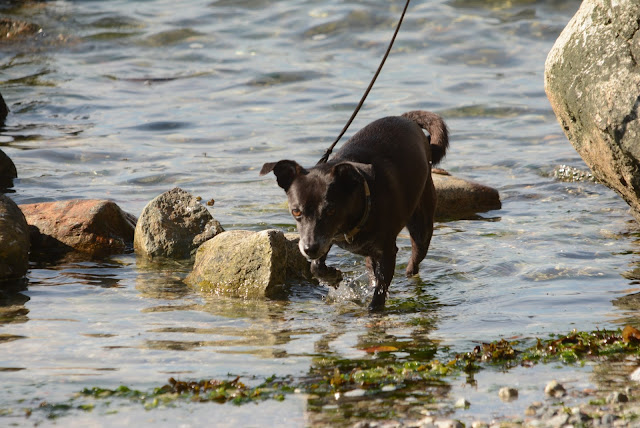 the driftwood by the wall. 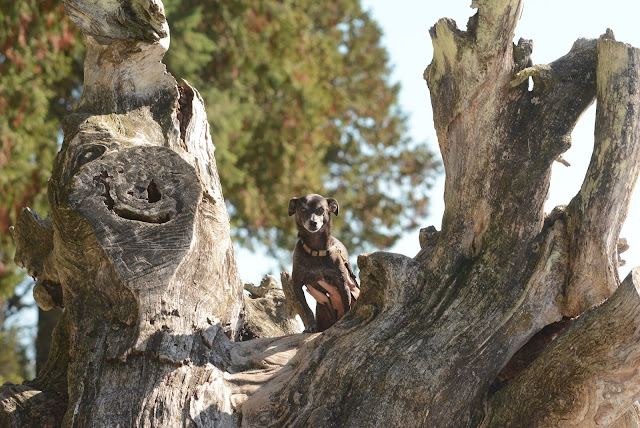 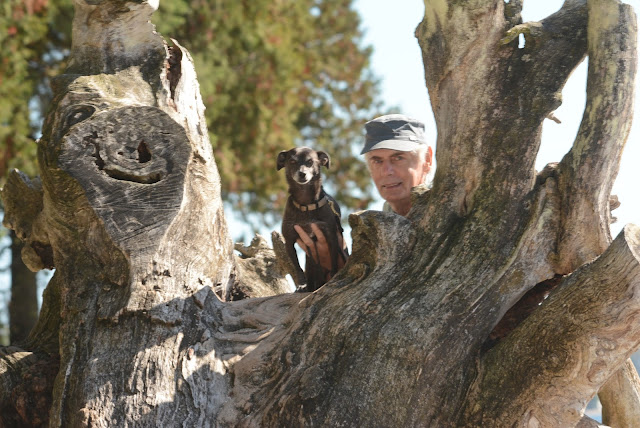 Here's a view of one side of the driftwood.  More about it in another post. 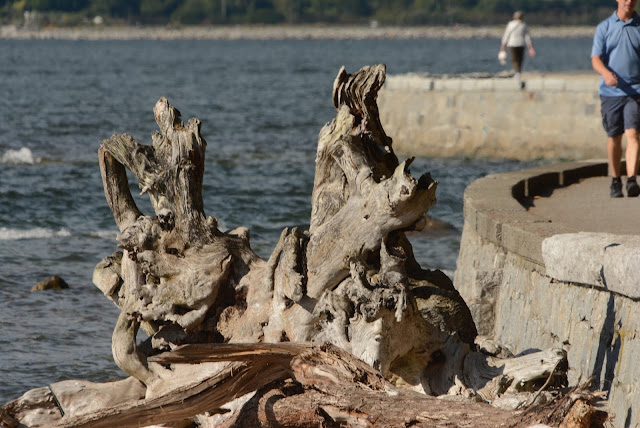 This is another part of the seawall, 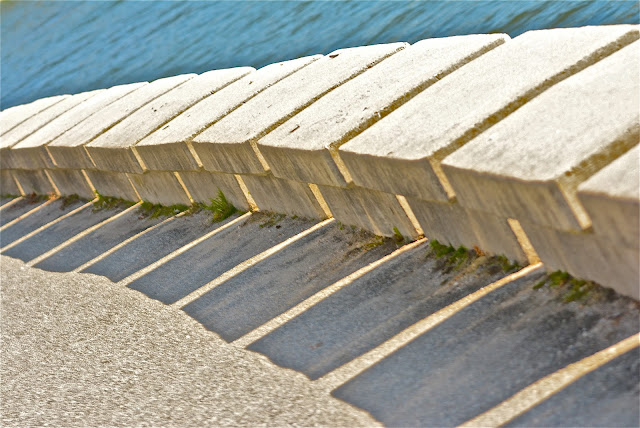 and a small portion of the fence that separates the swimming pool on the other side of the path. 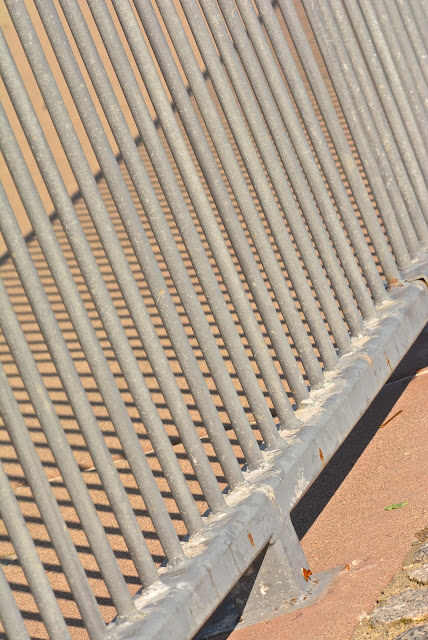 It is closed for the season; the seal slide looks happy to be on vacation. 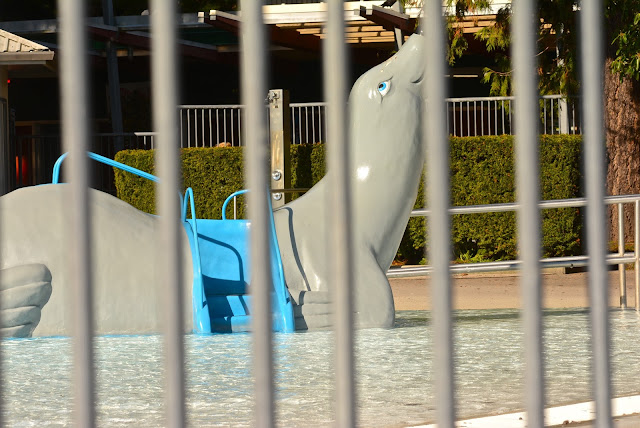 The gulls are also keeping a vigil. 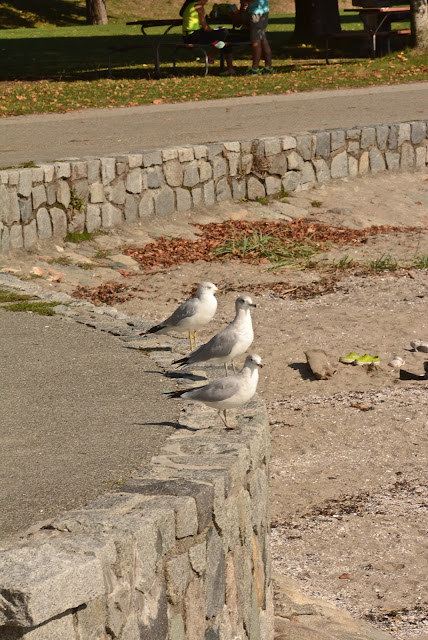 We sat on a park bench in front of this last fence that day and enjoyed the sea air. 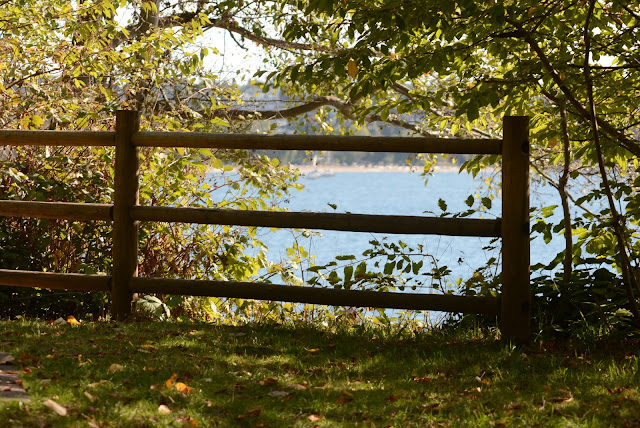 On another outing, we looked at the fences that enclose Yaletown's brick warehouses, built on rail platforms.  Here is a link for more history on that subject.  We had never noticed this strange sculpture before.  Perhaps, it is a stylized sail representing Vancouver's maritime life.  It can also double as a coffee-cup rest.. 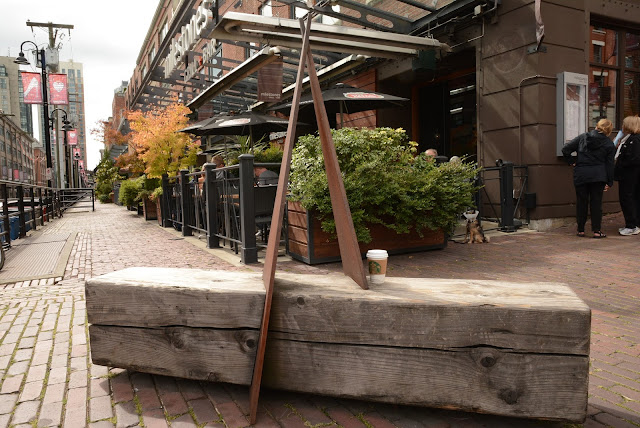 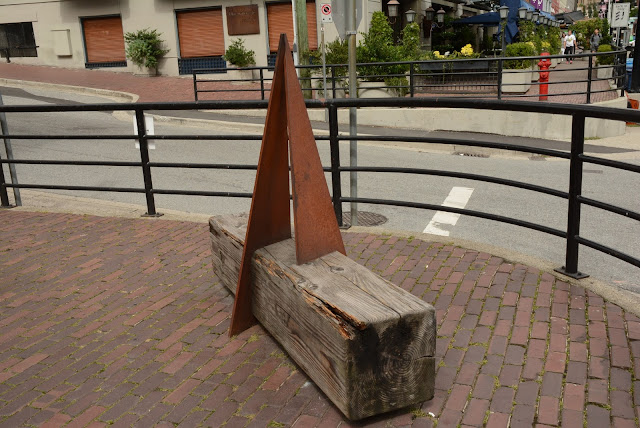 There's Bill, saying "Hi" to all fence lovers and thanks again to Theresa for the great meme.  Until next week, au revoir. 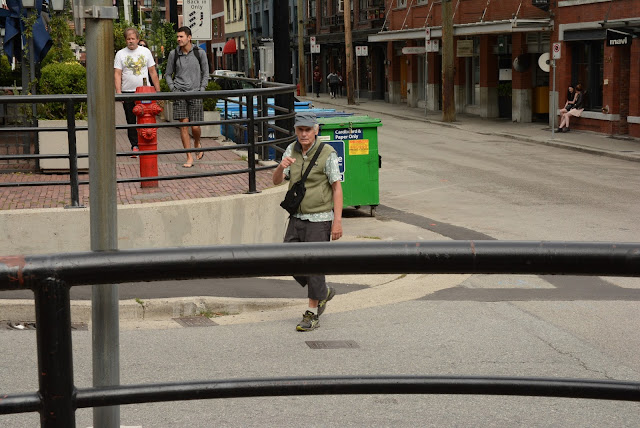