Mottled, rain-filled, night-time, clear blue, dull grey, wind-swept and blazing skies have all passed in front of my camera over the past week.

On Saturday afternoon, the 23rd, walking past the stadium roof, 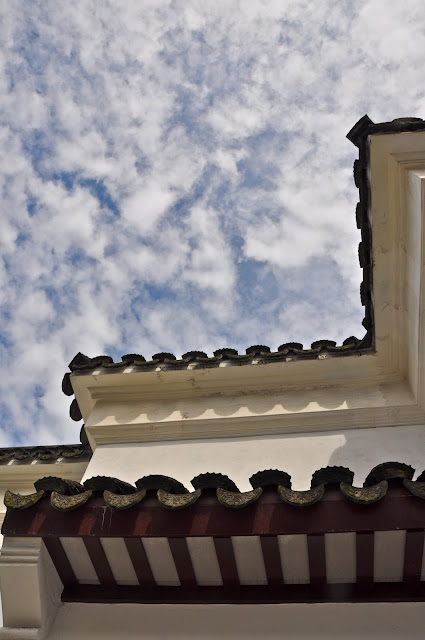 mottled patterns provided a background for some of my favourite sights. 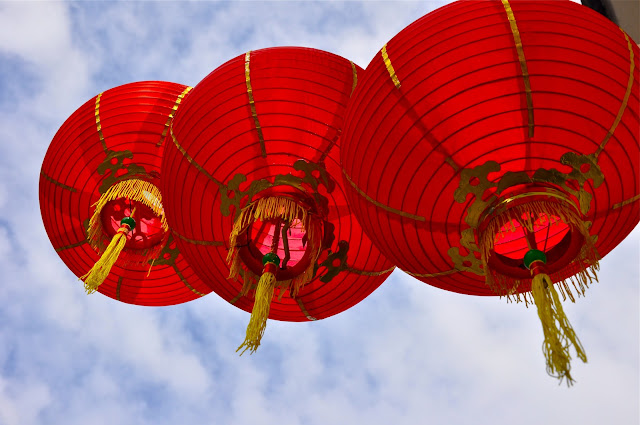 In the evening, as we drove to see "The Merry Widow" at UBC, rain was falling.. 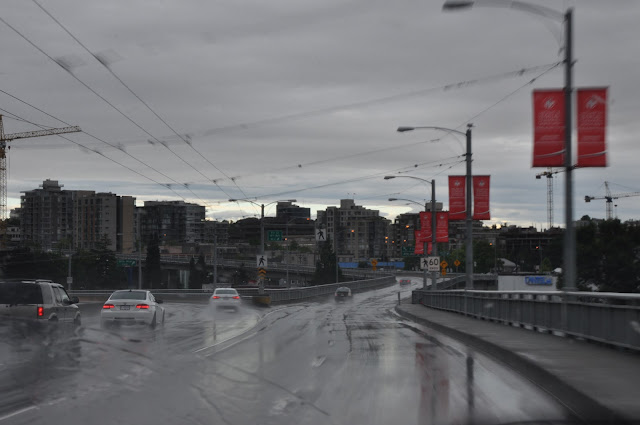 and the skies were dark. 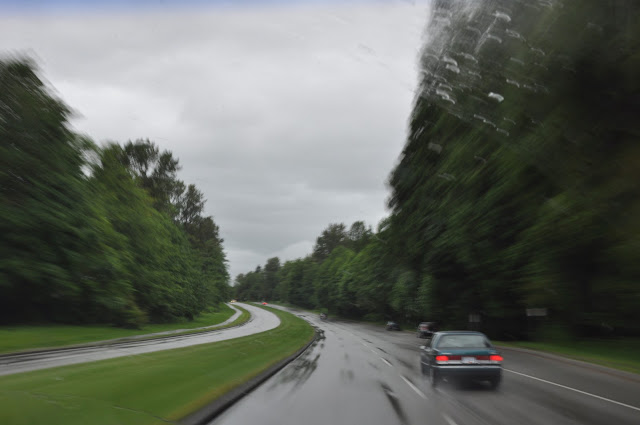 Going home again afterwards, it was amazing to see that there was still light in the sky at almost 10:00 p.m.  The rain had stopped and Bill and I both loved this sky over Spanish Banks. 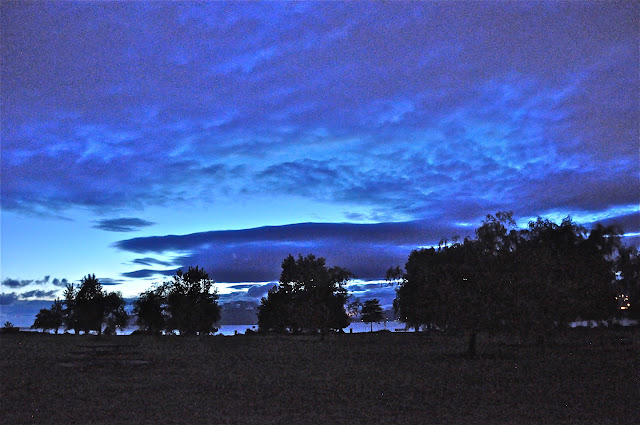 On Sunday, there were patches of swept blue under the mottled bits, 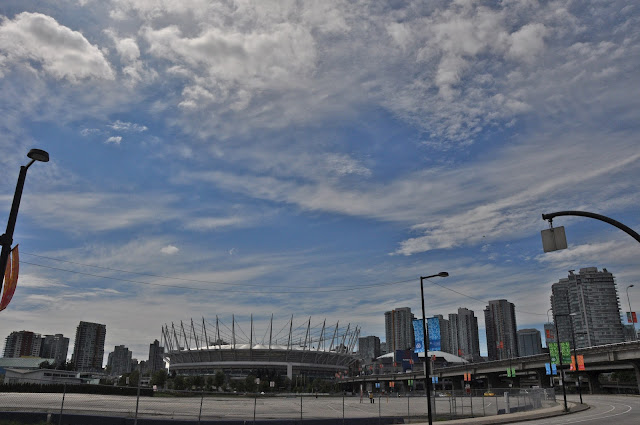 and I thought I saw a happy stick-man dancing. 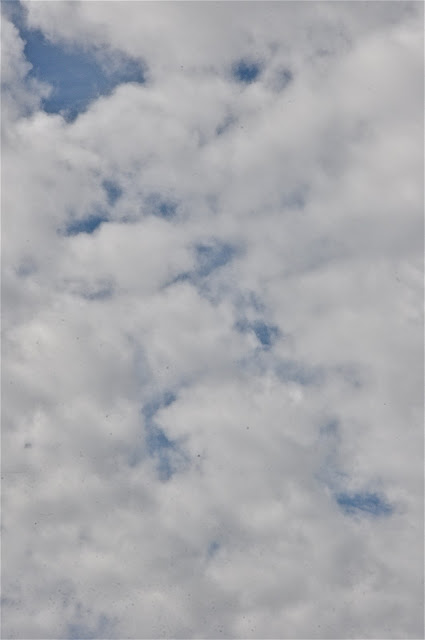 A distinctive "mountain-range" of clouds gathered.. 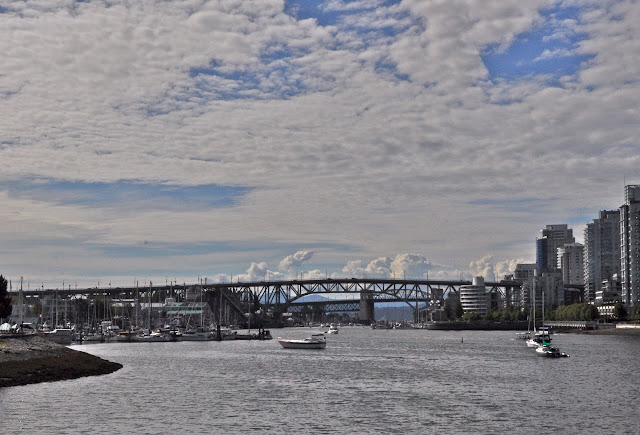 over the Granville Street Bridge. 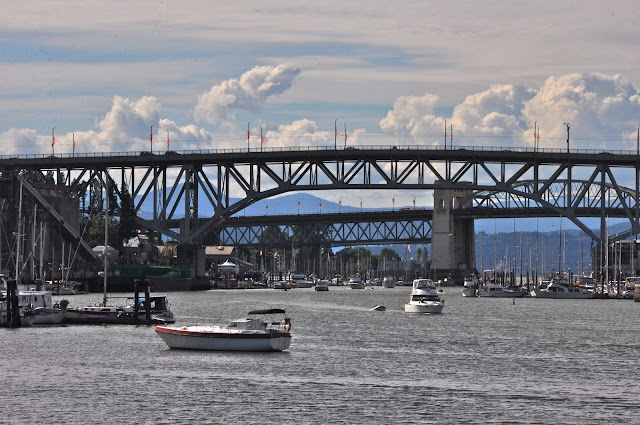 On Monday, as we took the ferry to Salt Spring Island, there were clear blue skies.. 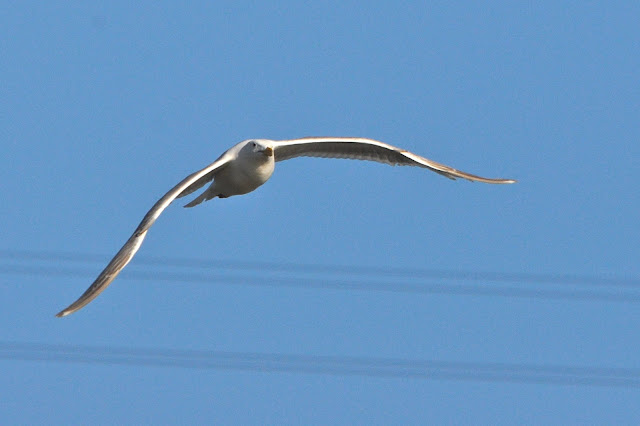 and winking seagulls reminding me that a peek in the opposite direction..

would reveal grey ones as well. 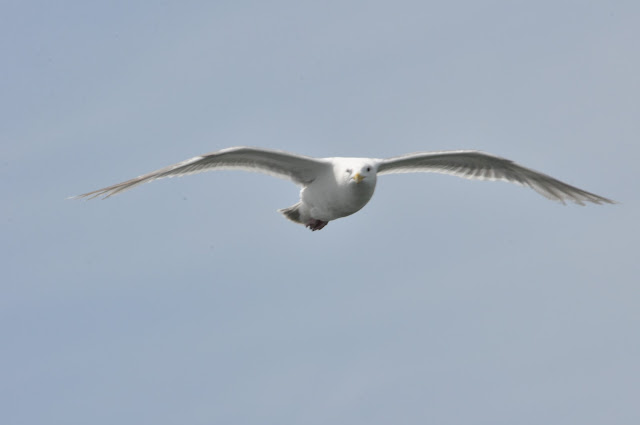 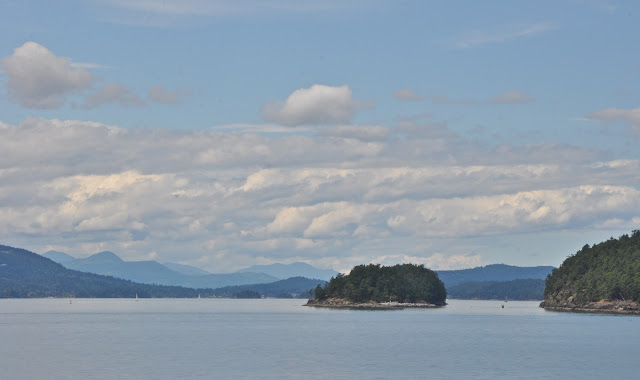 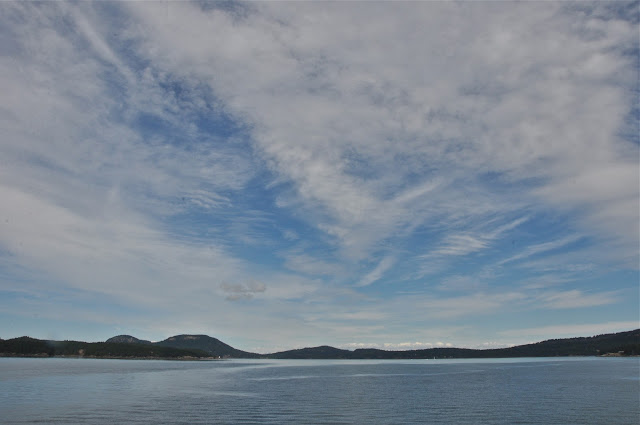 and patterned ones (maybe a rocking horse?) all presented themselves within the space of a few hours. 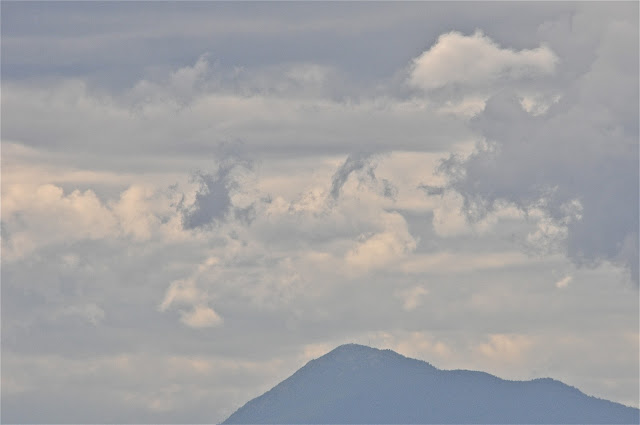 As the sun began to go down over Salt Spring Island on Tuesday, I suspected we were.. 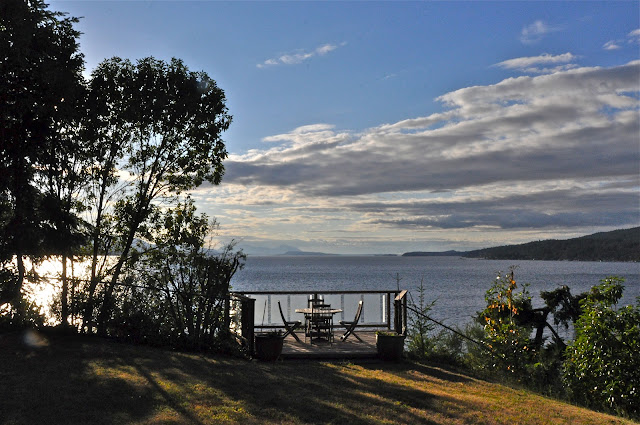 in for a very nice sunset, 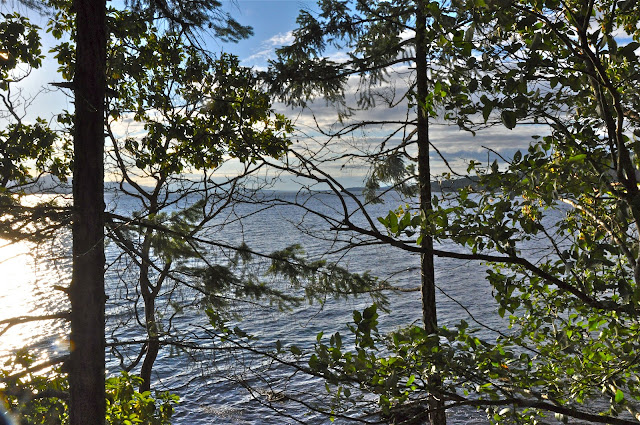 and that turned out to be true. 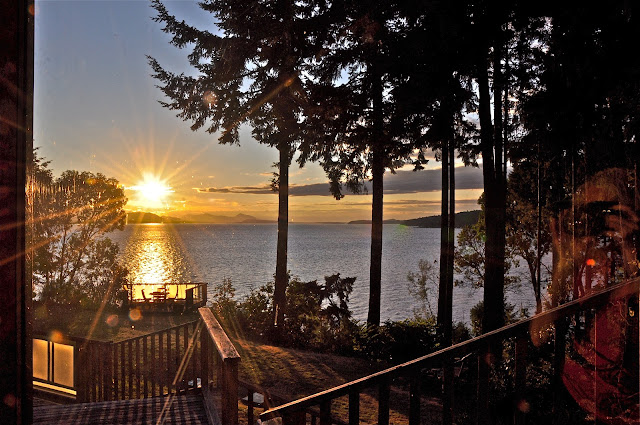 The rays reached in the kitchen window, 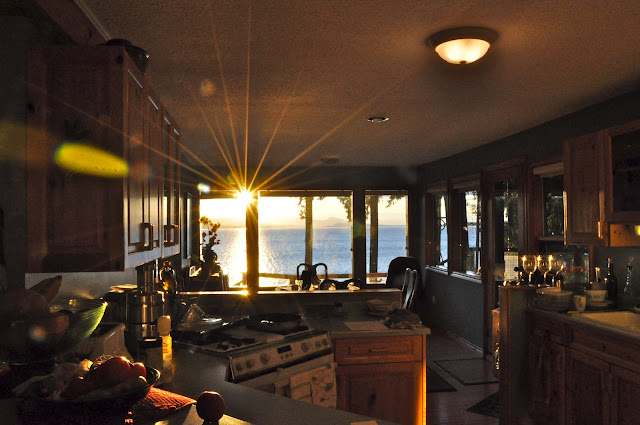 peeked behind the trees.. 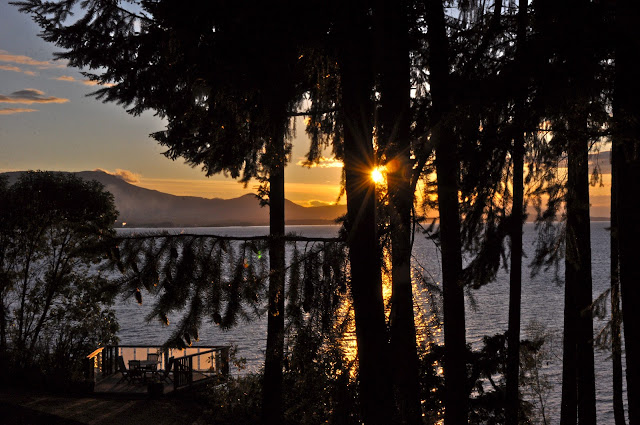 and formed a star at the top of a golden path across the ocean. 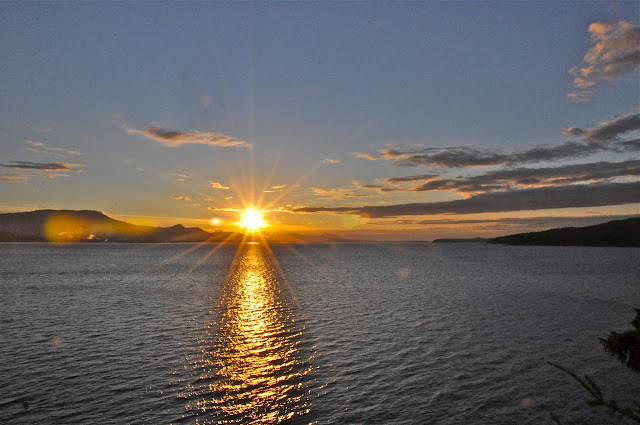 On Wednesday, we boarded the ferry for the trip back to Vancouver.  Bill parked the truck, and I walked upstairs.  This eagle floated out of a blue sky just as I opened the door onto the ferry deck.  Somehow, my camera and I were able to pull ourselves together for the photo. 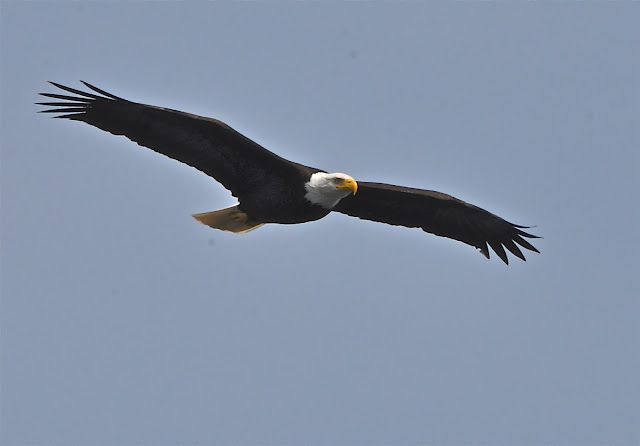 That would be the last blue sky I saw for the week.  Clouds were forming, 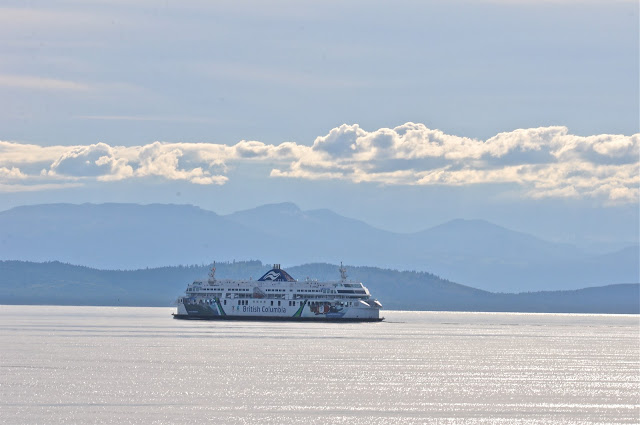 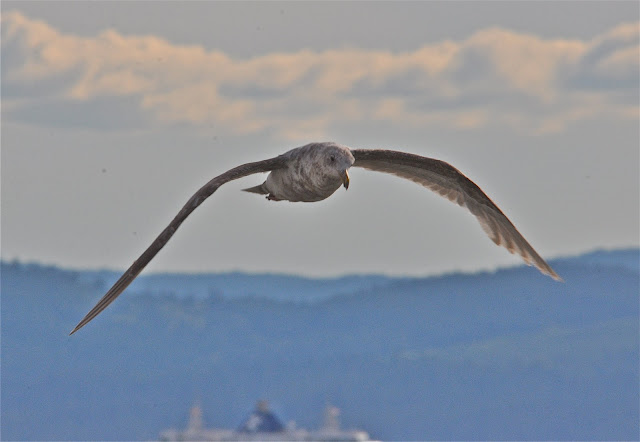 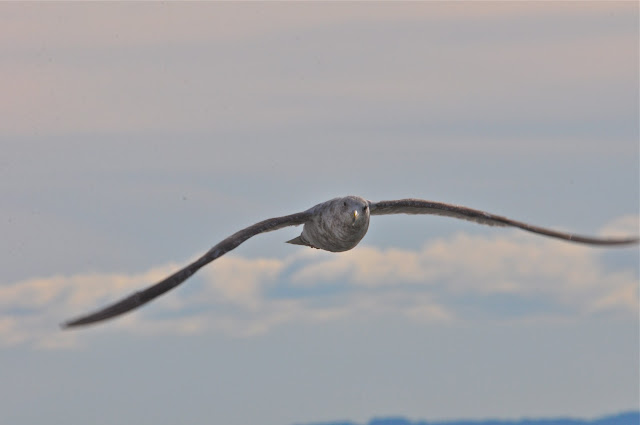 with just a touch of pink to highlight their.. 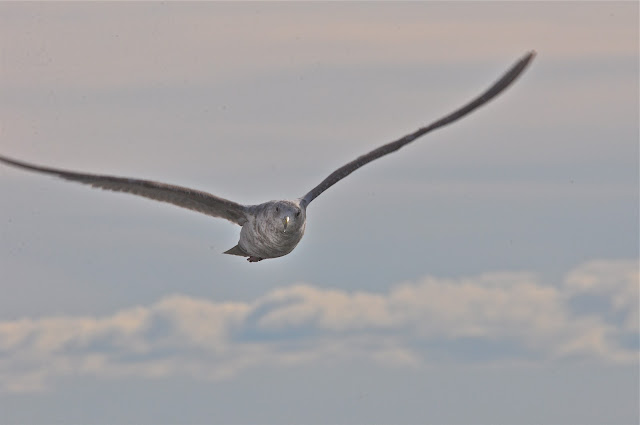 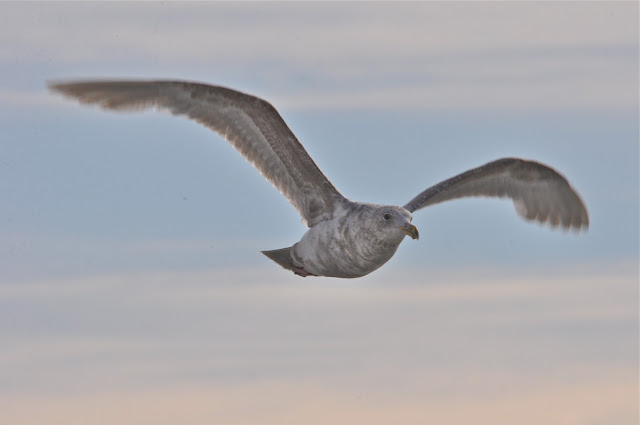 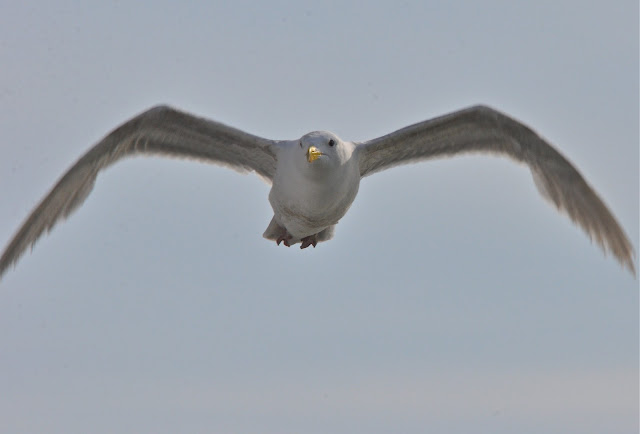 a friendly good-bye, a fitting conclusion to this post, as the skies yesterday remained similar to the one you see here. 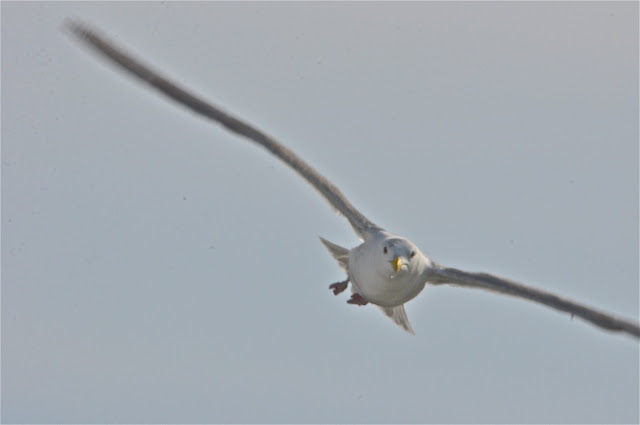 To view a panorama of skies from around the world, do take some time to visit the wonderful Friday Skywatch site.  Have a happy weekend, everyone, and thank you for stopping by.
Posted by Black Jack's Carol at 8:50 AM