All but the last two pictures in this week's Skywatch Friday post were taken near Victoria, BC, where we enjoyed a little holiday last week.

On Wednesday afternoon, June 6th, this was the view.. 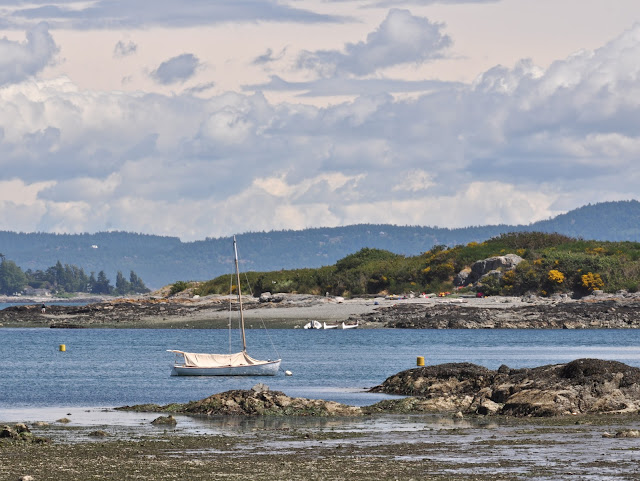 as we looked over Oak Bay, BC, 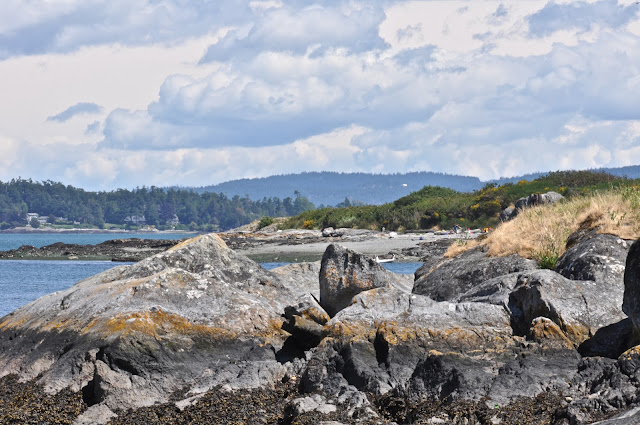 just a short drive outside Victoria. 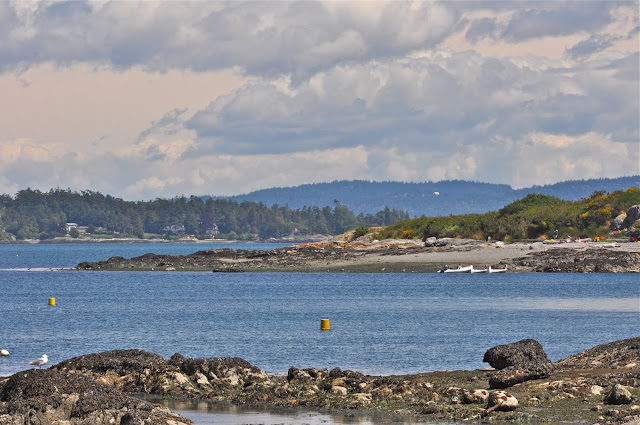 On Thursday, June 7th, I wandered through Beacon Hill Park and explored a few unfamiliar streets as I walked back to where we were staying.  I was a bit surprised to find myself by Royal BC Museum, 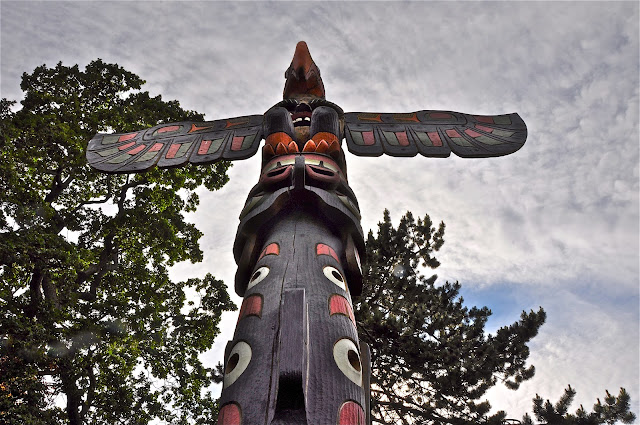 but took advantage of the moment to capture some mottled skies behind this totem pole. 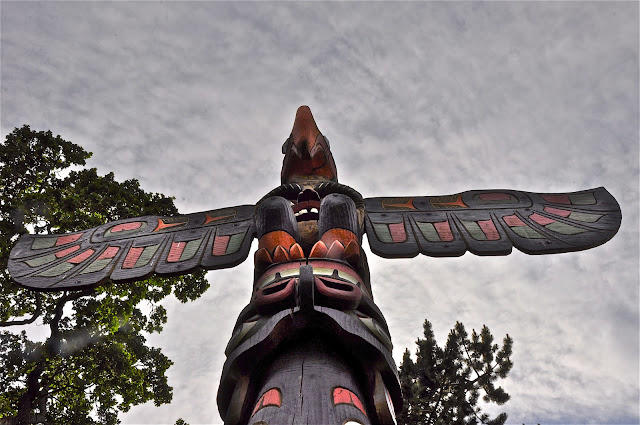 The next day, I took this picture of a clock on Cook Street, just before we drove to Witty's Lagoon.  I liked the powder blue skies behind it, but in fact, the weather was quite unstable. 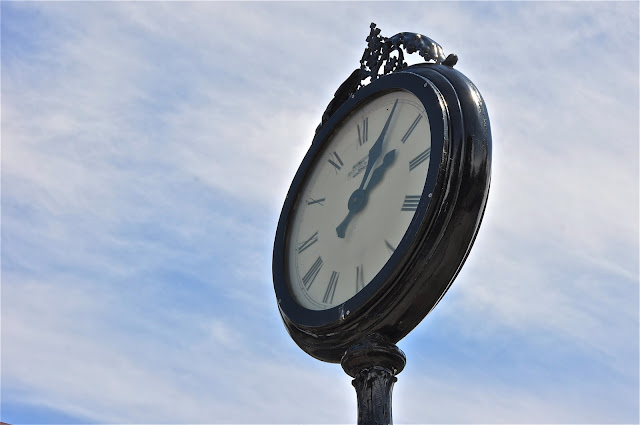 As we drove, there were moments of raindrops, some all out showers, 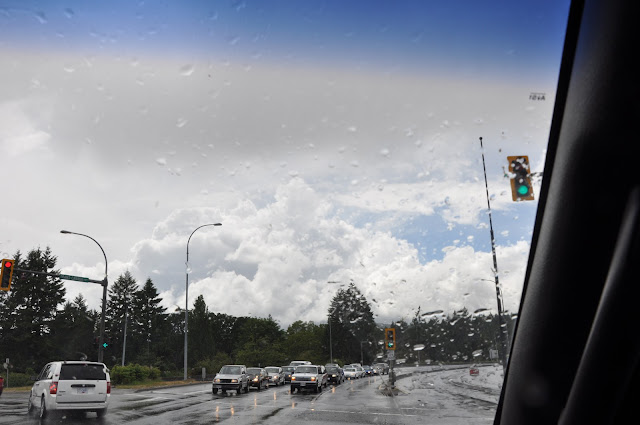 and some bright blue patches too. 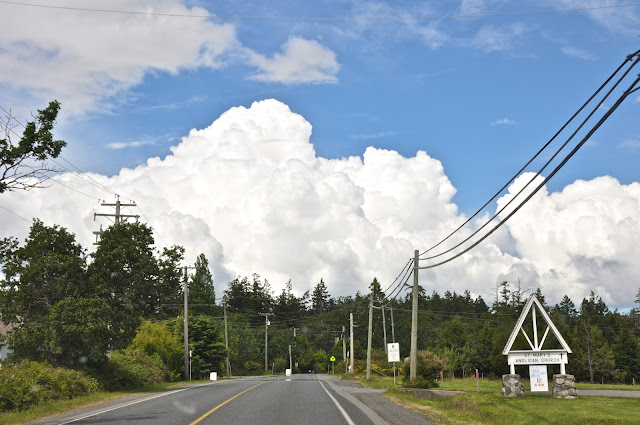 By the time we arrived, the rain had stopped.. 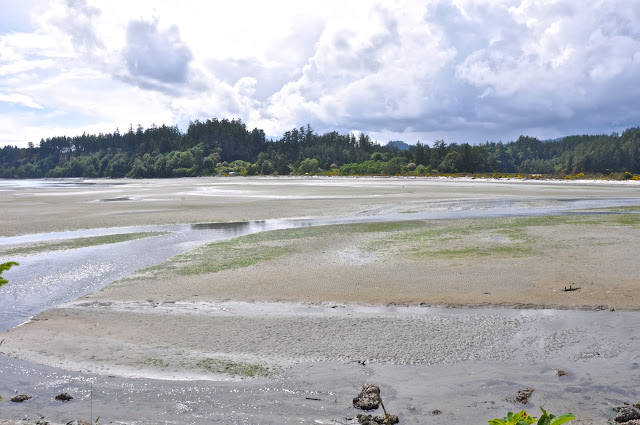 and the view at low tide.. 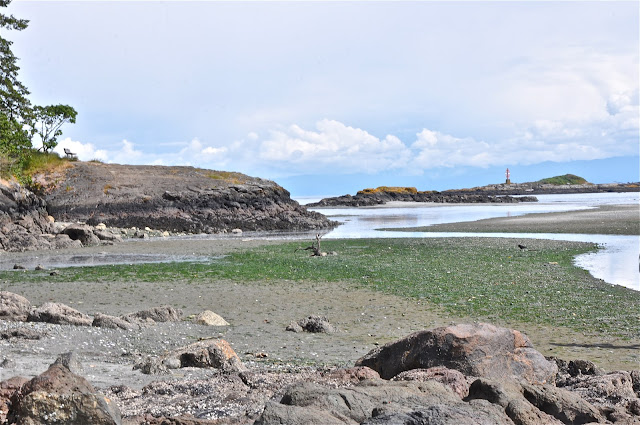 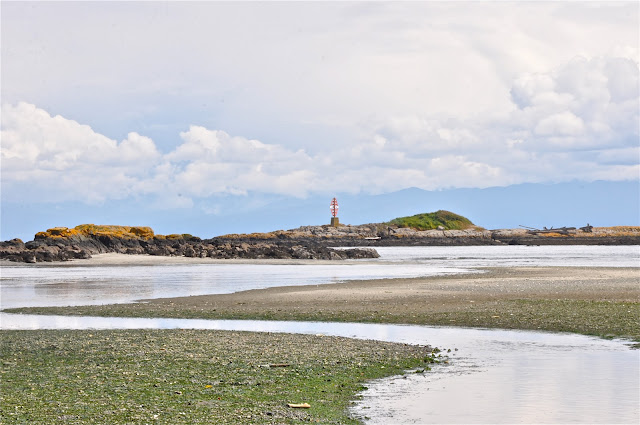 Behind me, a couple of tree branches caught my eye on a two-toned background. 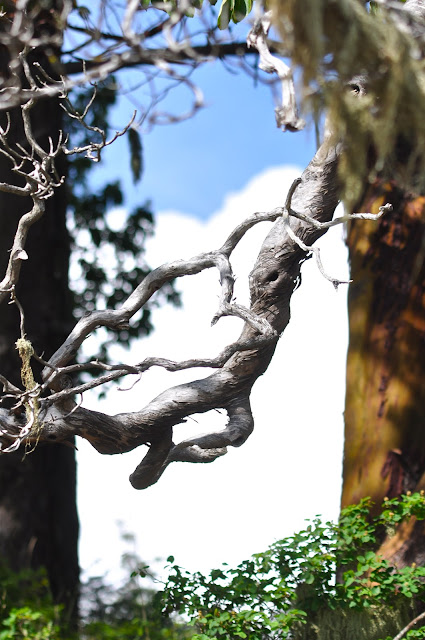 As we were driving back to Victoria, I tried to capture this cloud through the truck window, hoping to show the silver lining of Milton's Comus (1634).  It came out more like a white lining but I enjoyed the attempt.
On Sunday morning, we walked through Beacon Hill Park one more time, before heading to the ferry and back to Vancouver.  As we came over the top of the hill, the mountains across Juan de Fuca Strait.. 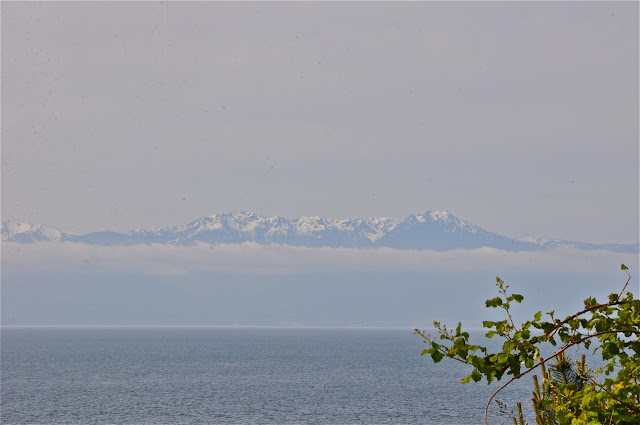 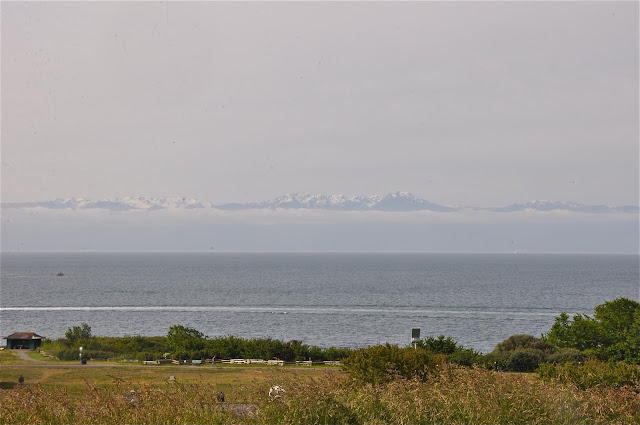 Back in Vancouver again, I took these clouds two days ago over False Creek . 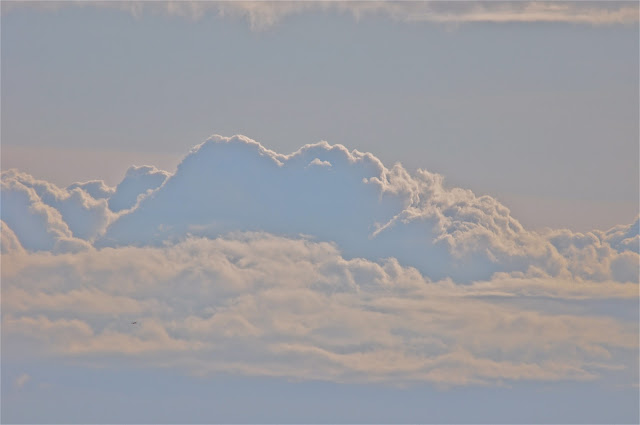 And last evening, just before we saw the play, London Assurance, at Jericho Playhouse, Bill suggested I take a picture of the clouds behind these lights in a ballpark across from the theatre. 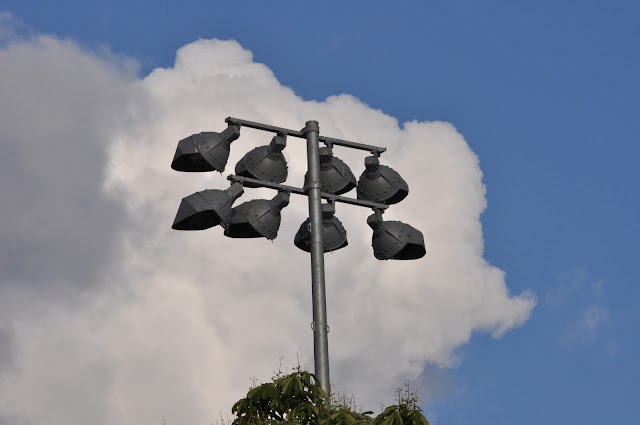 Those were the notable skies in my week.  For other skies from around the world, be sure to check out Skywatch Friday.
Posted by Black Jack's Carol at 8:32 AM