It has been another week of very changeable skies in Vancouver, B.C.  This morning, I heard on the news that there was a fire last night in Stanley Park.  I found the photo below at a Vancouver Sun web site.  I am thankful the firefighters were able to stop this from spreading.  Words almost fail me to describe how heartbroken most people in Vancouver would be to lose that park.  I can barely think about it.
Here are the skies as my camera and I saw them over the past week:
SUNDAY
MONDAY


WEDNESDAY
THURSDAY AROUND 10:00 P.M.
The Roundhouse Plaza is just behind my apartment building. A sort of roof/shelter was recently erected.  Supposedly, it is to provide shelter for bands and other entertainers, but in fact, people get quite wet when they stand under it.  Both Bill and I have felt critical of the money spent (1.8 million) for something that seems so non-functional.  However, I have to admit to enjoying the view last night, when I noticed some lights had been added, with a kind of mist coming up from the wooden floor.  The night sky had an amazing amount of blue in it, considering the time.  I have included several different shots, as the colours changed minute to minute. 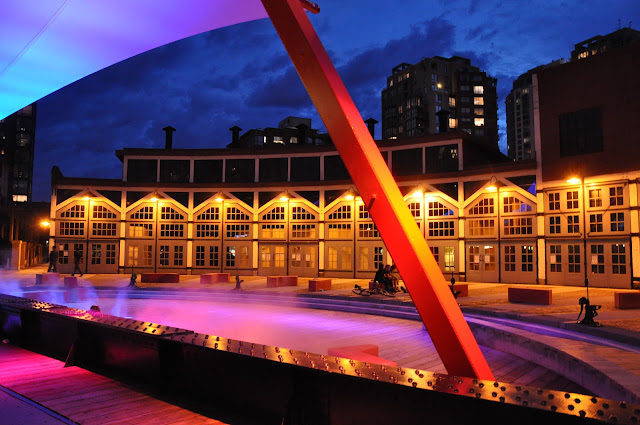 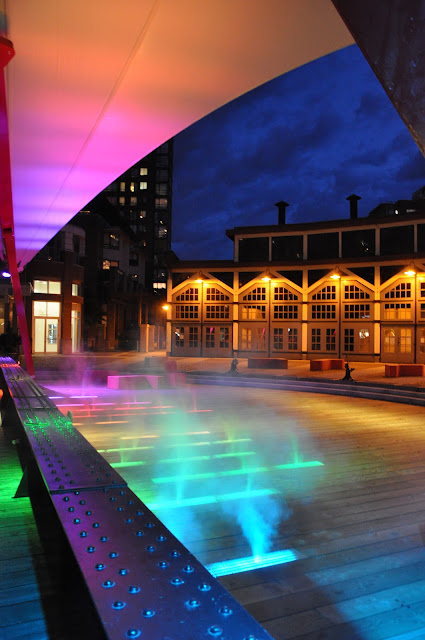 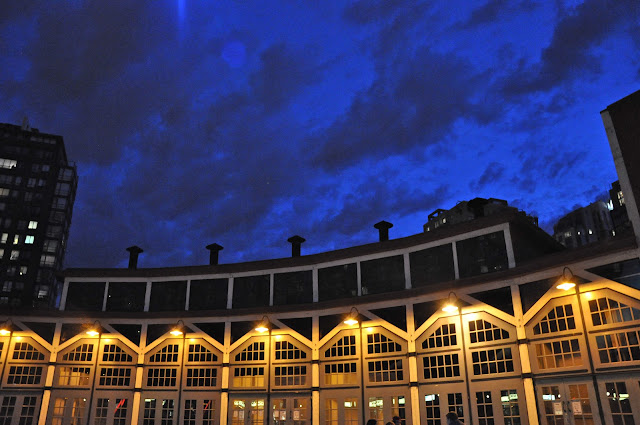 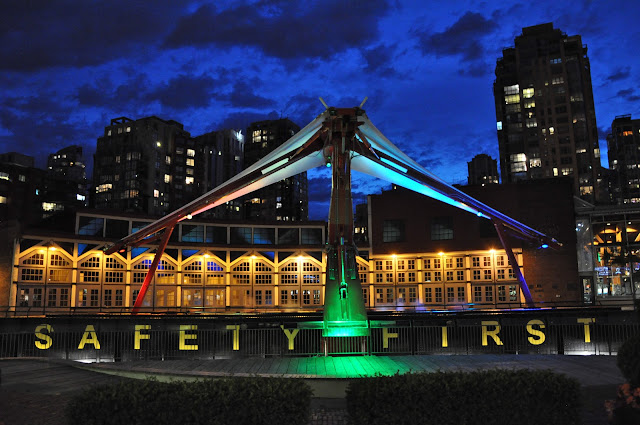 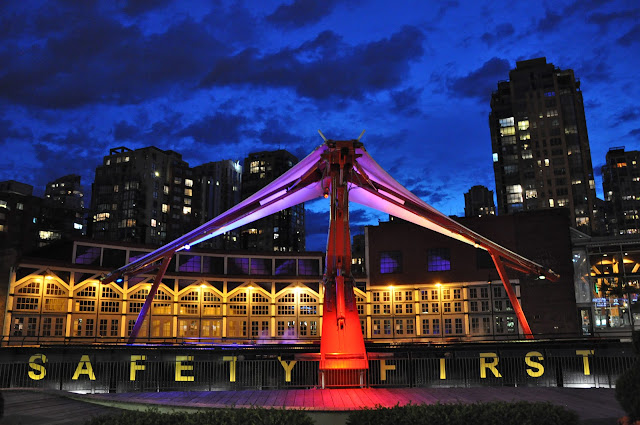 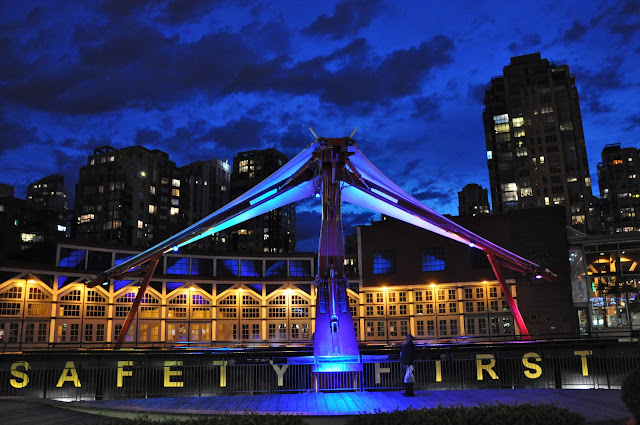 Thank you so much for taking time to look at the skies that I enjoyed over the past week.  For other skies around the world, do check out Skywatch Friday.
Posted by Black Jack's Carol at 9:29 AM