We arrived back in Vancouver yesterday afternoon, after spending a week in Victoria (British Columbia).  There will be more posts to follow this week, but for now, here are some photos to give you a taste of a week jam-packed with stimulating experiences.

We were staying a two-minute walk away from Beacon Hill Park, one of Canada's most beautiful treasures.


We biked around the park one day.  I had forgotten Black Jack's basket that fits on the front of my bike, but Bill saved the day by figuring out that she could ride in his crate.  I rode behind and watched her carefully, worried that she would jump out when she saw a squirrel.  Jean, if you are reading this, I really appreciated your link to dog helmets.  We're thinking about it although I worry at least as much about injuries to her legs and back, should she ever jump.  Let's just say we are very, very cautious! 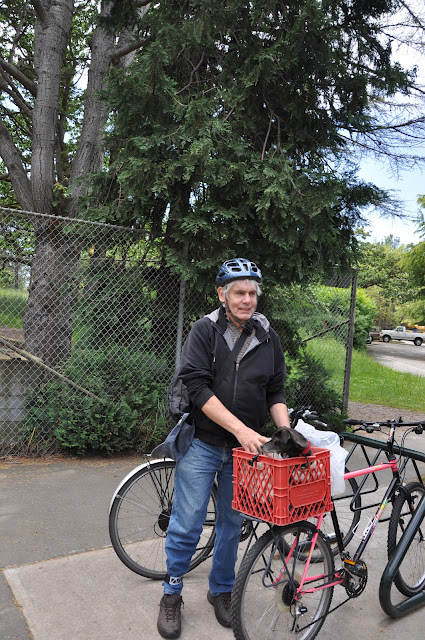 We had some cool days and quite a bit of wind, so we wrapped Black Jack in a towel.  It served the double duty, I hoped, of discouraging her from jumping. 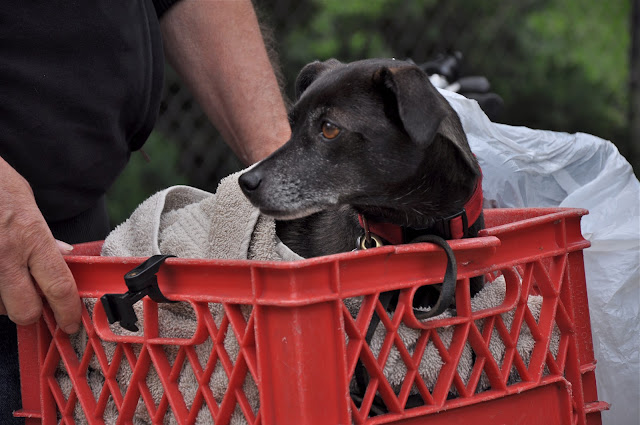 Behind that fence is the petting zoo, and Black Jack could not take her gaze away, even for a second. 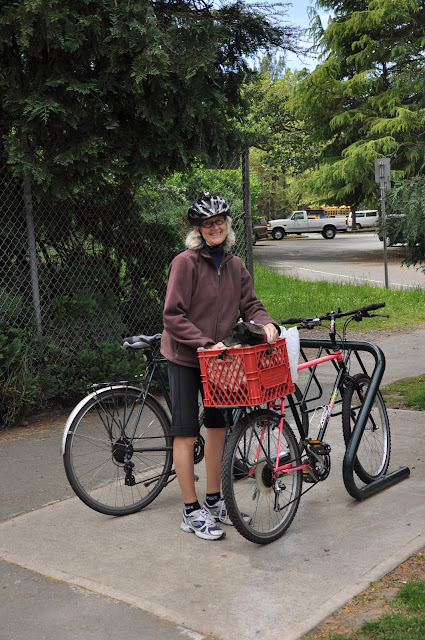 Many more pictures of farm animals coming, but for now, just two pygmy goats, one of them being naughty as he climbed on top of his sister. 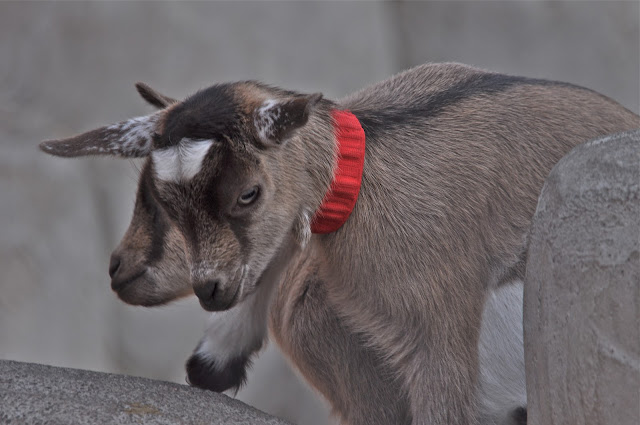 Black Jack led me to the petting zoo EVERY single day, and usually at least twice per walk.  I made a small donation and took her in twice, but sometimes, it was closed.  I had a hard time explaining that concept to her. 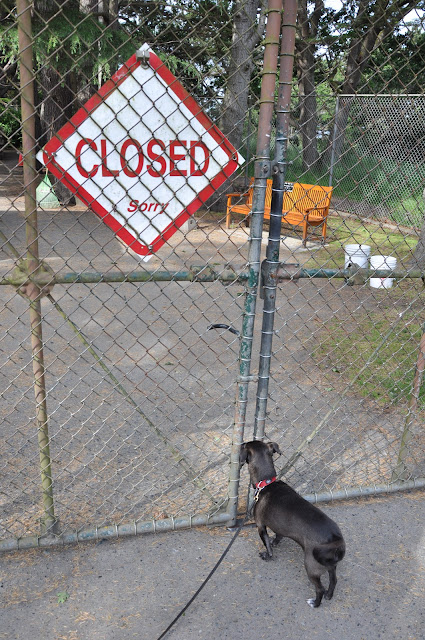 We walked up this little hill every day. 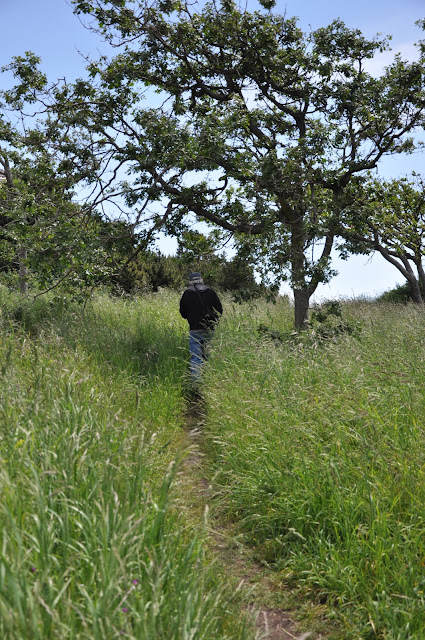 I'm saving the sky shots for Friday's post, but it was a thrill for me every time I looked over the crest of the hill... 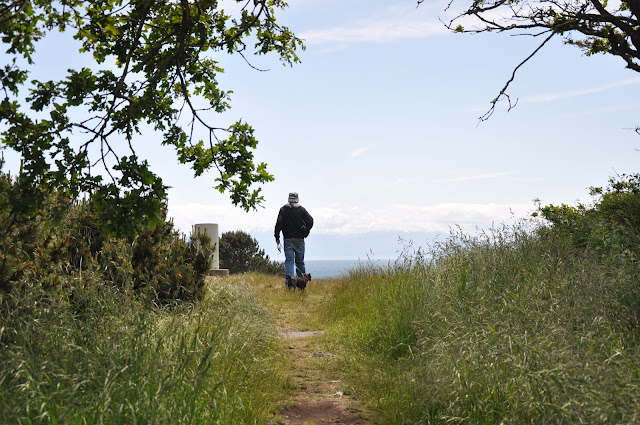 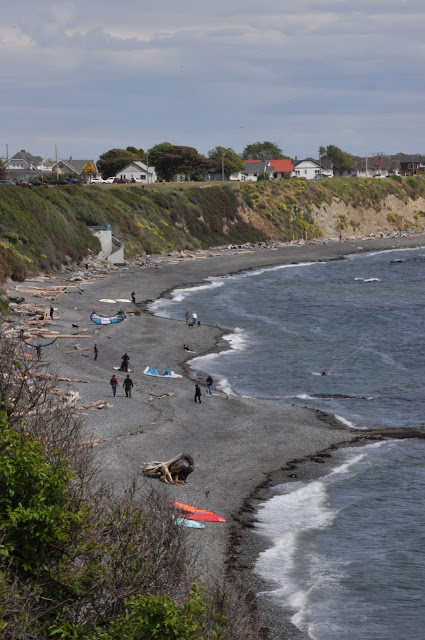 ST. ANN'S ACADEMY
We walked many times through this beautiful property, as it led us to many of Victoria's charming downtown attractions.  Here are a few sights that caught my eye.

OAK BAY
This beautiful seaside community is just a short drive from Victoria.  Again, it was a windy day, but the sun came out and we enjoyed walking along the rocks by the water. 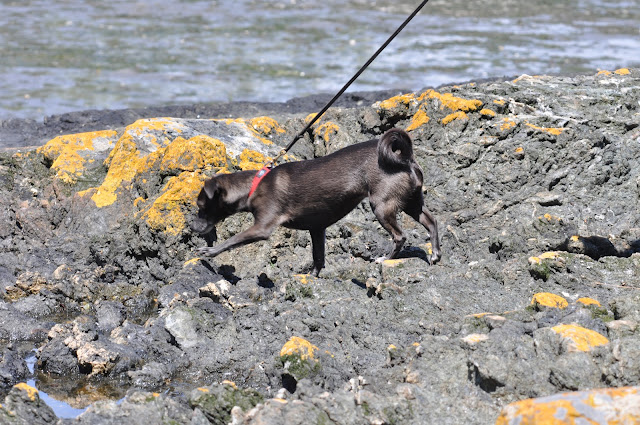 I yearn to own a little boat like this and we joked that it must have been abandoned. 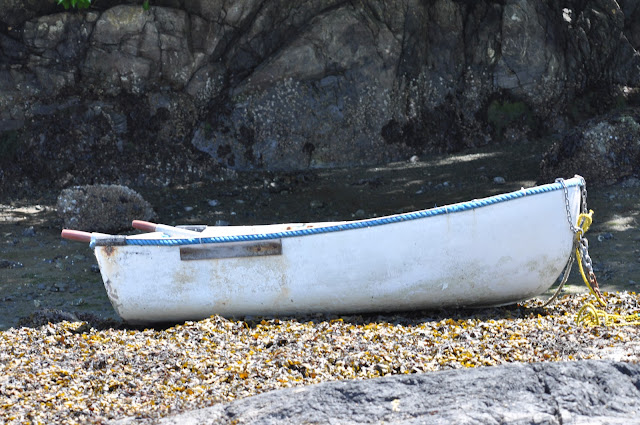 DOWNTOWN VICTORIA
McPherson Playhouse, where we saw and very much enjoyed "Arms and The Man" by George Bernard Shaw.  One funny little event.  We were in the front row, and a pillow rolled off the bed (parT of the set), all the way down stage and almost into my arms.  I tried to catch it, but it bounced off my hands, and into a space at the front of the stage where it couldn't be reached.  Bill felt that was a good thing, as I would have had the dilemma of deciding whether or not to throw the pillow back. 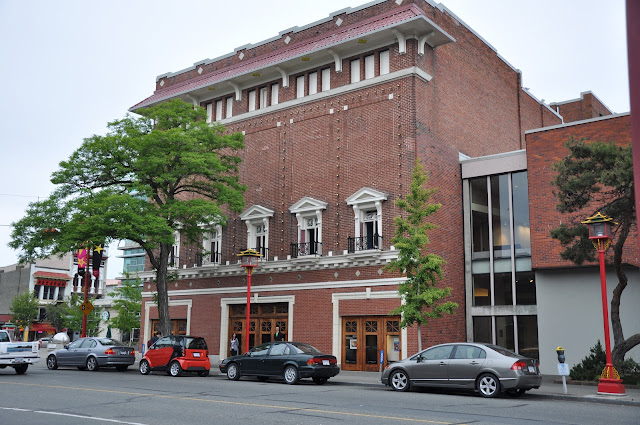 My blogging time has to be cut short for a very important reason. Bill's birthday is tomorrow, and we are meeting friends for a celebration supper in honour of that event. I will continue tomorrow with more information about that sculpture and the rest of our trip. In the meantime, here is a picture of the hanging basket at Bill's sister's house.  It seems to reflect the energy, happiness and just plain zest for life that is Phyllis!  I am so grateful to her and to Barrie for offering their house so generously.  Until tomorrow! 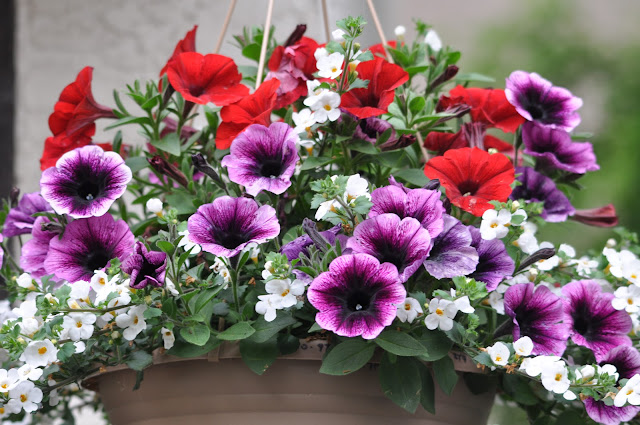 To learn about the happenings of people around the world, do check out Our World Tuesday.  You won't be sorry!
Posted by Black Jack's Carol at 4:28 PM