Of Fences and Thoughts

I posted about our movie date on Monday night, when Bill and I rode our bikes home over the Burrard Bridge after midnight but saved a few of the fence shots for TexWisGirl's Good Fences meme.  Thanks, Theresa, for hosting!

I asked Bill to move around as we searched out a spot with enough light for photographs, 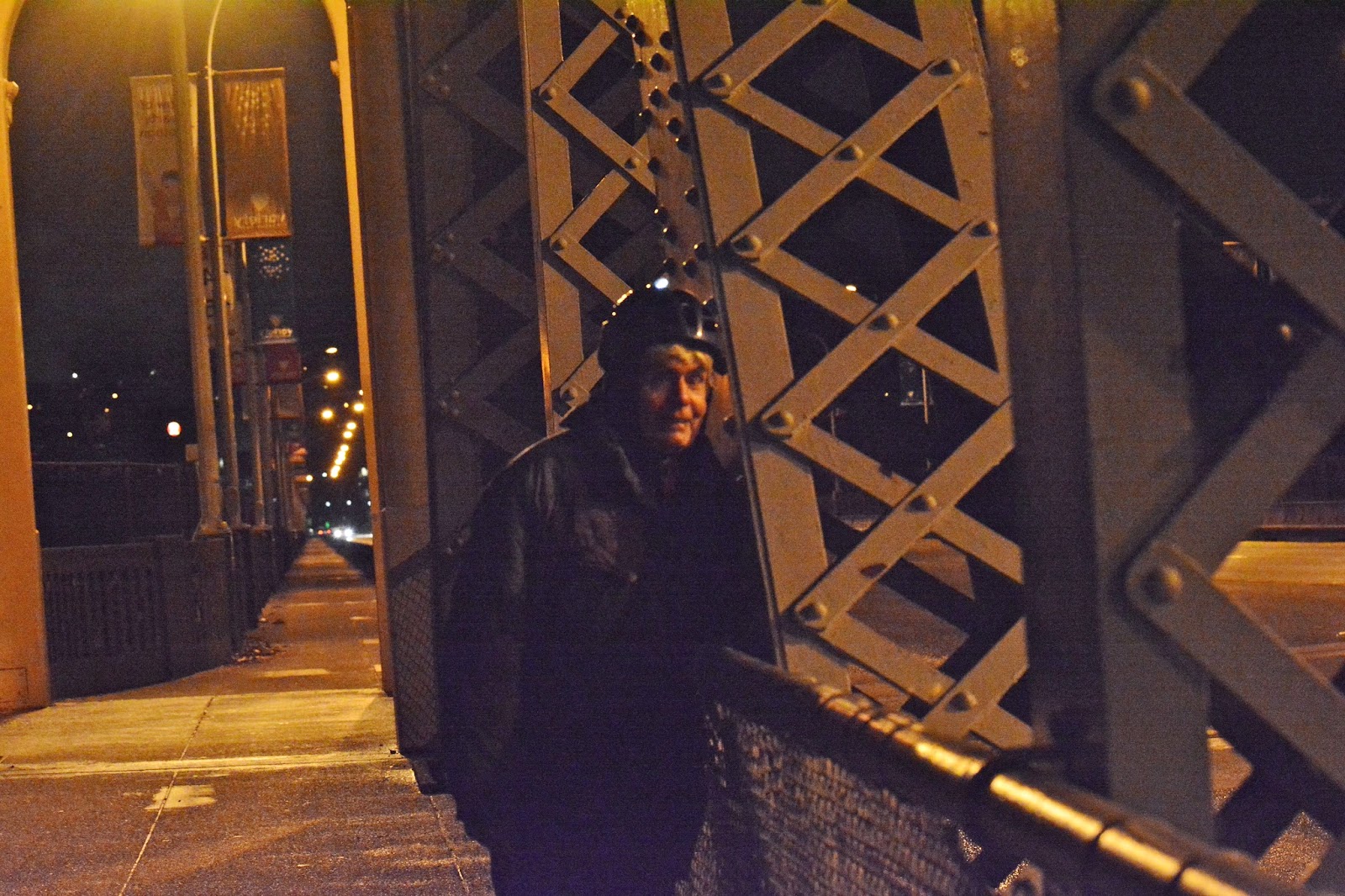 and it wasn't long before he started.. 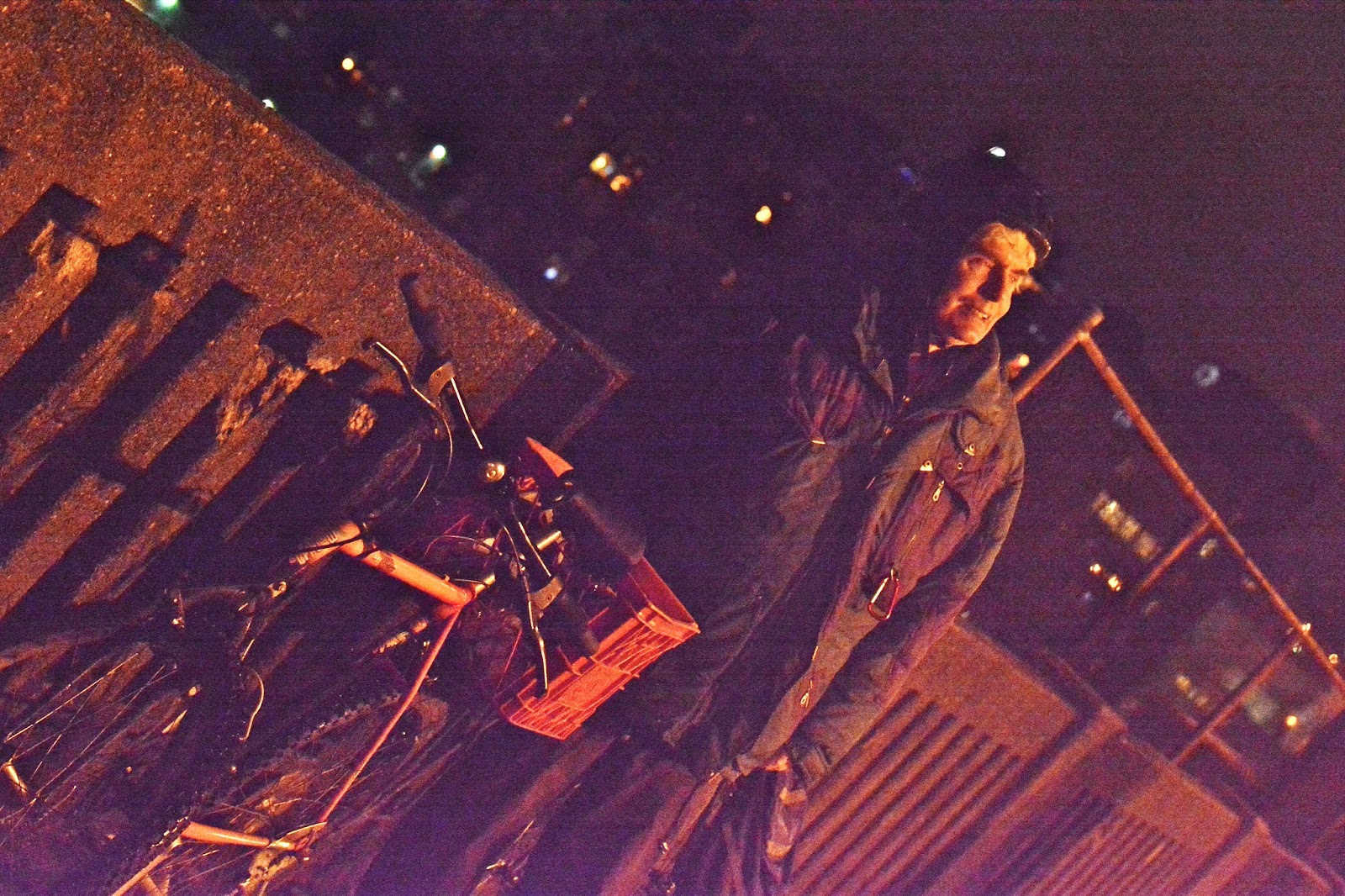 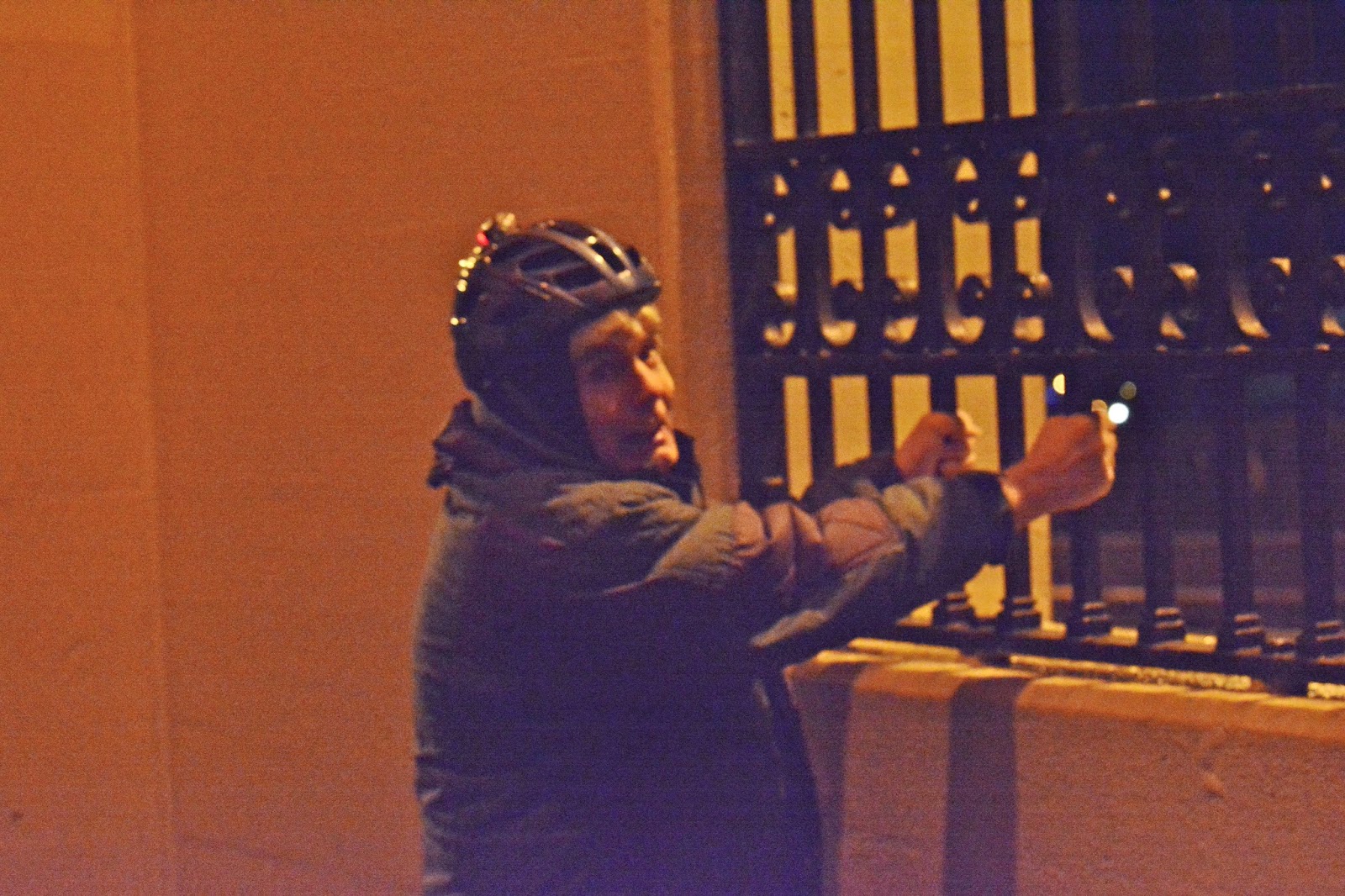 The bridge was finished in 1932, and has a few issues, but some wonderful features as well. 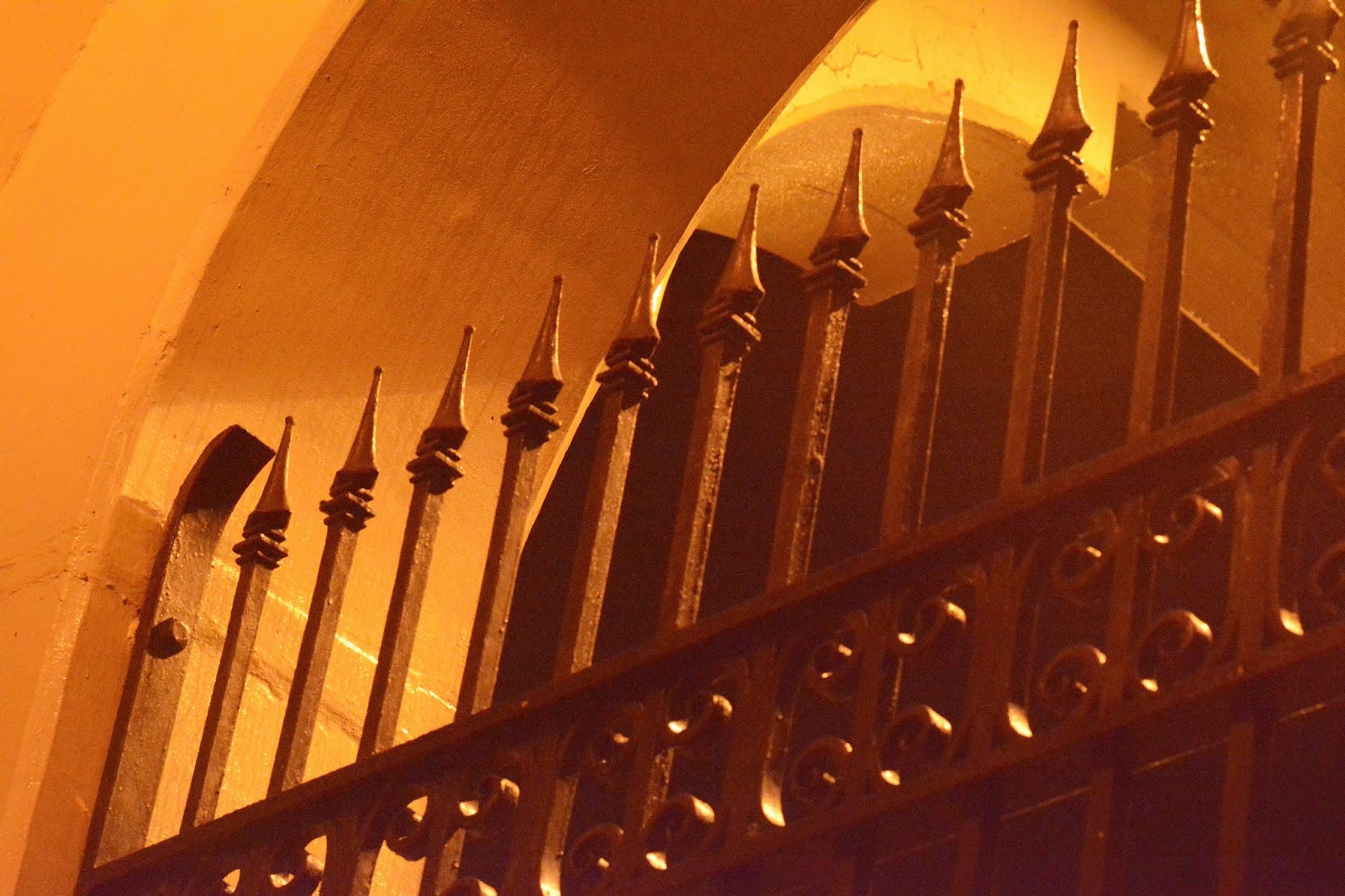 Bill considered an escape route, but changed his mind at about this point.  He was still smiling as we rode home a little later, so I think we're good :) On a slightly more serious note, I saw quite a few spots along the fence that were crumbling and falling away (some in this photo), though there has been lots of work happening on the bridge for months.  Surely, they should/could have repaired those spots?? 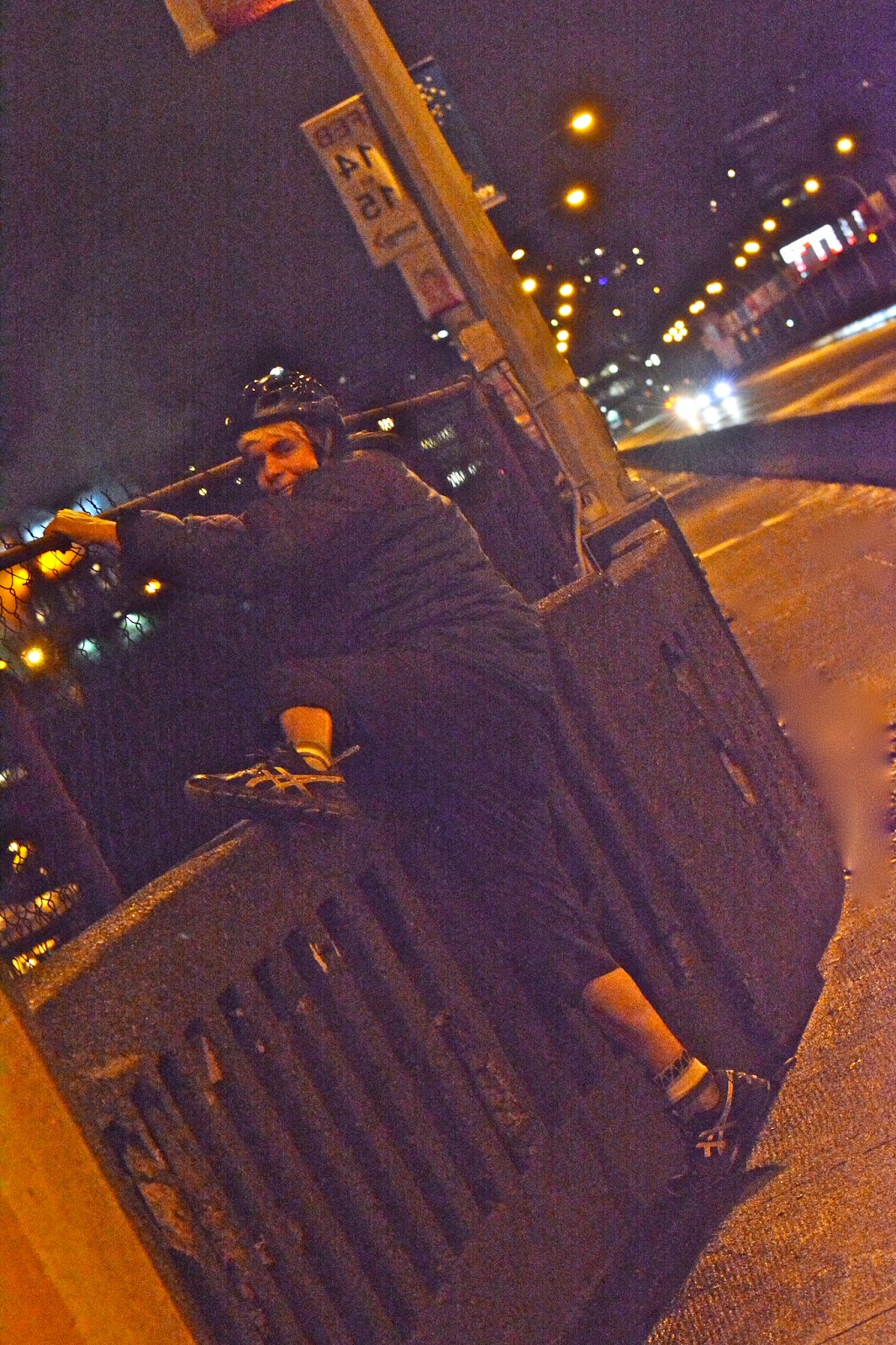 "Captain George Vancouver and Sir Harry Burrard-Neale in ship prows jut from the bridge’s superstructure (a V under Vancouver’s bust, a B under Burrard’s)."  (Quote taken from link given at the beginning of the post.)  Captain Vancouver is below. 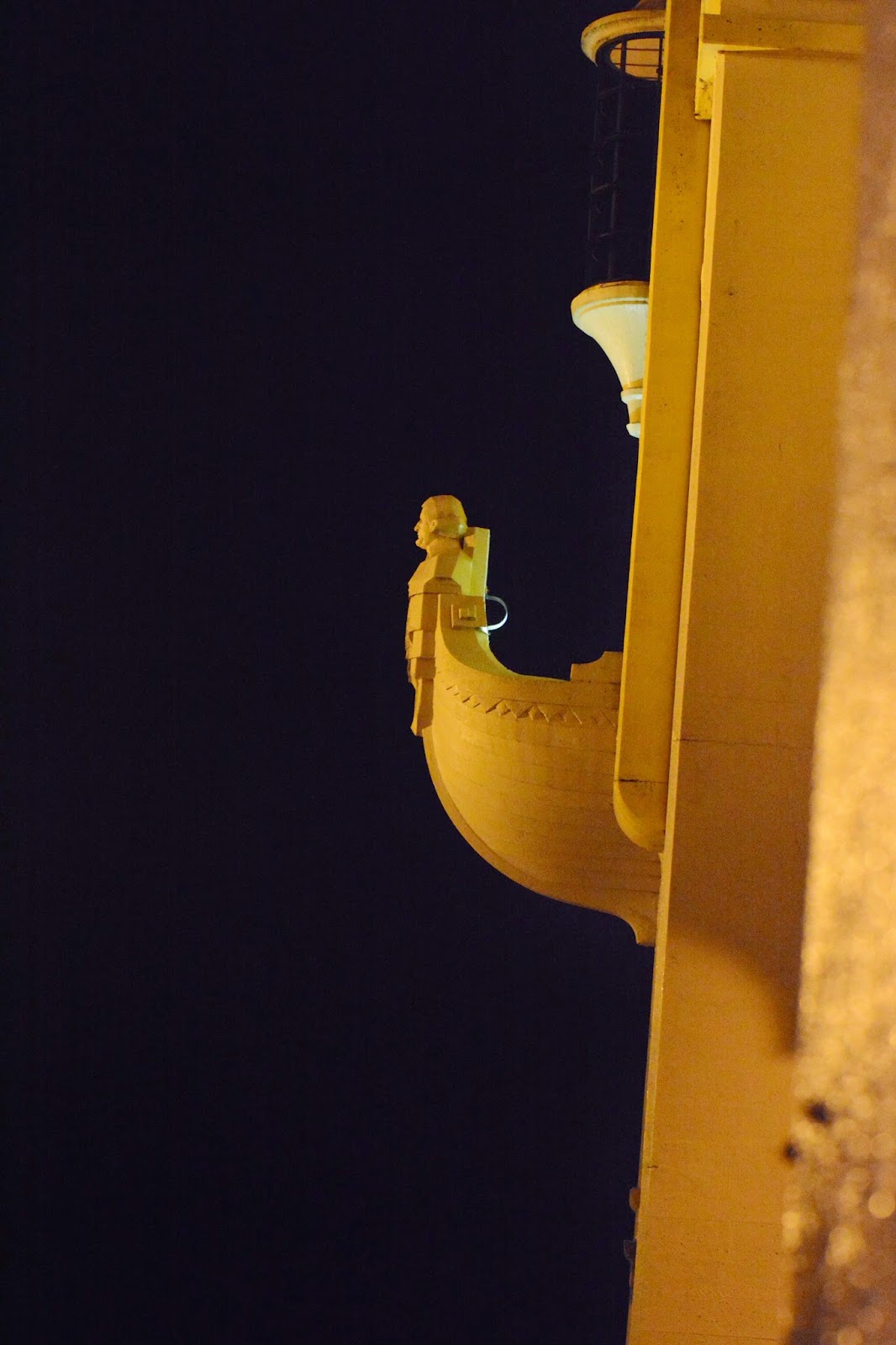 I can never look at this central truss without wondering what it would be like inside.  I've posted about that feeling and about the bridge quite a lot, so apologies to regular readers. 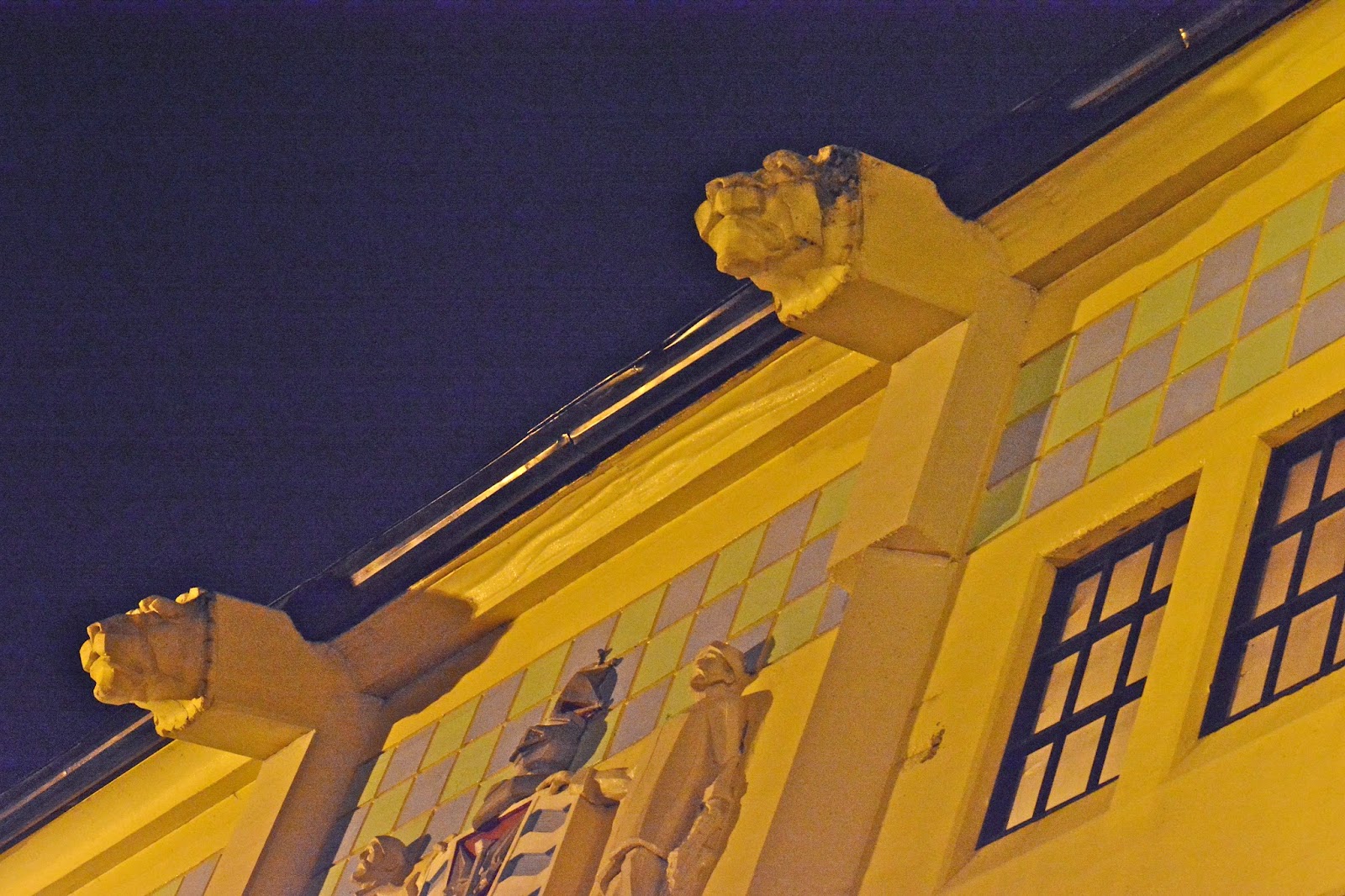 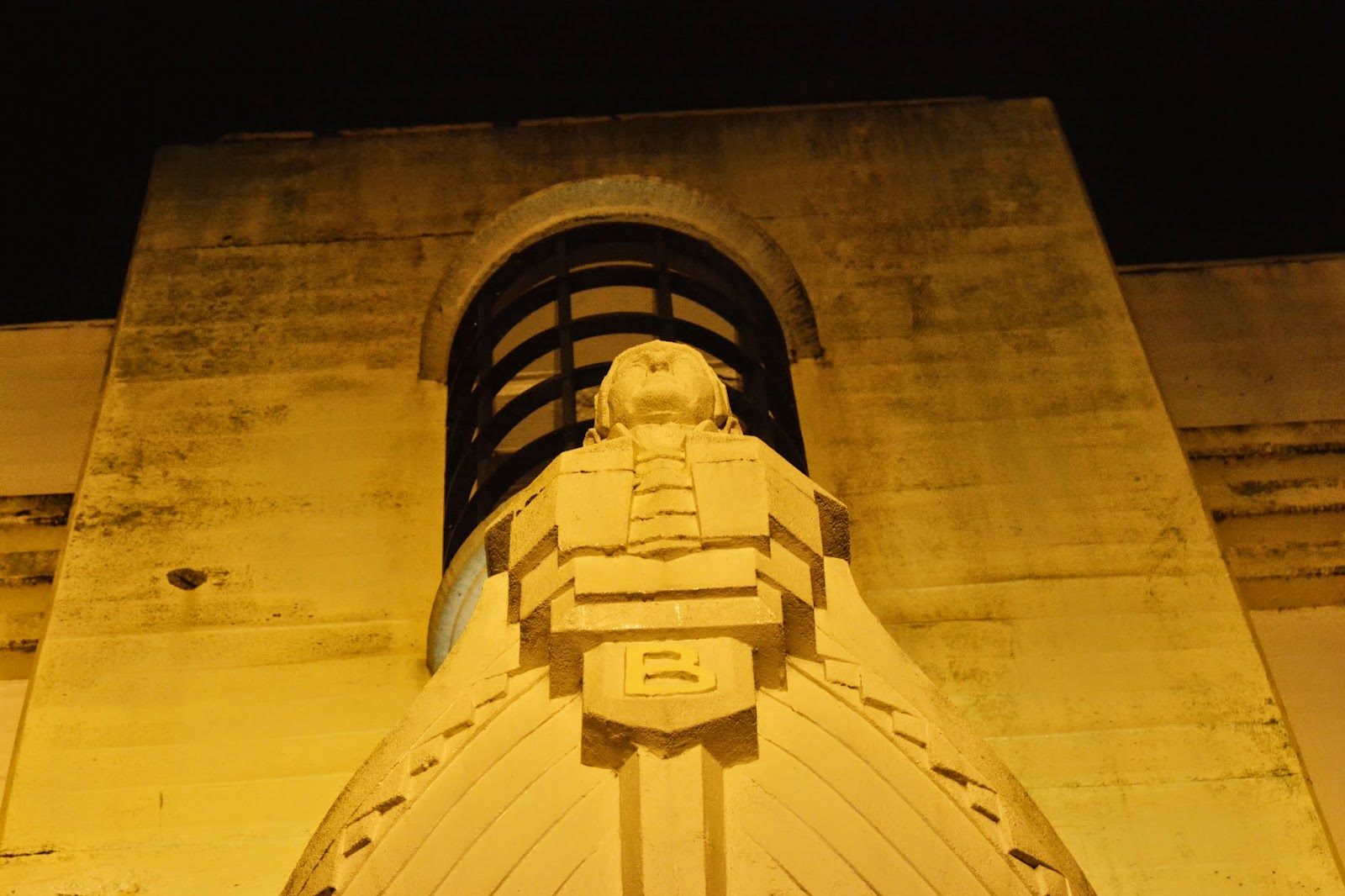 I also saved a few fence-photos from Tuesday's outing around Coal Harbour. 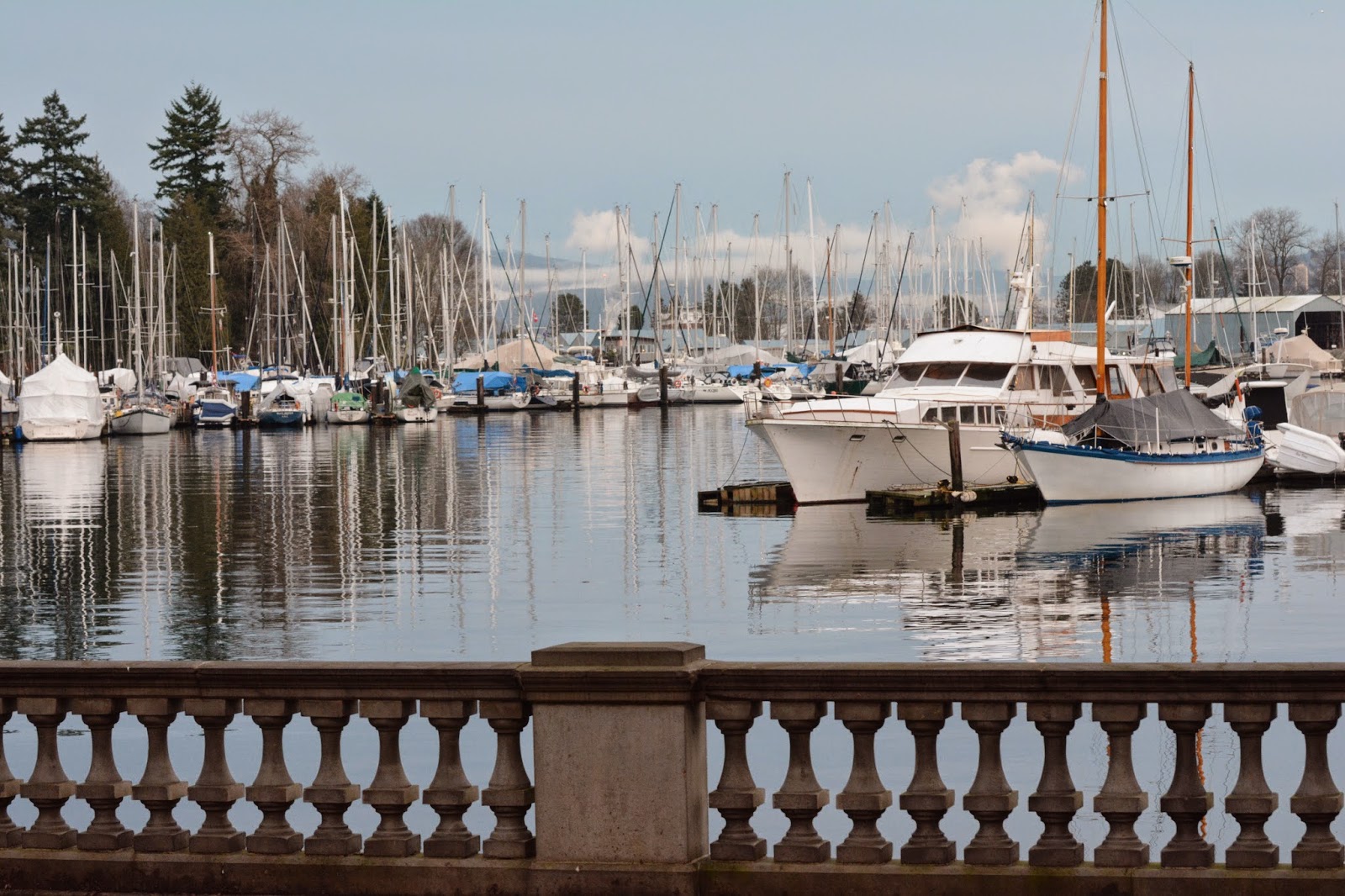 Sorry, TexWis.  You will be almost as familiar with this fence as I am, but I still marvel at it and at the view behind it. 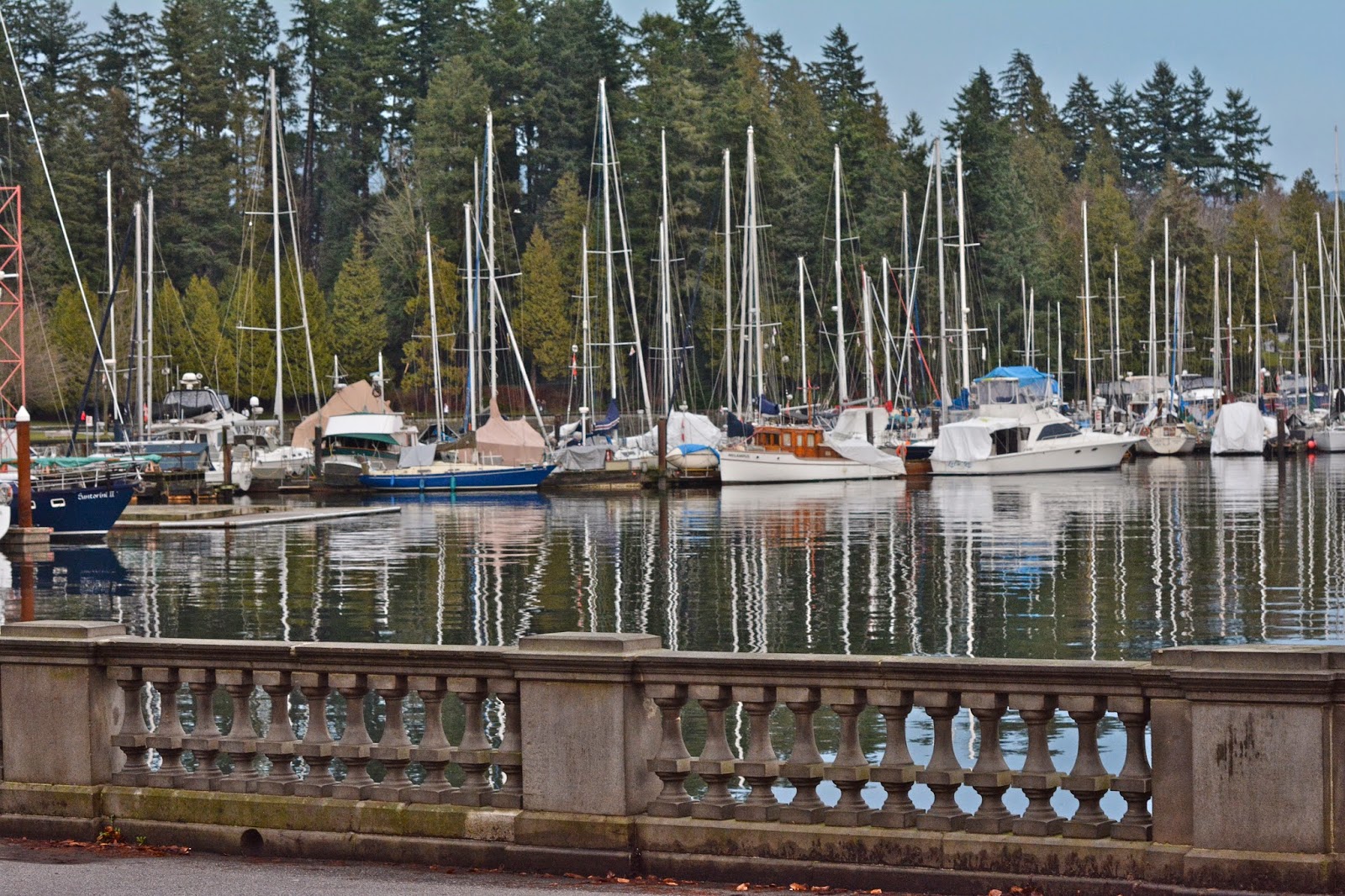 That concludes my fence shots, so some of you may want to move on to Theresa's meme at this point.  It's a great one.  You will come to see fences, I think, in a brand new way.  The rest of the photos in today's post came from a little stop-over at Kaarigar Handicrafts as we walked to Harrison Galleries.  My sister had expressed an interest in these elephants.  I think they appear to be metal in the photo, but actually, they are hand-painted papier maché creations.  Very sturdy to the feel and in my opinion, absolutely beautiful to the eye, as is everything in Alnasir's shop. 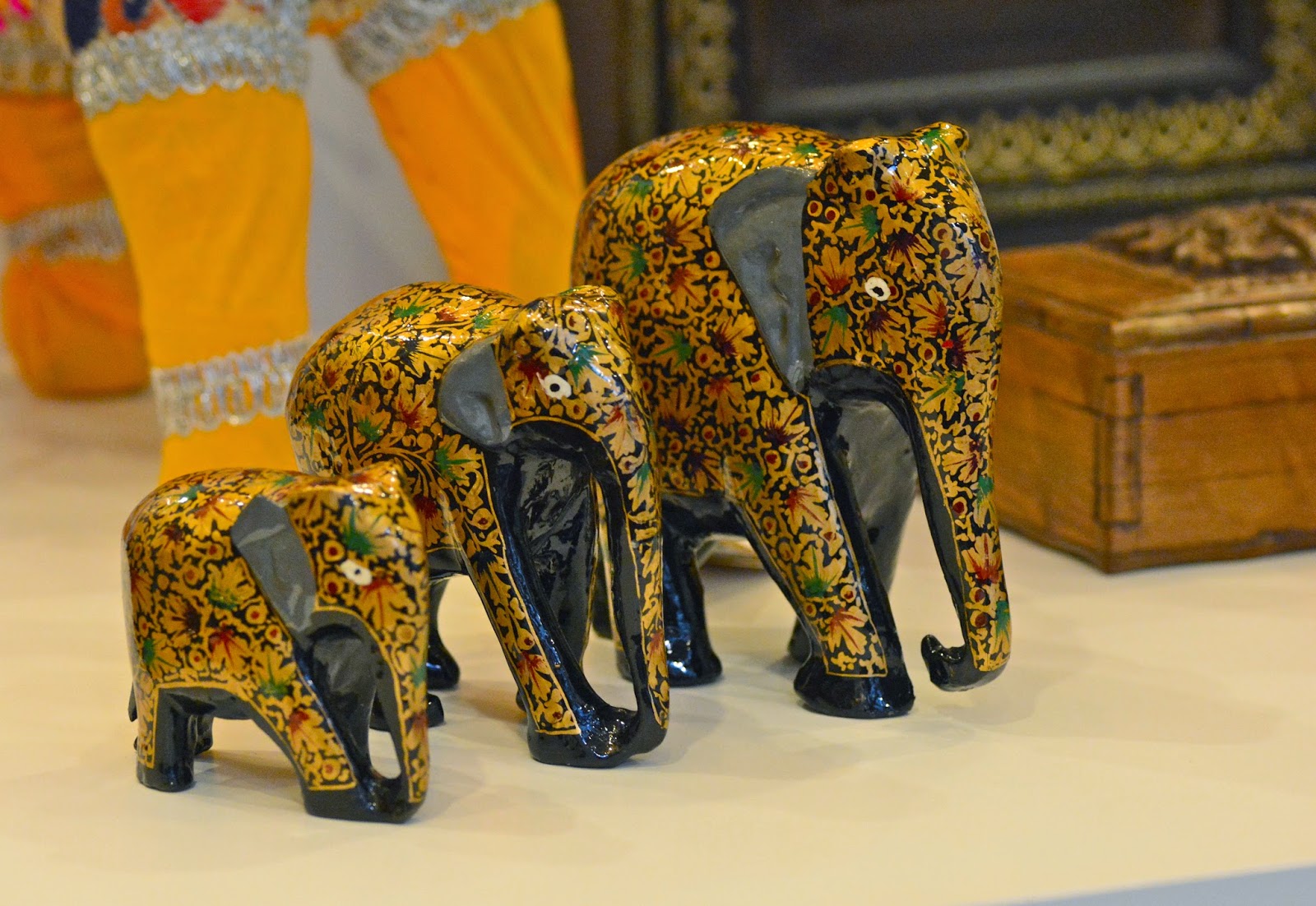 He is headed back to India soon on another buying trip, and told us he will soon have many more items in the store, so expect more photographs.  To be honest, I find it difficult to walk.. 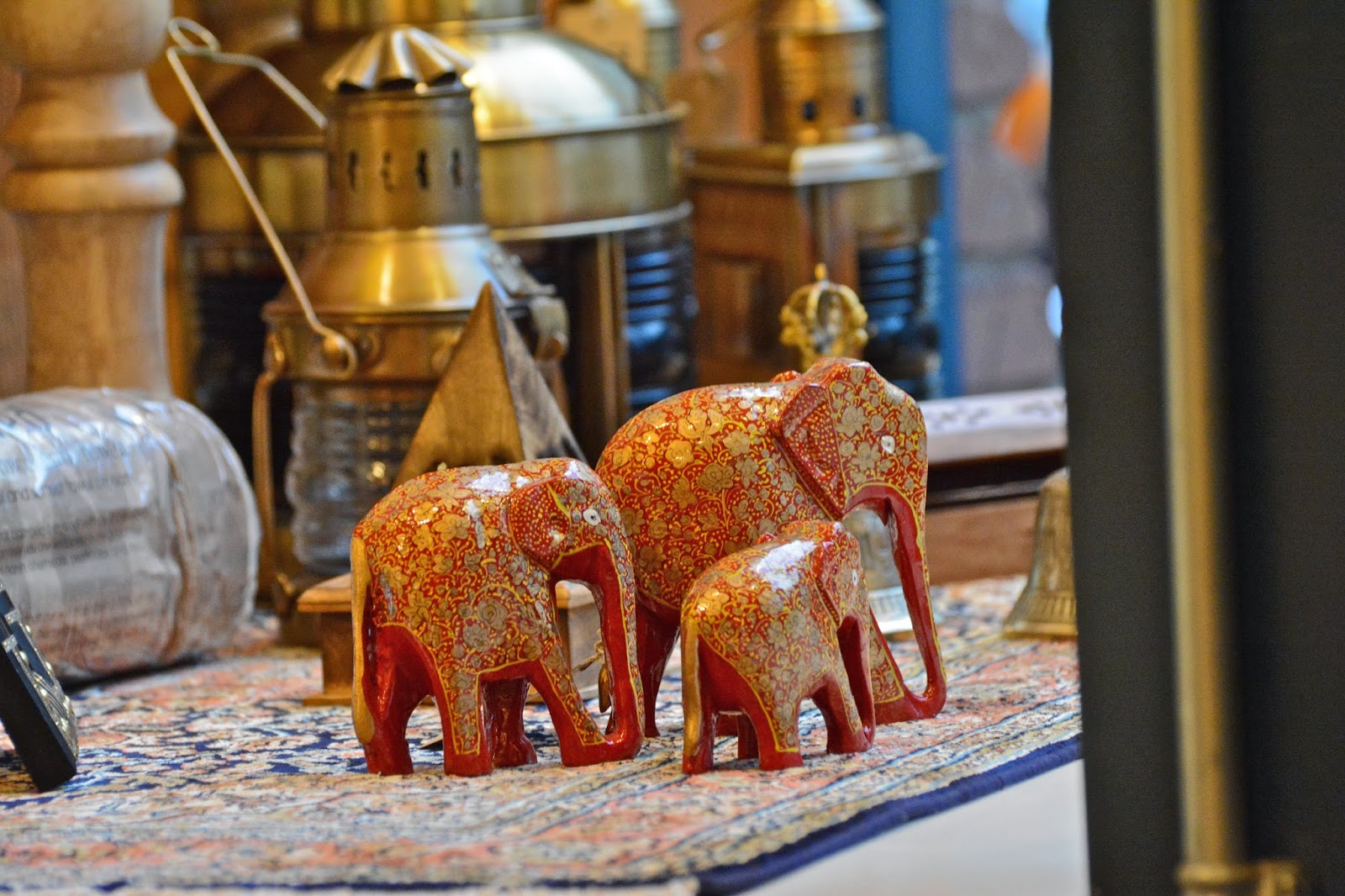 by these days without stopping in.  Alnasir told us the elephants must always face a door or window.  I always get the feeling he is attached to every single item and that would make sense since he and his family have selected each one with such care. 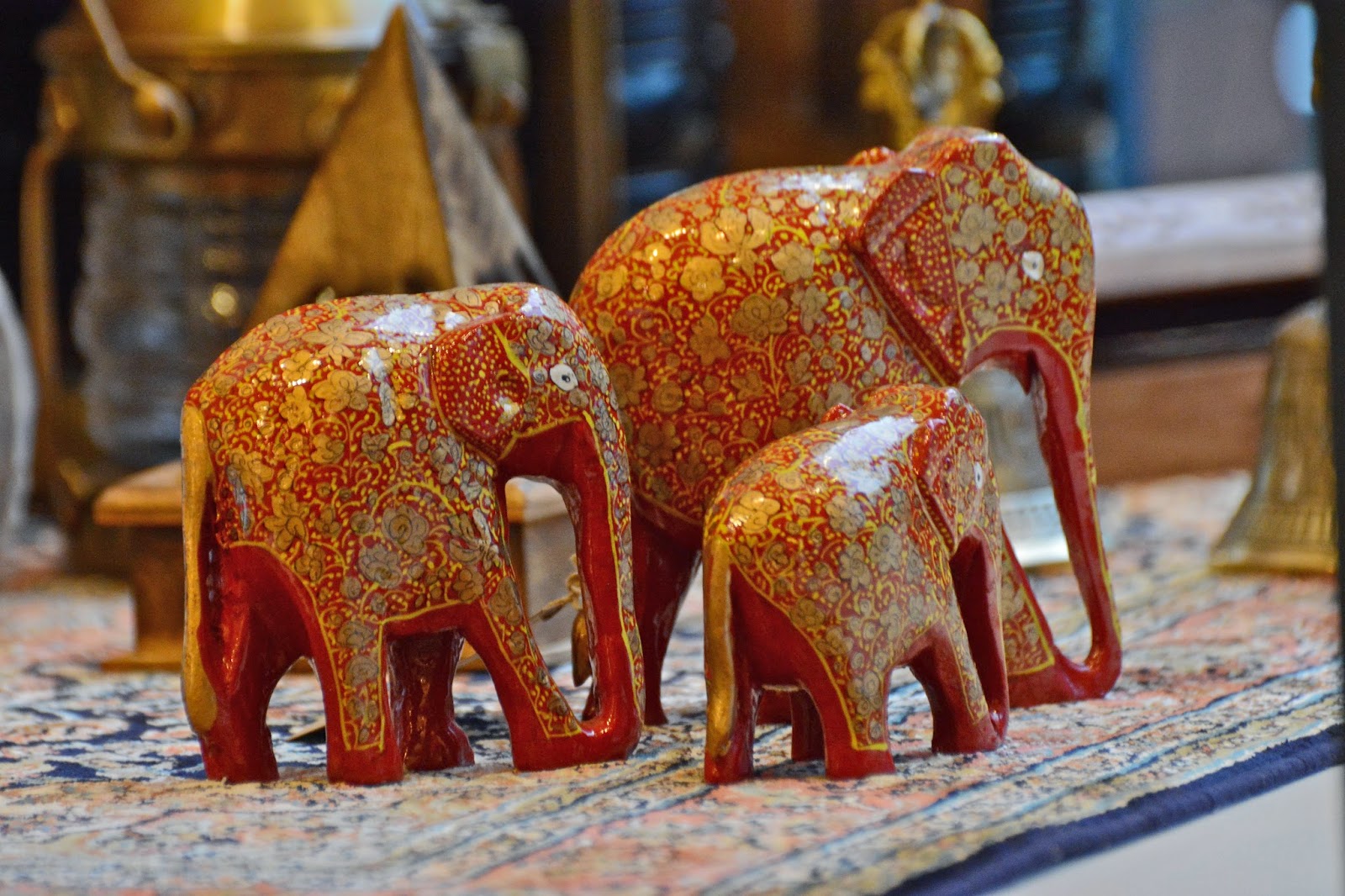 I tried to zoom in on some of the colours in those elephants, so my sister can.. 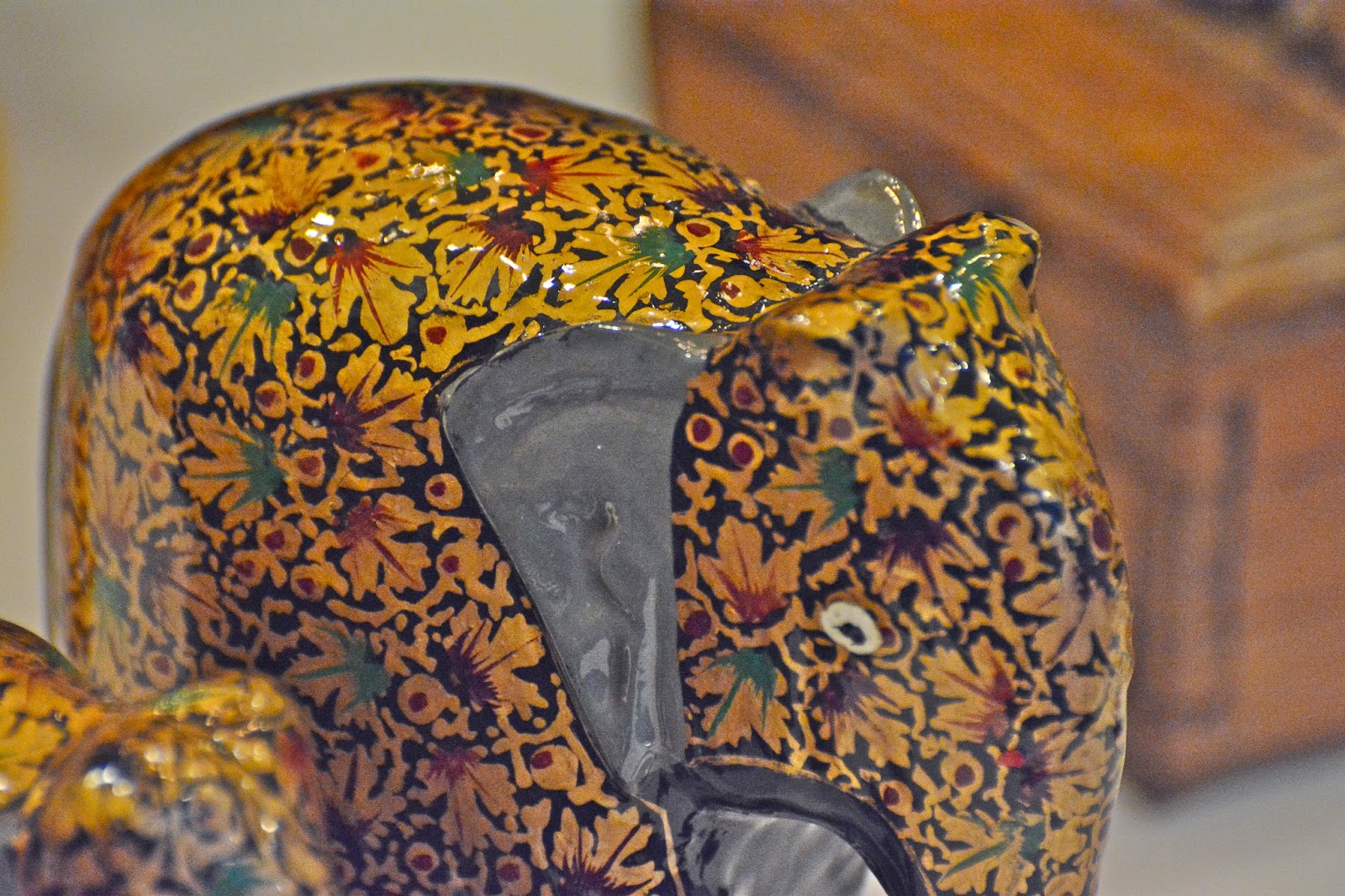 have a better idea of which set would be happier in her home :) 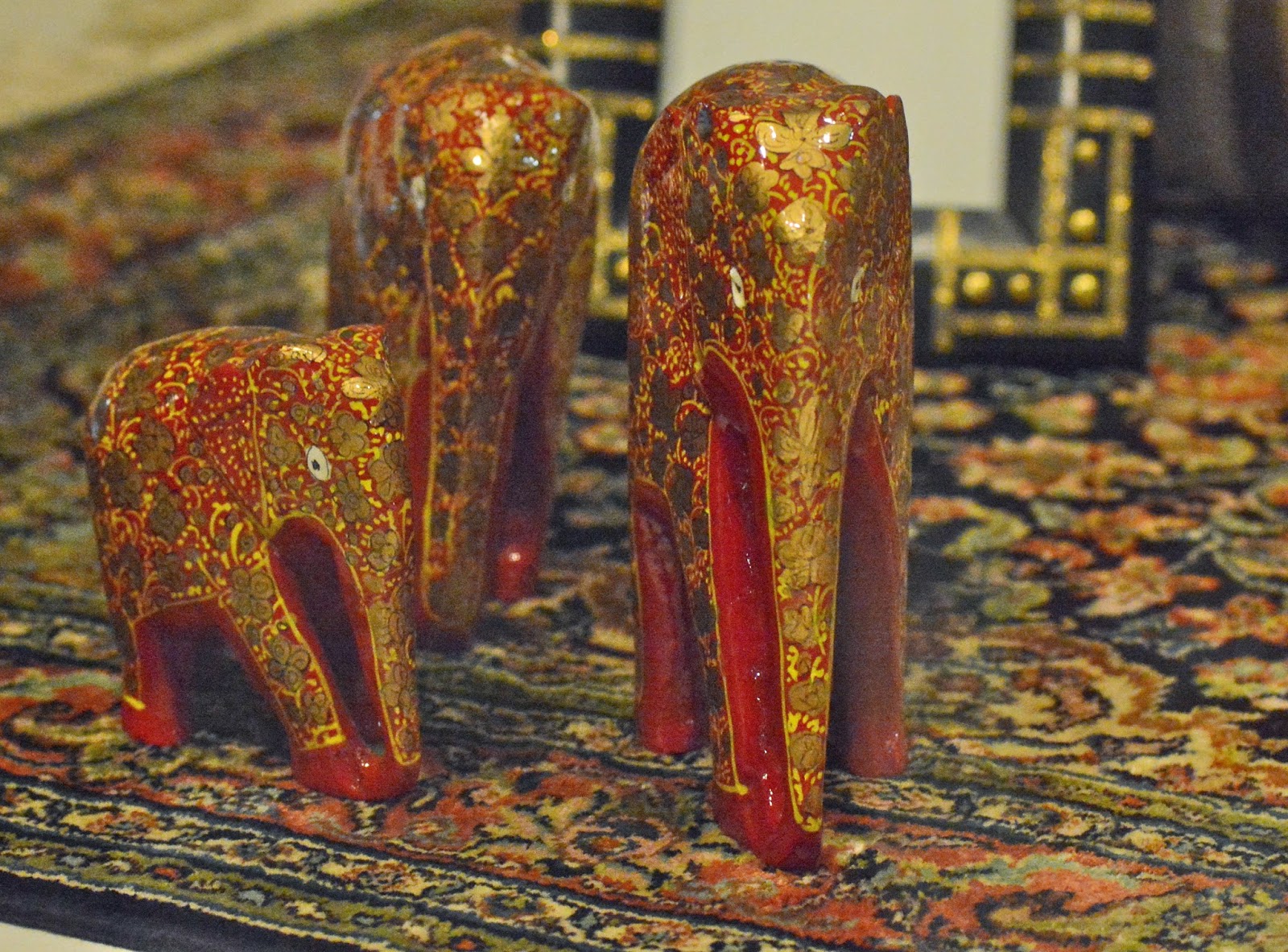 This is a quote from the Kaarigar web site: "In both Hindi and Urdu, Kaarigar is the word for ‘artisan’. We've named our business after these skilled craftspeople because we represent them. By offering their handmade works, we hope to preserve these art forms while bringing a small piece of South Asian culture to the community in which we are located."  As I was wandering about the shop, Alnasir said, "Come.  I have to show you something.  He went to the back store room and emerged a moment later with this woven bench.  He was so excited about the colourful weaving, and no wonder! 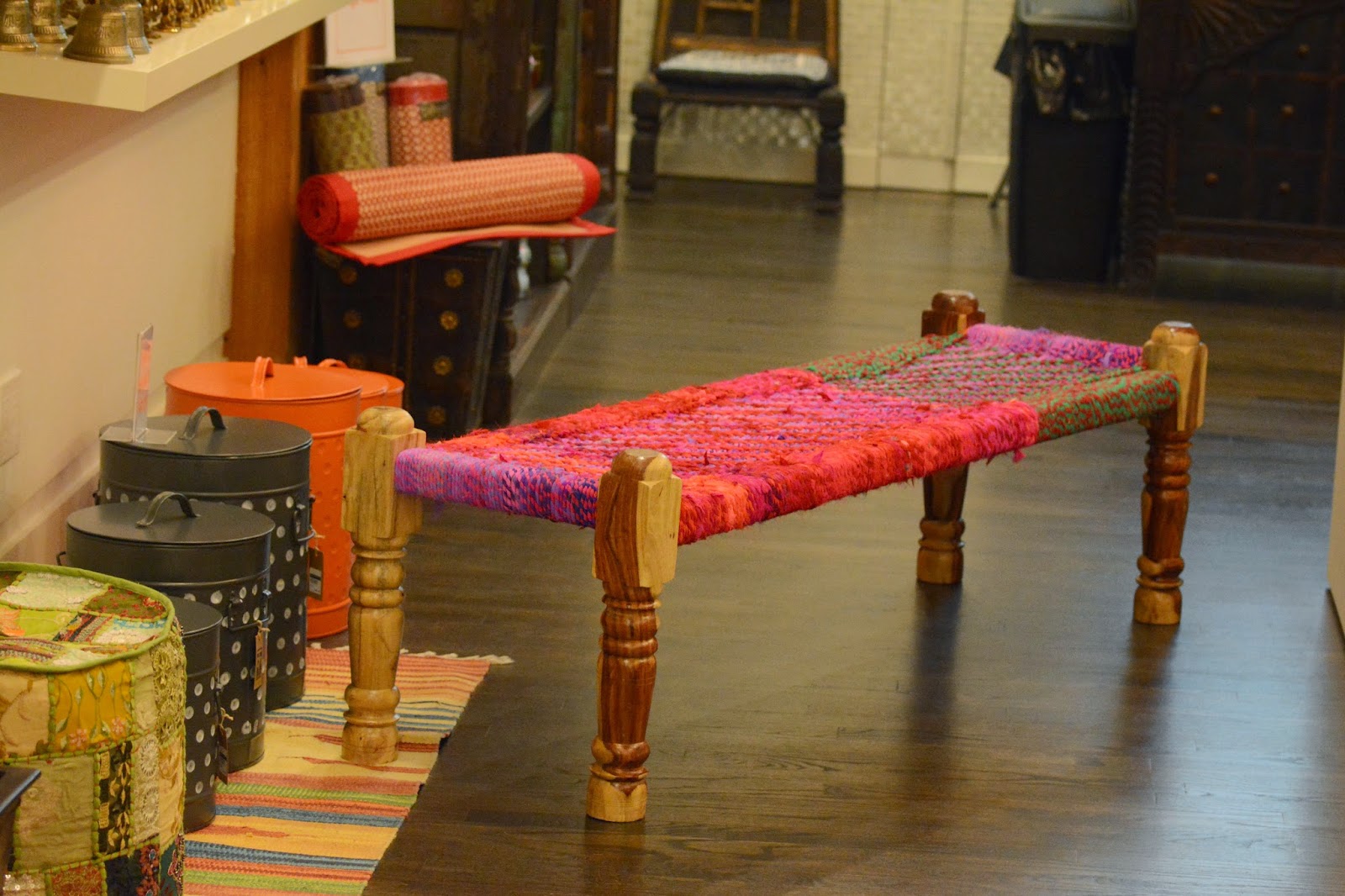 He told me the name of it in his language (that I've forgotten so hope he may jog my memory when he gets a chance) means "four legs" and added that the legs are made of rosewood. 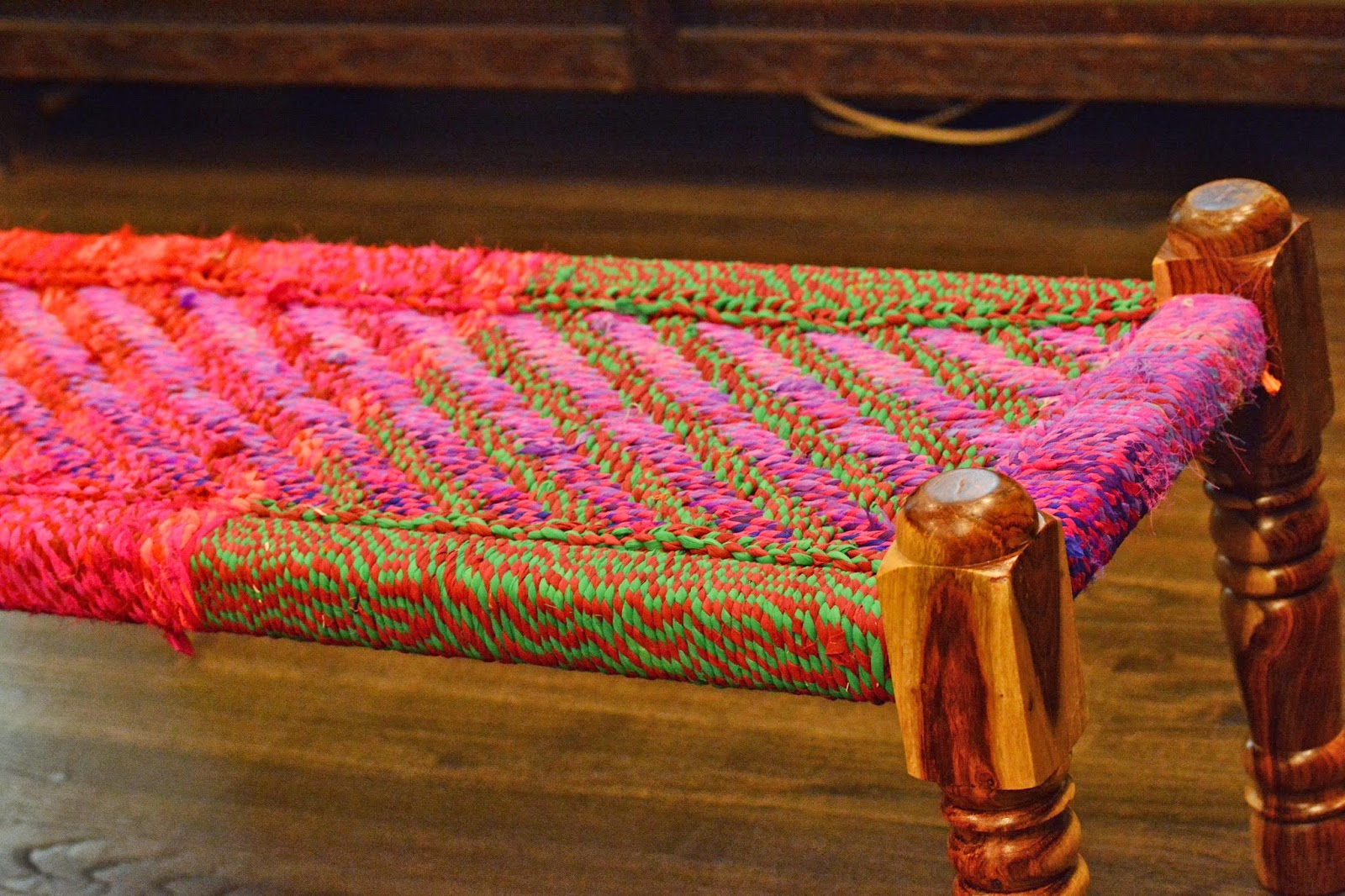 I noticed that the patterns in each leg were unique and loved learning that Alnasir slept when in India on a bed made in a similar way. Bill and I sat on one and were impressed with the sturdiness and also with the comfort. 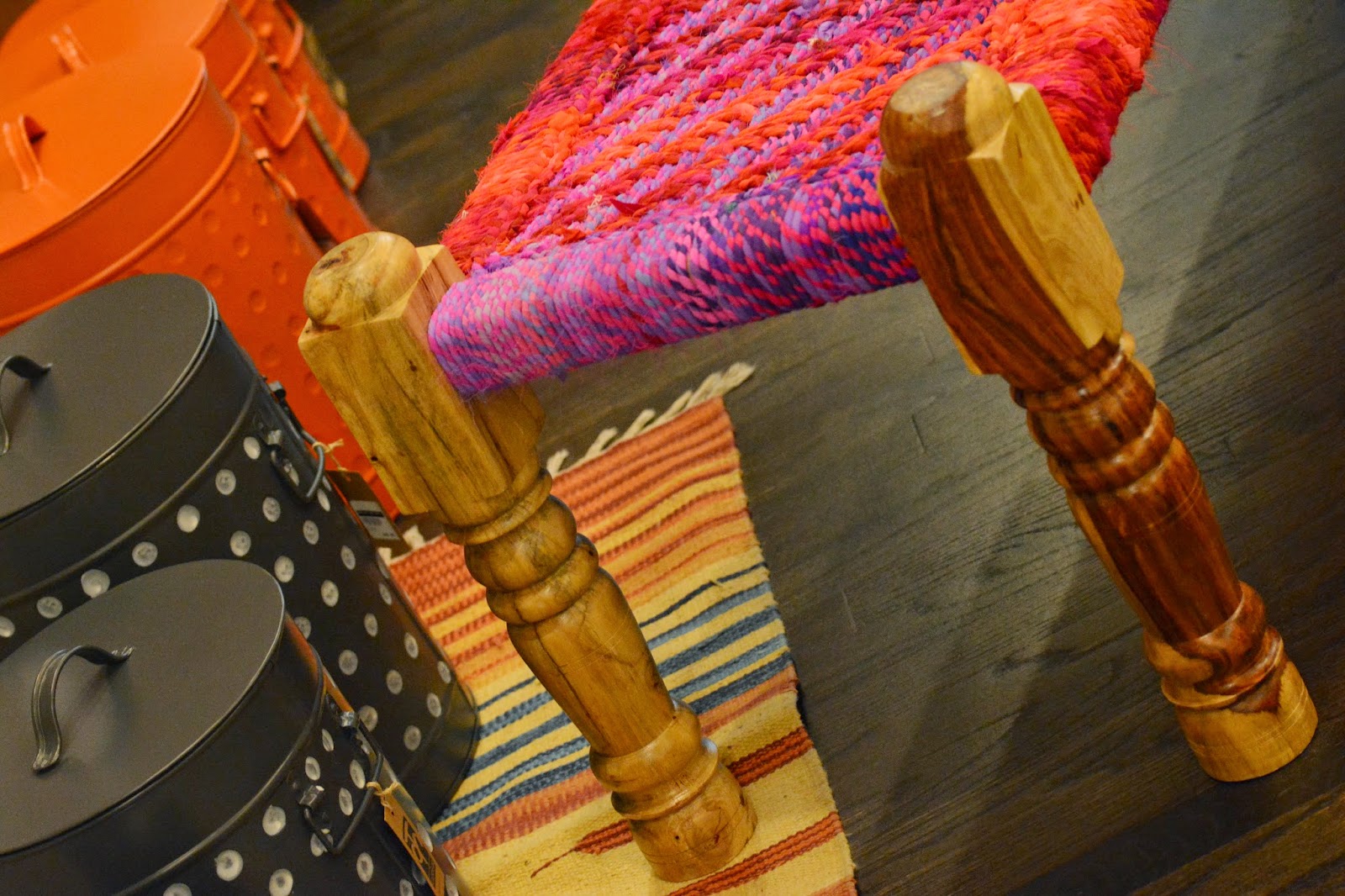 Again, I zoomed in, wanting to really appreciate.. 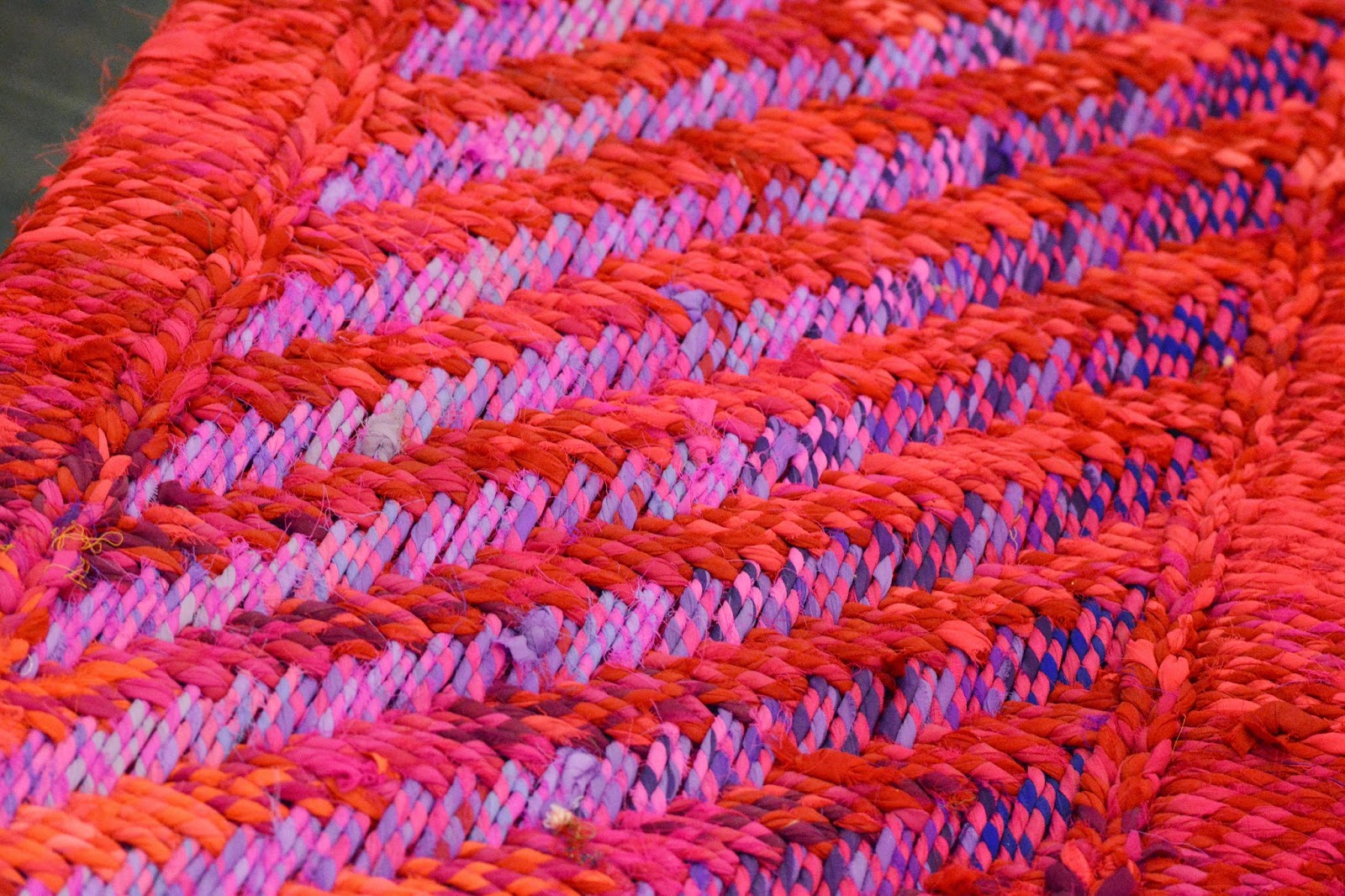 the marvellous colours and workmanship. 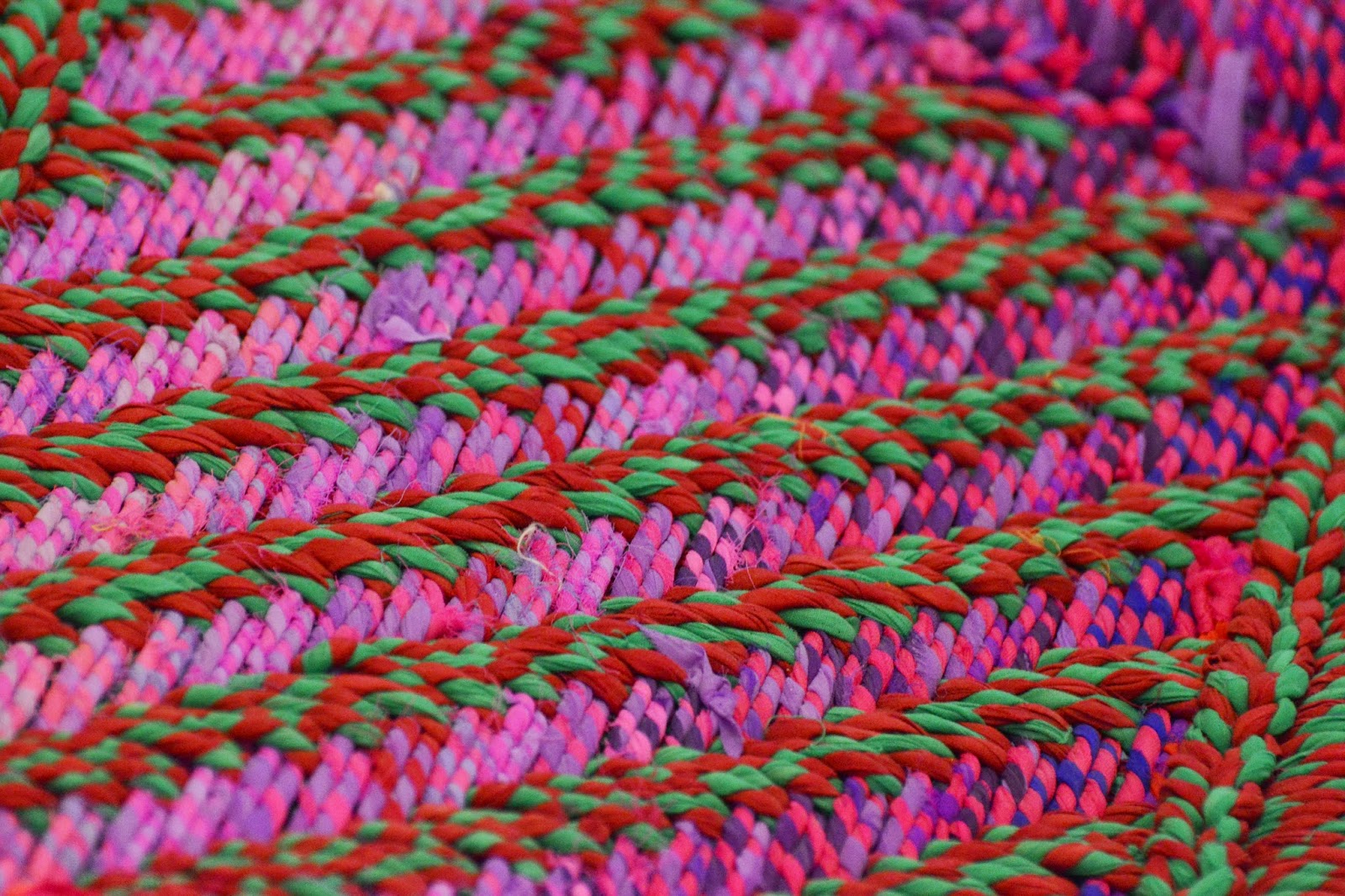 I took a few more shots.. 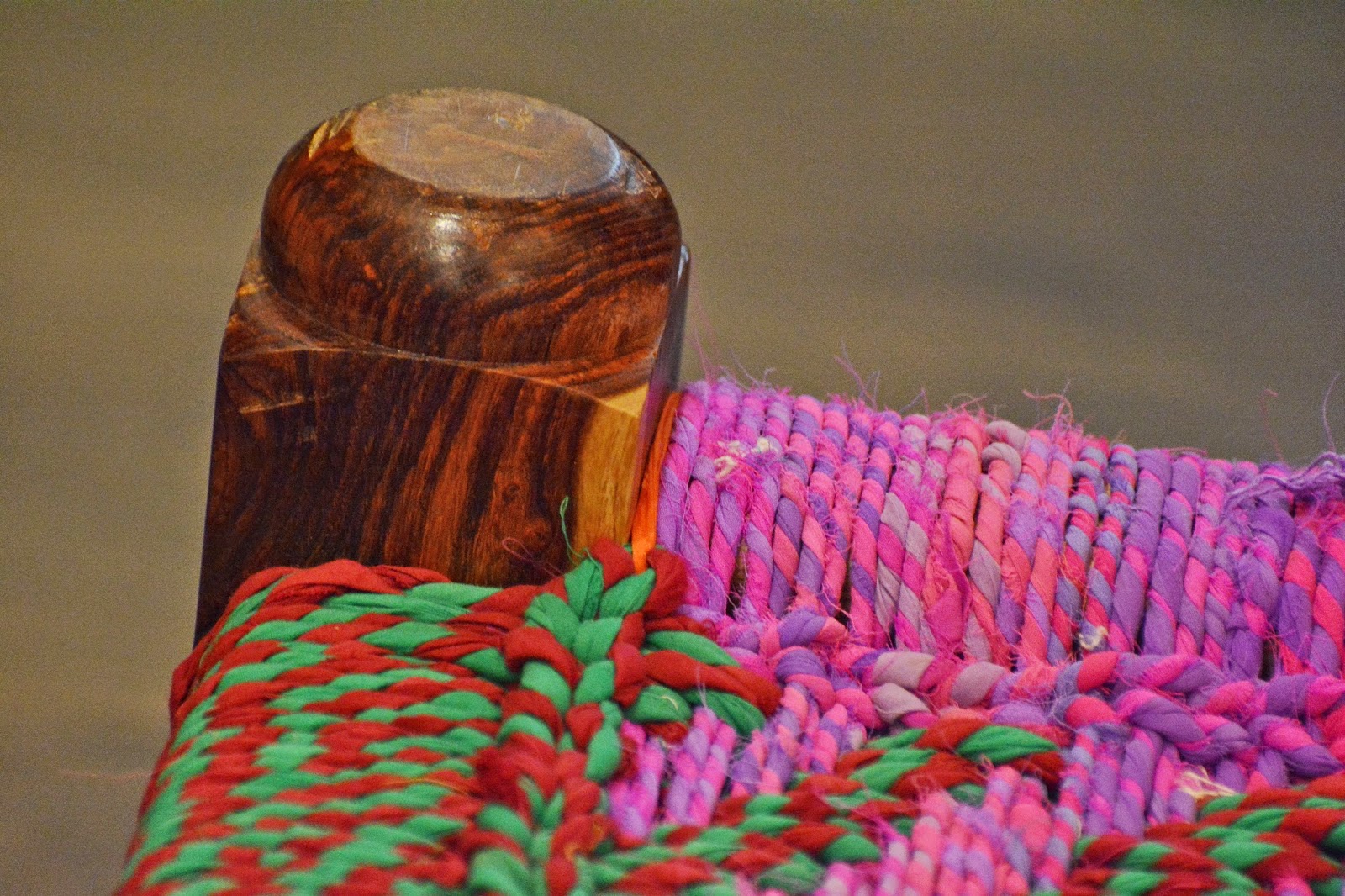 of some of the details.. 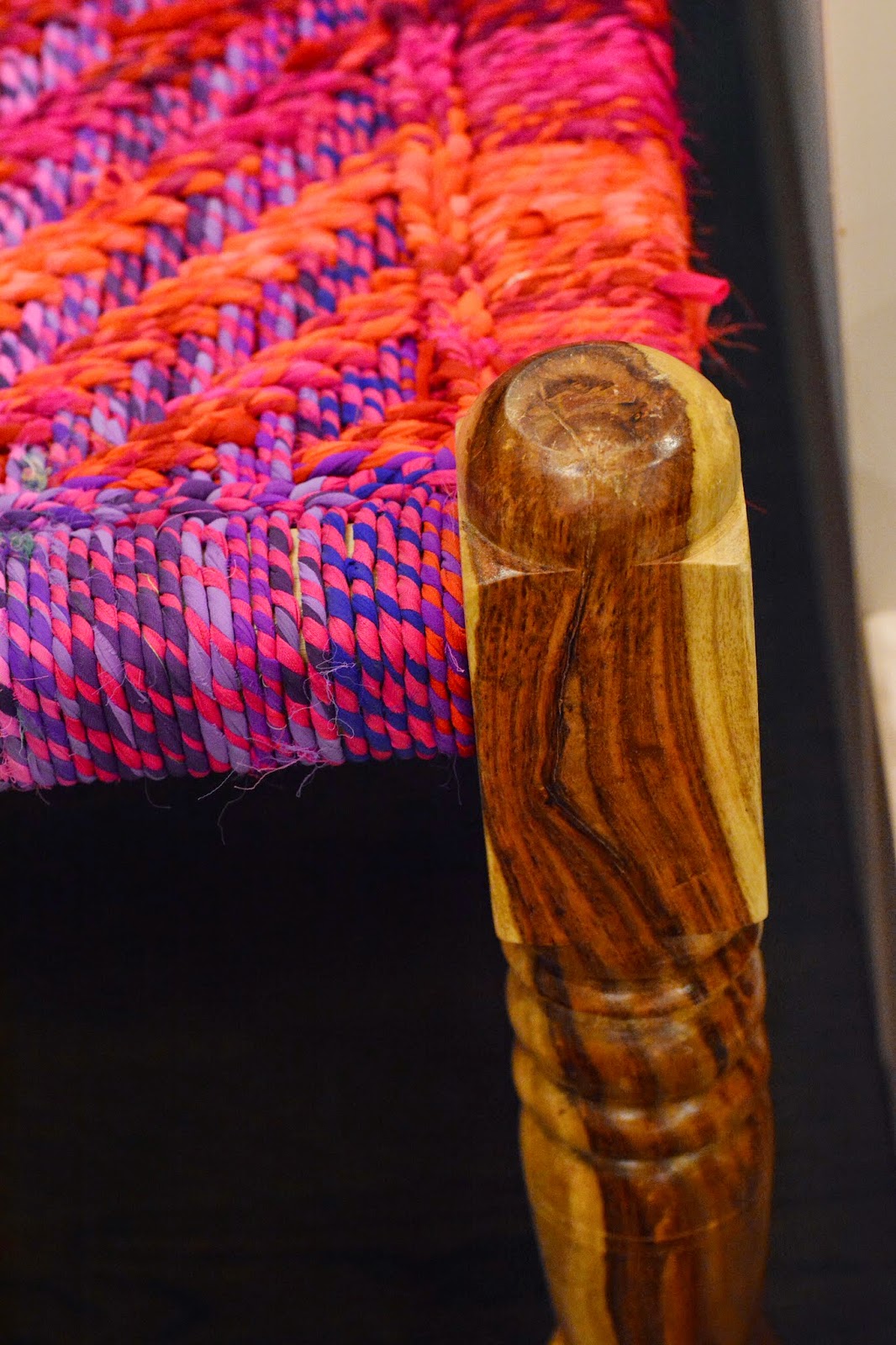 before moving on to a couple of other items.. 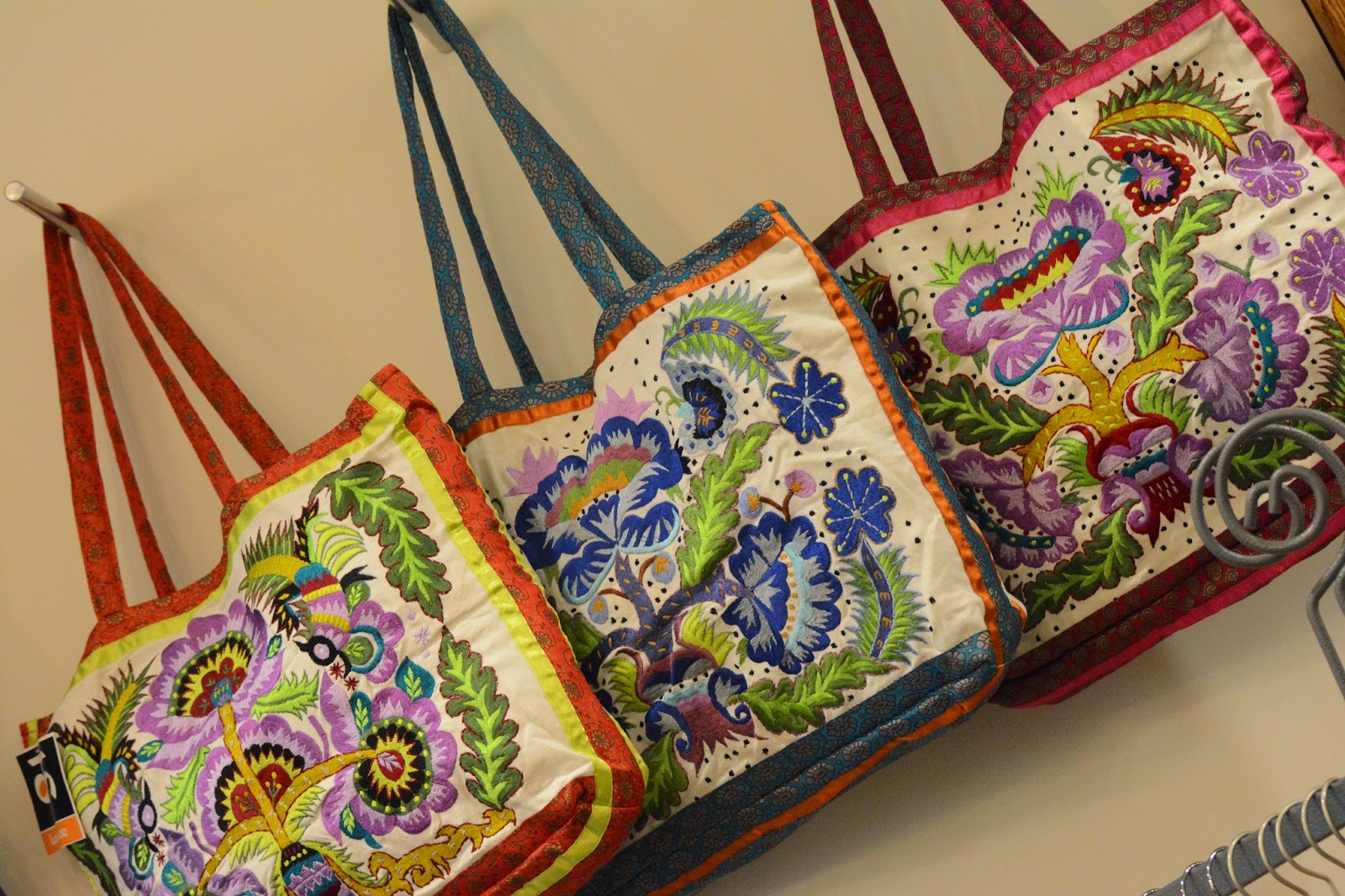 that caught my eye. 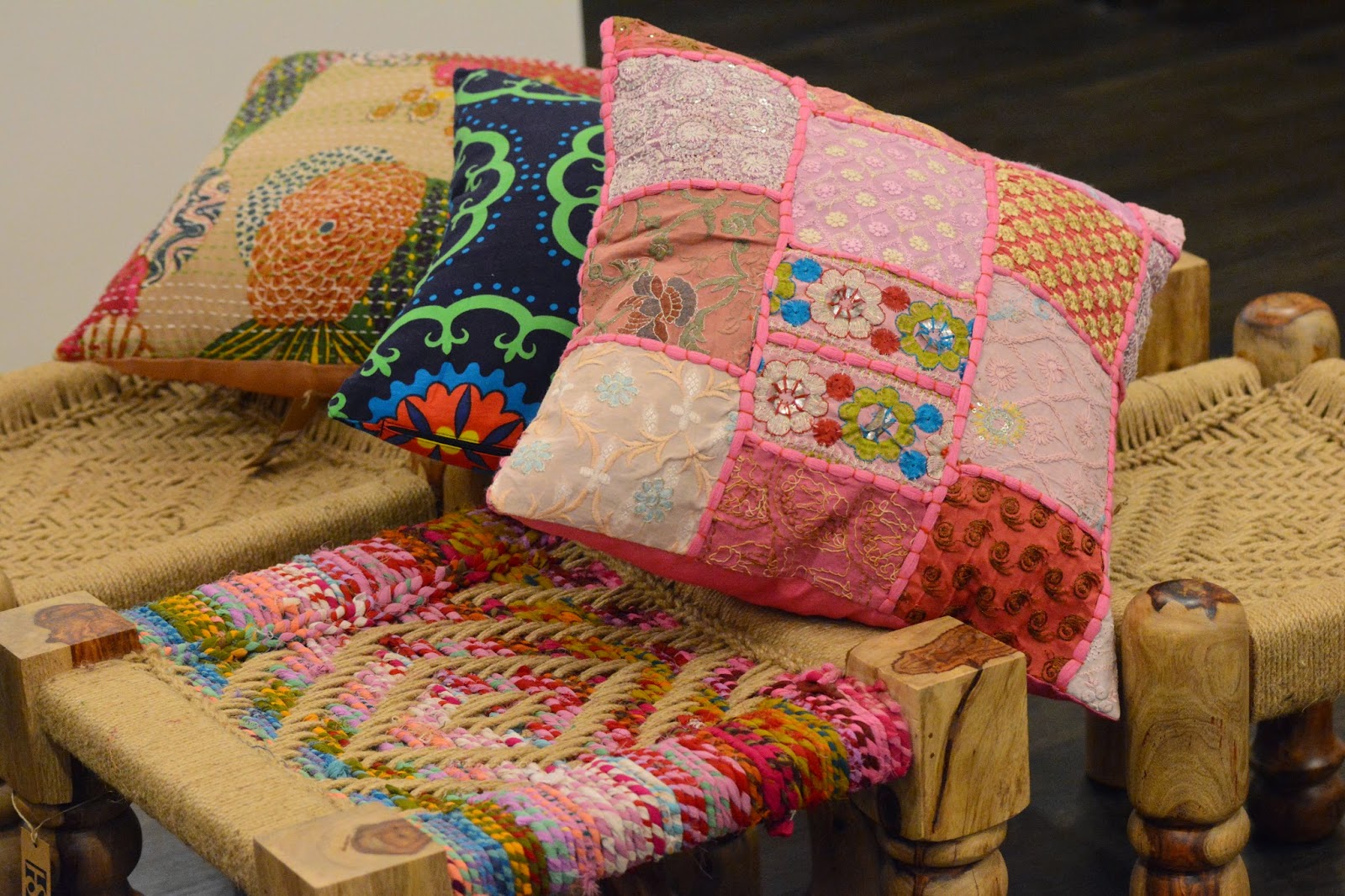 We finally did make it to Harrison Galleries and the topic of beautiful wood was still on my mind as we sat at a particularly lovely table.  I didn't photograph it but as we sat, I took this photo of a tiny part of a chair near us. 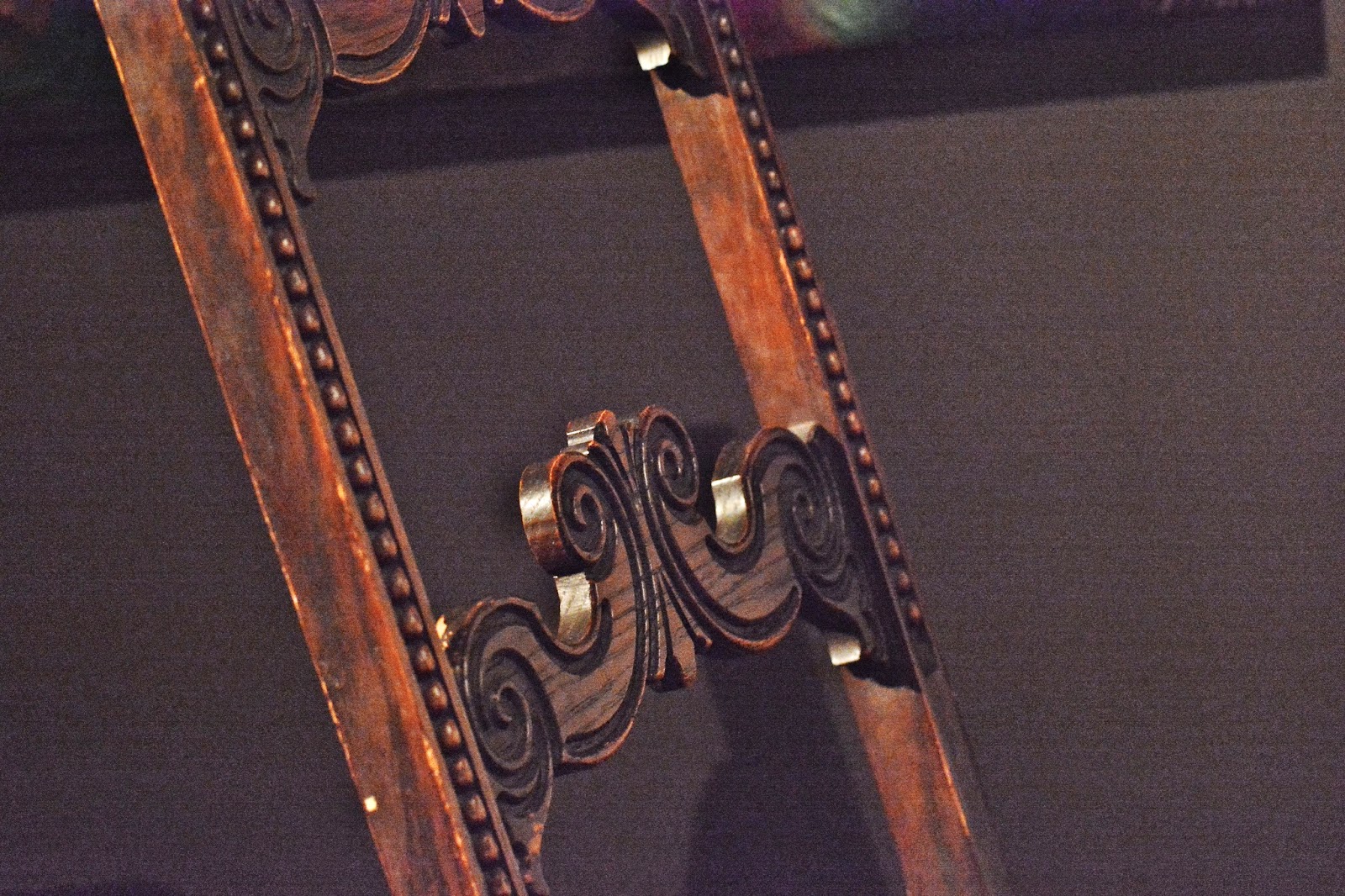 as well as one of this lovely desk. 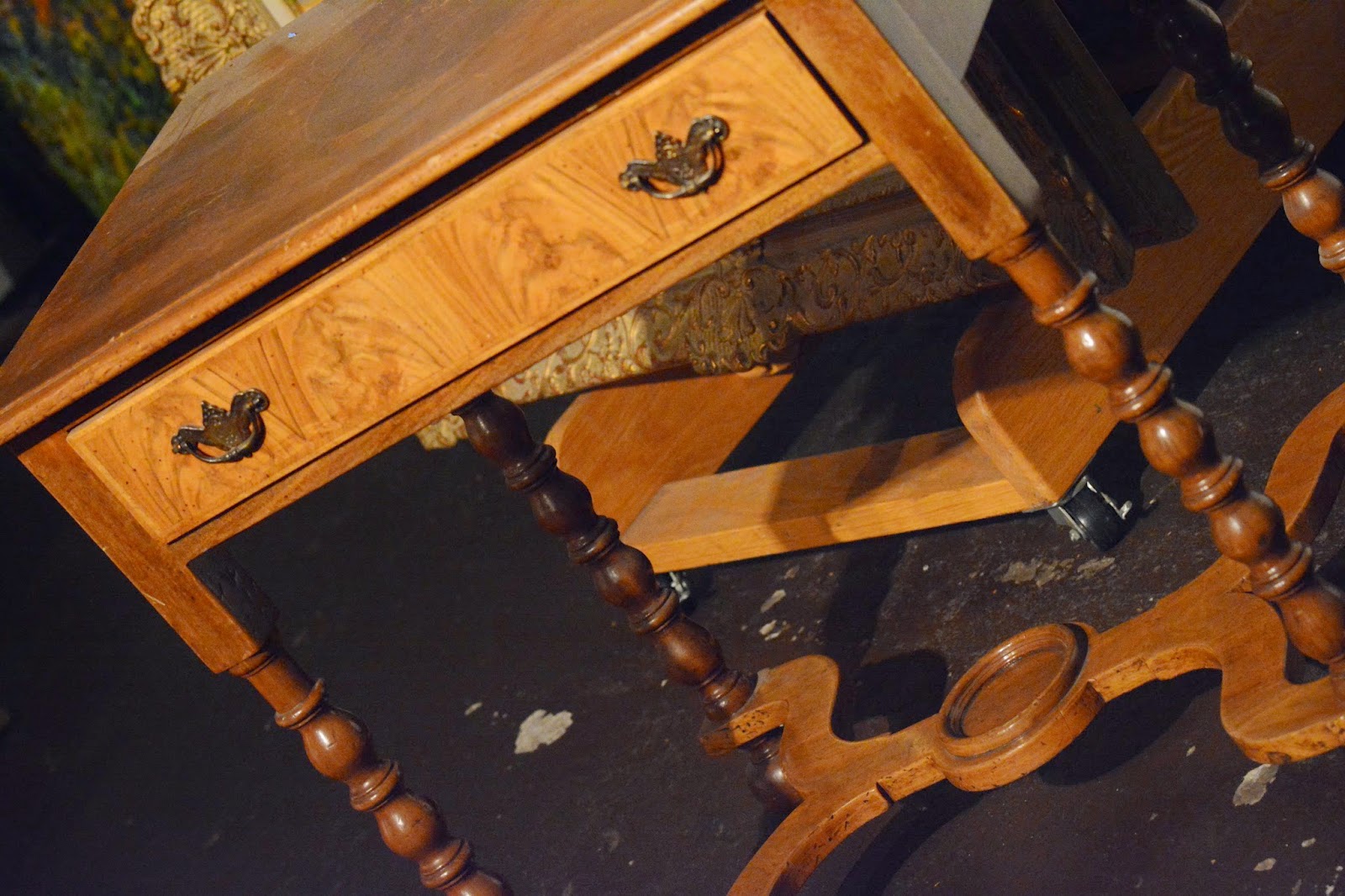 Actually, with absolutely no water in our building yesterday morning (and no warning that that would happen, though not the fault of our managers), we had visited Harrison Galleries twice yesterday.  It is a very rare occurrence to be completely without water but it sure does give one a more realistic appreciation for the gifts we take for granted.  And that leads me to another thought.  The horrific shooting that happened in Paris yesterday is very much on my mind, as I'm sure it is on many of yours.  I've been thinking about the right to freedom of speech a lot and while I in NO way condone the despicable acts yesterday, and continue to feel sickened by the coldhearted ruthlessness of the killers, I can't help but think that most of us temper our speech every day, not only with strangers, but even to a certain extent, with those we love.  The more we get to know some one, the more we can dare to joke about sensitive issues, but what about the people we don't really know or understand very well yet?  It's a very fine line between feeling free to express our thoughts and overstepping the boundaries of human kindness, but I think it should be possible to create sharp and wonderful humour that also contains the quality of gentleness.  A  sensitive topic, but I would love to know your thoughts.

I've strayed, but will close with a photo of my beautiful Bill at Harrison's, 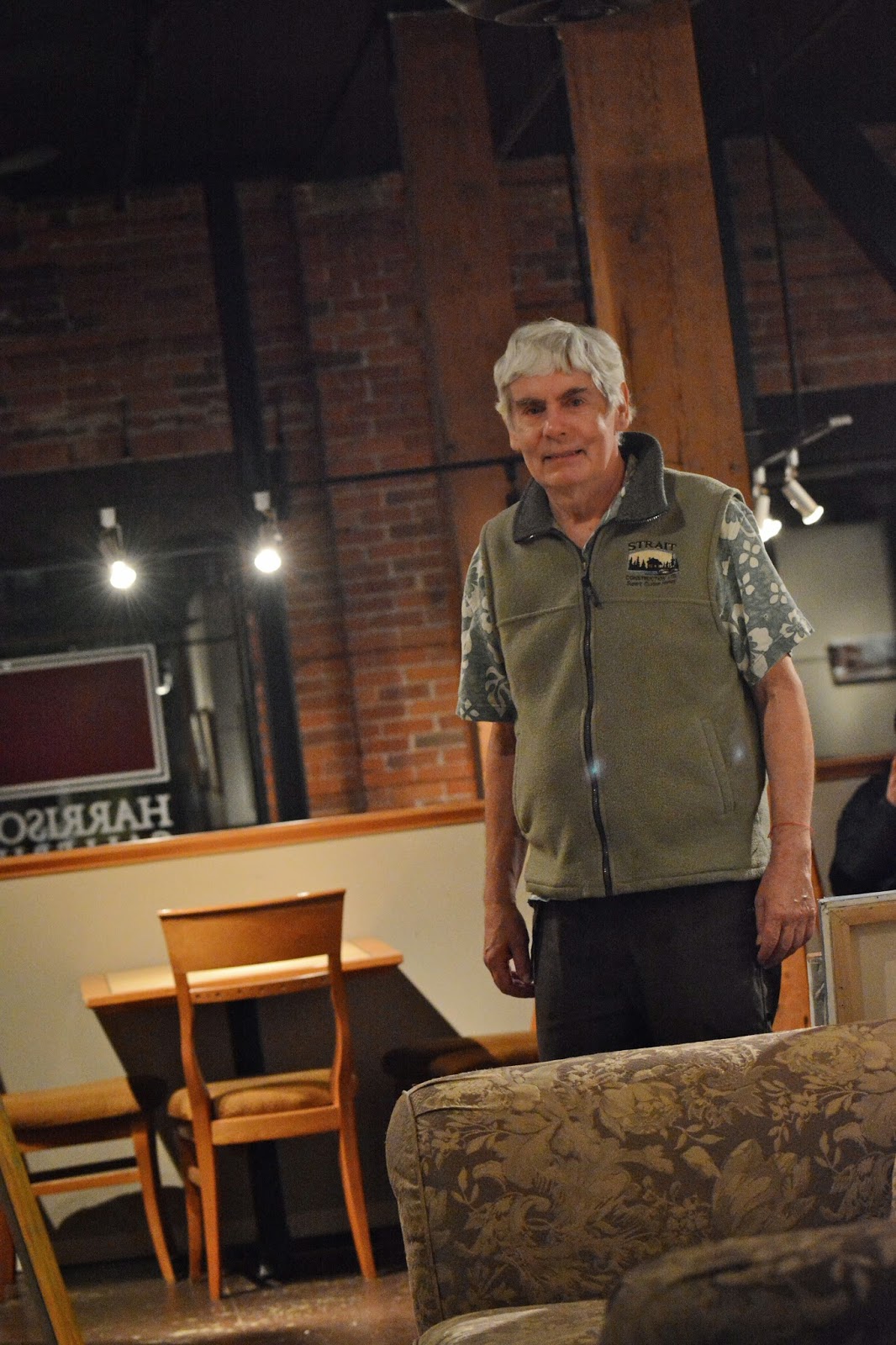 and one of a rather demanding-looking Black Jack to close today's post.  Wishing you a day full of love and laughter.  Many thanks for stopping by. 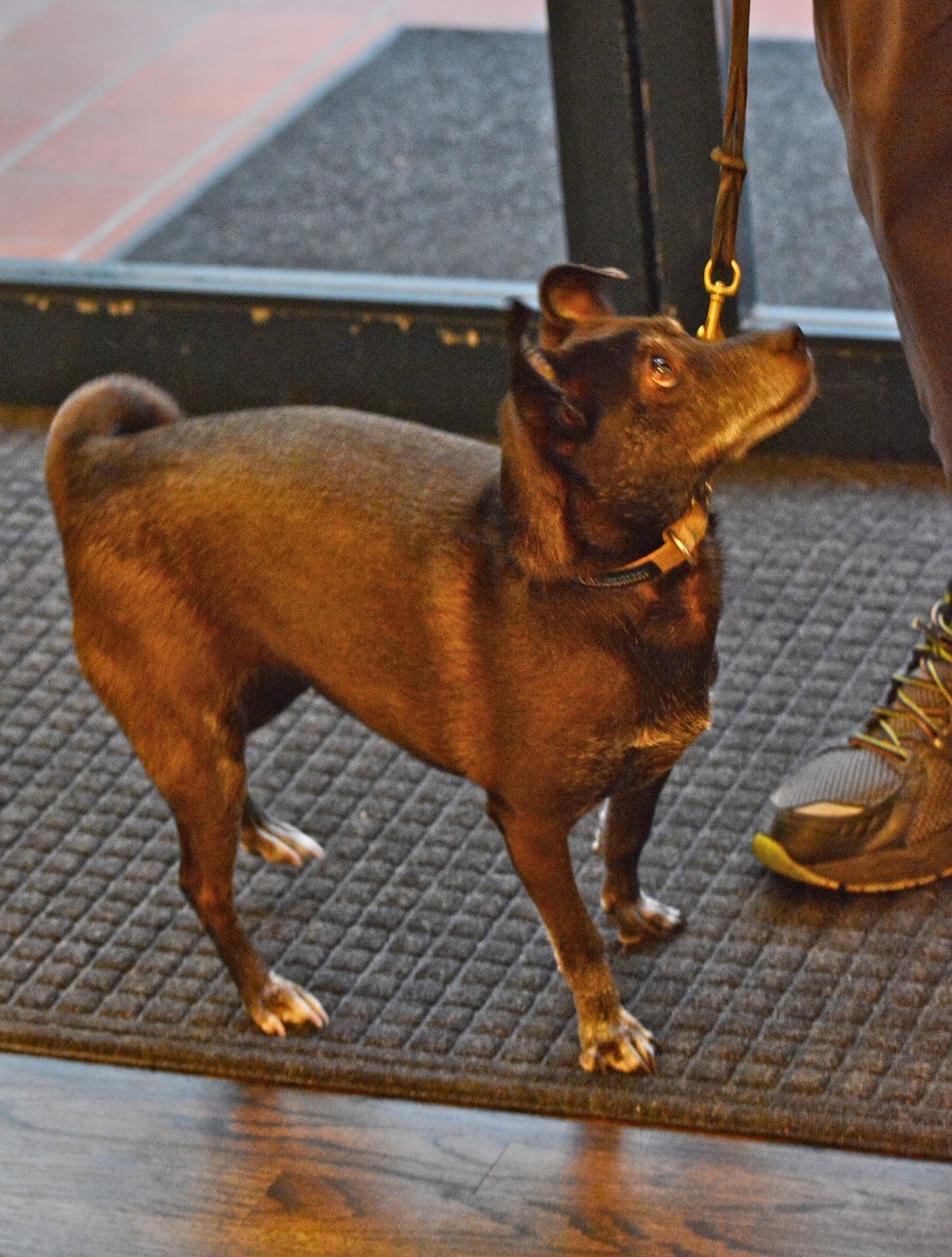