Fences appear everywhere I look.  Sometimes, I see them as I go back through old photos,  this one taken December 2nd, 2009 in North Vancouver at Maplewood Flats, 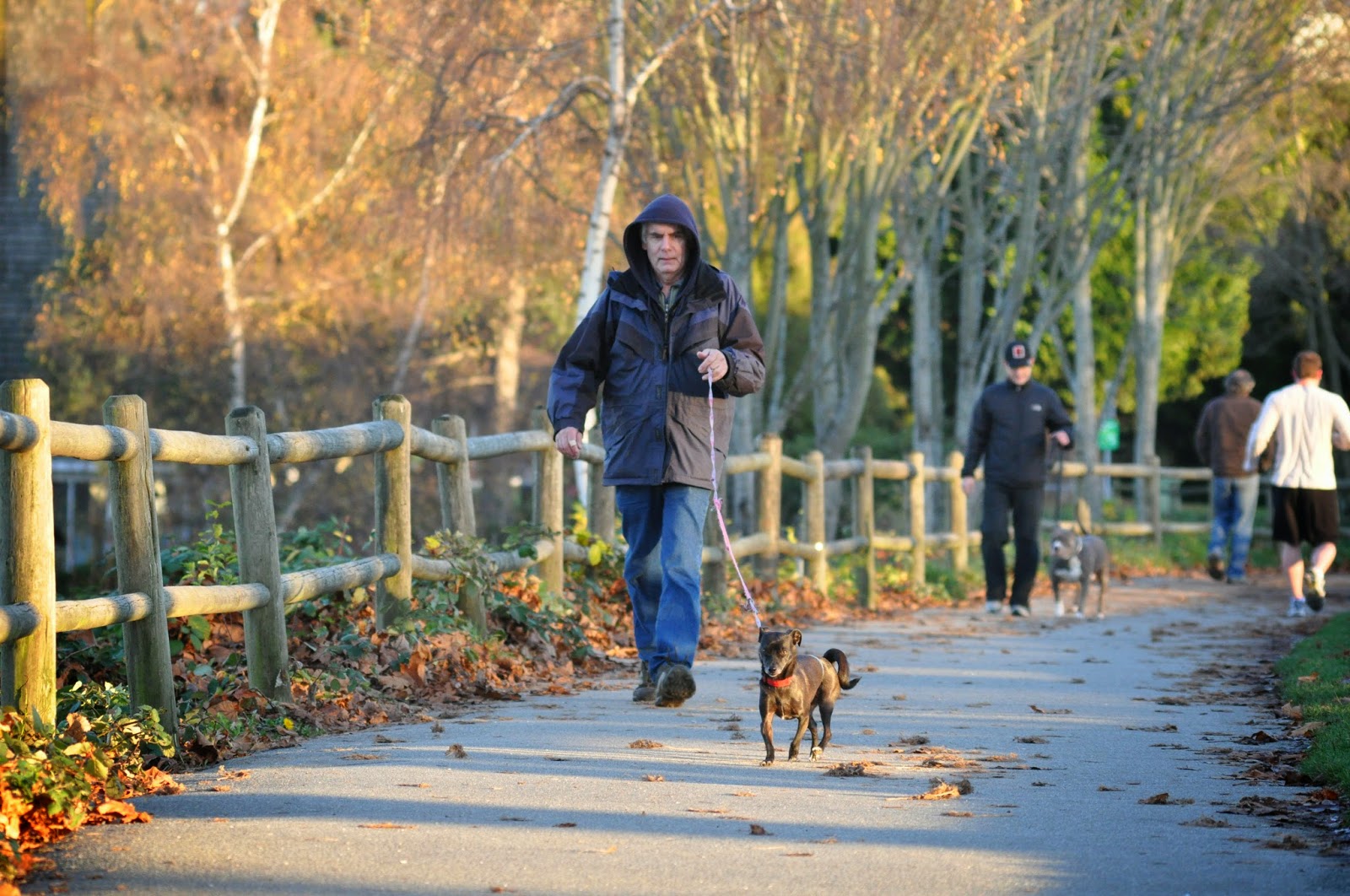 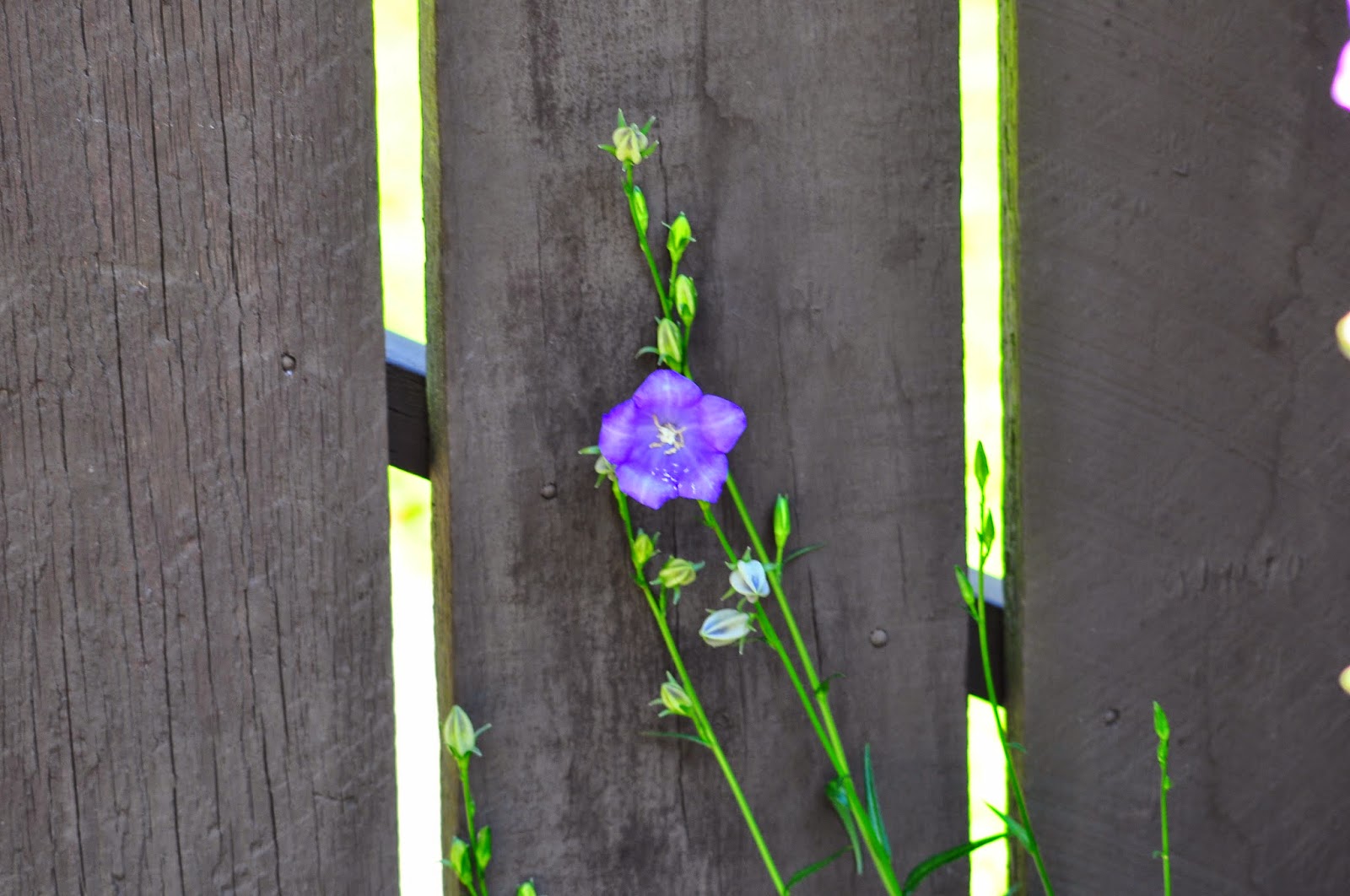 Yesterday, as we walked home from Harrison Galleries, we passed this sign and fence.  I've been living in Yaletown for almost four years, but didn't know about Jubilee House.  It was raining, and I had taken no pictures to that point in the day (!) but Bill found a little shelter where we could keep the camera dry.  Though I didn't take any pictures of Bill or Black Jack yesterday (you can see them in the 1st photo), I feel their presence in each shot. 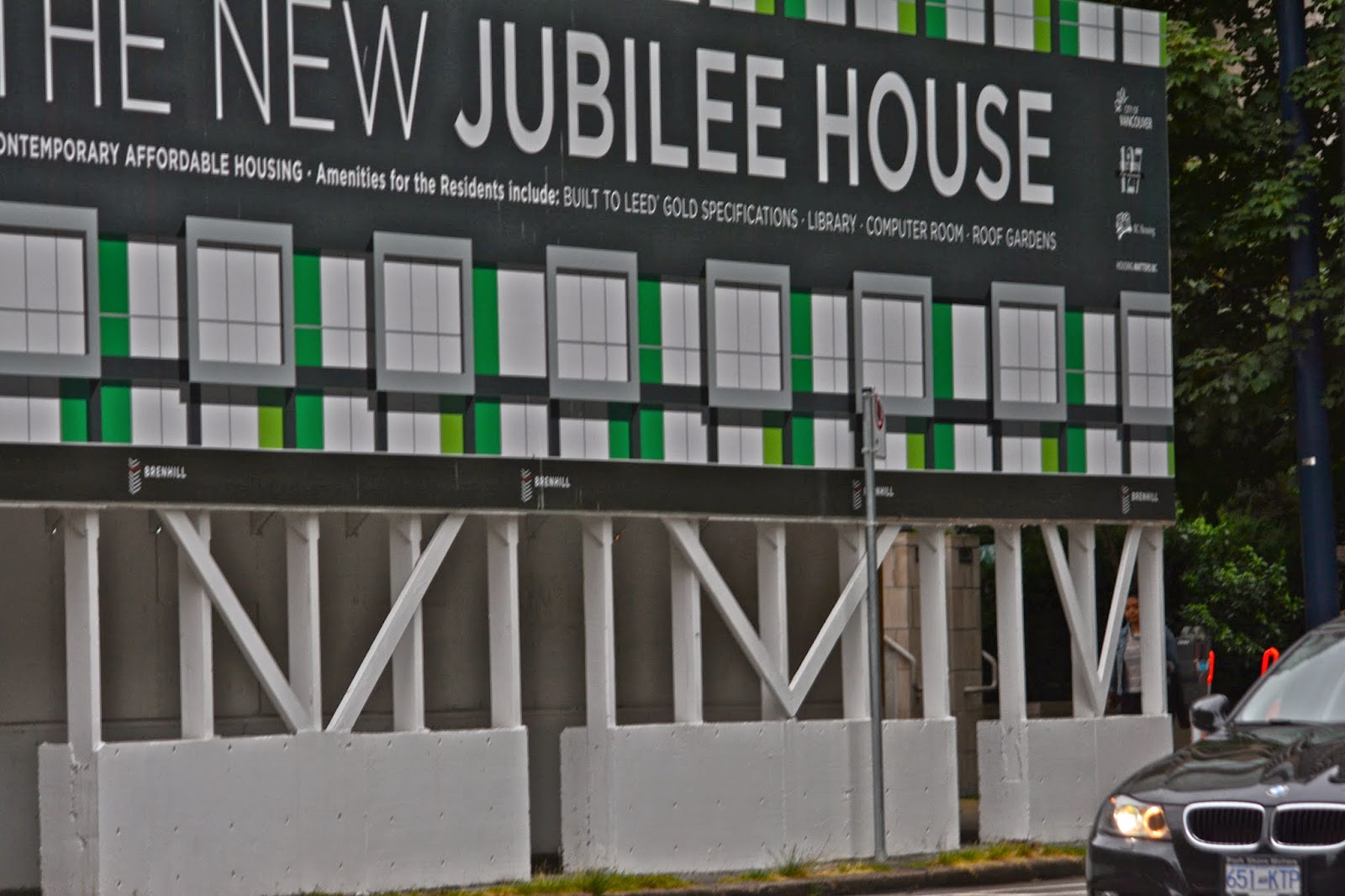 I found a model and more information about Jubilee House at VanCity Buzz. 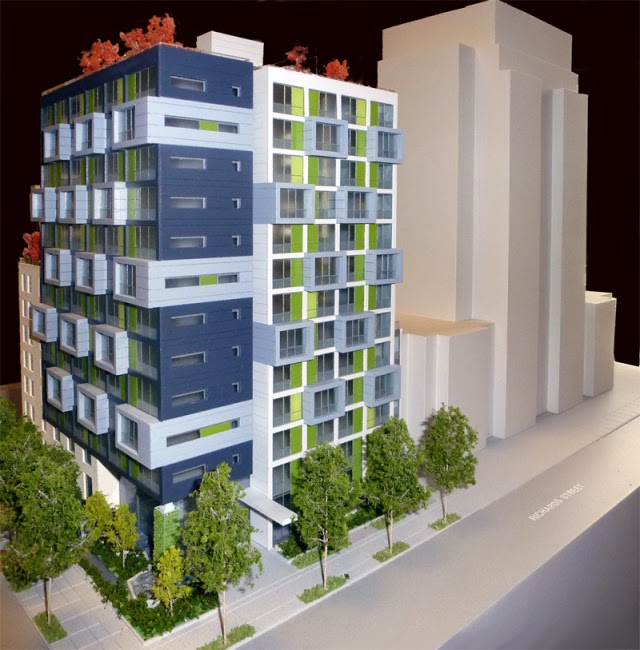 Bill pointed out the old Jubilee House on the other side of the street, and its garage fences practically yelled at me to take a photograph :) 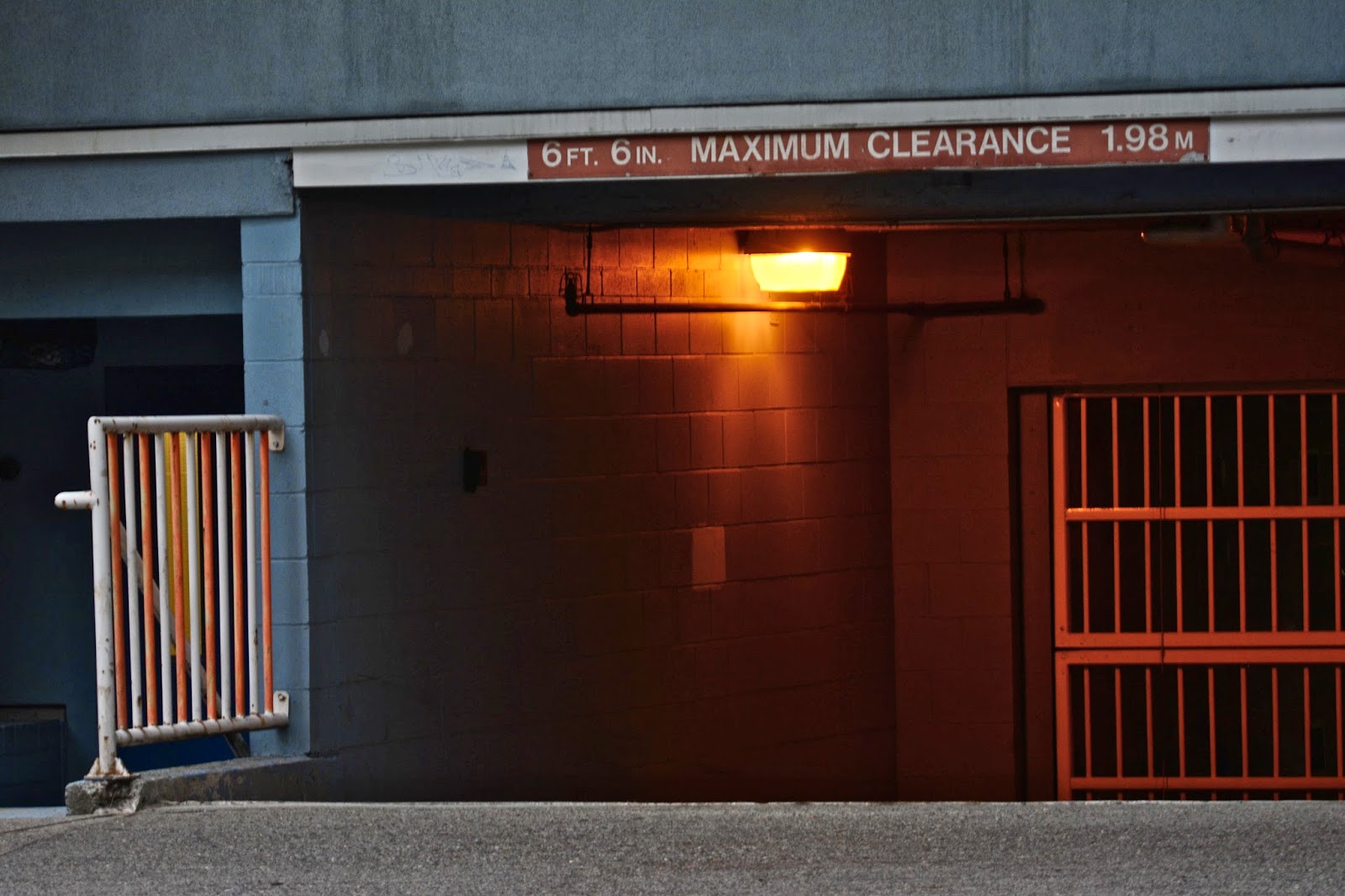 No fence in this shot, but that apartment was just above the garage.  The building is to be torn down.  I hope the person working at his/her desk will be able to move into the new one. 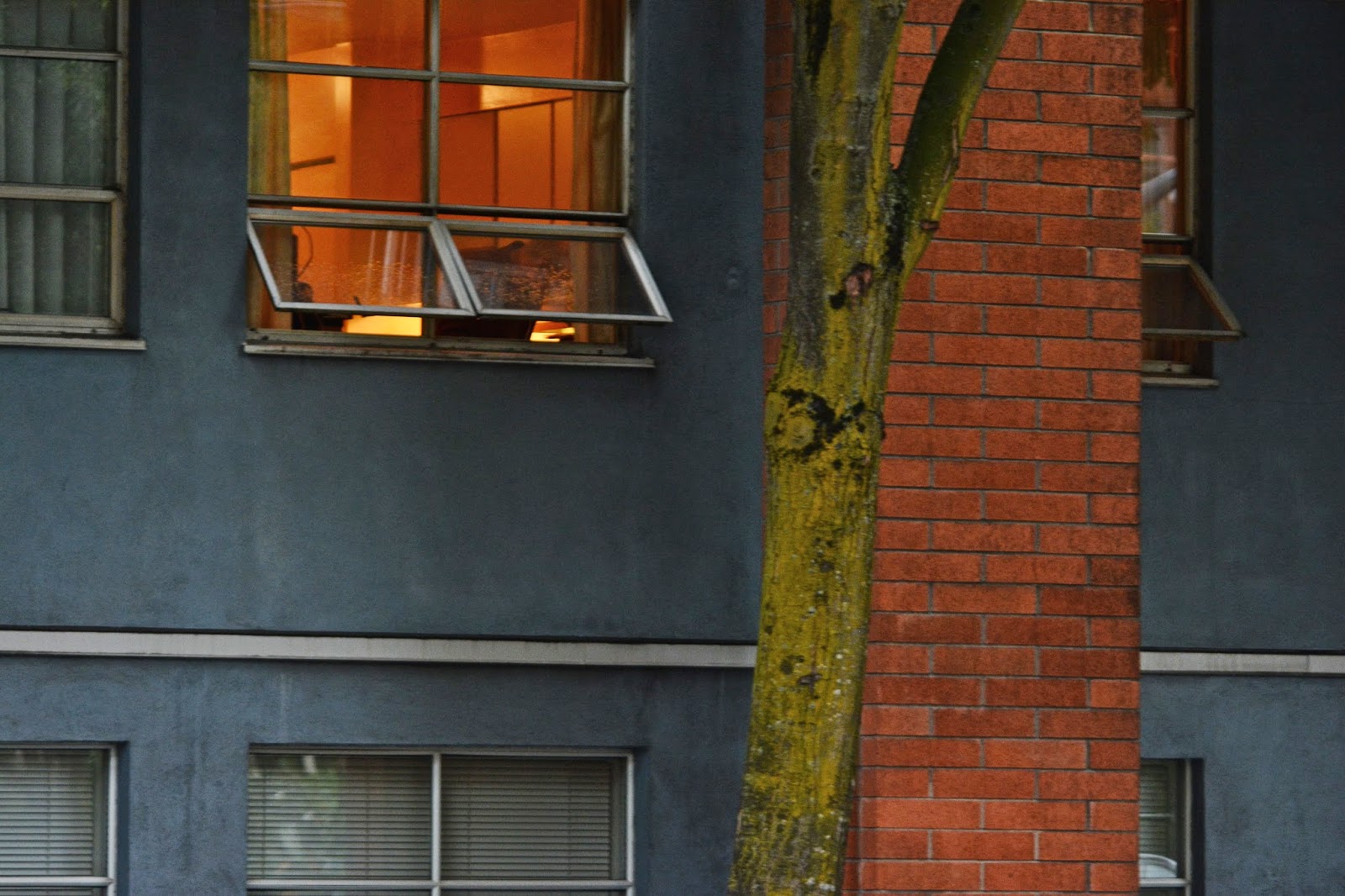 At the 127 Society for Housing site, I found some testimonials about the old building.  This first one, written by a tenant, really hit home:

“I found out about Jubilee House when they were building it, and I was sleeping in a nearby storage closet…”

- A Tenant at Jubilee House

This second one, written by a community worker, gives a lengthier explanation of the services provided for residents in a building such as this.


“It is an incredible opportunity to continue to offer dignity and respect to our tenants that are aging. For the tenants the Community Worker and Programs offered by The 127 Society for Housing gives them a feeling of stability and caring.

The meal programs offer the tenants the ability to get to know their neighbors, build friendships and an opportunity to participate in preparing and serving the food at the meal.

The low cost food store is very beneficial for the tenants that are aging as their health does not always allow them to go out to stores to shop. For those tenants that volunteer working in the stores, it has given them a sense of commitment, reliability and increased self esteem; it has also allowed them a comfort level to show their personality and sense of humor to other tenants.

Having a Community Worker on staff on a full time basis creates a safe environment for tenants to voice concerns about everyday living in an apartment building. A sense of trust has also developed to just drop by and let you know how their day or life is going.”

I will be a little bit more aware of life around me each time I pass this building in the future.  All thanks to TexWisGirl and her Good Fences meme.  This fence, by the way, was just across the street from Jubilee House, 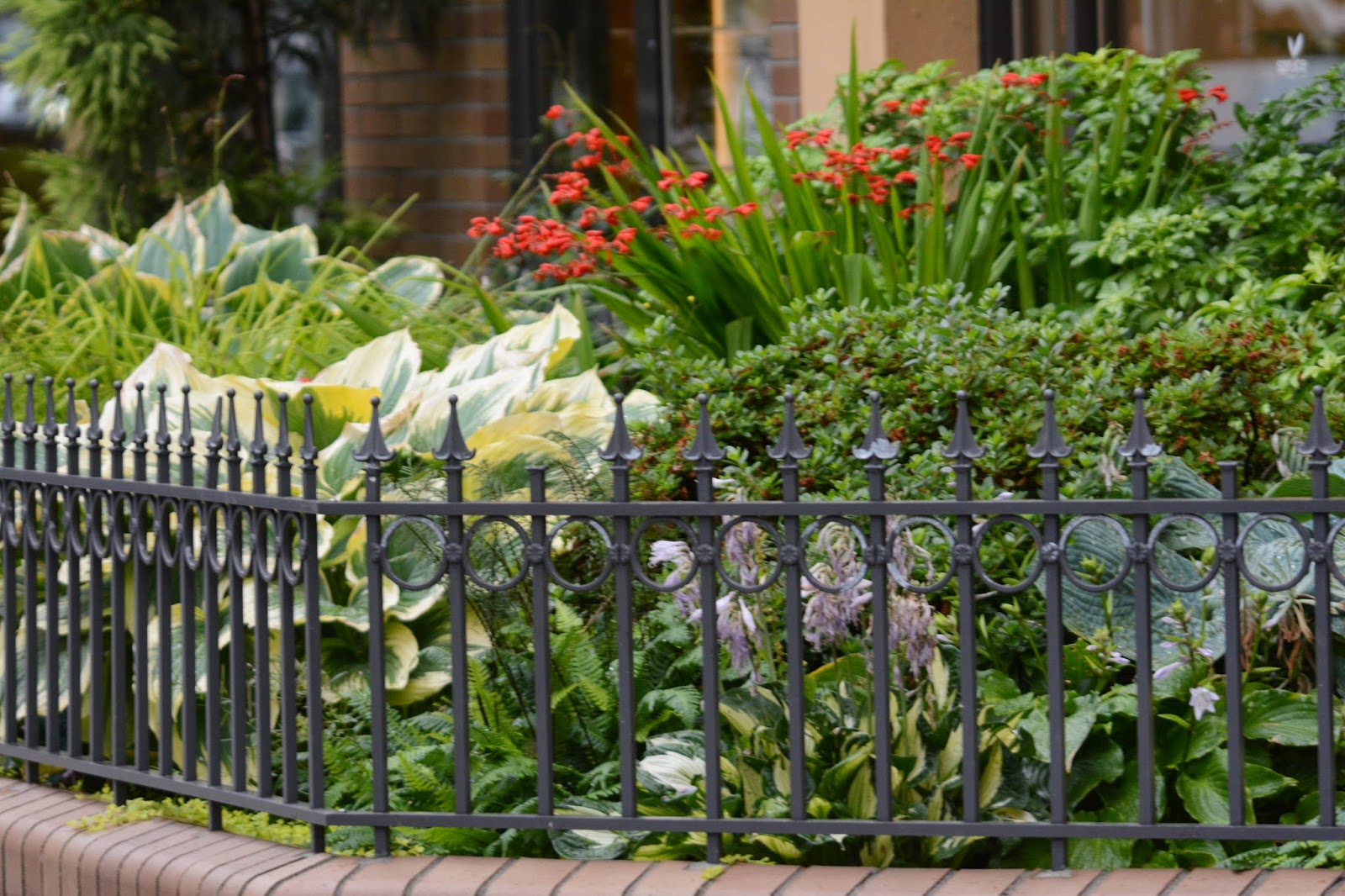 and this one, just steps away, borders Emery Barnes Park.  (BIll found another dry spot where we could stand for this shot.) 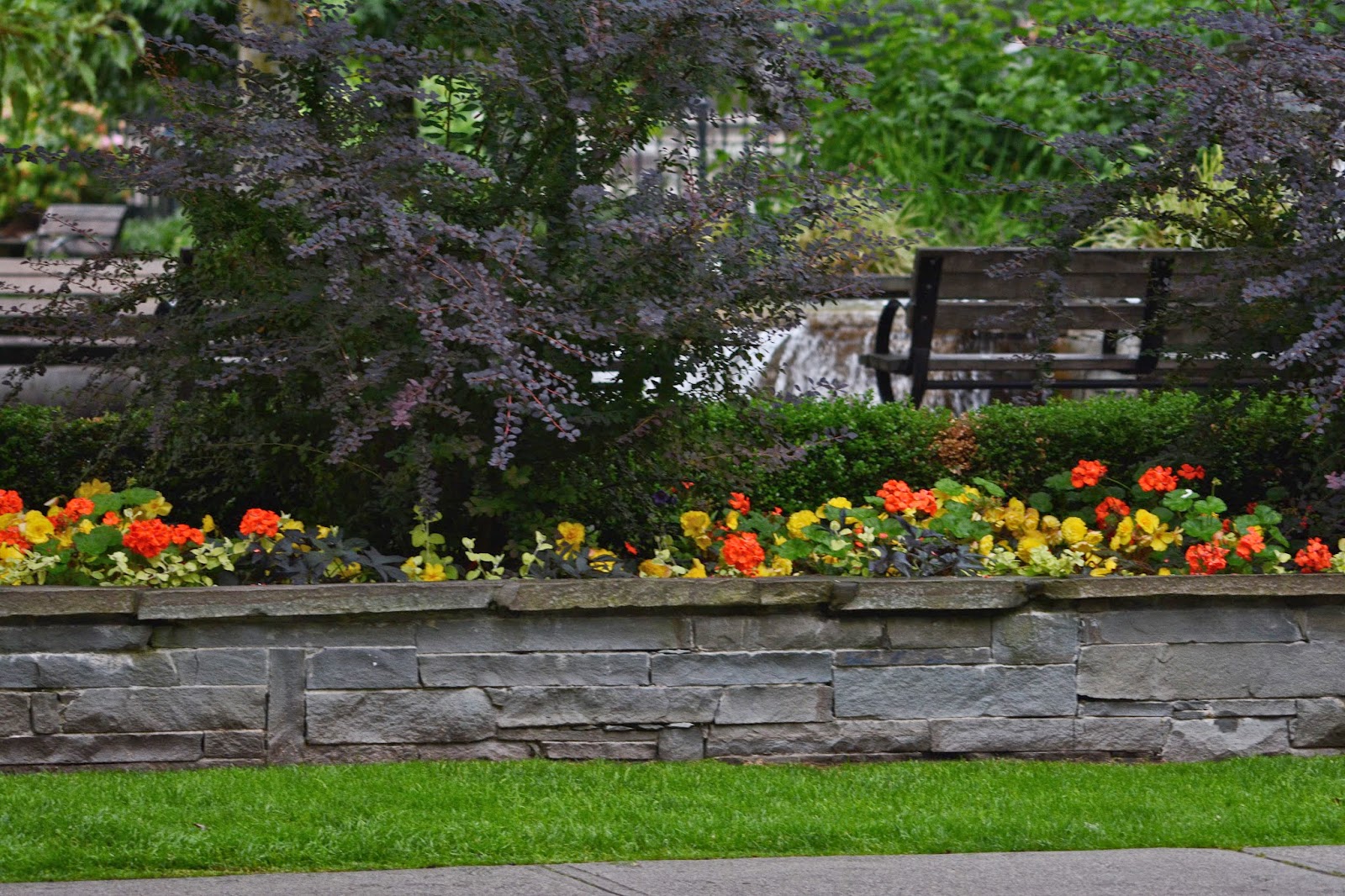 The rain became heavier and heavier as we walked home.  I took this last shot from inside our apartment as dusk fell.  It has absolutely nothing to do with fences (unless you imagine the ones on balconies in that building in the background), but after a five-day absence, Tupper's return to the neighbourhood is cause for celebration.  We got up from the supper table, rushed outside, and stood in the rain to give her a few handfuls of the salmon dog treats Black Jack allows us to share.  Both of us felt ridiculously happy, even as the rain dripped from our eyelashes :) 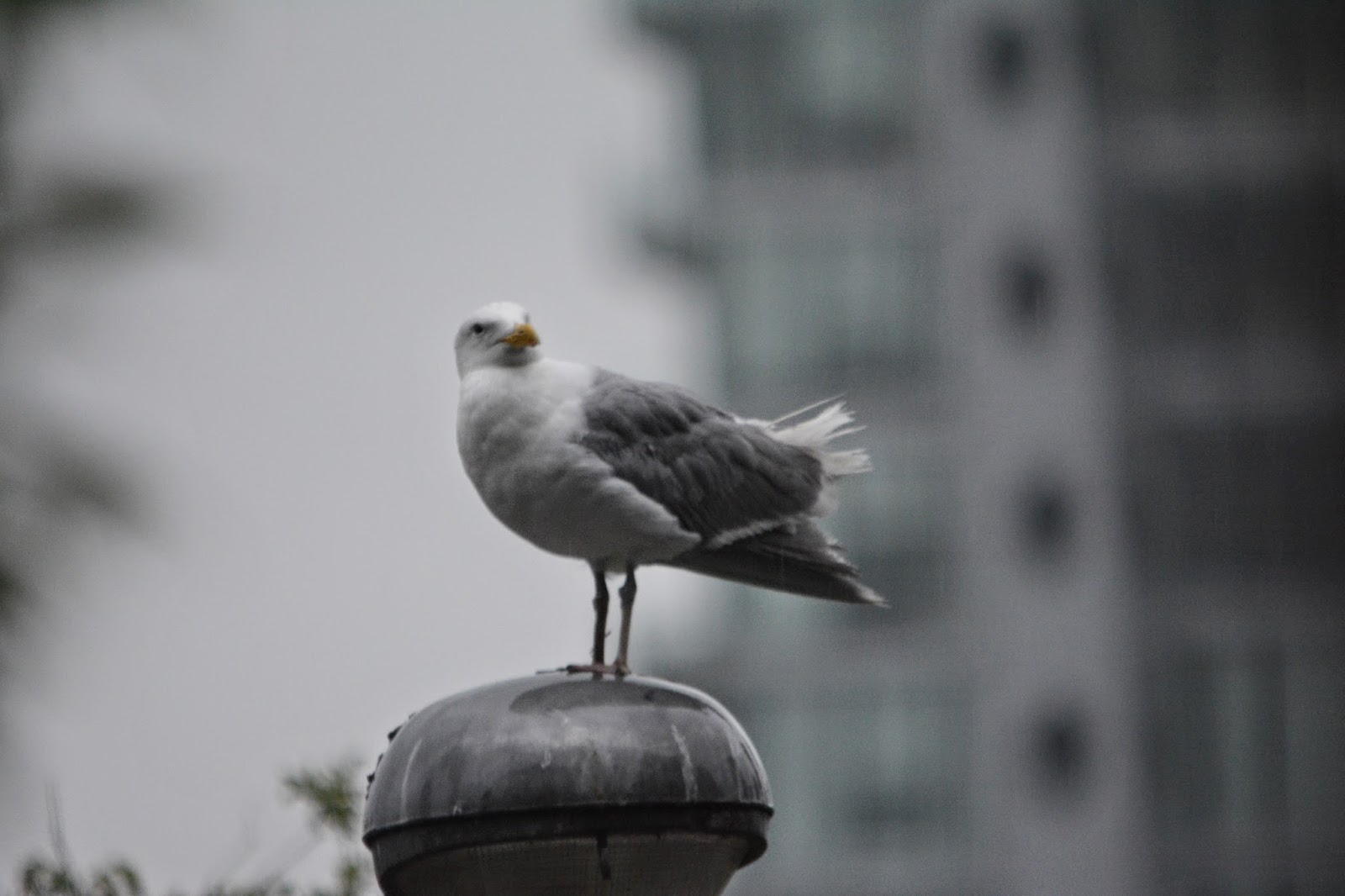 After that, we finished our supper and then read aloud to each other from our latest book, The Dogs Are Eating Them Now by Graeme Smith.  We've dropped two books lately that just couldn't seem to hold our attention. Walks with Men by Ann Beattie and LIttle Failure by Gary Shreyngart are by reputable authors and received pretty good reviews. I think quite a lot about the effort that goes into writing a book and feel guilty to put one aside.  There are so many factors in deciding when a book will work and when it just feels tiresome.  Perhaps, some day, we'll come back to one or both of those we rejected, but for now, I think Graeme Smith's book is going to stick.  Happy Thursday, everyone, and many thanks for stopping by.  For more Good Fences, I think you will enjoy TexWisGirl's meme.
Posted by Black Jack's Carol at 10:39 AM