Mostly orange on this Friday

Yesterday, I watched for the colour orange as we went about our day.  Since starting daily posts, it has been easiest to use photos taken the day before the post, but the first six here are saved from a few days ago.  I think you'll agree that the Orange You Glad It's Friday meme (thank you, Maria) was the only appropriate place for them.

We were walking home from the Jazz Vespers concert on Sunday when I encountered this man and thought I was hallucinating. Surely, I had read too many posts at Maria's meme :) 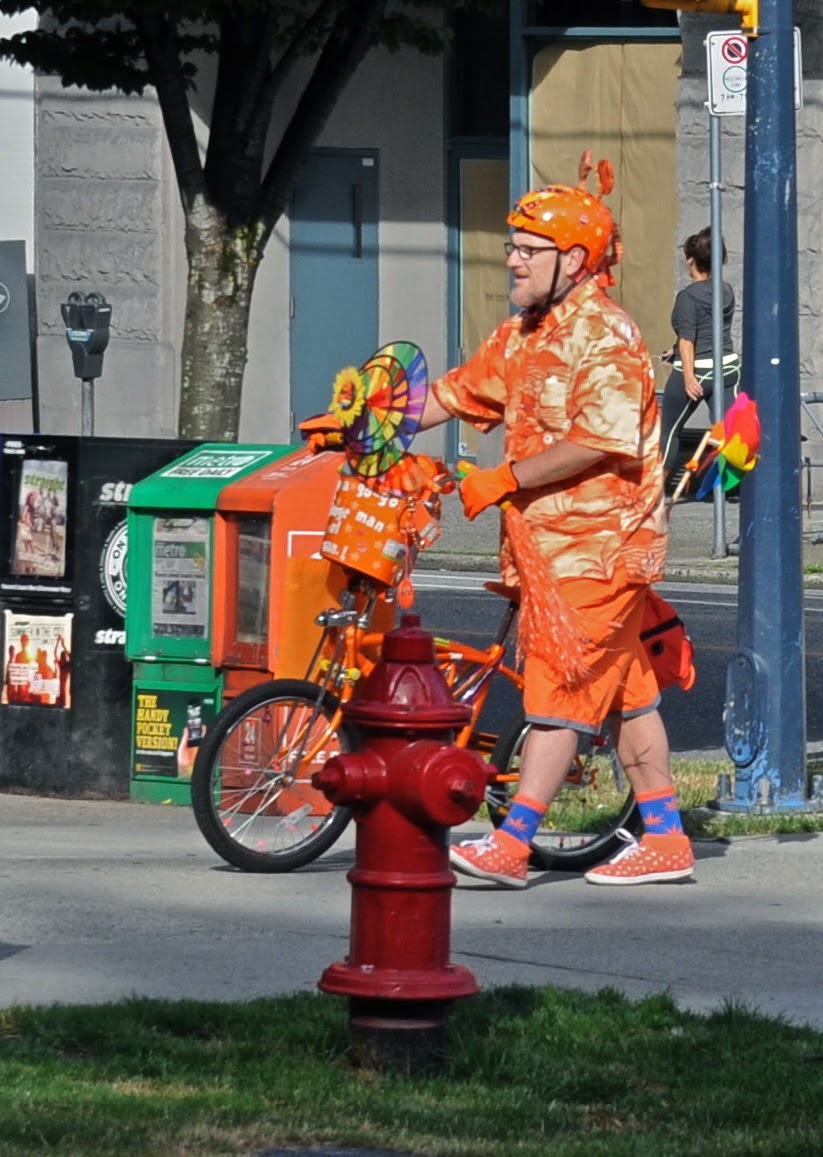 The man and his friend were  on the other side of the street, walking toward us from quite a distance.  I had to be quick and my 17-50 mm lens was small for the job so the photos are.. 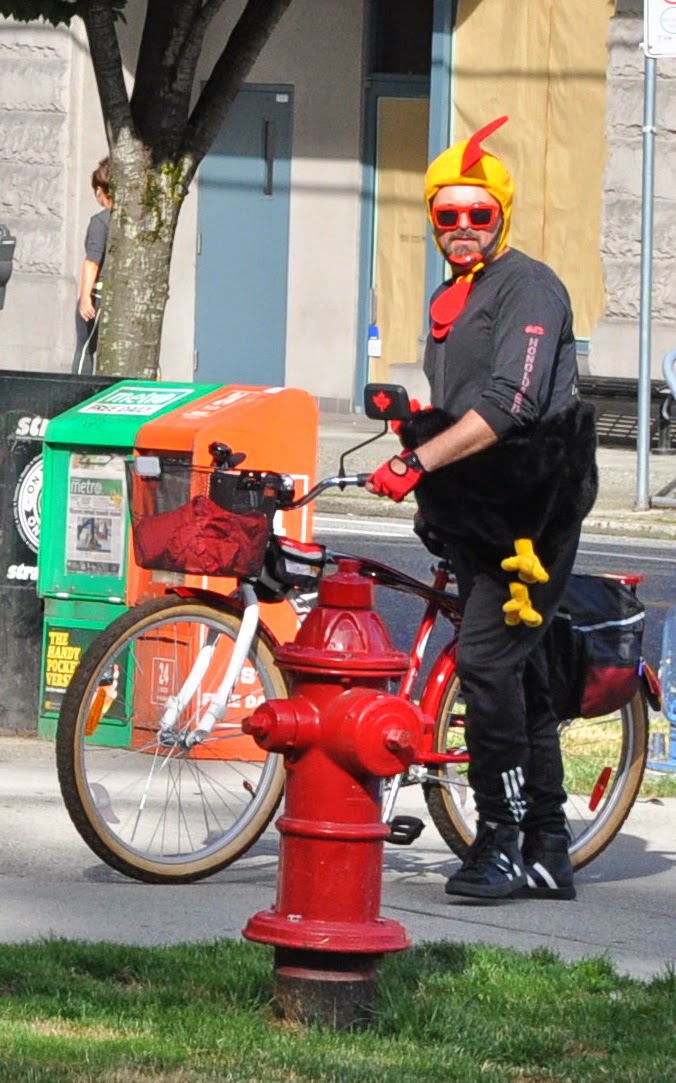 greatly cropped but the orange content is not in doubt.  The men waved permission to take the photos, but didn't approach so I'll never know the purpose of their colour choice. 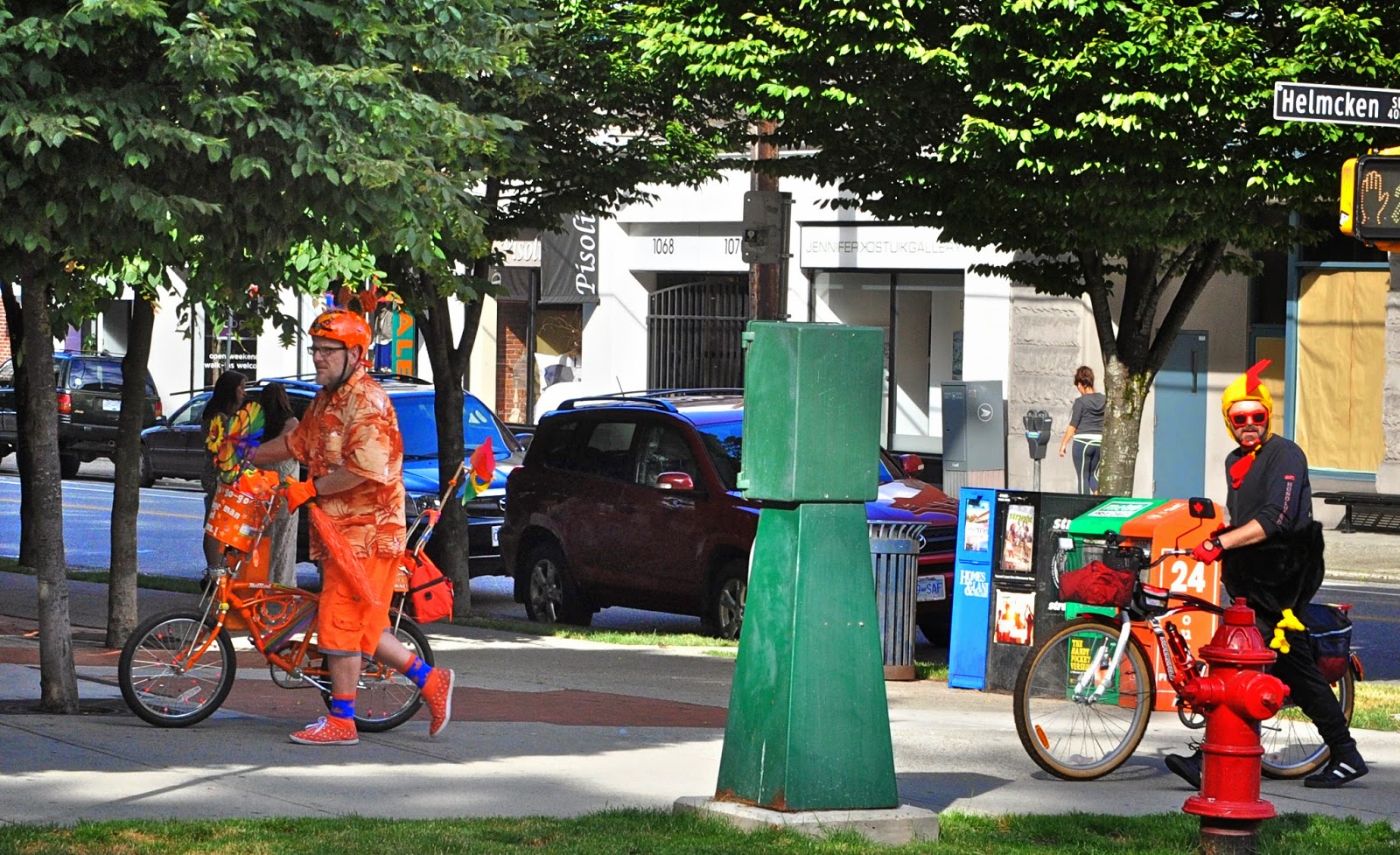 These were growing near the Redwing Blackbirds we watched a few days ago. 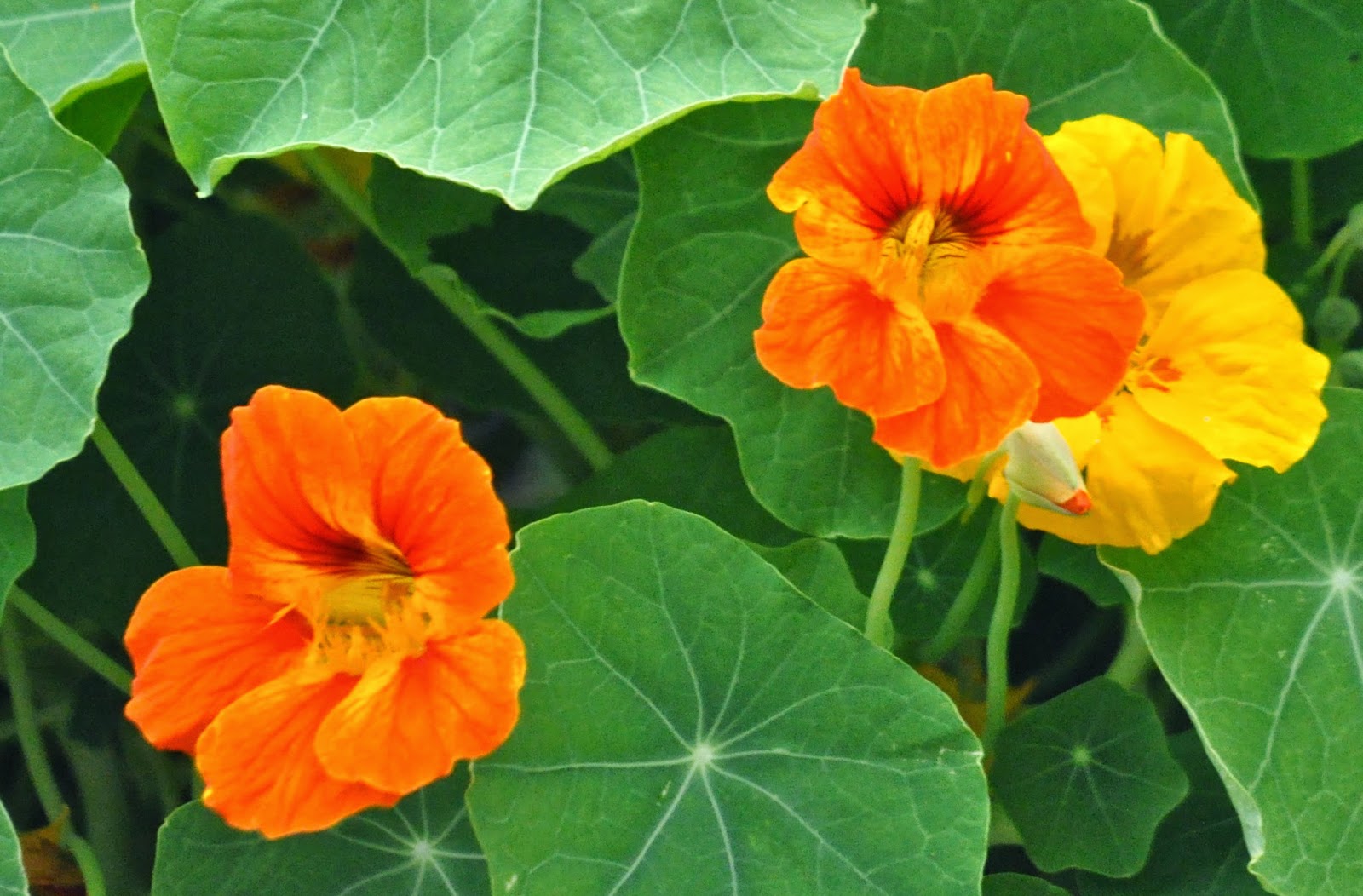 Their shades dominated the background for this Redwing. 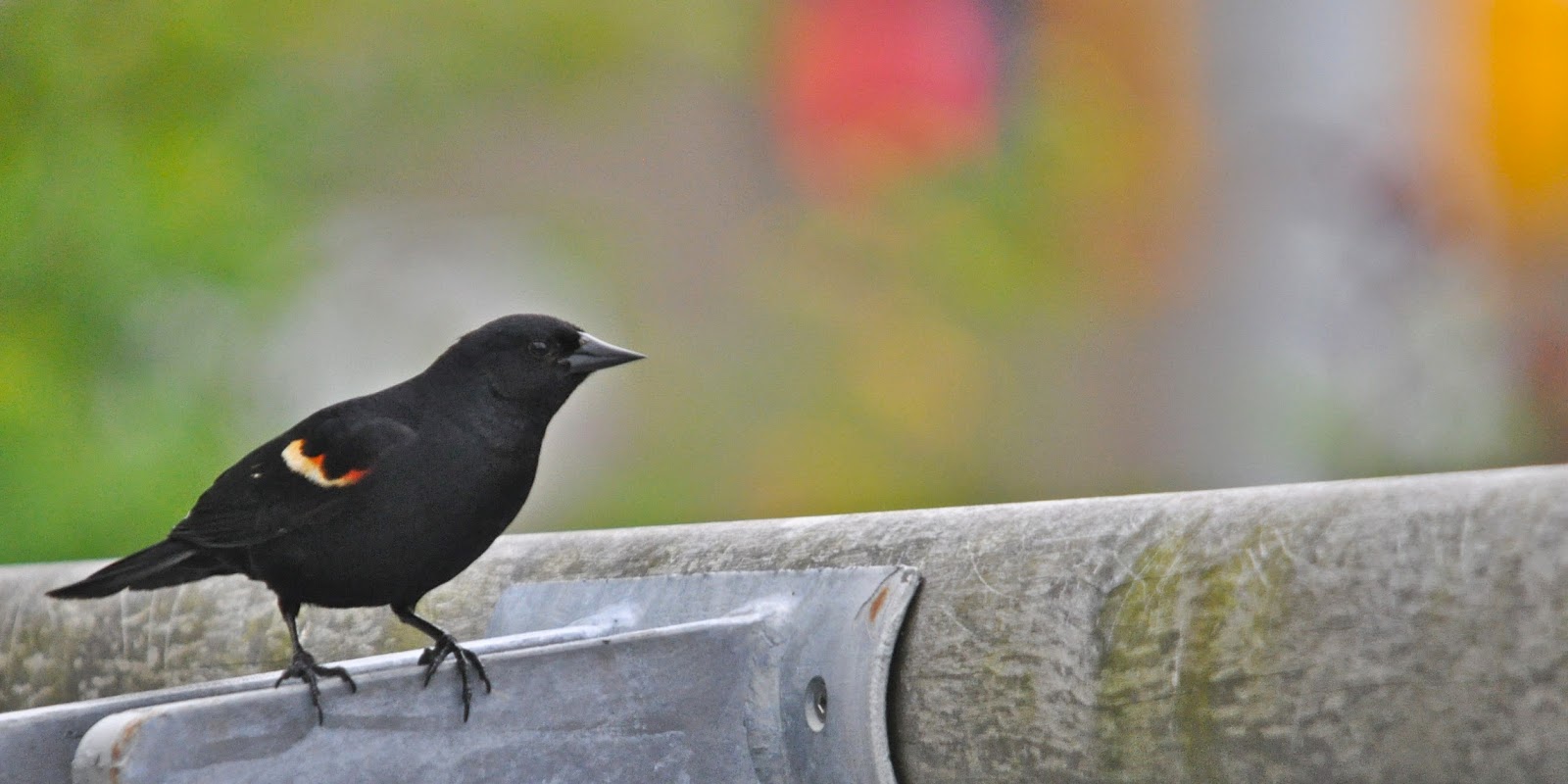 Bill received this birthday card from his sister, Phyllis.  The photograph is by Probal Rashid and is part of his collection on the traditional circus of Bangladesh.  I have many questions about the circus, but love the photograph.  Thanks, Phyllis :)

Thursday's photos
Bill bought two new balls that are identical to Black Jack's favourite toy as the original had become tattered and neither of us felt it safe for her.  Every morning before breakfast, he and Black Jack play ball.  I love to watch them.  But, why TWO balls? 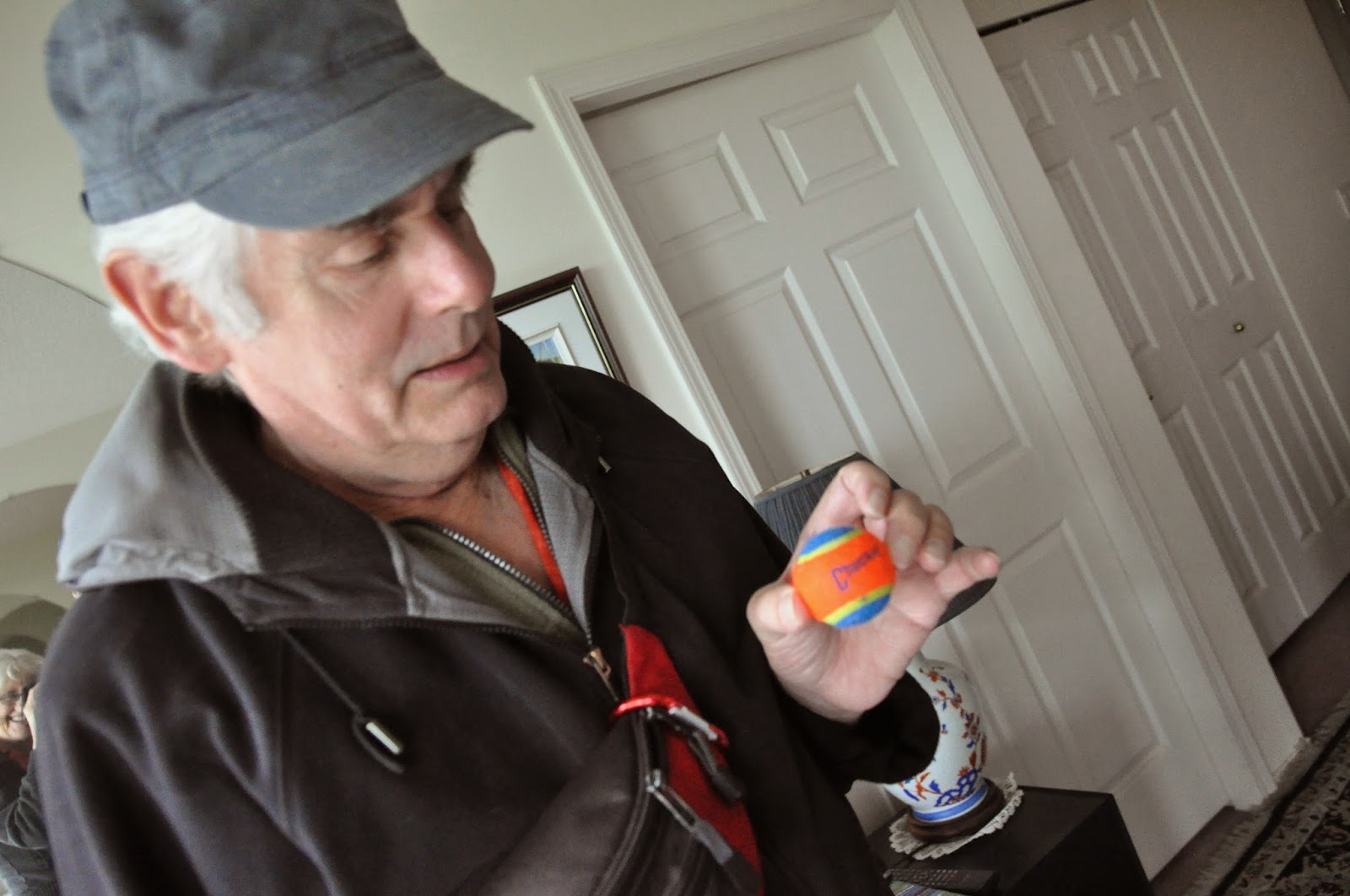 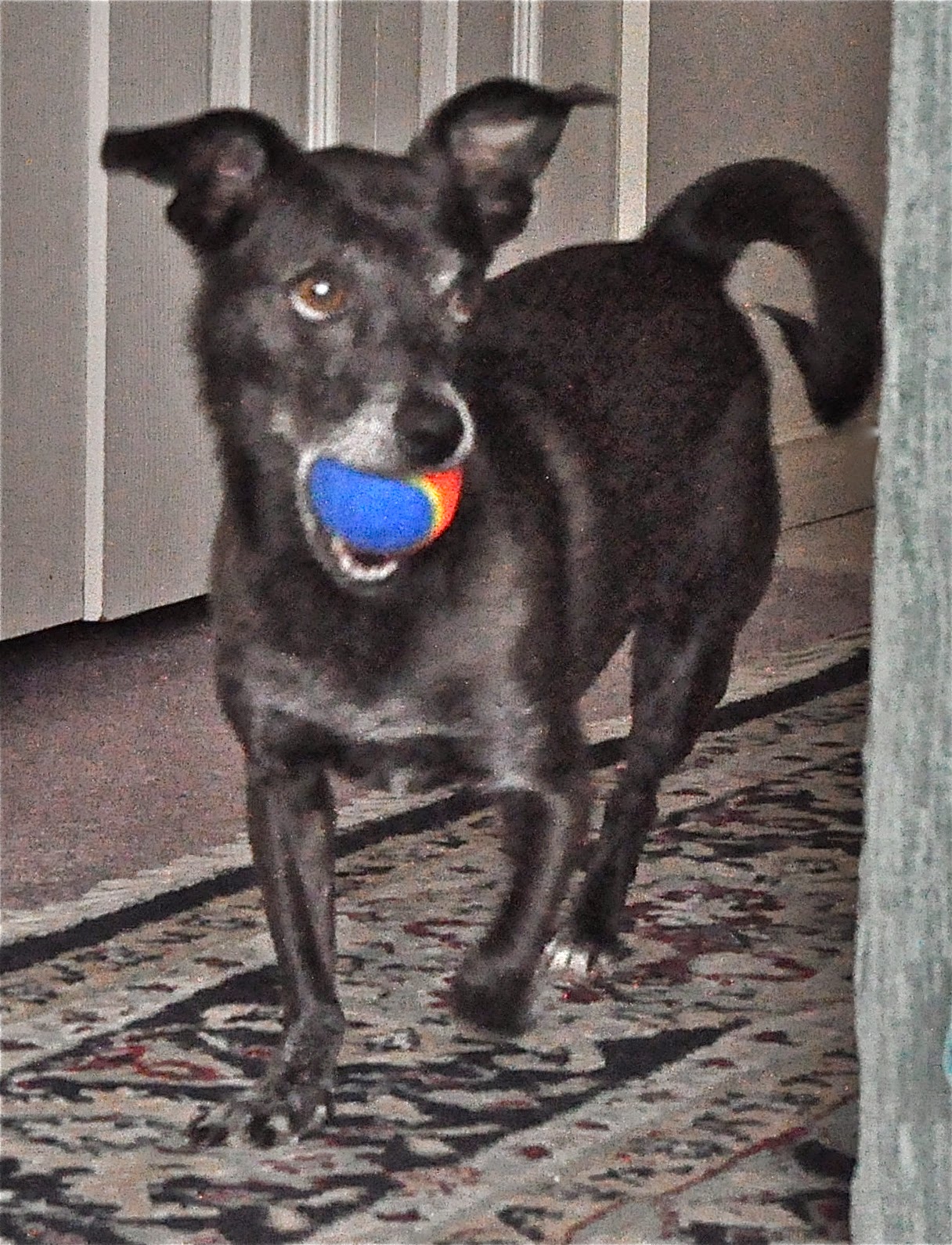 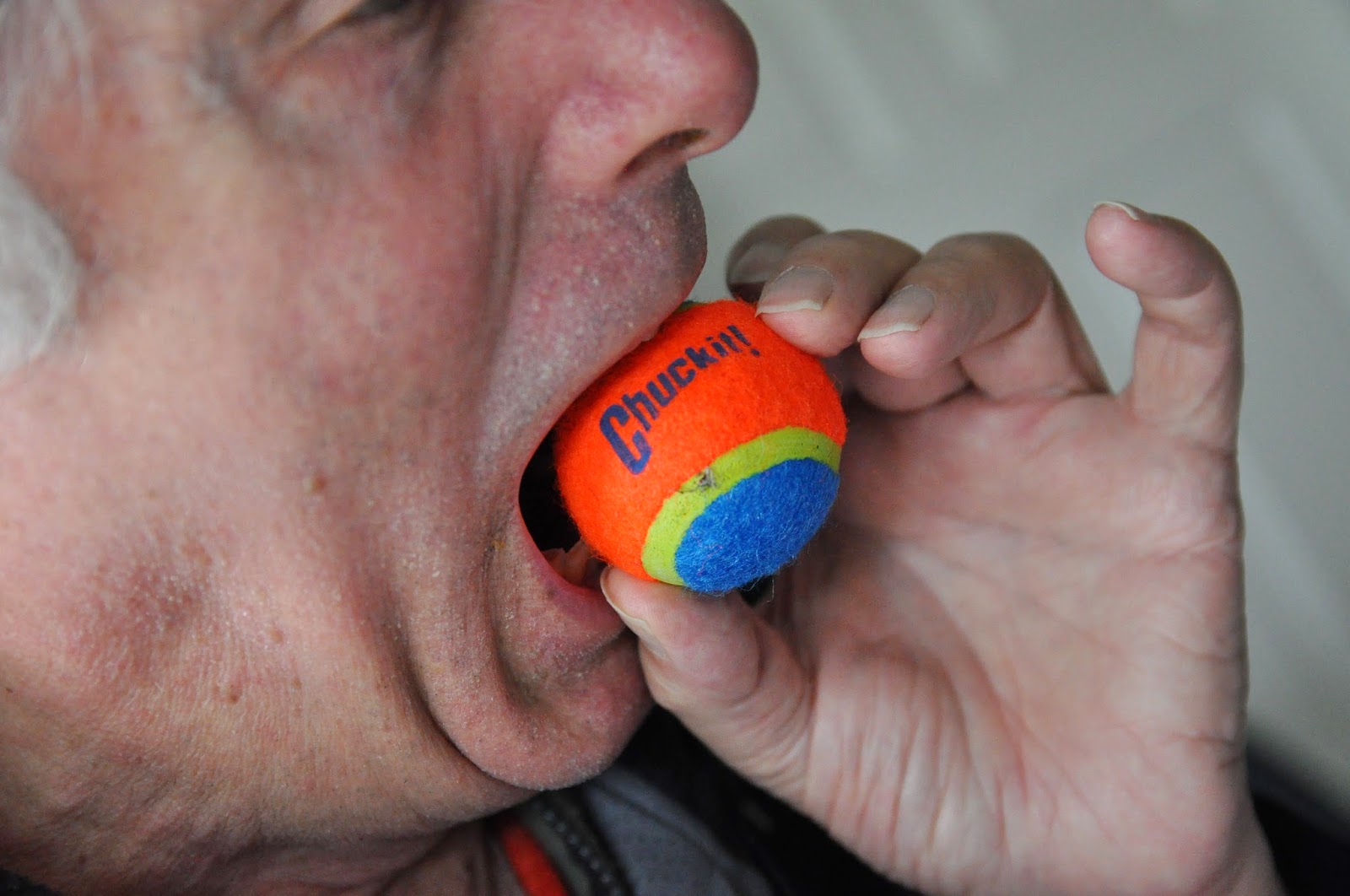 When we walked later in the afternoon, the tide was very low.  That rock behind Bill.. 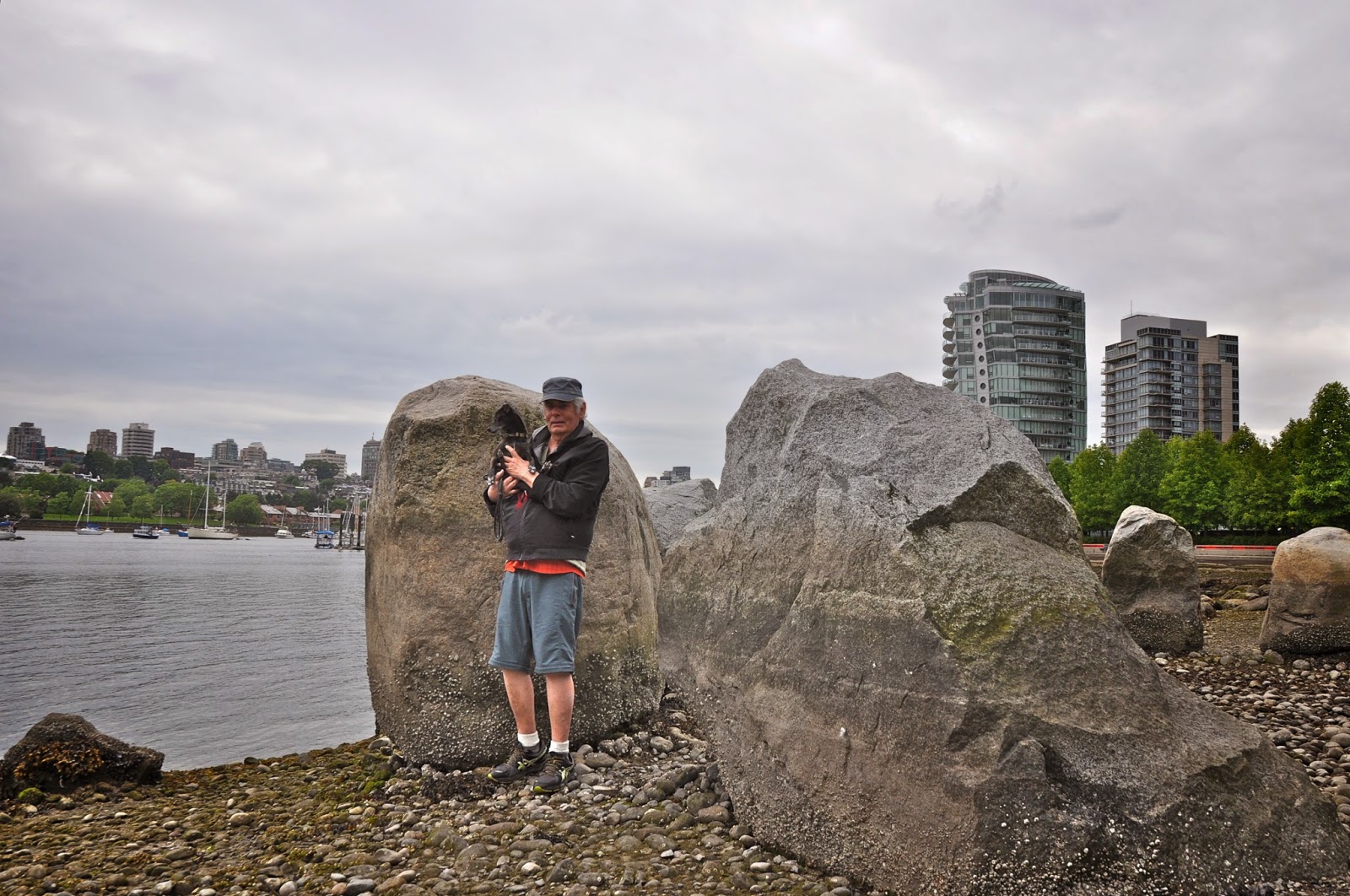 looked like this (furthest one to the right) at high tide a few days ago.

Bill is just over six feet. 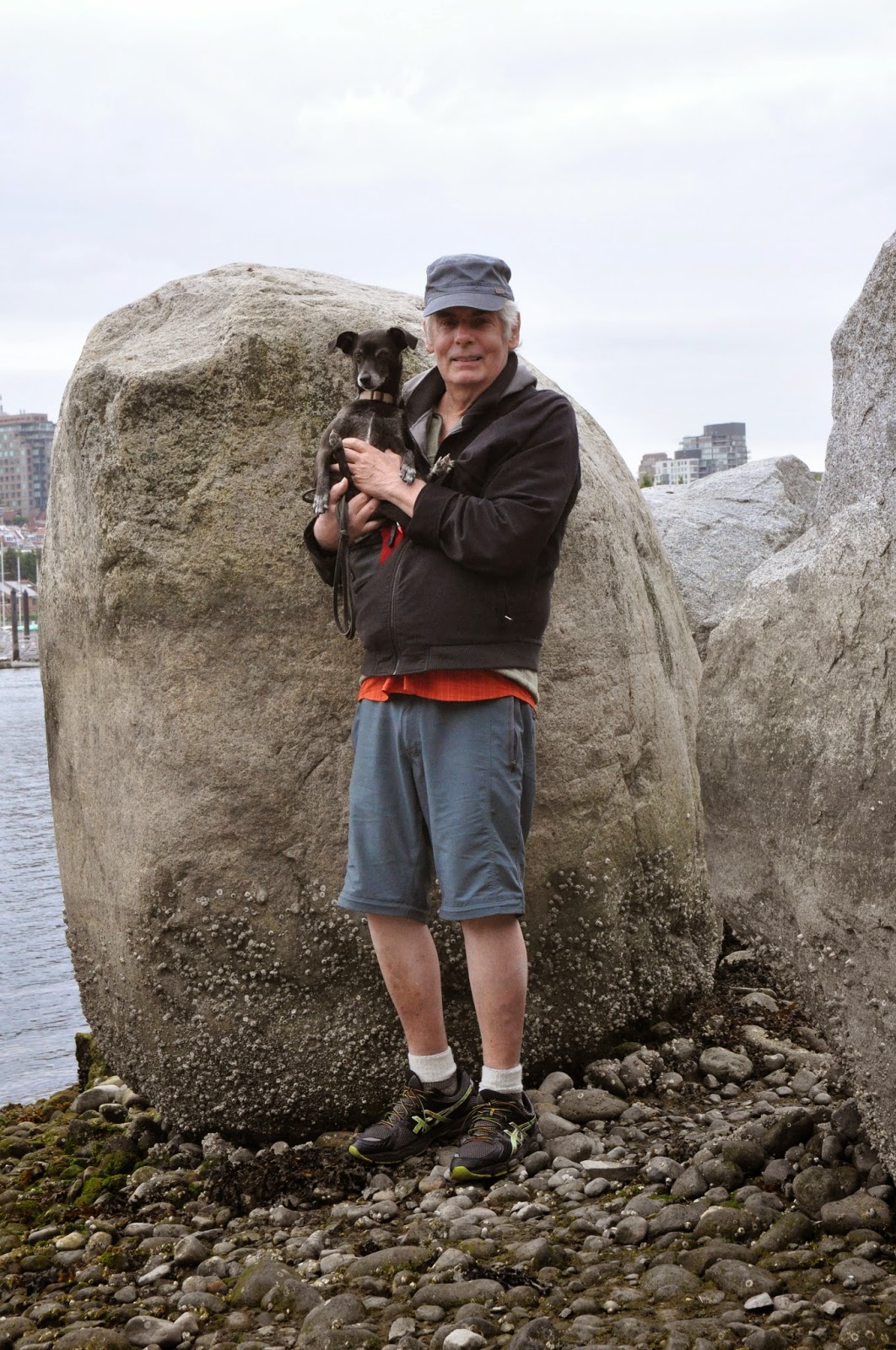 He walked down to the water's edge to get a better perspective of the distance the water rises.  He estimated it to be about 9 feet, though we didn't confirm that with.. 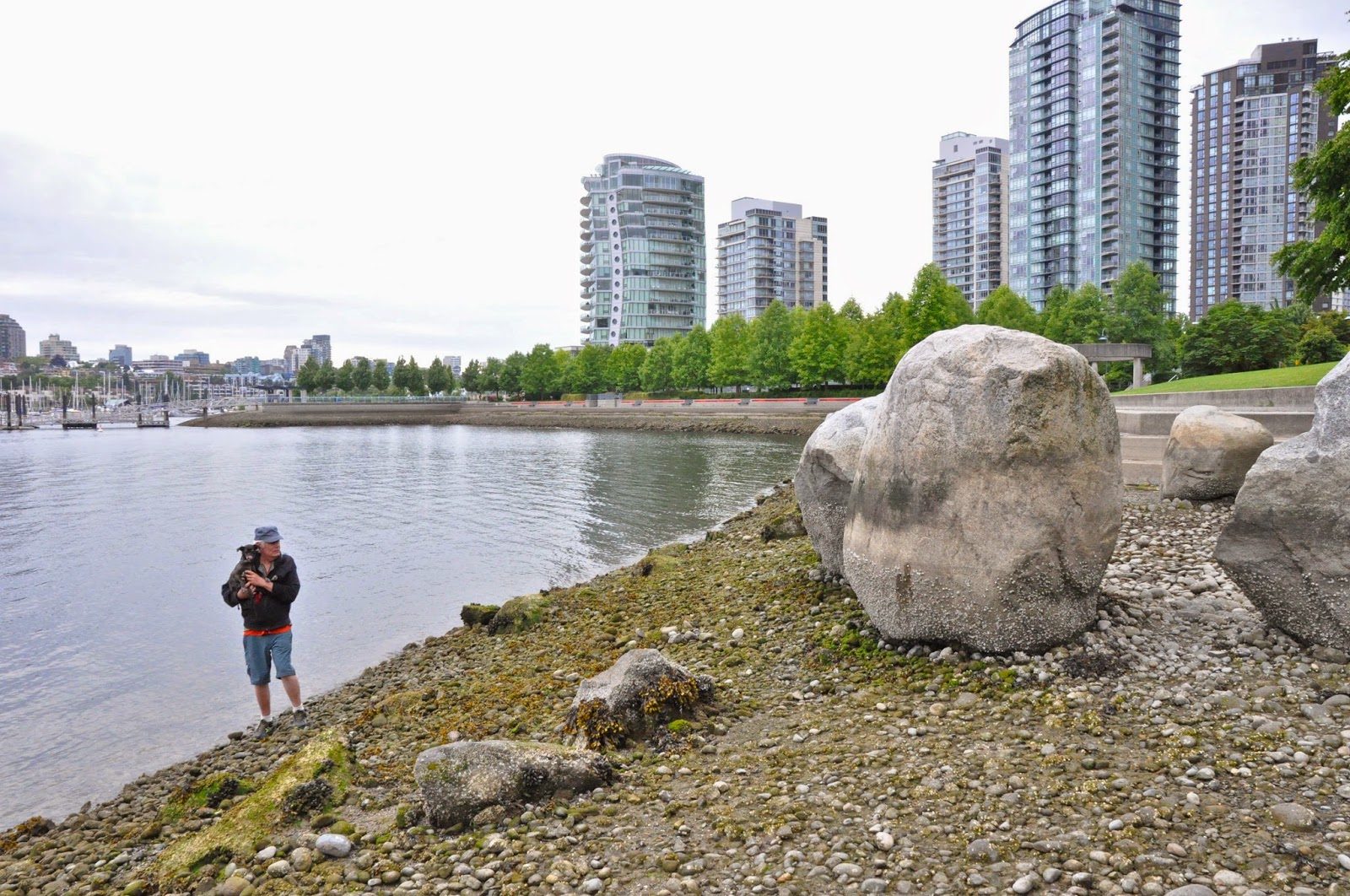 a more precise measurement.  I'm not as happy on the other end of the camera but a little distance and Bill's hat made it sort of fun.  Perhaps, you've noticed that Bill and I wore our orange shirts for a second Friday post.  I laughed this time, because we didn't plan it. 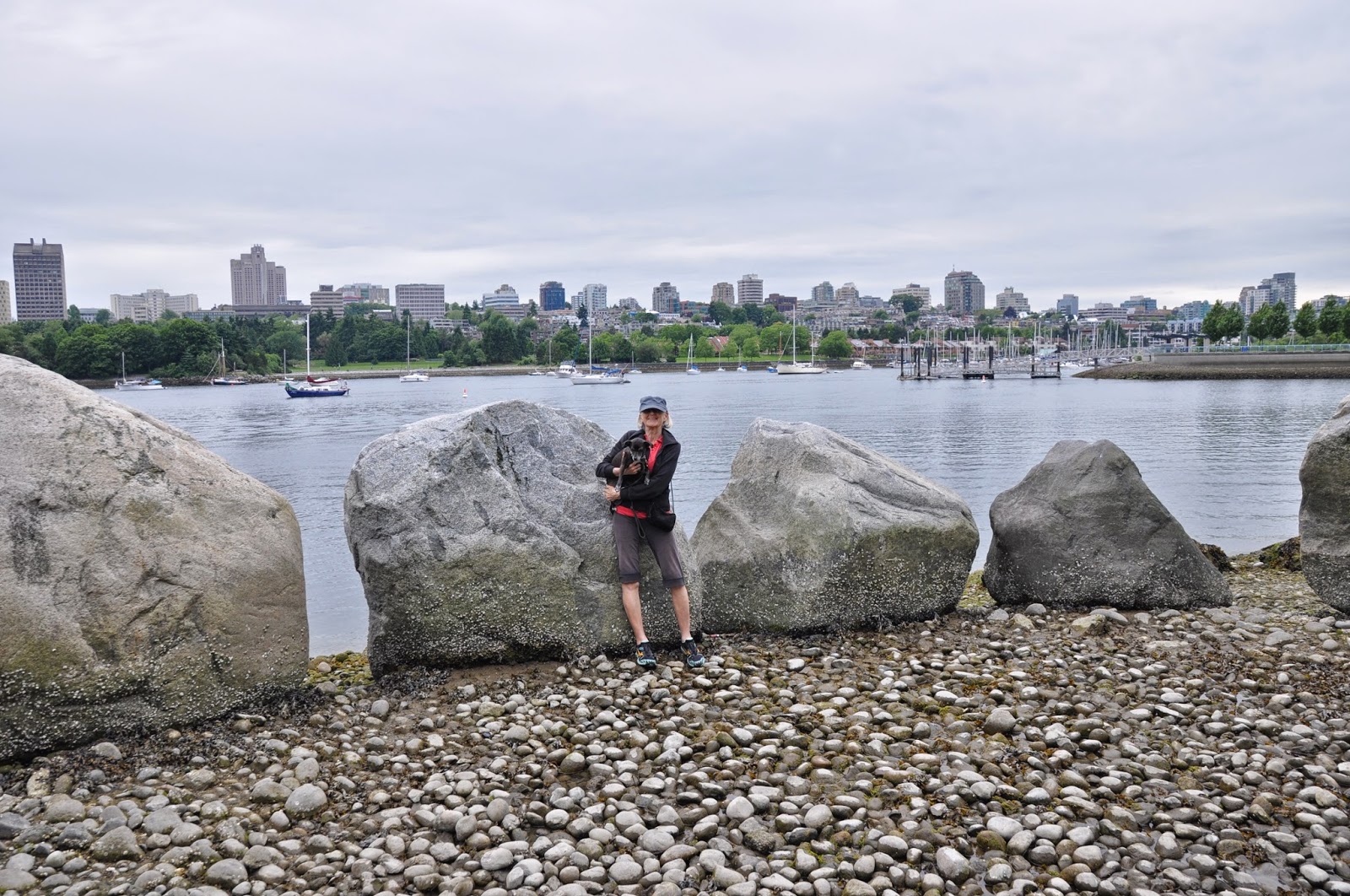 What this goose lacked in attire, it made up for.. 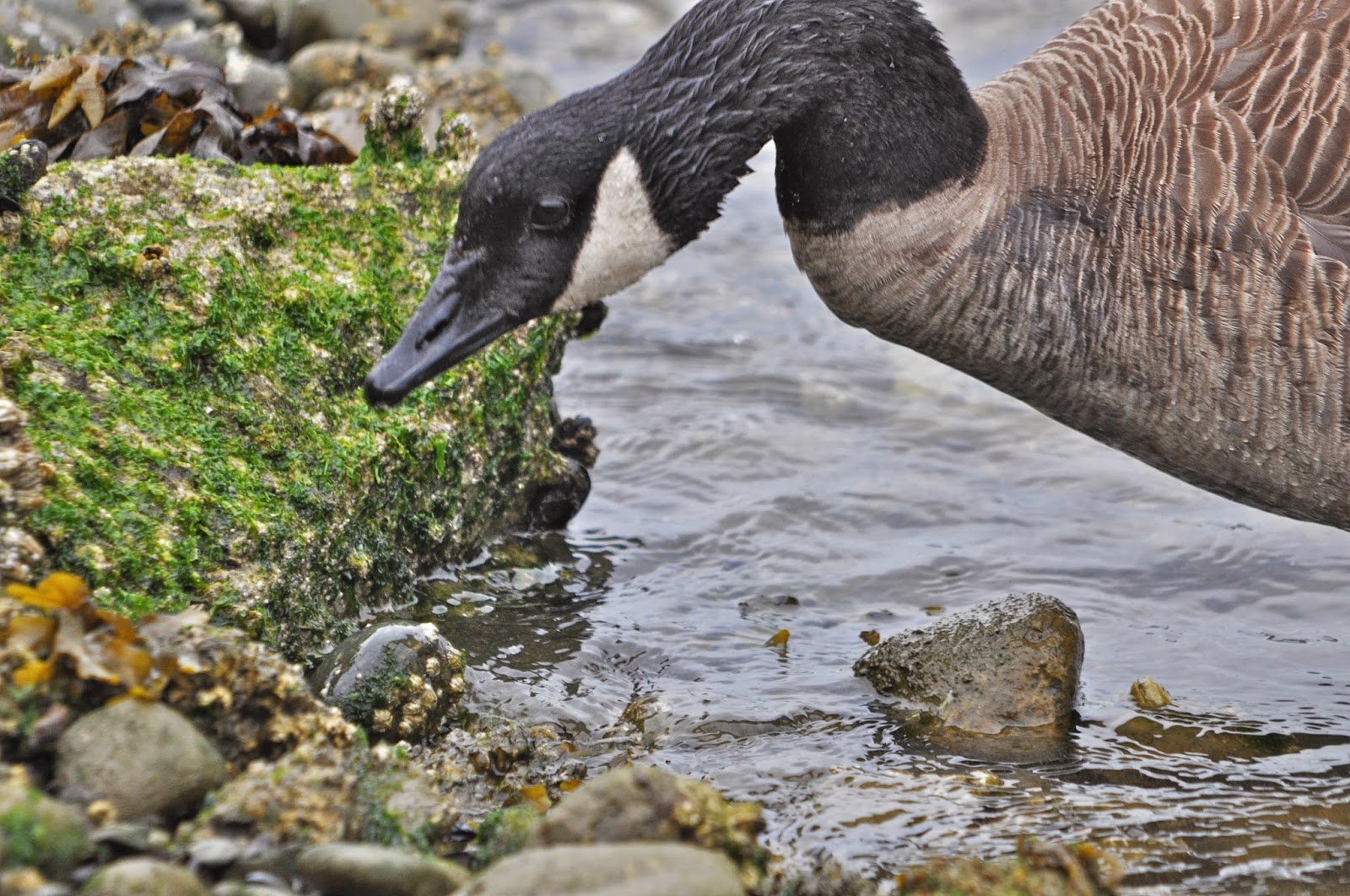 by choosing the only orangey vegetation along the shore for a meal.  I appreciated that :) 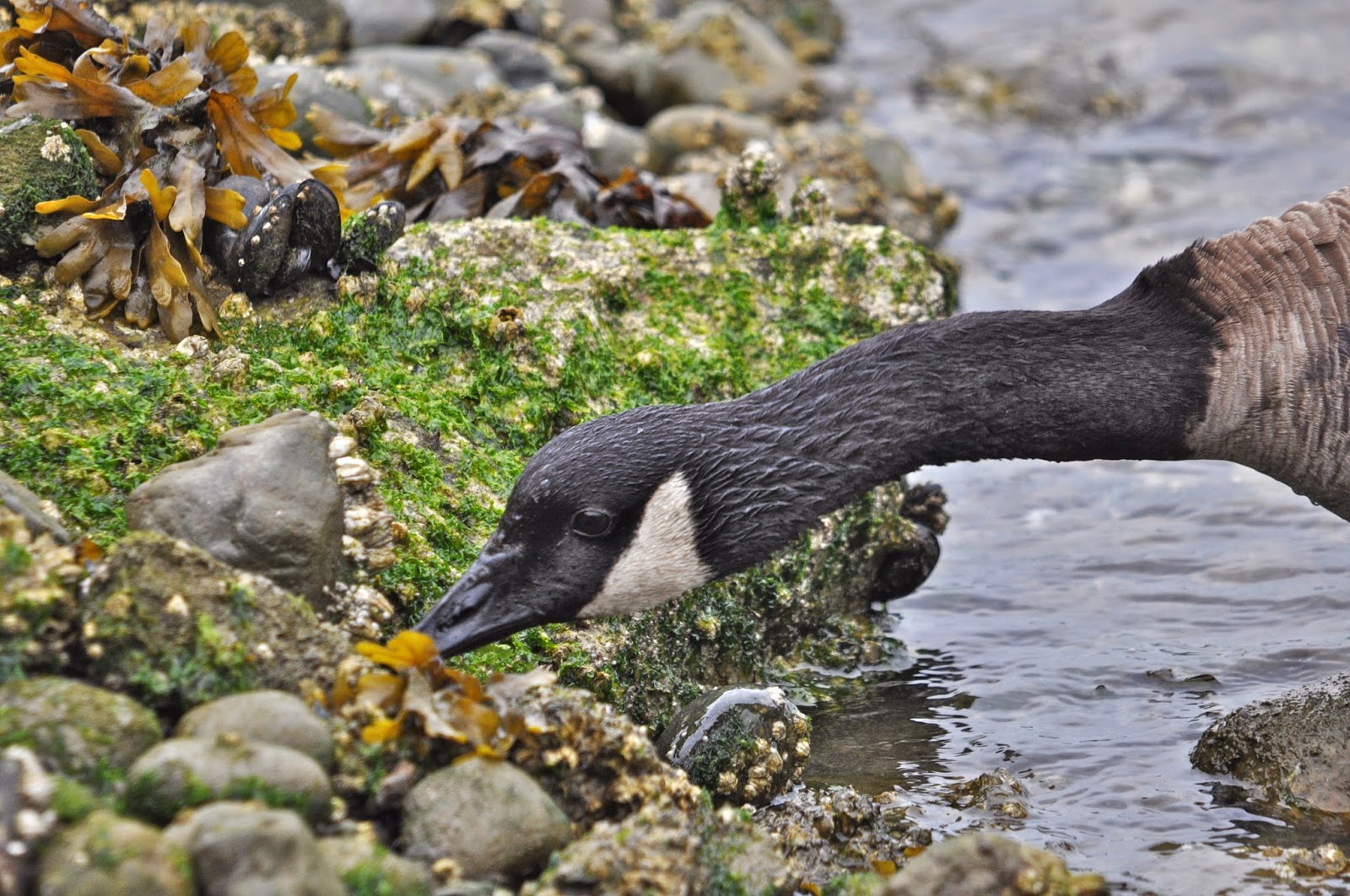 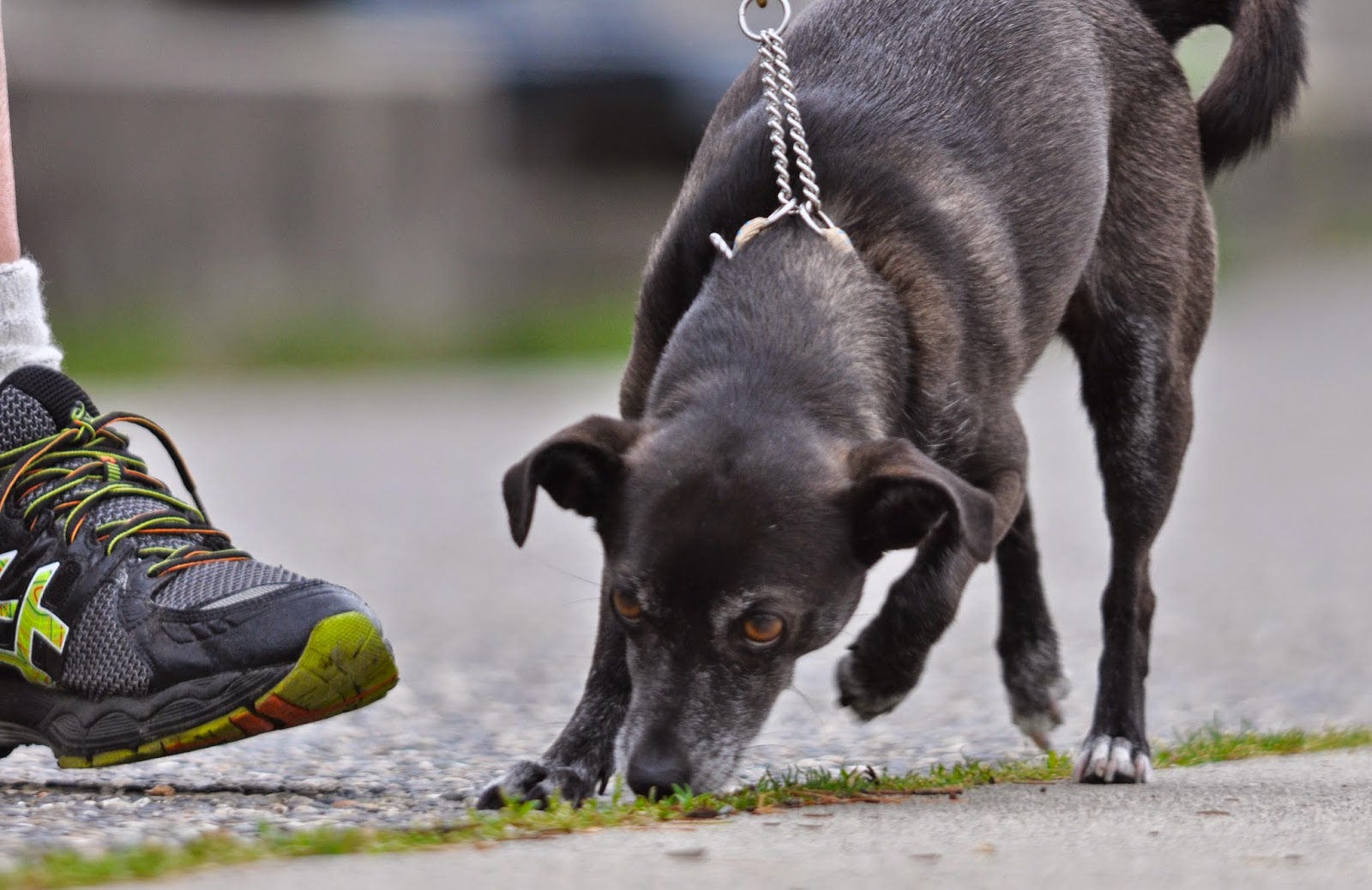 The orange in this background is a bit subtle but.. 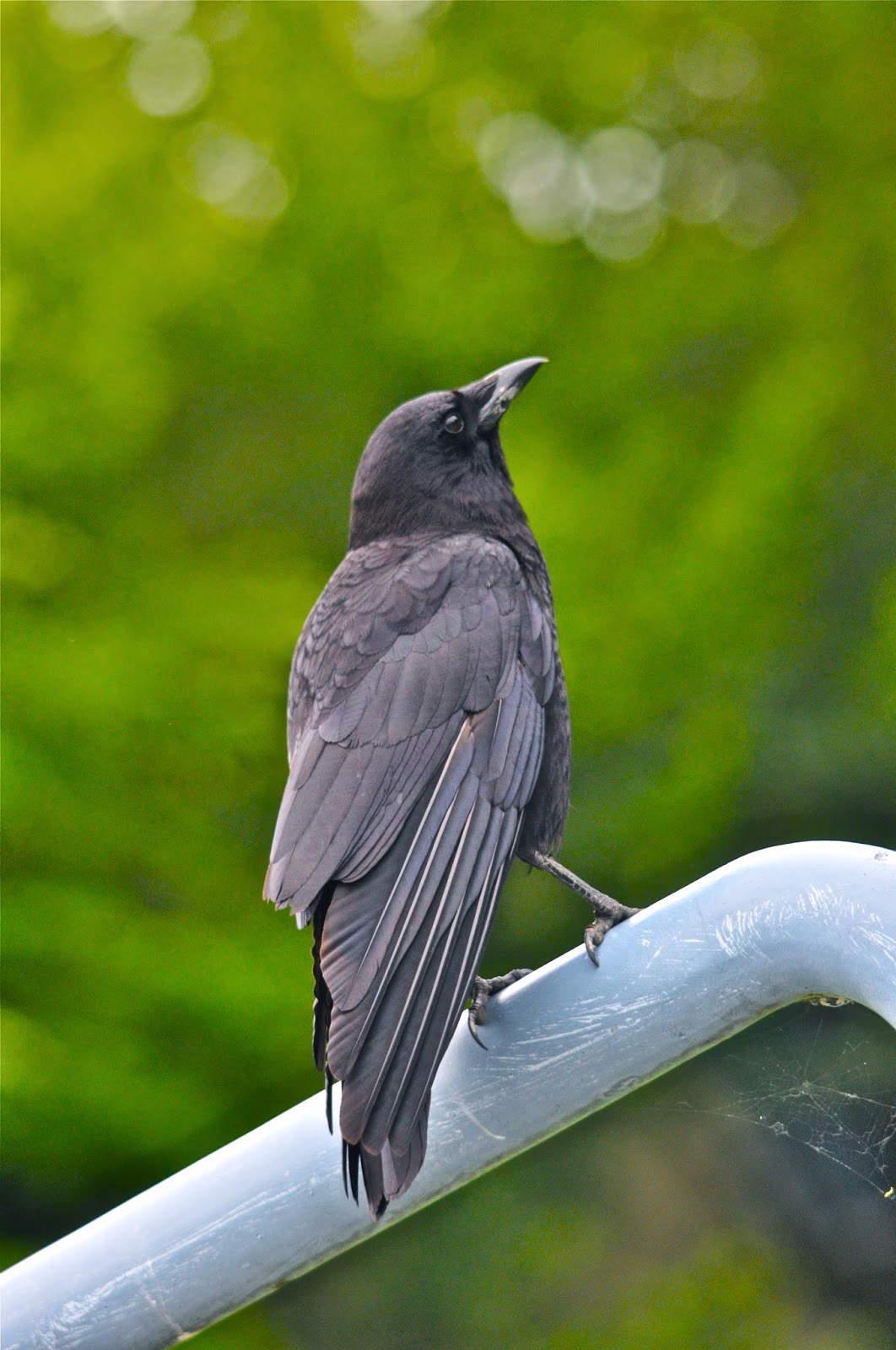 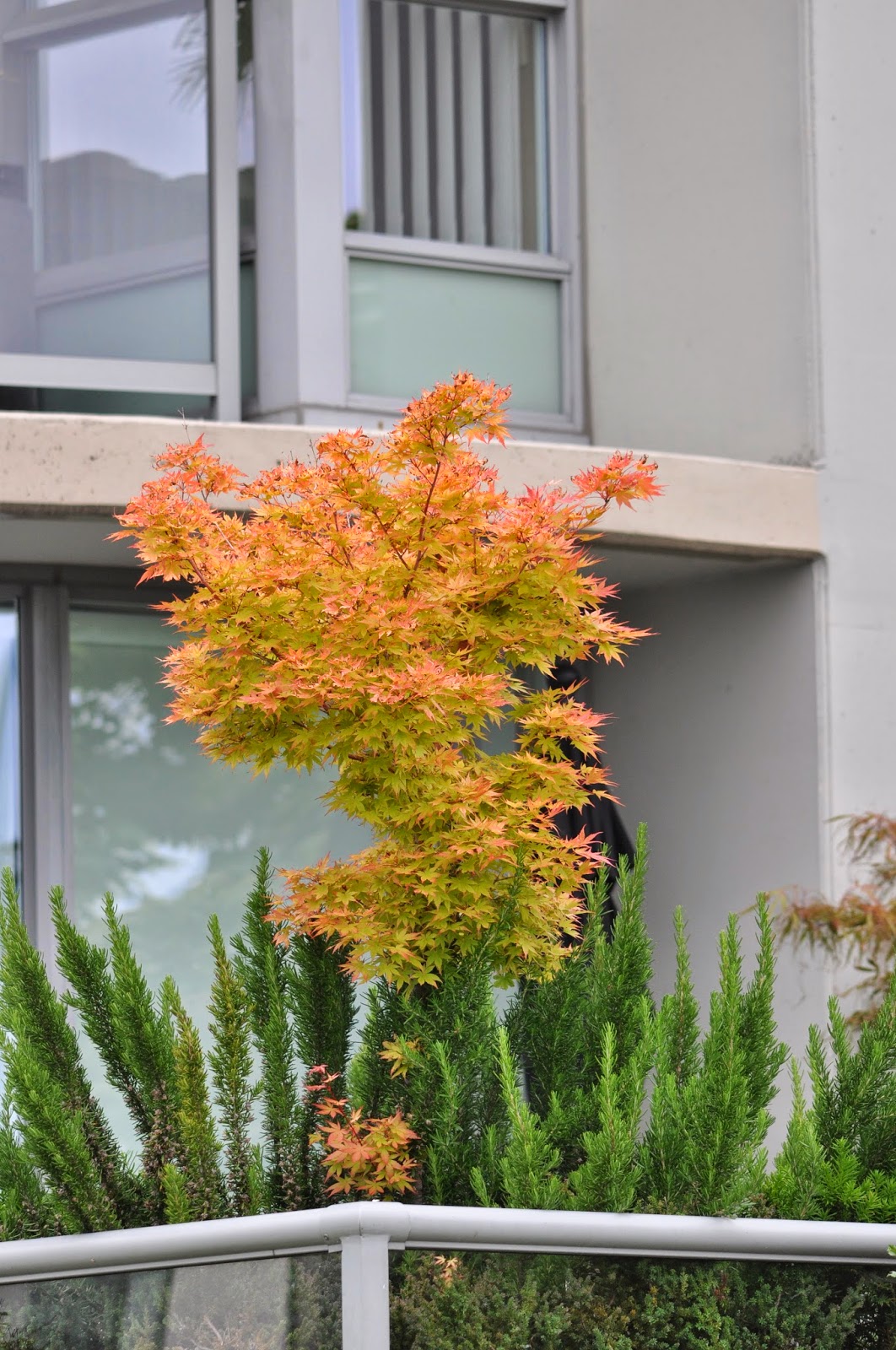 some flowers in a garden by False Creek.. 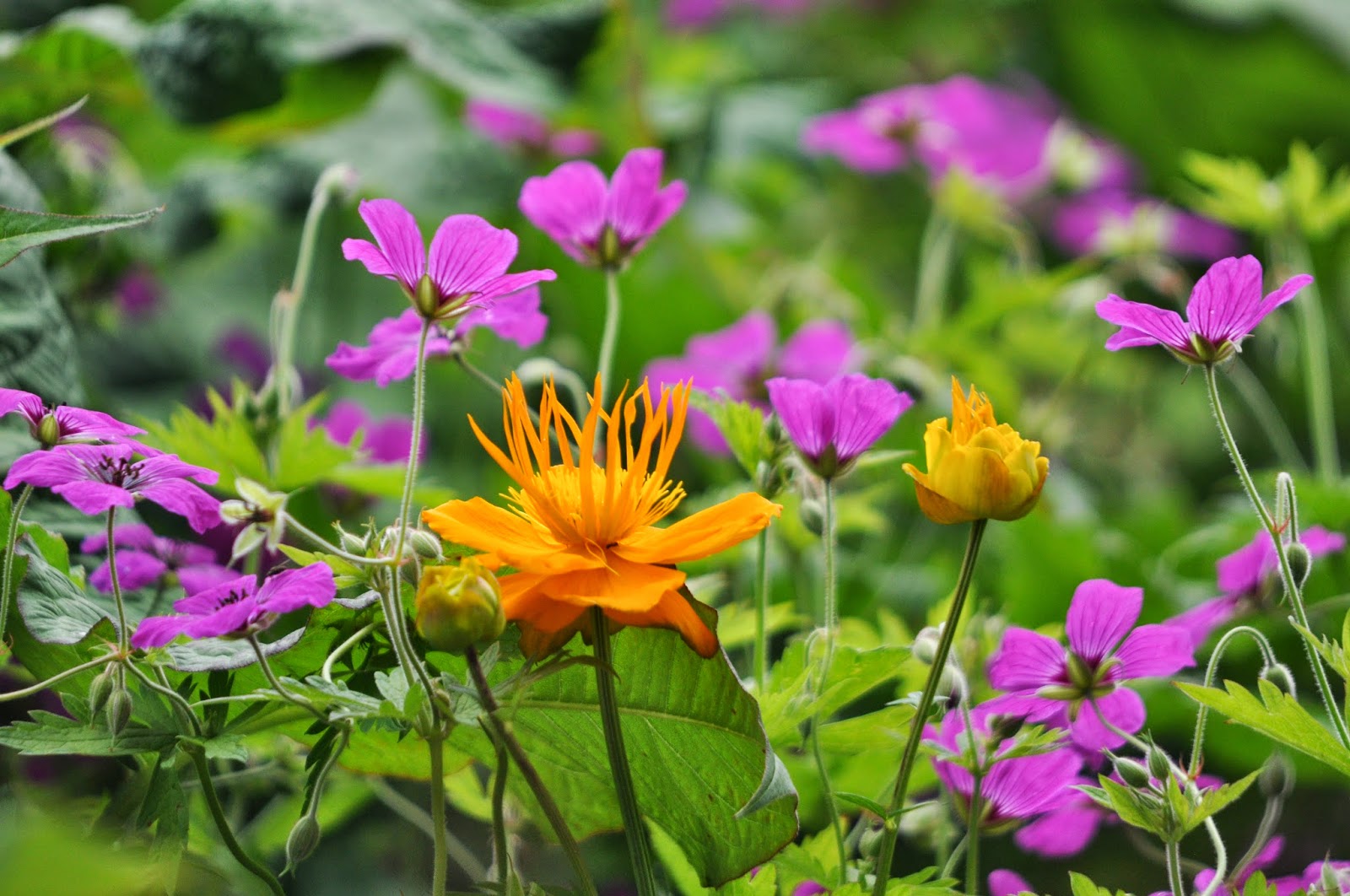 make up for that. 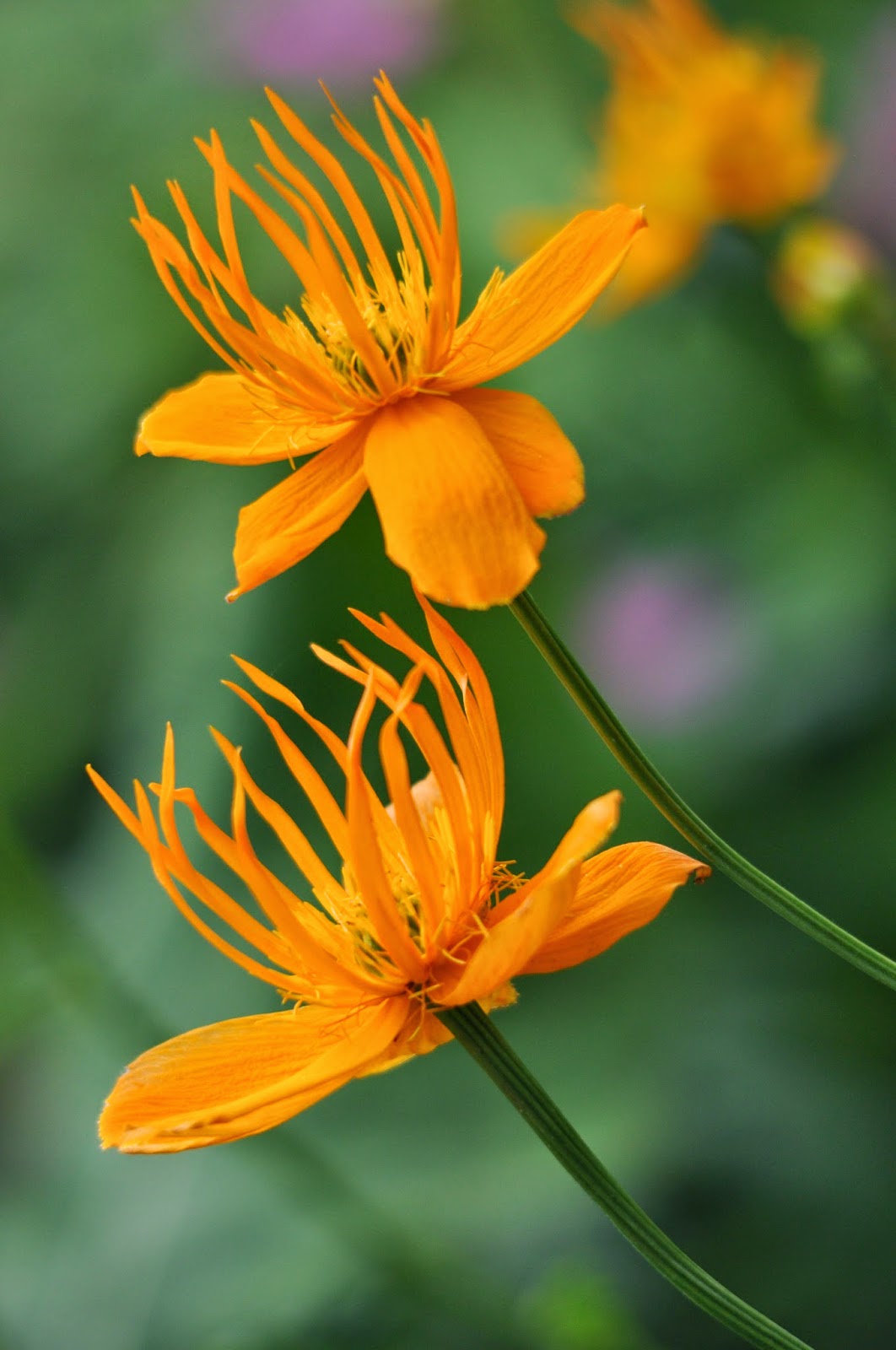 We saw this lady (obviously a photographer) on Pacific Street, 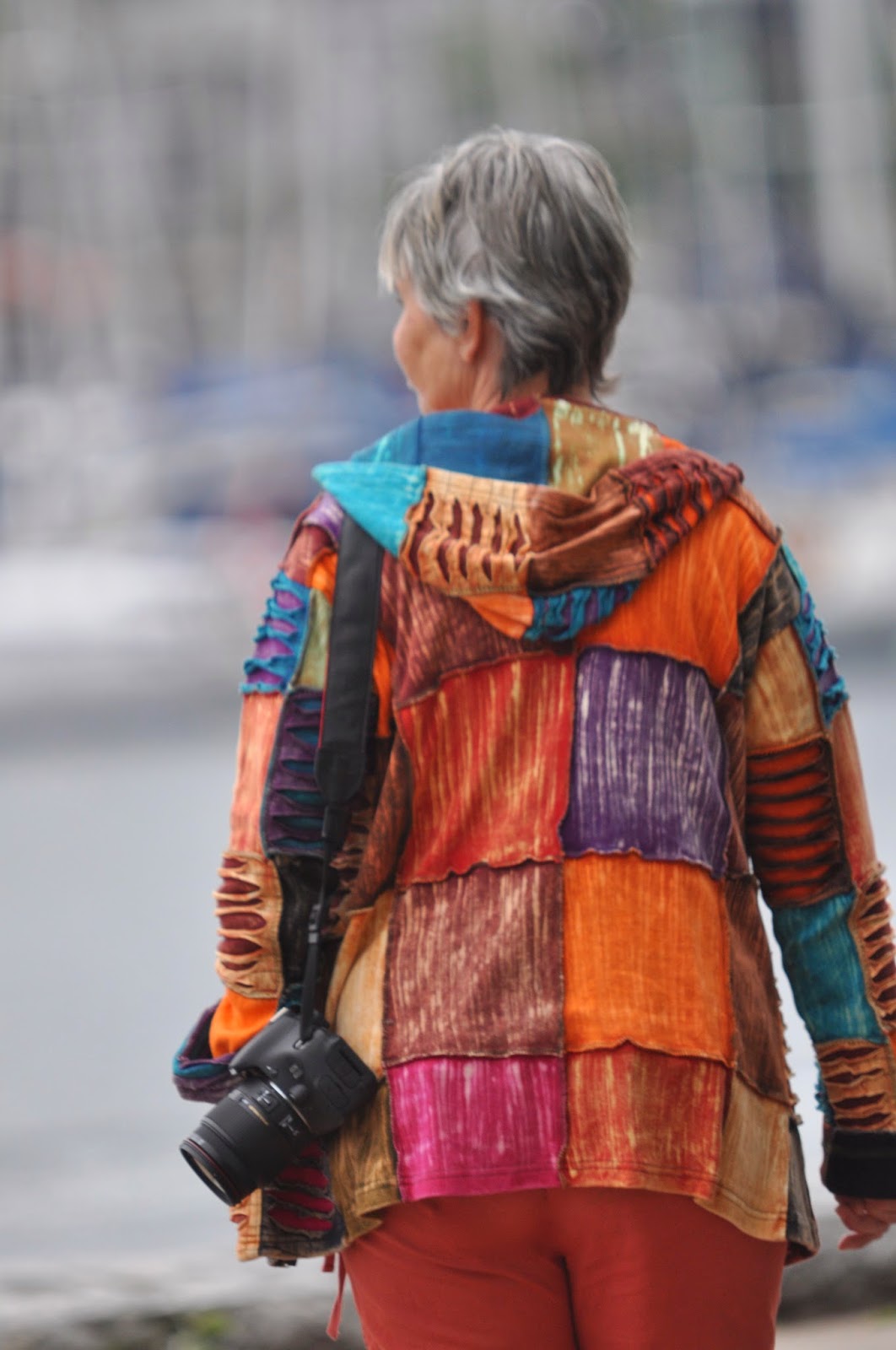 and this 4-month-old Jack Russell cross was on the walkway by False Creek. 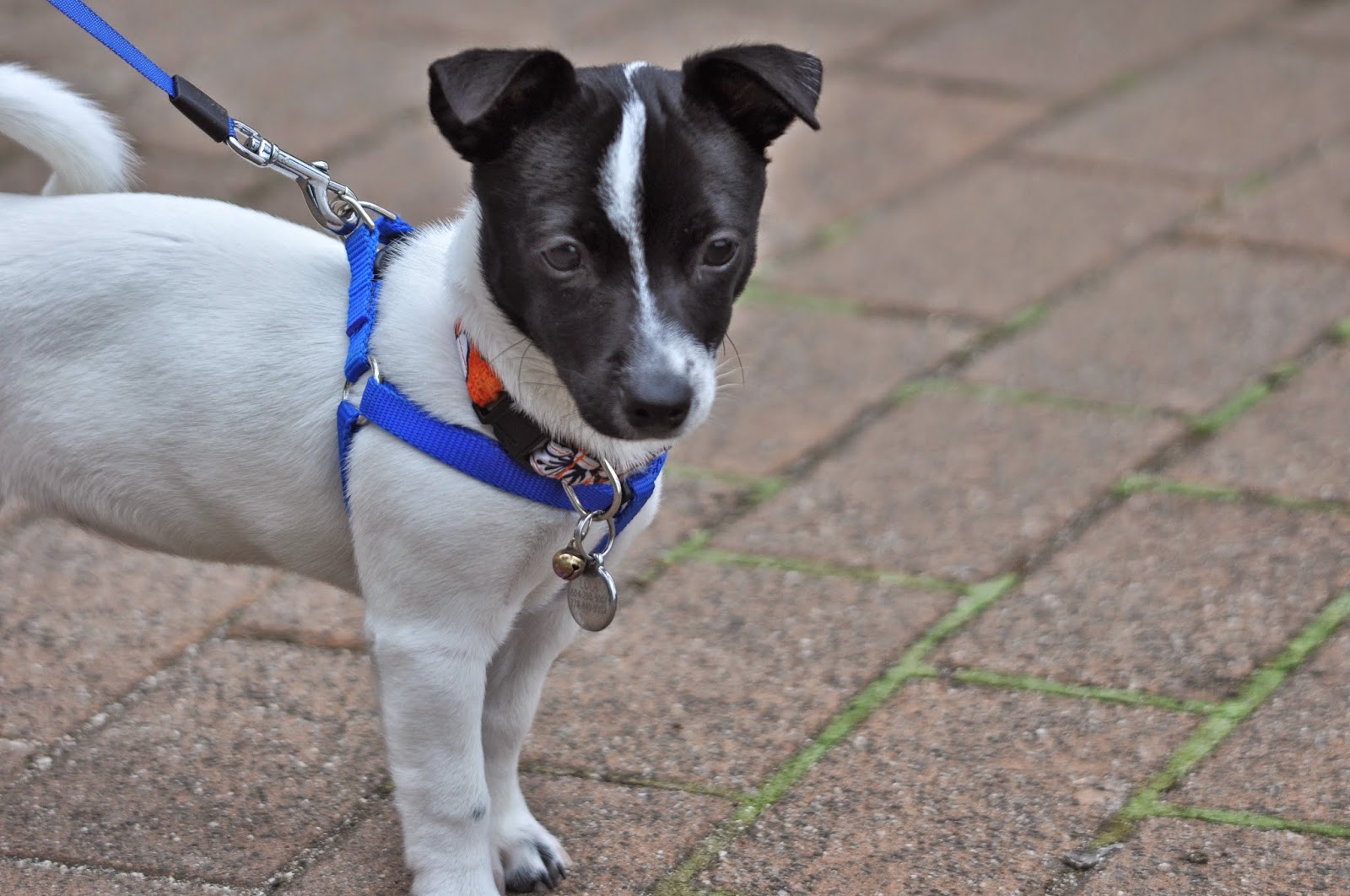 Her name is Lola. 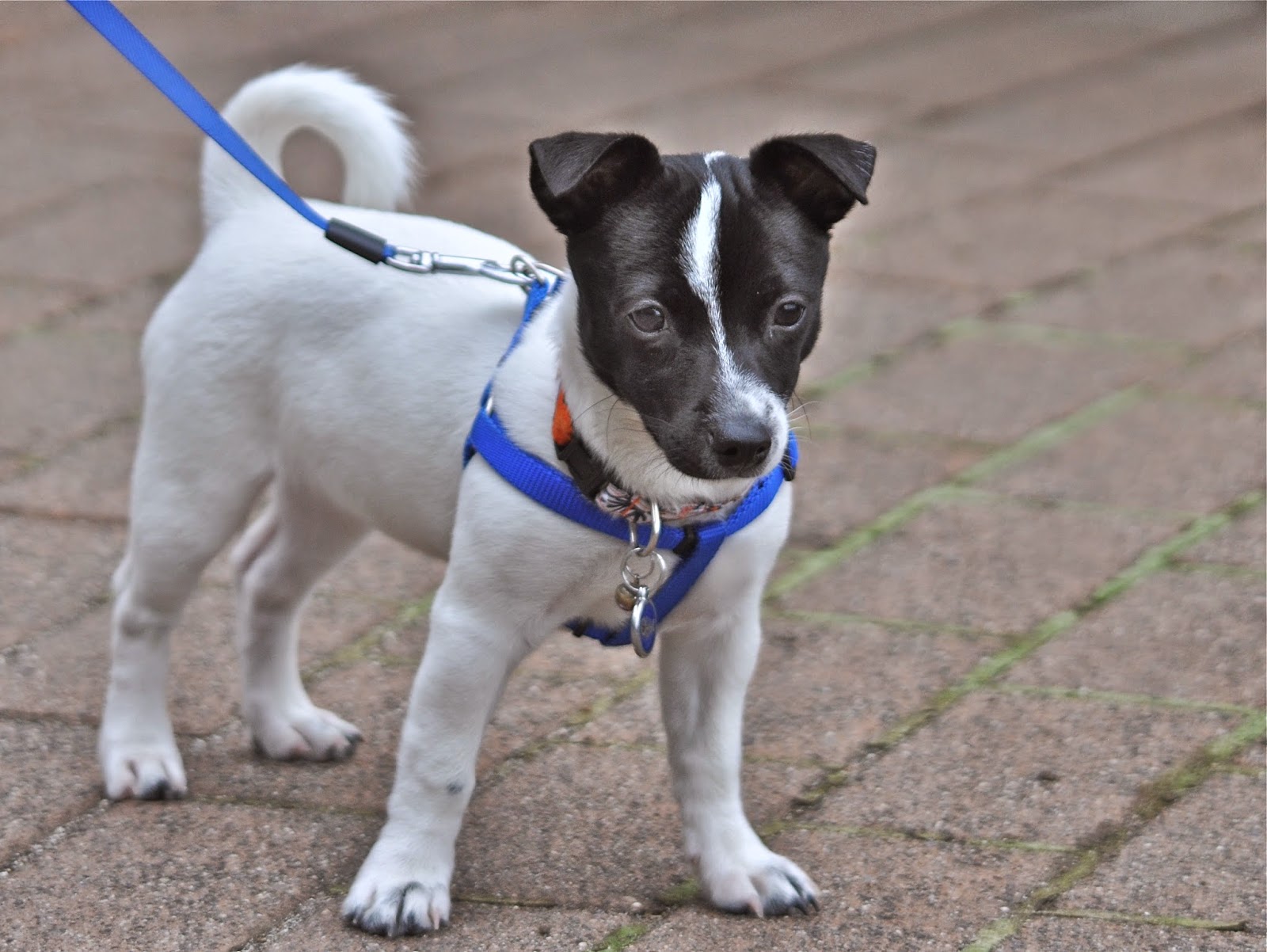 She wasn't interested in posing but preferred to get on with meeting us.  Her human told us that her collar was a gift, and given its colour, I thought so as well. 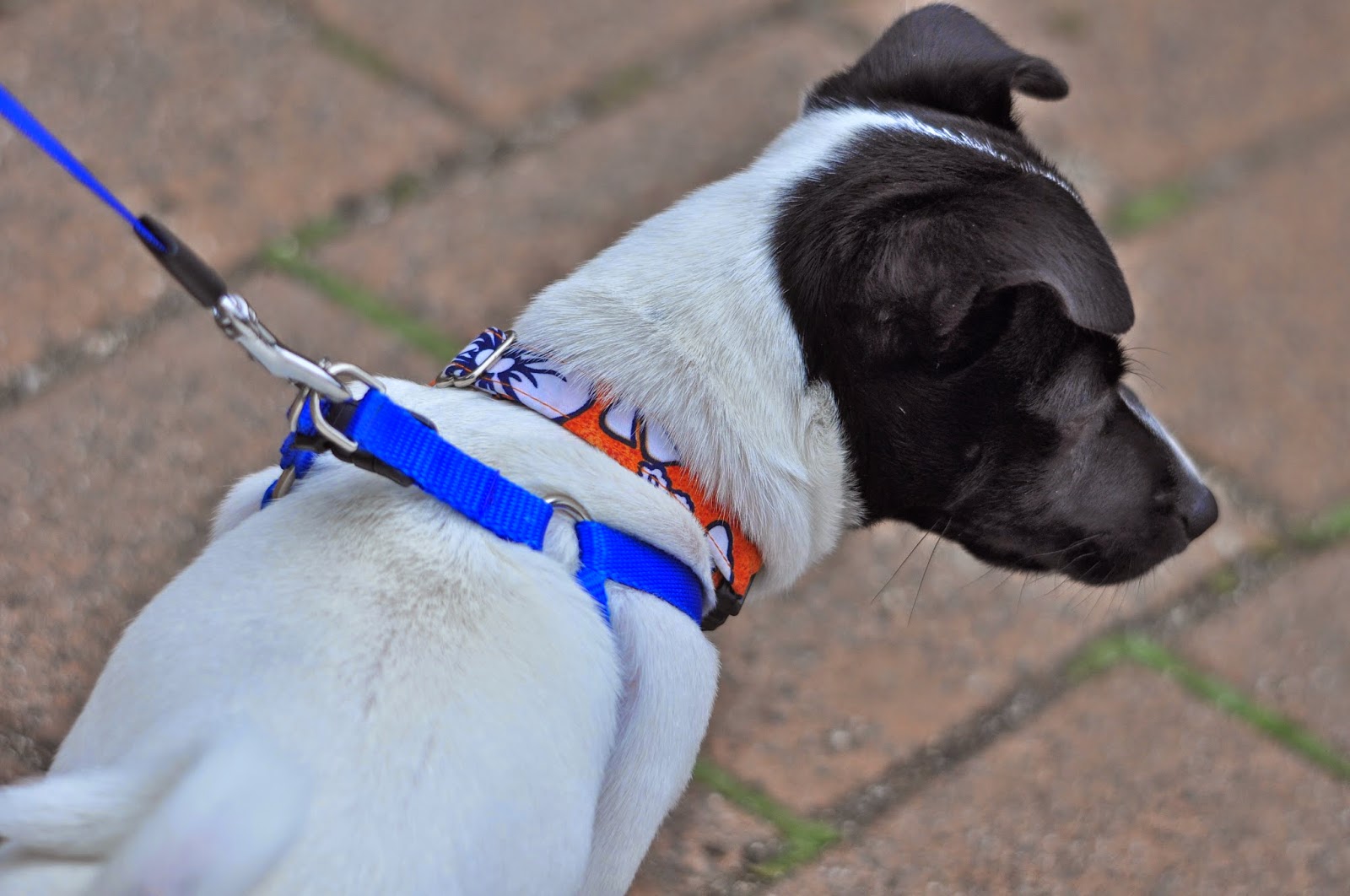 On our way to Harrison Galleries, the garden across Pacific Street seemed especially orange.  That probably escaped the walking/texting human but I think his dogs noticed. 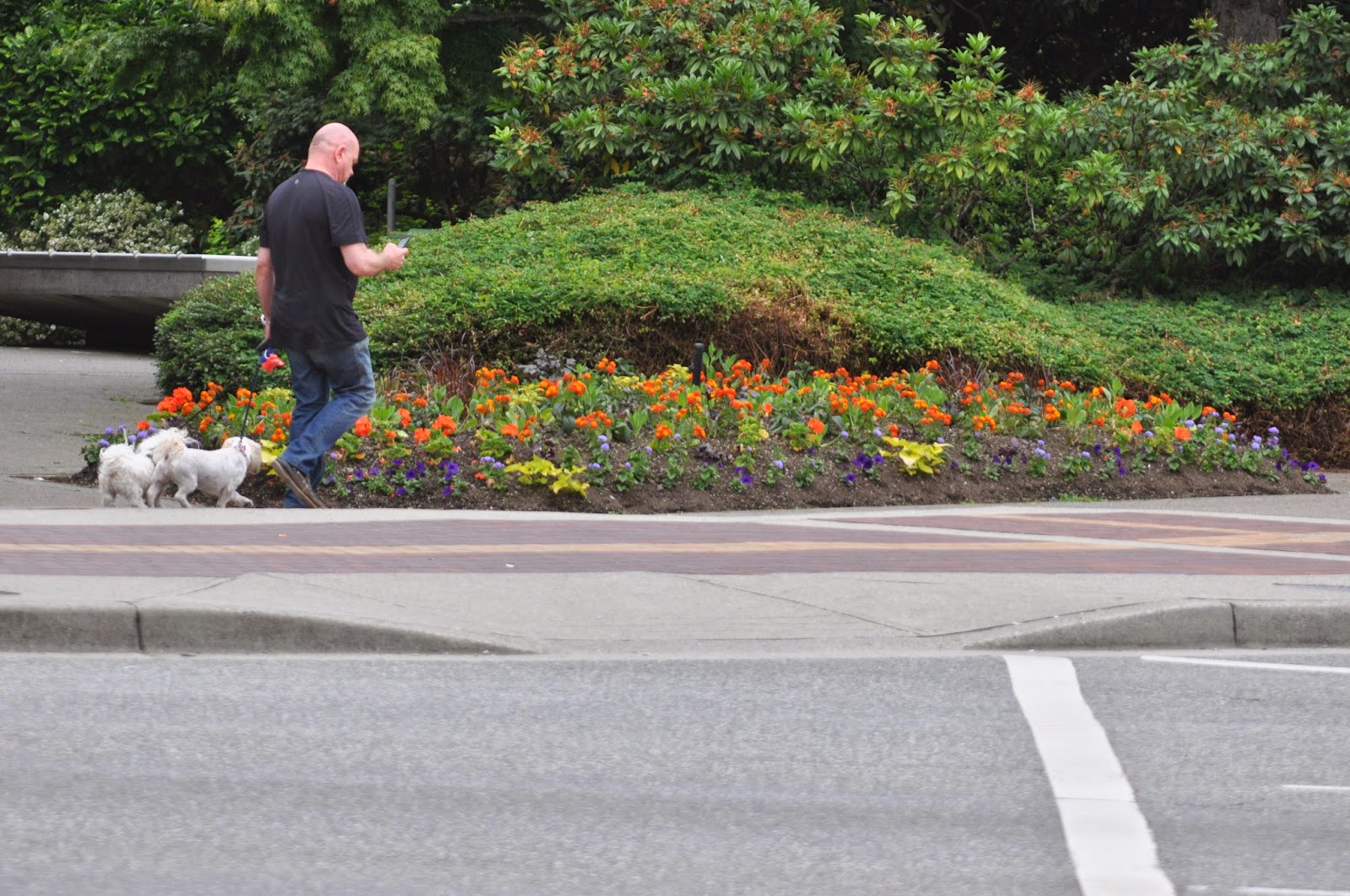 This pigeon's orangey feet and eyes were fun, but what I loved most was the dance. 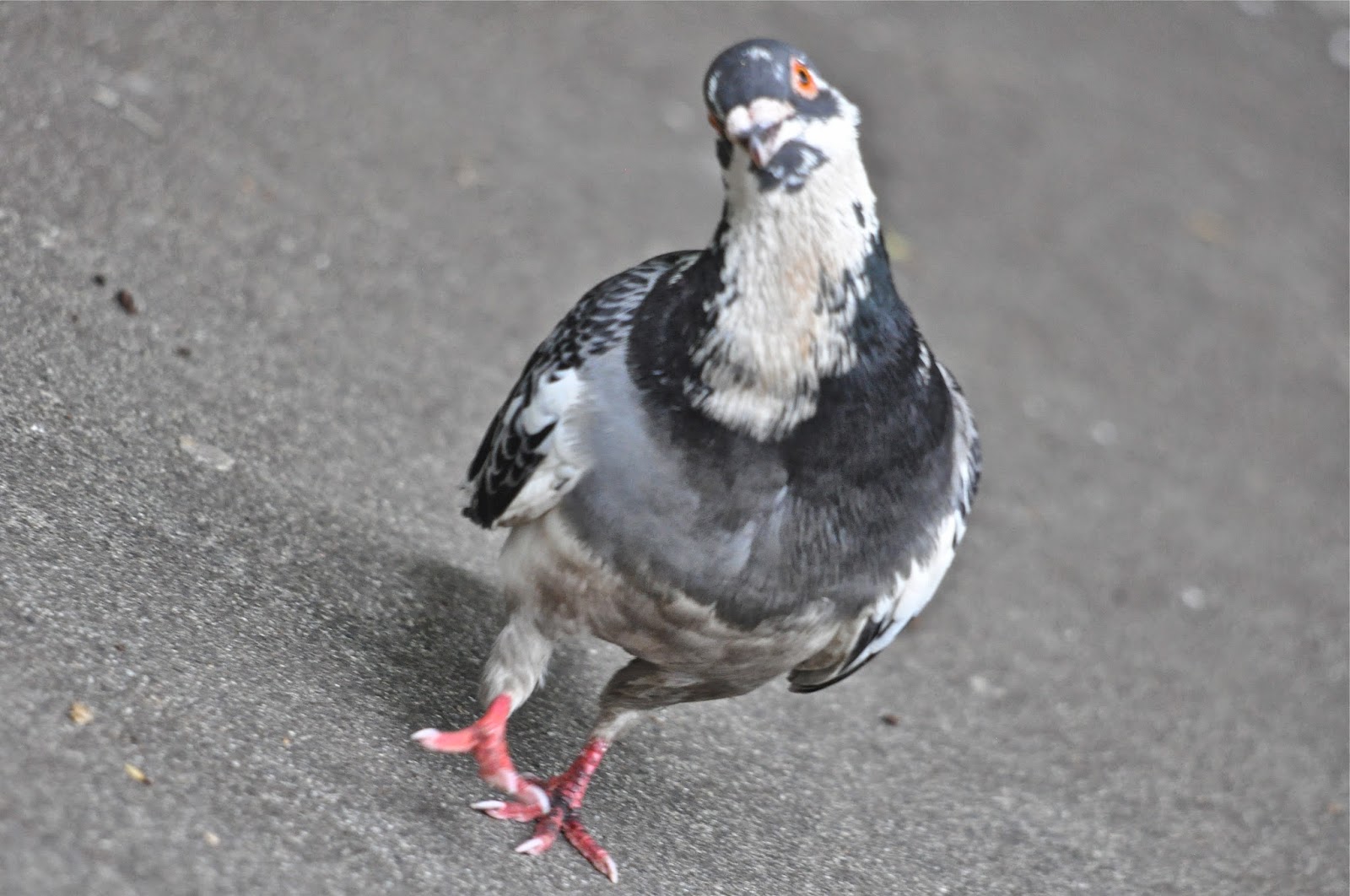 I am one of those people who find pigeons beautiful.  Bill noticed this one at the top of a tree. A bit "iffy" on the orange but I'll give the feet and eyes the benefit of the doubt. 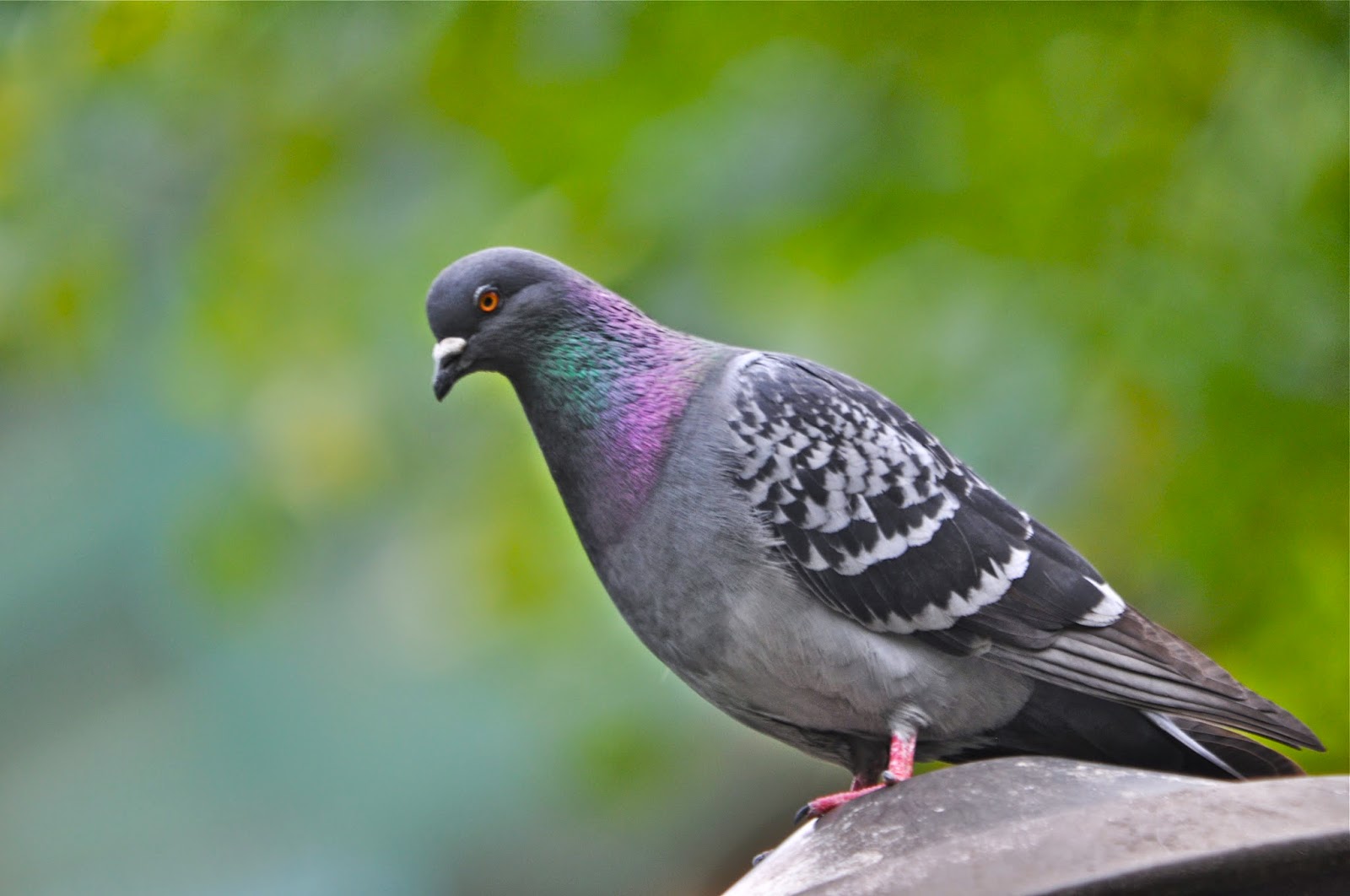 There is always orange to be found at Harrison Galleries.  I love H.M. Saffer's work; his bio will leave you wondering how any one person could excell in so many fields.  This oil on canvas is called Sunflower Sunset. 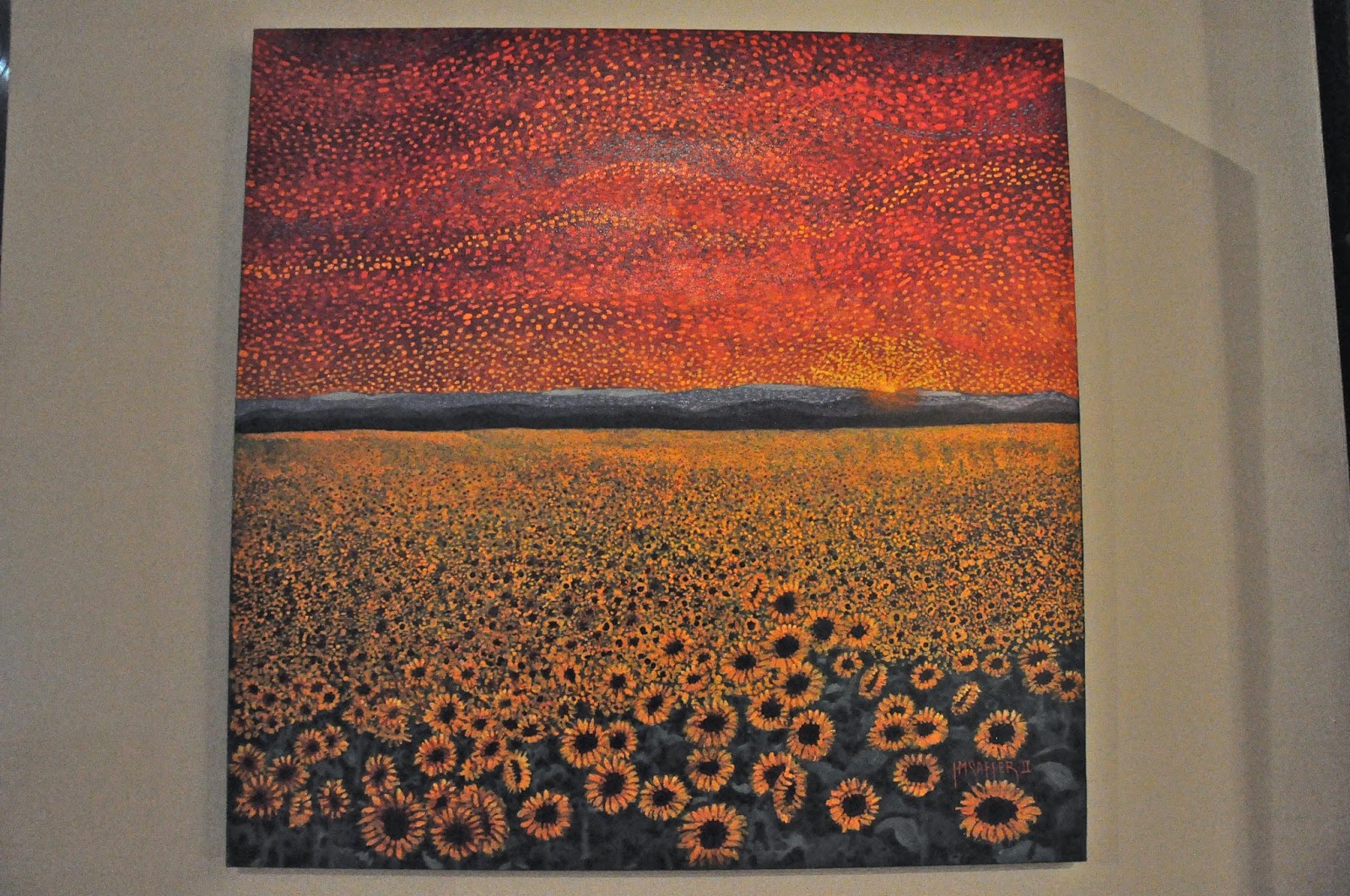 This untitled 4-panel watercolour by John Lin was also a favourite yesterday. 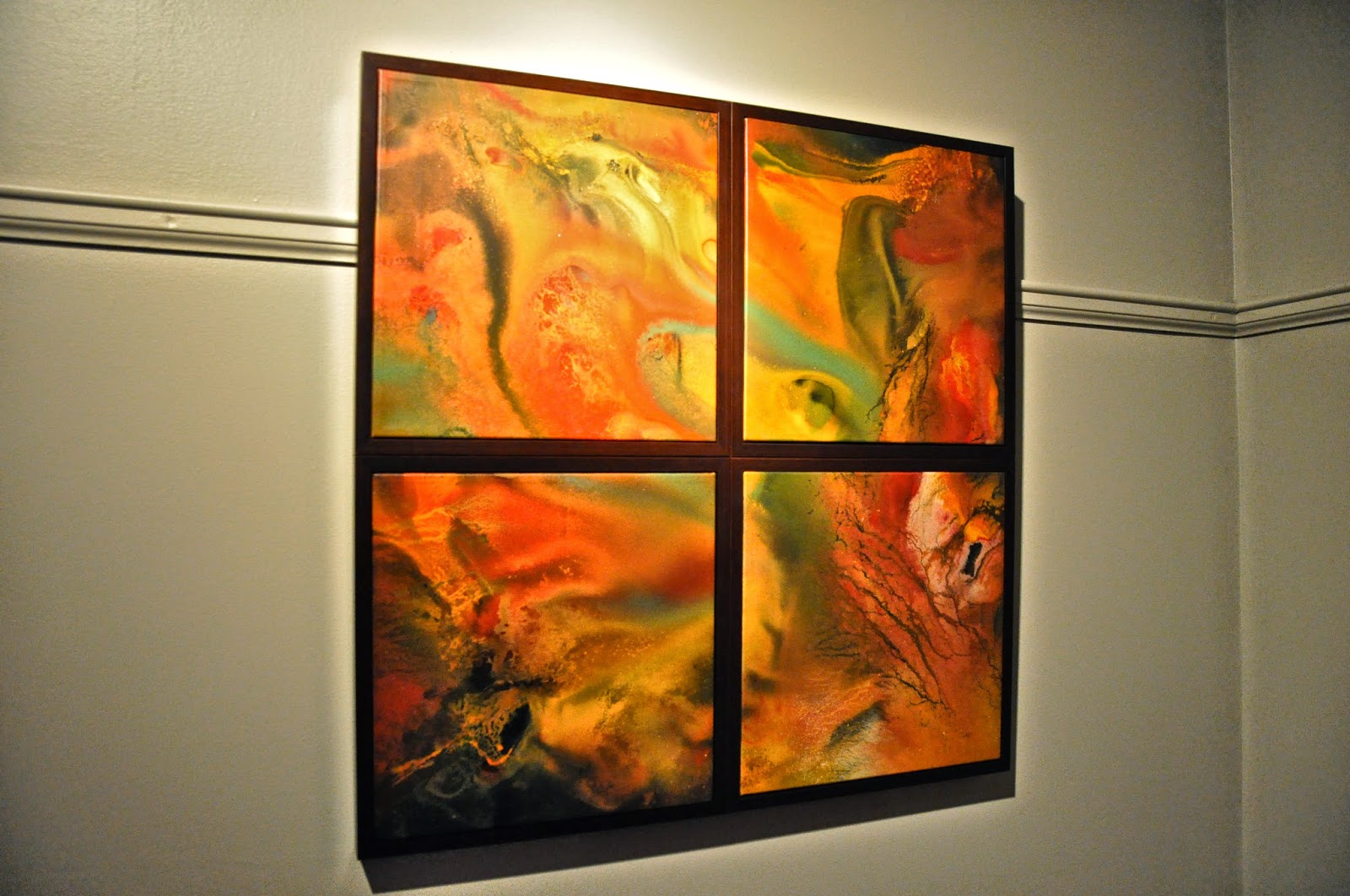 And finally, Bill and I were watching soccer replays on the news yesterday.  I snapped a photo from the television screen that didn't achieve the original goal, but I rather like it anyway. It certainly has lots of orange content, but just in case you yearn to see more orange captures from around the world, perhaps you will take some time to check out Maria's meme.  Thanks for reading, everyone.  And..  happy Friday!