Two posts in one day, this one linking to  TexWisGirl's Good Fences meme.  Vancouver's Yaletown fences are completely different from the ones we might see on huge farm or ranch properties but they have their own charm.  In fact, one of the best aspects of her meme is the attention it has drawn to the many styles and functions of fences in our neighbourhood.  Thanks, Theresa!

Christmas lights on a fence-hedge combo. 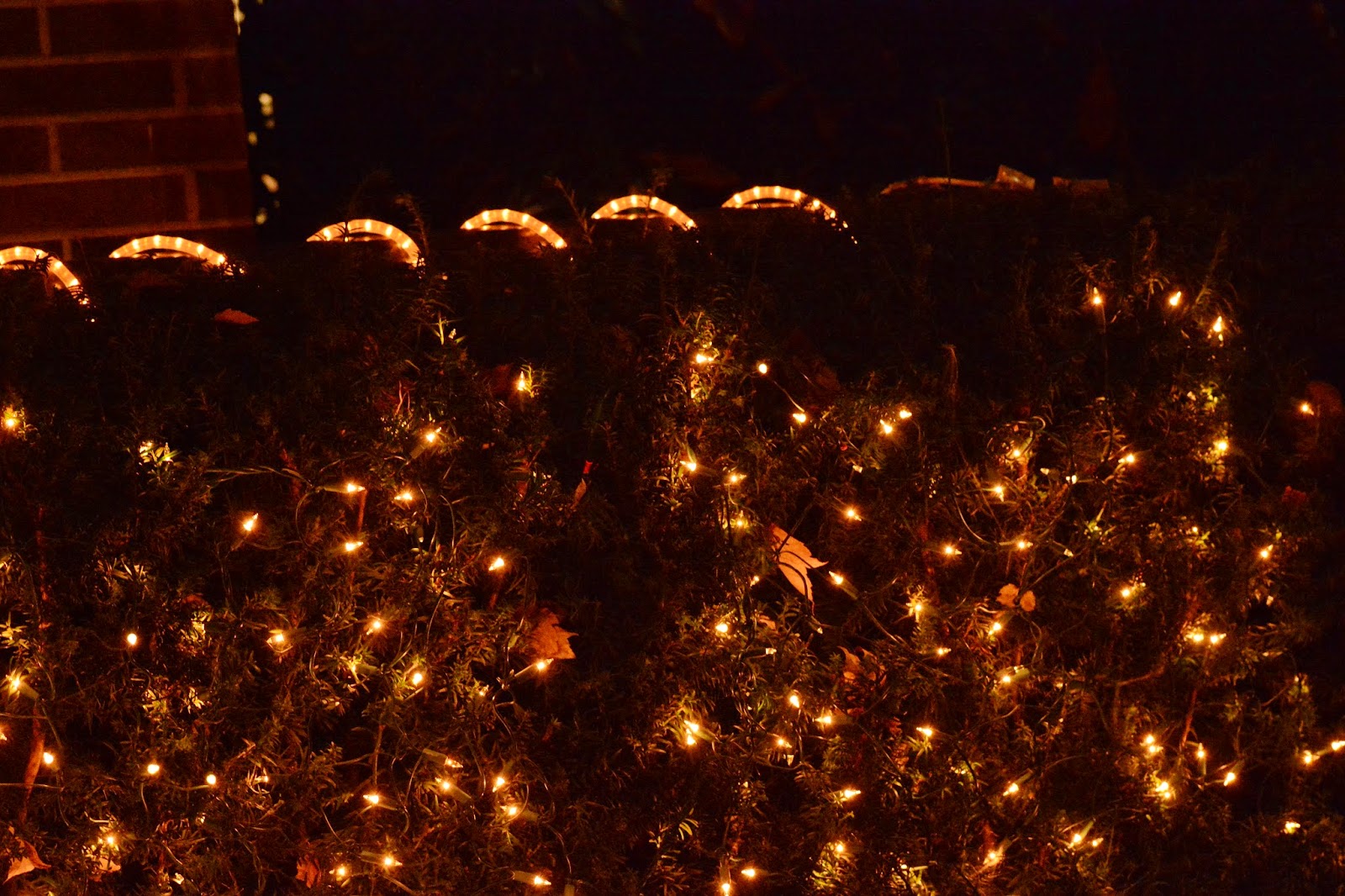 A fence around a heritage home.. 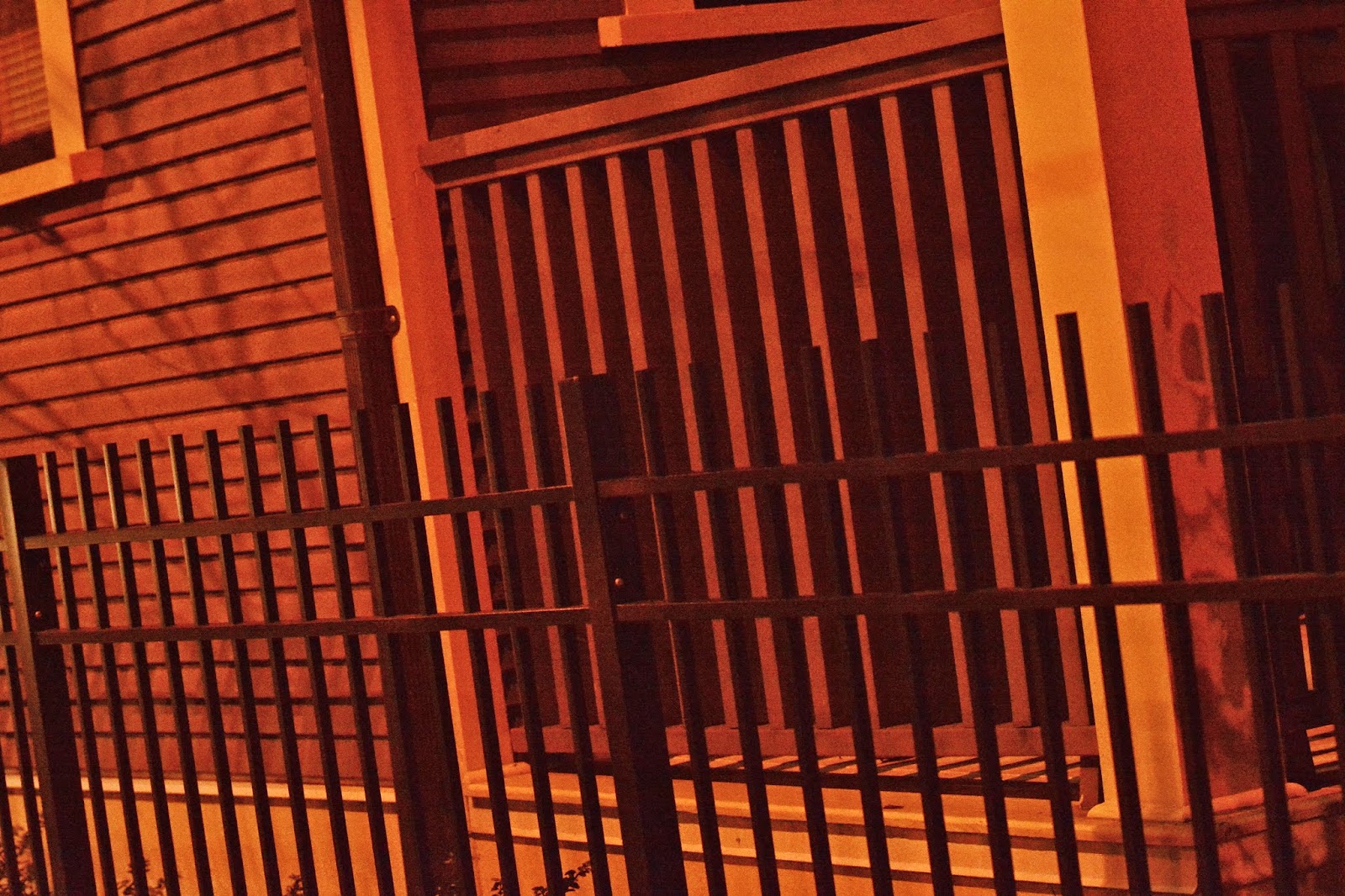 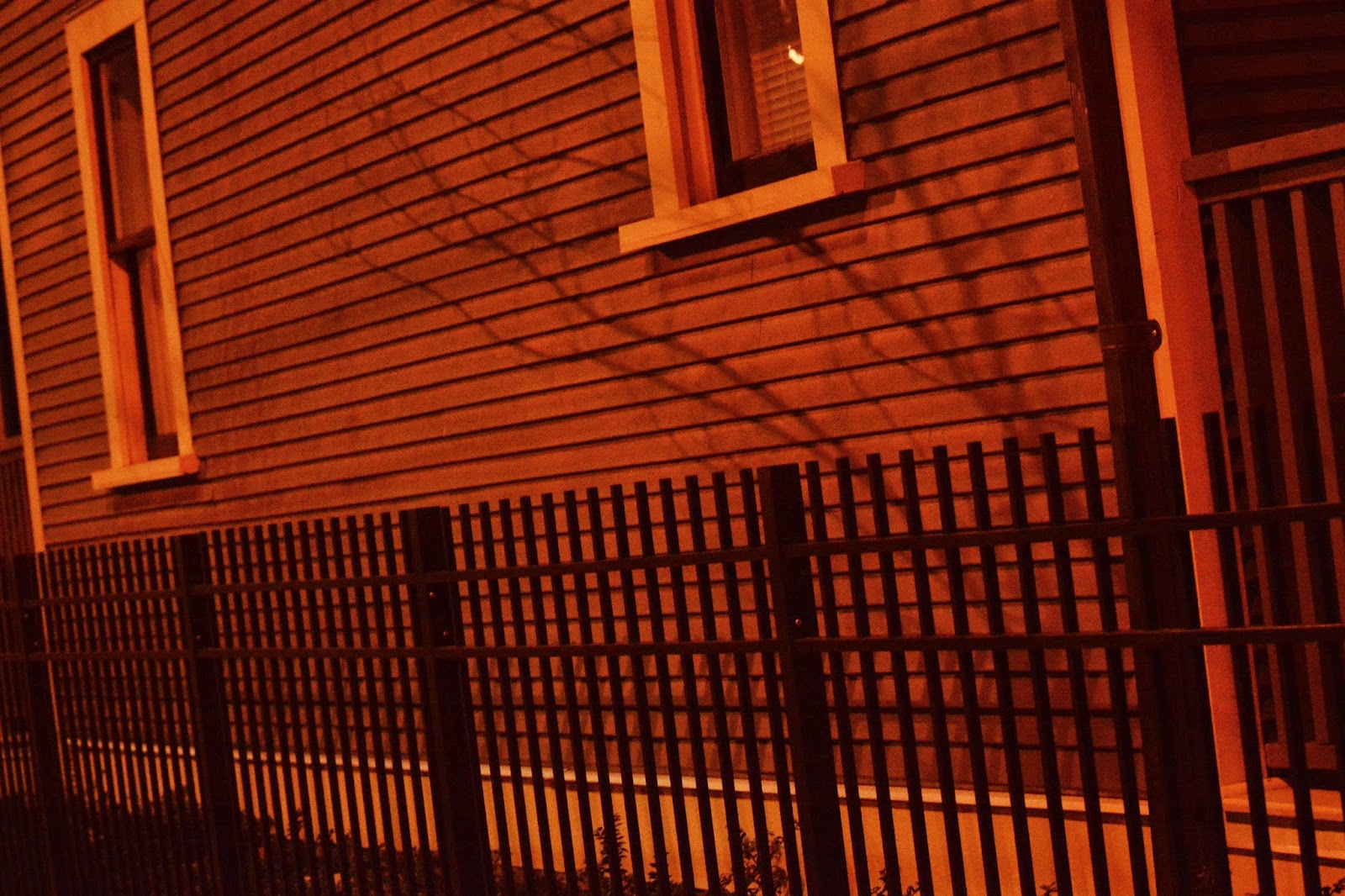 The reflection of a fence.. 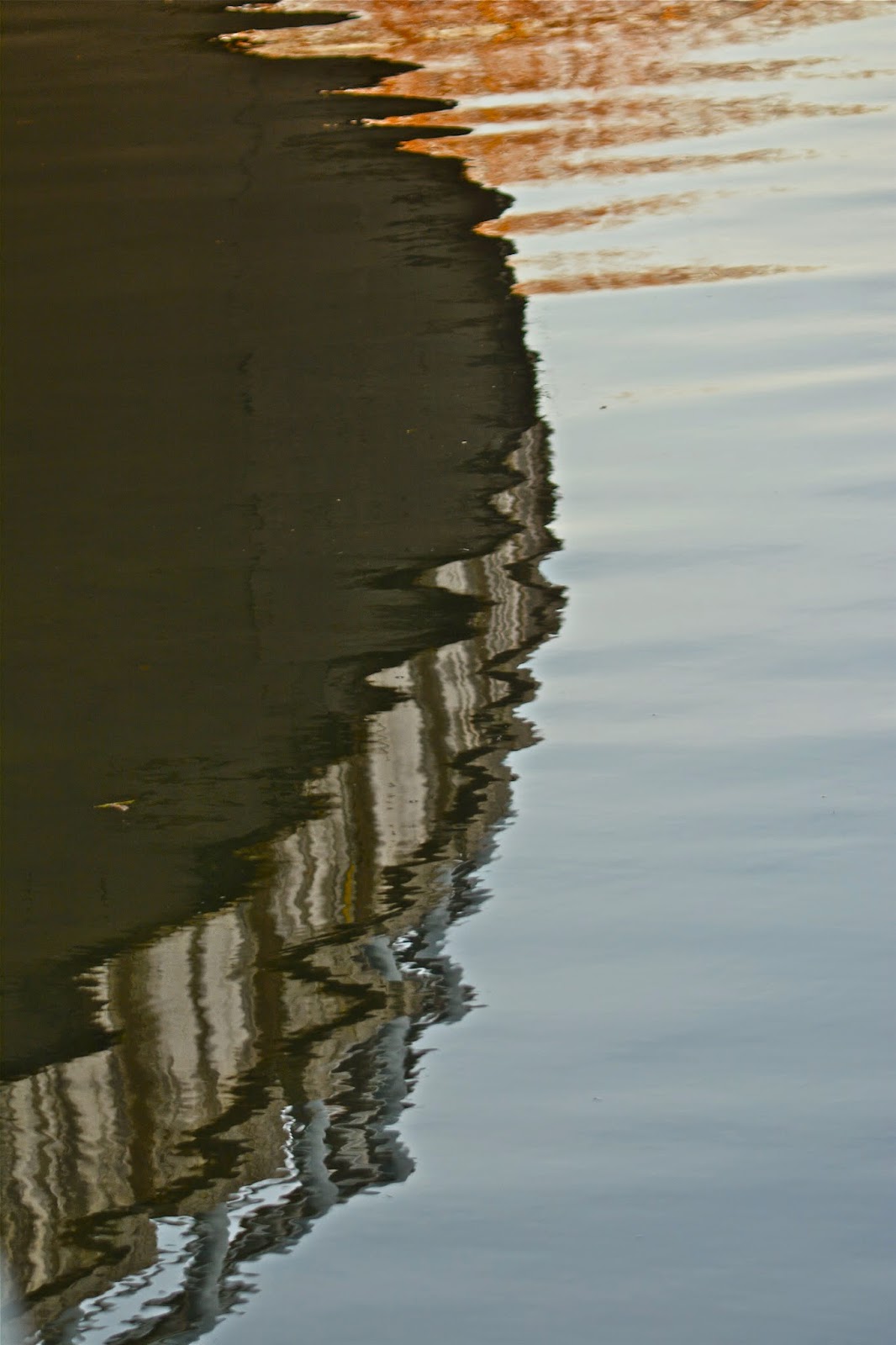 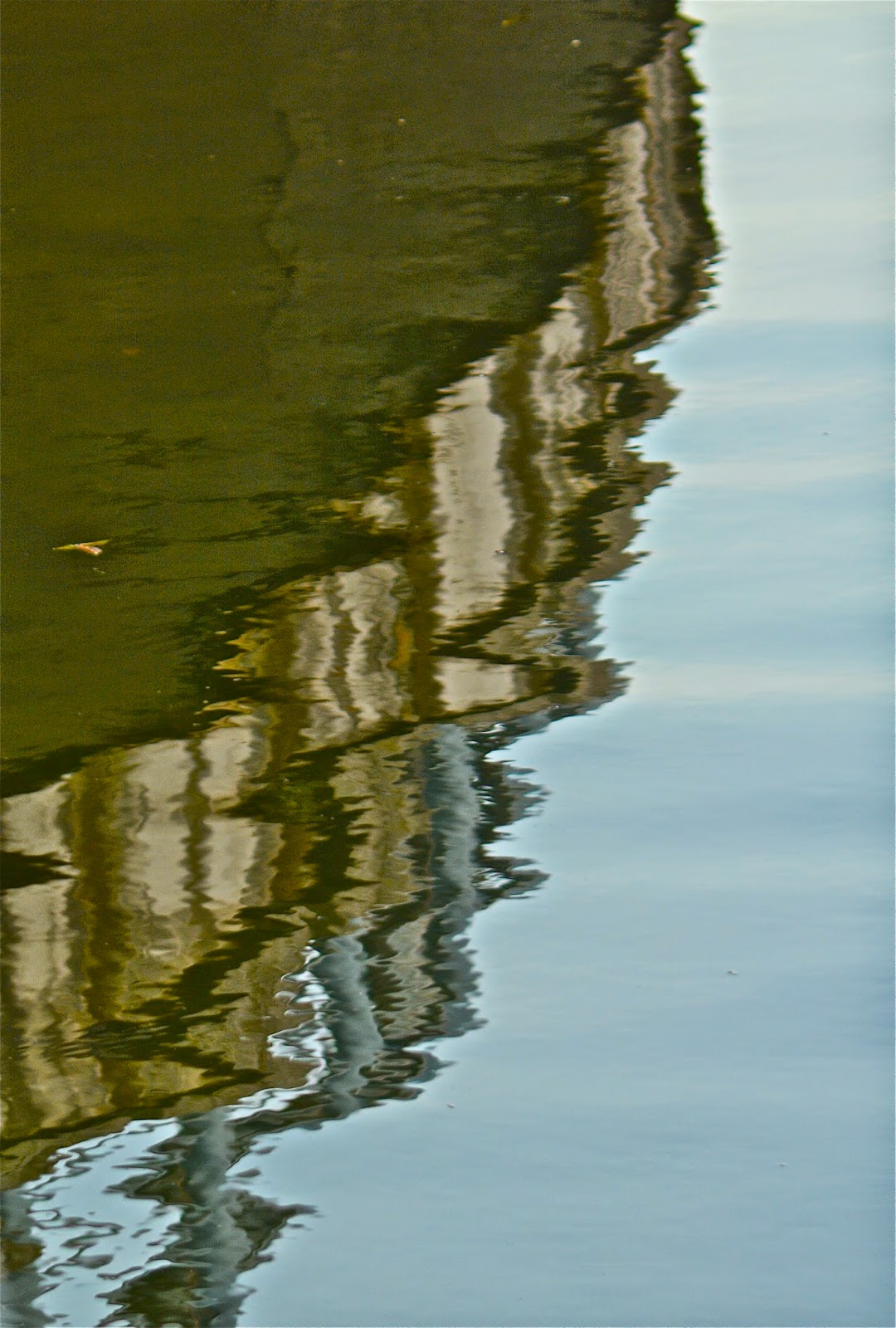 A balcony railing seen from our 8th floor apartment window changing from red-mauve.. 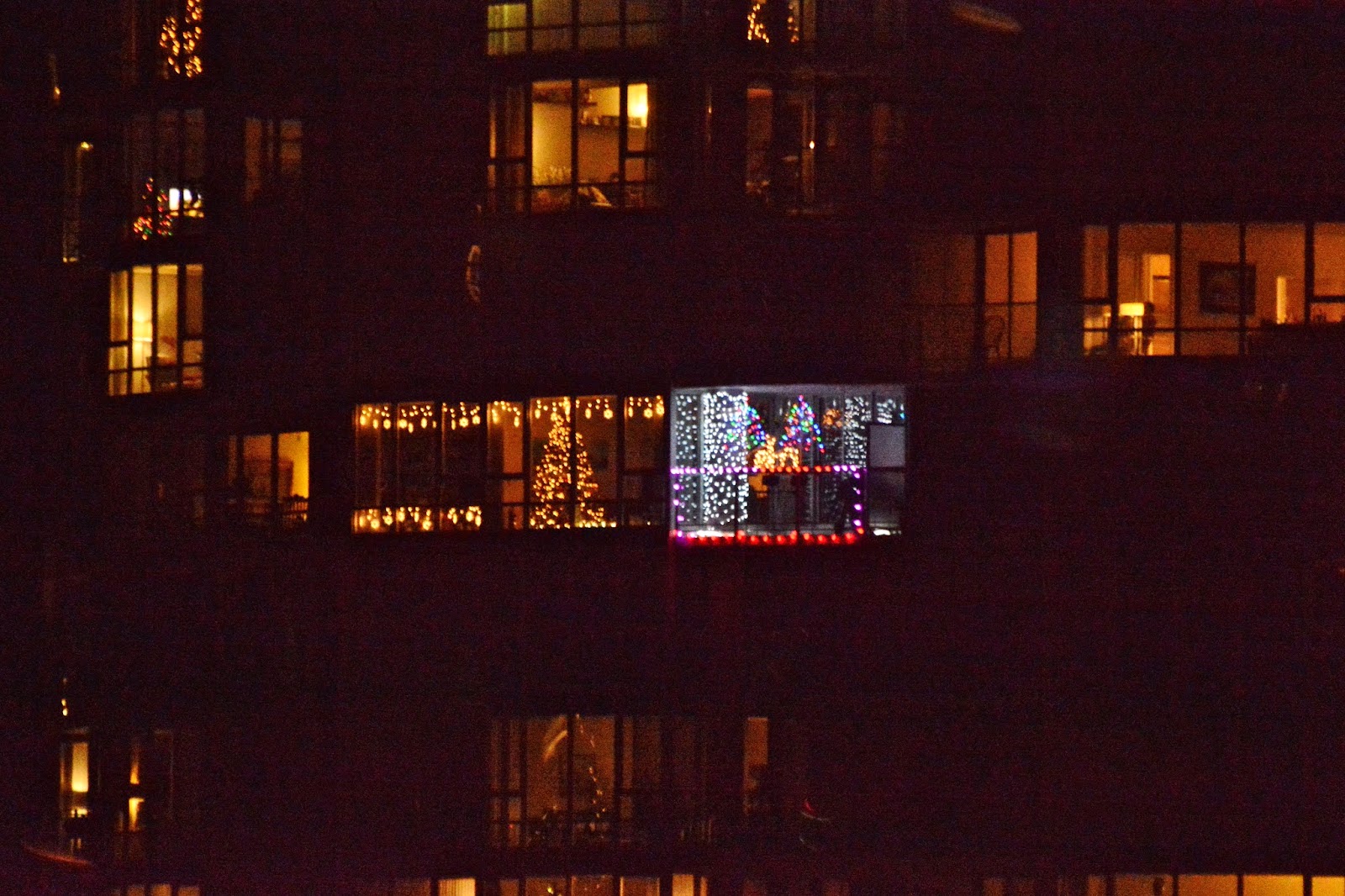 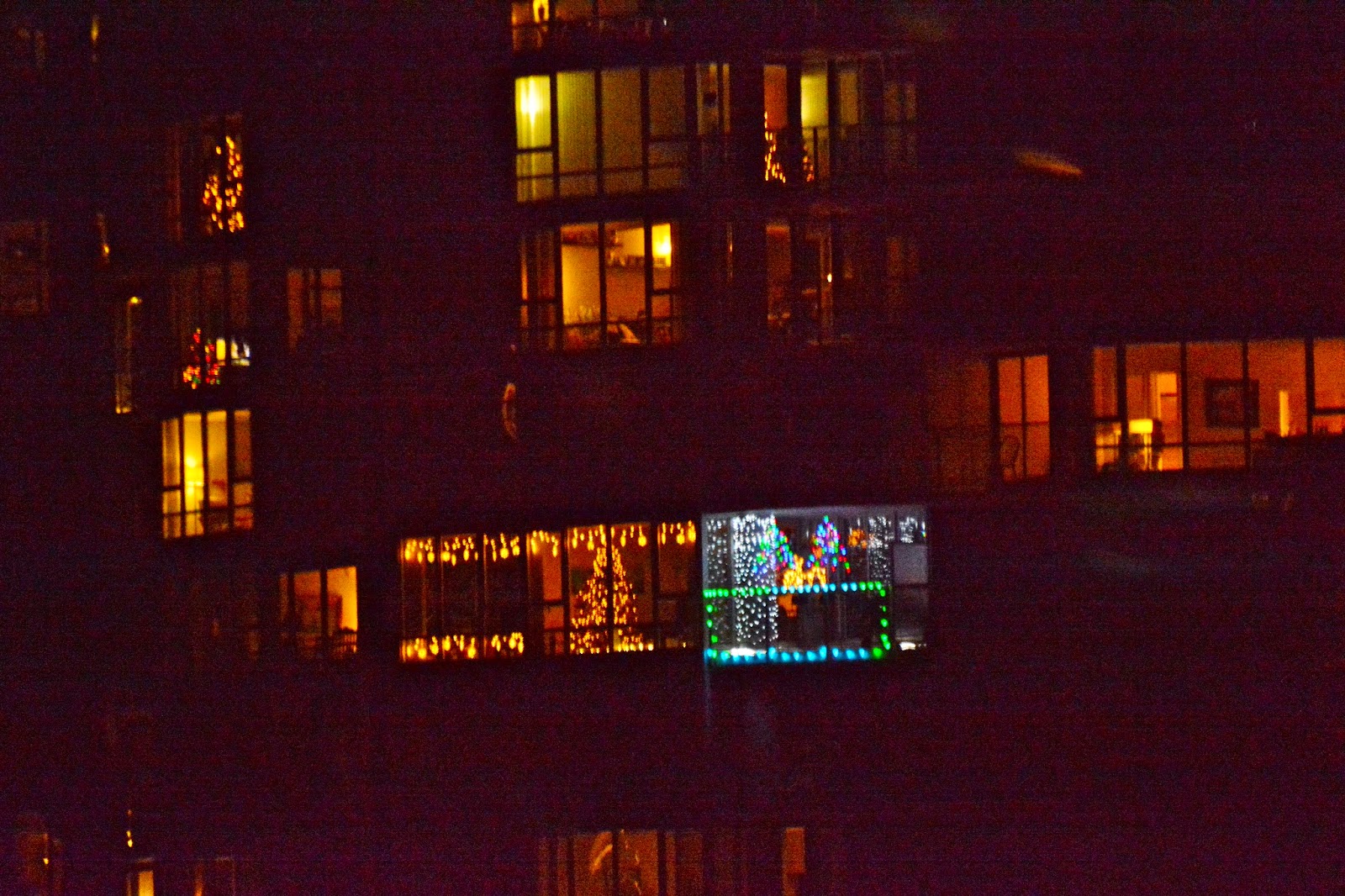 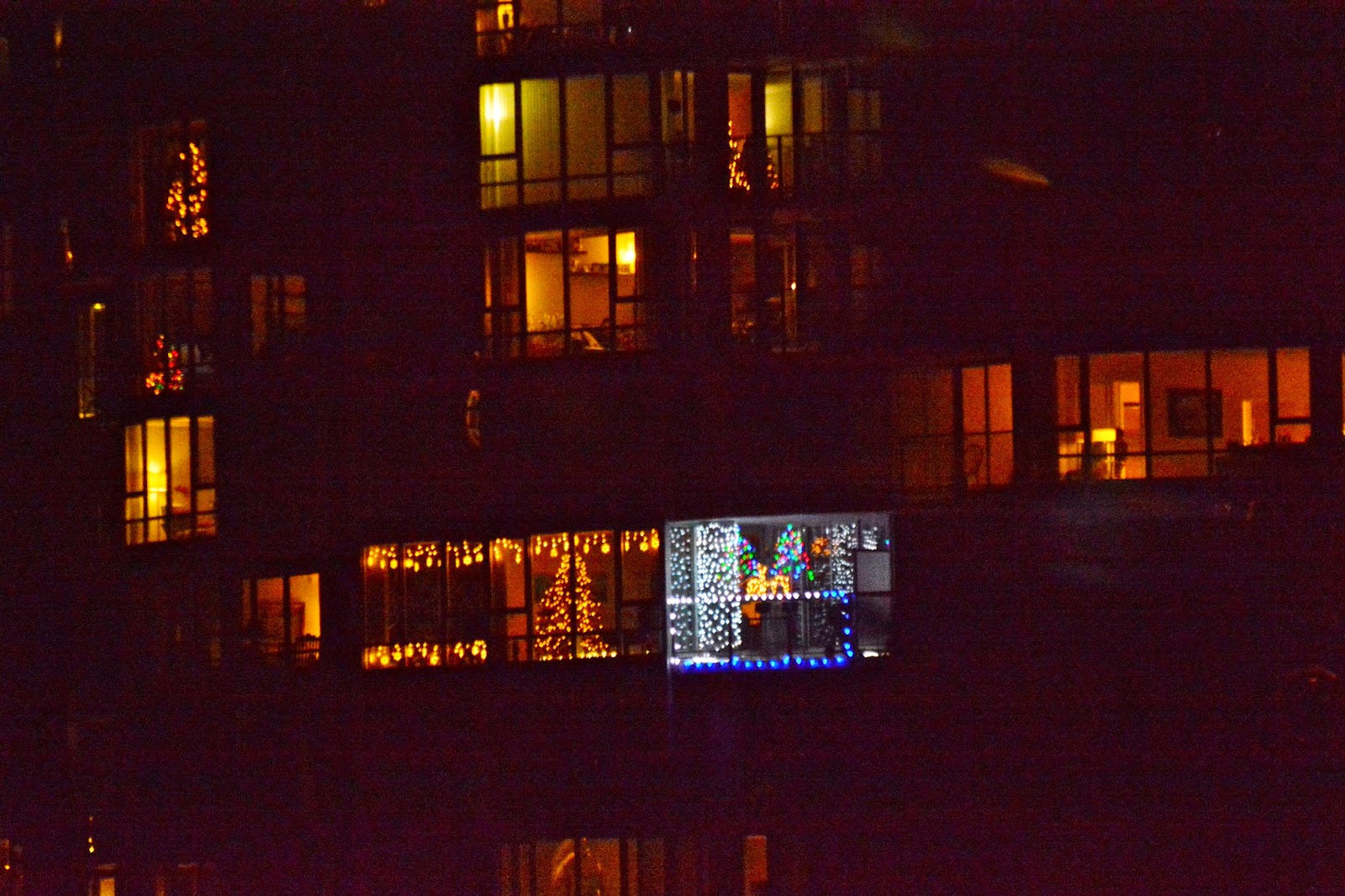 Balcony railings and a False Creek fence under moonlight. 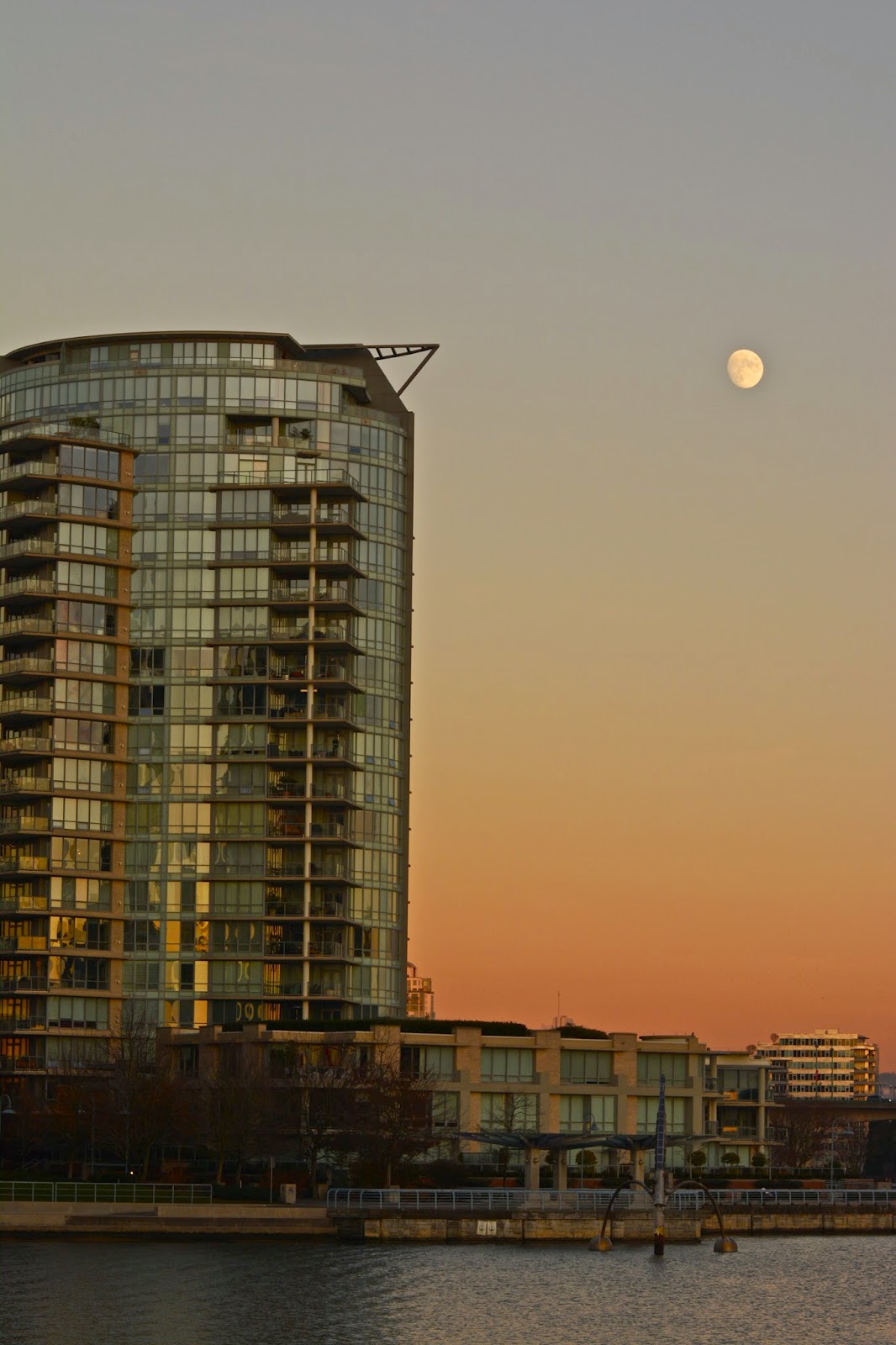 Bill settling Black Jack down in front of the fences to the False Creek ferry stop. 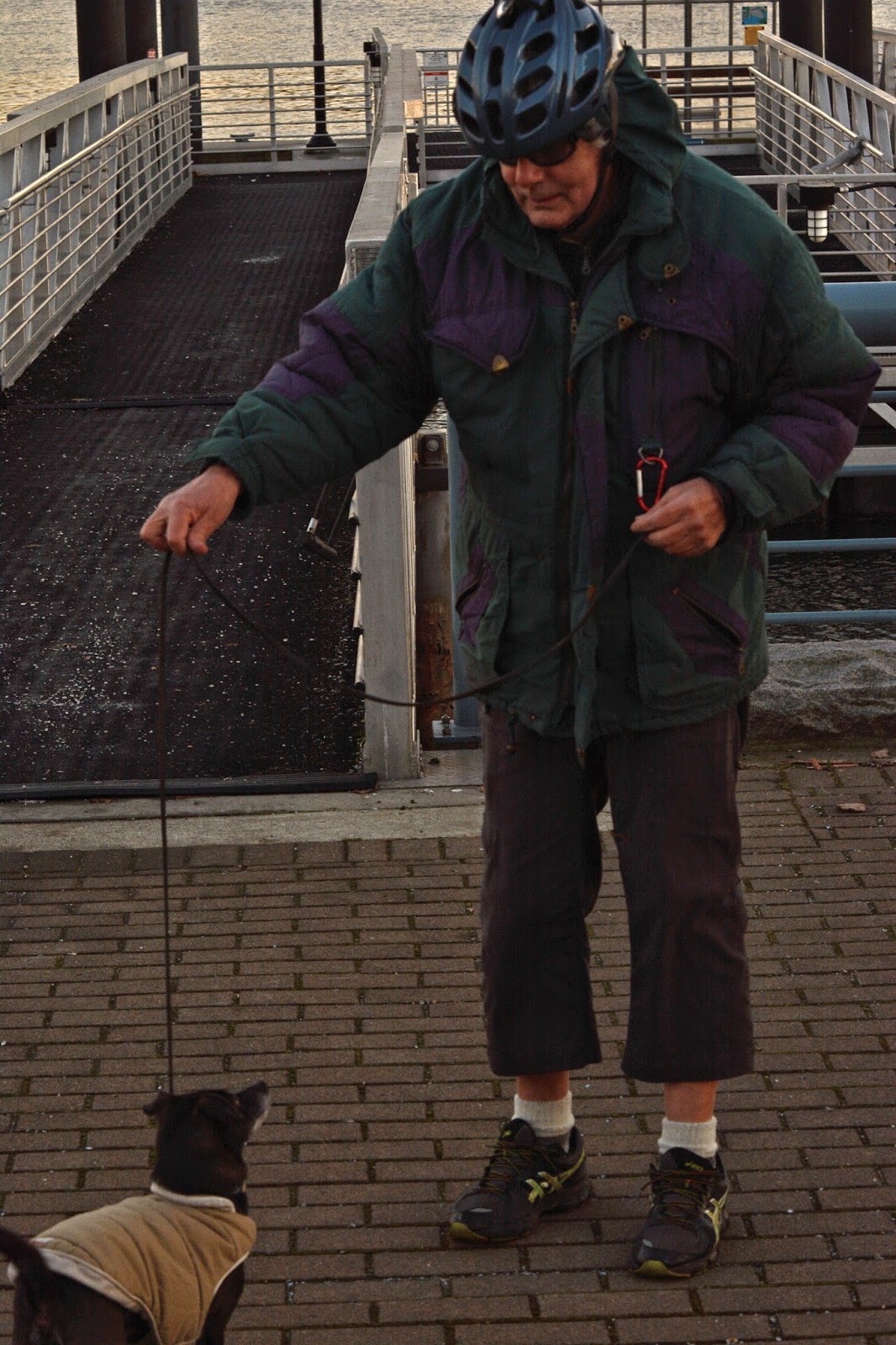 Many fences across False Creek, too small to make out, but they are there :) 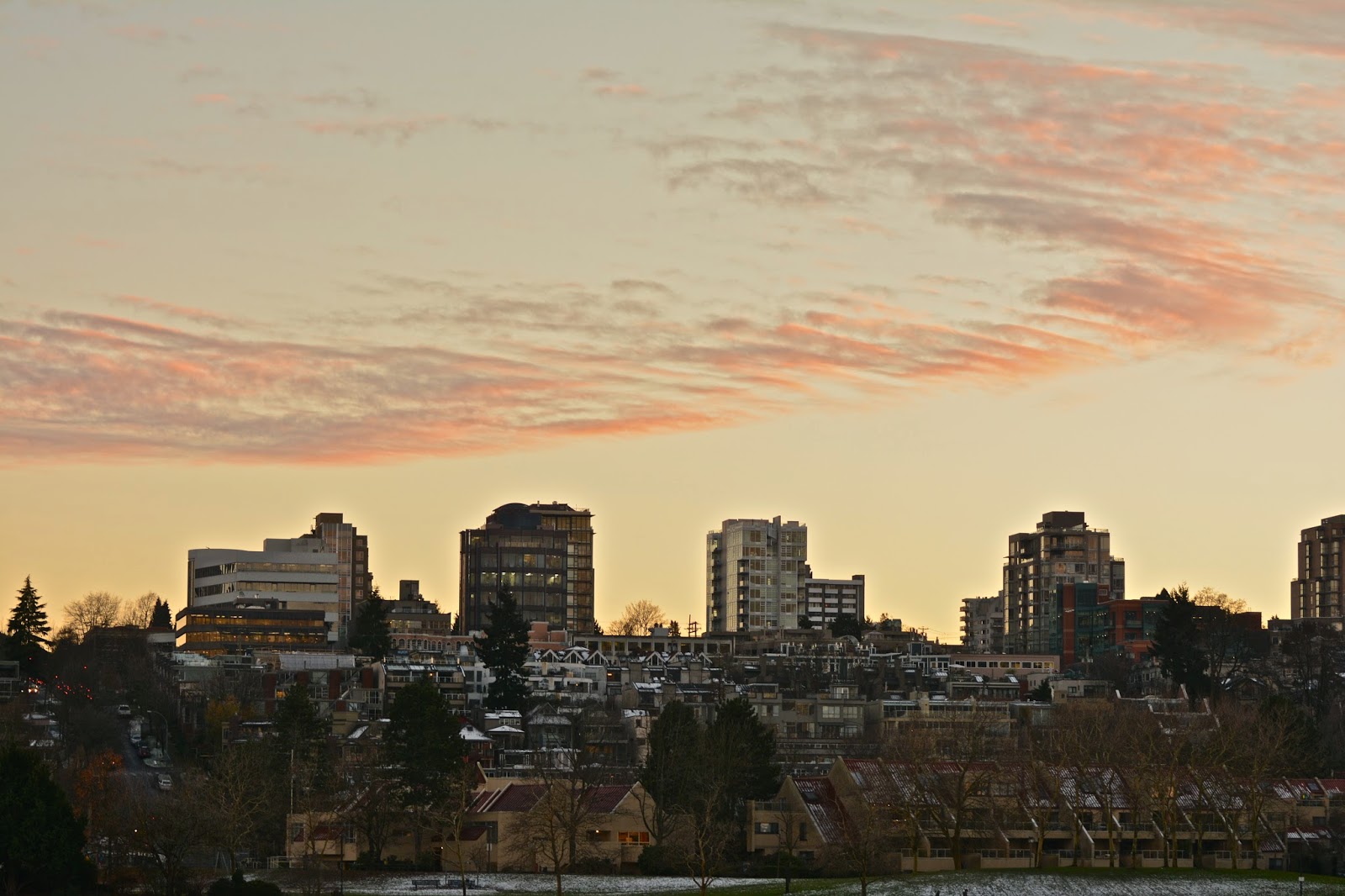 "Stellar Jay" by Chris Dahl doesn't have a fence to be seen, but it was in a little room.. 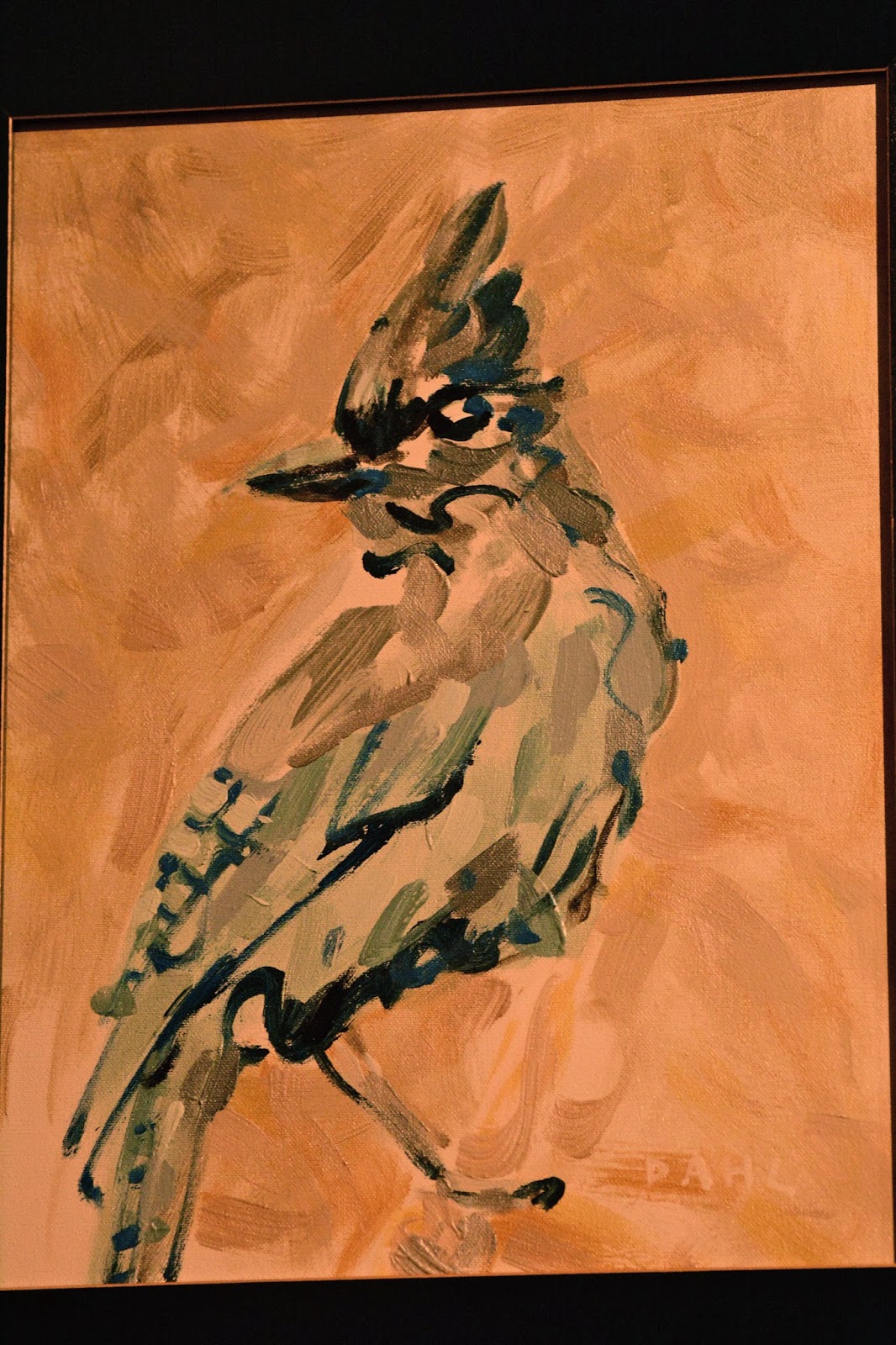 at Harrison Galleries yesterday.  Black Jack stared pointedly at Bill's pockets, hoping for a treat handout, but he was busy putting away the newspaper.. 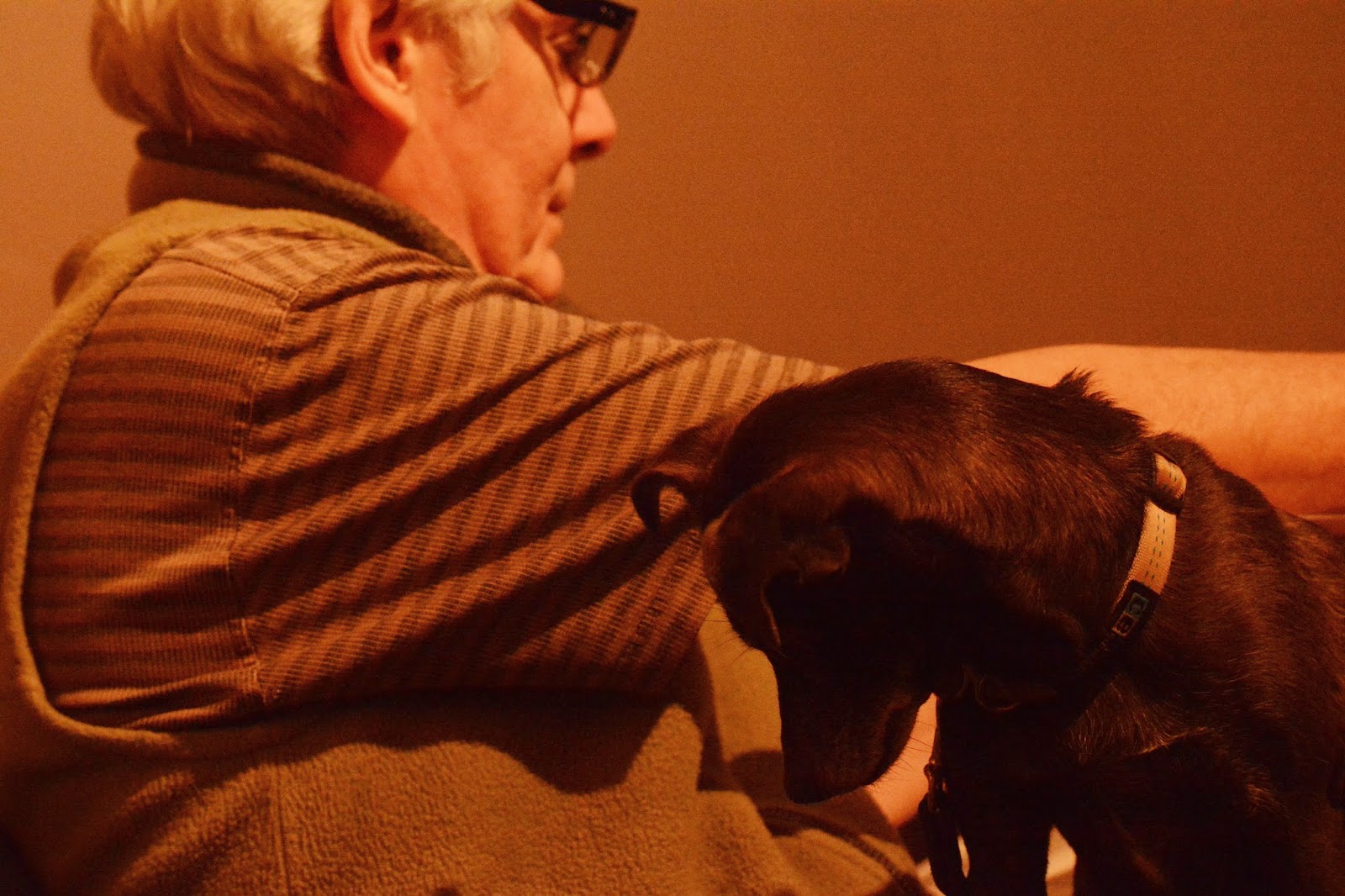 so she shifted her relentless gaze to me.  She's hard to resist, but I managed :) 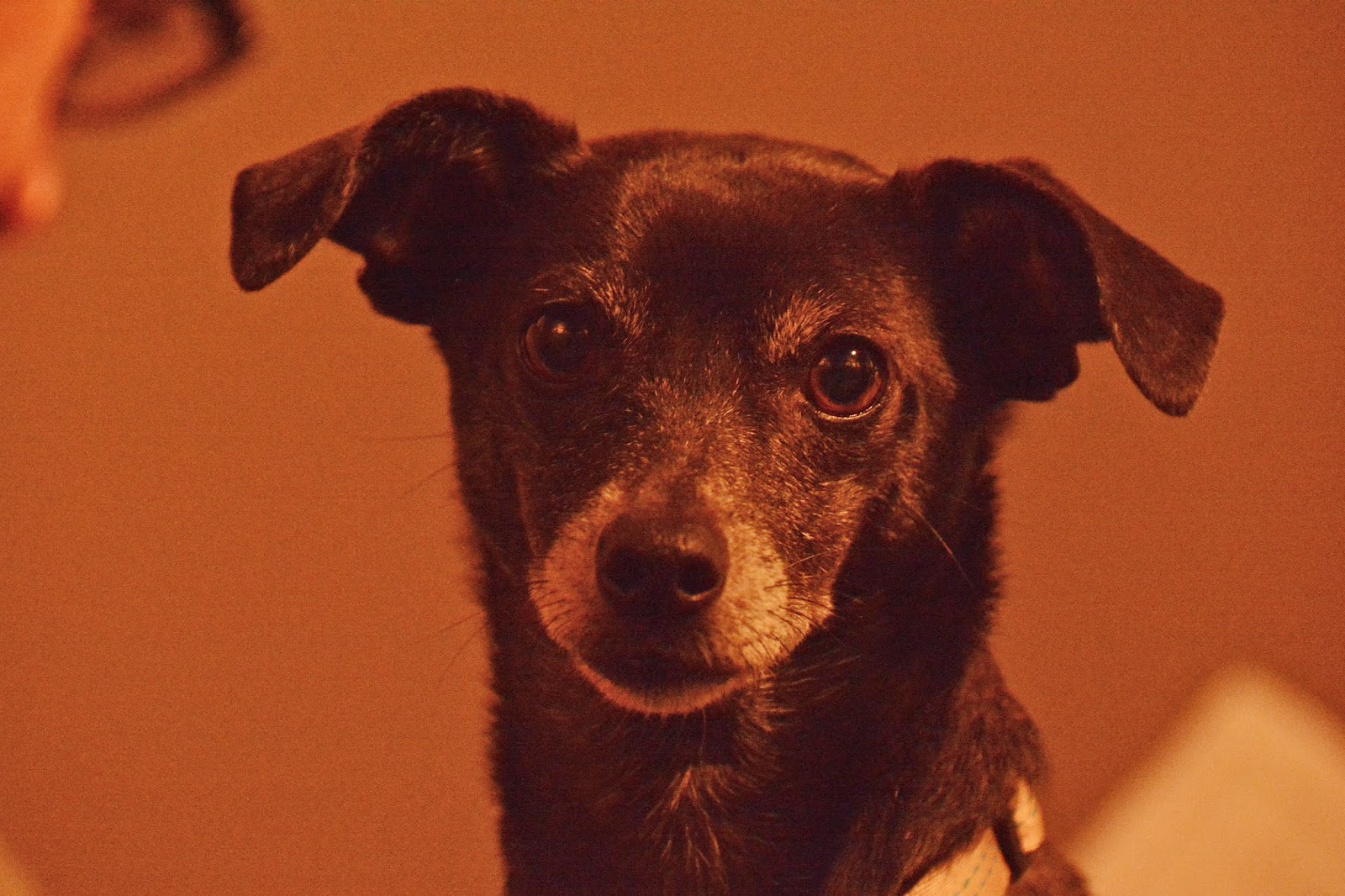 "Red-Crested Cardinal" (# 1 and #2) is also by Chris Dahl.  His exhibition dates have come to an end, but there are still quite a few of his works on the walls. 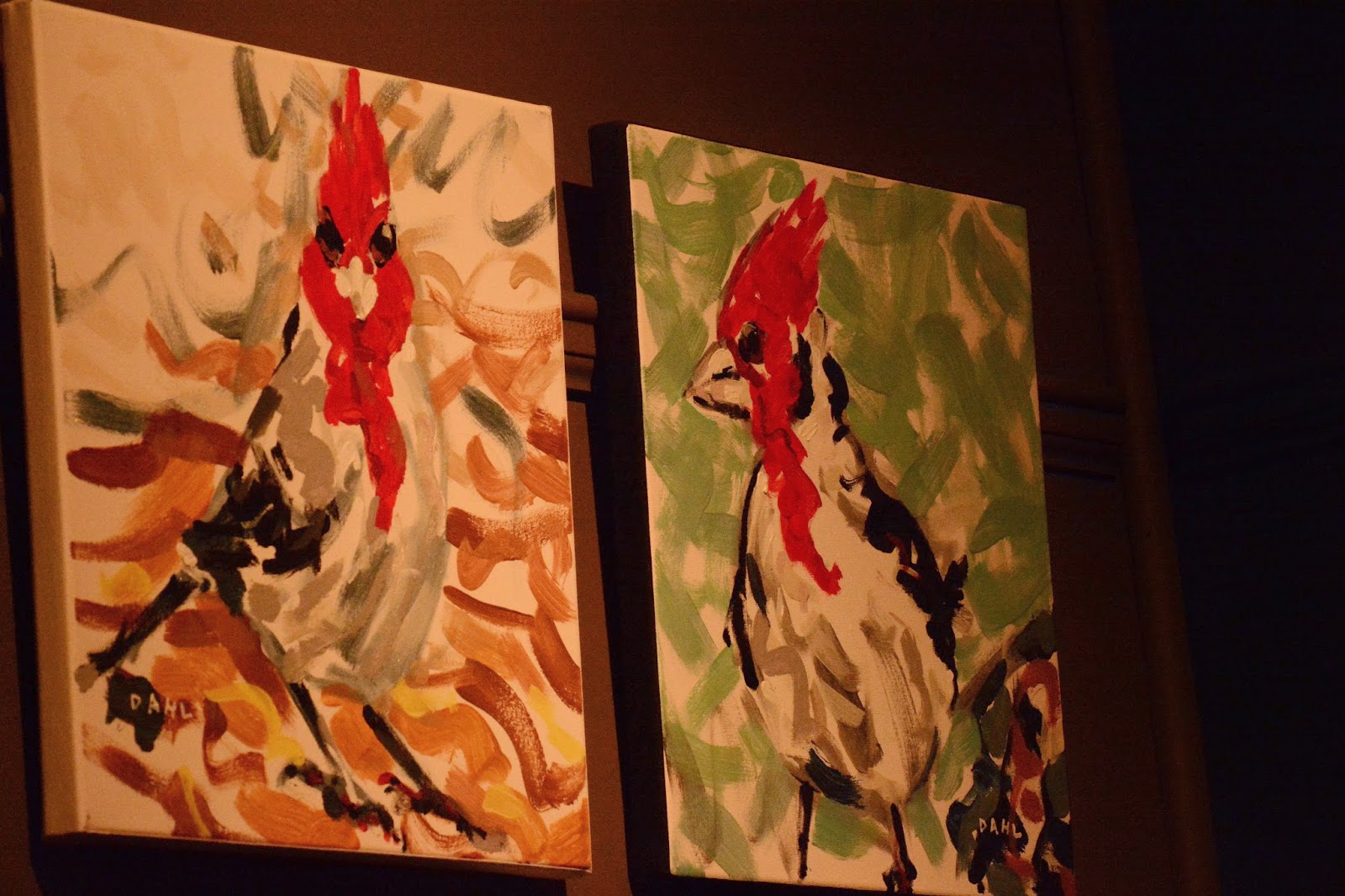 He is a very versatile artist with a wide range of subjects.  "Snowfall, Ambleside, West Vancouver" has the (fenced) Lions Gate Bridge in the background. 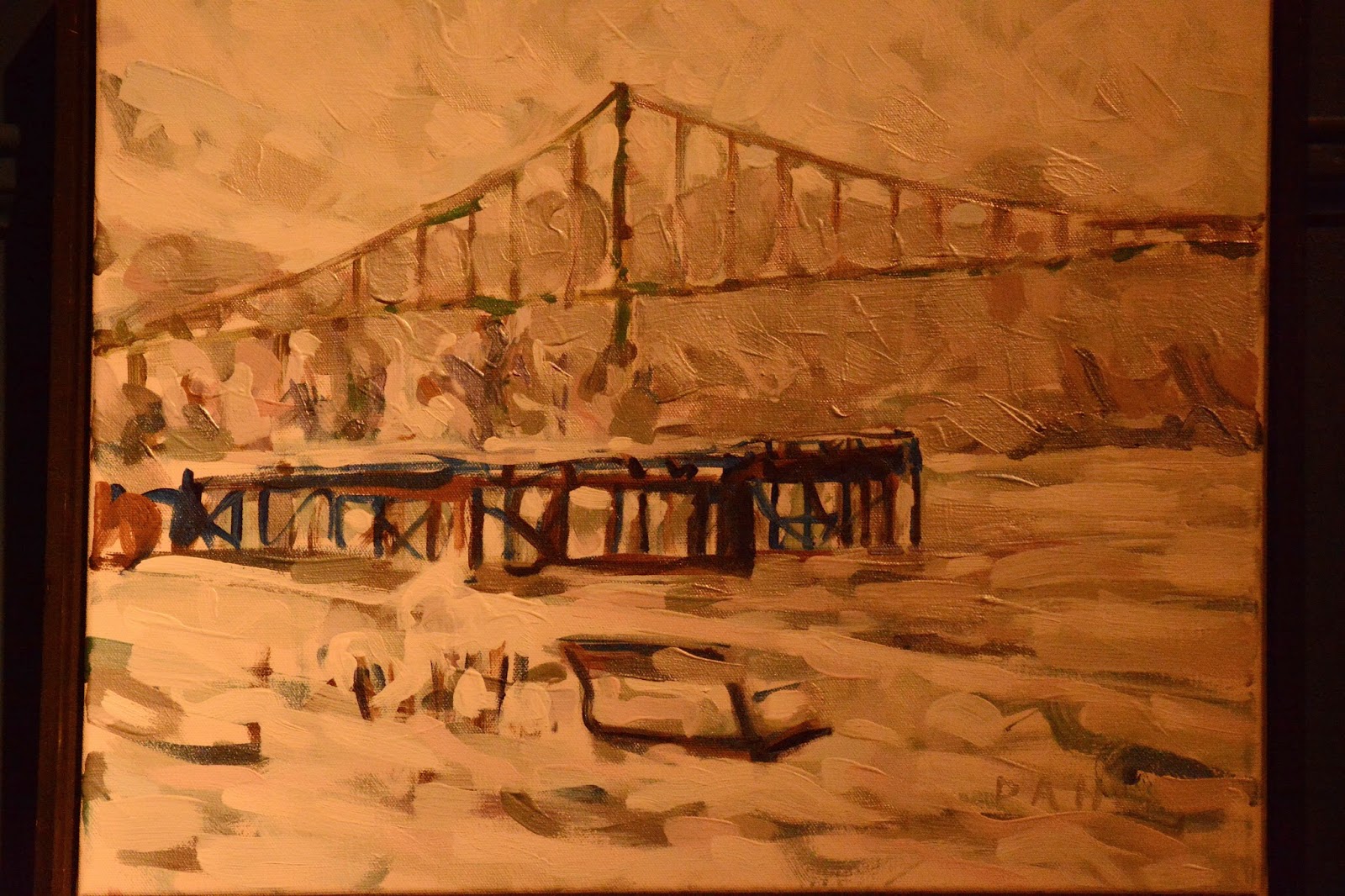 and I'm betting there's a fence or two in this train shot, titled "The Royal Hudson, Dunderave, West Vancouver" though his broad strokes don't give us much detail.  That's it for today.  Many thanks once more to Theresa for hosting Good Fences! 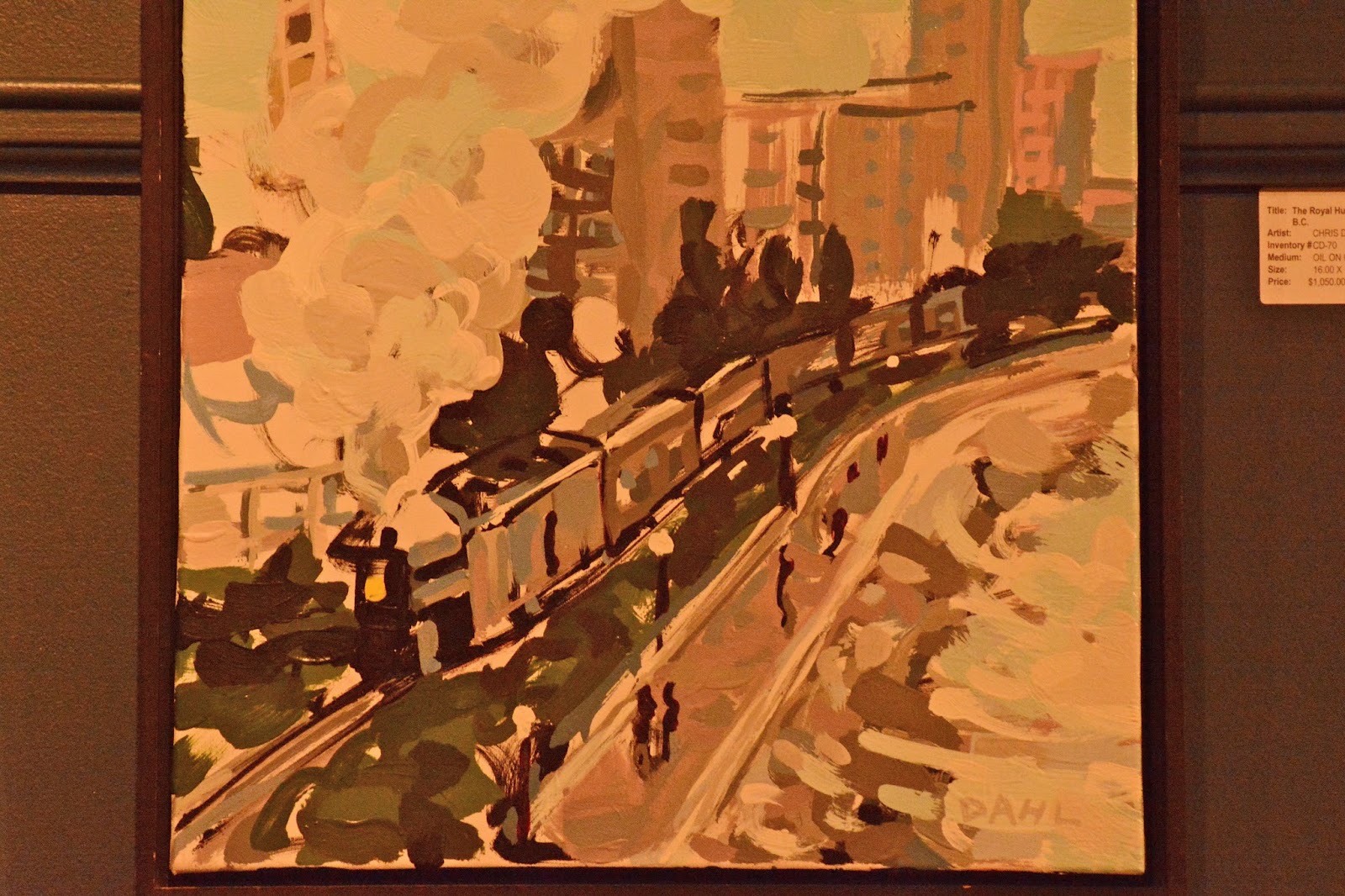