Blues in our Day

I thought of Smiling Sally's Blue Monday meme when I saw this painting by Chris Dahl at Harrison Galleries a week ago.  I showed you his other painting of dancers in this post, but saved the one with a blue background just for Sally.  Thanks, Sally.  You often come to mind when blues turn up in our days. 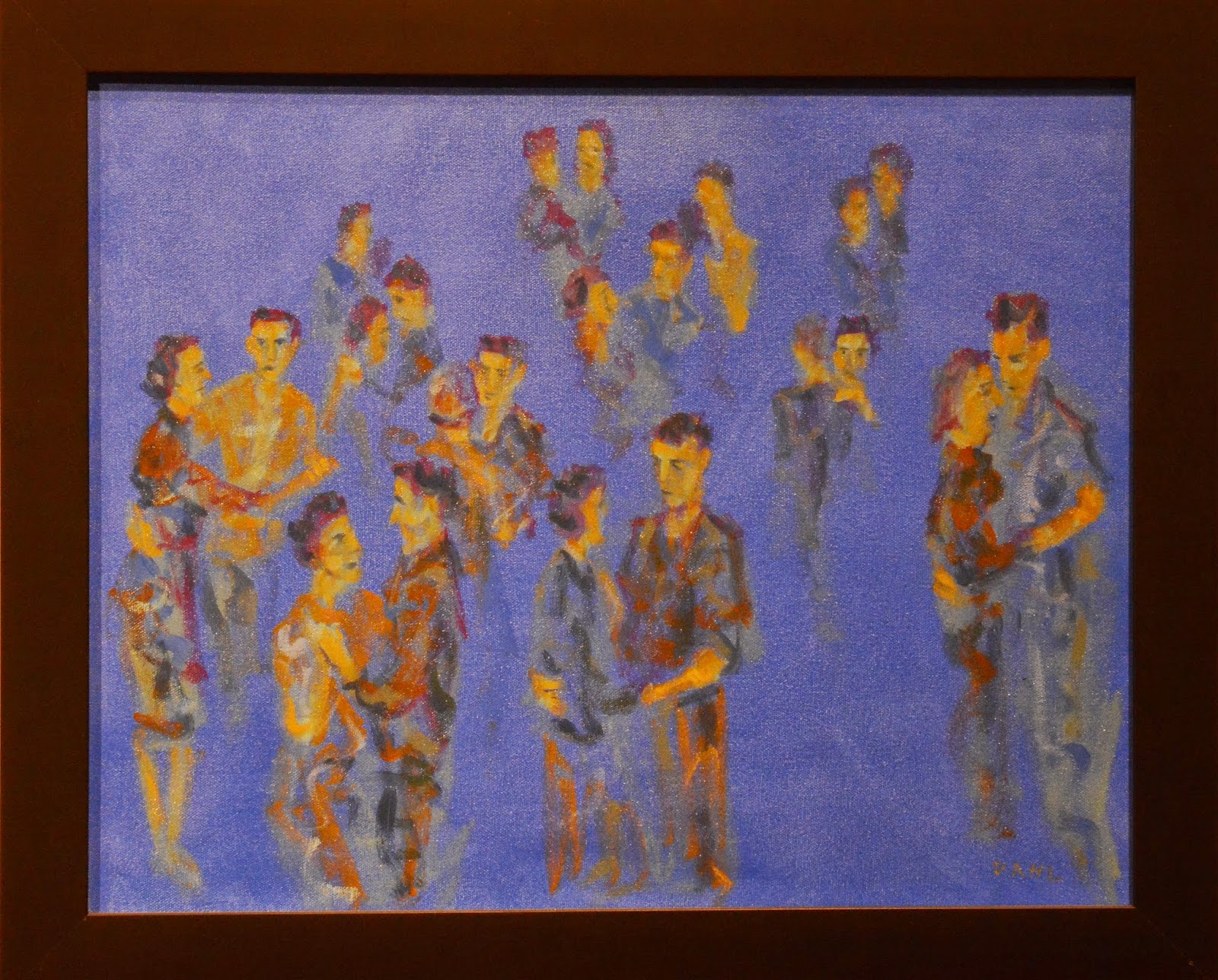 As for the rest of our day yesterday, it was fairly quiet but enjoyable.  There were blue skies in the morning, and bright sun as I looked over our balcony, but the temperatures were a bit too cold for biking (for us). 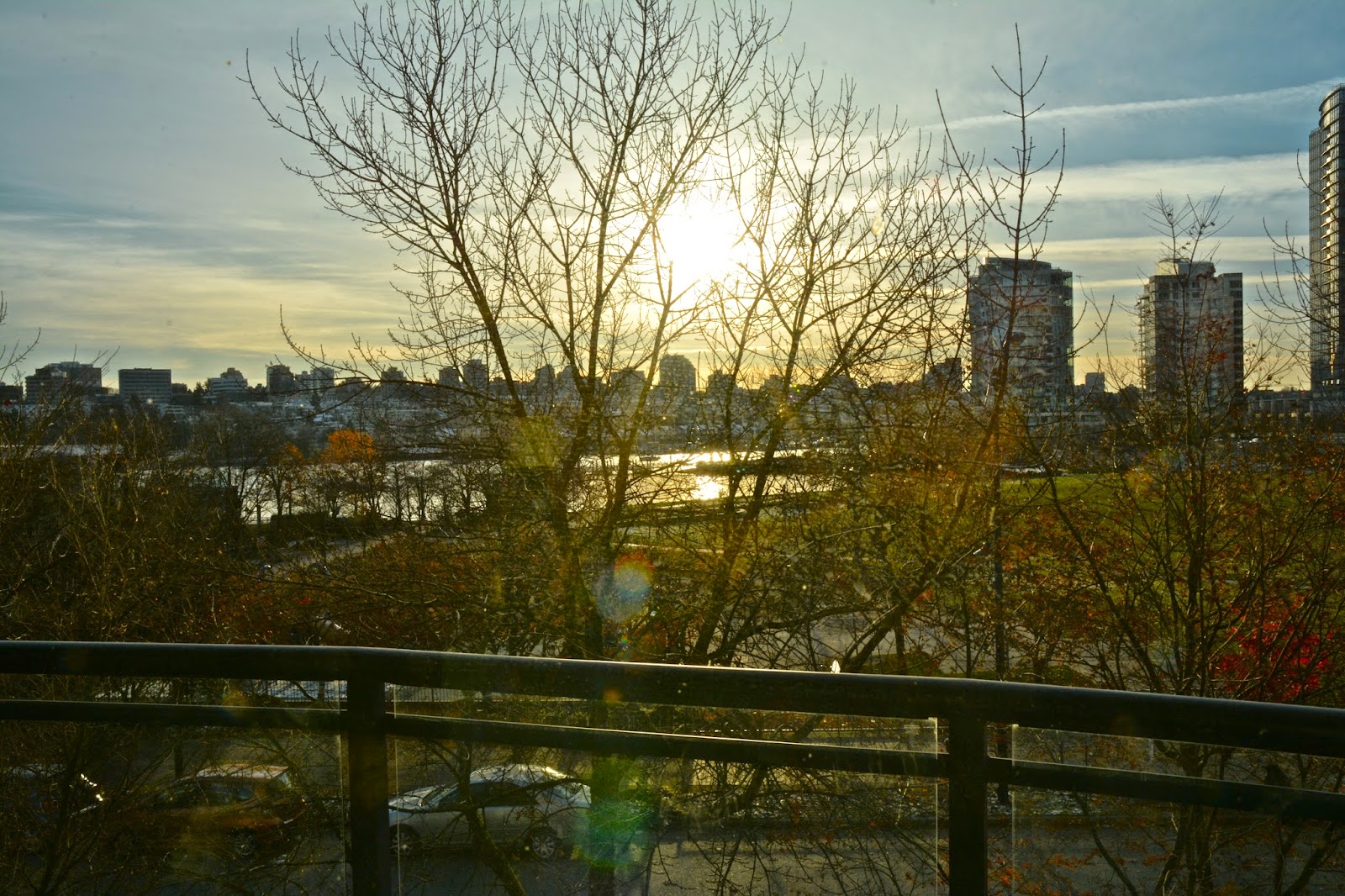 Black Jack curled up on the couch in a sun spot, as she loves to do. 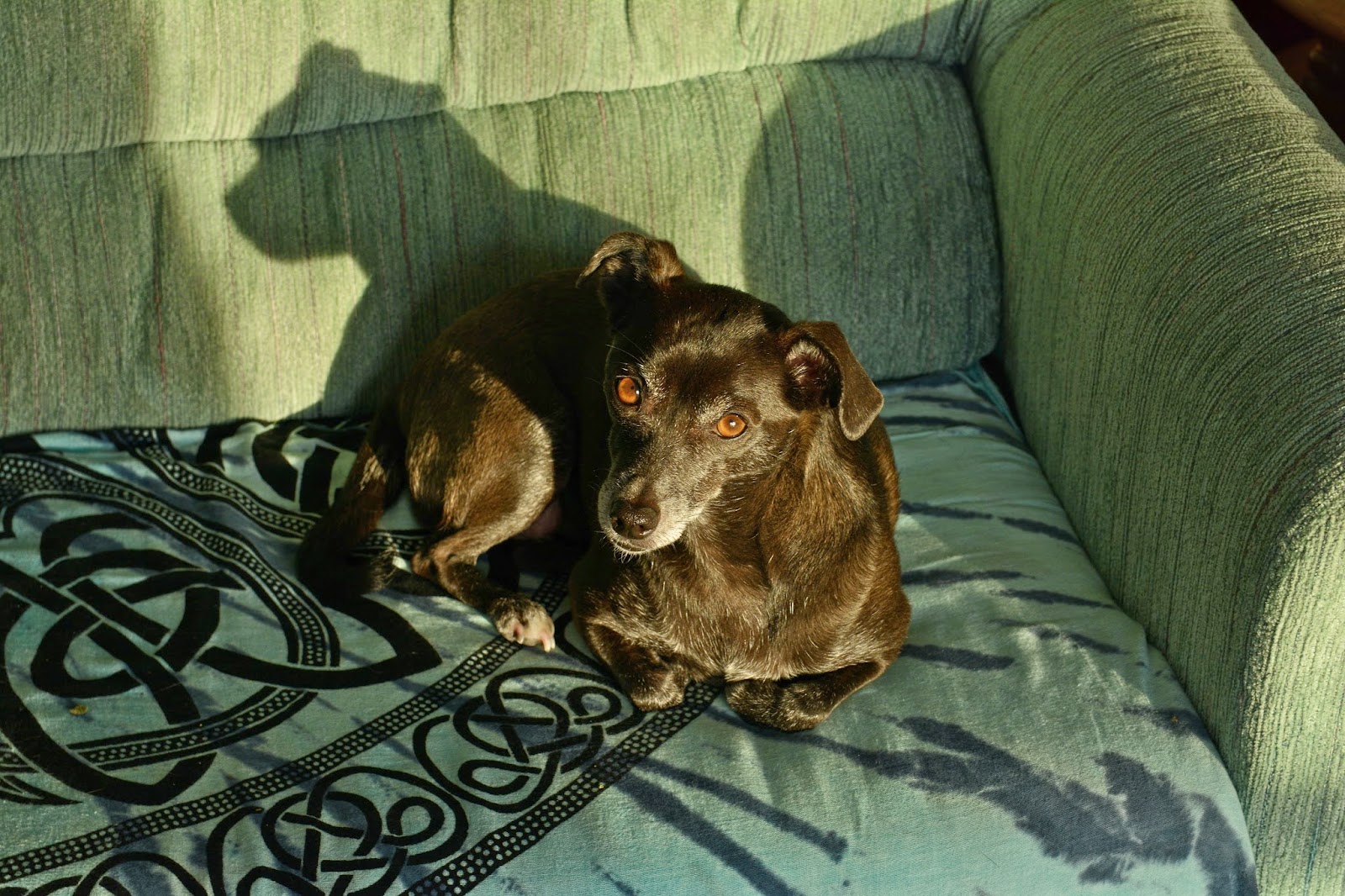 The buildings in the background are a sort of greeny blue, 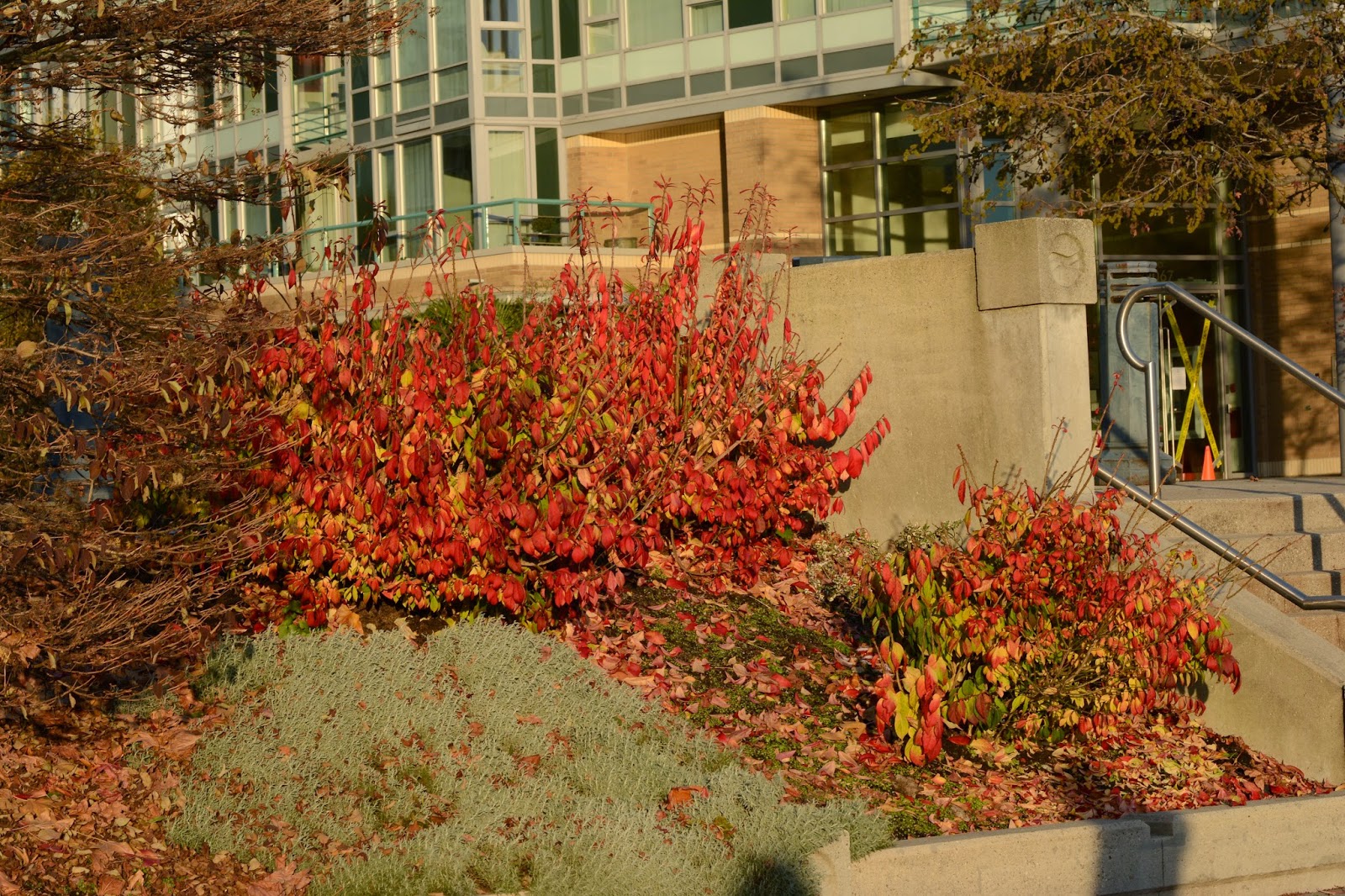 but what really caught my eye were the colourful bushes.. 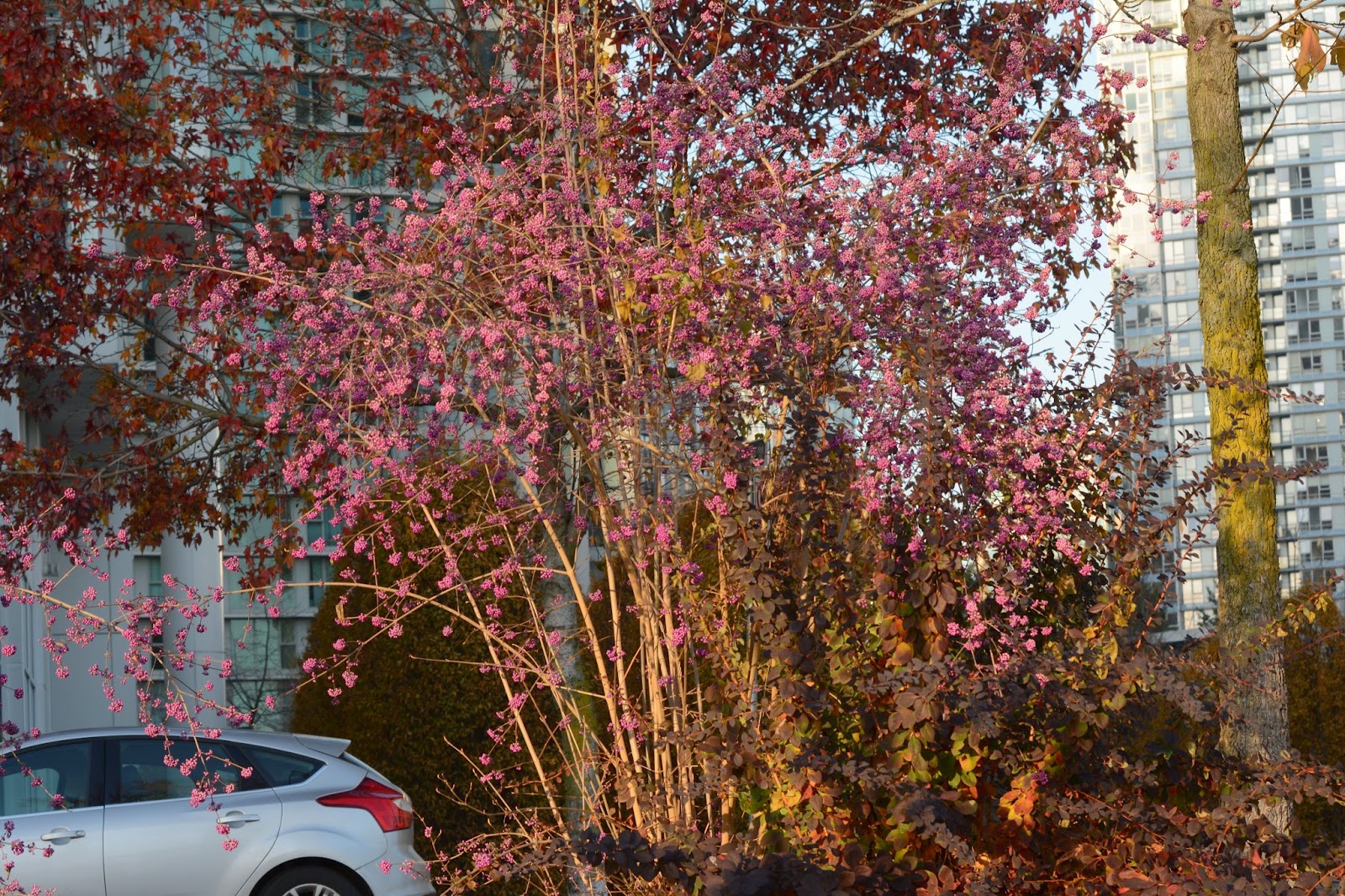 as we walked along False Creek, 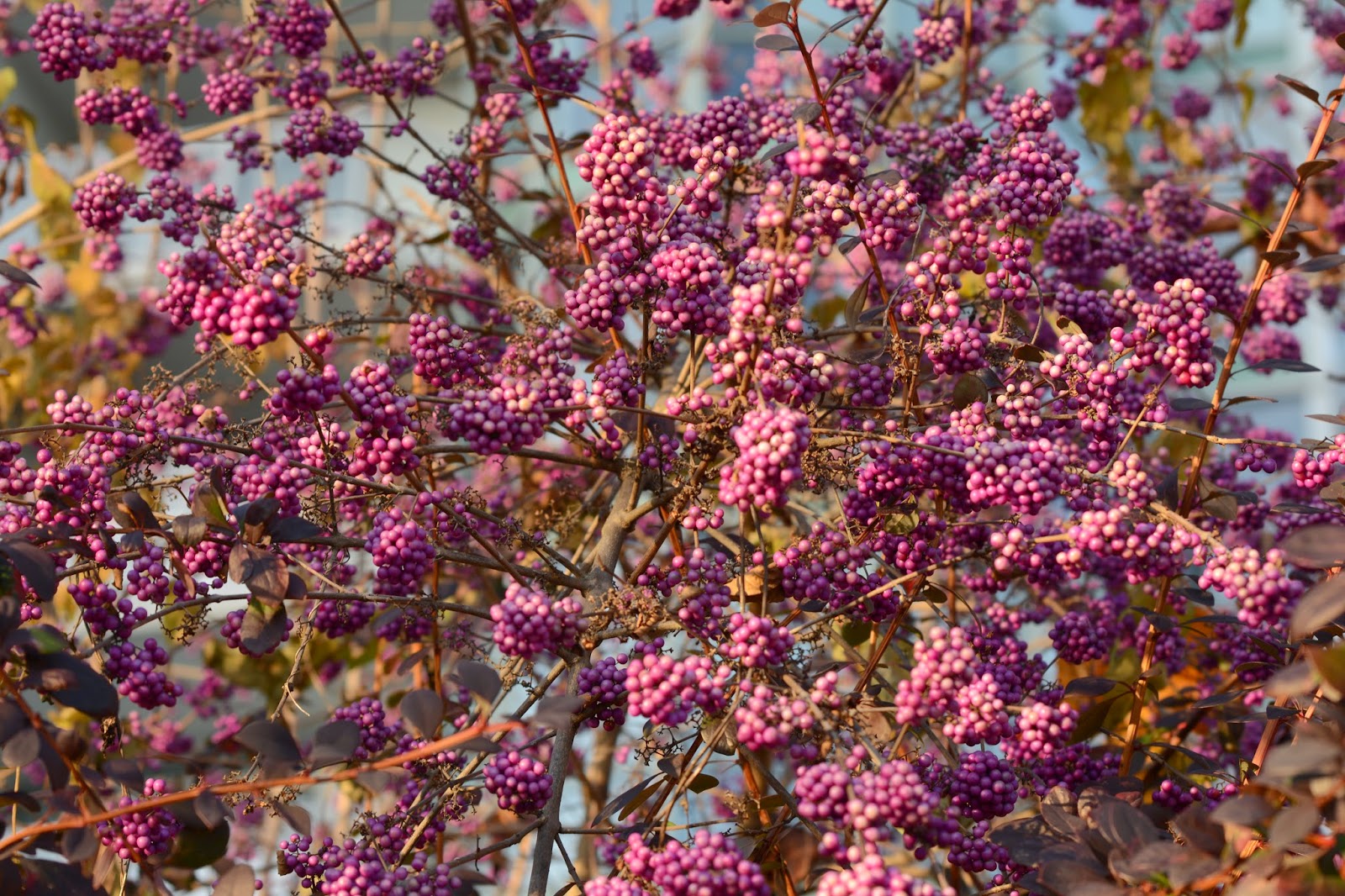 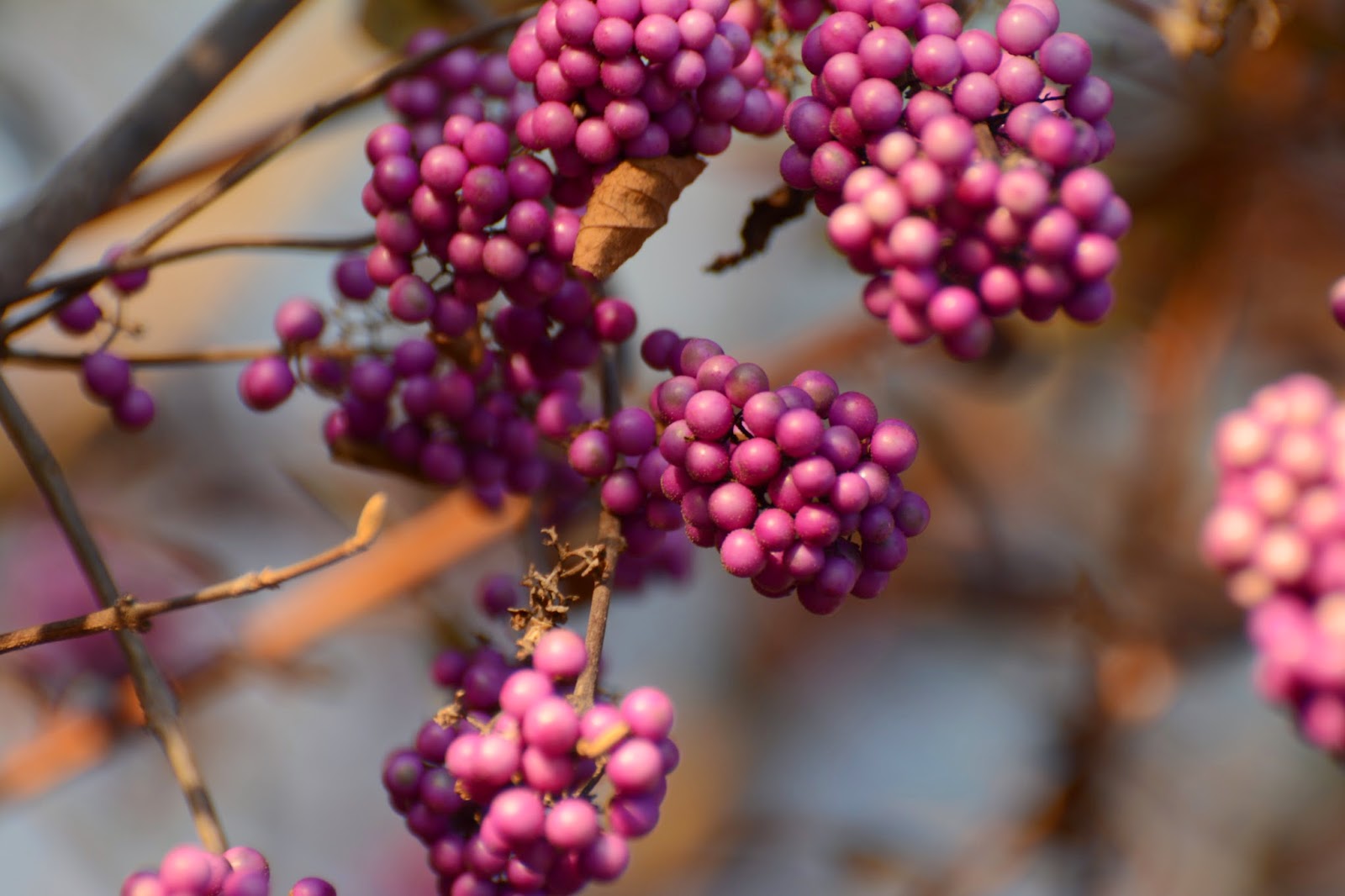 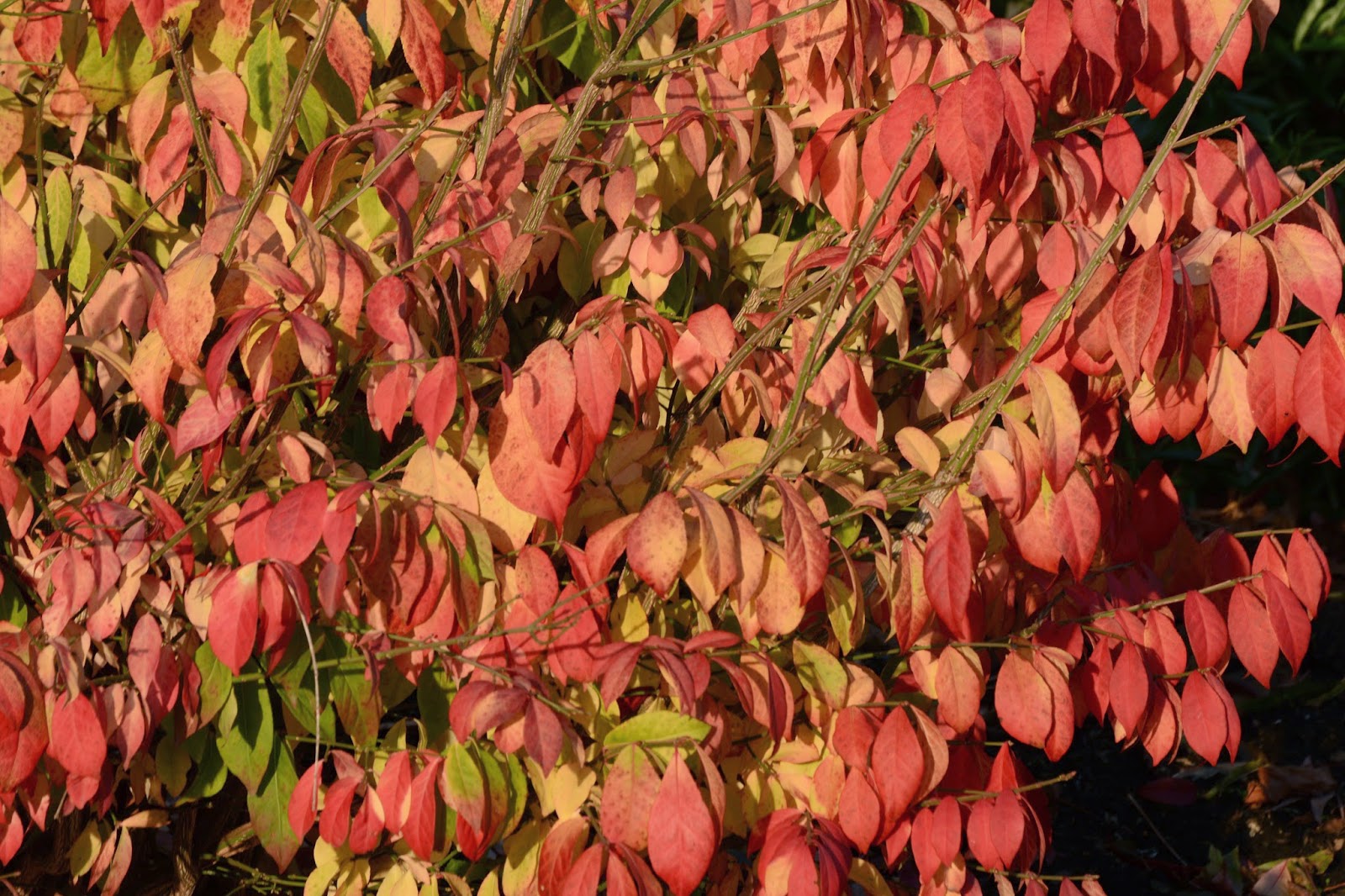 I'm not a big fan of advertising, and we eat very little (as in none for years) pizza, but had to admit this car caught my eye.  There's a bit of blue in it too :) 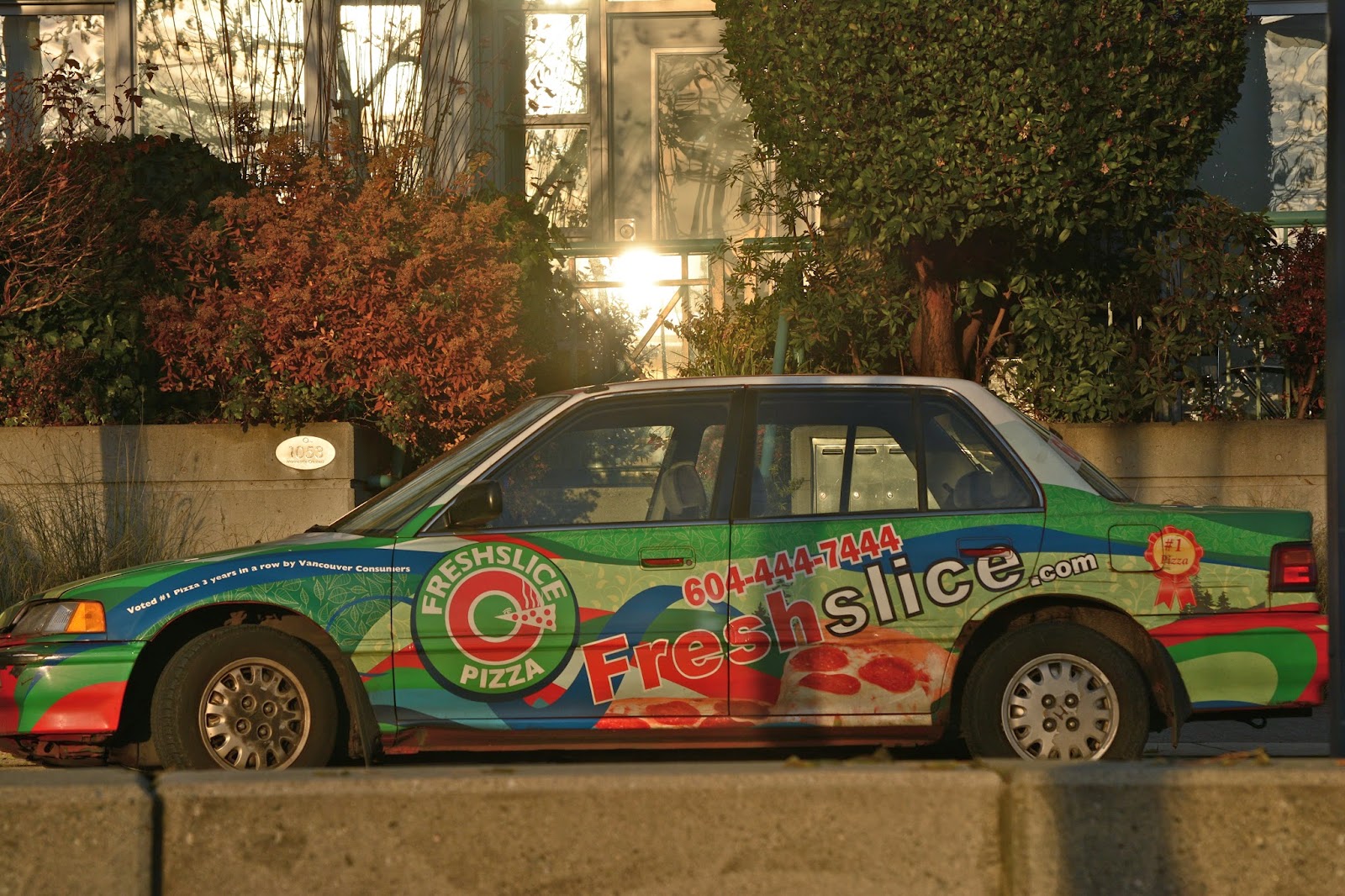 We stopped to let Black Jack.. 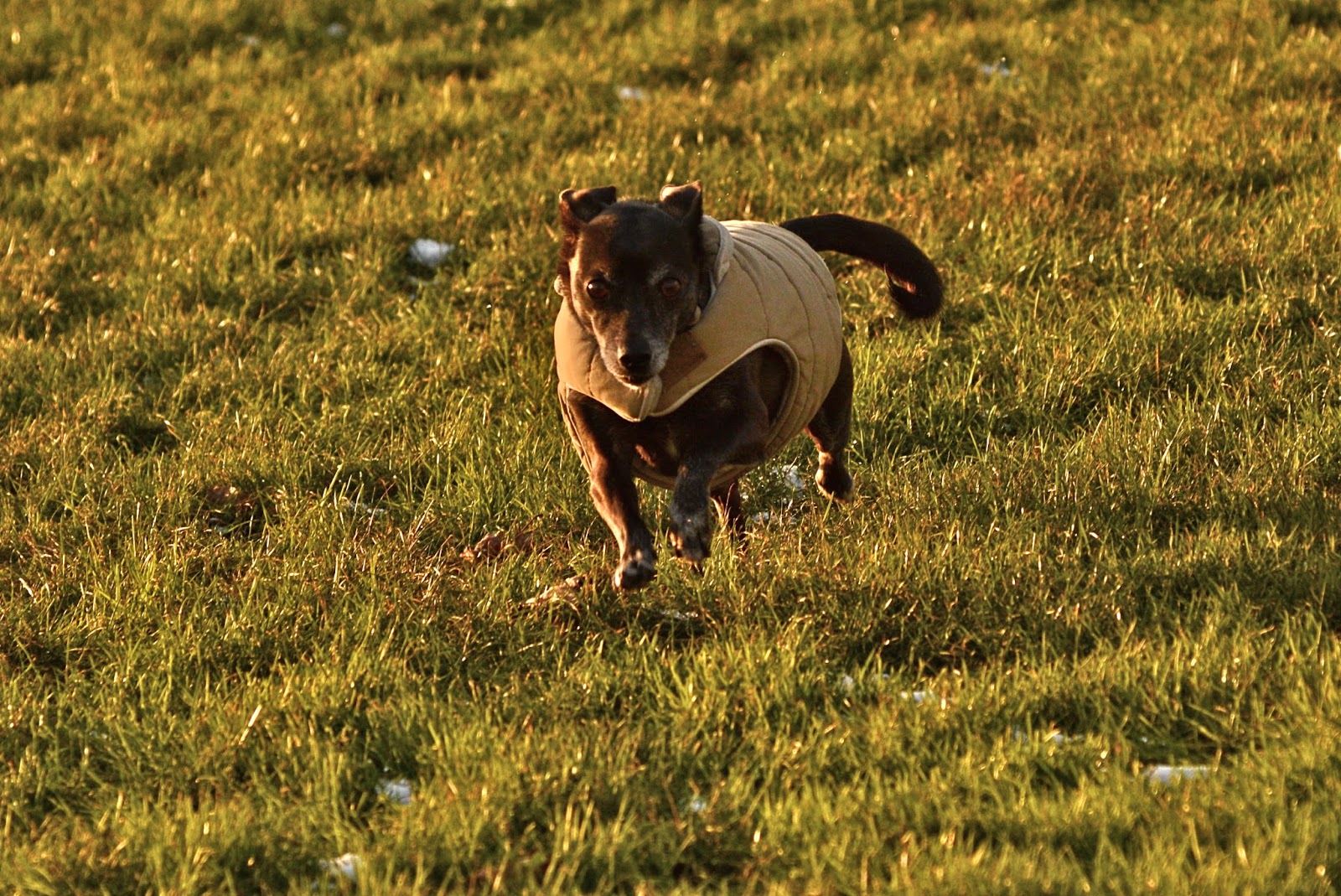 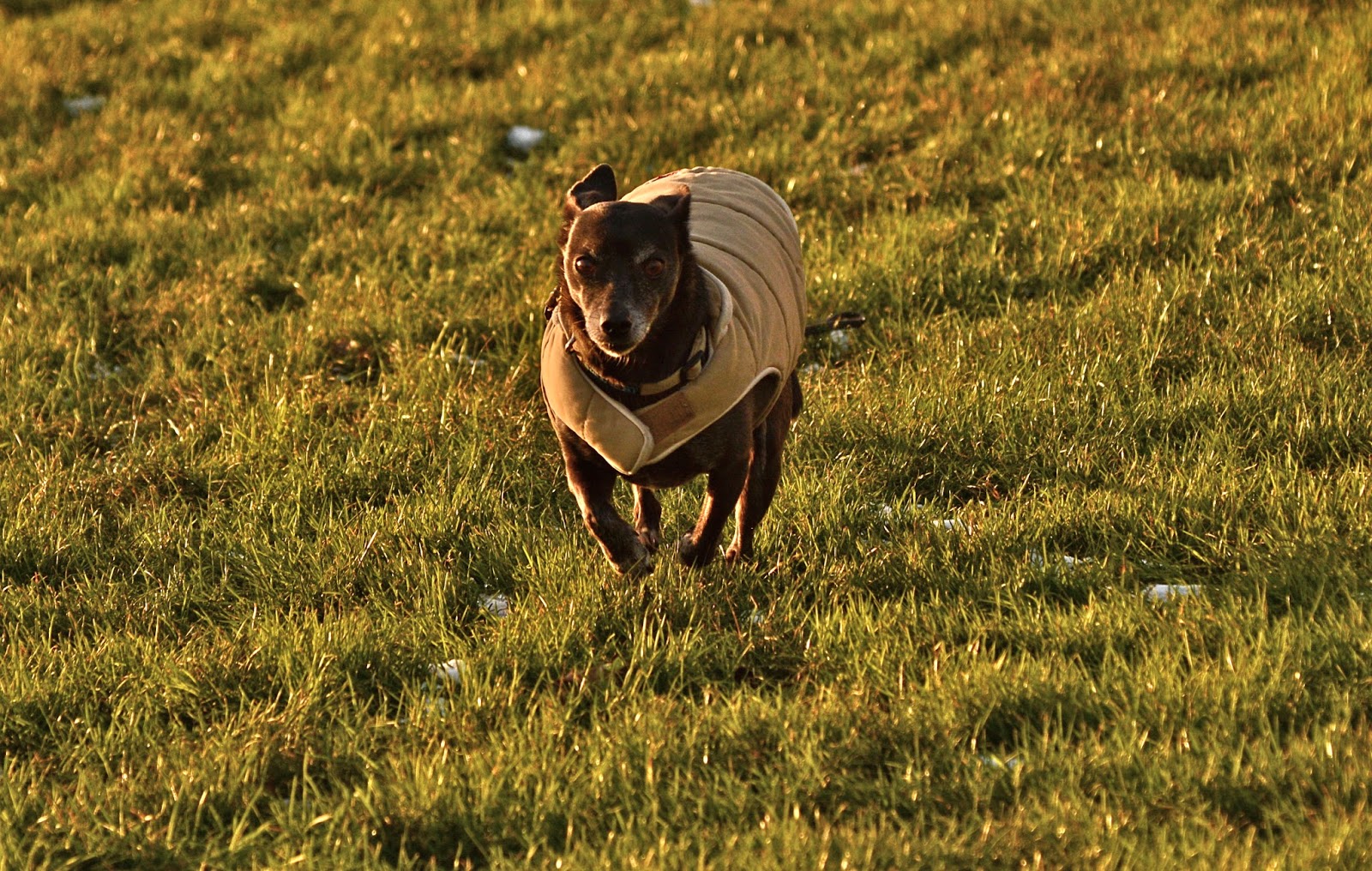 Even hampered by her coat, 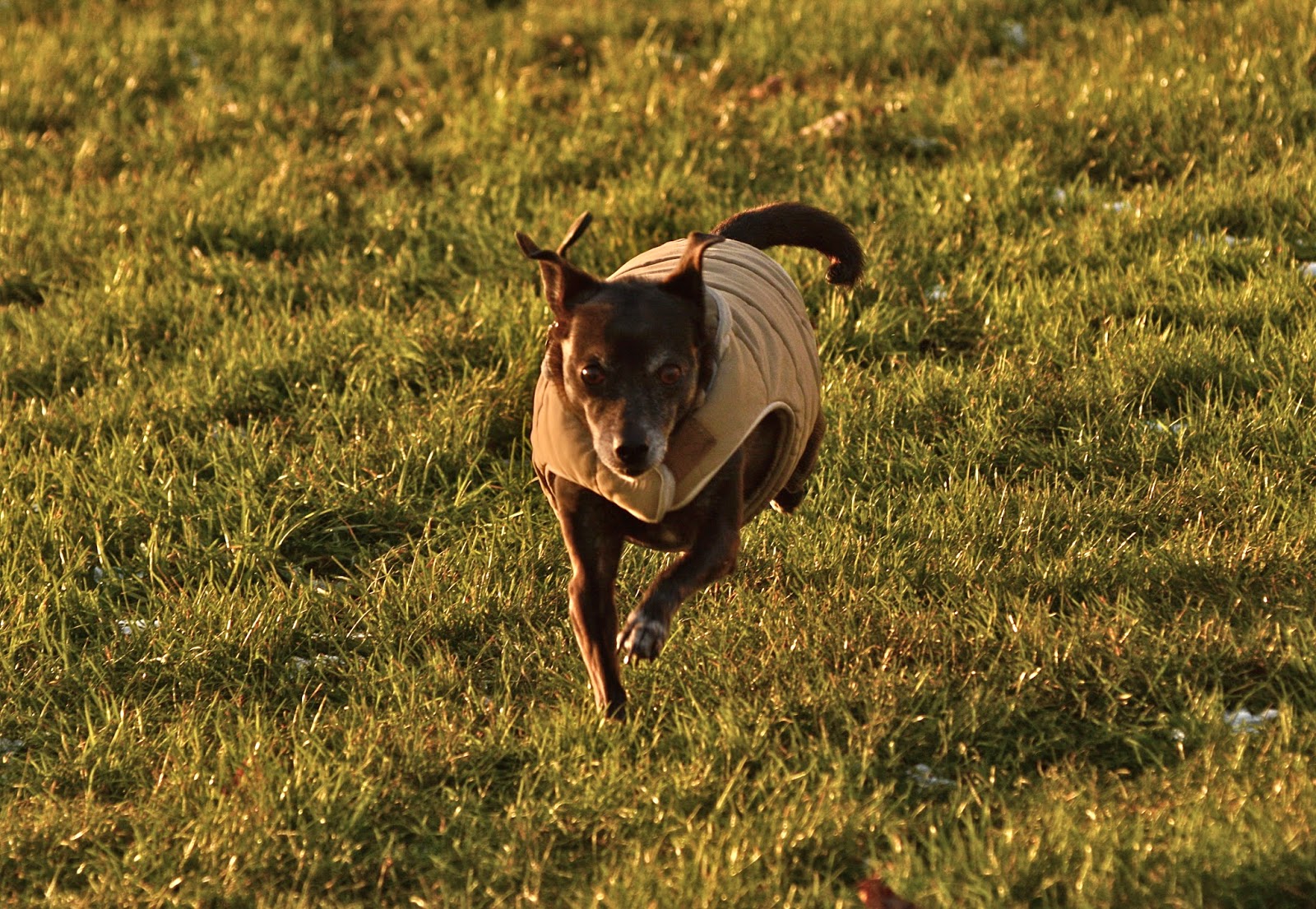 and even as she has passed nine years of age (approximate guess since she is a rescue).. 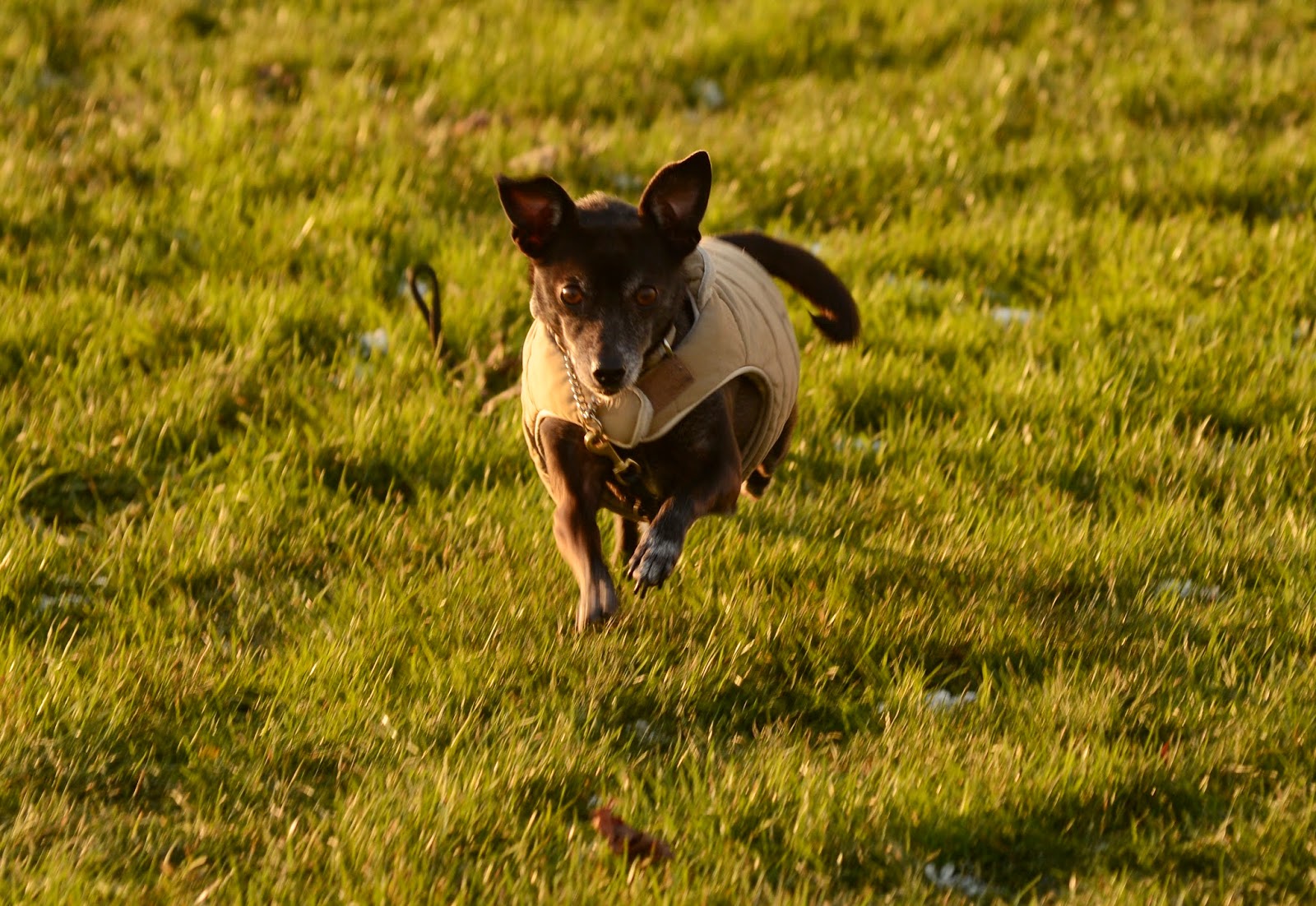 she still moves very quickly and her spirit is a joy to behold. 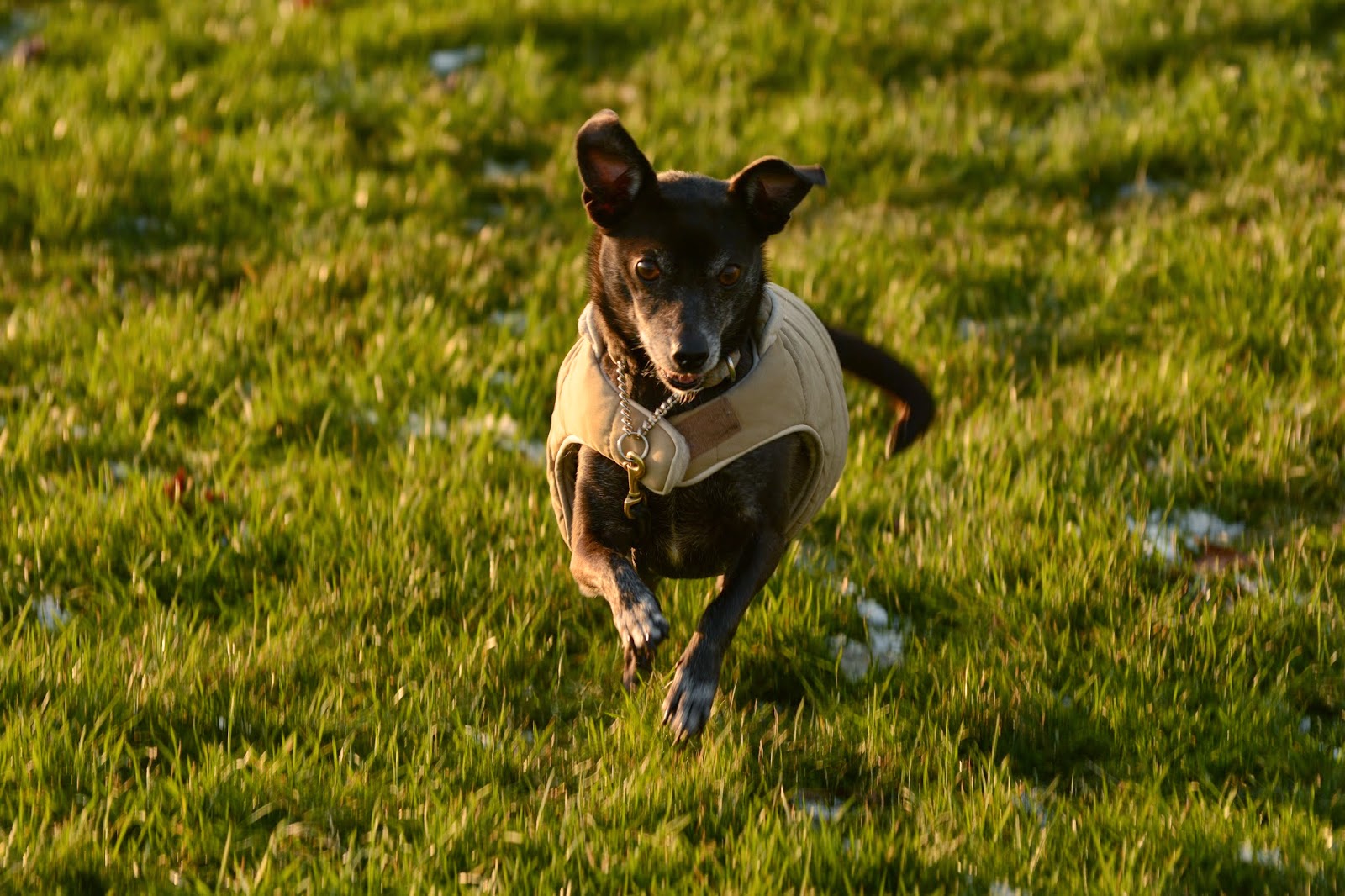 Another advertisement on a fence surrounding a lot that I guess will house this building. 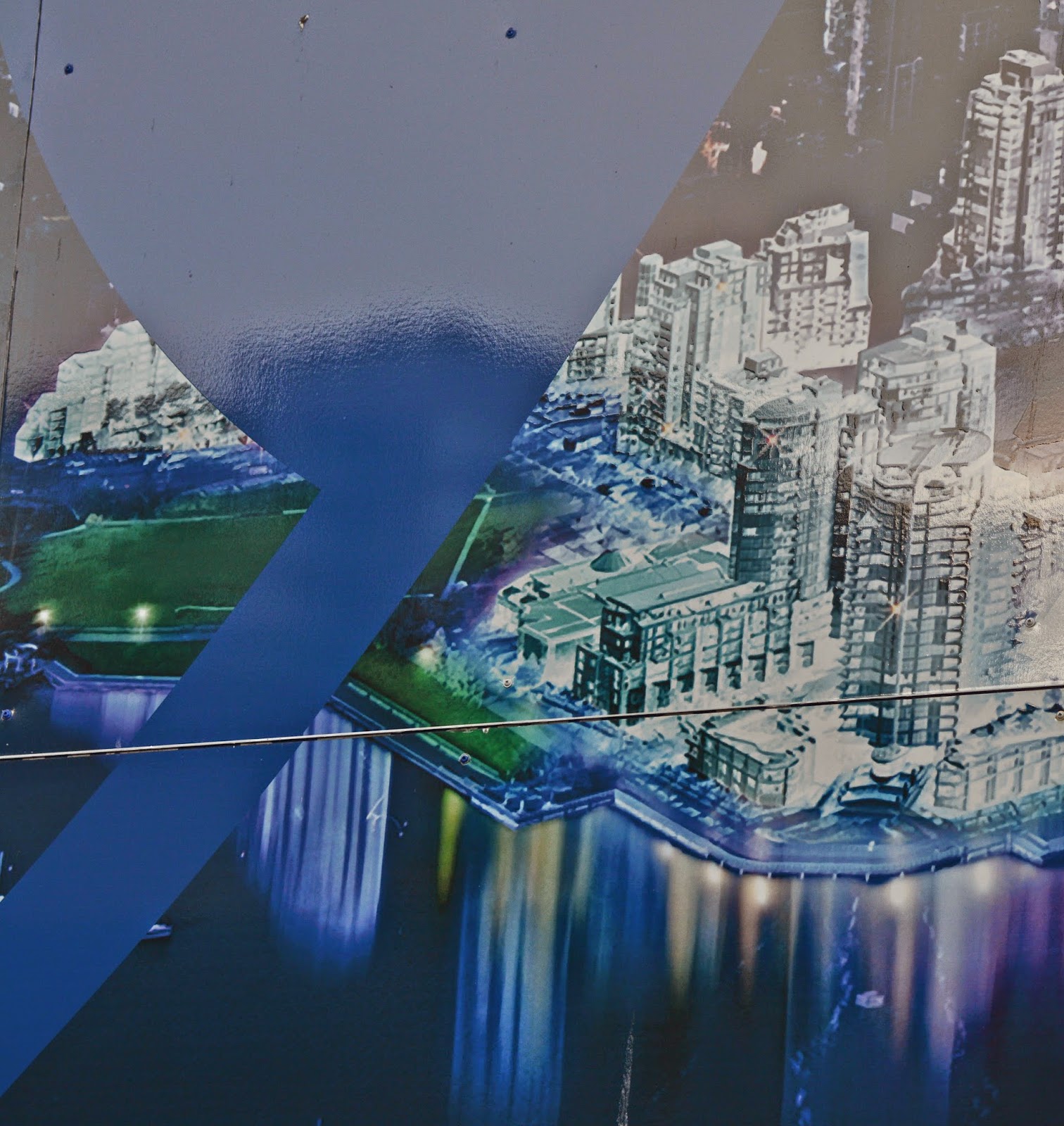 Couldn't resist these photos of a rather amazing photograph on that fence. I guess the new building will be another blue one, just in front of BC Place (Olympic Stadium). 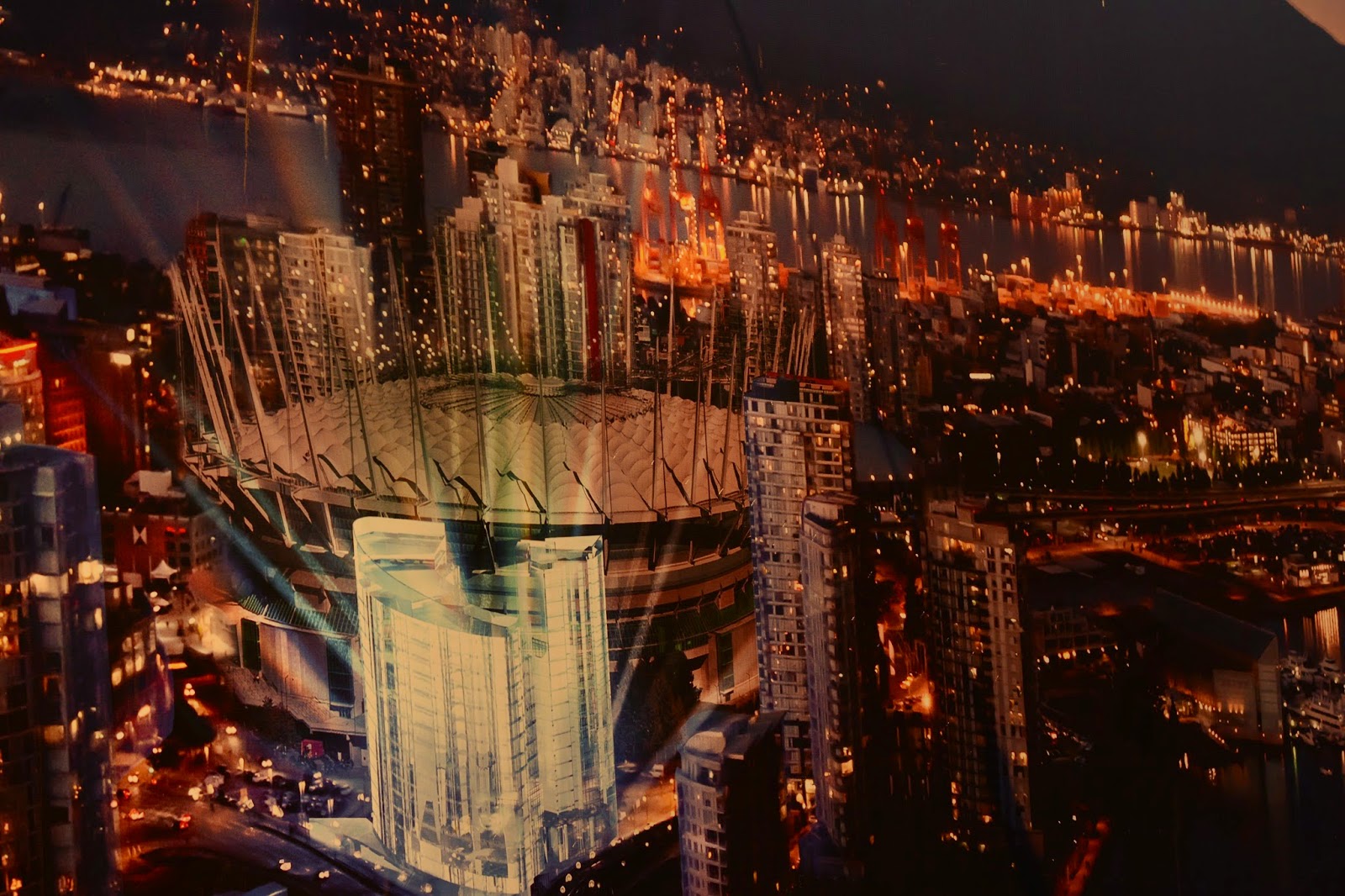 The crows fly home to roost earlier and earlier, these days.  Just caught a few of them. 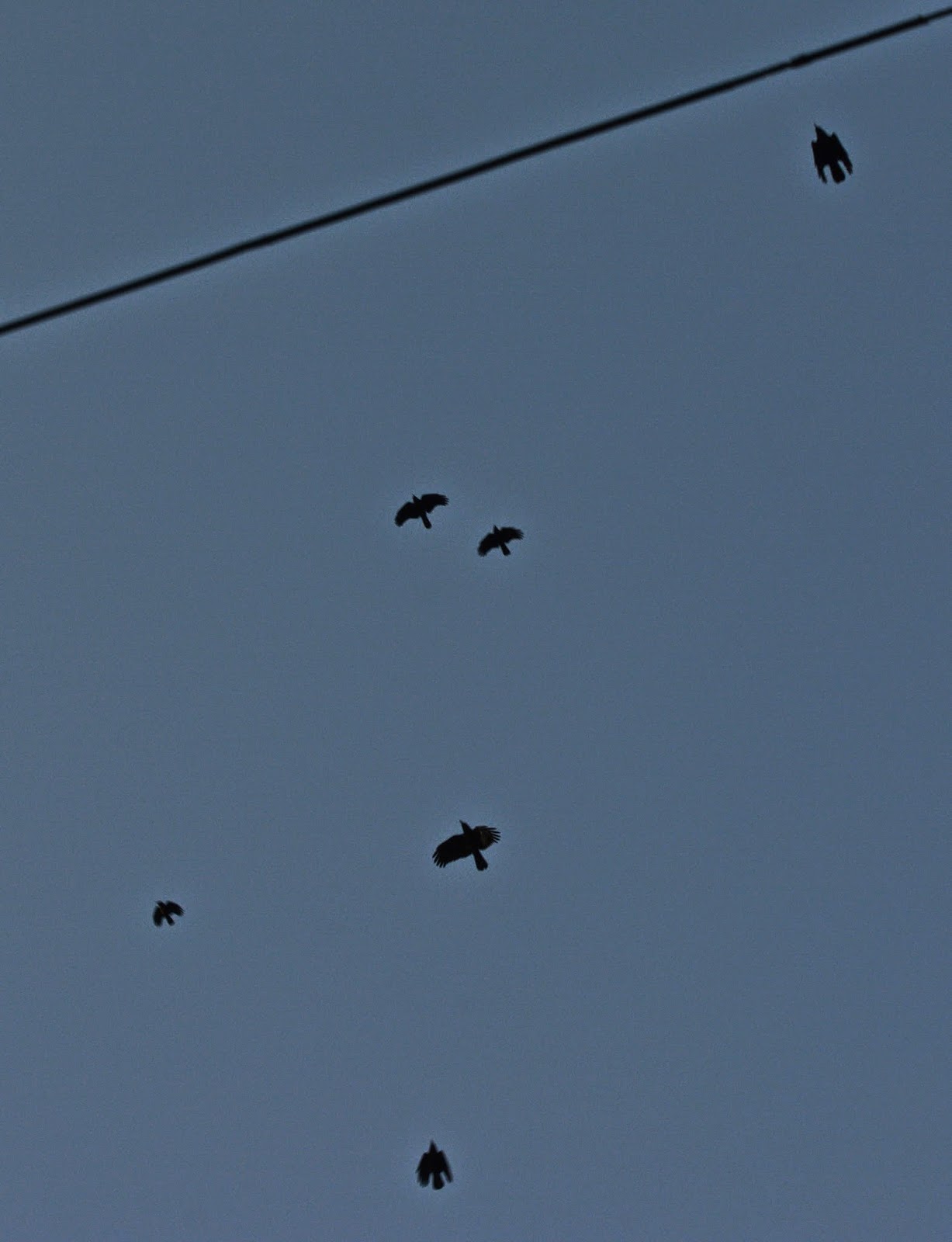 Christmas lights are going up in ernest now.  Two blue ones caught my eye.. 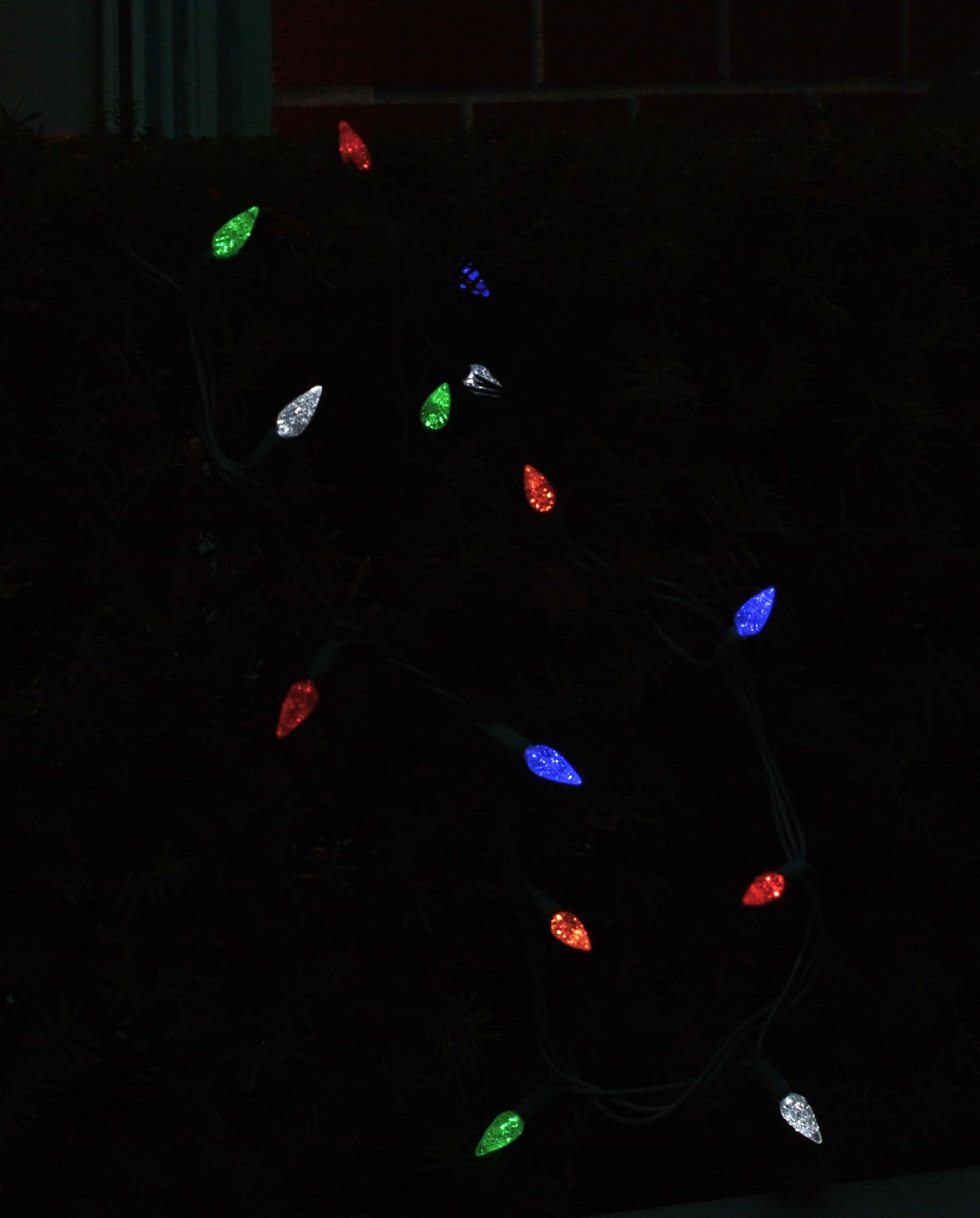 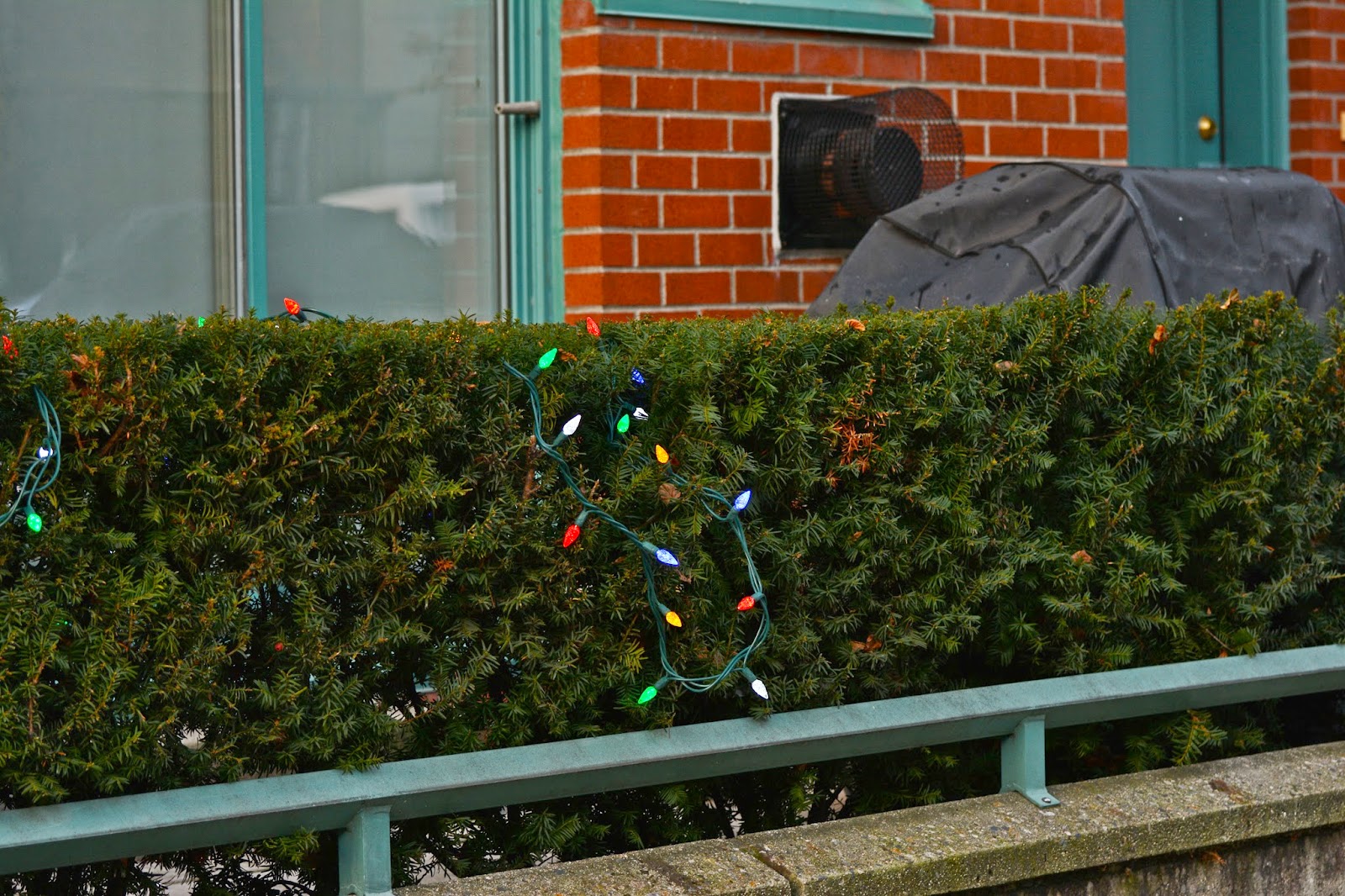 Later, as we walked home, I asked Bill to stand in front of this café.  We've never been in it, 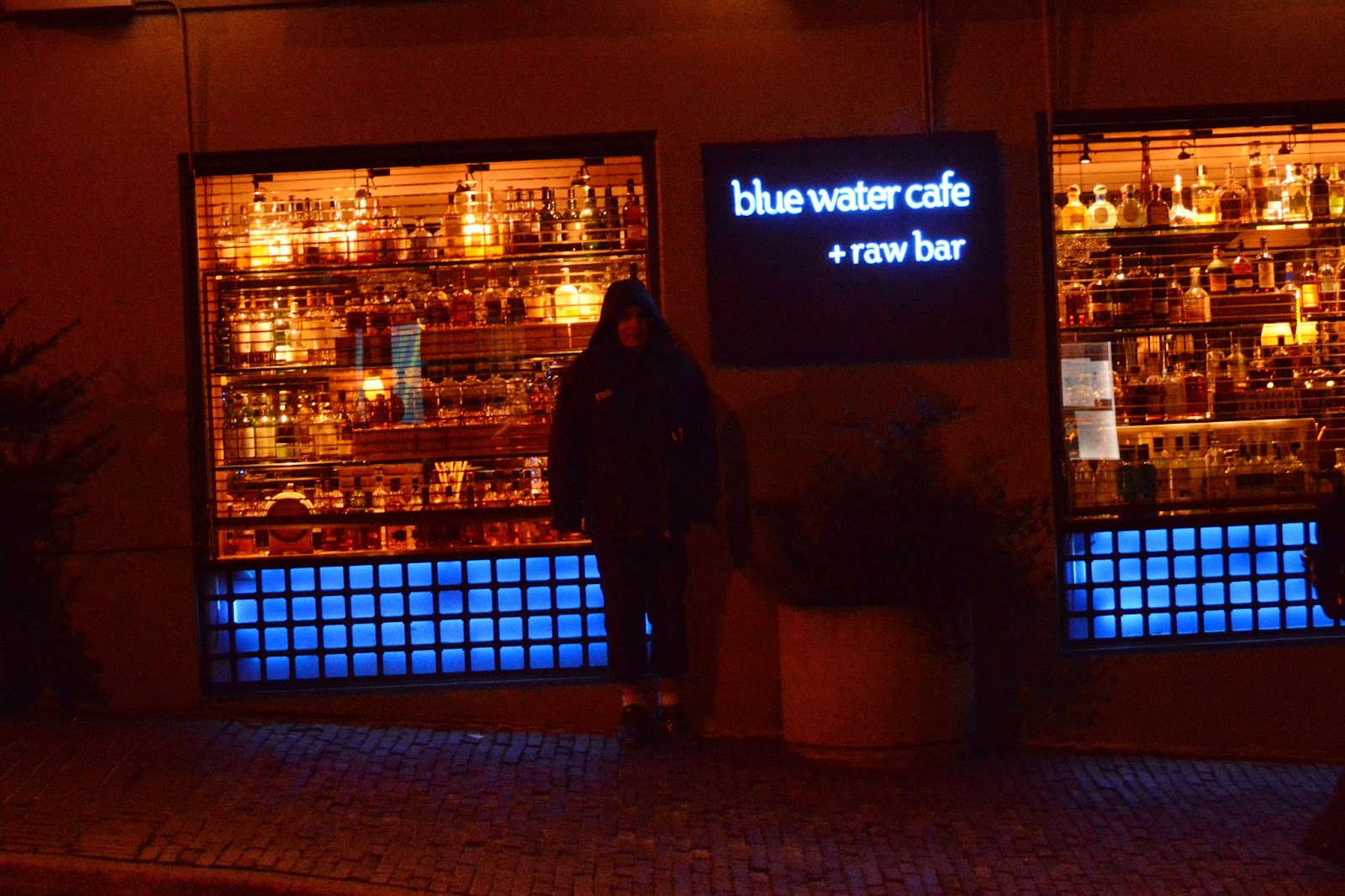 but the blue stands out.  I did my best to capture both Bill and the background.. 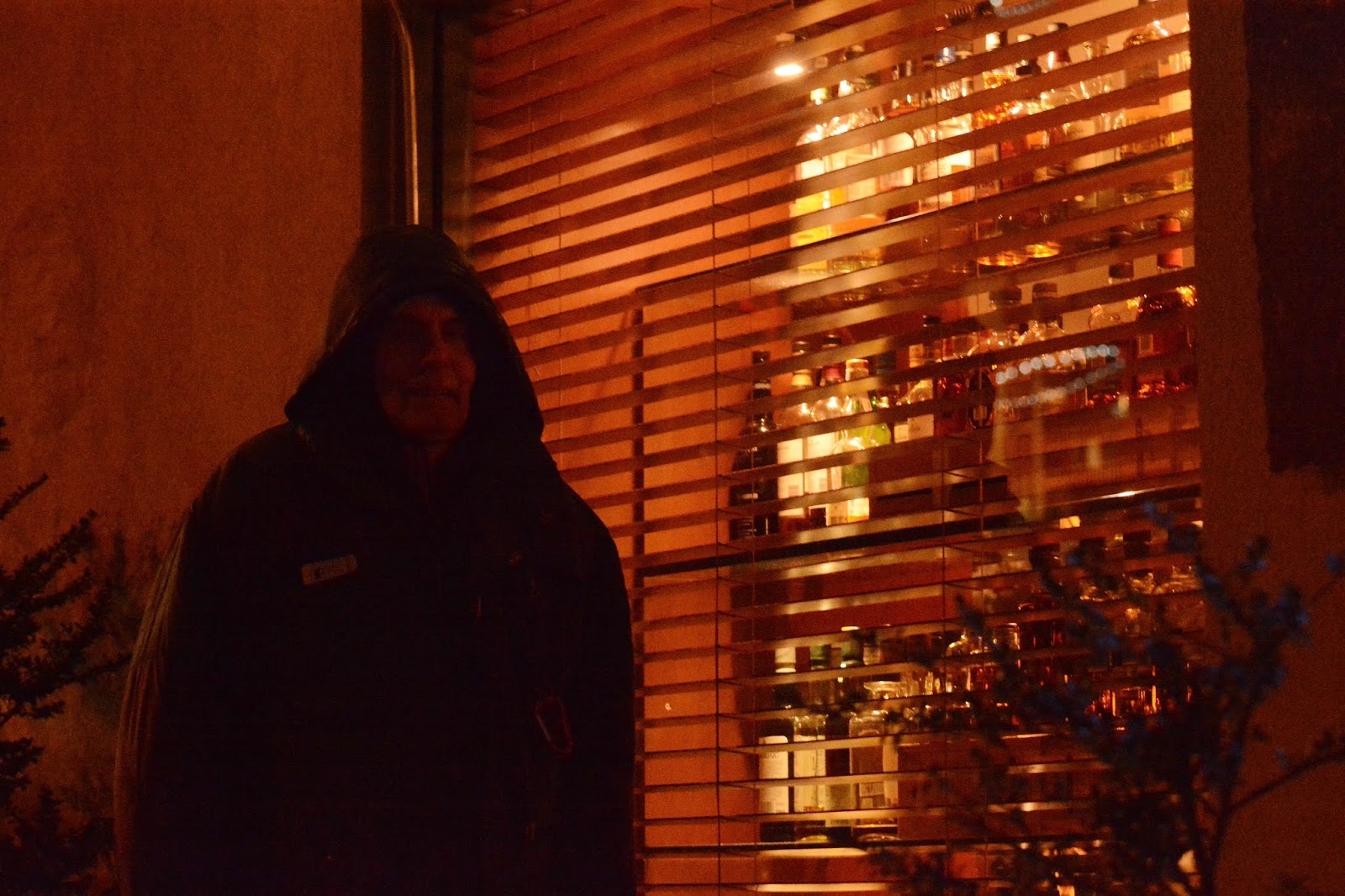 but in the end, settled for his "hooded" look. Don't you think he looks like a hip young fella? 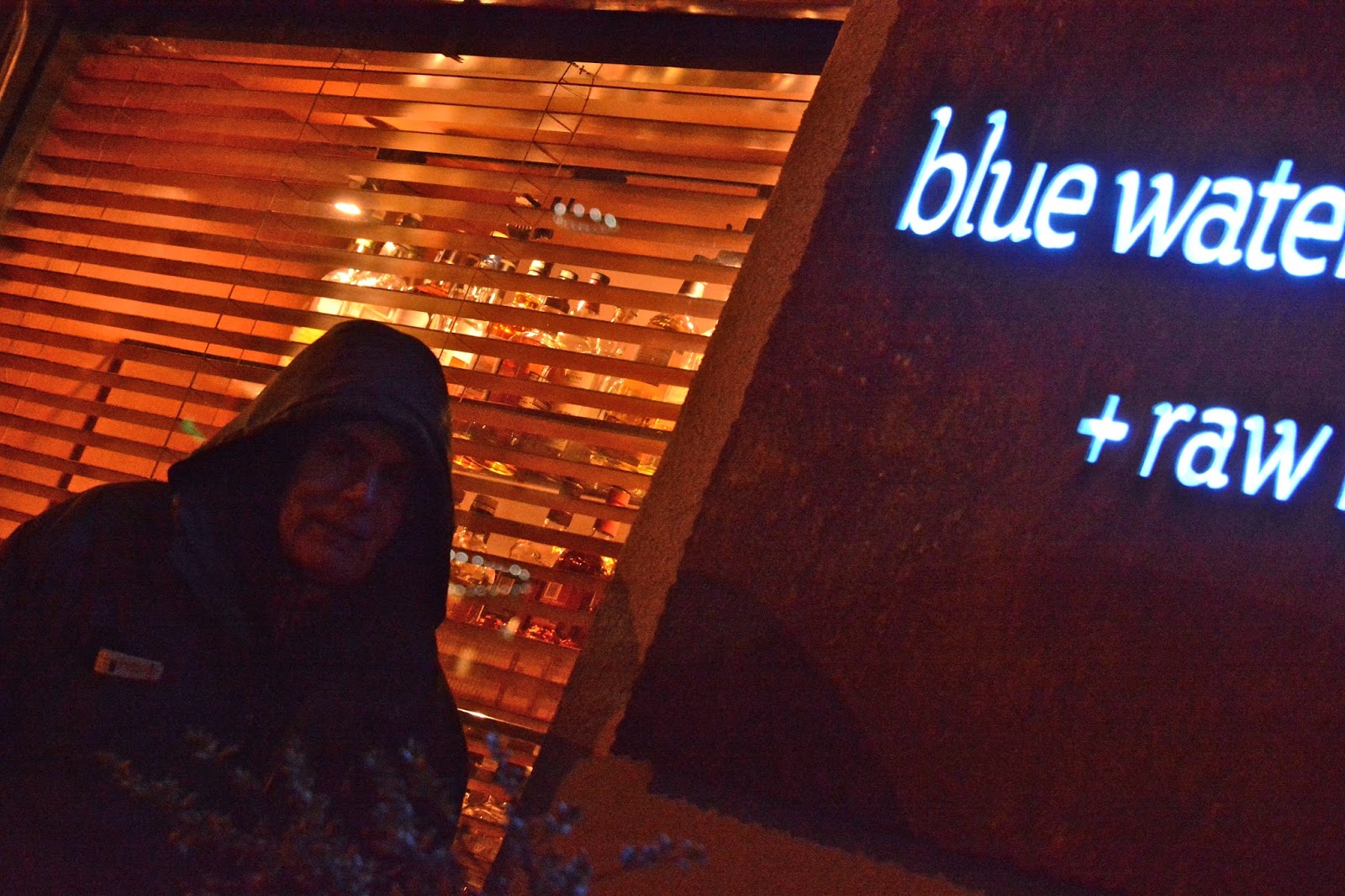 The café was open, but my camera, for some unexplained reason, picked up the "closed" instead. 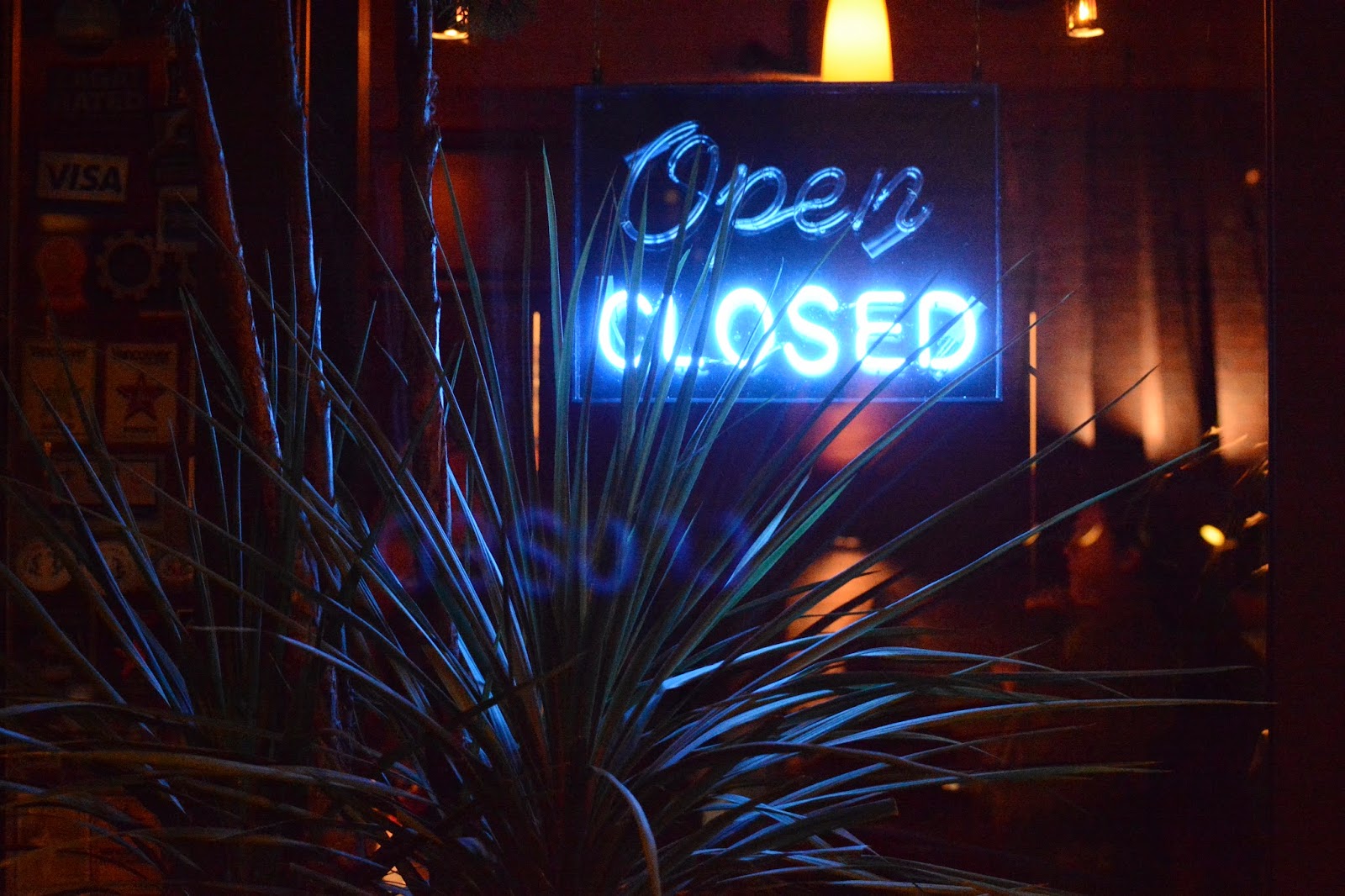 We altered our route a bit, hoping to spot Oli the owl (blogged about in my last two posts), but there was no sign of him/her.  We did spot, way up high, a lone apartment window sporting blue decorations.  That was our day.  A good one.  Many thanks to you for dropping by and to Sally for inspiring "blue" observations. A very happy Monday to each one of you. 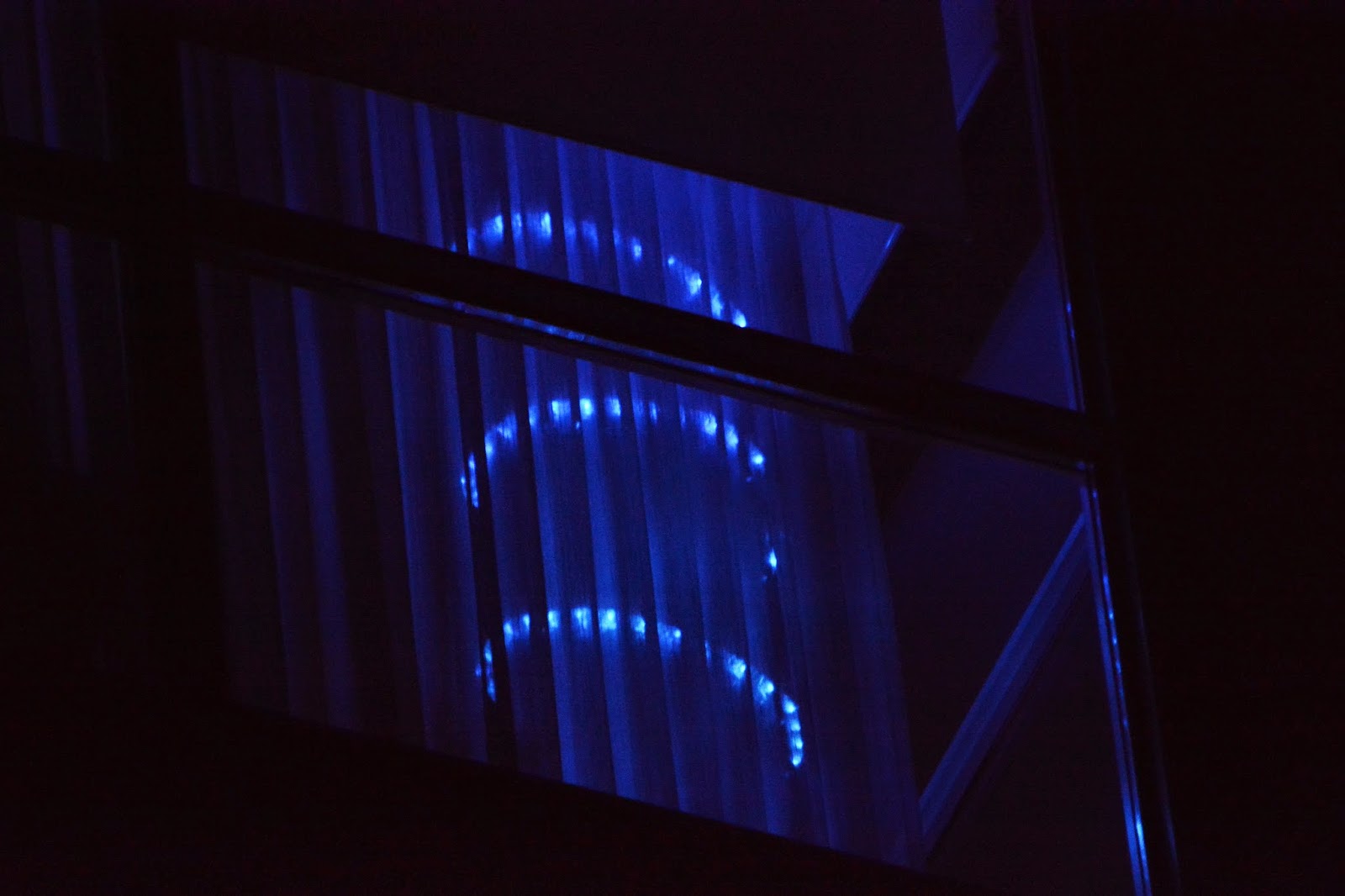