The Letter "V" for ABC Wednesday (posted on Thursday)

Mrs. Nesbitt's ABC Wednesday is celebrating the letter "V" this week.  Many thanks to the Valiant team of Volunteers that has kept this meme functioning Vibrantly for  many years.

I found a few unusual words at the Phrontistery site to share with you:
1. varietist: an unorthodox person
2. verbomania: craze for words
3. vielle: 4-stringed instrument played with a small wheel
4. volucrine: of like or pertaining to birds; birdlike

A Vielle sounds a lot like a bagpipe.  "Montée des boix de Vaux" is played on one in this Video, but you may want to lower your Volume until you decide whether or not you like it.
Rain has been in the forecast for most of this week, but in between the showers, there have been spells of beautiful light and balmy temperatures.  I caught this volucrine image outside our balcony window on Tuesday morning. 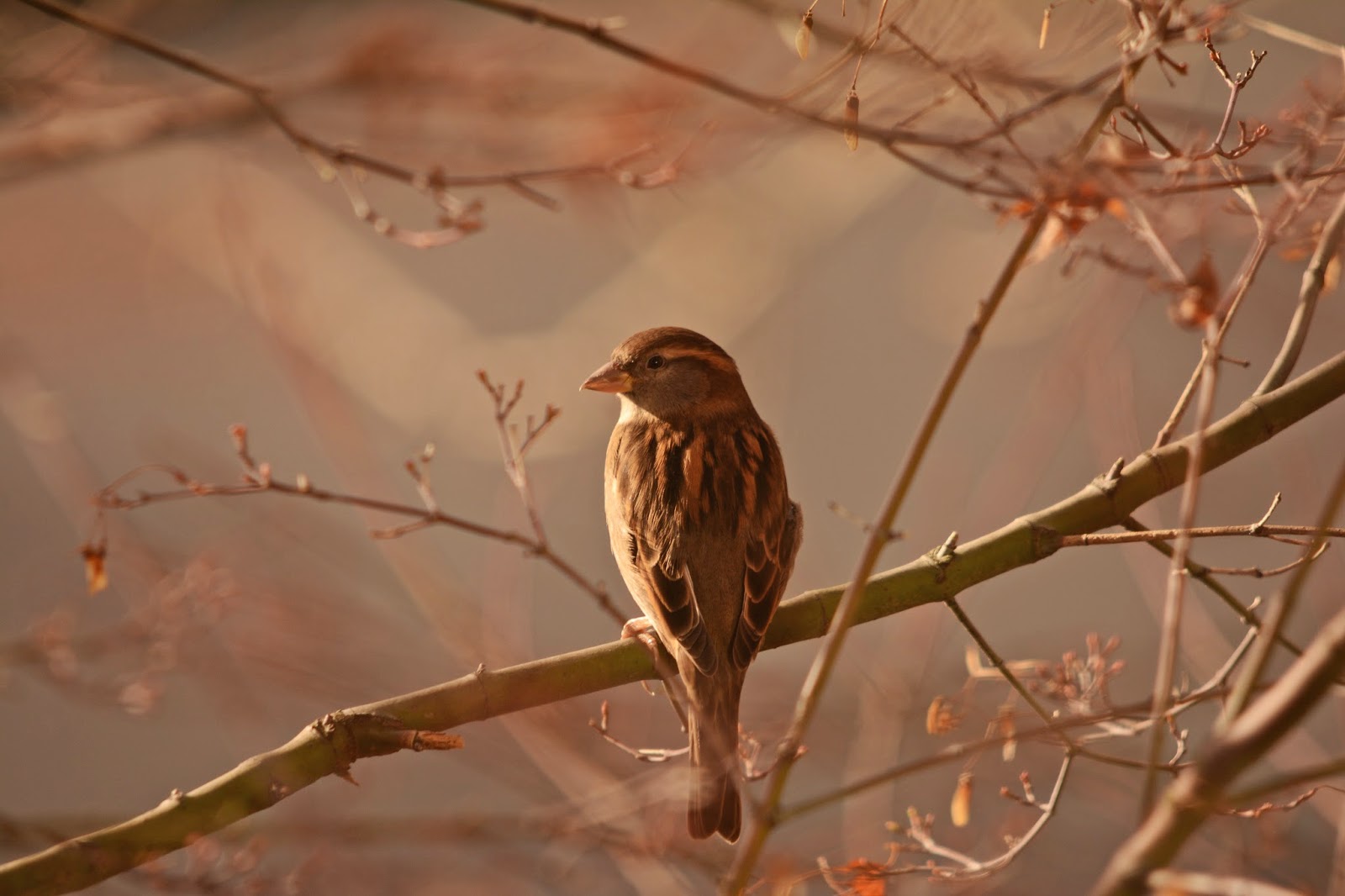 In the afternoon we Ventured around False Creek on our bikes, 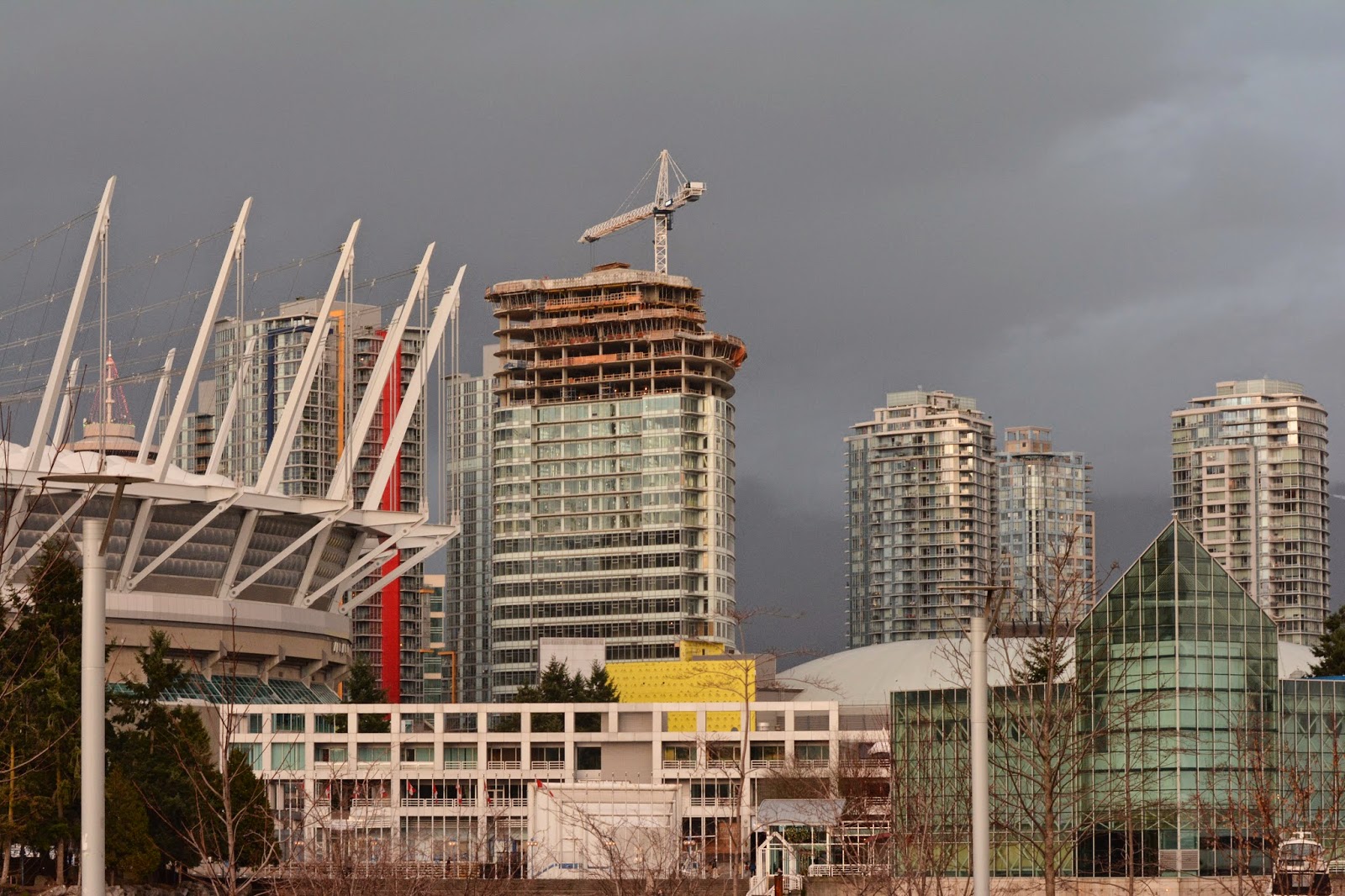 stopping by Olympic Village to let Black Jack give Vent to some pent up energy. 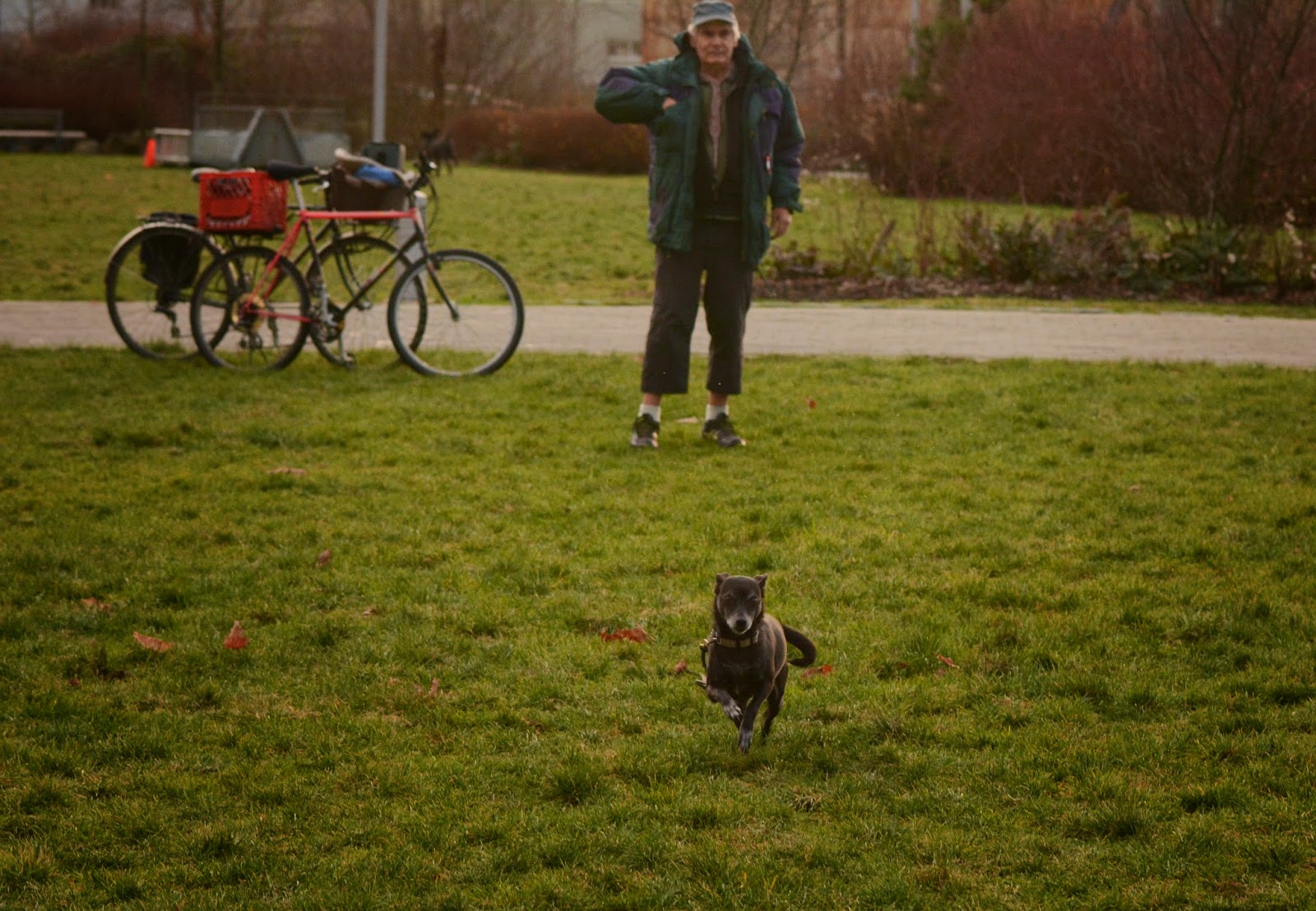 The Verdant field was rather soggy but that didn't dampen her Vivacious energy. 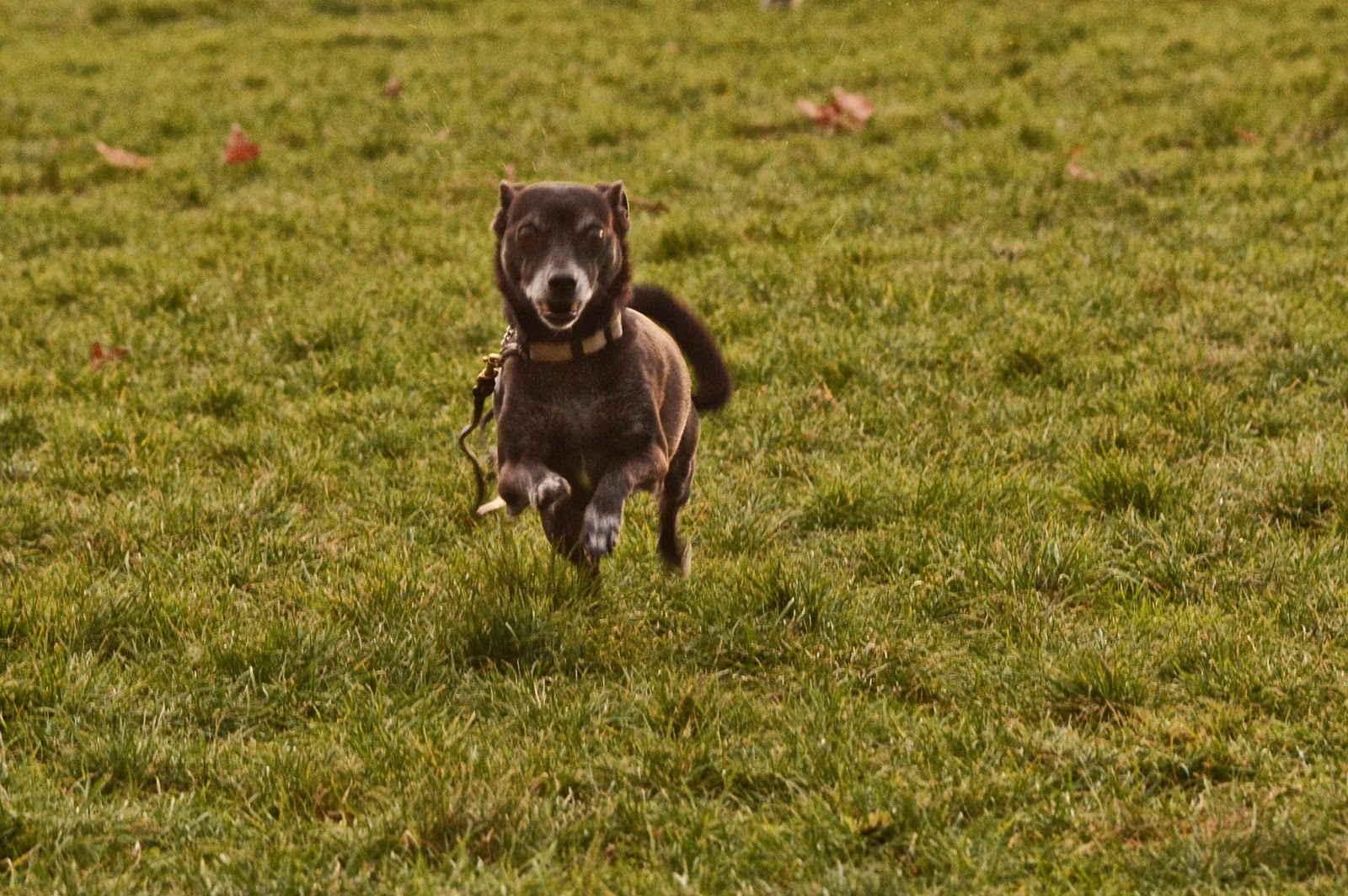 "Bulrush" and "cattail" are Vernacular names for this plant.  I learned from this site that "spadix" is the term for the flowering head that you see here.  I don't know why I like this photograph so much, or why I only seemed to see one spadix reaching over all the others in the marshy stream near the field. 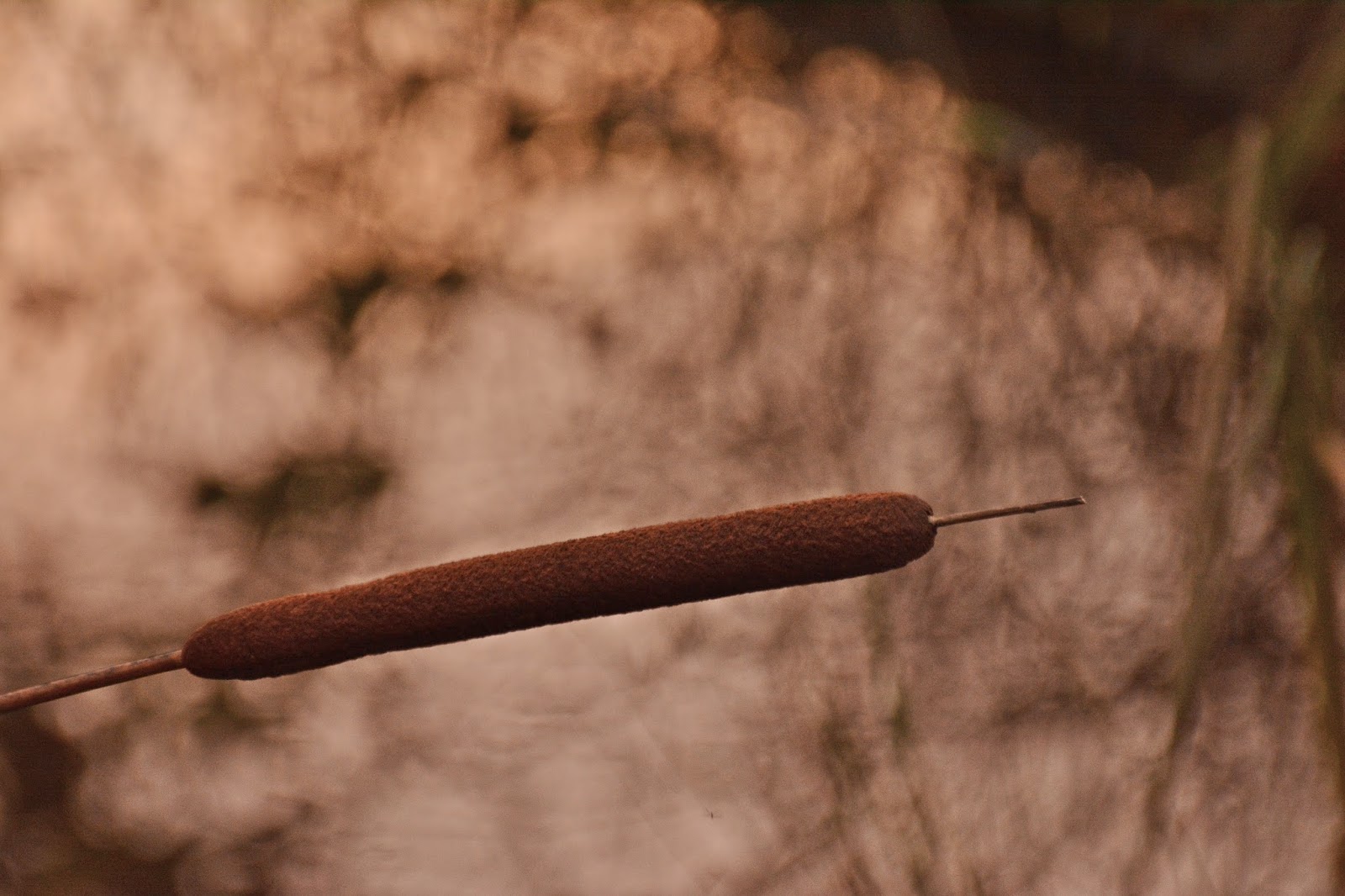 I am always struck by the Variety of Views available to us from Vancouver's Olympic Village.  Look one direction, and the Vista is not that appealing: cars exiting the ramp from the Cambie Bridge, charter boats and yachts crowded into a small space, and sandwiched between the two, a Skytrain makes its way downtown with afternoon commuters. 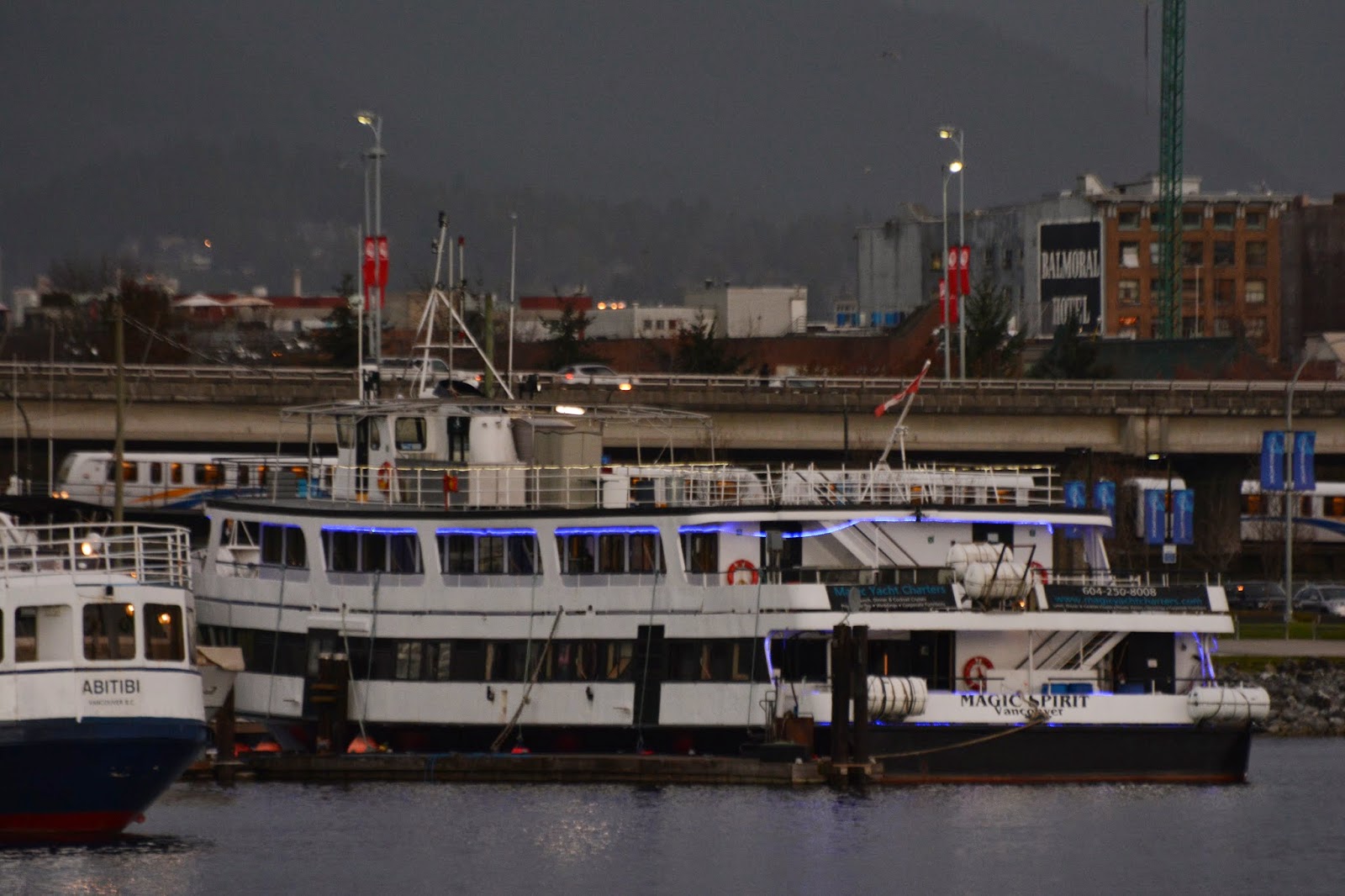 But, shift your eyes upward, and the "V" shapes of crows heading home to roost as they do every day at this time inspire a Visceral sense of magic.  I loved the mirror-image couple at the top centre in this photograph. 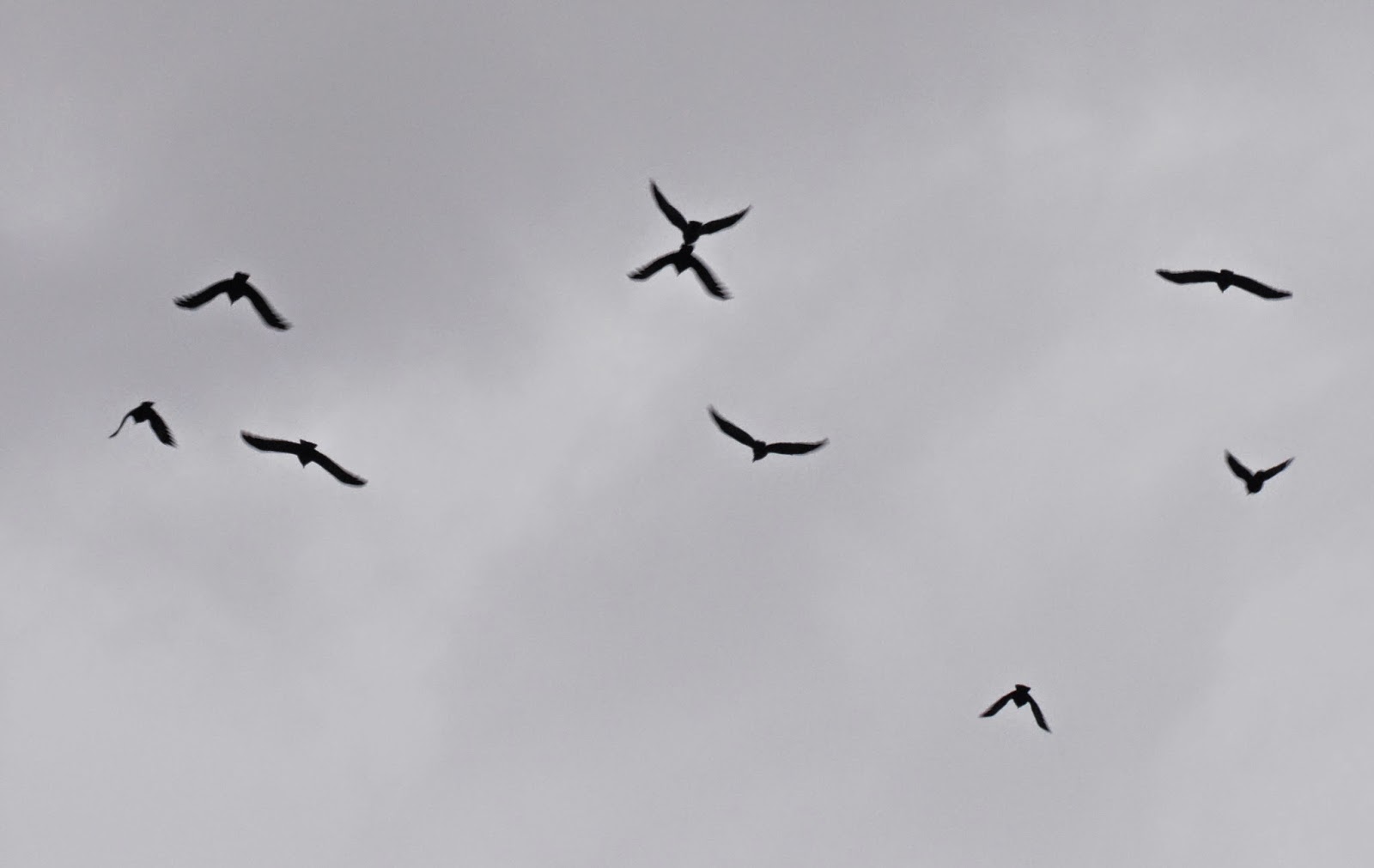 The same two crows are Visible at lower centre in the photo below, wings now inVerted. 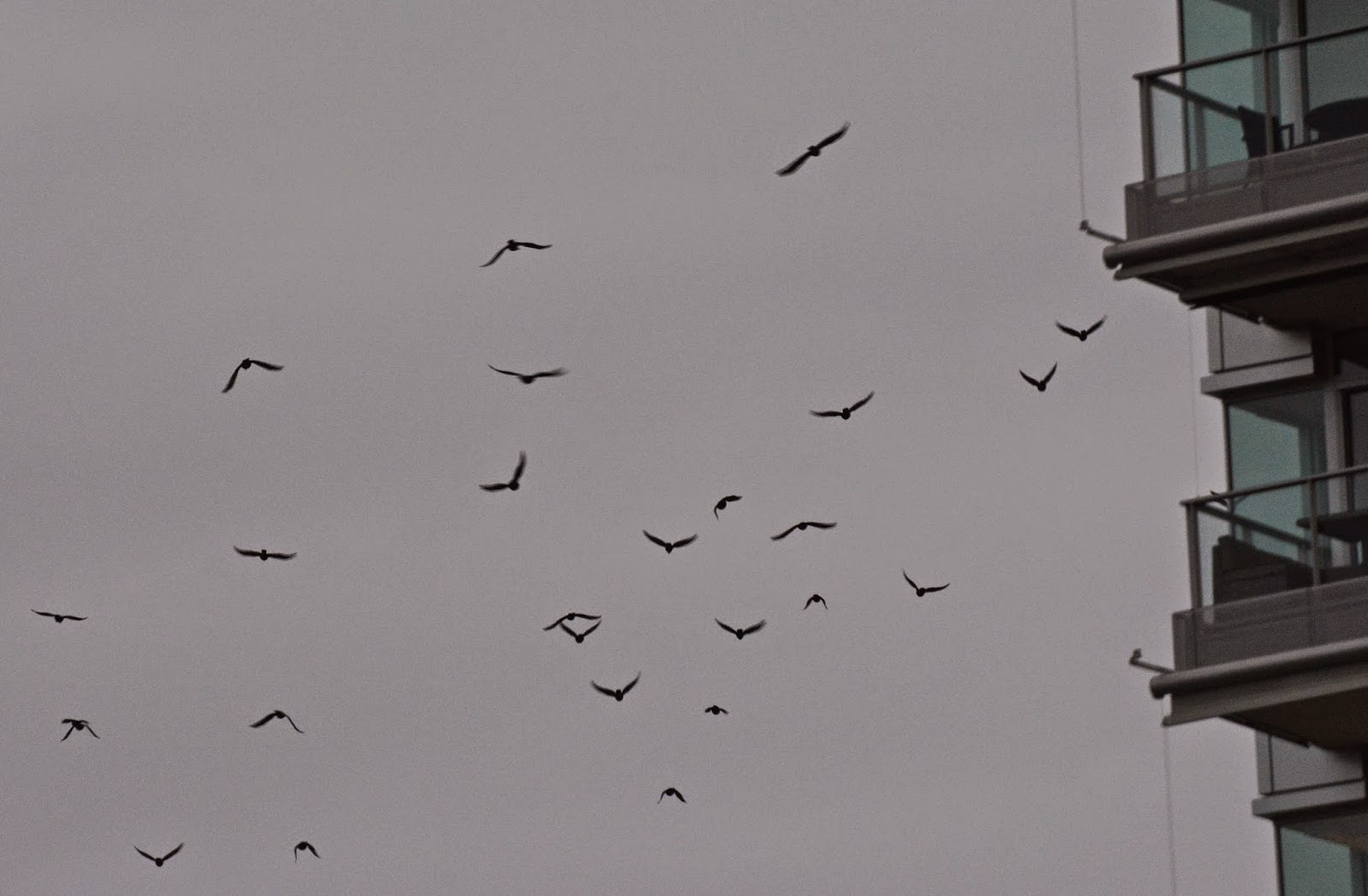 Shift your eyes sideways, and you spot a dog going for a Vigorous romp along.. 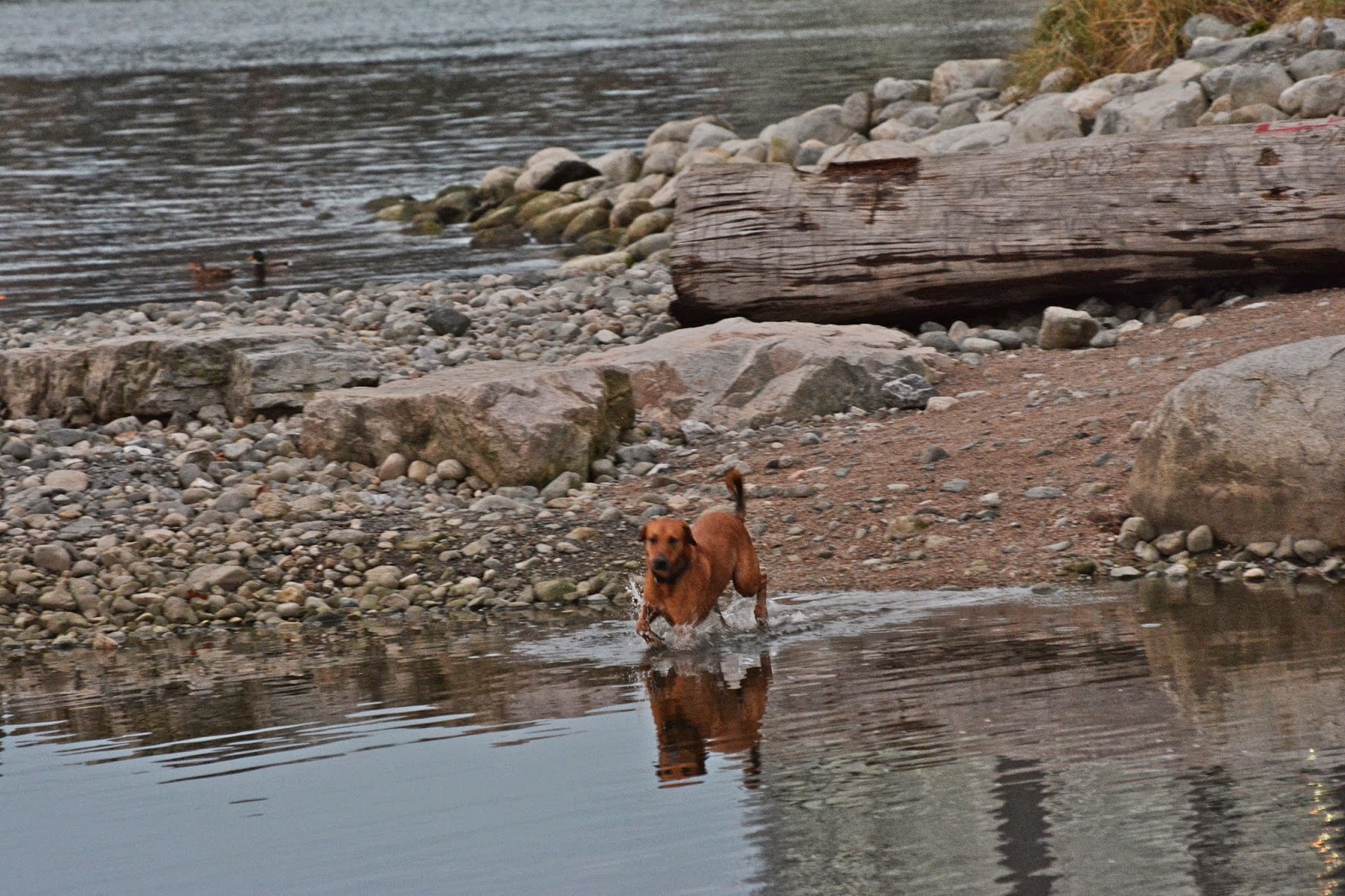 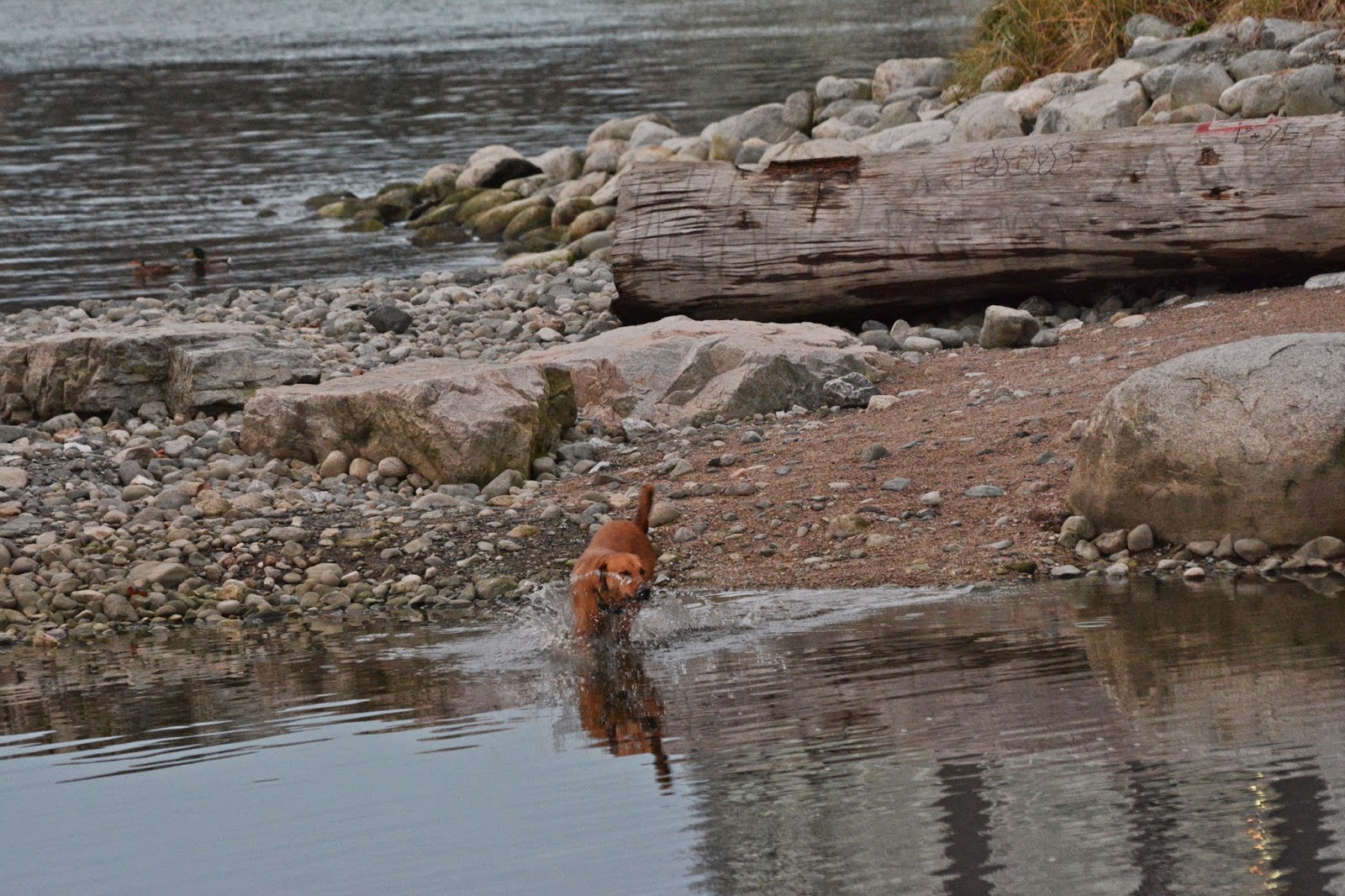 I appreciate that city planners made an effort to stimulate the imagination as well. "Human Structures" by Jonathan Borofsky, sat proudly in the field behind us, with its Variegated shades expressing the idea of “humanity connecting to humanity, across all racial and ethnic lines and other divisions." 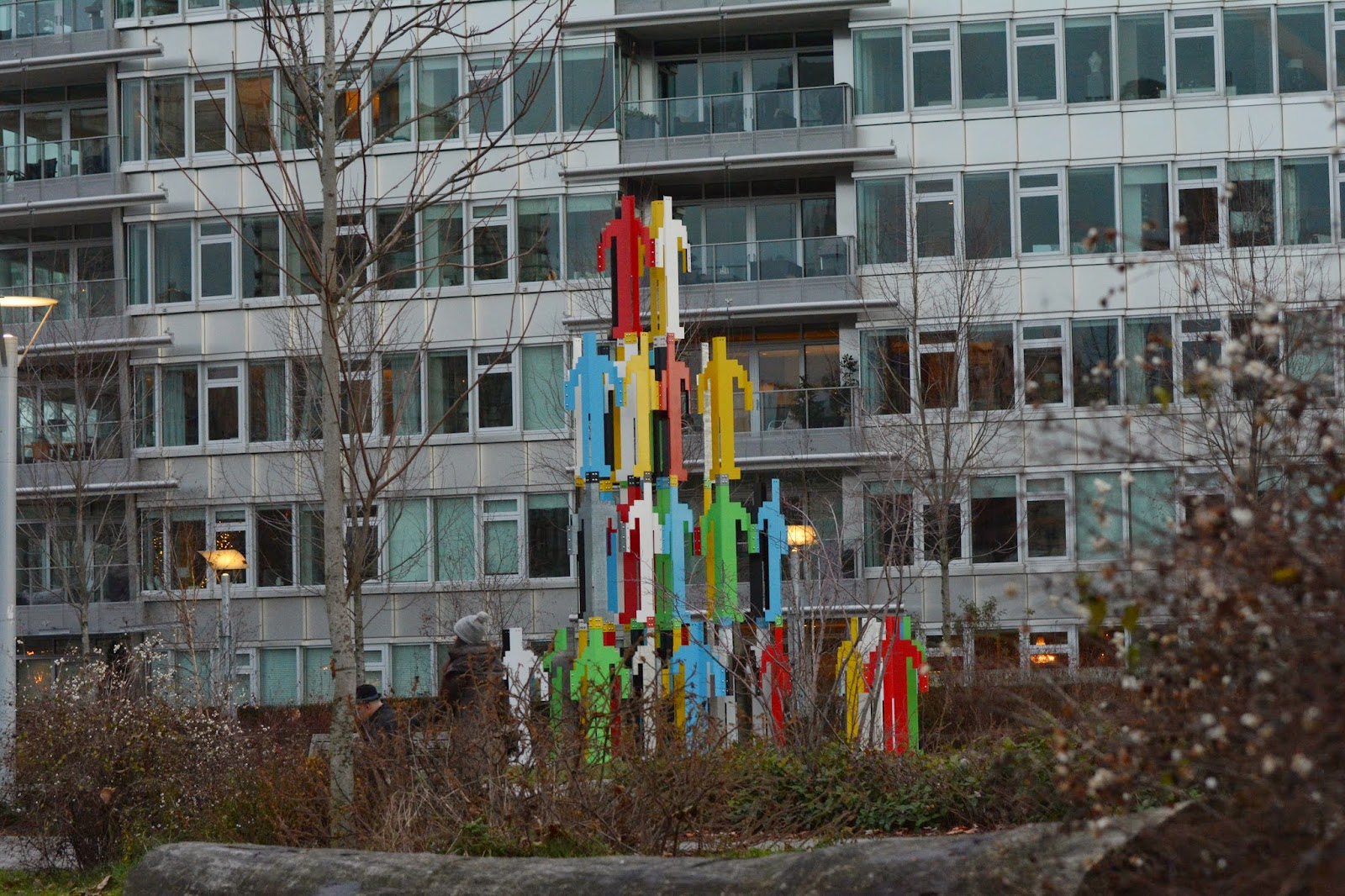 Bill Validated my pleasure in the moment by adding his handsome.. 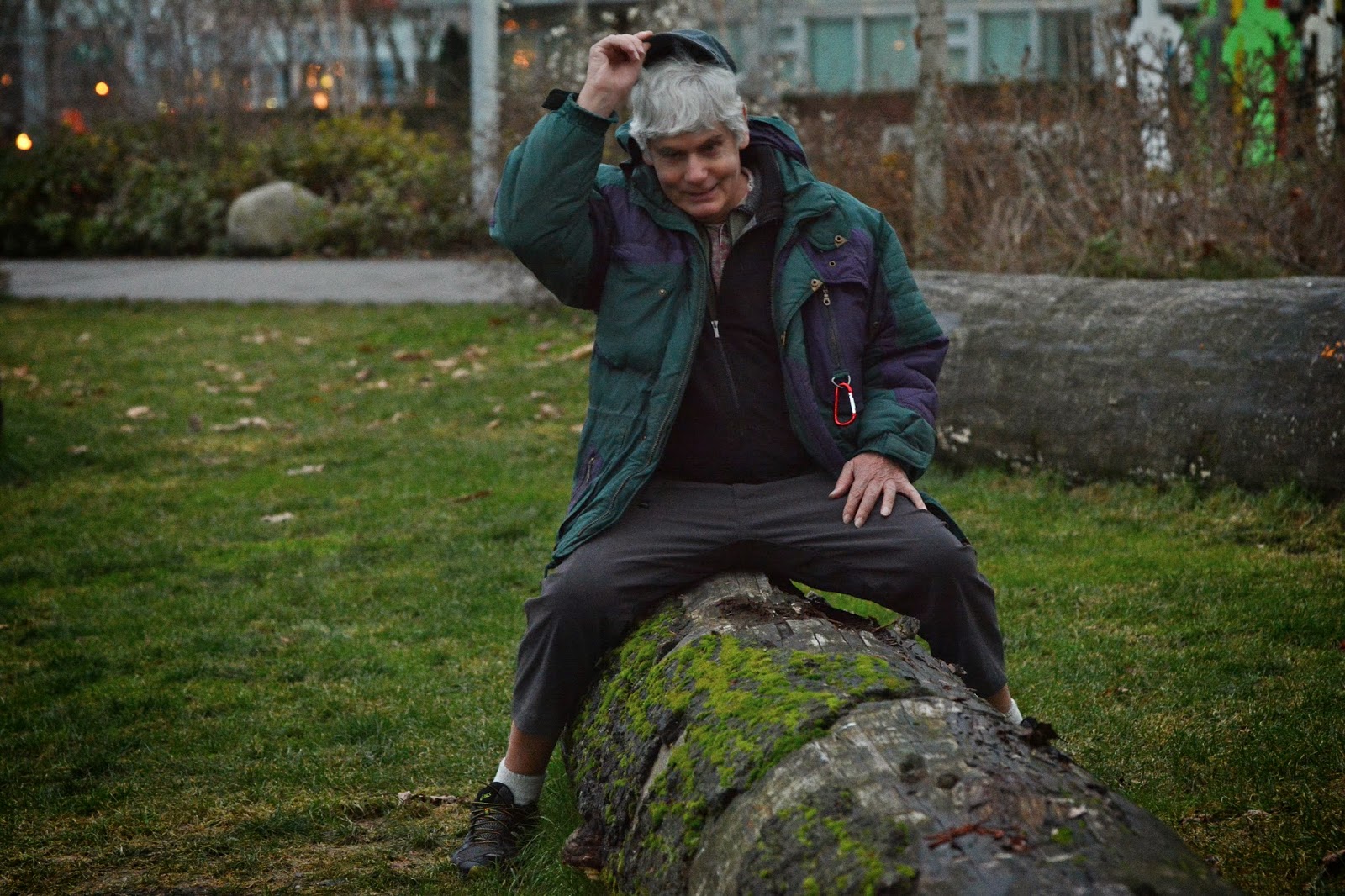 Visage to the collection of memories I savoured later as I pored through photographs. 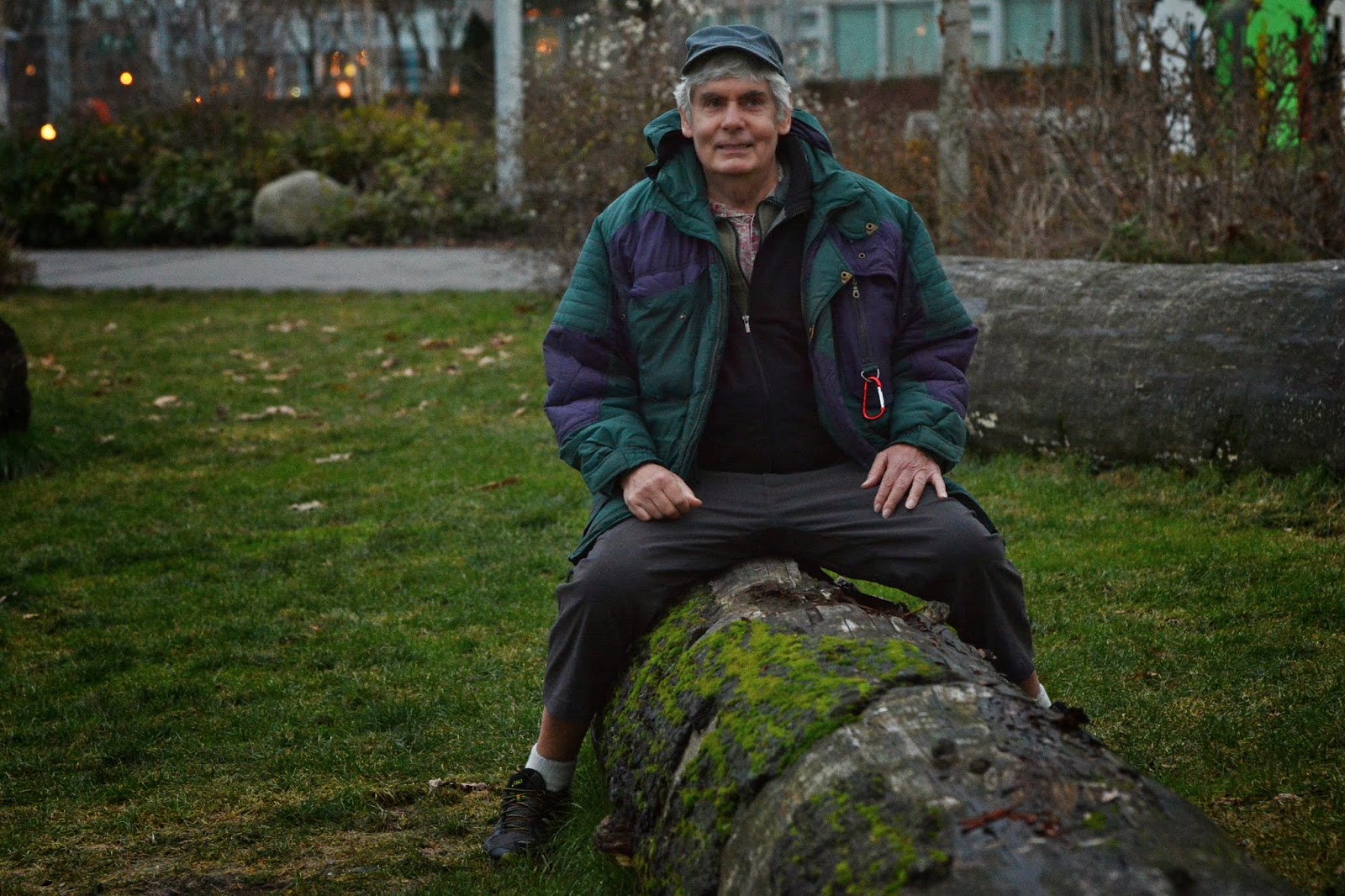 We joked that this new form of transportation may have lacked the Velocity of his bike but we weren't in a hurry. 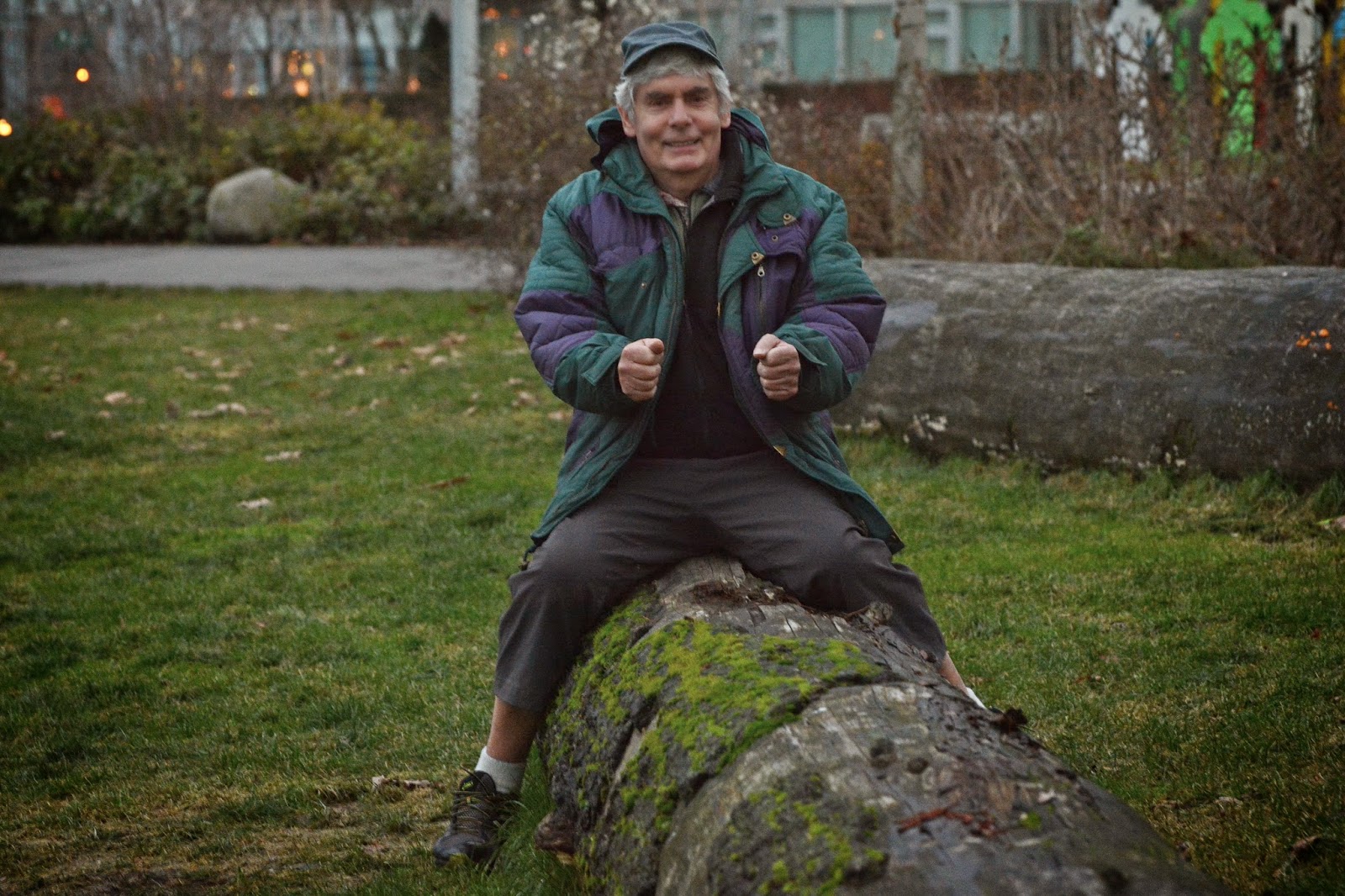 With darkness falling, I caught some white berries against Velvety mist.  I'm curious about these.  They were all about us.  Could they be poisonous sumac berries? 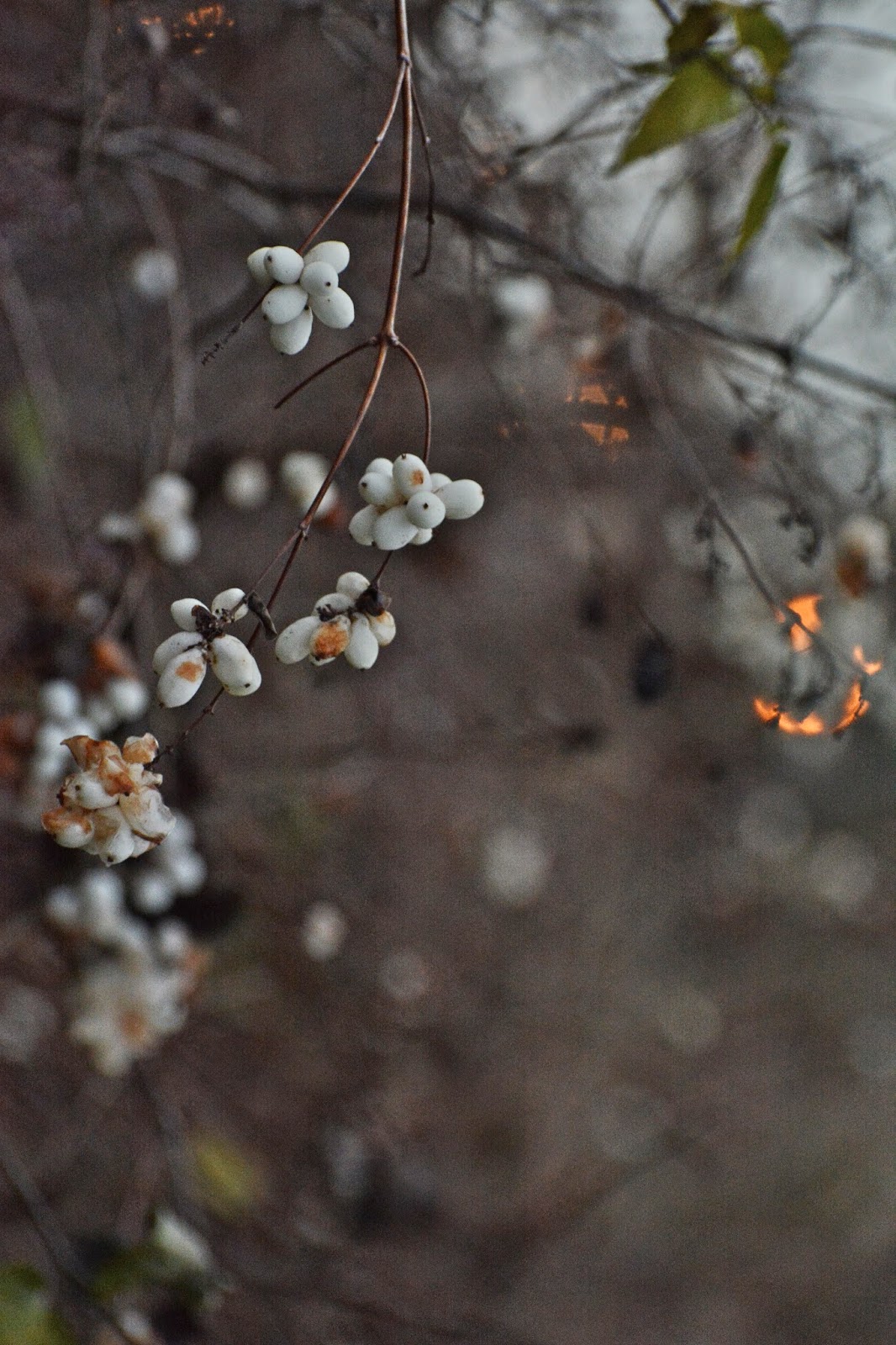 After countless Visits to this area, we noticed for the first time that City Hall could be seen in the distance.  It wasn't late.  Just 4:15, but we knew it was time to get back on our bikes and.. 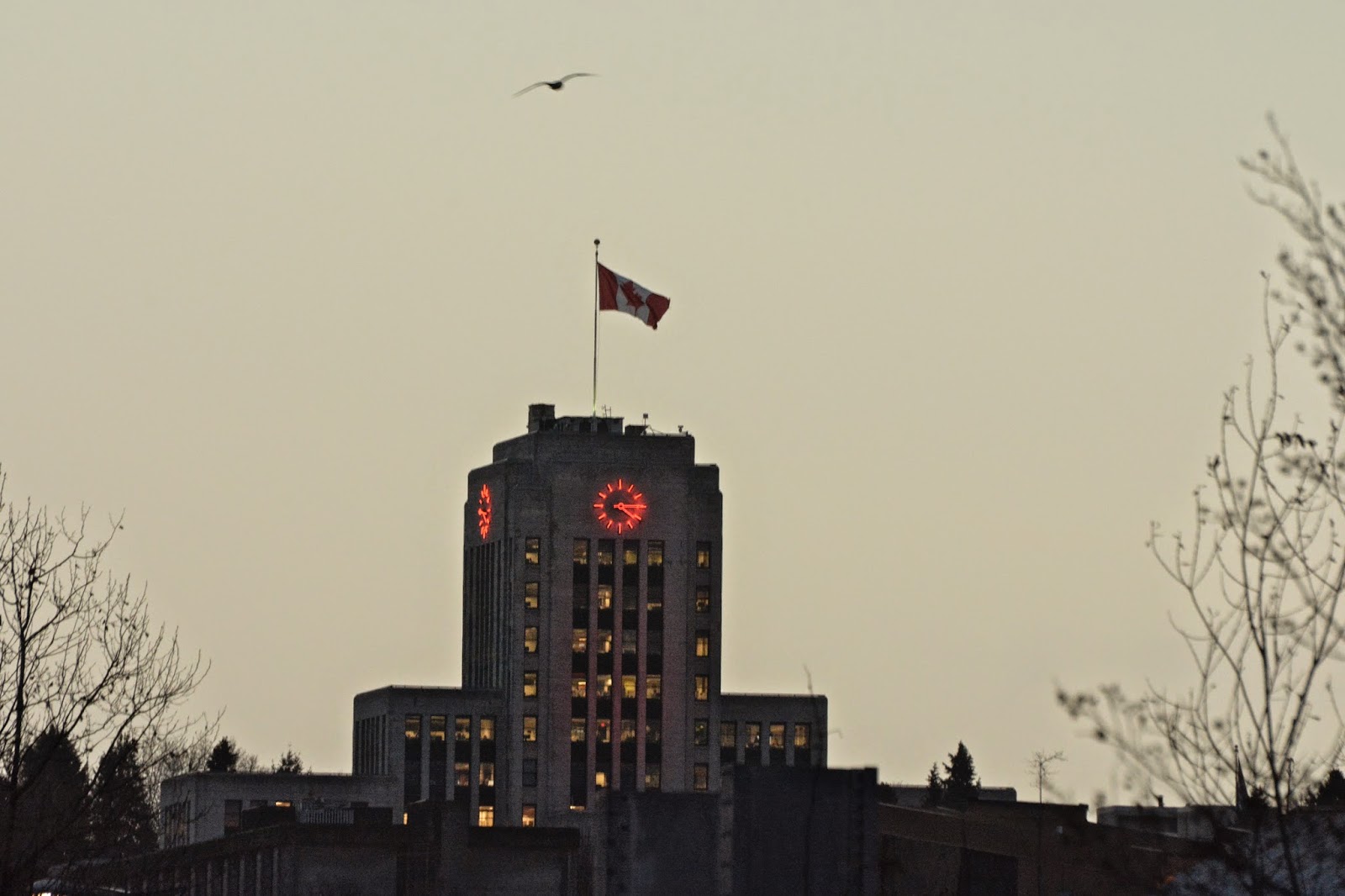 ride to Granville Island where we boarded the Aquabus for the five-minute Voyage.. 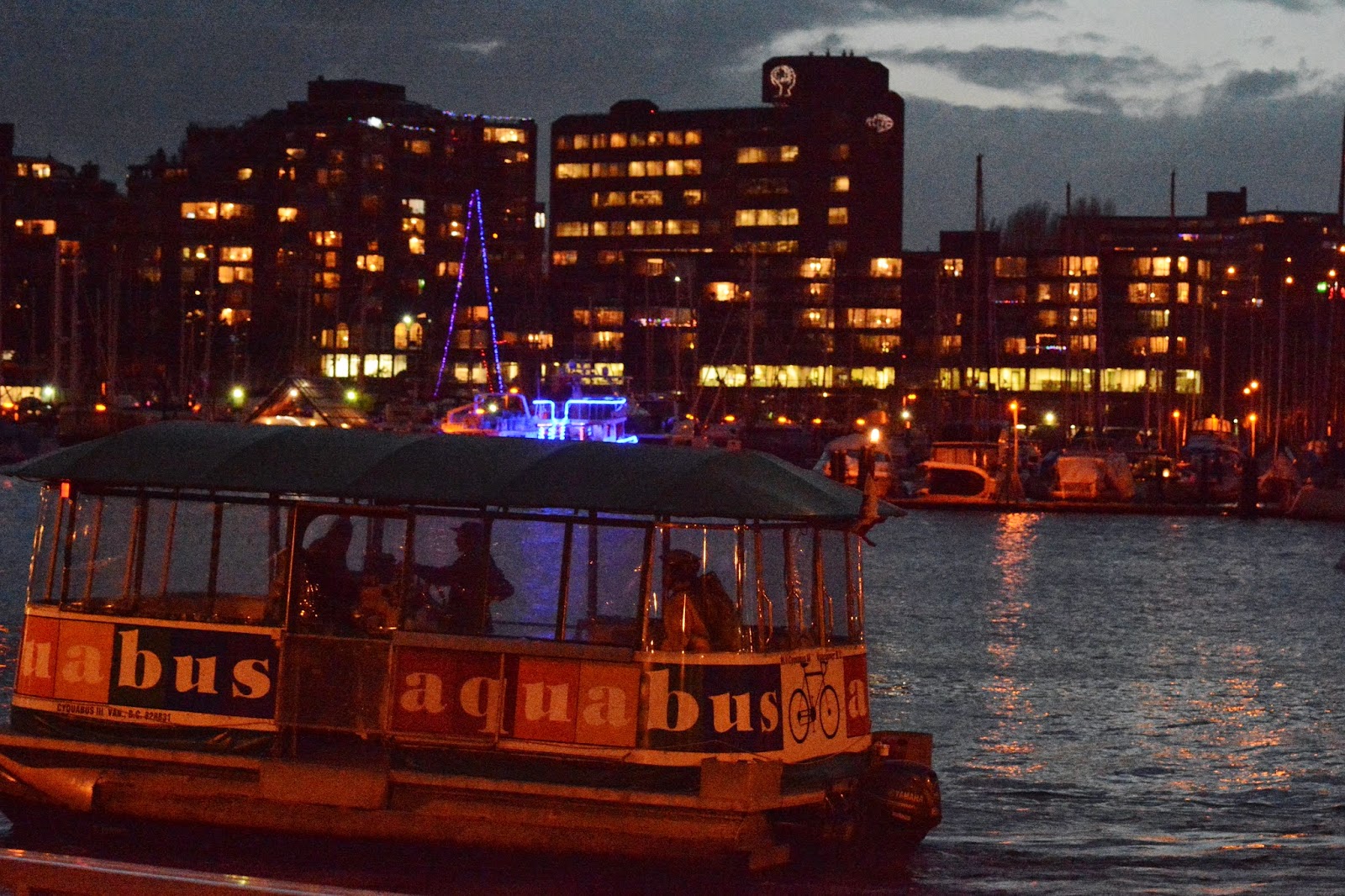 to the other side of False Creek.  I took this photo of the Burrard Bridge while on the ferry; the plastic-covered windows lent a Velour texture to the image. 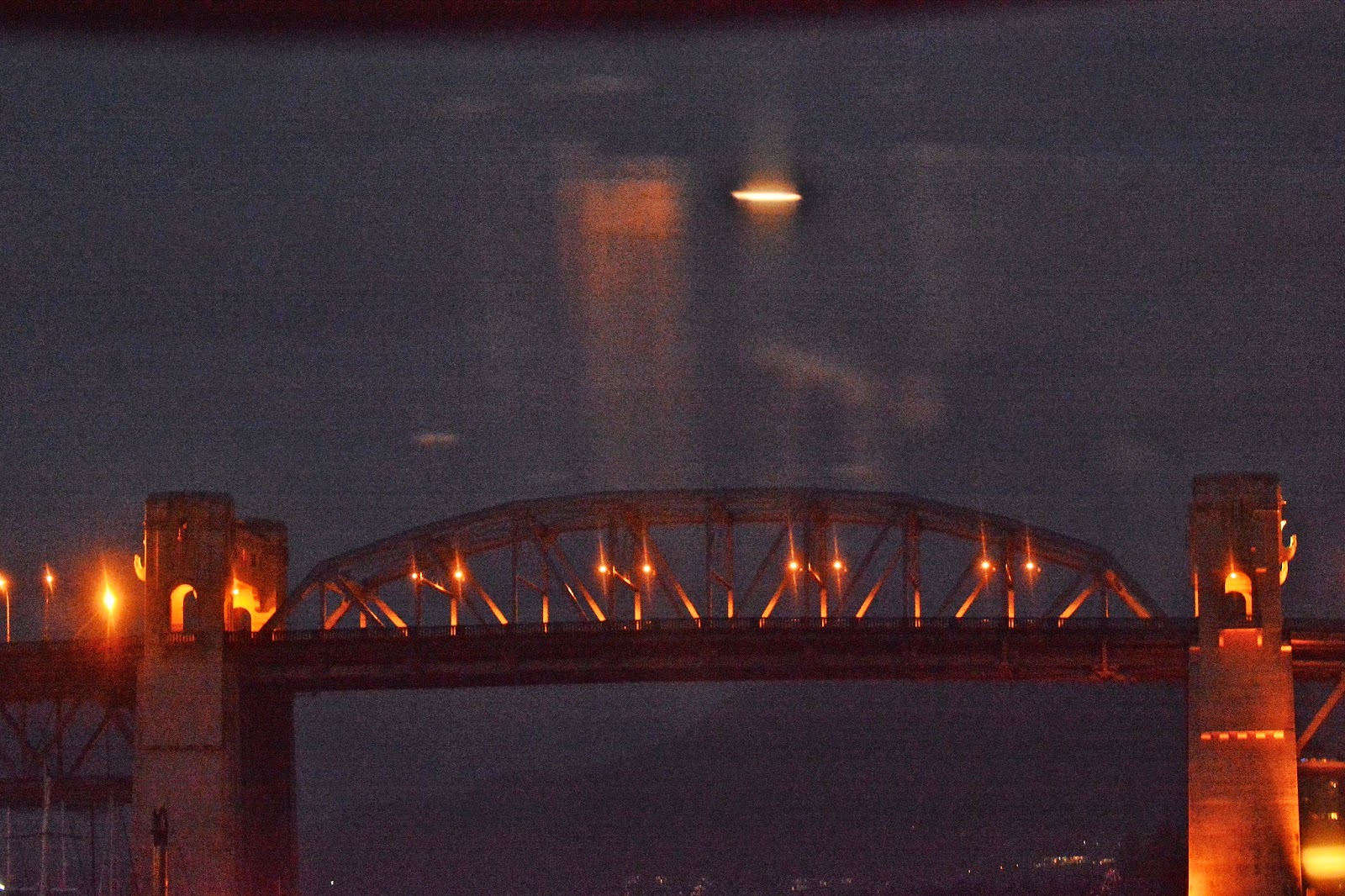 We rode our bikes after that to Harrison Galleries.  On a bookshelf beside us, I noticed for the first time a book by Zbigniew Kupczynski.  It was just the day before that I had posted about him.  His name doesn't contain a single "V" but he included a Verse in the book about a Violin.  There are a couple of grammar issues in that poem, most likely because Mr. Kupczynski is functioning in a second language, but I will copy it here, Verbatum.  The image of his paintings floating on an "ocean of melancholy"  is a strong one. 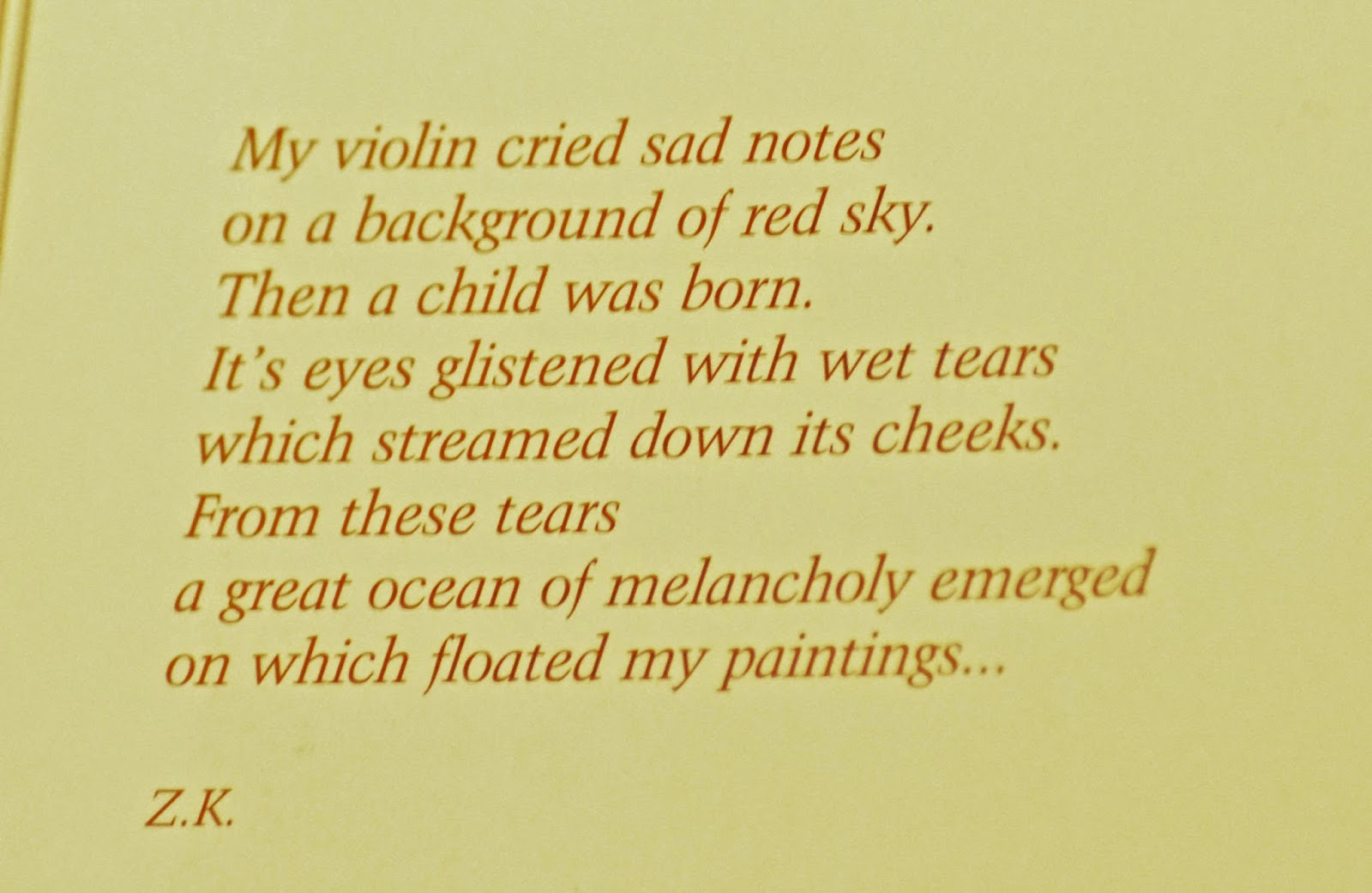 As said in my previous post, Bill and I met Mr. Kupczynski and his wife, Eva, this past summer as they enjoyed a beautiful day along False Creek.  We found them both to be varietists (unorthodox) people.  You may see that from this self portrait, and indeed,
in all of their artwork.  (Eva's tapestries can be Viewed here.) 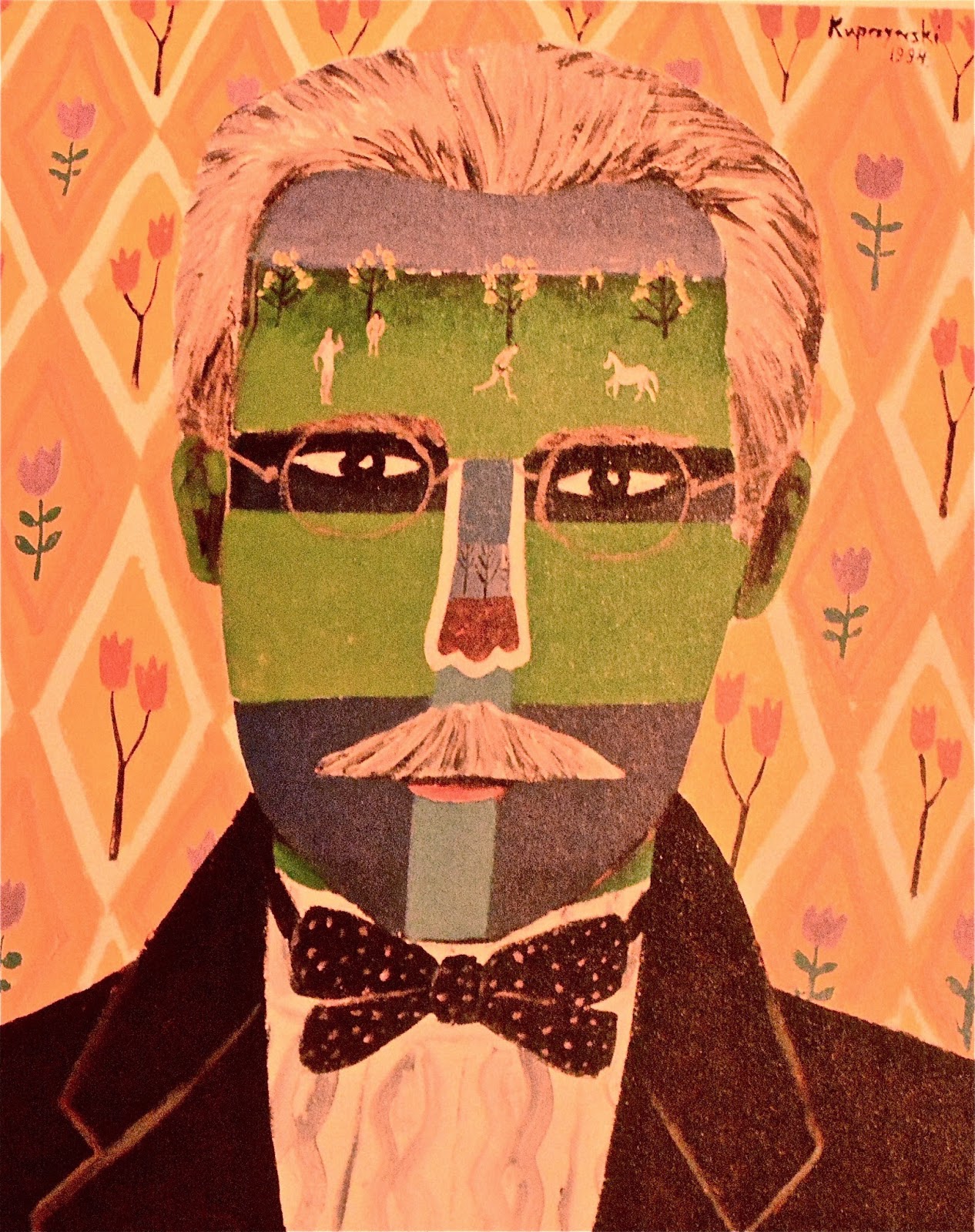 Tulips, trees and daisies dance across their features and Violins are played in the meadows of their memories. 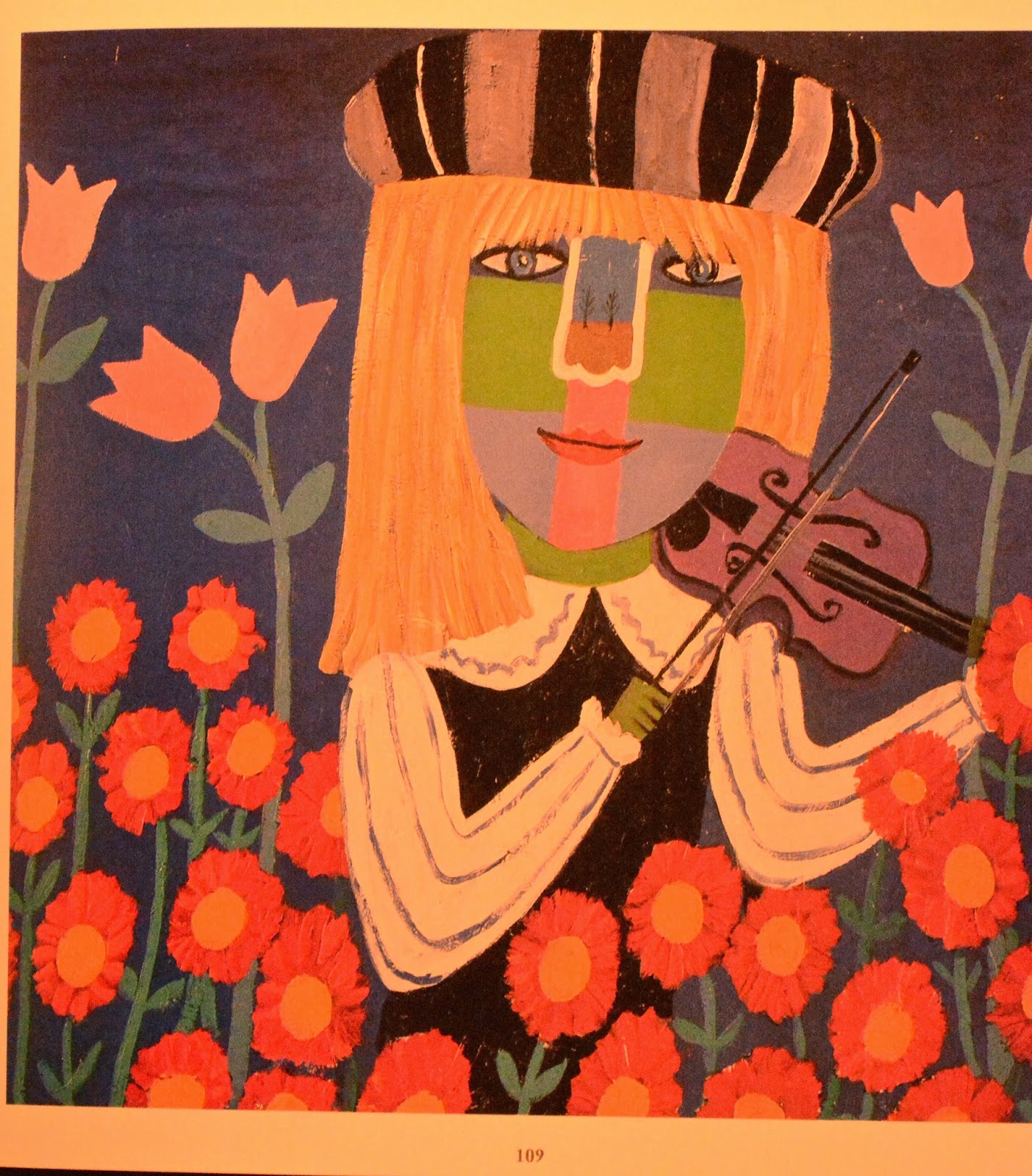 Later that evening, we watched tributes on television to hockey player, Jean Beliveau, who died on December 2nd at age 83.  He is remembered for his extraordinary skills and talent as an athlete, but more than that, words like Valiant.. 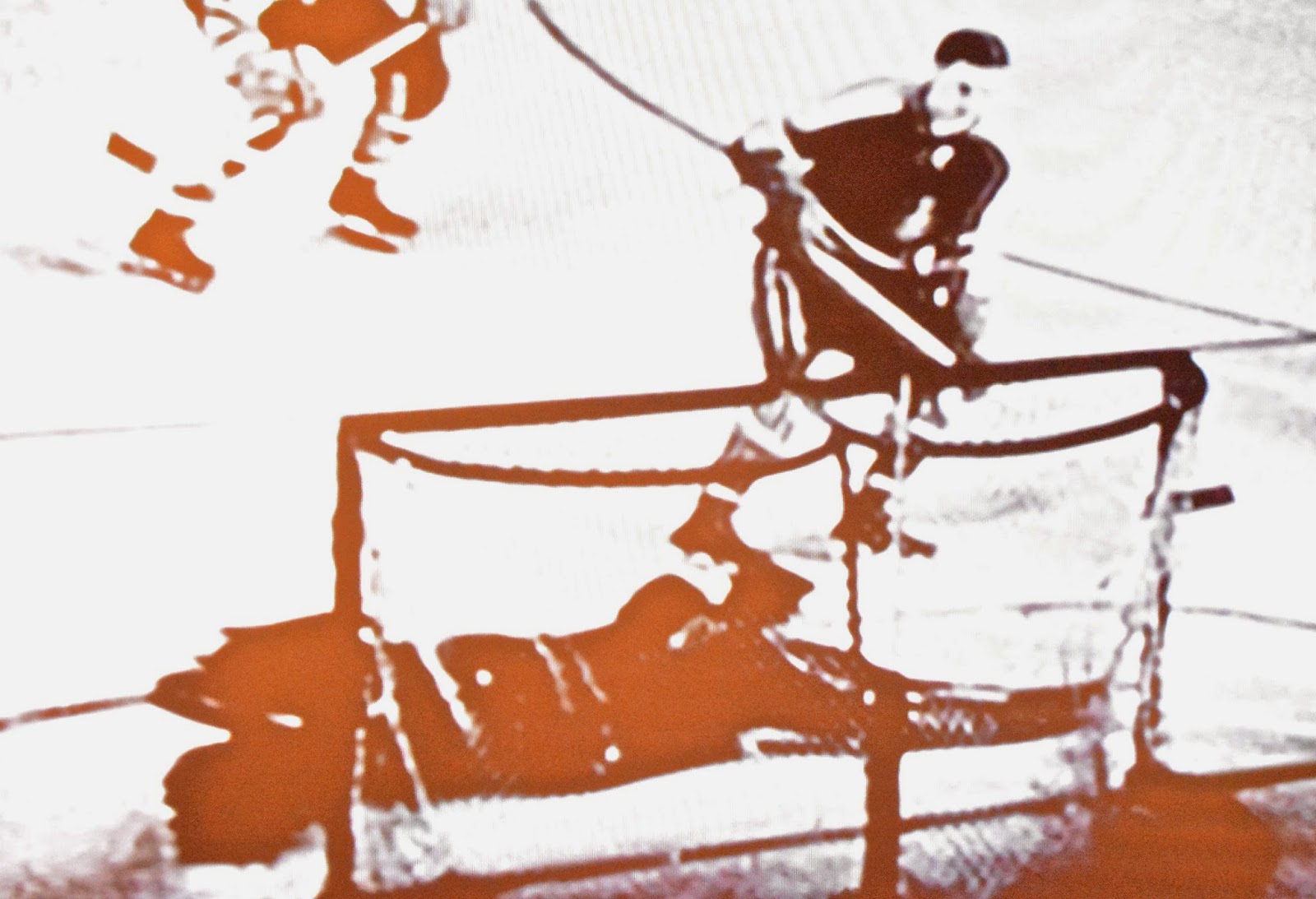 and Valourous came up in every tribute to him.  He was never too busy to sign.. 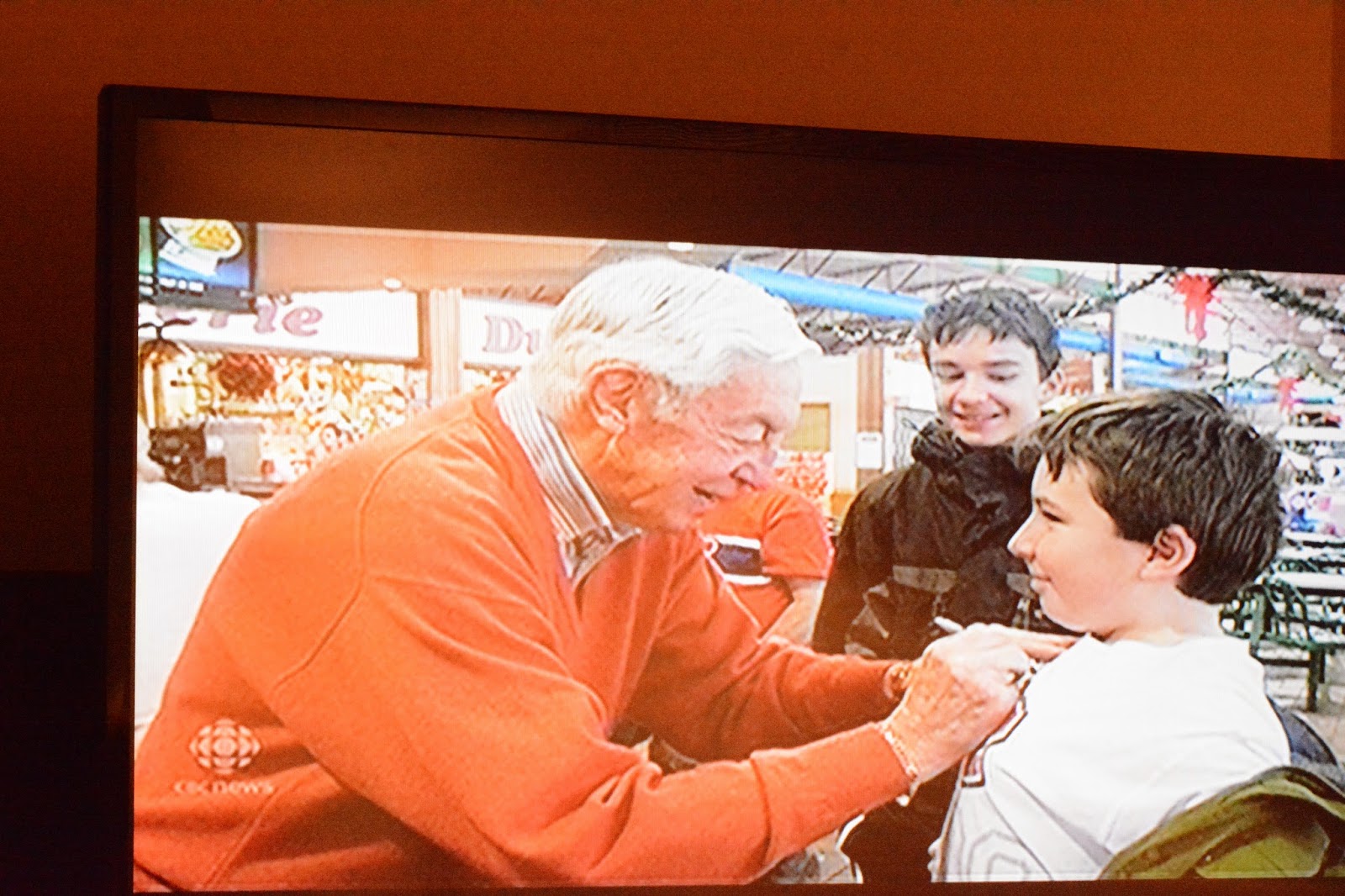 autographs and he responded with personal, hand-written notes to every fan-letter received. Over a lifetime, the number of times he signed his name must have been Vast indeed, 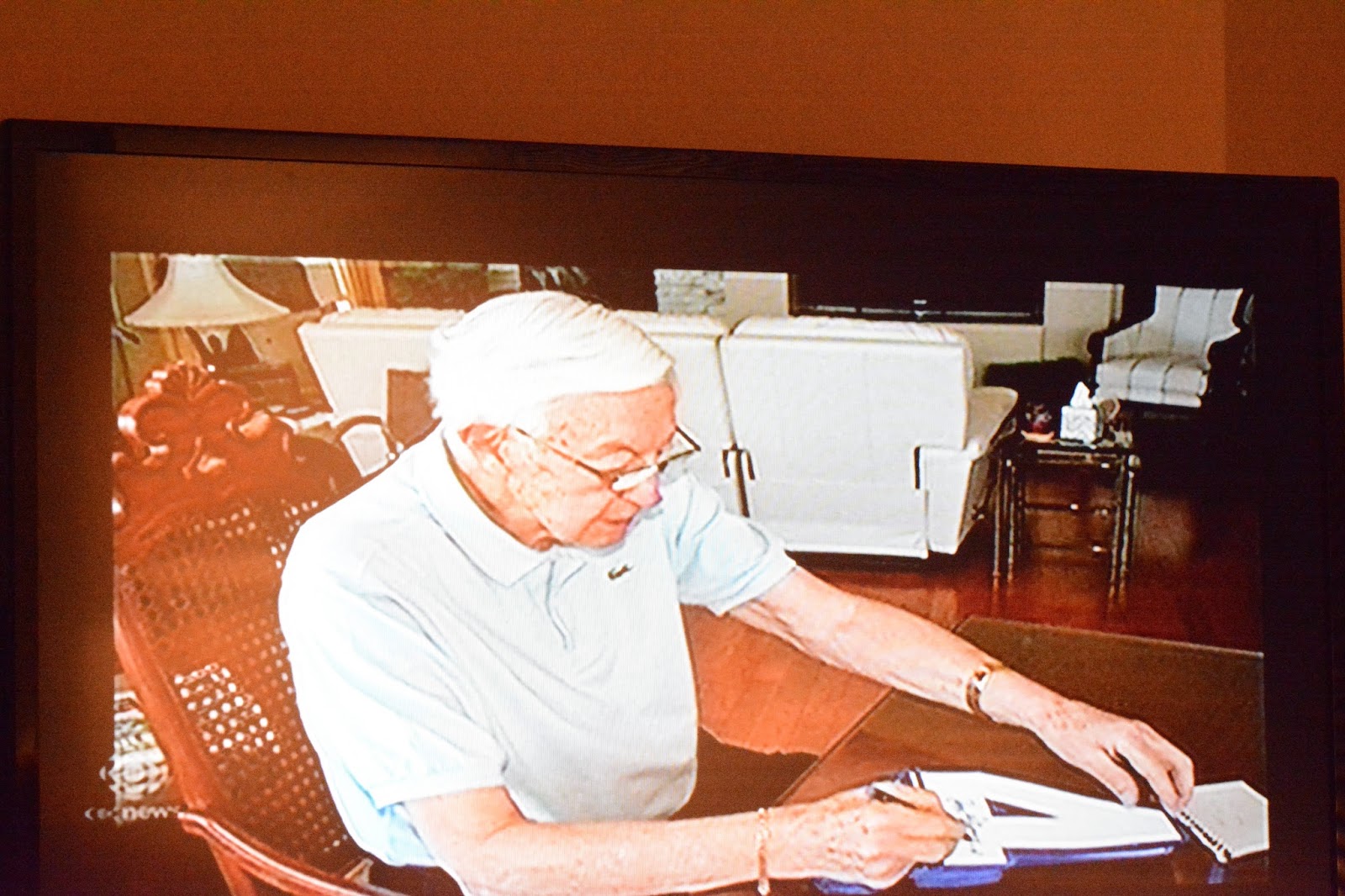 but he believed it Vital to take great care with every signature.  It is this last image (caught from the TV) that will stay with me.  Those hands reached out to put a puck in the net as easily as they reached out with love to his family and friends and admirers.  He understood the power of being an honest, hardworking man..  a good man.  He would never have applied this "V" word to himself, but I add it here.. the Venerable Jean Beliveau.  May he rest in peace. 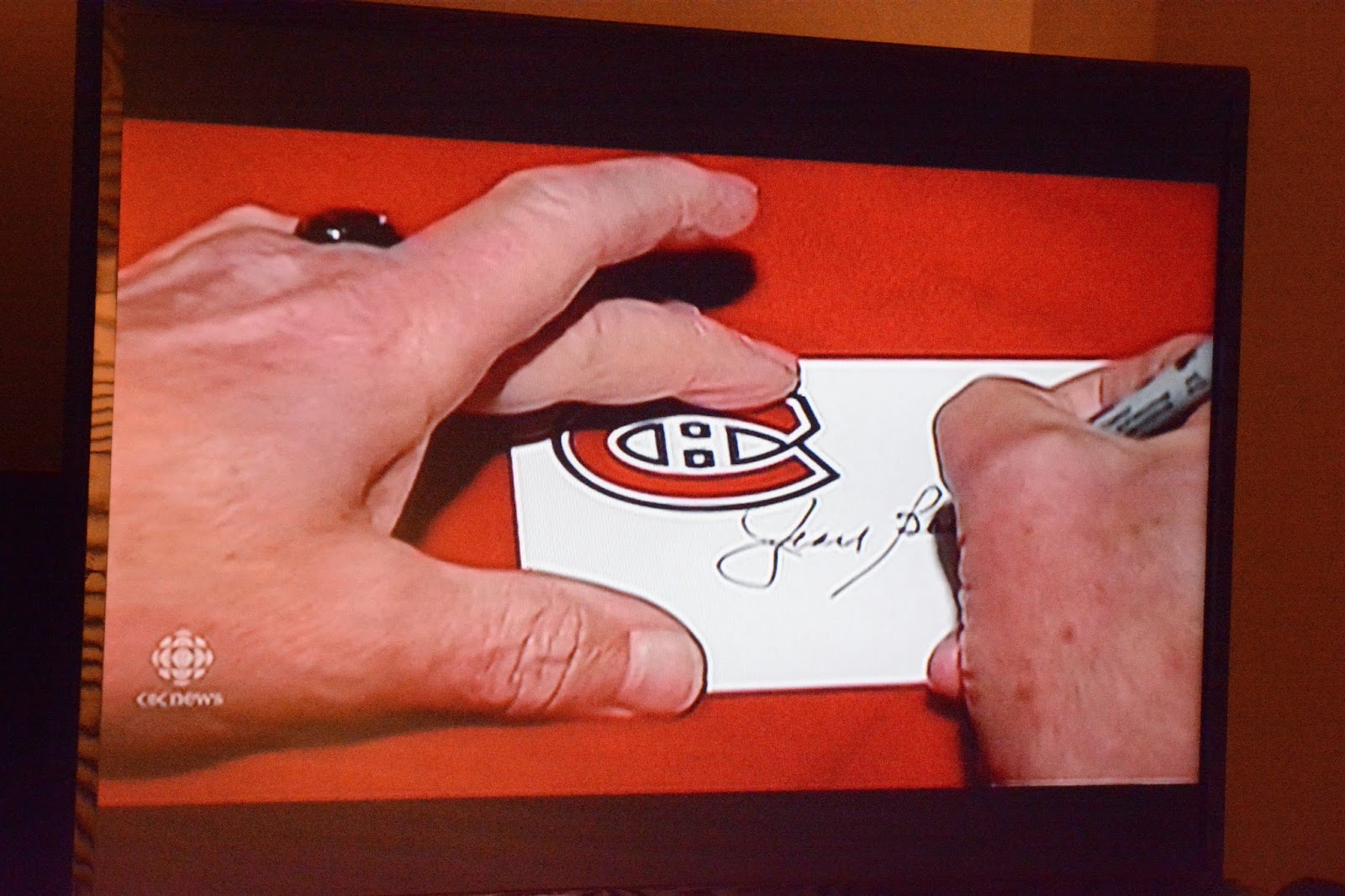 Once more, thank you to ABC Wednesday's Volunteers for indulging my verbomania. Thanks, as well, to every reader who has kindly taken the time to stop by here.  May each one of you have a Verbally Venturesome day.
Posted by Black Jack's Carol at 10:37 AM