A Magical Look Up

My sister sent me this photo yesterday and my heart just about burst with an awe almost as magical as the expression in her grandchild's (my great-nephew's) eyes.  He recently turned 3 and was looking up at a ferris wheel before taking the first ride of his young life.  As my sister said, "I read a book recently about the Chicago World's Fair. The Ferris wheel was a wonder when it was first designed and built by a man named Ferris for that fair. He would be thrilled that the magic hasn't worn off yet."  I questioned my sister and learned the book is called The Devil in the White City and is by Erik Larson.  I hope to read it at some point, but in the mean time, I savour the magic in my great-nephew's eyes.  I thought this was the most perfect picture to share with Travel with Intent's meme, Look Up, Look Down.  That meme doesn't appear to have opened up yet for this week, but I thank her for enhancing my perspective of the world, and will share this post when it does.  May every day in all of our lives hold at least one moment of wonder as beautiful as this. 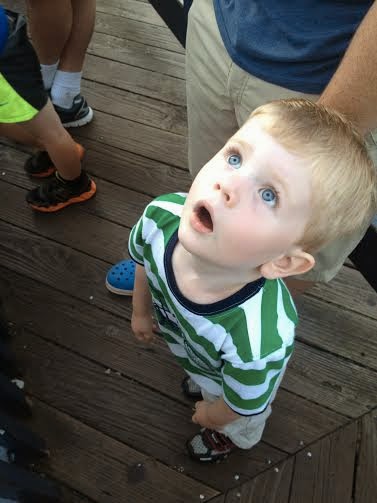 Our day was a quiet one yesterday, but there were a few other "look up and look down" moments.  In the morning, I took this photo from our 8th floor apartment of the mural by Os Gemeos, happening even as I blog.  The artists are working feverishly to complete it for the opening on September 7th. 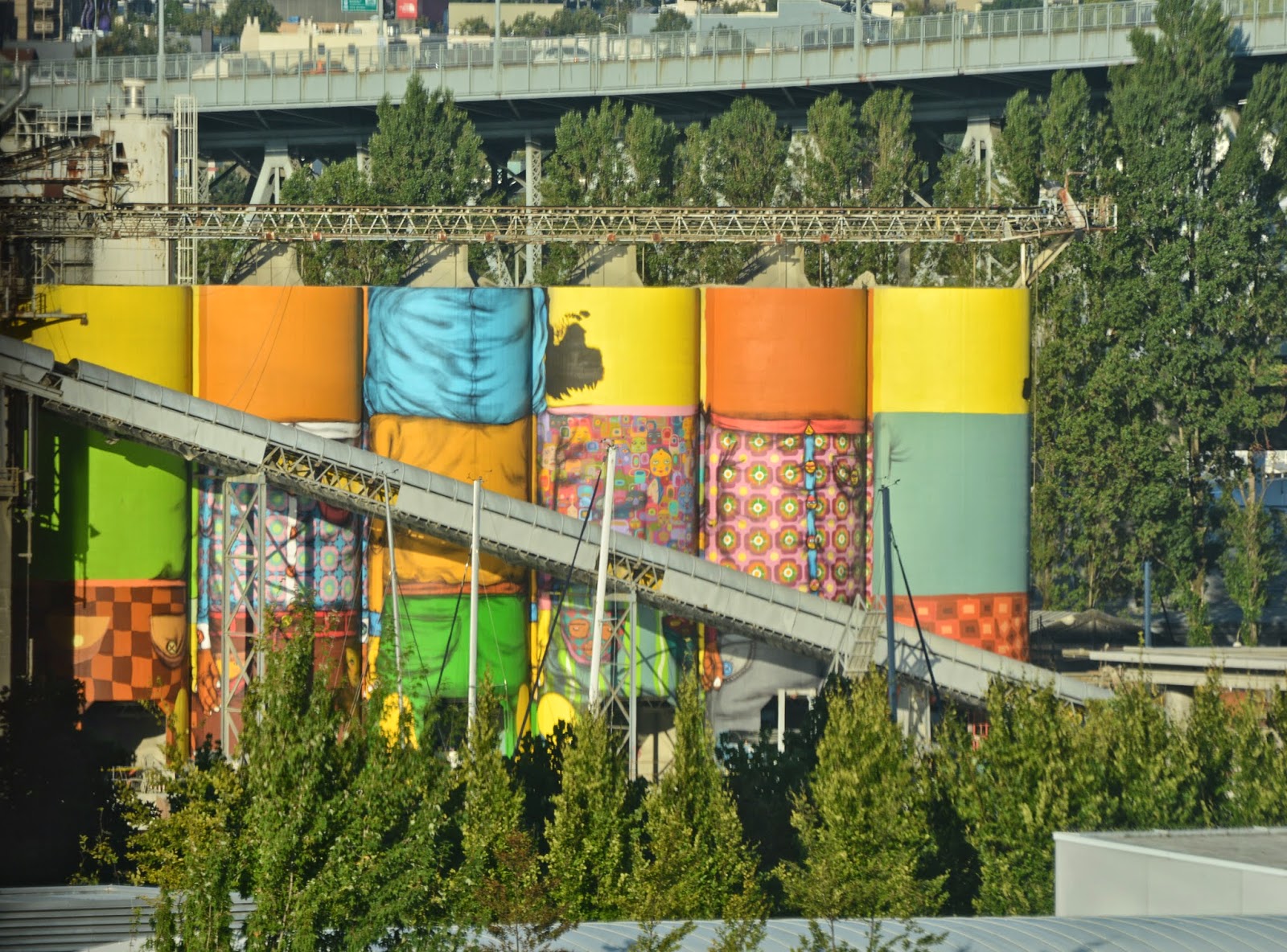 Later in the afternoon, we watched a telephone pole being installed outside Harrison Galleries, our favourite café and gallery, and visited almost every single day. 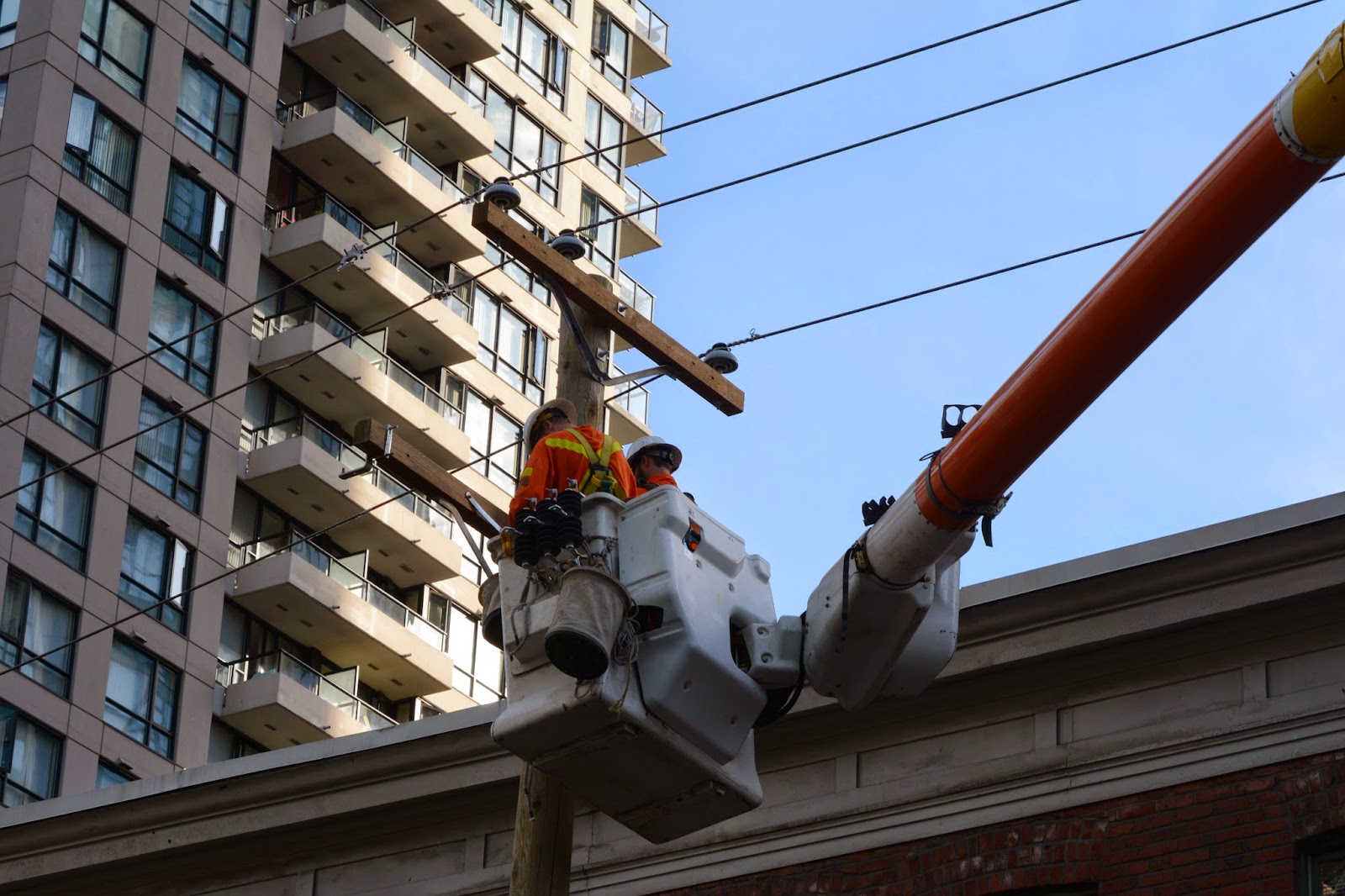 I am more and more fascinated with the day-to-day jobs that keep a city functioning. 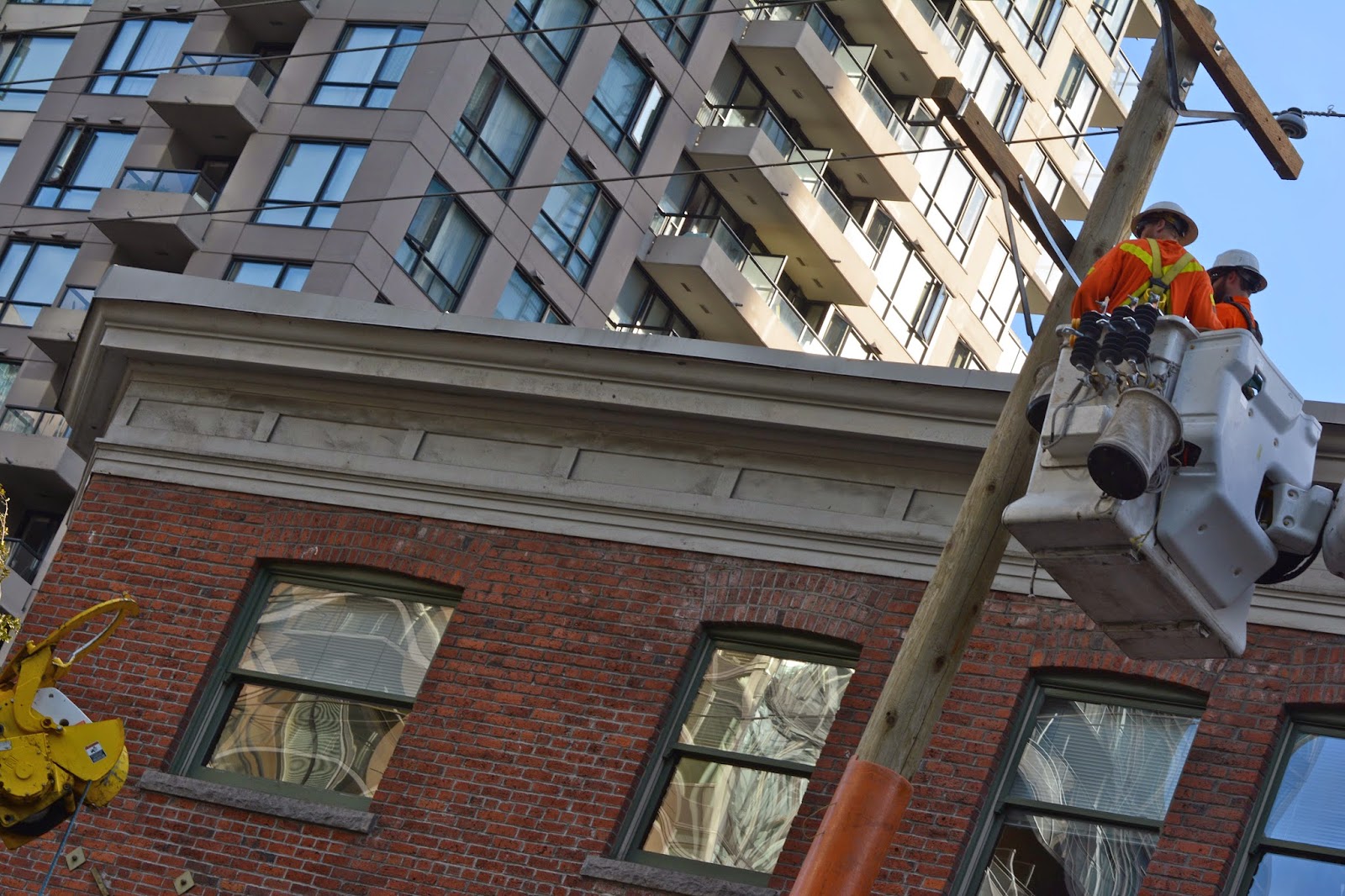 My small lens is still being repaired, so these were taken with the 300 mm, thus.. 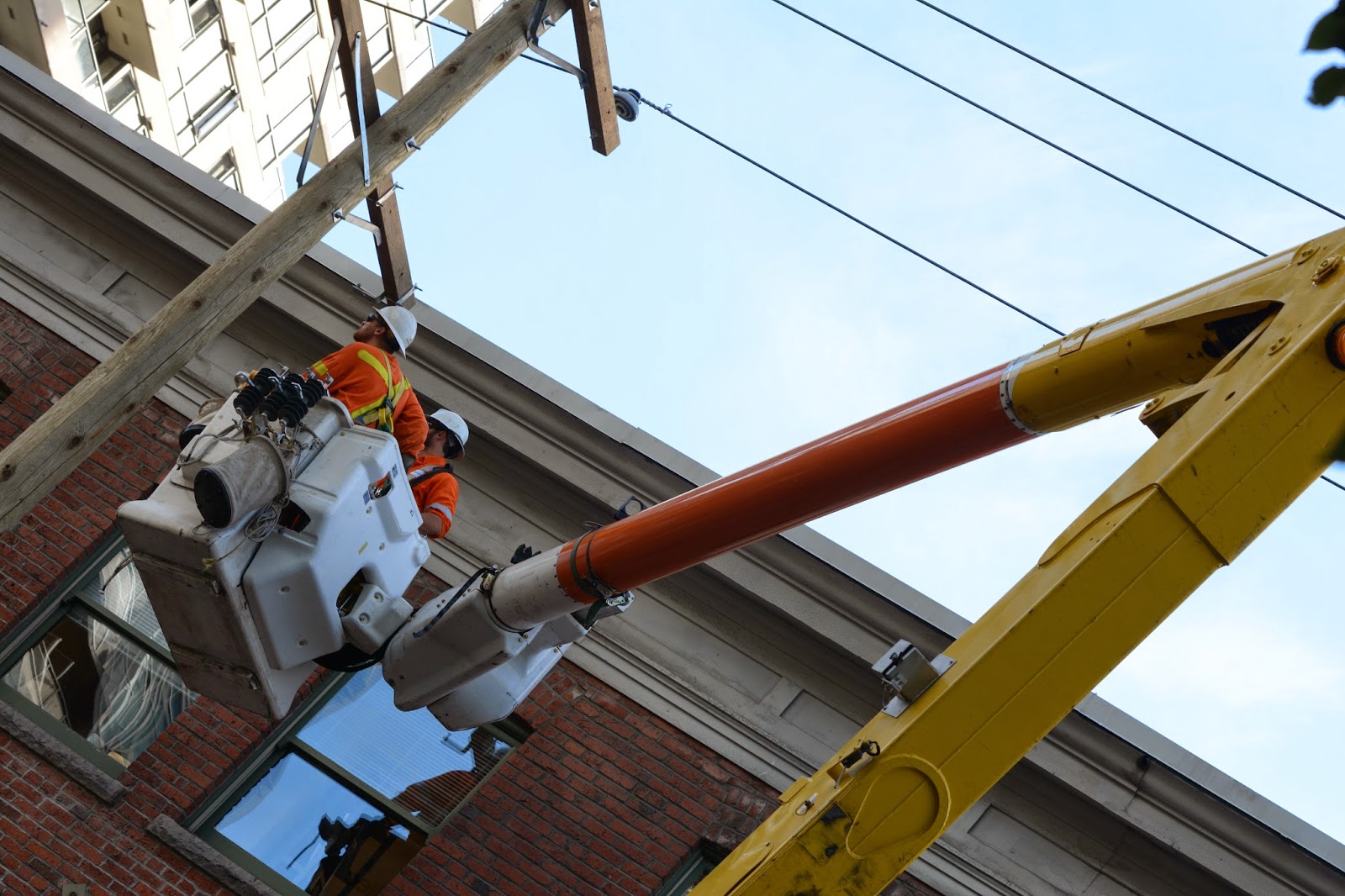 explaining the necessity of showing you the whole picture in smaller increments. 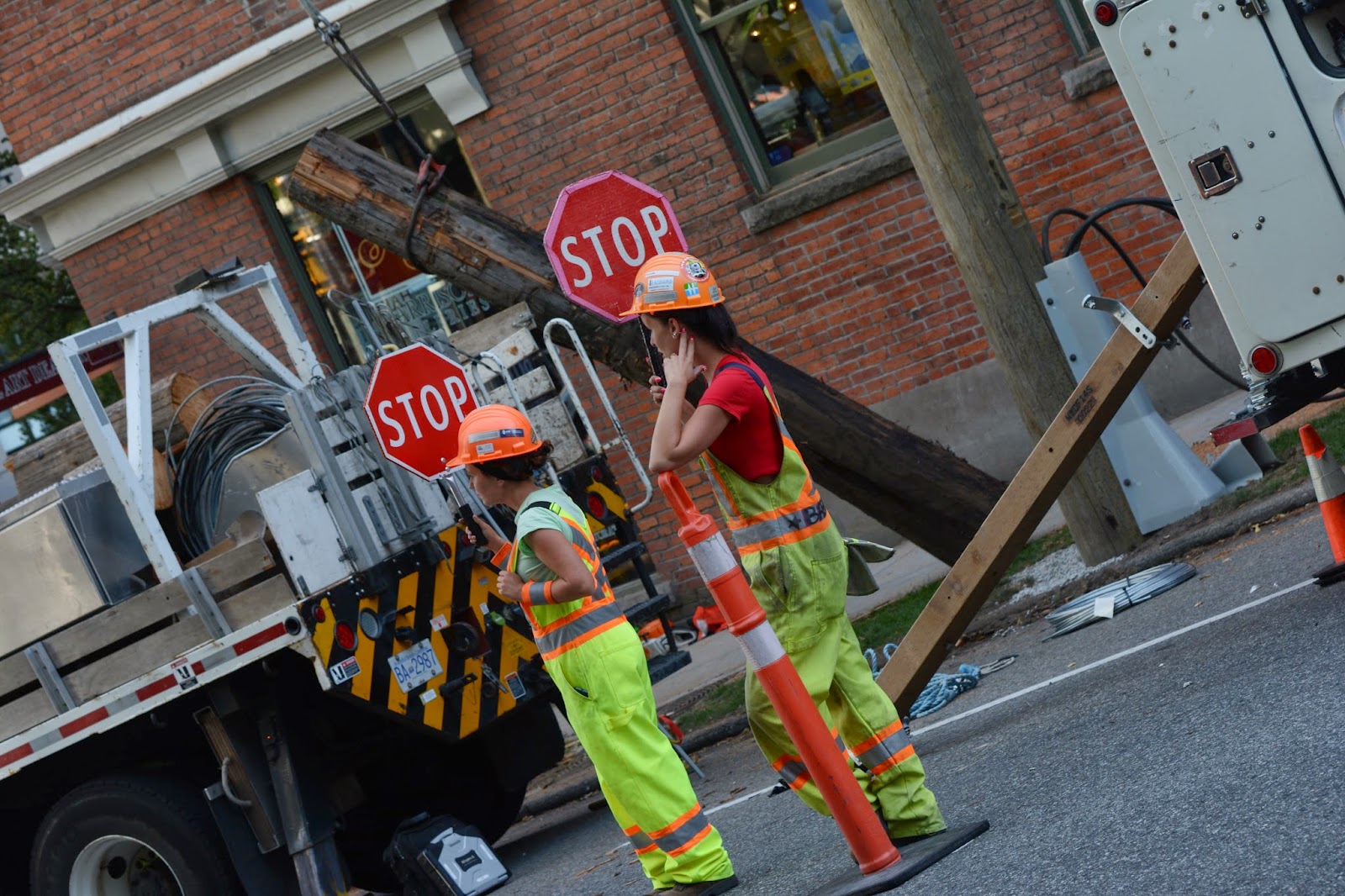 I liked the reflection of the workers in the Harrison Gallery window here. 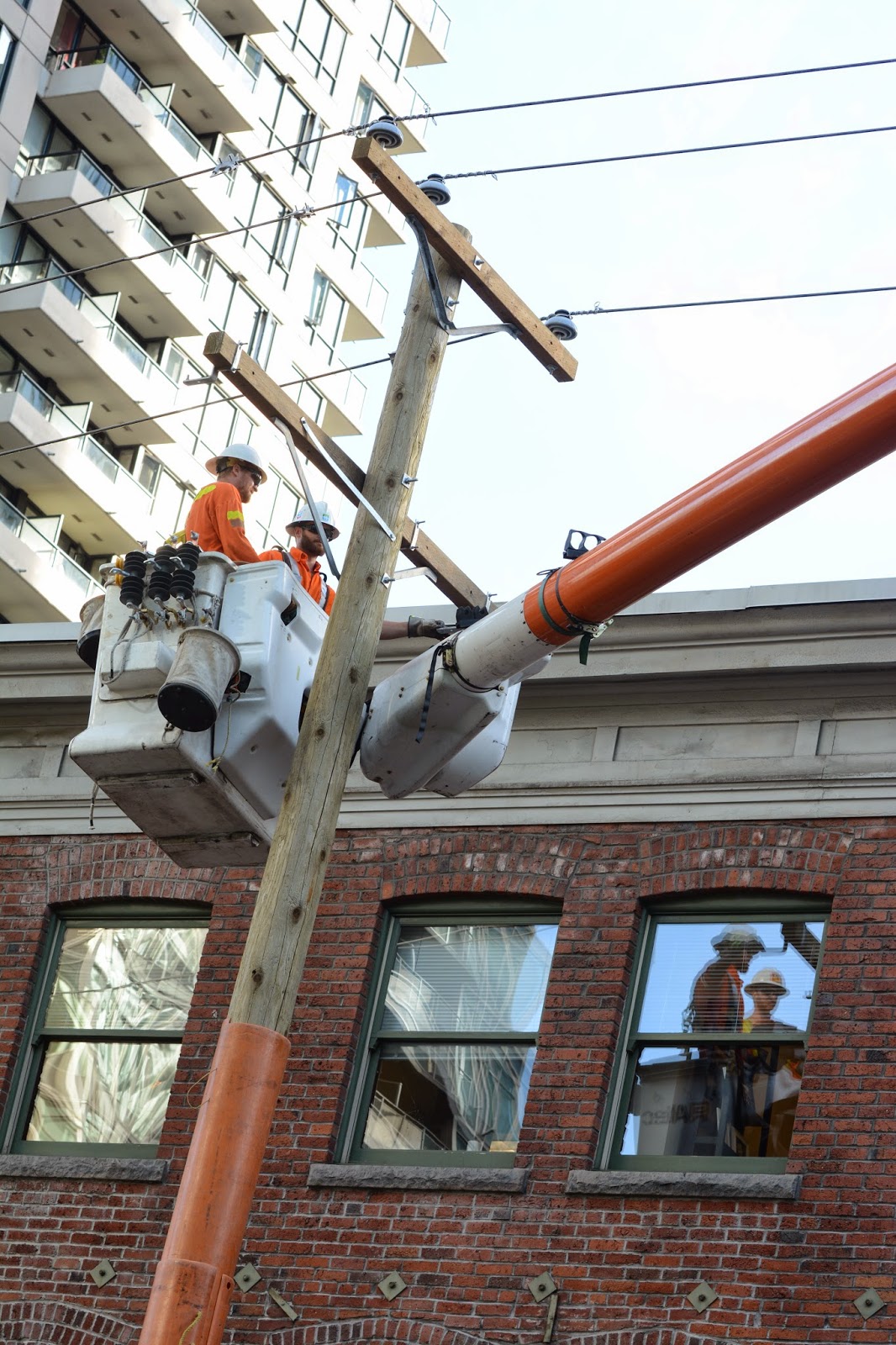 These gentlemen have some impressive skills, ones that I hadn't thought of before I became involved in the photography obsession that changed my view of the world. 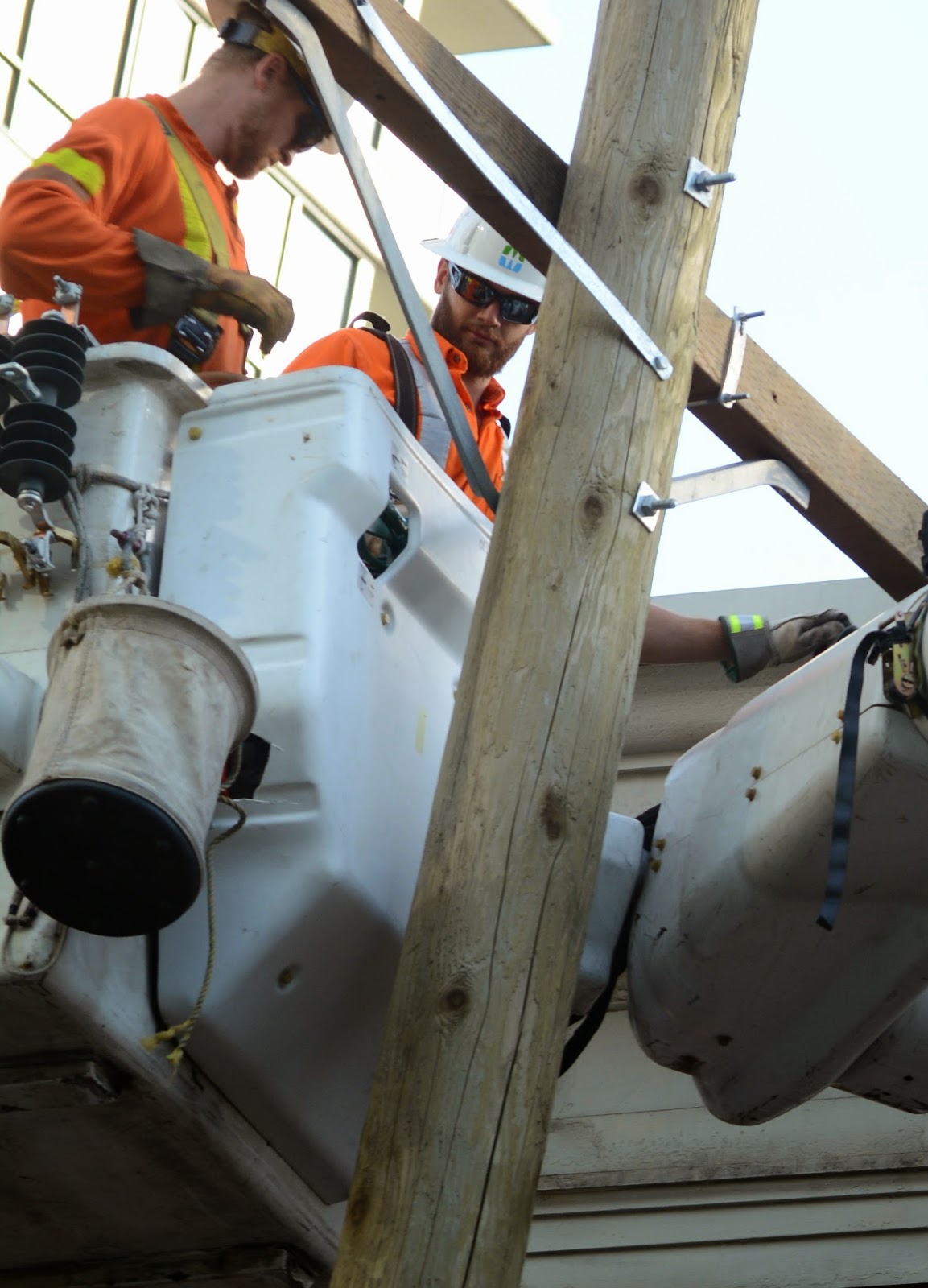 Shortly after this photo, they smiled and waved at us.  Sadly, I had put my camera away. 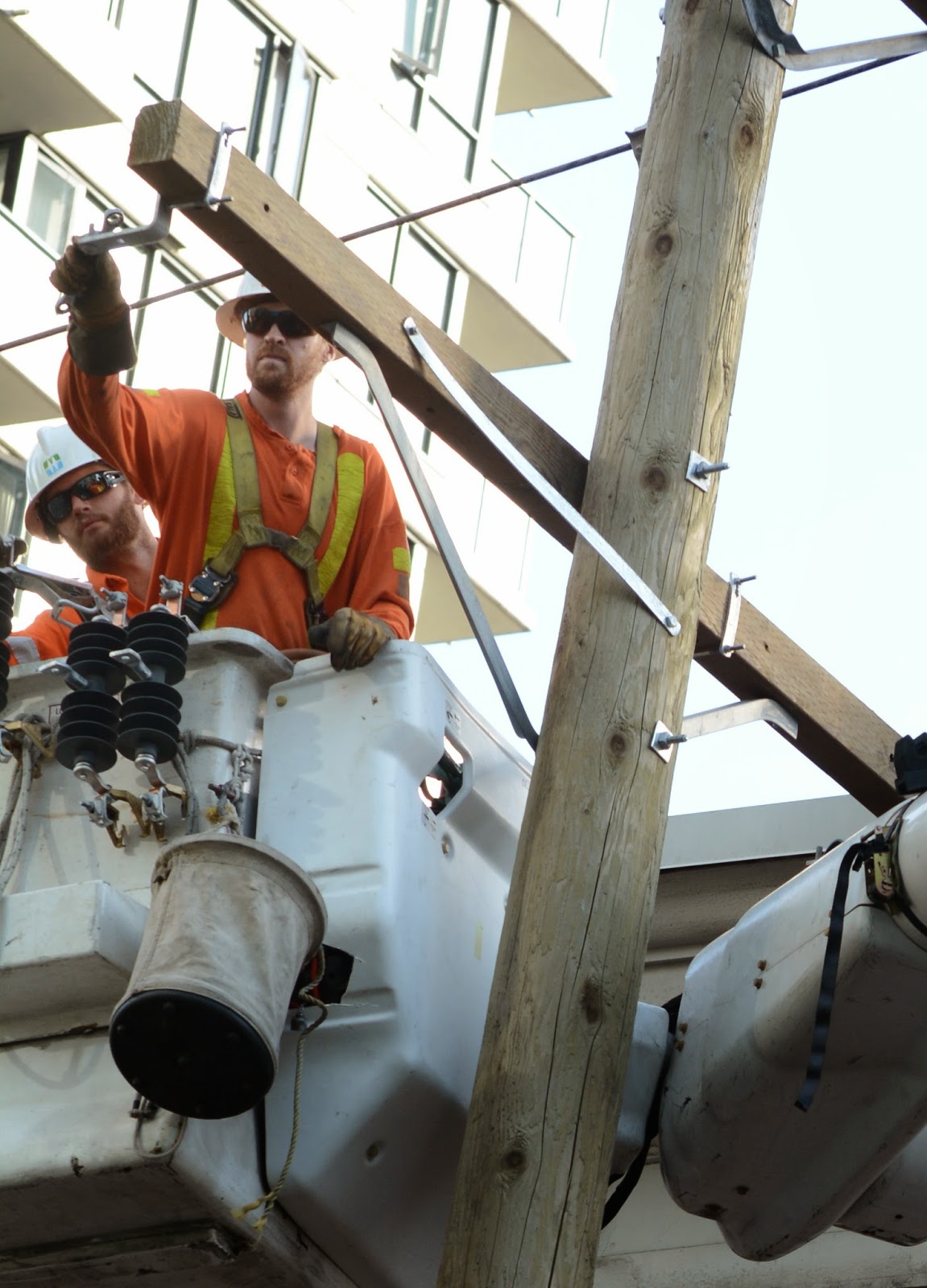 Bill is the one who really opened my eyes to the fascination of city jobs.  He points out many things that I would otherwise miss.  Black Jack loves all people in reflective city gear because of one worker who was on a project near our apartment and fed her treats.  She could stare hopefully (and in her most winsome manner) at them for hours. 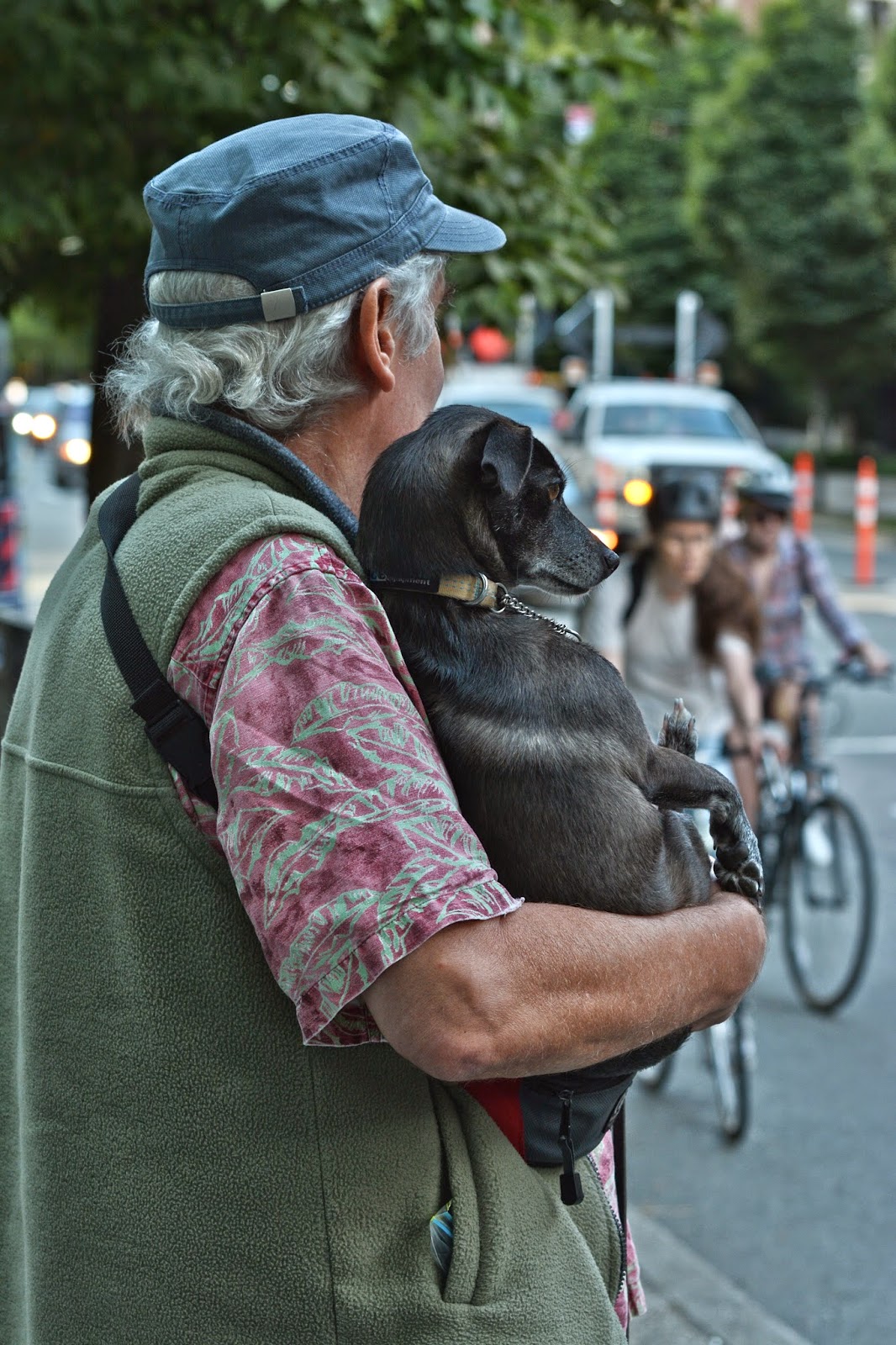 And speaking of Black Jack, it occurs to me.. 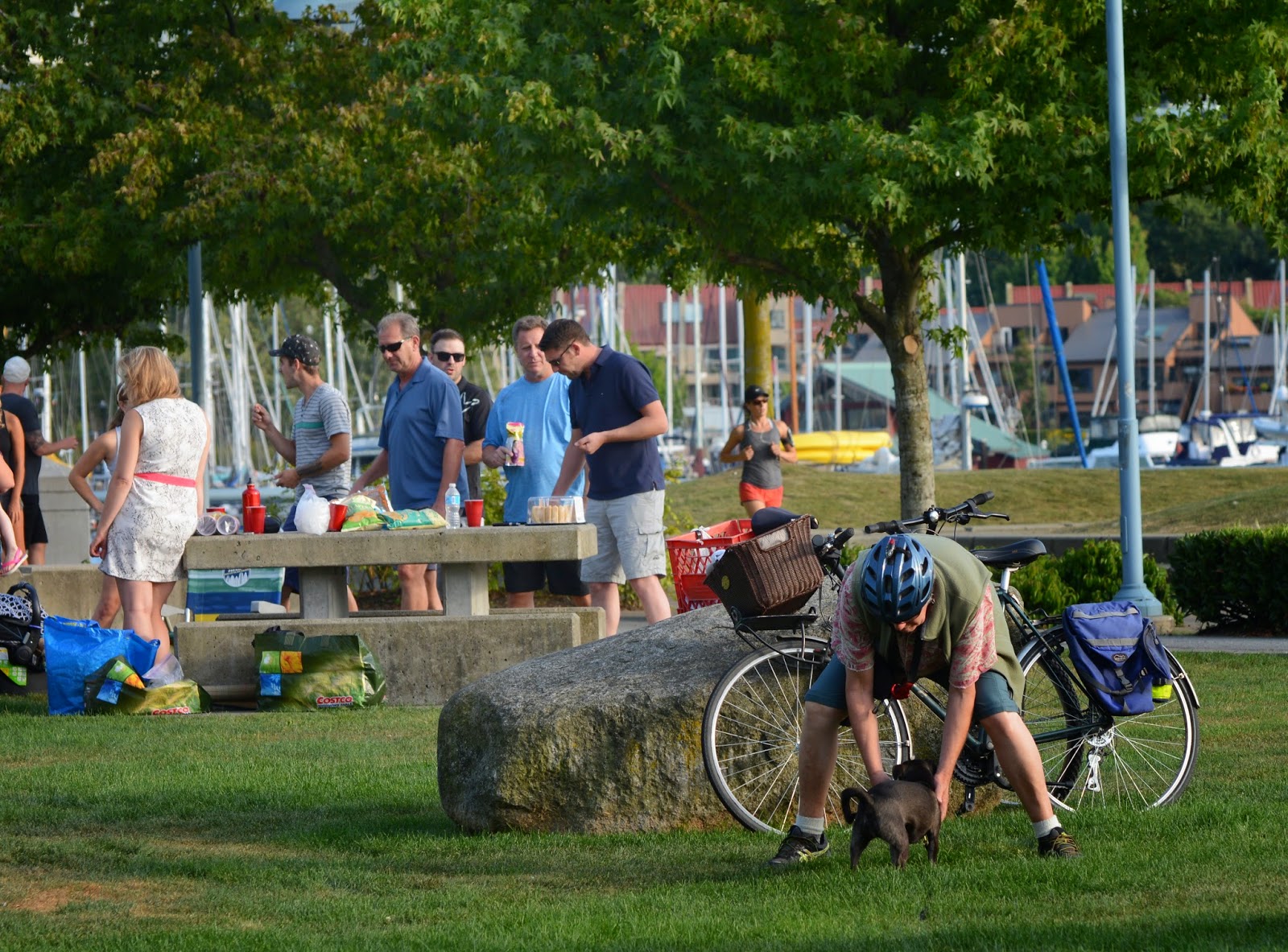 that the greater part of her day.. 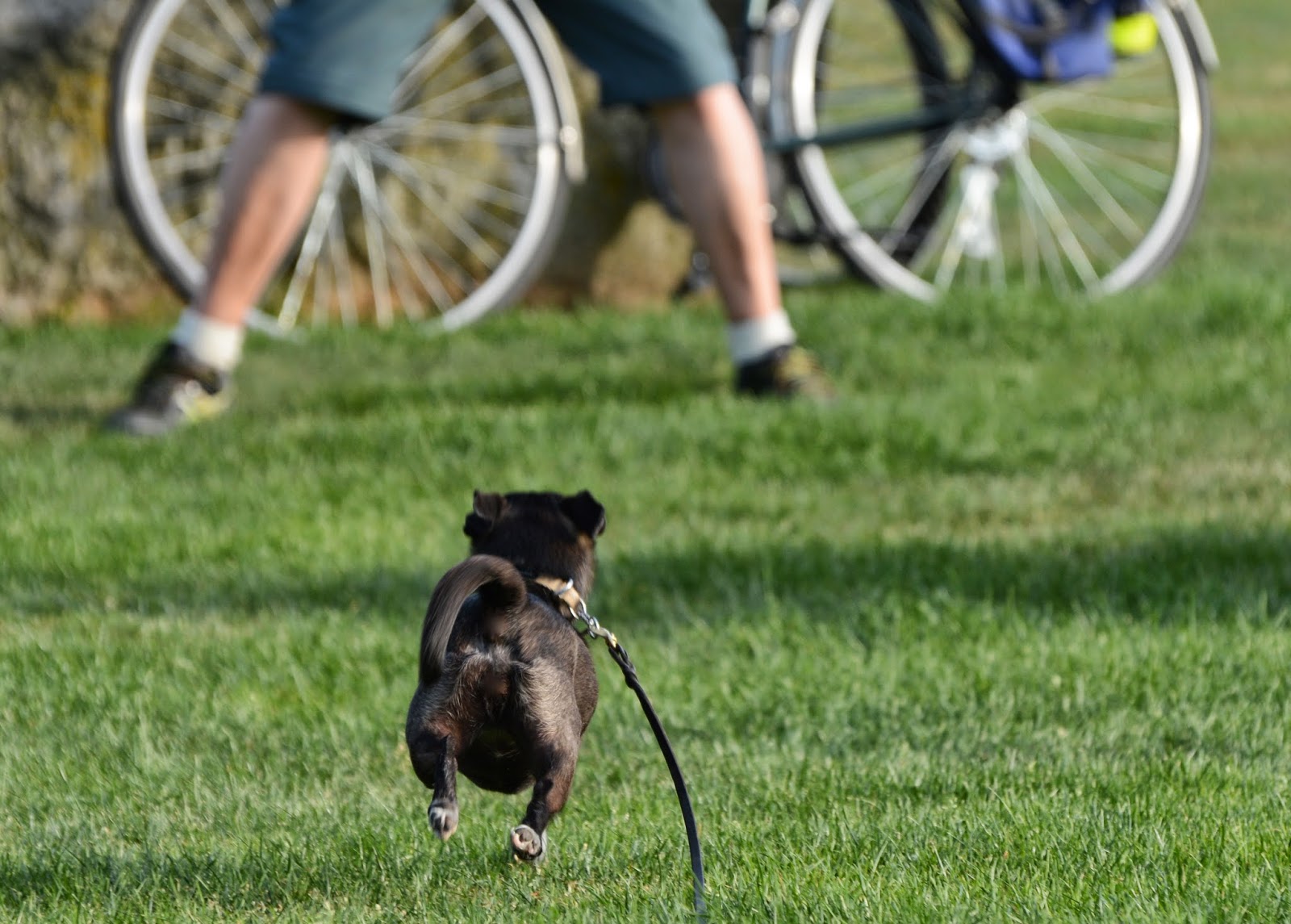 is spent looking up from the ground or down from Bill's arms. 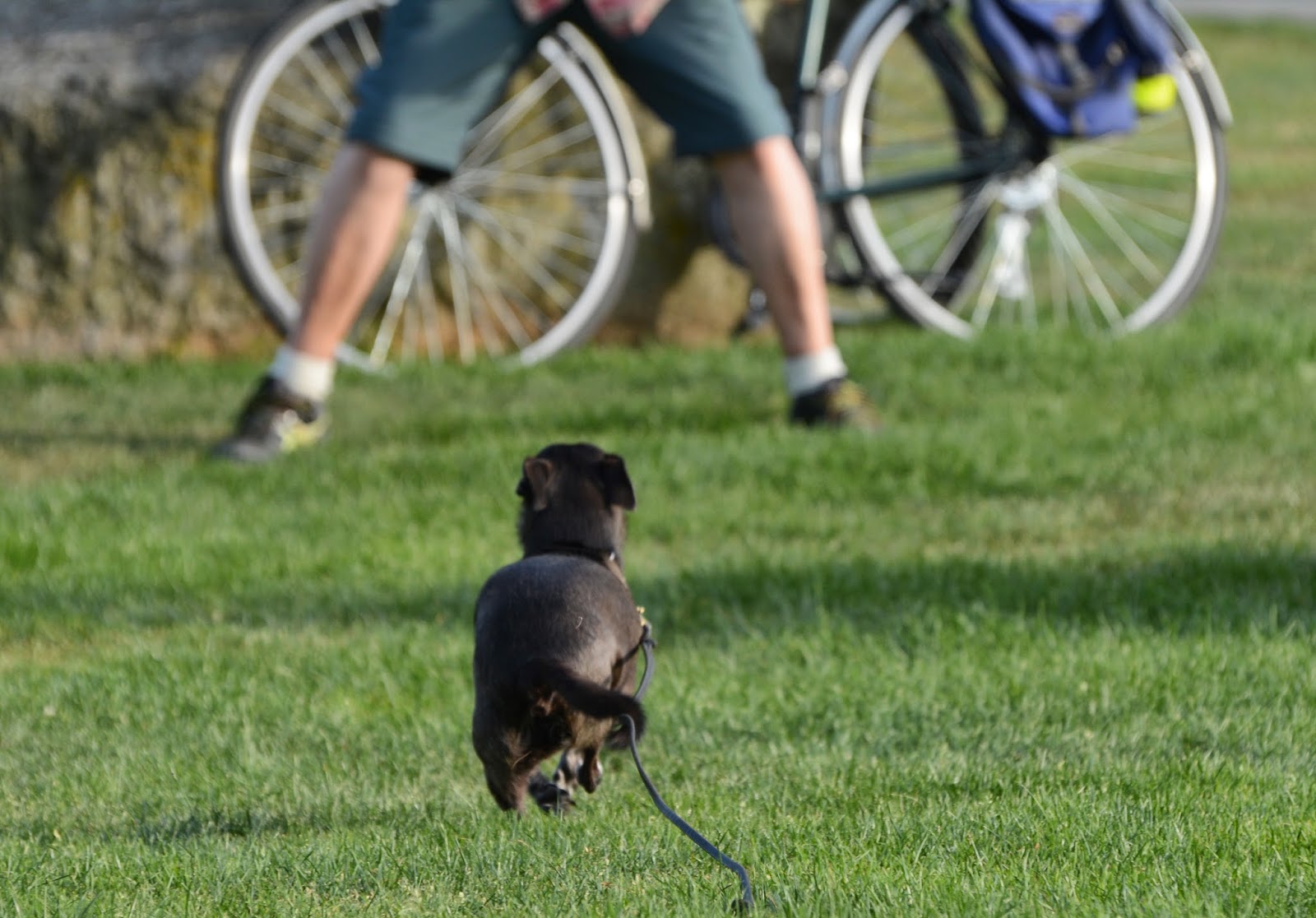 And I guess a good part of our day is spent looking down at her. 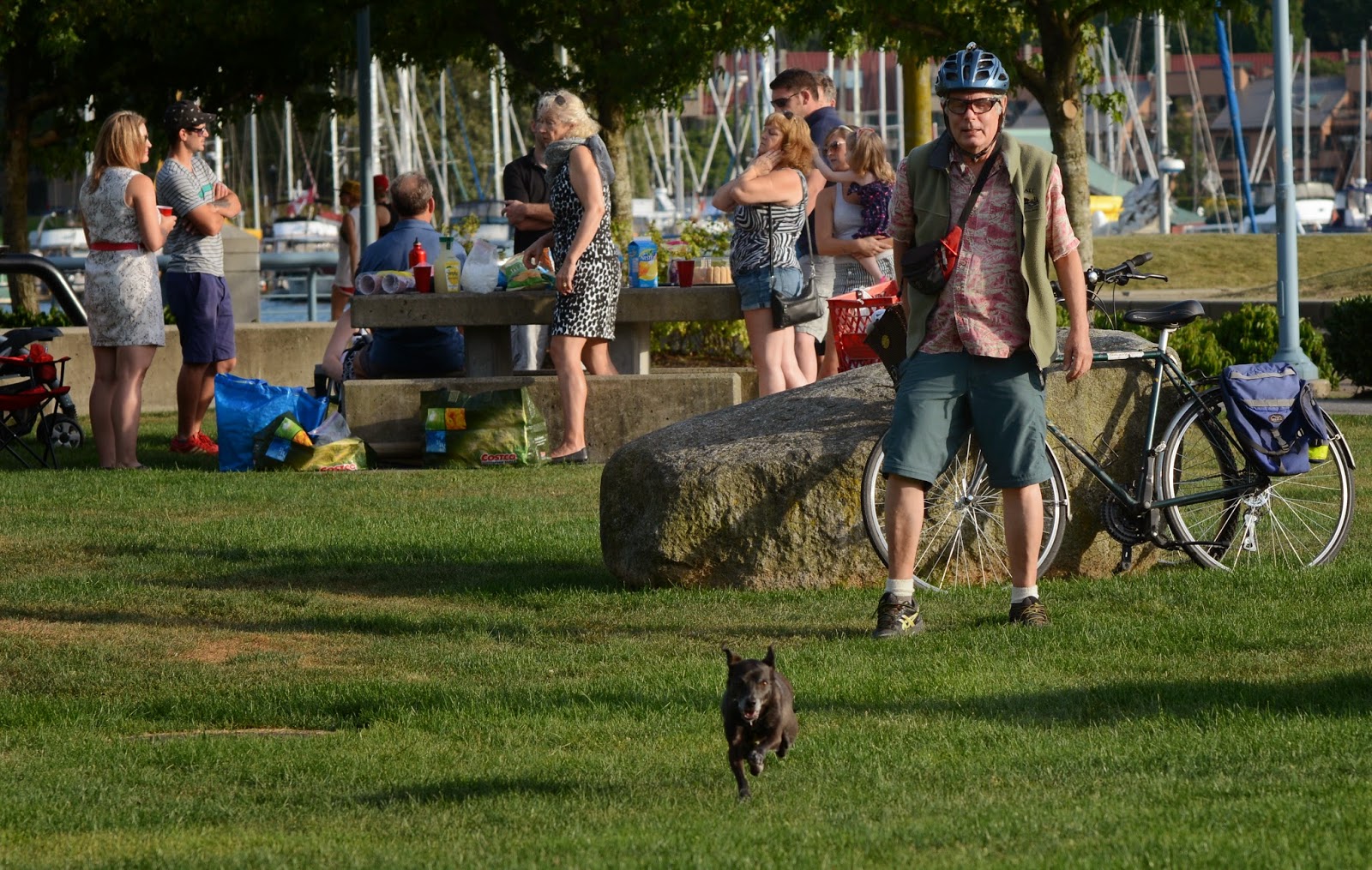 And finally, a few photos taken at Granville Island Tuesday.  These trees are along.. 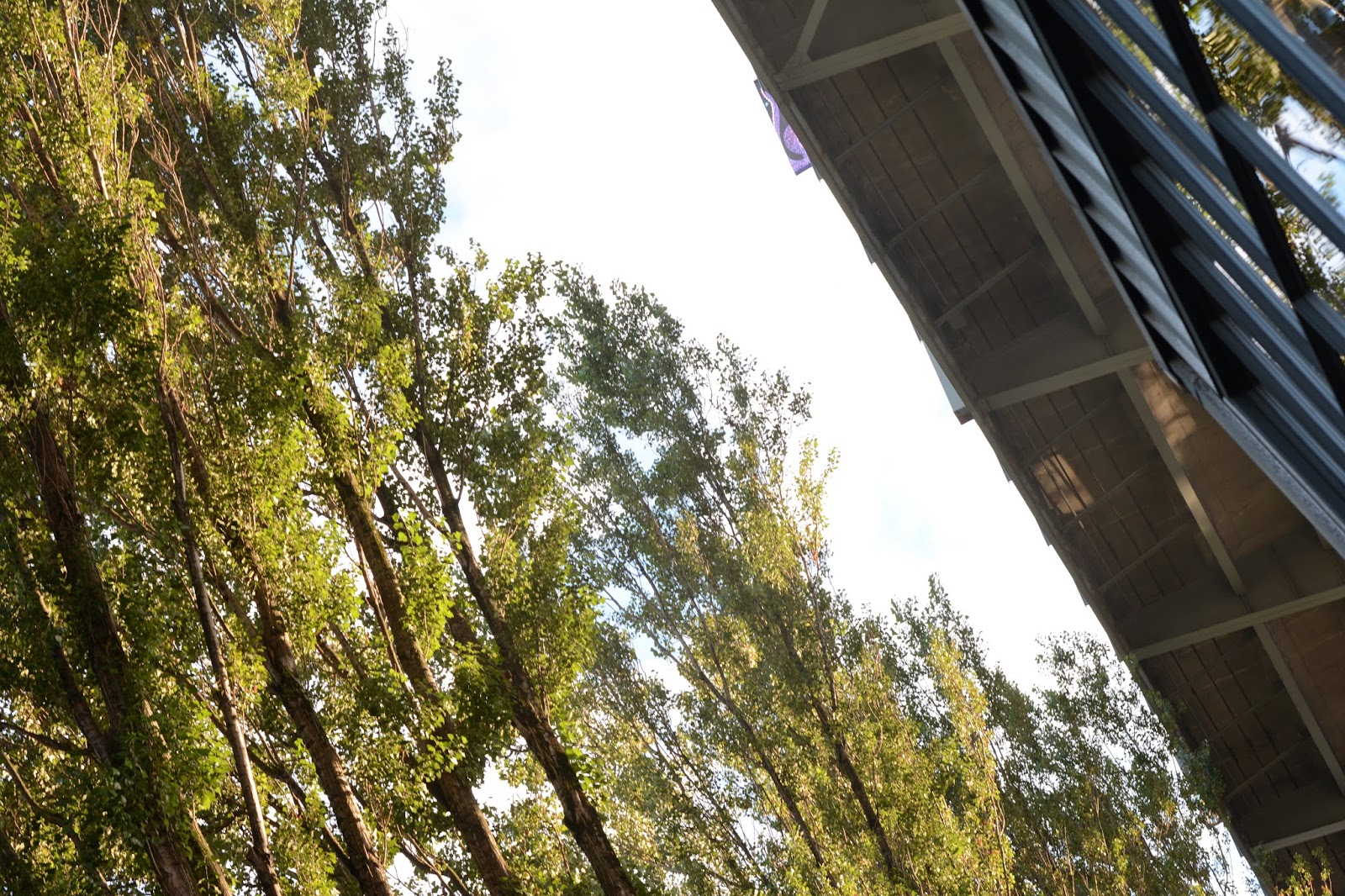 the side of the bridge over the island. 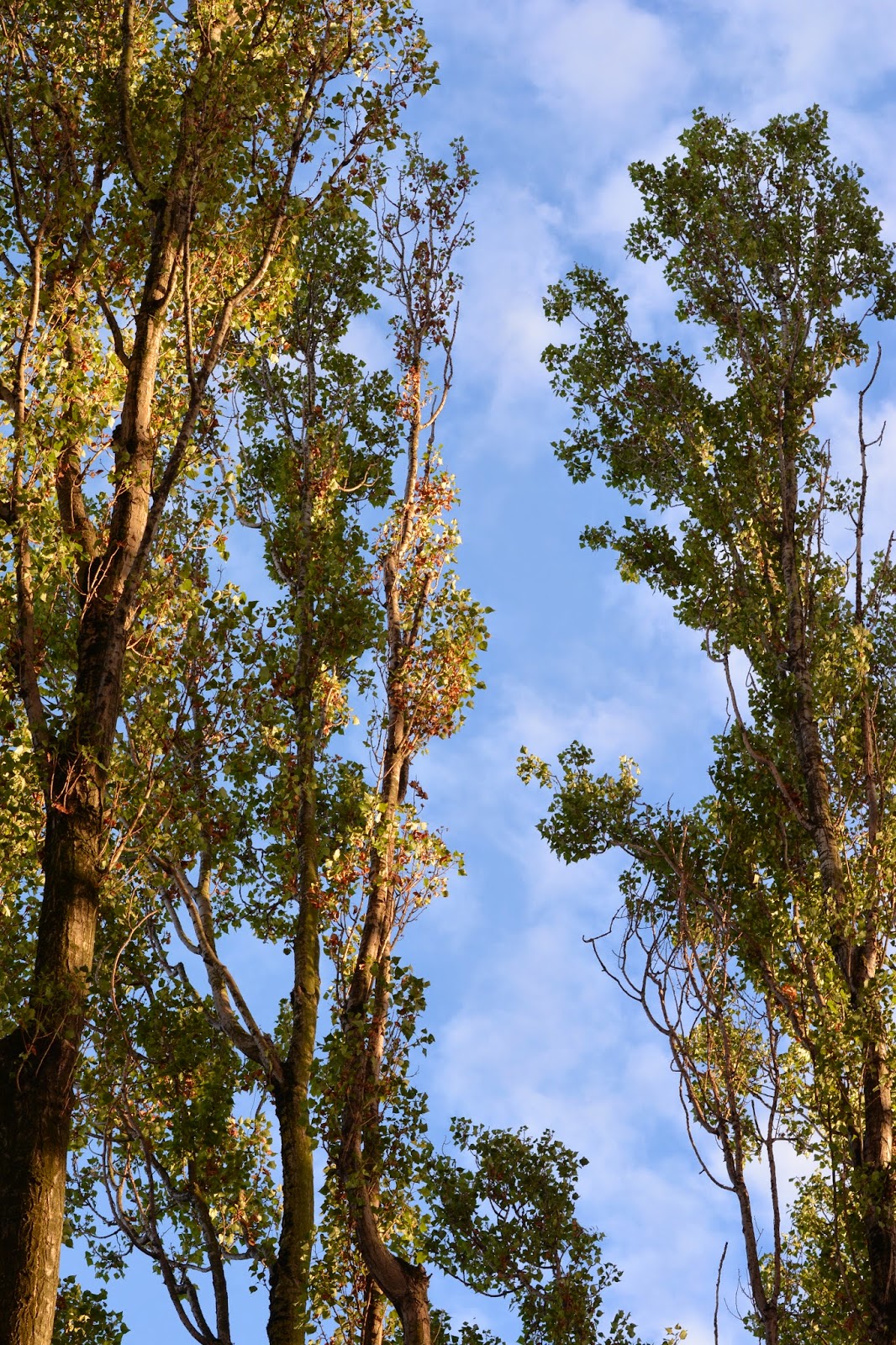 This sculpture was in a window of a gallery that was closed for the evening so I cannot give you the artist's name. 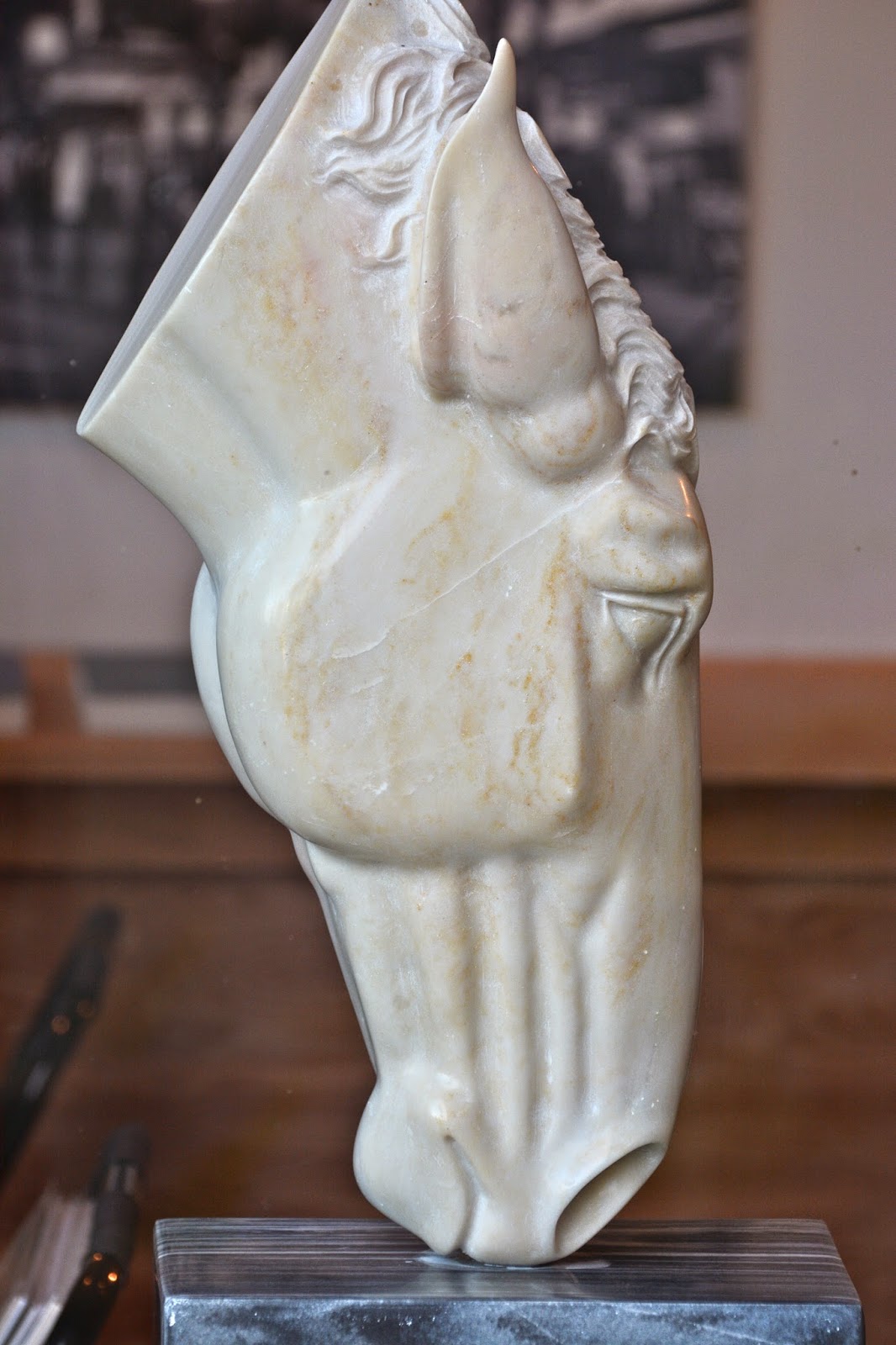 Standing near the dock before heading home, we looked up into the sky.. 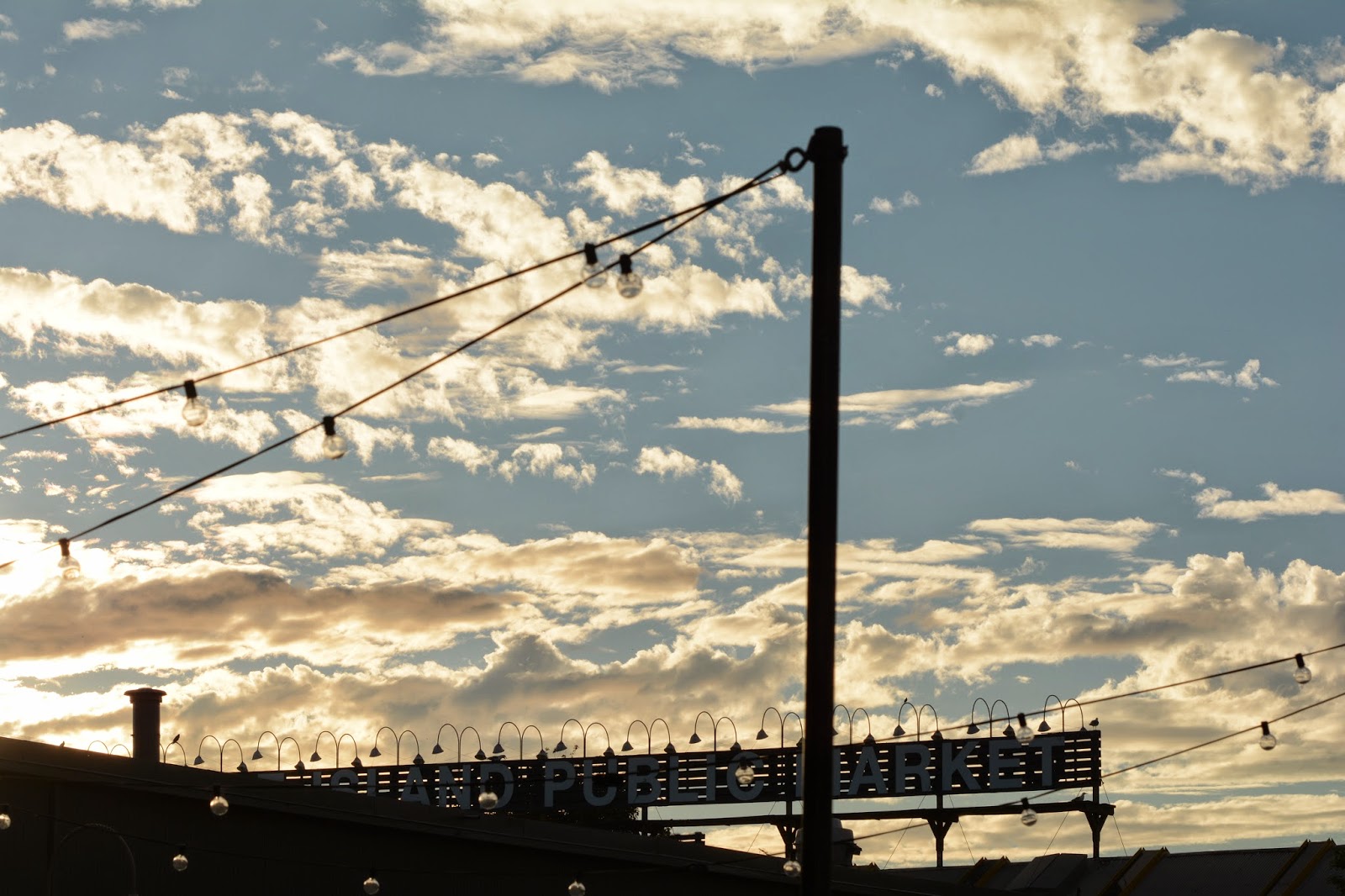 and then down into False Creek.  Thank you so much for visiting.  And, special thanks to my sister for sharing a photo that will stay in my heart for a long time to come.  For more up-down perspectives, you may want to hop on over to Travel with Intent's fascinating meme. 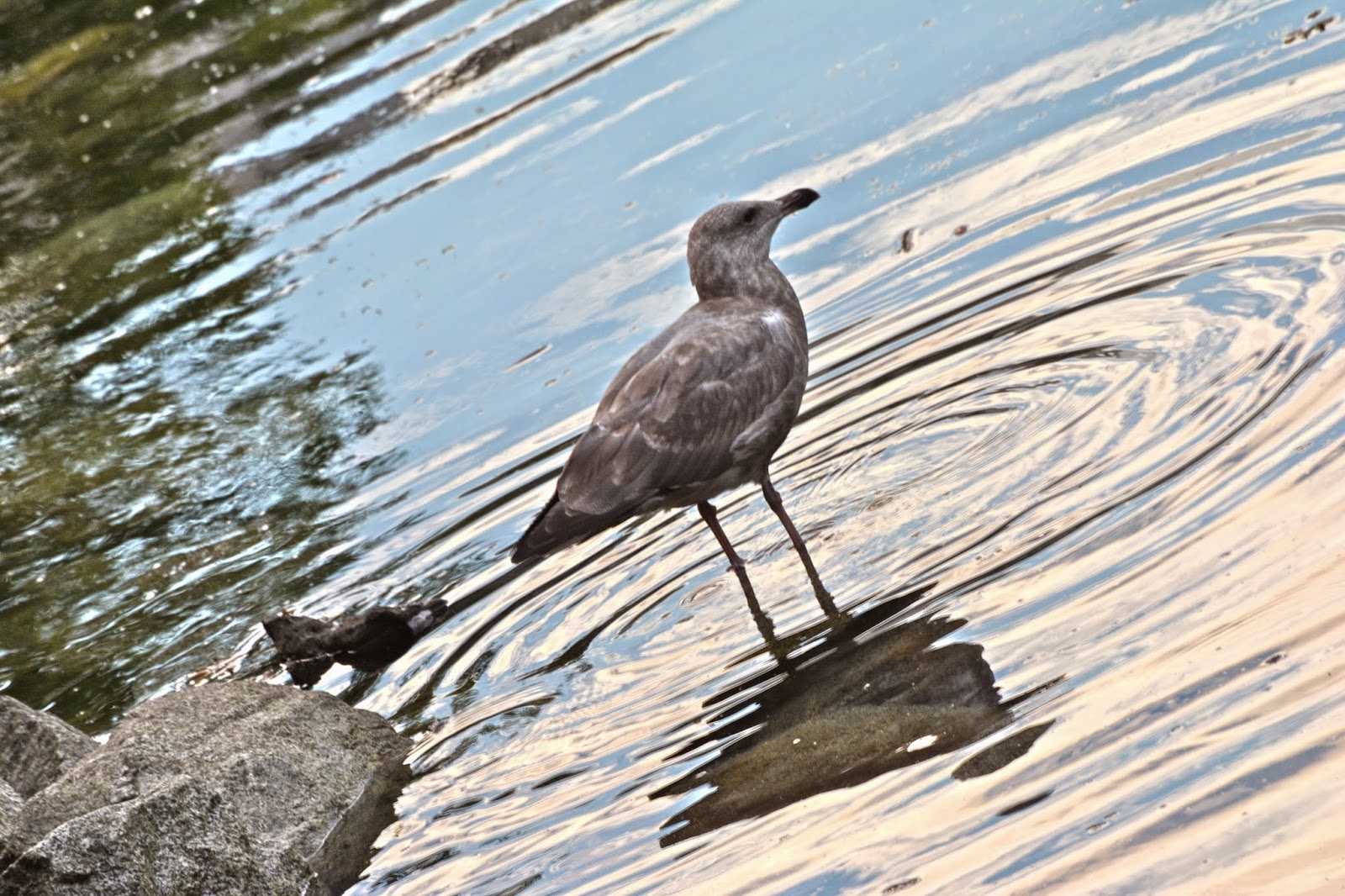