We dilly-dallied a bit yesterday, happy to drift after a fairly active day on Monday.  Have you deduced that ABC Wednesday is now onto the letter D?  I'll deflect a few words from the Unusual Words that Start with D site, and a good part of the post will have to do with some devoted people who did their best to find one little baby duck.

When I saw this shoe with delightful diamanté (glittering decoration) by the edge of a diminutive pond in Coal Harbour, Vancouver, yesterday, I thought there must be an unknown drama to discover. 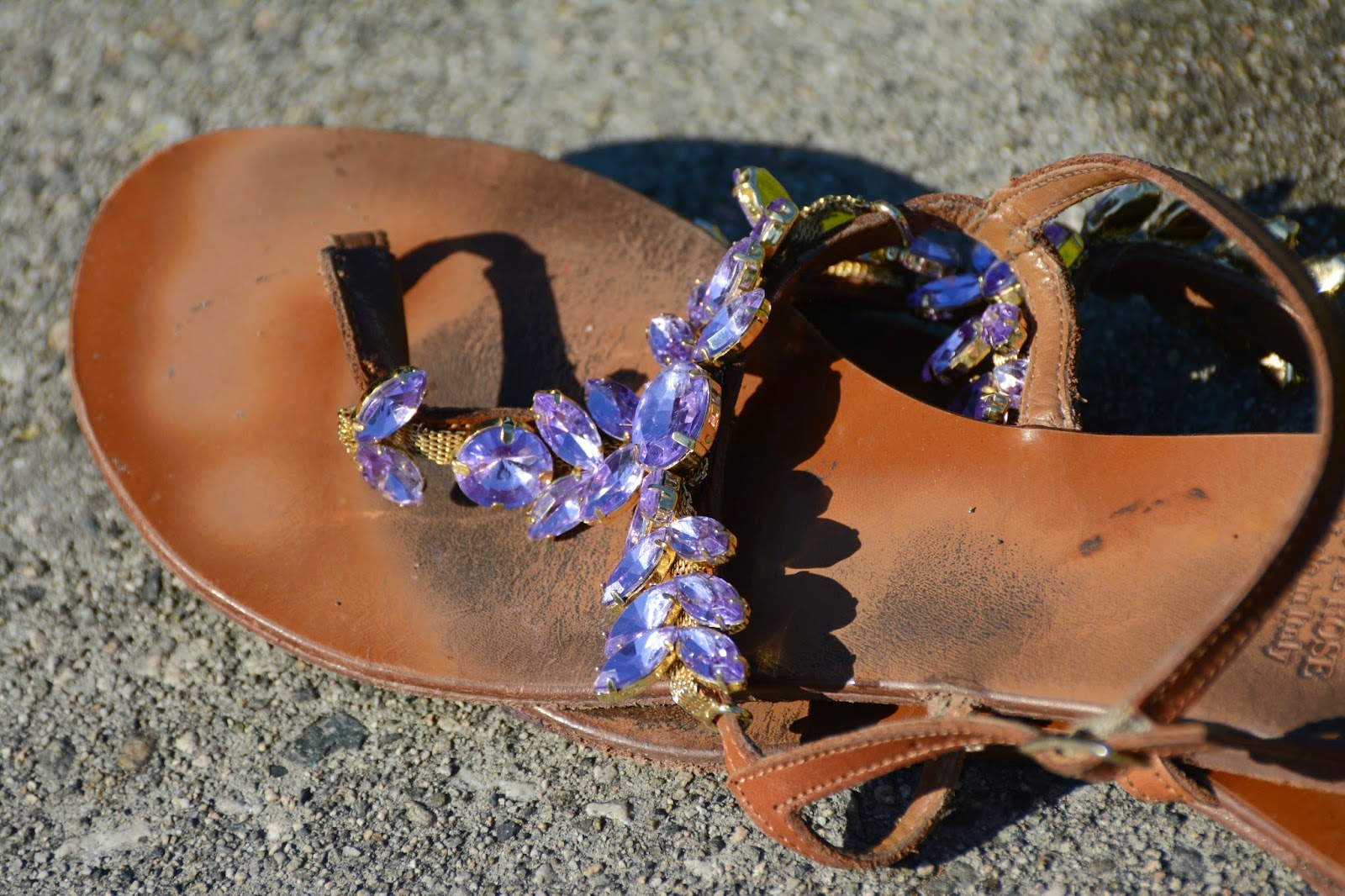 Two young damsels were searching for something; one of them was barefoot. 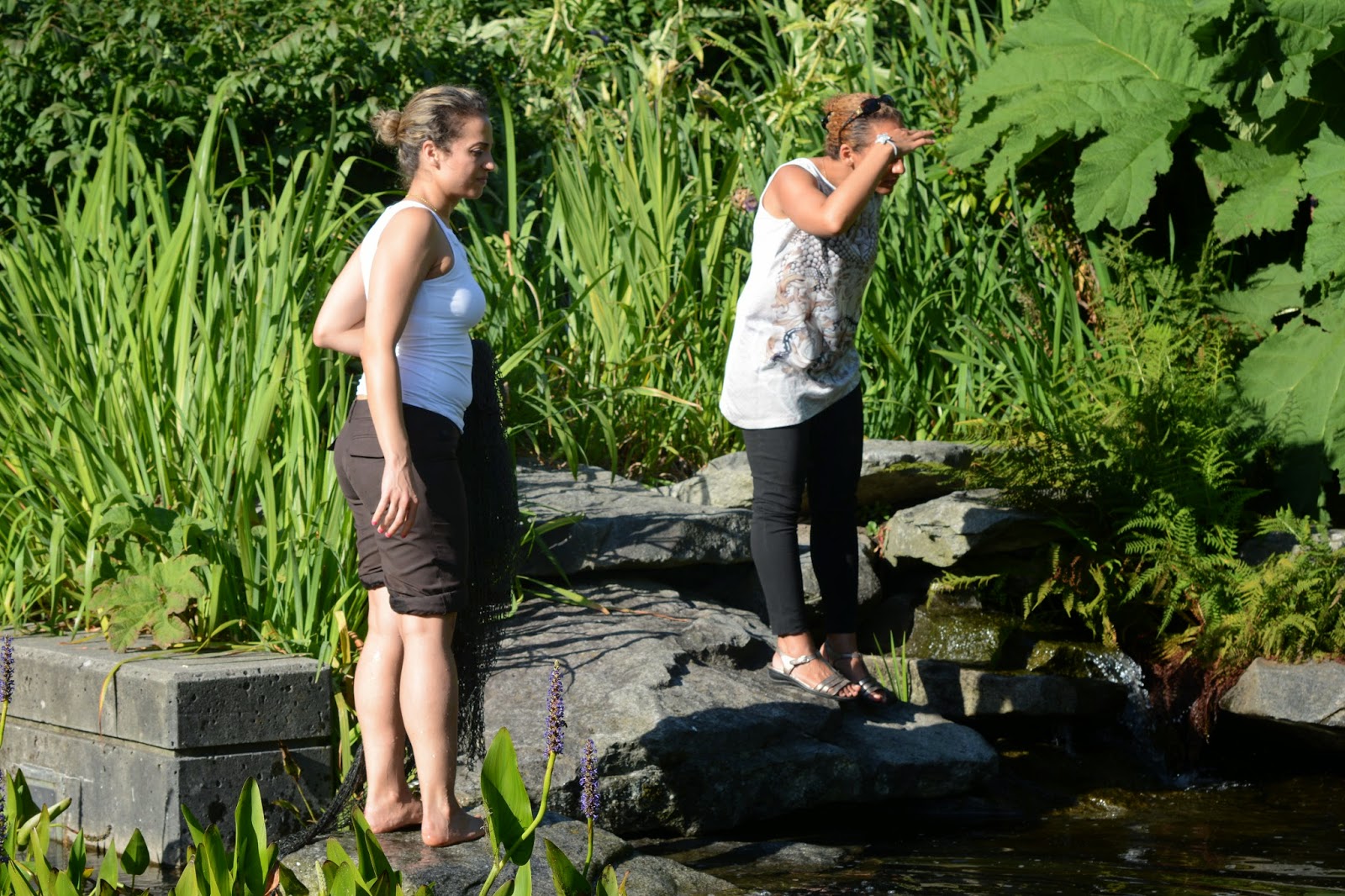 She had a net. 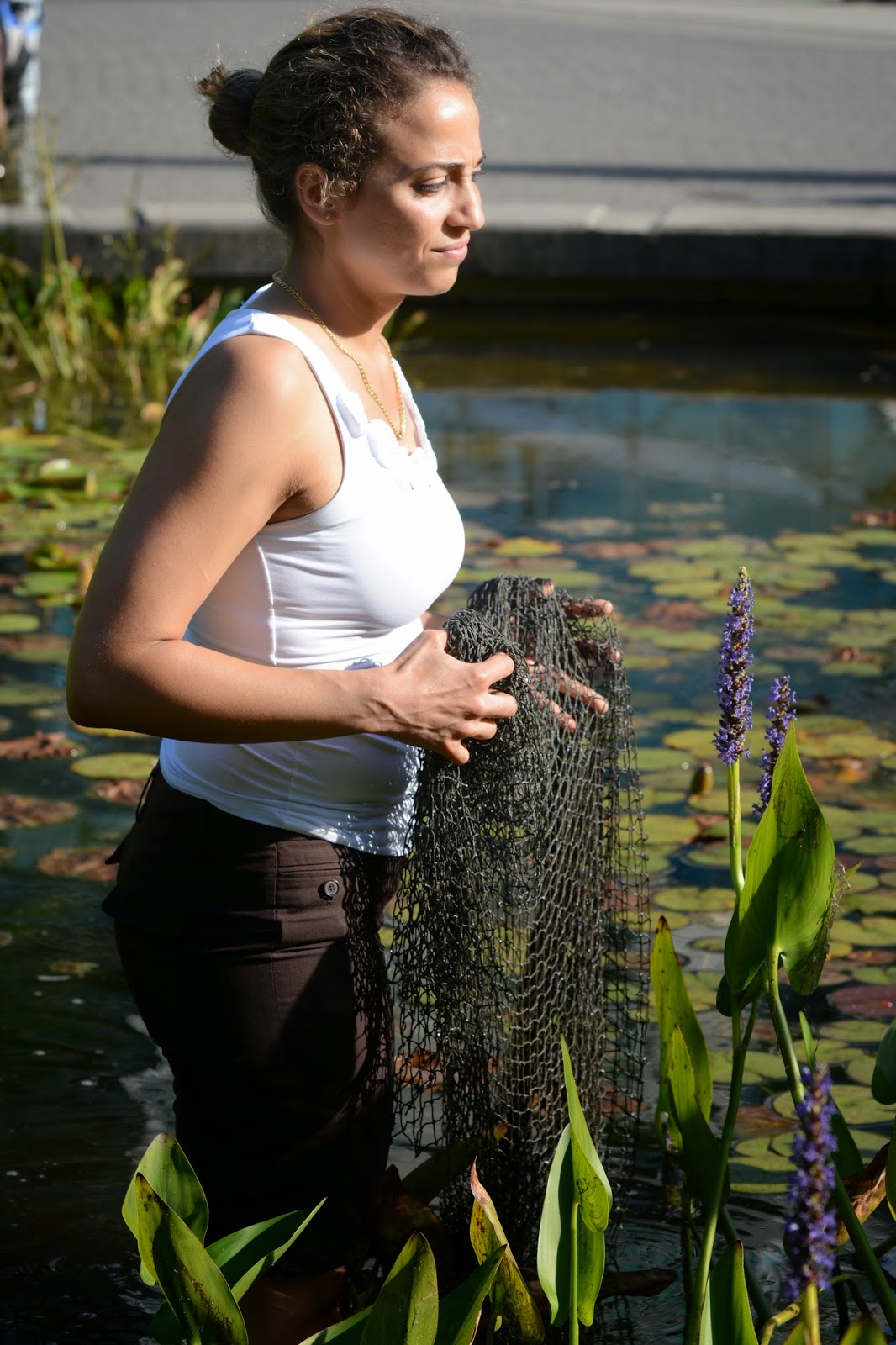 Dedicated helpers and concerned onlookers had drawn near. 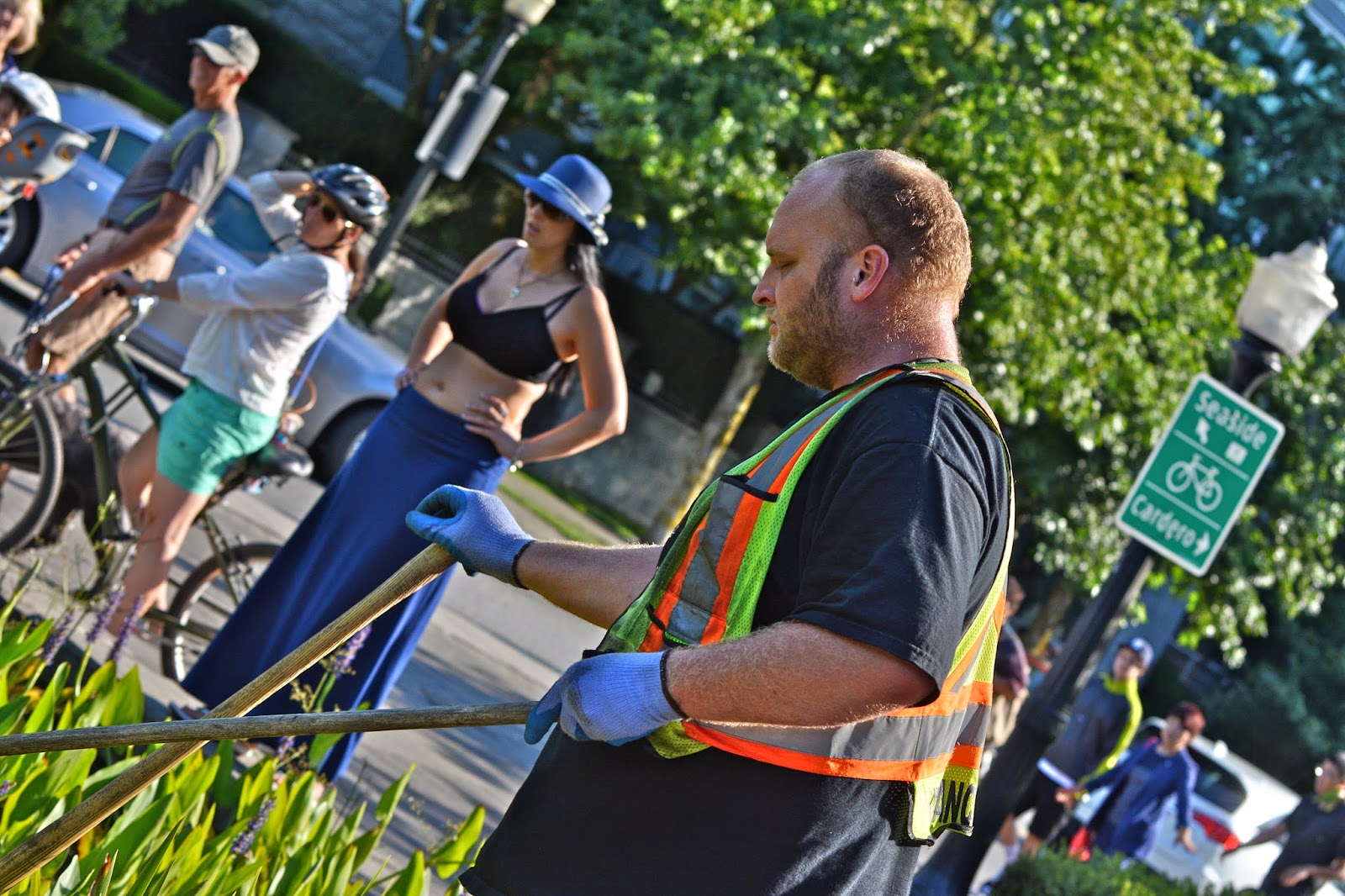 This damoiseau (a young man not yet dubbed a knight) almost slipped.. 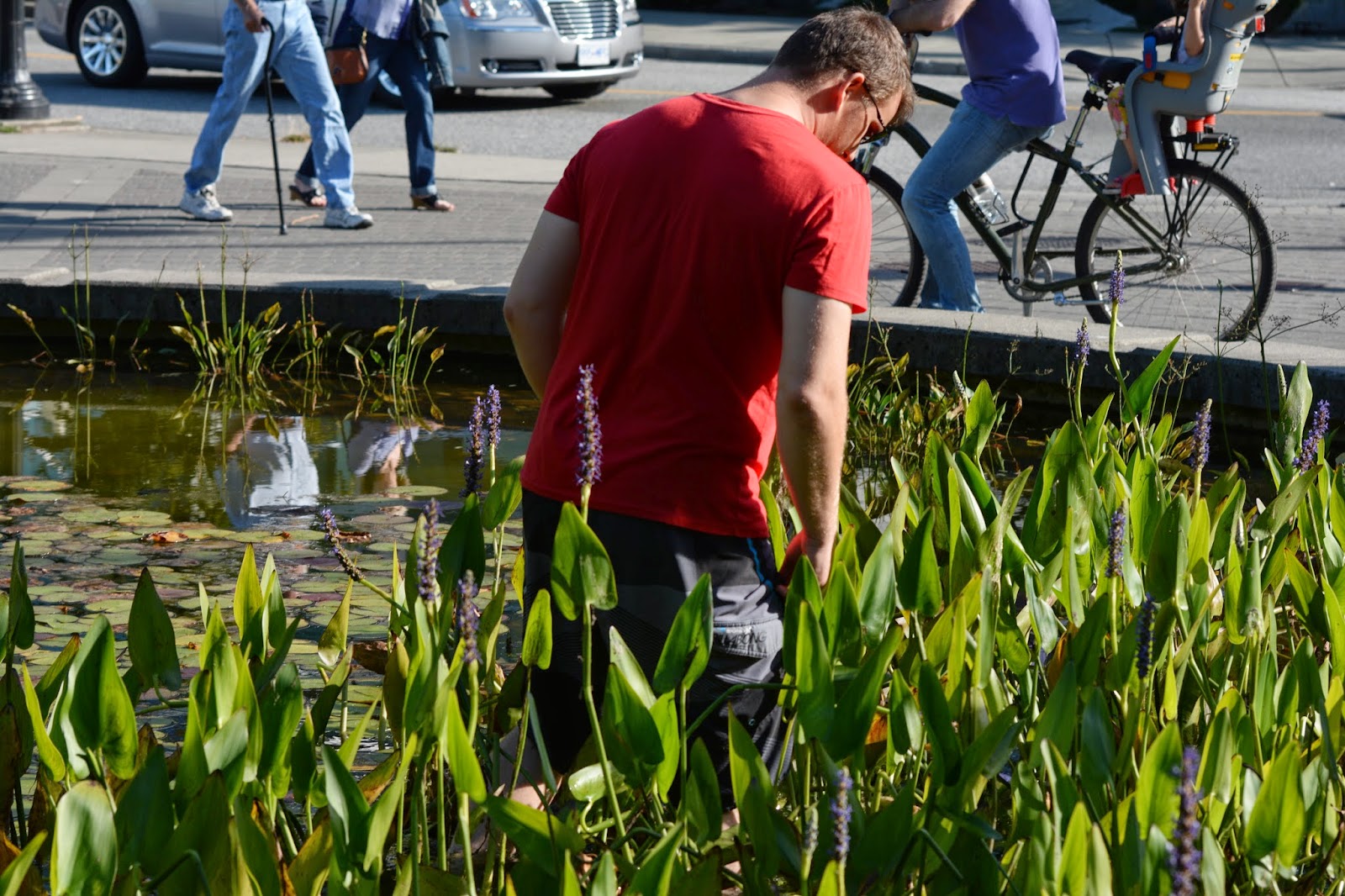 but he seemed determined to find and deprehend (catch) something.  I finally learned that a duck (perhaps the very same one I had posted about 12 days ago that had taken her little ones to that pond) had been rescued with four of her babies by someone from Wildlife Rescue.  They had been relocated to a more appropriate home but, sadly, it had been impossible to capture the last duckling.  It had survived the night alone but the goal was to deliver it to its mother and siblings. 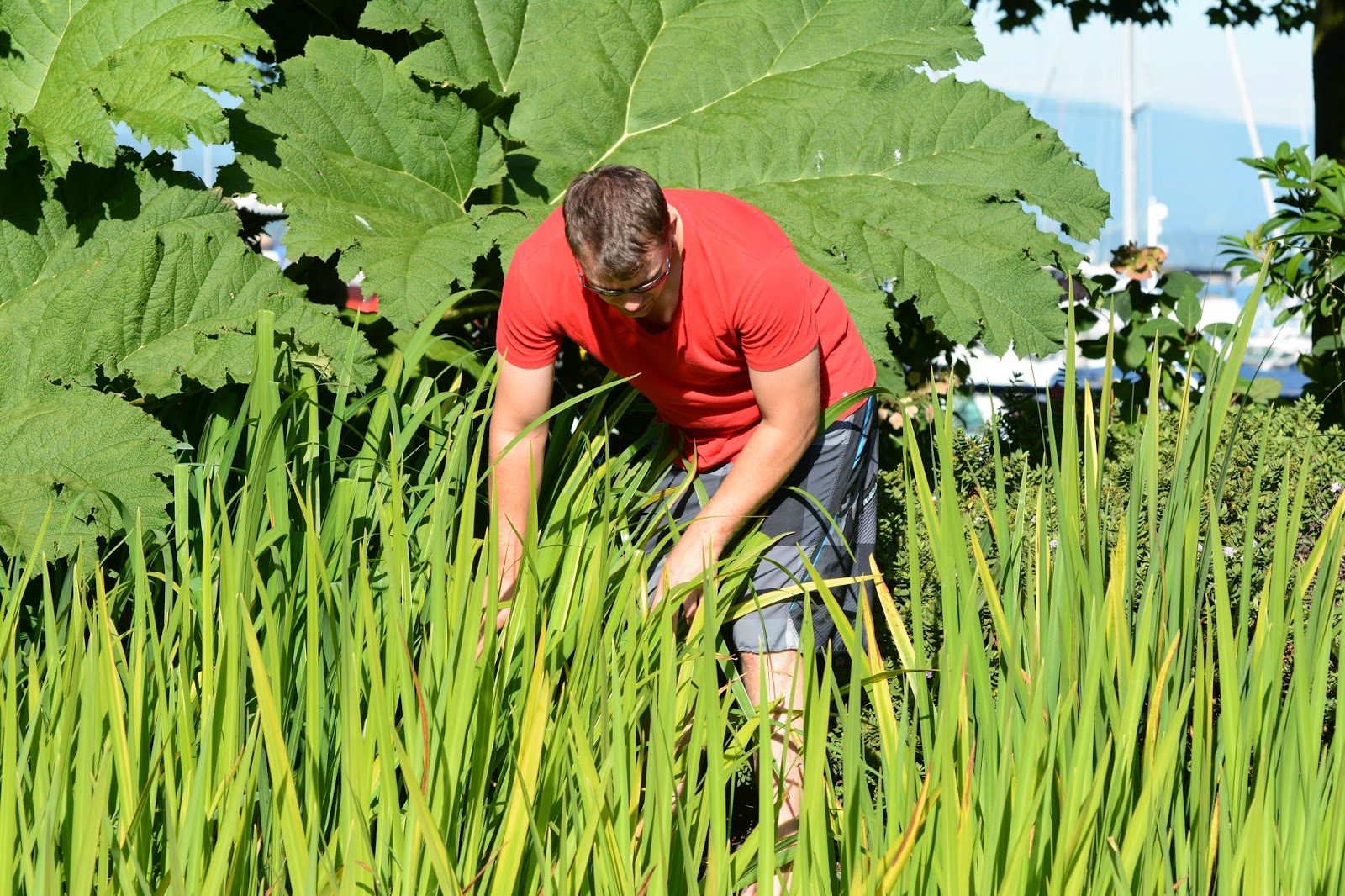 We waited for quite a while, and though we all saw the duckling several times, it was very good at diving and escaping the net.  Finally, we left, as did the city worker, but I talked to the young girls who had tried their best to help the little duckling.  I was inspired by their caring and they in turn were inspired by all of the people who truly wanted to help.  What a good news story!  They told me they are now Canadian citizens (dandy ones, I might add) but came originally from Egypt.  They added that they planned to go back later that evening in the hopes of finally catching the duckling. I gave them the blog address and am hoping against hope that their efforts may have met with success. 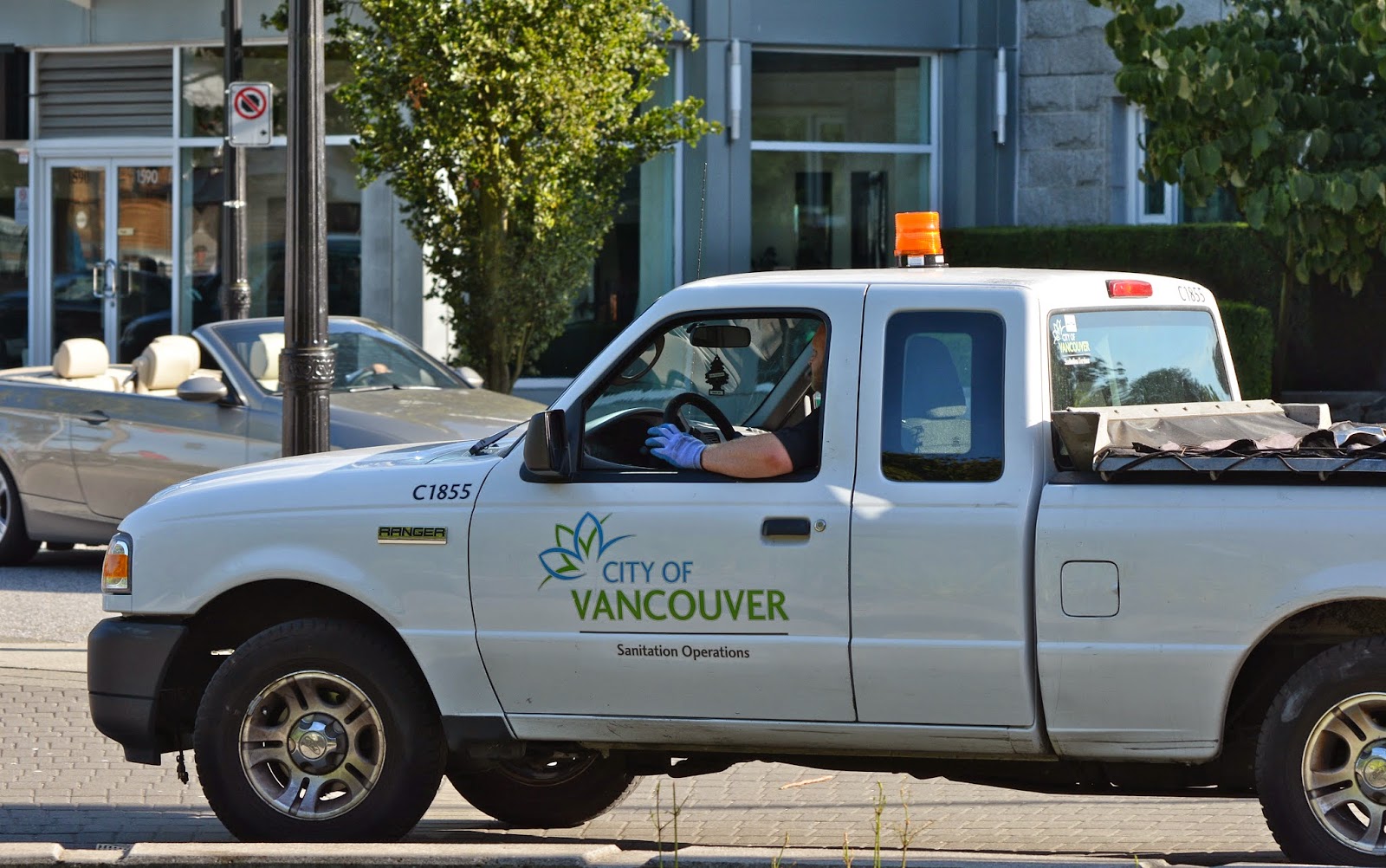 Bill was waiting with Black Jack.  We talked about the ducks but we also digressed to the topic of this nearby building that neither of us had noticed before.  I don't think I've ever seen a domicile in such a deep shade of pink. 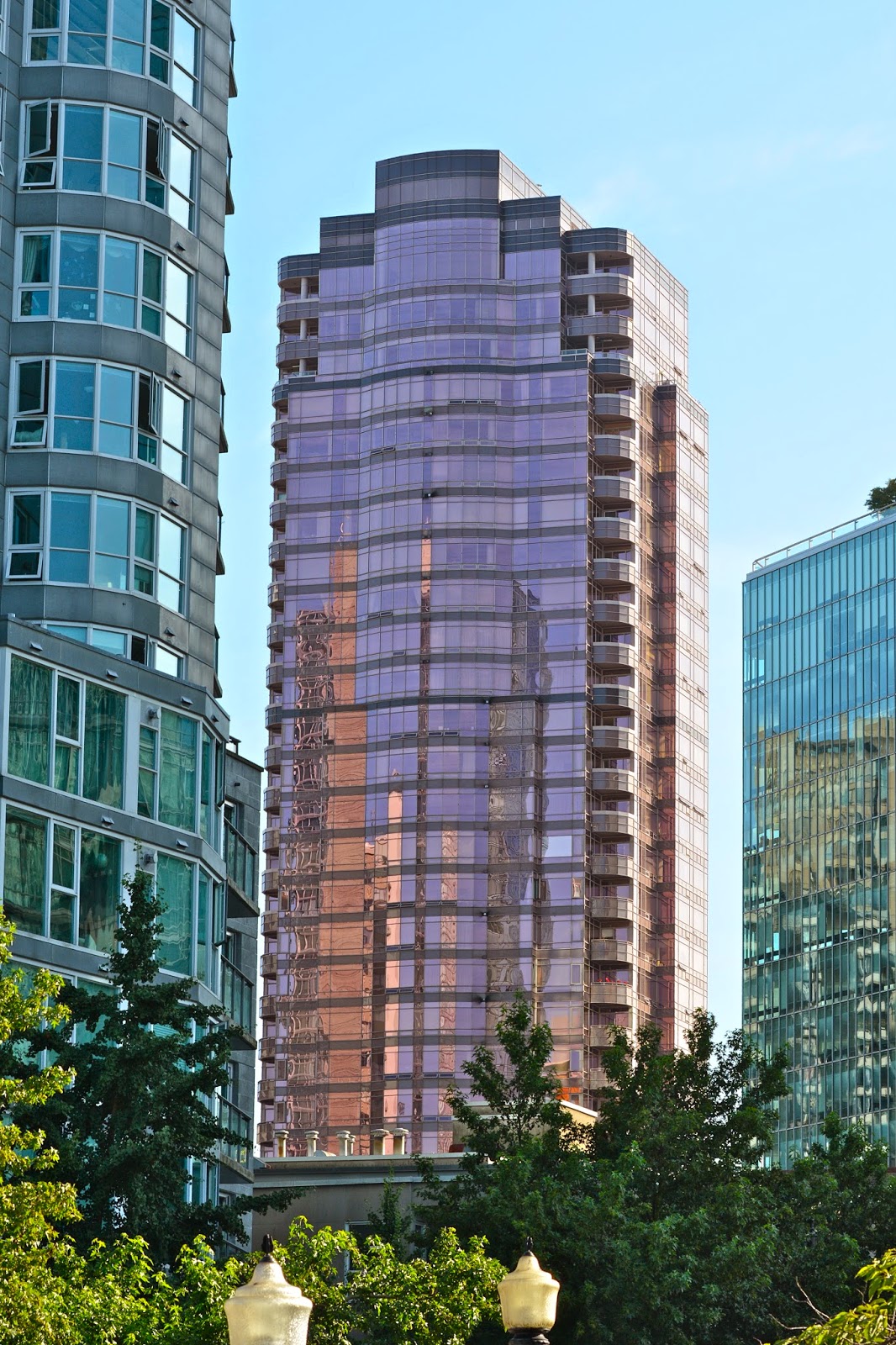 I took a shot of the pond to demonstrate just how difficult it must have been, and how much dexterity it must have required to walk on the slimy stones and into the slippery grasses. 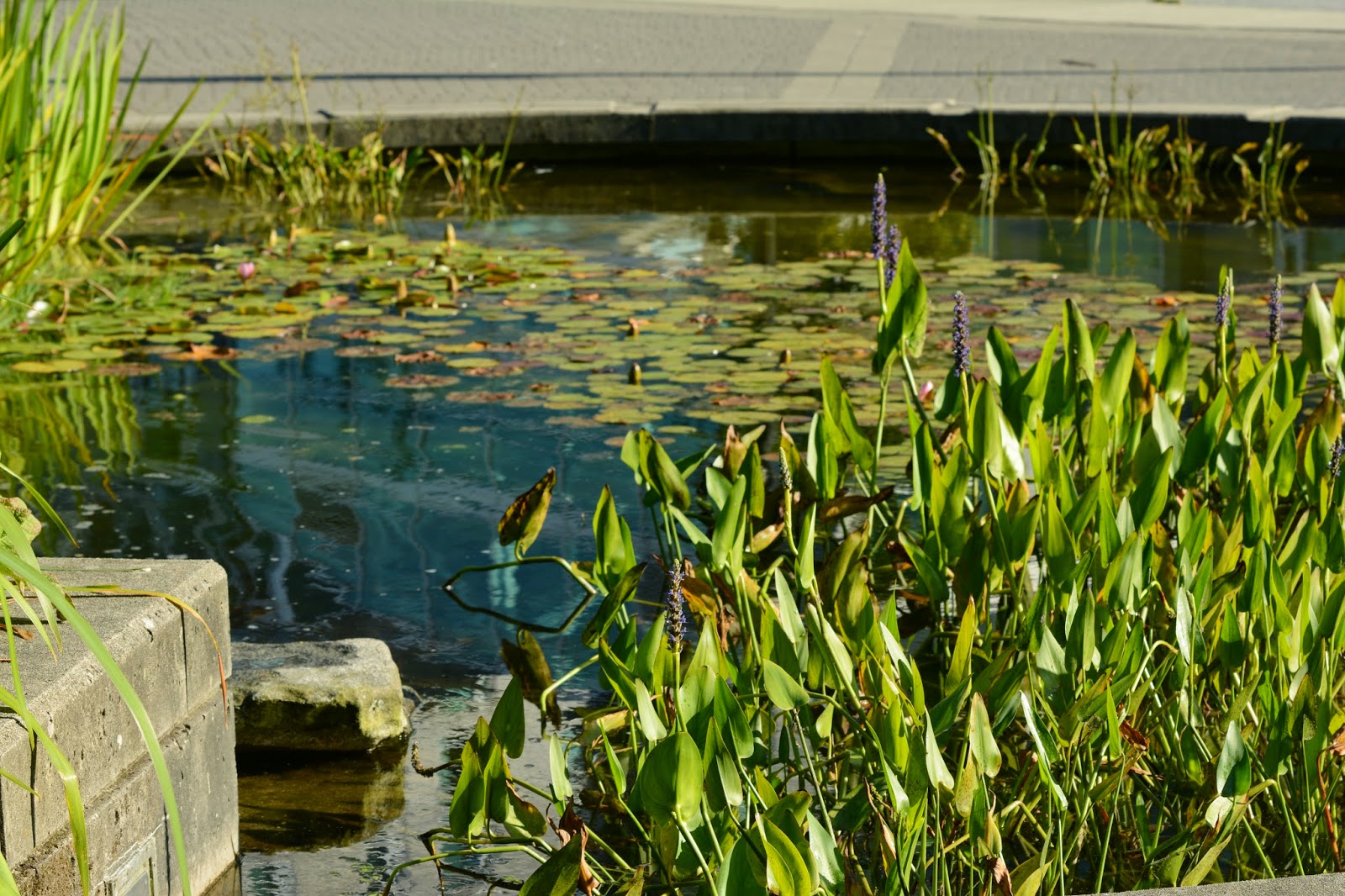 I also couldn't resist taking a photo of this pretty dress.  This little girl is learning at a young age to care for her environment and the life within it. 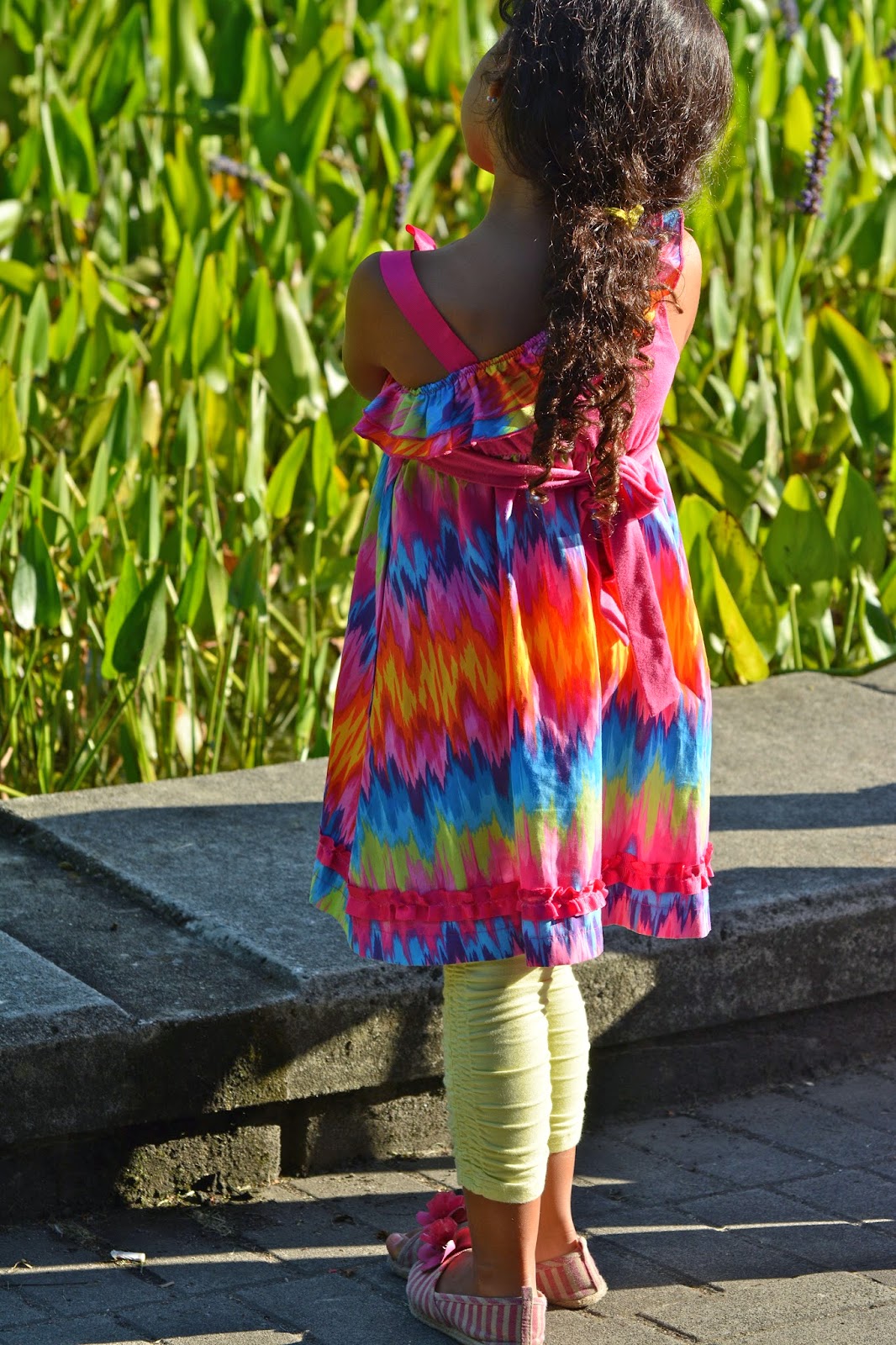 We continued along the bike route to the next pond, one that we often visit.  It seemed quite the coincidence when a mama duck.. 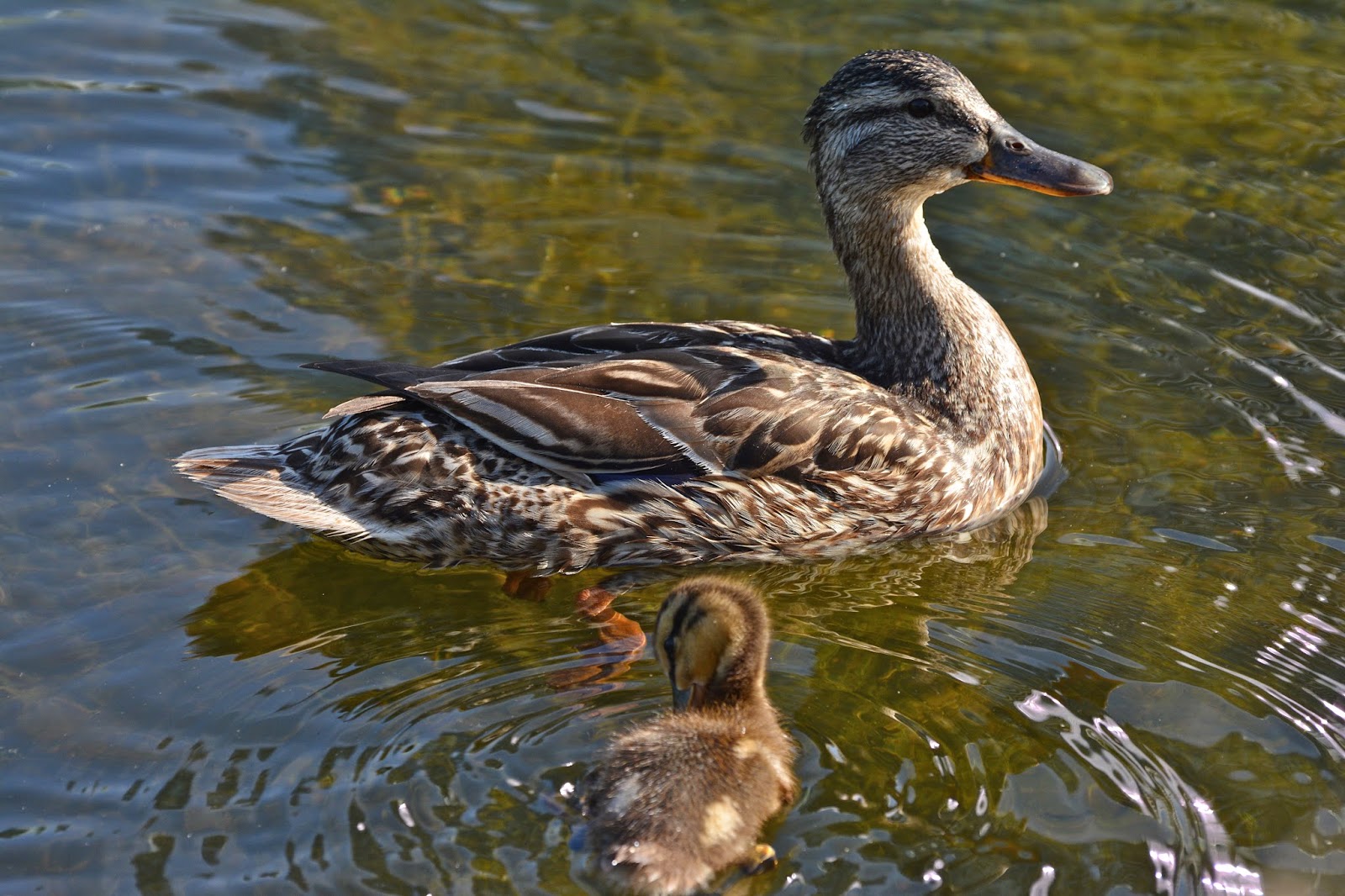 and her three babies swam by. 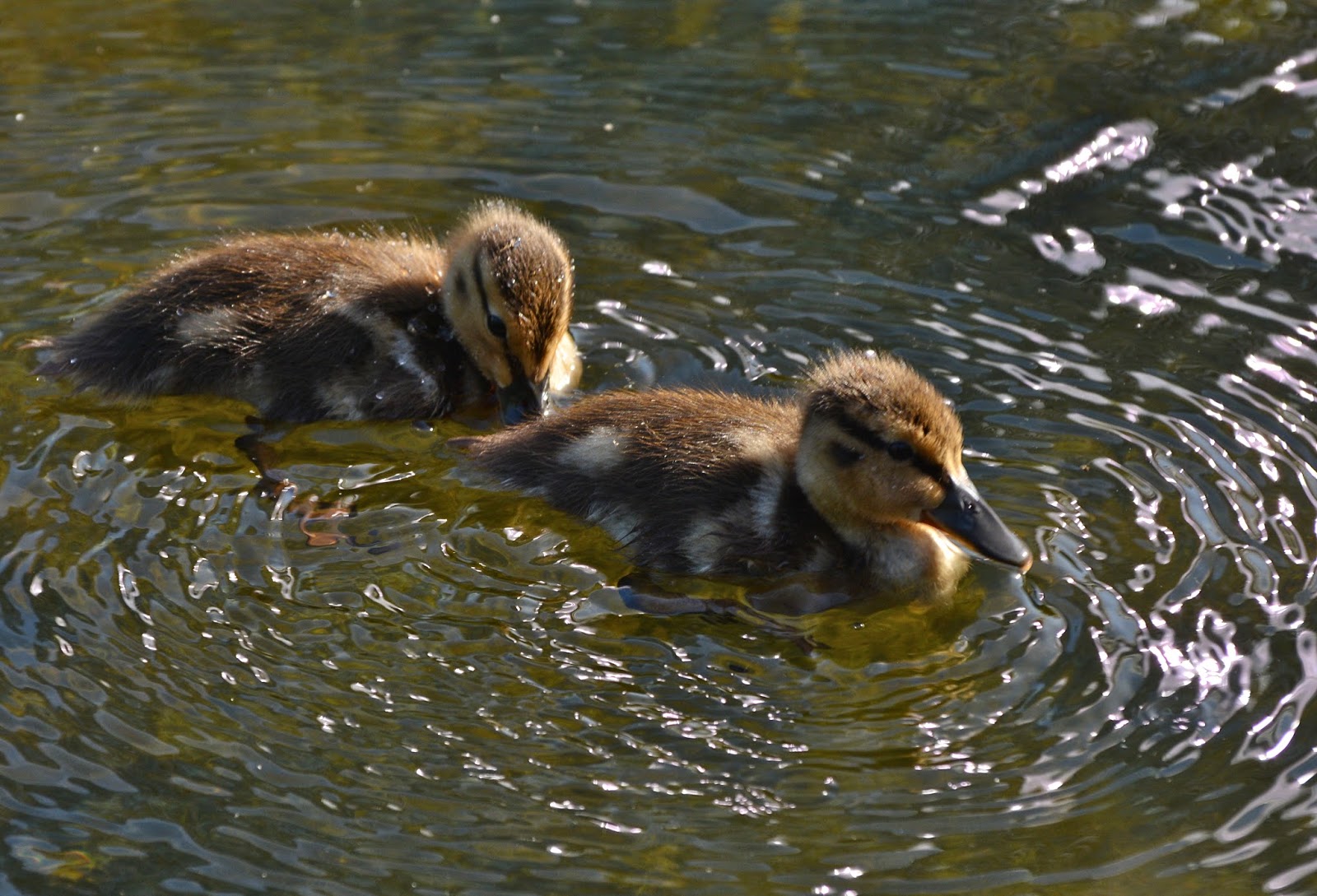 A heron landed on a tree to my left. 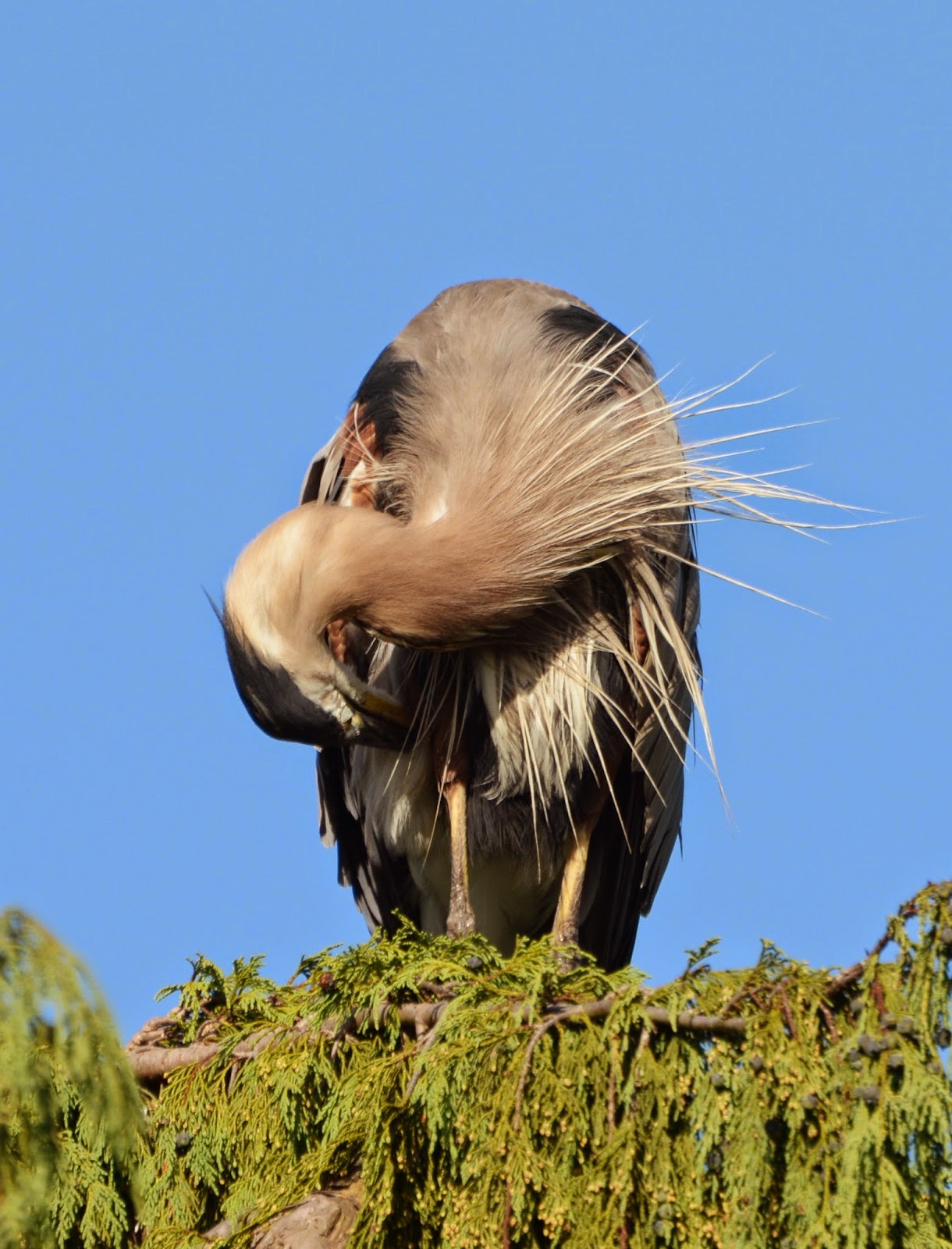 Its distinguishing markings stood out beautifully against the bright blue sky. 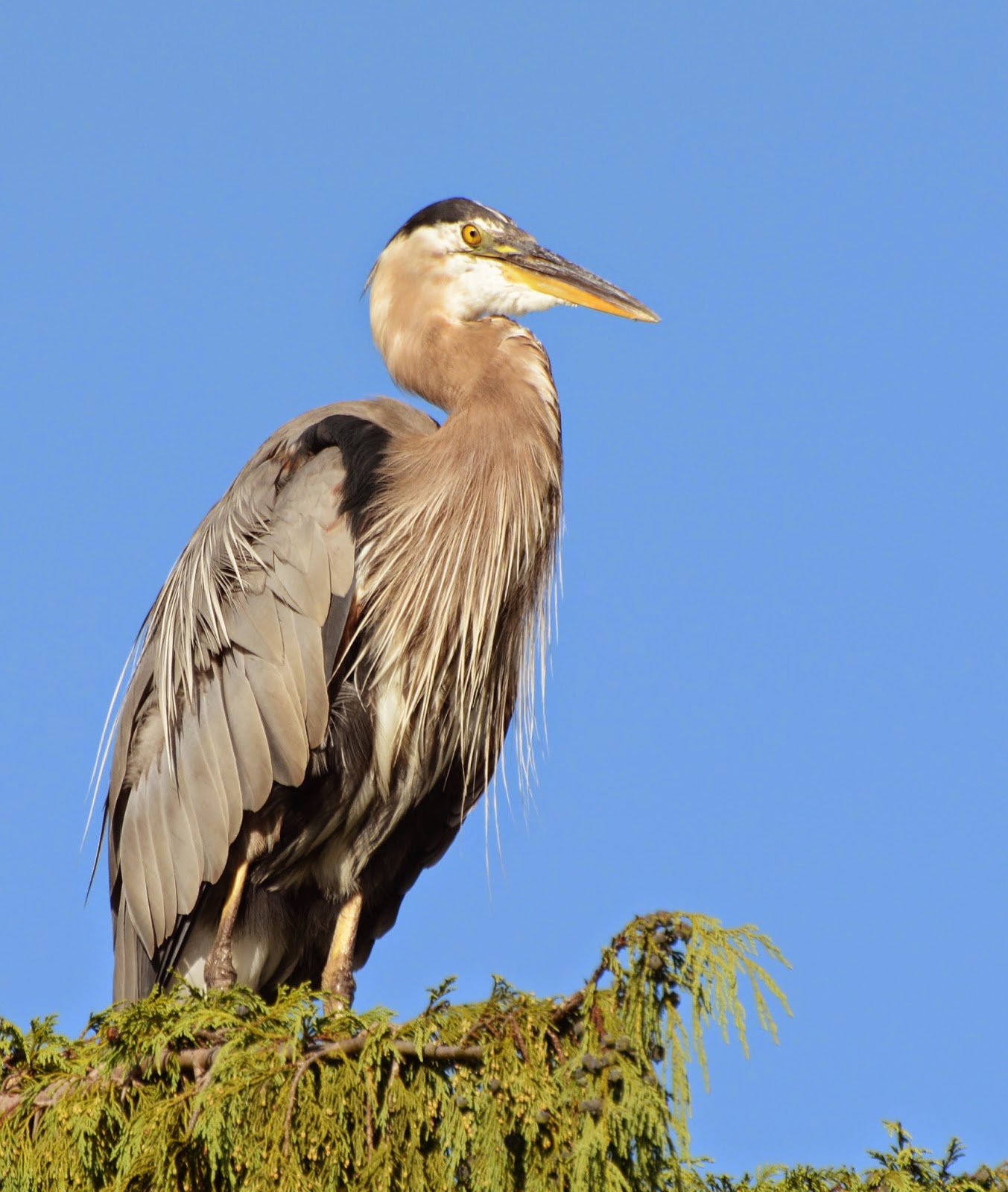 This bird also landed and stayed a few moments.  The redwings have left, but perhaps this is one that stayed behind.  Or, perhaps a young starling? 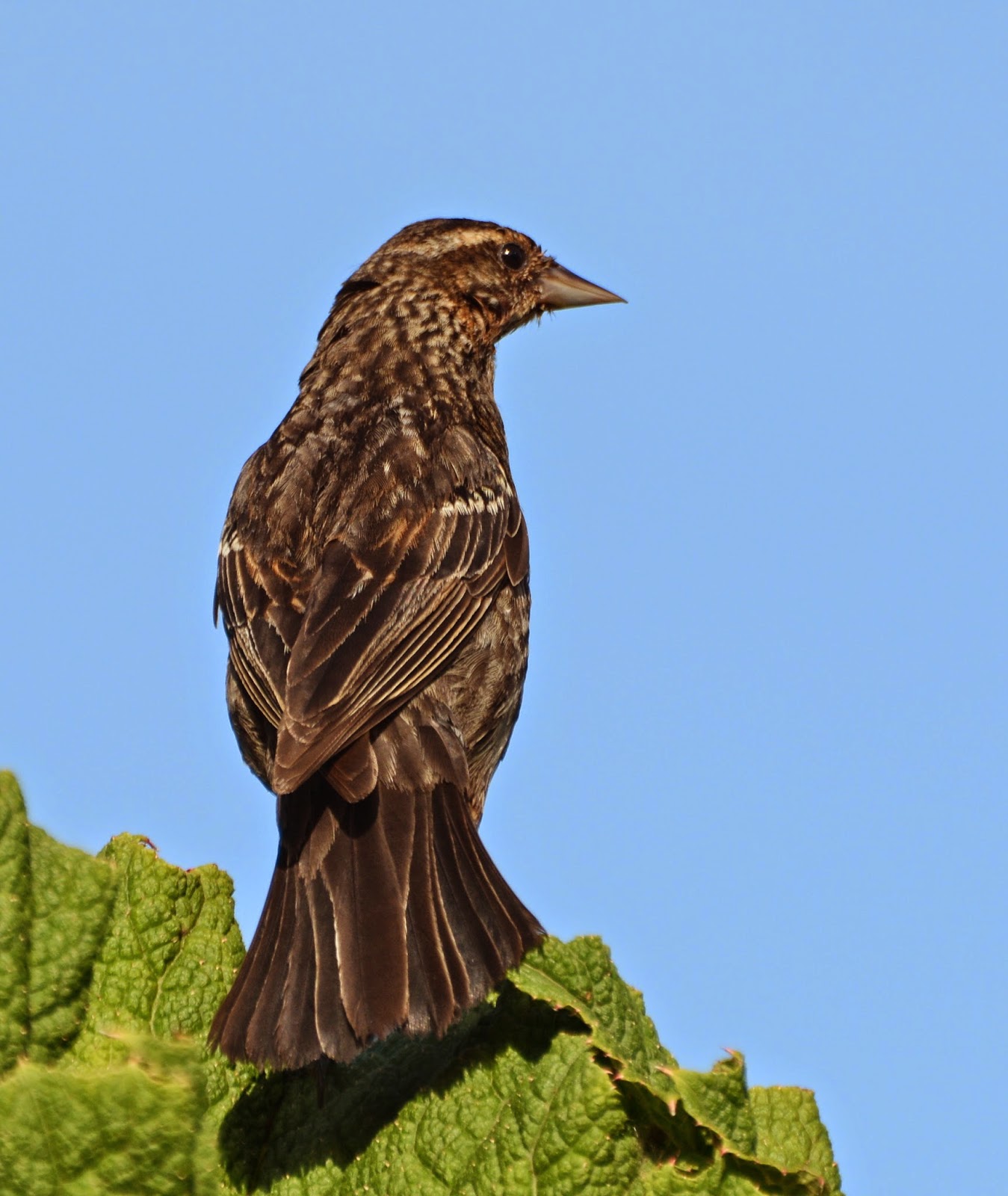 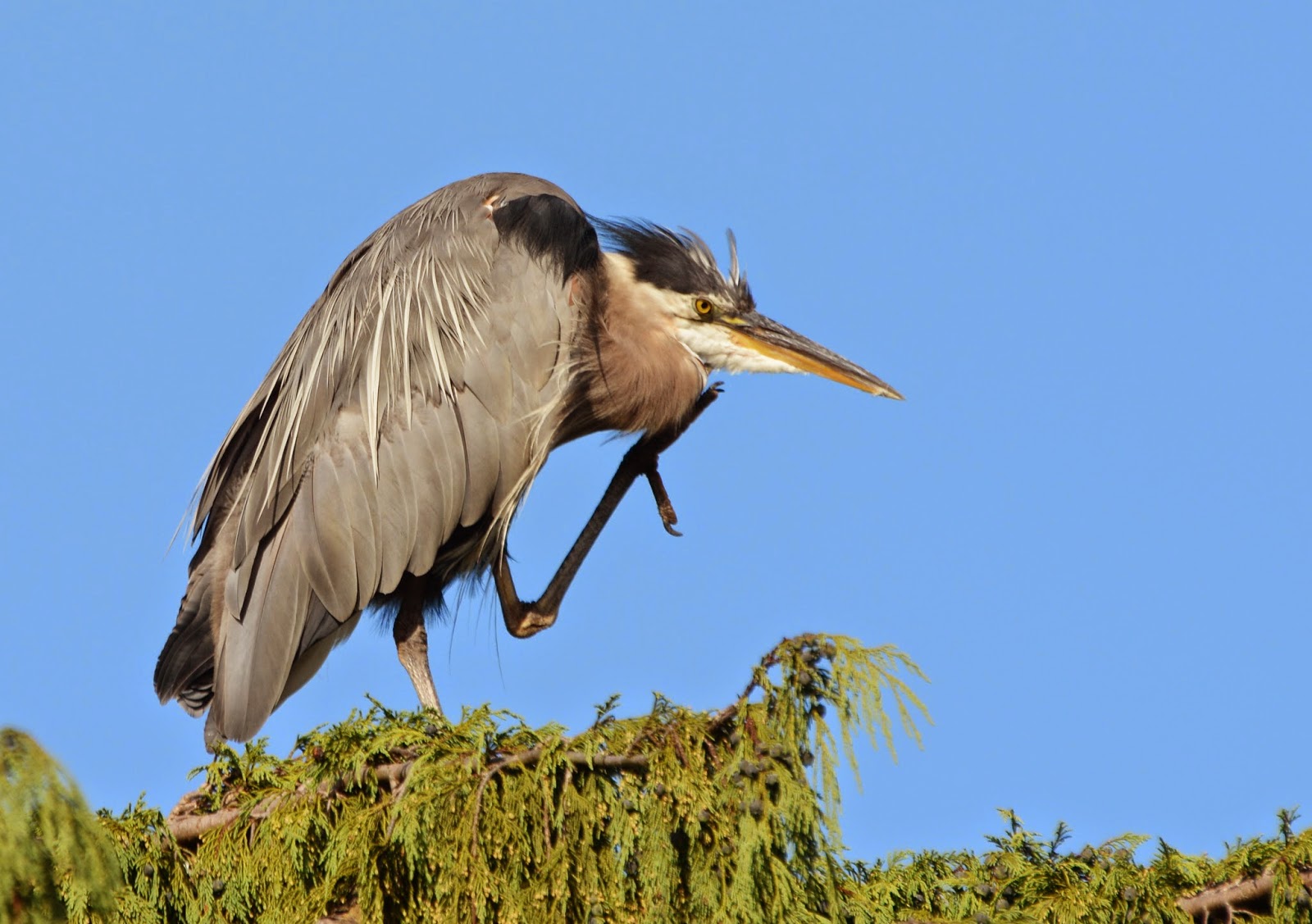 its feathers caught the wind and stood up to create a disgruntled expression. 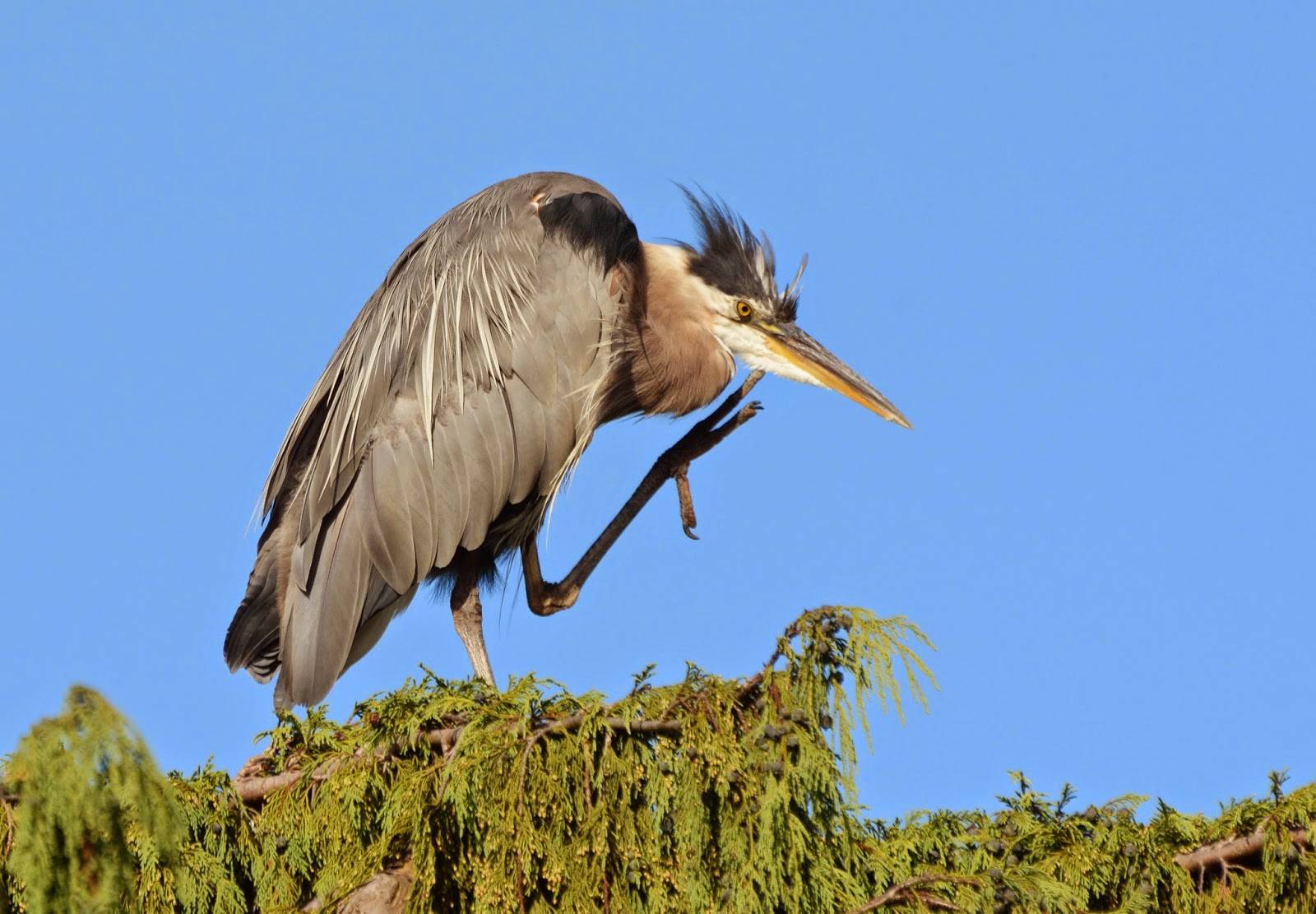 It suddenly began to stare upwards, and though I wasn't able to capture this, 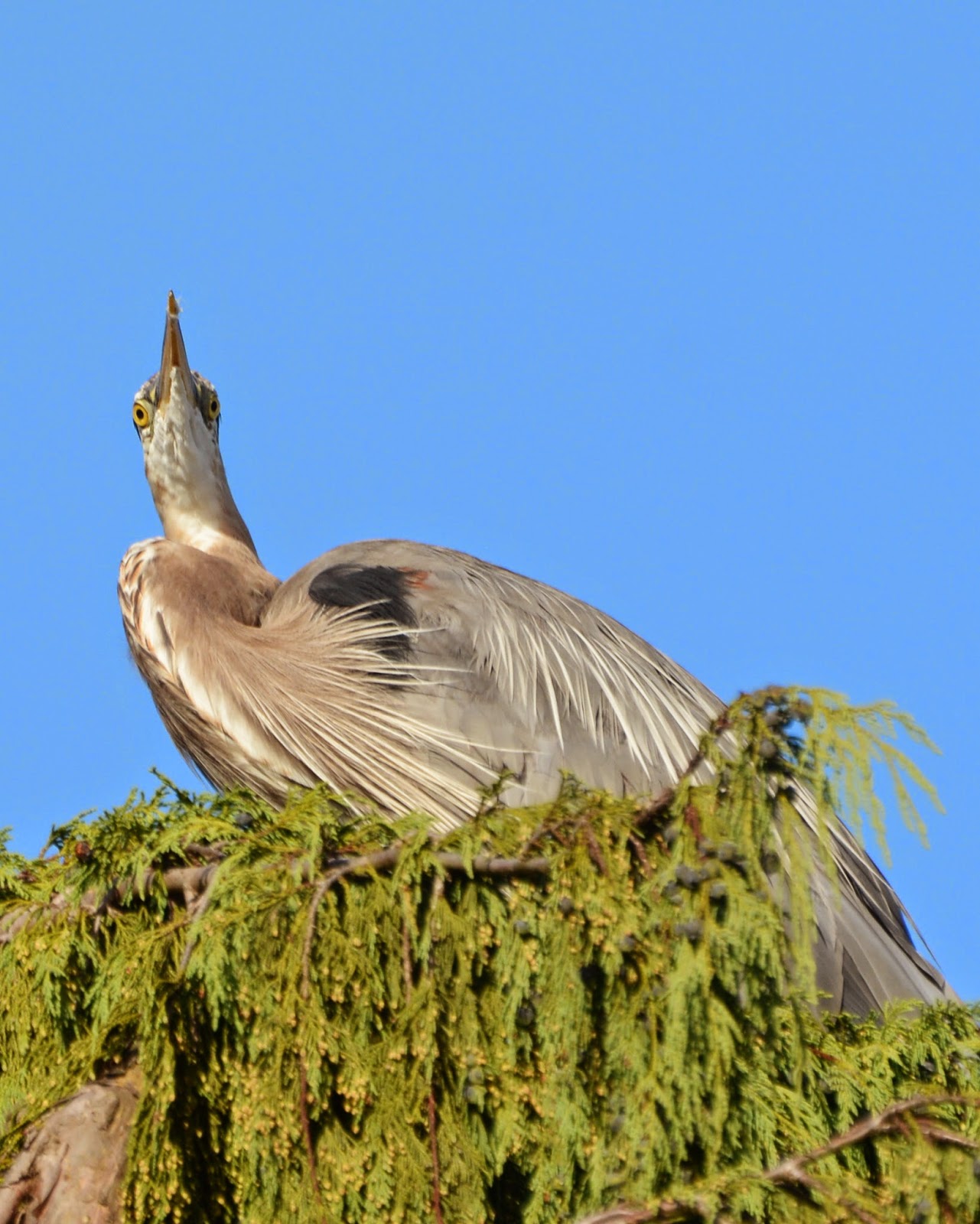 it was being dive-bombed by some swallows. 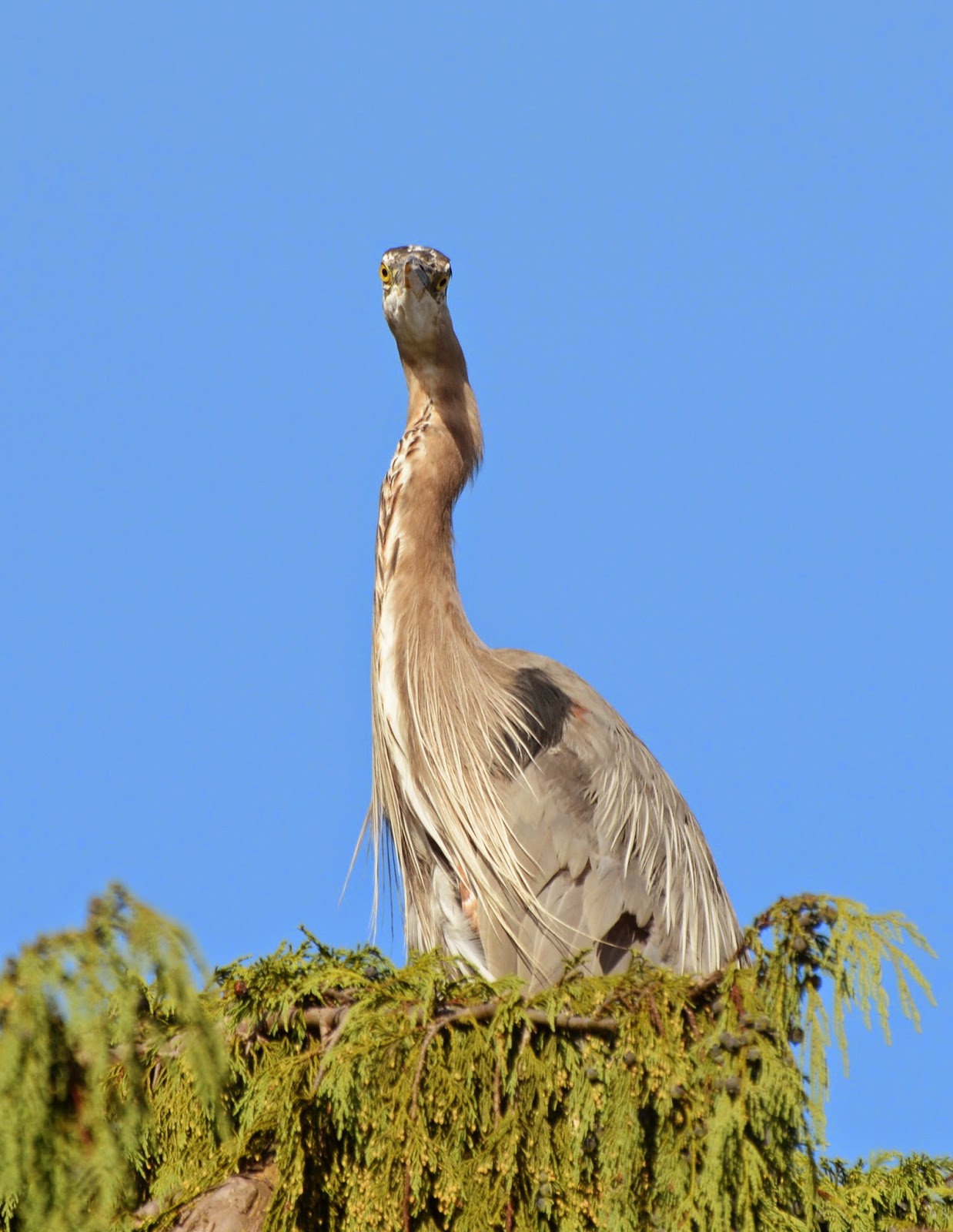 My attention went back and forth between the mother and her three ducklings.. 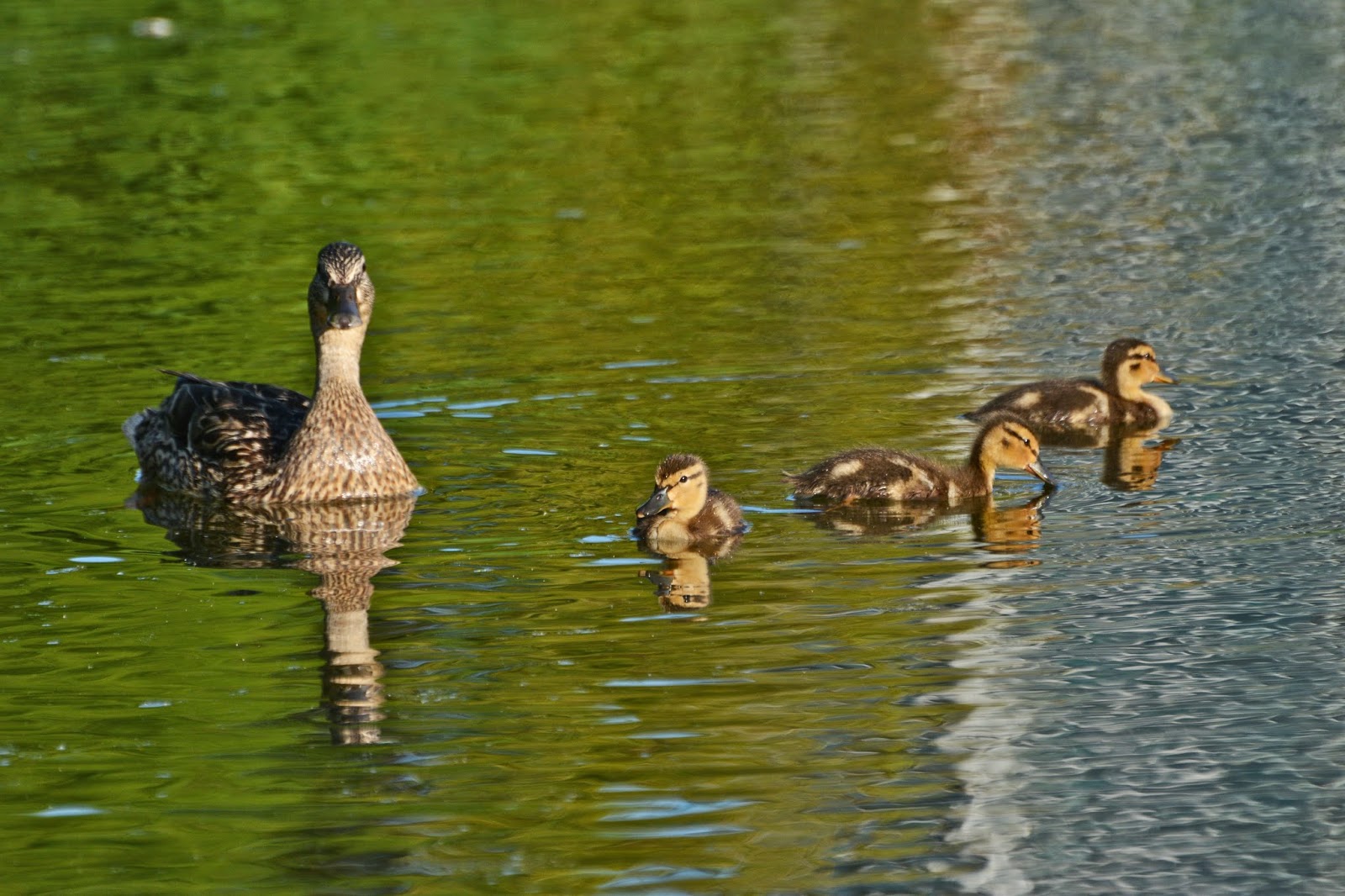 and the heron in the tree. 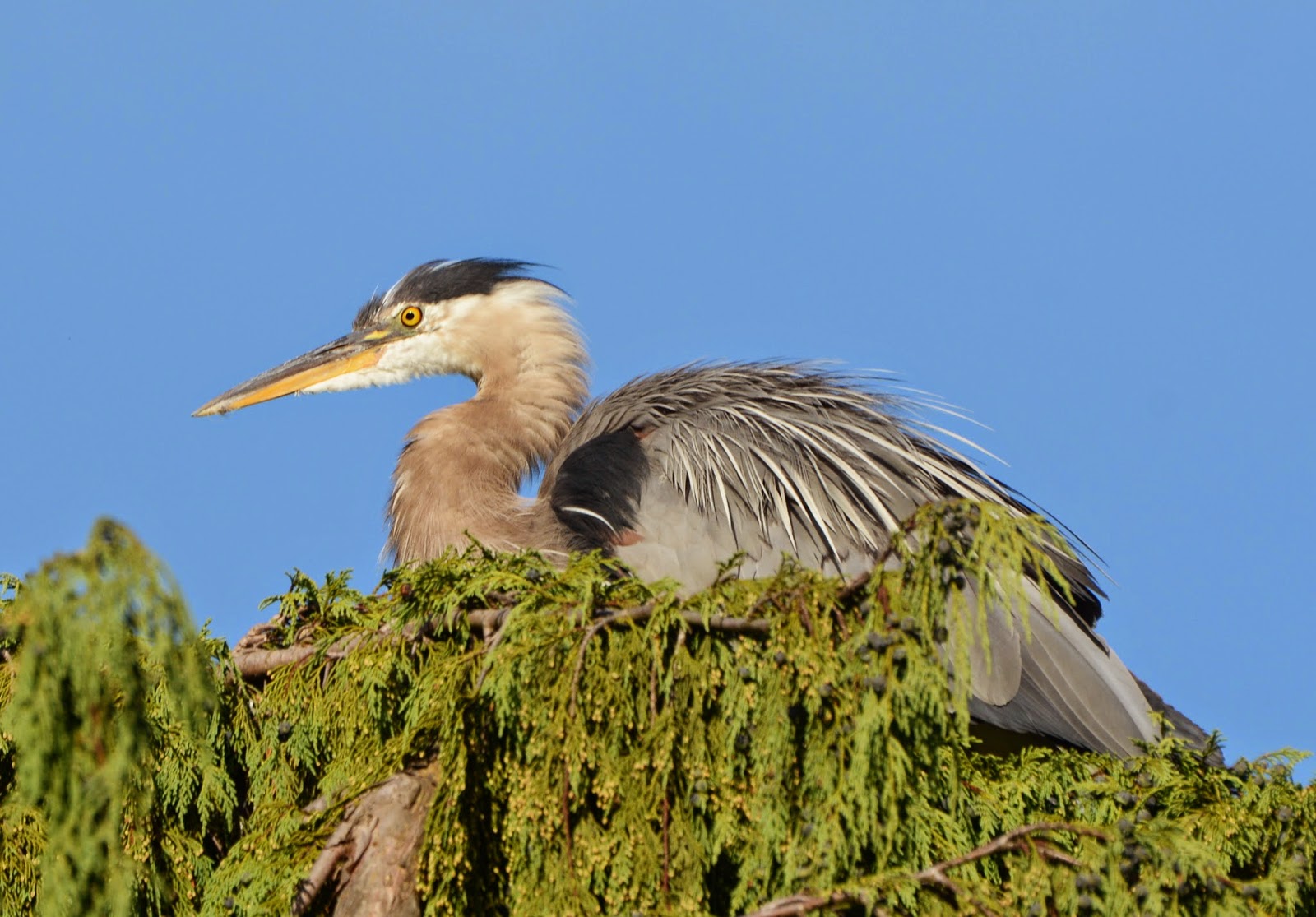 But because "D" is the letter of the day, I'll conclude the post with a few more ducks.. 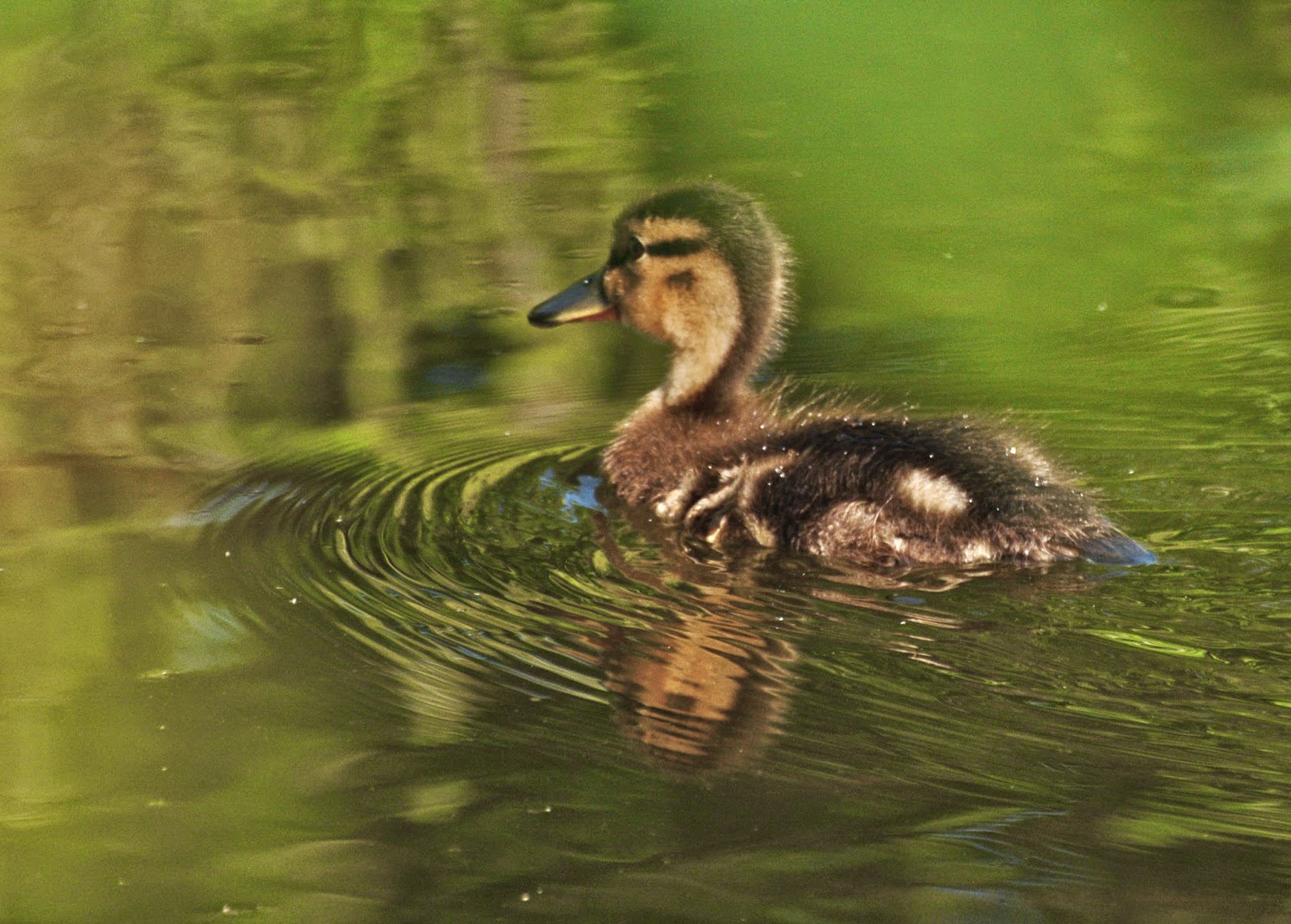 and a poem about ducks that is in Chapter 2 of The Wind In The Willows. 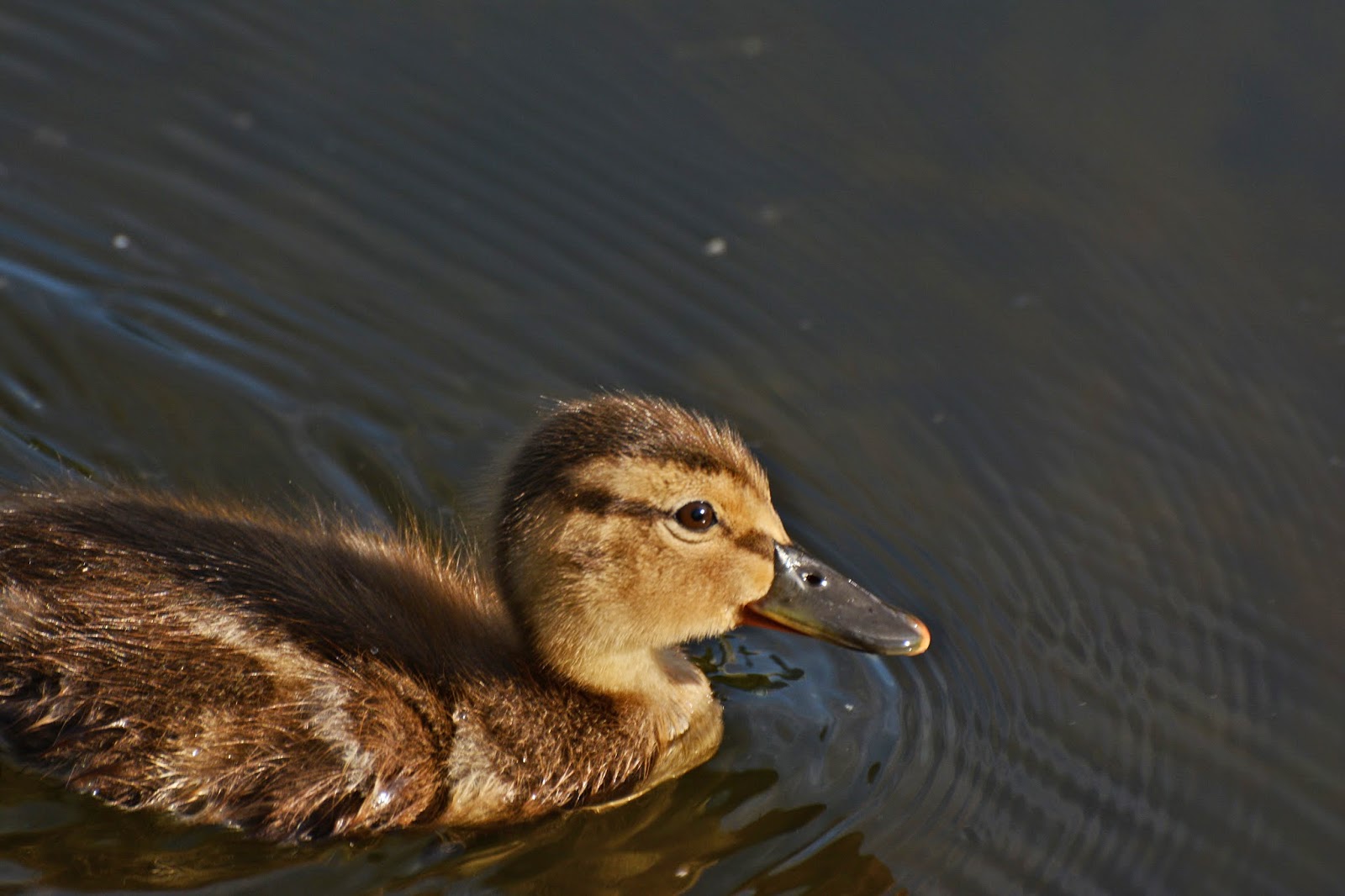 
`DUCKS' DITTY.'
All along the backwater,
Through the rushes tall,
Ducks are a-dabbling,
Up tails all!
Ducks' tails, drakes' tails,
Yellow feet a-quiver,
Yellow bills all out of sight
Busy in the river!
Slushy green undergrowth
Where the roach swim--
Here we keep our larder,
Cool and full and dim.
Everyone for what he likes!
WE like to be
Heads down, tails up,
Dabbling free!
High in the blue above
Swifts whirl and call--
WE are down a-dabbling
Up tails all! 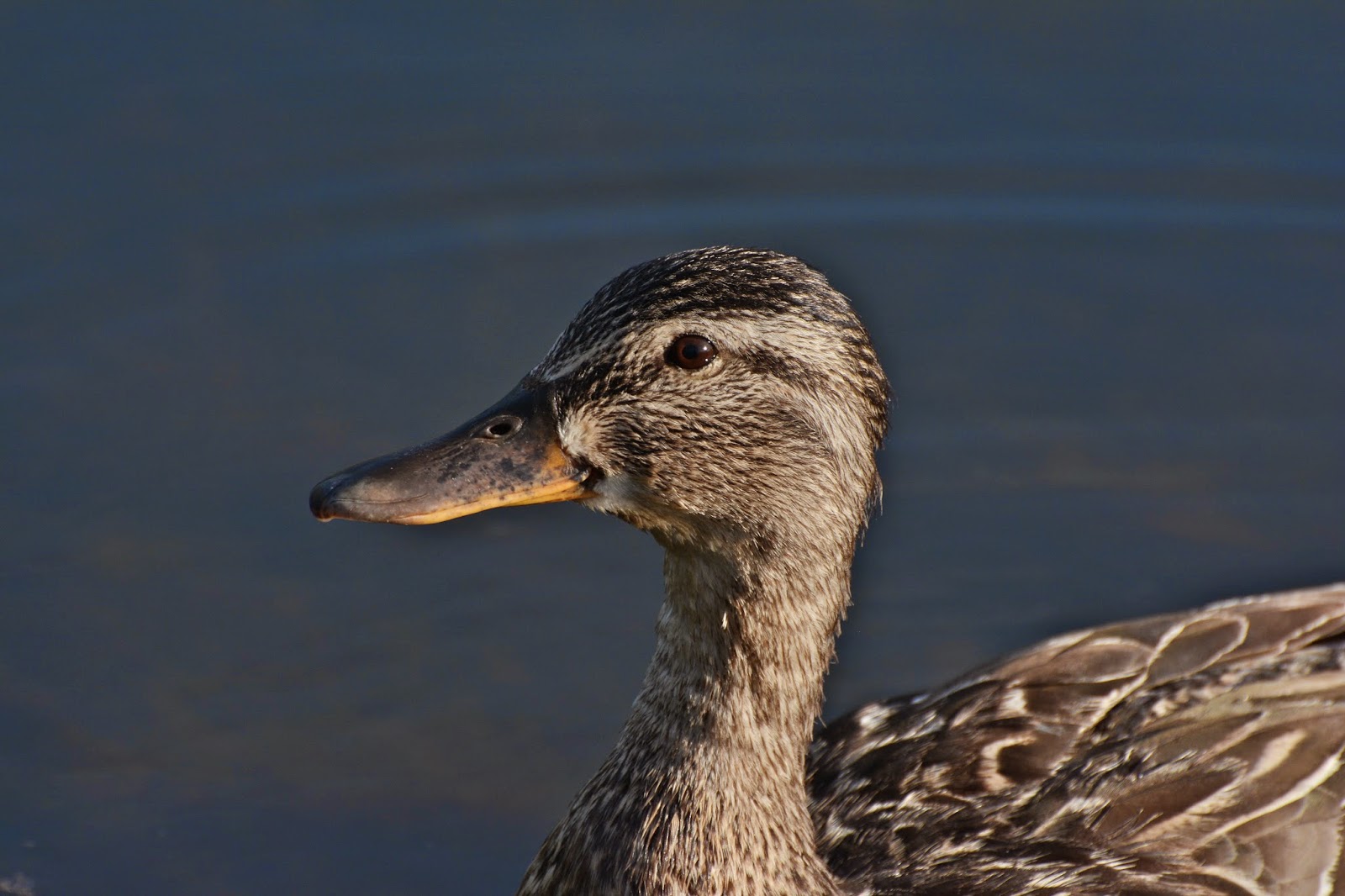 Mama Duck and I thank you for your interest in her and in the letter D.  I also want to express my gratitude to Mrs. Denise Nesbitt and her devoted volunteers at ABC Wednesday.  I promise to update if the little duckling is rescued.
Posted by Black Jack's Carol at 10:55 AM