ABC Wednesday's 15th round is in full swing, and this week, the letter "F" is featured.  Roger's post (one of several fantabulous volunteers) was such a brilliant read this morning, I recommend you take a little foray over there to learn more about the meme and its fireball creator, Denise Nesbitt.  More clever ways of using "F" words would be hard to find.

I checked out the Unusual Words that Begin with F site for a few new words to add to my vocabulary.  The words I found interesting this week were fun ones, most known before but sort of revived in my thoughts, and a few of them brand new. Here they are:
1. fadoodle: nonsense
2. fiddlededee: nonsense
3. fiddle-faddle: trifling talk
4. flannel: ostentatious nonsense
5. falderal: nonsense refrains (I seemed to be focused on nonsense this week.)
6. felicificative: tending to make happy
7. flexuose: full of windings and turnings
8. frangible: easily broken
9. funambulism - show of mental agility (also may refer to tightrope walking)
10. fagin: an adult who instructs others in crime
11. faburden: harmony in 3rds and 6ths

Following are the photos I took yesterday with some of those "F" words in the commentary.

We were in Olympic Village when Bill spotted this girl changing a tire on her bike.  I have changed exactly one bicycle tire in my life and that was years and years ago, with some instructions in front of me and not a hope of help in sight.  I feel I couldn't repeat that feat today and am awed by those who can fix frangible (easily broken) things. 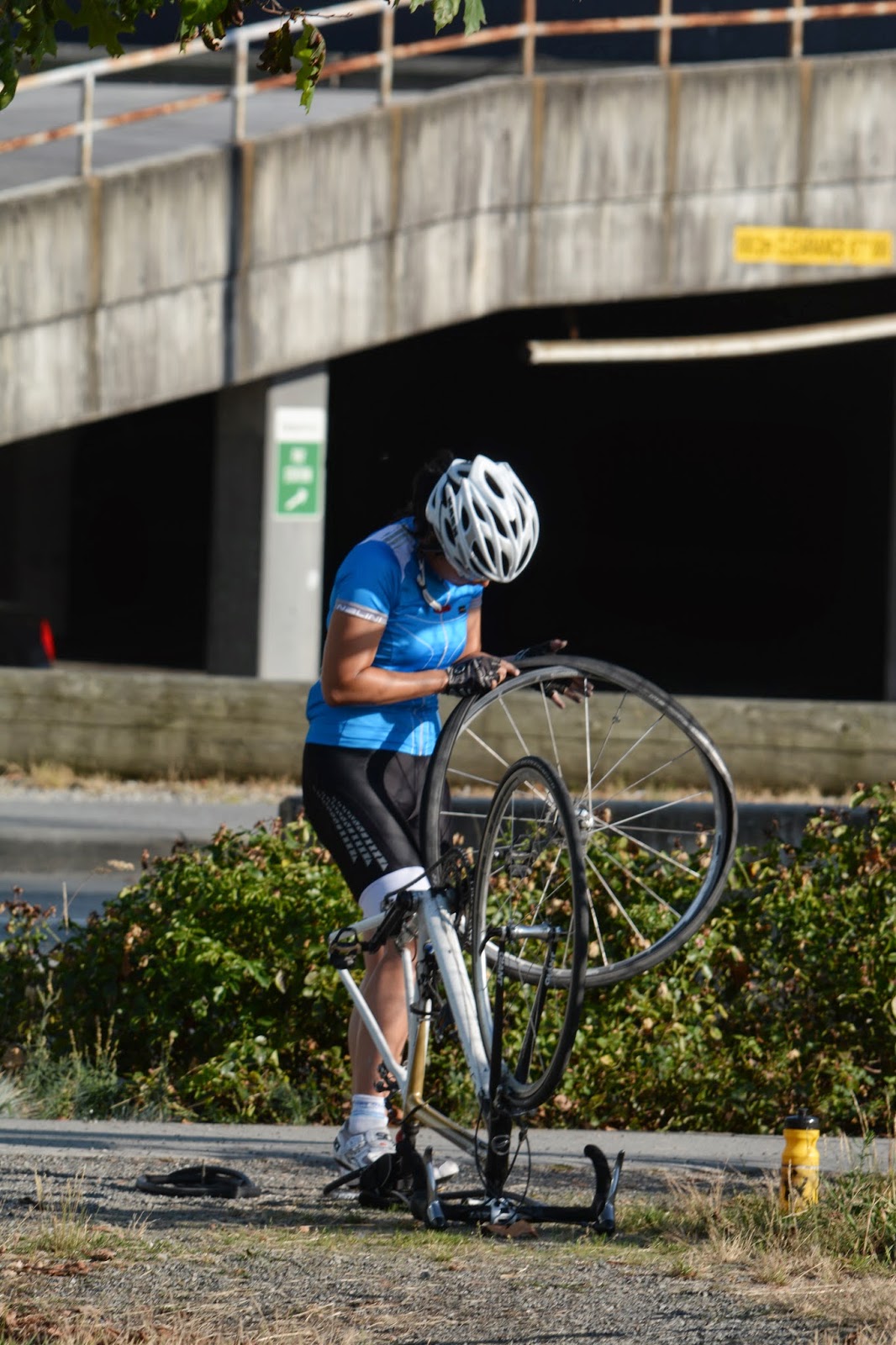 Bill's climb onto a rock with Black Jack in his arms may not quite be an example of funambulism (tightrope walking) but it does show.. 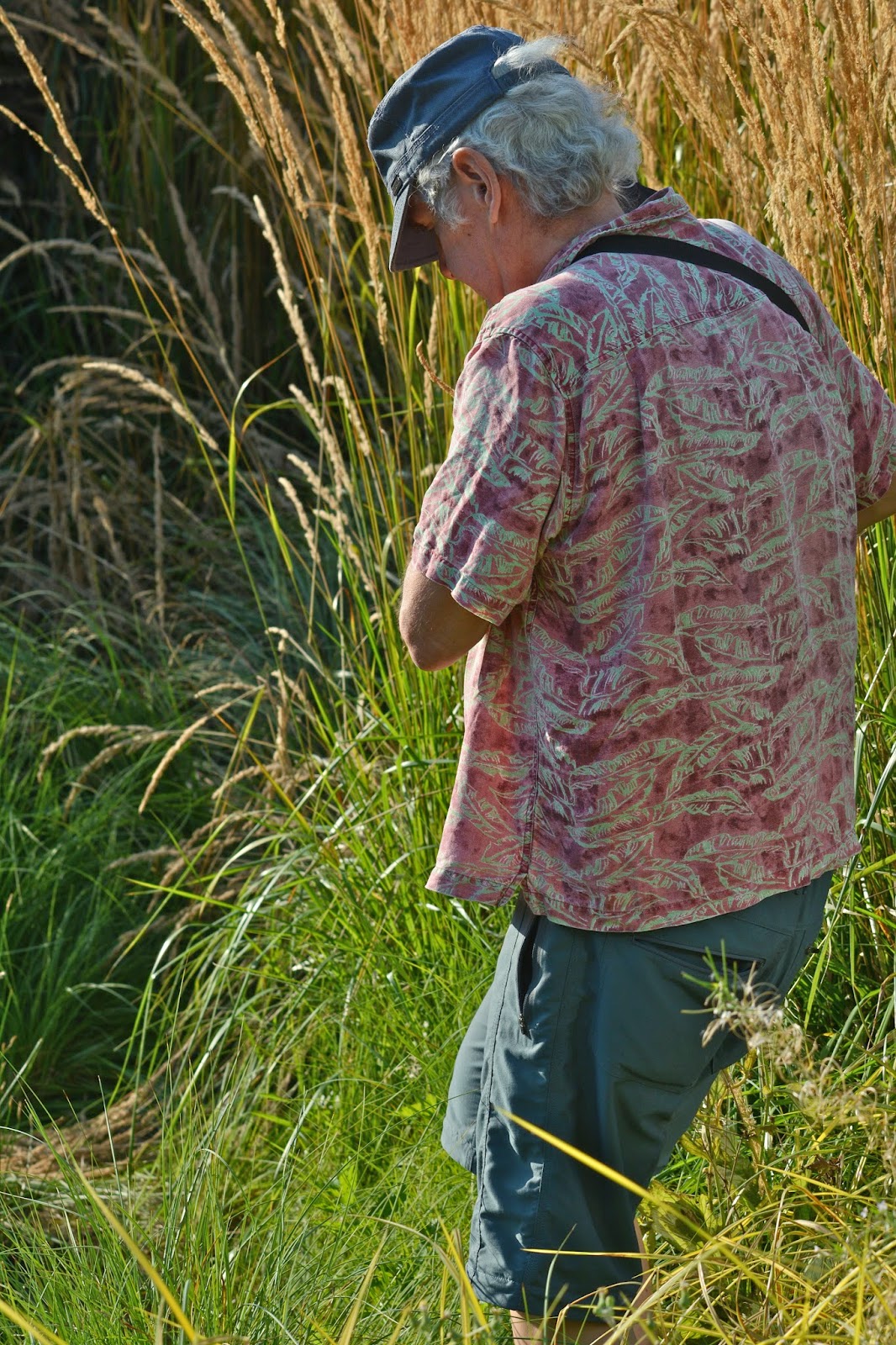 his agility and strength.  That word also means mental agility, and if you were to watch Bill working on our daily crosswords lately, I think you would be impressed.  His skills leave me in the dust, all the more remarkable after issues from his recent surgeries.  Seeing him.. 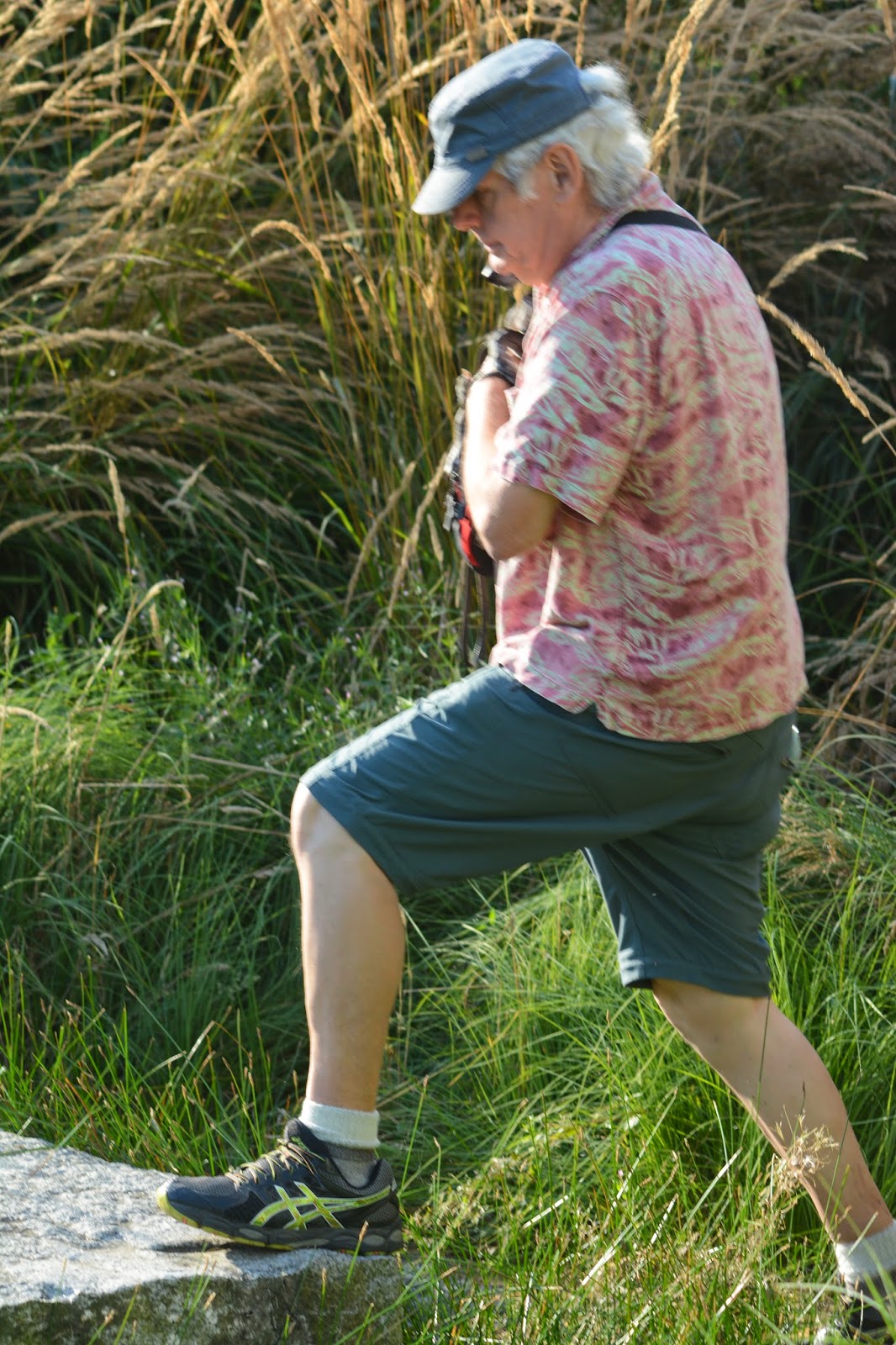 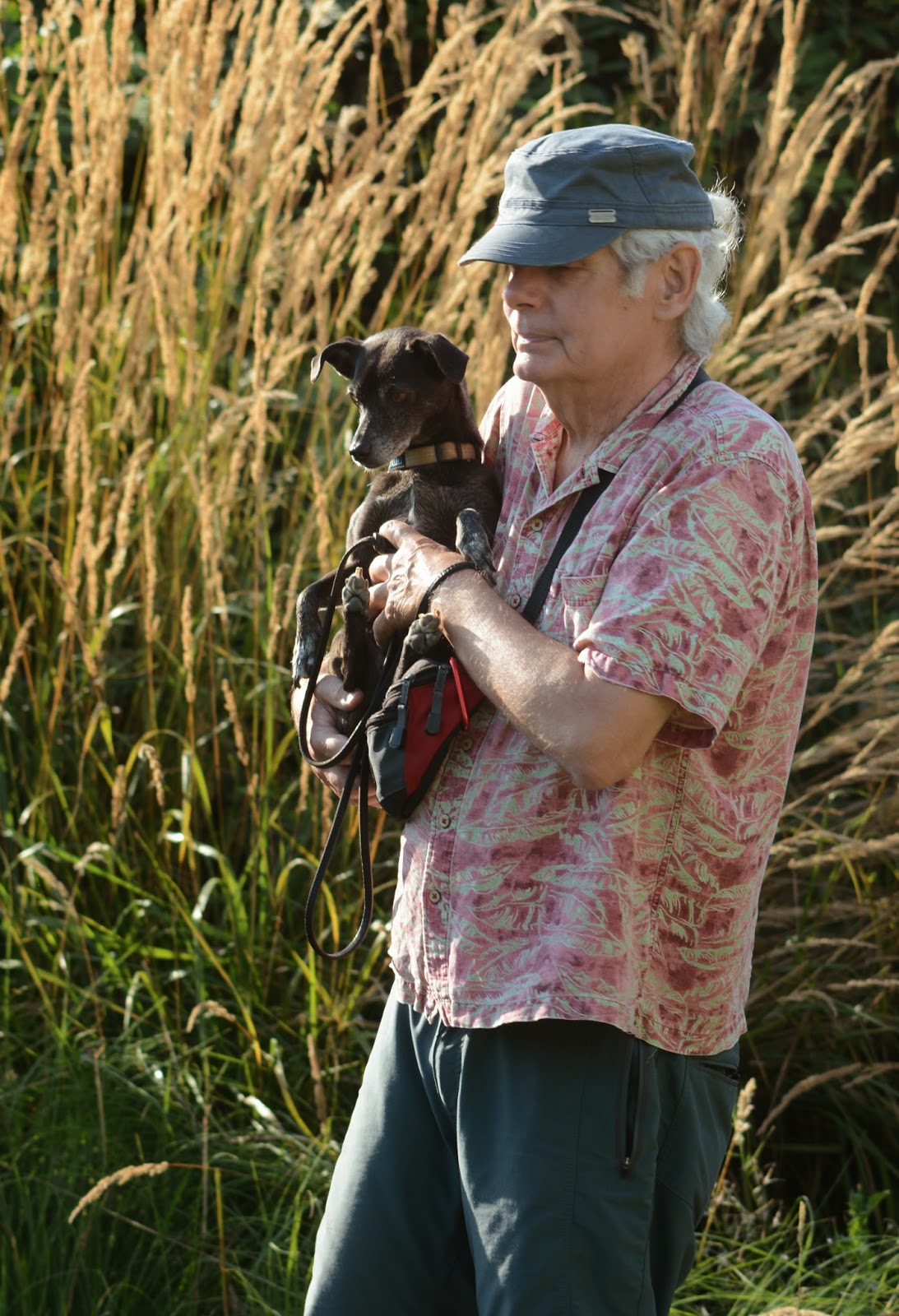 is a felicificative (tending to make me happy) occasion. 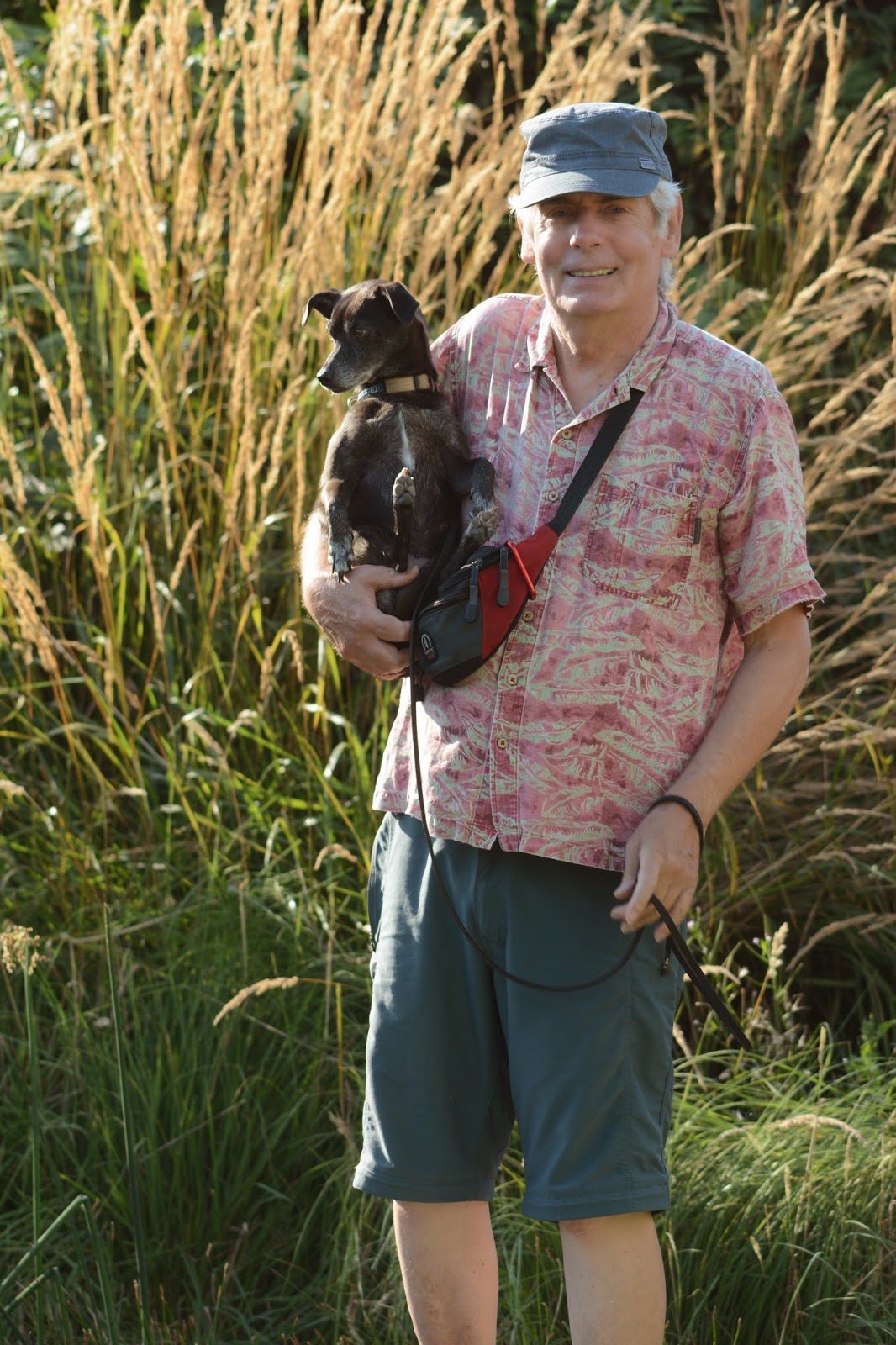 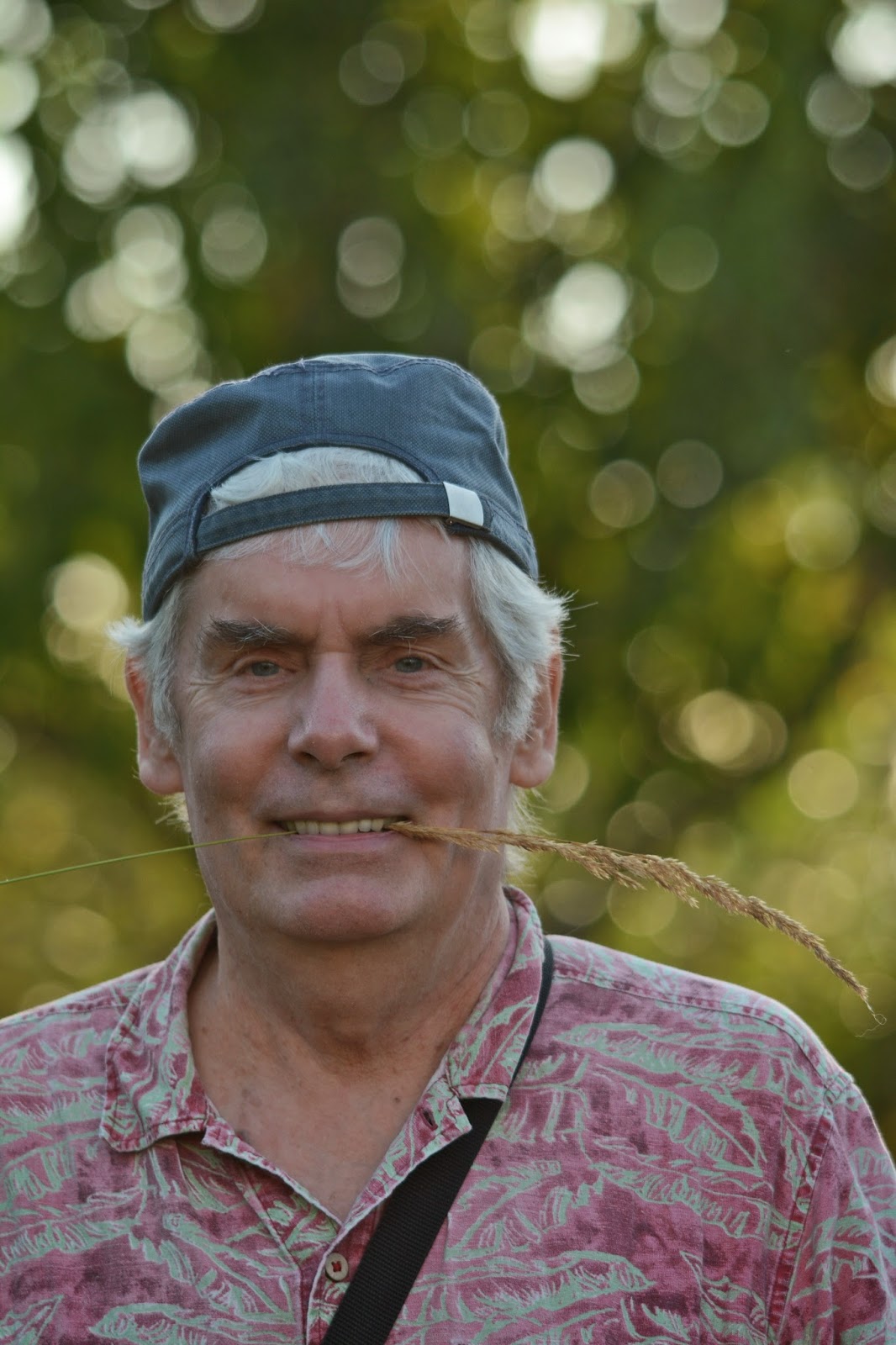 With wildlife sightings few and far between yesterday, I focused on some of the.. 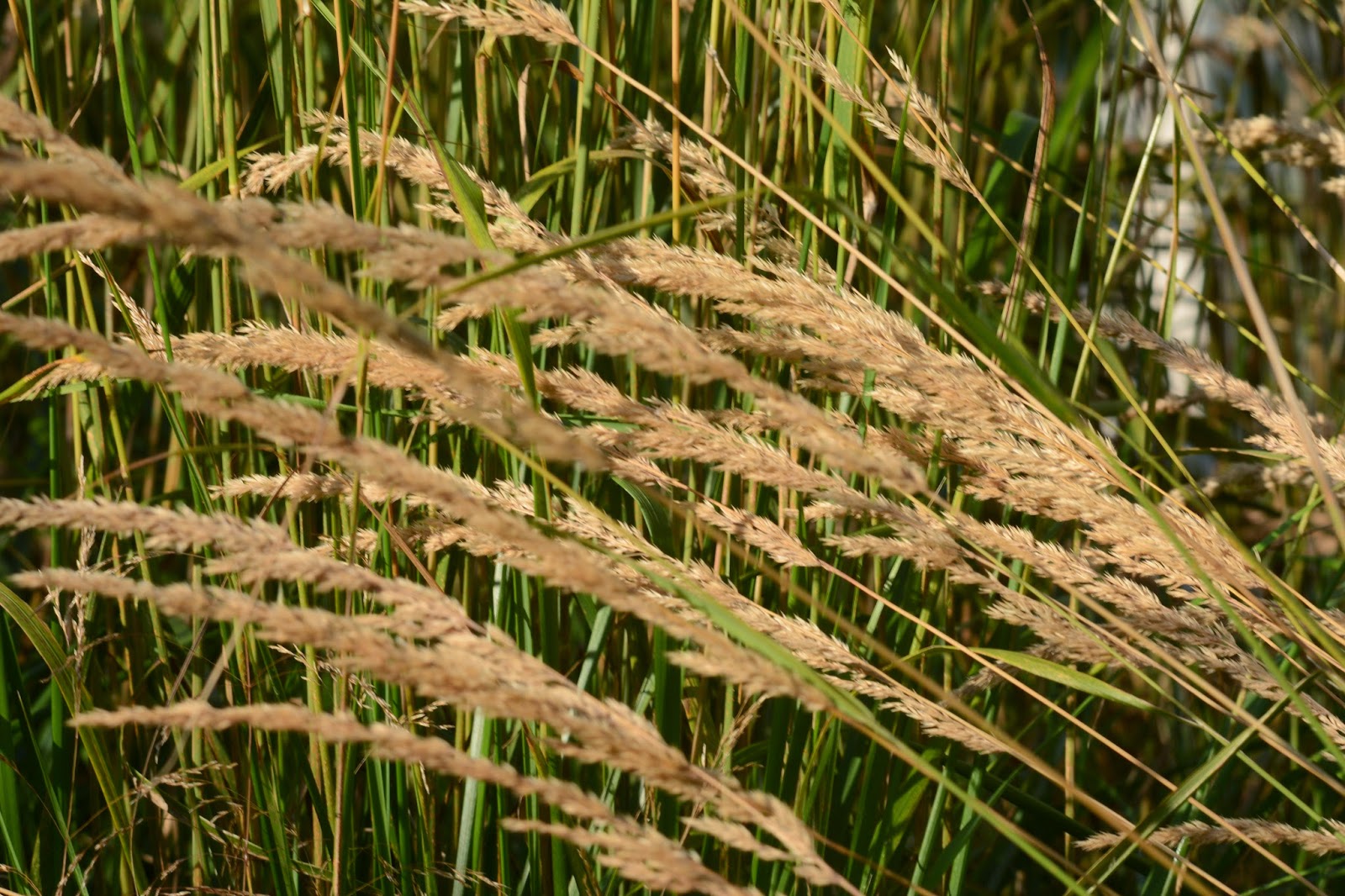 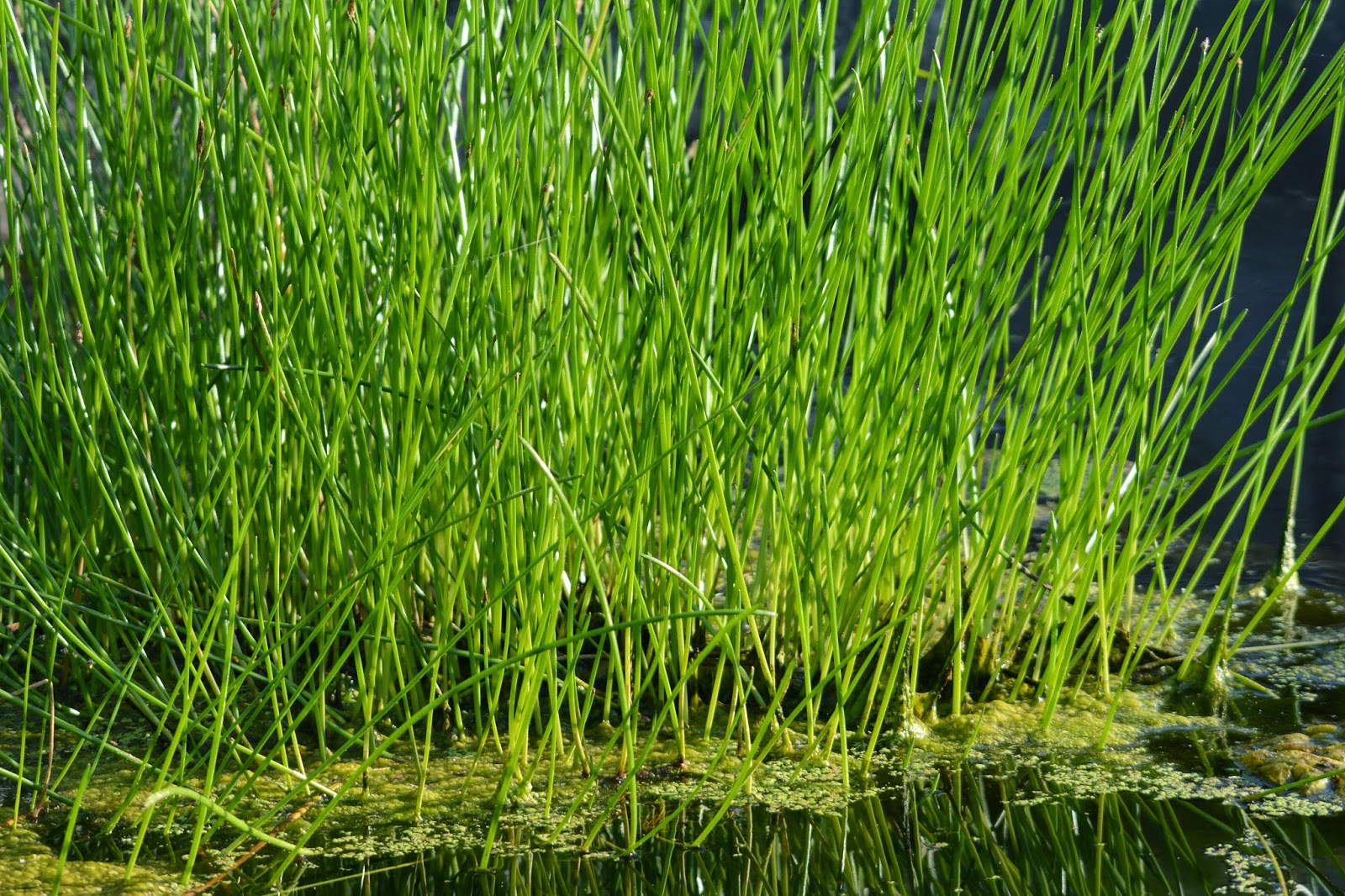 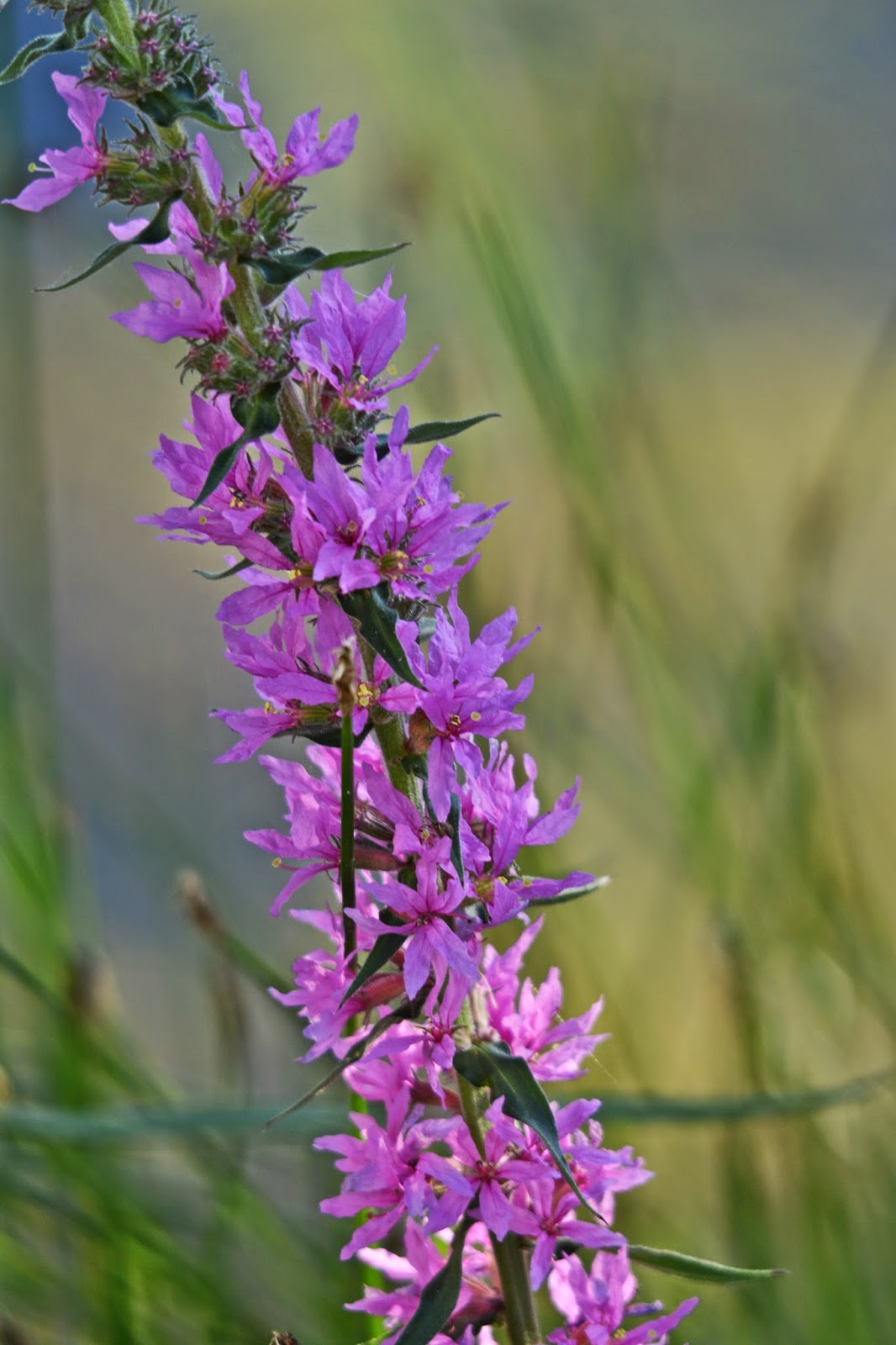 We also came across a movie shoot for a potential television series called The Flash.  There was a piece of orange plastic stretched over a frame.  It looked like nothing special, except that it crinkled and waved in the breeze and caught the sunlight in what might be described as flexuose fashion (full of windings and turnings). 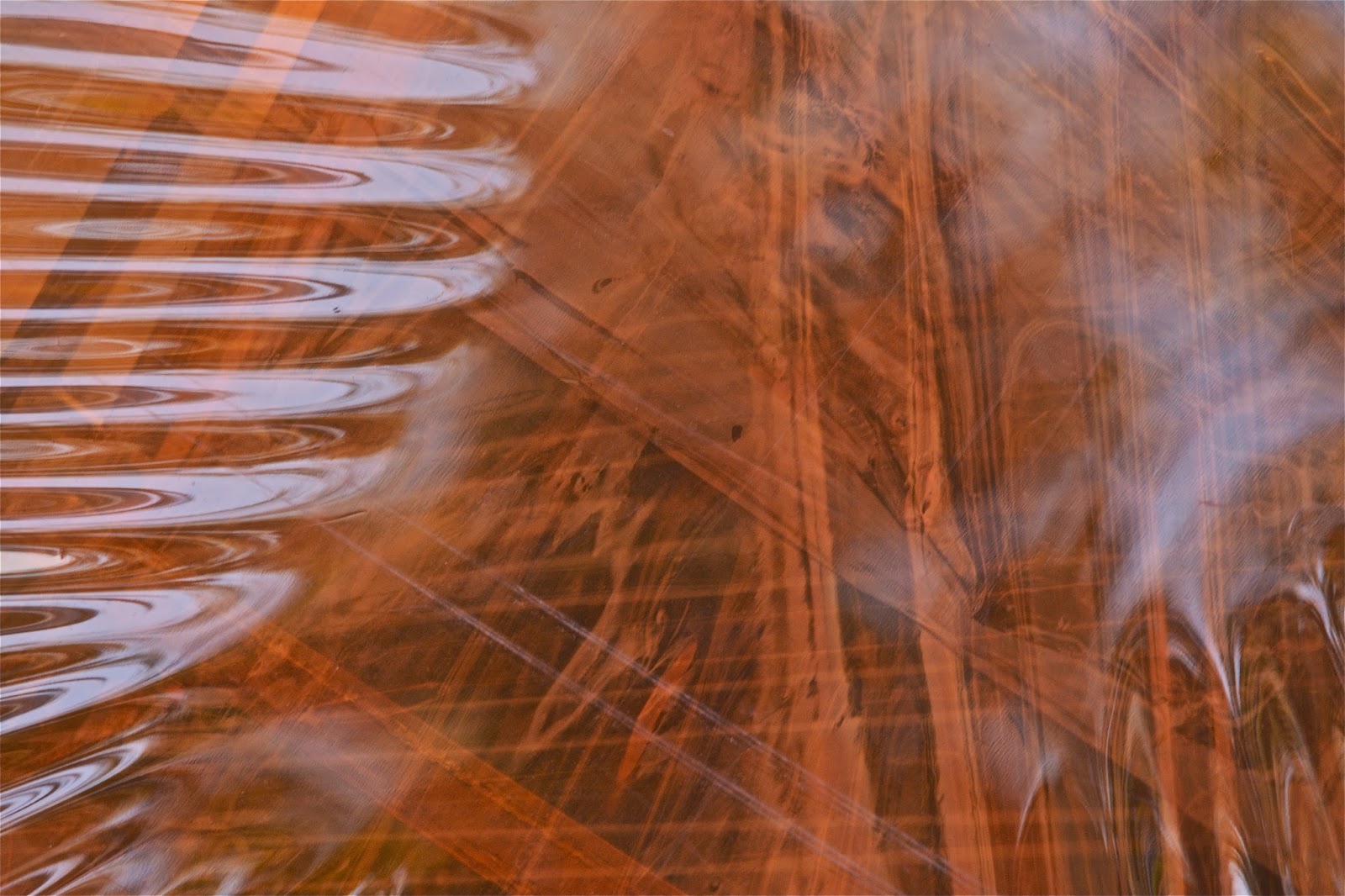 It was a frivolous  formation.. 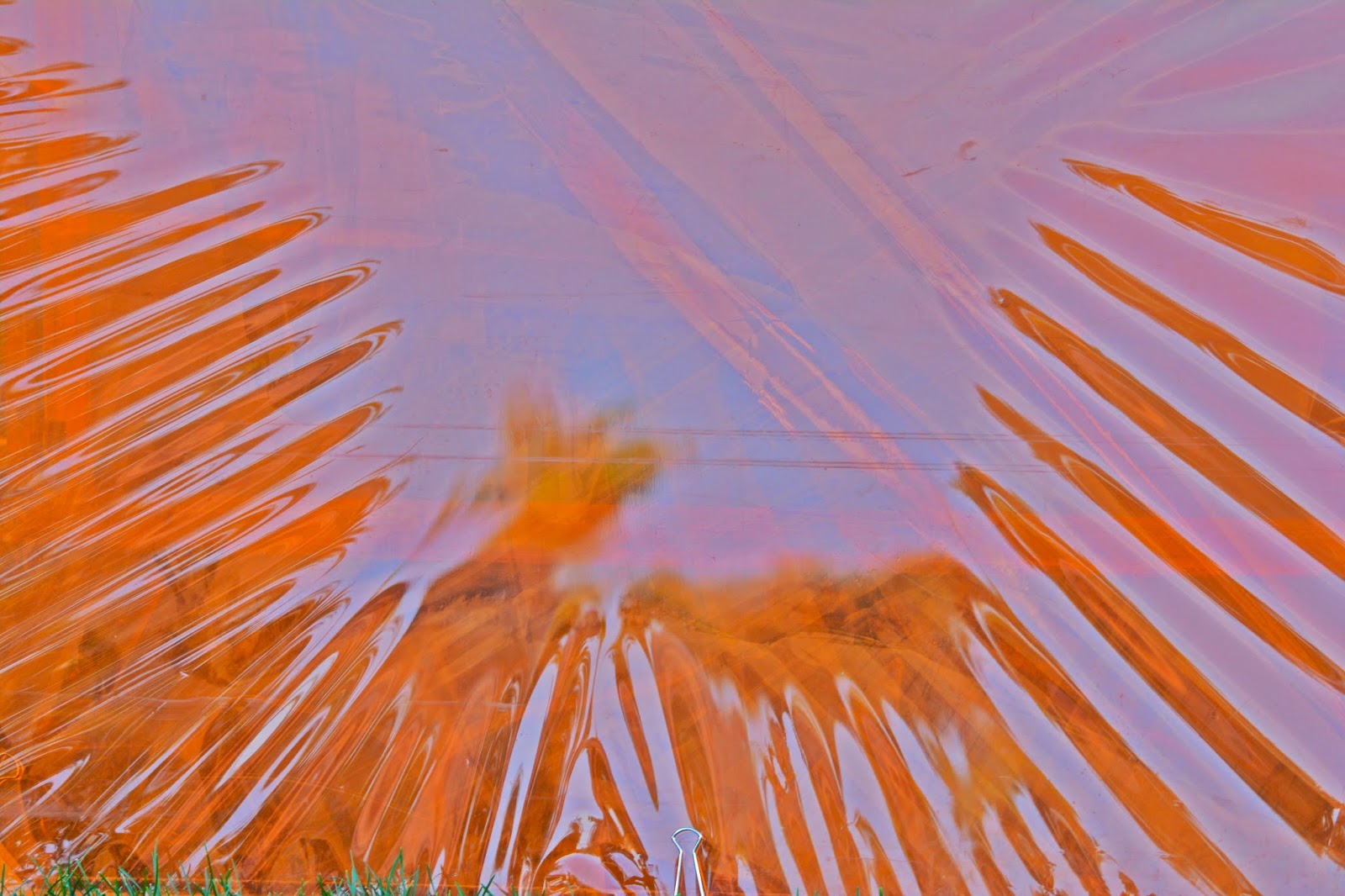 that became even more of a frivolity when I noticed the nearby apartment buildings flickering in its image. 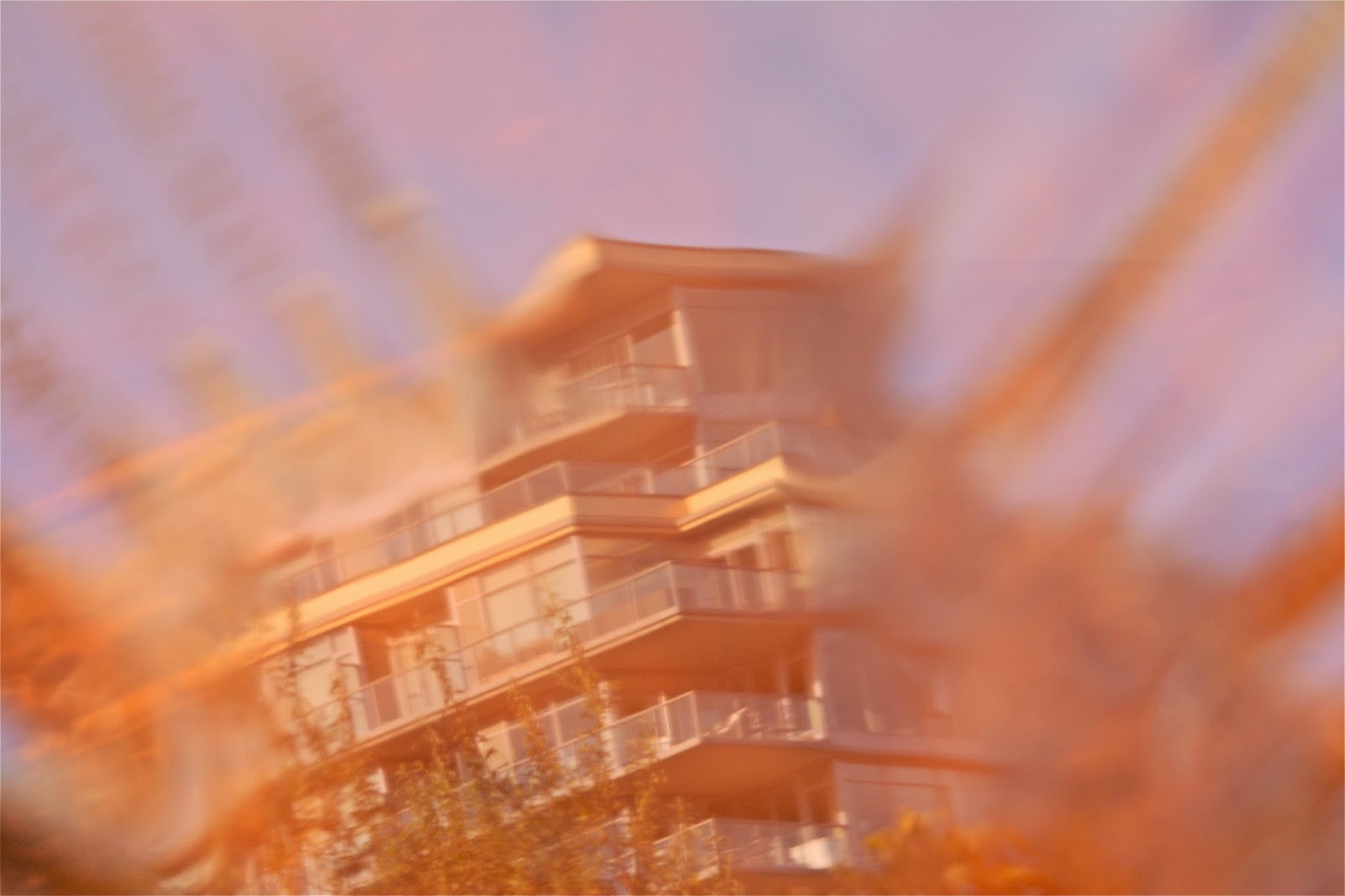 Dogs have a way of bringing out the fadoodle elements of a day, and these photos of people and pets in the area.. 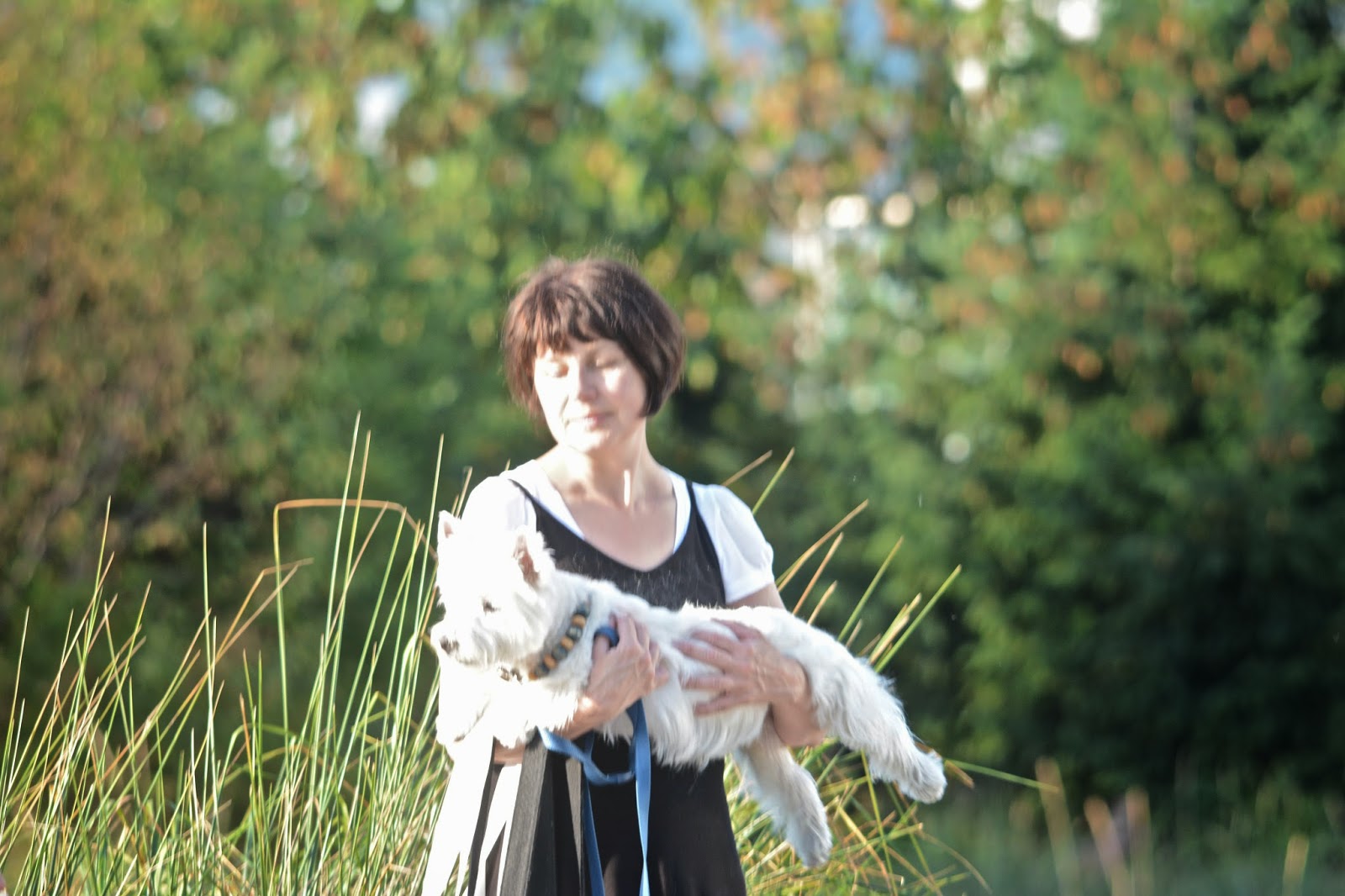 brought a smile and a feeling of familiarity, though the cone is not a fond memory for sure. 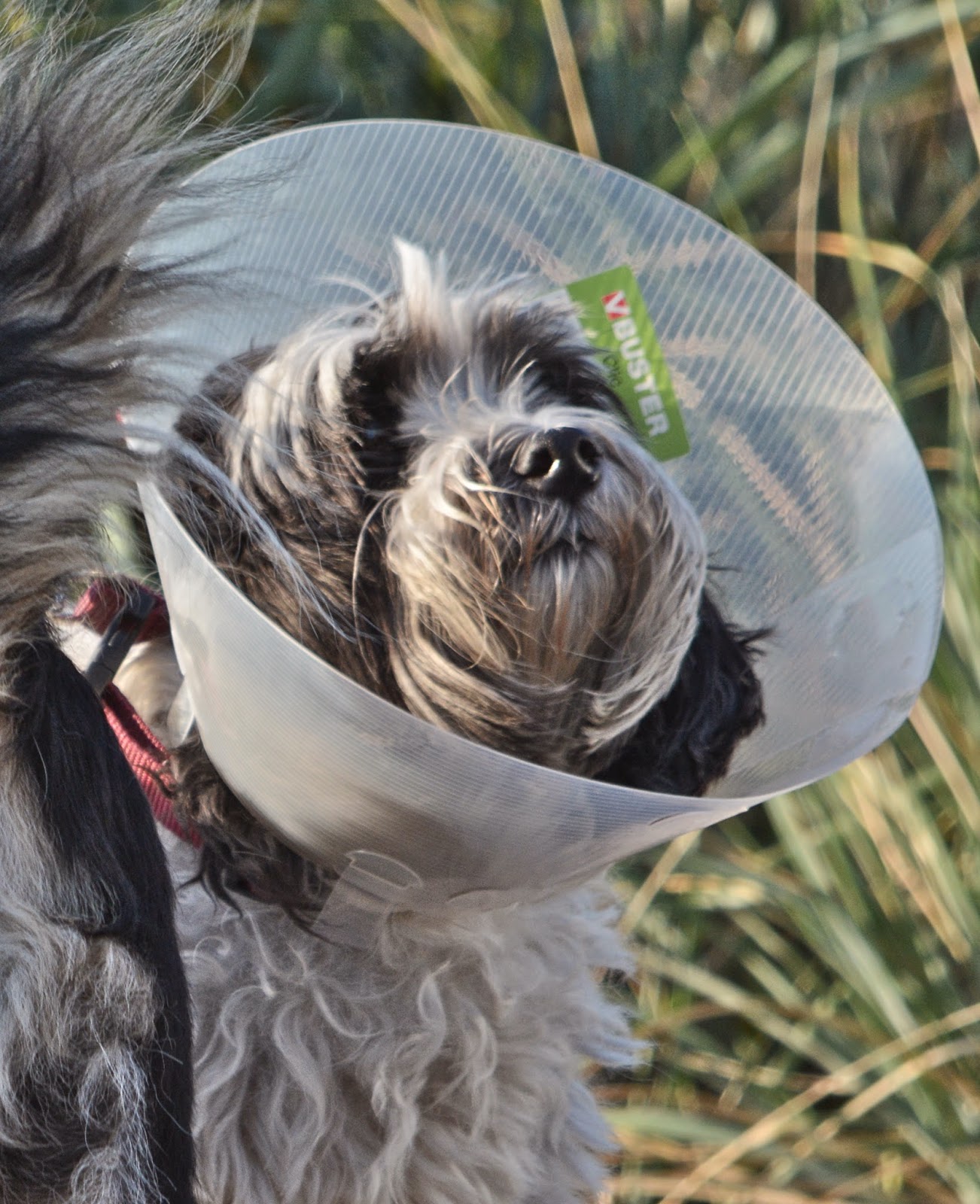 The film shoot was interesting, though the main activity seemed to be waiting around.  We did not see the star but were told he was in his tent trying to cool down as his costume caused overheating concerns.  The make-up lady greeted Black Jack in a most friendly fashion and no one seemed to mind when I took the odd shot of actors. 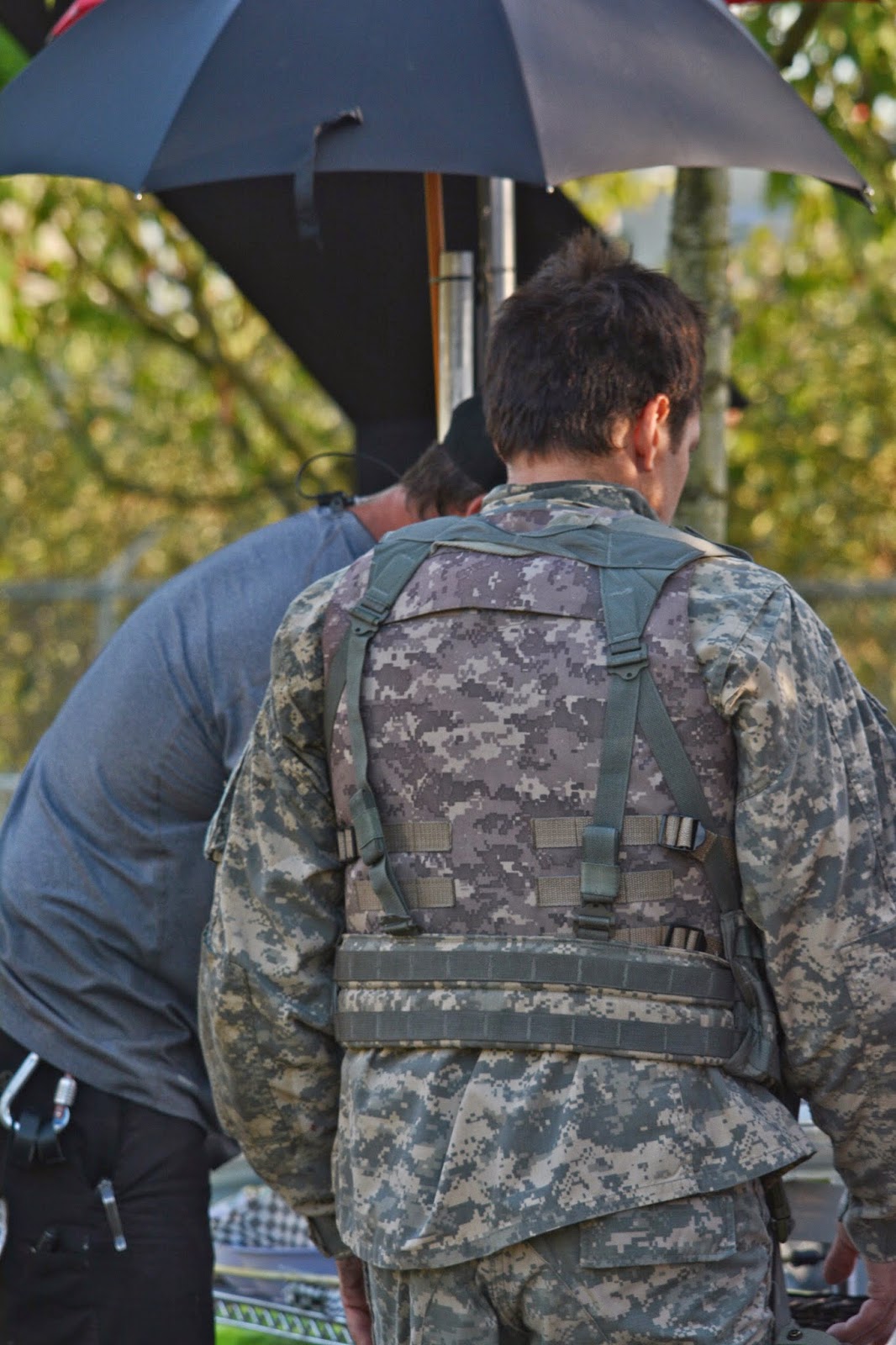 There was quite a strong police presence, but they too were friendly and we were fascinated, as always, by their mode of transportation. 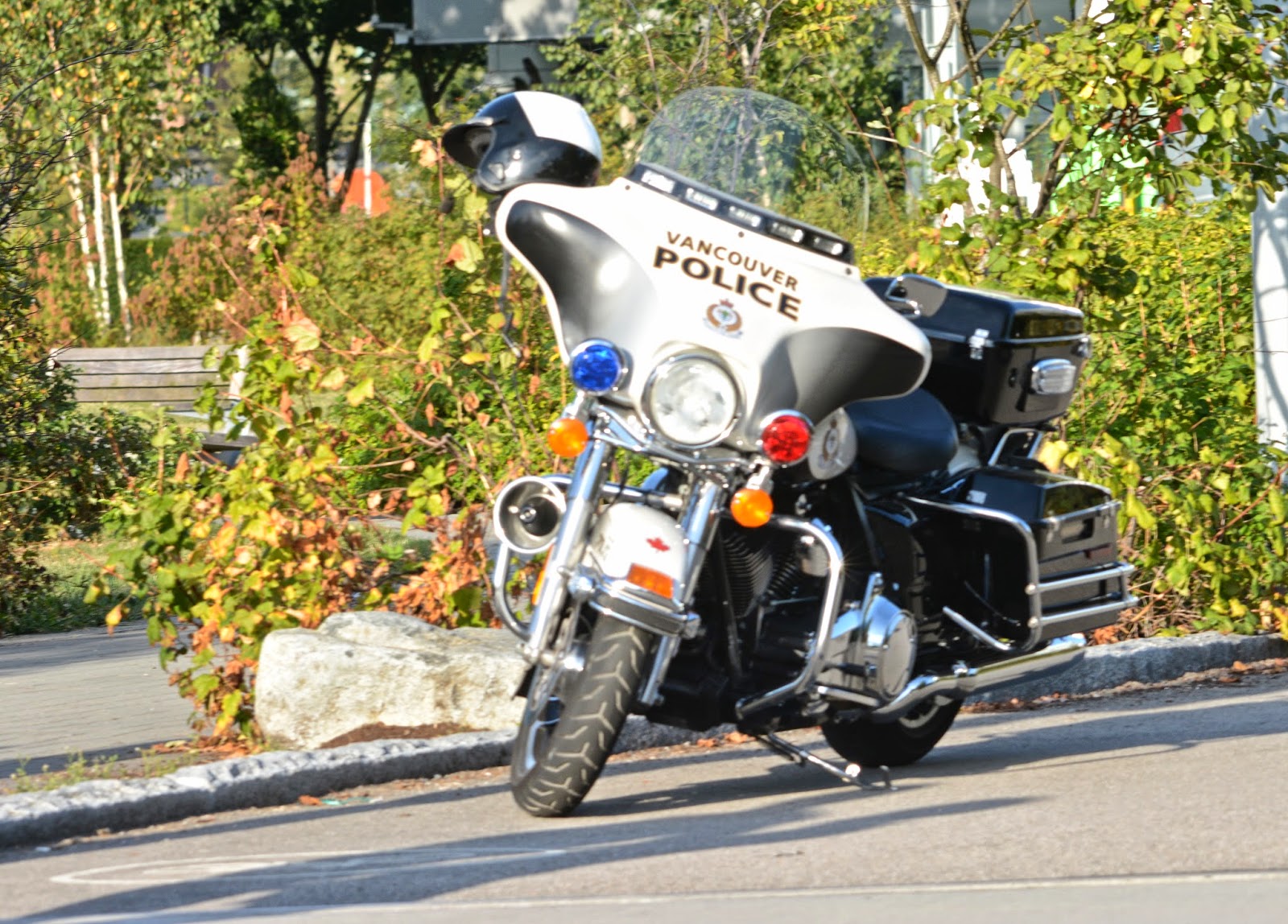 As for the word faburden, meaning harmony in 3rds and 6ths, I've been working on a Brahms Rhapsody (Op.79 no.1) and love this section of it.  It is a great example of faburden and evokes the sweet yearning that draws me to Brahms. Much of the rest of the piece is agitated (I hope to post all of it soon), but this section may bring you the same sense of calm that it does for me.
And finally.  just a shot of Black Jack taking everything in her stride as usual.  You've seen her so many times, this may feel like a falderal (nonsense refrain), but I assure you, a true nonsense refrain would be more like the Cup Song that my sister told me about and that Bill and I are practicing daily.  It's a little rhythmical challenge that may drive you crazy at first, but I can just about guarantee it will do something for your coordination and make you laugh in the end.  Go back to that Cup Song link and give it a try (or do a search for a more compatible teacher) if you are up for some flipping fun :)  Thanks for reading, everyone.  Now take a few moments to check out ABC Wednesday's site.  I am pretty sure it will add some felicificative moments to your day. 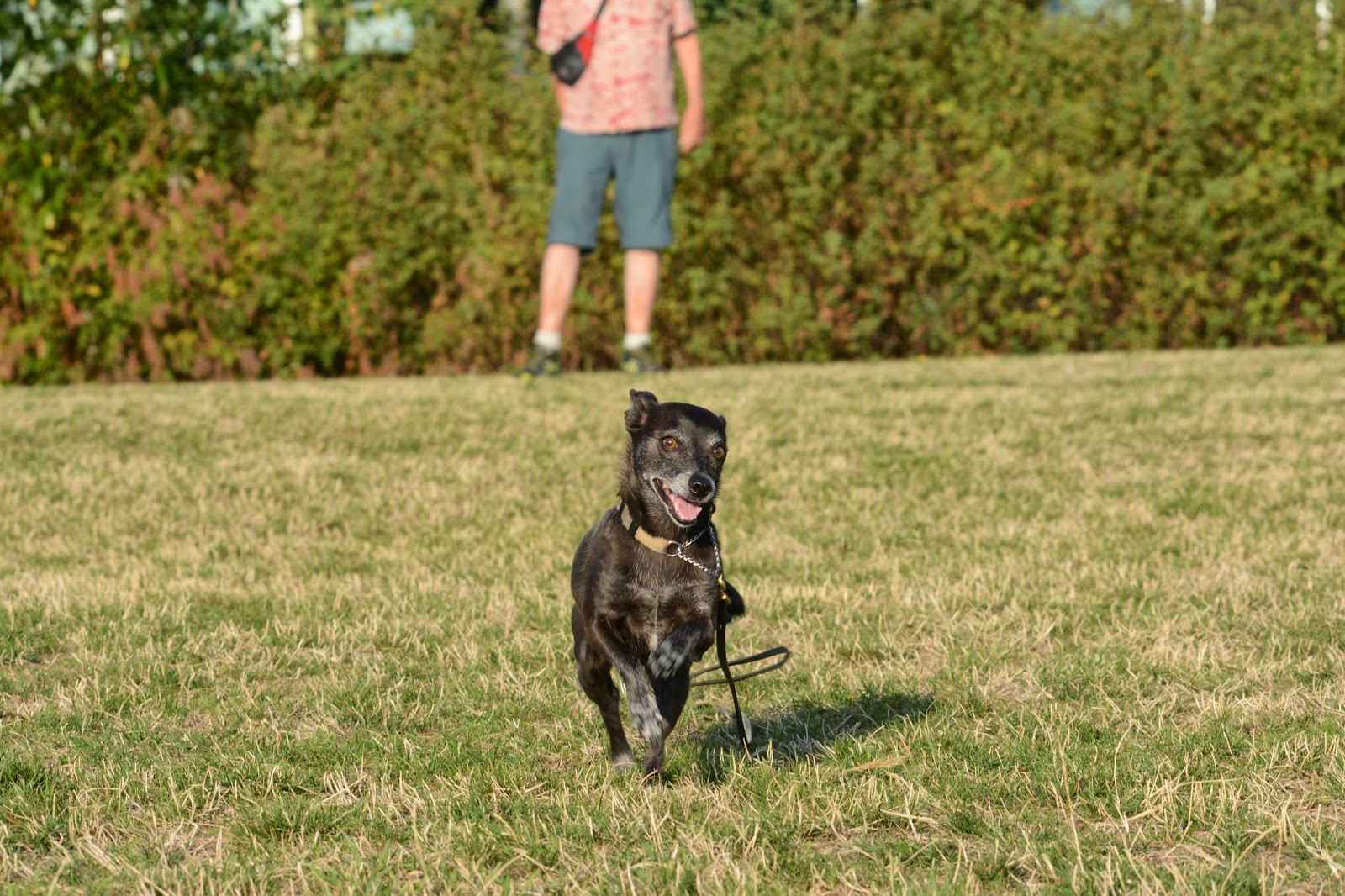