Last week, we were walking through Olympic Village Park and came across some beads on a rock.  "What letter is next weeks' ABC Wednesday post?" asked Bill. 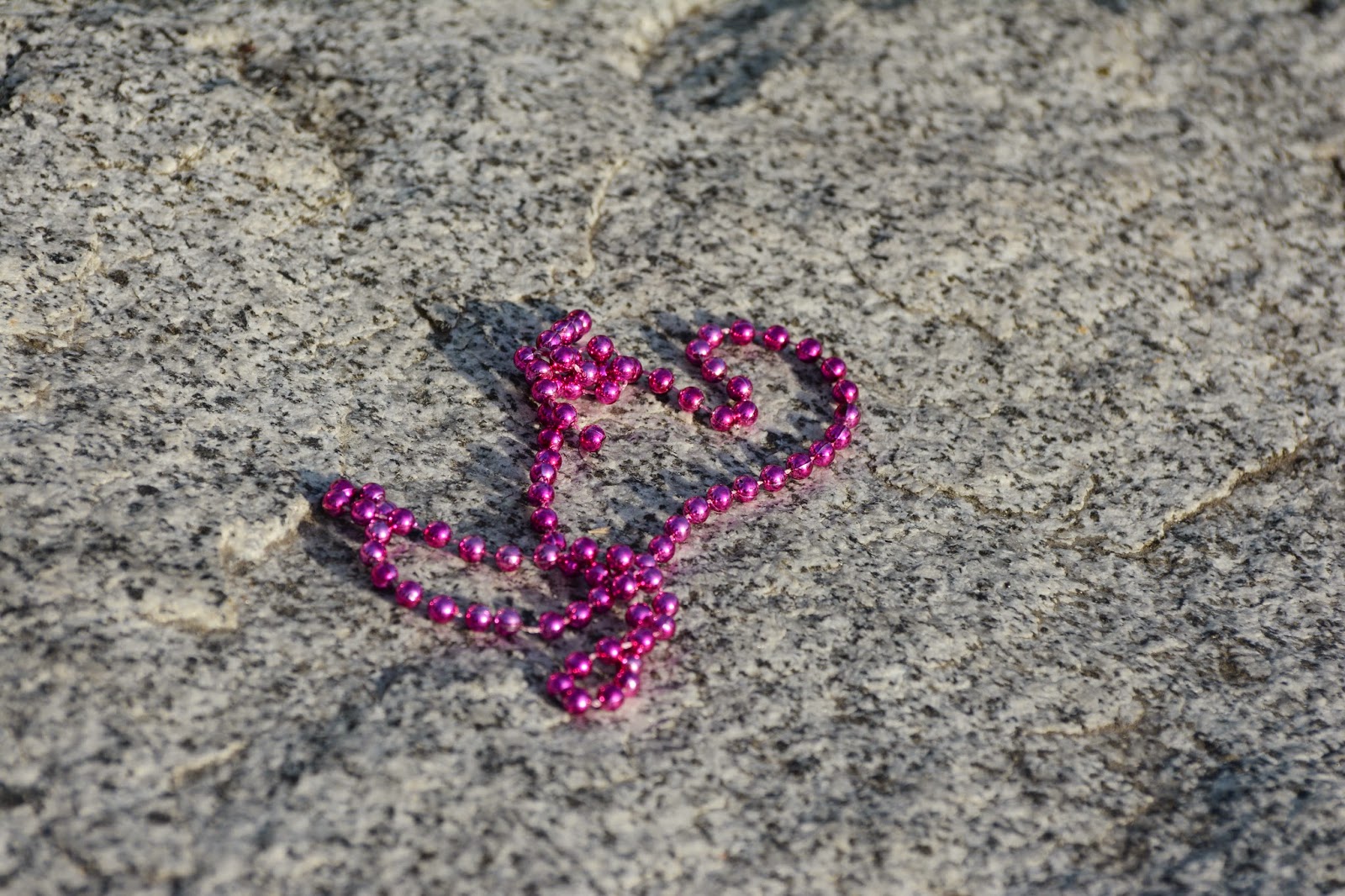 When I told him the letter "E" would be featured, he began to.. 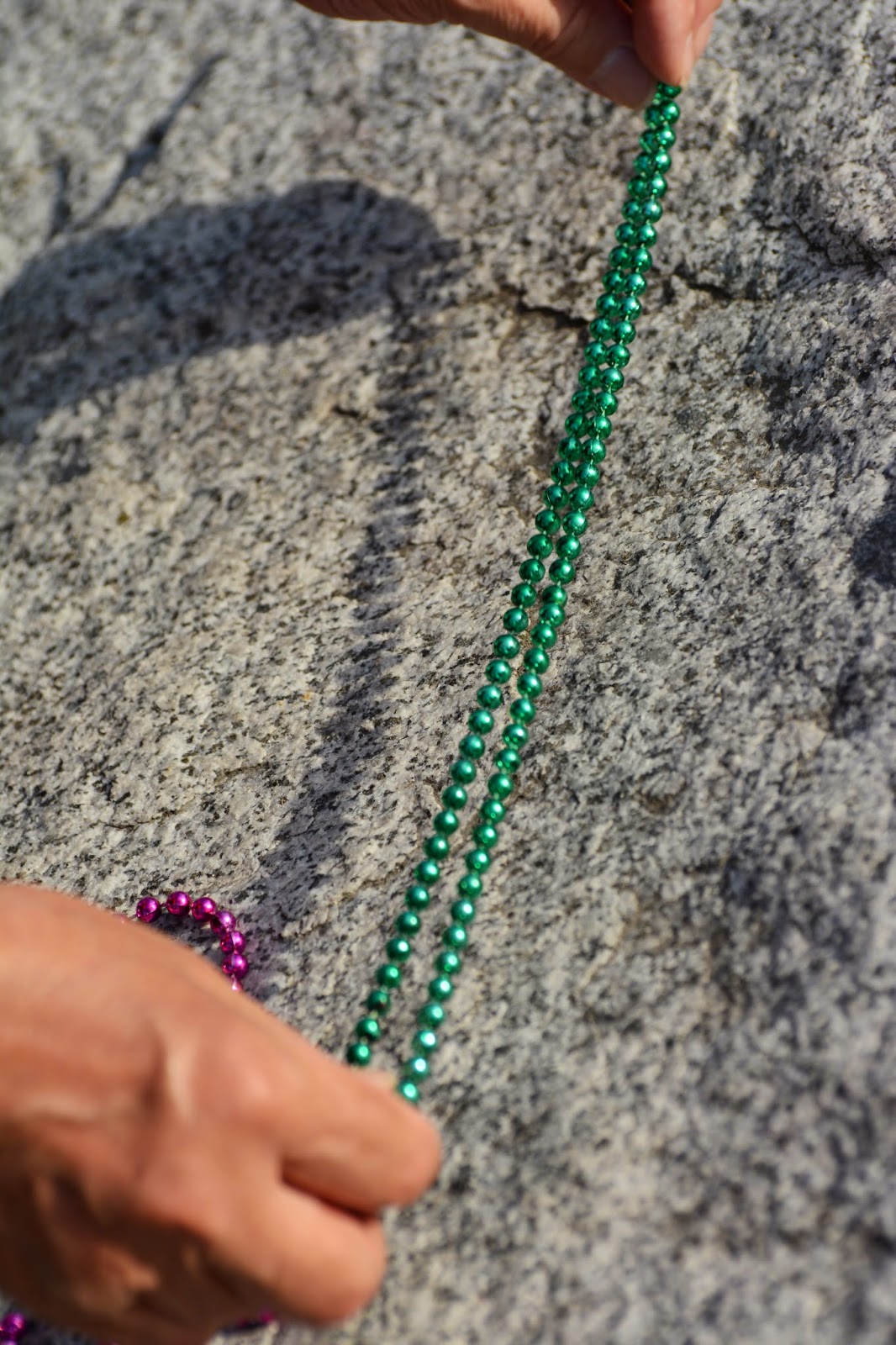 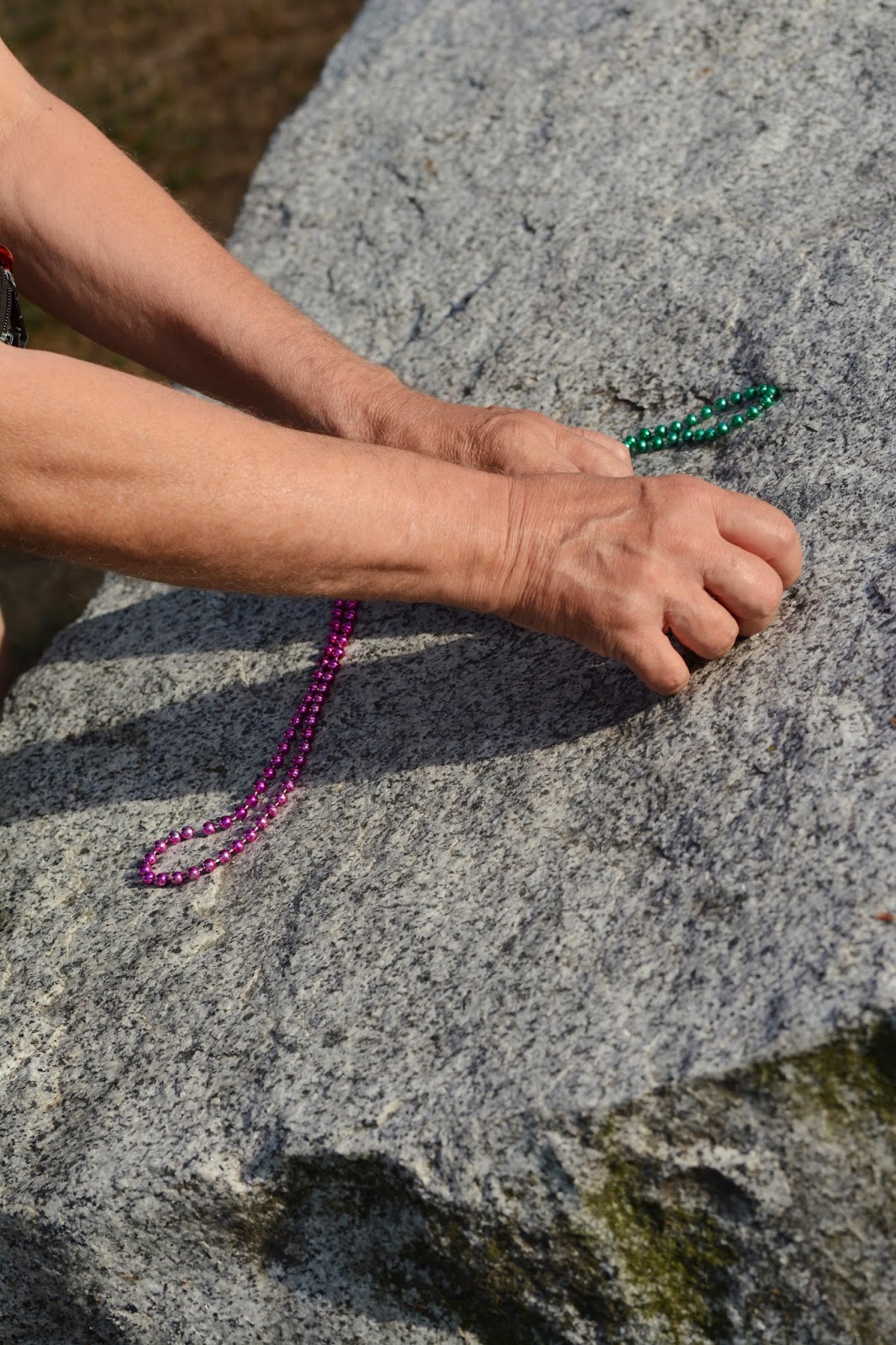 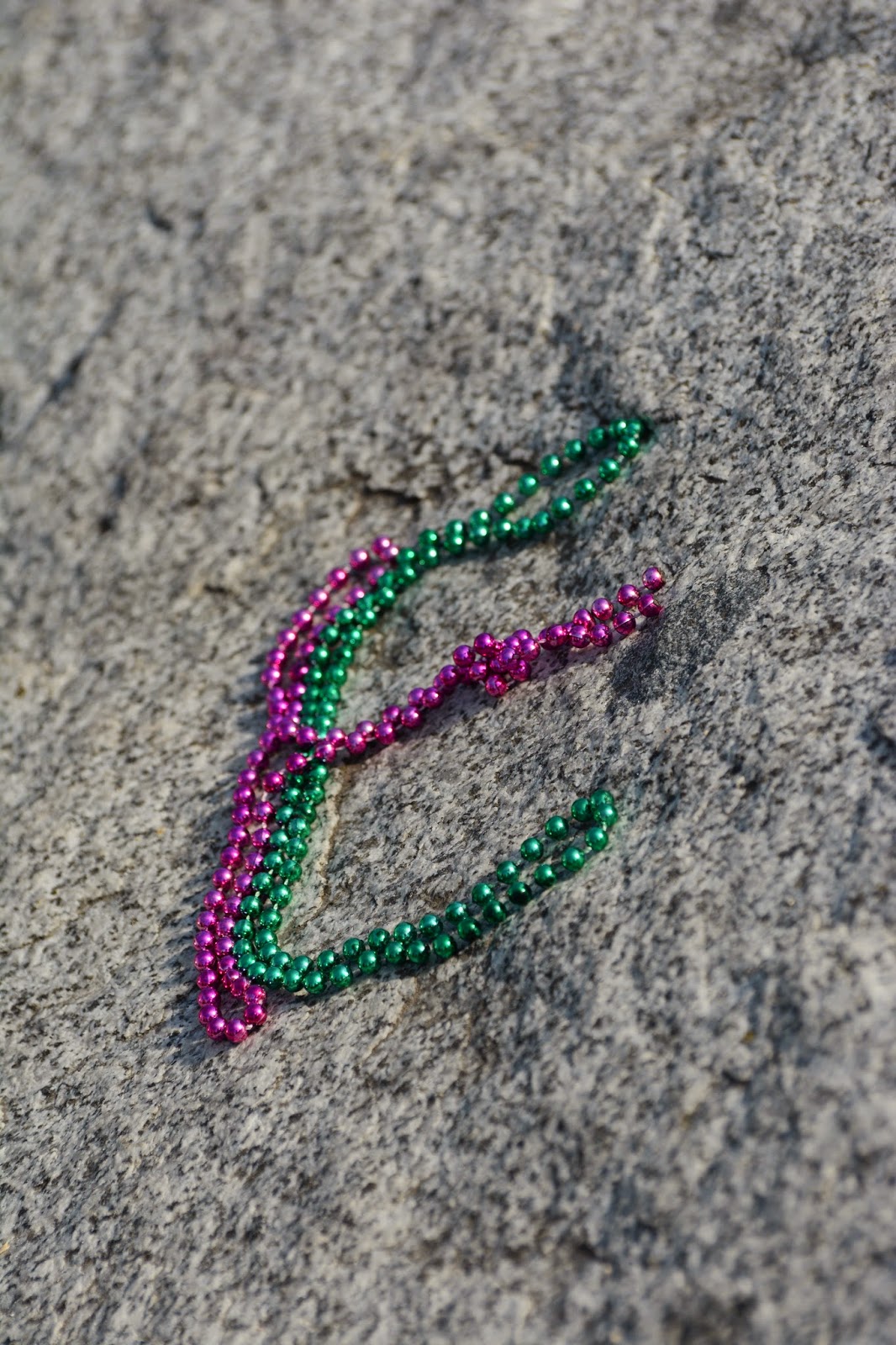 My epiphany is the realization that Bill's empathy invites our worlds to blend into one. 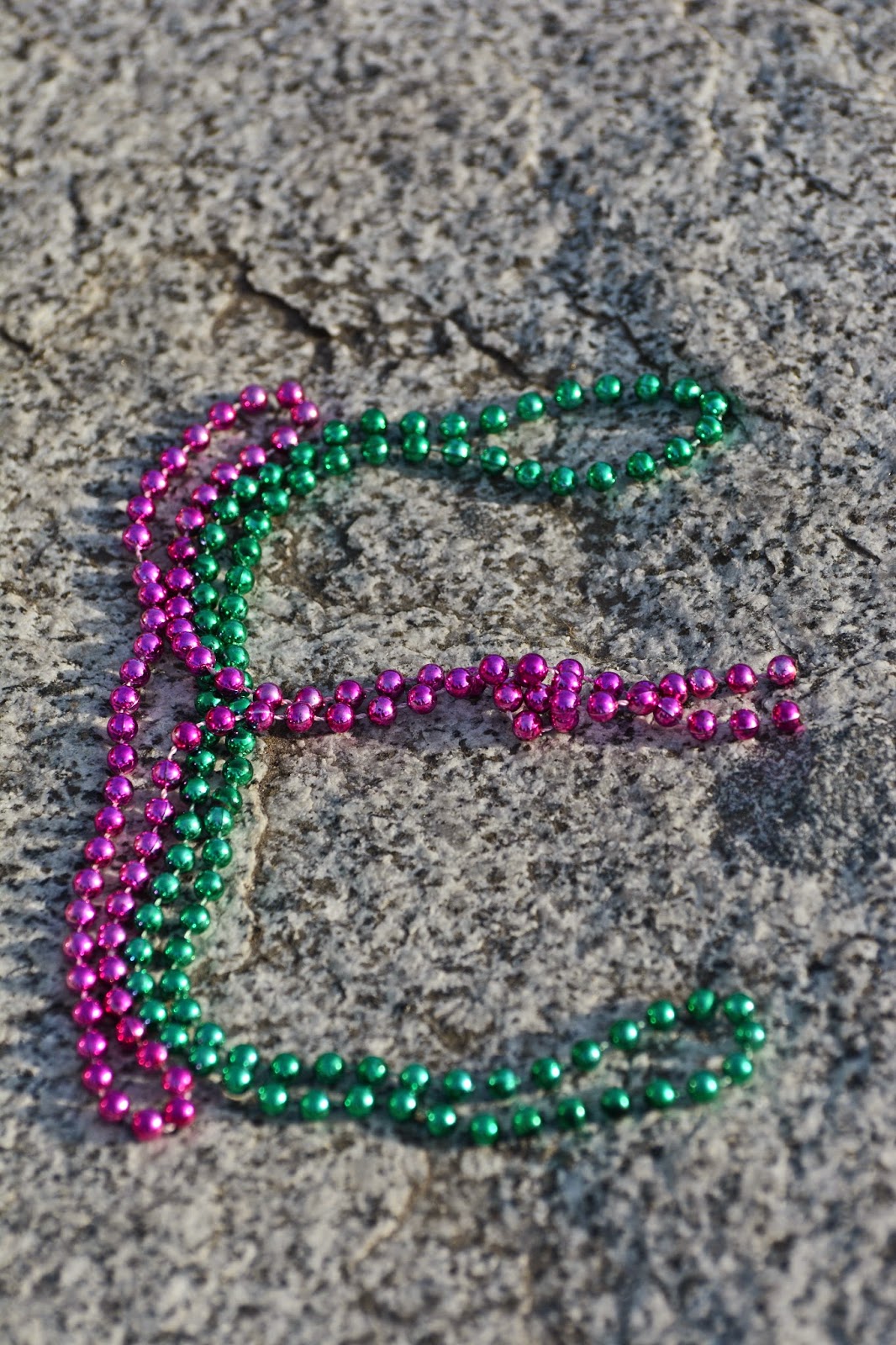 Another epiphany has blossomed slowly over the past few years.  It began with a passion for photography that opened my eyes to previously unnoticed beauty around me.  I began to take an interest in art, something that hadn't been a presence in my early years growing up in a small farming community.  That was further encouraged by our frequent trips to Harrison Galleries for their delicious lattés and treats.  As Bill said yesterday, they may be the only café on the planet where you can sit with your food and, in our case, crosswords, surrounded by art. New works arrive, others disappear when they are sold and every visit is a visual feast.  It was weeks ago that I took this photo of one of their works.  It is by Charlie Easton and is titled Blustery Vancouver.  You can read a short bio about Easton at the Harrison Galleries web site. On his personal web site, I learned that he recently won Art Battle #75, a timed painting contest.  Though he didn't make it to the national finals in Toronto, 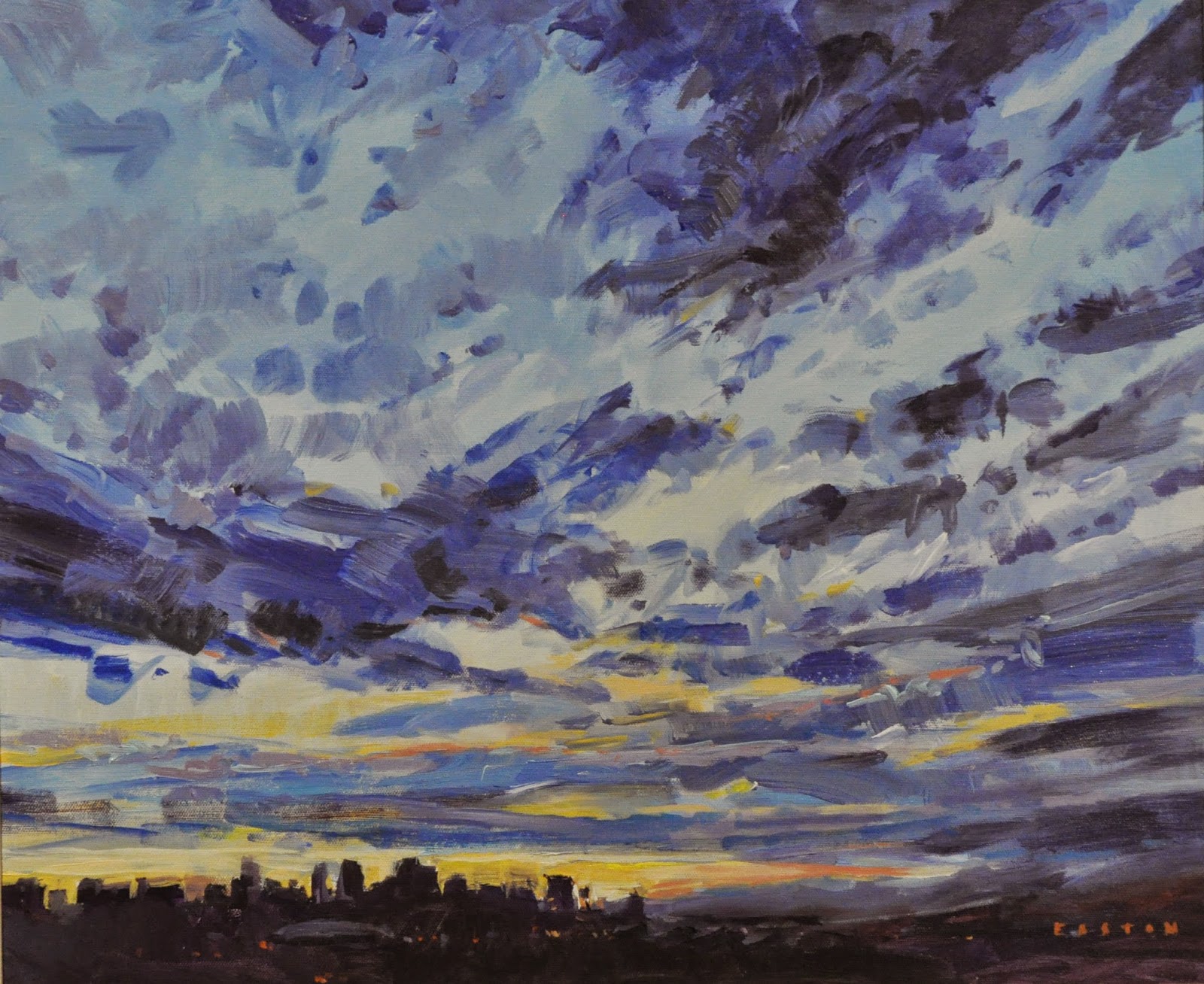 he was up against huge competition and his achievement is significant.  You can learn about Yared Nigussu, originally from Ethiopia, in the video below.  He won for the national finals for the third year in a row.  These artists have twenty minutes to complete a work in an atmosphere that must be at least as stressful as any competitive event in the arts or in sports.
Below is a photograph of Yarrad Nigussu's winning entry this year, found at the Art Battle Facebook site.  Hard to believe this could have been completed in 20 minutes. 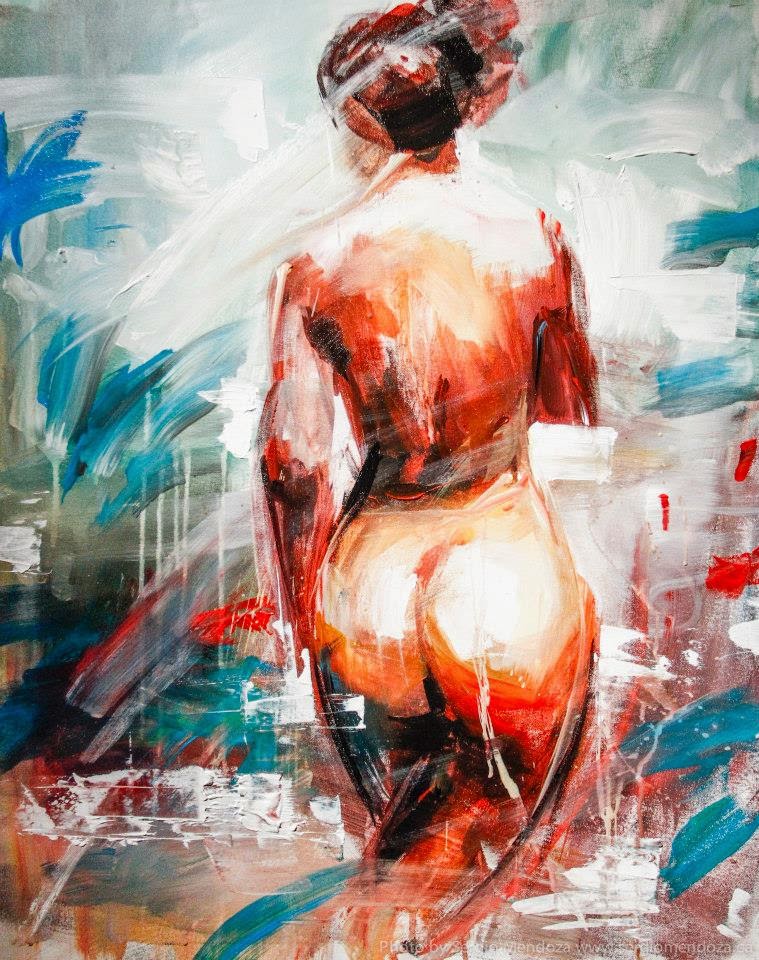 And our day yesterday?  Well, photograph wise, I continue to practice manual focusing and my photographs will definitely not win any awards.  We biked to Vanier Park, in a new route planned by Bill.  A lone heron, perched at the top of a tree, peeked at me once. 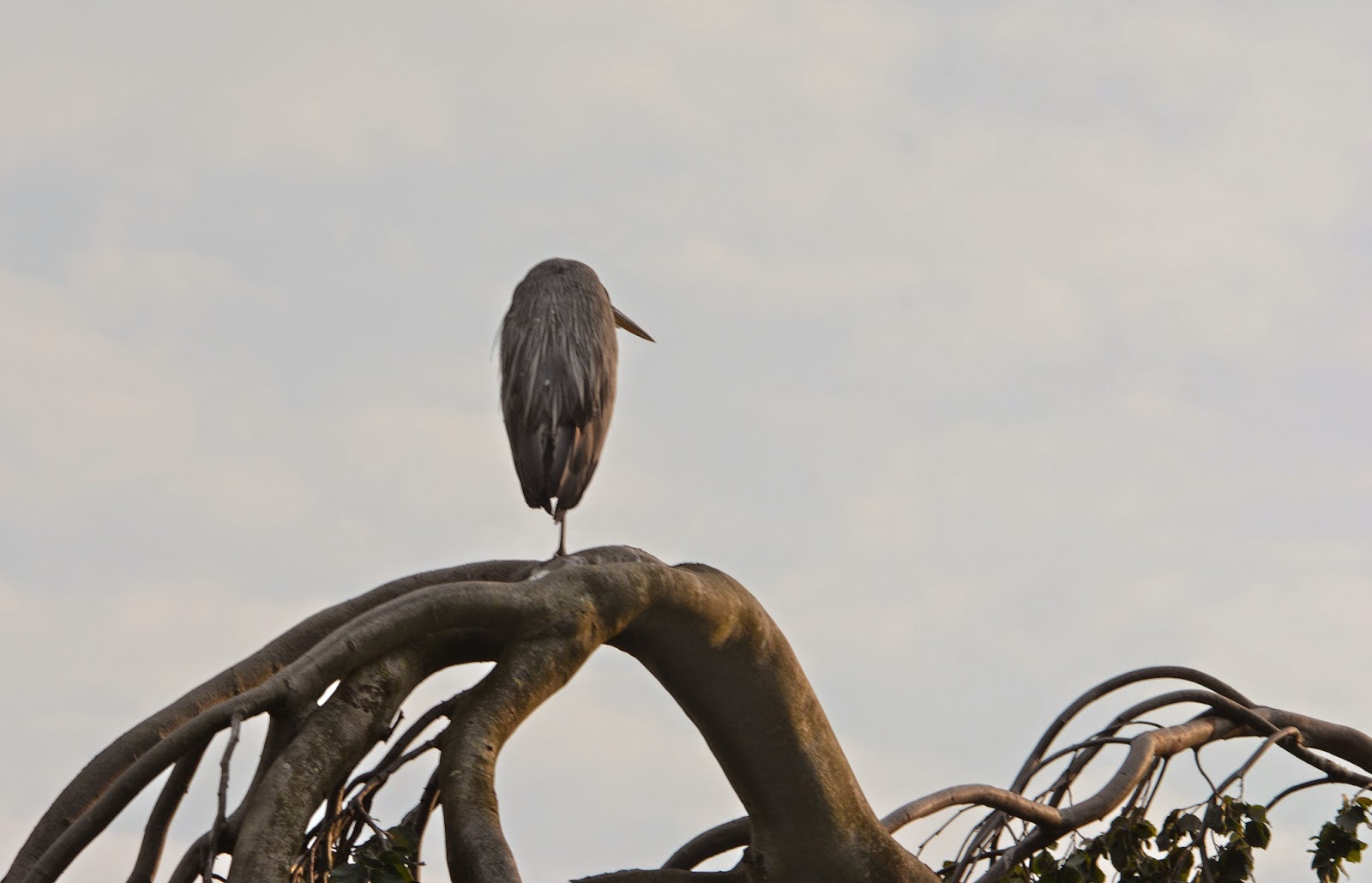 I hoped to catch an essorant shot, but in fact, the heron chose to remain headless :)  The word "essorant" is a new one for me, learned at the unusual words that begin with E site. 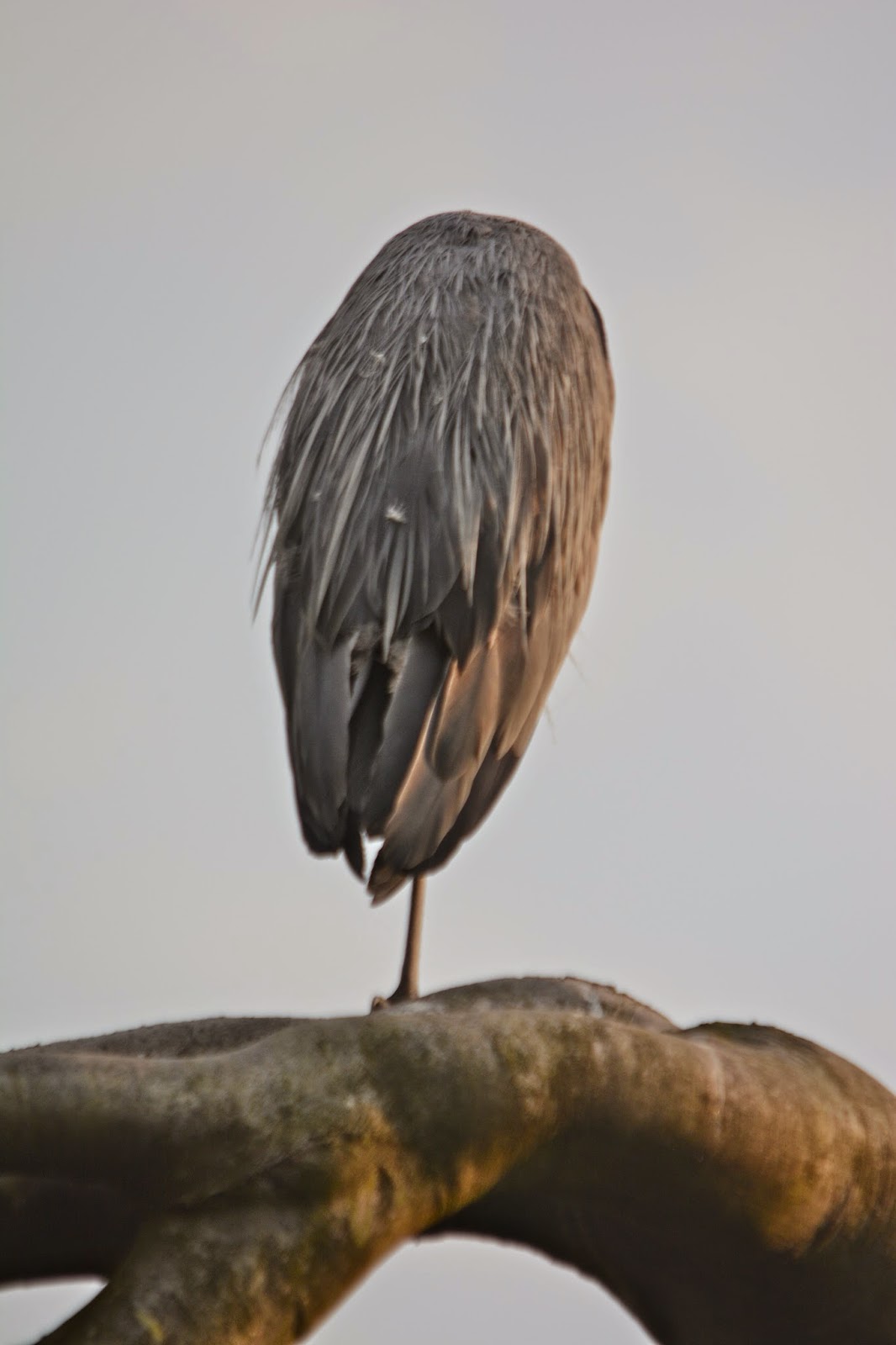 Black Jack waited expectantly with Bill.  She hoped, as always to score a treat. 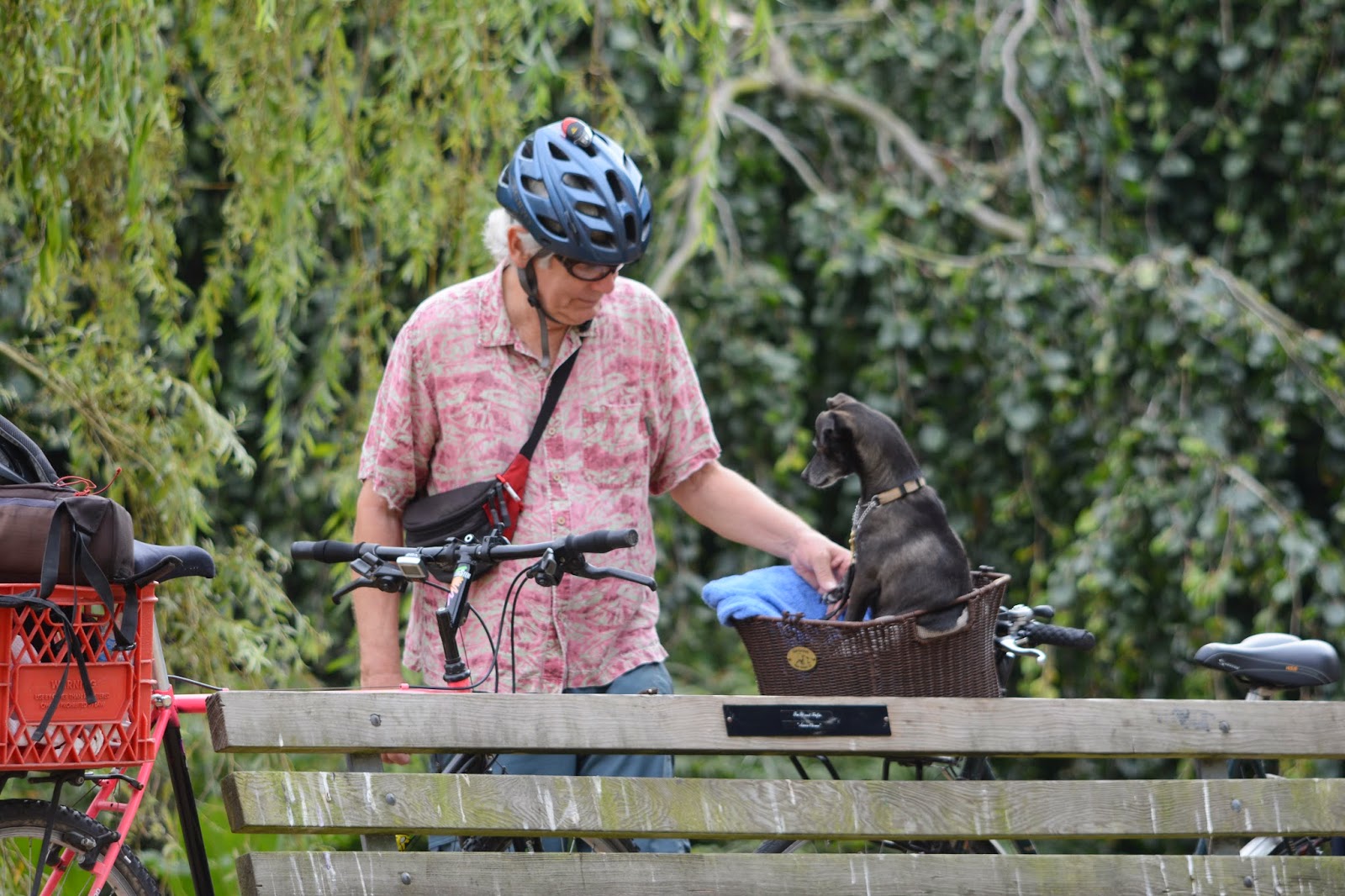 Bill caught me taking the photo and executed a perfect "Hands Up" ectype to make me laugh. 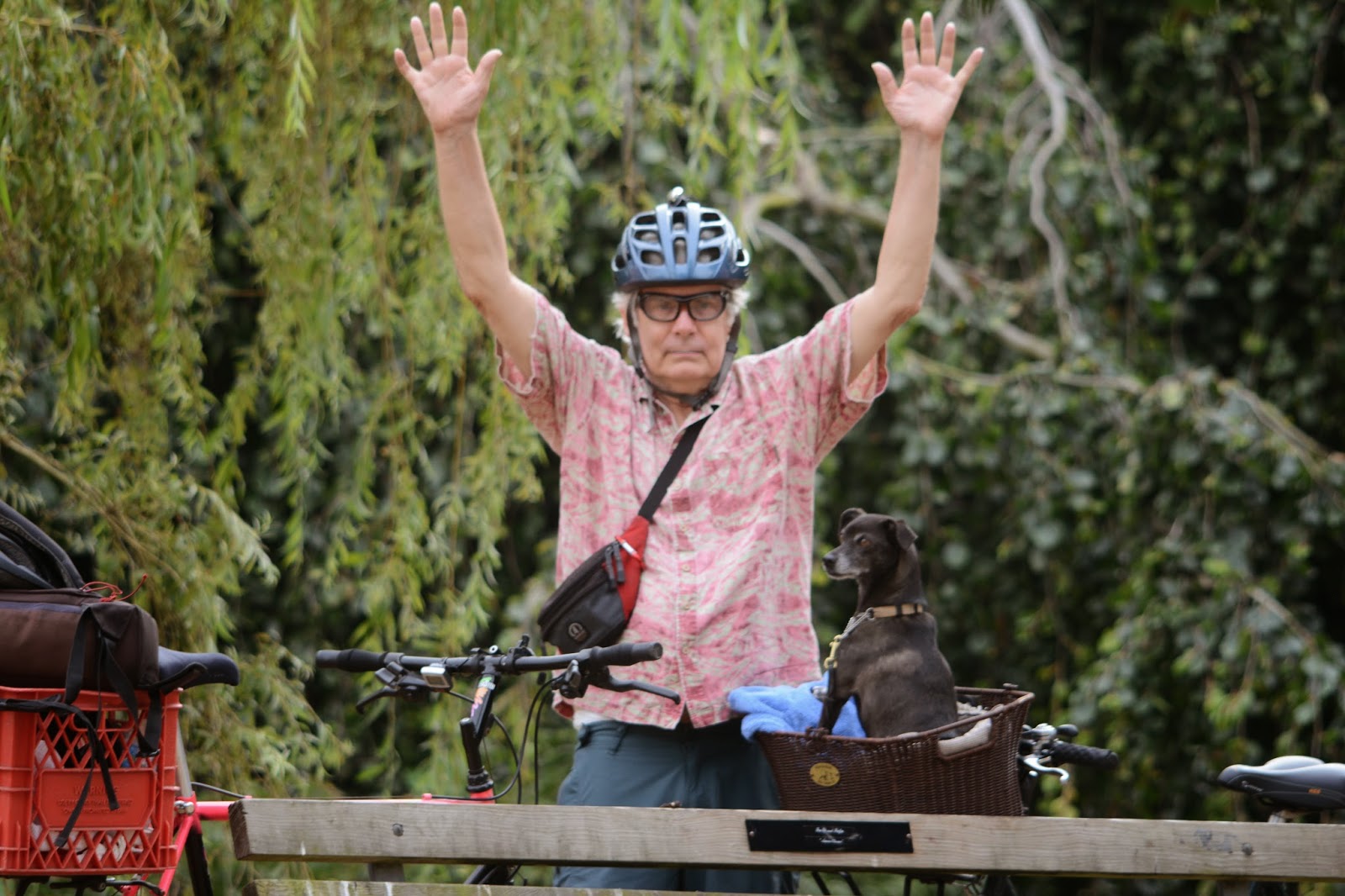 I had heard some peeping in the grass near us, and suddenly saw these two ducklings. 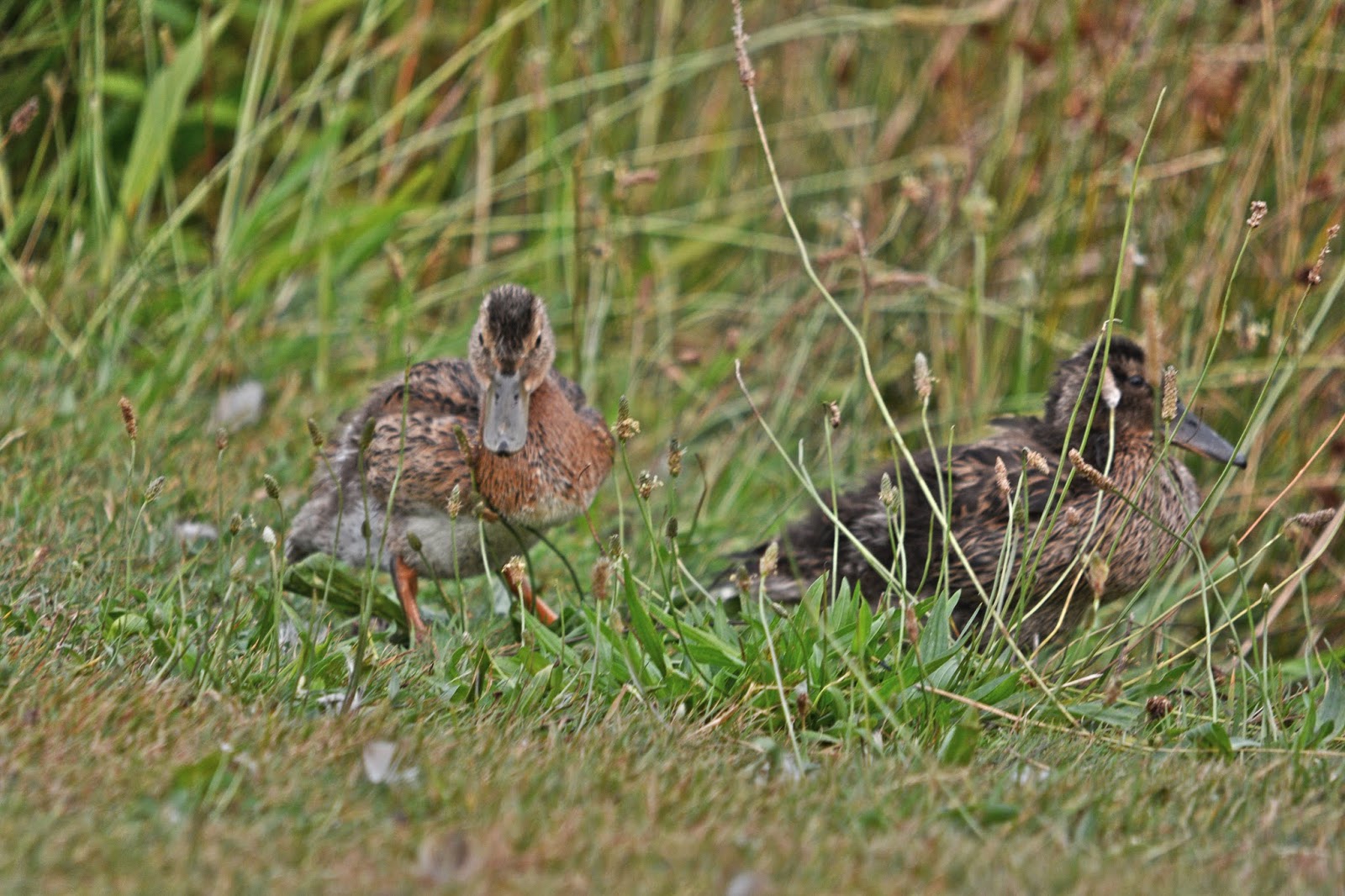 This one came toward me, limping.  Sometimes, empathy is tough in that it inspires sadness.  I hope the duckling is just suffering a sprain of some sort that will heal. 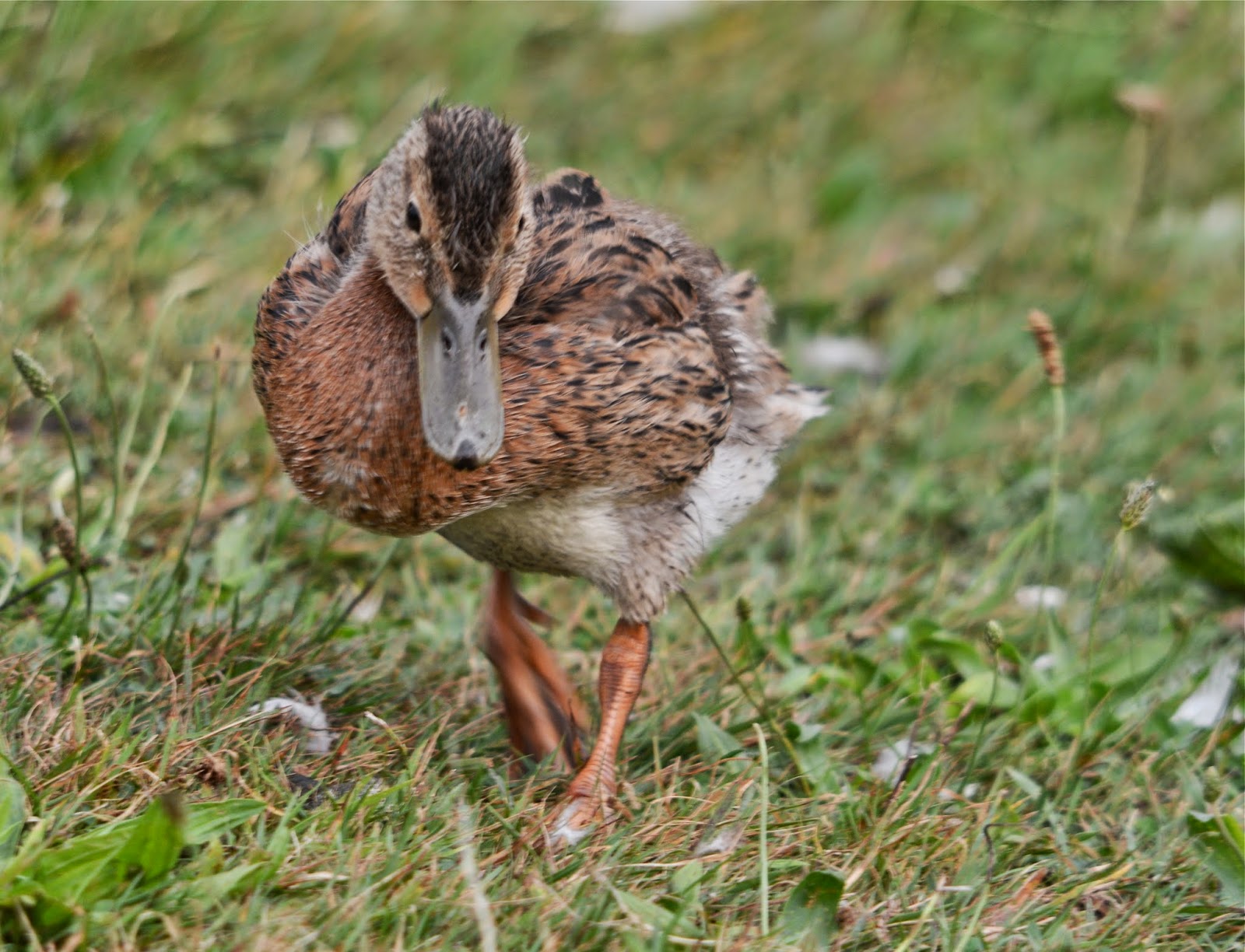 We continued to one of Black Jack's favourite spots in the park.  She led Bill on a merry chase.. 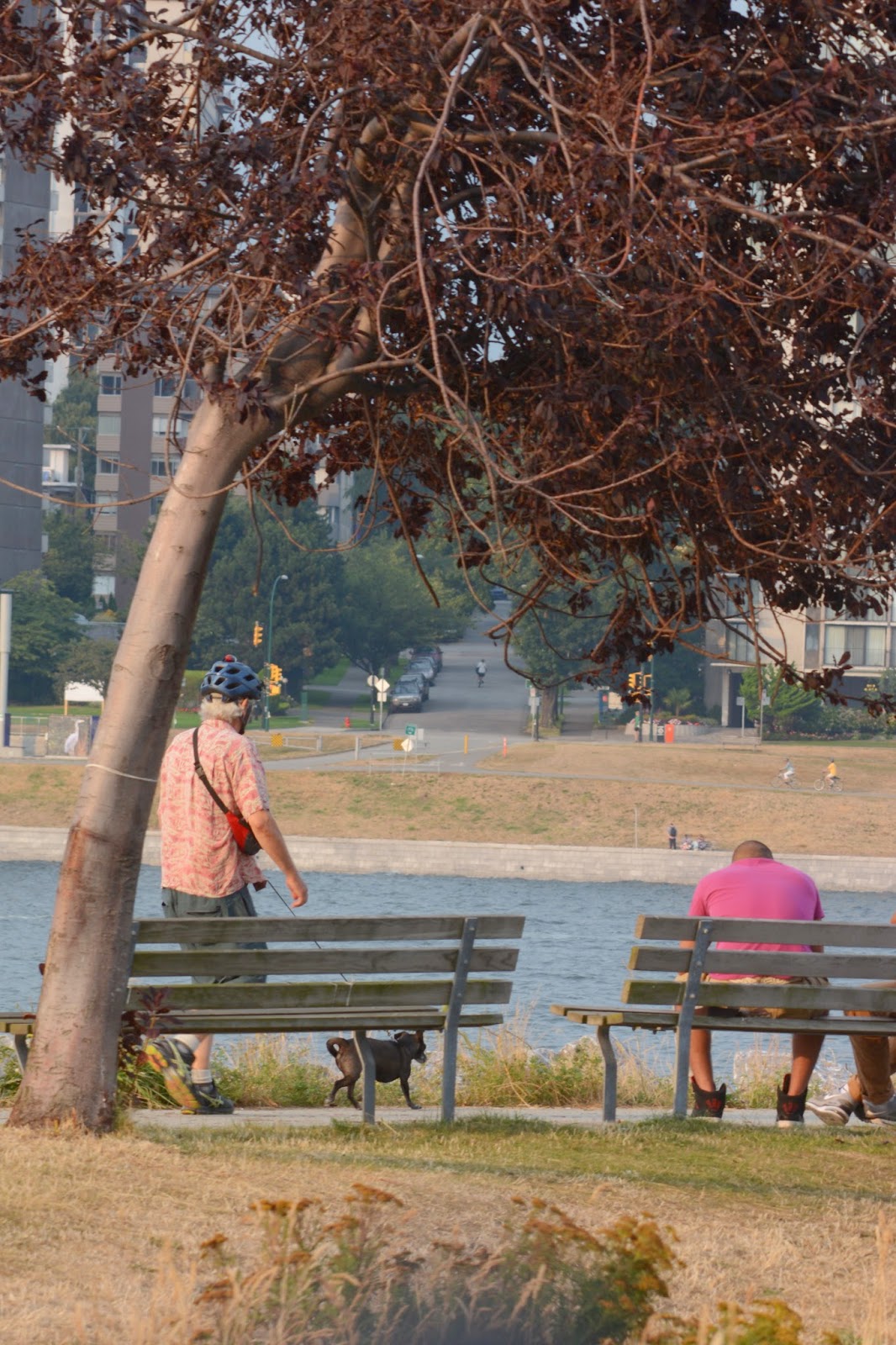 while I continued to play with my camera. There was a warm, hazy light over the water that I tried to capture.  Perhaps, it will have an esemplasy (unifying power of imagination) quality to it that inspires your own memories of equivalent images. 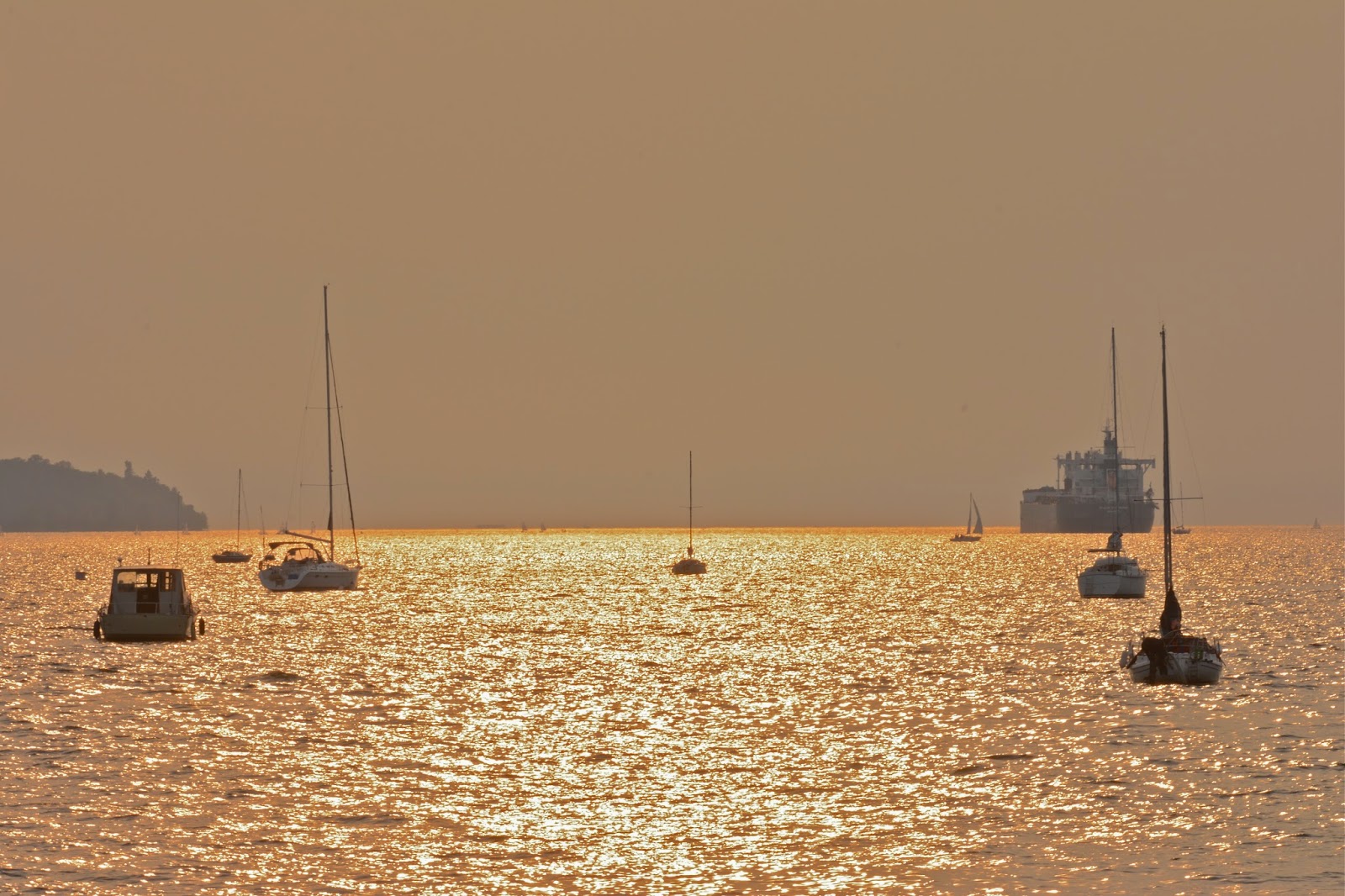 I observed in going over my photos of Bill and Black Jack, that at least two people were engrossed in their  electronic devices (fellow on park bench, two photos above).  I'm not sure what to say about that, except that I suspect they missed a lot of equally interesting action right in their midst. 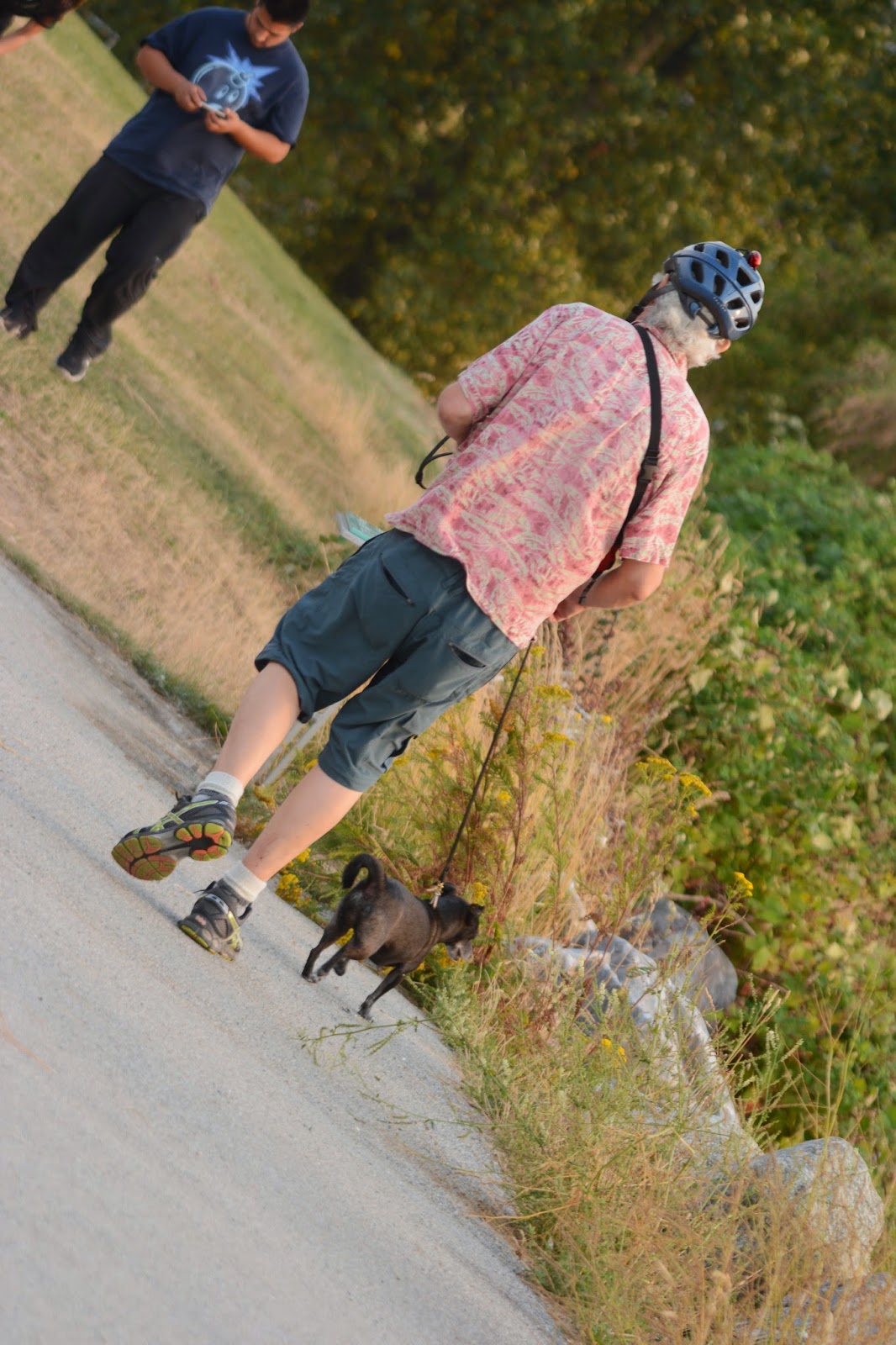 Manually focusing while following an essorant cormorant is an exercise in frustration, but here is my best effort yesterday. 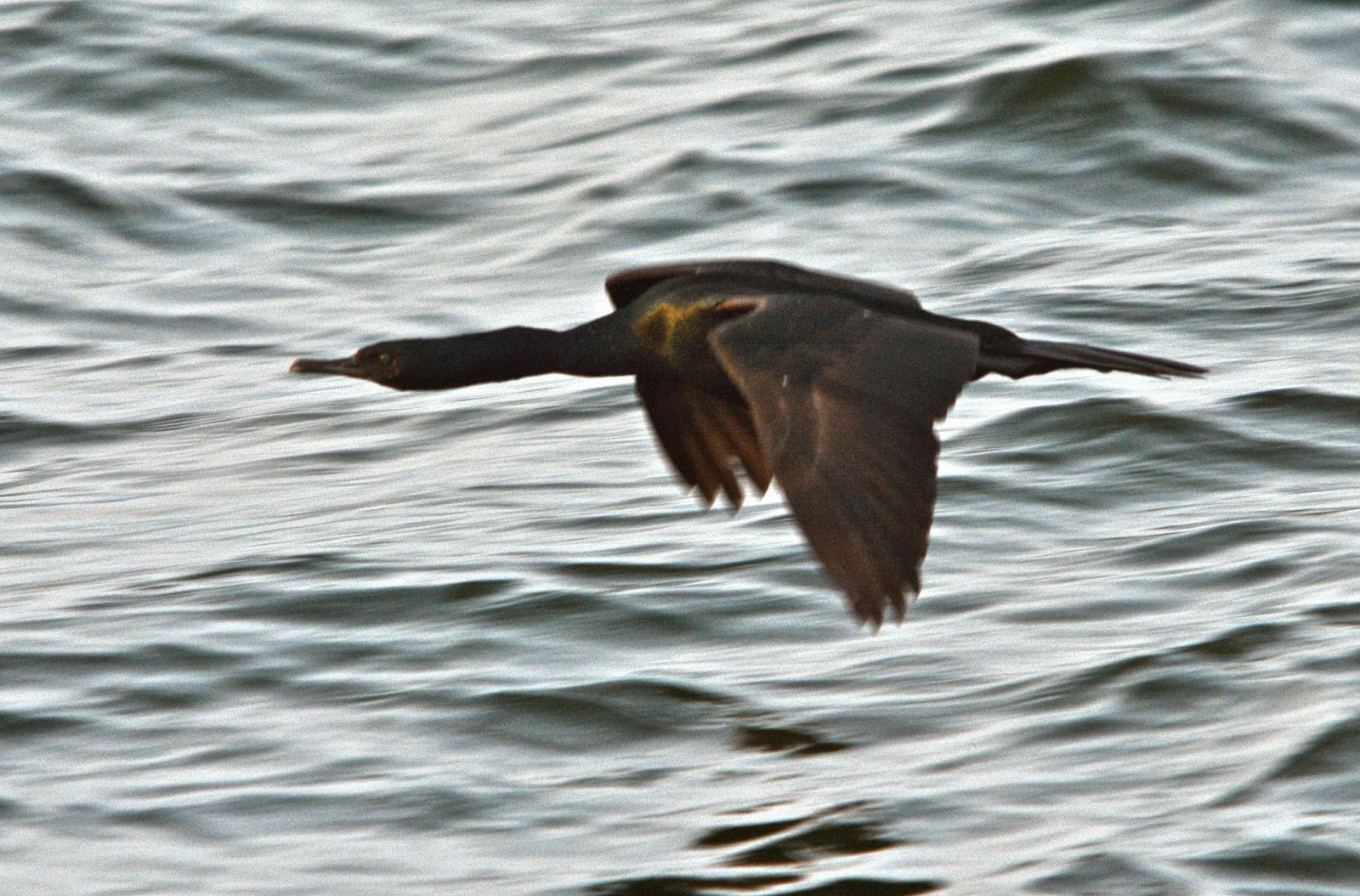 And, just to leave you with two other "E" words new to me and learned at the phrontistery site:  Eellogofusciouhipoppokunurious means "good" and eutony means "pleasantness of the sound of a word" so perhaps they could work together.  If any of us can pronounce that first word, surely, it would have a wonderfully satisfying feel to it.  That's it for this week's ABC Wednesday effort.  i hope you have enjoyed it.  Many thanks to Mrs. Nesbitt and her fine team of volunteers for making the meme so successful.
Posted by Black Jack's Carol at 12:03 PM