Bill mentioned a few days ago that we should stop by Roedde House.  It's an amazing place that we've visited before.  It is intriguing to me that Vancouver's first book binder built it. 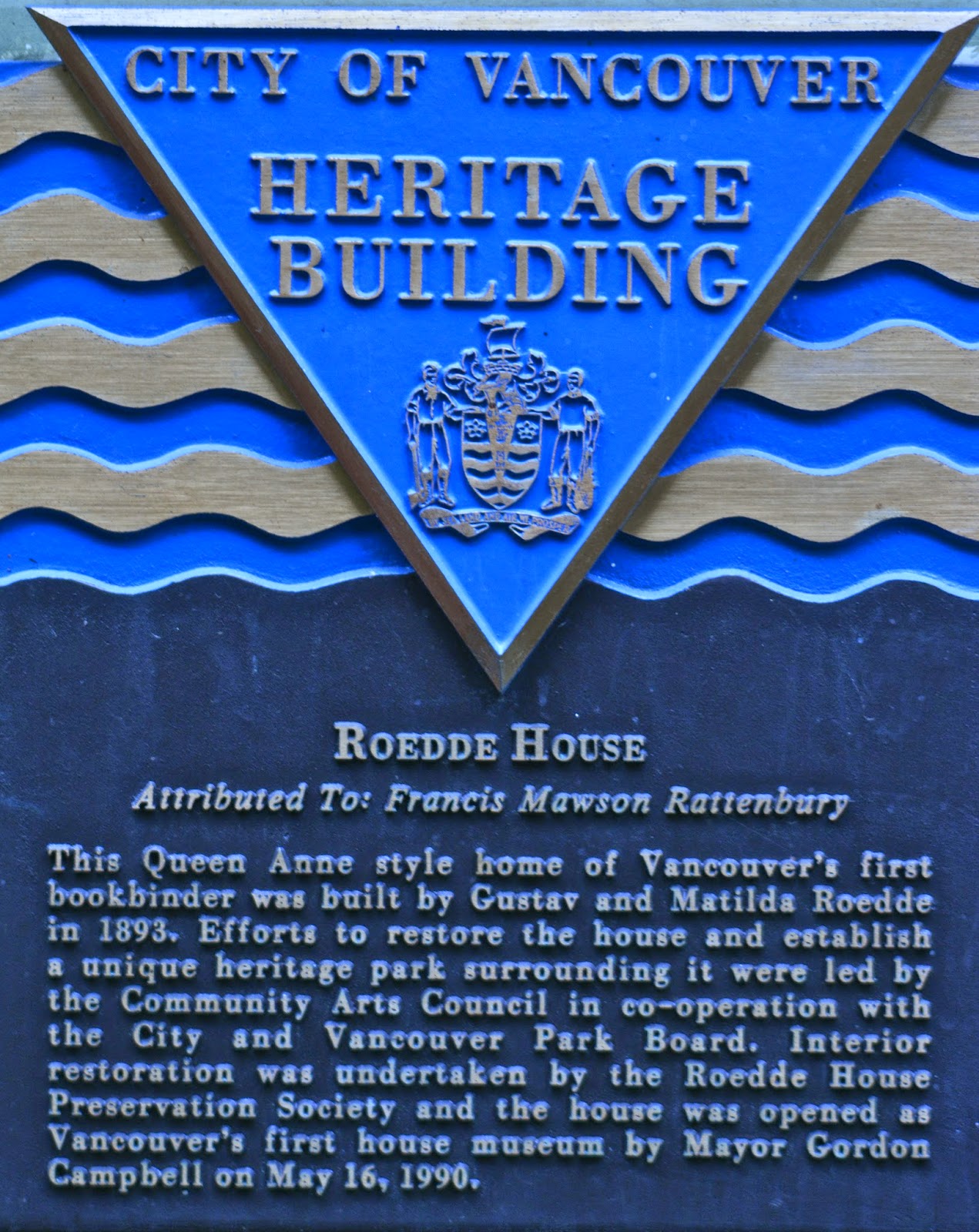 You can see some of the collections at this site.  There are also chamber music and jazz performances, intimate ones with people sitting in the drawing room around an upright piano.  But for yesterday, we chose just to explore the gardens a little bit. 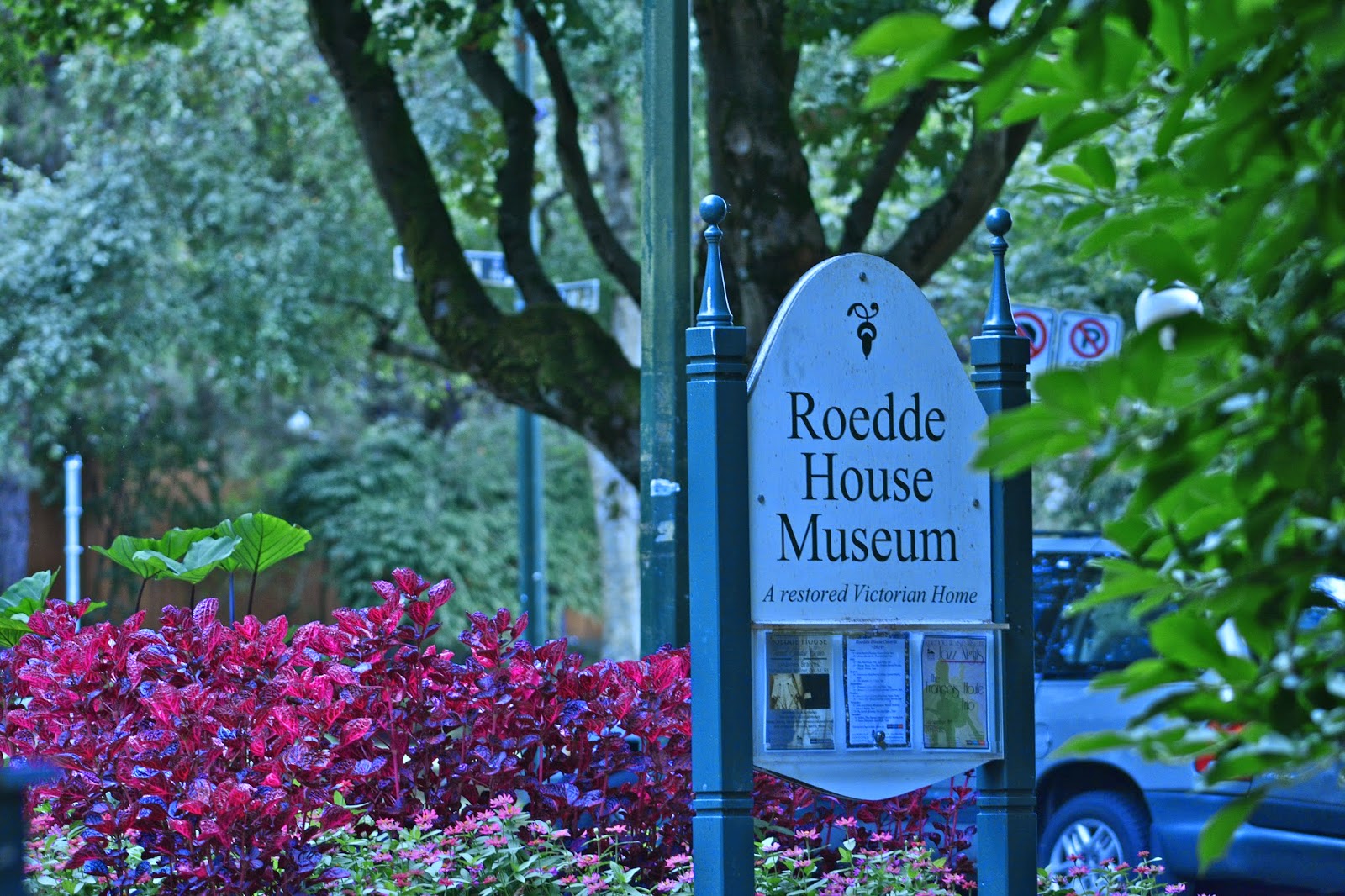 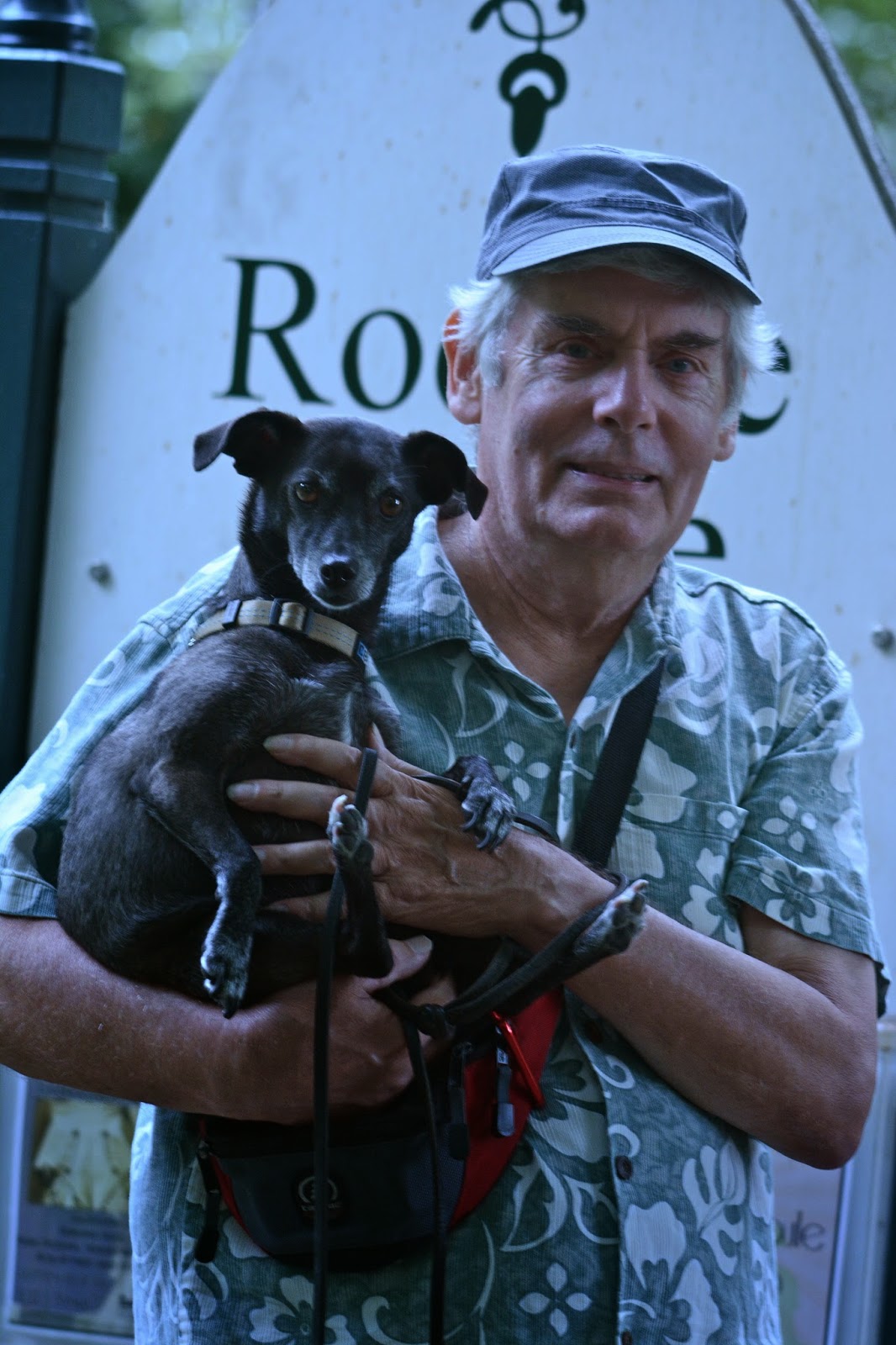 so she was a happy camper. 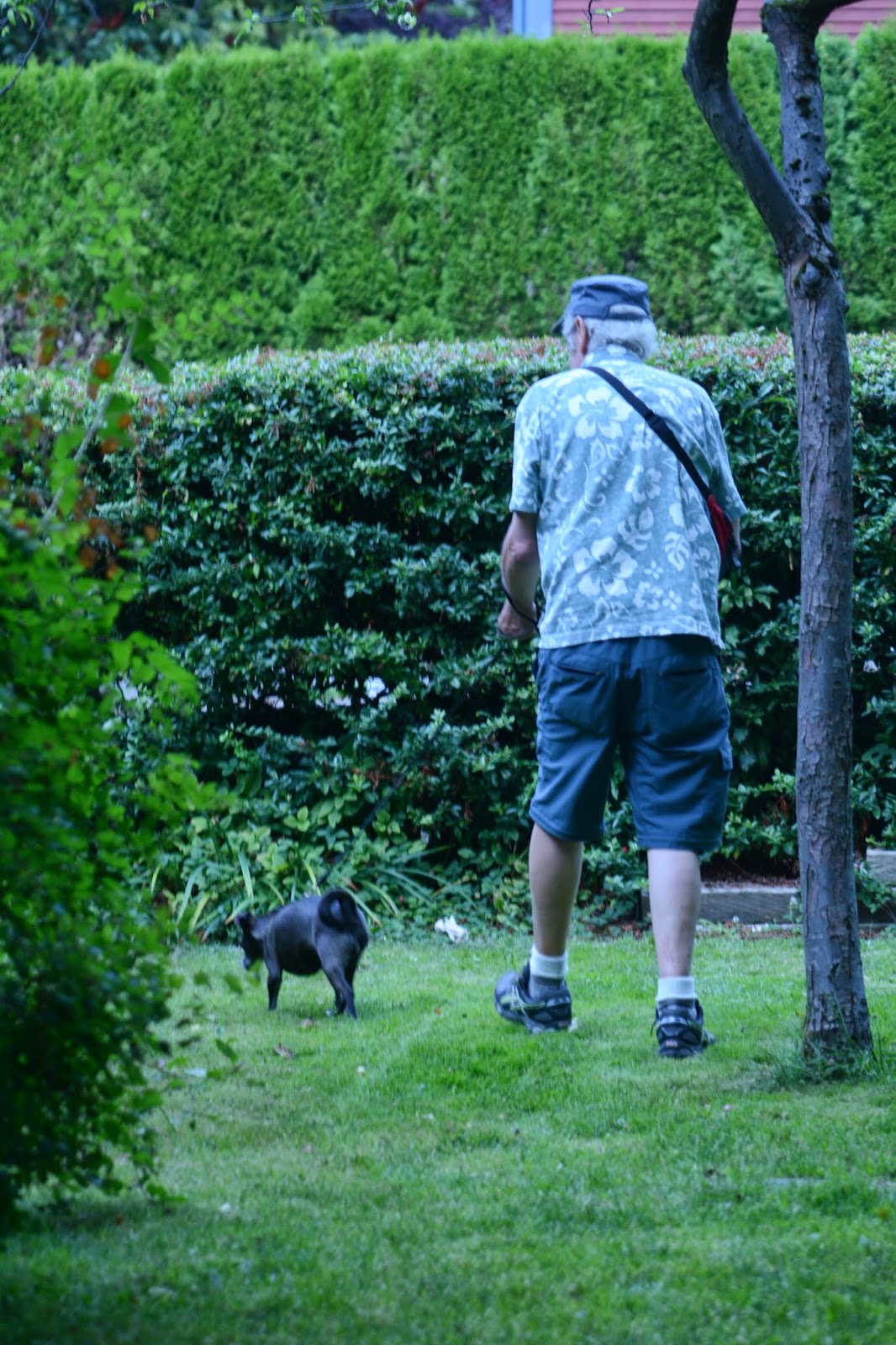 Bill and I liked the flowers and I'll share a few.. 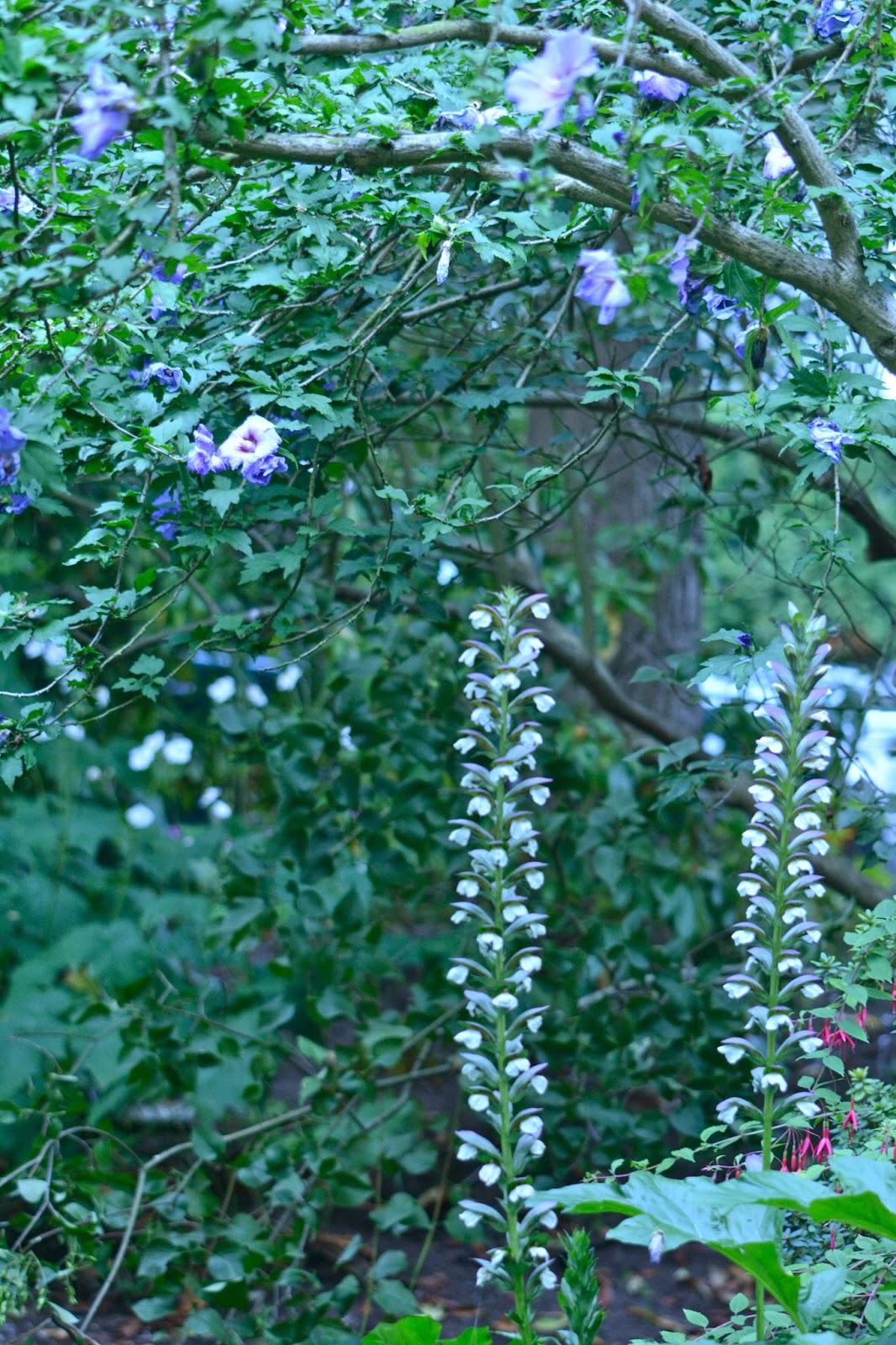 with Our World Tuesday, 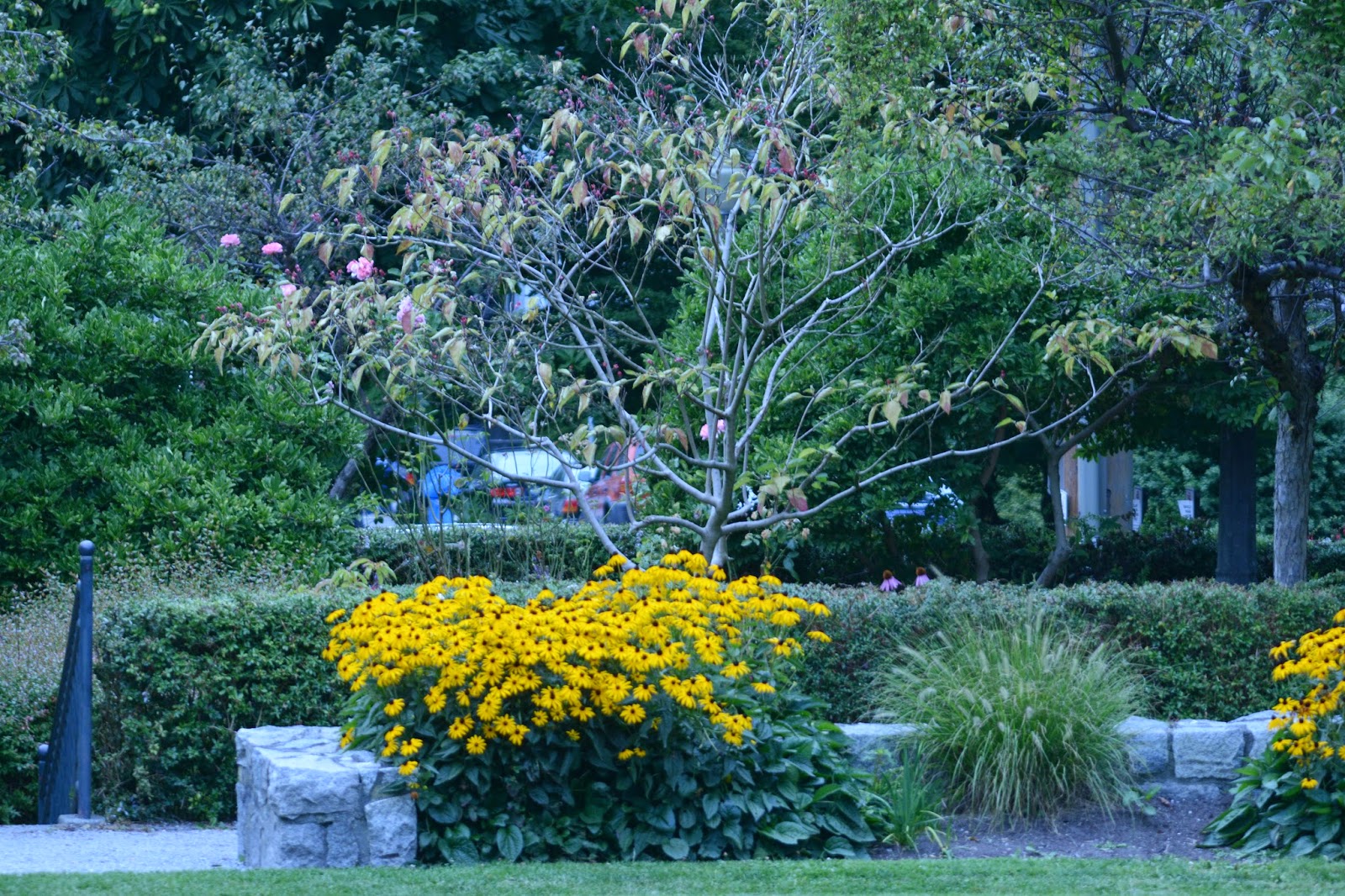 even though my blue-tint camera problem was still an issue. 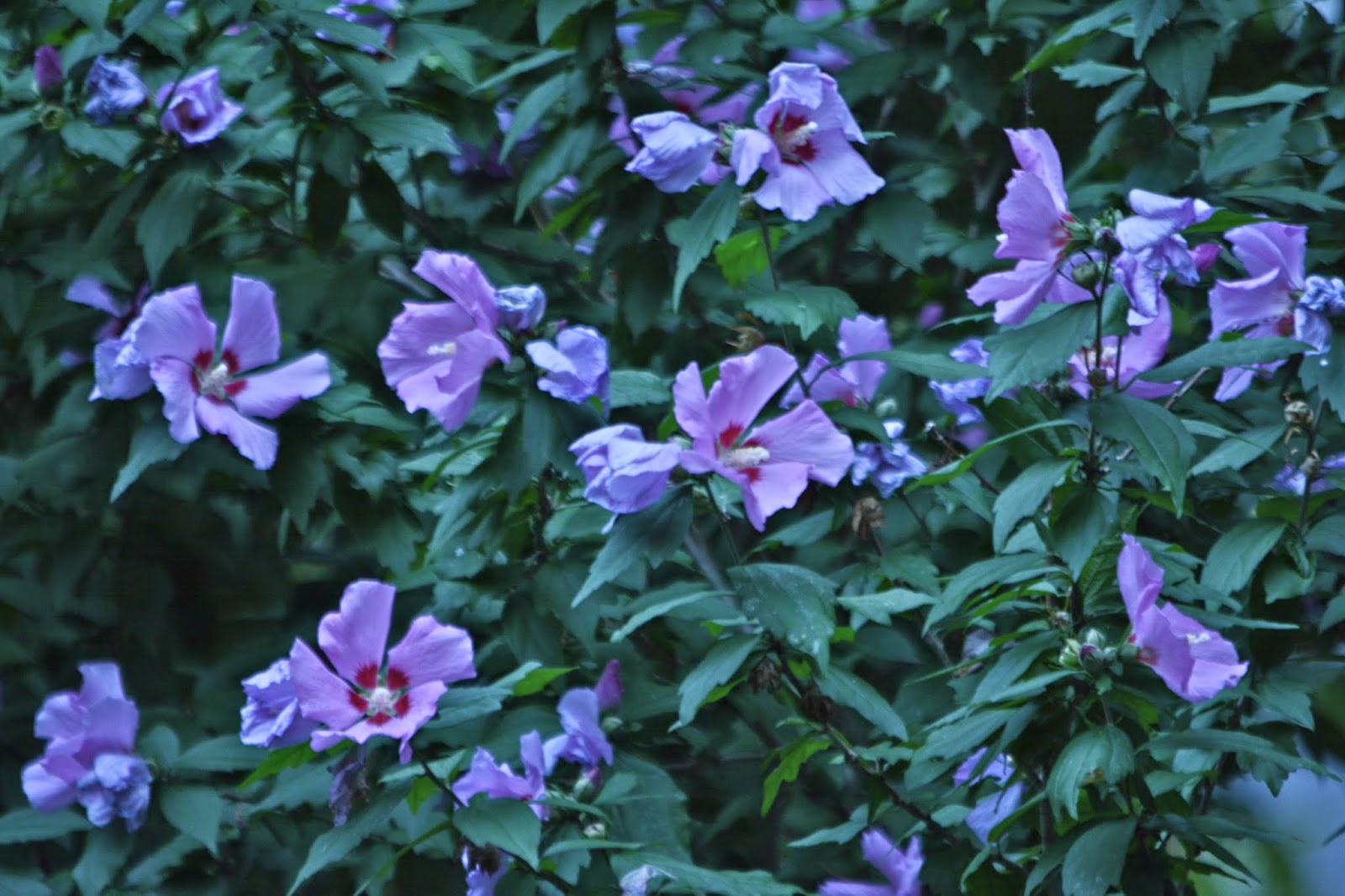 There is a green space nearby where people bring their dogs to play.  Although all.. 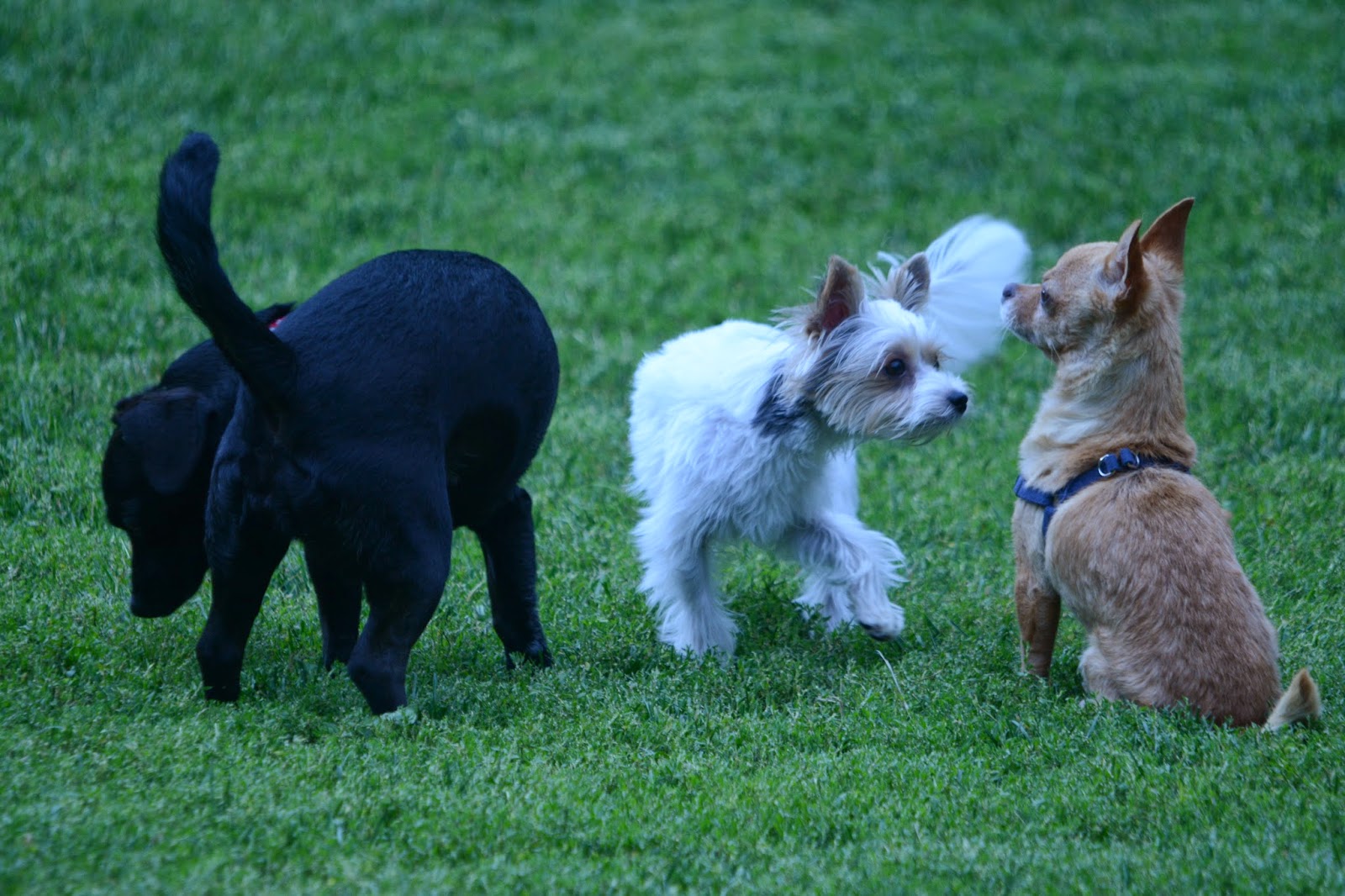 appears well in these photos, the doggie dynamics were a bit strained.. 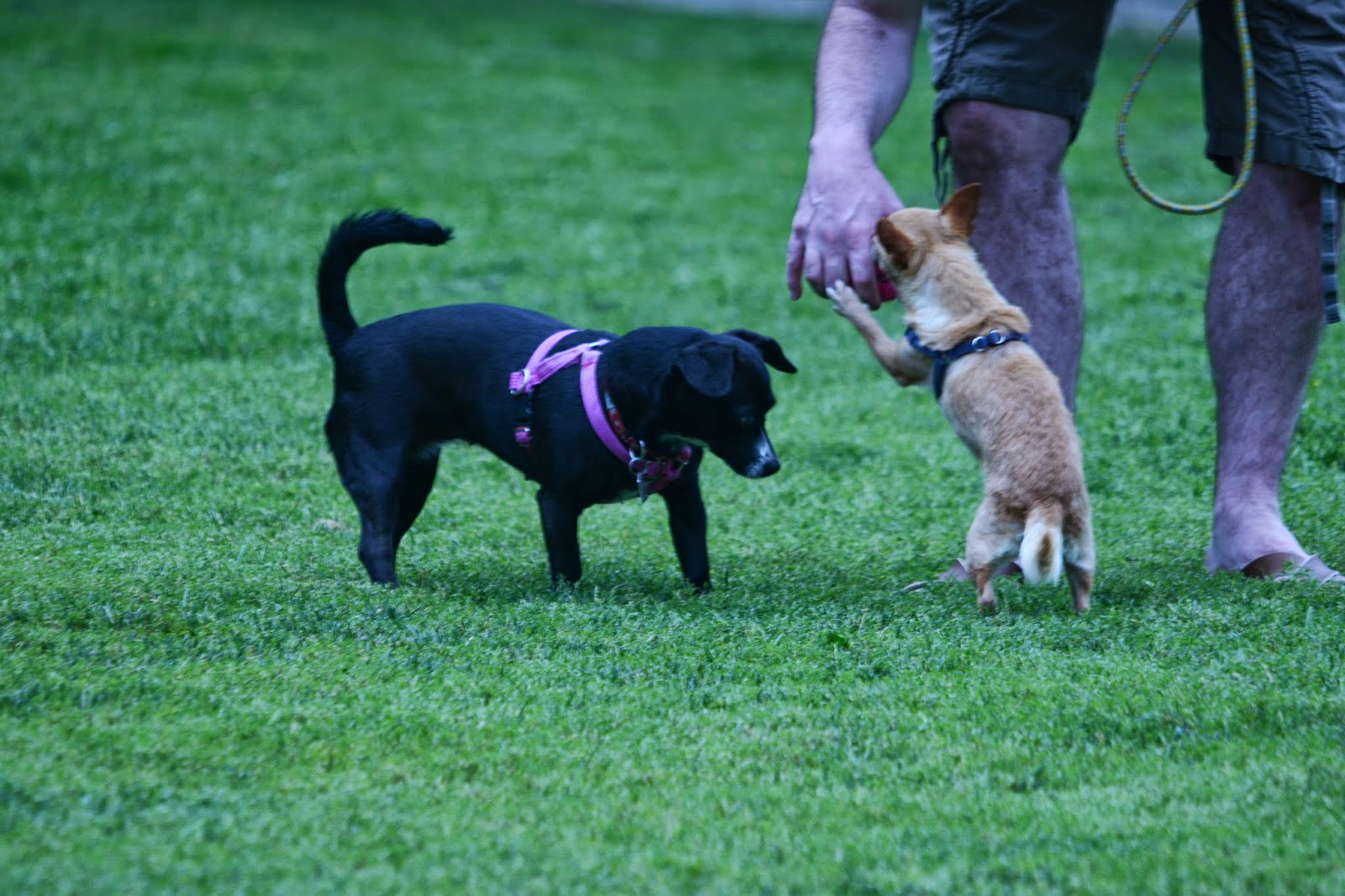 so we didn't add Black Jack to the mix.  I like the way the black dog here seems to lack interest, but could s/he have been faking?  In the end, s/he can't resist.. 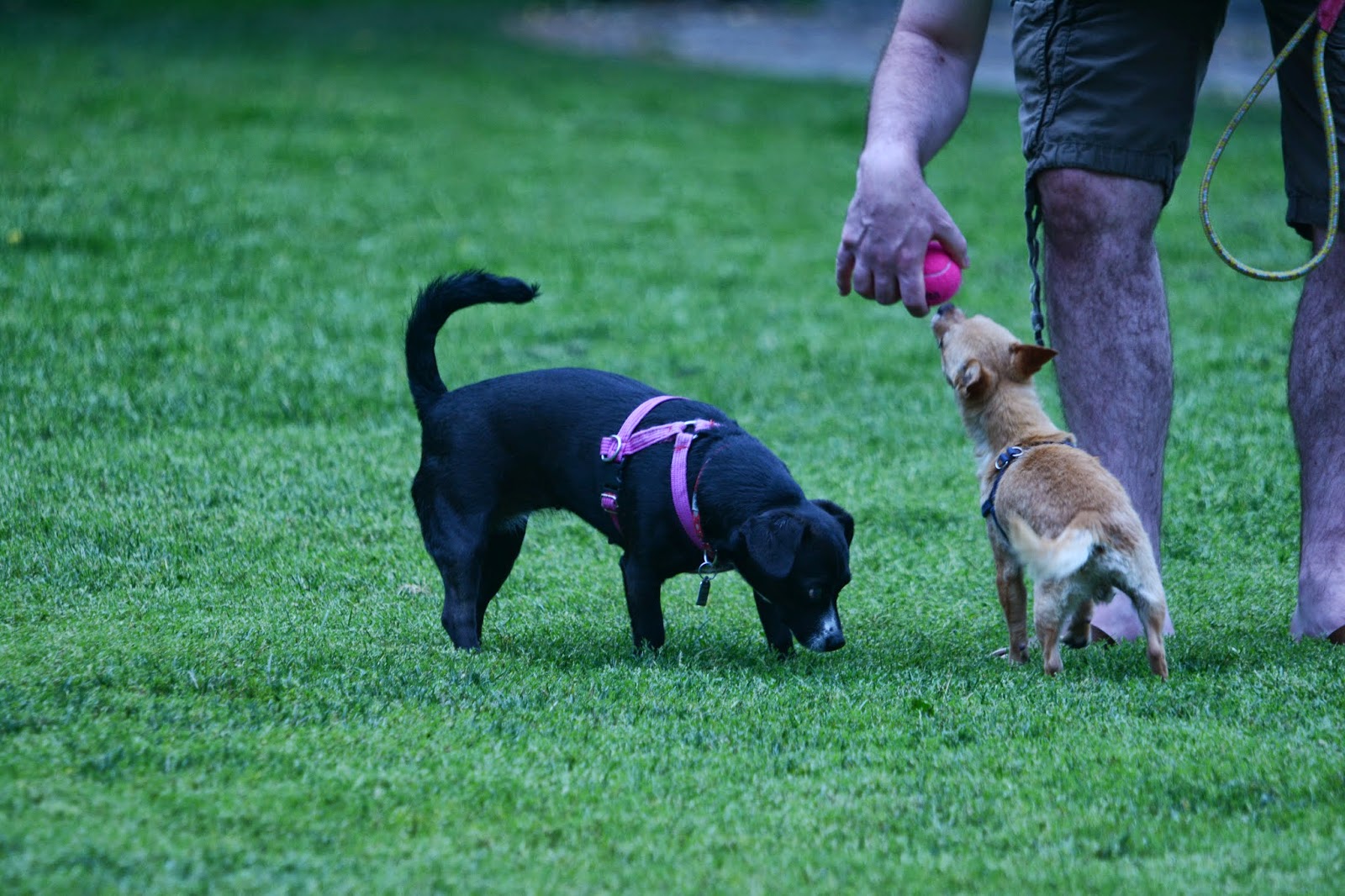 and joins in the chase. 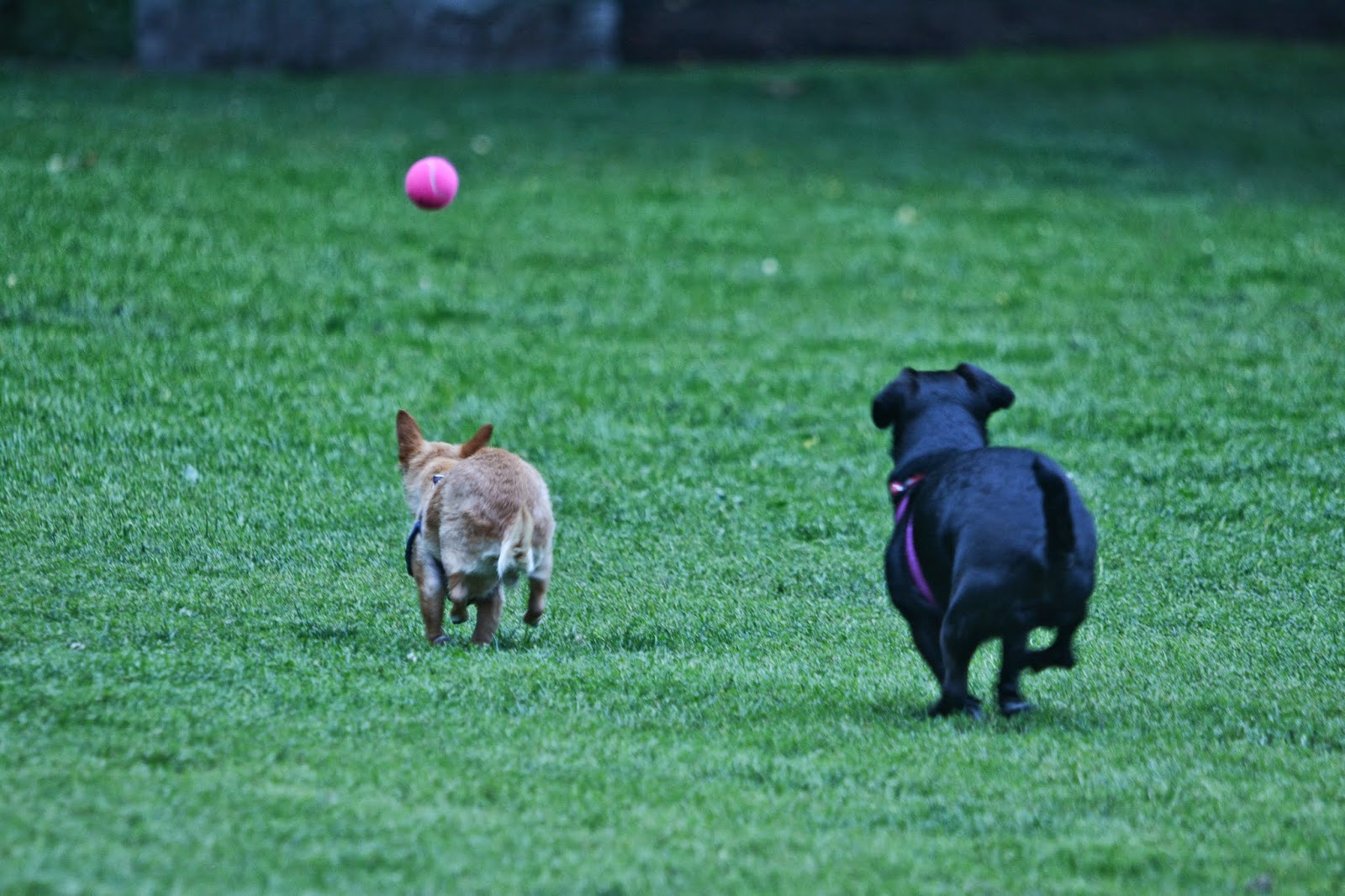 It is a beautiful neighbourhood and we took a few minutes to explore the block.  I was surprised to see this house in a state of neglect.  A challenging but rewarding project in waiting for someone with time and money on their hands! 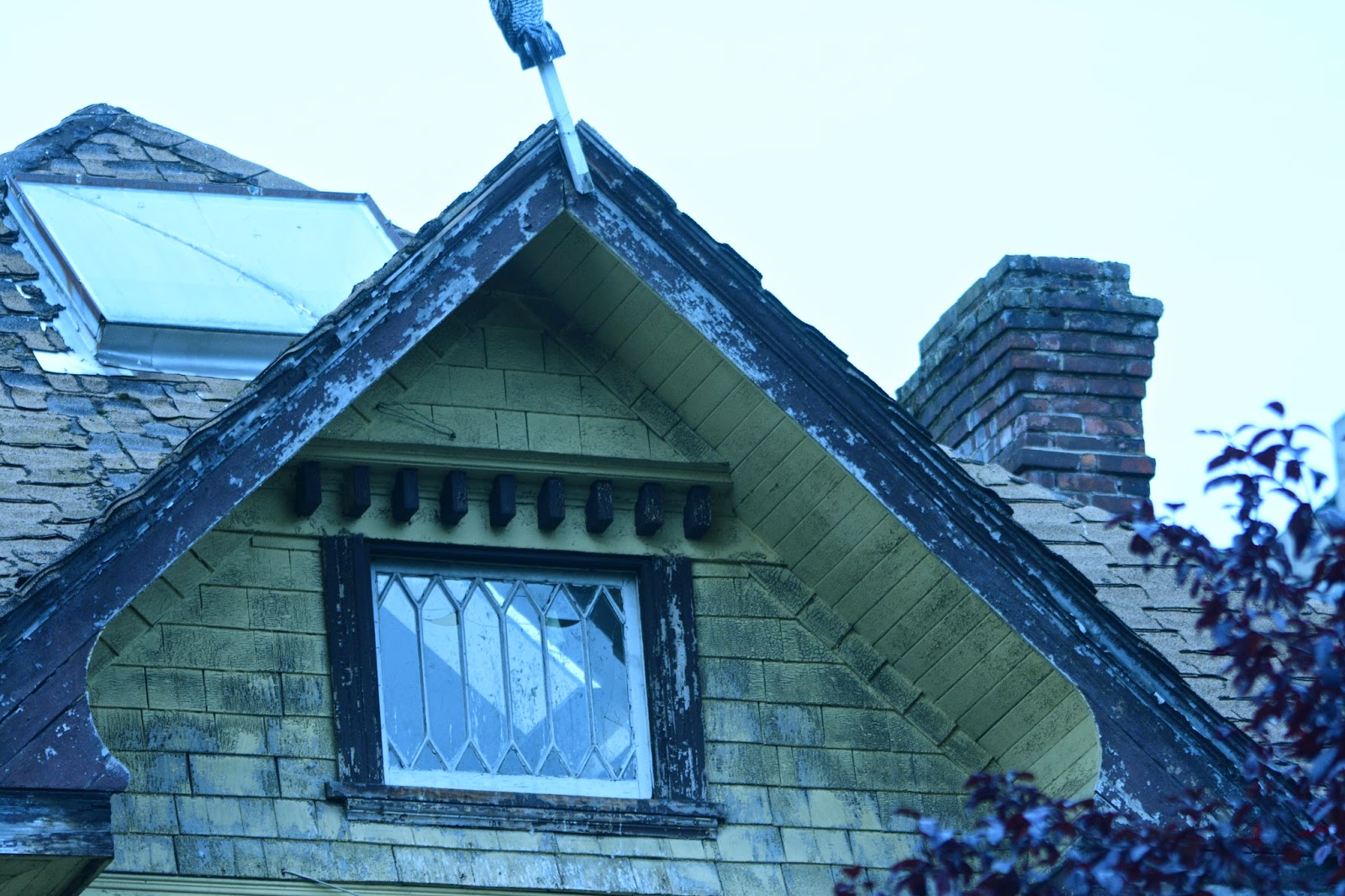 We continued from Roedde House to Stanley Park where Bill helped Black Jack investigate "her" skunk tree.  Her experience there a few years ago was clearly more traumatic for me than it was for her :) 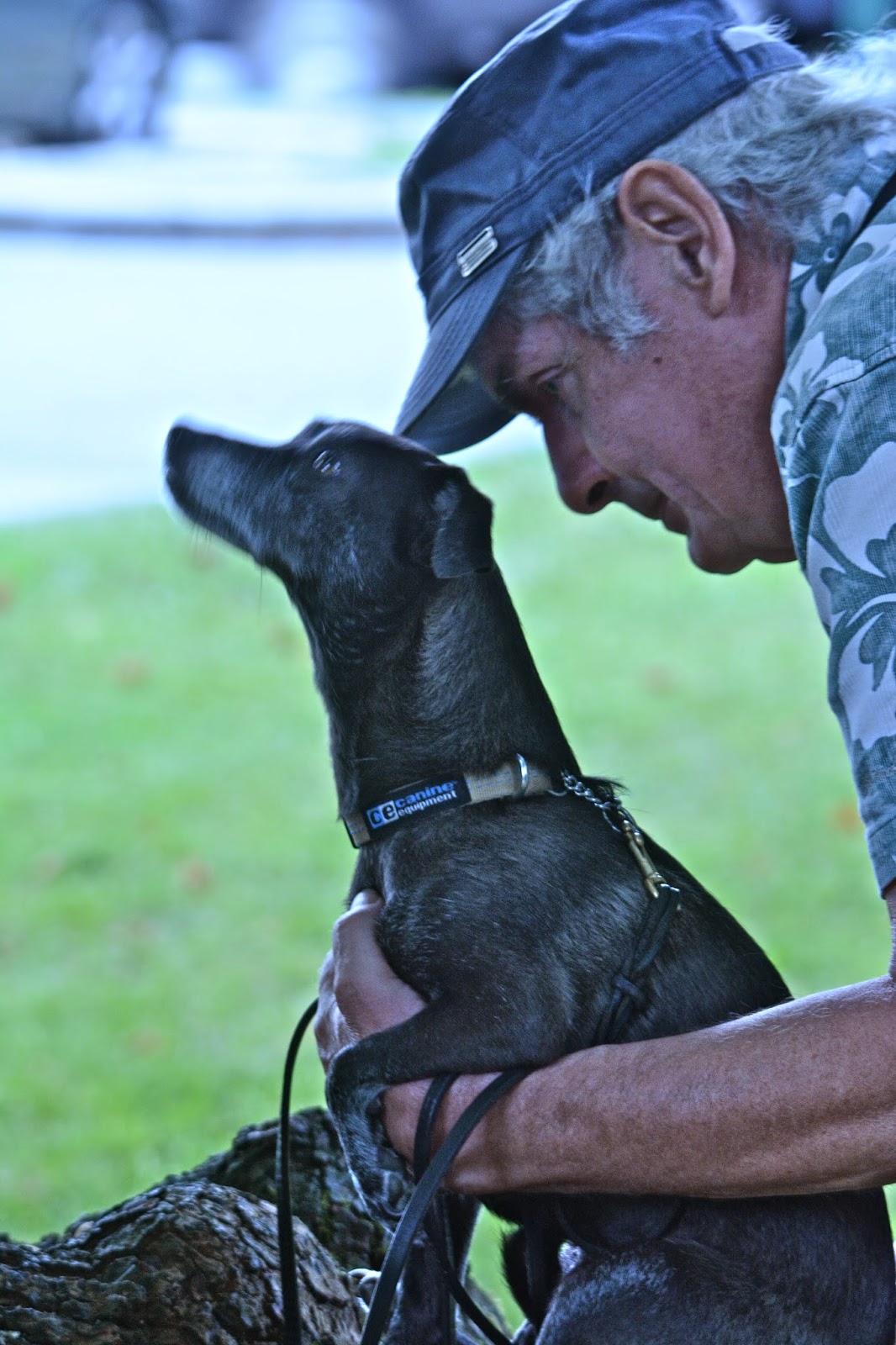 Vancouver's gardens are changing as the summer draws to a close but they are still lush. 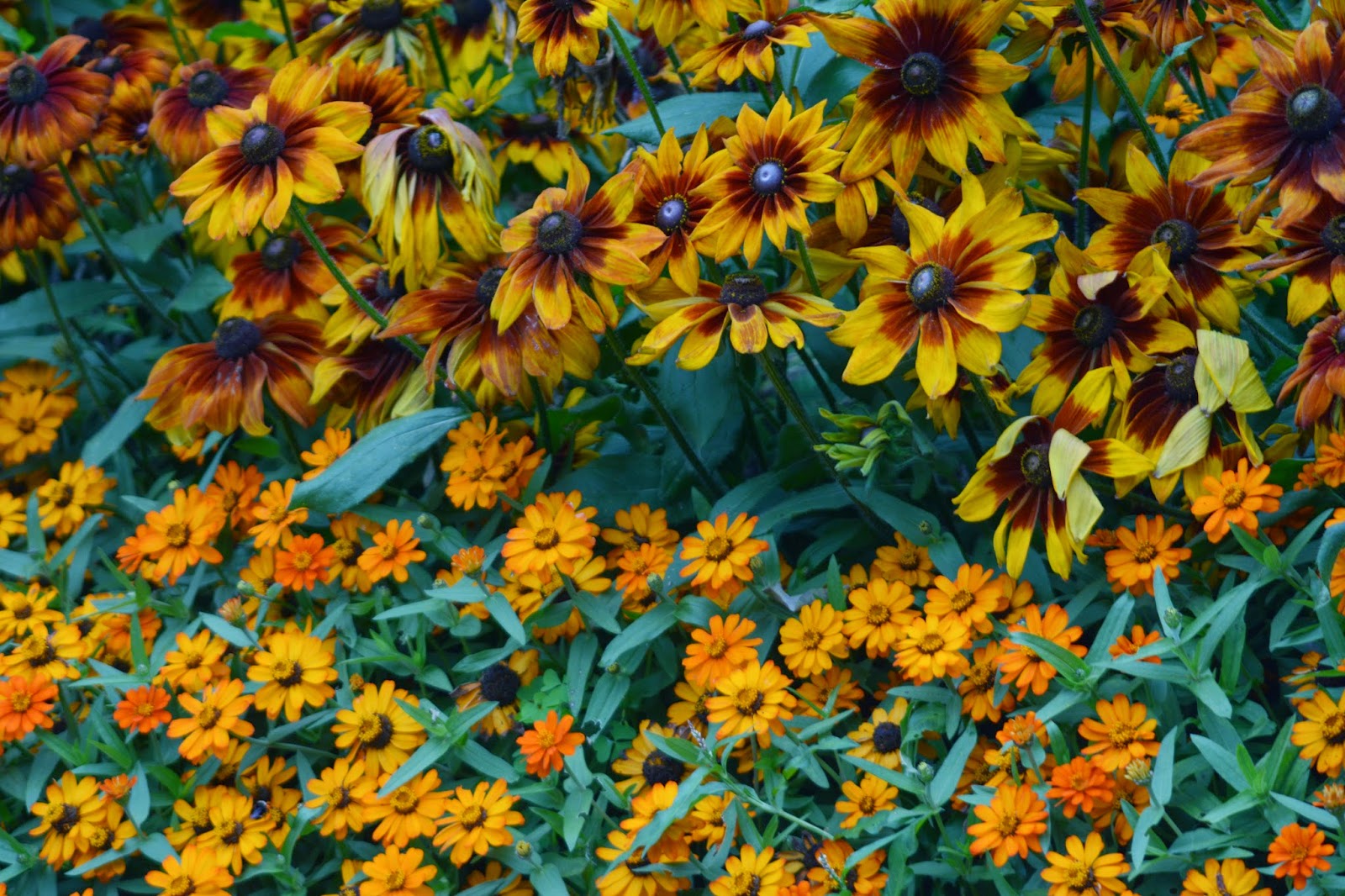 Sadly, some people add their own touch to the beautiful trees.  Hopefully, this is just in chalk. 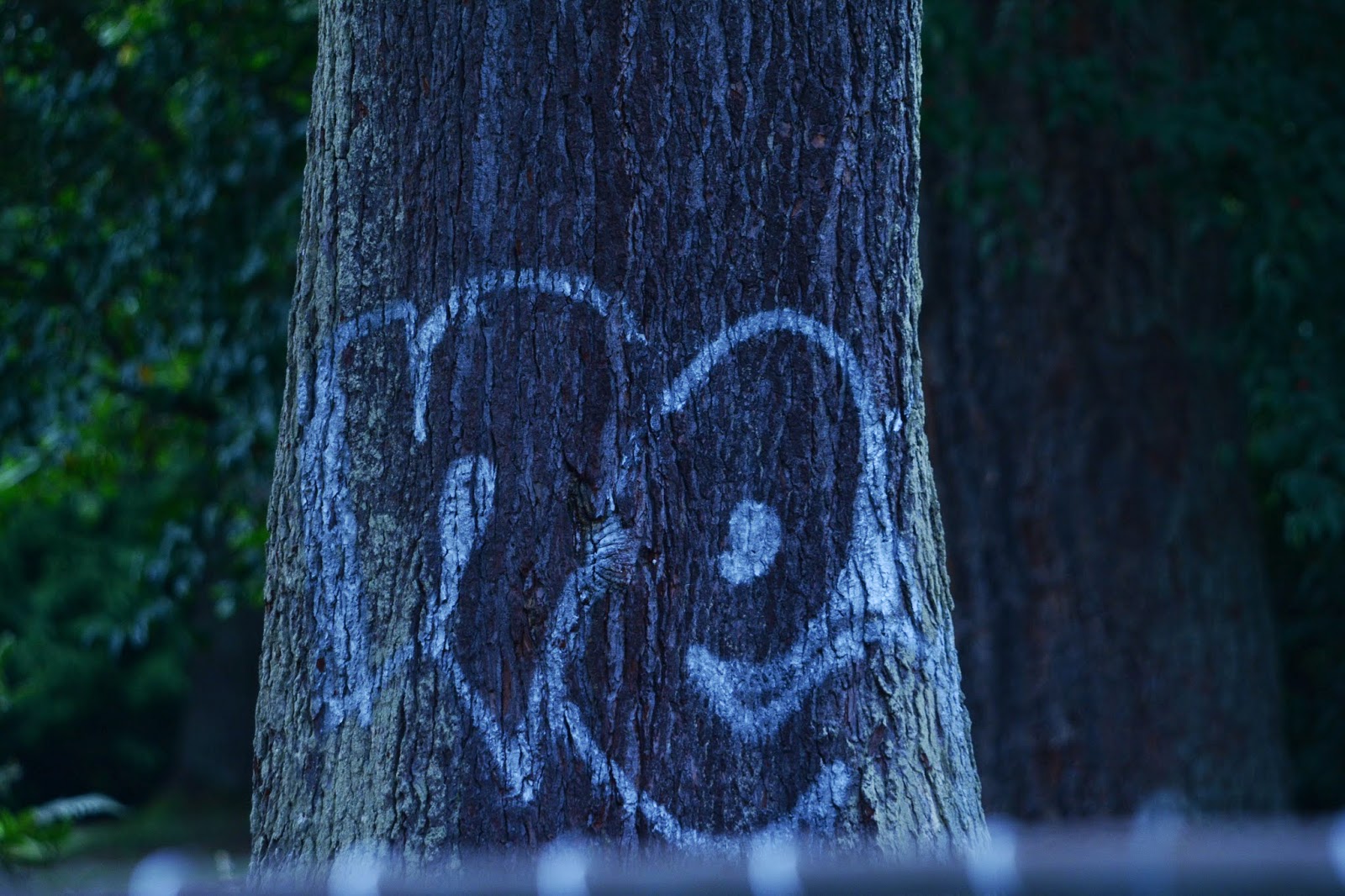 Yellow flowers were in greater quantities than usual.. 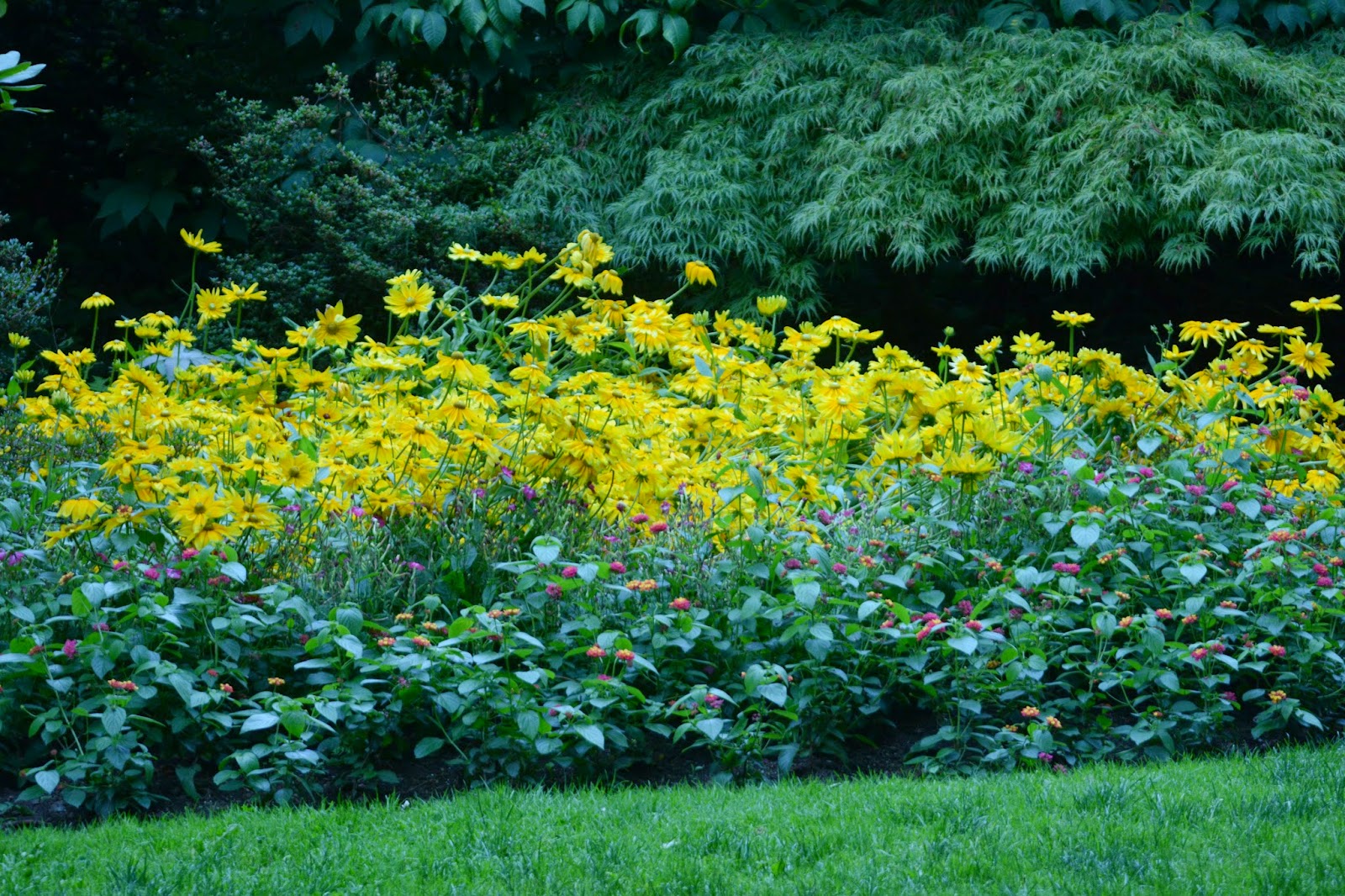 but wildlife was noticeably reduced.  These ducks by Lost Lagoon seemed interested mostly in catching up on their rest and were about as wild as we saw yesterday. 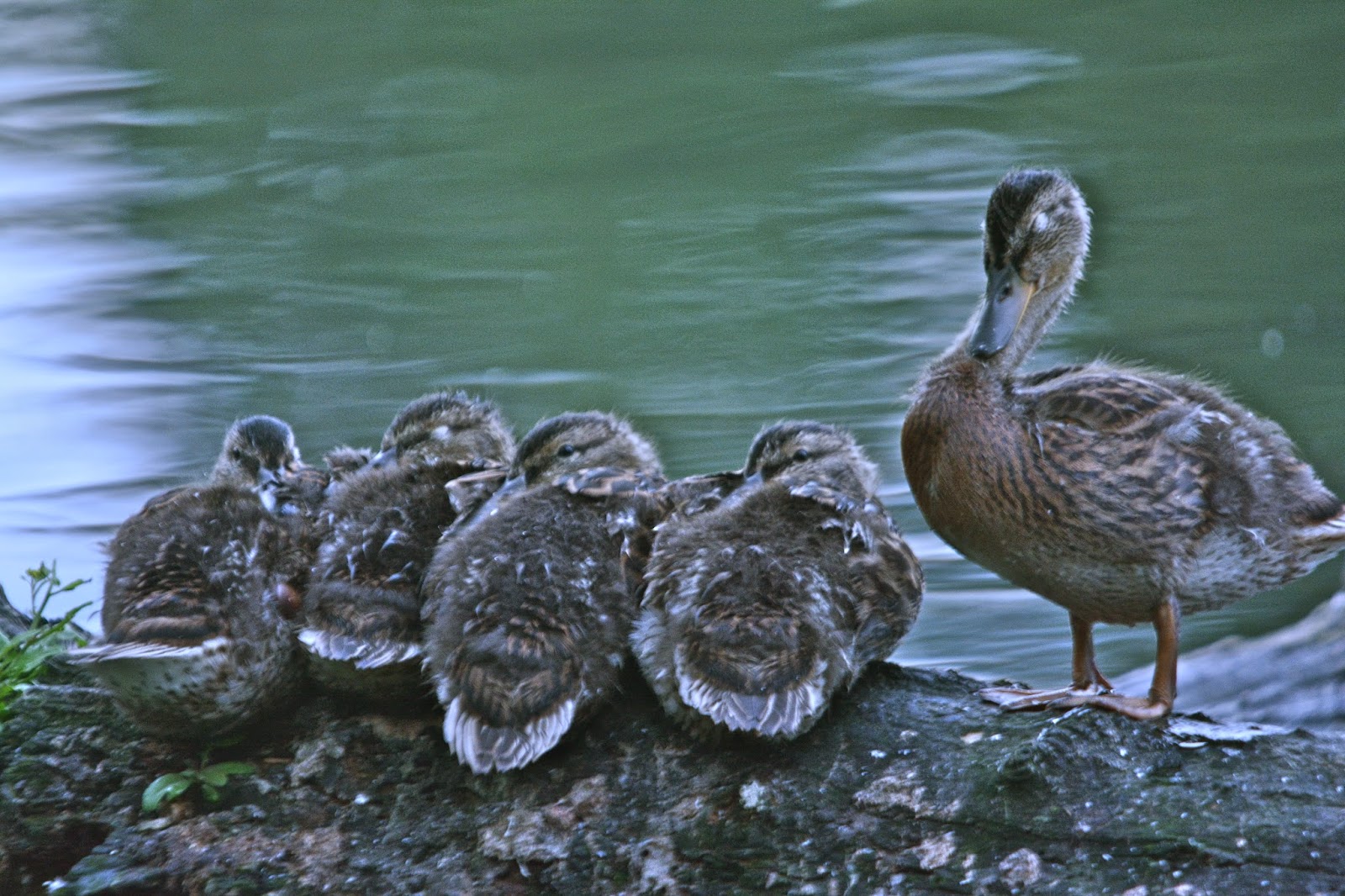 Bill has been suggesting for several days now that I go into my camera's menu and see if the colour balance or lighting is causing the blue tint.. 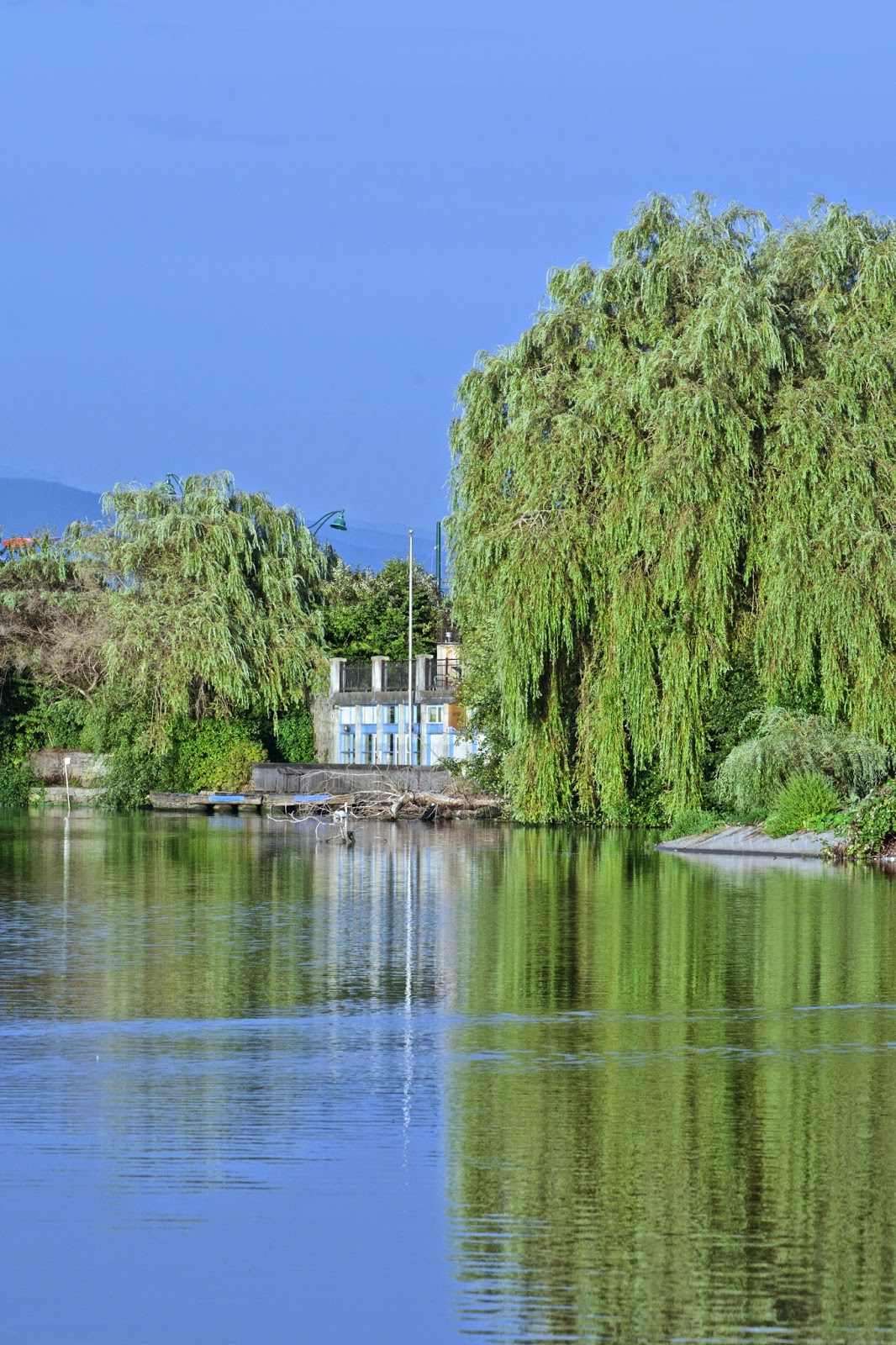 over all of my photos.  As we sat looking over Lost Lagoon, I finally did that.  Somehow, the lighting had been changed to "incandescent" and changing it back to "auto" solved.. 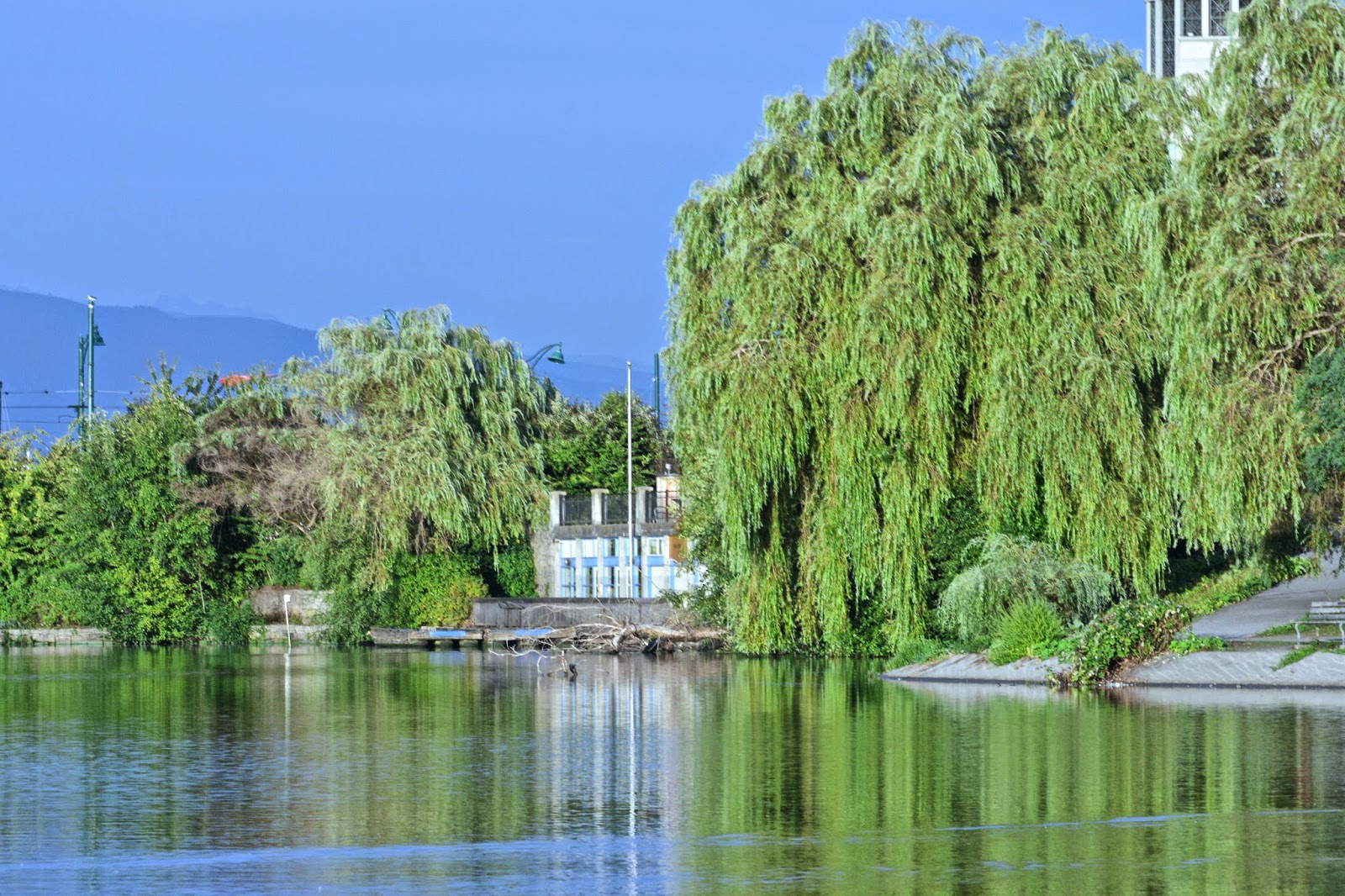 the problem.  Yay!  Now, the question is why it took me so long to act on his advice.  I confess here that I am a procrastinator.  I've never quite, fully, absolutely.. admitted to that, preferring to think I was just "busy" but an article I happened to come across on a former colleague's facebook page brought me to the realization that if I don't make an attempt to deal with that issue, I really will miss out on things I'd like to do.  Here's the article, Part 1 and Part 2, just in case any readers here could use a tweak of two in that department. 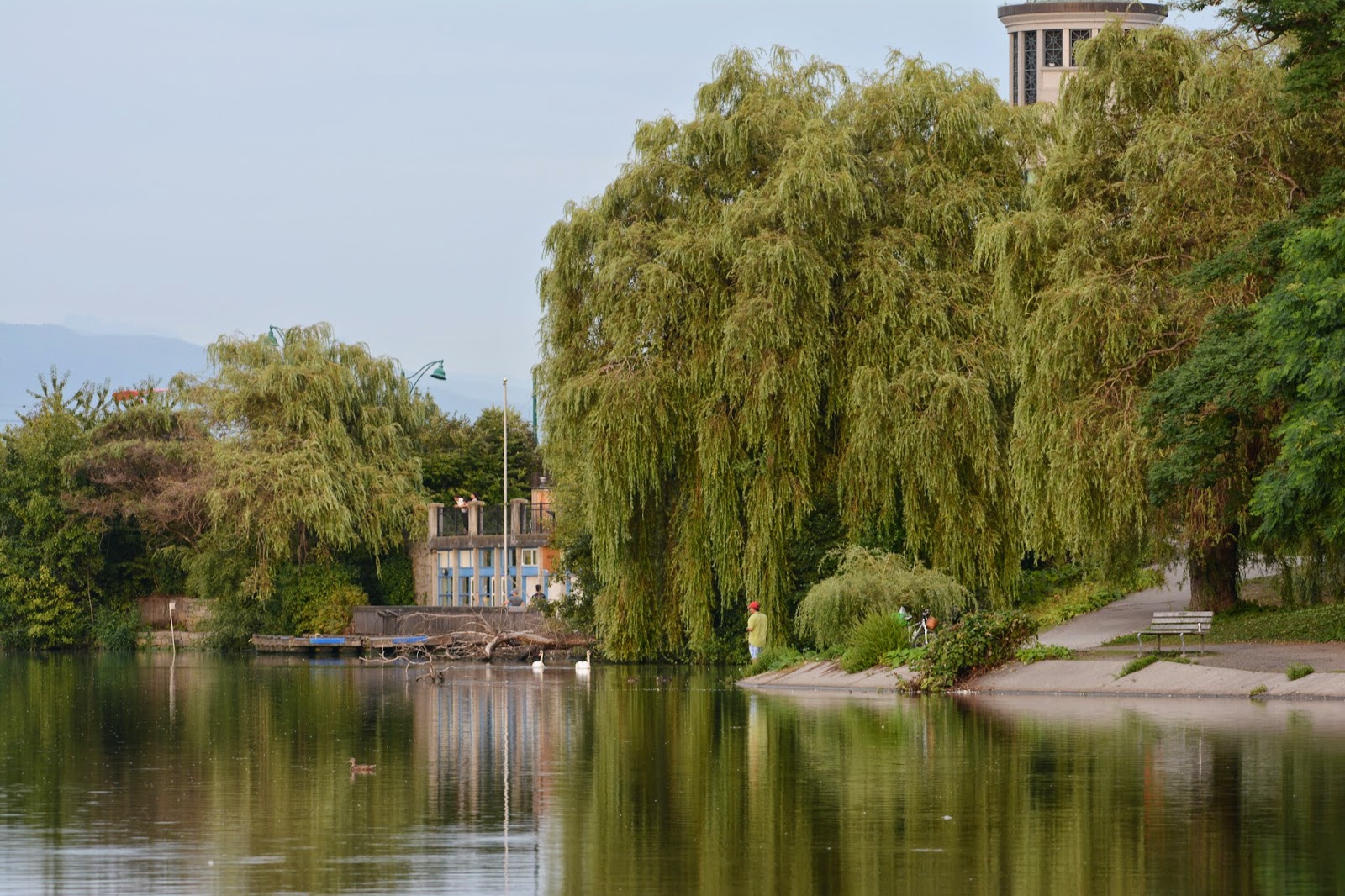 Anyhow, though there are still some camera issues to deal with, that particular one.. 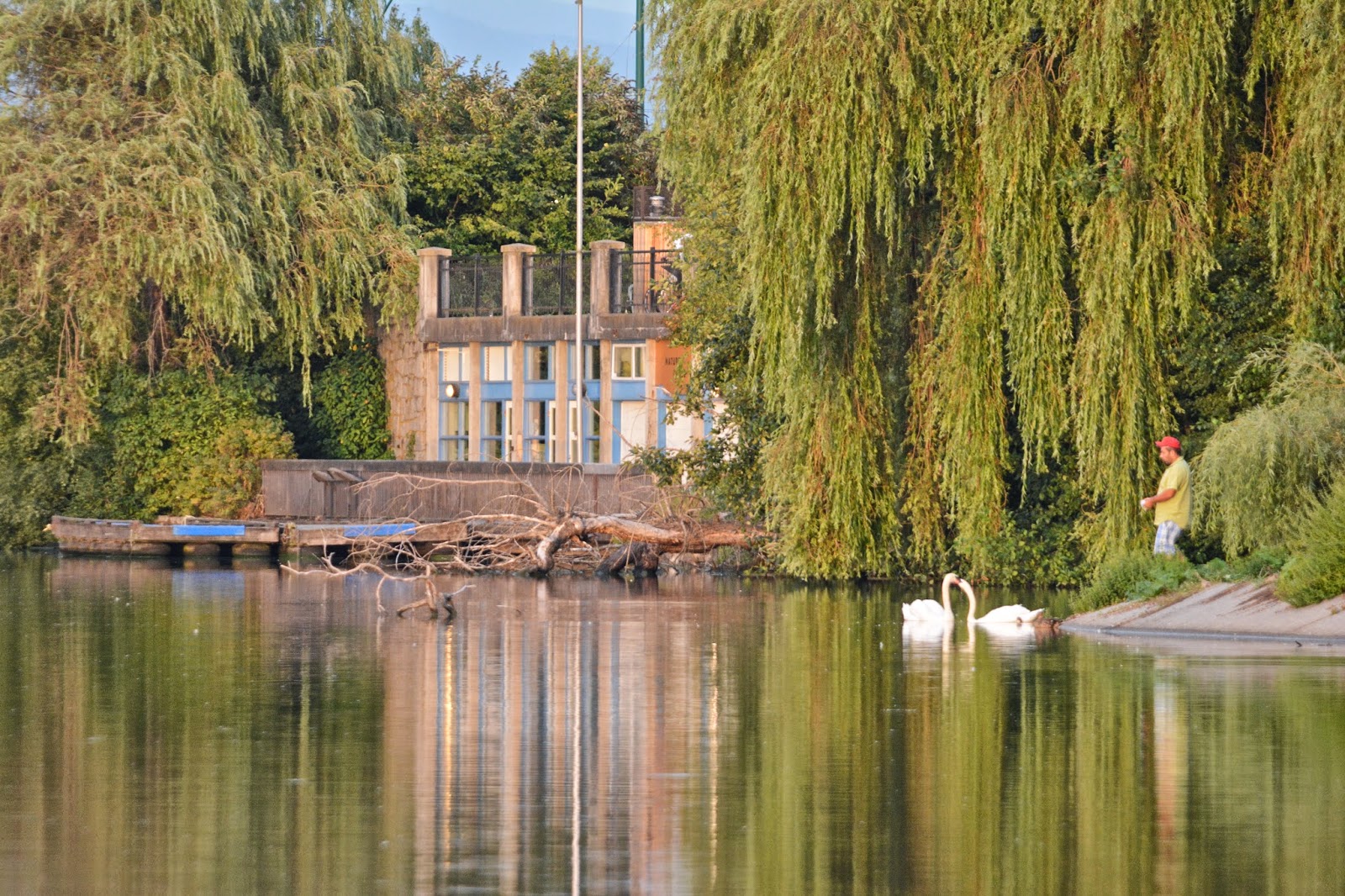 is now solved.  Getting back to life in Lost Lagoon, we spotted a total of four swans.  These two were being fed by one person, while another watched from behind the bushes. 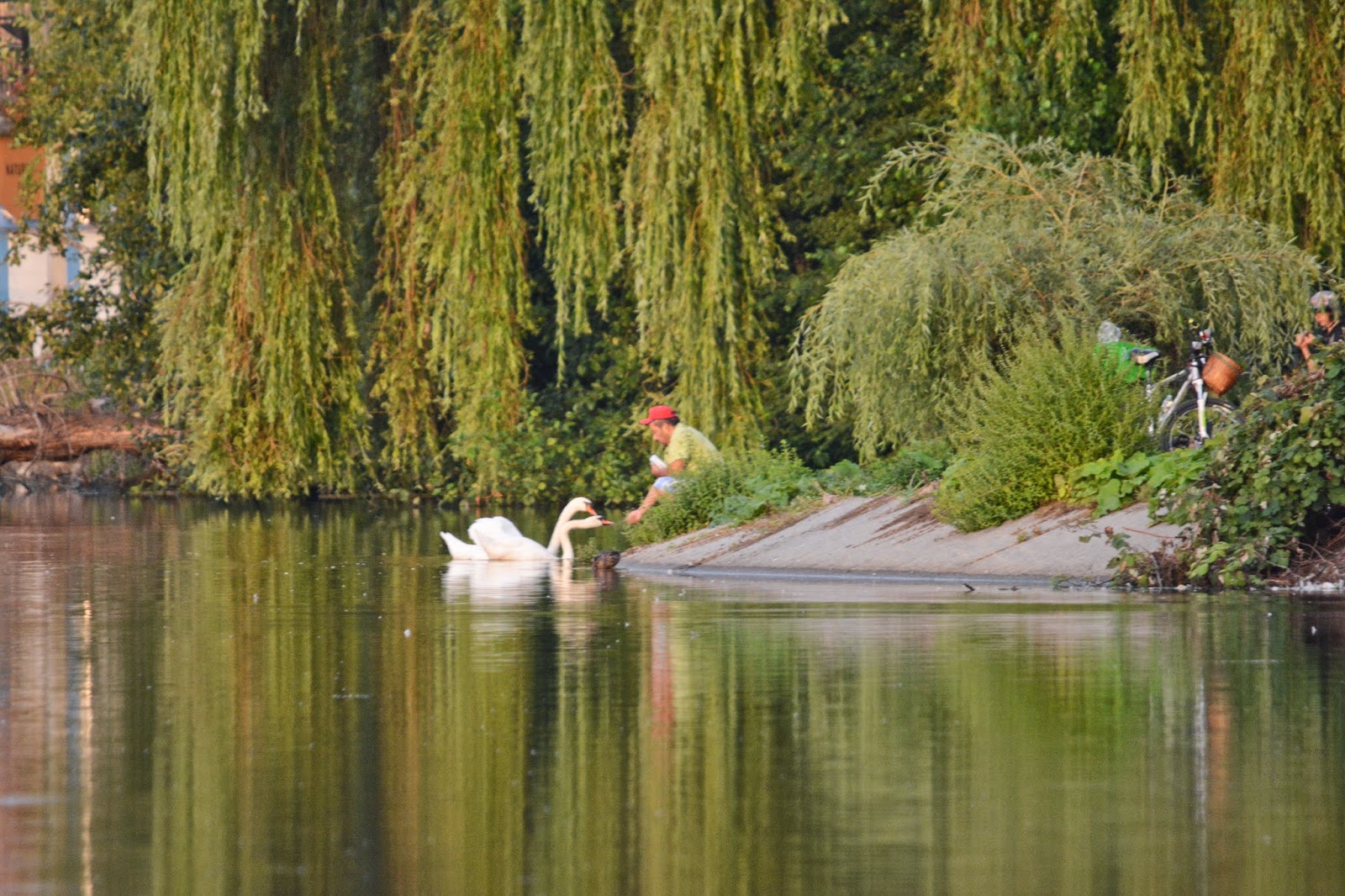 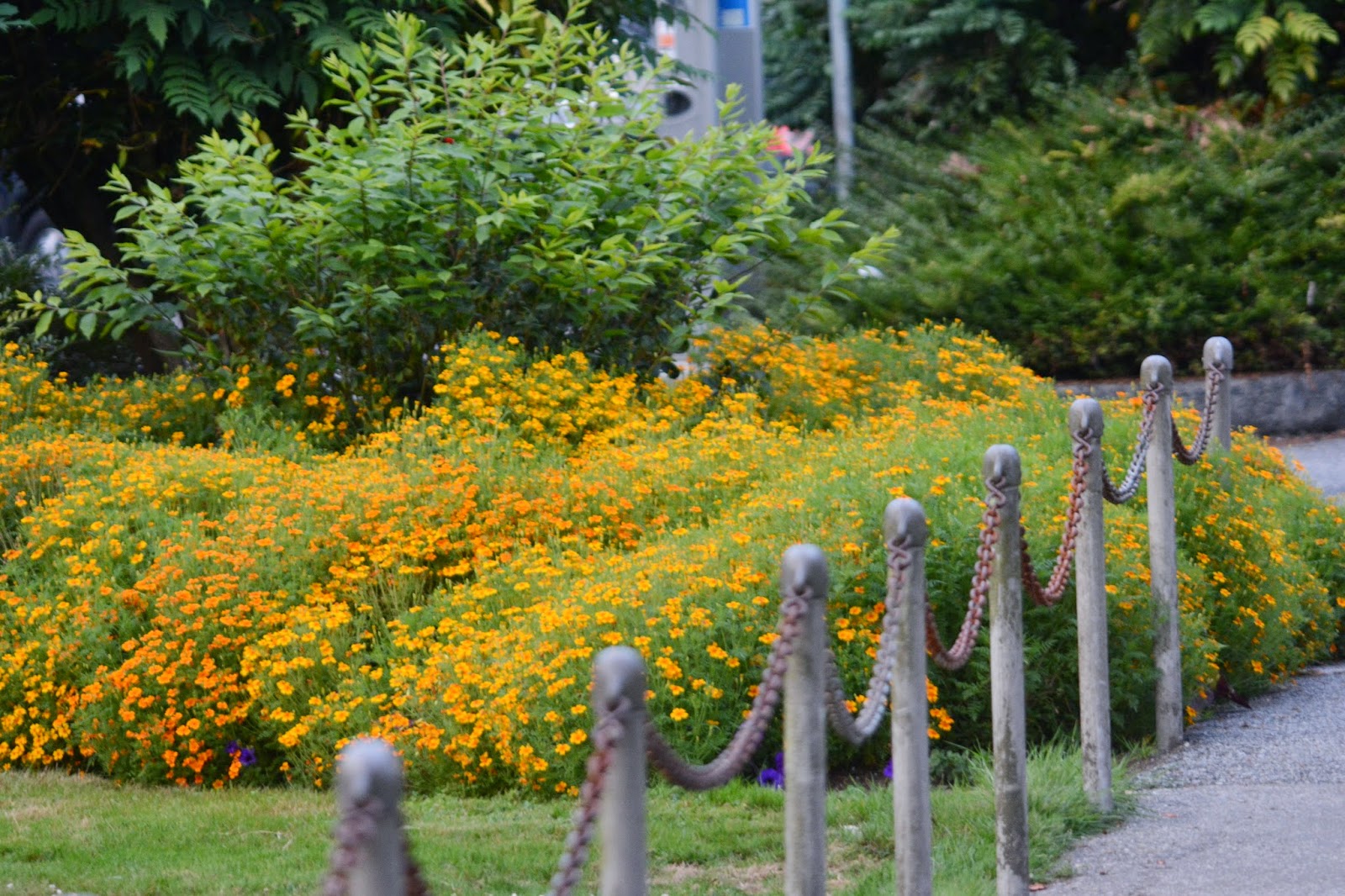 as did these striking flowers that I'd love to identify.. 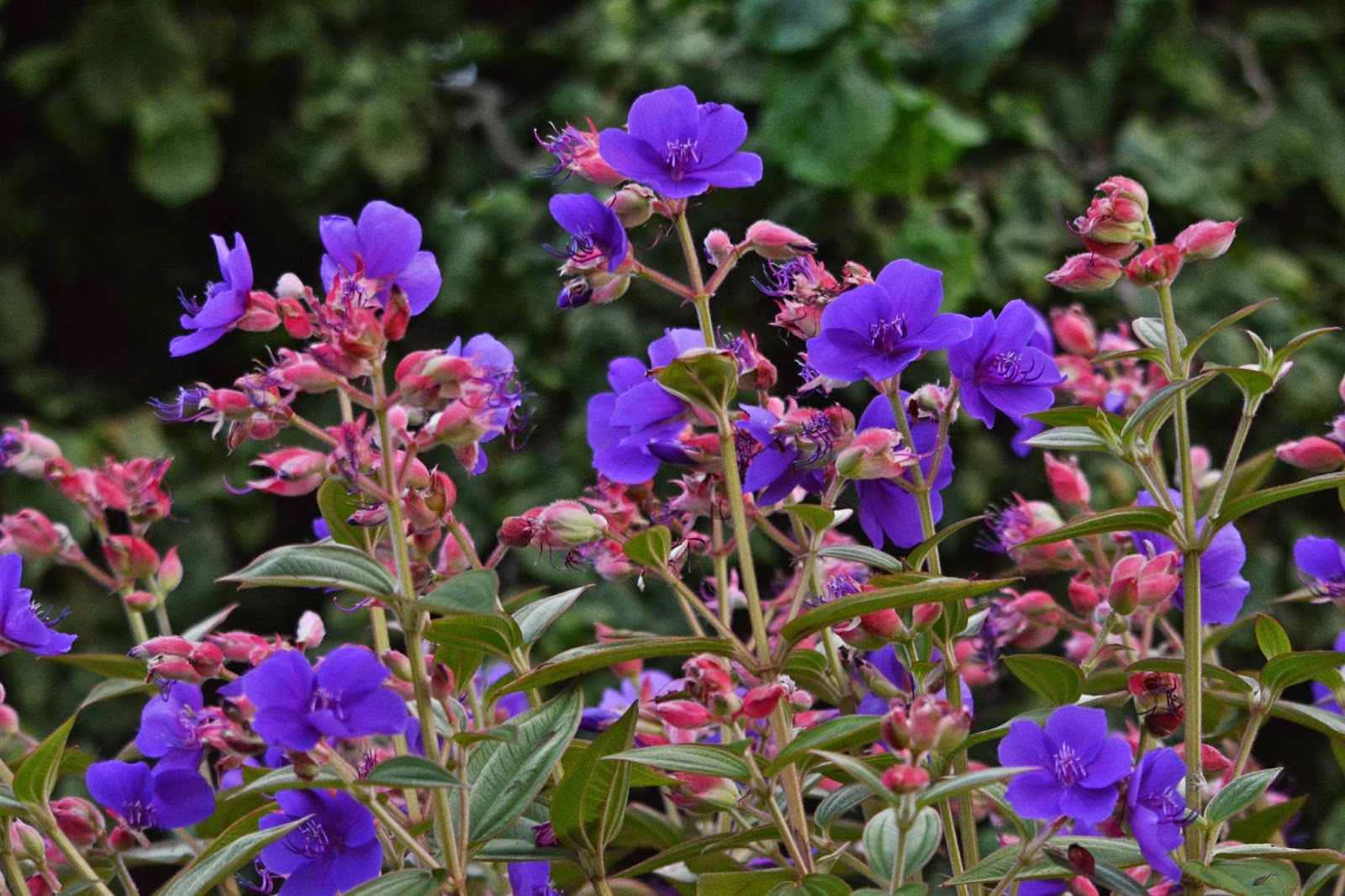 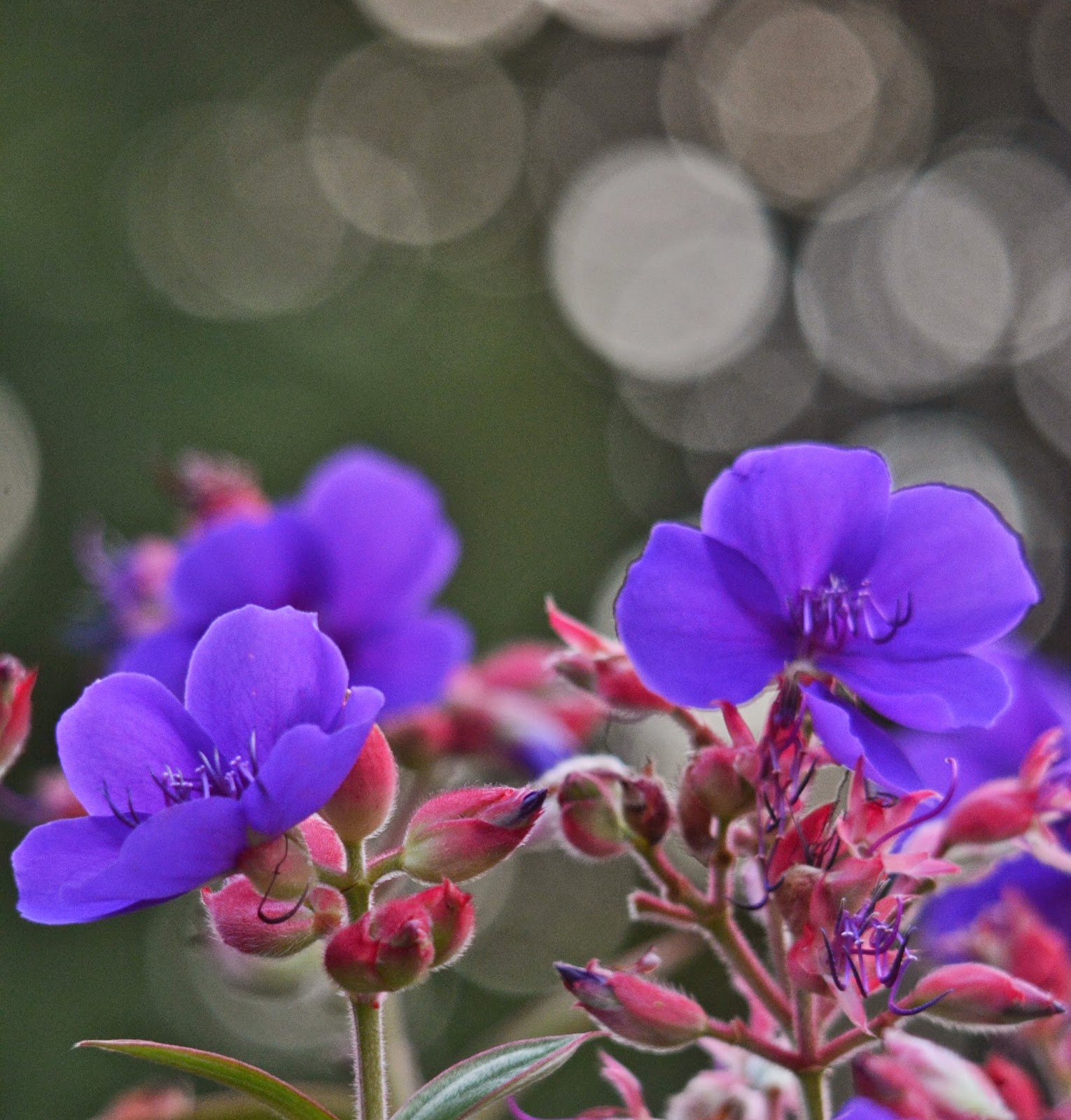 We stopped once more on the way home, to admire the sunset.. 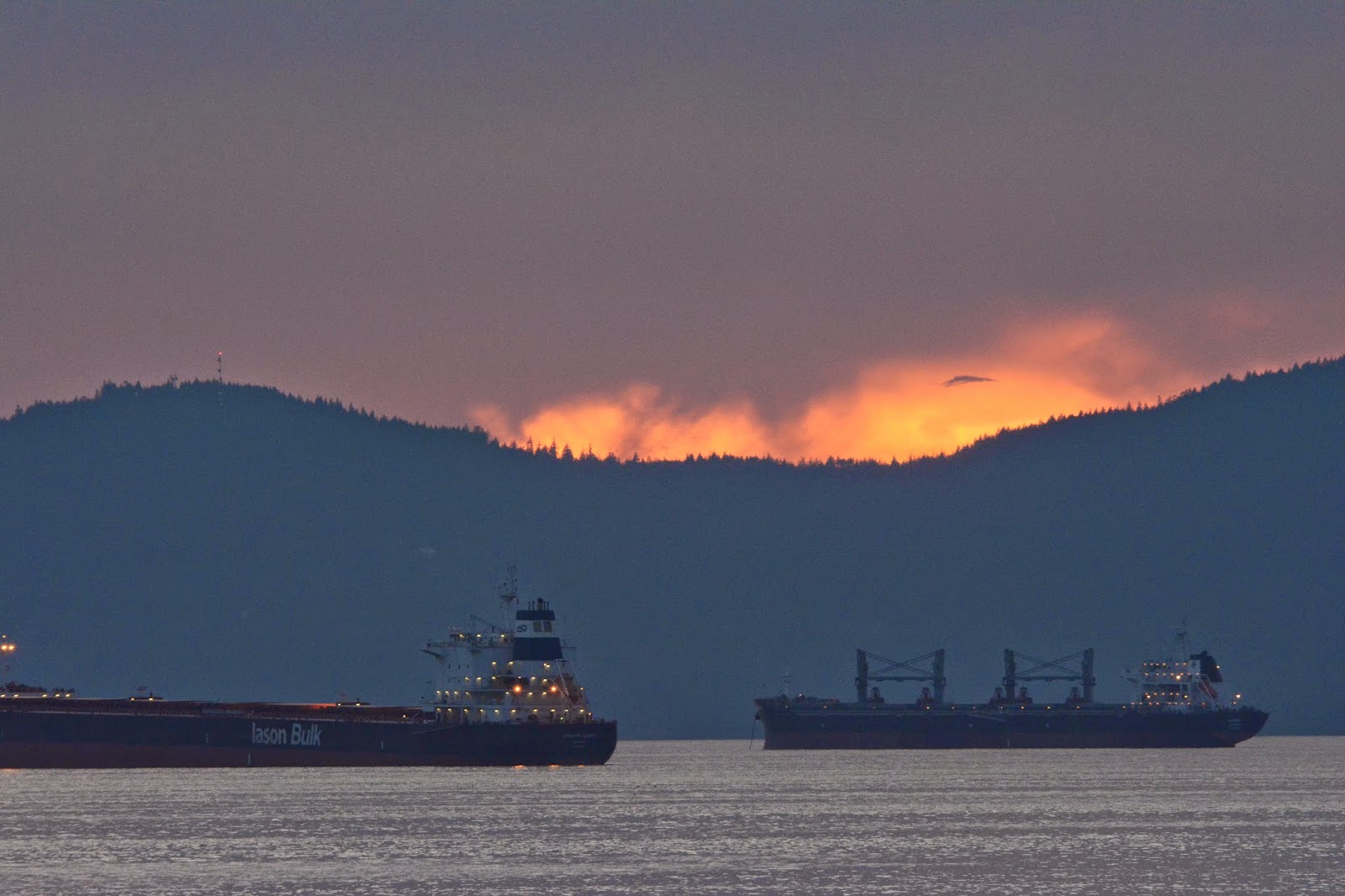 and the English Bay Inukshuk.. 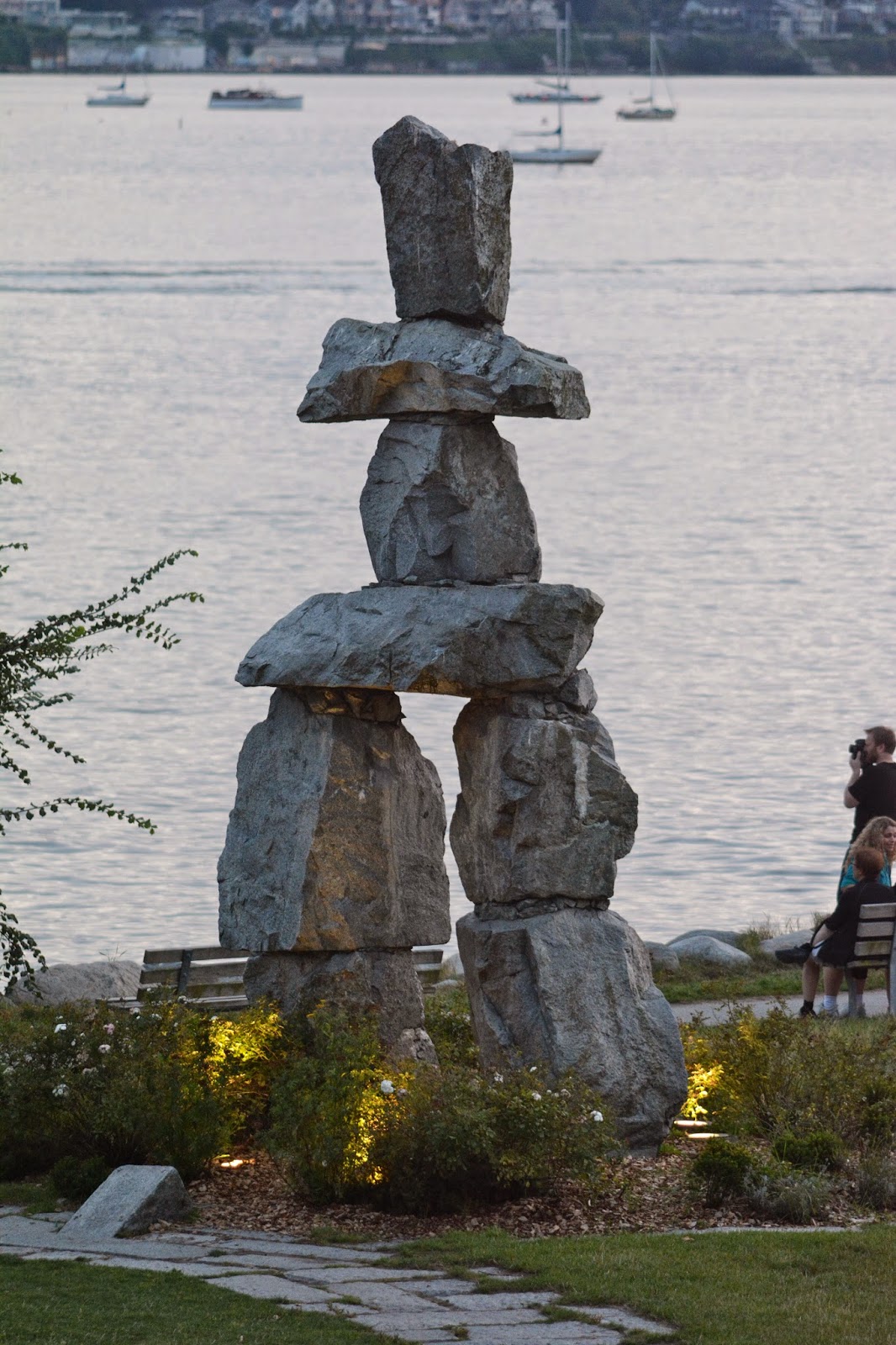 at least, Bill and I did that.. not so sure about Black Jack :) 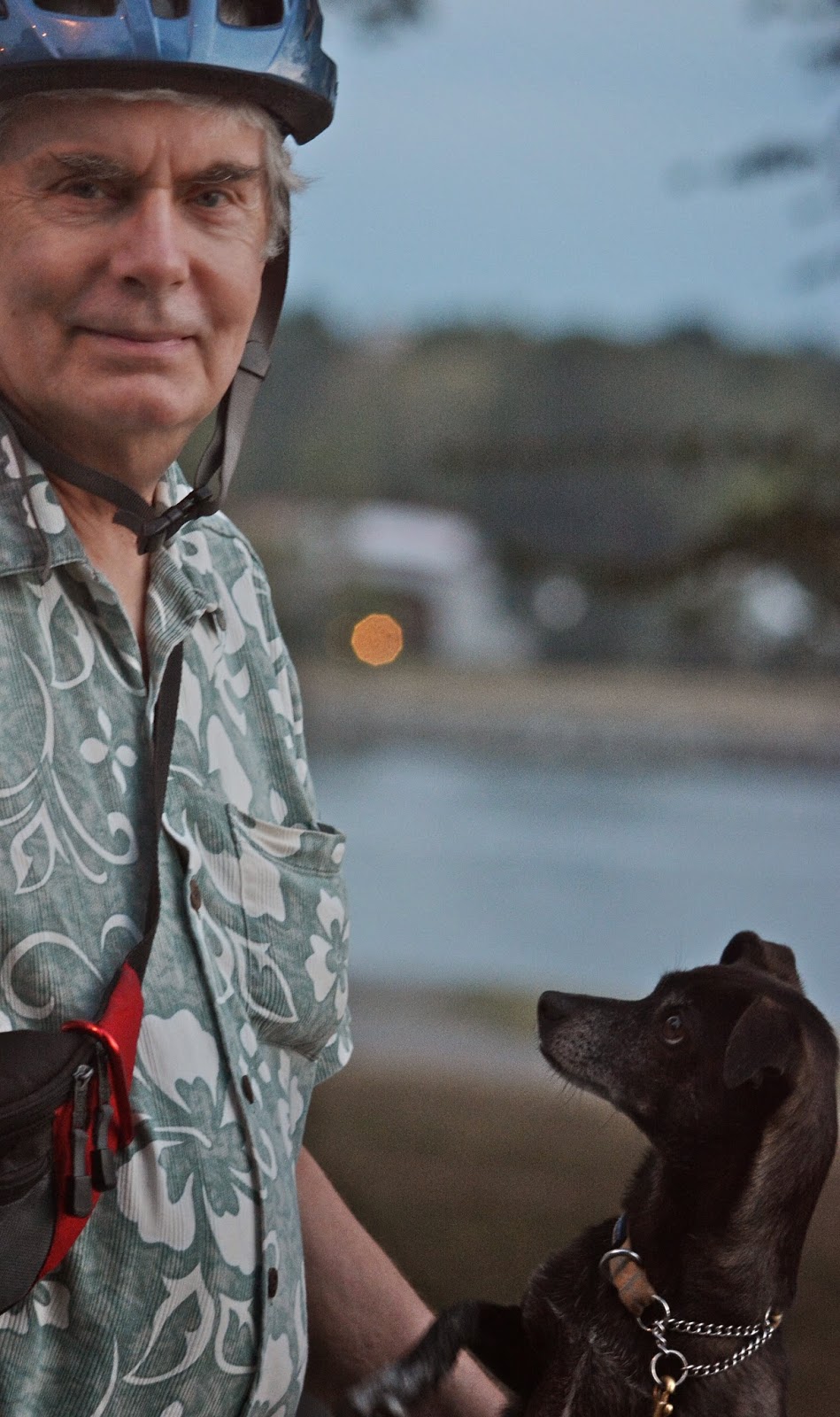 My last shot of the day left a feeling of tranquility that lasted through to this morning.  That's gotta' be good :)  Have a very happy Tuesday, everyone.  Many thanks to the wonderful volunteers at Our World Tuesday.