Little things made me happy yesterday, though I didn't photograph all of them since rain was falling.  It was a gentle and rather refreshing rain and we were still able to get out on our bikes with Black Jack.  I'll Share the Joy with Meri's meme, with my thanks to her for hosting.

We began with our regular visit to Harrison Galleries.  Some new paintings were on display. I liked these two very much. 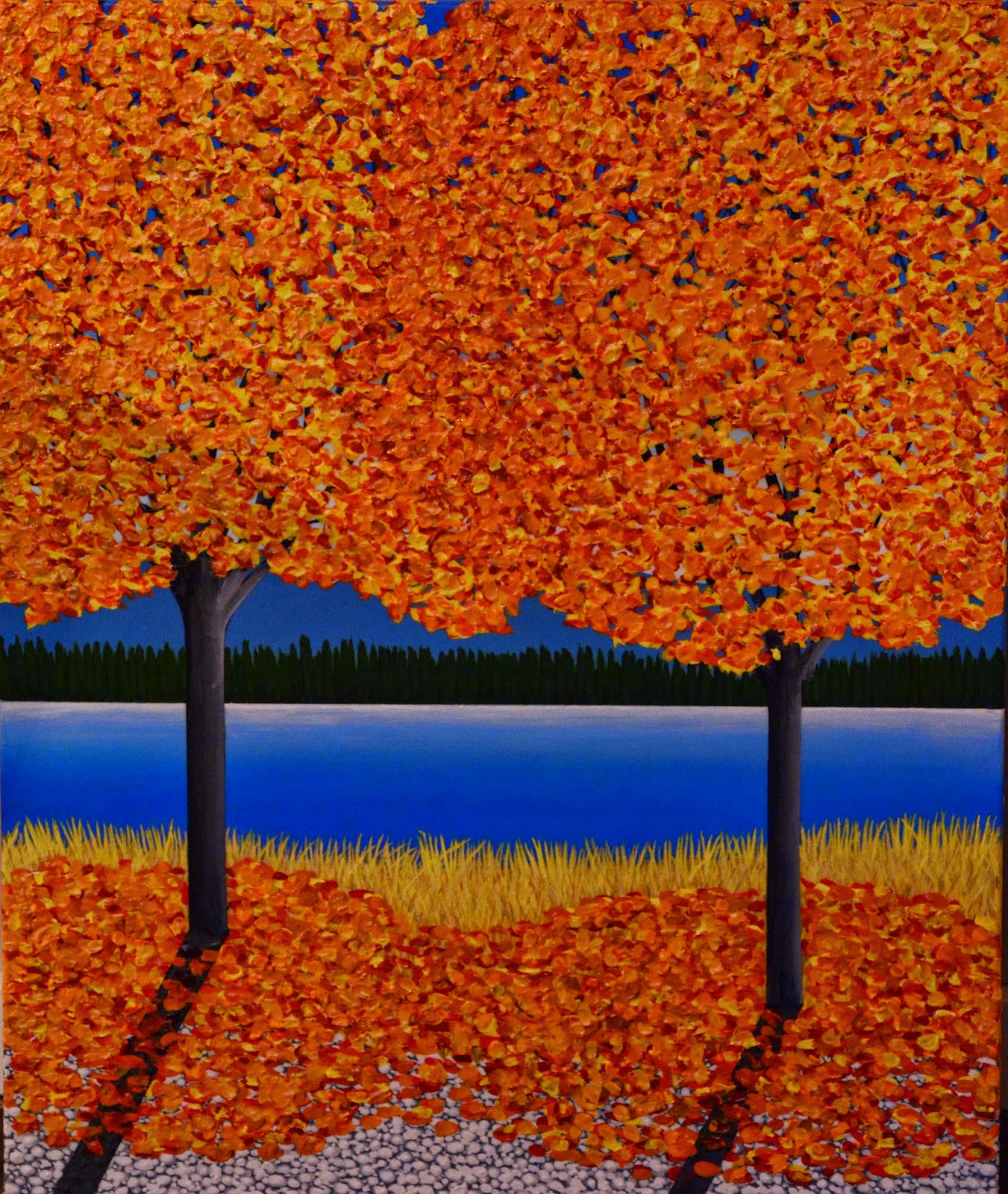 They are by David Silvercloud, a Vancouver artist. 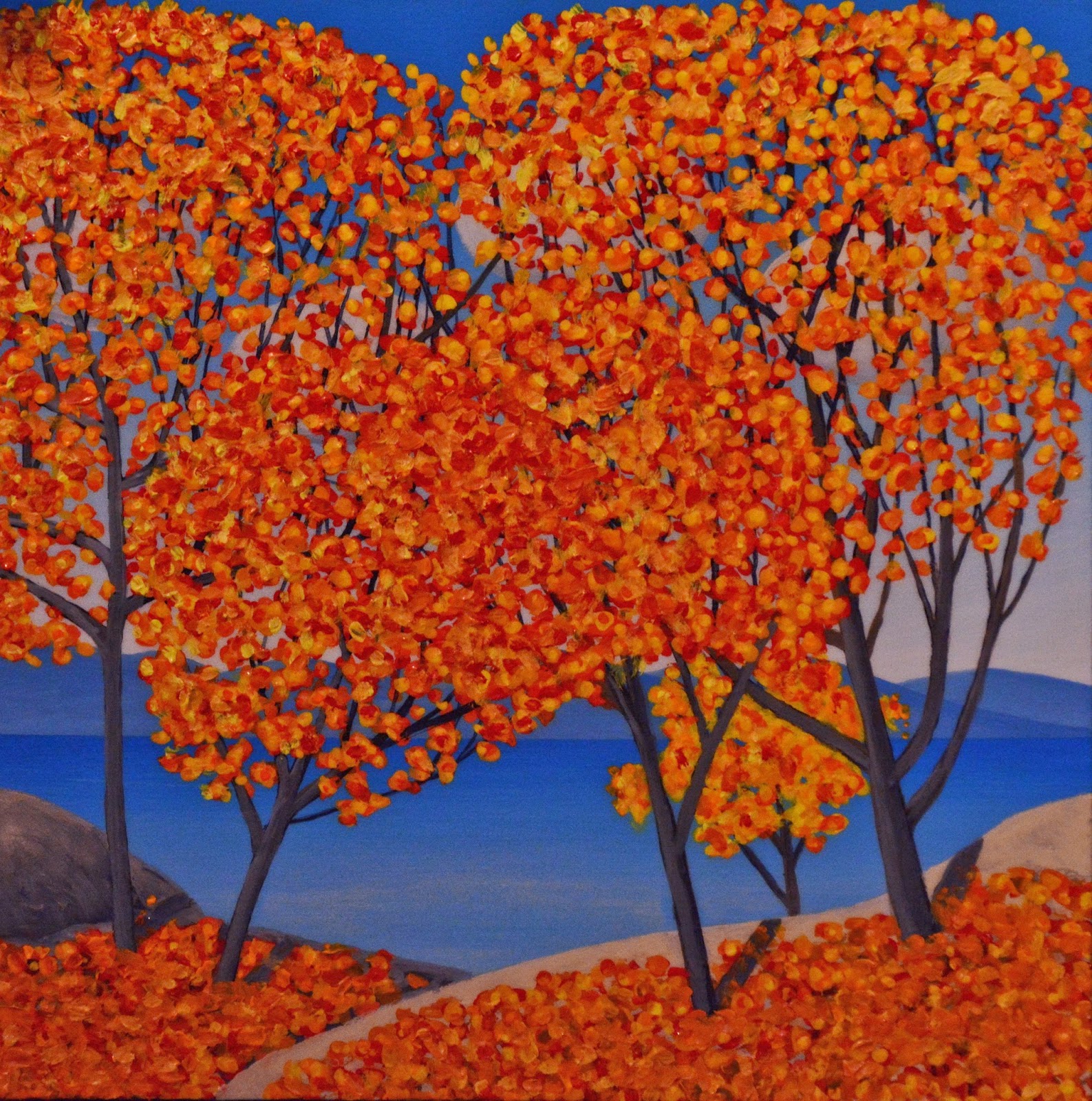 These next two had interesting textures.  I'm not sure if they.. 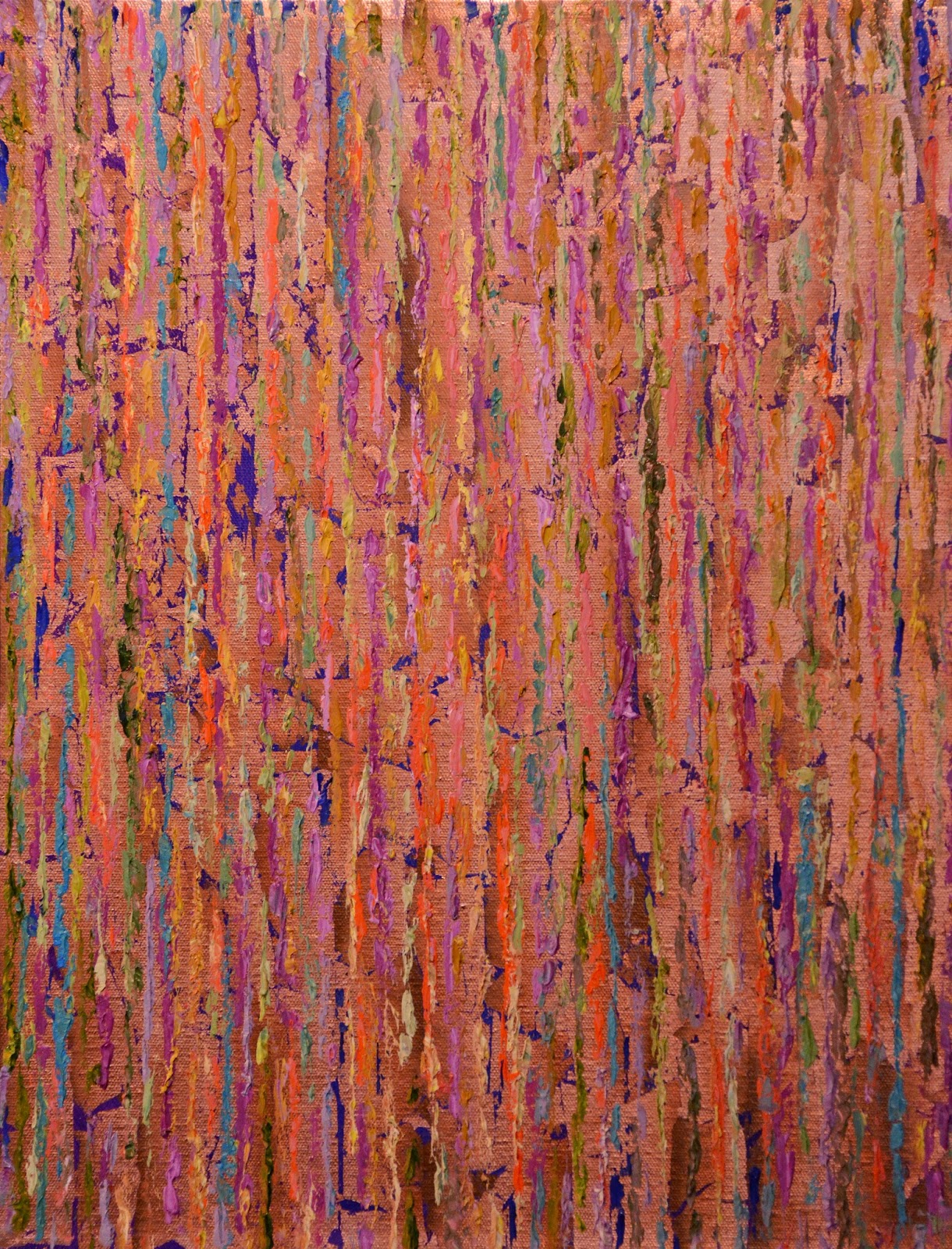 are by the same artist. 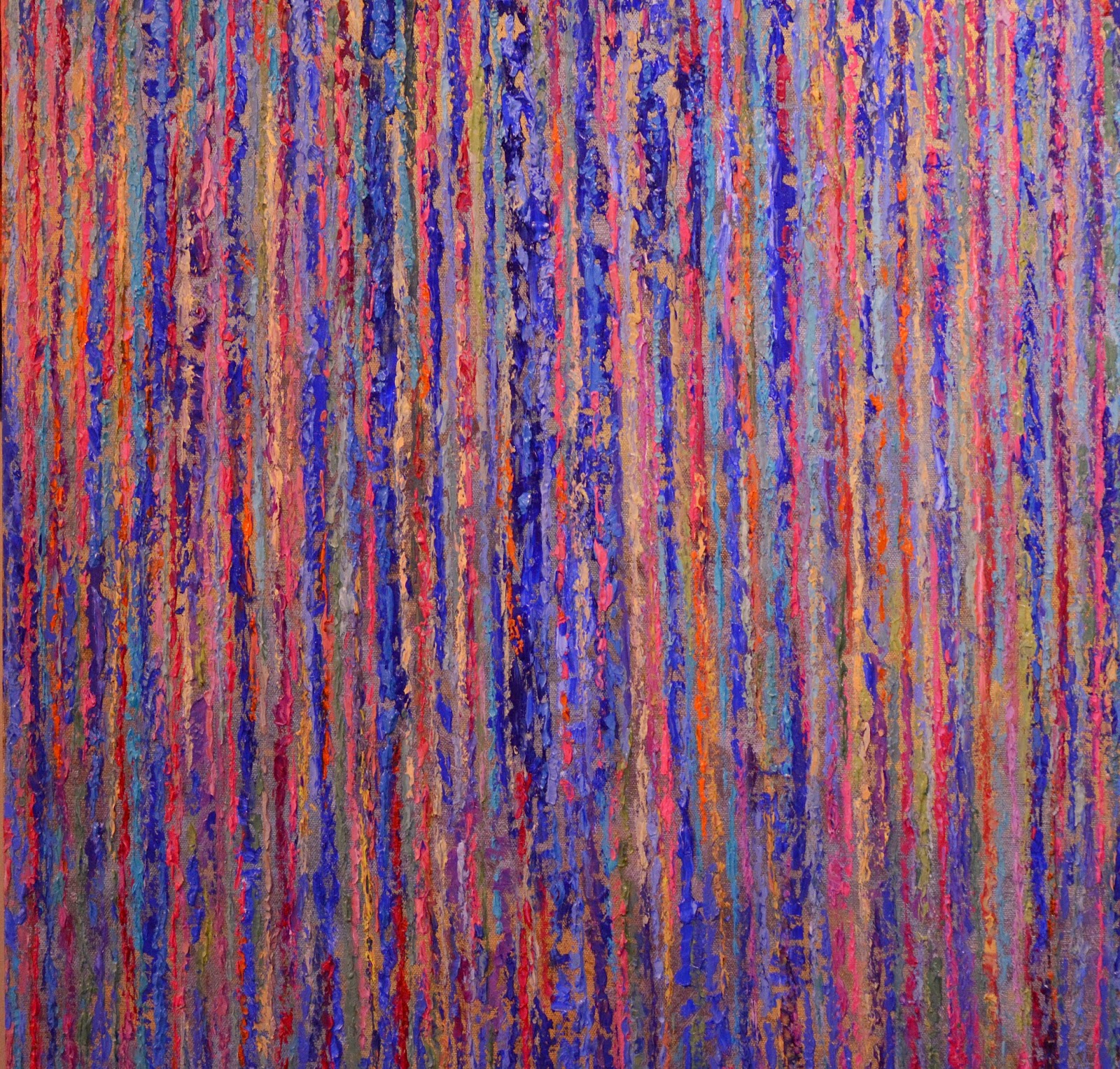 We left the gallery and biked to George Wainborn Park.  One of my favourite memories was of Bill running around a big boulder with Black Jack "heading him off at the pass" in great glee.  I didn't get pictures of that as I was busy running around a tree at the other end of the park.  The three of us had fun and a slightly changed-up form of exercise too :)  On the way home, we had to stop along the bike path as a movie shoot was happening.  I haven't been able to find out much info about it.  I think at least one of the stars is in the group of four standing under the umbrella and a reflector.  We were told that the title was something like "Love Surprises" and that it might be a Harlequin Romance style movie made for television. 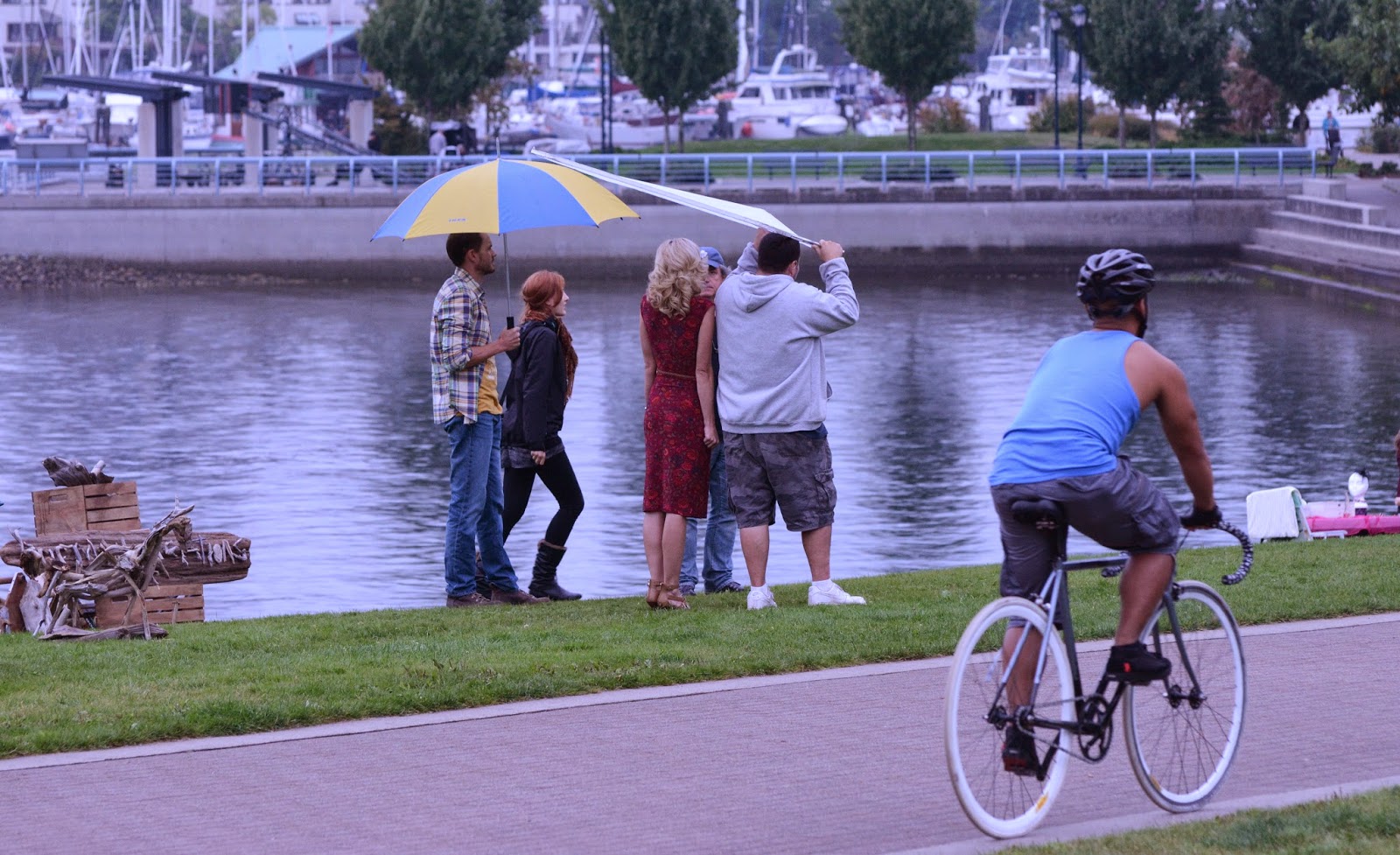 No matter the quality of film, I am always fascinated to see how much work goes into every scene.  Cyclists are continuing on their way here.. 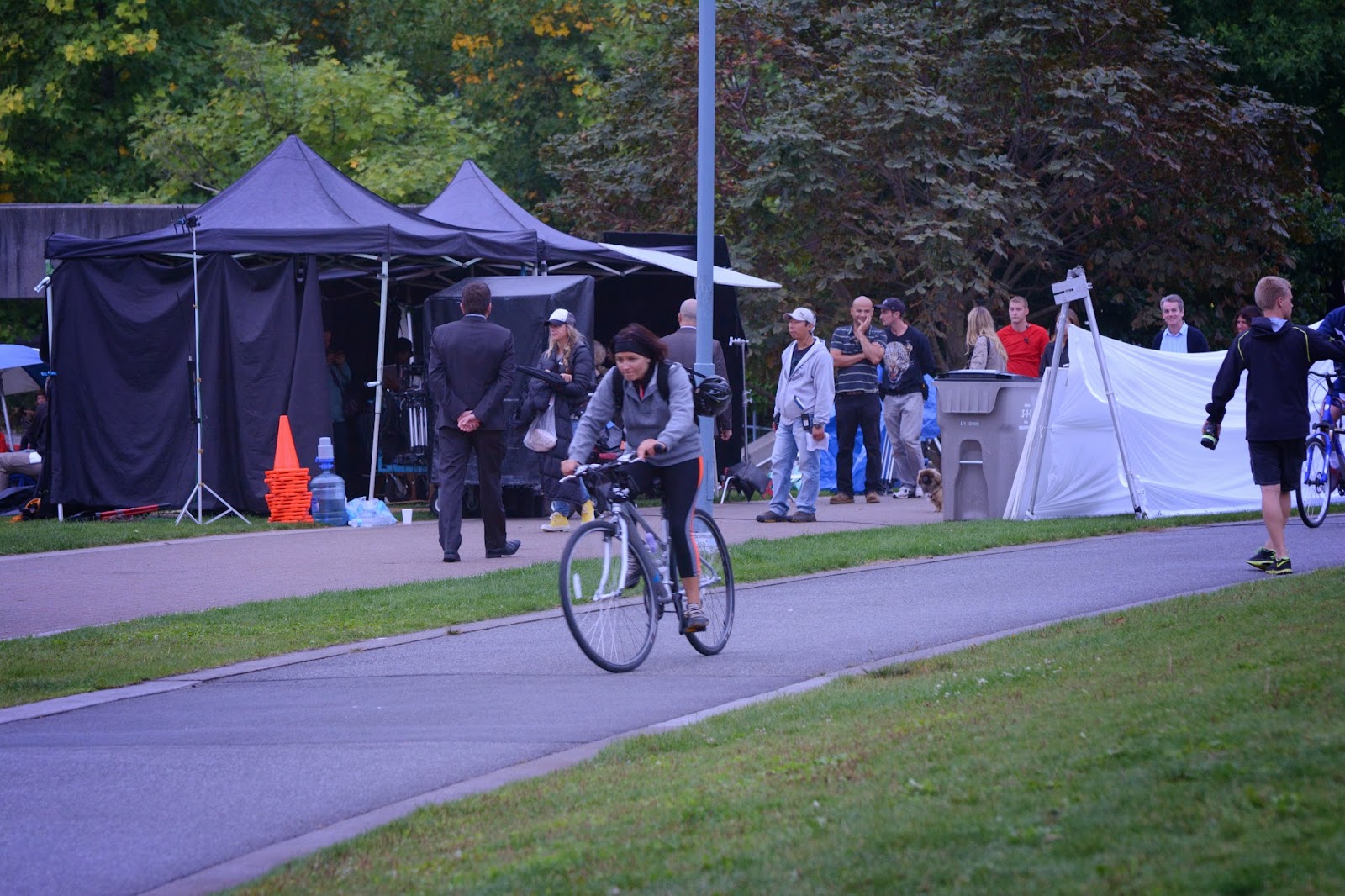 as the crew begins to wrap up production for the day. 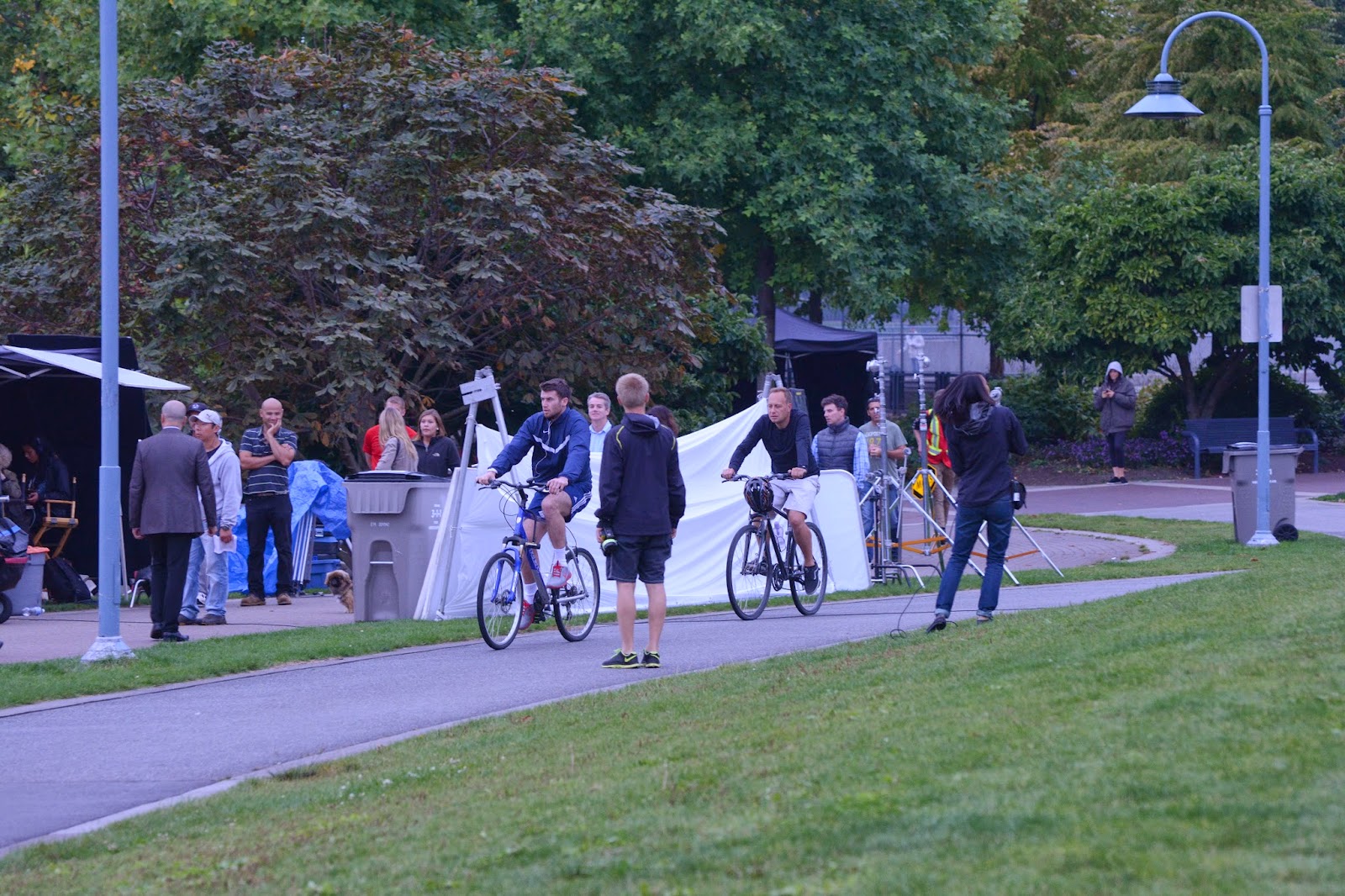 While some have a lot of legwork to do, I've been told.. 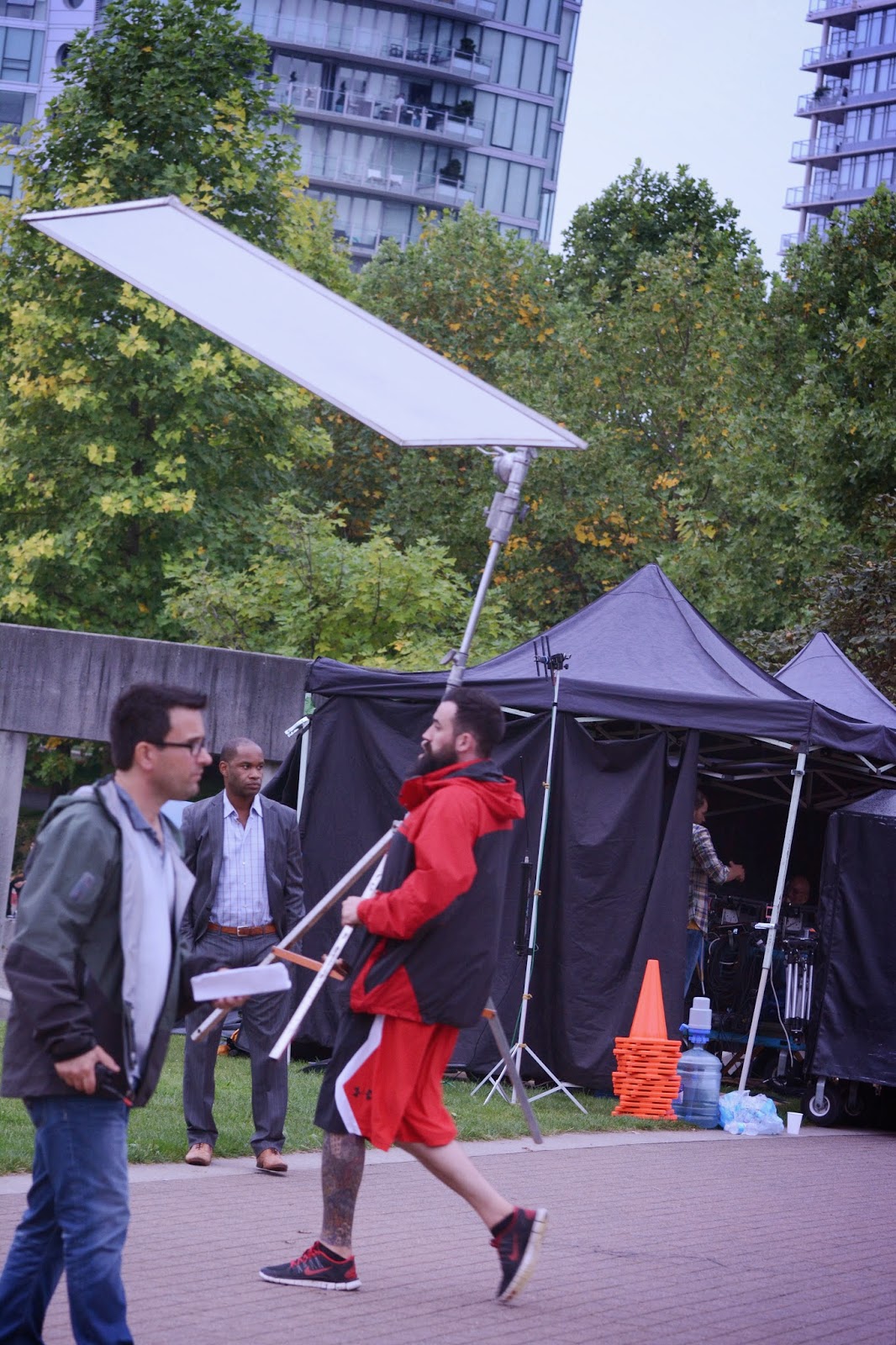 others have to stand around for long hours, waiting for their moment to kick into gear. 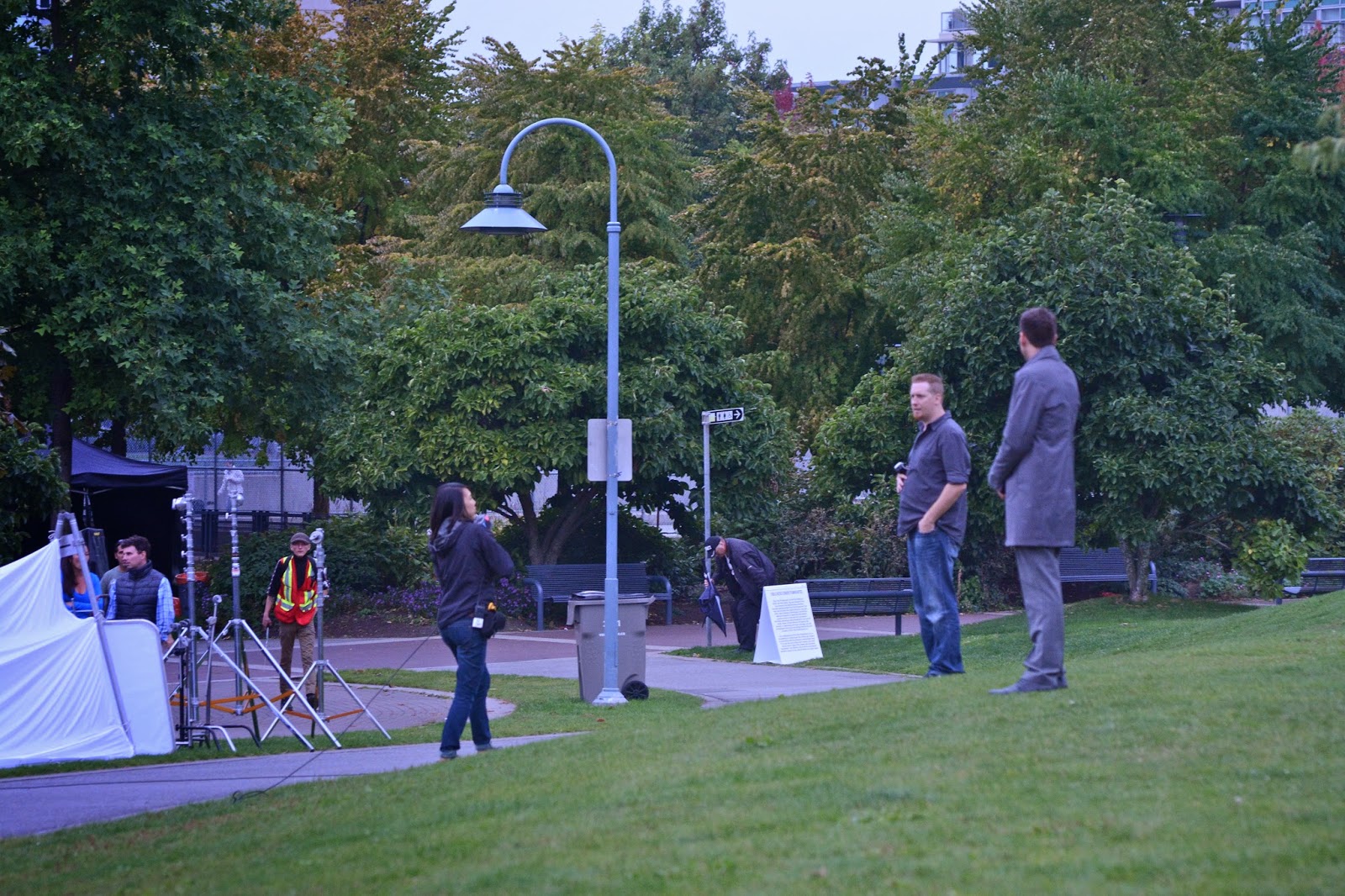 These were a part of the set, 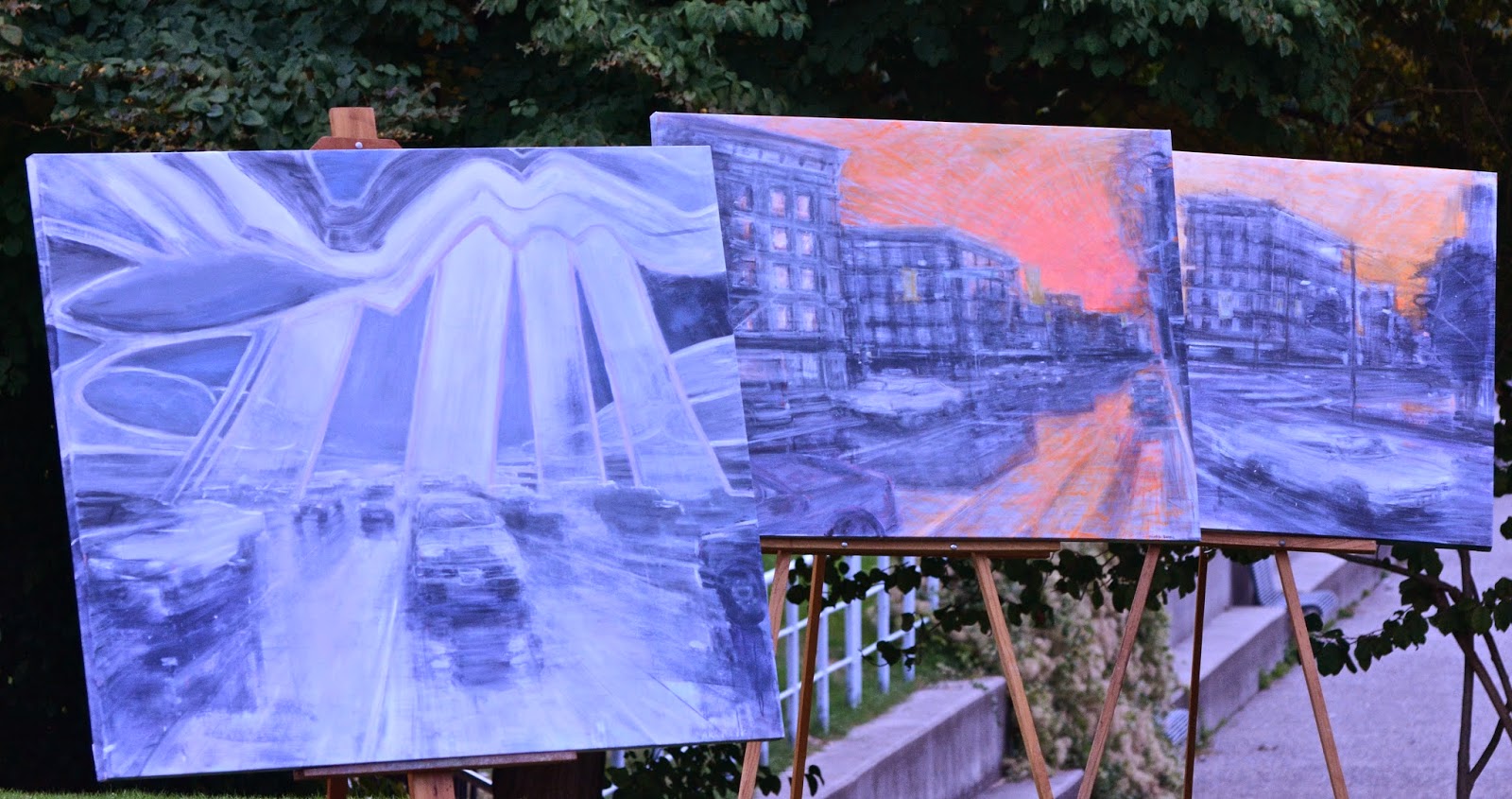 and fascinating to see lined up where dogs usually play. 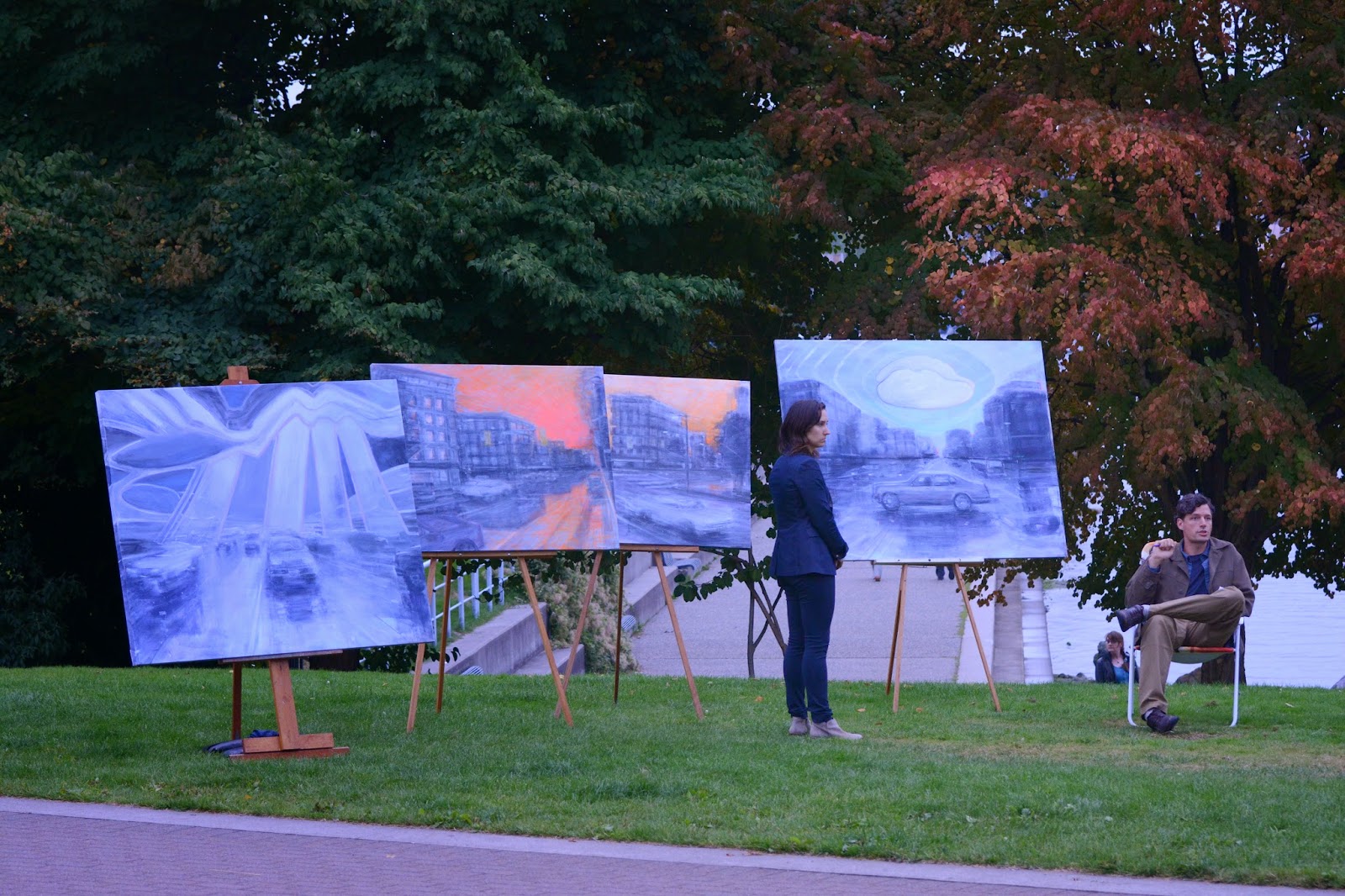 No one seemed worried about protecting them.. 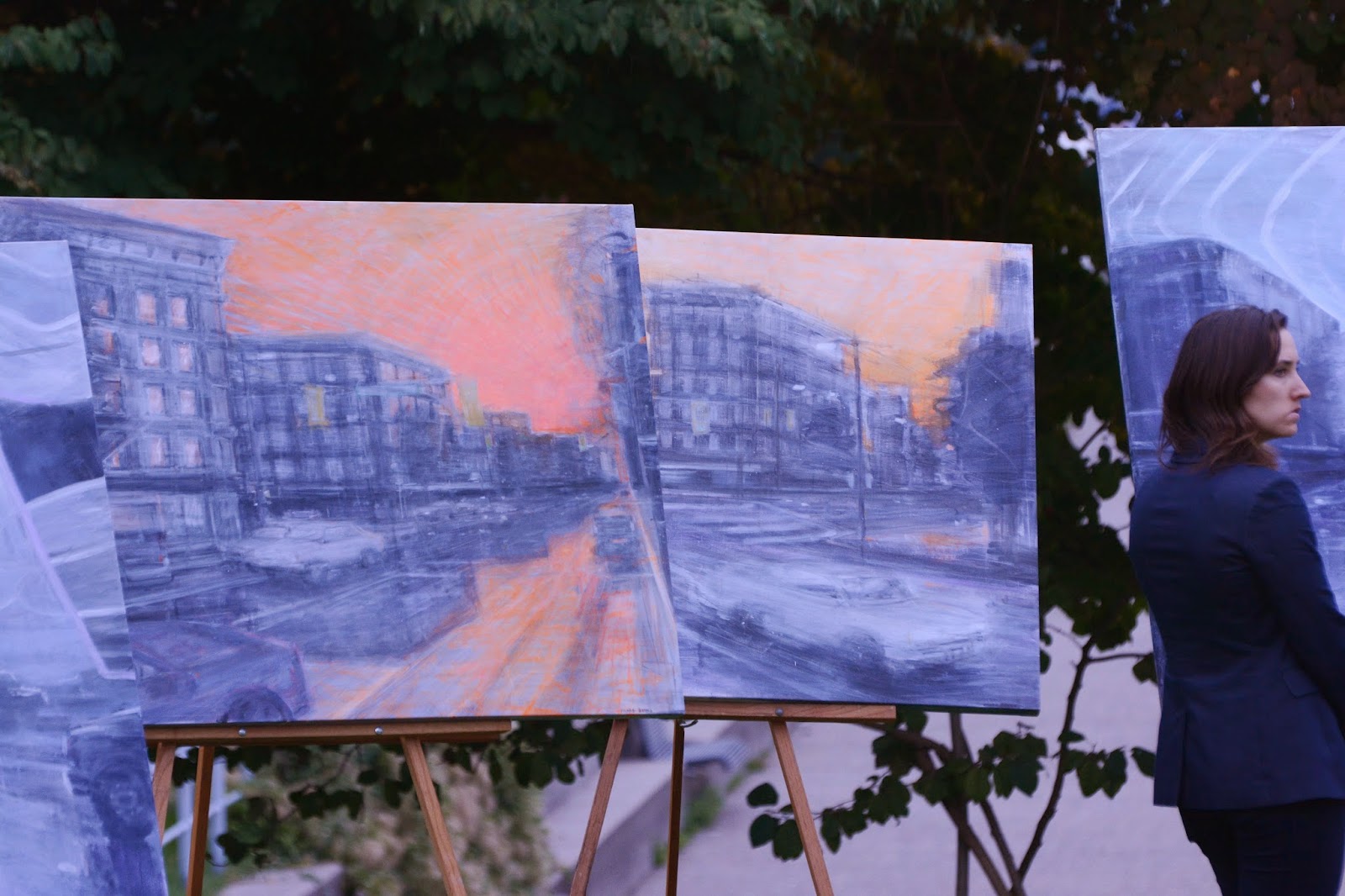 from the light rain.  Perhaps, their job was over for that particular film, but it seems a little sad to let them waste away.  I rather liked them. 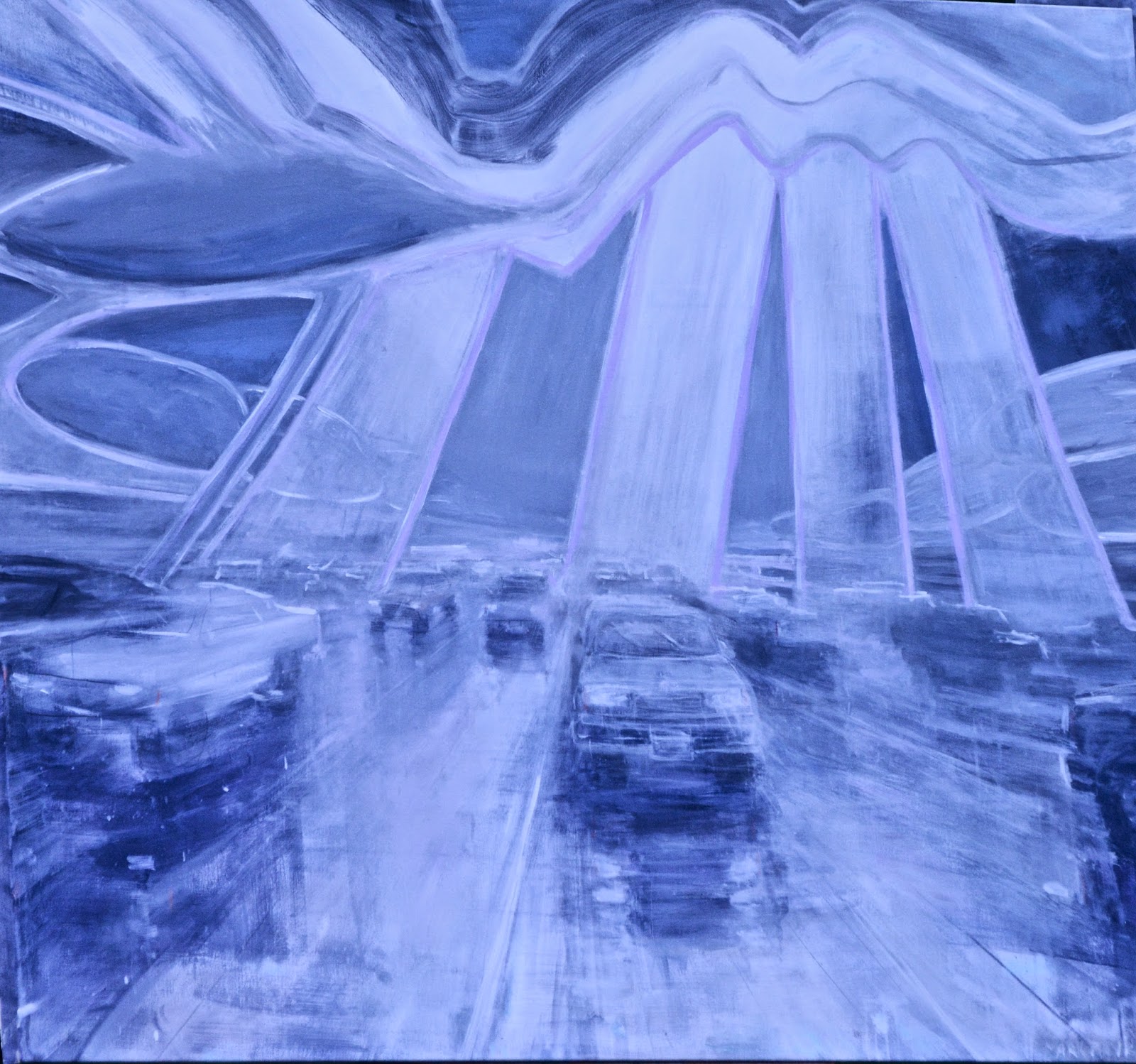 My favourite part of the set, though, were the driftwood.. 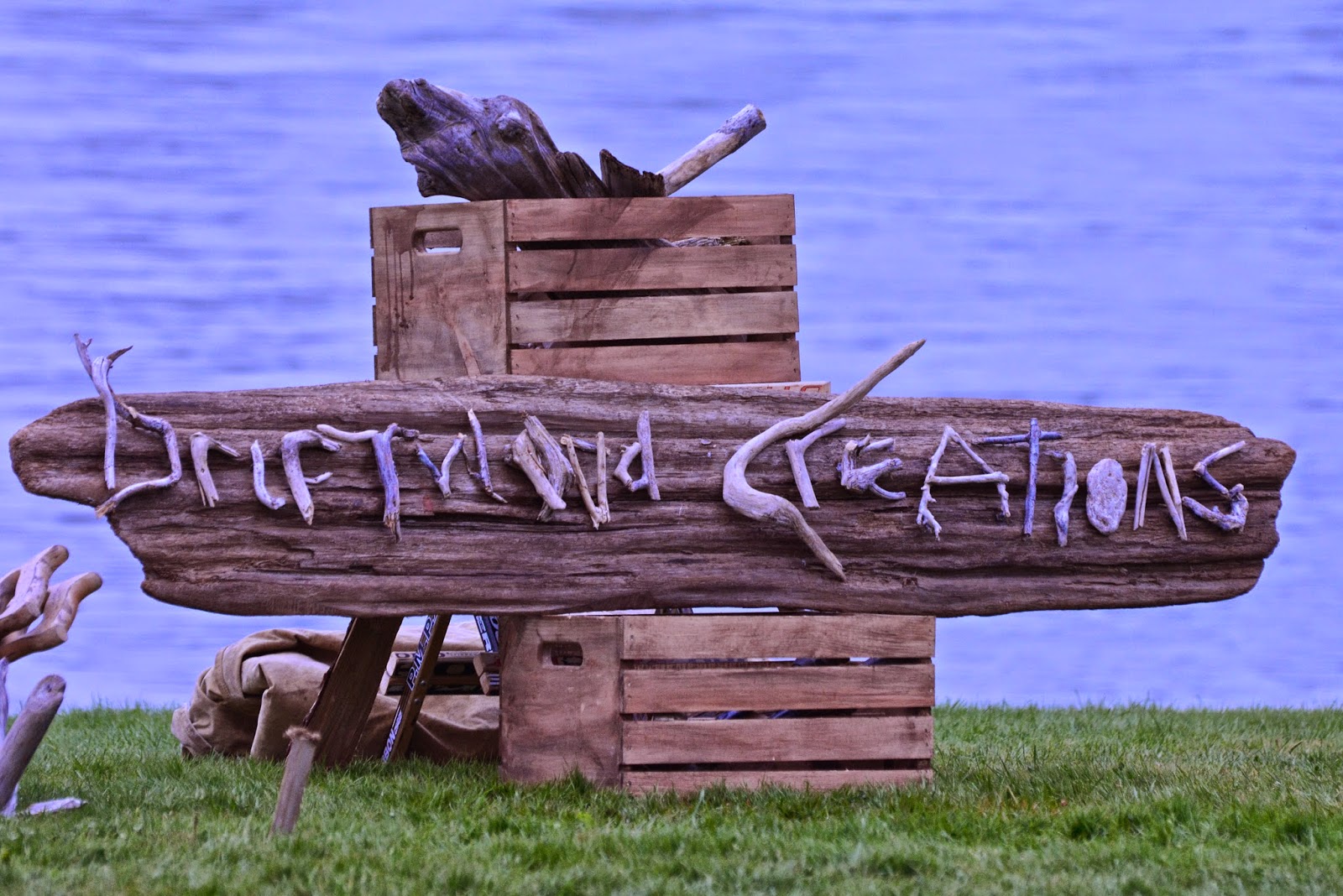 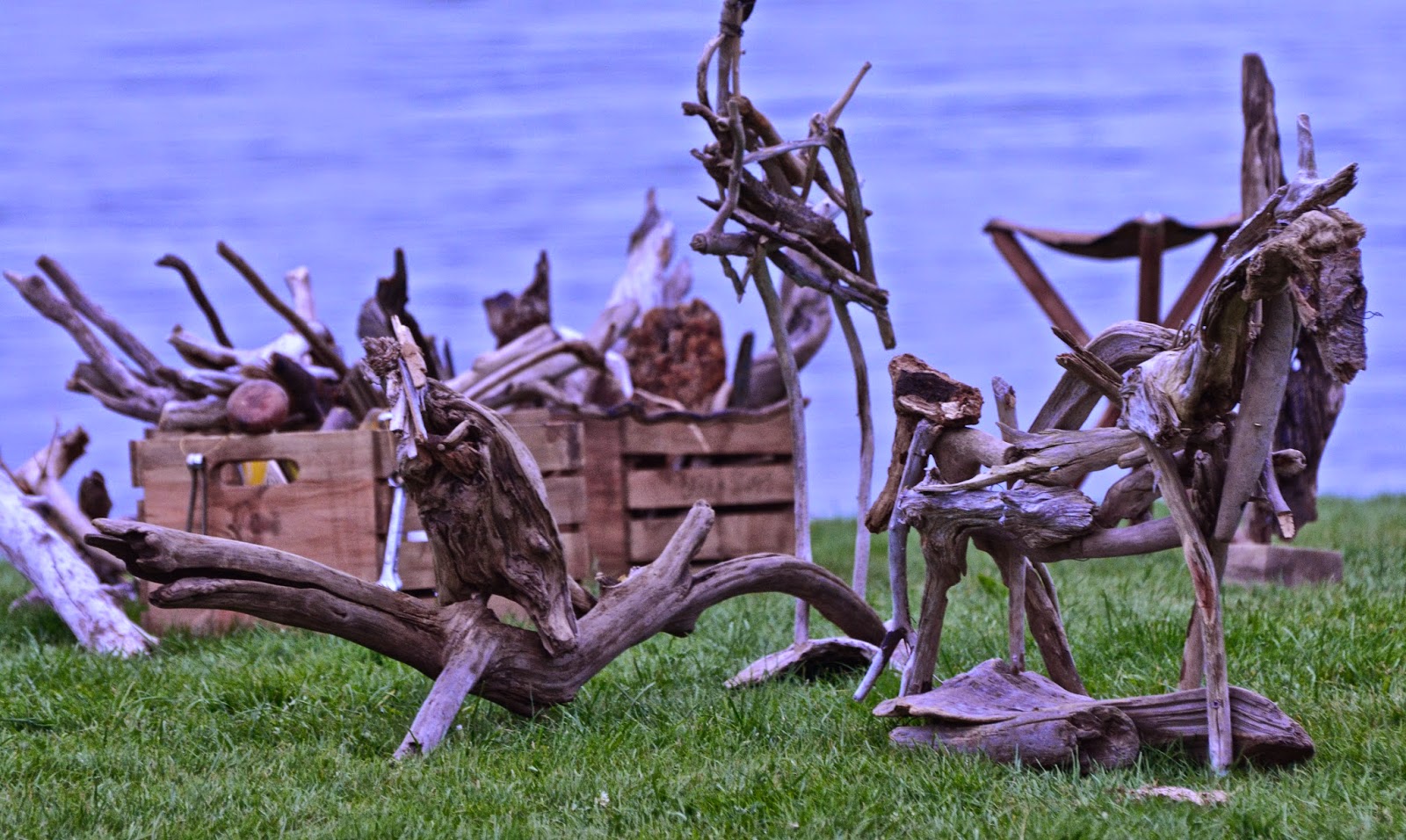 It was fun to see our "home" park with a new twist, even if just for a few hours.  I bet Black Jack and Bill could have had great fun with this one :) 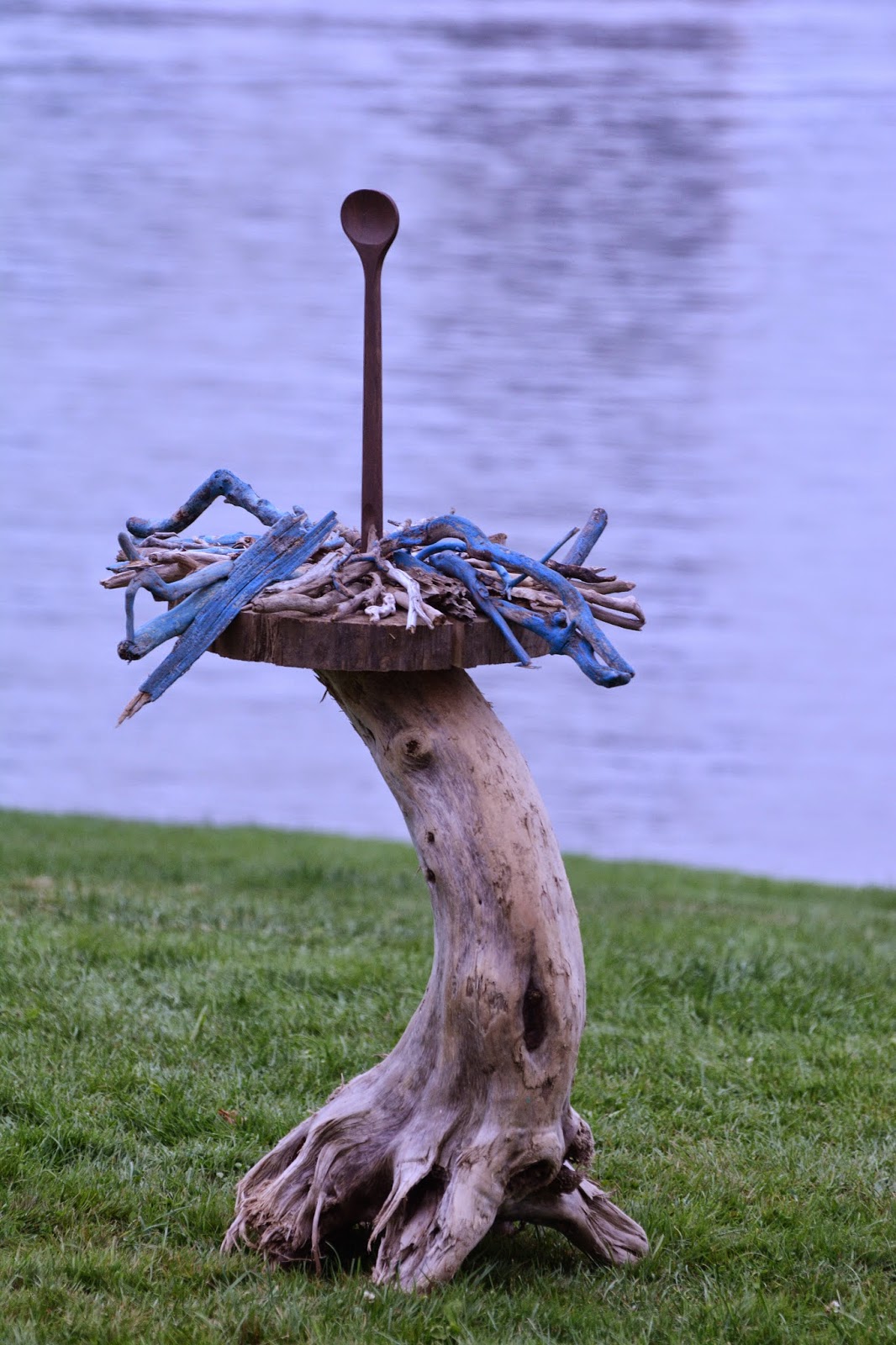 Bill remarked on this sign.  He found it highly amusing, and I had to agree that "throughout the universe, in perpetuity and in any language" covered just about all possibilities :) 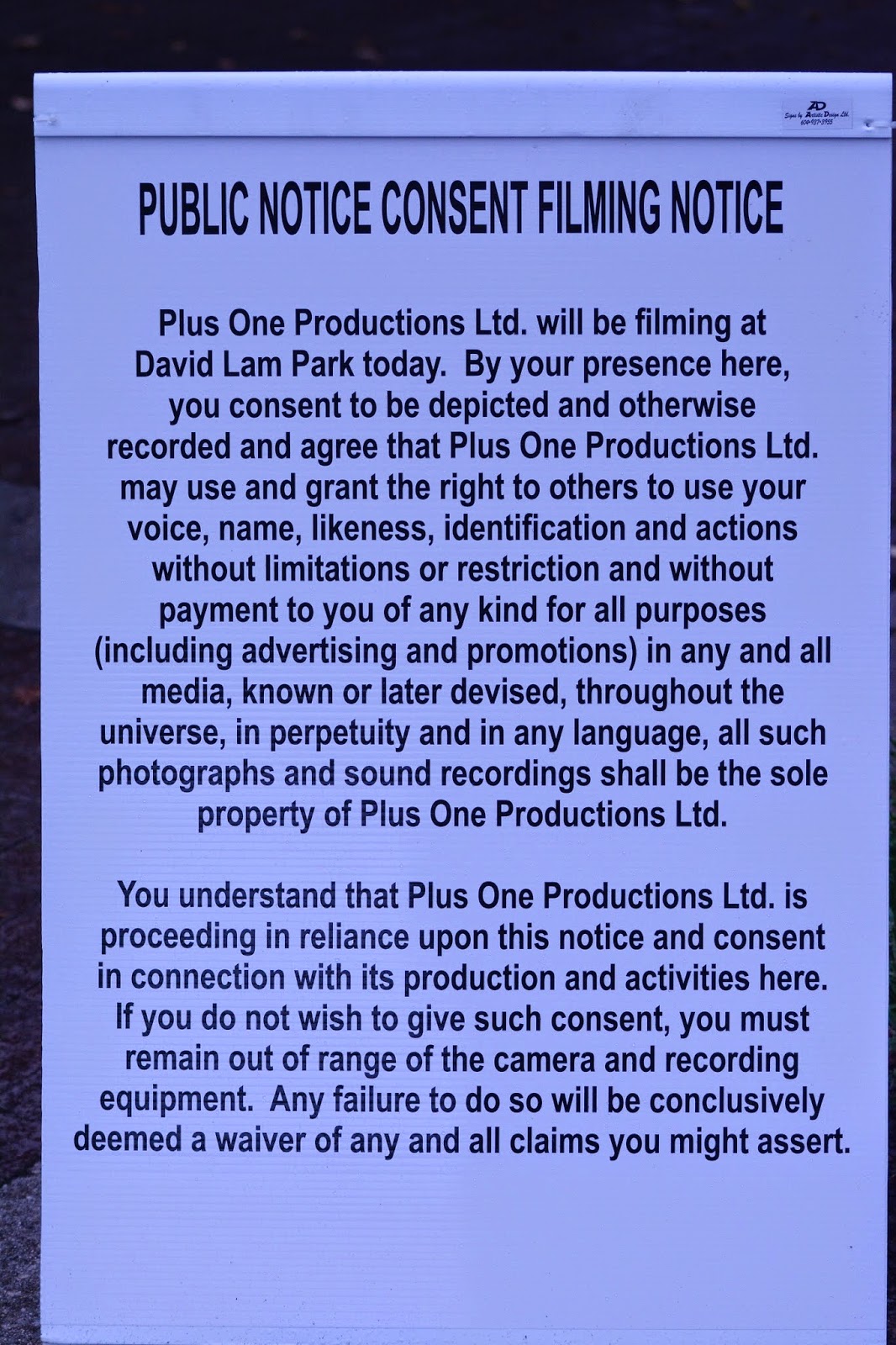 Thanks, as always, for stopping by.  Perhaps you have some small pleasures of your own that you would like to share with Meri's meme.  Happy Thursday!
Posted by Black Jack's Carol at 9:54 AM