I have tried to express my thoughts about the importance of Remembrance Day every year since beginning this blog.  Here is the 2012 post, with links in that one to some of the other years.  It was the most important day of the year for my father.  My mother, sister and I understood that, though the reasons for his insistence on getting things right (my mother helped prepare and serve a lunch for the veterans, my sister shone his medals, and I, his shoes) have come a little clearer each year since.  They are all the more painfully felt this year, with the recent deaths of Warrant Officer Patrice Vincent  and Cpl. Nathan Cirillo on Canadian soil and in the knowledge that soldiers in Iraq are presently facing a daunting mission against Isis.  We remain a long distance away from my dreamed-of goal of world peace but I refuse to give up hope.  In the mean time, my fervent appreciation goes to those who have given their lives for the freedom we enjoy in Canada. Today, Bill and I will make our way to Victory Square and we will remember.

Sharing this post with Our World Tuesday, with gratitude to Arija, Gattina, Lady Fi, Sylvia, Sandy and Jennifer.

Yesterday evening, my sister sent an email with a photo of our father's medals.  She included these words: "Shined up for another year.  I love you." 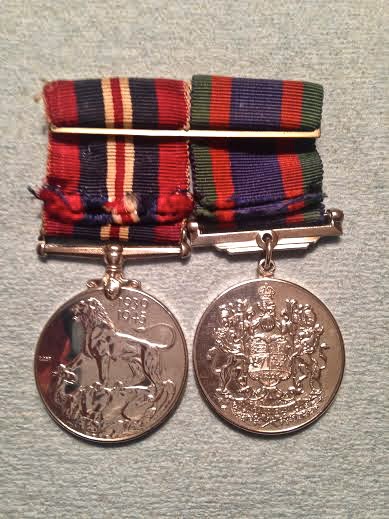 It meant the word to receive her message.  I wrote back, asking if I could post the photos.  Her reply meant the world too: "Of course you can post. Dad was so proud of those medals. He was a L/Cpl in #4 Coy R.C.E.M.E. (Royal Canadian Electrical and Mechanical Engineers) when he was discharged at the age of 43 in May 1946. His age was the reason he was never sent overseas although he would never admit that. Lucky for us that he was too young for WW1, and almost too old for WW2. Still love you." 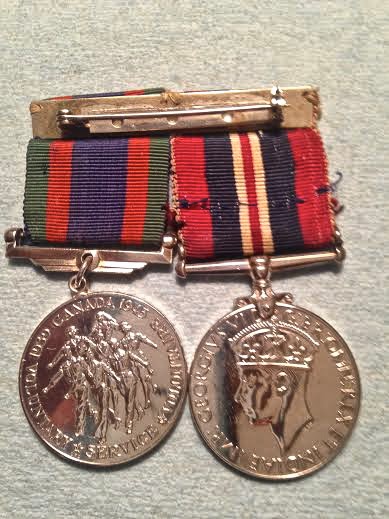 Here's my dad in his "Sunday best" and.. 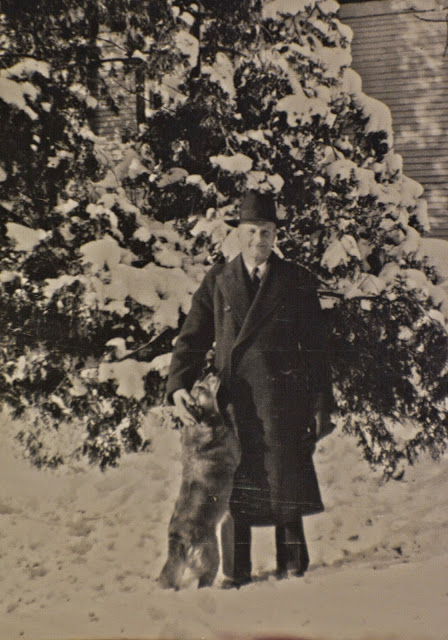 here he is, taking a break from working on his cars to talk with a young photographer neighbour.  We miss you, Dad.  We do remember. 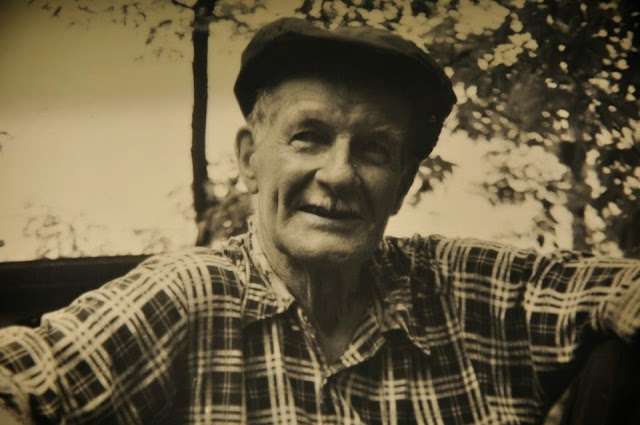 For the first year ever, I have no poppy on Remembrance Day.  They are at a premium this year but I hope we will find a cadet or a veteran with some on our way to the ceremony.  I went through my photos last night looking for poppies that I've taken over the years. 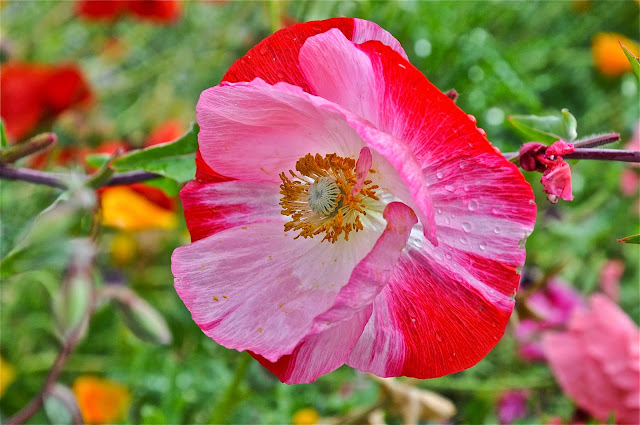 Fellow blogger, Jim Cuvelier, challenged me in a facebook post, yesterday, to do five Black and White photos over the next five days.  I experimented a bit with iphoto's "effects" and will make this my Day 1 contribution.  (JIm, if you see this, I'm running late, so will do the facebook post later today.) 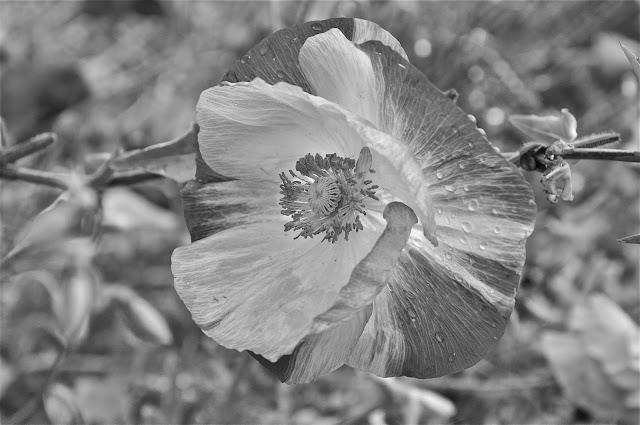 This is my sister (and only sibling) at Lost Lagoon during a visit to Vancouver two summers ago.  She has made an enormous effort to bring our family history alive for me (though she is the younger of us by 14 months).  Just one of the many reasons I love and appreciate her. 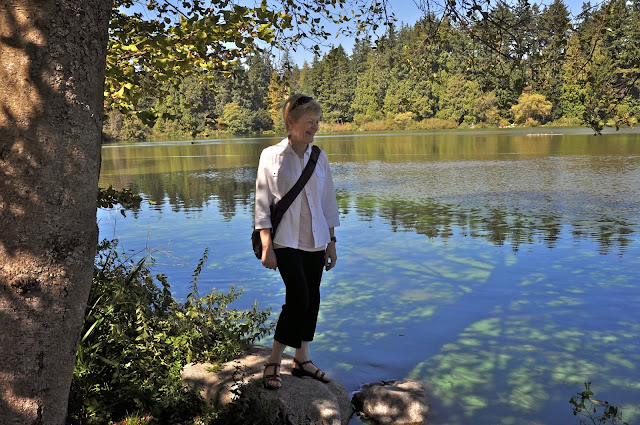 A poppy taken this past summer, waving bravely. 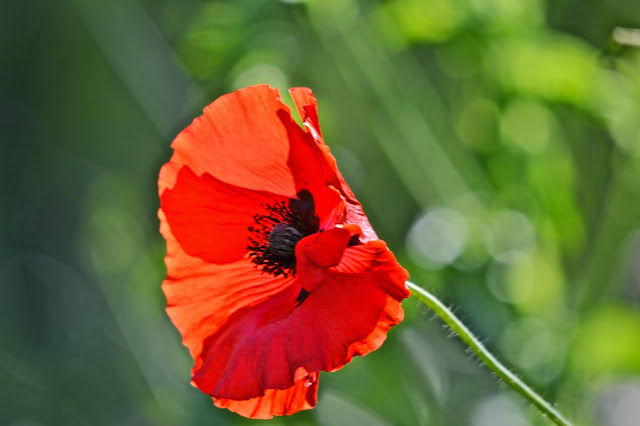 Bill and I made our way around False Creek to a point just past the Cambie Bridge yesterday.  This crocheted addition to a lookout point was new. 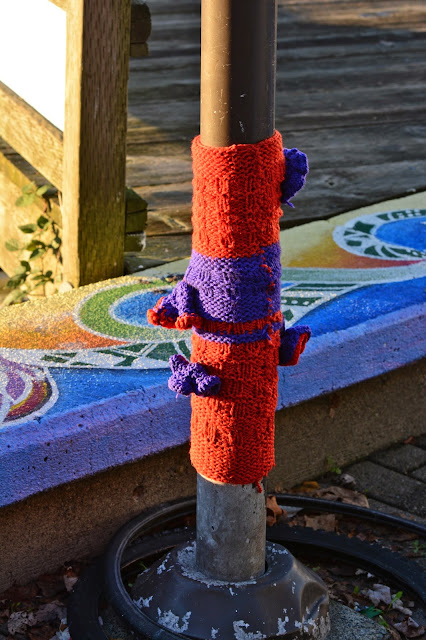 We wondered if it was meant as a remembrance. 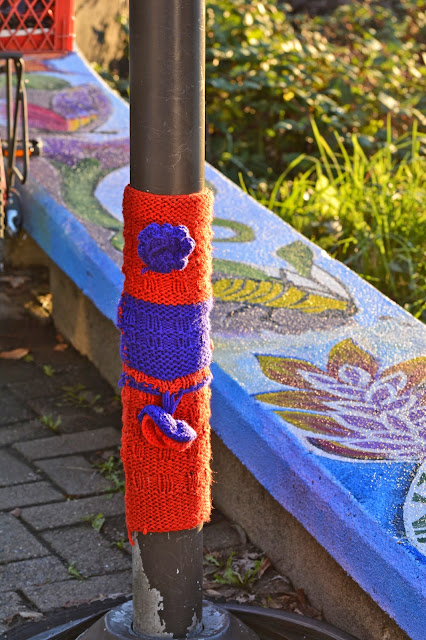 This was new as well.  It only struck me later that it could also have been created.. 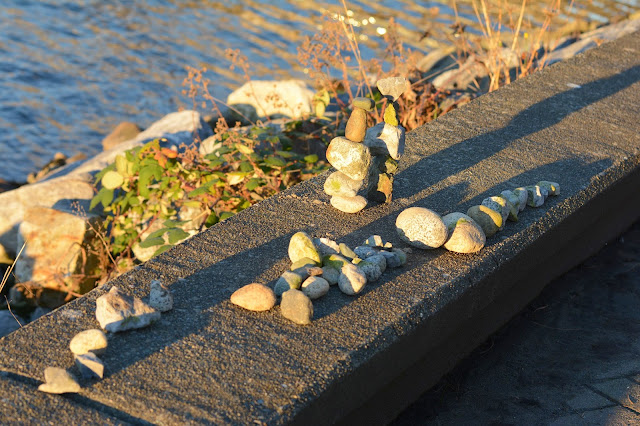 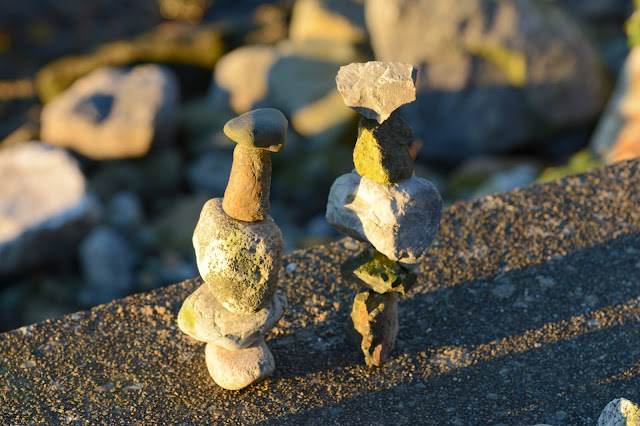 The crows were frantic yesterday and we could hear an eagle call, though we never found it. 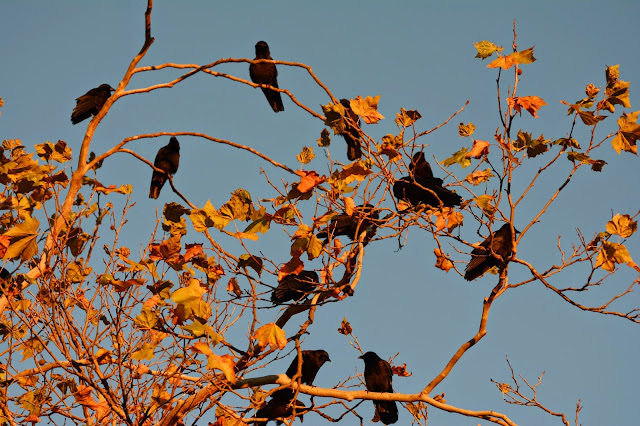 There was beautiful light.. 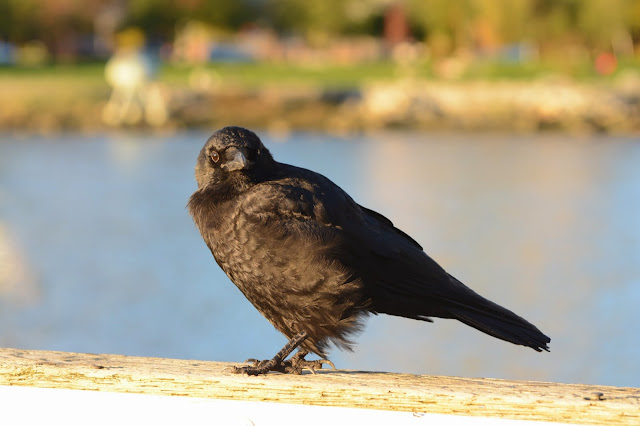 that seemed to come through, even in my black and white experiments. 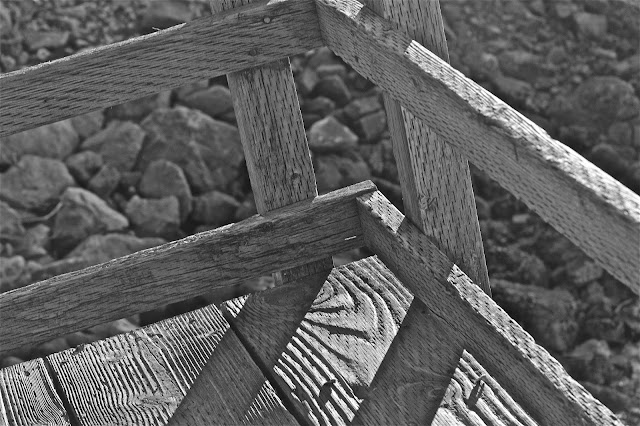 I took a couple of flying shots.. 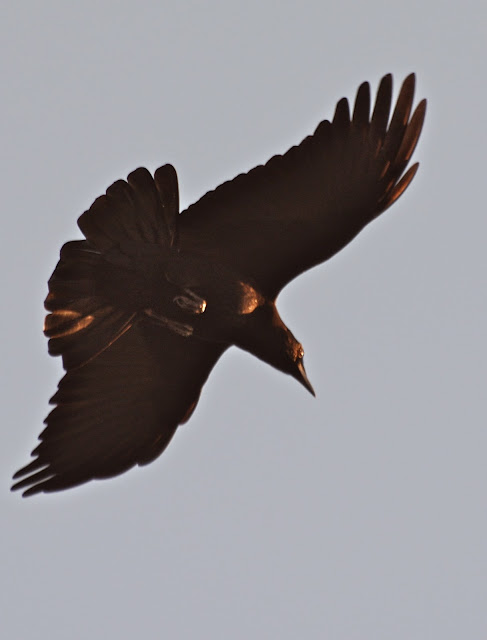 while ever-patient Bill kept Black Jack on the move (it was our coldest ride yet, even in the sun). 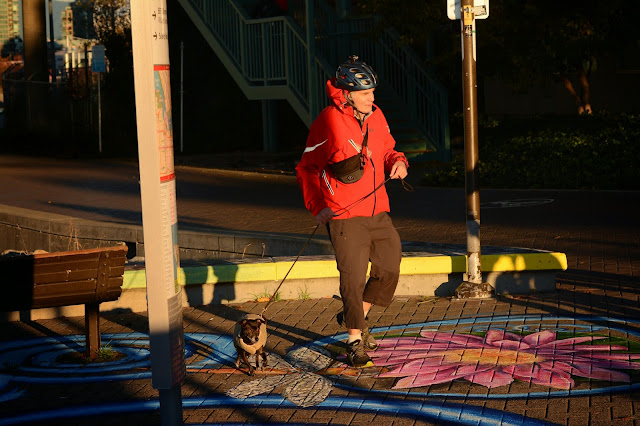 When it was time to turn back, Bill carefully tucked Black Jack into her basket and I thought for the umpteenth time how fortunate I am to have him in my life.  That was our world yesterday.  My thanks again to Our World Tuesday and the dedicated volunteers who do such a fine job of bringing people together.  A sign of hope, I believe. 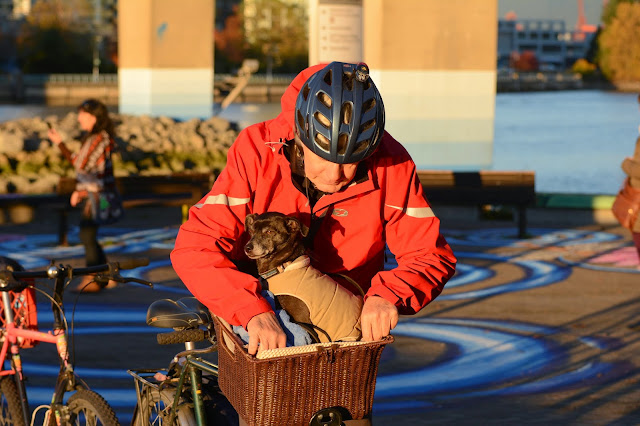