I am one day late, but trying to catch up with the letter "N" for ABC Wednesday today.  My thanks to Mrs. Nesbitt for starting that fine meme.  Her initial idea has prodded me to explore some new words for almost every letter of the alphabet.  Here are a few "N" words that I found at the unusual words that begin with N site:
1. nemophilist - one who loves the woods
2. neuston - minute organisms floating or swimming on the water's surface
3. numquid - inquisitive person (my favourite word this week) though I forgot to use it!
4. noetic - of, or associated with, or requiring the use of the mind.
5. narrowback - one who doesn't do manual labour

Bill and I have been trying some strategies we picked up at this site to solve Sudoku puzzles.  I guess our goal is to sharpen our mind with "noetic" pursuits. 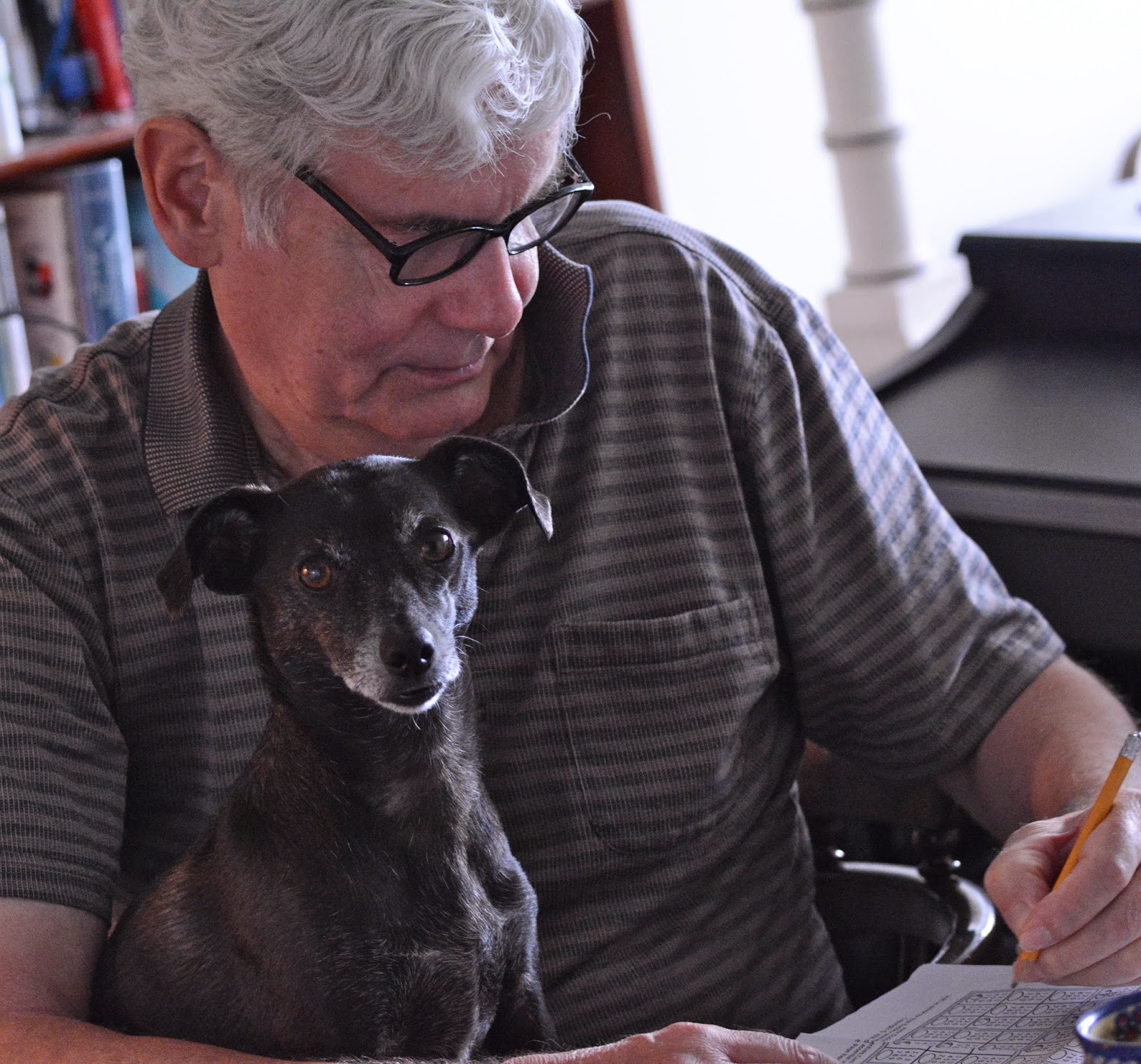 Black Jack figures this focus on noesis is fine as long as she can continue her lifestyle as a narrowback and negotiate her way to a comfy spot on Bill's lap. 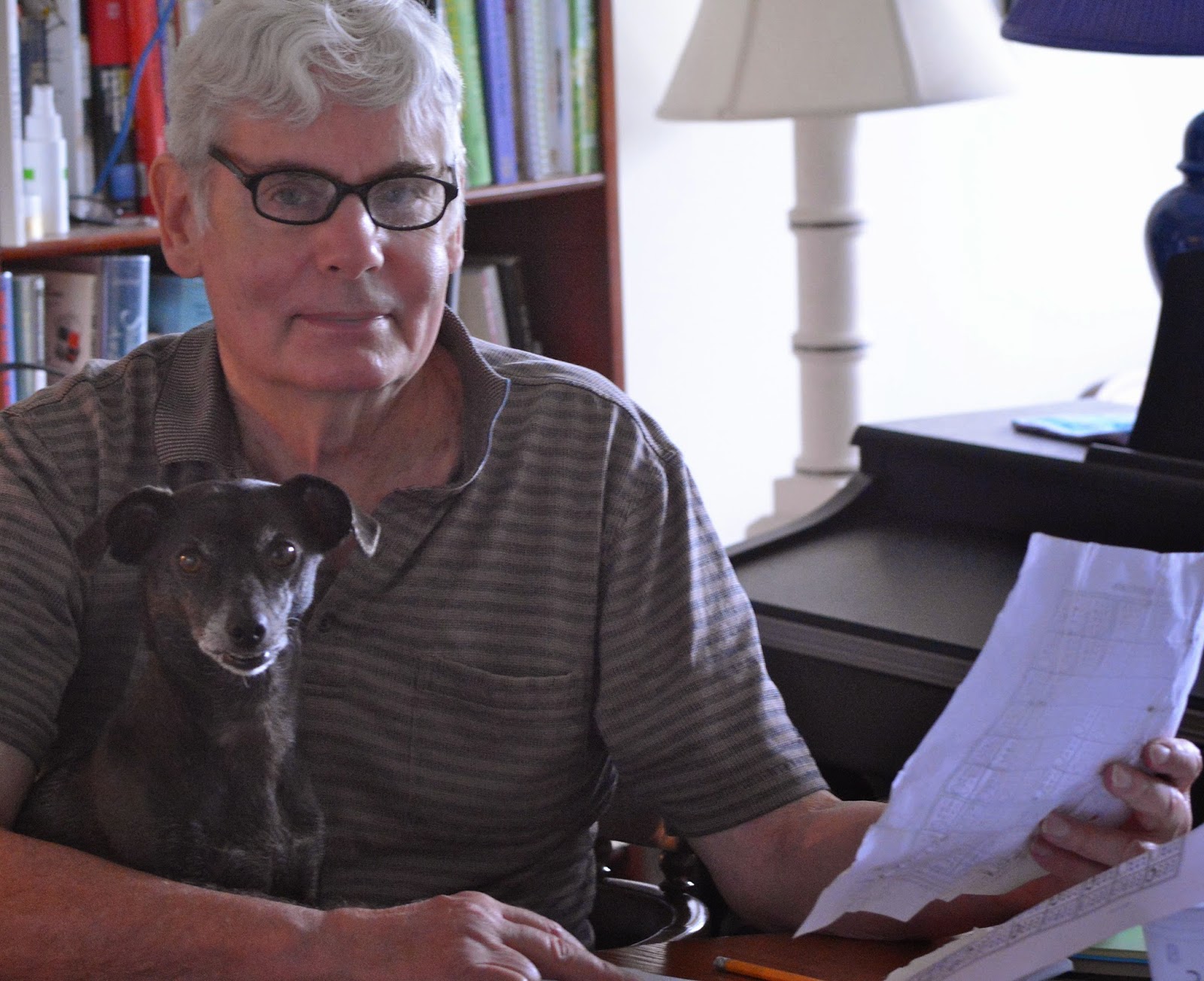 We rode our bikes to Stanley Park and then around Lost Lagoon on Tuesday.  The racoon population is huge; I am nonplussed that people continue to feed them. 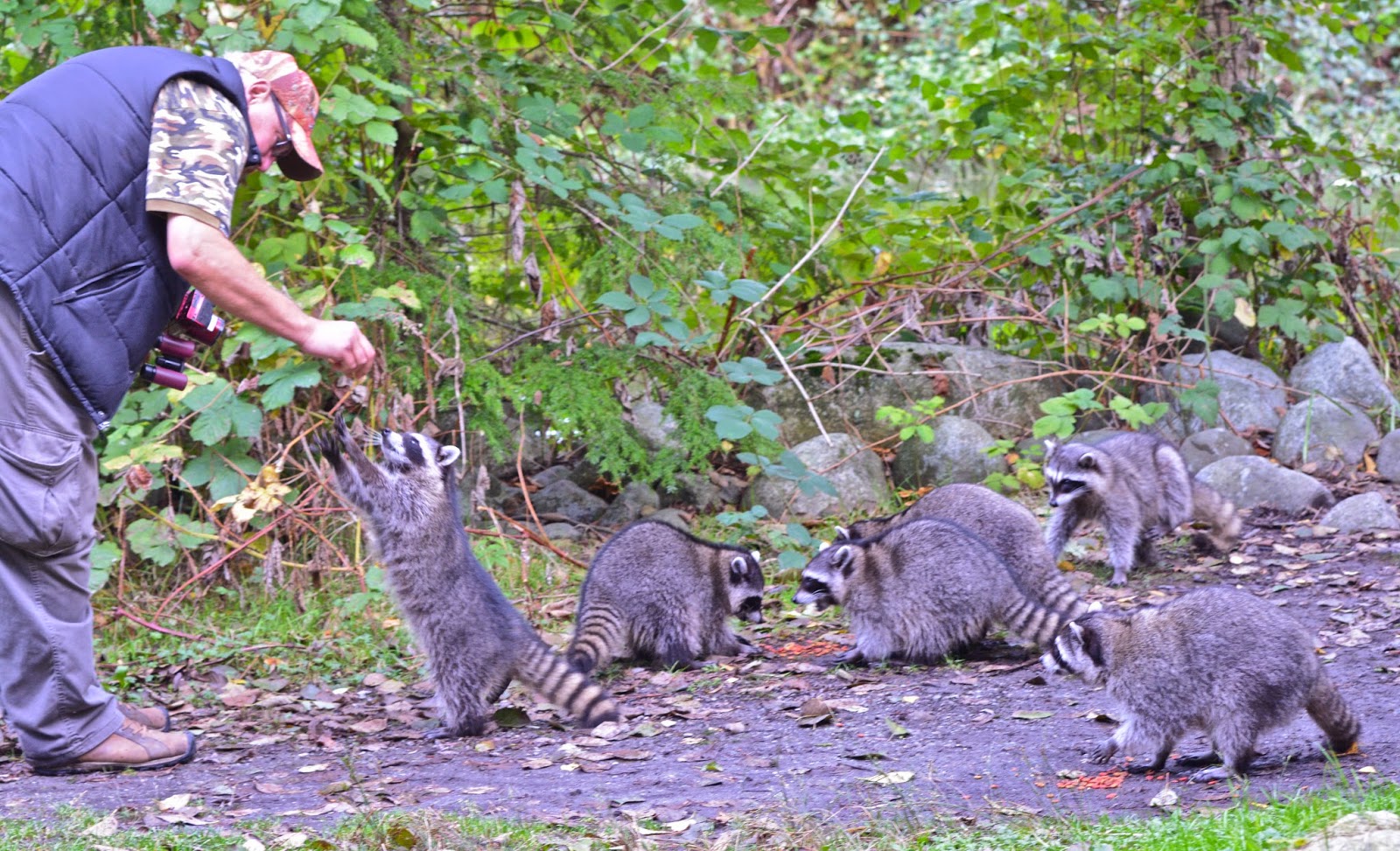 Nature's order is confused because of the feedings. Racoons were nocturnal but they now roam the lagoon's walking paths in daylight hours. 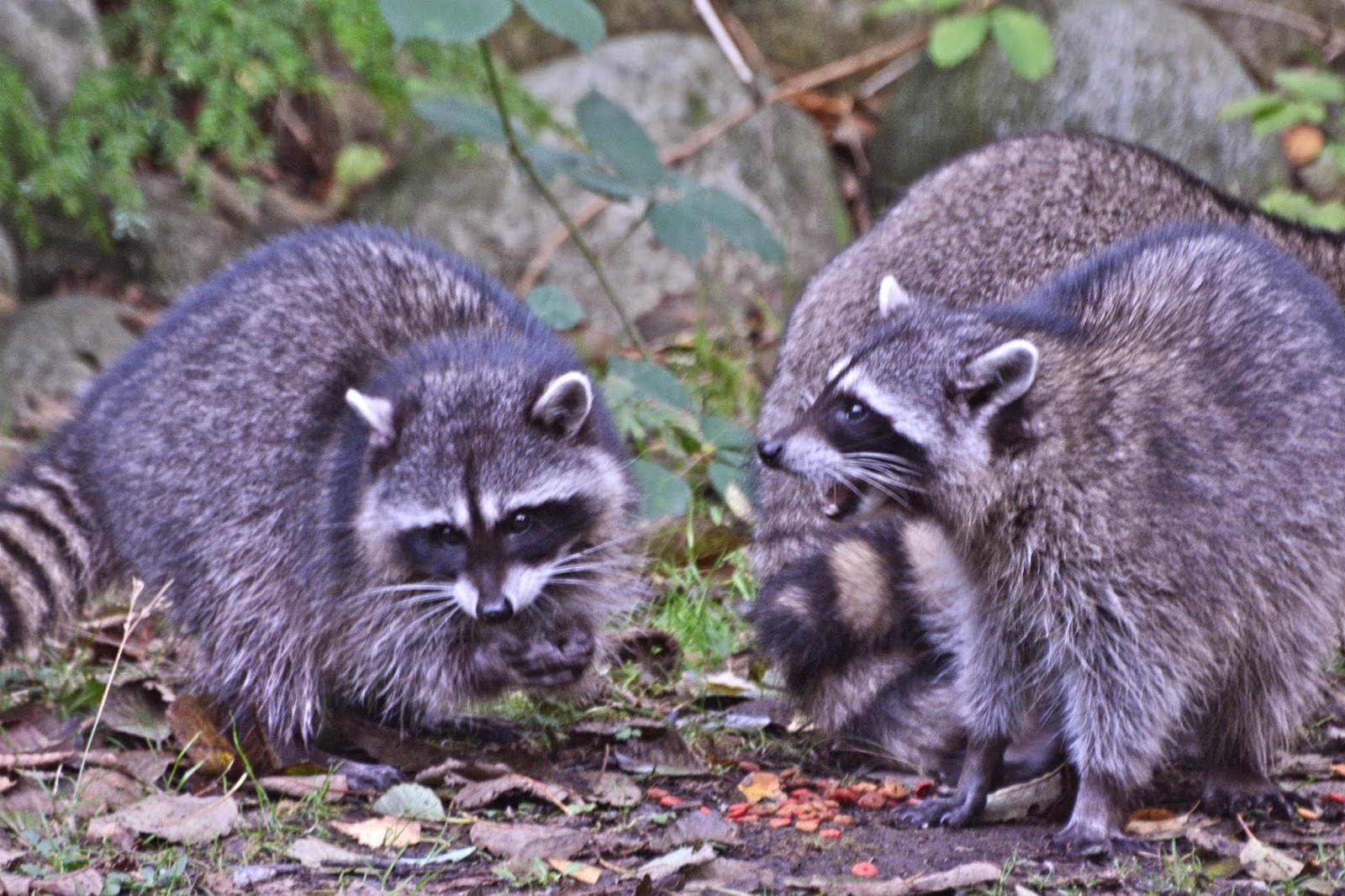 They would fare better if they were more nervous of humans. 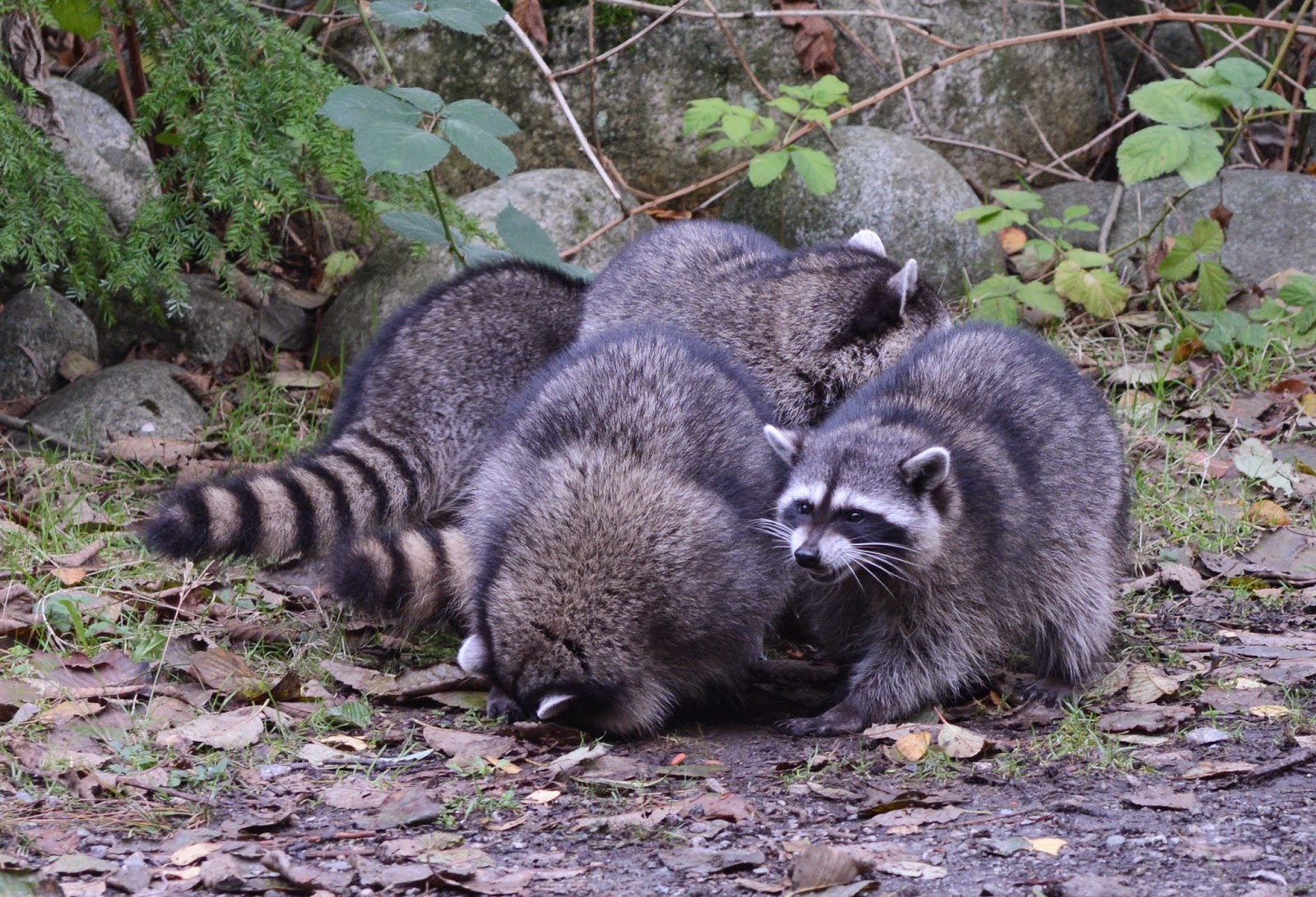 An excellent documentary at this site shows that racoons now suffer the same ailments as humans (tooth decay, high blood pressure, mal-nourishment, etc) because of their fondness for junk food fed to them or left about by humans. 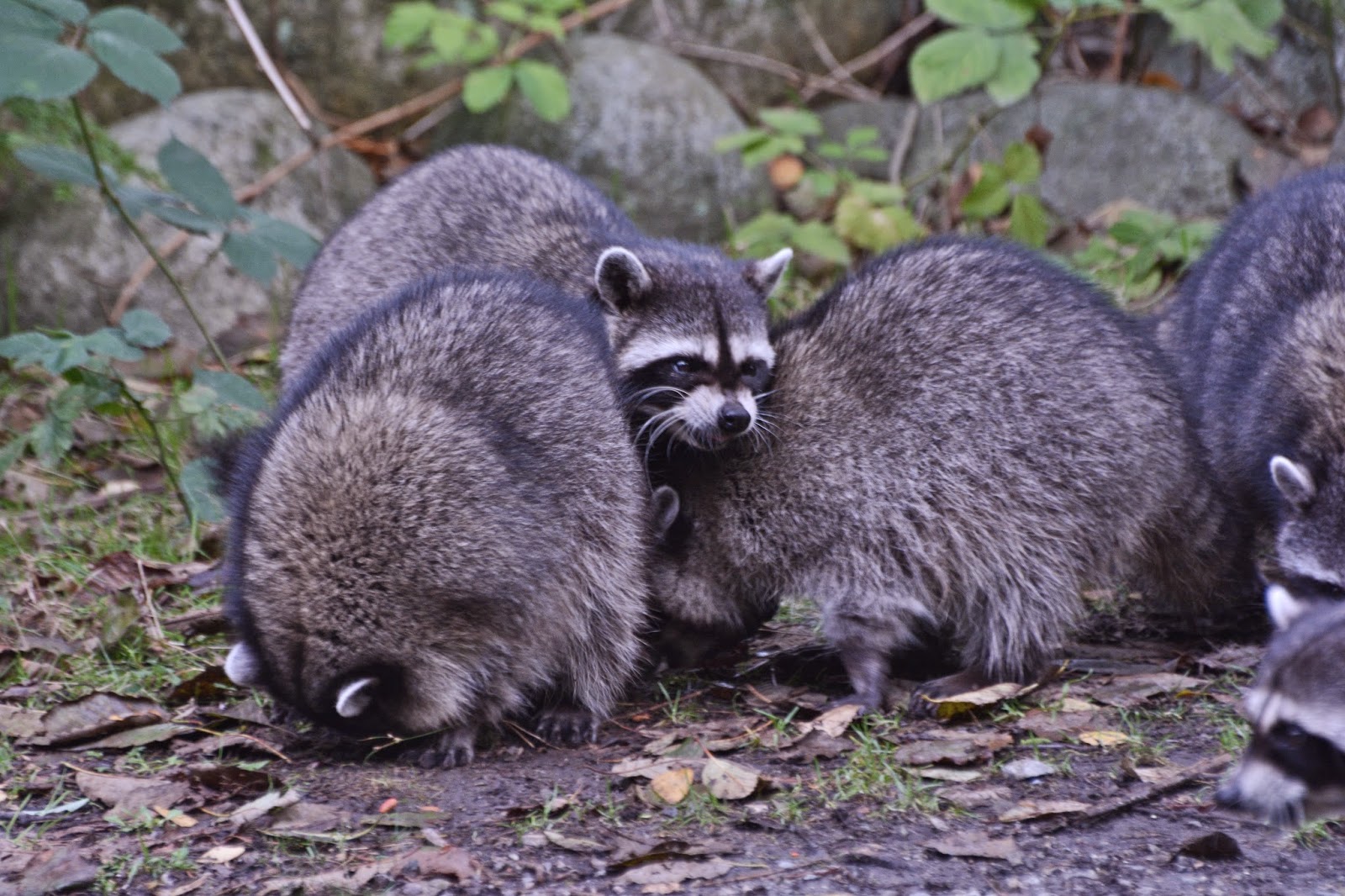 I was so occupied with the racoons I almost forgot to notice this lovely wood duck female. 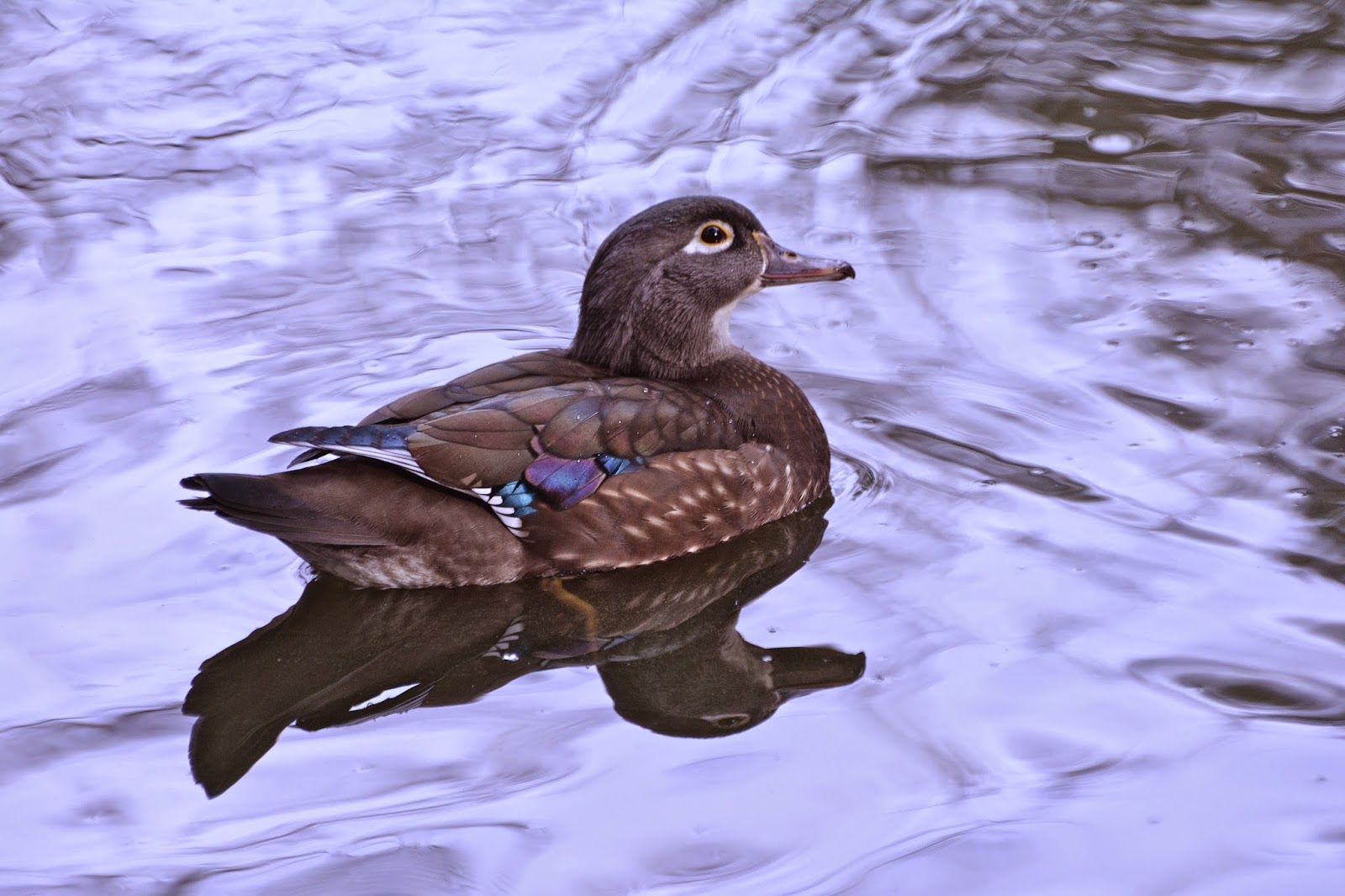 Discovering these sea otters lying about on a wharf was great fun.  At first, one might be tempted to think that they, like Black Jack, are narrowbacks. 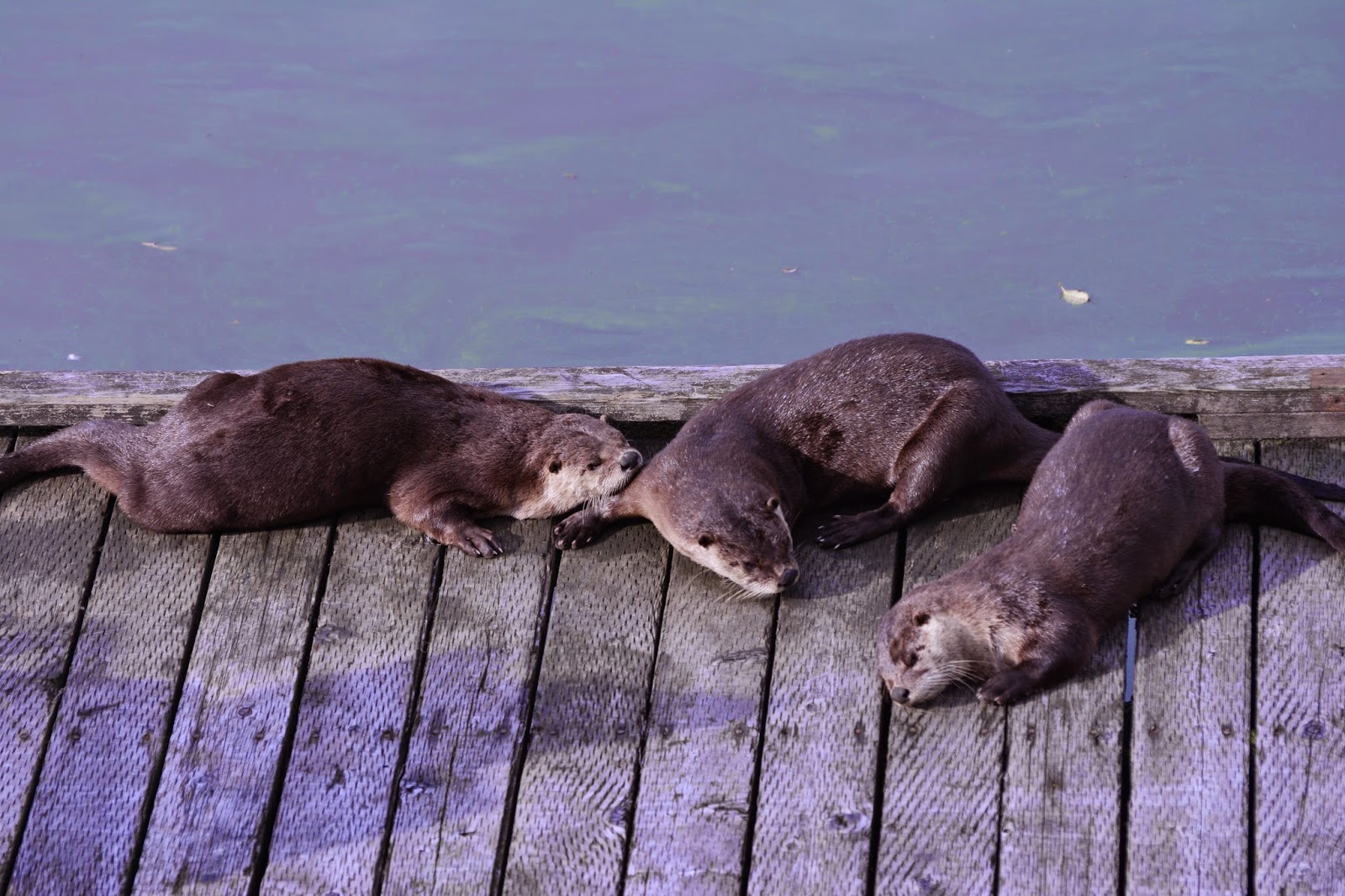 However, I soon realized that they were never still for more than a nanosecond.

They were constantly grooming themselves and each other and even their rolling about had the side benefit of helping them shed fur and mark their territory in the neighbourhood. 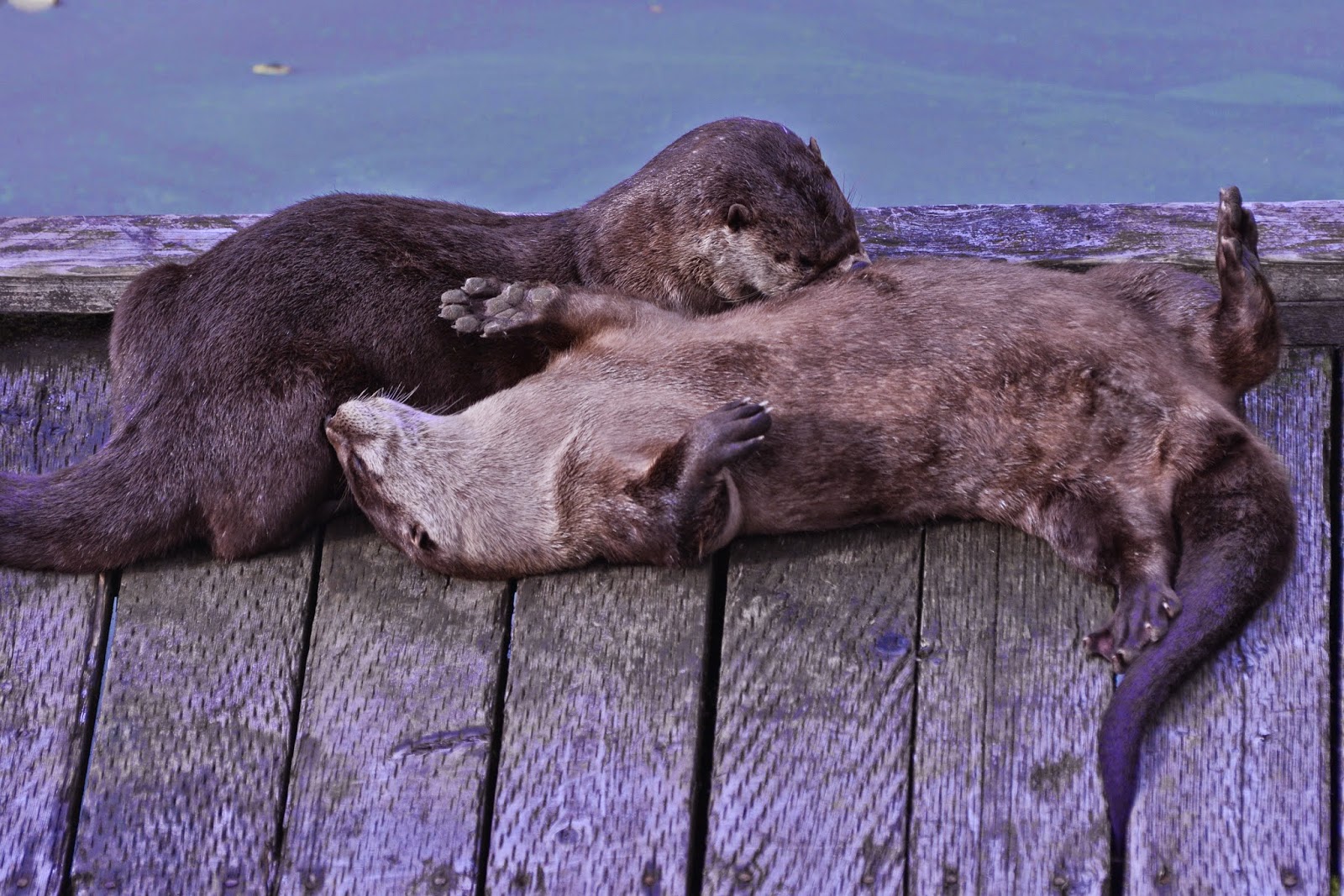 They seemed to be nibbling at each other quite aggressively and I wondered if.. 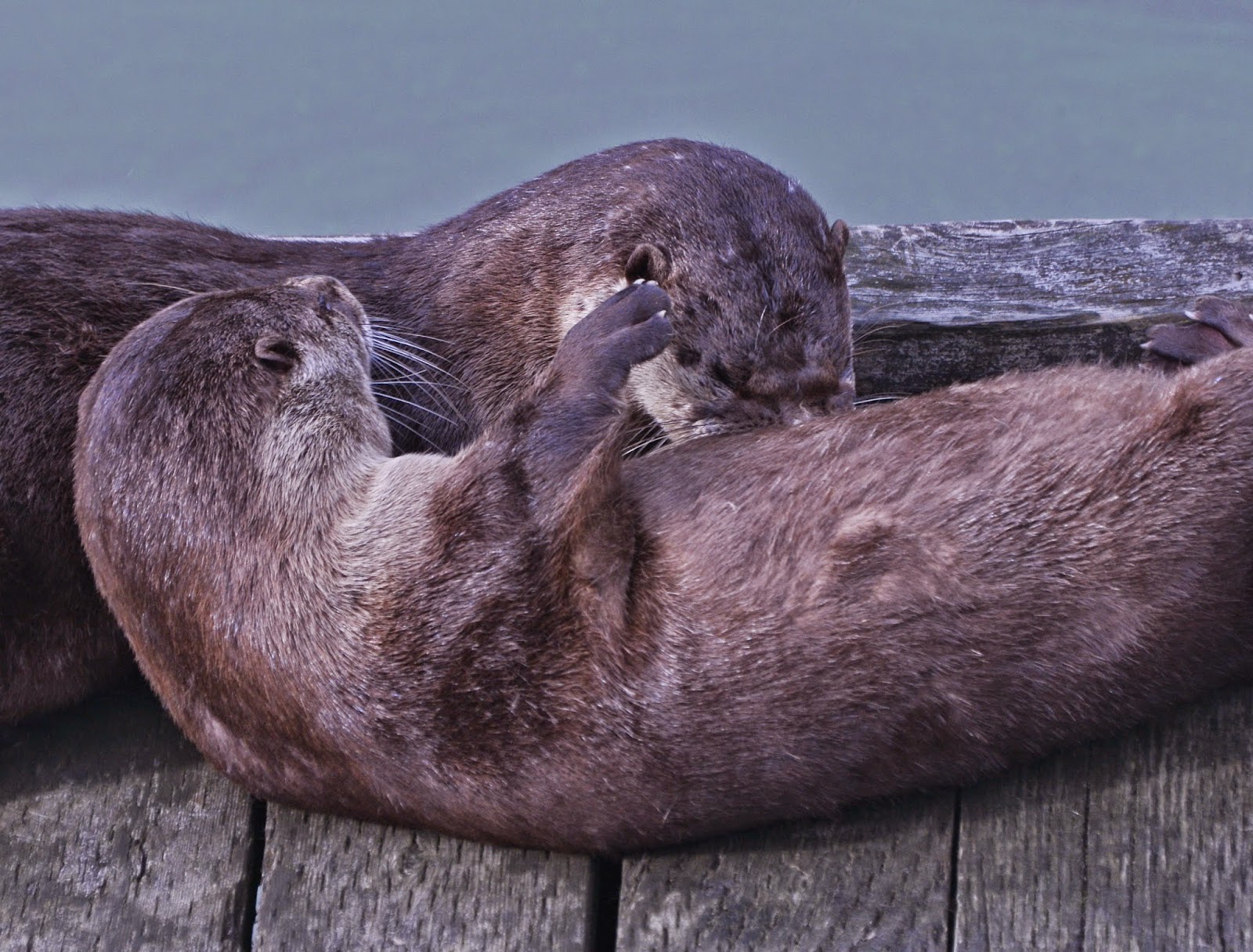 there were small parasitic organisms on their bodies that they were consuming.  I noted that they turned onto their fronts or backs after one side had been thoroughly groomed and that encouraged me to do a little research. I still don't have the answer to my question, but an article titled The Food of Porpita and Niche Separation in three Neuston Coelenterates gave me more than enough noesis for the day. 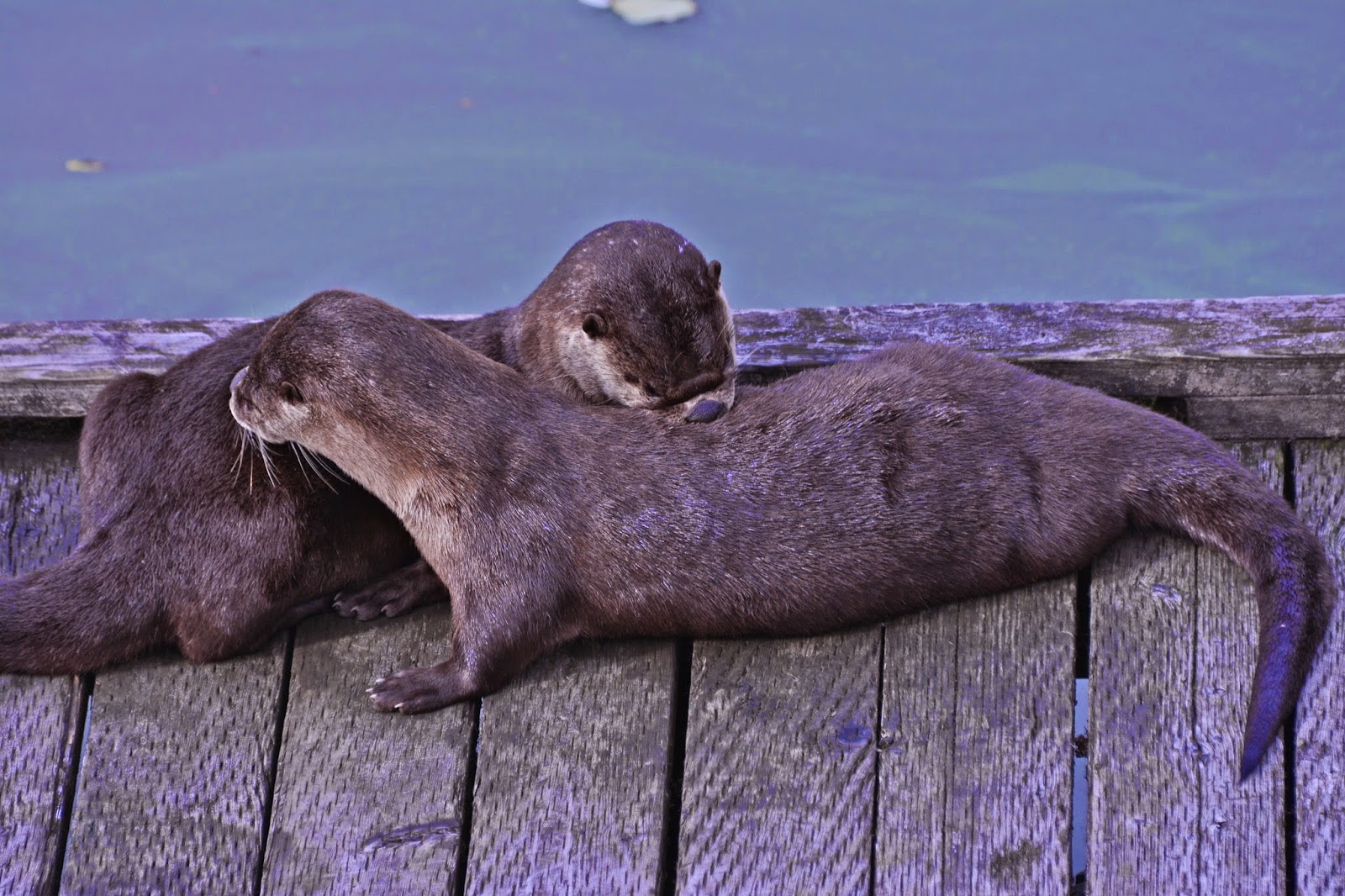 Discovering the otters was a nifty stroke of luck. 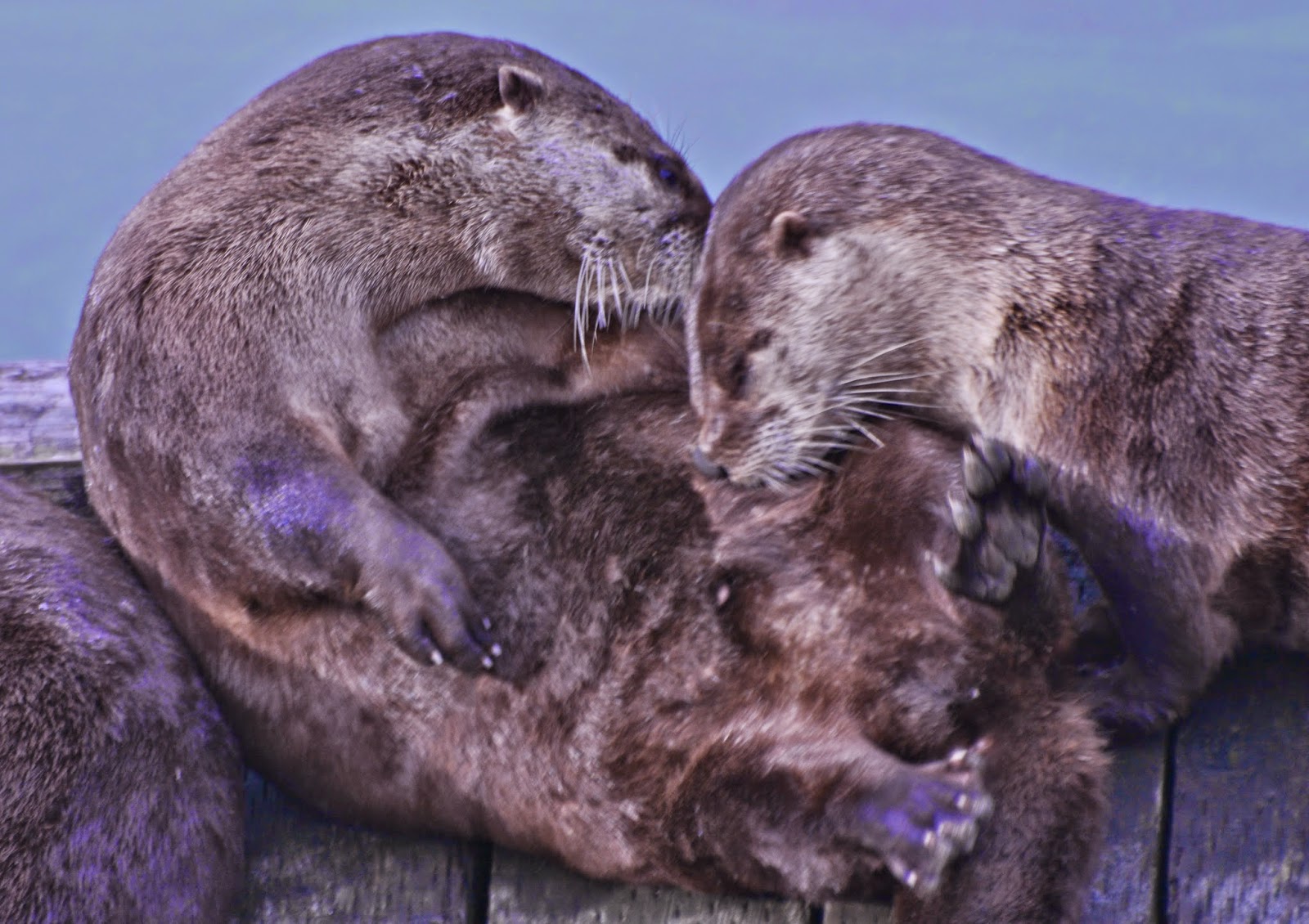 Like racoons, river otters seem to have feet almost as nimble as human hands. 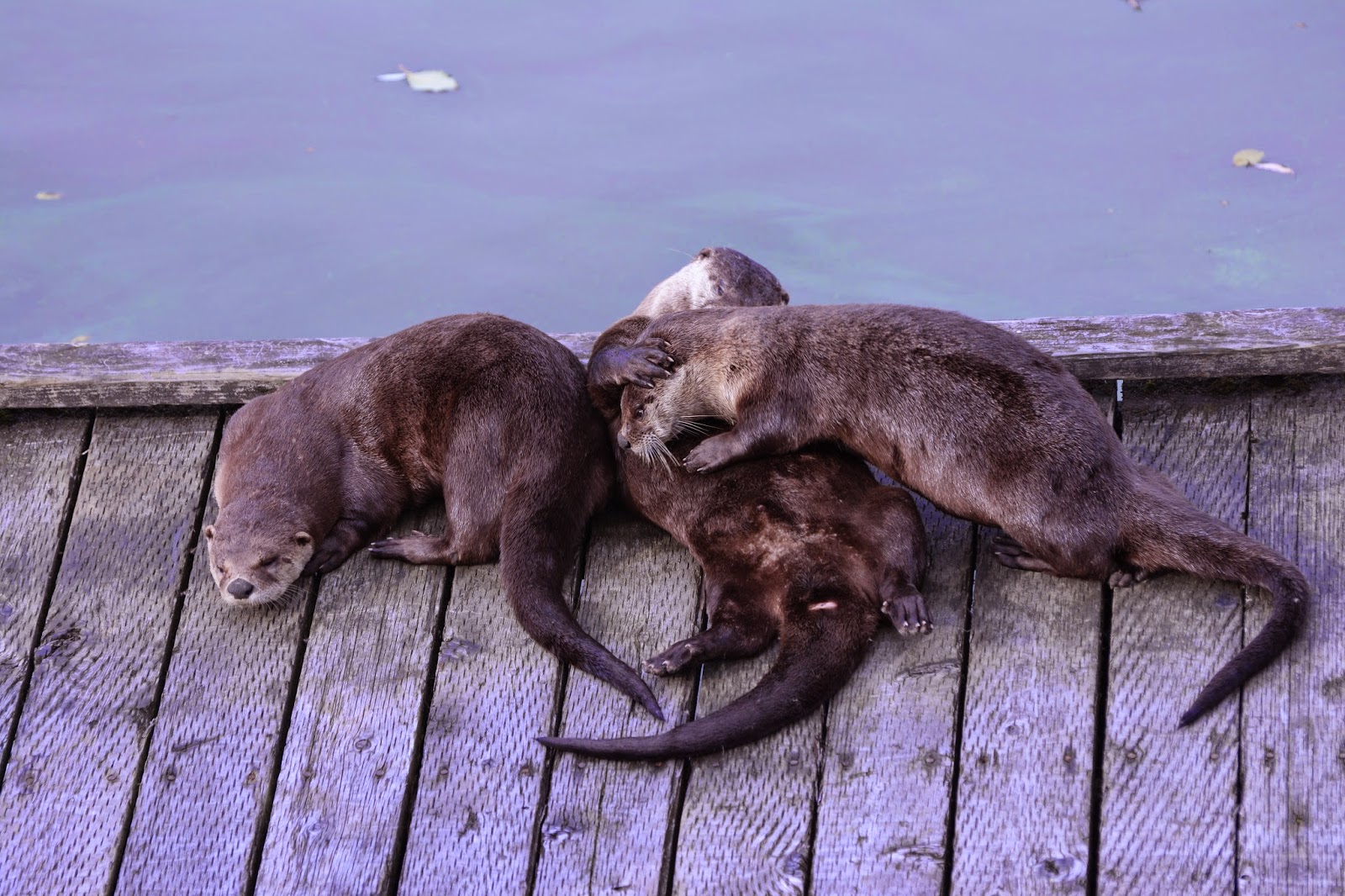 Black Jack was very aware of the otters' presence though she remained in her bicycle basket.  She whined softly and nagged at us to let her free, as she always does in the presence of critter mammals (not so much birds). 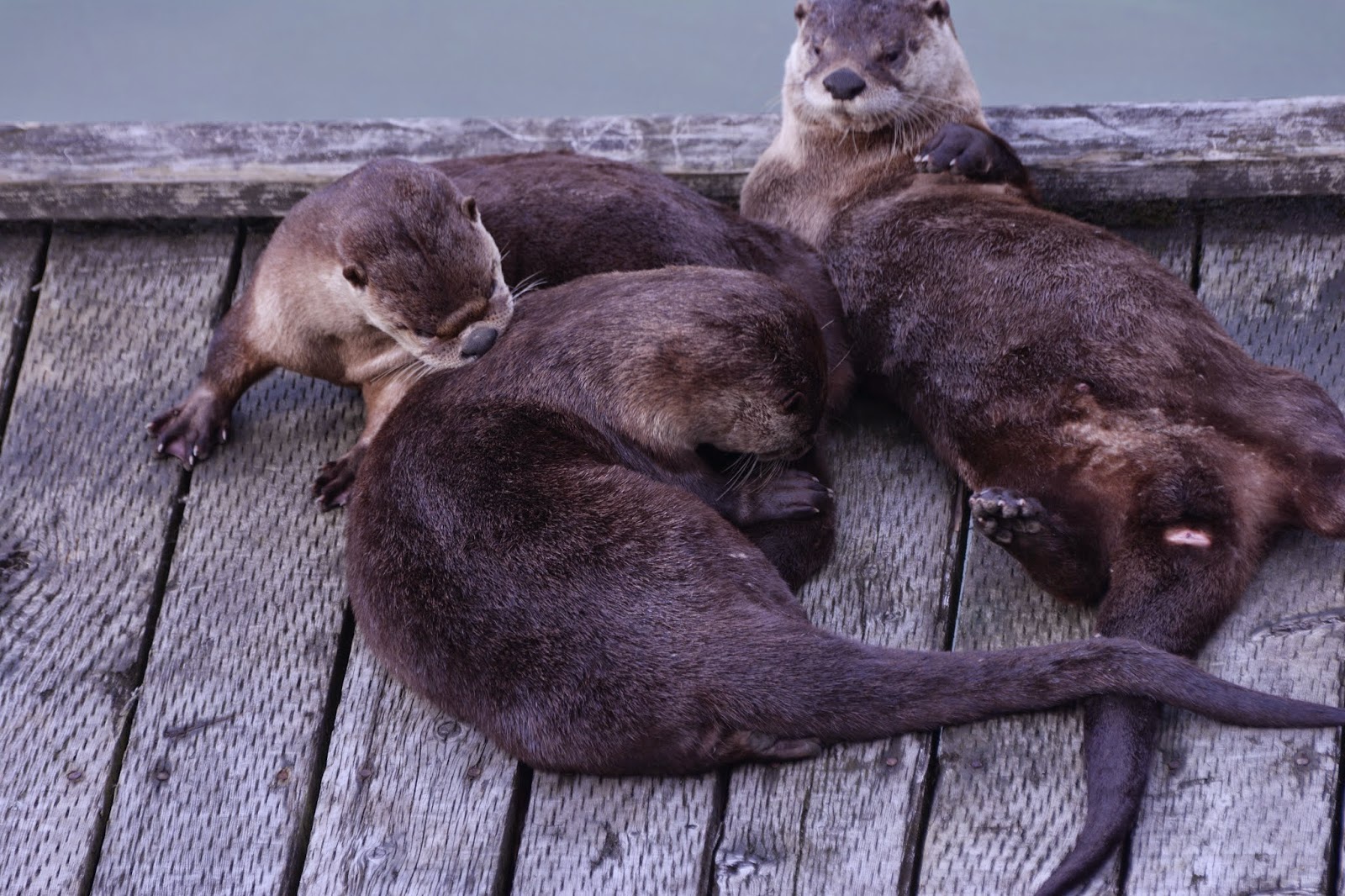 I'm quite sure the otters heard her, though we were well above the dock and looking over a fence.  Certainly, the otters were not the slightest bit nervous of either humans (quite a crowd had gathered right behind the dock) or Black Jack.  Though the "cute" factor of these otters was very strong, we also had a healthy respect for their sharp teeth and keen intelligence.  Let's just say we won't be attempting to hand feed them any time soon! 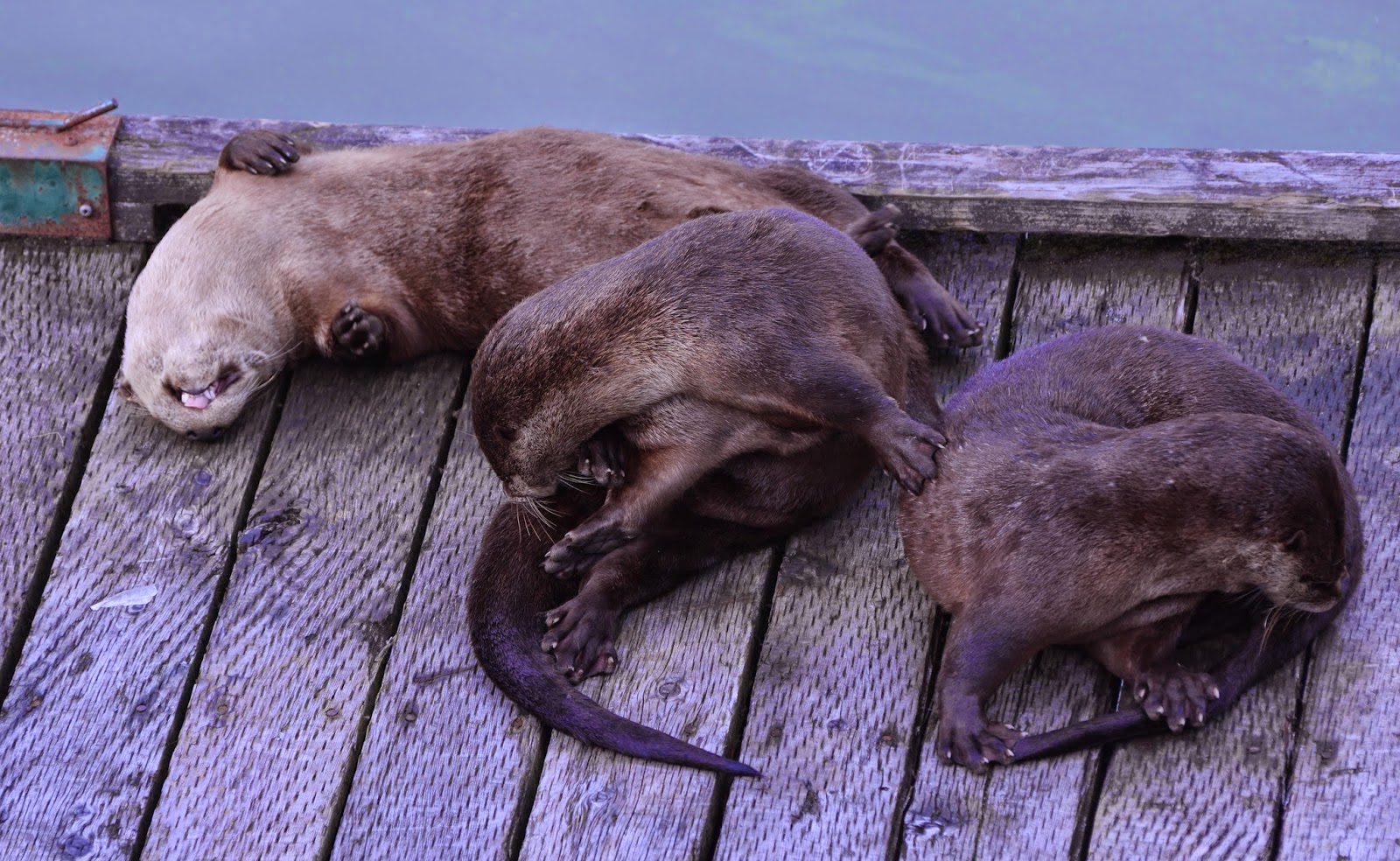 We finally tore ourselves away from the otters and continued our ride homeward.  I think I could call myself a nemophilist (appreciator of forests) as I love trees, whether they line streets or wooded paths.  Autumn colours are at their peak right now, but even if the trees.. 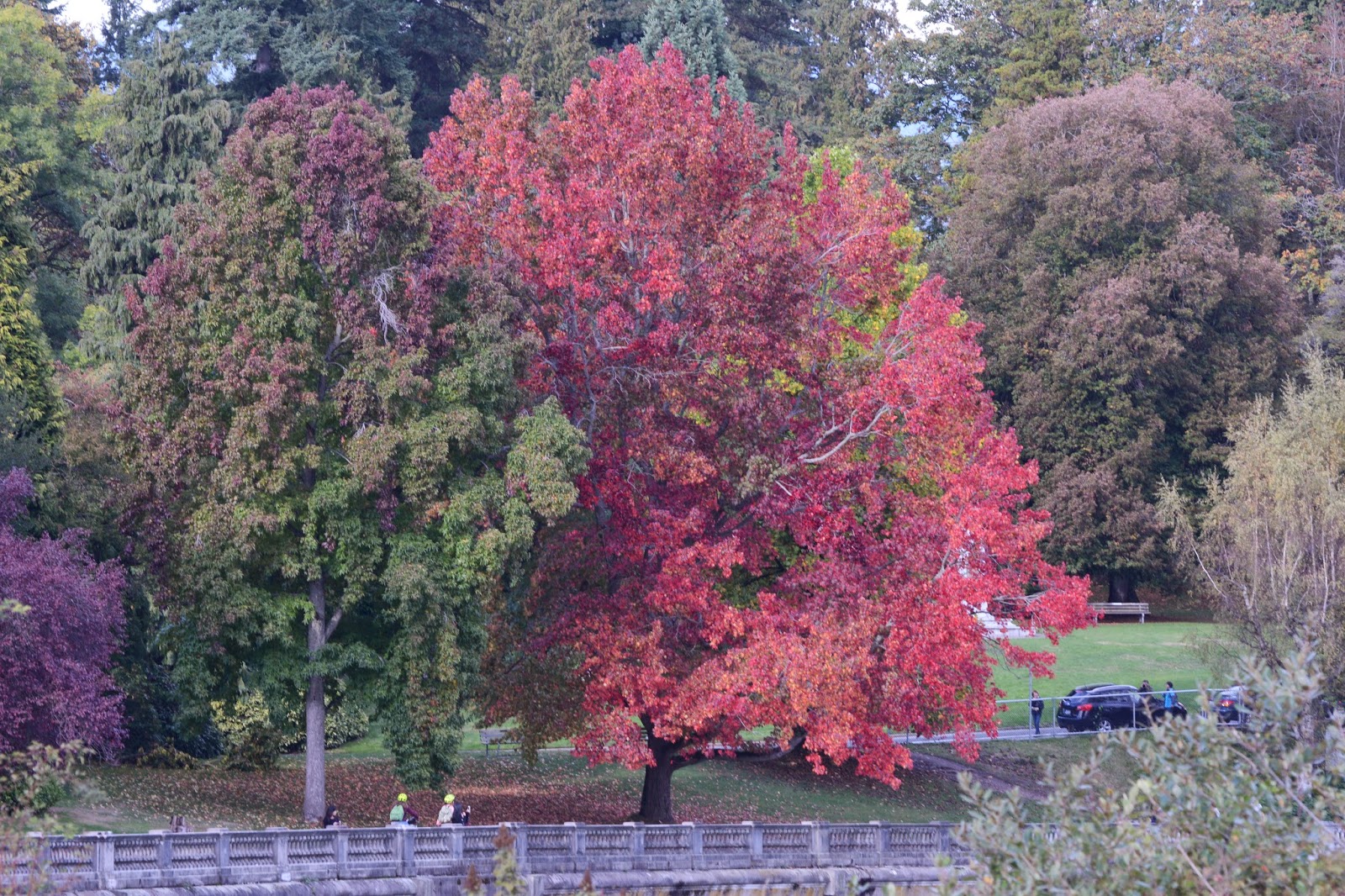 don't change colour, I find them a strong and serene presence.  Did you notice Bill in the back, and at the centre of this photo?  He is waiting for me to stop taking pictures :)  As you can see, quite a few people were enjoying the magnificent day. 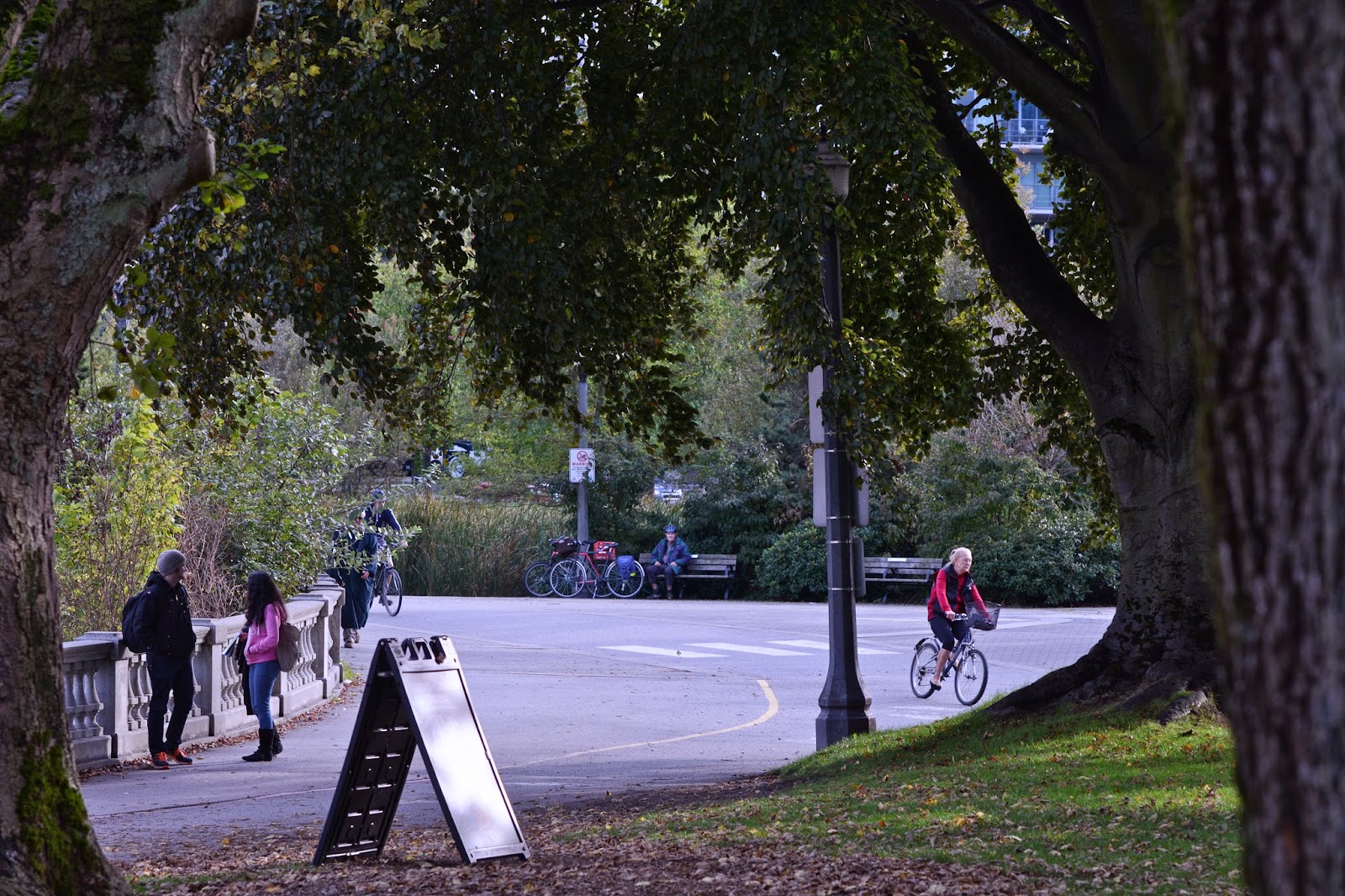 I'm not sure why this photo is so blurred but thought you might like to see how Vancouver accommodates different ways of getting around the city.  Just behind that fence is the causeway taking drivers to the Lions Gate Bridge, but under the fence are designated paths for walkers, bikers and even for skate boarders.  Narrowbacks are encouraged to be active even if they eschew manual labour :) 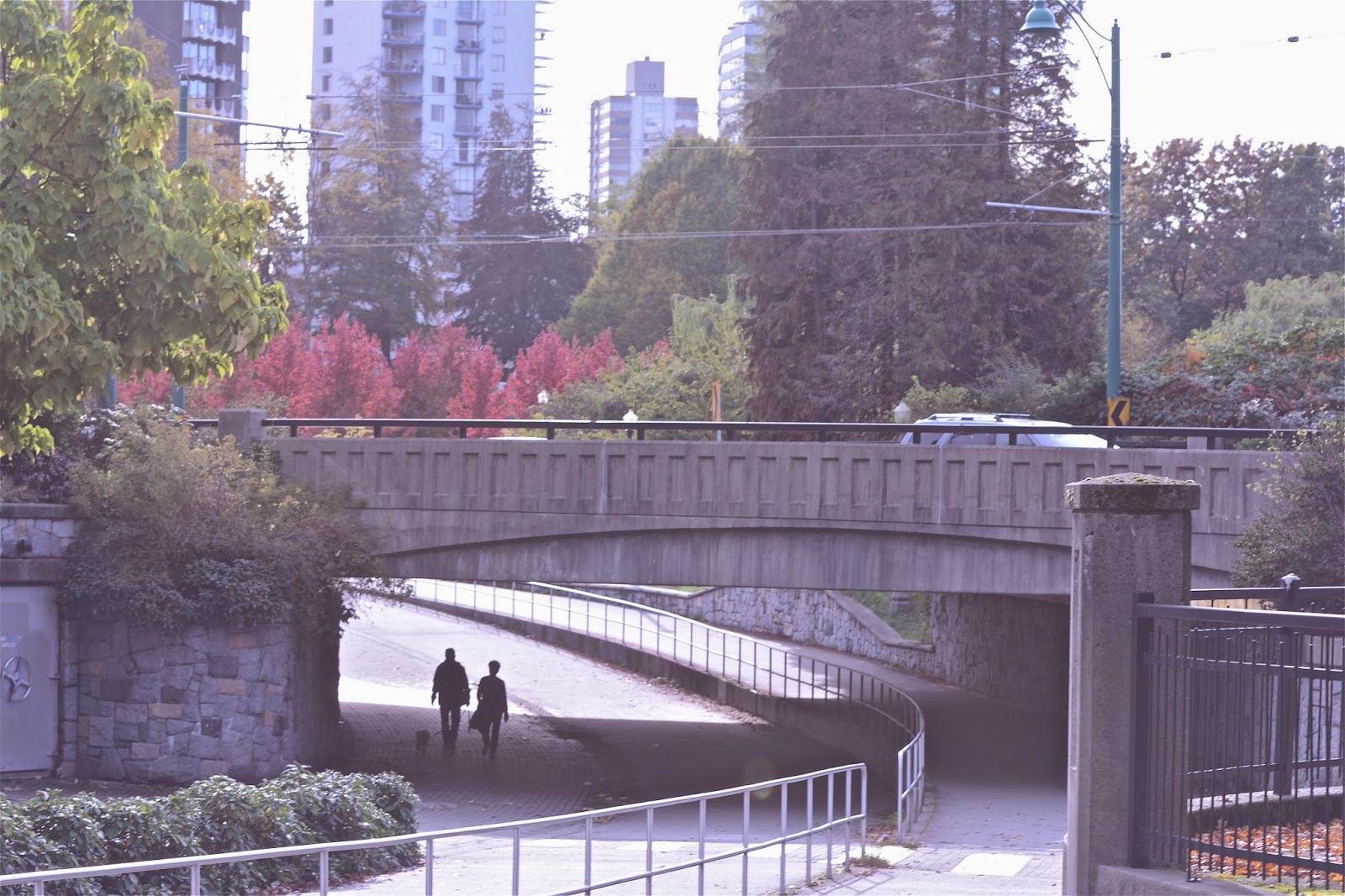 I tended to focus on the red around us, but realized I had neglected the wonderful yellows when Bill pointed out these trees. 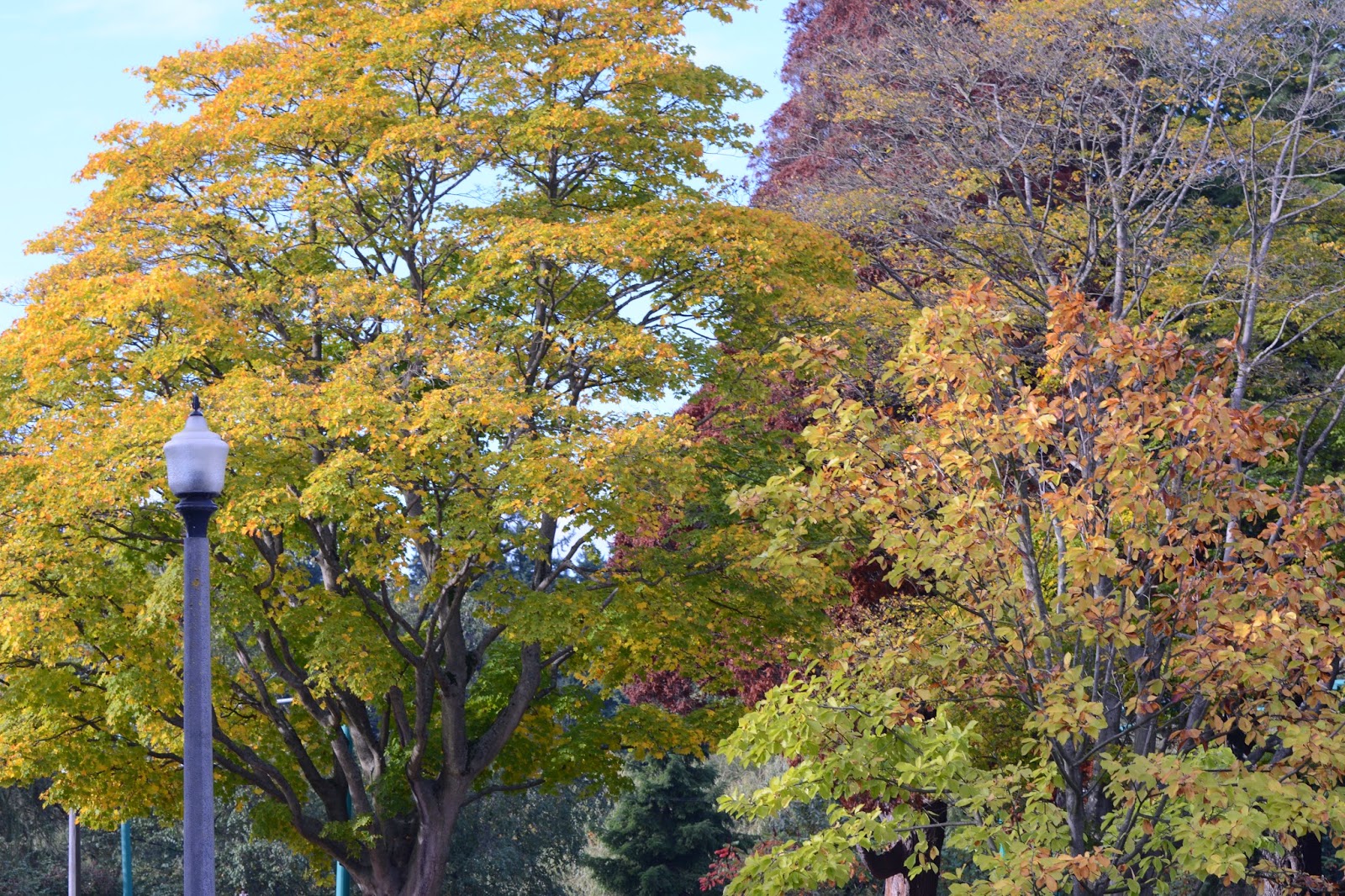 And, it was Bill who noticed this tiny ladybug moving slowly along the bench arm rest.  That made me think of my sister, who had sent a photo that I showed in my previous post of some Ottawa ladybugs. 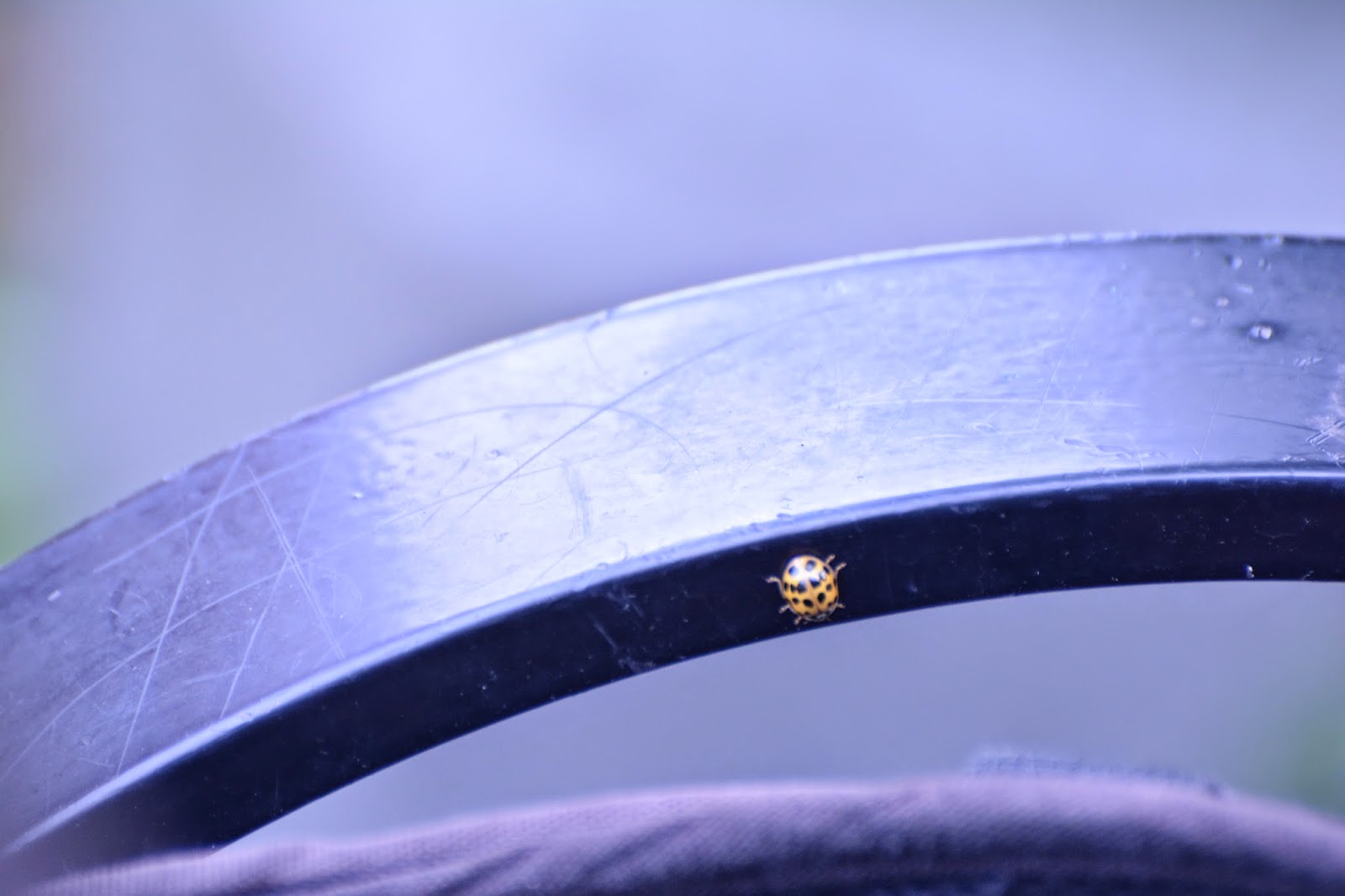 Yesterday, after seeing the ladybug on the bench, I saw another one walking along my laptop screen.  How it got in the 8th floor window of our apartment, I can't imagine.  Sadly, I neglected to take a photo of it.  You will probably laugh when I tell you that I was afraid to drop it out the window, even though I know they can fly.  I held it in my cupped hand and took it down the elevator to the main floor of our building.  Once outside, I left it (hopefully feeling safely nurtured) in a hedge by our building. 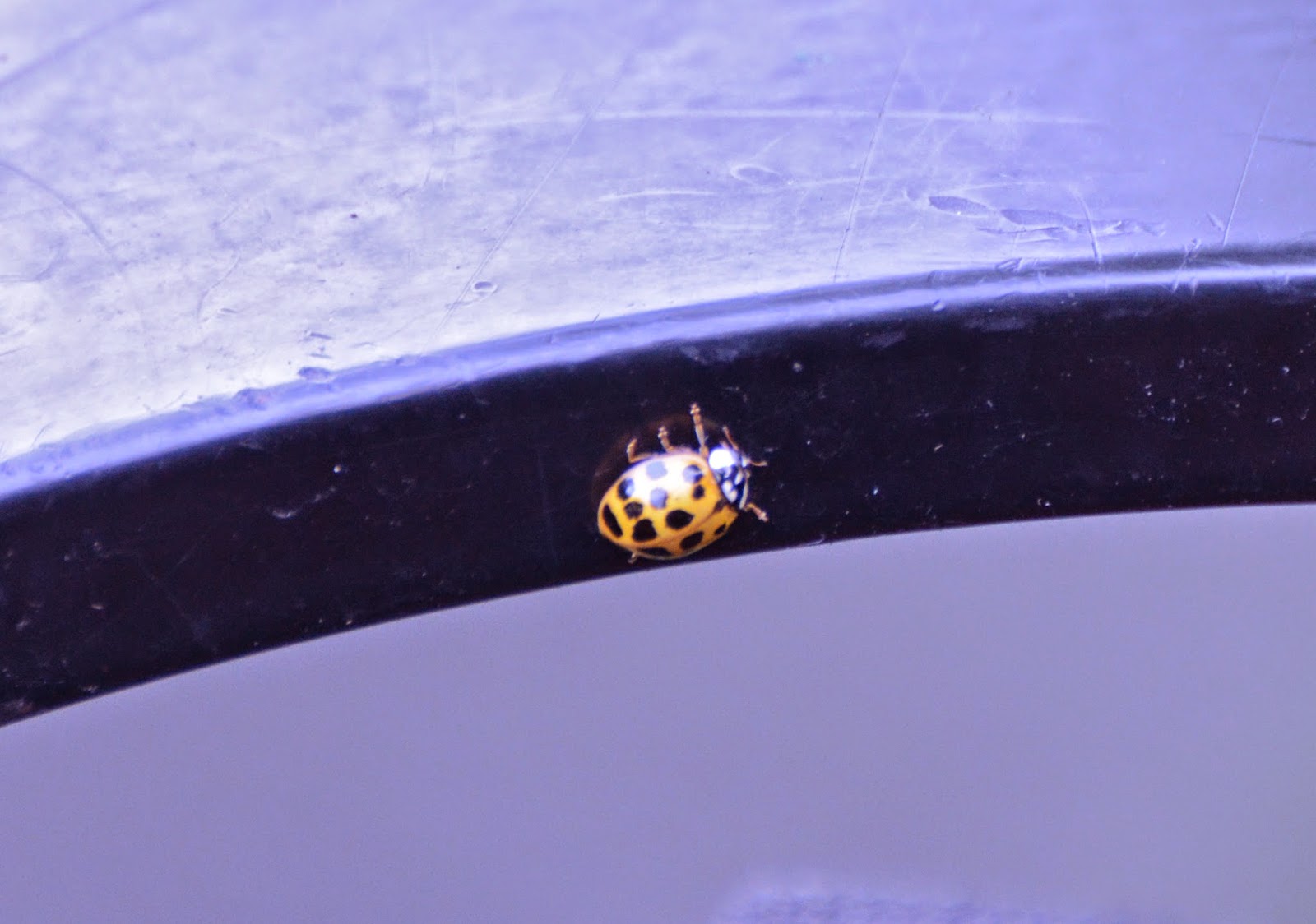 As for the one we saw on Tuesday, it navigated that.. 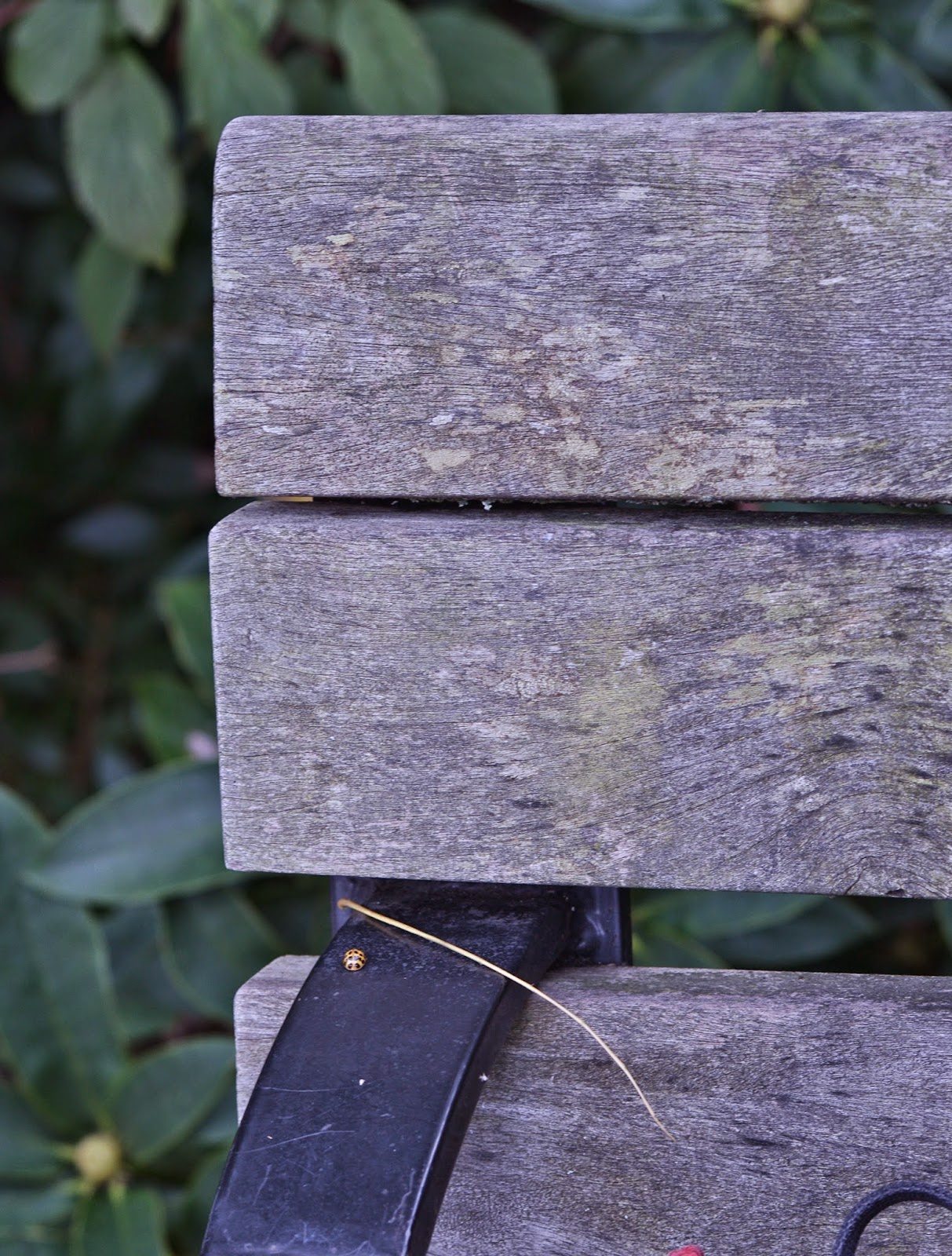 piece of grass at the back of the bench and a few minutes later, flew away. 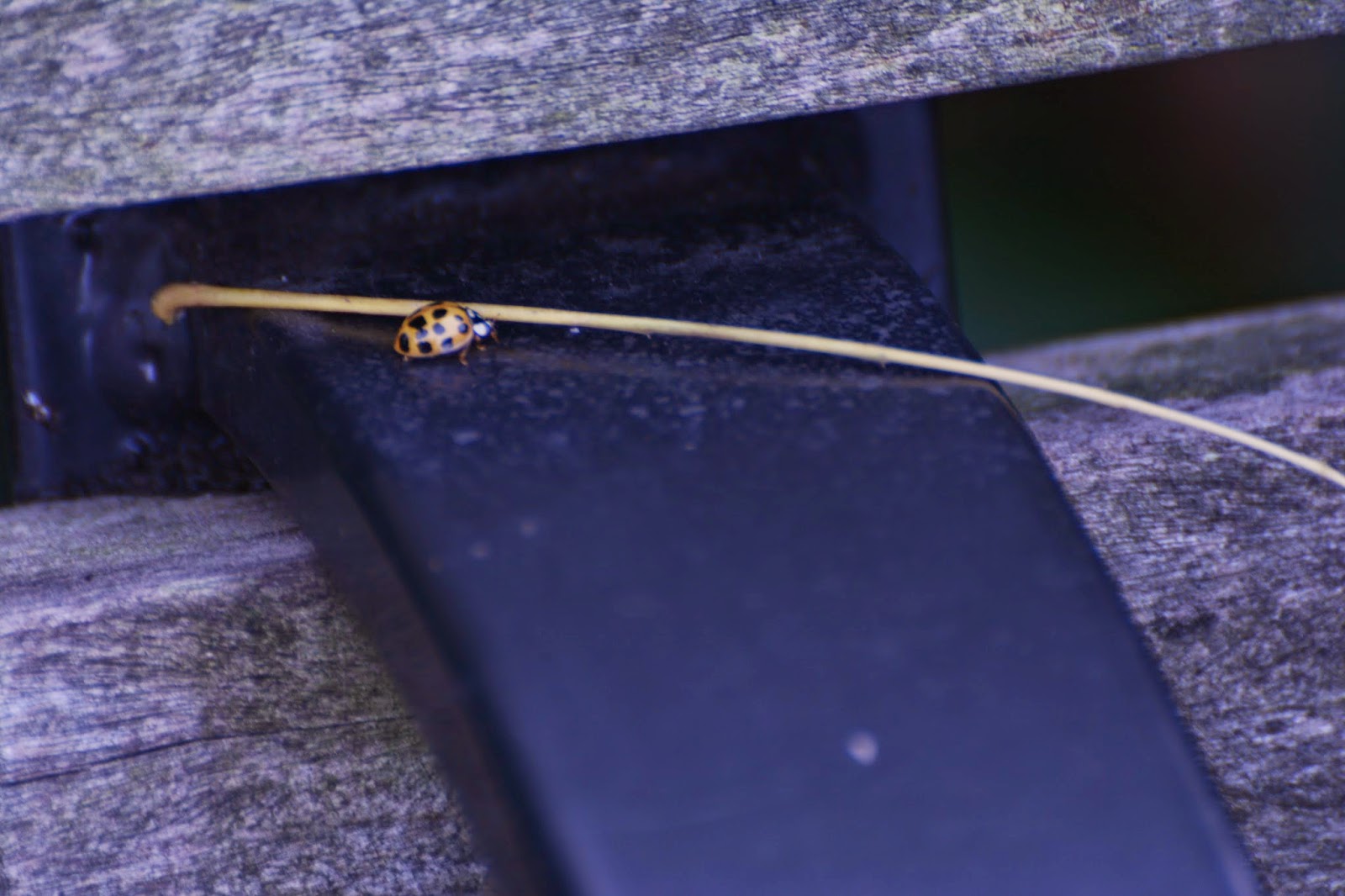 Since my post has mostly been about nature, I thought the song, Nature Boy, by Nat King Cole might be a meaningful way to end this post.  I love the lyrics to the song and especially appreciate these lines: "The greatest thing you'll ever learn Is just to love and be loved in return".  The narrative behind that song involved a back-to-nature advocate who composed it, hoping to deliver it to Nat backstage.  In the end, he had to leave it with the valet.  Later, when the valet passed on the song, Nat made it famous in this beautiful version, though it has since been sung by many other world-class musicians.  If you have three minutes to spare, it is well worth a listen.  Thank you so much for stopping by.  And, many thanks to the volunteers who keep Mrs. Nesbitt's meme running so very successfully.  Happy ABC Wednesday to you!