We are to have one day of sunshine in Vancouver today, sandwiched between quite a few rainy ones.  This was taken in the late afternoon on Thursday when the light over False Creek became especially beautiful after the partial solar eclipse.  I'll share the post with Sundays in My City this morning, with many thanks to Unknown Mami for hosting. 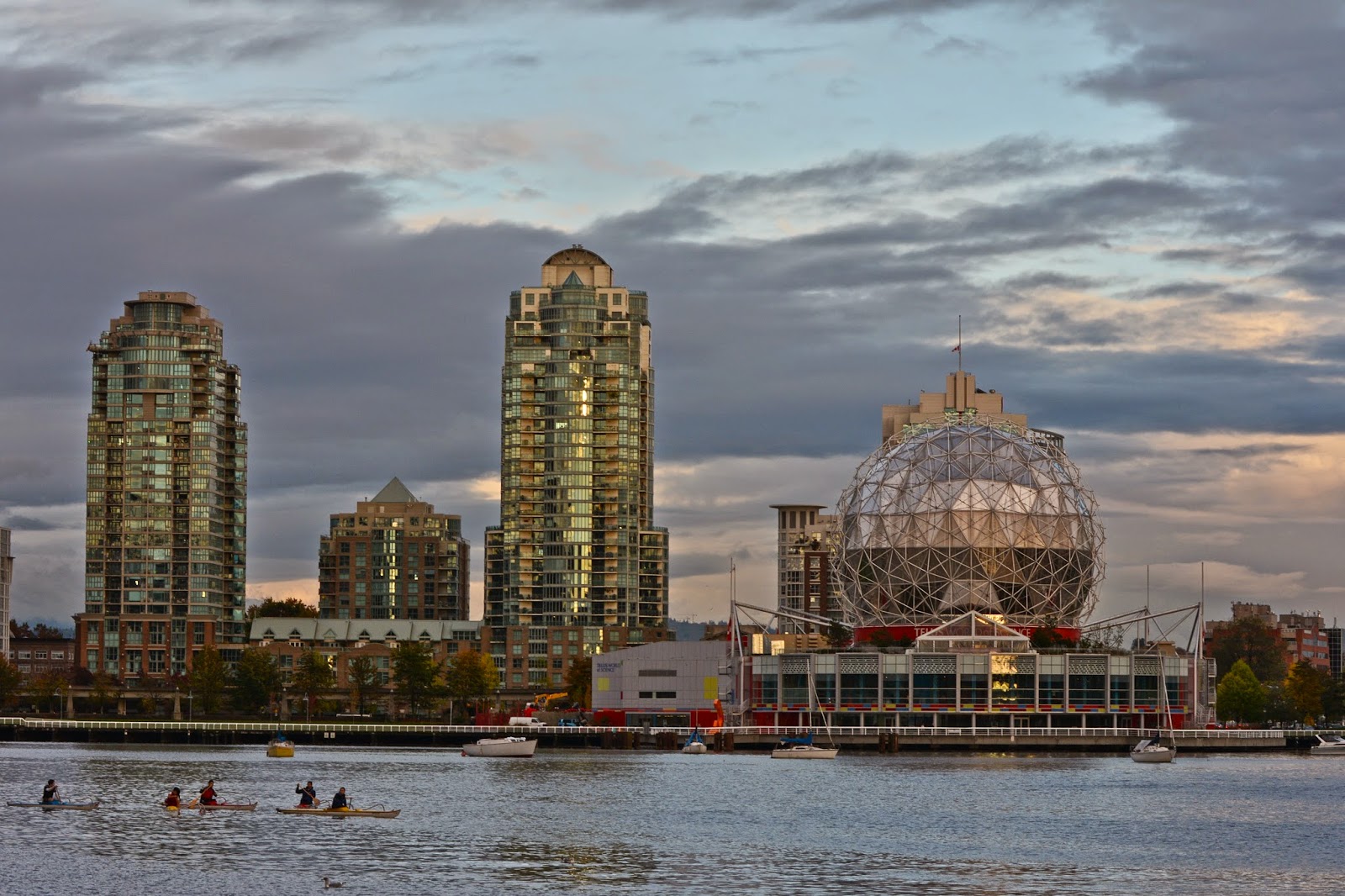 Yesterday's ride to Harrison Galleries was so wet, stopping to take photos was impossible.  Once in the gallery's café, we tried to do a crossword but it seems, that wasn't going to happen either.  Some days, the words just aren't there.  We enjoyed our time, though.  Our treats were delicious and this new painting had suddenly appeared.  It was huge, so I could only get about half of it into the frame (small lens still not returned from repair).  I wasn't able to find the name of the artist but it reminded me of Peggy's Cove in Nova Scotia, a place that brings a memory of my three years teaching in Bridgewater, N.S., and another memory of a trip I took to Peggy's Cove with my parents many years before that.  I think my father was in his 70's by then, but he loved those rocks.  Sadly, I think the photo I took of him climbing over them (rather nimbly) has been lost, but it remains imprinted on my thoughts. 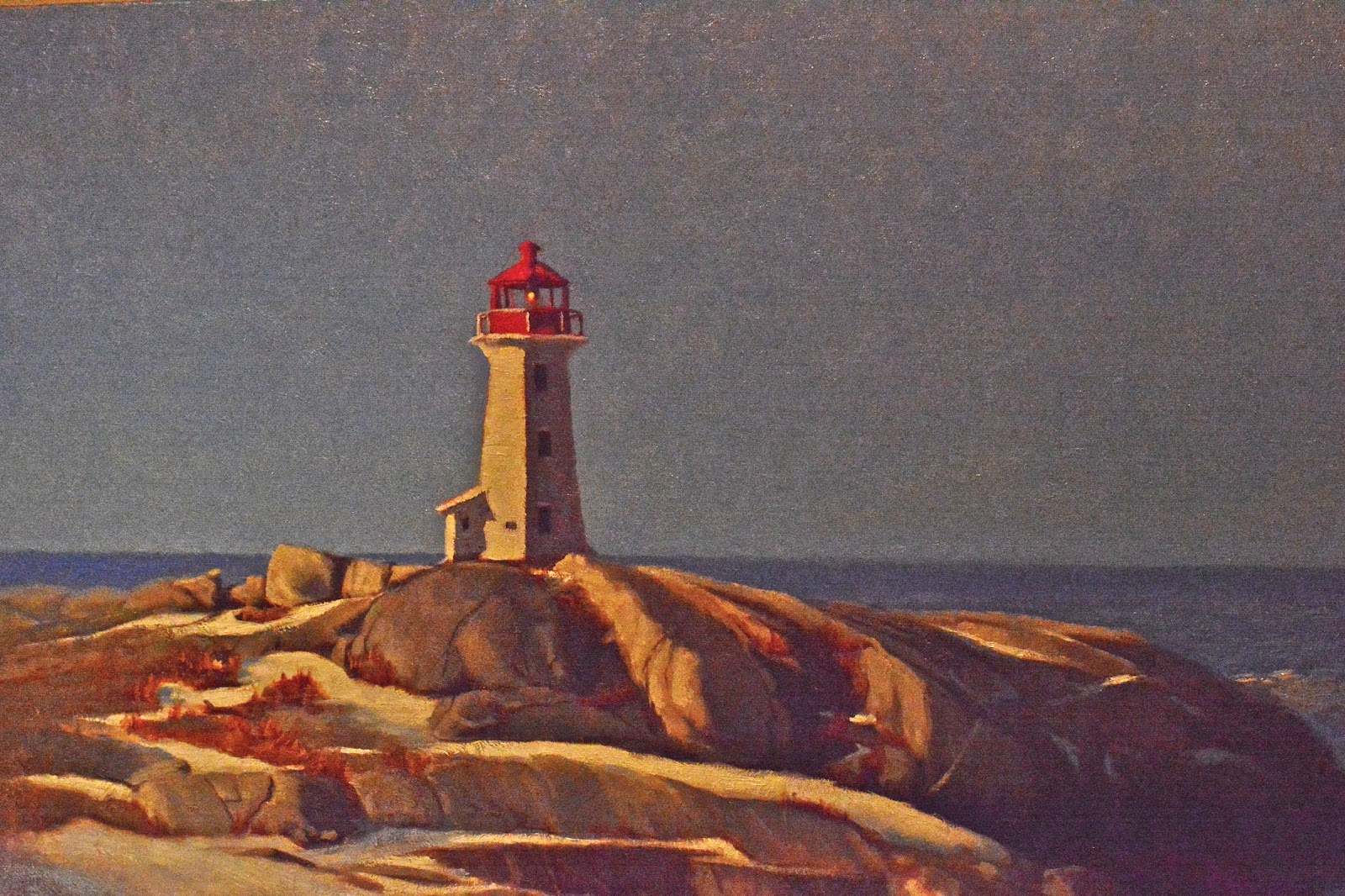 I noticed this painting for the first time as well.  It's another one with artist unnamed for now, though I will update as soon as possible.  It makes me think of Boundary Bay, where Bill and I spent many happy hours a couple of years back. 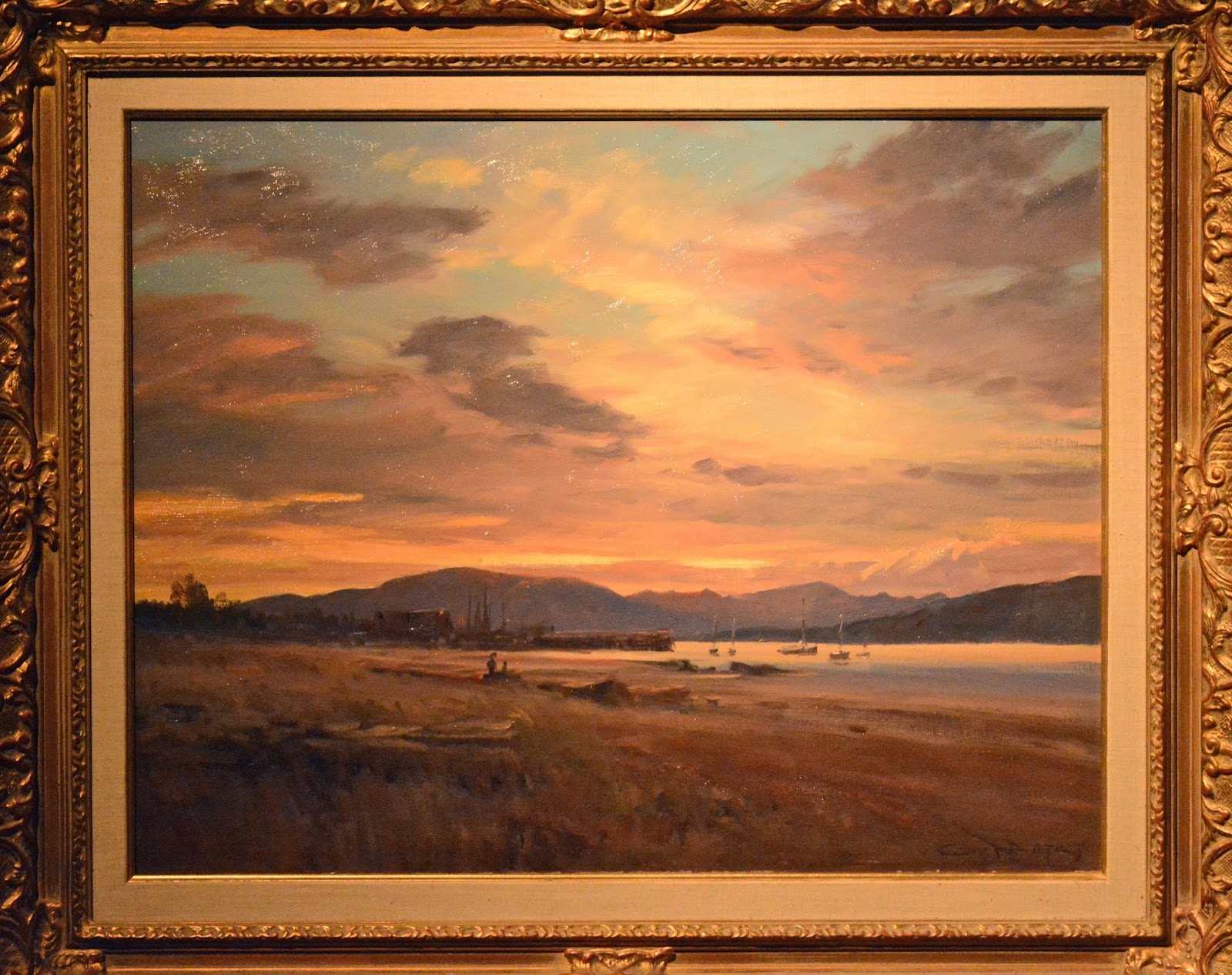 It was quite a trick to ride our bikes yesterday.  Here we are, in the garage passageway in our building, beside the room where Bill locks up our bikes.  I wish I had the full length version of Bill.  He is in shorts and a soaked down jacket, but he's still smiling :)  Believe it or not, the shorts are practical.  They dry quickly, and if one is going to be wet, one might as well have it against one's skin rather than soaking through layers of material.  The down jacket?  Well, it kept him warm yesterday for our short ride, but a trip to a good sports store to buy us both new bike jackets is definitely imminent :)  And Black Jack?  She has her winter jacket, with a huge towel wrapped over that, and topping off the ensemble is a large garbage bag.  Her head got wet, but the rest of her body was cozy warm.  Quite the production, though, to get everything tucked around her in the basket.  We may have to go to a smaller towel and a rainproof poncho designed for dogs.  Thank you to those who wished her well after a recent stomach upset.  She is back to normal this morning.  Yay!!  Have a wonderful Sunday, everyone! 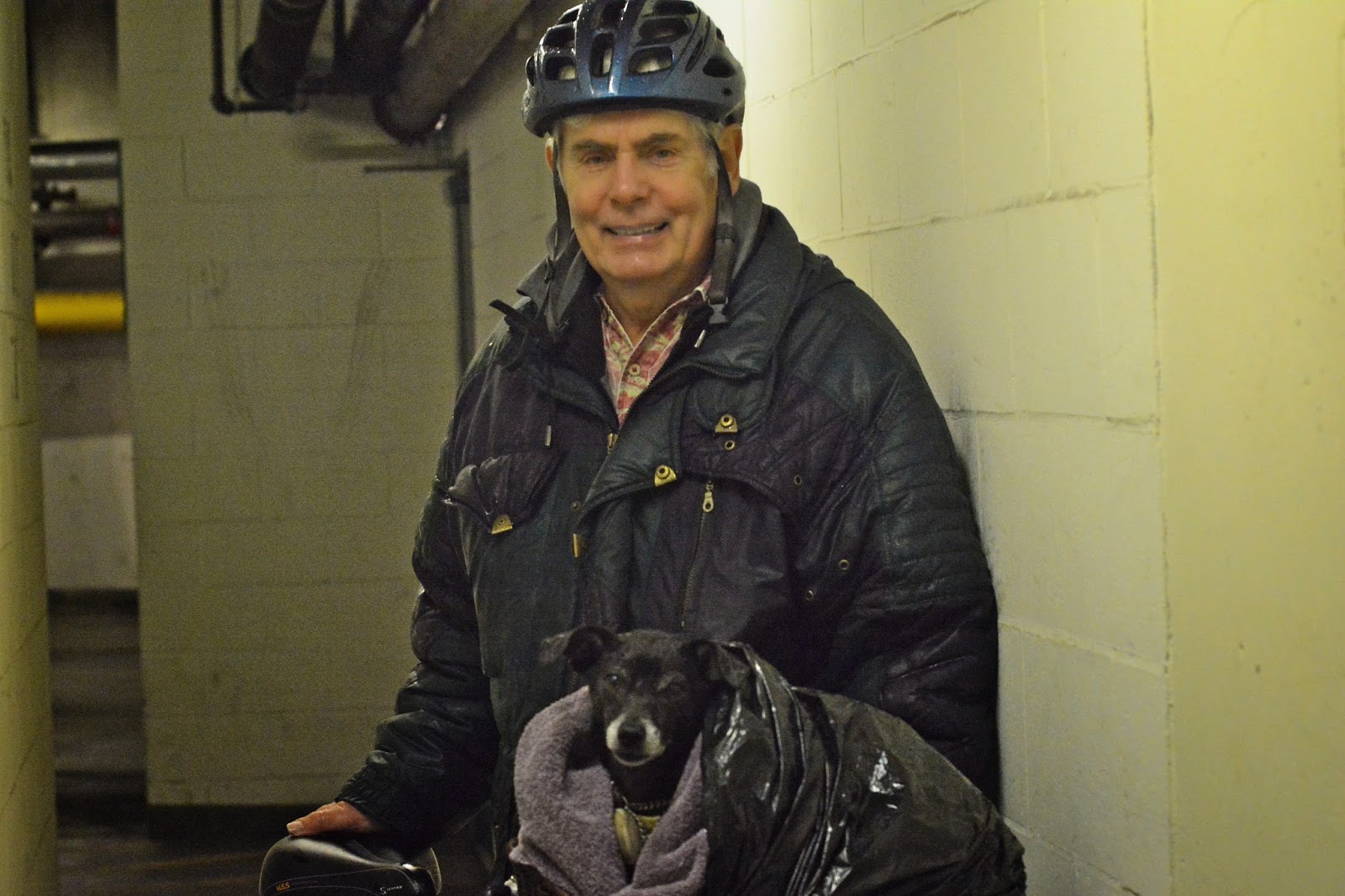