Oranges and Conversations with Strangers and Friends

A few unexpected oranges appeared yesterday as we walked around the Olympic Village park area, and as I so often do, I thought of Maria's Orange You Glad It's Friday meme.  My thanks to her for hosting.  These are growing up along the edge of False Creek. 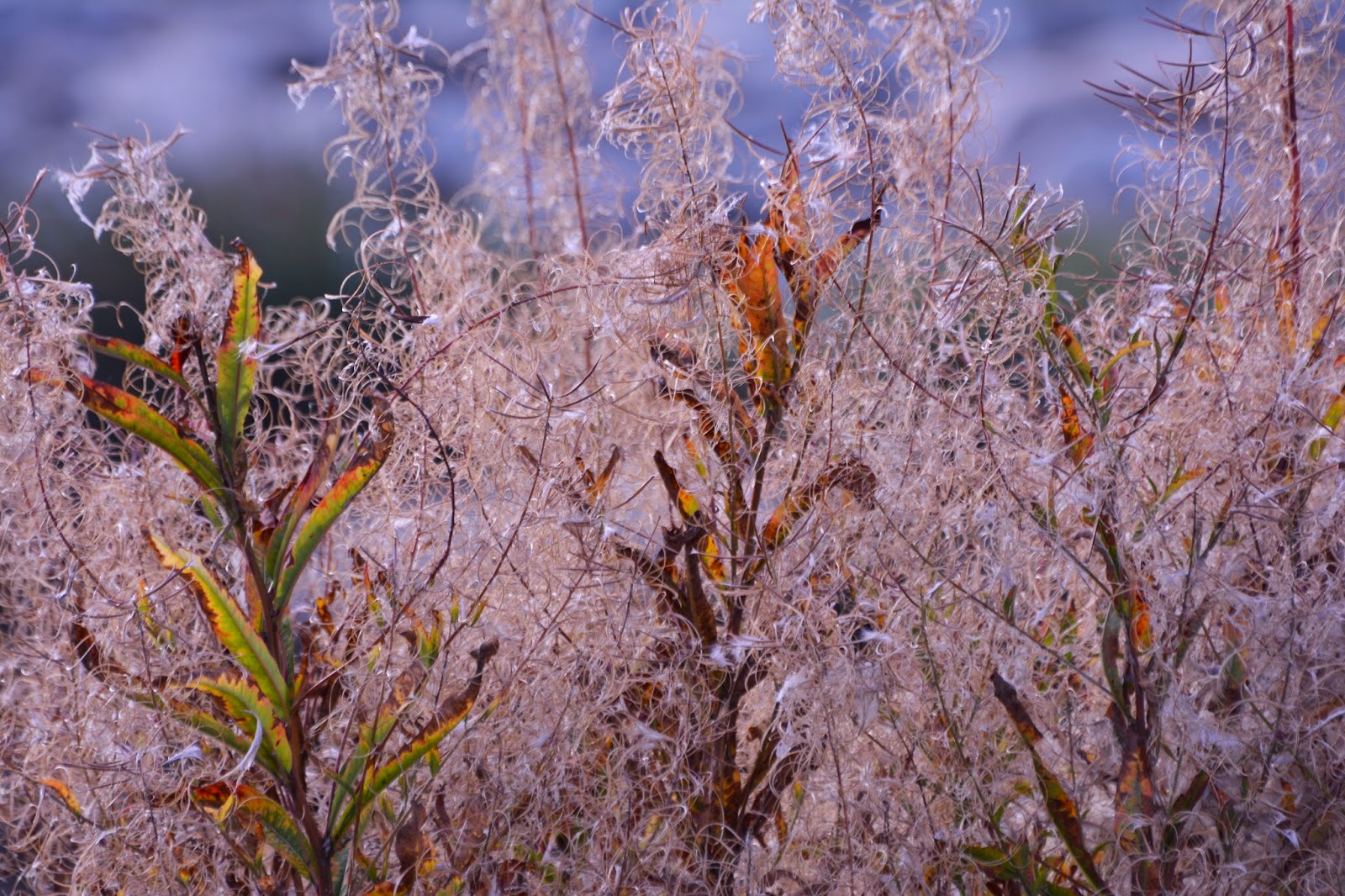 After some playtime with Black Jack, we walked under the foot bridge that you can see behind Bill.  You can also see the Cambie Bridge at the top of the photo (one of three bridges that cross the creek), as well the bike path that we took to get there.  Parts of it are shared with walkers.  We have had on and off rain, but the minute it stops, it seems that people slip from their offices or apartments and head for the outdoors. 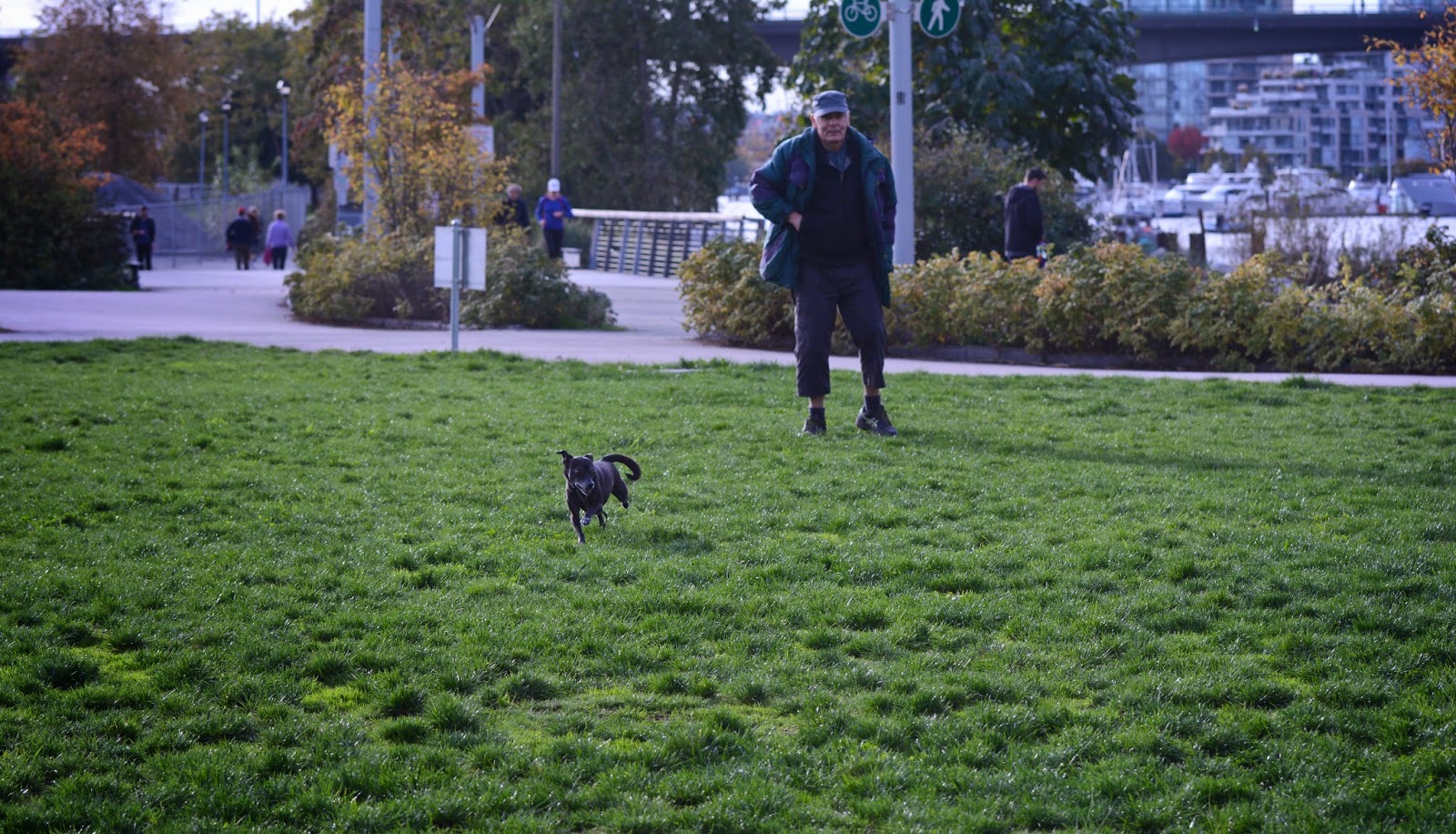 This is a park we visit at least a couple of times a week, but every time we go, something new appears.  Yesterday, mushrooms had sprouted up in the grass, 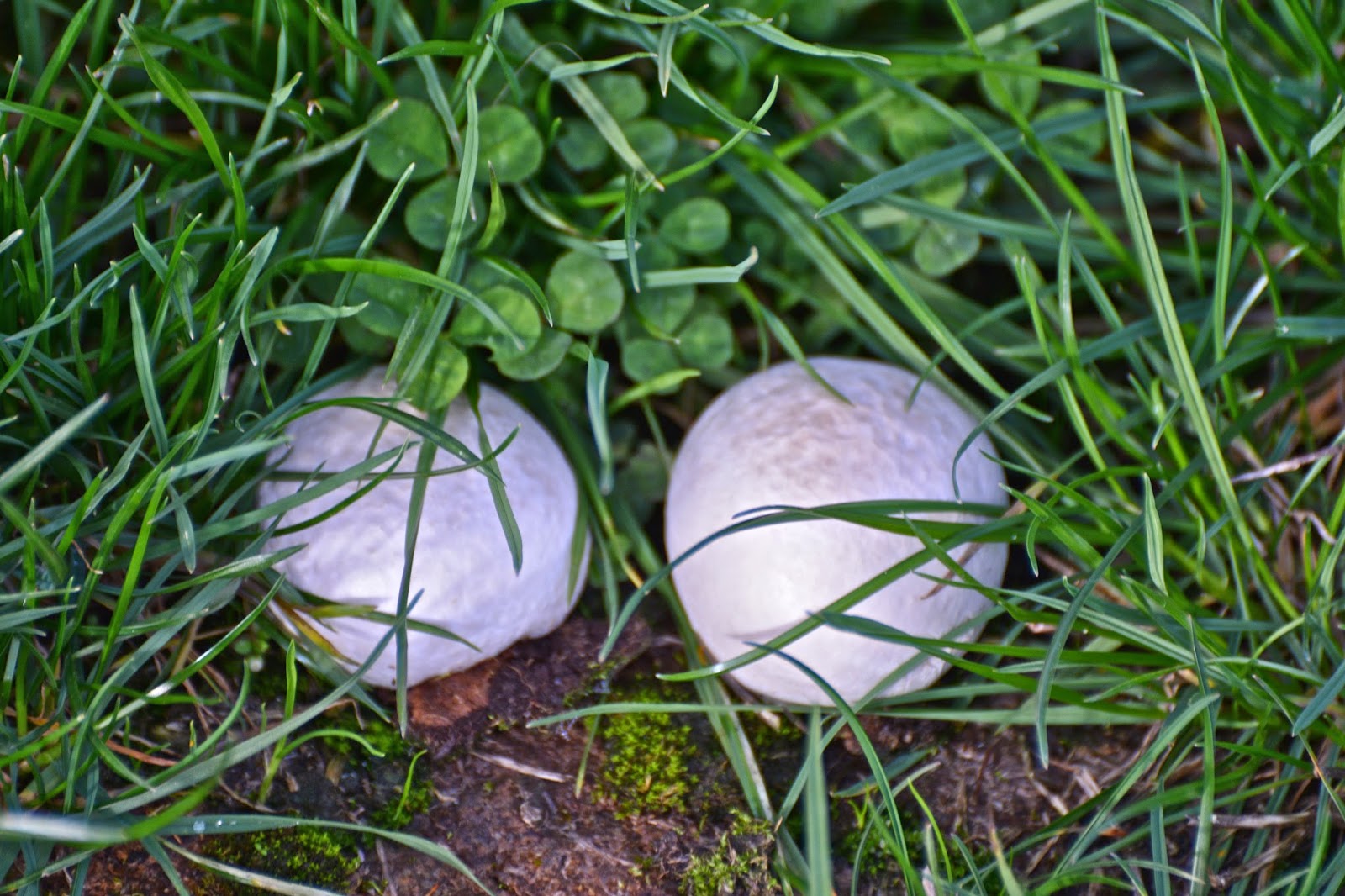 and a kind of orange fungus growing from some logs along the water's edge called out an insistent, "Don't forget it's Orange You Glad It's Friday day tomorrow!" 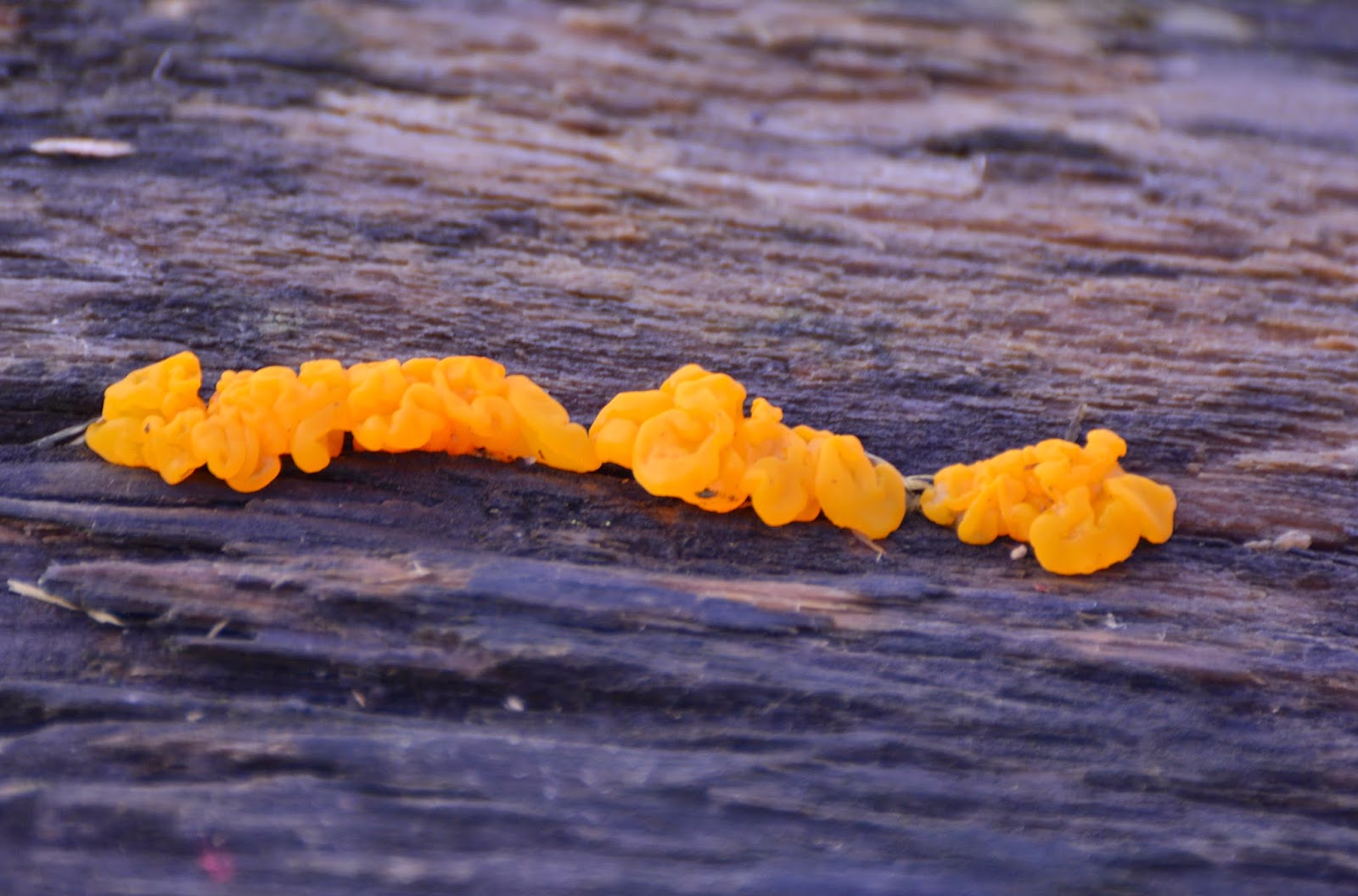 I was quite taken with the twists and curls of this plant.. 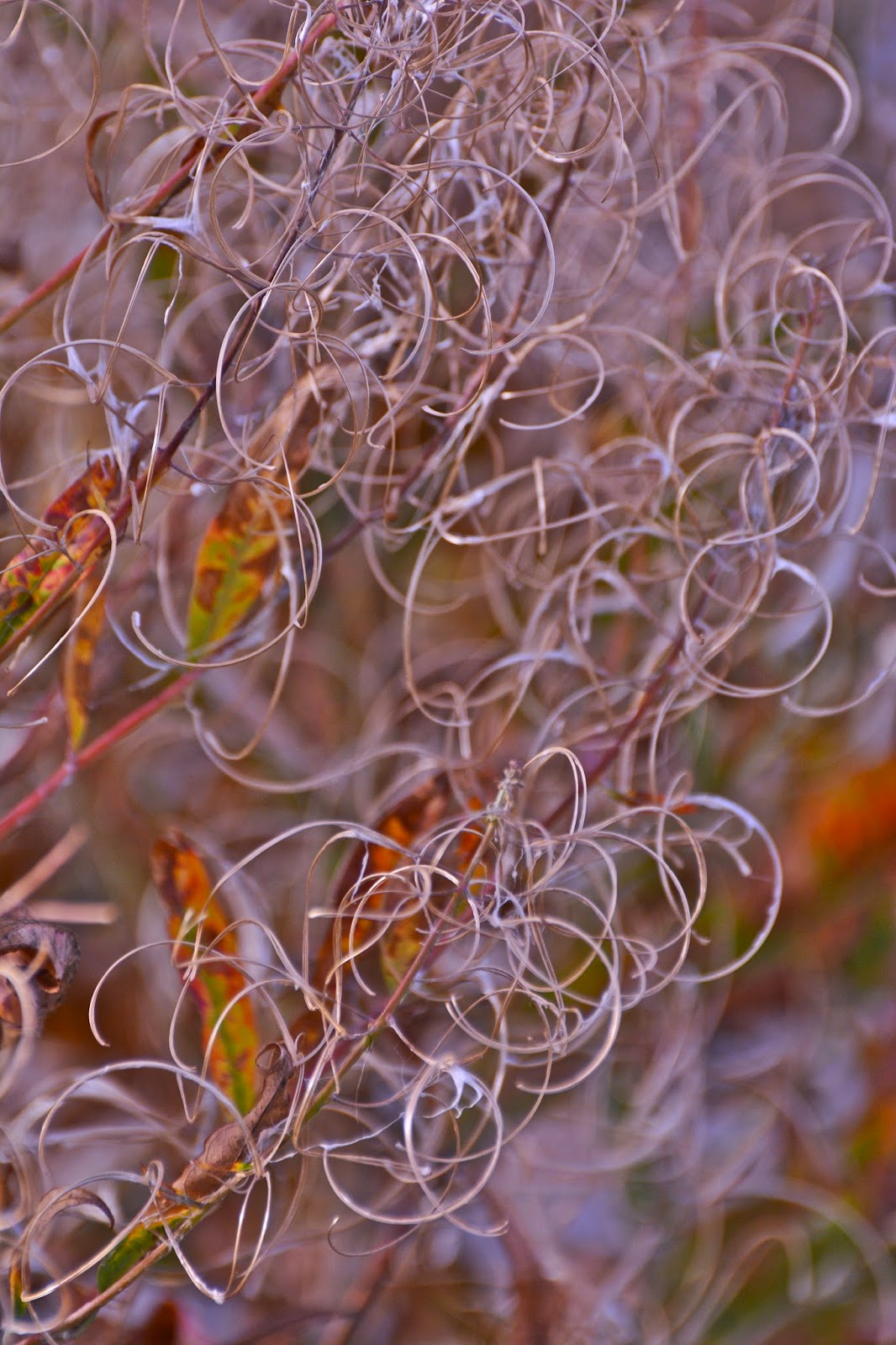 though I apologize for not being able to name it. 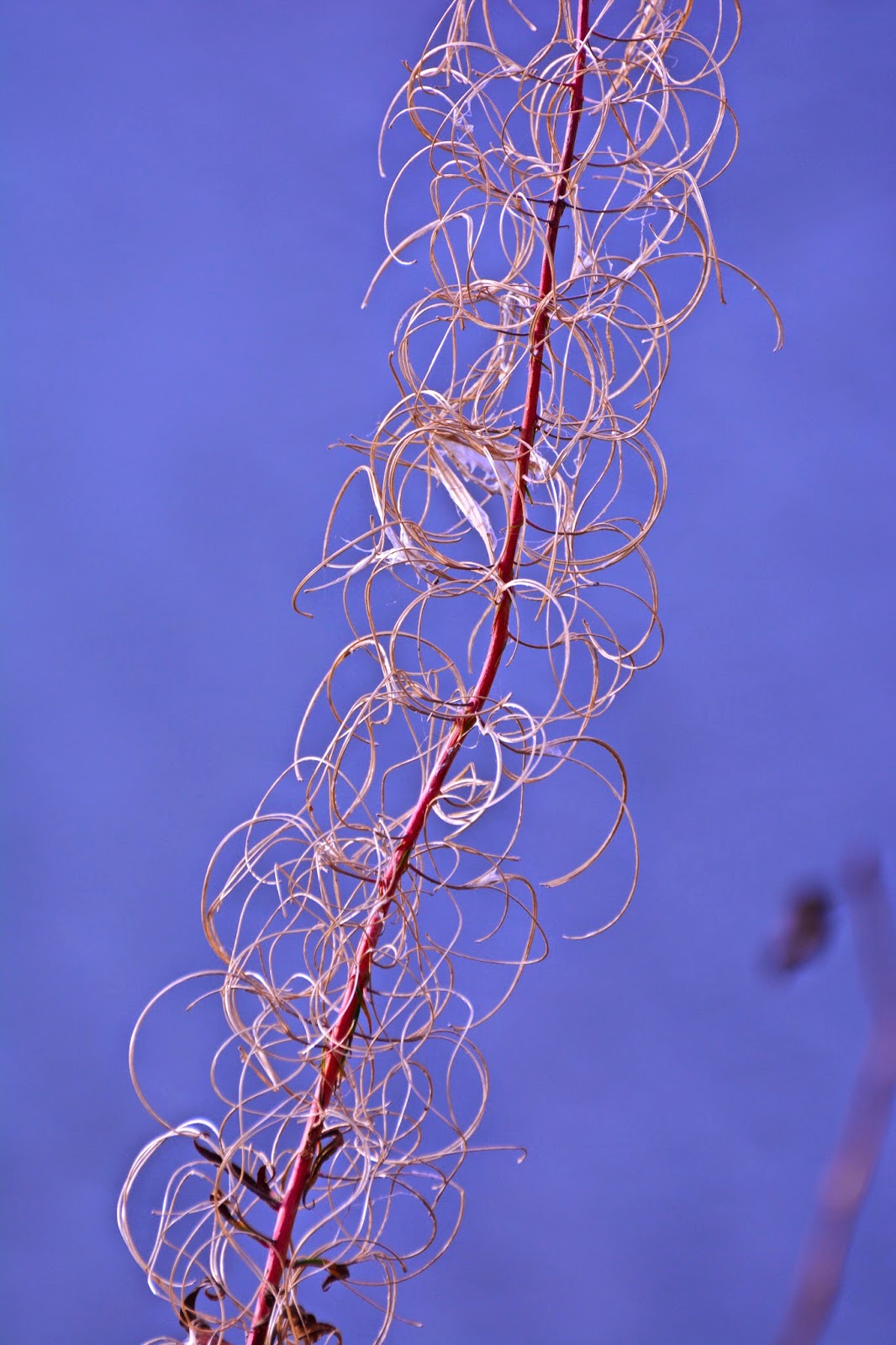 Black Jack was in fine form, 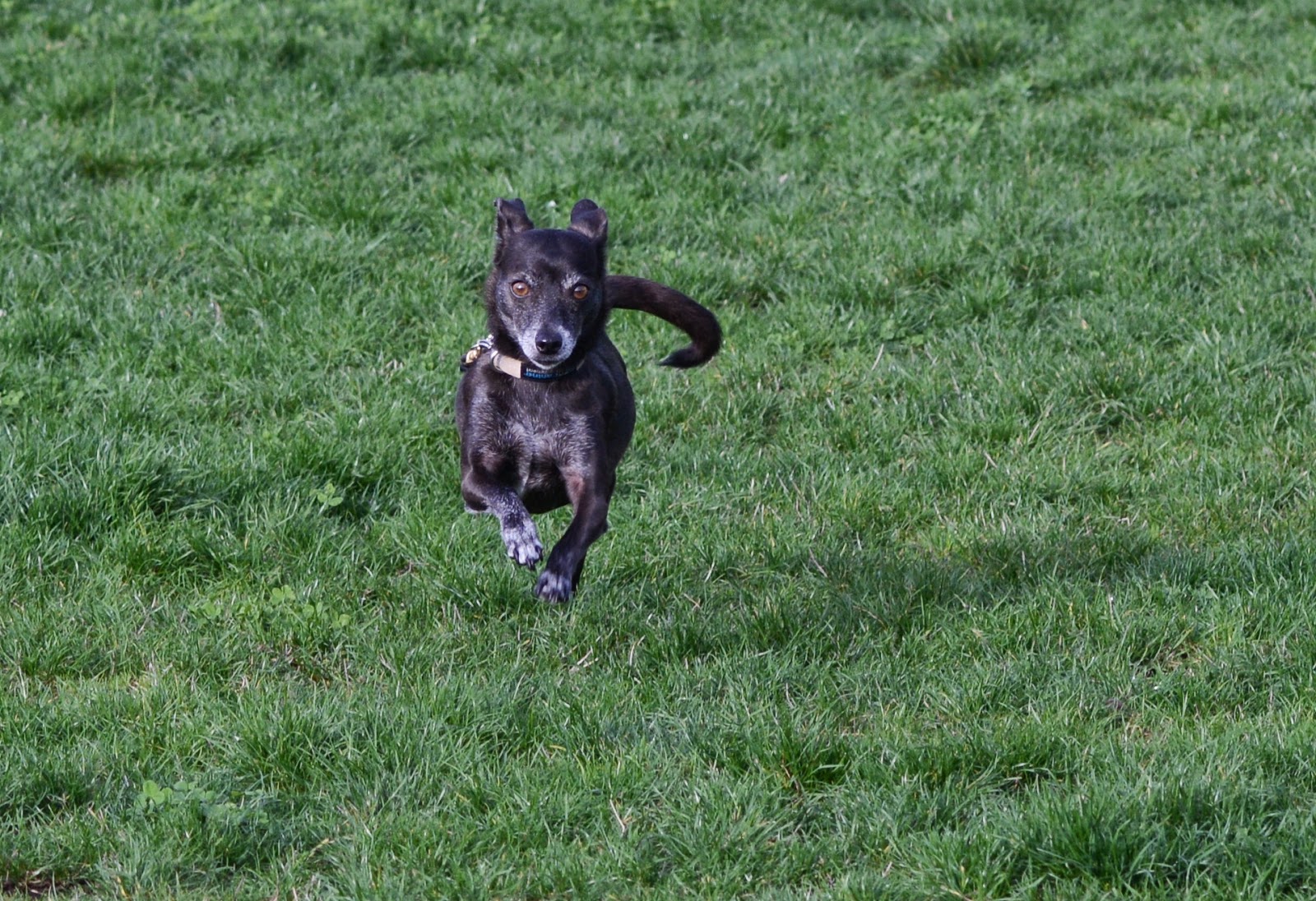 and eagerly led Bill down to the water's edge.  Believe it or not, as many times as we've been to that location, we hadn't explored this little path. 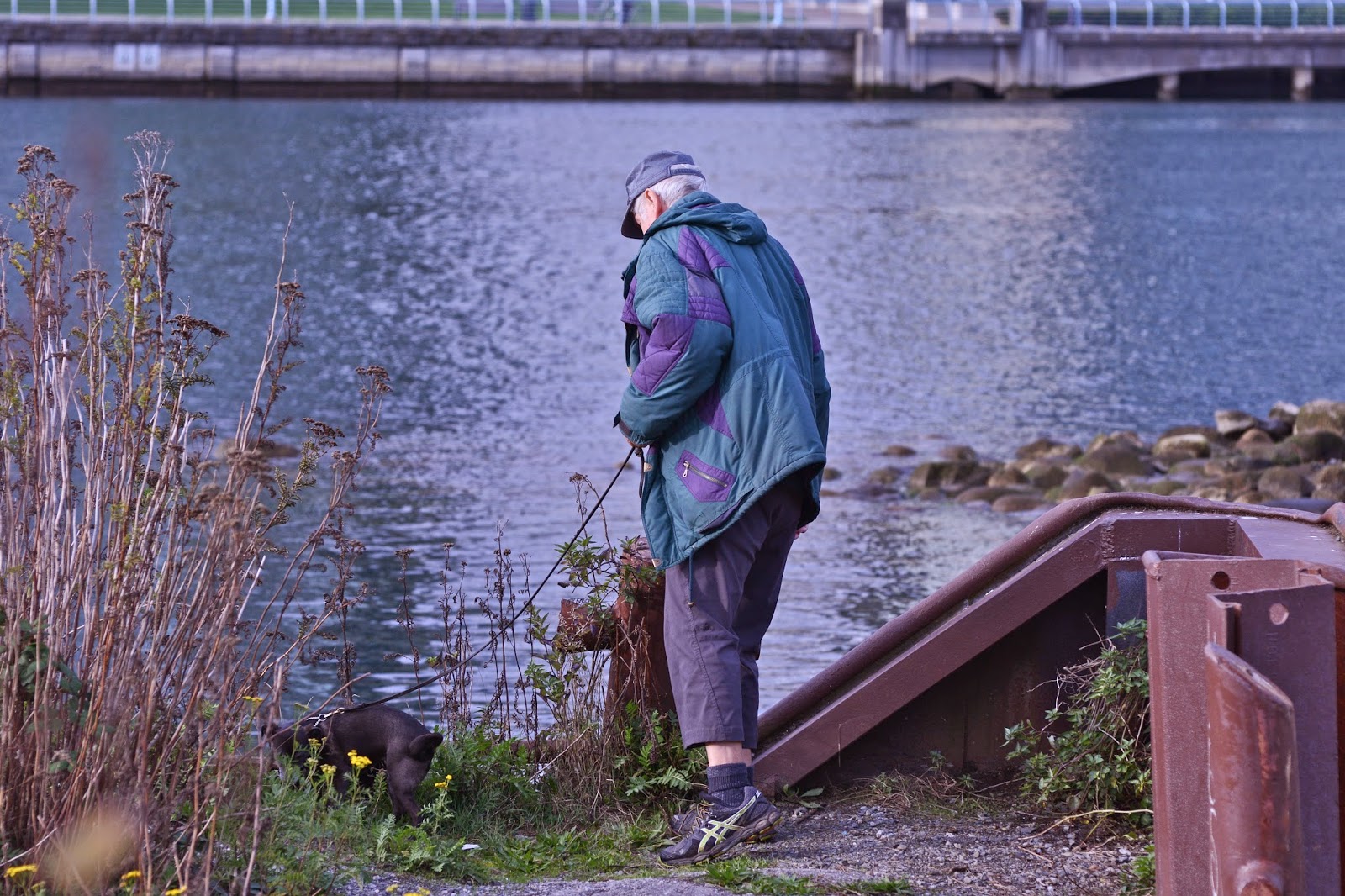 I took a reflection shot before.. 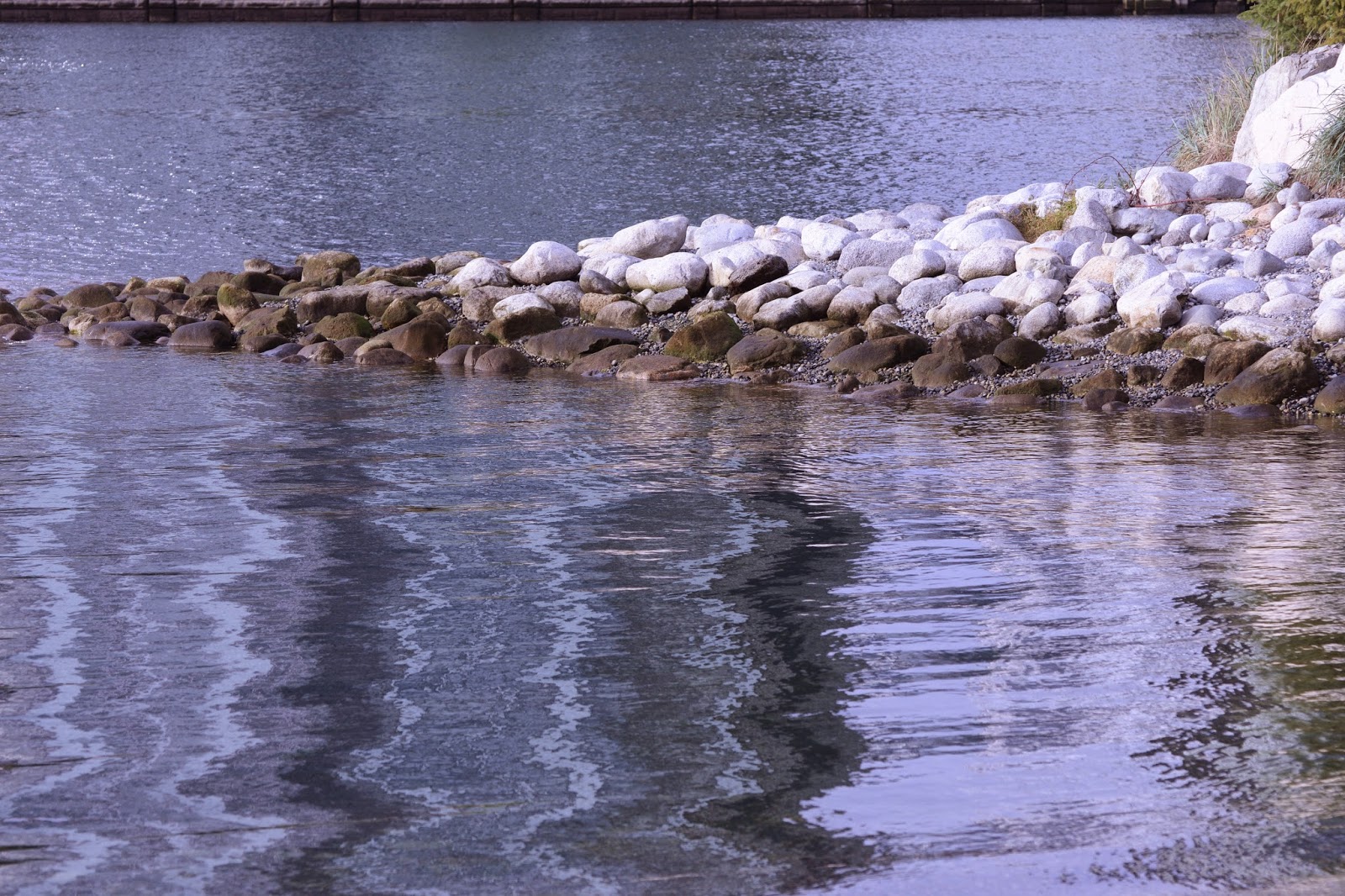 looking across the water to see one biker and one walker and maybe a little bit of orange in the treetops. 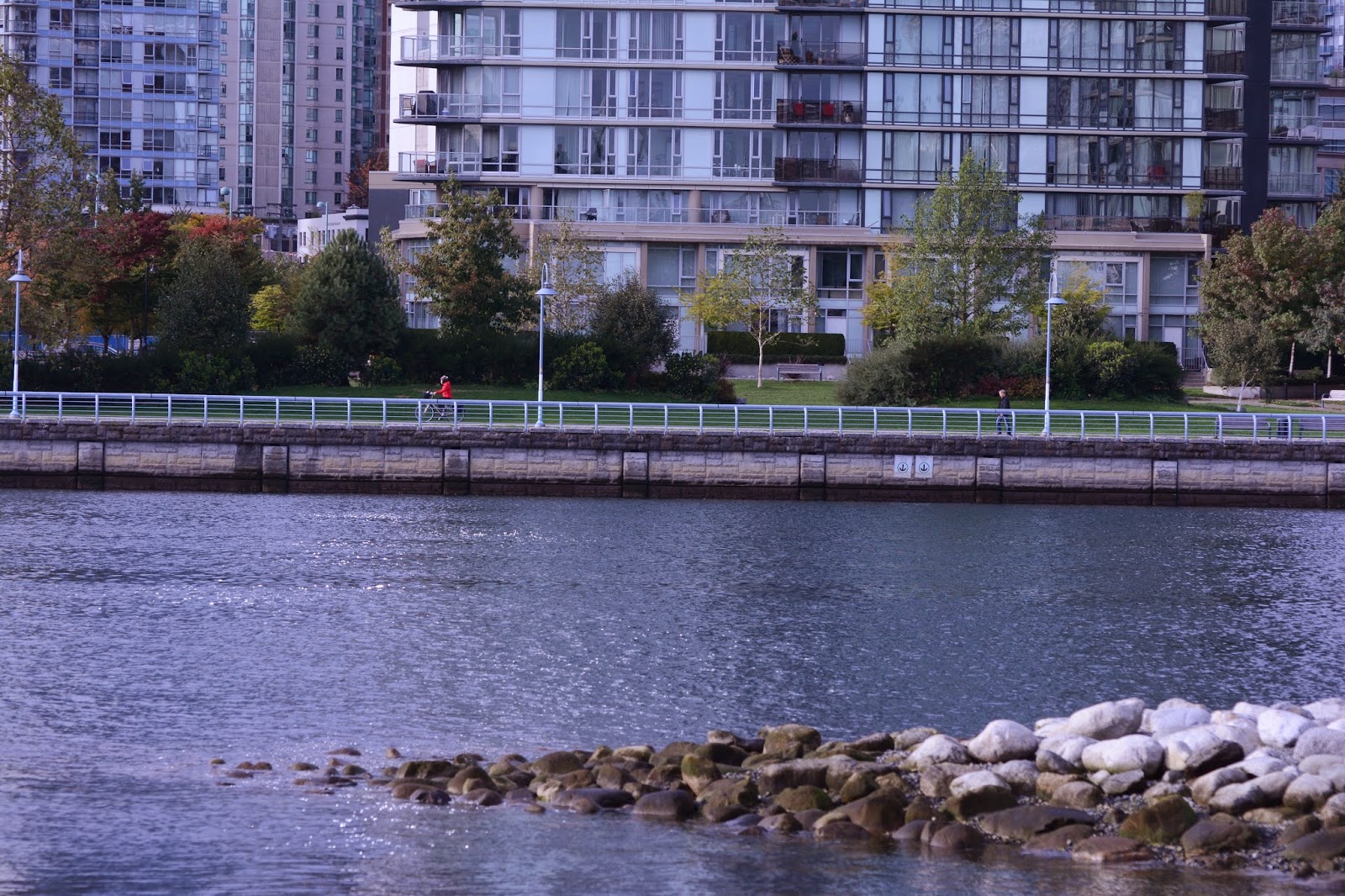 This little spot of land is one of my favourites but we didn't go across the stepping stones to explore it yesterday. 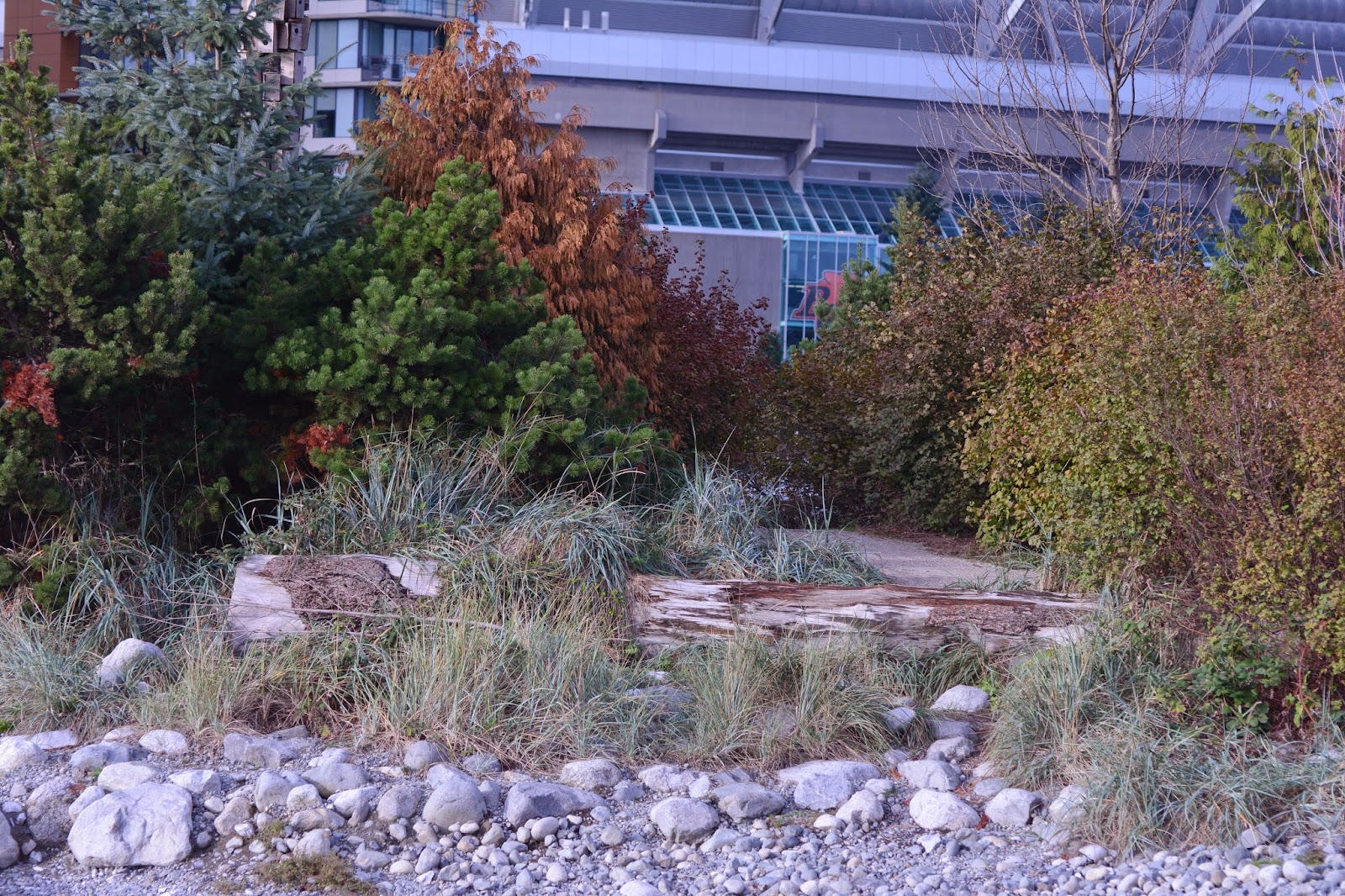 Black Jack had other ideas. 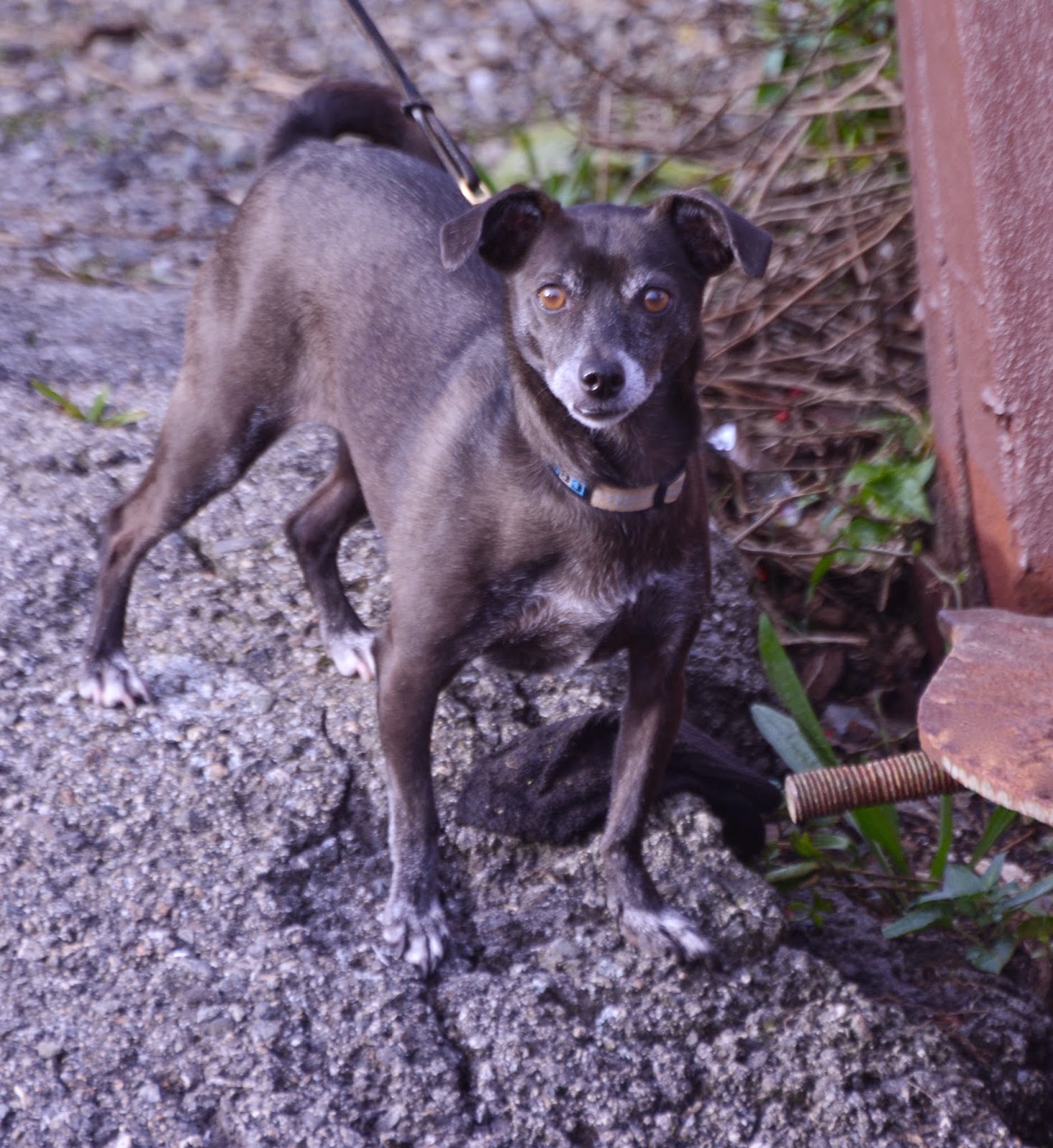 Believe it or not, we had never seen this dock.  The ramp to it was locked, but a man sat on a rock looking over it, and we enjoyed a gentle conversation with him.  He had been watching the younger seagull cry piteously to the parent and was relieved that a small offering of food had settled the hunger pangs enough that both seagulls could rest for a bit. 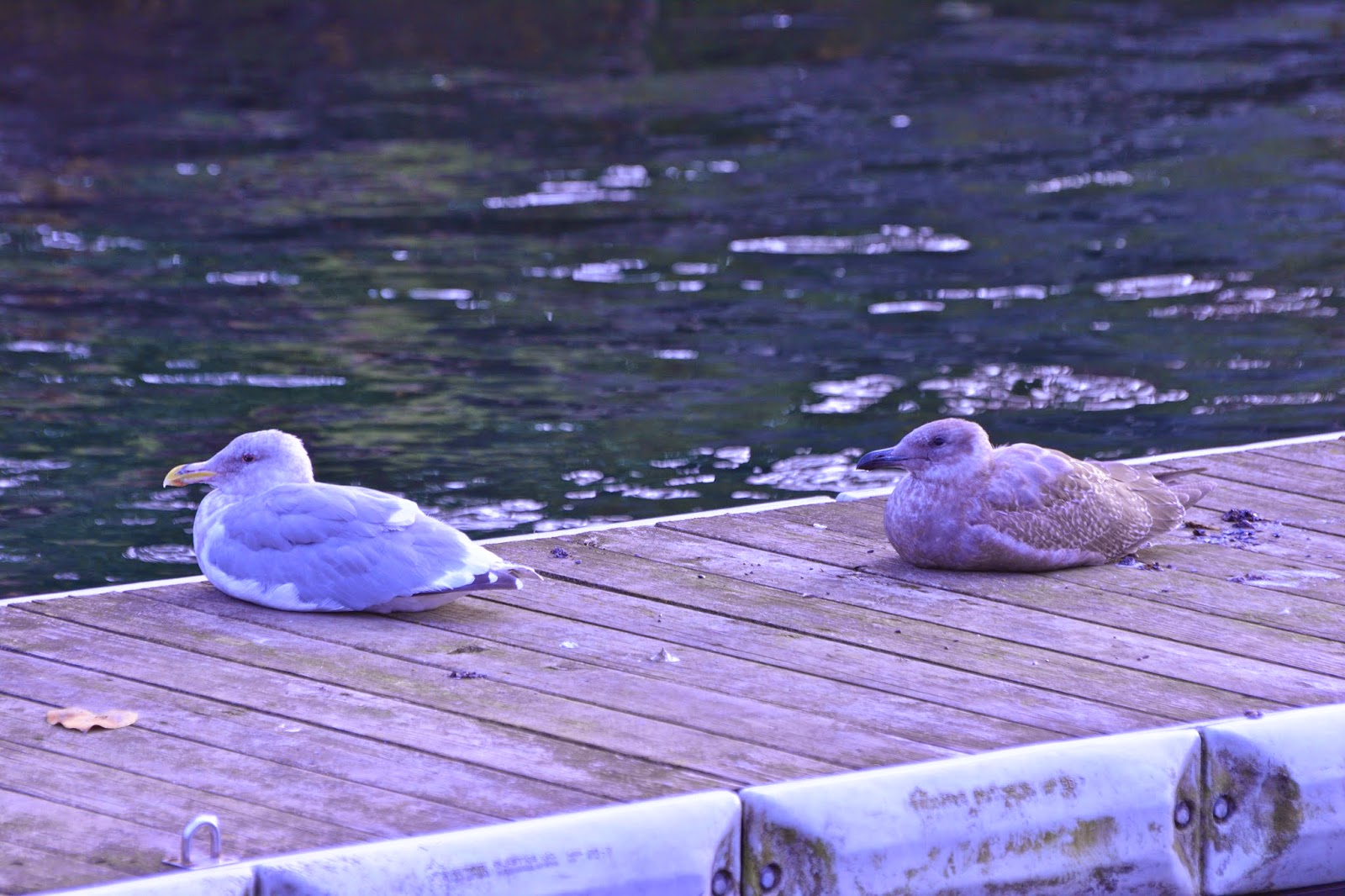 We had never seen this fence before, though it is only a few steps removed from the bike path.  The gentleman told us that location is a "secret" one that quite a few people (especially the homeless) know about.  The spot was a reminder that False Creek "was the industrial heartland of Vancouver through the 1950's" (quoted from this site). 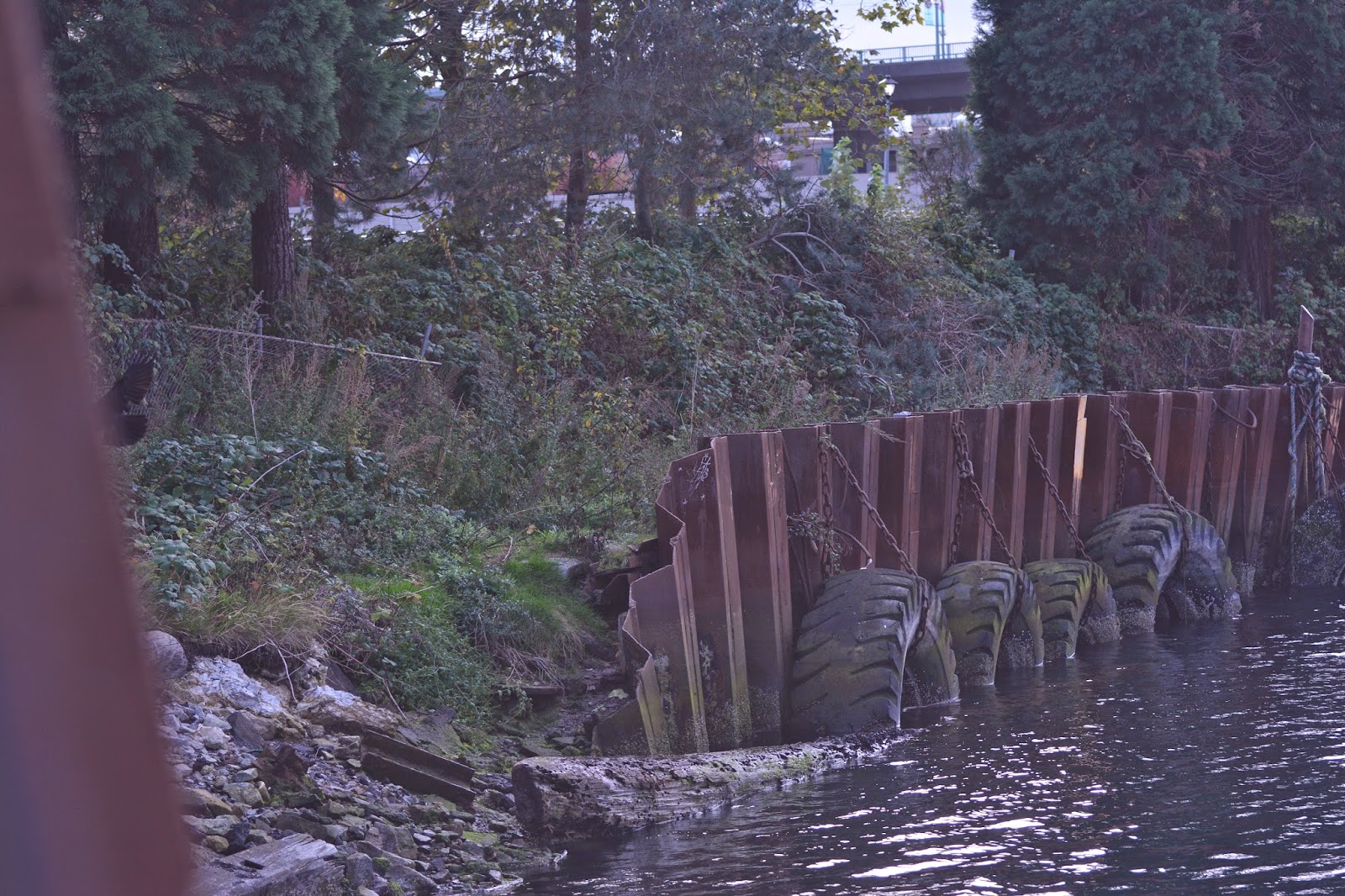 I had the feeling there were many stories that gentleman could have told us, but we bid him a good day, and carried on.  I had the feeling as well that he hadn't minded our little encounter, but was nevertheless relieved to return to his "quiet time" thoughts. 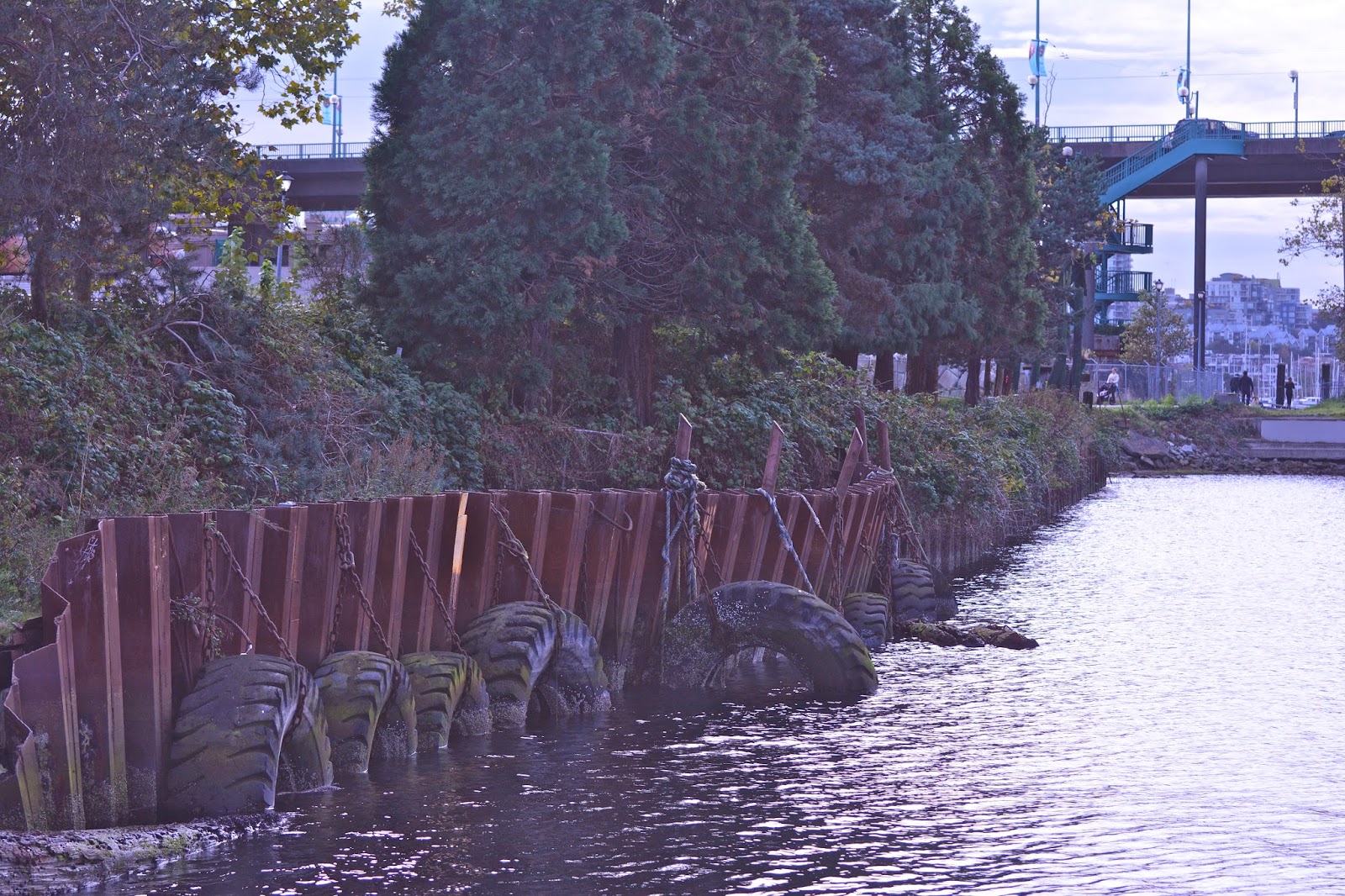 Such a variety of terrain in that area!  Just a few steps away, I looked through a fence that borders the bike lane and saw the crows gathering for their nightly trip to a roosting spot in Burnaby.  I can't imagine, first, what this pile of gravel will become, and second, what was in it that seemed to attract the crows. 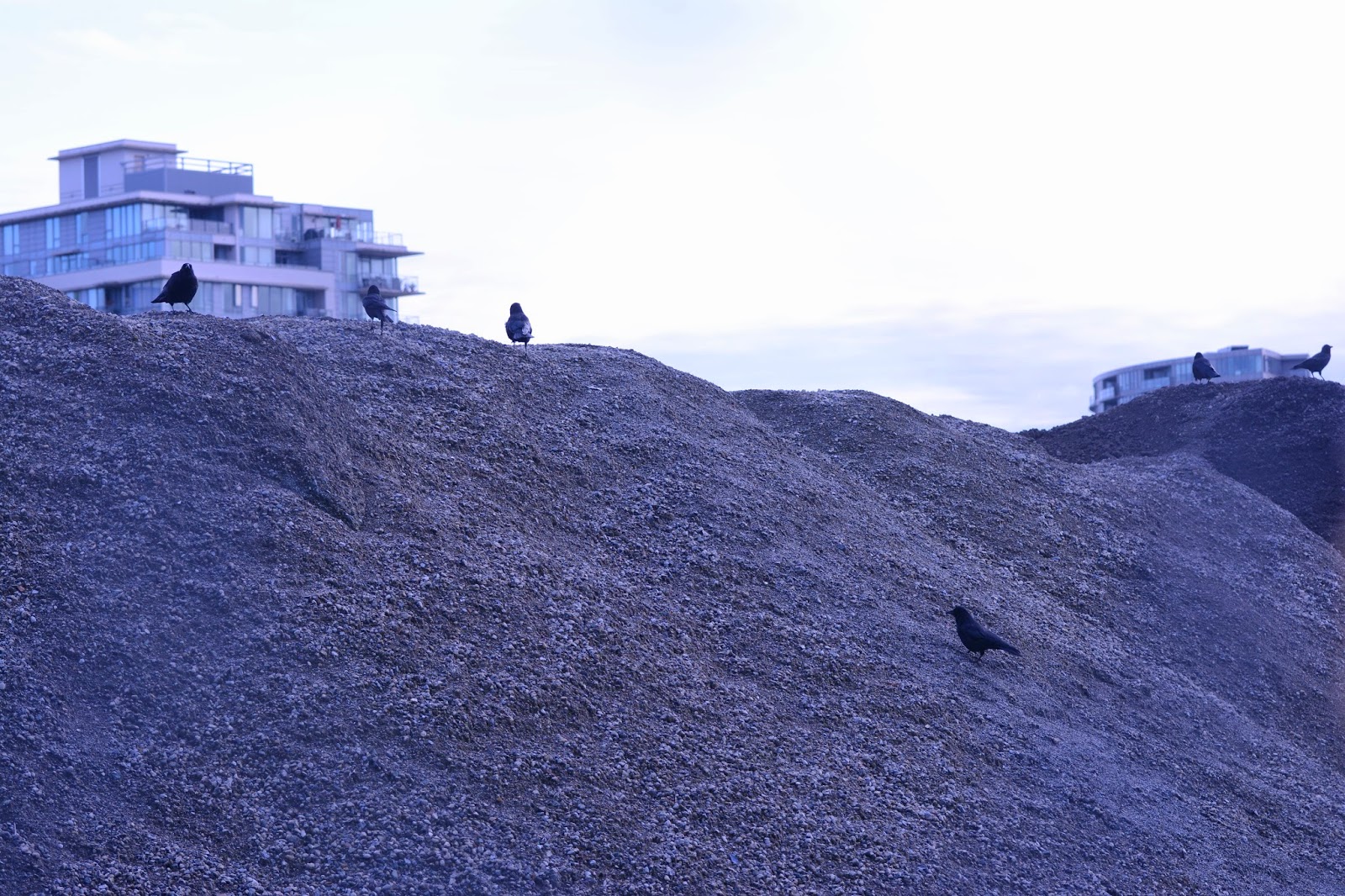 Perhaps, it was a lookout spot to call forth the meeting place, 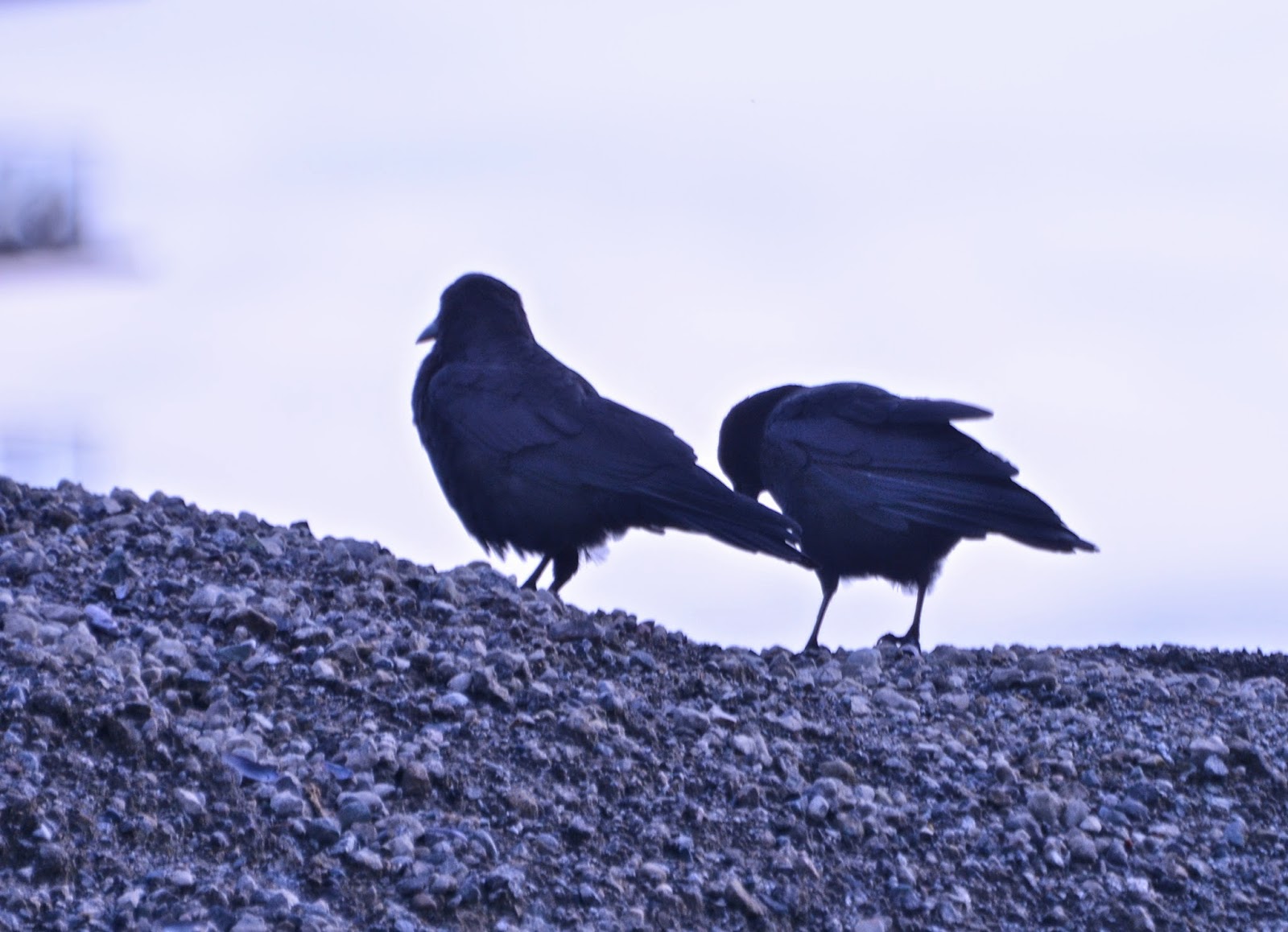 though a nearby tree.. 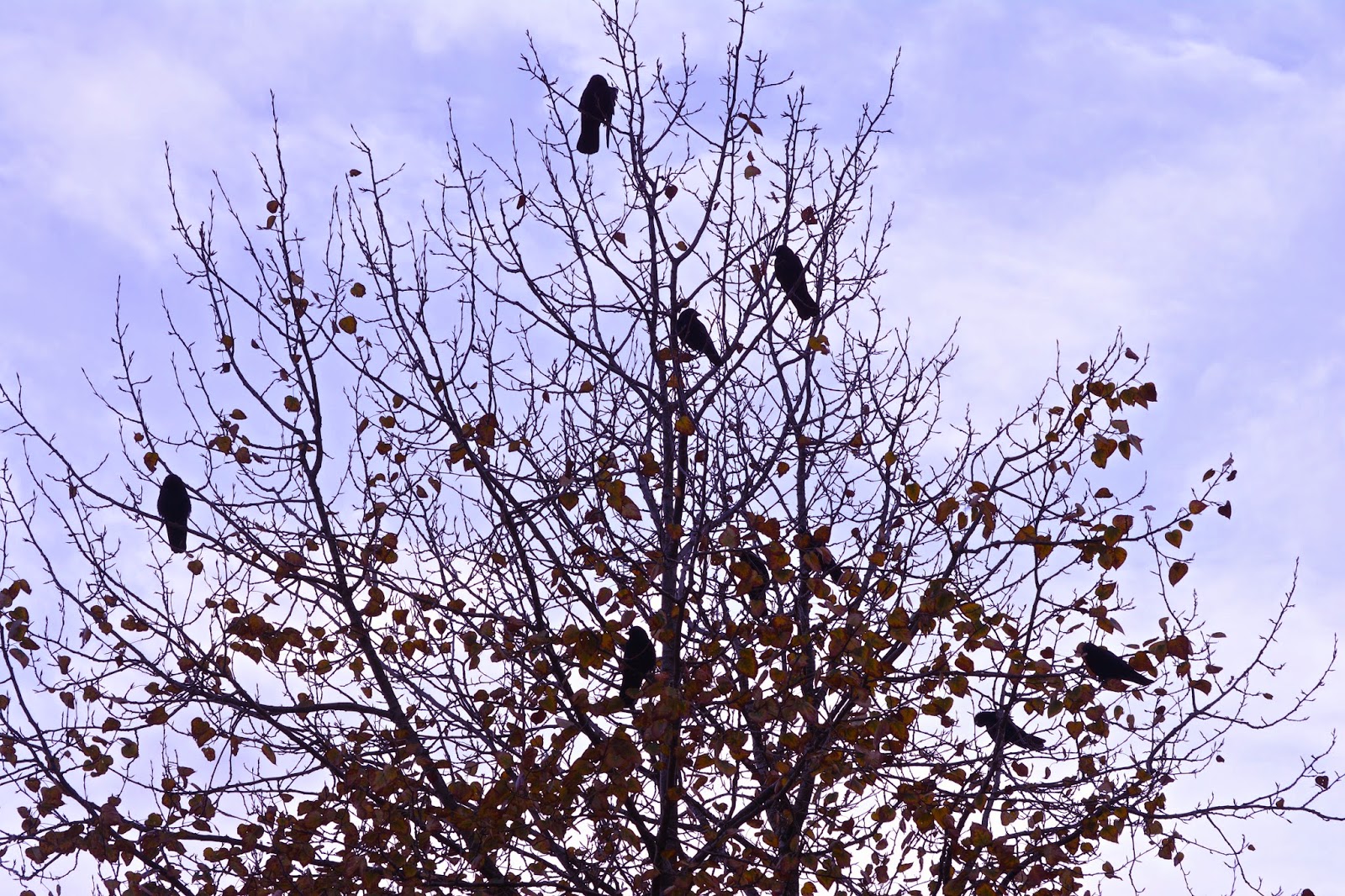 seemed to serve that purpose as well. 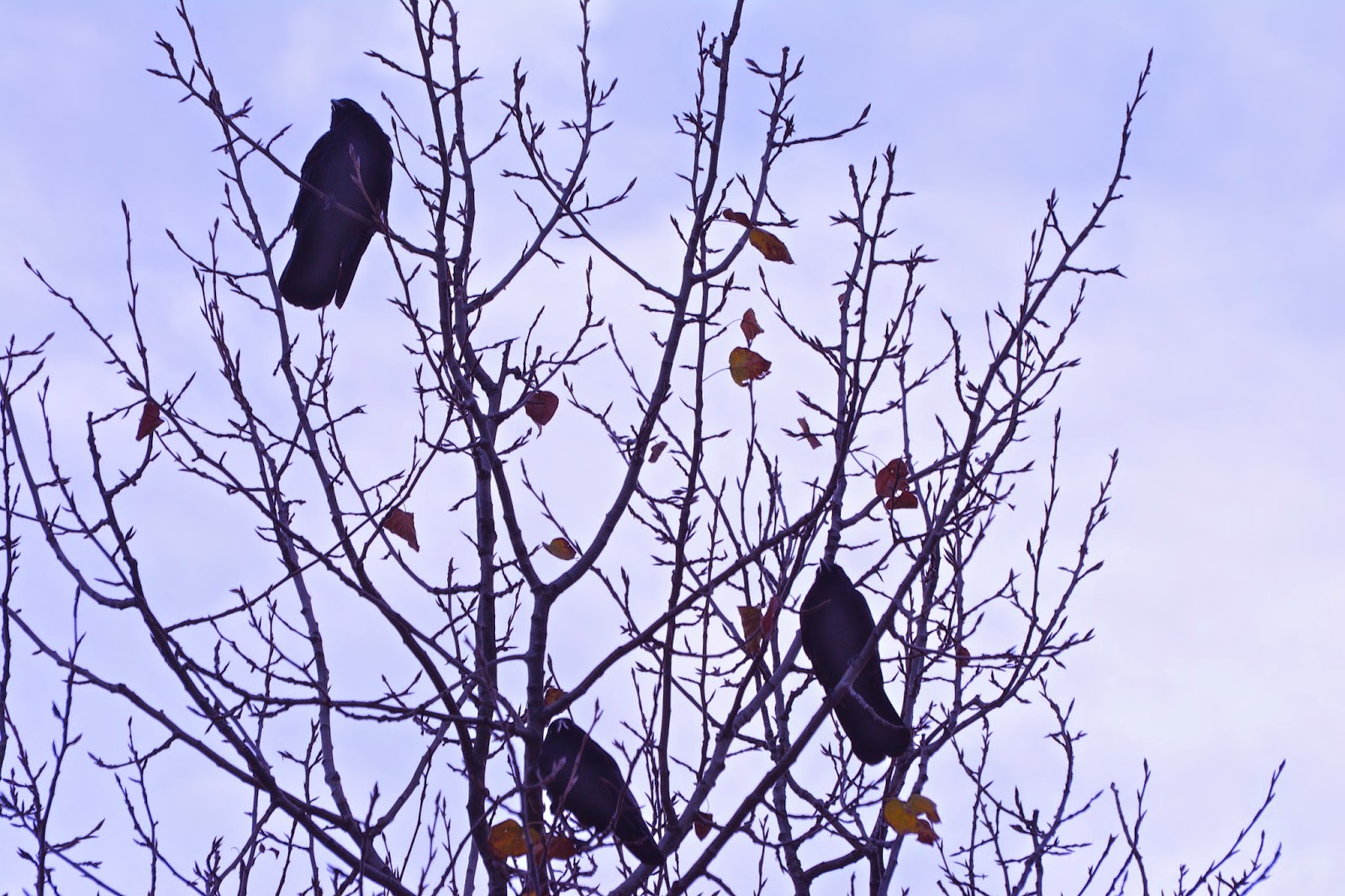 A few crows were lined up at the bottom of the pile (I was taking photos through the fence, so they aren't the clearest).. 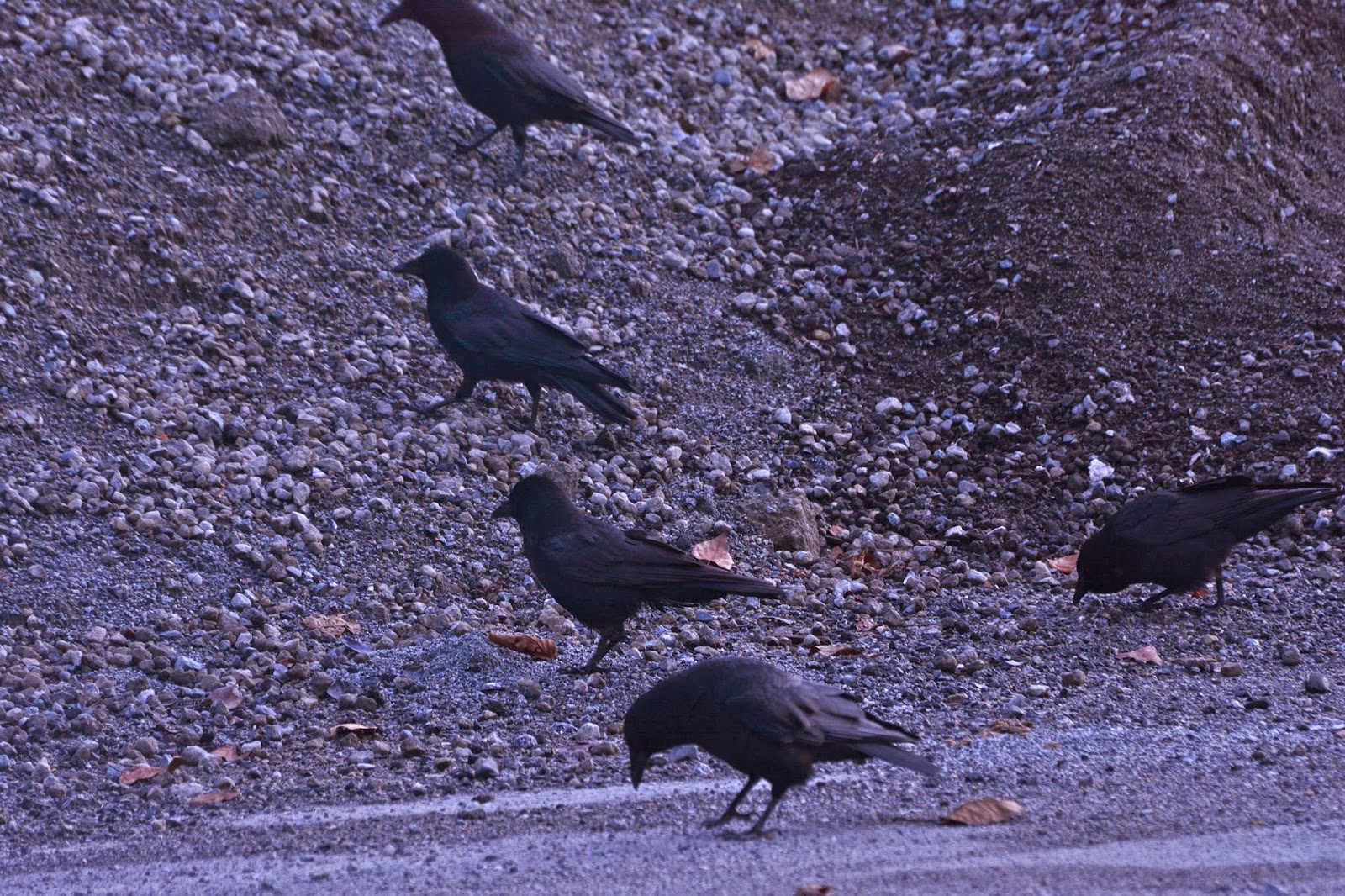 and just a few feet to the right of that pile of gravel, this strange art (?).. 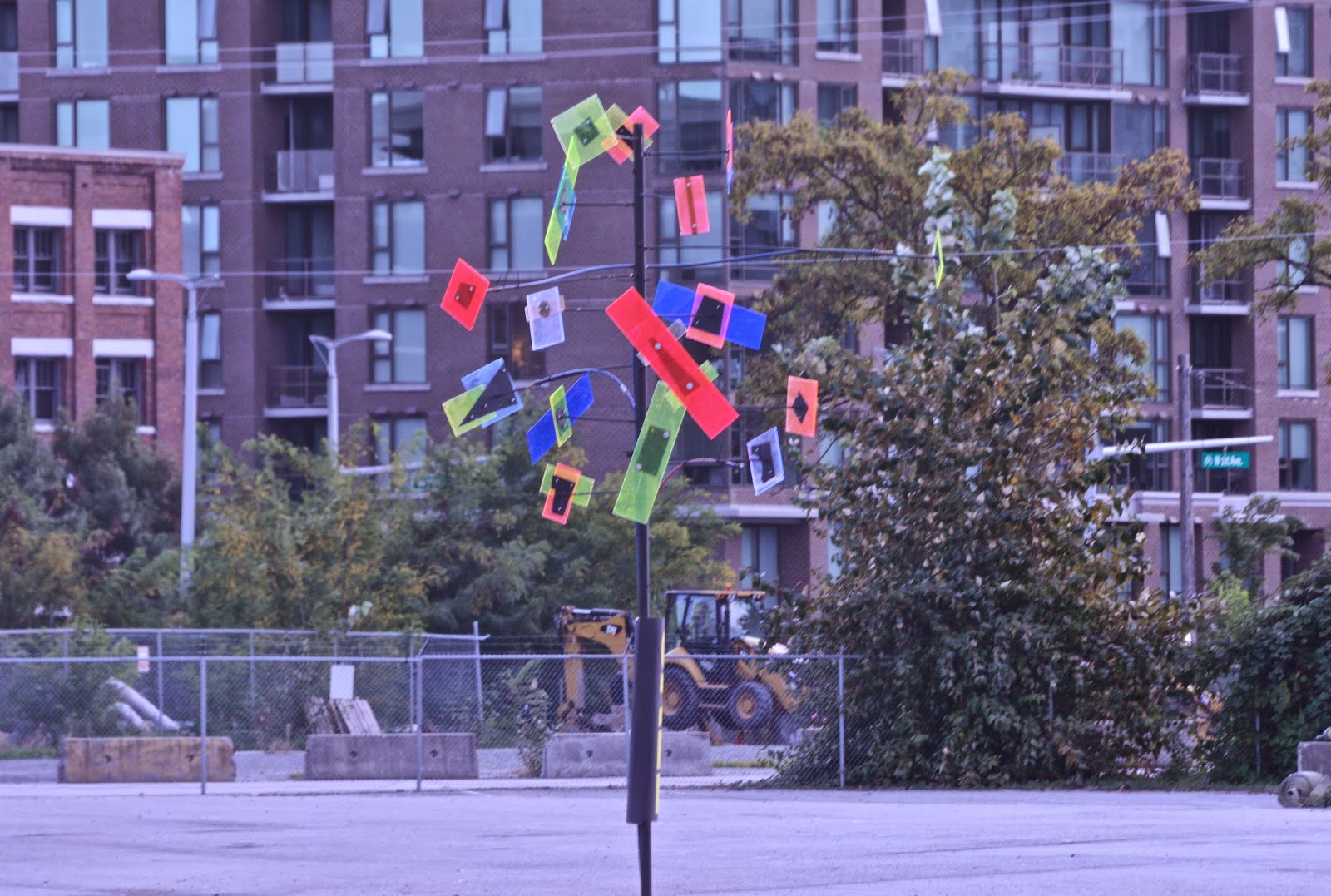 seemed to have been dropped into the middle of an empty lot.  We had never seen it before.  Perhaps something to explore another day, as I can't make out any sign or explanation from these photos. 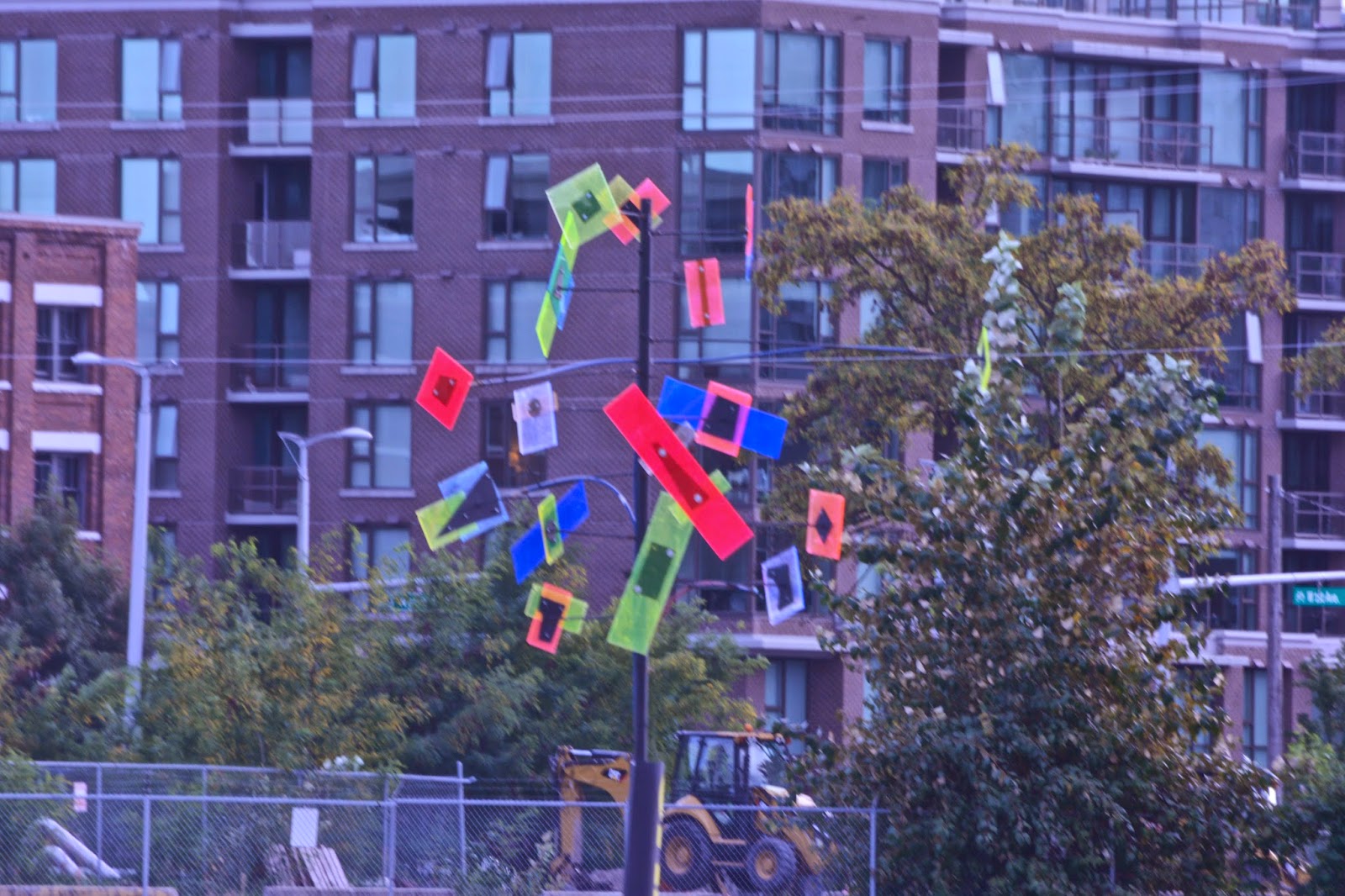 Looking back towards the creek, I liked the curly tendrils of this tree, 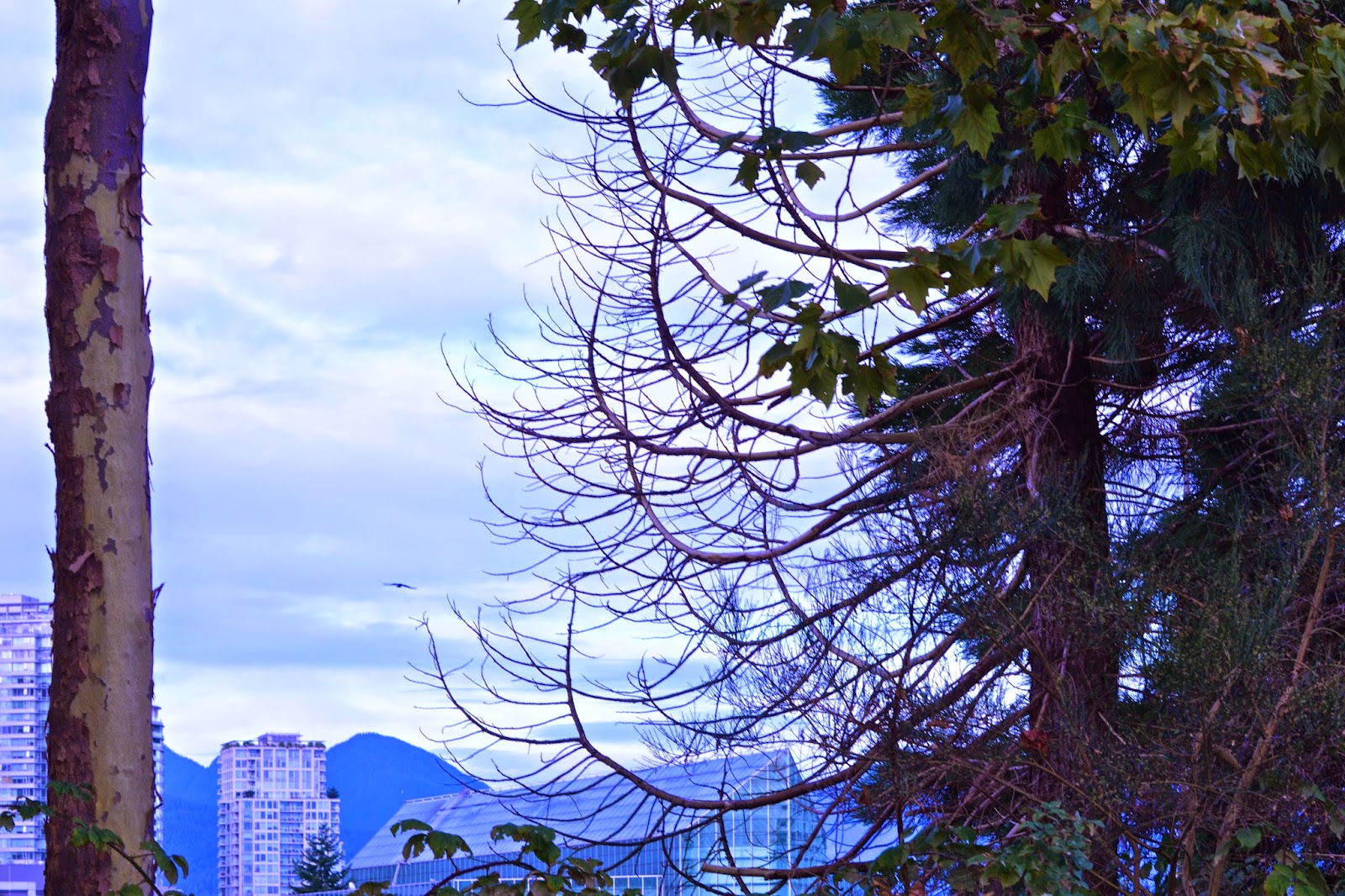 and the faint colours beginning to appear in the sky. 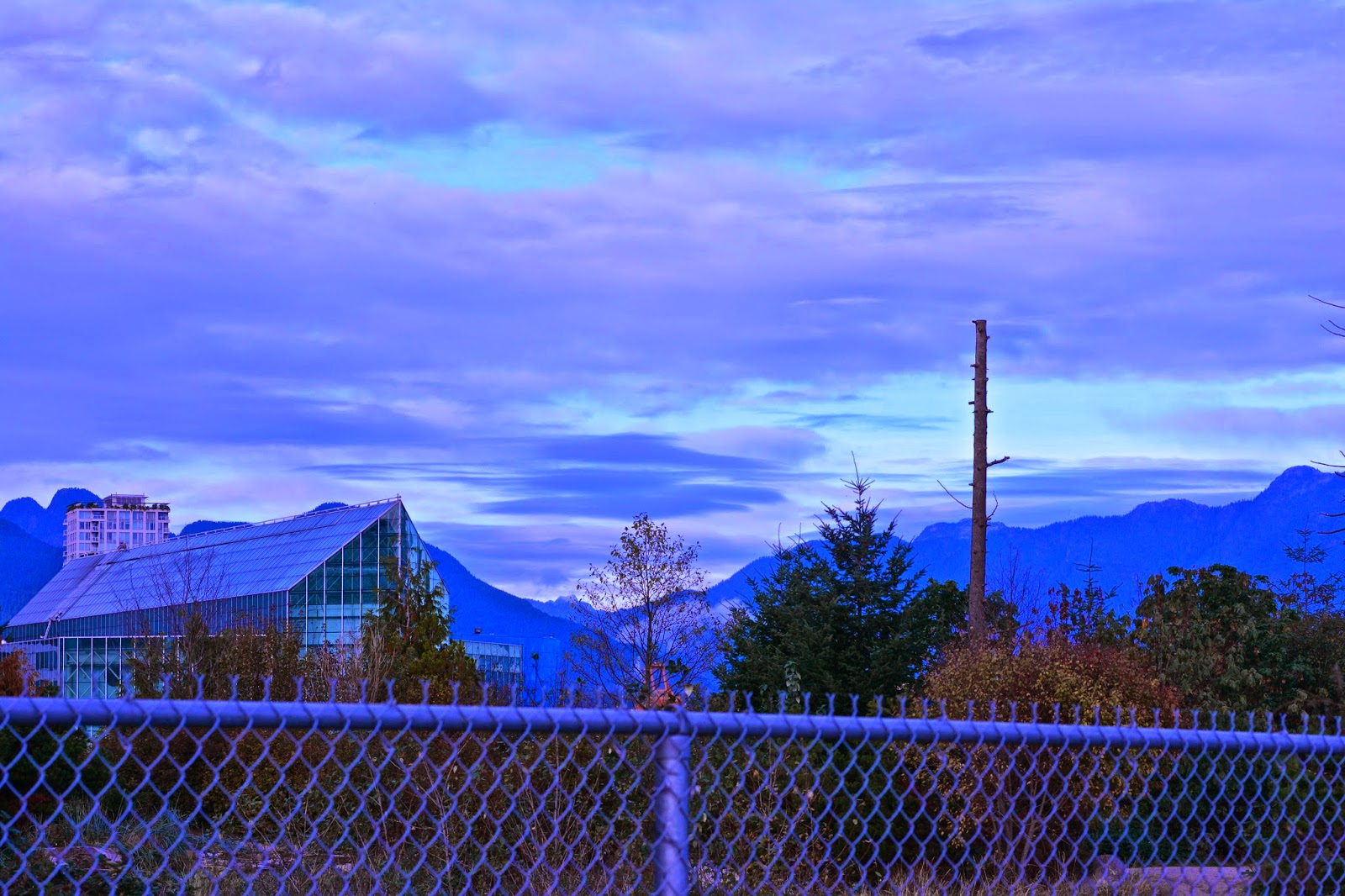 On the way back to our bikes, I caught one more bit of orange before we rode to the café at Harrison Galleries for some treats and happy time with Jock and Kitty, two friends who know our habits rather well and were waiting there for a surprise visit with us.  The wonderful staff at the gallery greeted us especially warmly, saying they had been worrying about us because we were a bit later than usual.  How cool is that?  An outing with oranges, a bike ride, some art, a few birds, a quiet conversation with a stranger and wrapped up at the end with warmth, laughter and good friends.  Yes, you guessed it.  We called it a good day.  Thank you so much for stopping by.  For more oranges, do stop by Maria's Orange You Glad It's Friday meme.  A very happy Friday to each one of you! 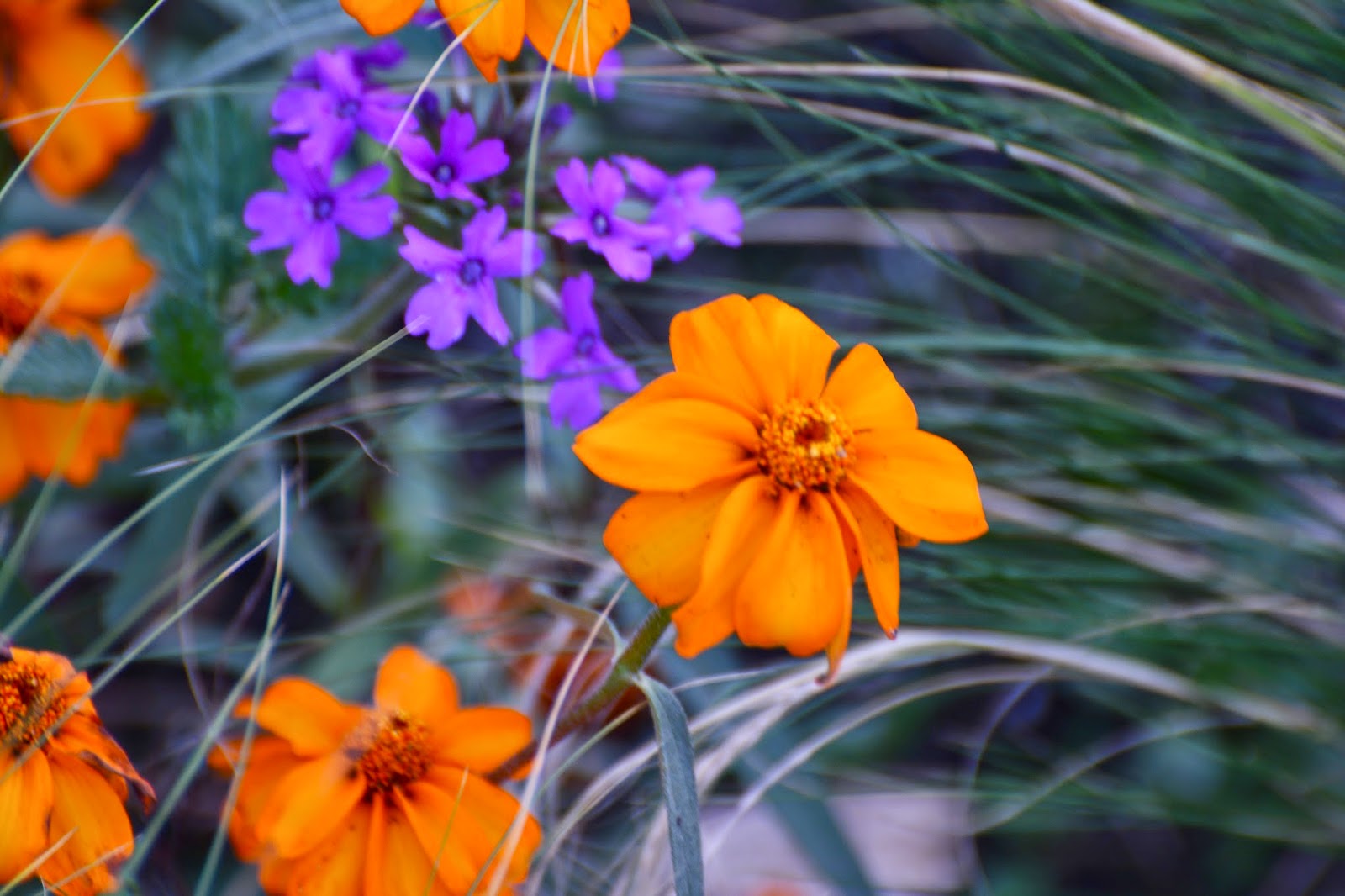