First, Black Jack says, "Hi!"  She is my first small dog (rescued) and I'm guessing she came with more than a little Chihuahua content.  She sure loves to snuggle under lots of layers. 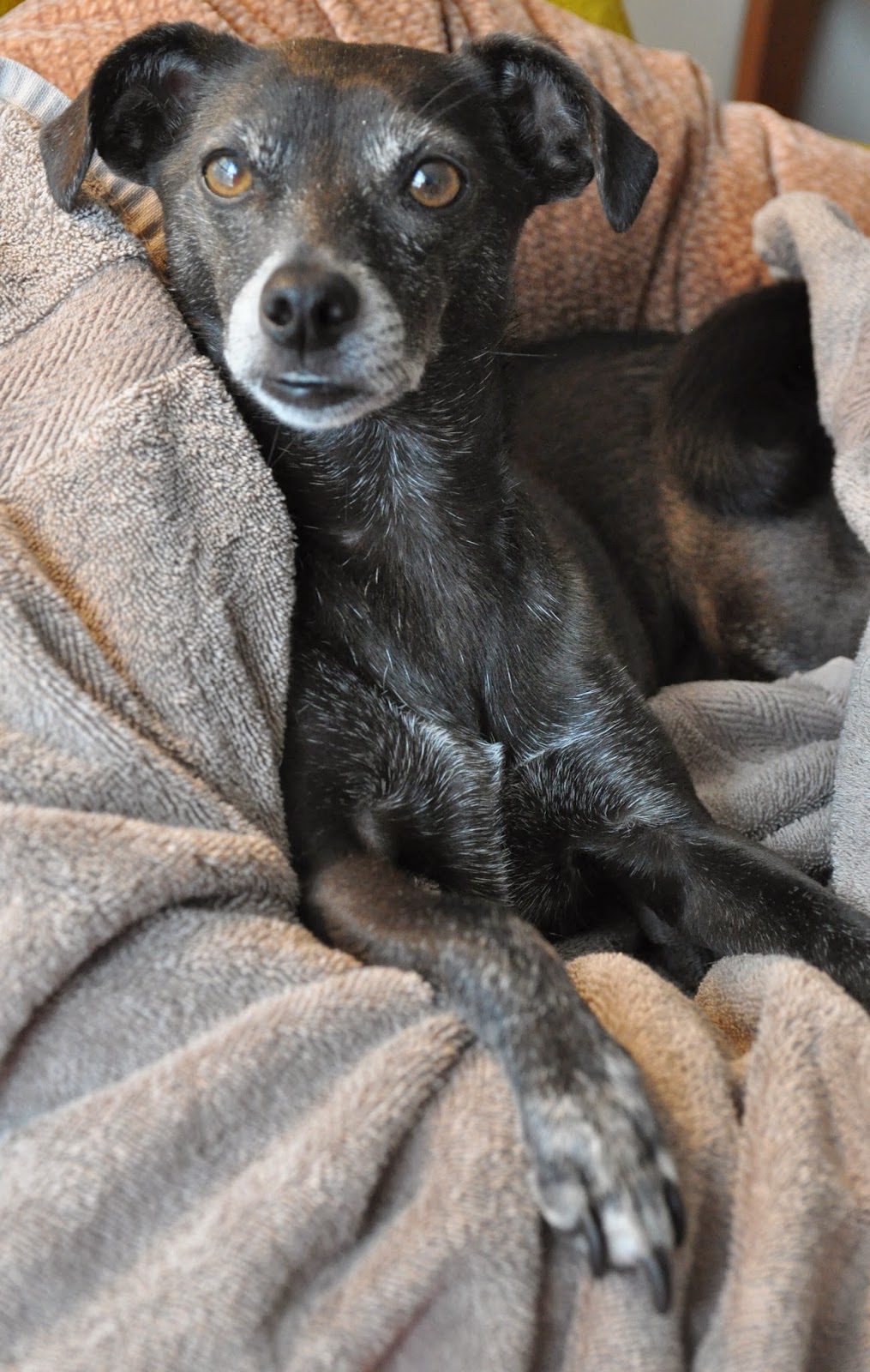 My other critter photos were taken yesterday by Lost Lagoon at Stanley Park.  These two geese were minding their own business, peacefully grazing at the side of the path when they suddenly rose and came towards us.  I thought they were upset by Black Jack, but.. 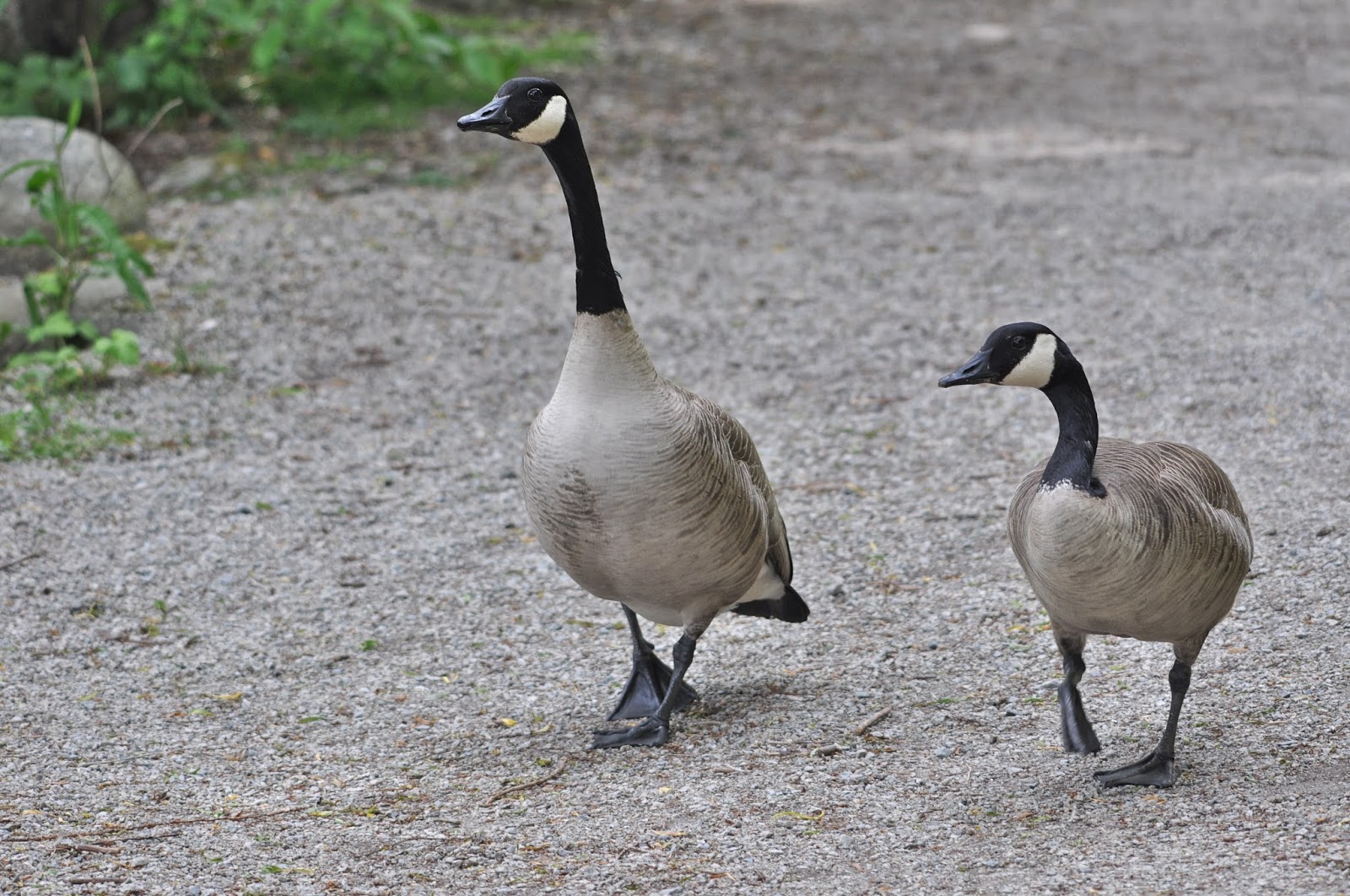 it turned out they had a problem with this pair of geese in the water.  Seriously, they weren't even close to each other, and nothing happened to start this argument that I could detect.. 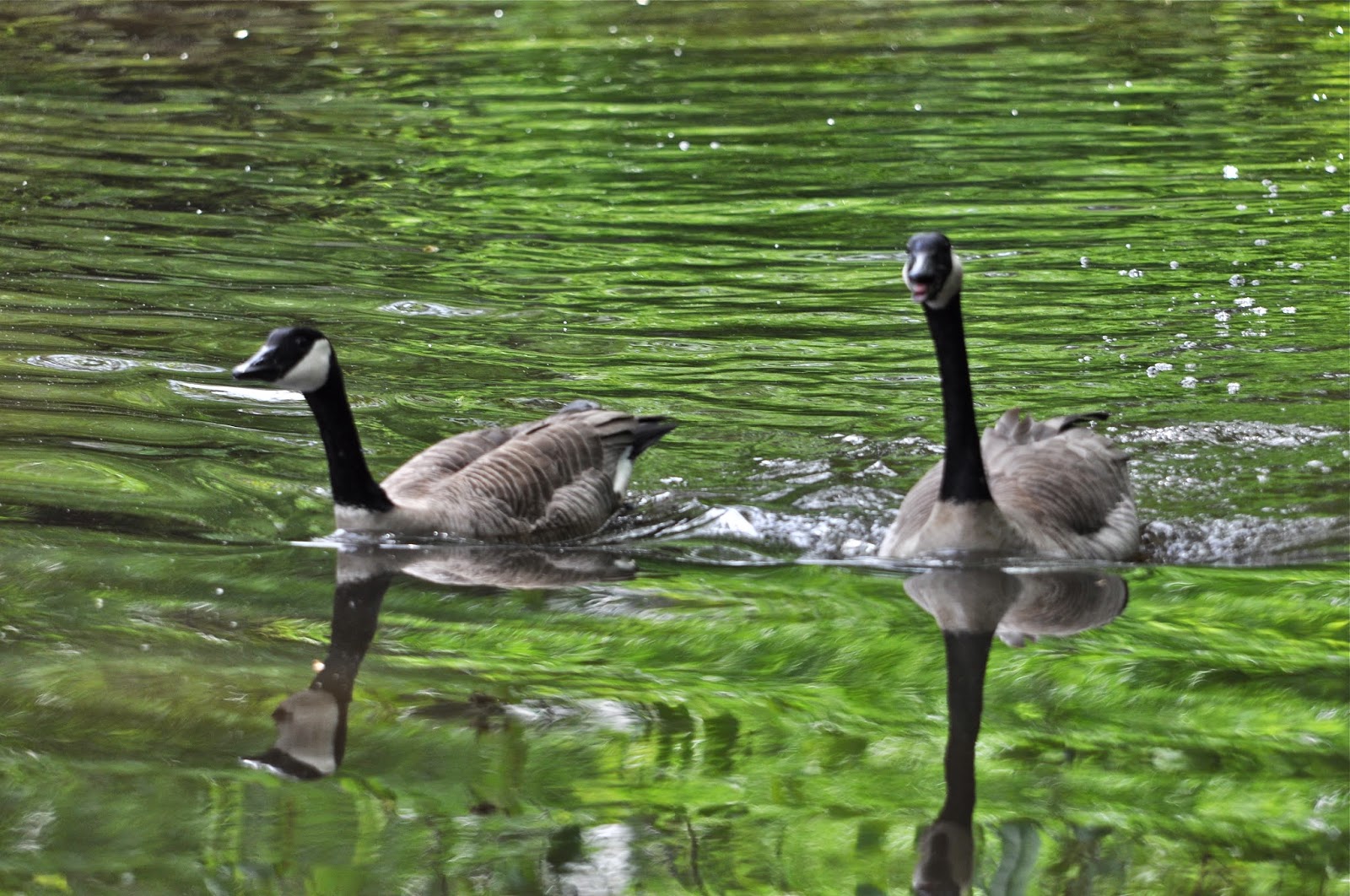 but the first pair walked to the water's edge and.. 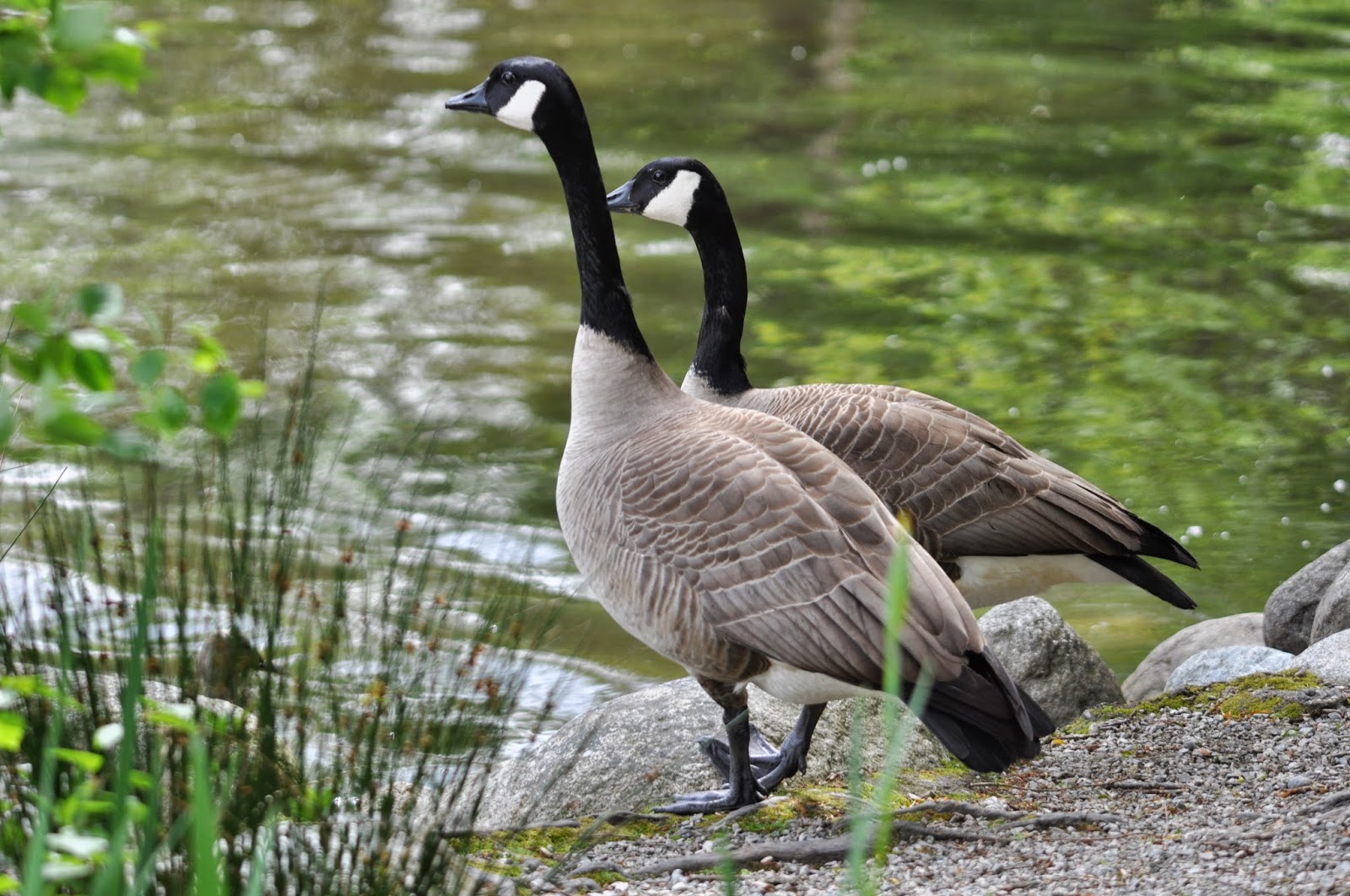 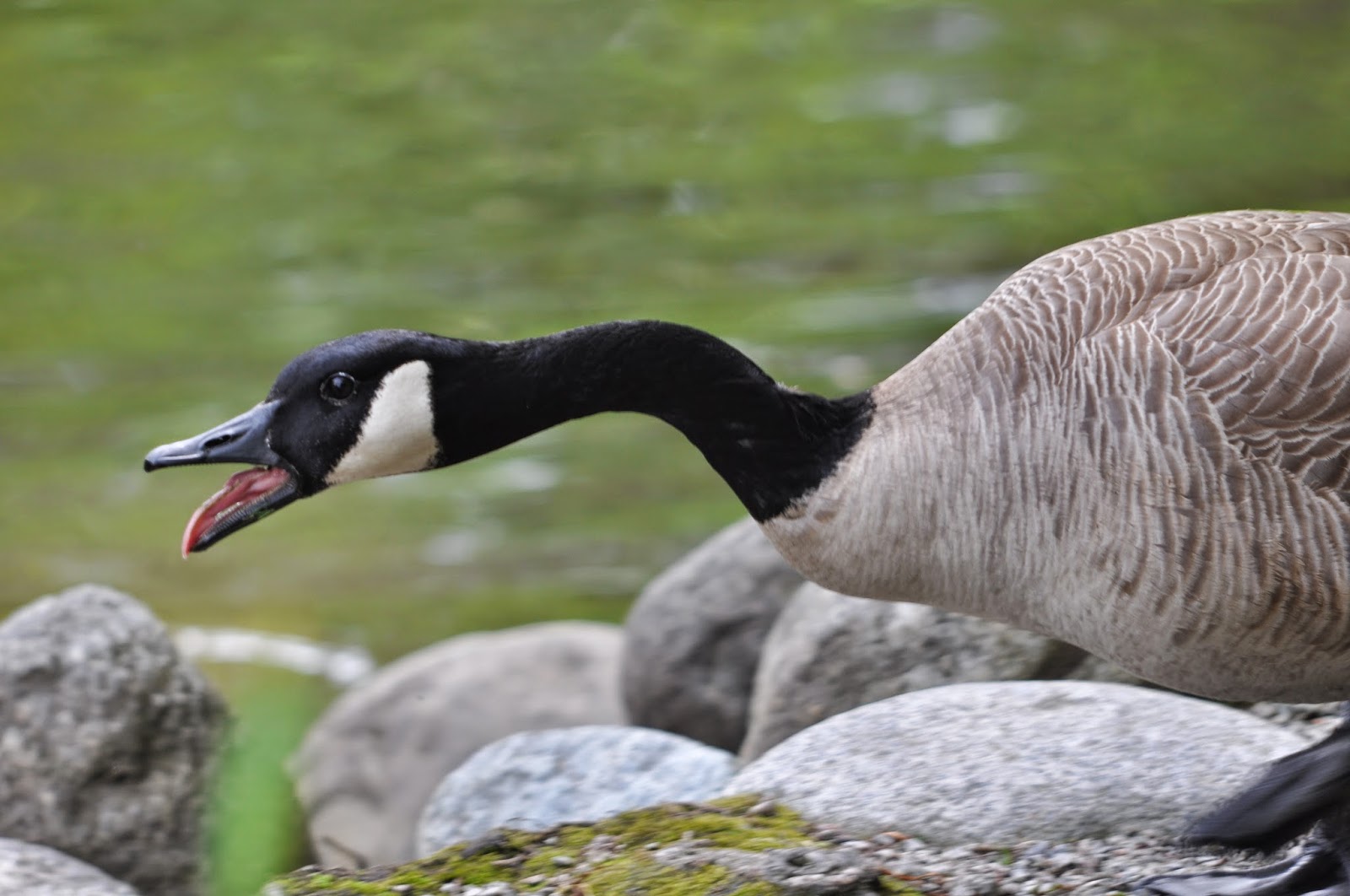 The ones in the water weren't impressed.. 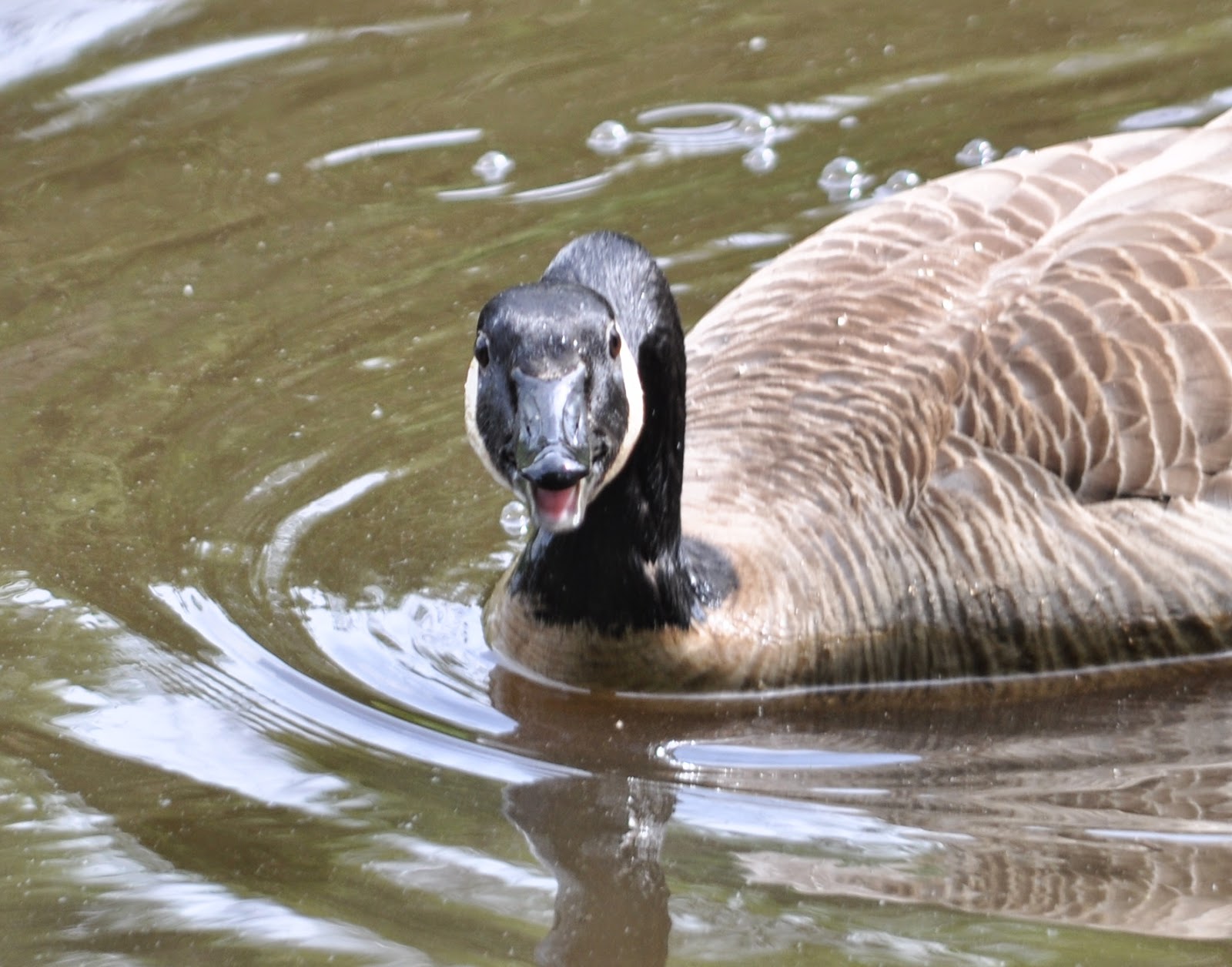 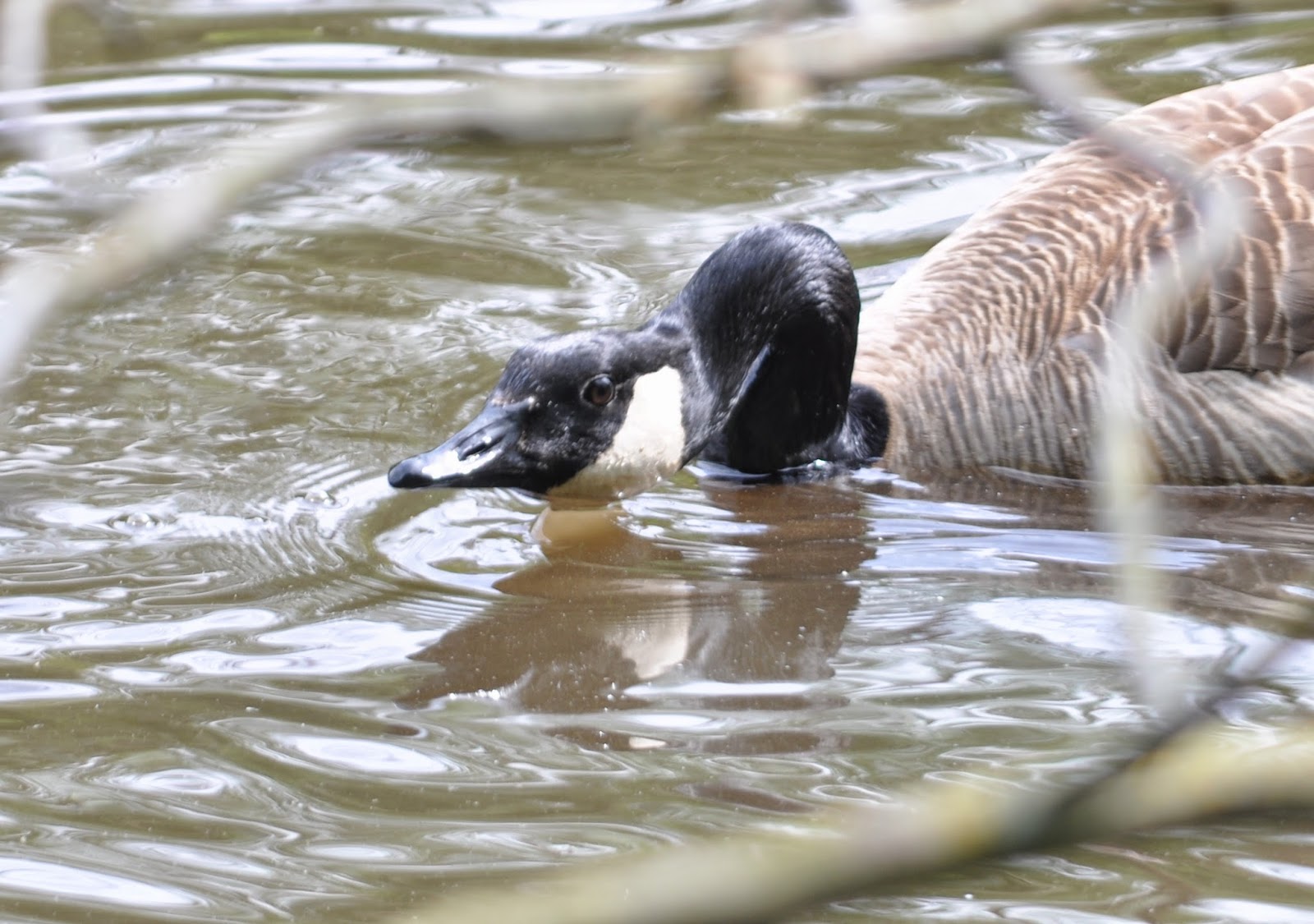 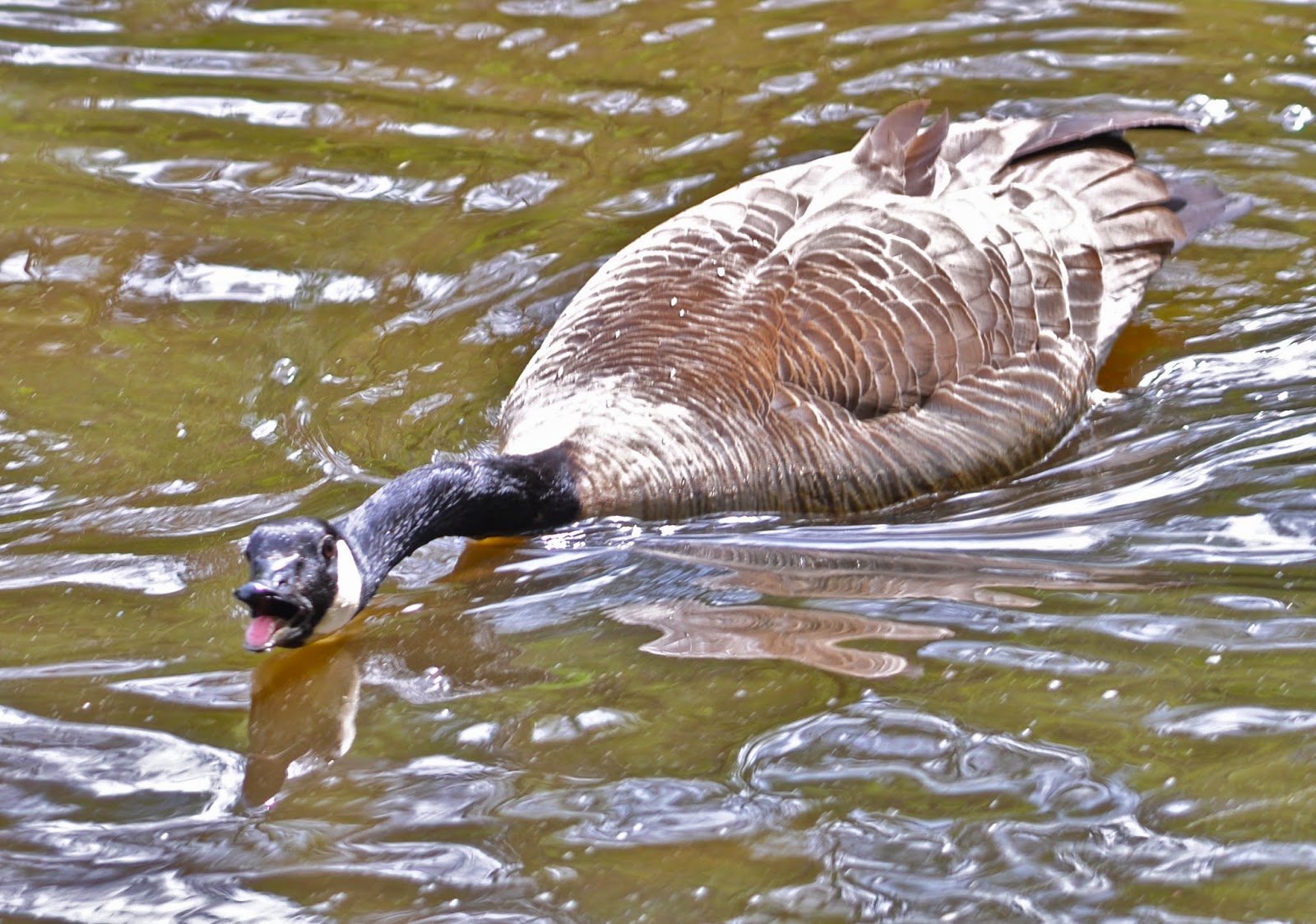 The first pair backed off a bit when they saw that bullying wasn't going to be the best tactic. 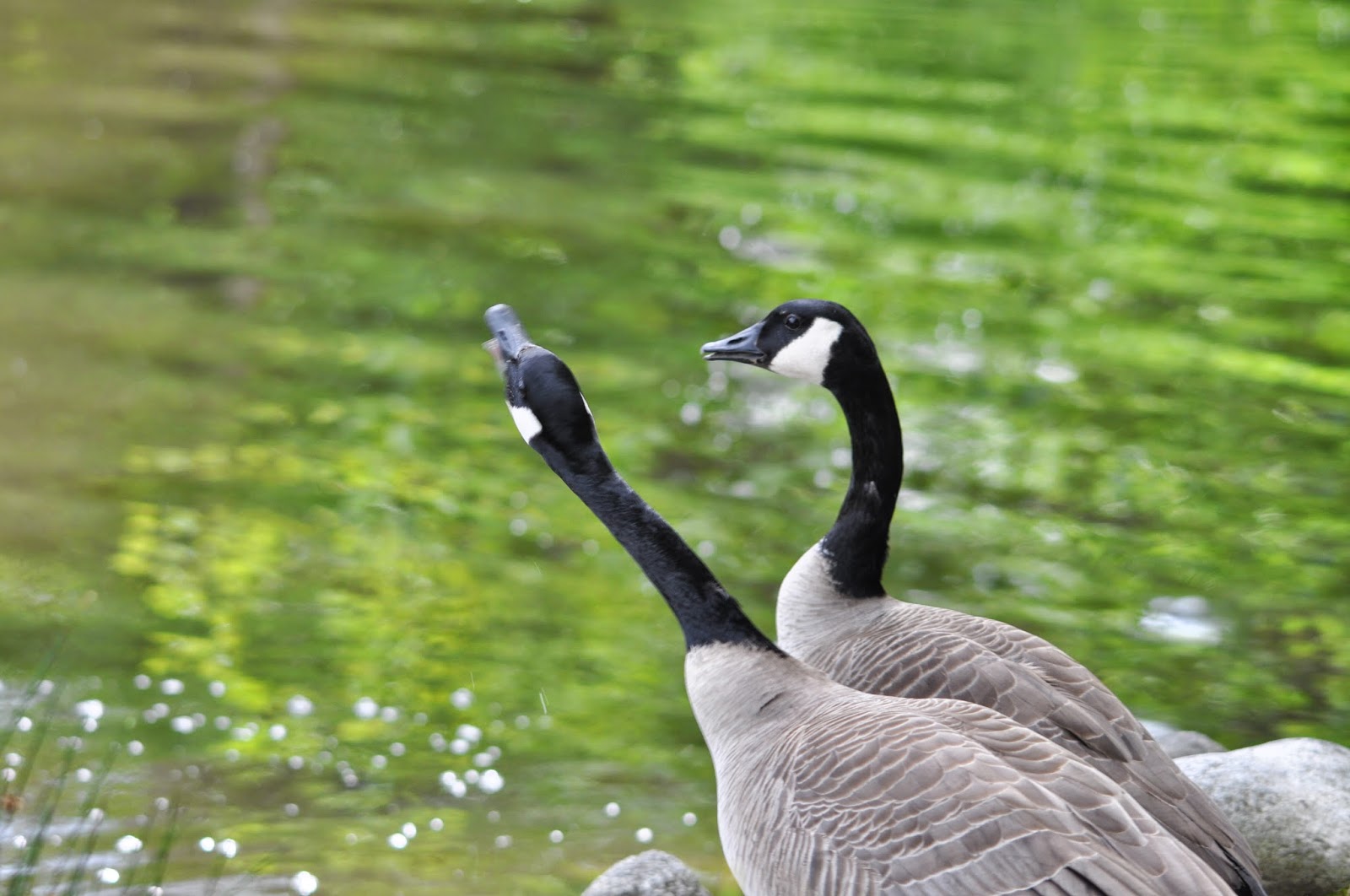 The ones in the water postured again, just to be sure they were in control. 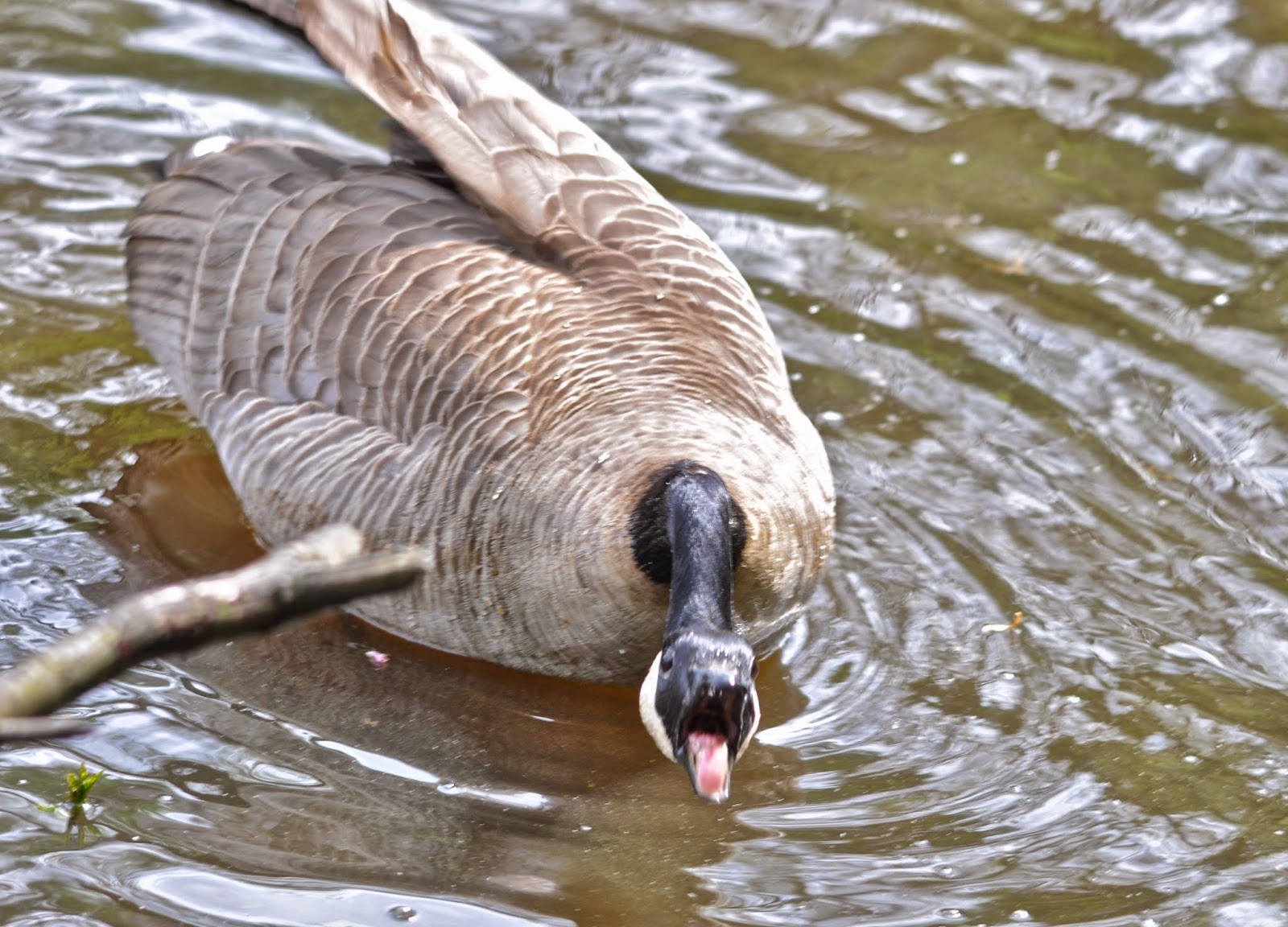 Pretty soon, each pair did a final "farewell" and then.. 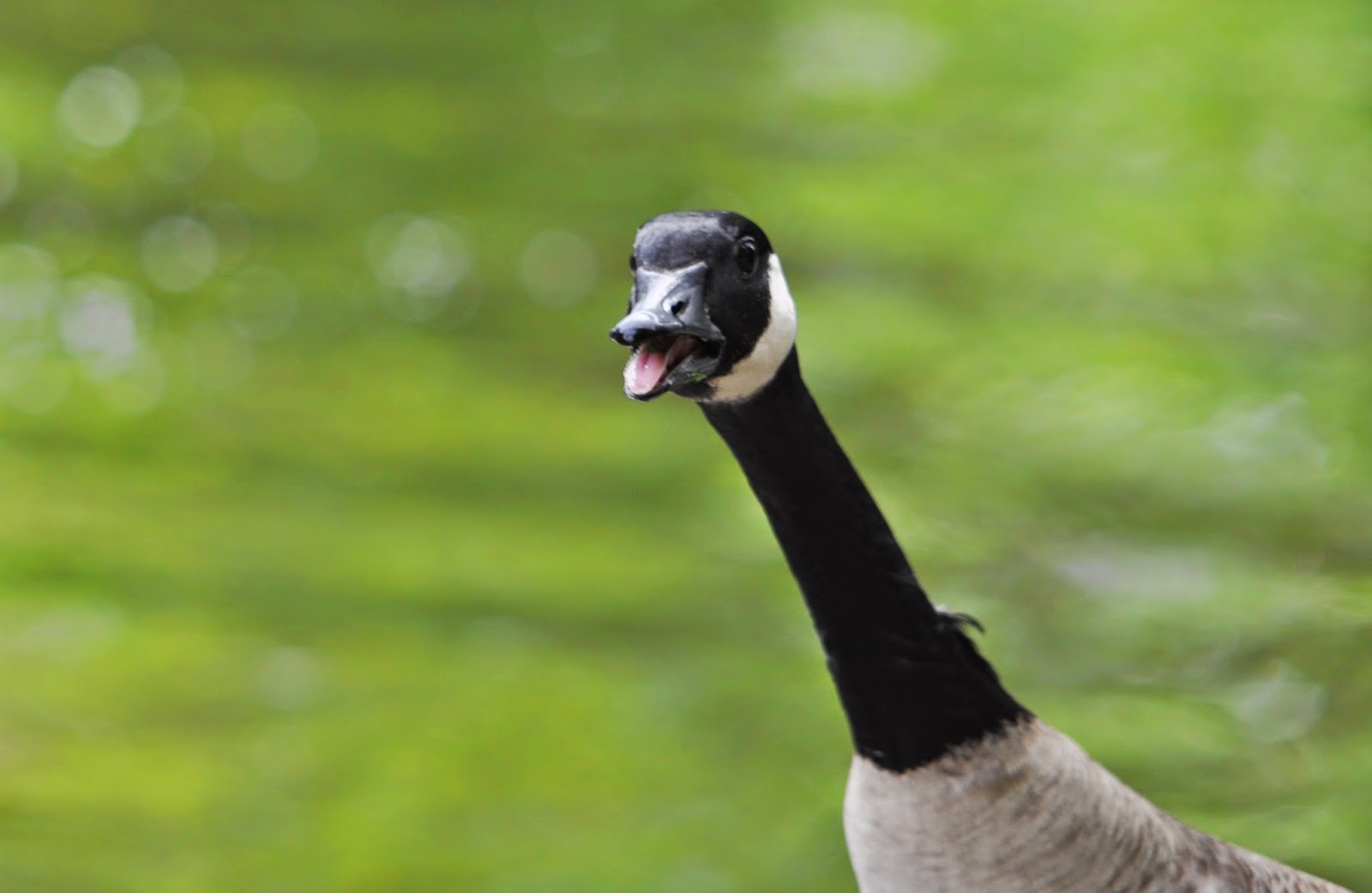 went back to their original positions.  What a fuss over  what seemed like nothing to me, but I guess certain "stuff" had been settled and things could return to "normal" after that. 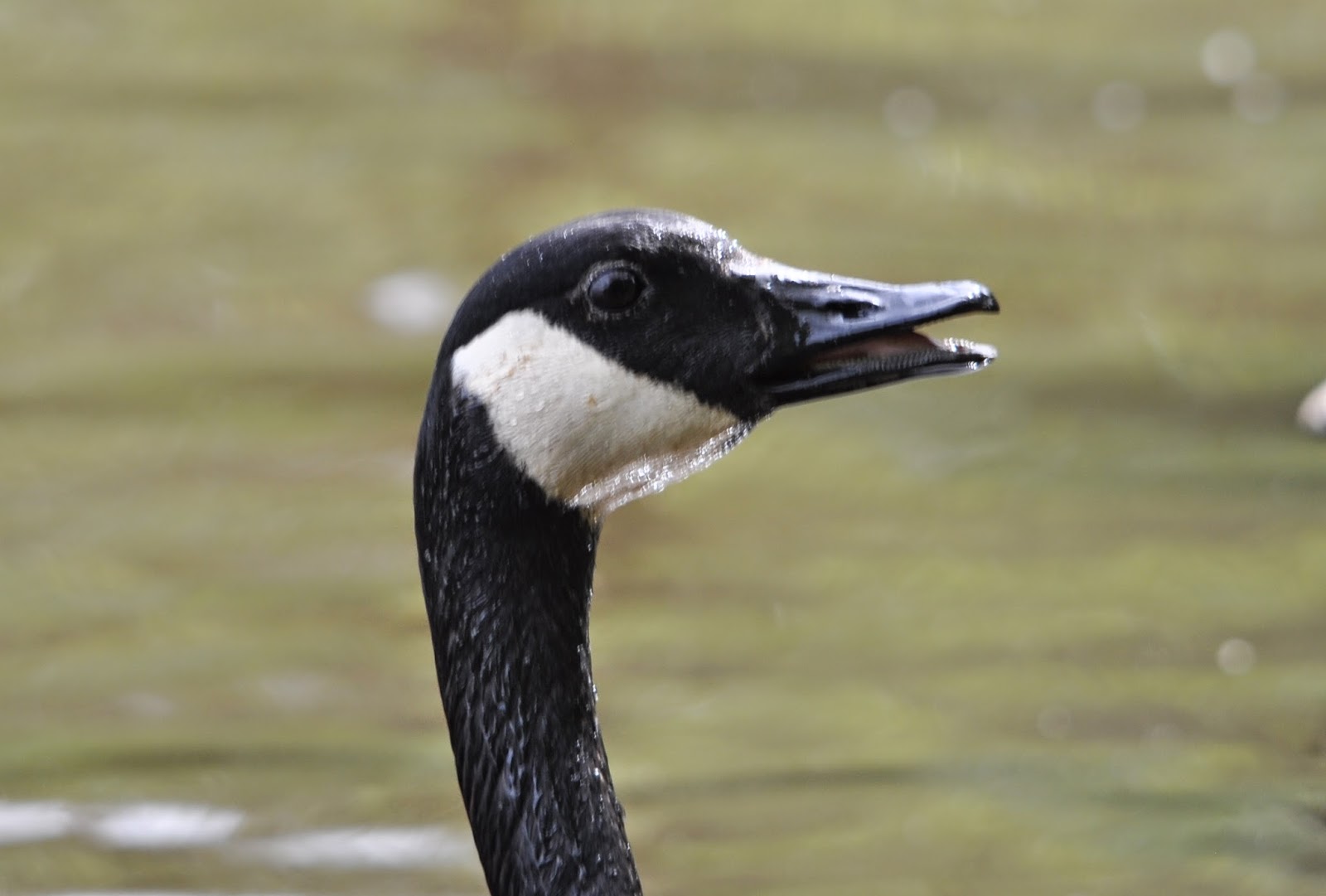 The only other drama was a little love story that happened when this male Wood Duck.. 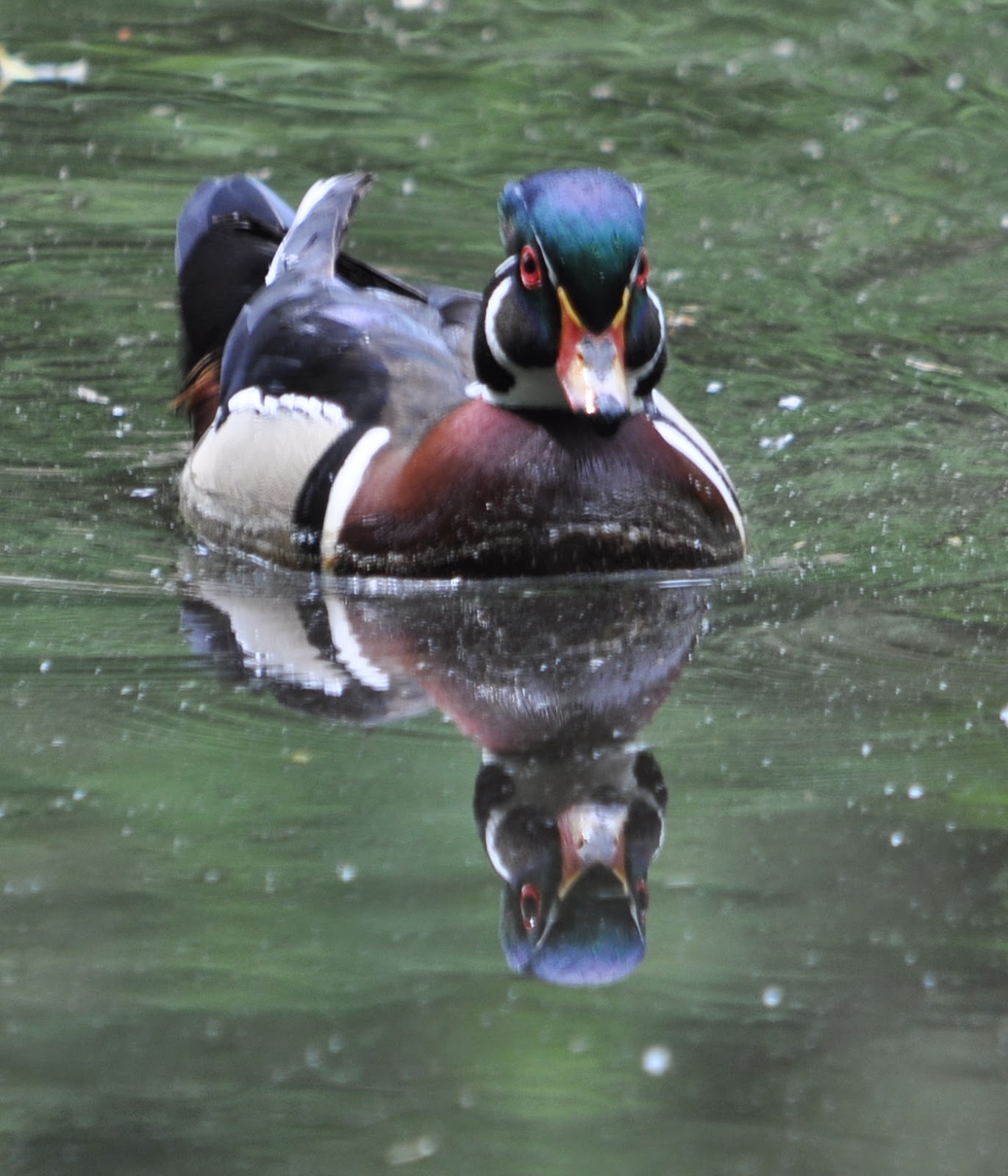 found this sweet lady to be absolutely divine. 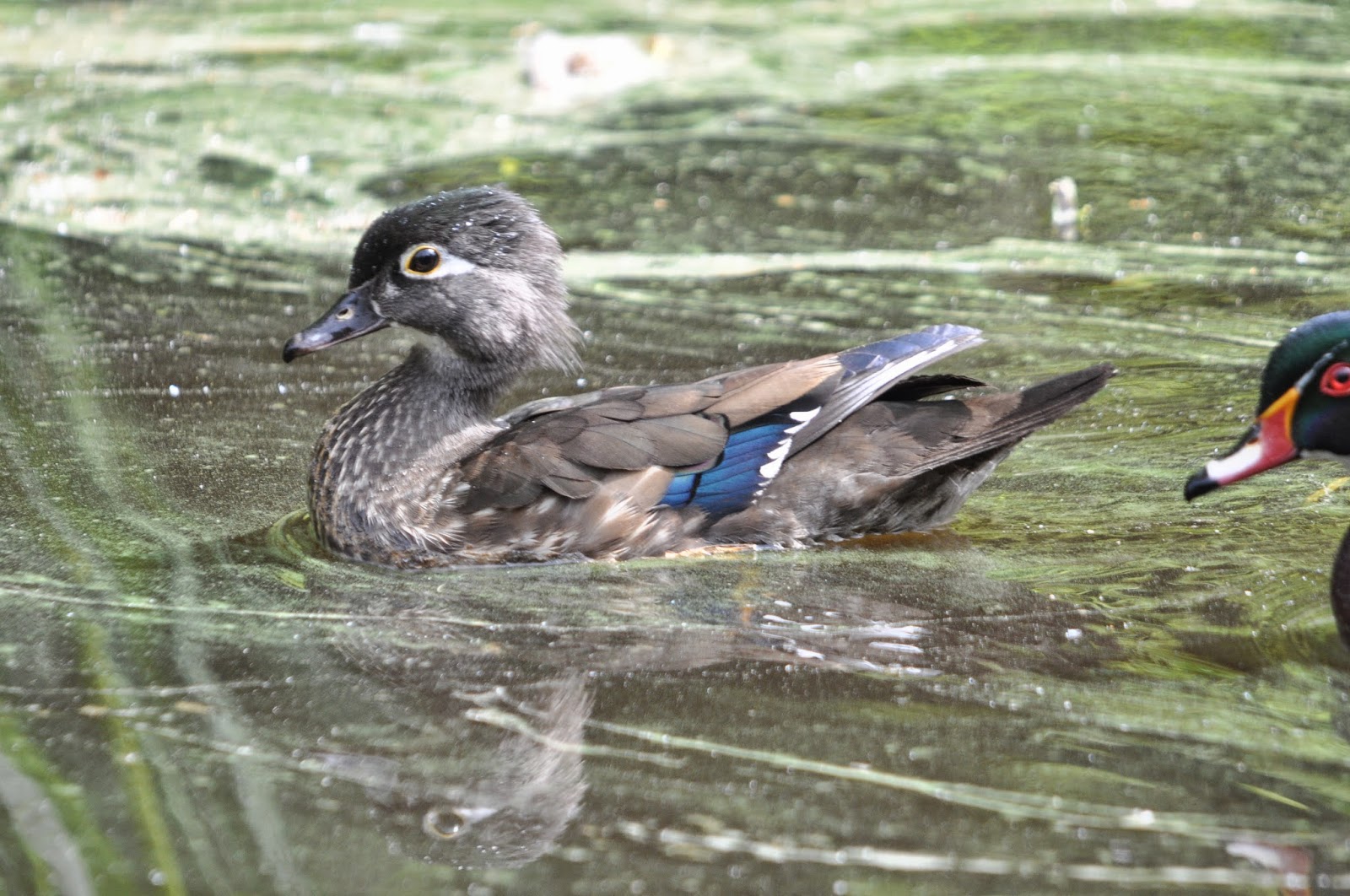 She seemed well aware of her own appeal and led him.. 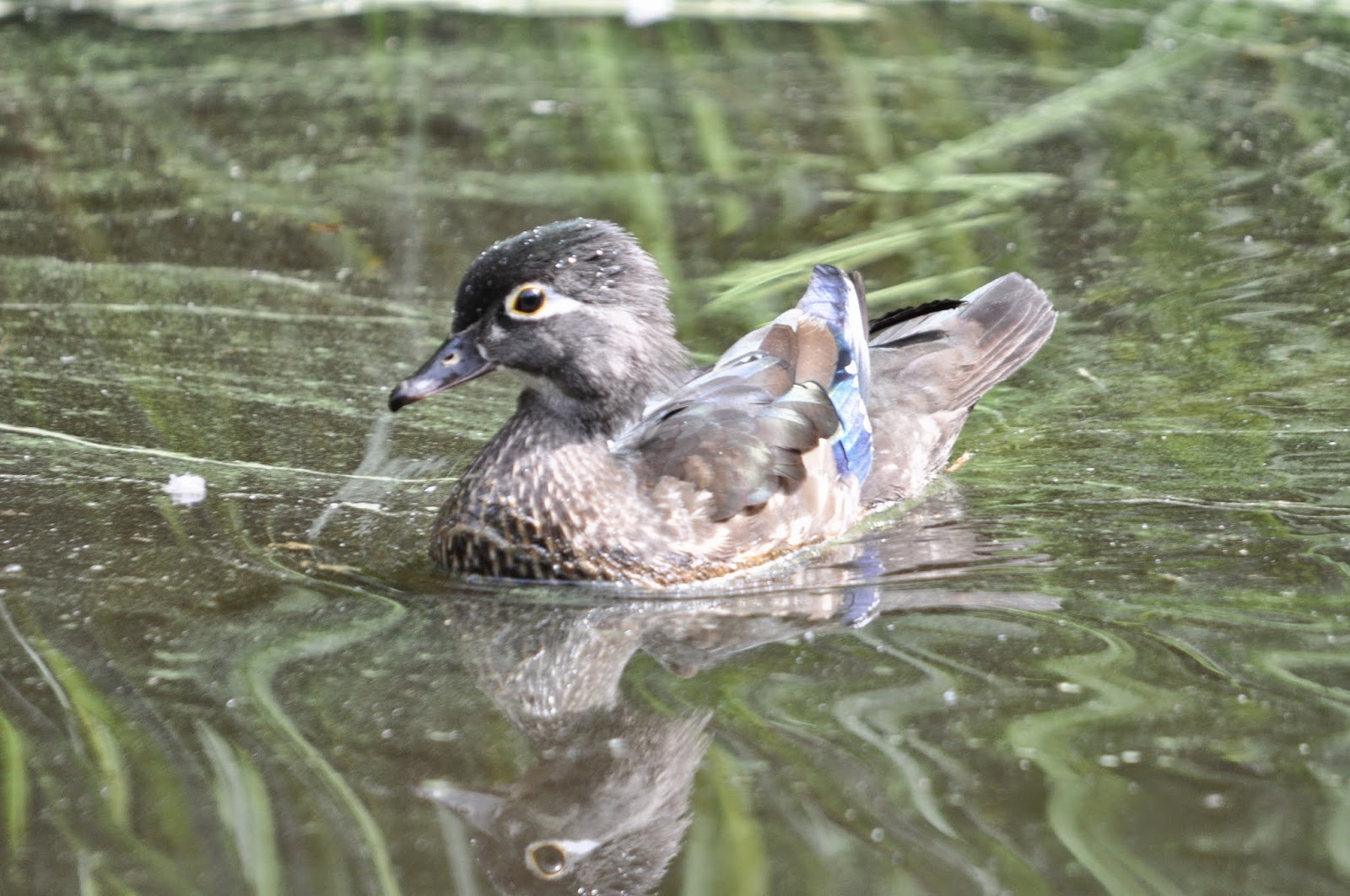 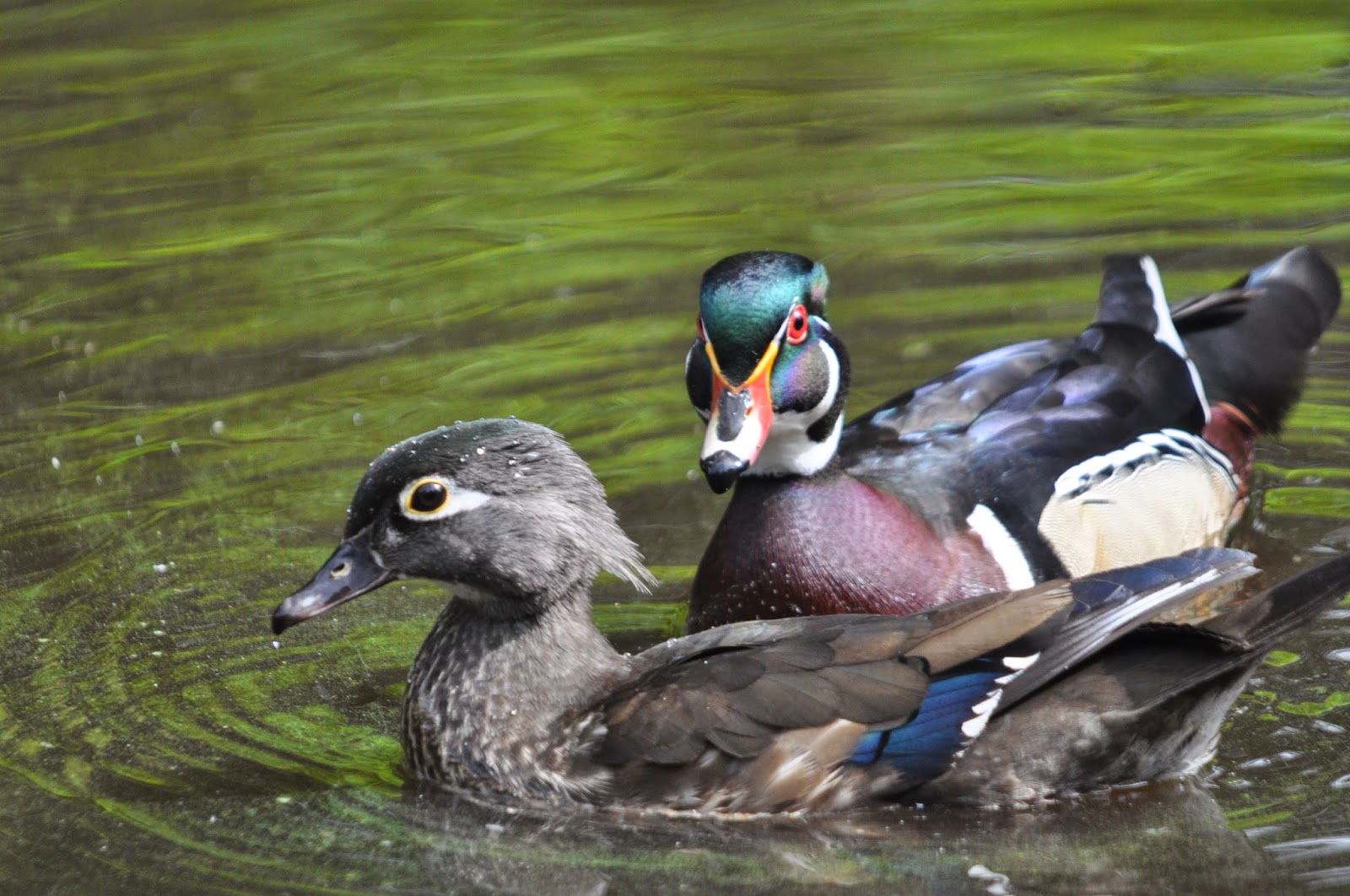 by his nose.  Pretty soon, he was grooming her.. 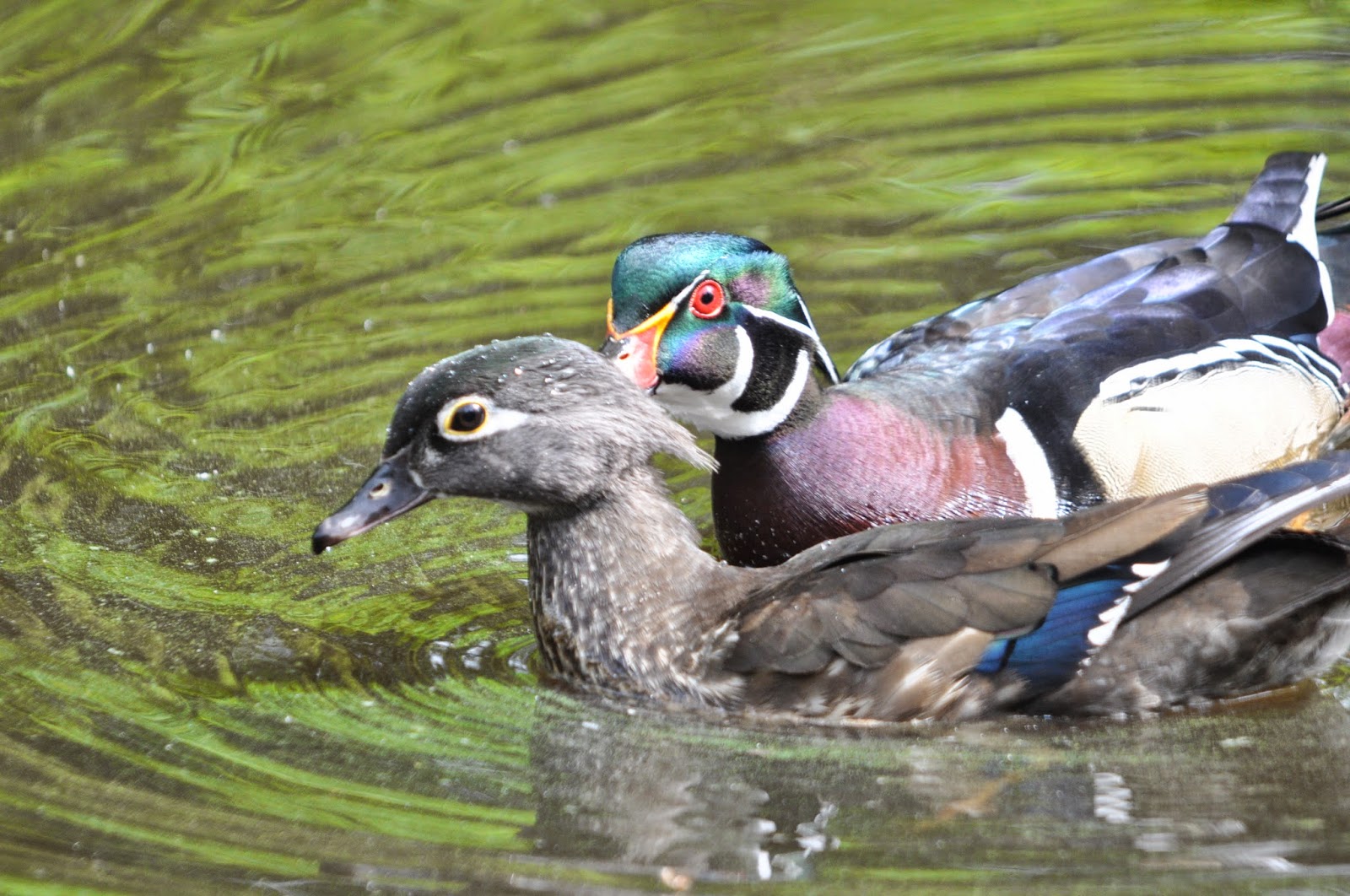 and whispering sweet nothings in her ear. 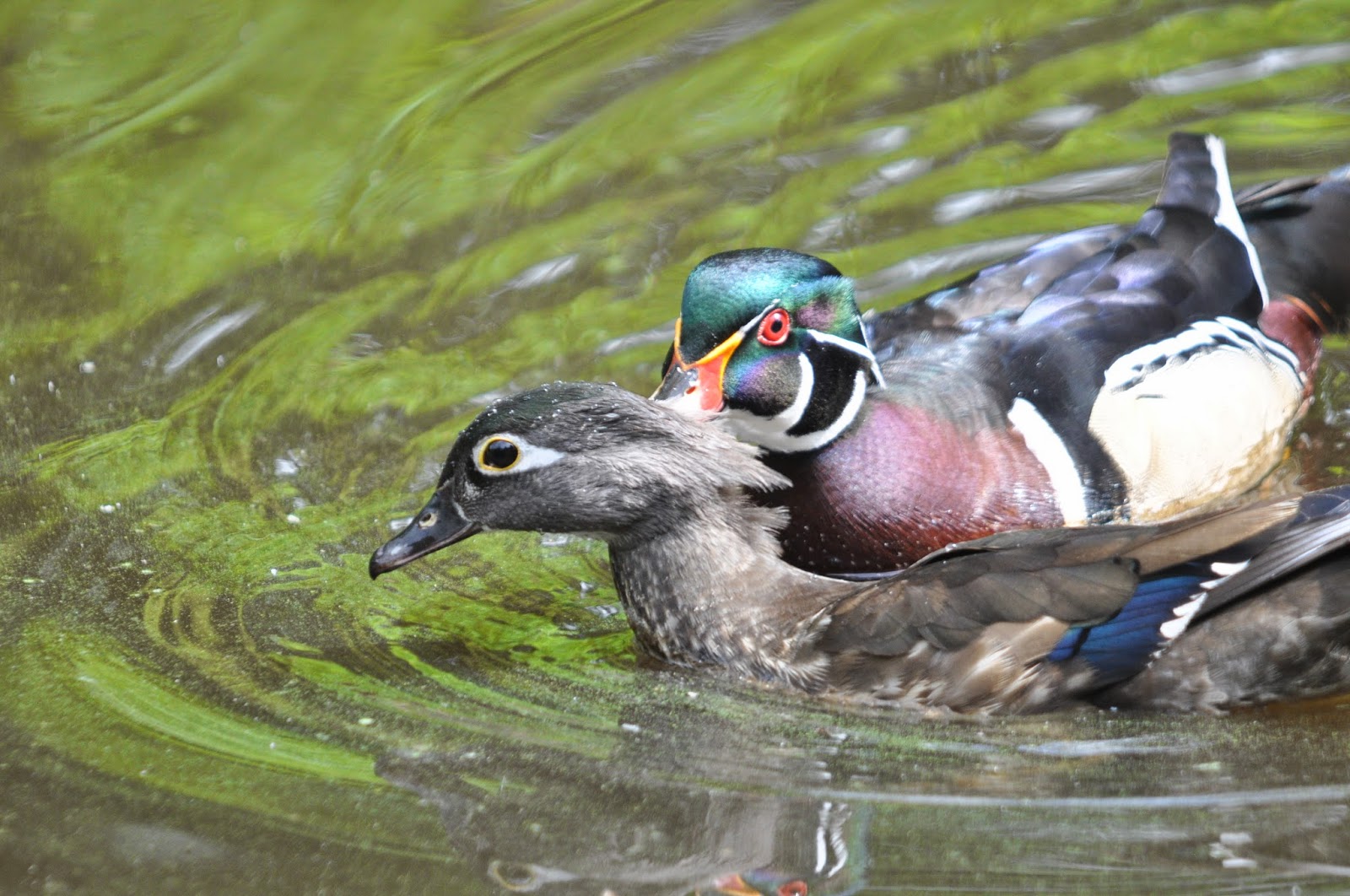 This little guy thought the whole thing was quite boring.. 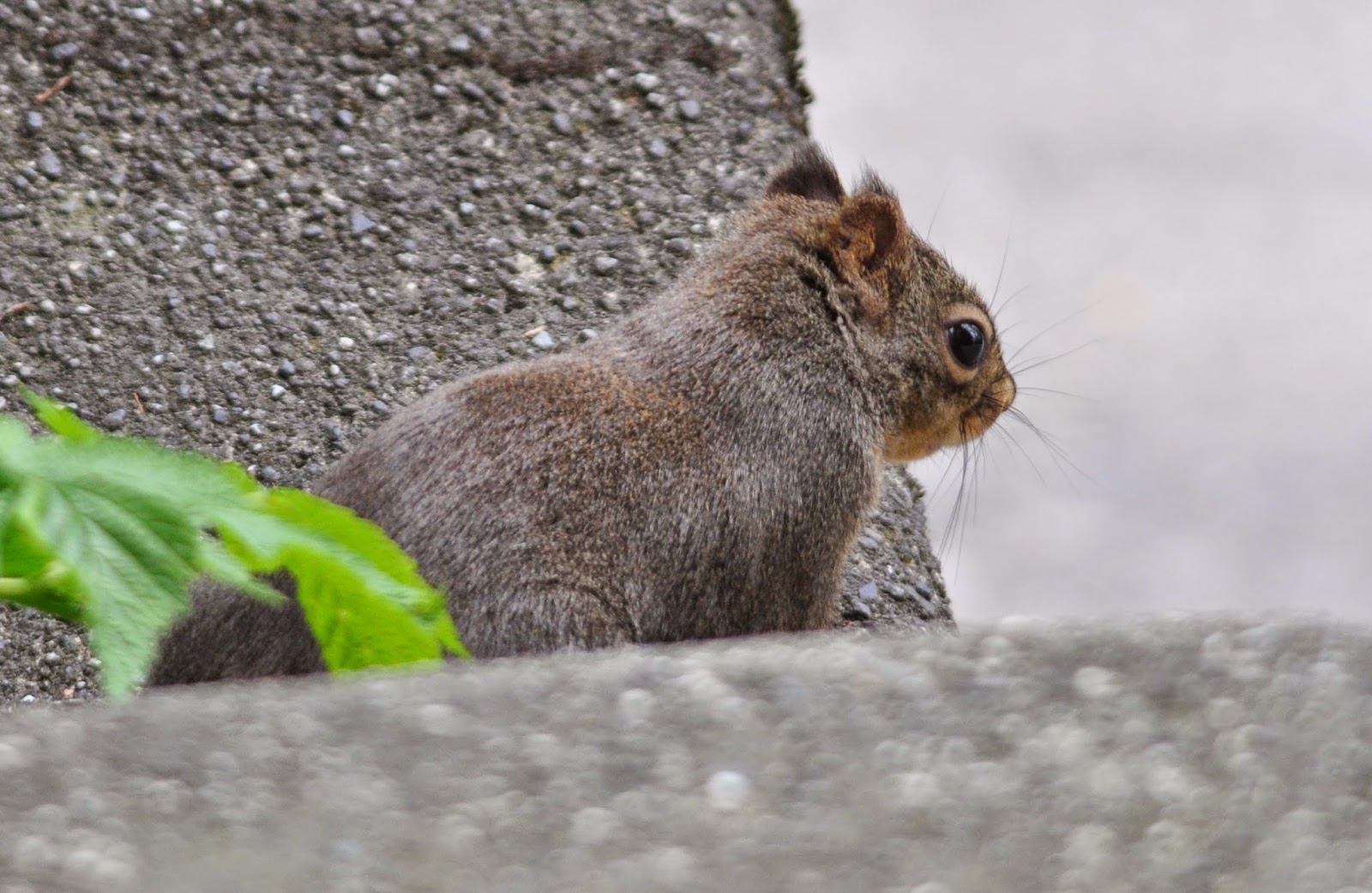 and this heron decided the wood ducks.. 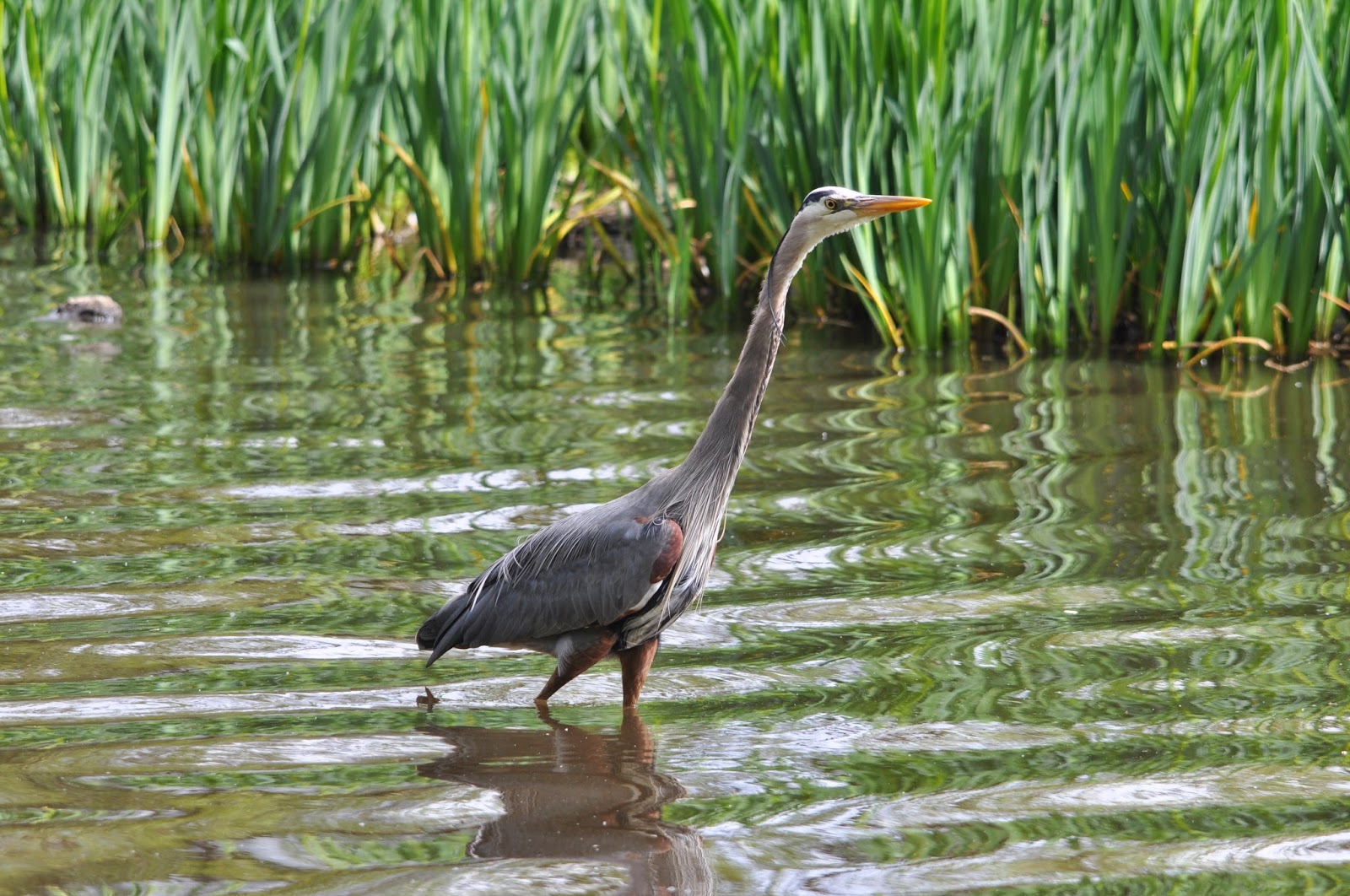 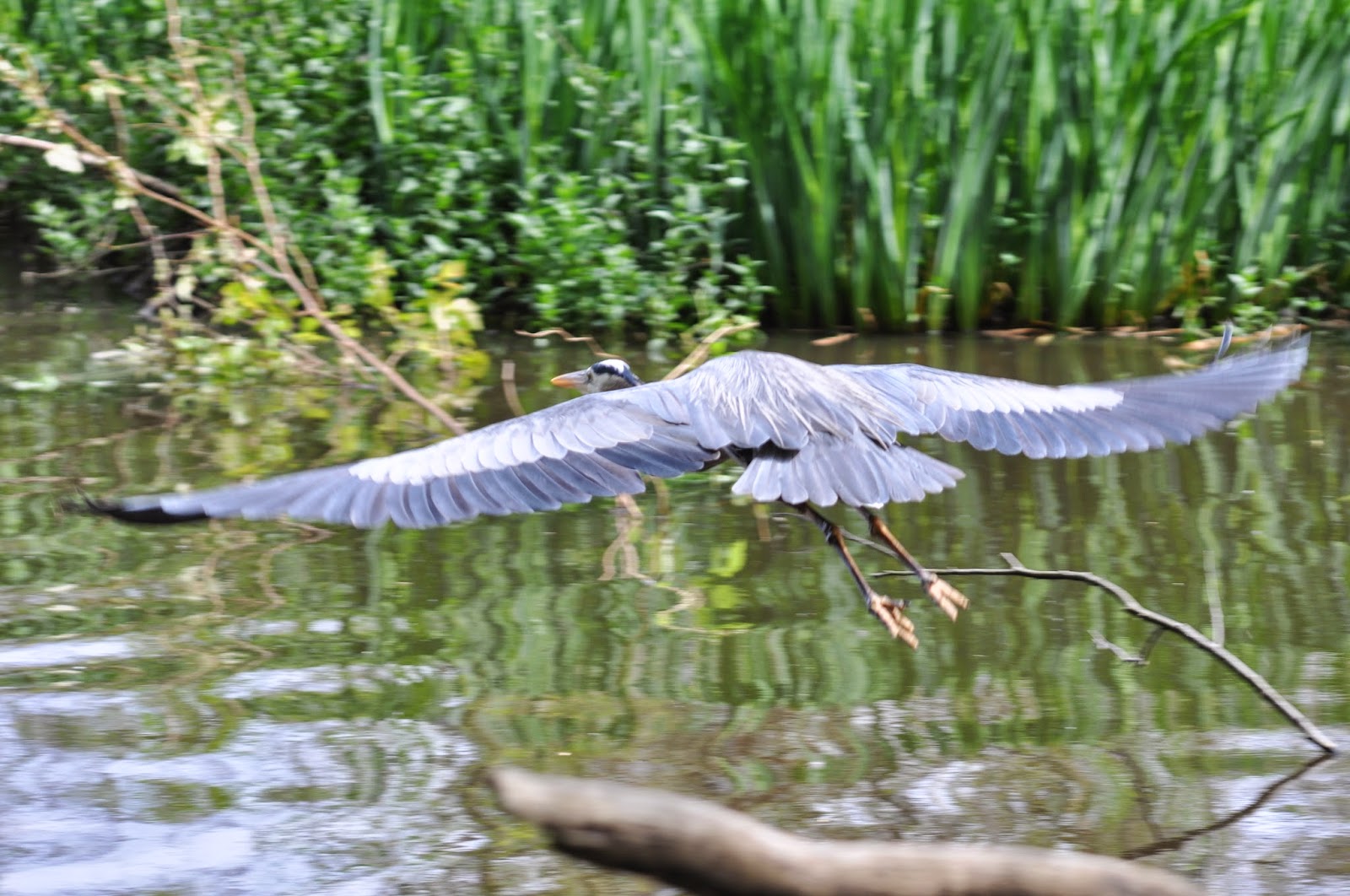 Or perhaps, the hunting was just better.. 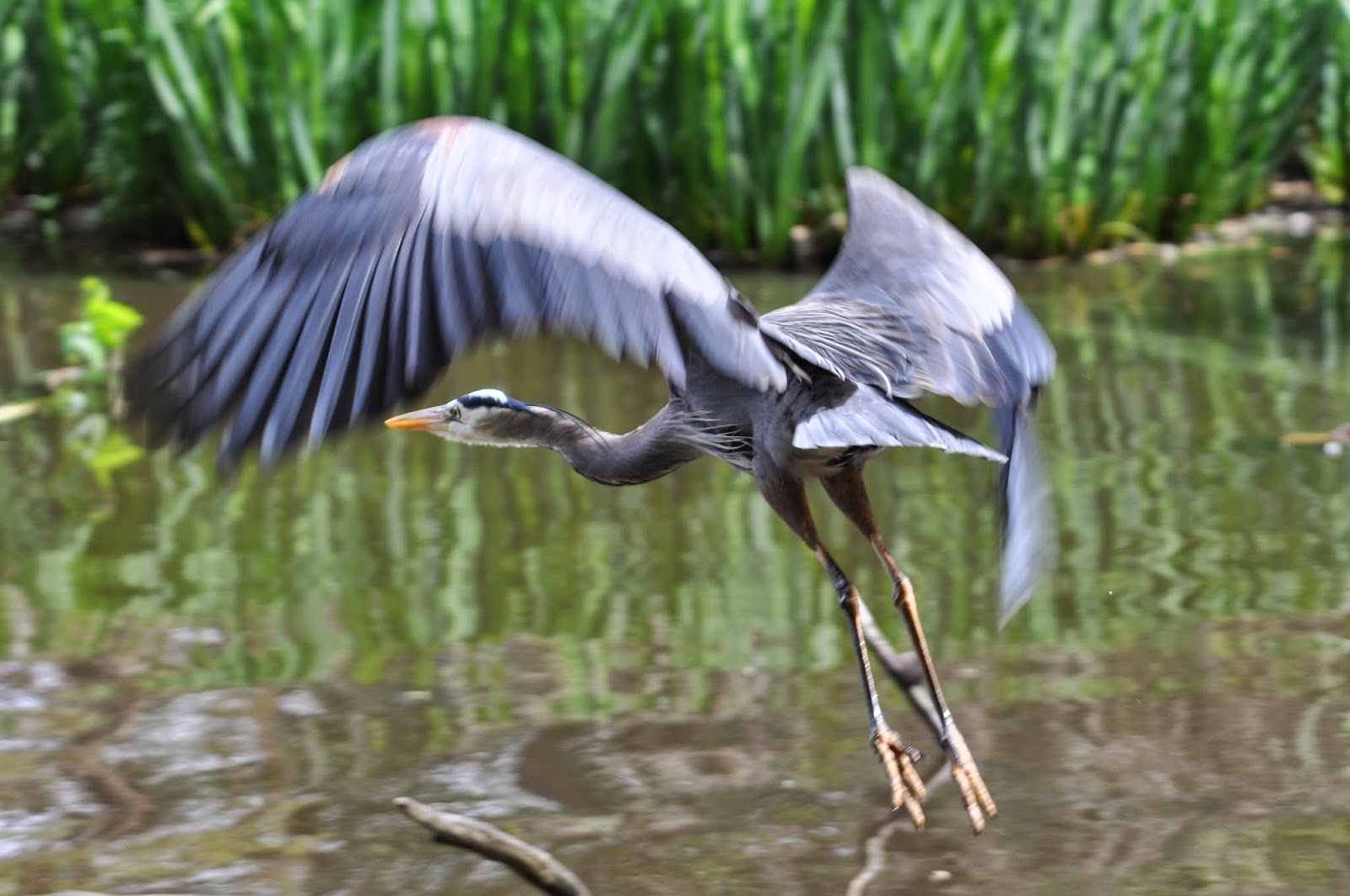 over here.  That was about it for the action at Lost Lagoon while we were there. 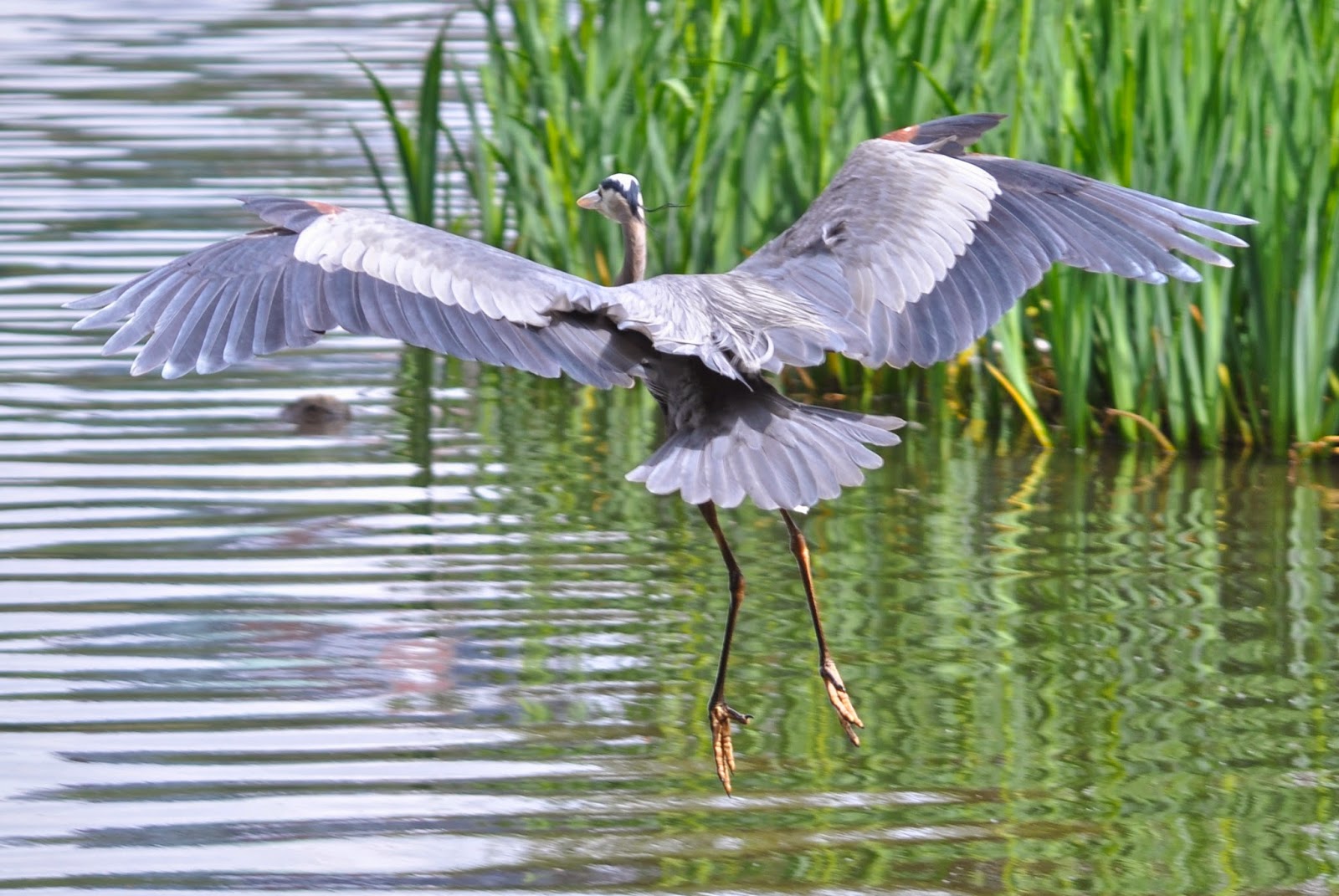 And, a little about the rest of the day.  My latté at Harrison Galleries was so especially pretty, I had to take a picture of it. 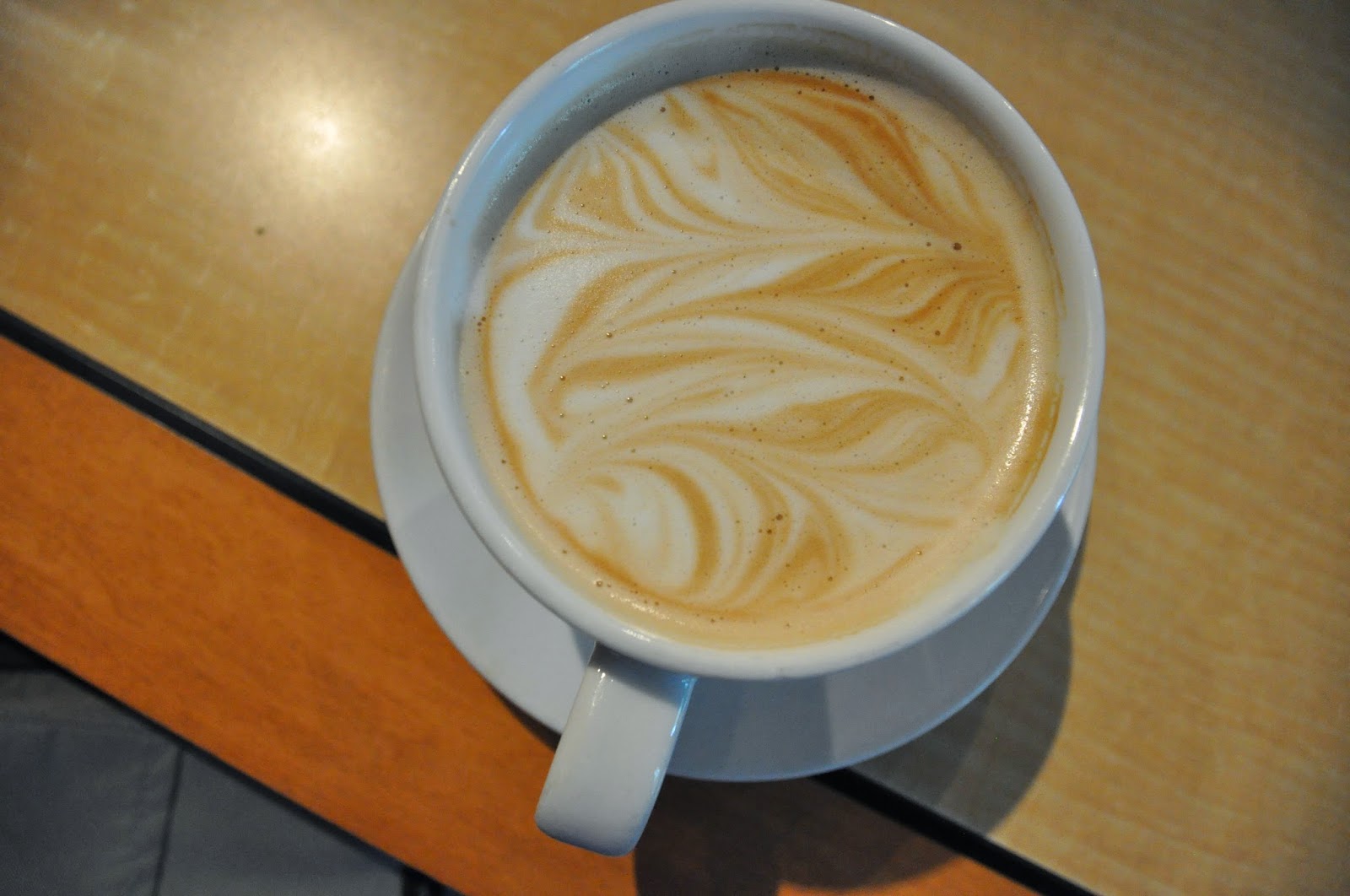 Bill and I also finished newspaper crossword #4 in record time and felt pretty good about that though I'm sorry Bill's picture was so out of focus. (We've been doing them since Bill's illness as a way of keeping both of our brains healthy.) 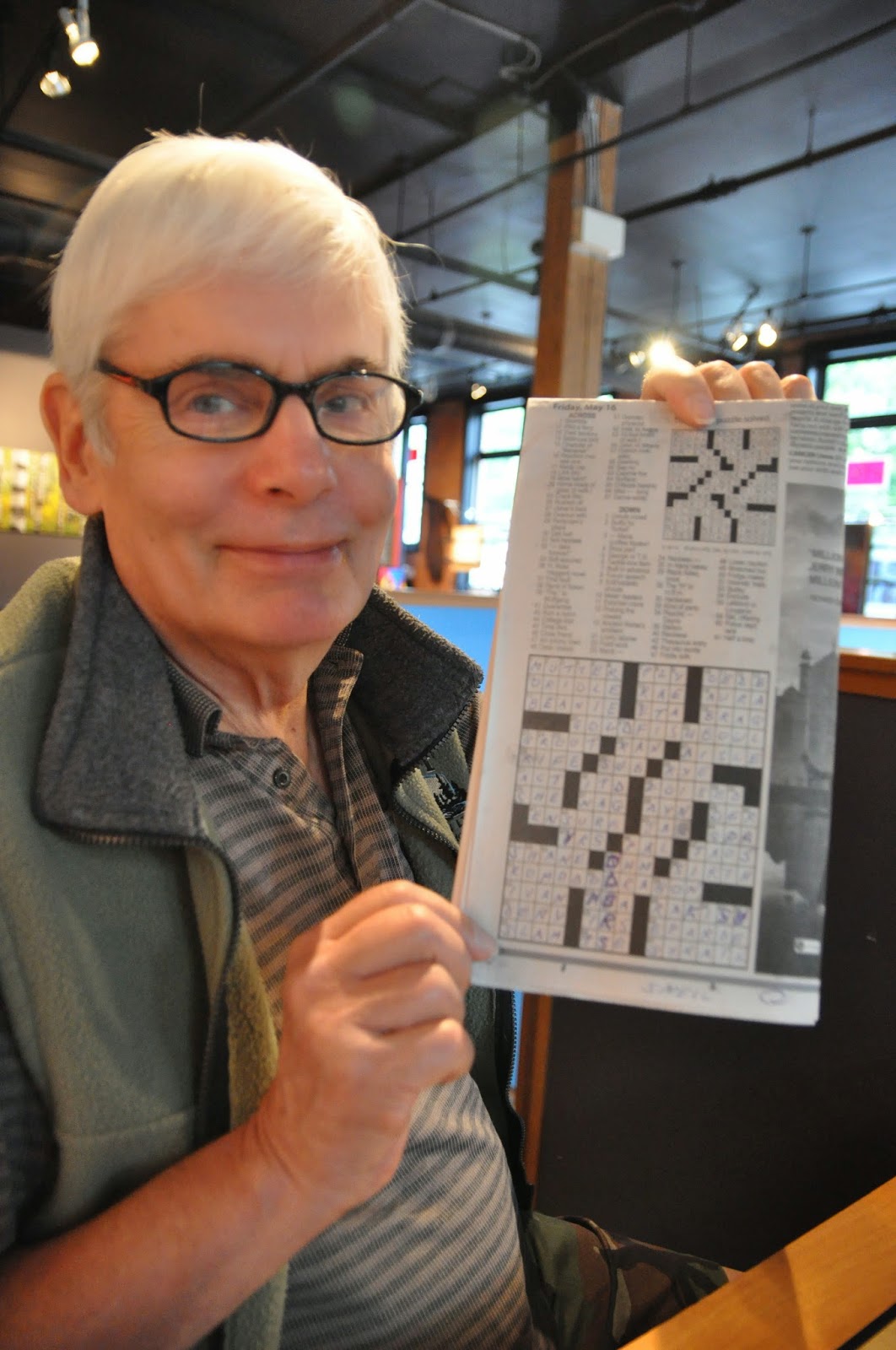 On the way home, I took some photos of flowers.. 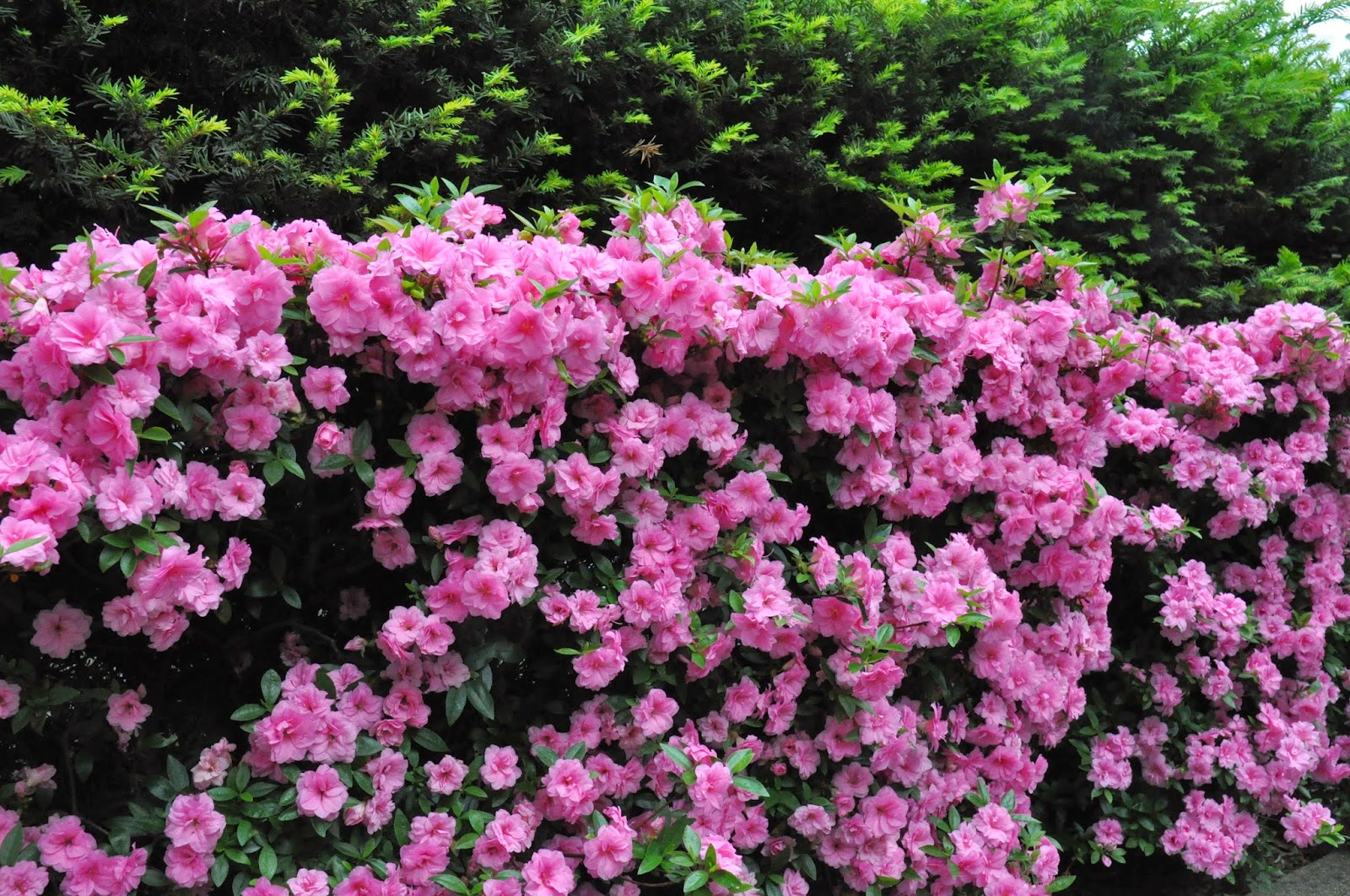 but this was my favourite photo of the day.  There he is, carrying my camera bag again and looking pretty darned handsome, don't you think?  Thank you for stopping by.  For more critters from around the world, don't forget the Camera Critters and Saturday's Critters memes.  Happy Saturday, everyone! 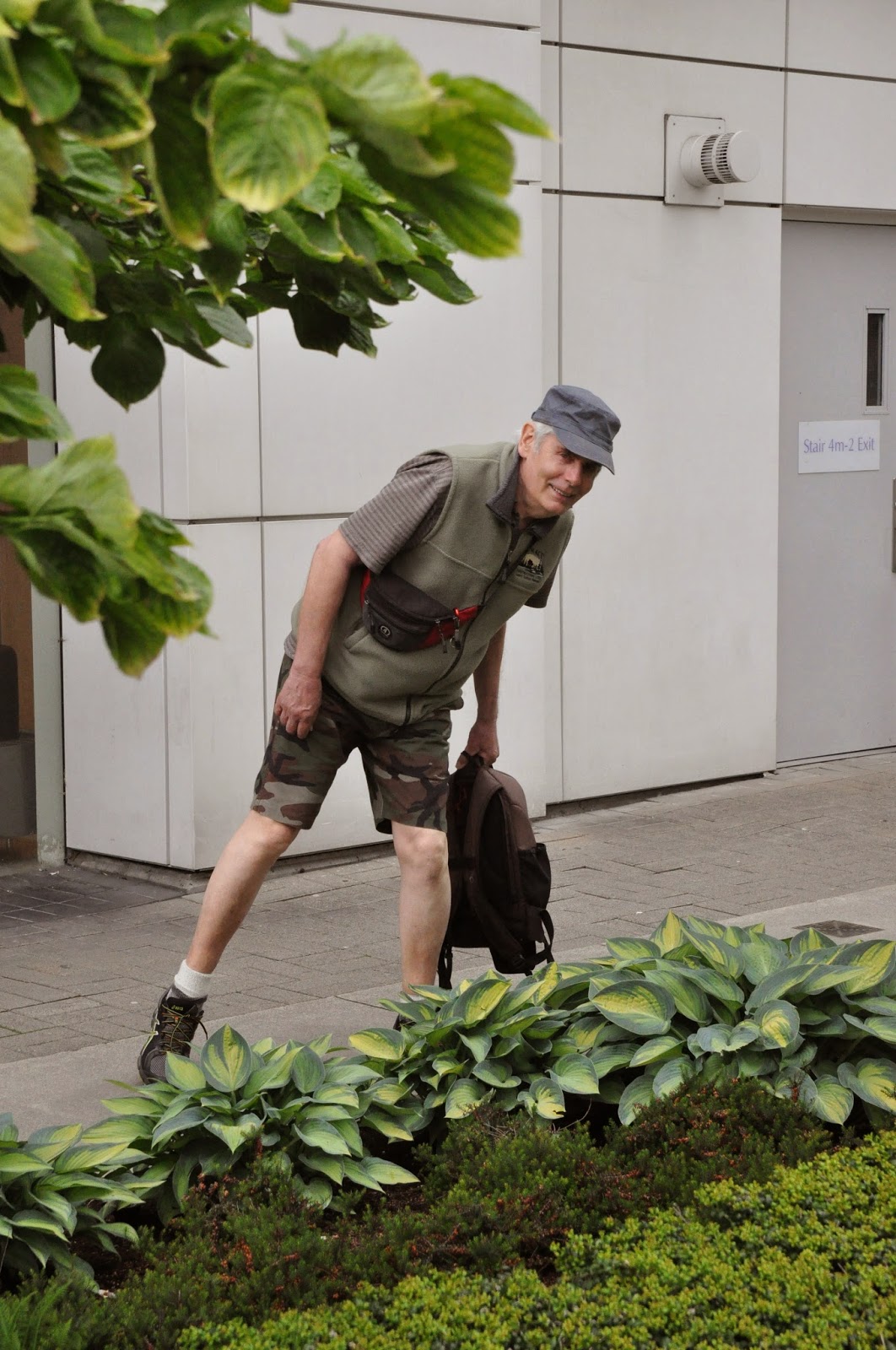