Love and Laughter and the Colour Orange

Bill and I wore our orange shirts yesterday in honour of OGIF day today.  Just in case you haven't come across that fun meme before, the letters stand for Orange You Glad It's Friday.  My shirt brings back a memory of seeing Cirque du Soleil with Bill quite a few years ago.  I don't think I was even blogging at the time.  It is getting pretty old and only appears once in this post.  Bill's, however, is a new shirt and reflects :) a bit of a change in his choice of colours.  I love its subtle check and it also strikes me that the mystery OR woven onto the back shoulder must surely have been put there in honour of Maria's meme.  Don't you think? 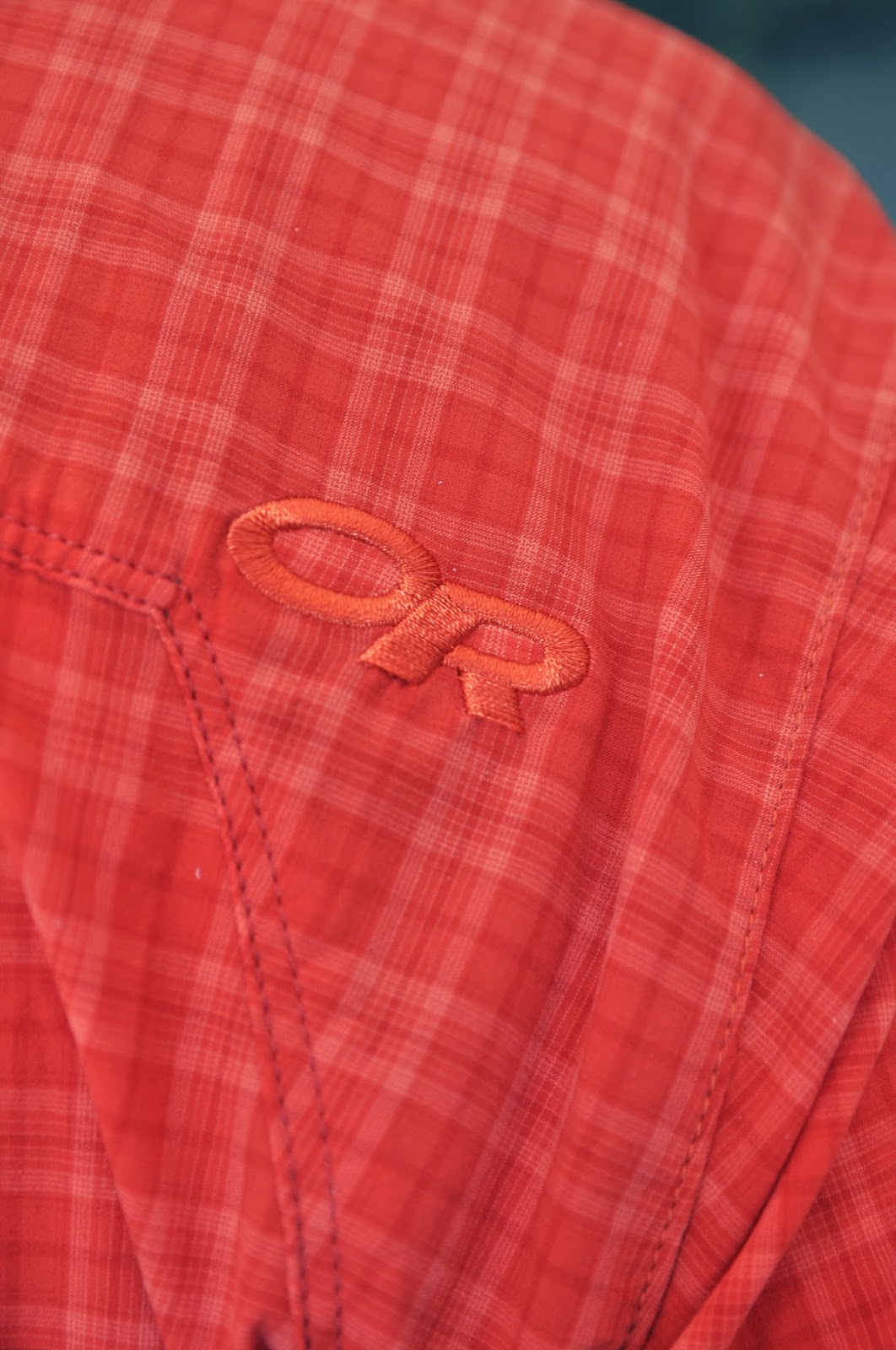 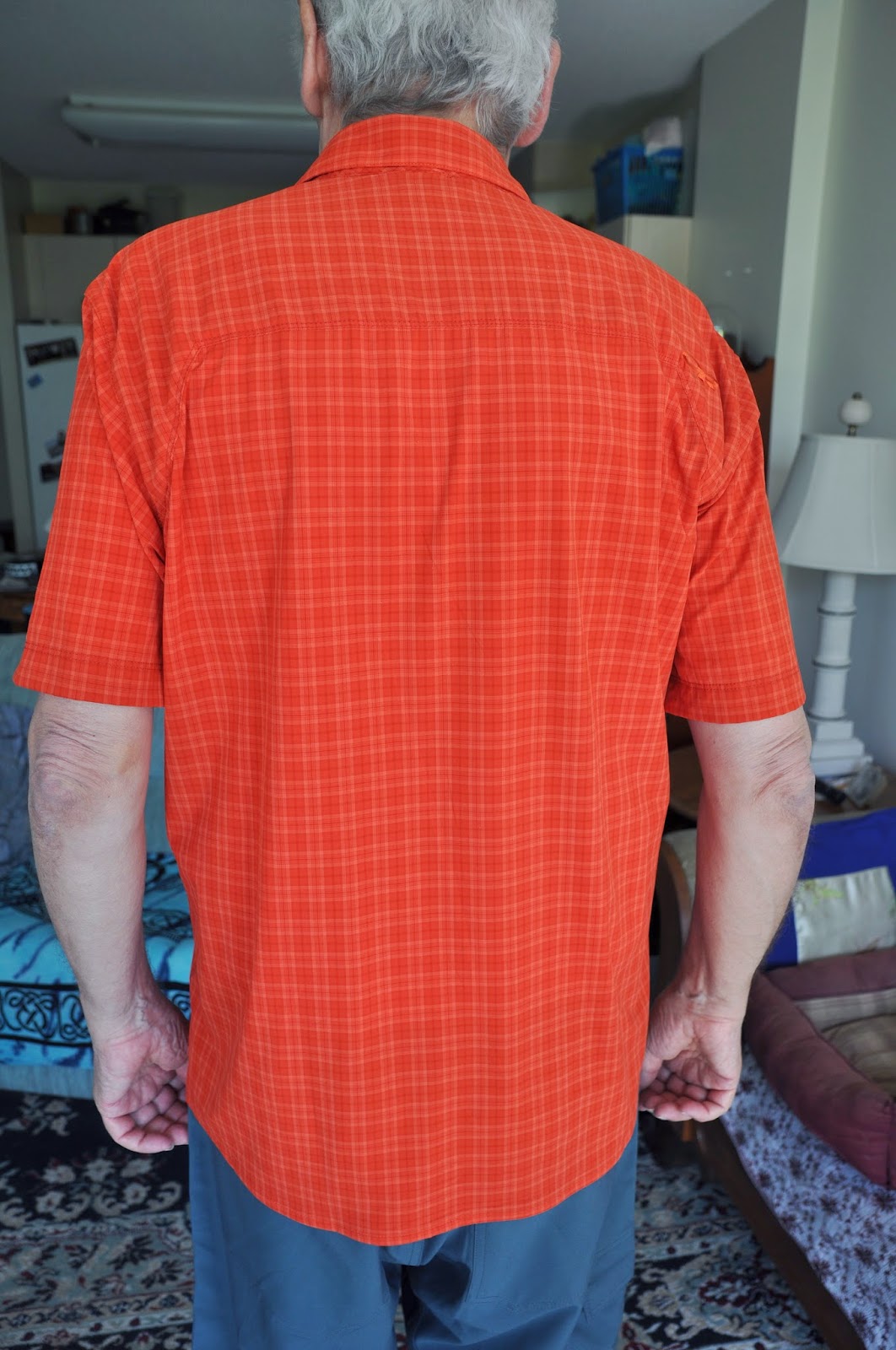 Yesterday, Bill's sister visited and she brought along "M", her youngest grandson and Bill's great nephew. We had neglected to tell them to wear orange :)  but they brought so much brightness with them, it would be fair to say they dressed the day in sunshine and laughter. 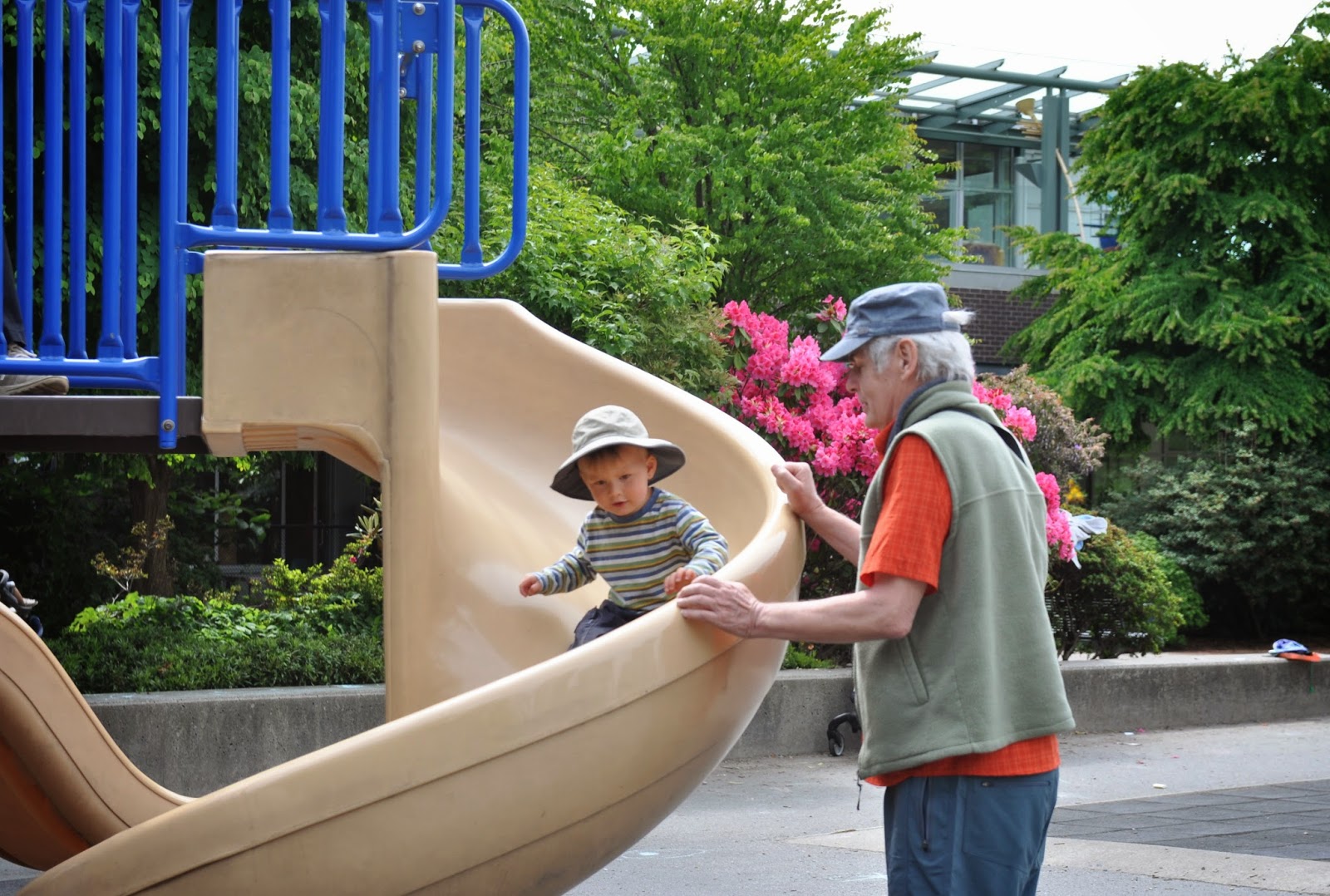 One of many favourite photos.  Hop Scotch surely has stood the test of time! 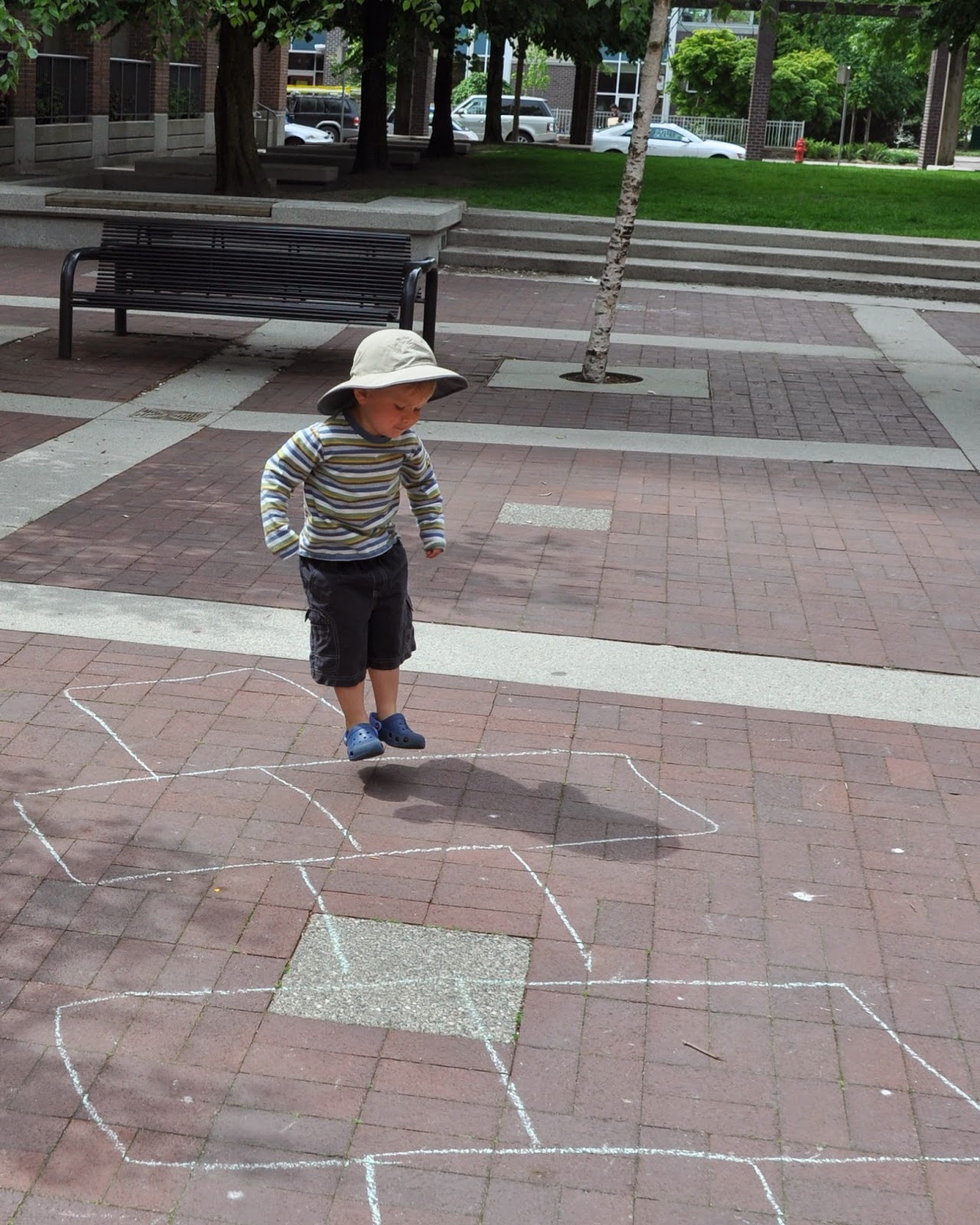 We had a very good lunch at Sciué, and as you can see, orange is celebrated.. 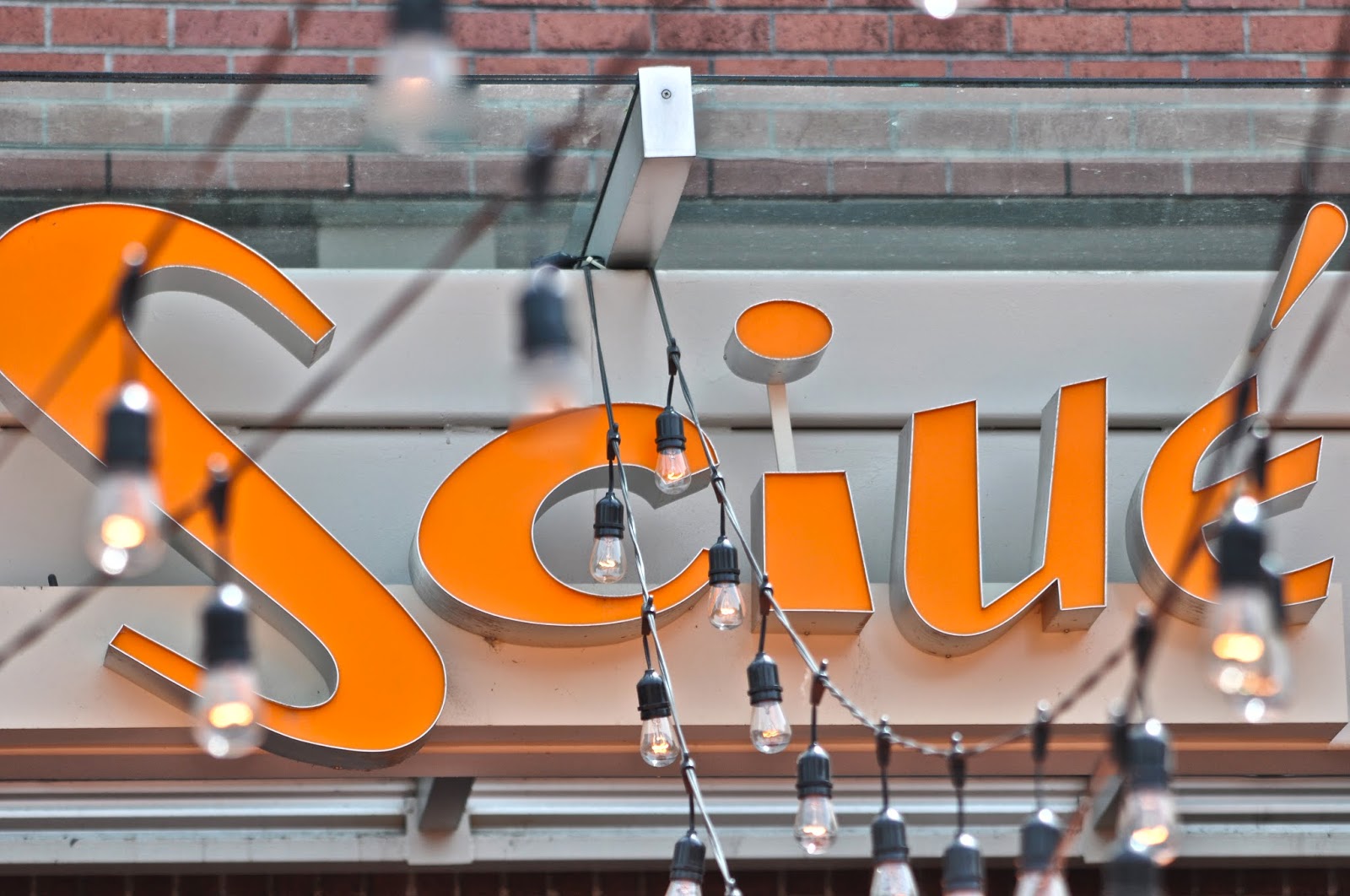 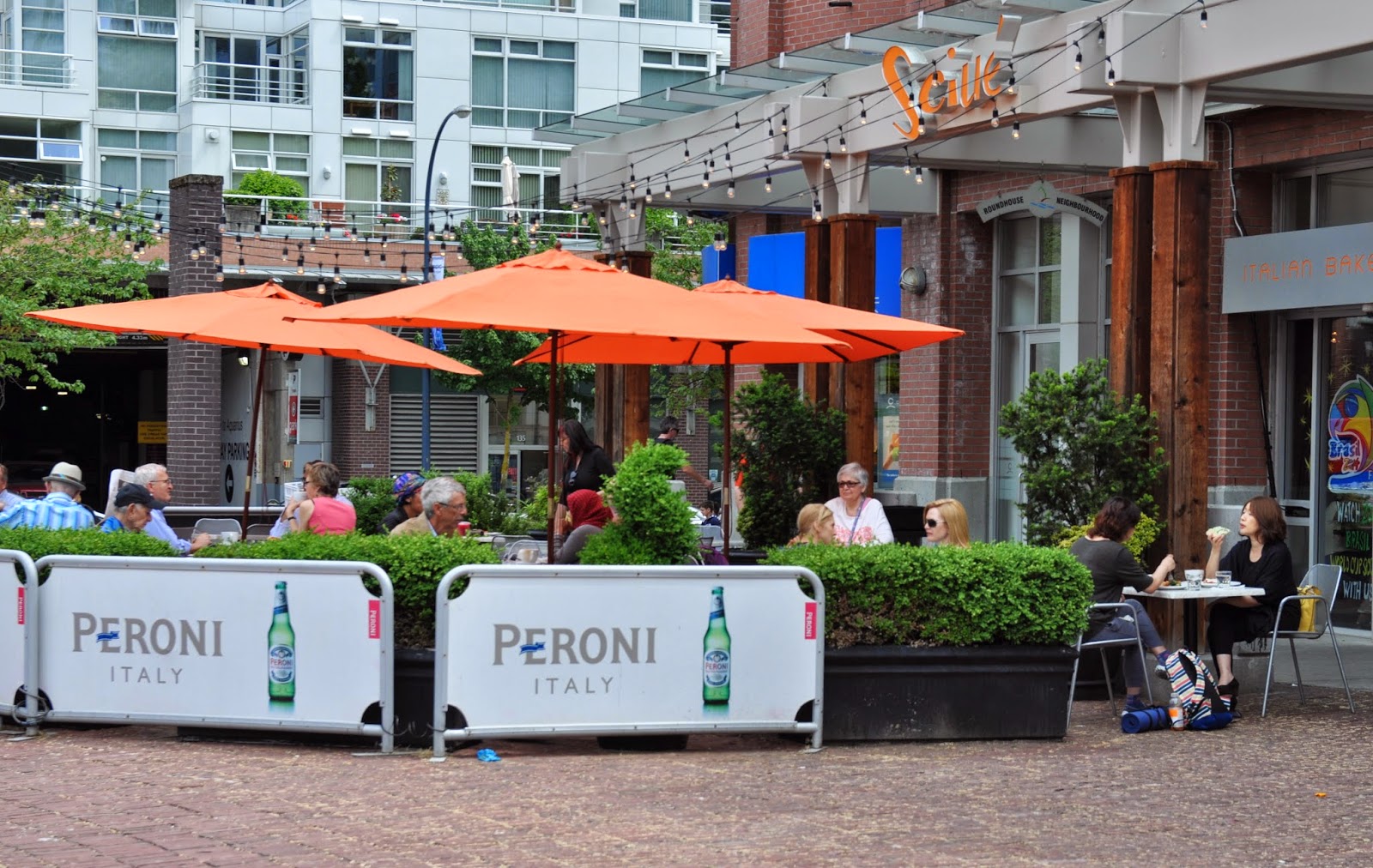 "M" will only turn two in a couple of months but he already has a well-developed sense of humour.  He told us at least five jokes, some of them singing ones and other "knock-knock" ones that brought out the twinkle in his eyes.. 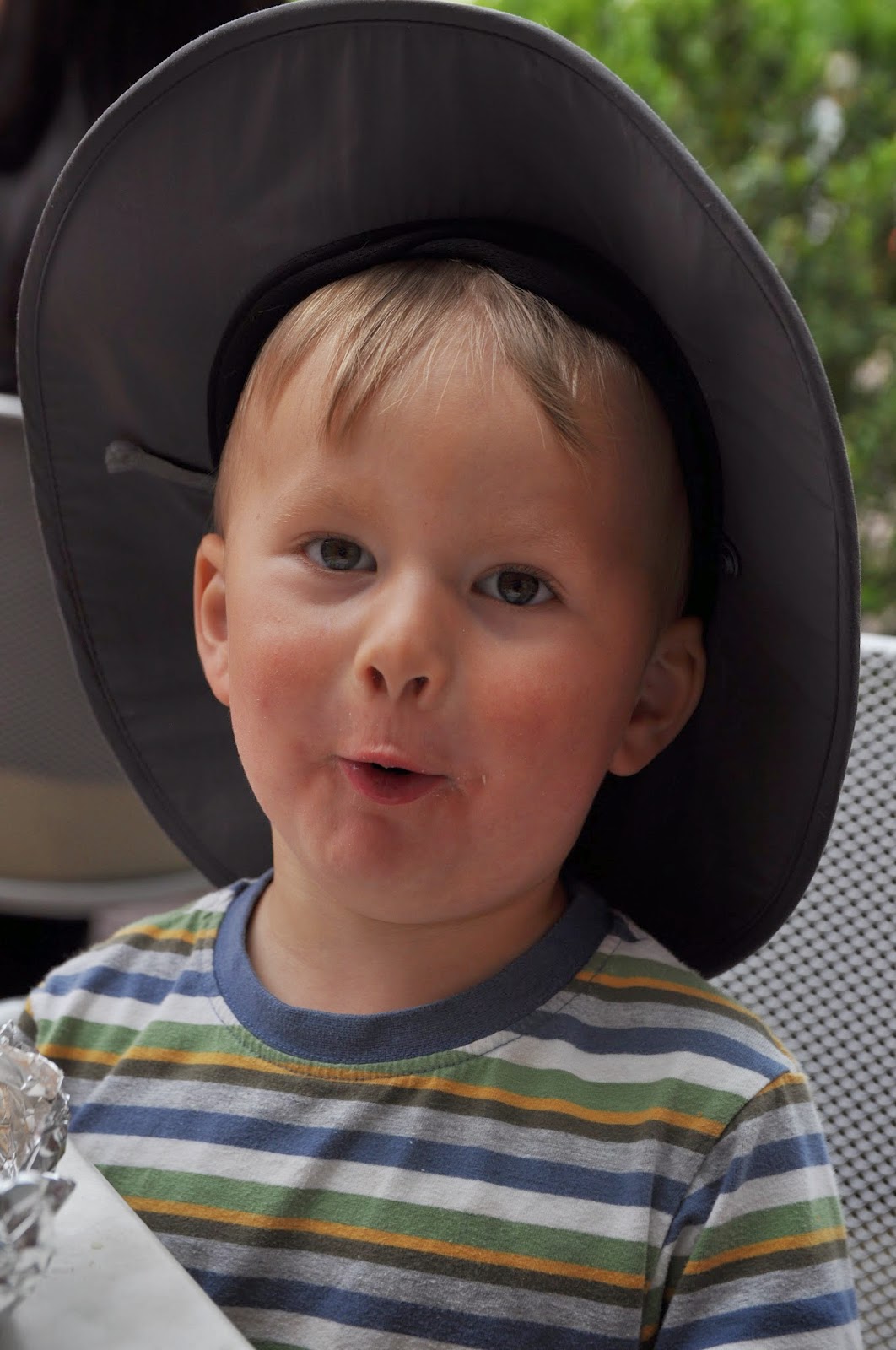 and inspired a lot of laughter. 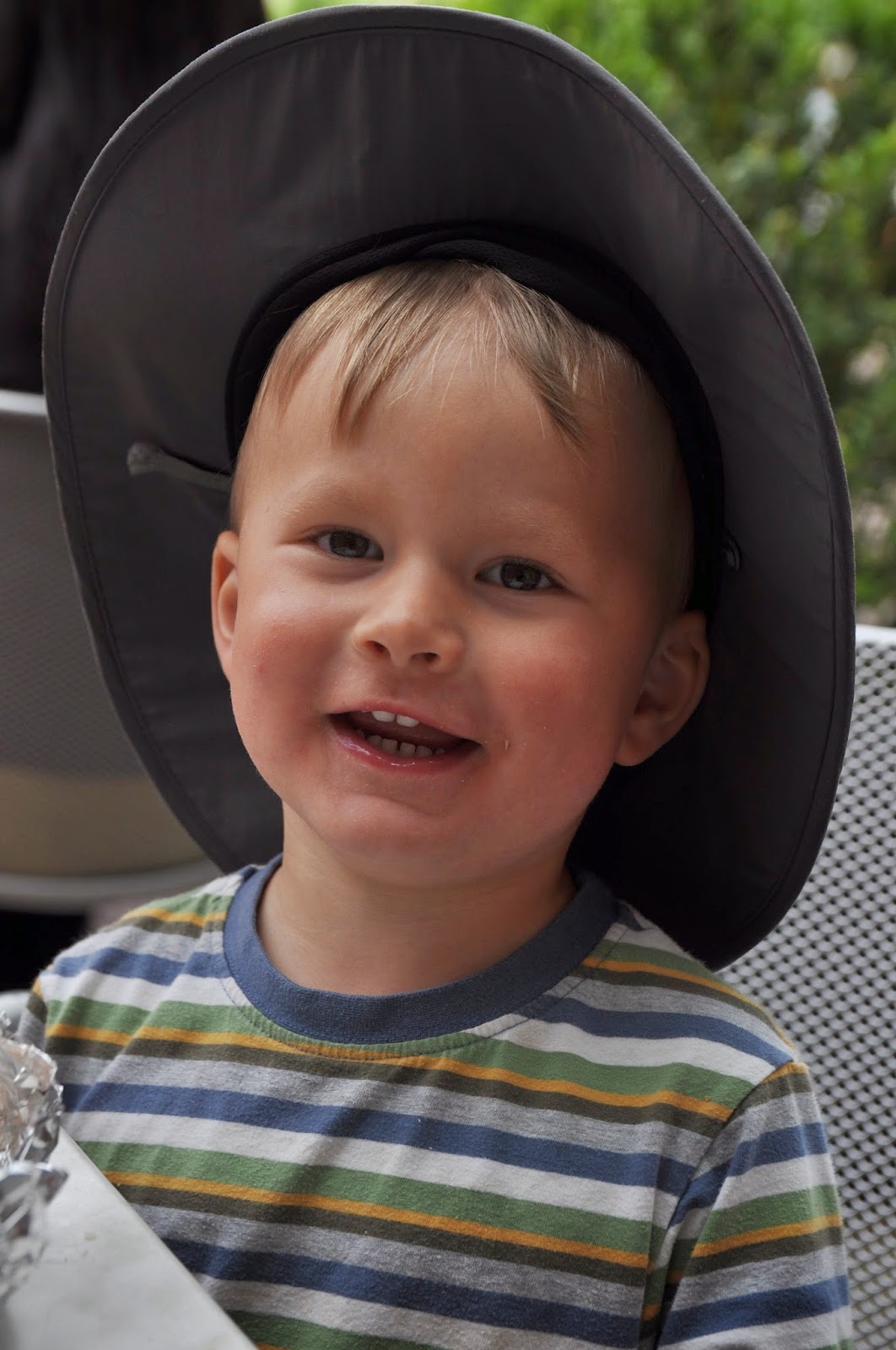 Just as we were finishing lunch, a bird appeared in the hedges by the café.  I rushed to put on my big lens, but in the end missed the one I had seen with the beautiful reds and oranges in its head and feathers.  This must have been the male.  In my mind, they were different from the usual house finches we see in this area, but whatever the species, the male still brings some (very) subtle orange highlights to this post. 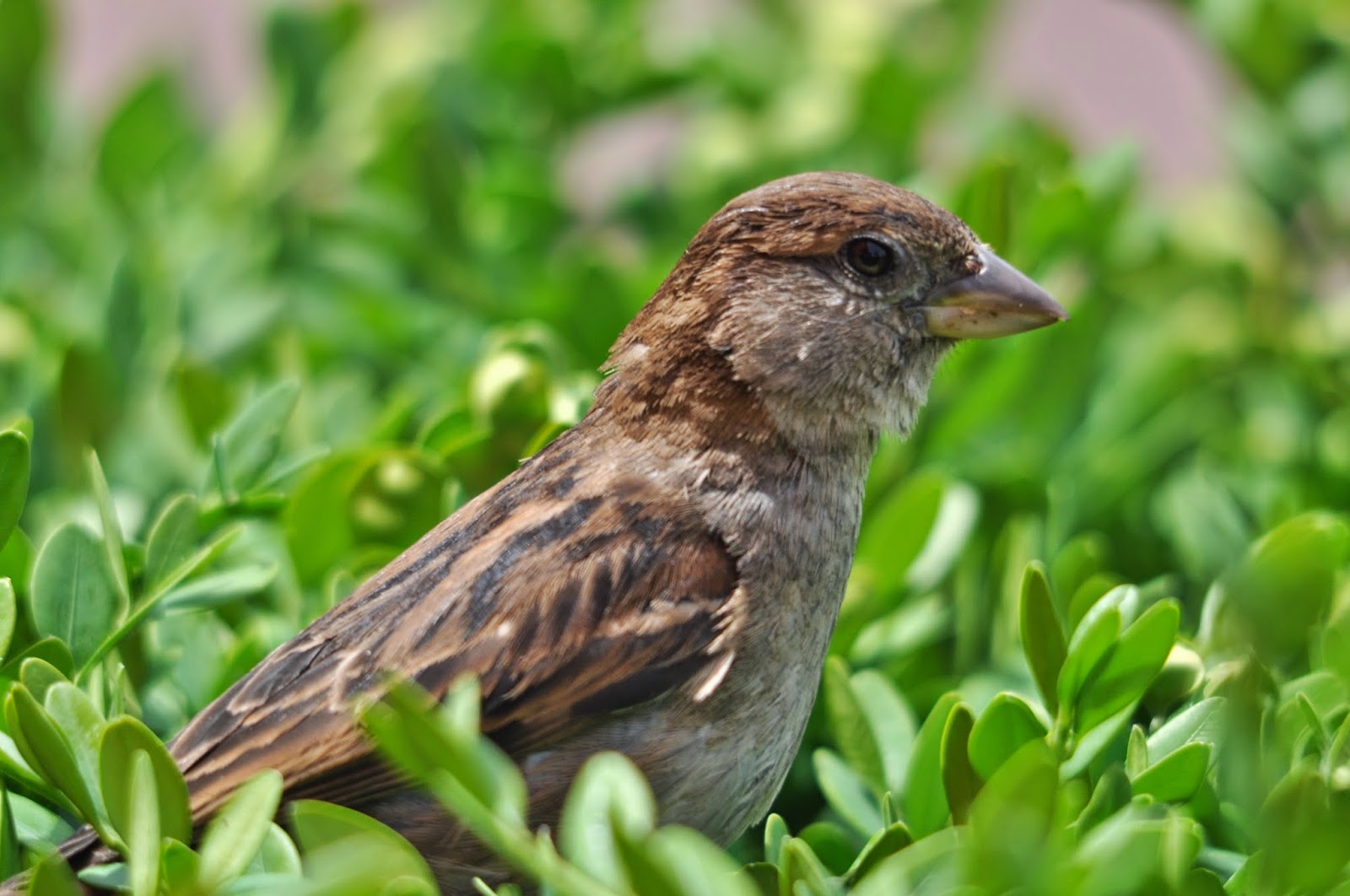 We live steps from Locomotive 374 and stopped by the train museum for a few minutes so that "M" could climb the stairs to sit in the engine car.  I love the wonder in his eyes here. 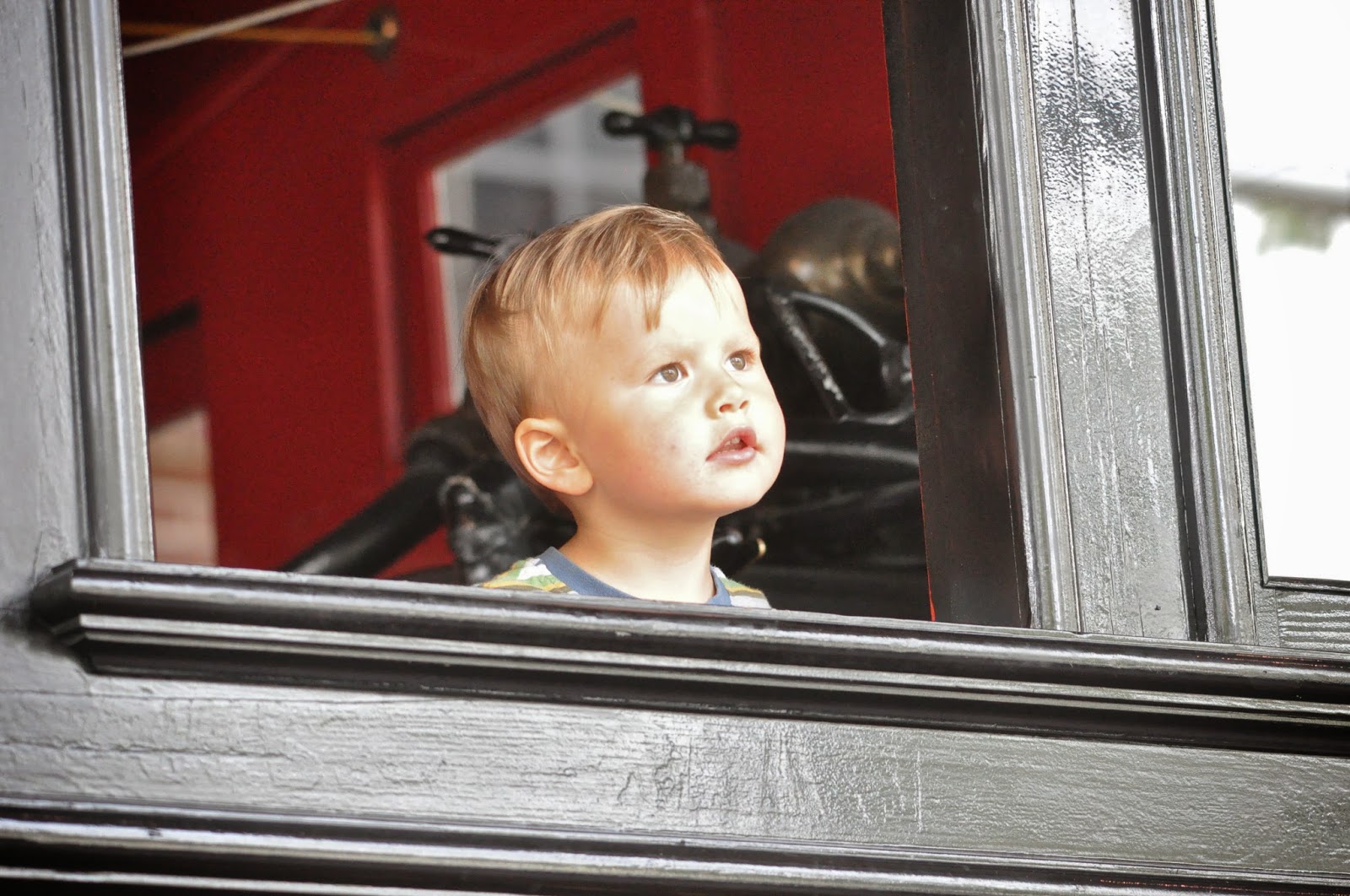 I also adore this photo of M and his Grandma running around the engine.  I didn't manage to get it in focus, but it evokes energy and fun and would make any OGIF post proud! 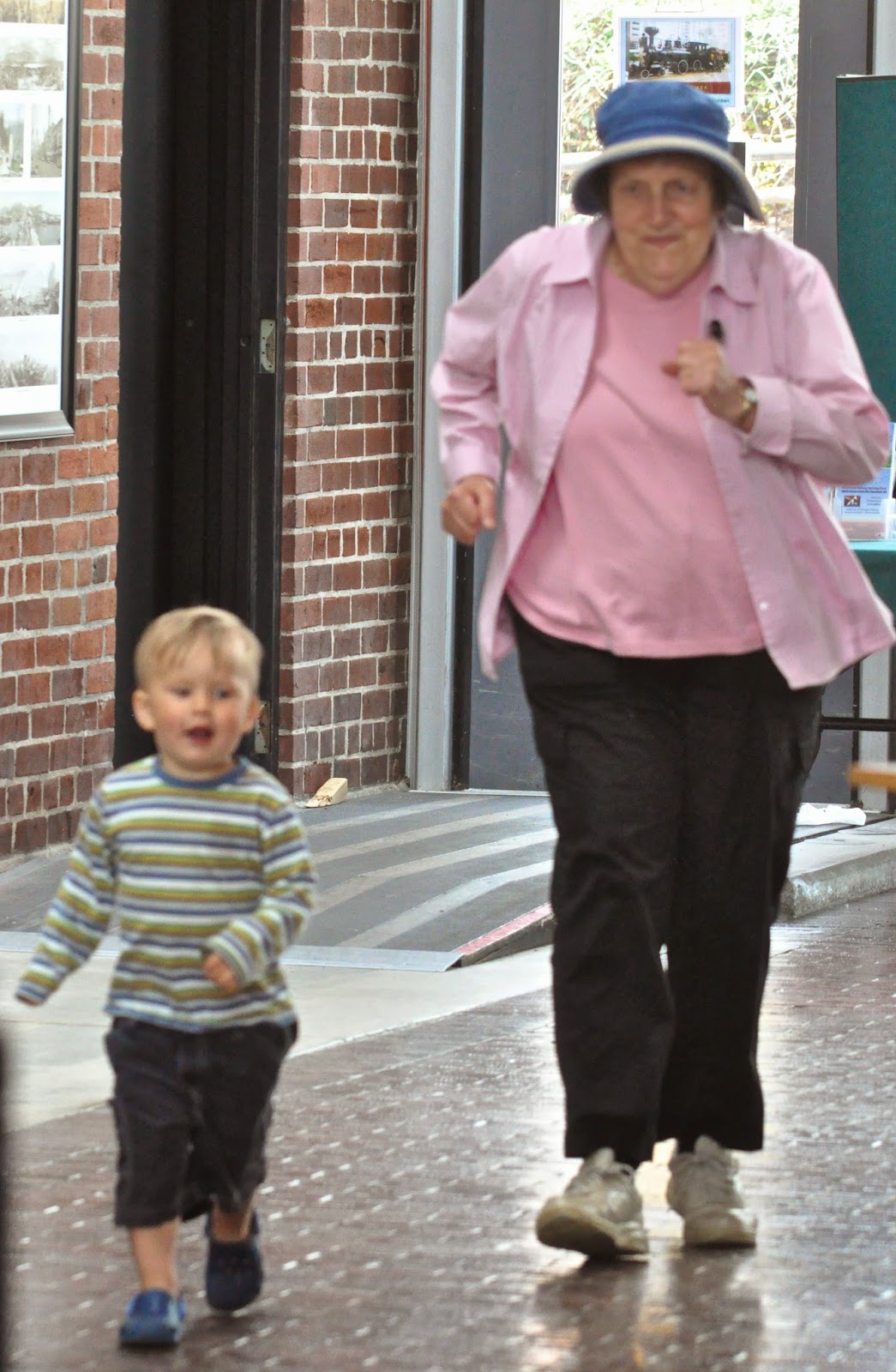 This photo of Bill and his sister is another favourite.  It's easy enough to see that "M" comes by his love of laughter honestly. 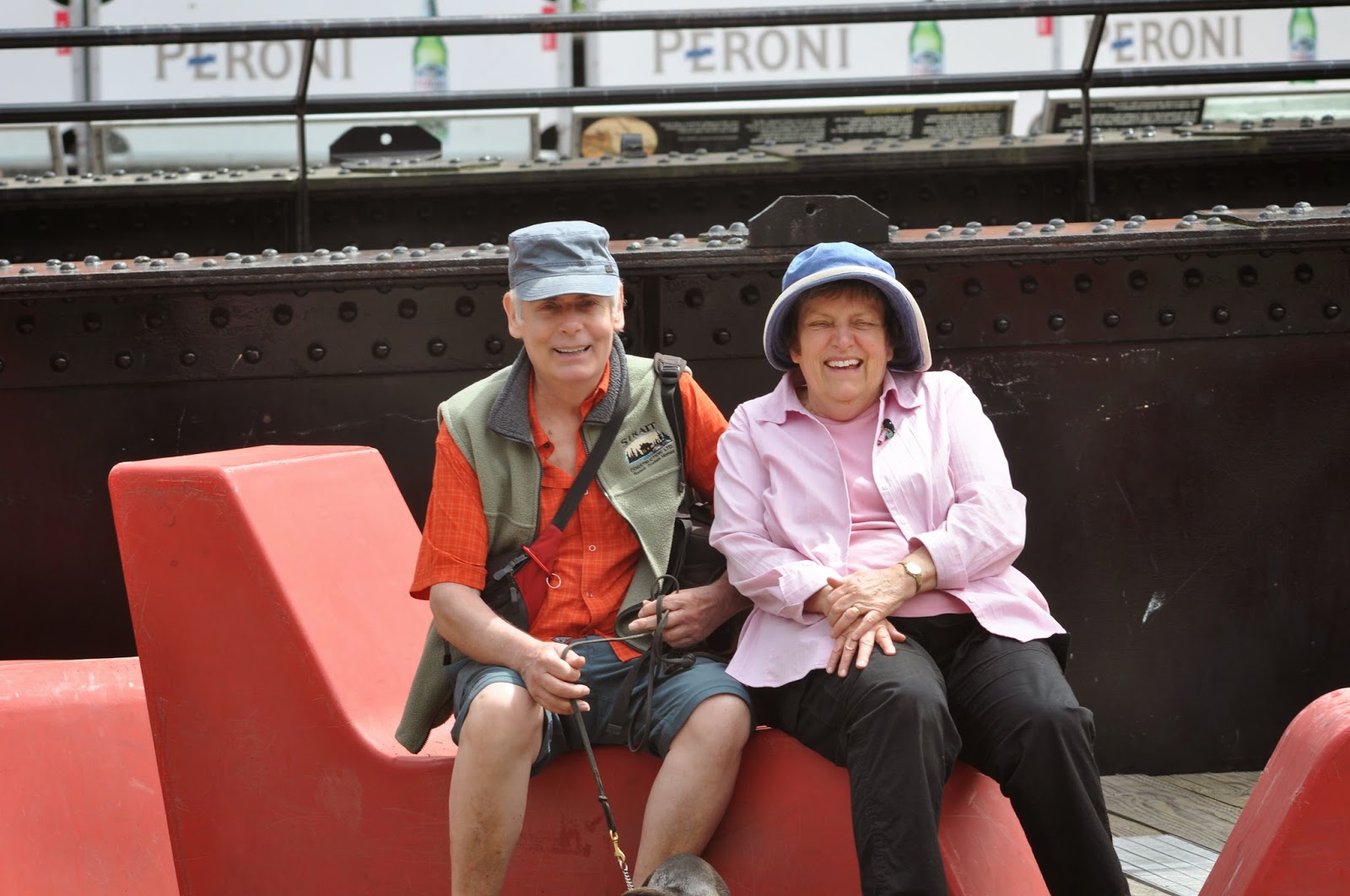 We said good-bye after lunch but.. 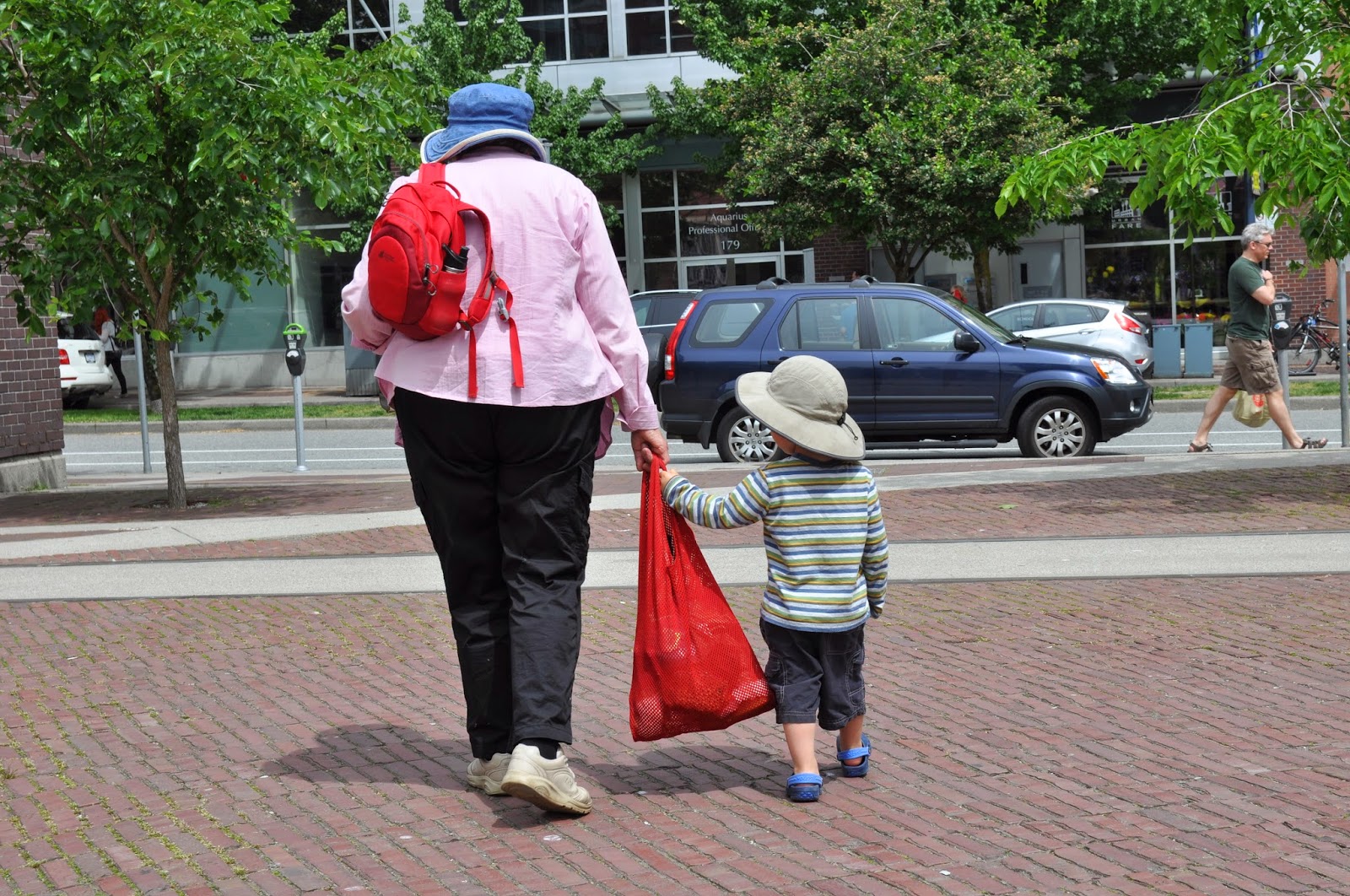 I took a few more photos featuring some oranges around us as Bill and I walked.. 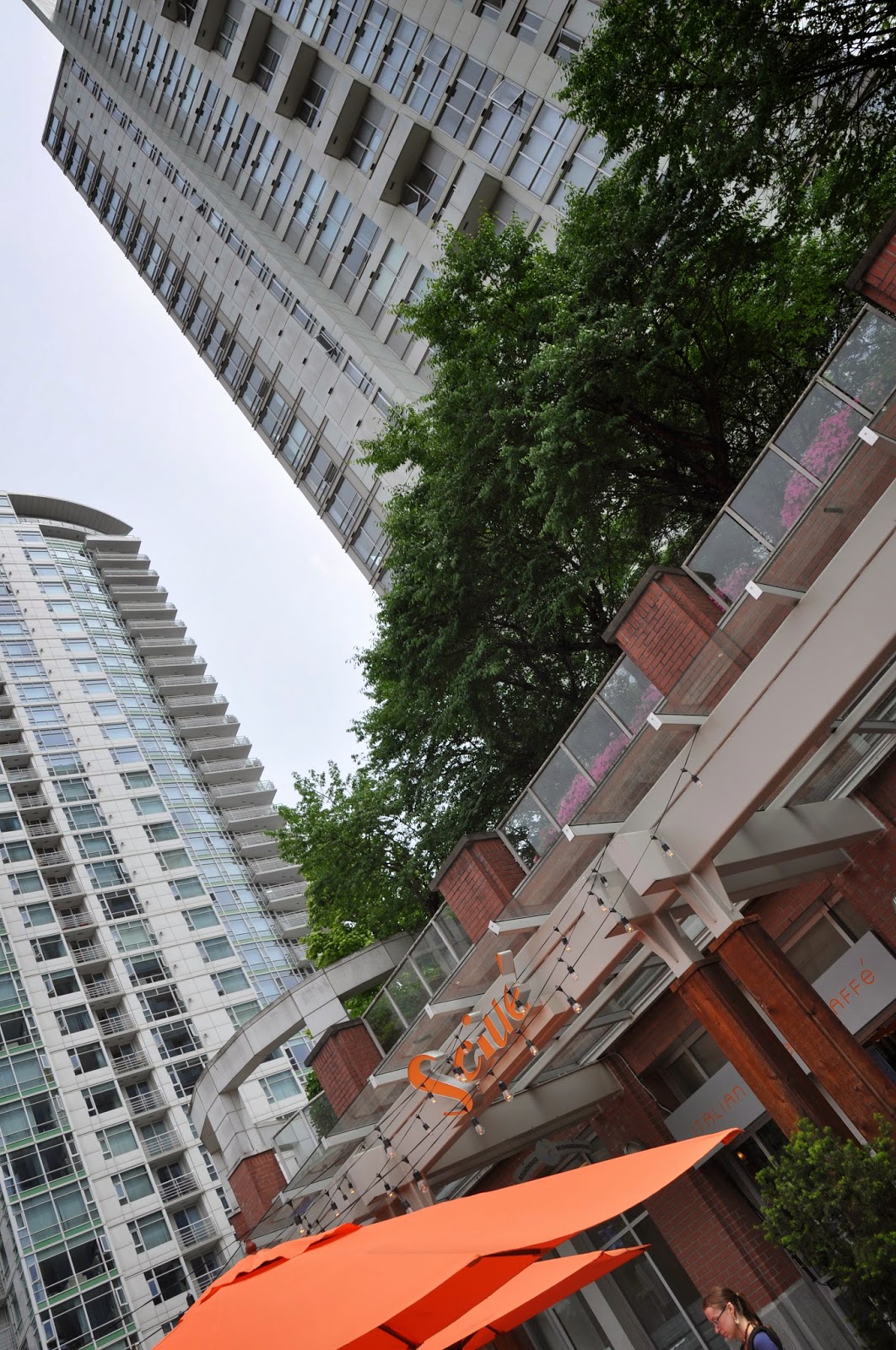 back to our apartment.  Black Jack wondered why she wasn't included in the line-up but I.. 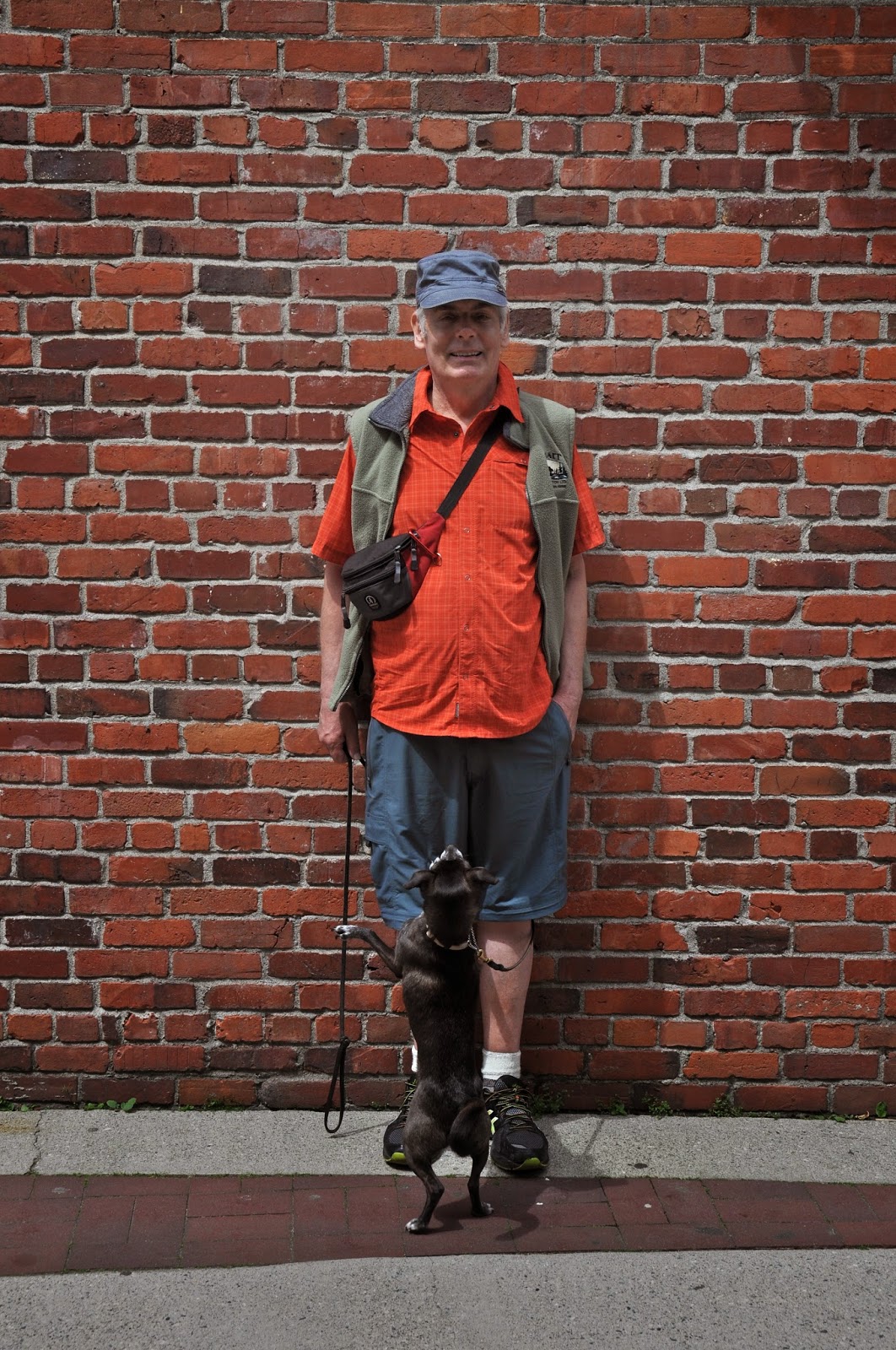 thought Bill's smile and new shirt should be featured against the bricks all by themselves. 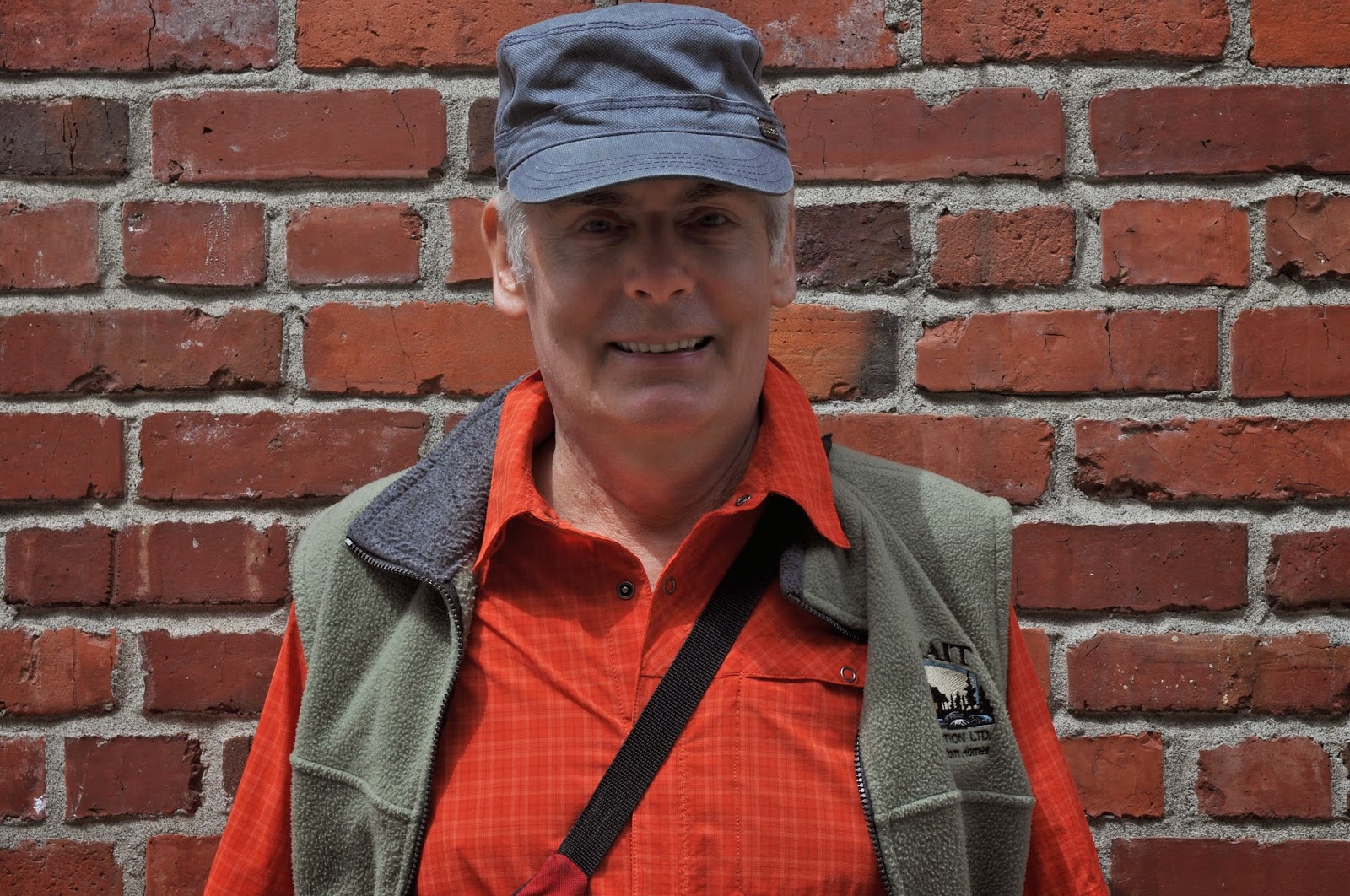 There were a couple of lonely orange blooms in this planter, and though.. 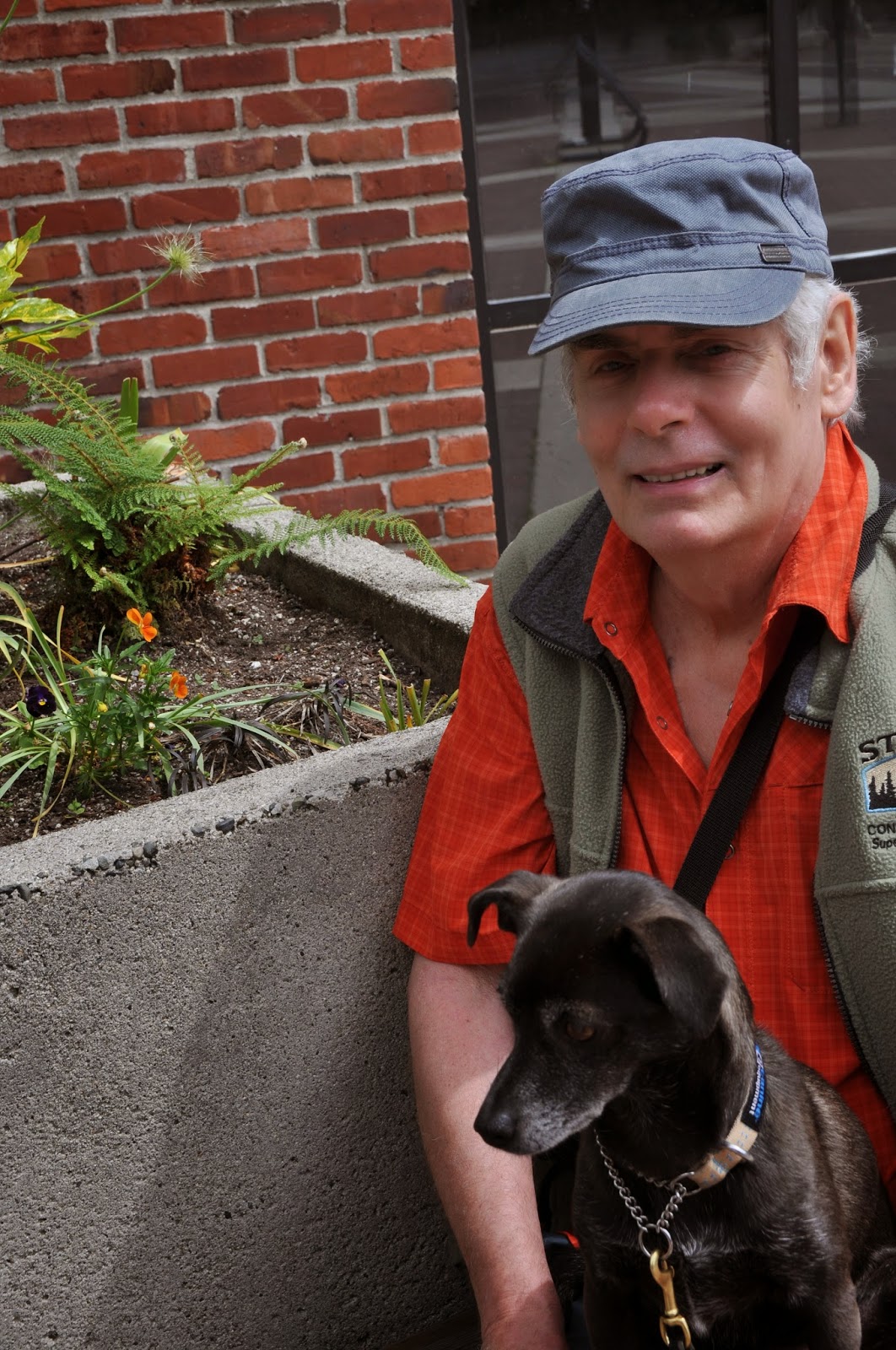 a mystery bit of green caught my eye.. 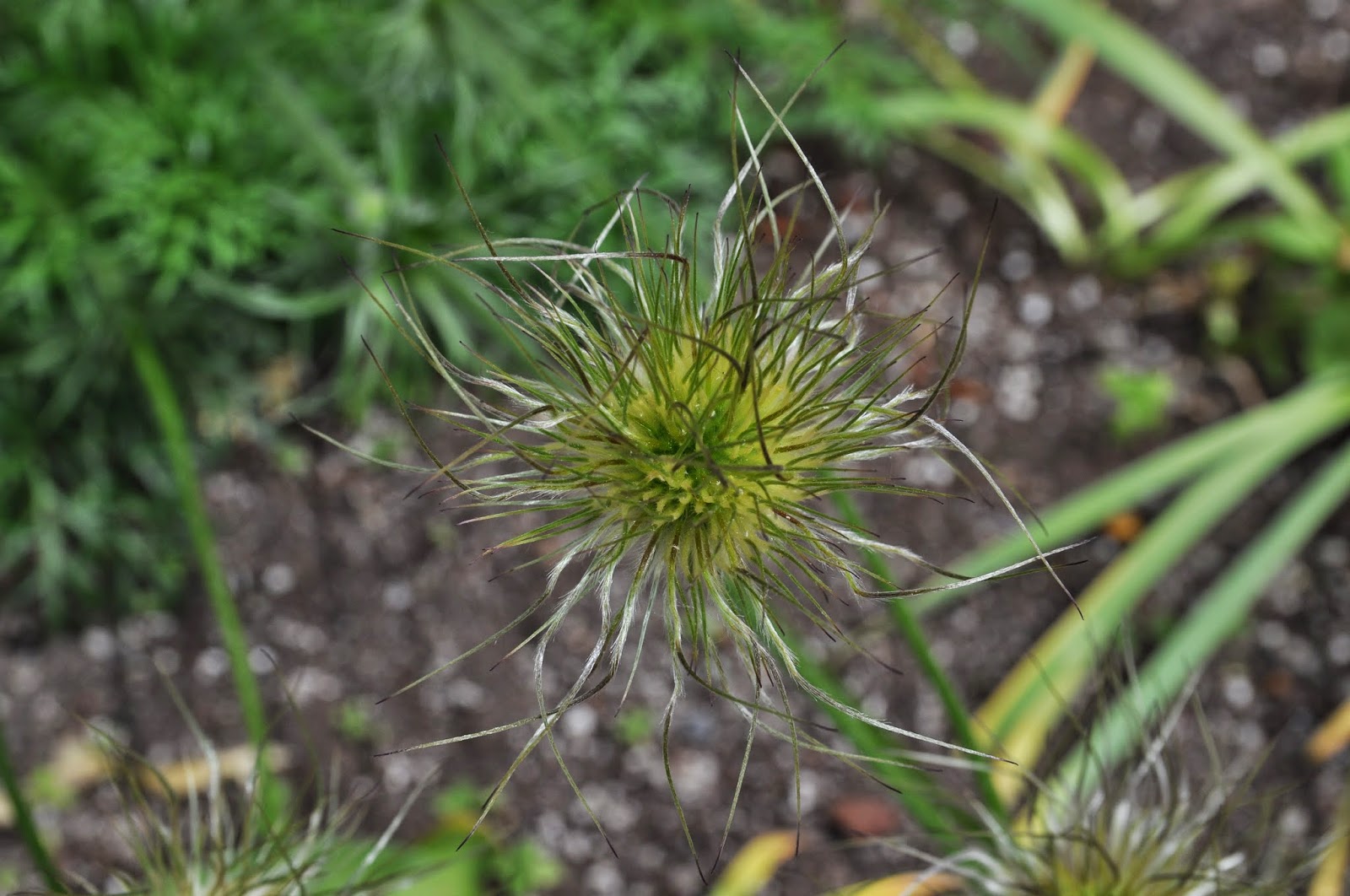 at least as much as the orange, I guess the bottom line is that beauty can be found.. 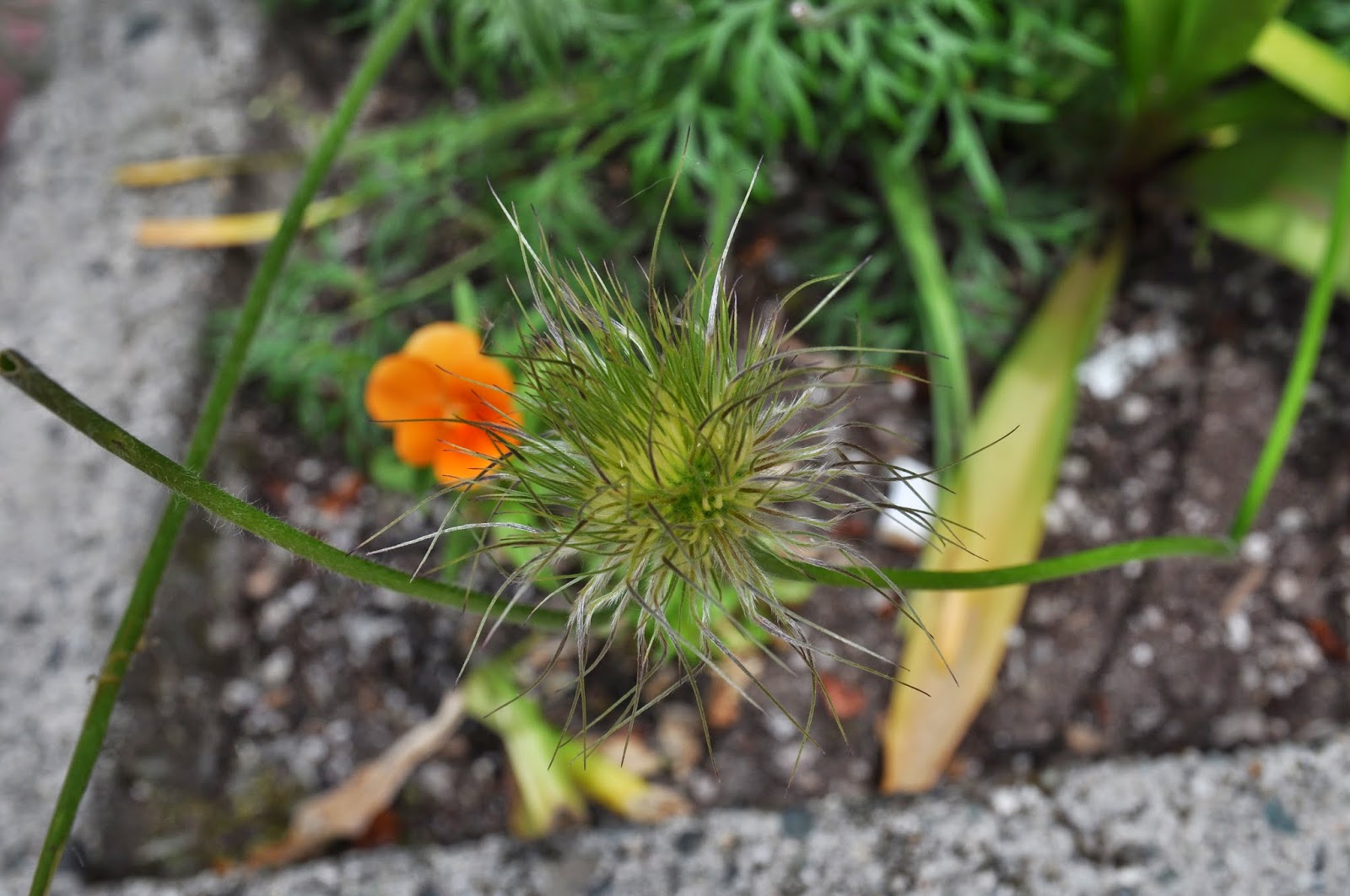 even in rather barren surroundings.  Brave little orange blooms! 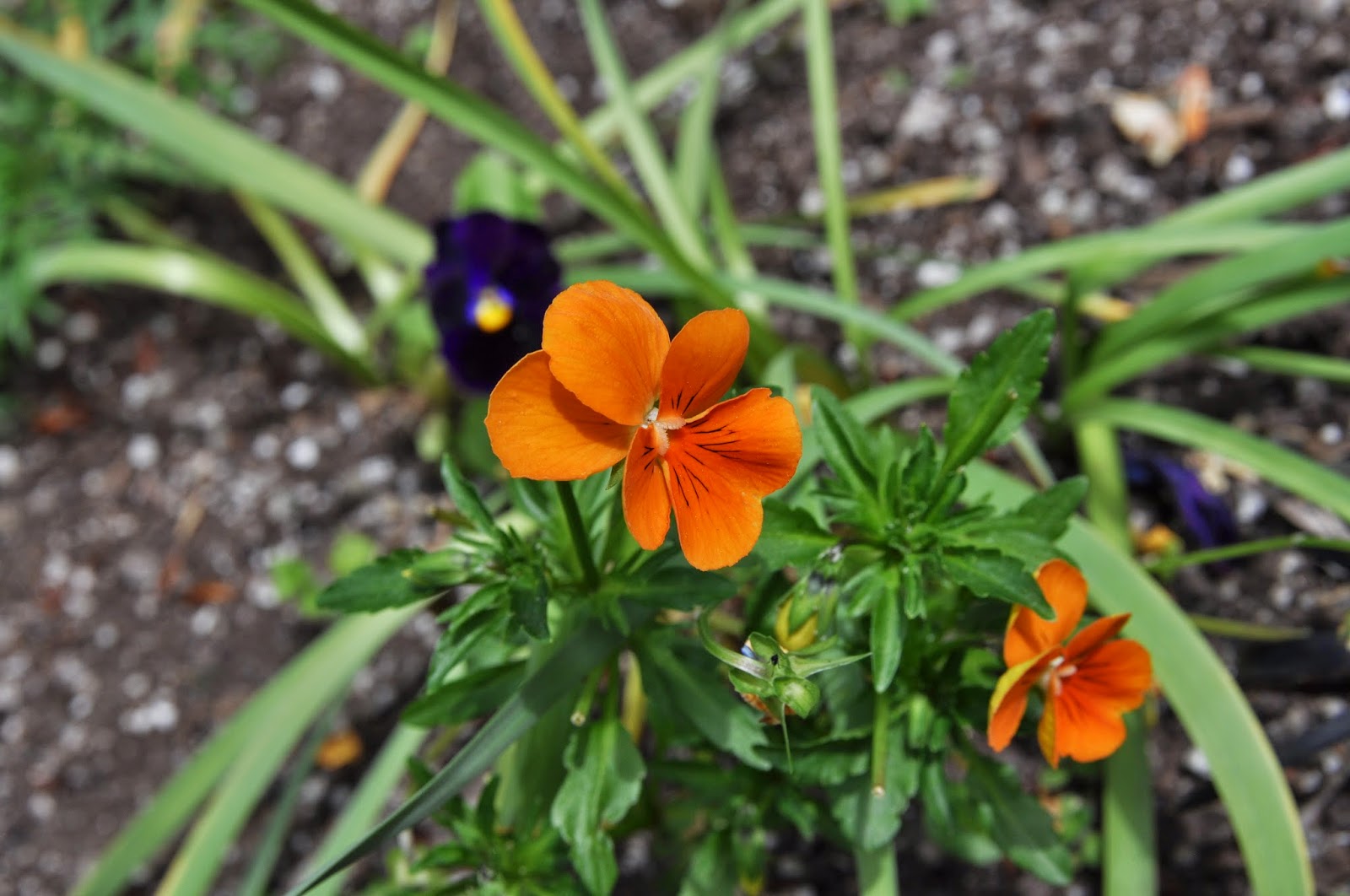 A kind gentlemen took this shot of us in our orange shirts.  If you'll forgive a little "mushiness" I have to say my heart swells with happiness here. 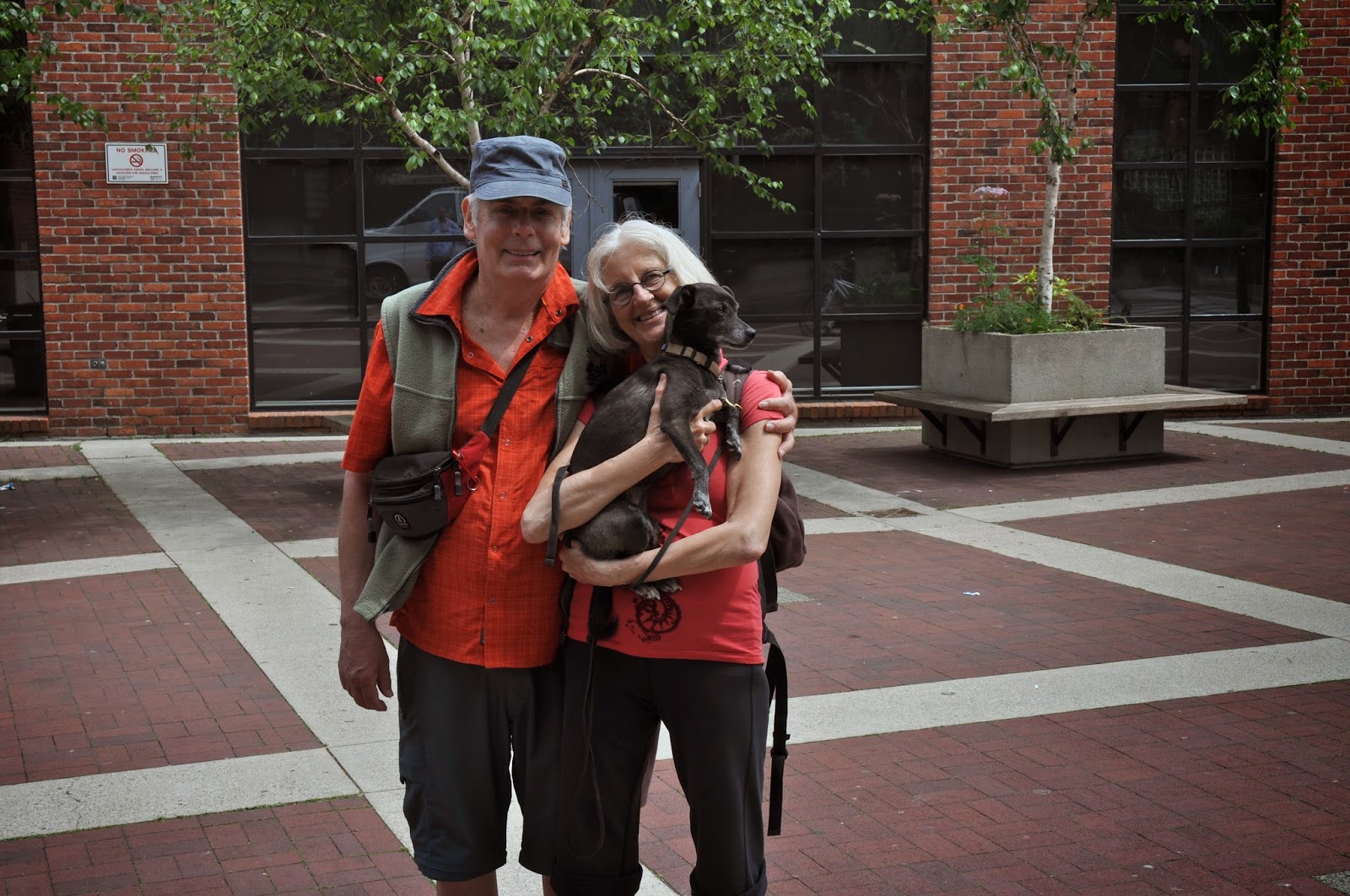 Bill's sister brought us these tulips (the giraffe is a story for another day). 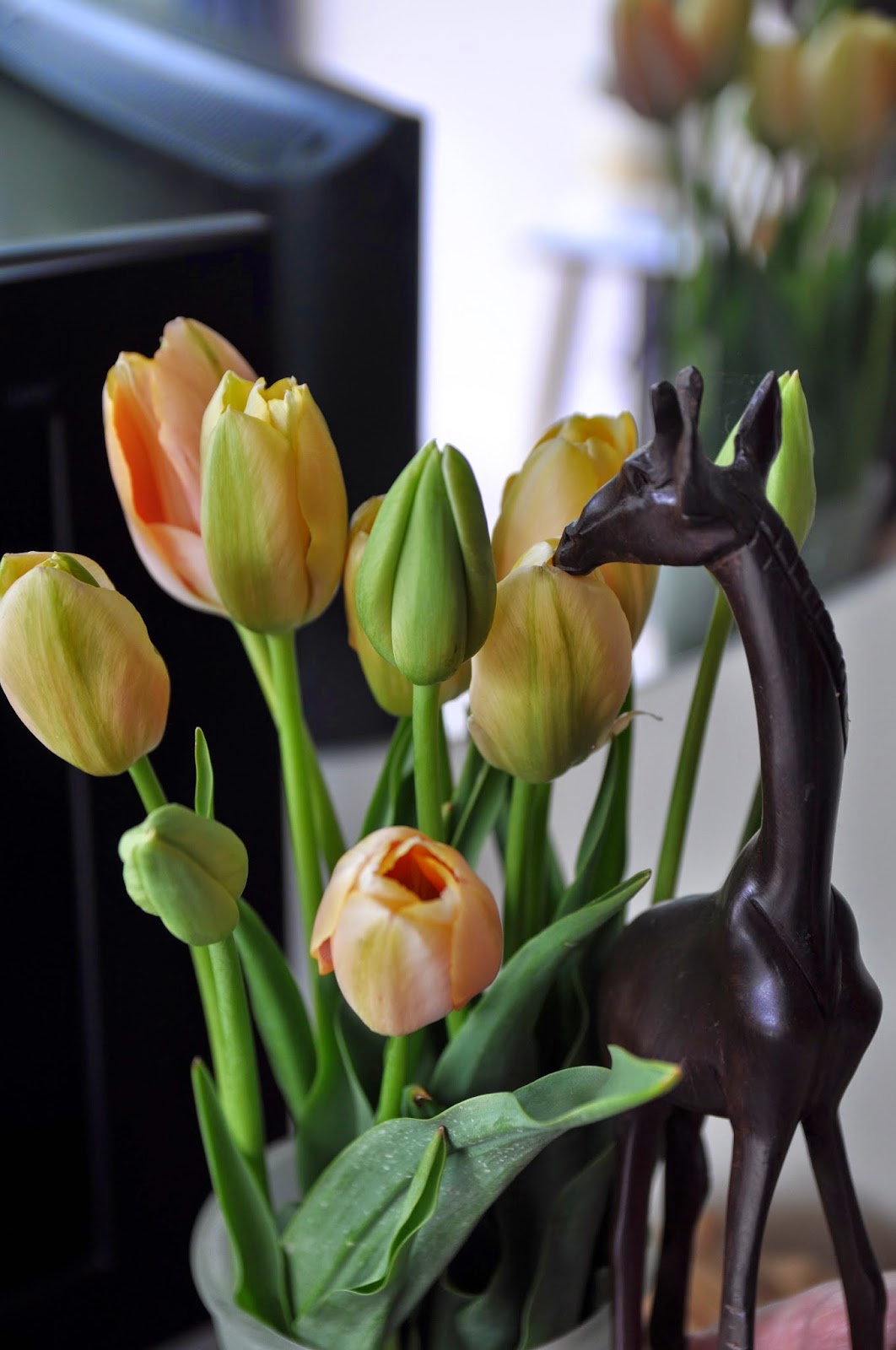 She must have known it was OGIF after all!.. 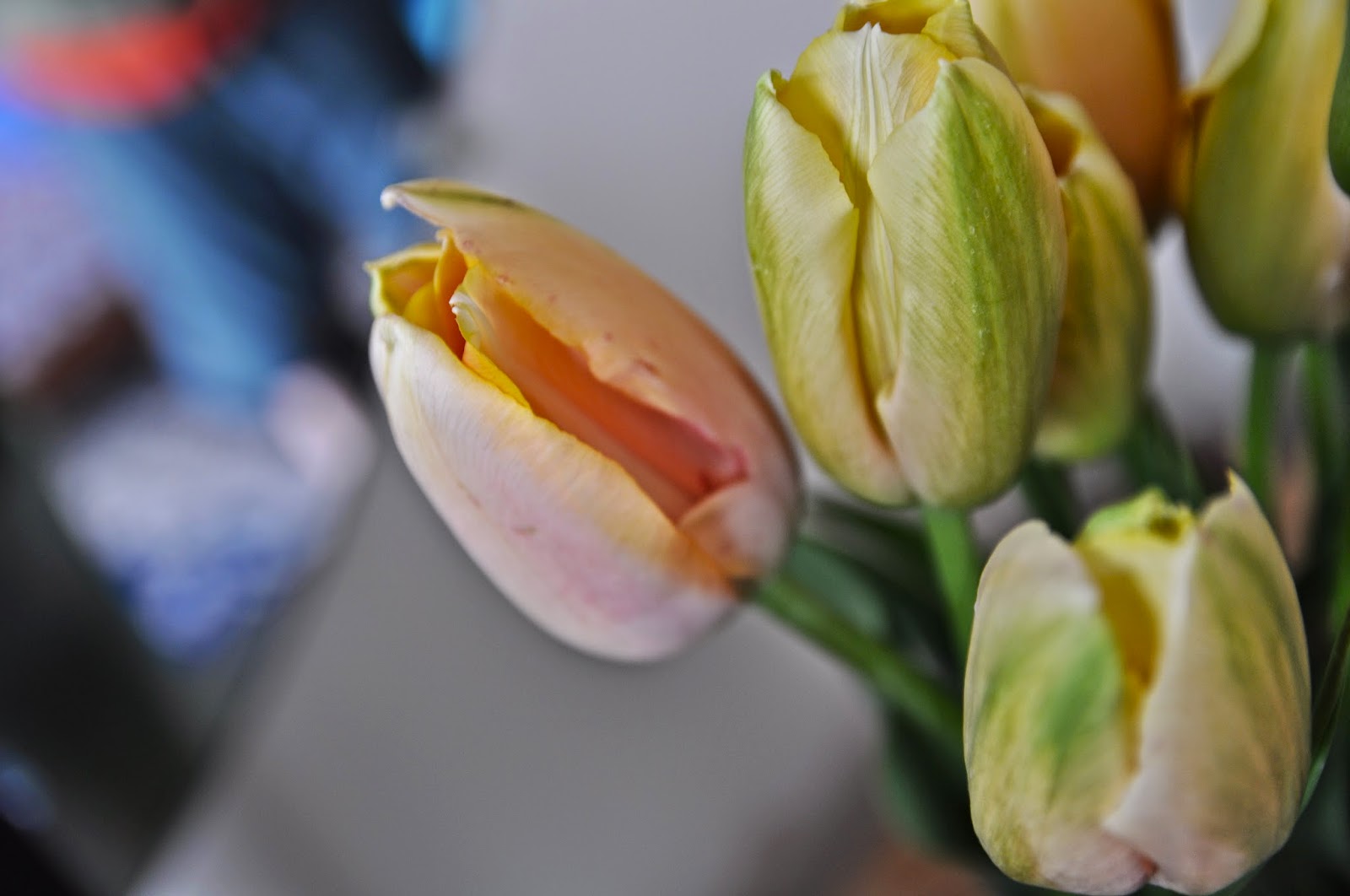 There are a few other moments in our day that I want to record.  Bill and I biked in the late afternoon to Stanley Park to check on the herons. As I stood trying to get a heron shot, I saw this squirrel and then, the hope (unsubstantiated) in Black Jack's ears. 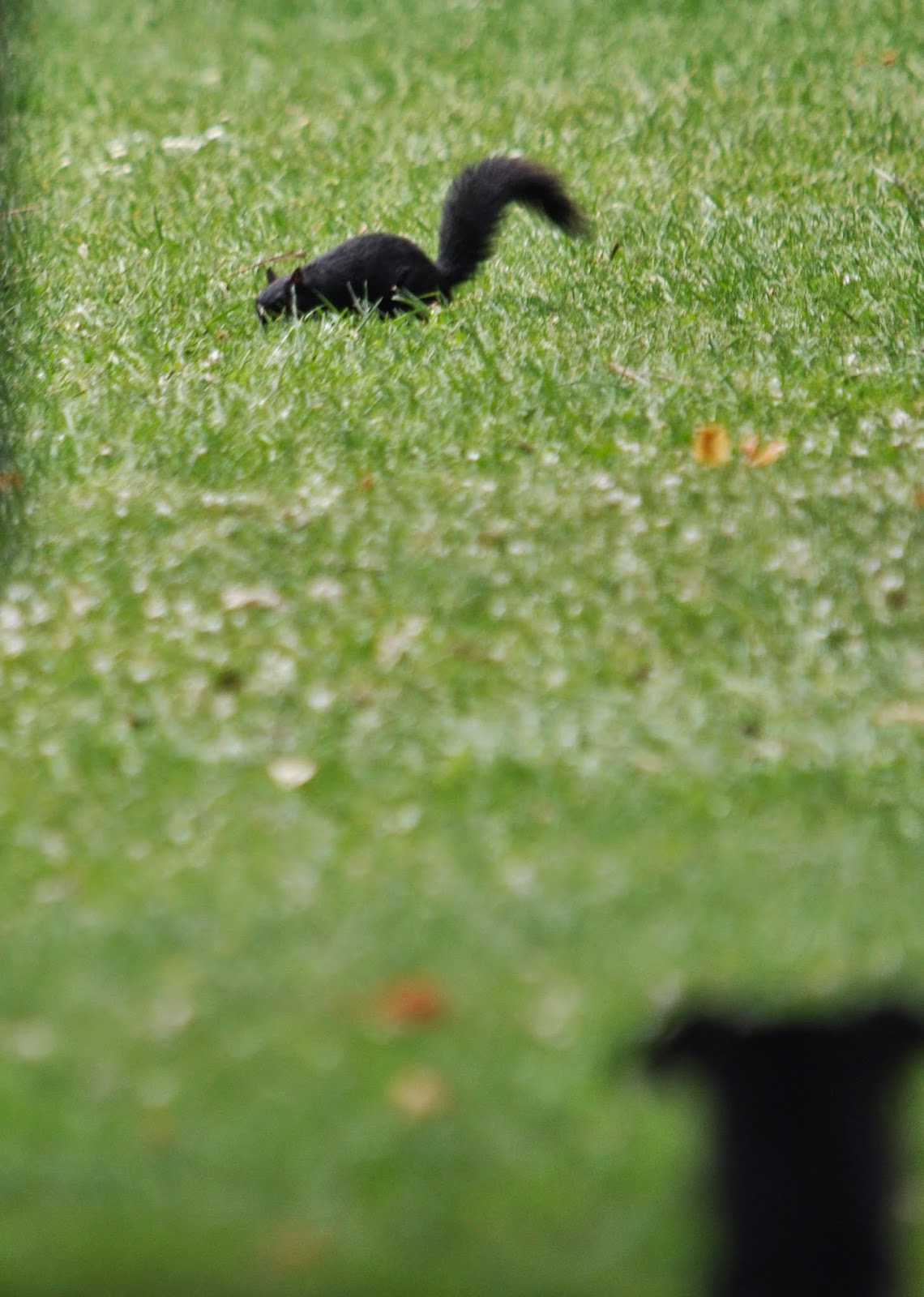 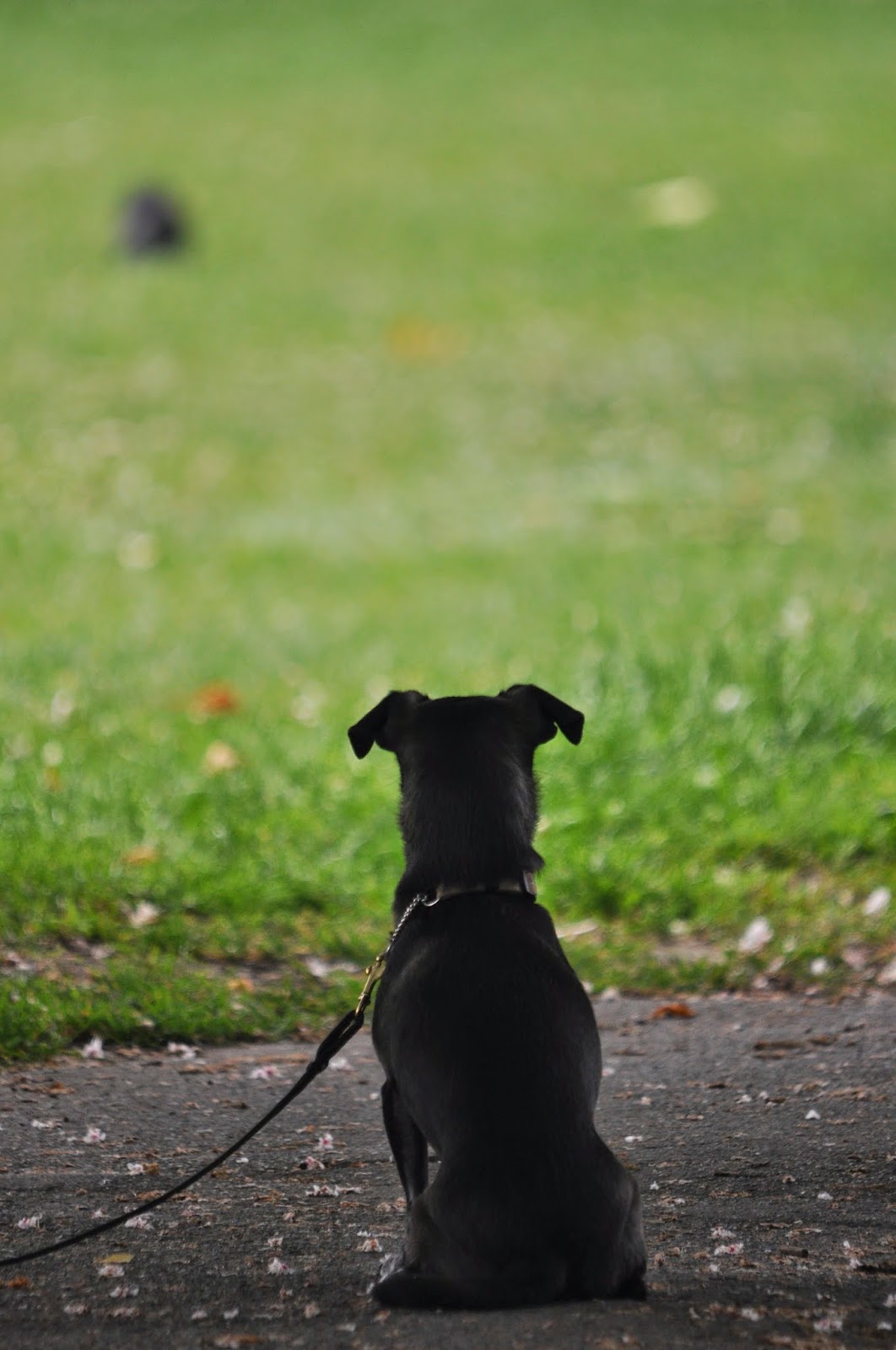 And, I can finally say with absolute certainty that I have seen a heron chick! 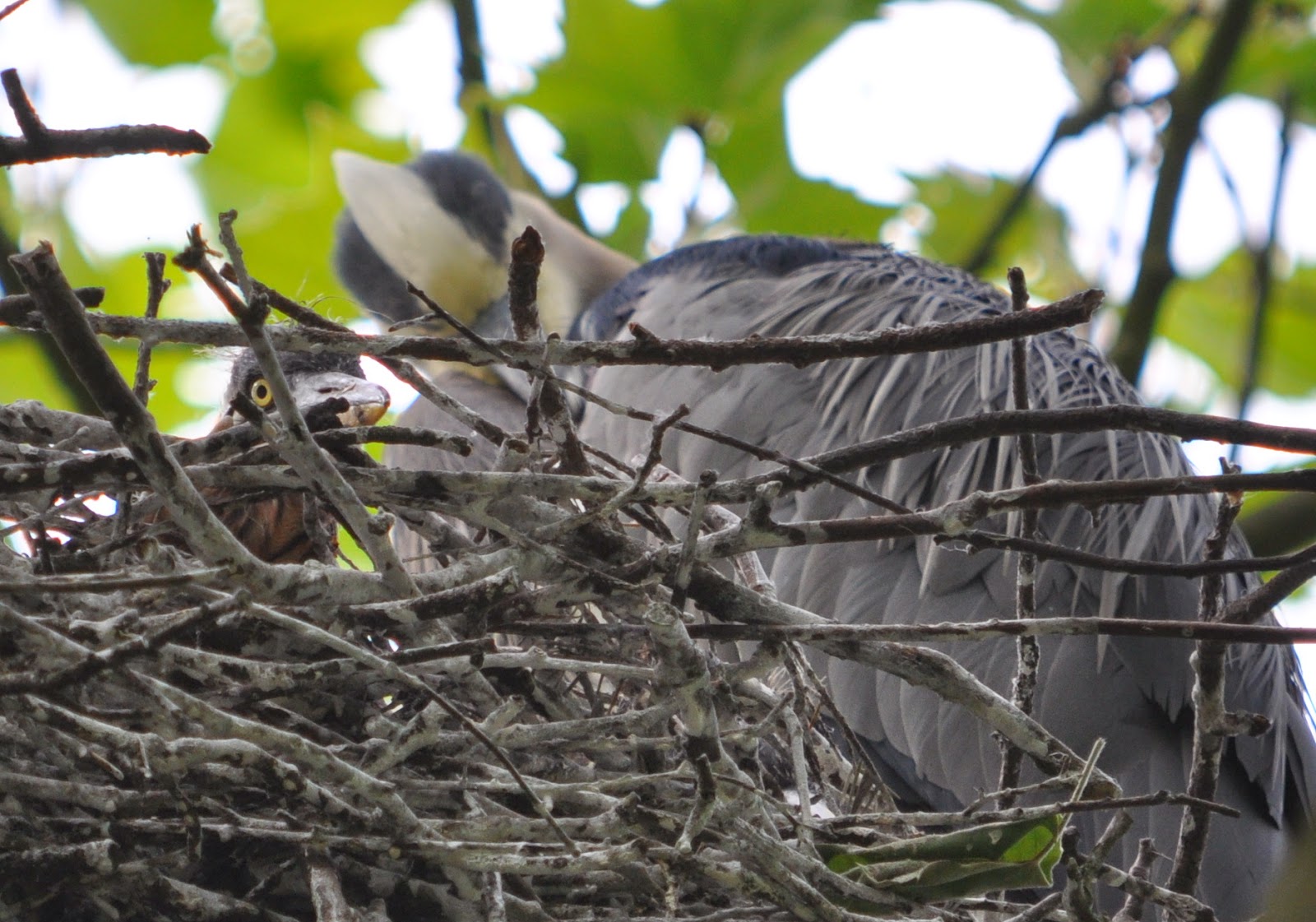 I think s/he saw me too! 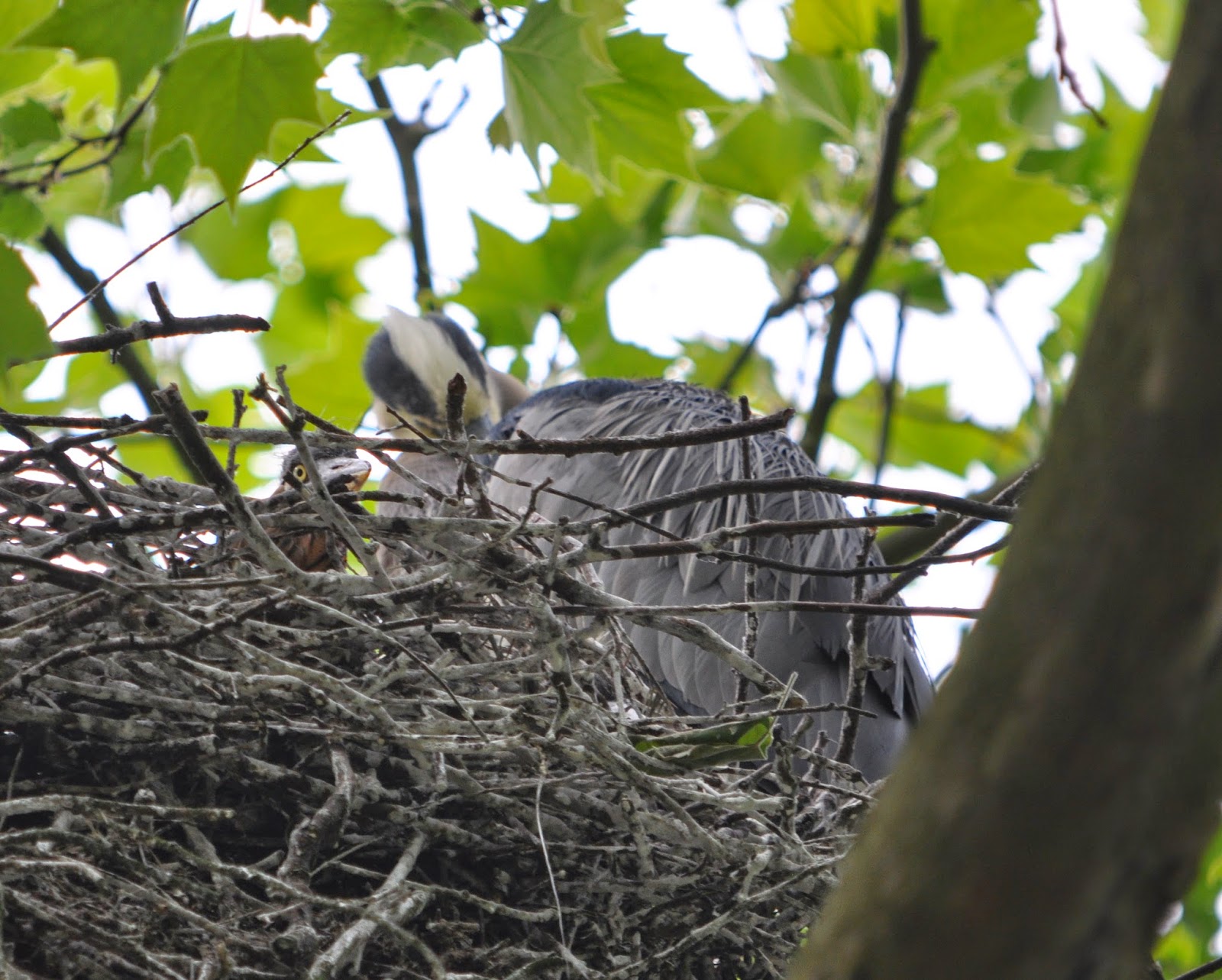 And, just to keep the orange theme uppermost in your mind, a photo of a bloom by the heron nests.. 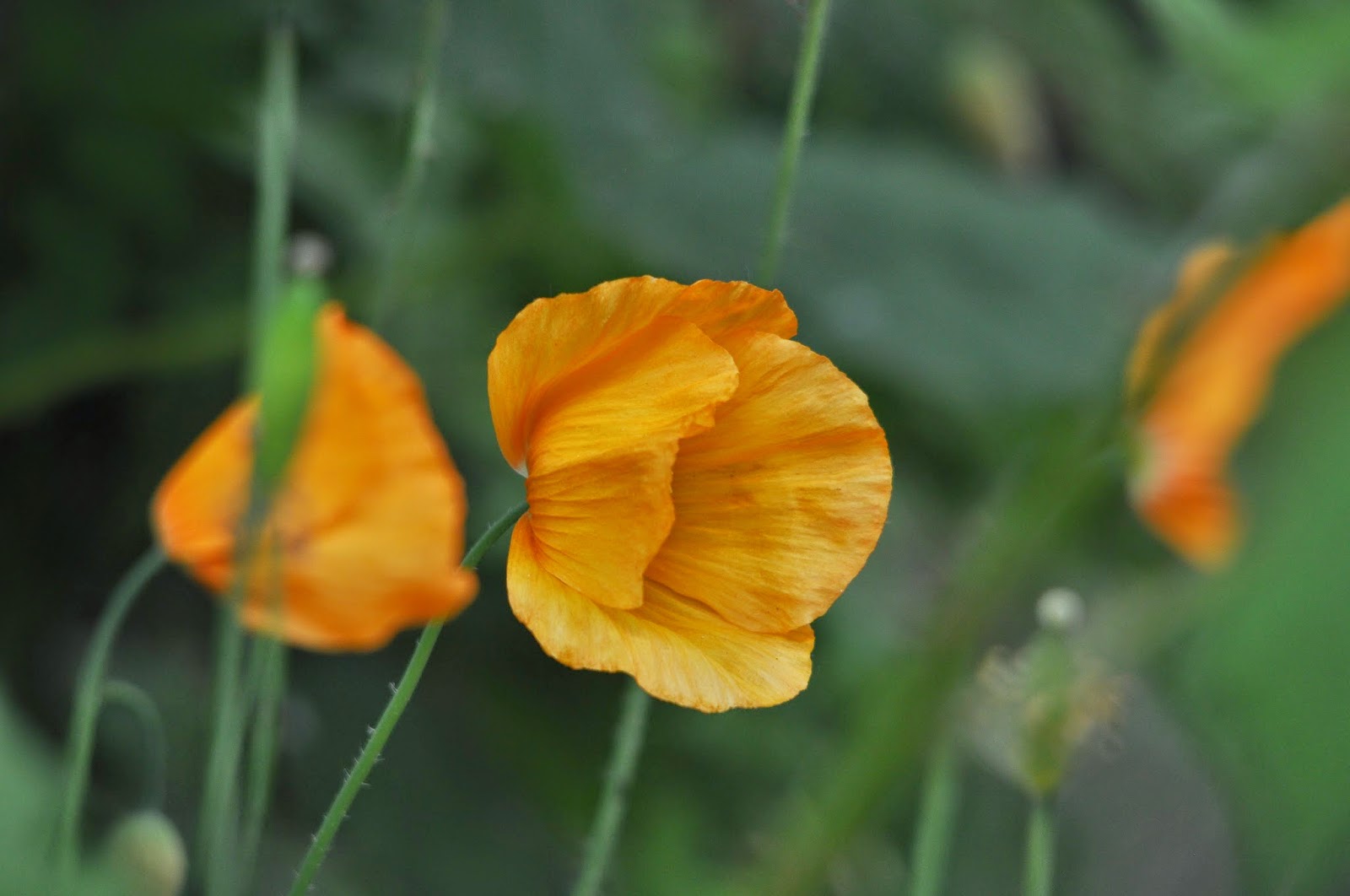 and a quick mention of something that added one more note of pleasure to the day.  Montreal's win over the New York Rangers in overtime brought some happy jumping up and down on the couch while Bill laughed at my antics.  I've been in Vancouver for almost 15 years, but I grew up listening to my sister cheer for the Montreal Canadians (I came to my enjoyment of sports later in life), and I still feel a connection to them.  I'm not obsessed here.  In fact, Bill and I respect Alain Vigneault, the coach of NYR, very much.  Neither of us thought he deserved to lose his position with the Vancouver Canucks.  It would be a bit of a statement should they go on to win the Stanley Cup.  May the best team win :)

Thank you for stopping by to share in our very good day.  For more thoughts and photos about the colour orange, I think you will enjoy OGIF.