I am posting this to Look Up, Look Down (thank you, Debbie!).  My gaze was directed just a little bit downward here.. 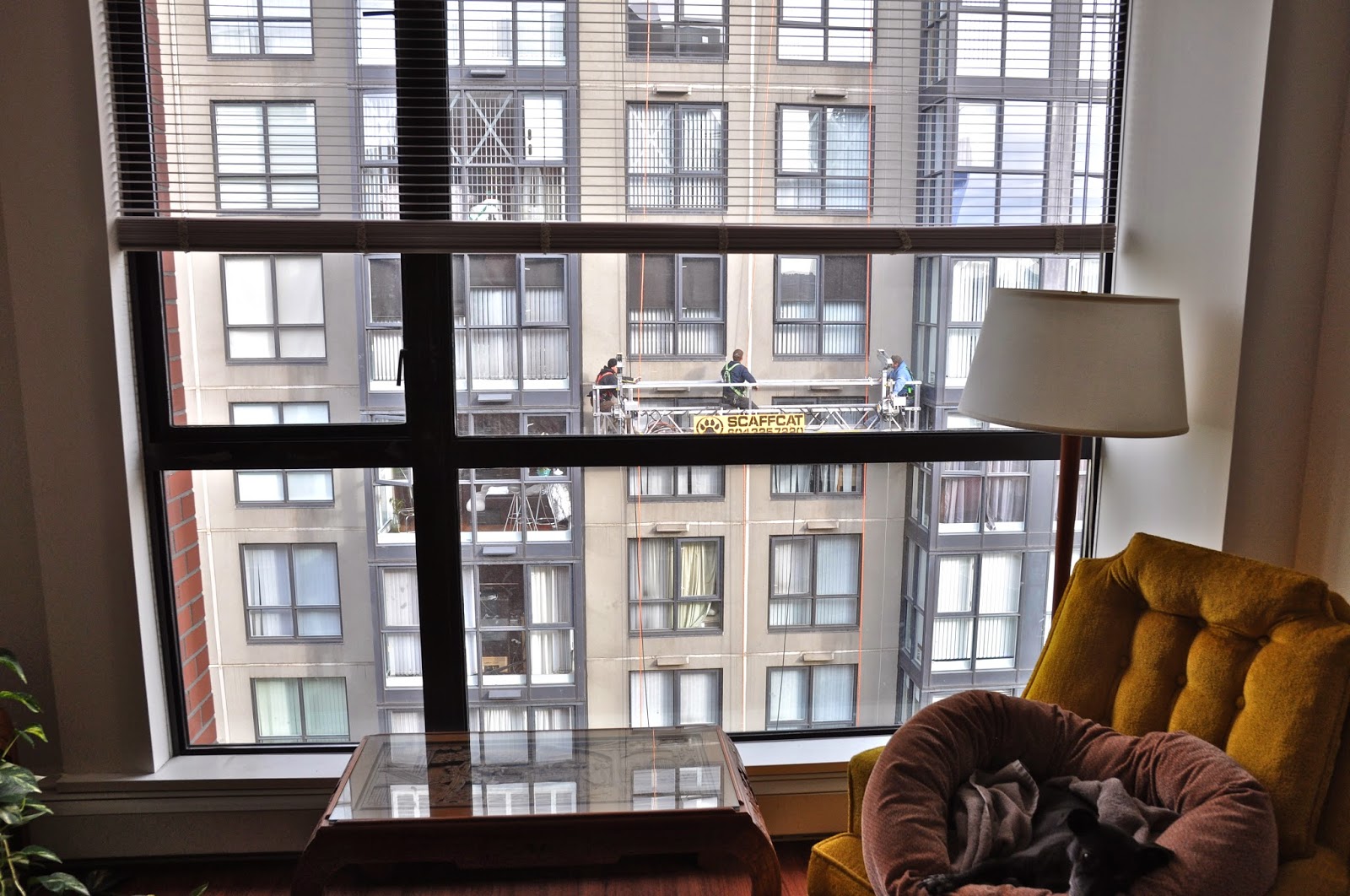 but the gentlemen on the Scaffcat looked up and I thought of their unique.. 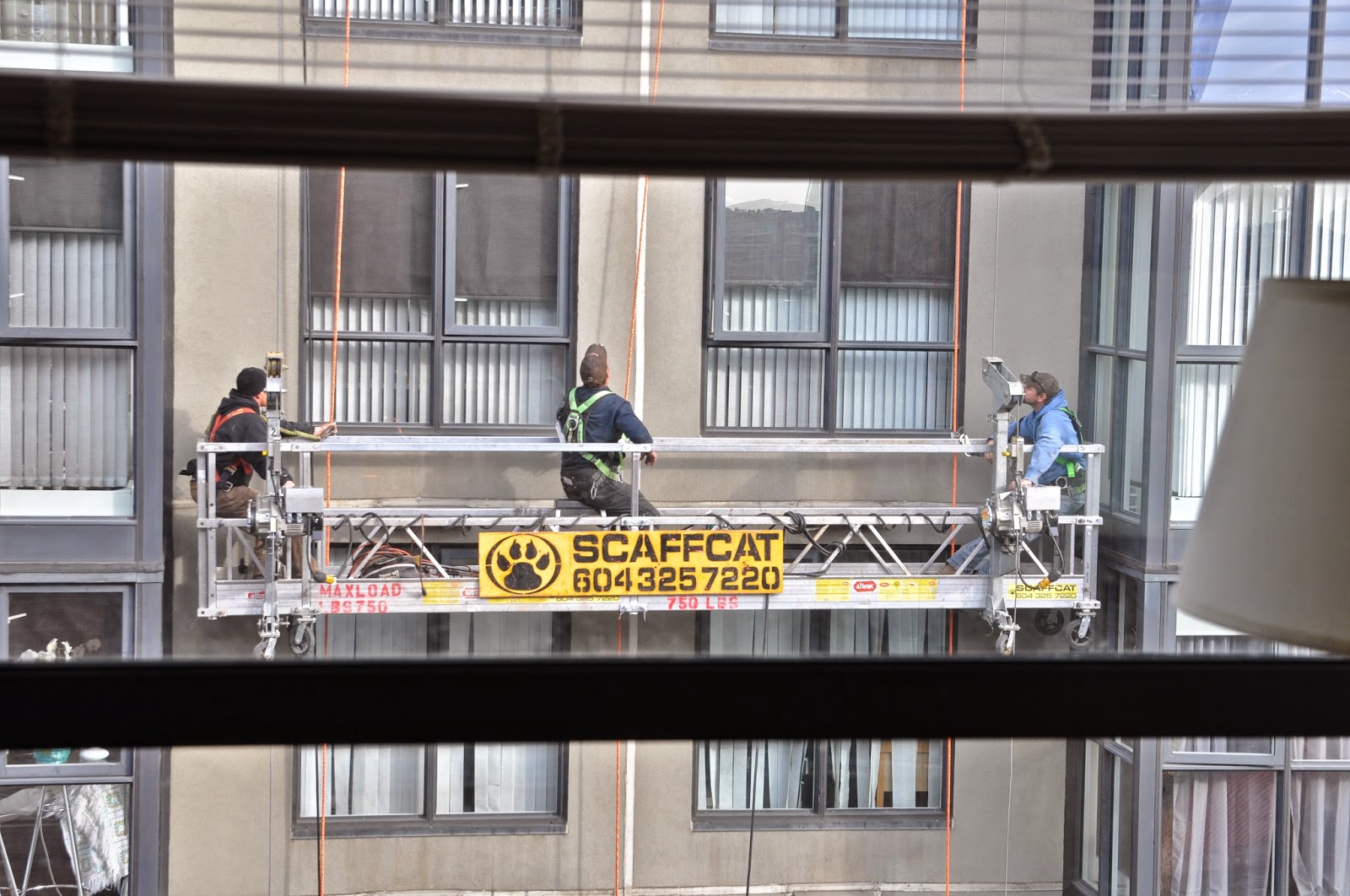 perspective as they continued up our neighbouring building yesterday to work on the roof. 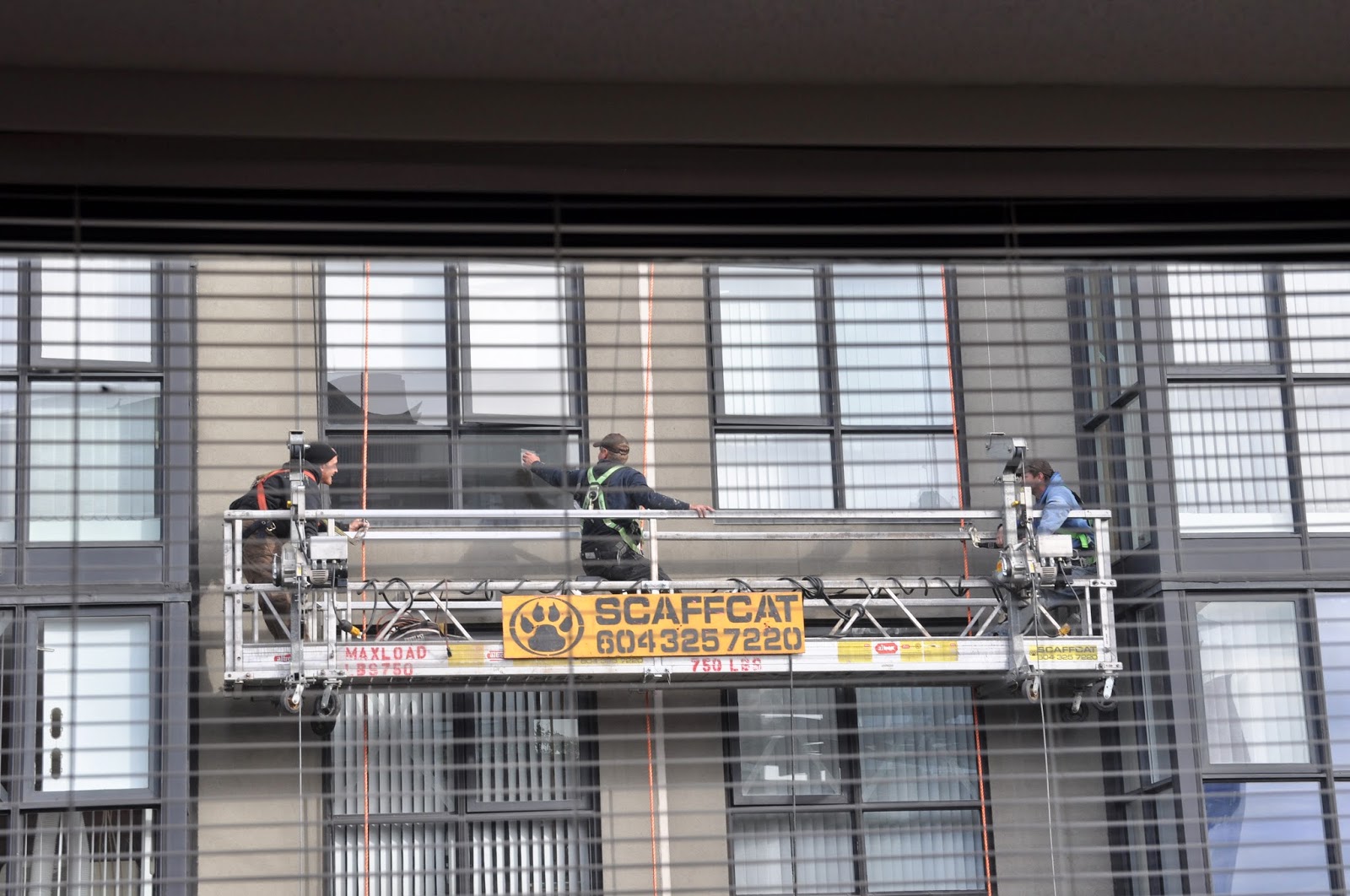 Later in the day, Bill and I biked around False Creek to Granville Island.  That's the Granville Bridge behind Bill.  Black Jack loves her elevated perspective from the basket.  She spends a lot of her life looking up, I guess, although she doesn't miss much on the ground either. 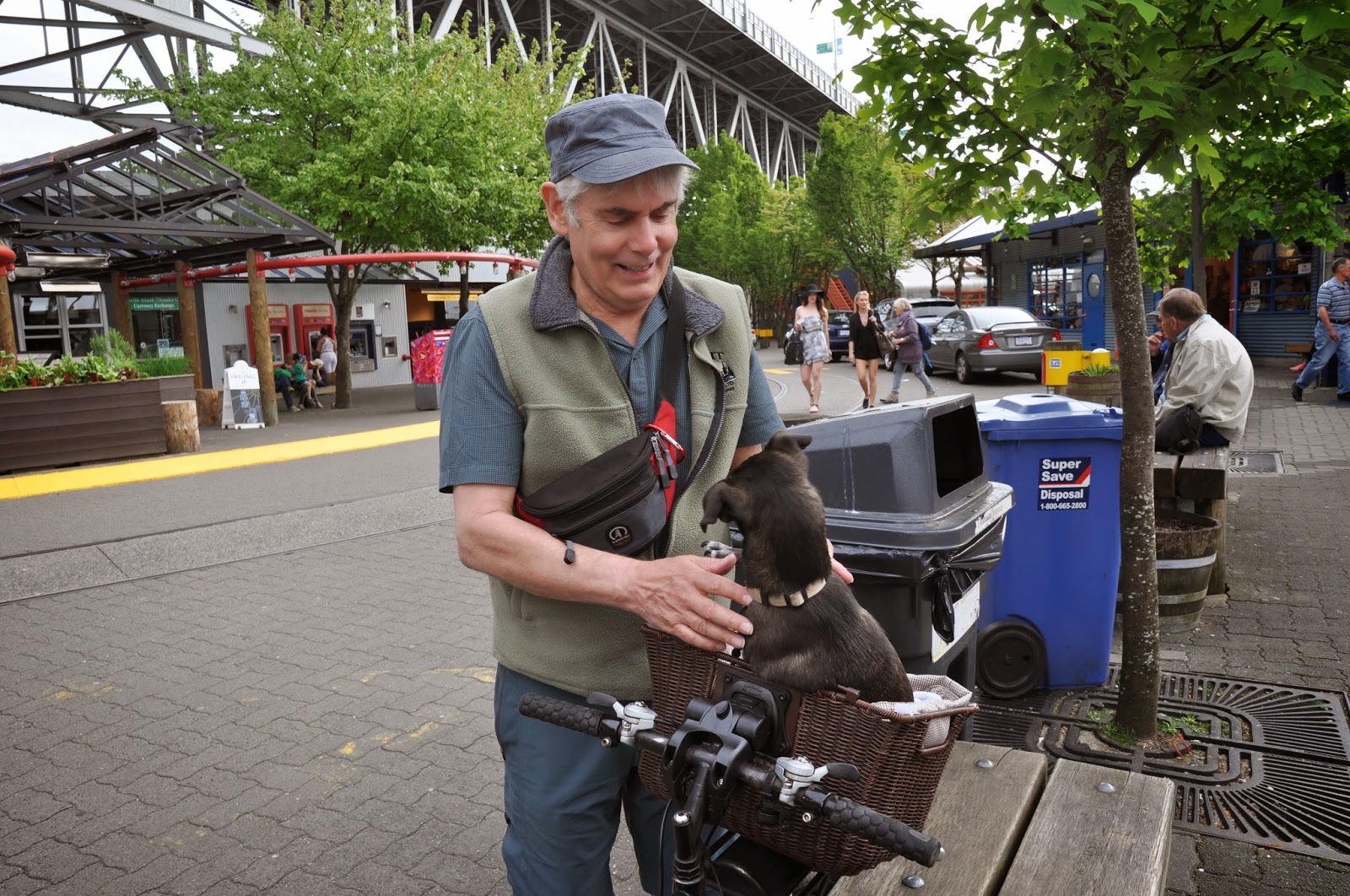 Someone told us there were about 30 goslings by the pond.. 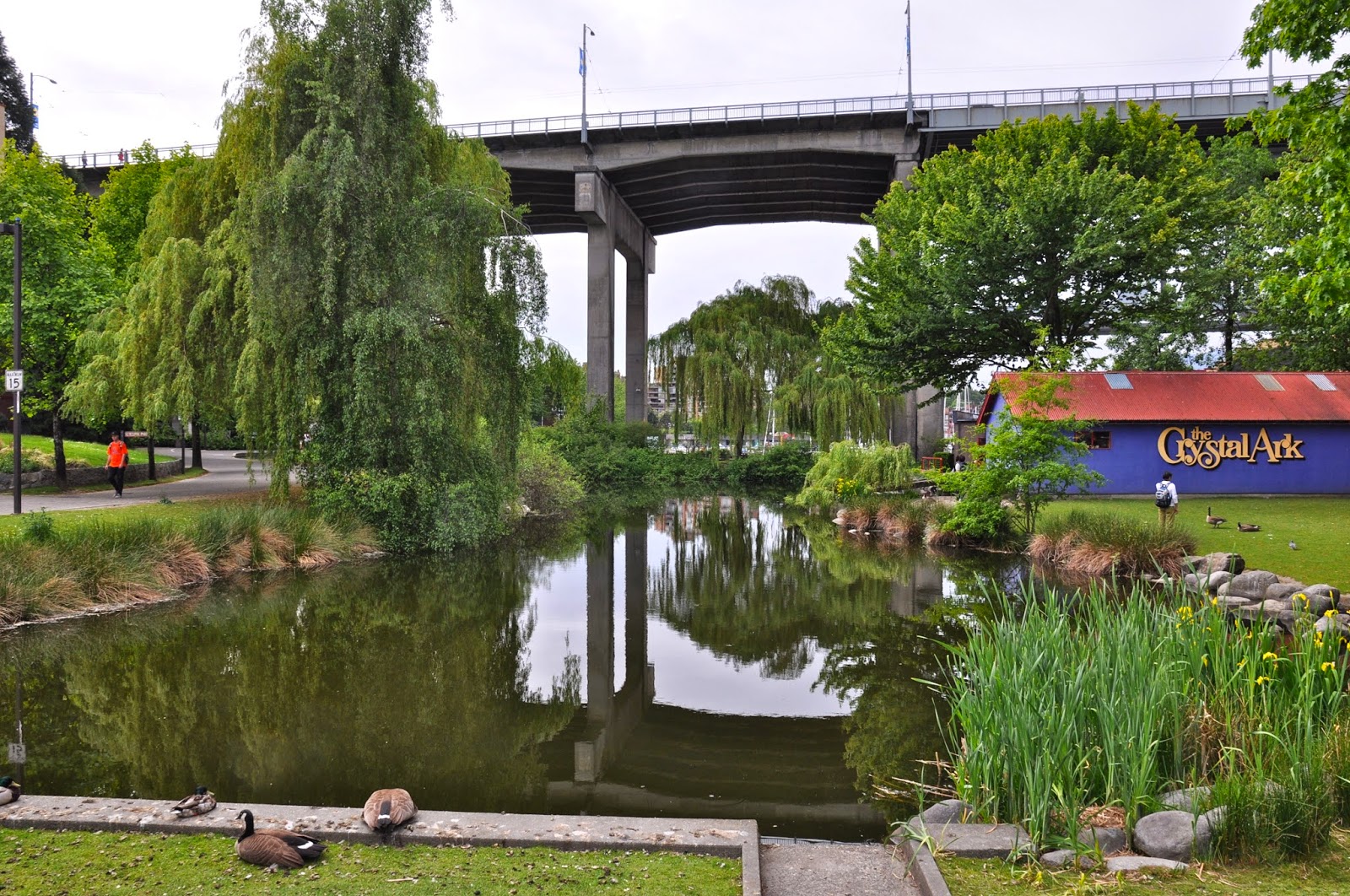 but we saw only one. 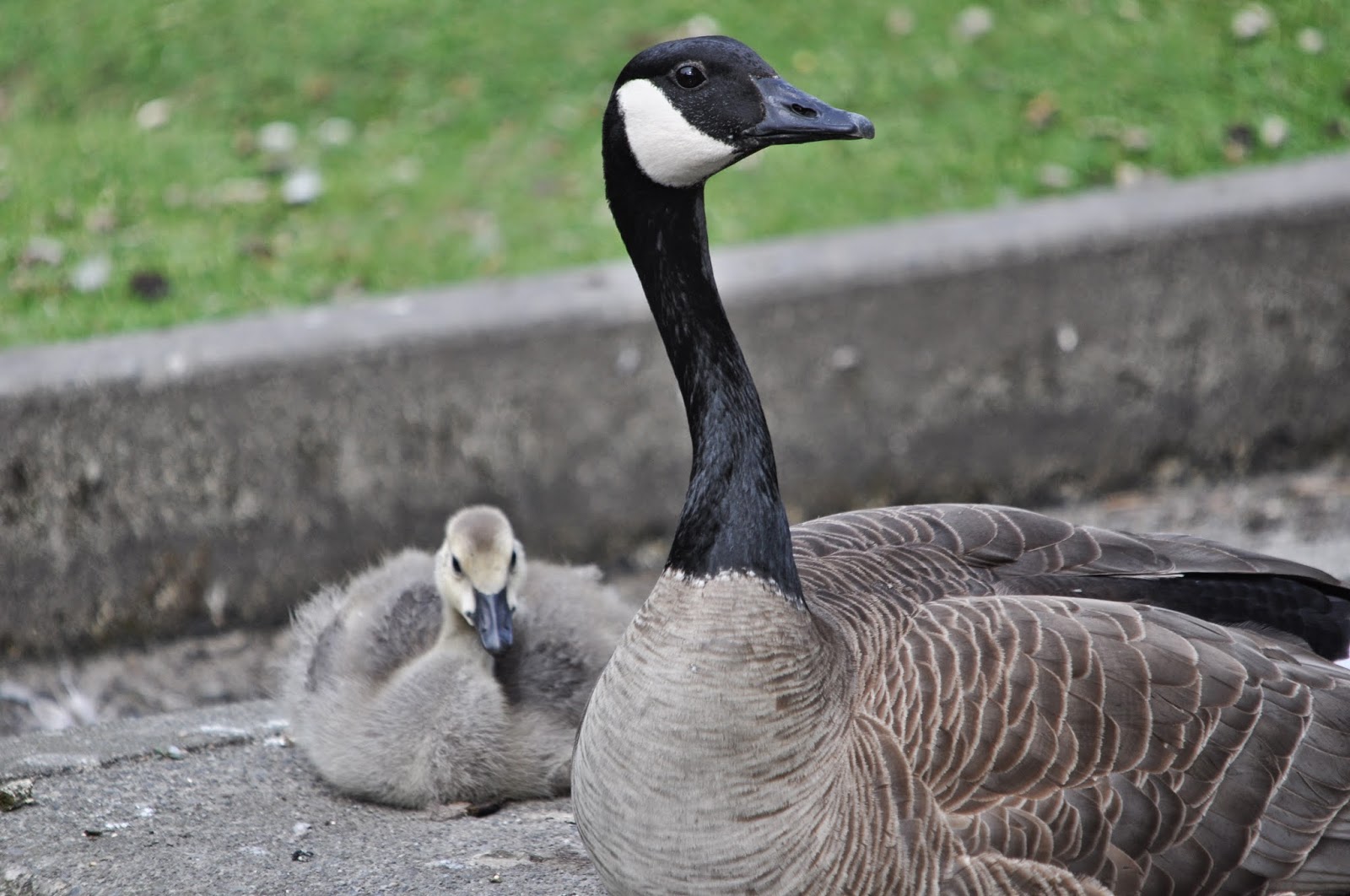 This stage is quite a comical one in a gosling's life.  It is miraculous to me how those funny little flaps on the side will soon turn to.. 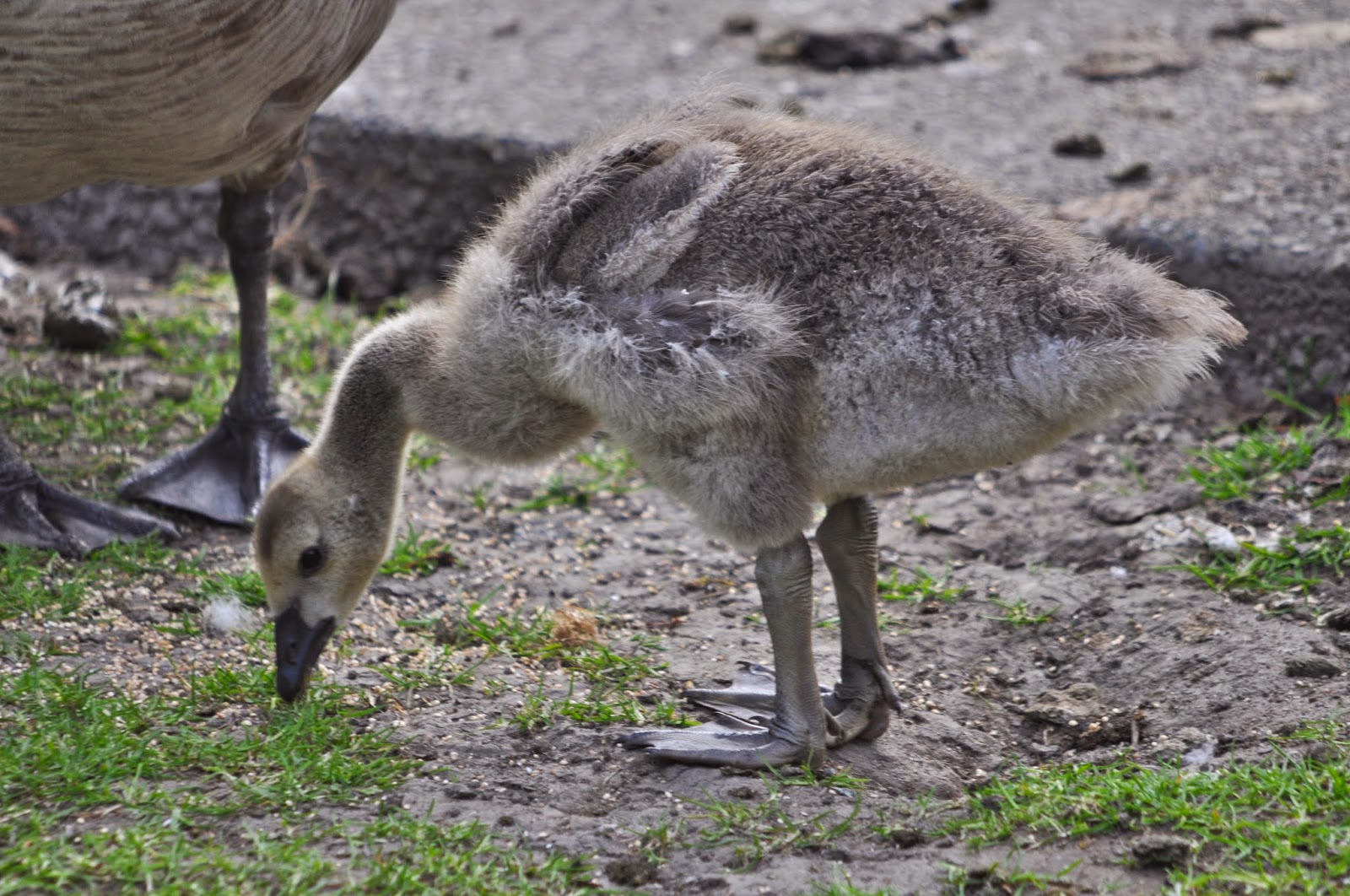 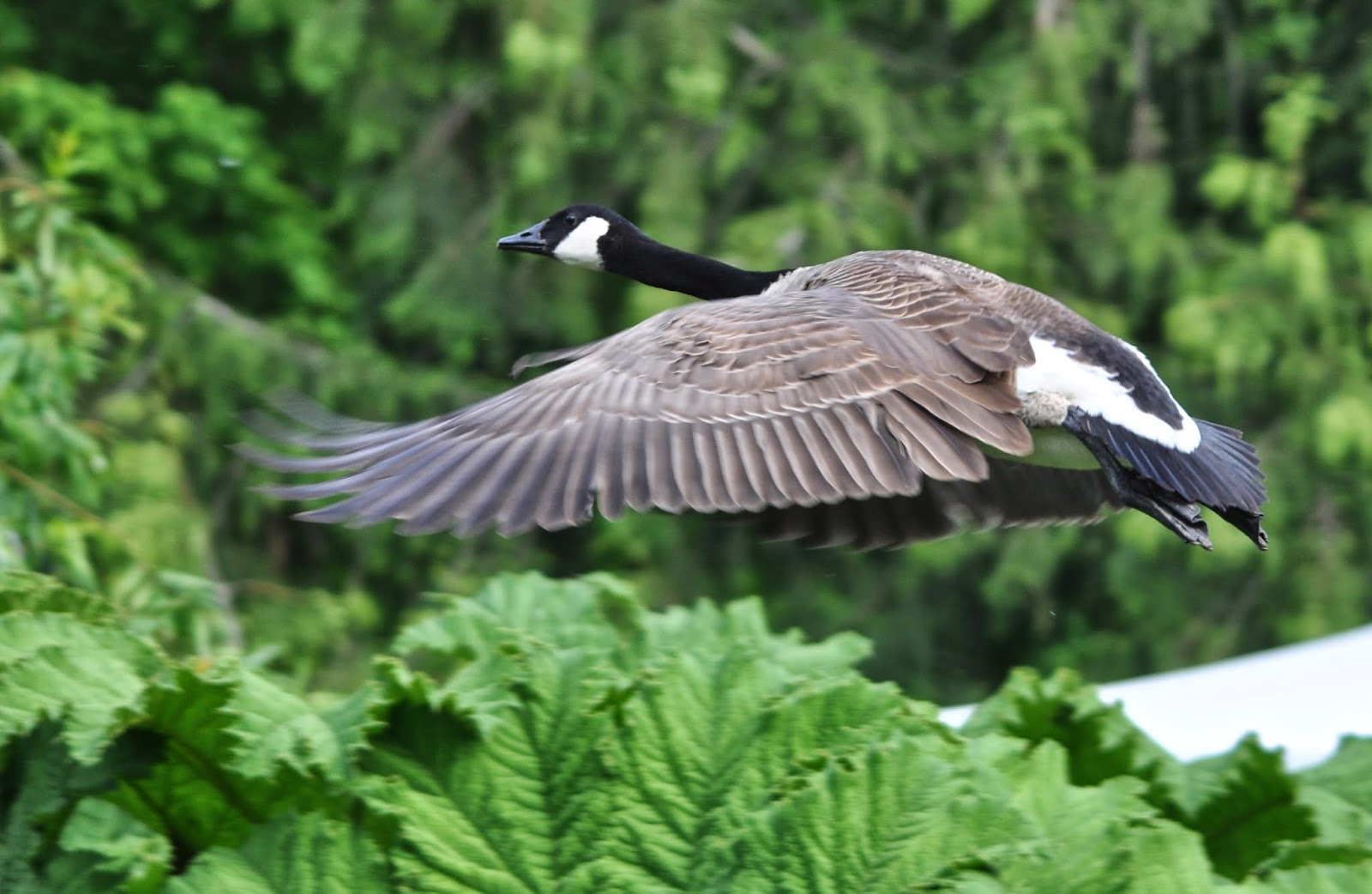 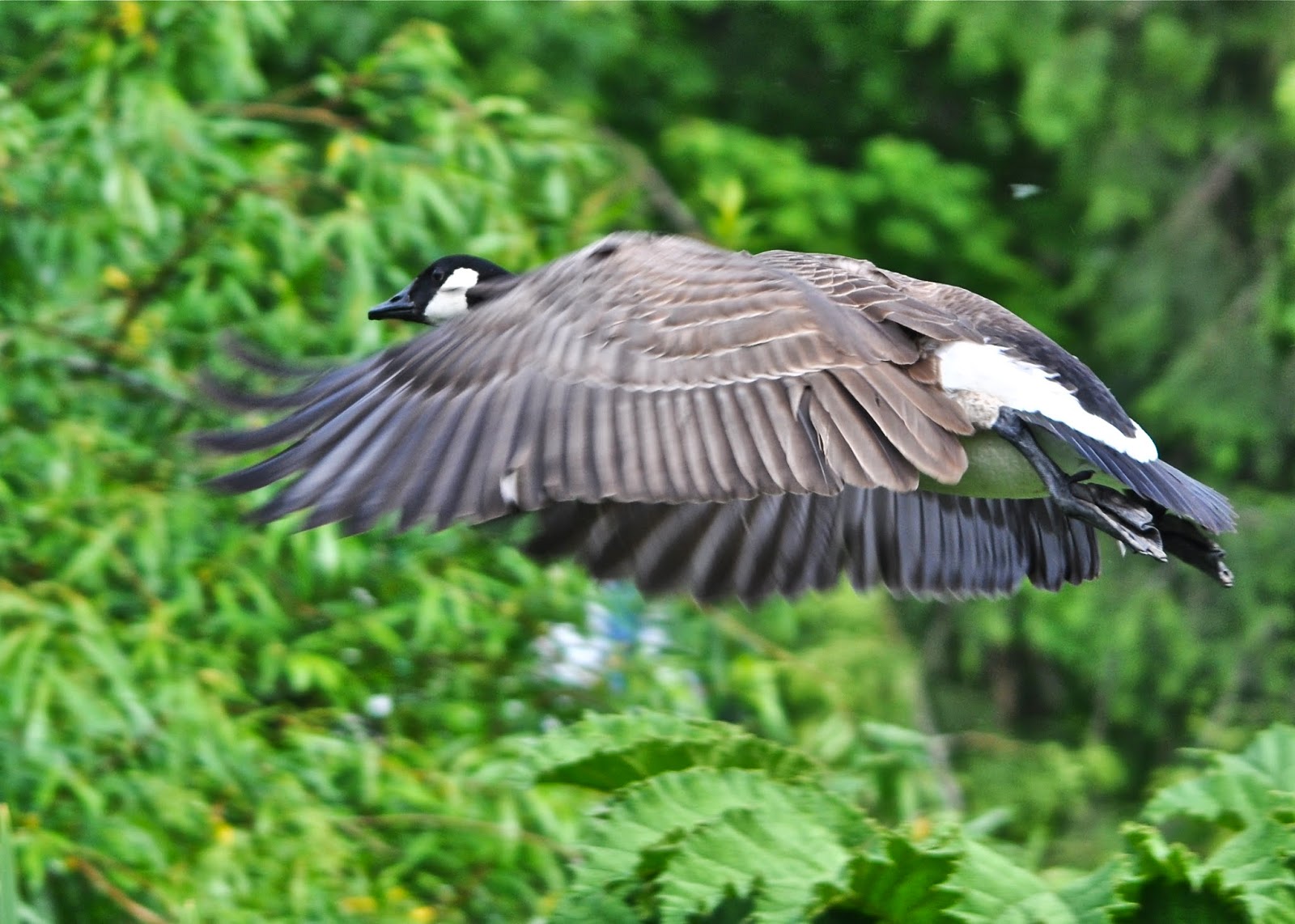 The perspective of this bee slowly making its way along a wooden bench.. 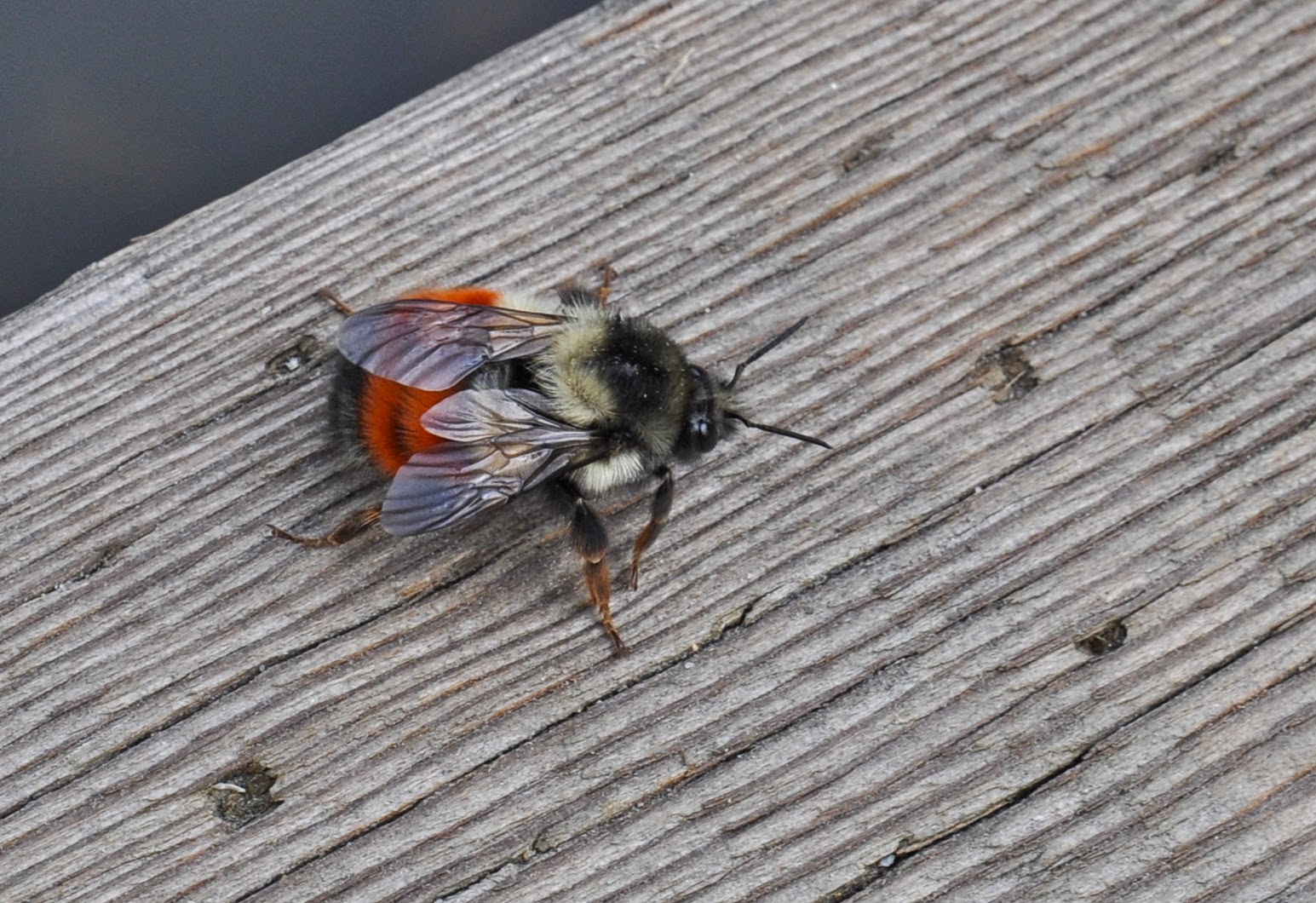 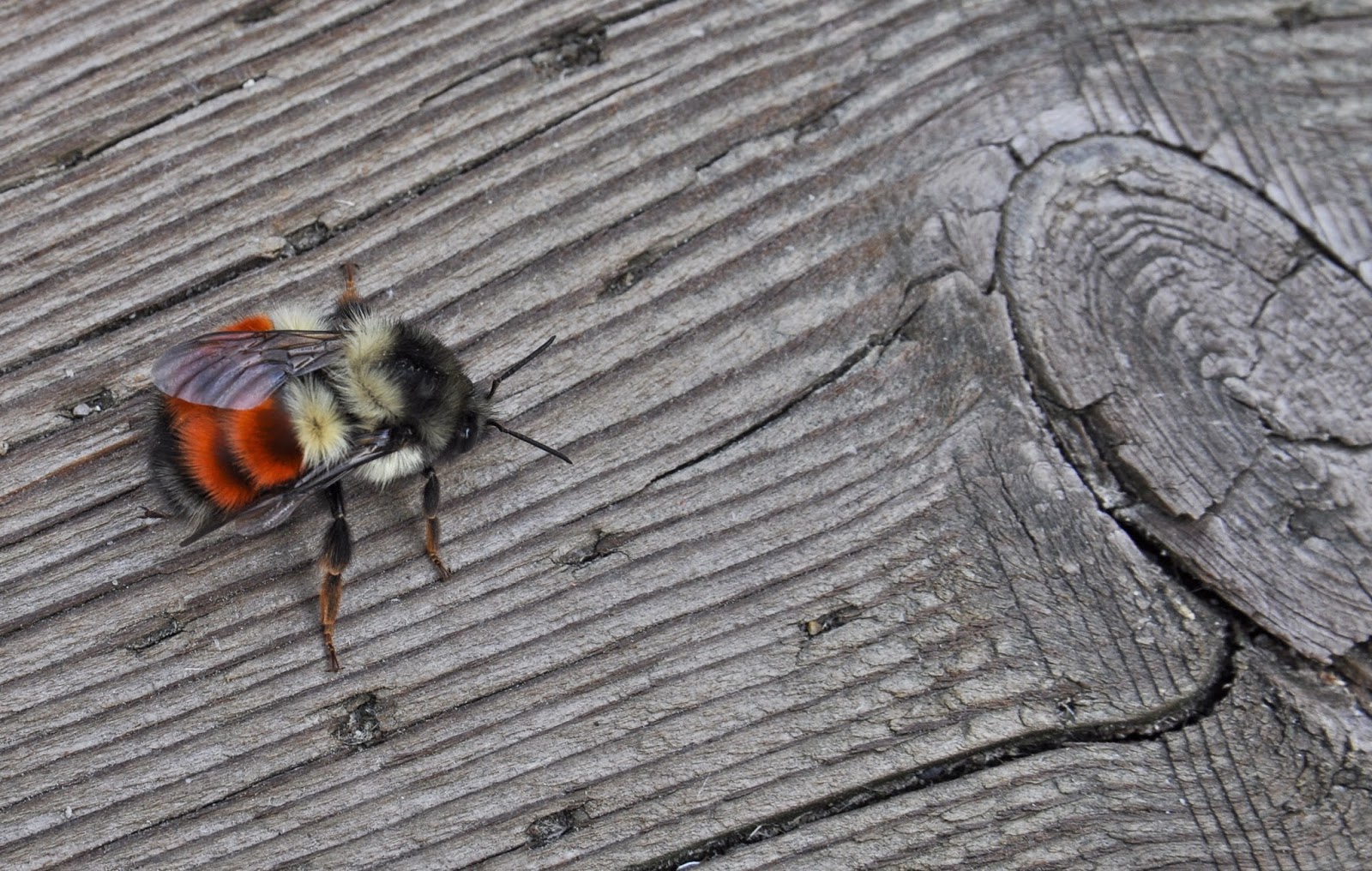 I chose a lone iris to star in a show that was.. 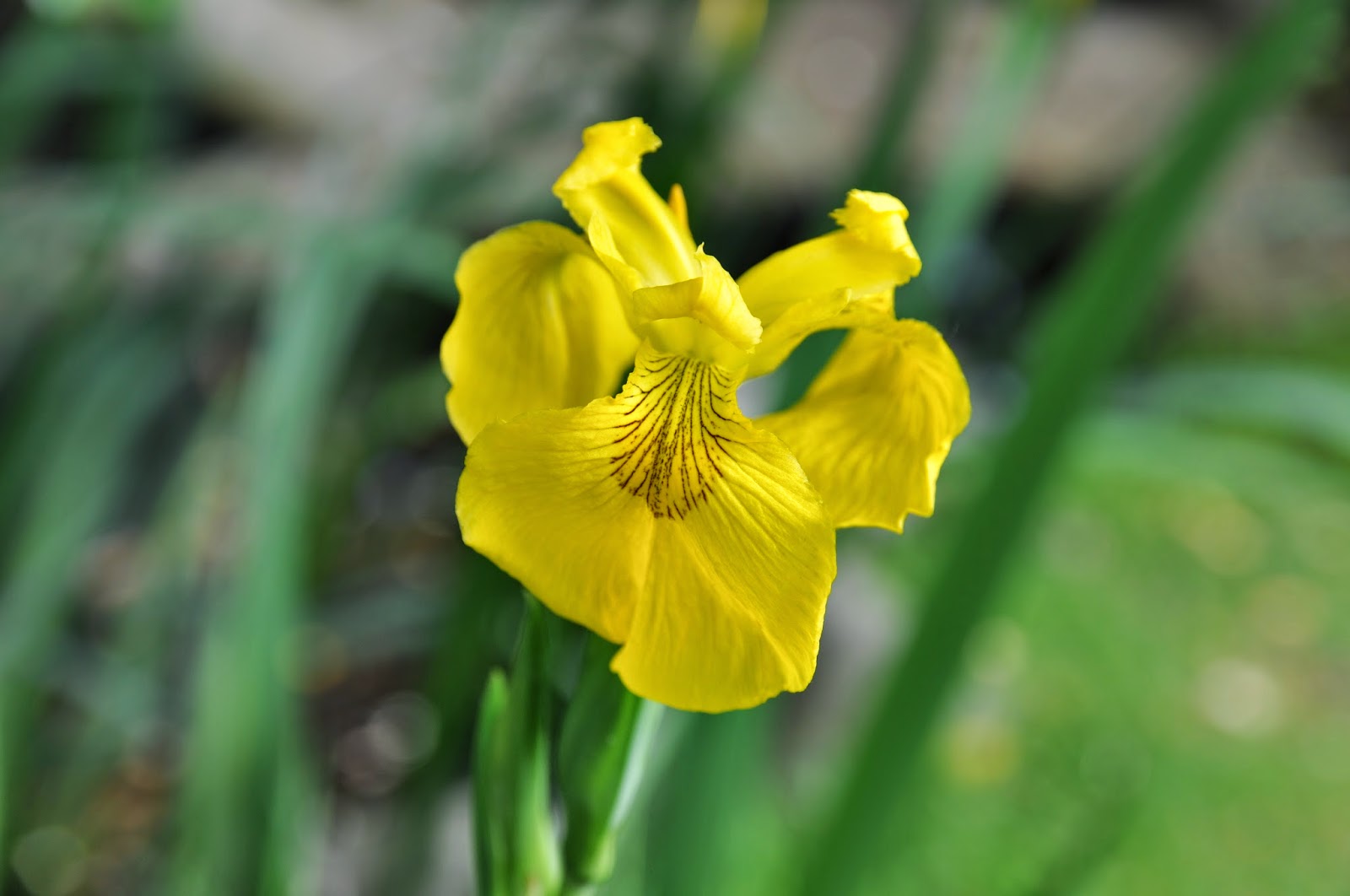 going on all about us. 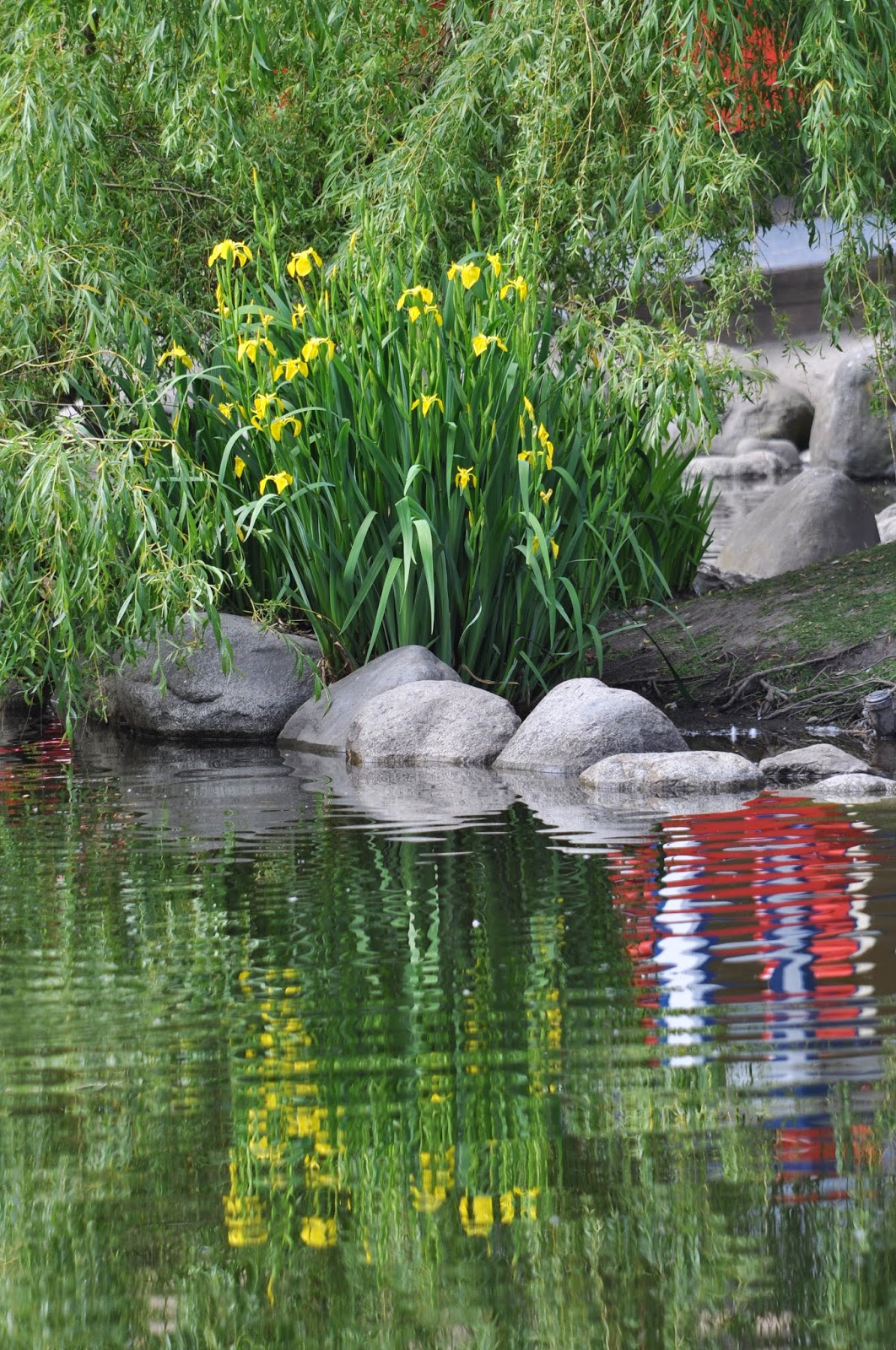 I am grateful to Leslie, who identified lupin in my previous post, and Jim, who identified wisteria and a type of iris called "flag" in the post before that.  I wonder if someone will tell me what this could be. 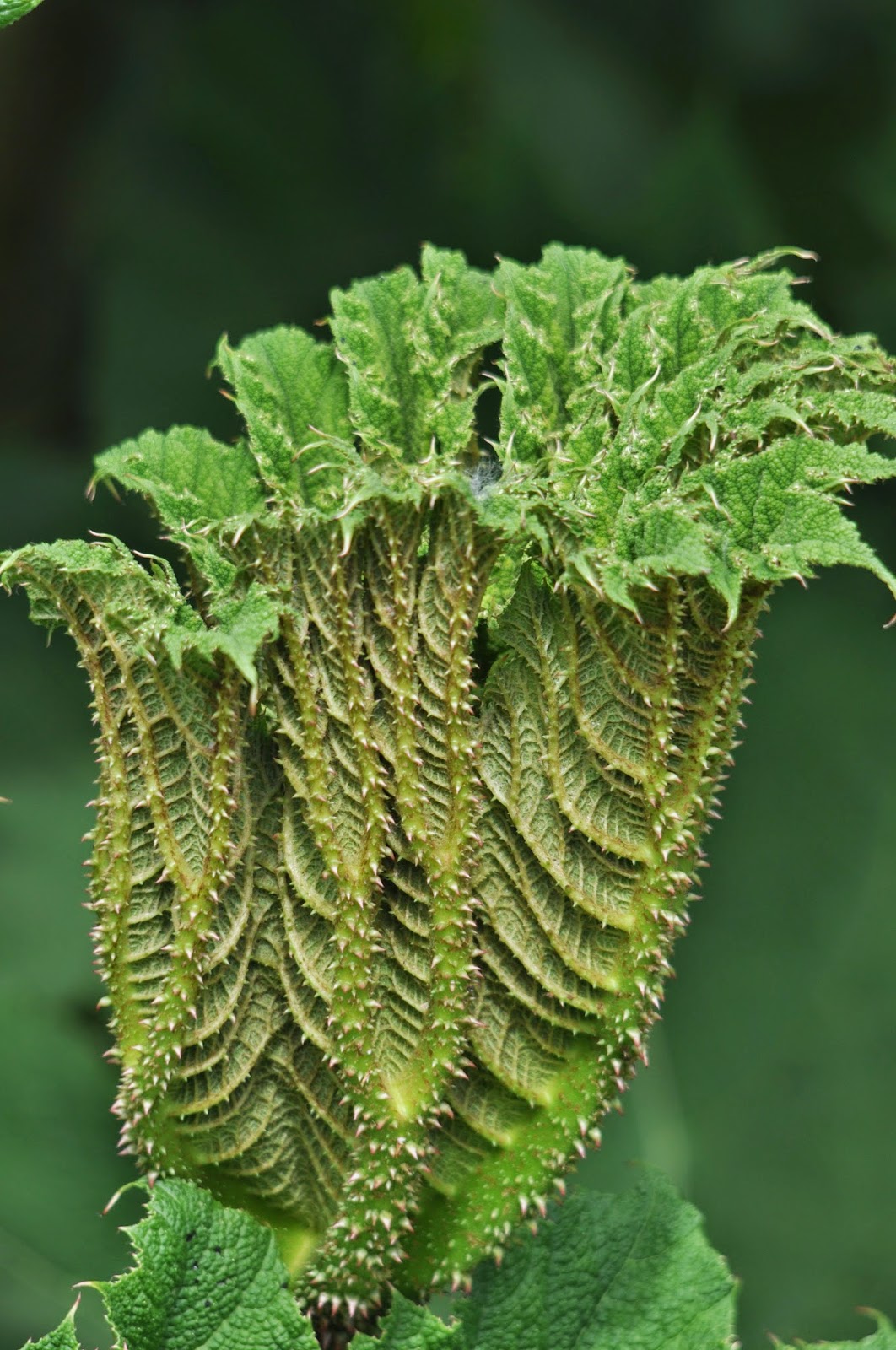 I have been wanting to catch a Red-winged Blackbird in flight, to show off the dramatic colours of their wing patch.  That goal is definitely.. 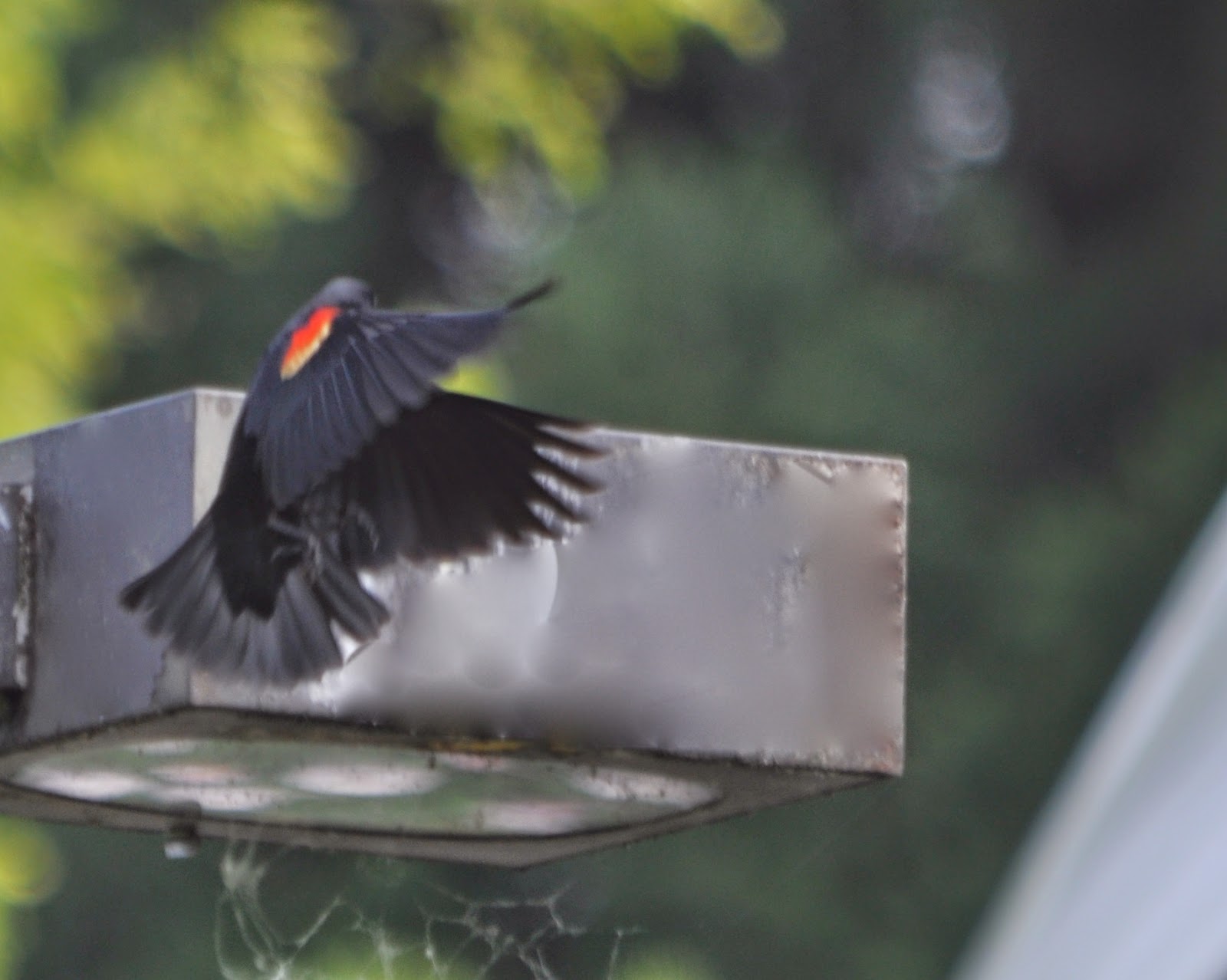 a work in progress.  Not there yet, by any means, but I will be happy to keep practicing. 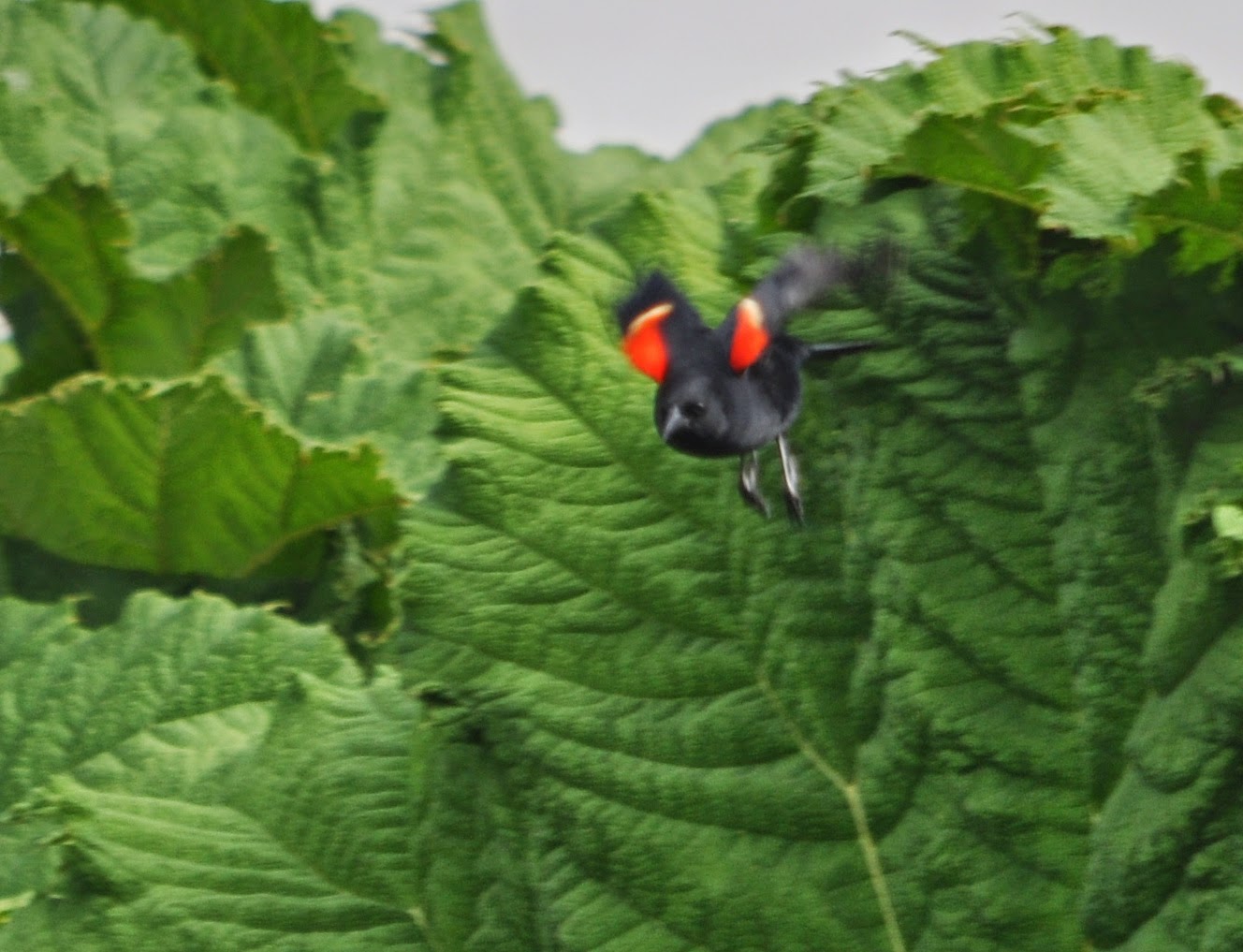 Bill looked down from his bike as we rode home and saw these goslings. 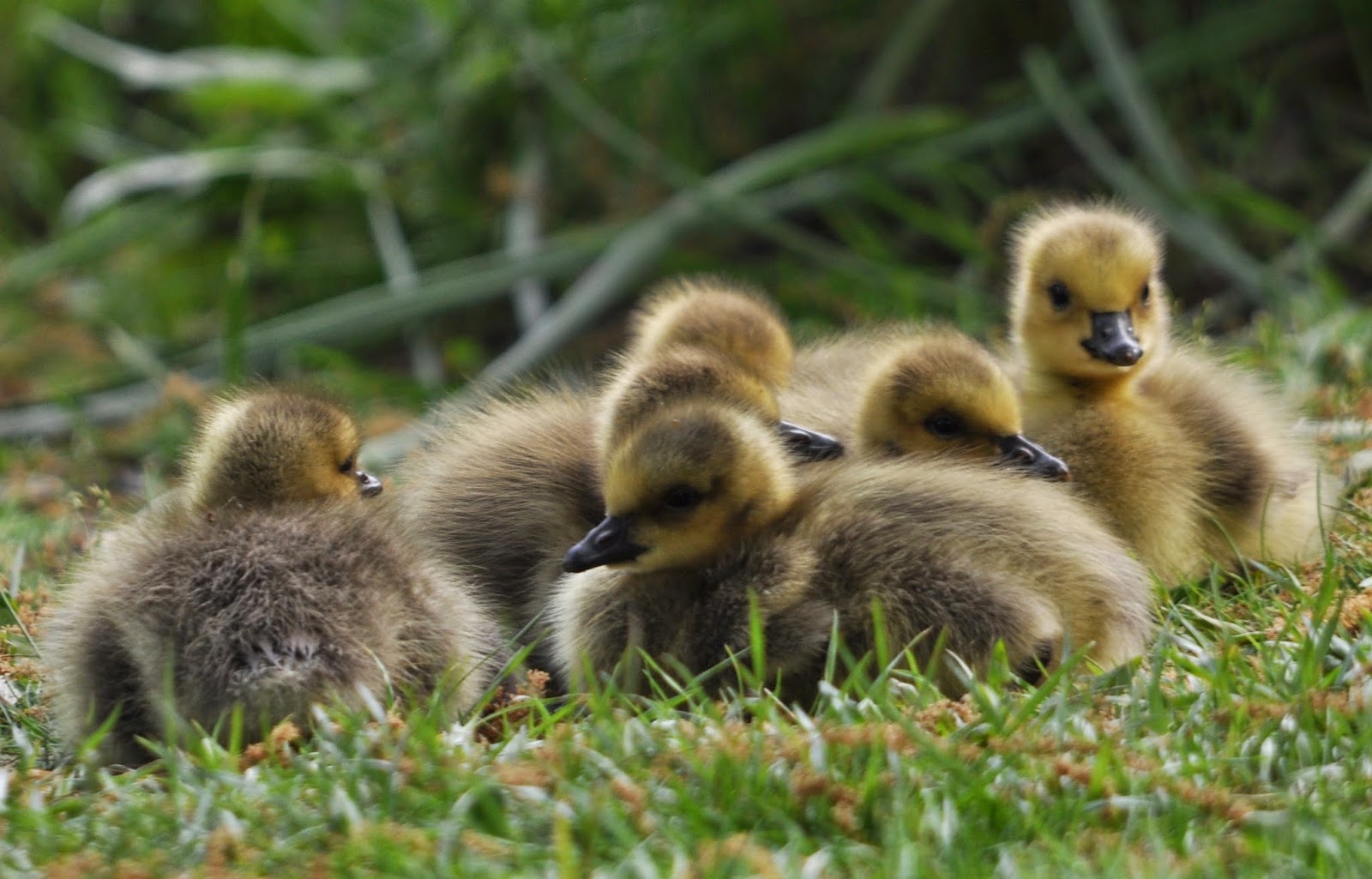 Dad was doing sentry duty.  A lot of danger could be lurking behind those reeds. 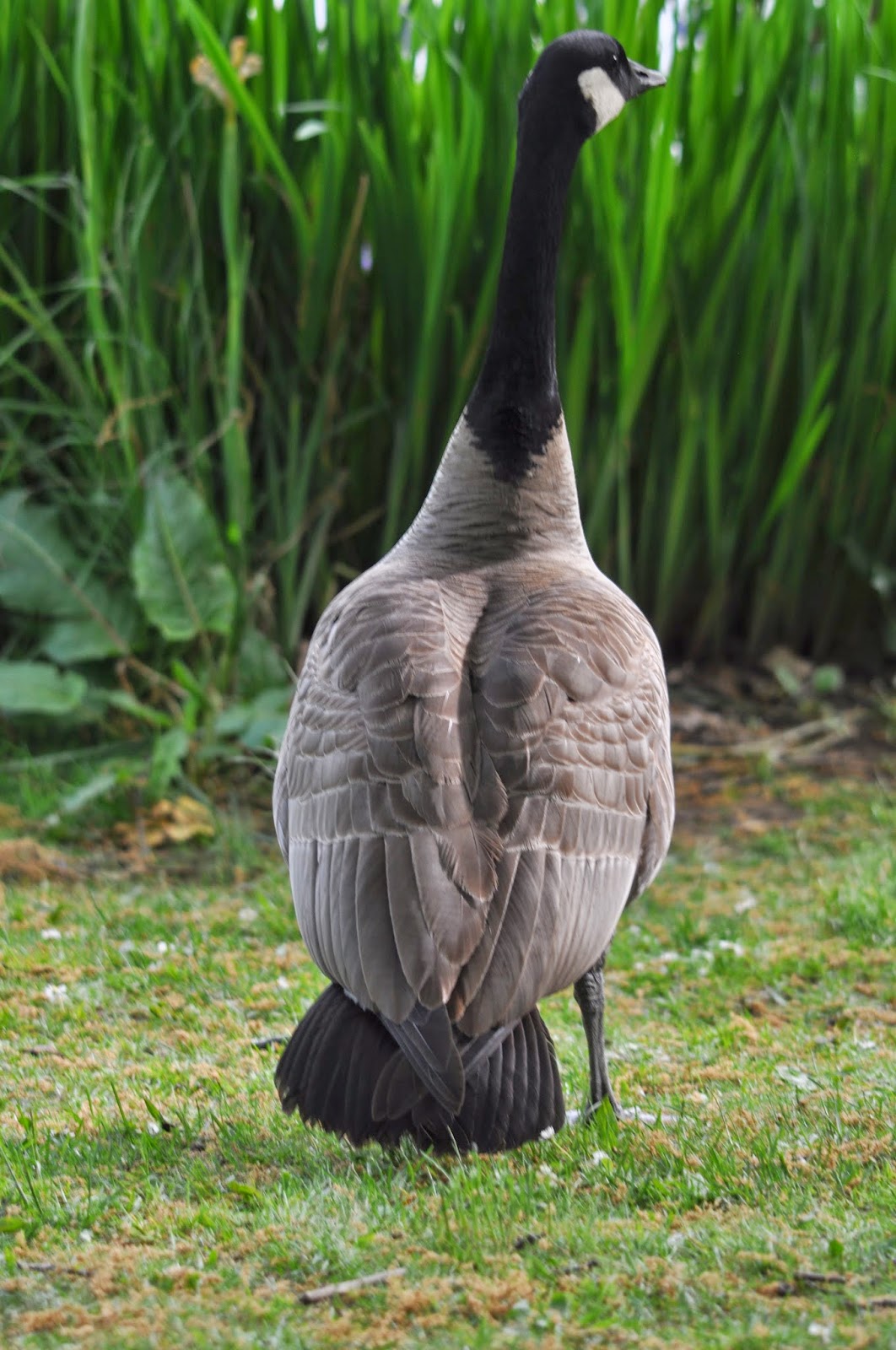 The goslings all faced the same direction for one moment in time. 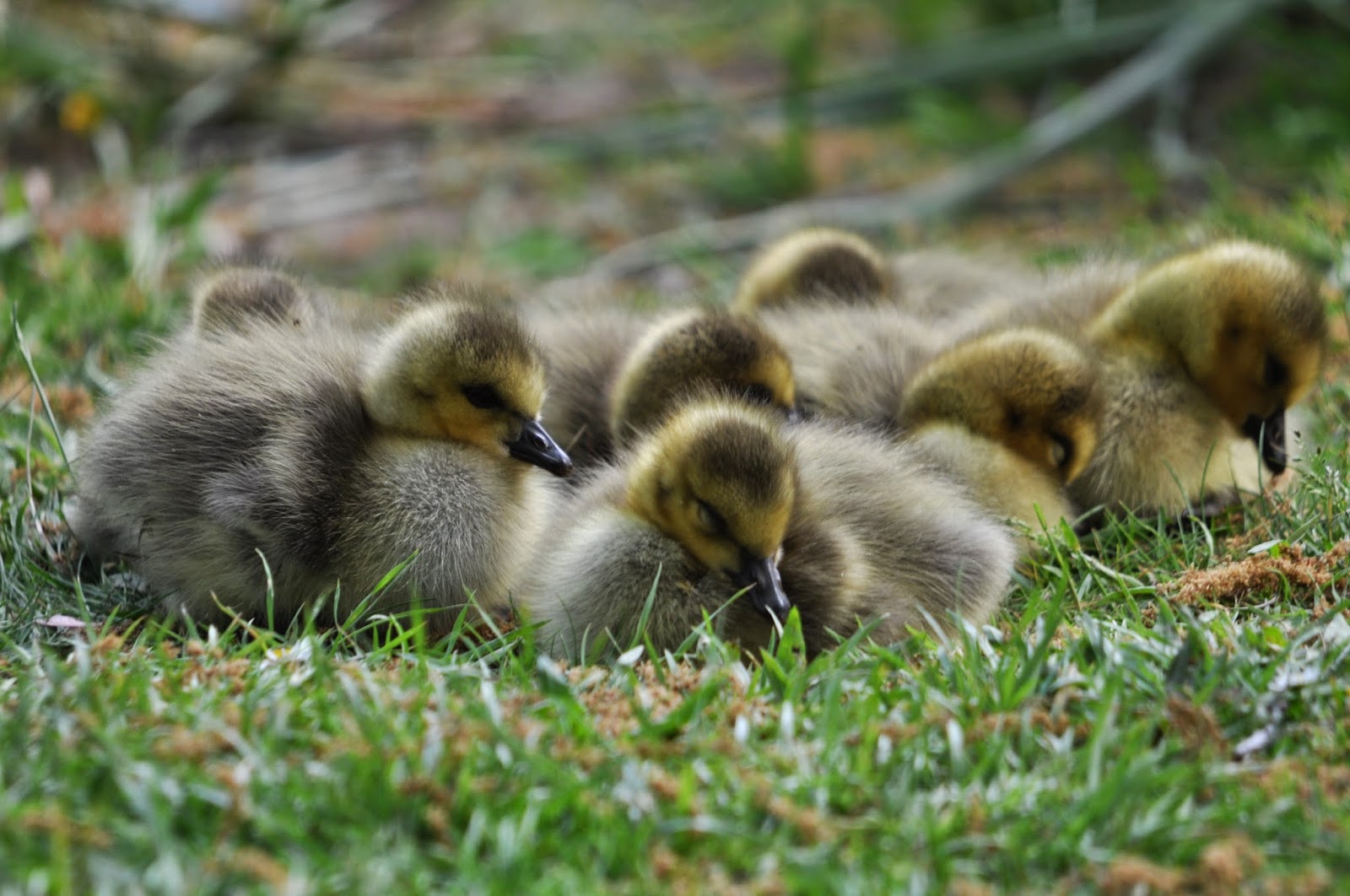 I don't think they were very old.  They toppled over a few times going from lying down to standing position, but.. 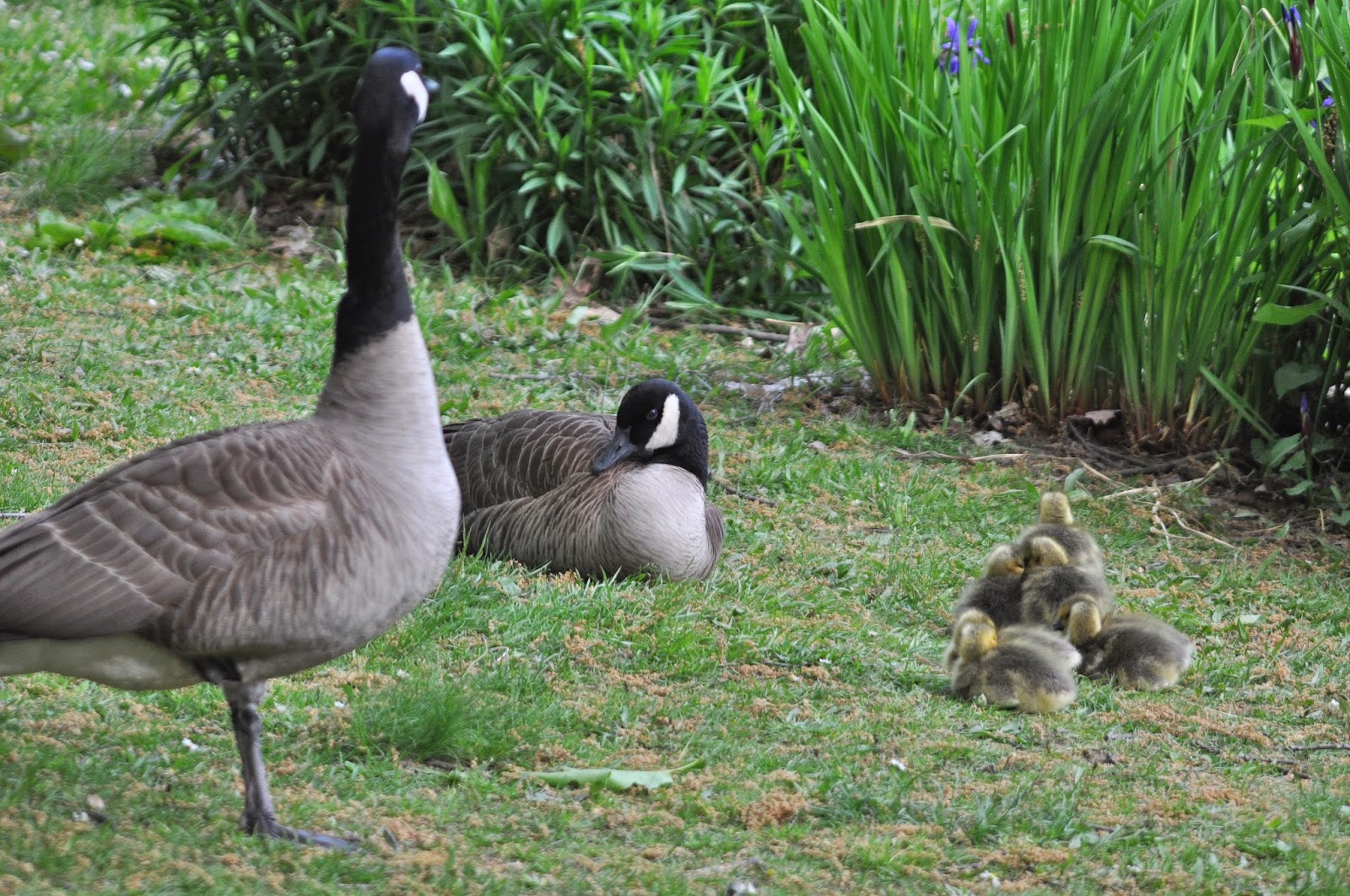 all were able to make their way over to Mama, 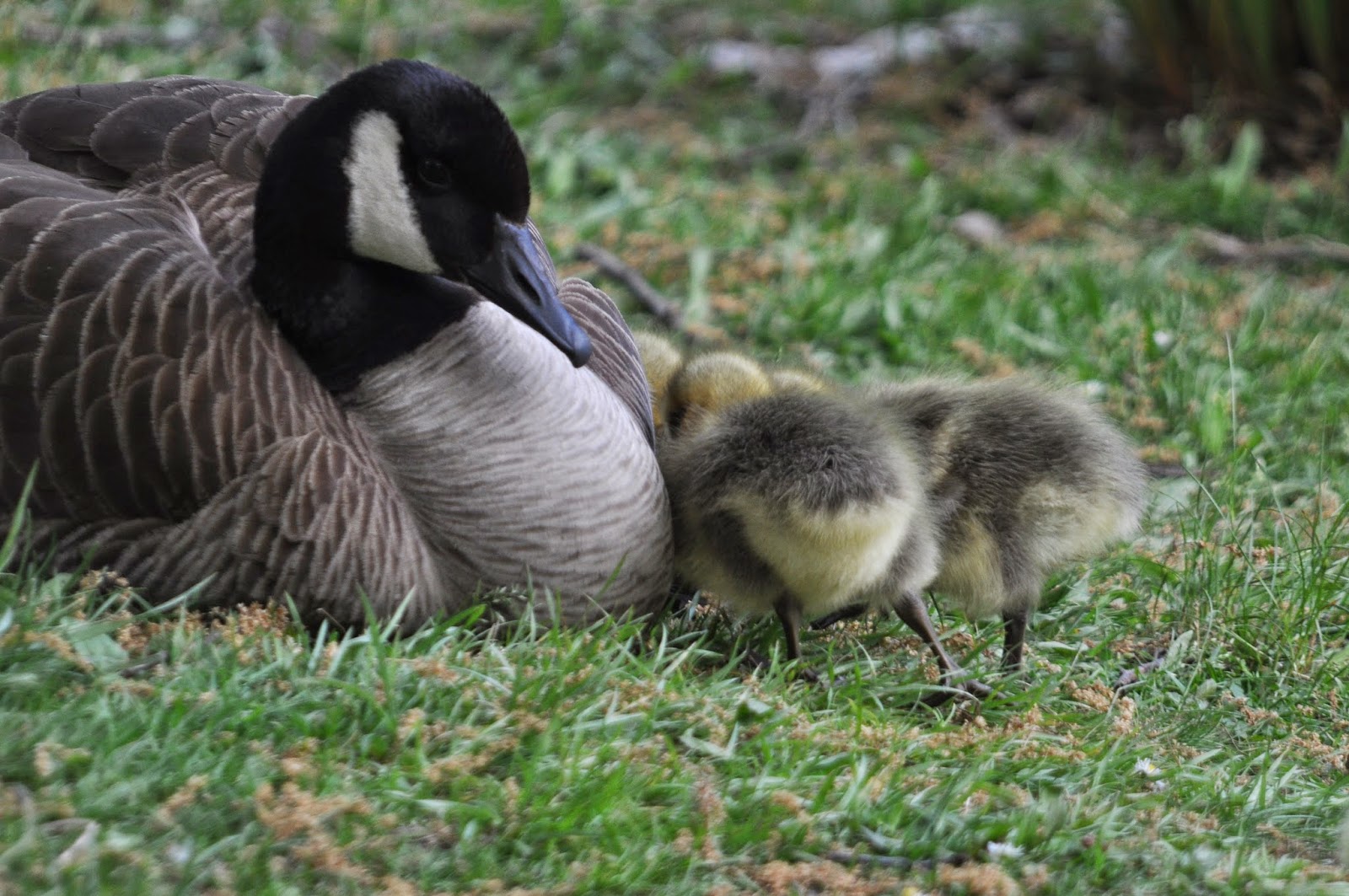 hoping to hide under her wing. 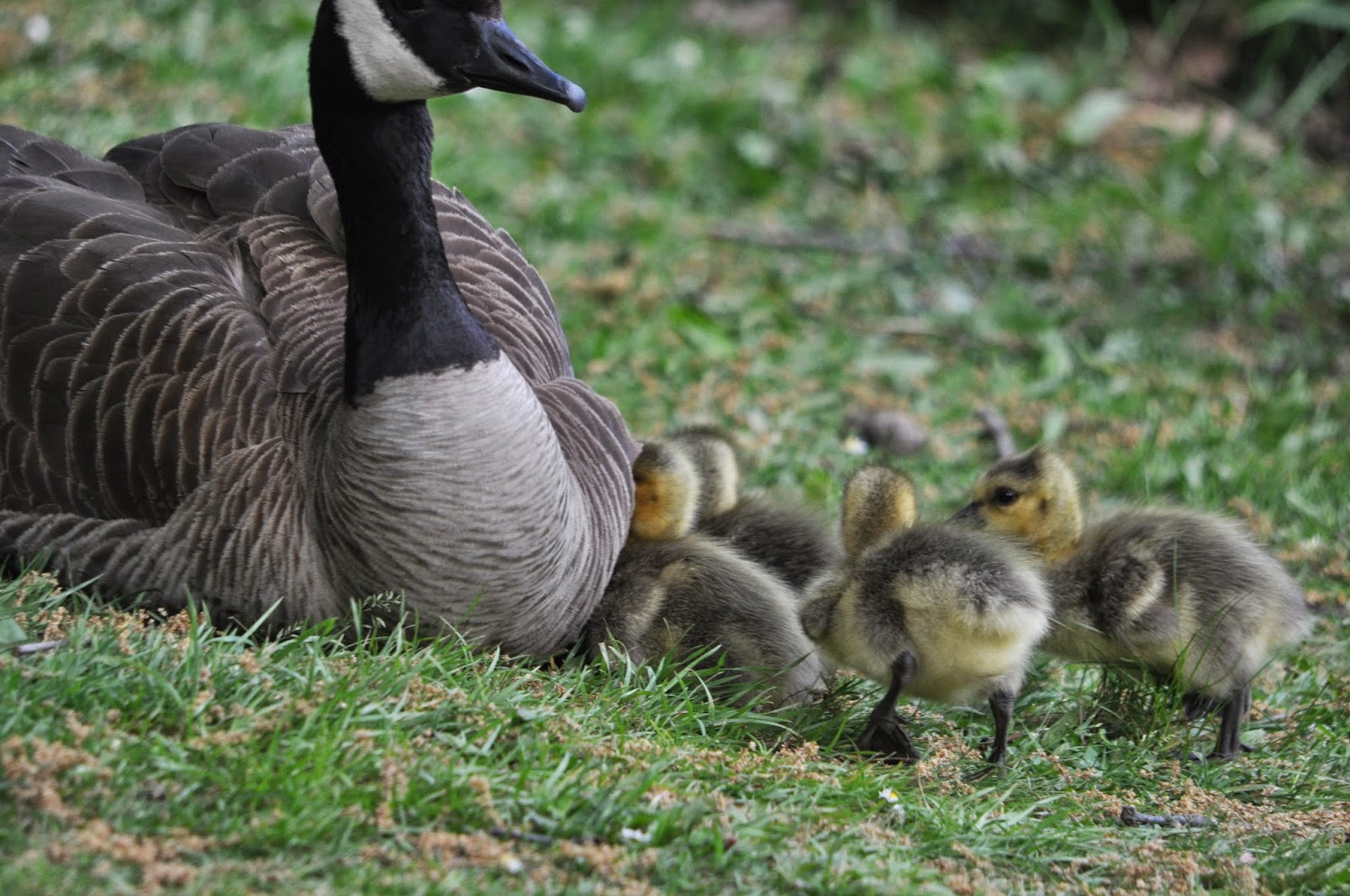 Though they couldn't fit exactly as they would have liked, they were at least nicely settled.. 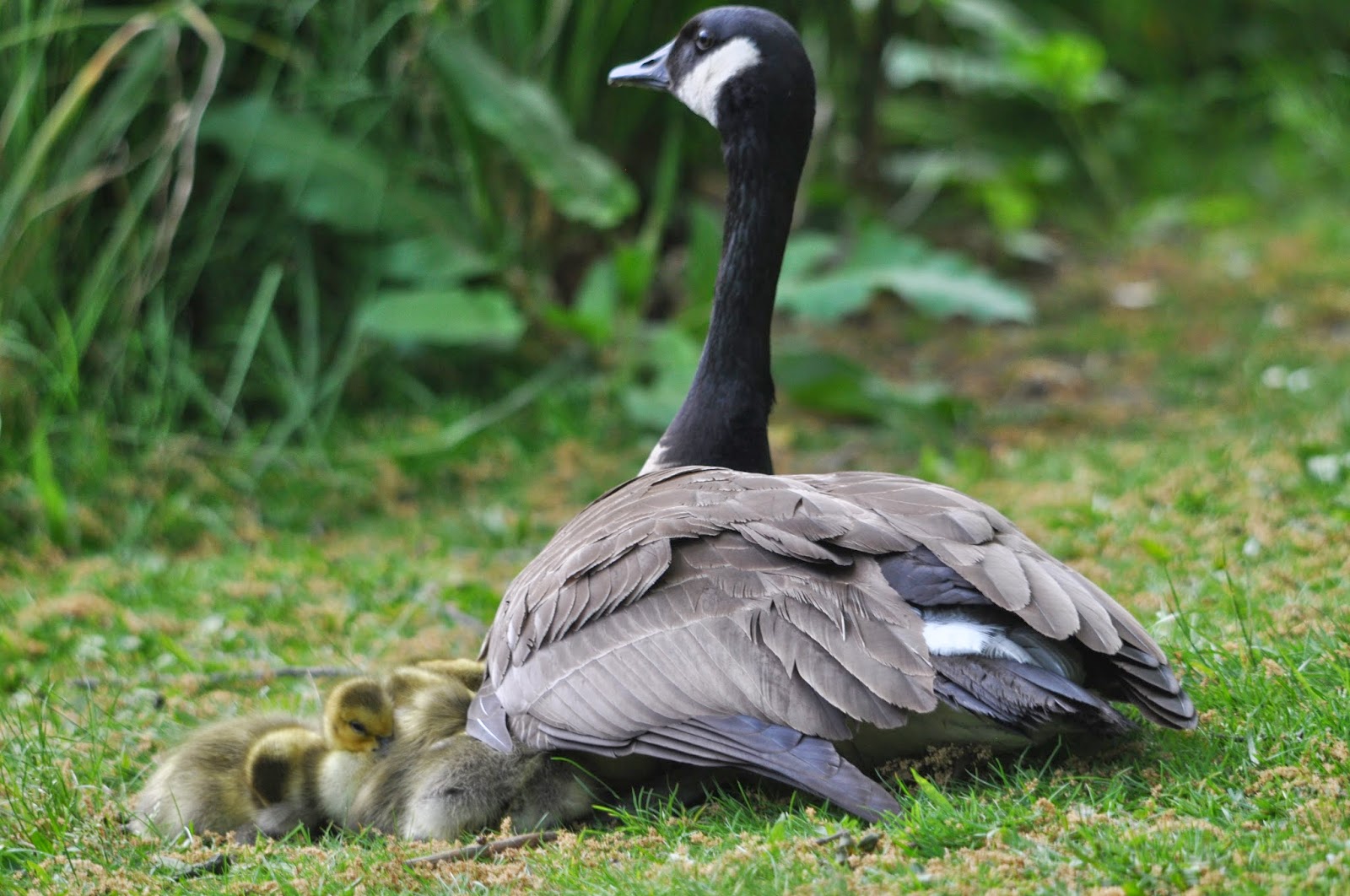 when Mama stood up and walked away.  "Now, what did she go and do that for?" 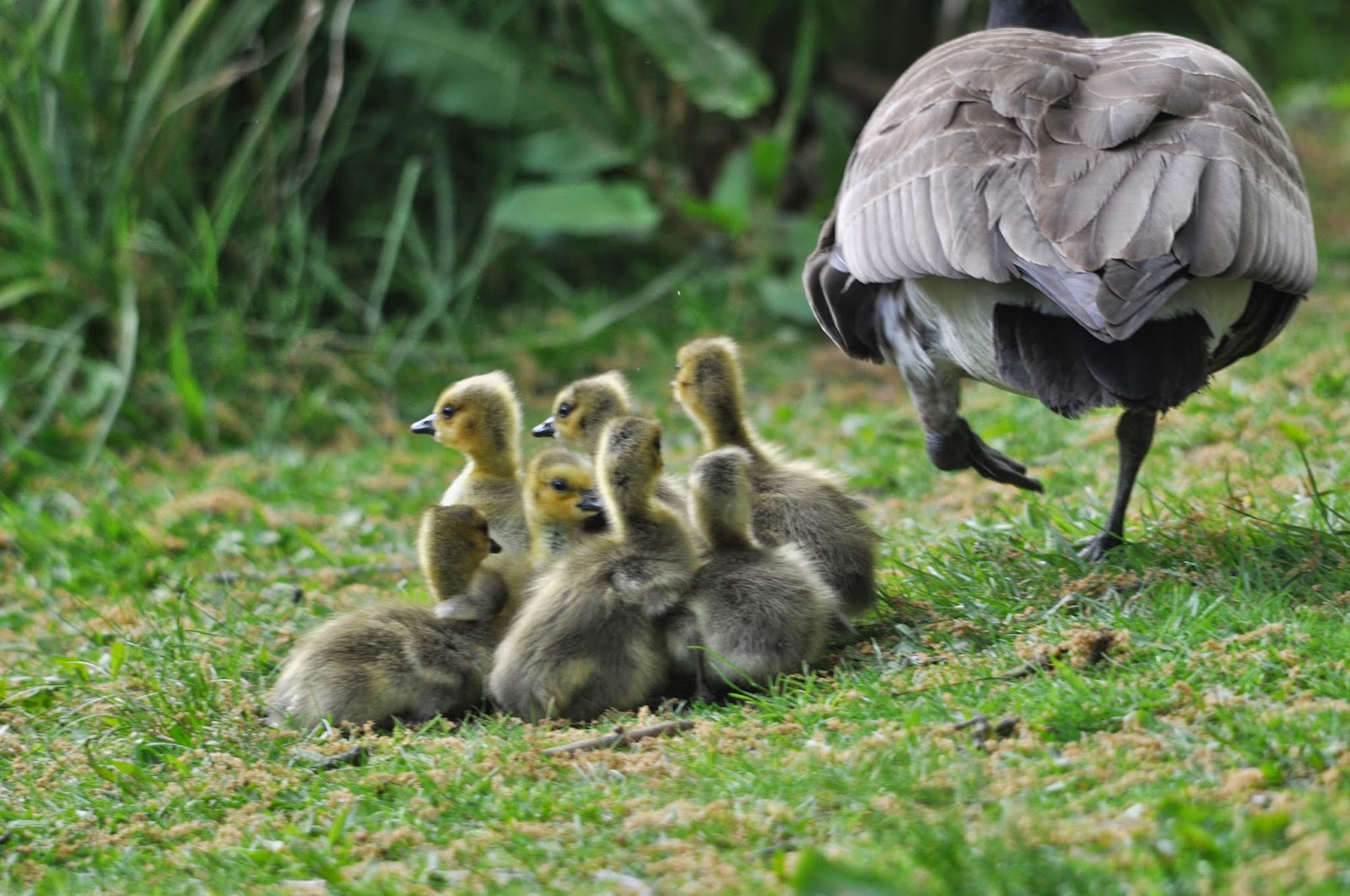 Before we got back on our bikes, I took a few.. 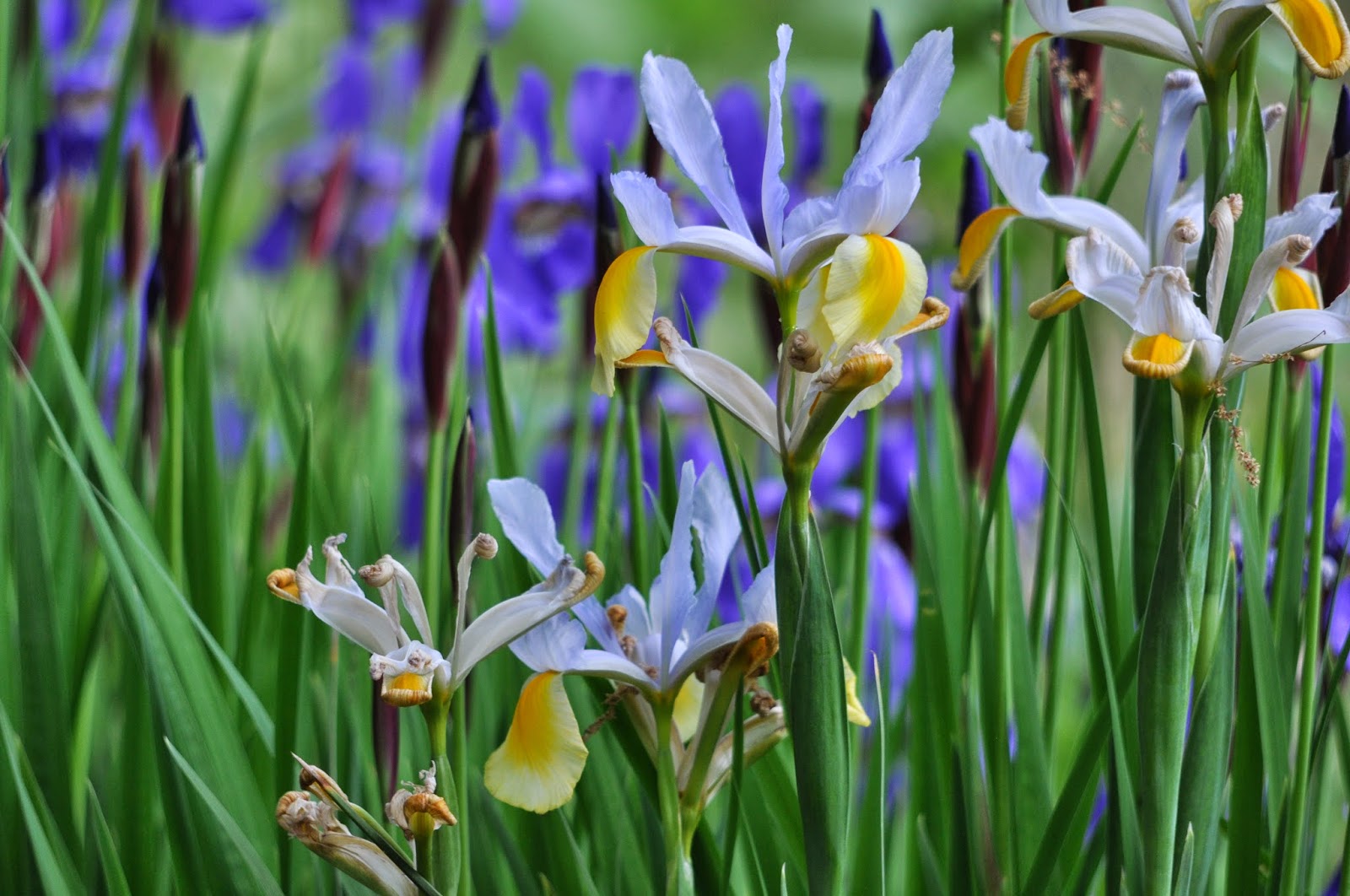 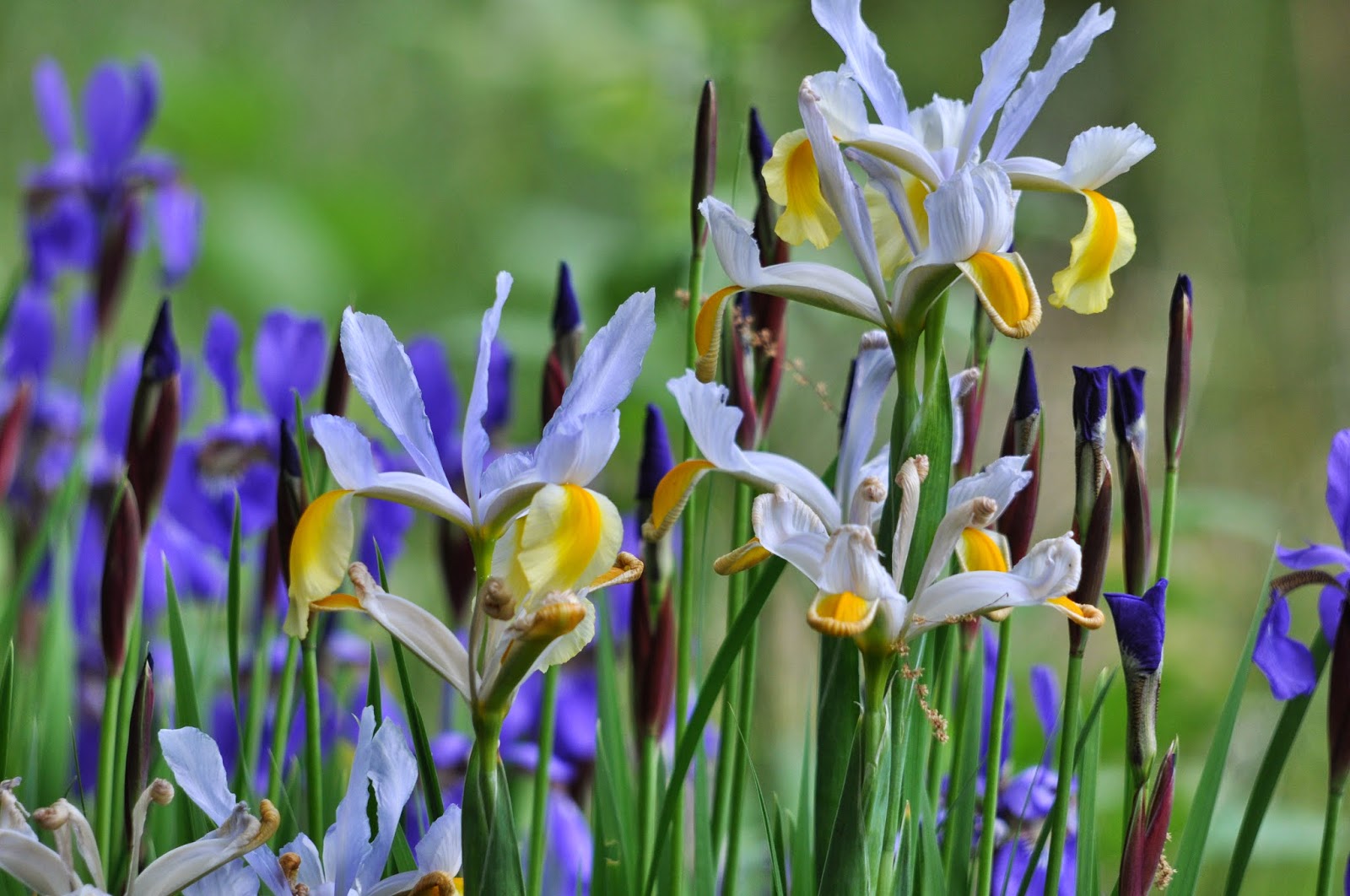 and one of this heron staring intently into the pond, hoping that supper would swim or by.  Thanks for letting me share some of our adventures yesterday. To see other postings that look up and look down, don't forget to check out Debbie's meme. 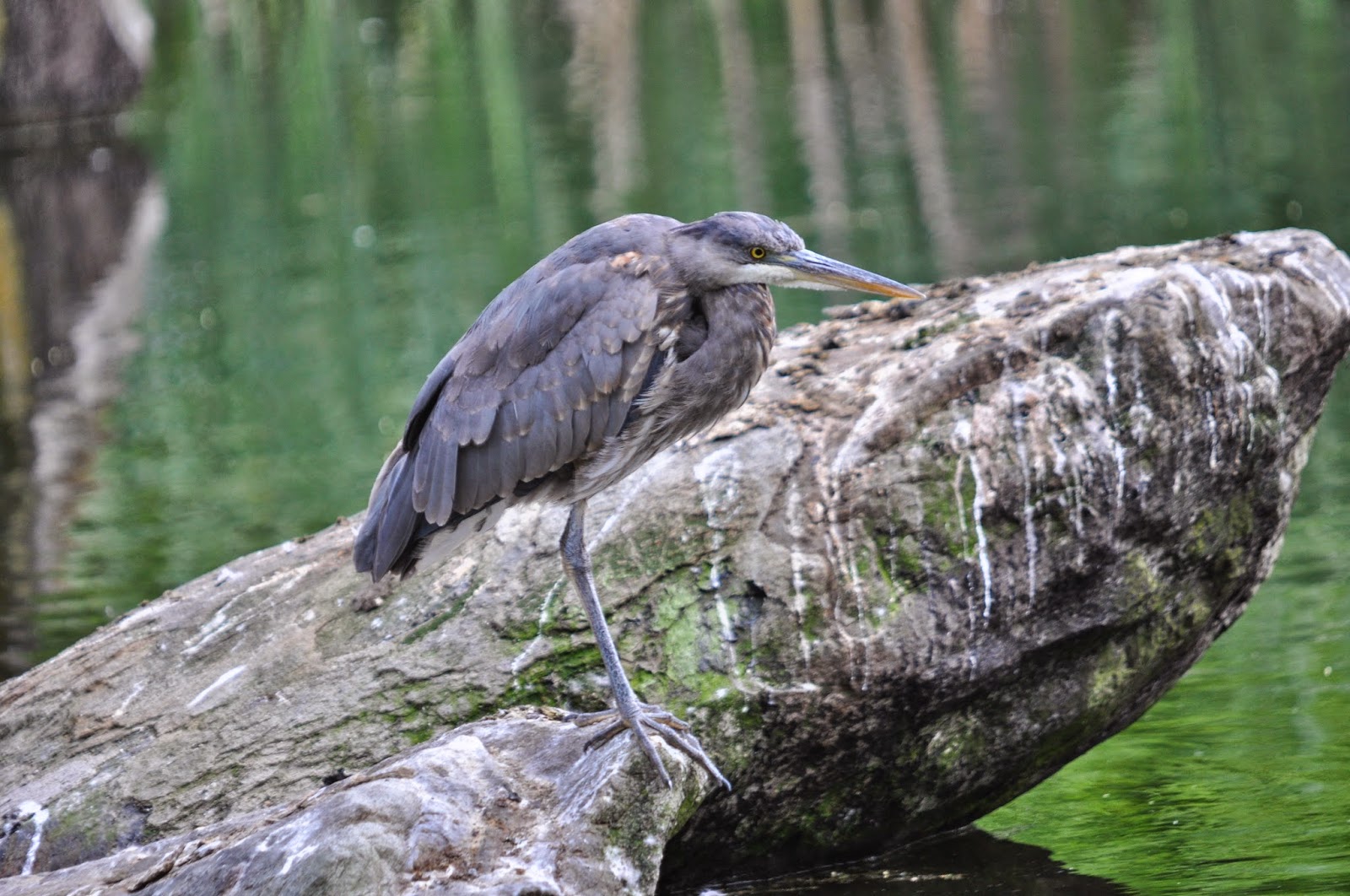