I have loved the colour blue since childhood so Smiling Sally's Blue Monday blog meme has been a happy discovery.  Yesterday, Bill and I had a lot of fun walking through Vancouver streets looking for some blue to share with you this morning.

Here's a special message to my great-nephew, W.  "Just wanted to say, "I love you!  See?  Even this Canada Goose is waving "hi" to you all the way from Vancouver!  Can you find the blue in the pictures today?  There is only one photo with no blue, but when you see it, I think you will agree with me it was too beautiful to leave out of the post. 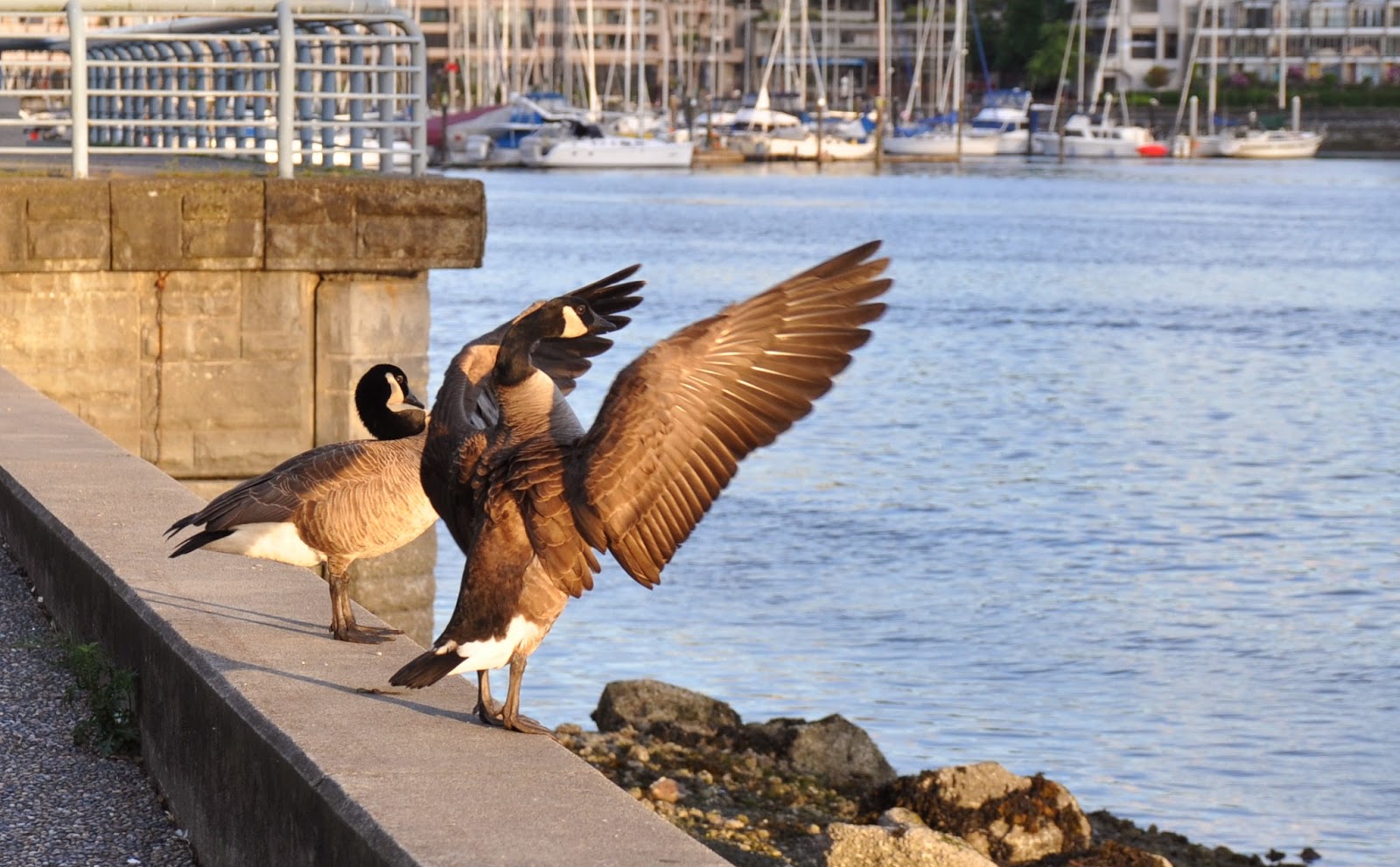 There's Bill and Black Jack.  We went to Starbucks yesterday because the café we usually go to closed early.  We had fun doing the crossword puzzle, even though we didn't quite finish it because we decided our brains had had enough work and needed a rest.  There are actually four shades of blue in this photo (five, if you count Bill's eyes).  Not bad, huh? 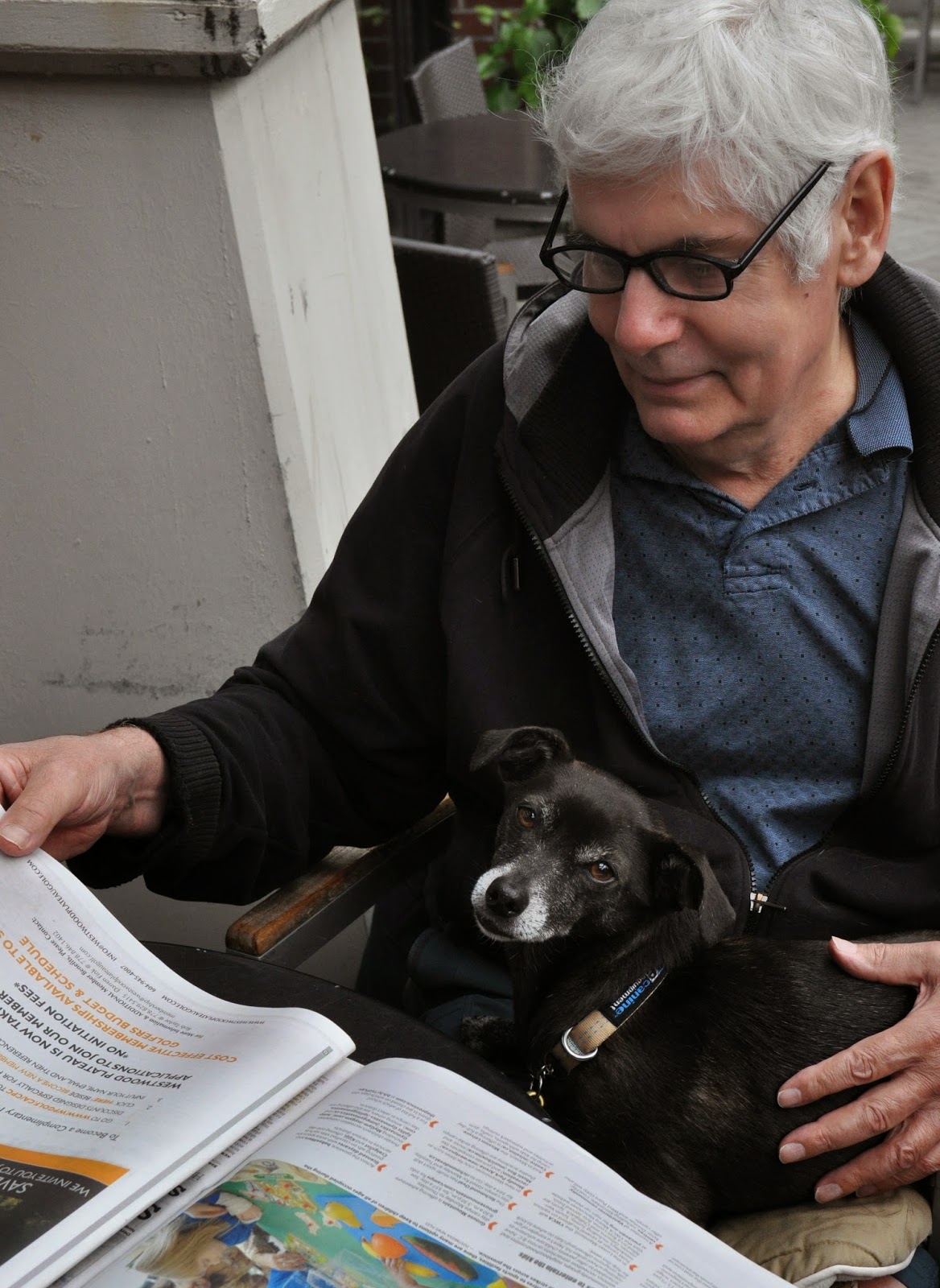 This caboose has been sitting at the corner of Nelson Street and Mainland for as long as I've been living in Yaletown.  It's right beside the Starbucks.  Note the blue frame (not sure what it is called) around the wheels :) 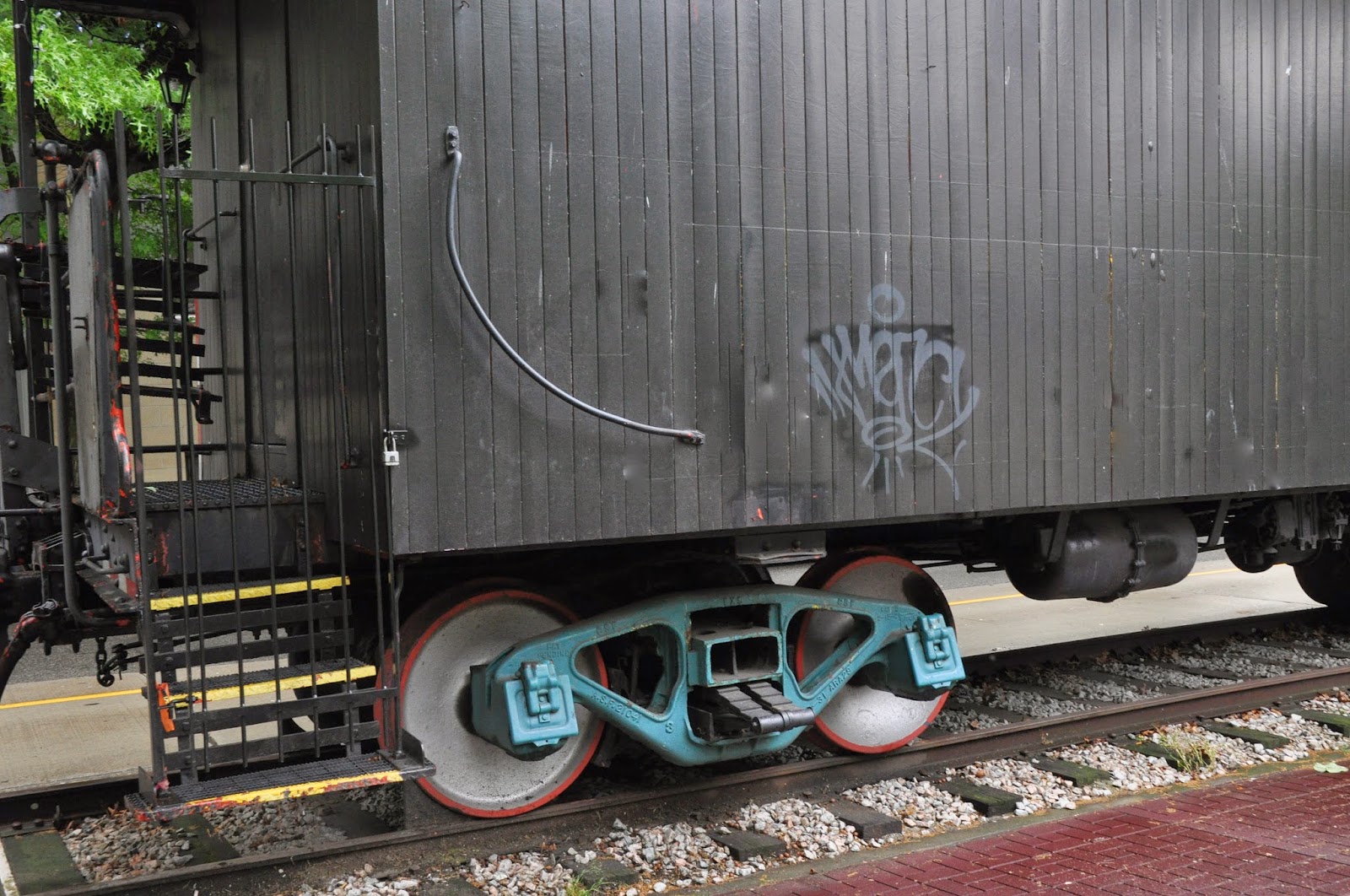 I have wondered about it but never really took time to explore its history.  Finally, this morning, I learned that It is called the Yaletown Caboose and it.. 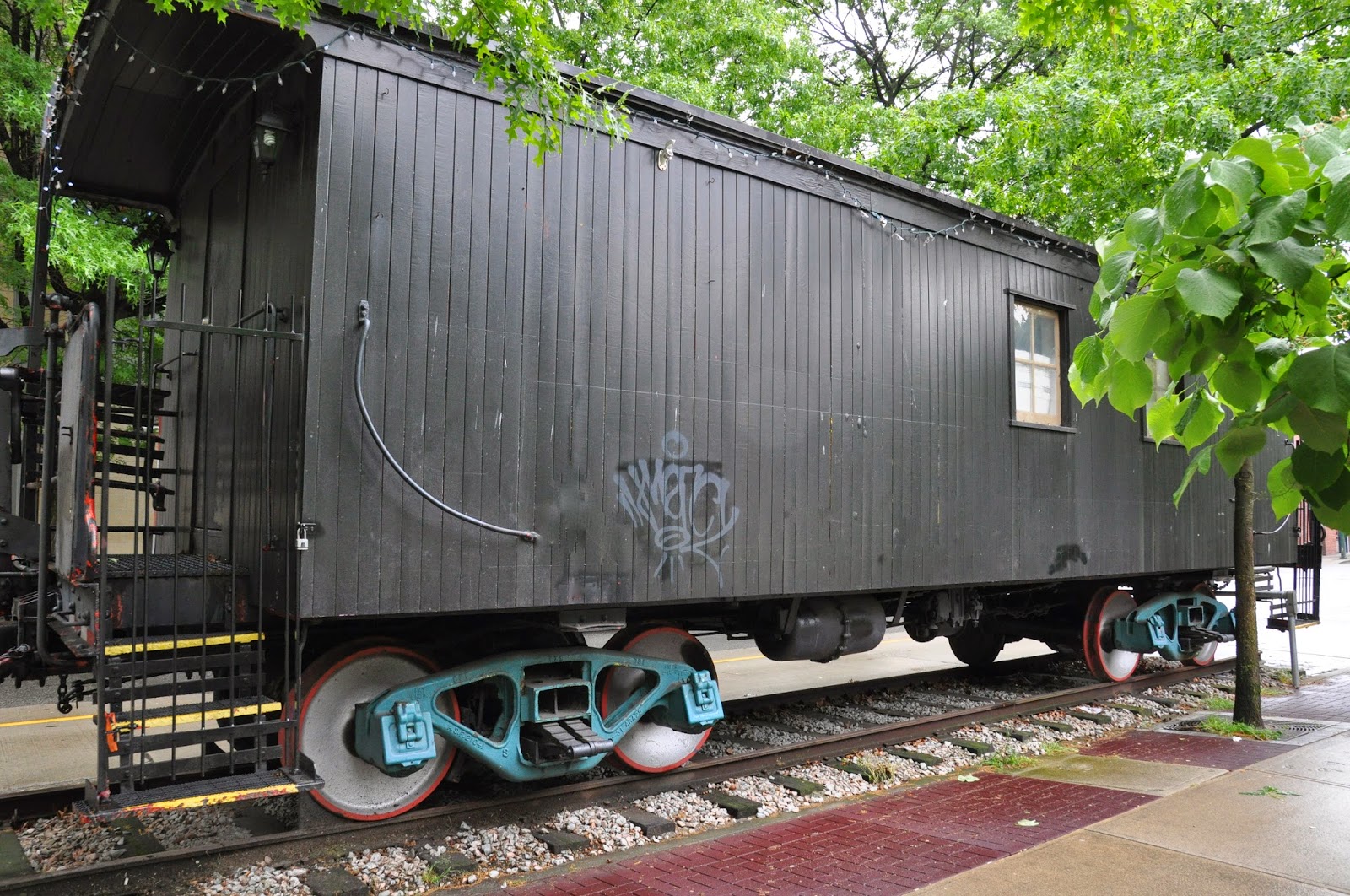 sits there to remind us of Vancouver's railway history.  You can read more about that if you have time to click on the link above.  I've never tried to go inside that caboose but I'd sure like to do that some day.  I wonder if it is kept locked. 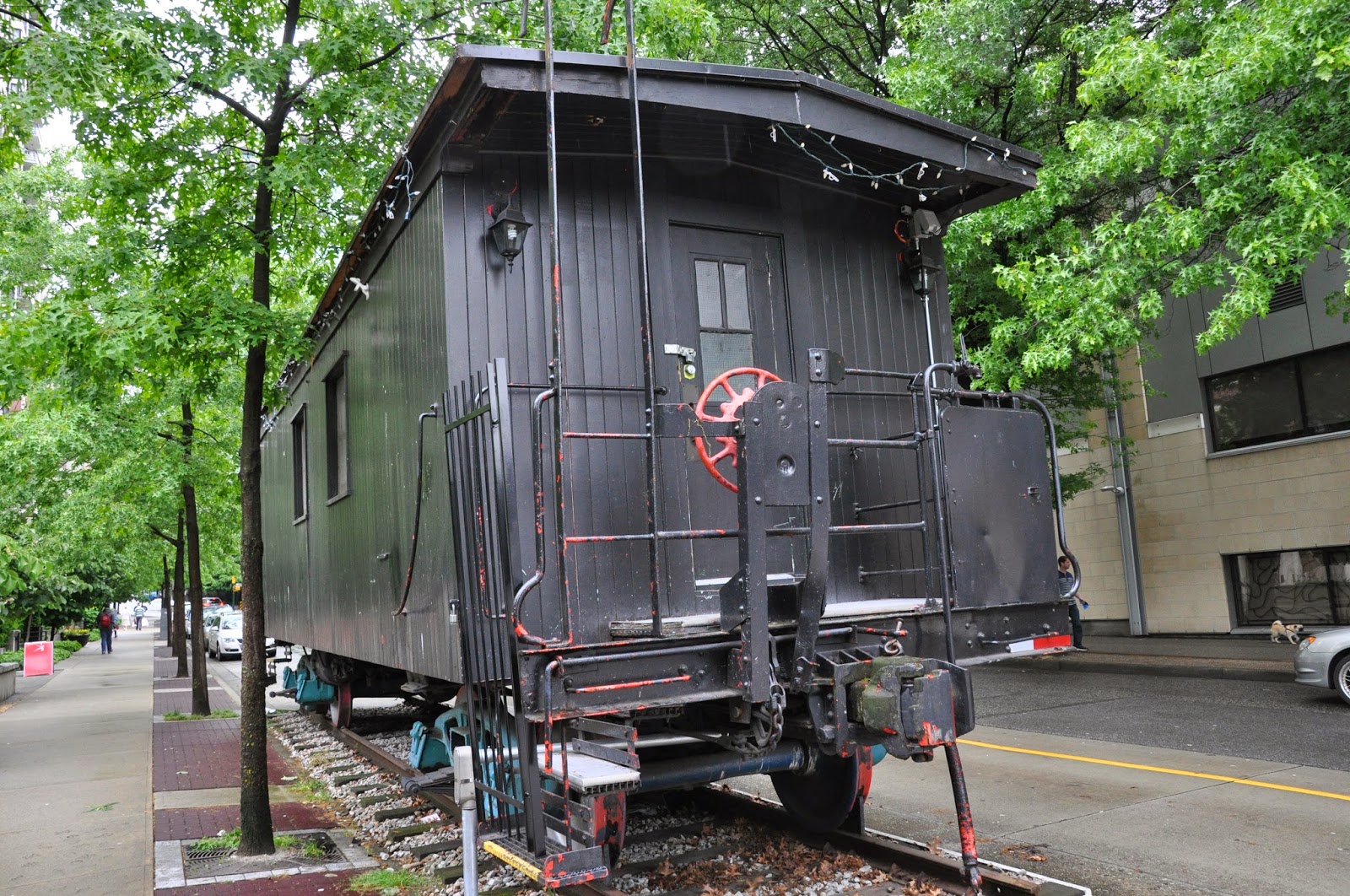 Here's a close up of that blue piece in front of the wheels.  I guess it might be better to call that colour turquoise, but it's still a kind of blue.  W, your Nanny and I used to wave at the man in the caboose when we were little girls. 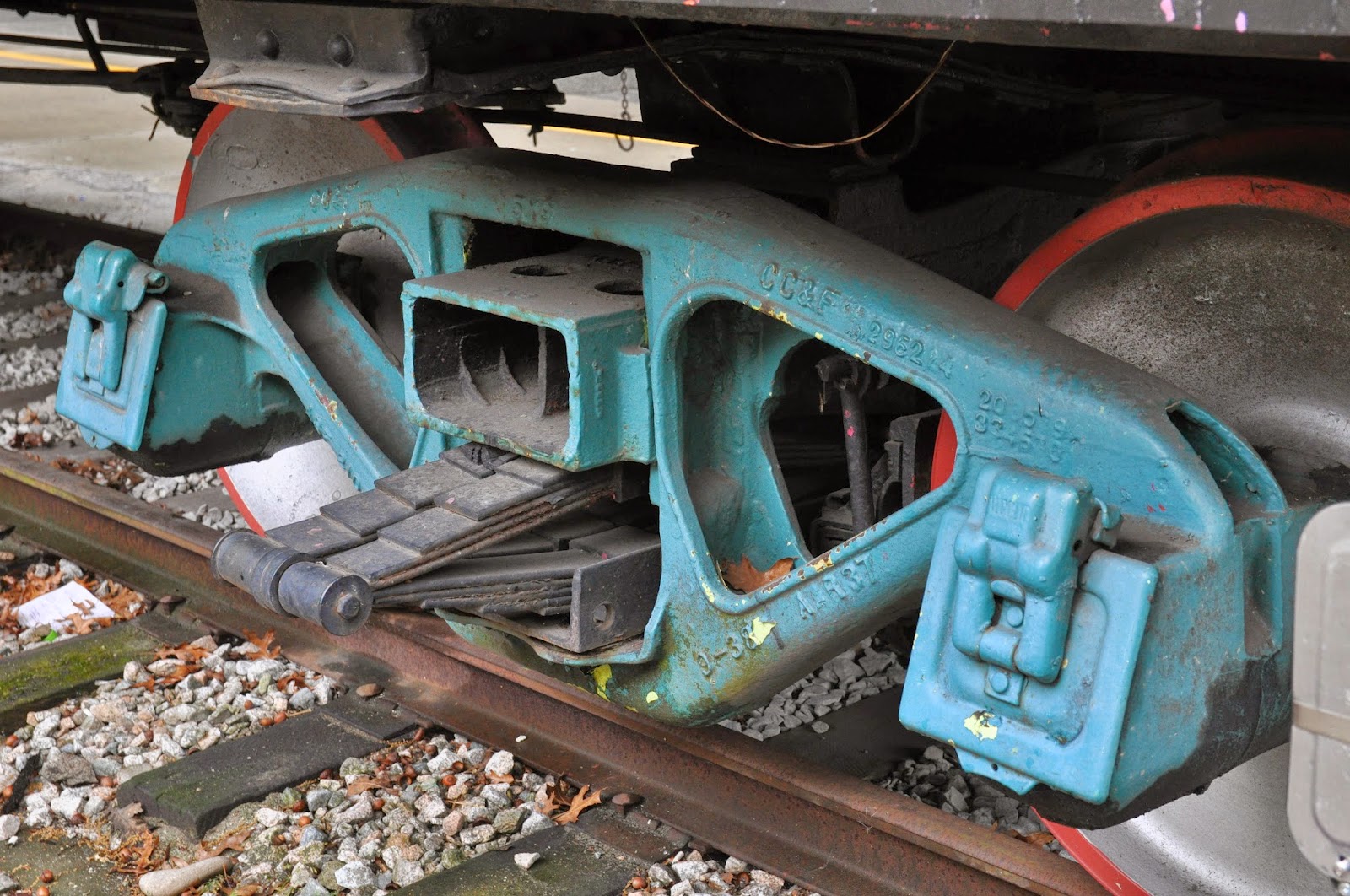 Here's the only picture with no blue.  Bill pointed out the raindrops on these beautiful hostas and I knew they had to be included in this post.  I almost imagine I see a kind of blue in them. 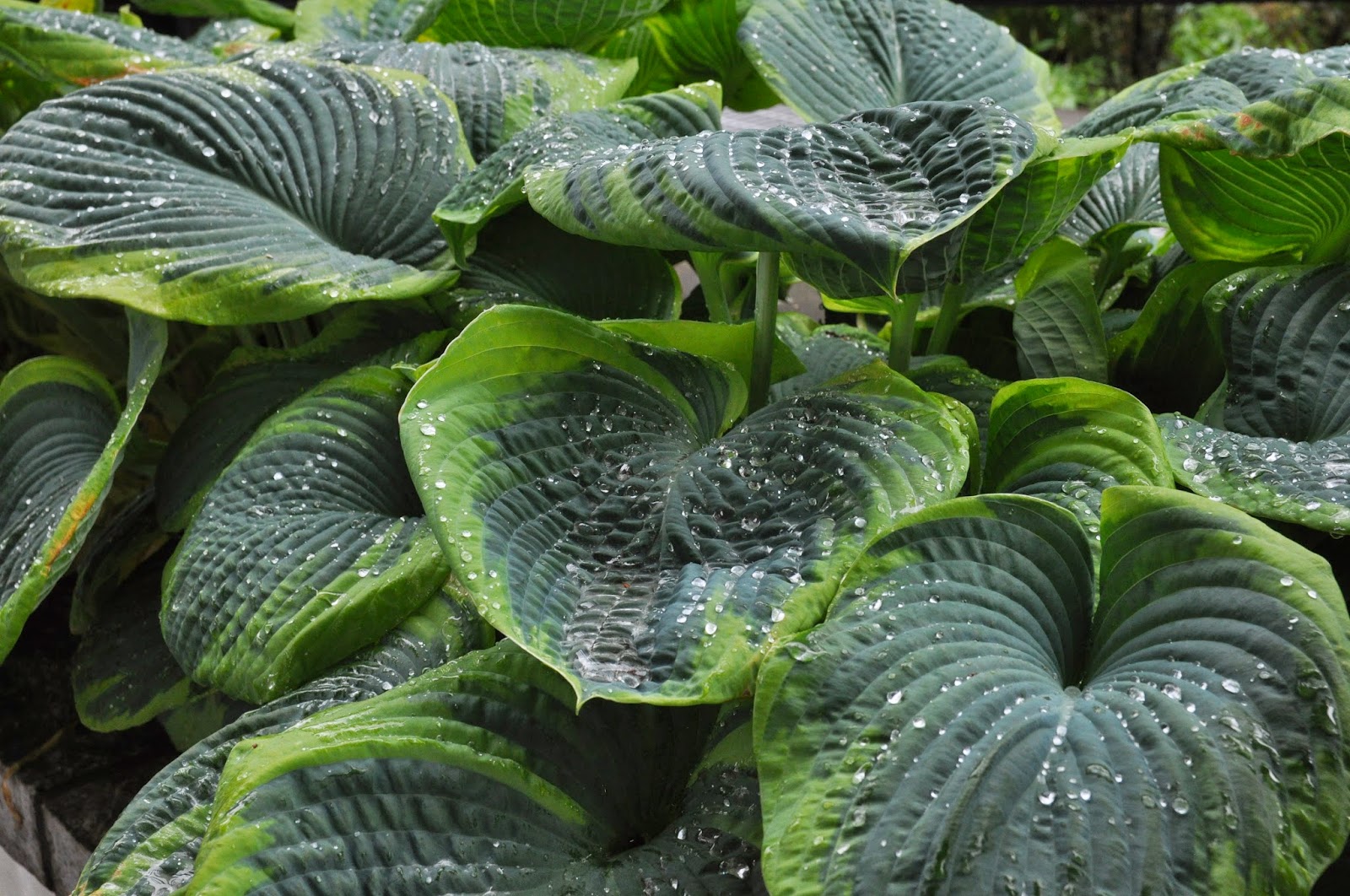 We saw this poster in front of a café.  David Suzuki is one of my heroes and the ocean is a part of my heritage since my grandfather was a fisherman.  This event will happen in Tofino.  It's a little too far to go for now, but I hope lots of people attend.  I've only been to Tofino once and that was with Bill.  What a great time we had!  Taking care of our oceans is not optional.  Our lives depend on it. 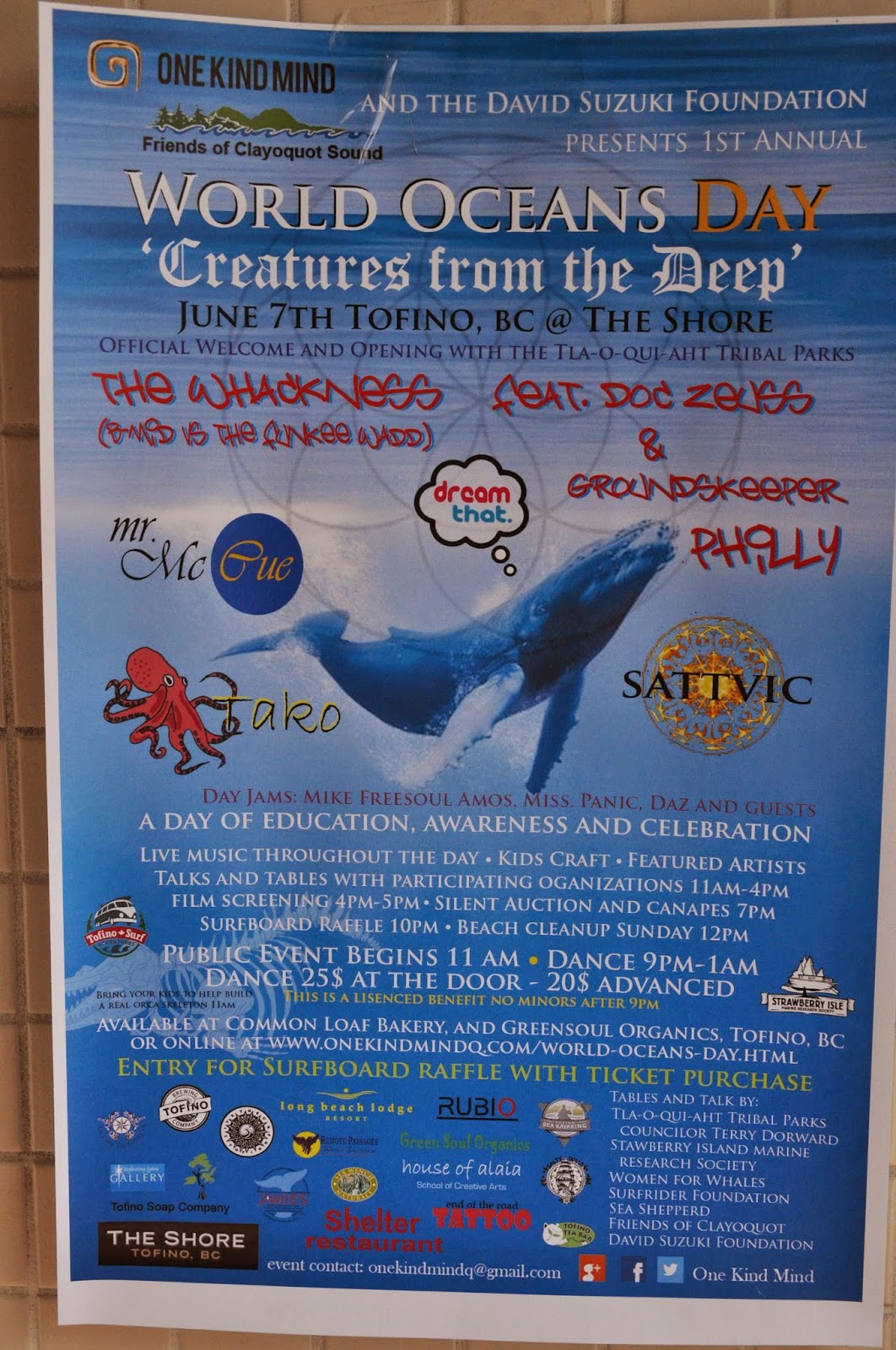 As Bill and I walked along Mainland Street, our eyes were searching for blue.  I think we both saw this window display at the same moment.  I was just seeing that wonderful, marbly blue, but it was Bill who noticed the bread in the shape of a crocodile. 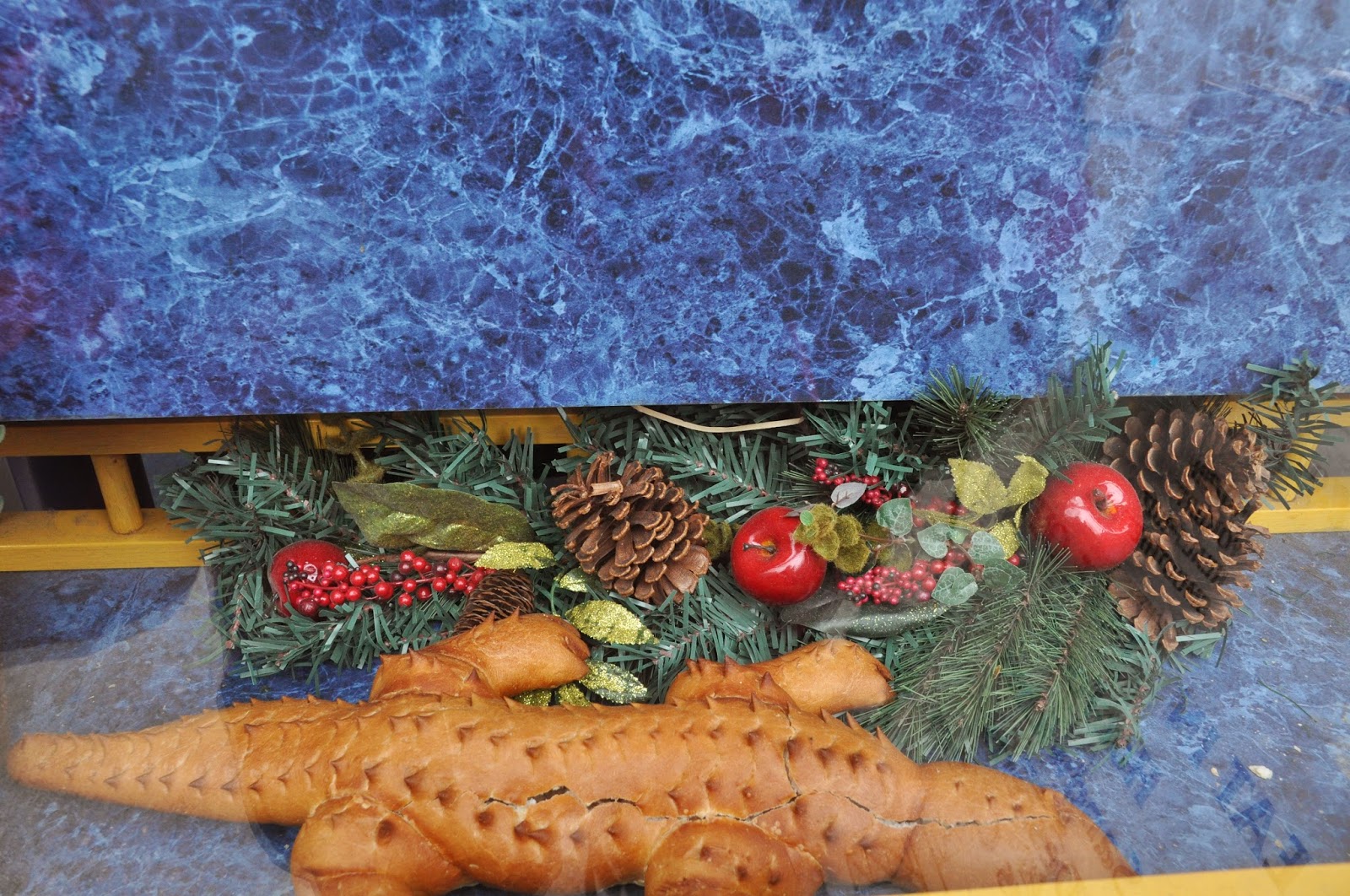 It was hard to get a clear picture because of the window reflection, but can you recognize the bread animal in this one? 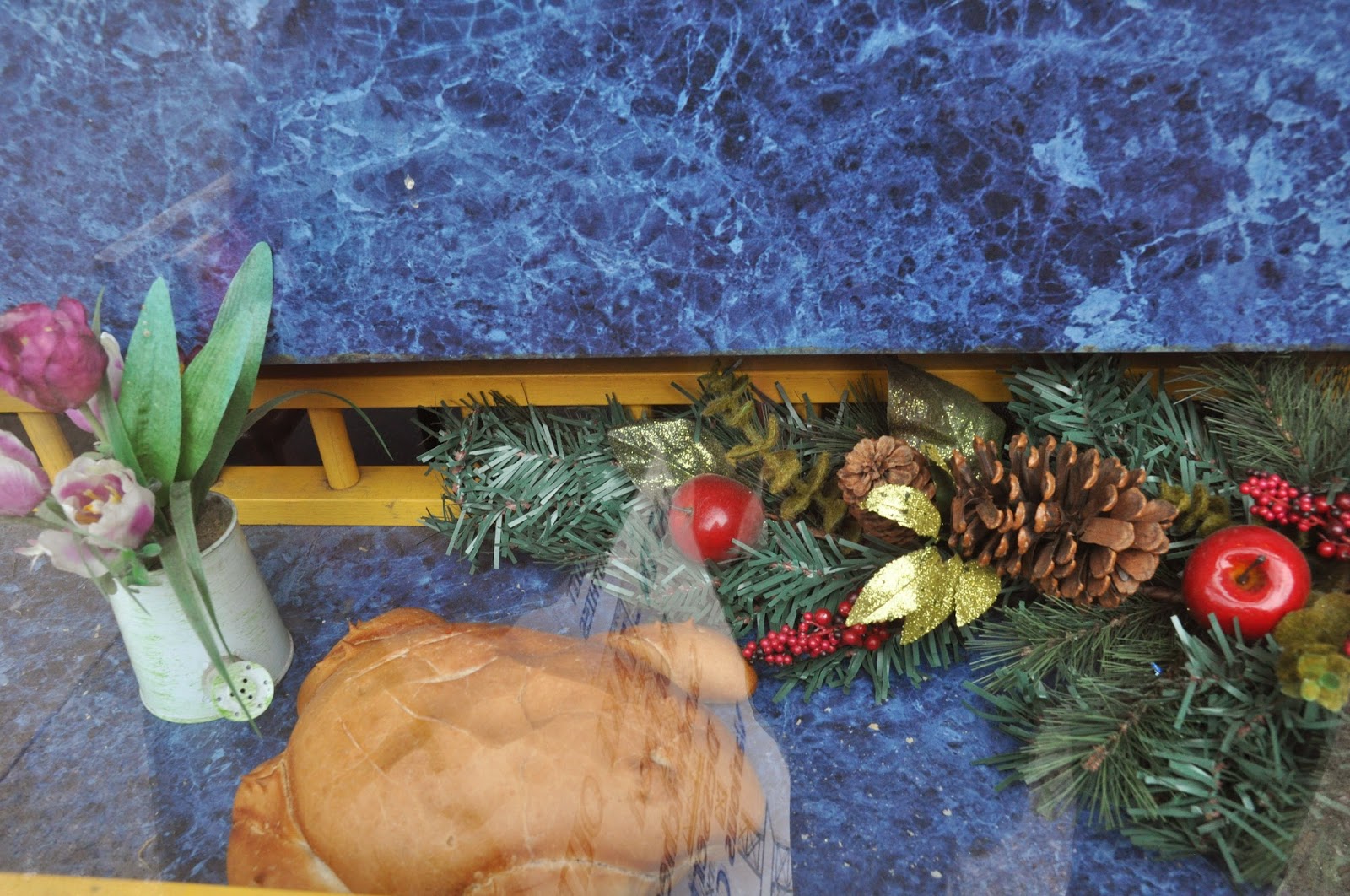 I thought I should take a picture so that I could tell you the name of the store.  We've never been in that bakery.. 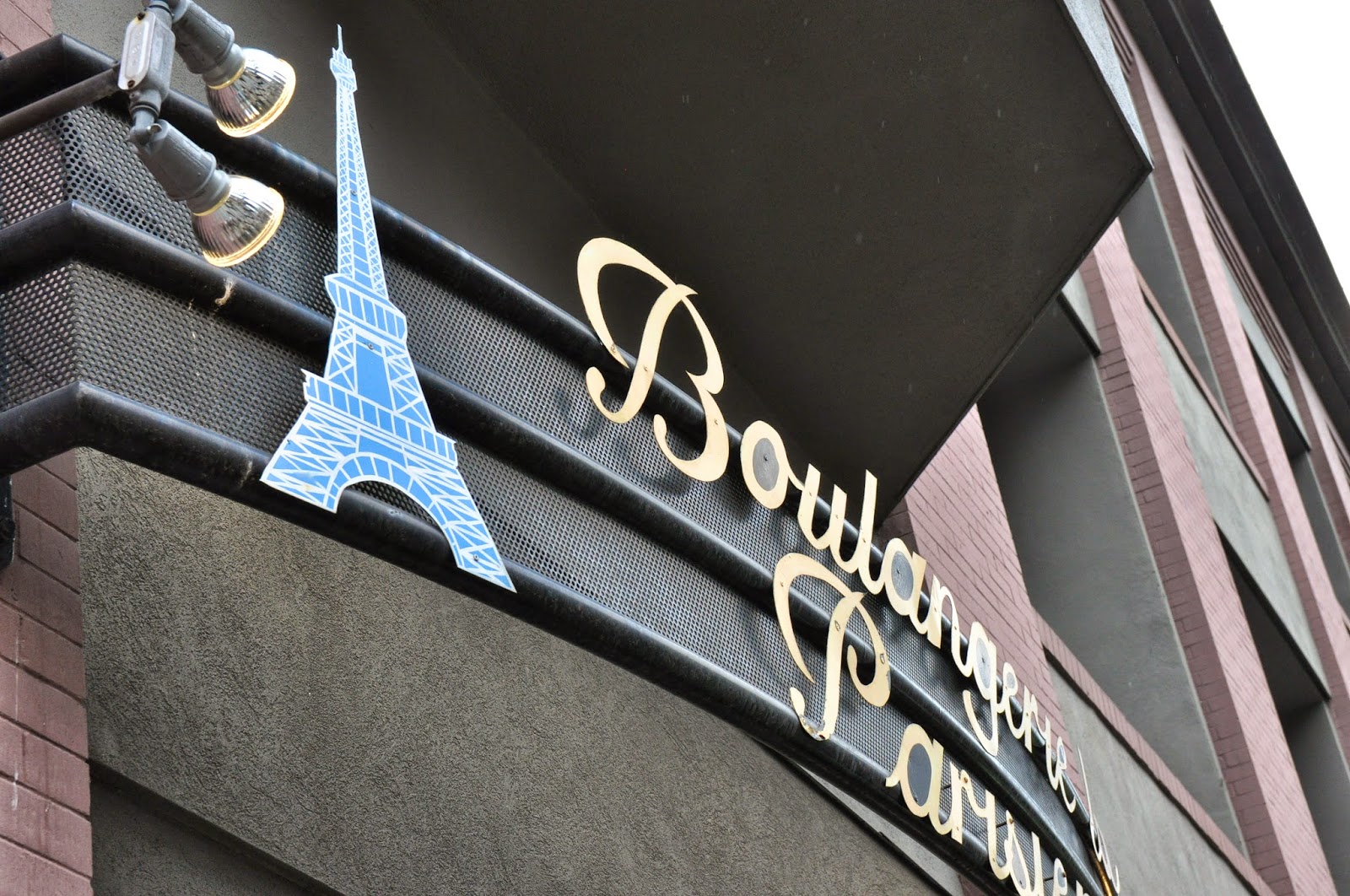 but its Eiffel Tower was a very nice shade of blue-turquoise. 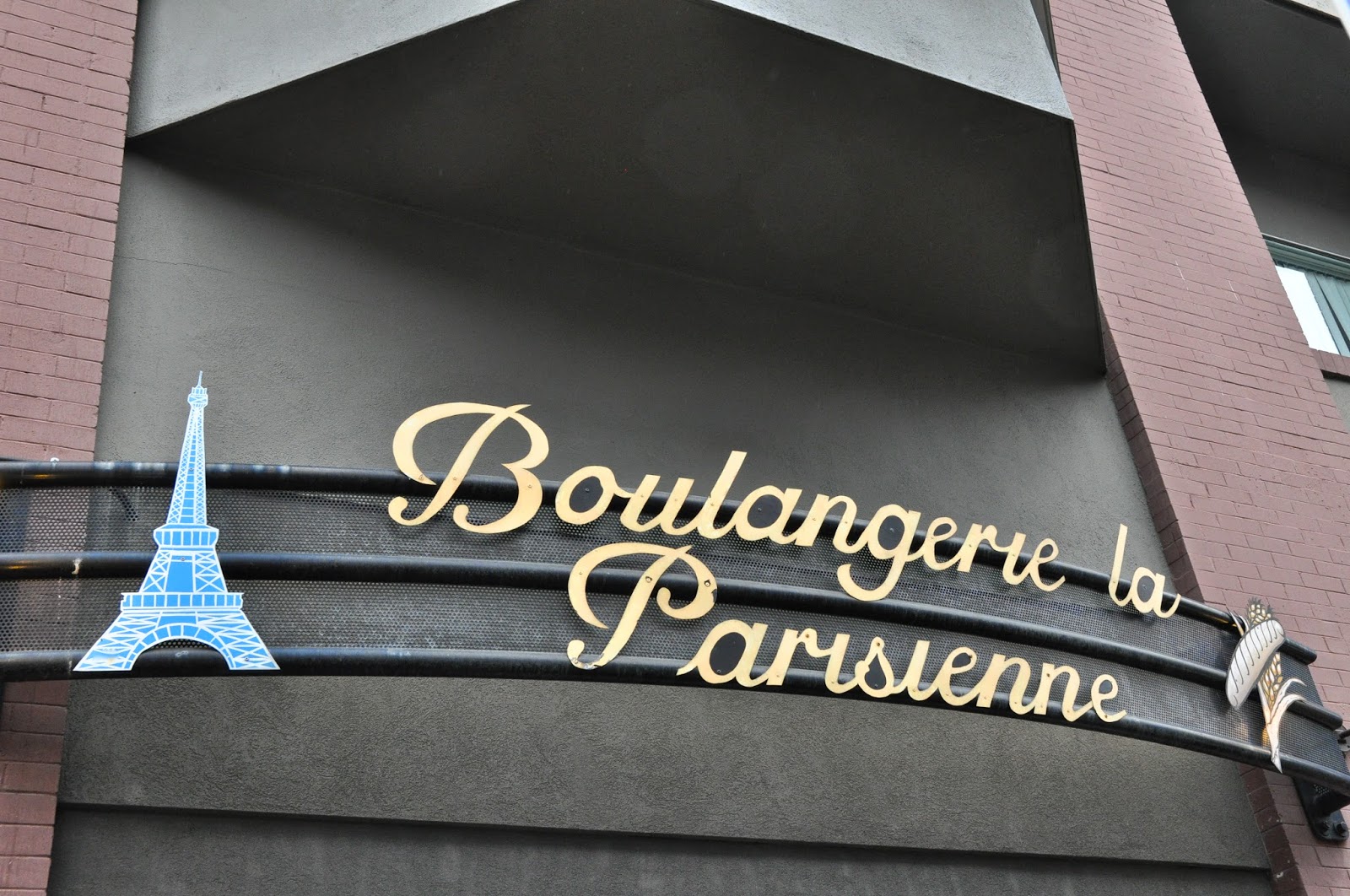 These forget-me-nots were especially beautiful yesterday, 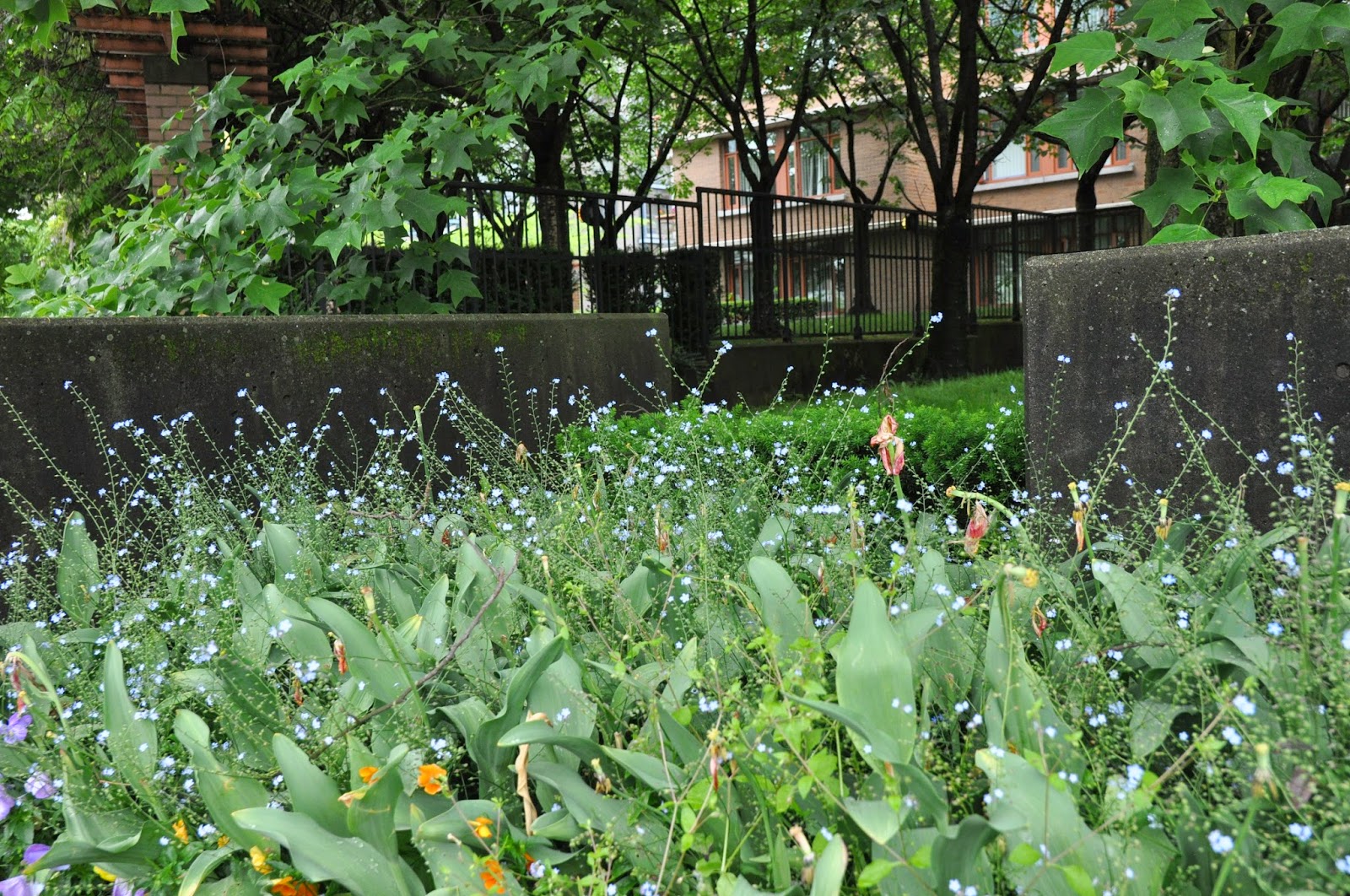 so I used my small lens to get a close-up of two of them. 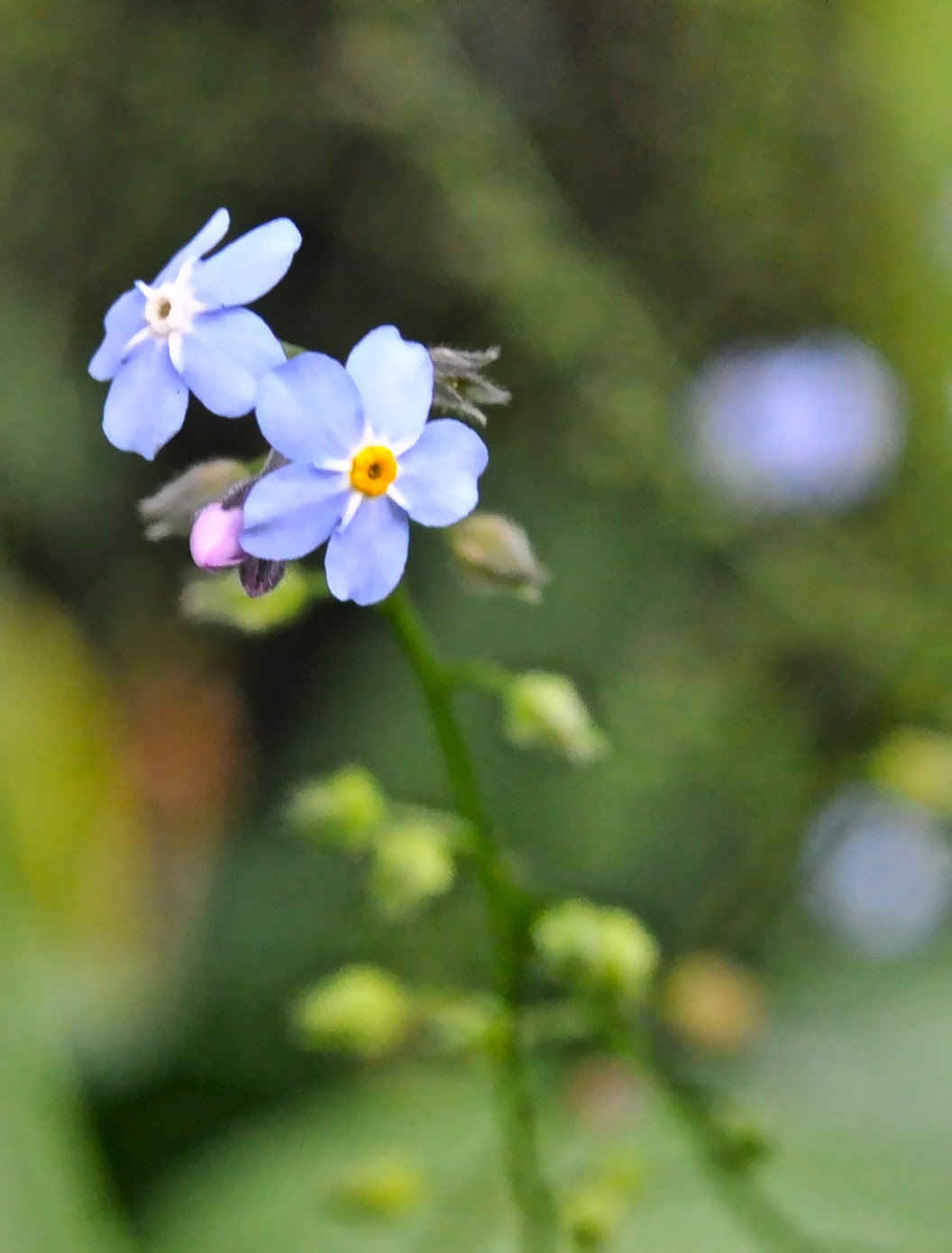 We walked by a restaurant's open door and saw that the Montreal-New York hockey game was on.  Bill checked out the score and I took a picture of those lovely wine glasses above the television.  We watched the rest of the game at home and were a little bit sad when Montreal lost in overtime. 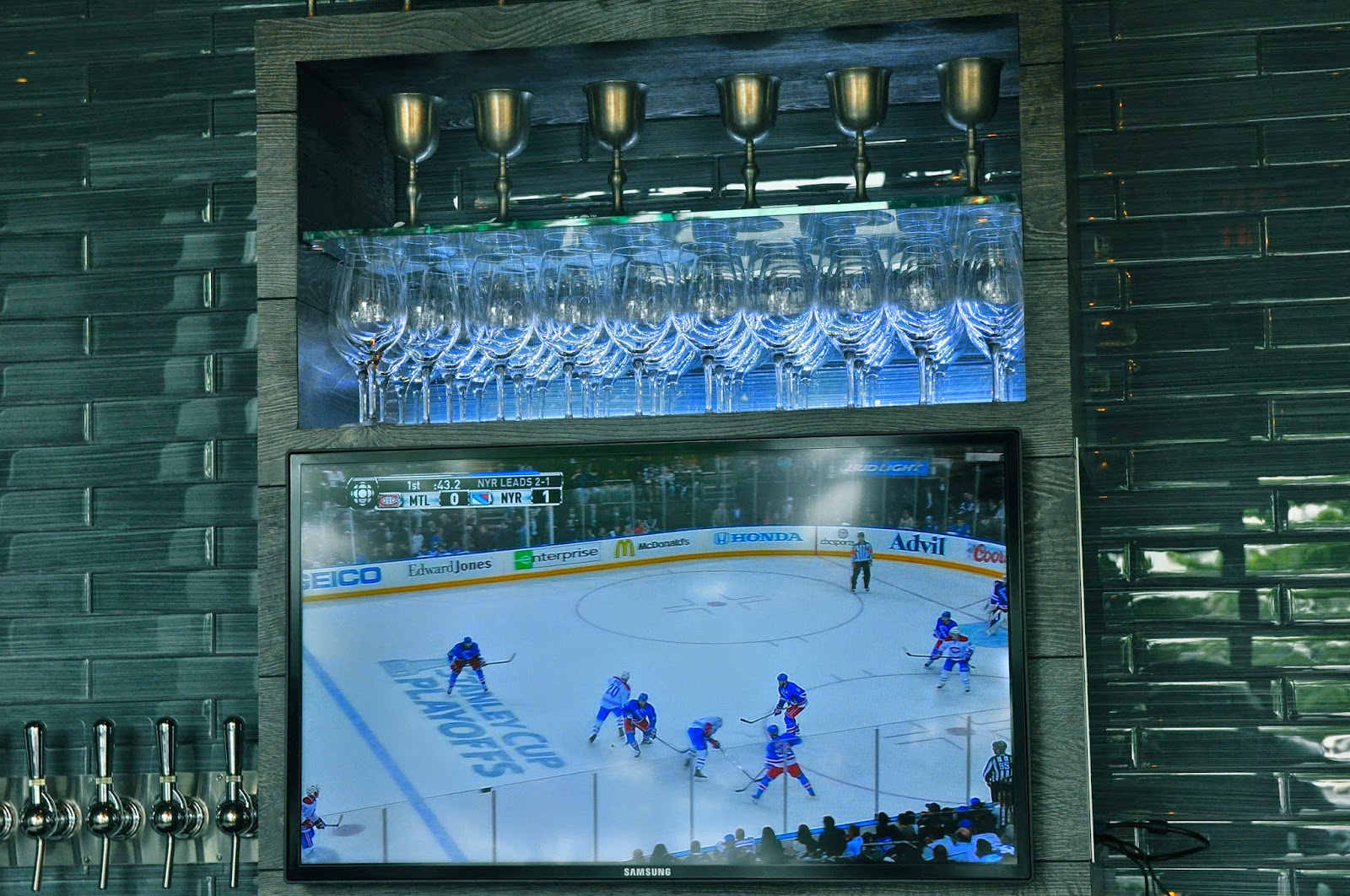 A few blue flowers in a hanging basket.. 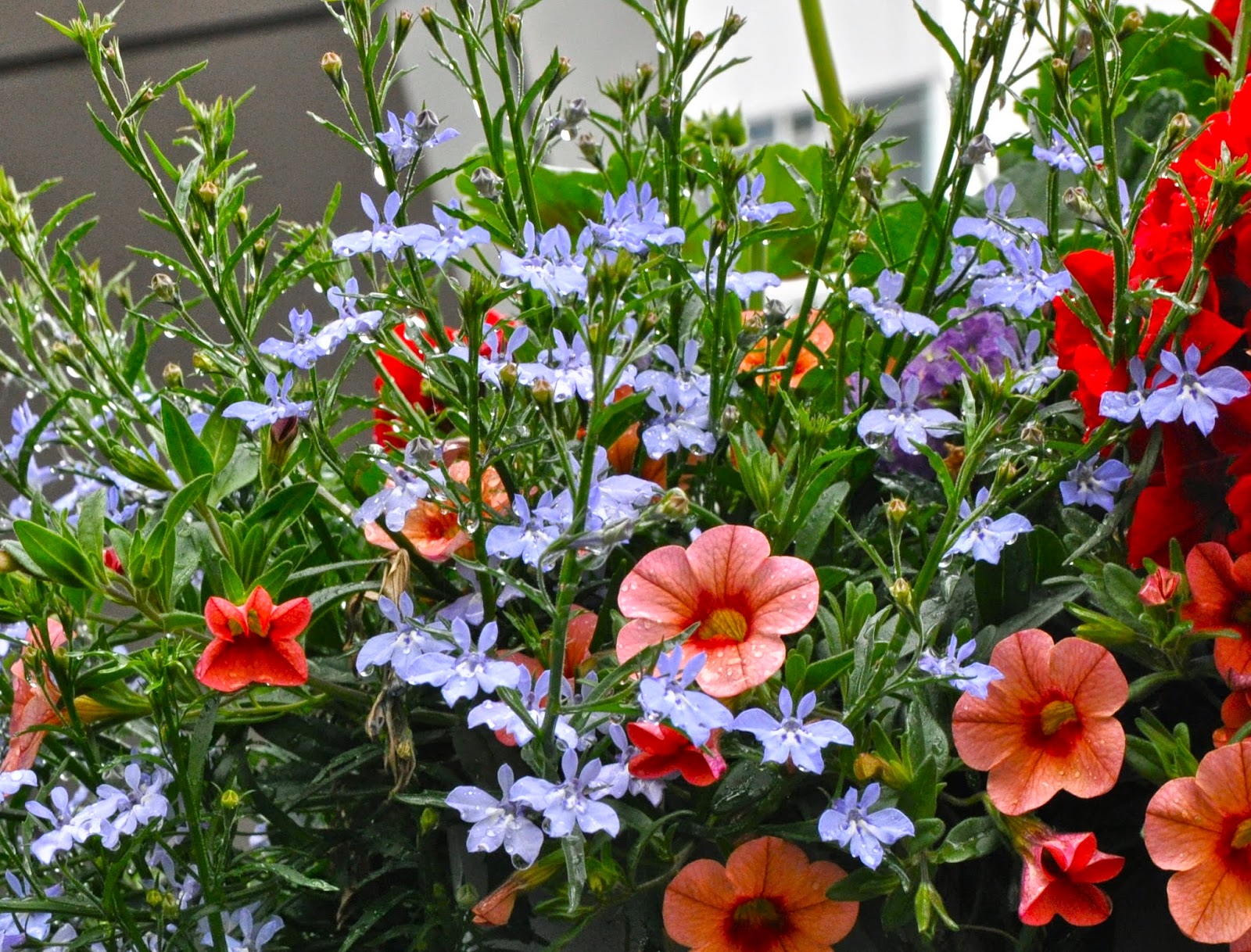 and lots of blue bicycles at.. 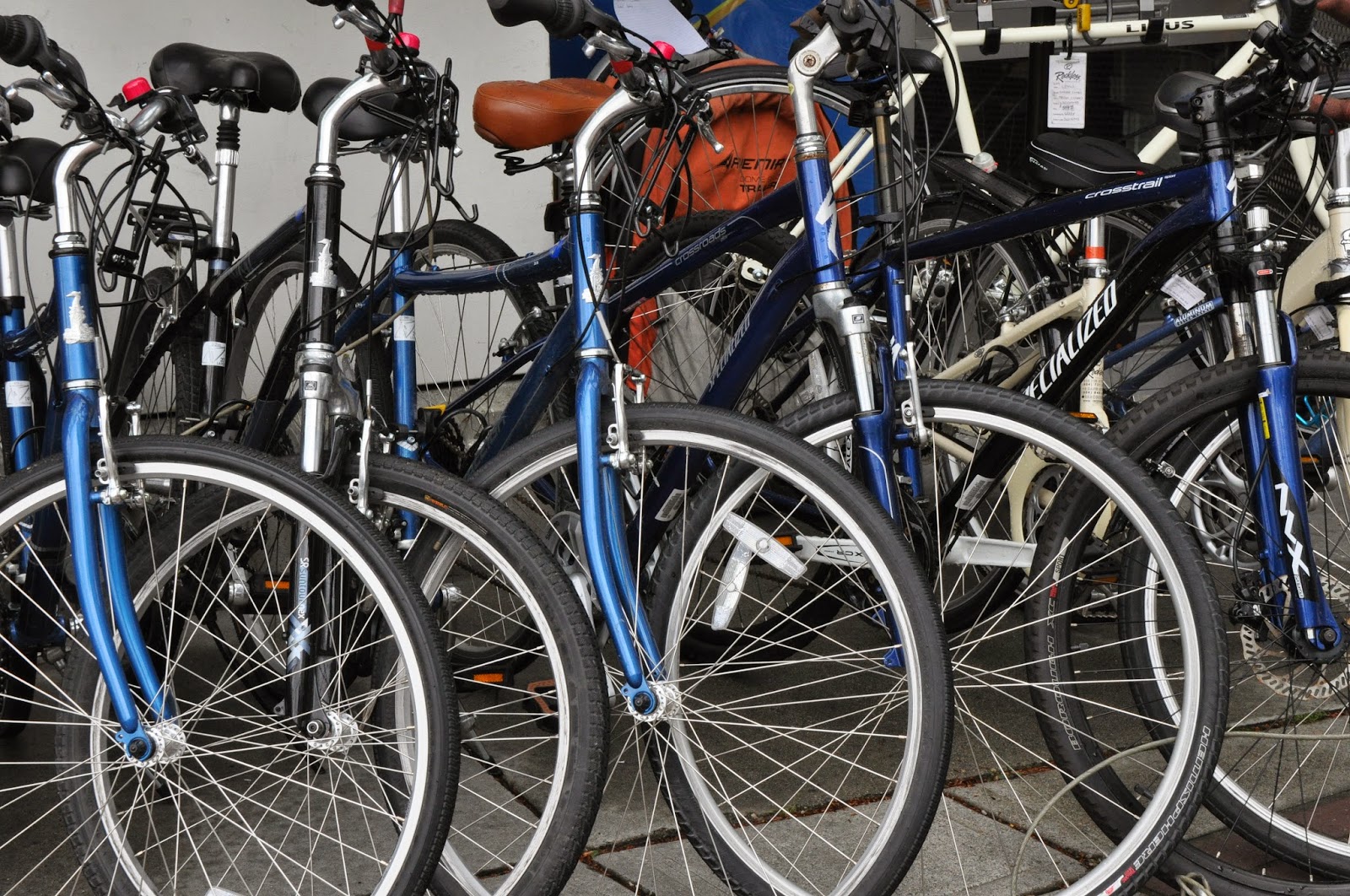 Reckless Bike Store bring this blue post to an end.  The employees at the store were.. 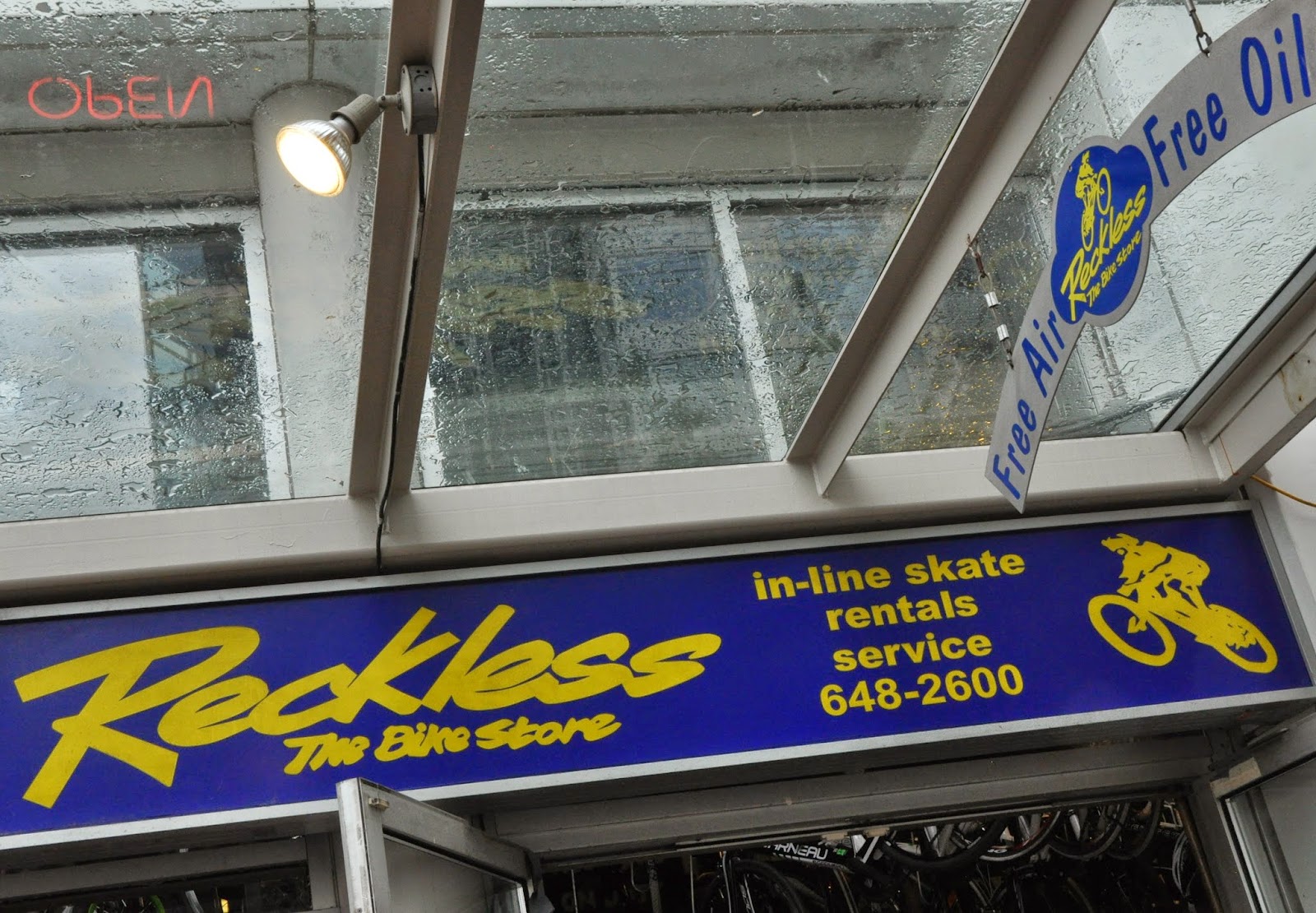 very friendly and this young man didn't object to having.. 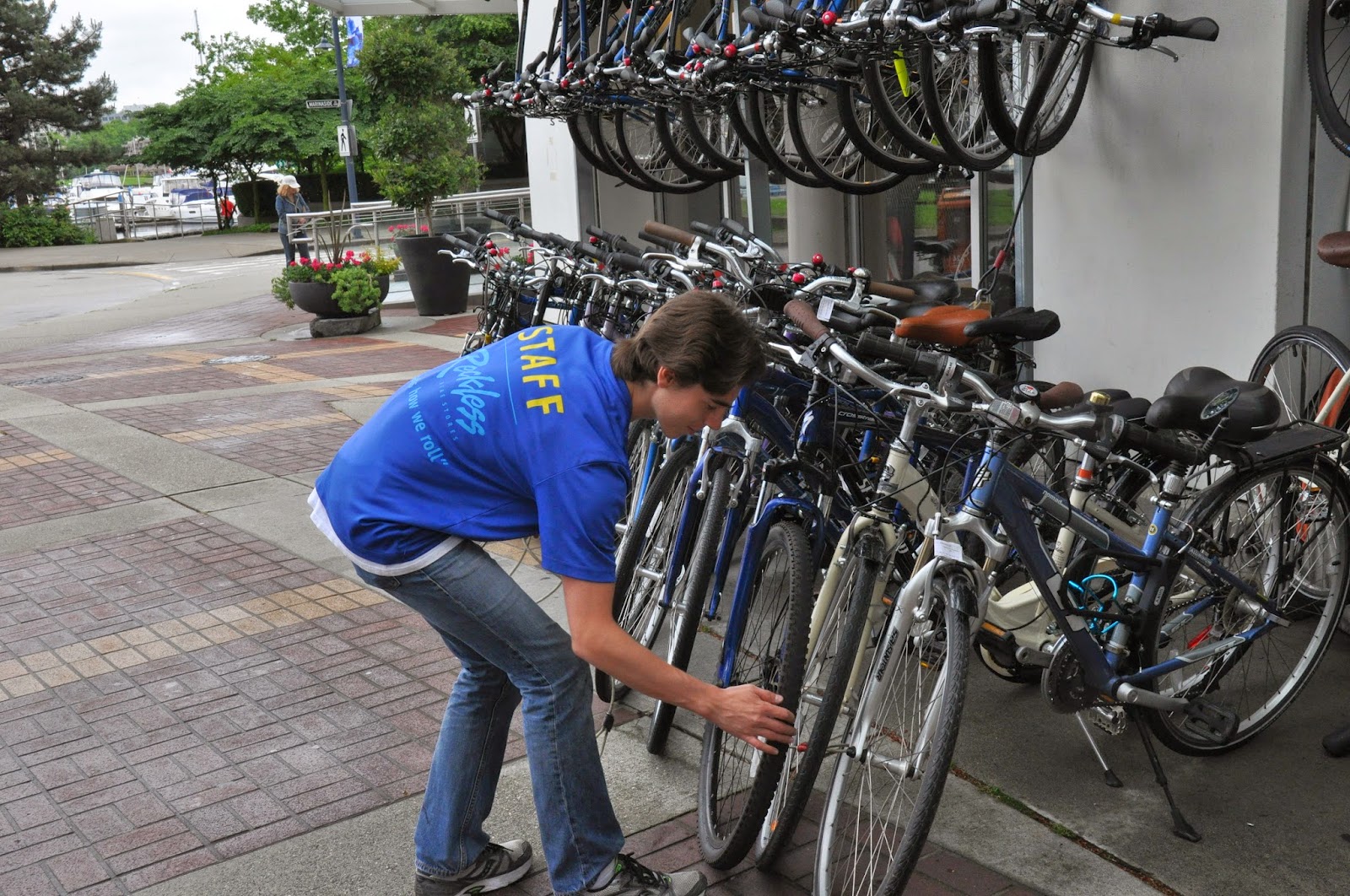 his picture taken.  W, your mother rented a bike from that very same store when she visited last year.  She rode for the first time in many years, and she was pretty good on that bike.  Ask her to show you the pictures. 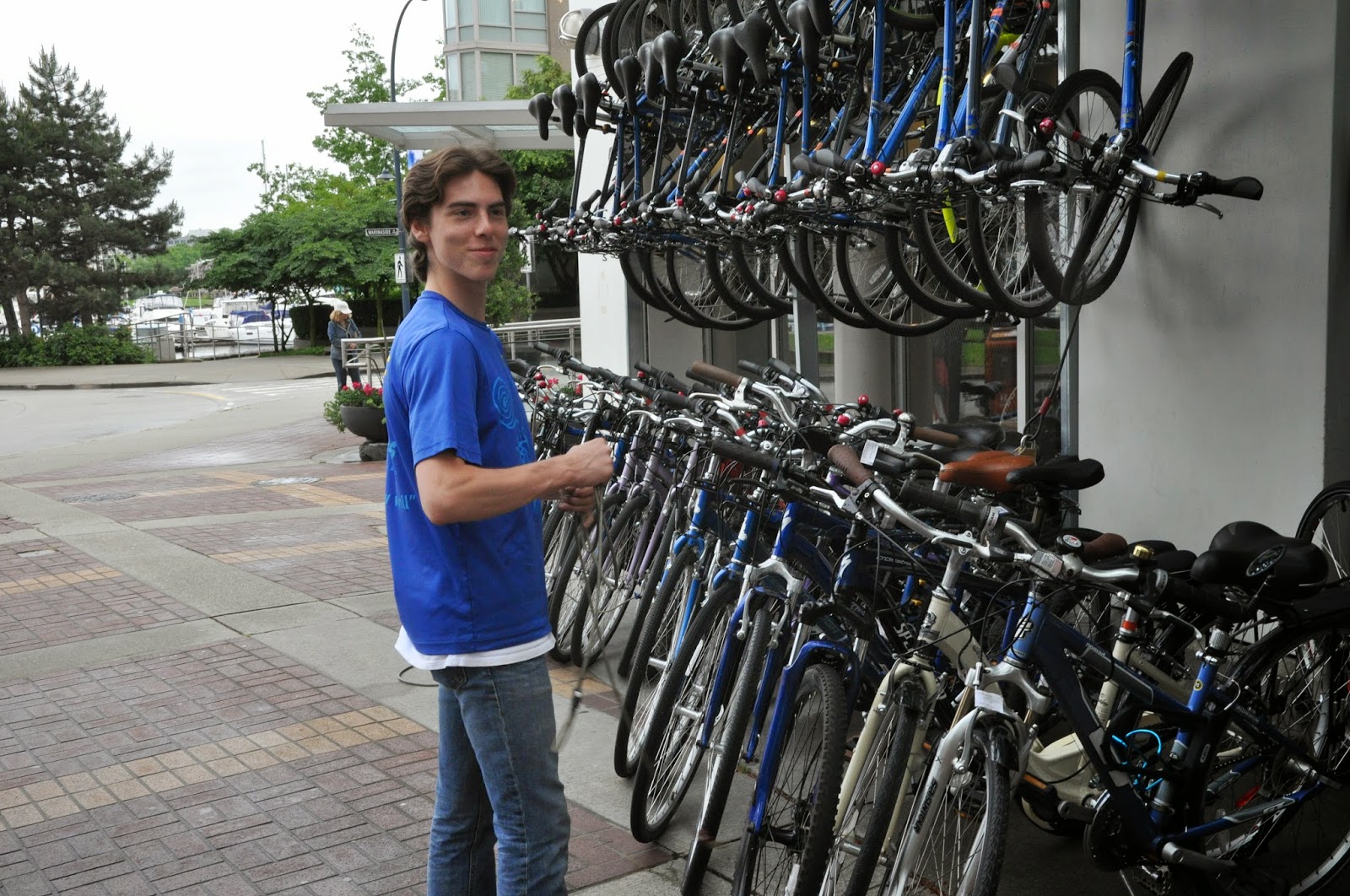 That's all for today, everyone.  Thank you so much for stopping by.  I hope you are going to have an amazing week.  If you would like to see more of the colour blue, don't forget to check out Blue Monday!